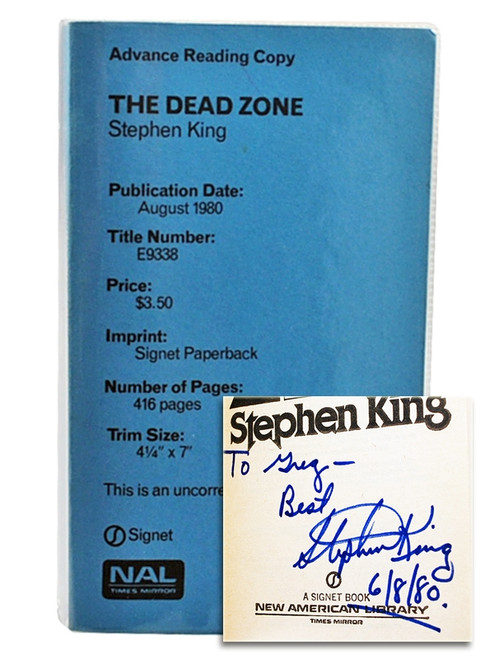 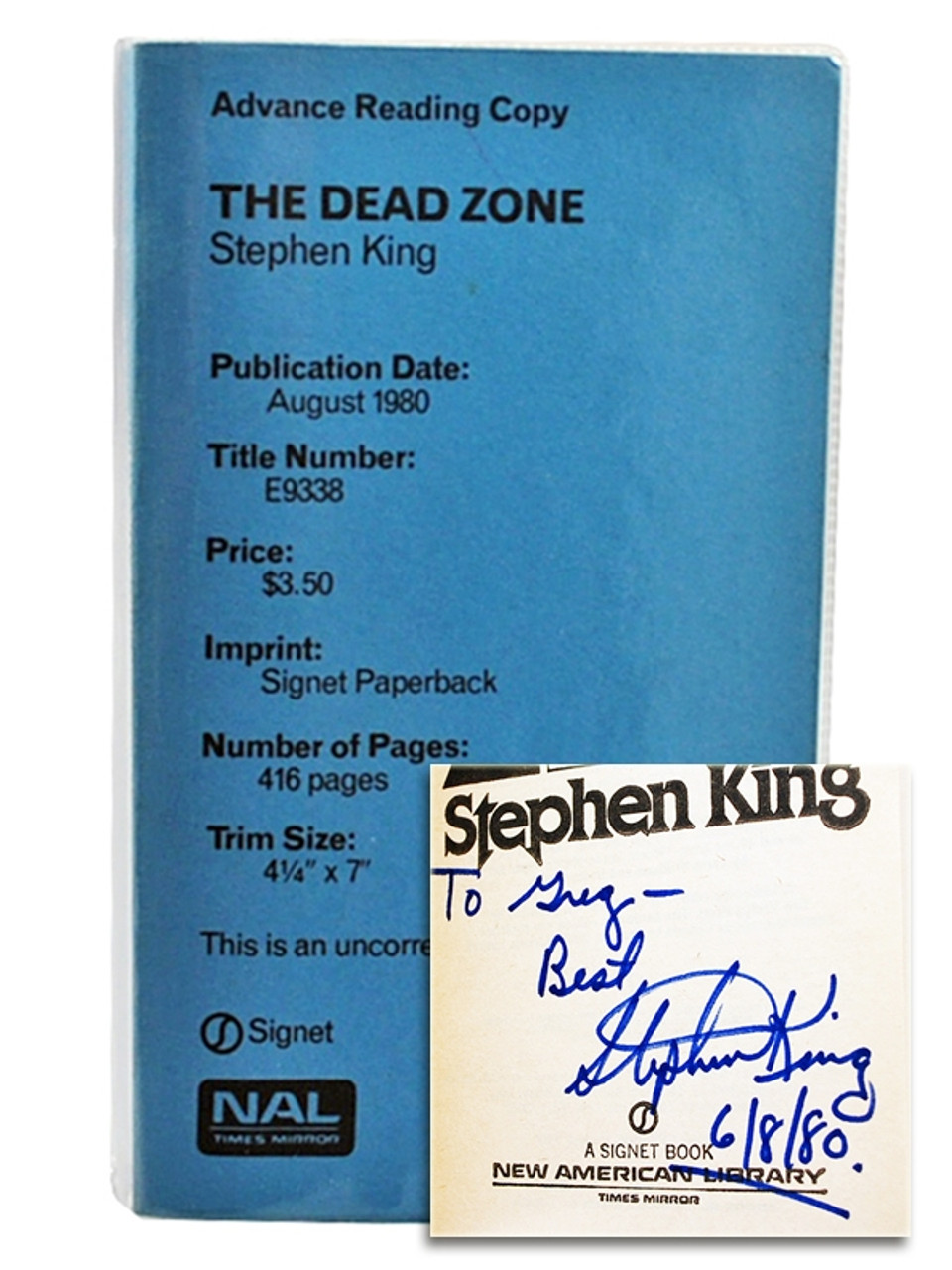 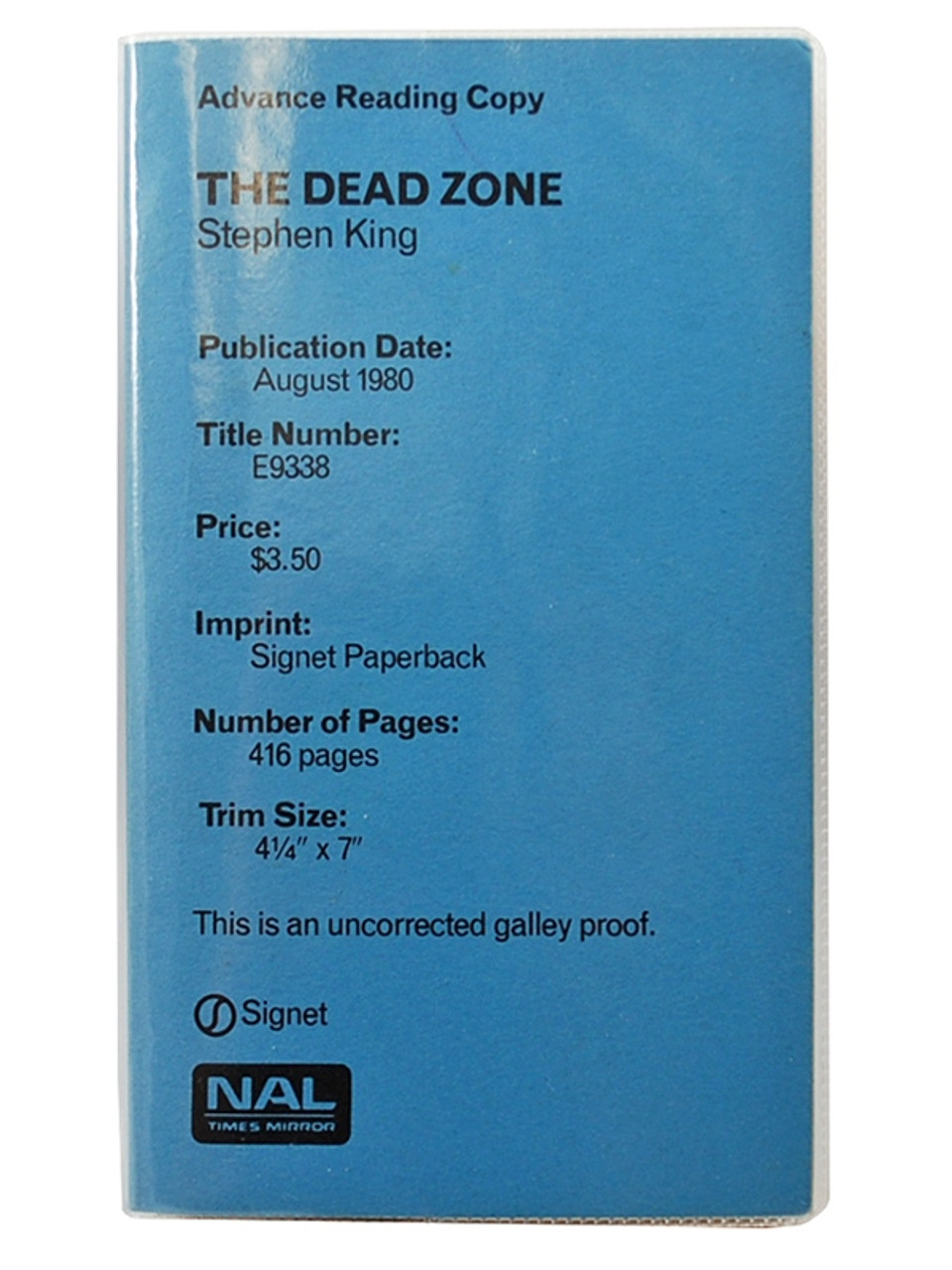 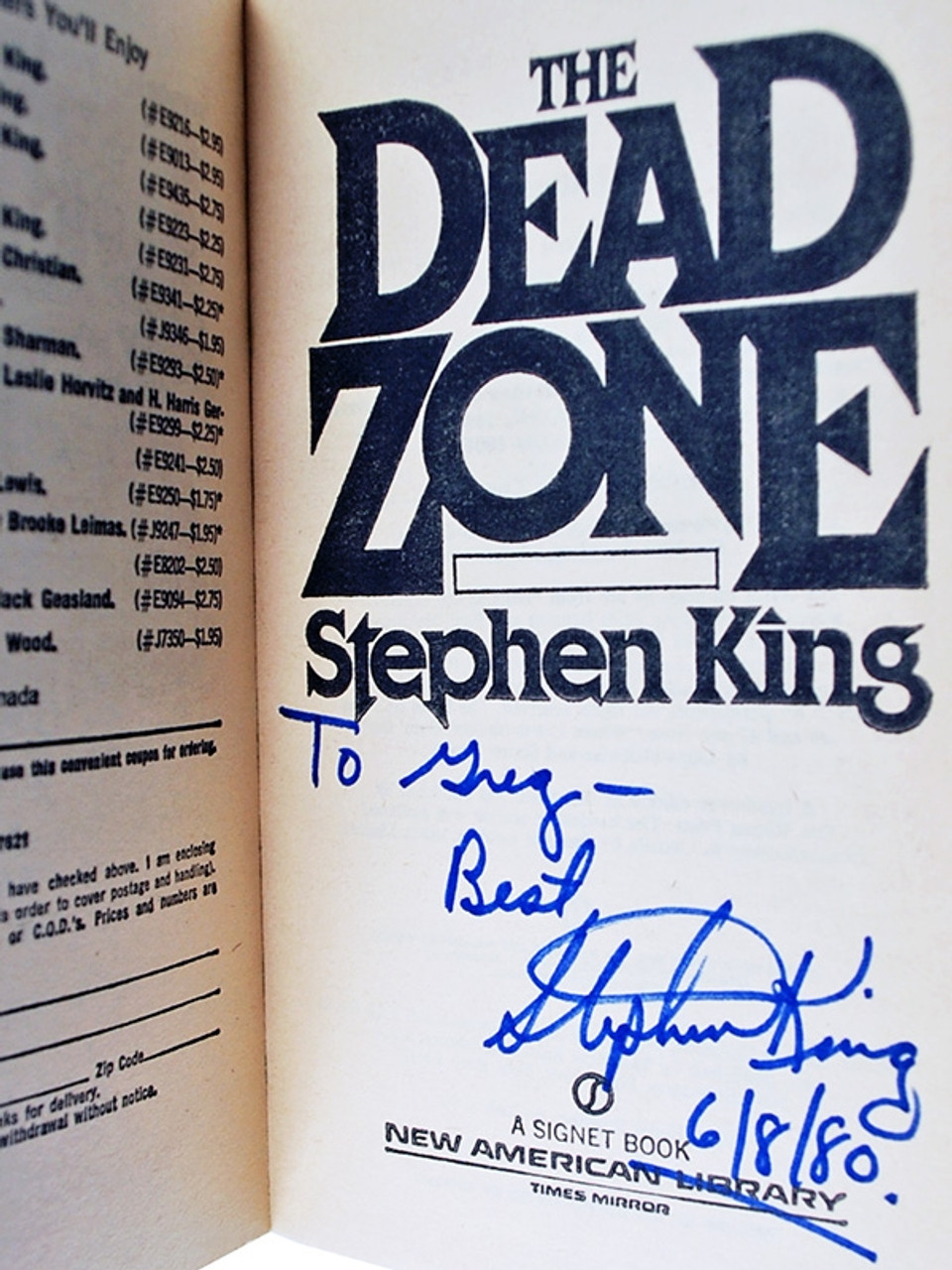 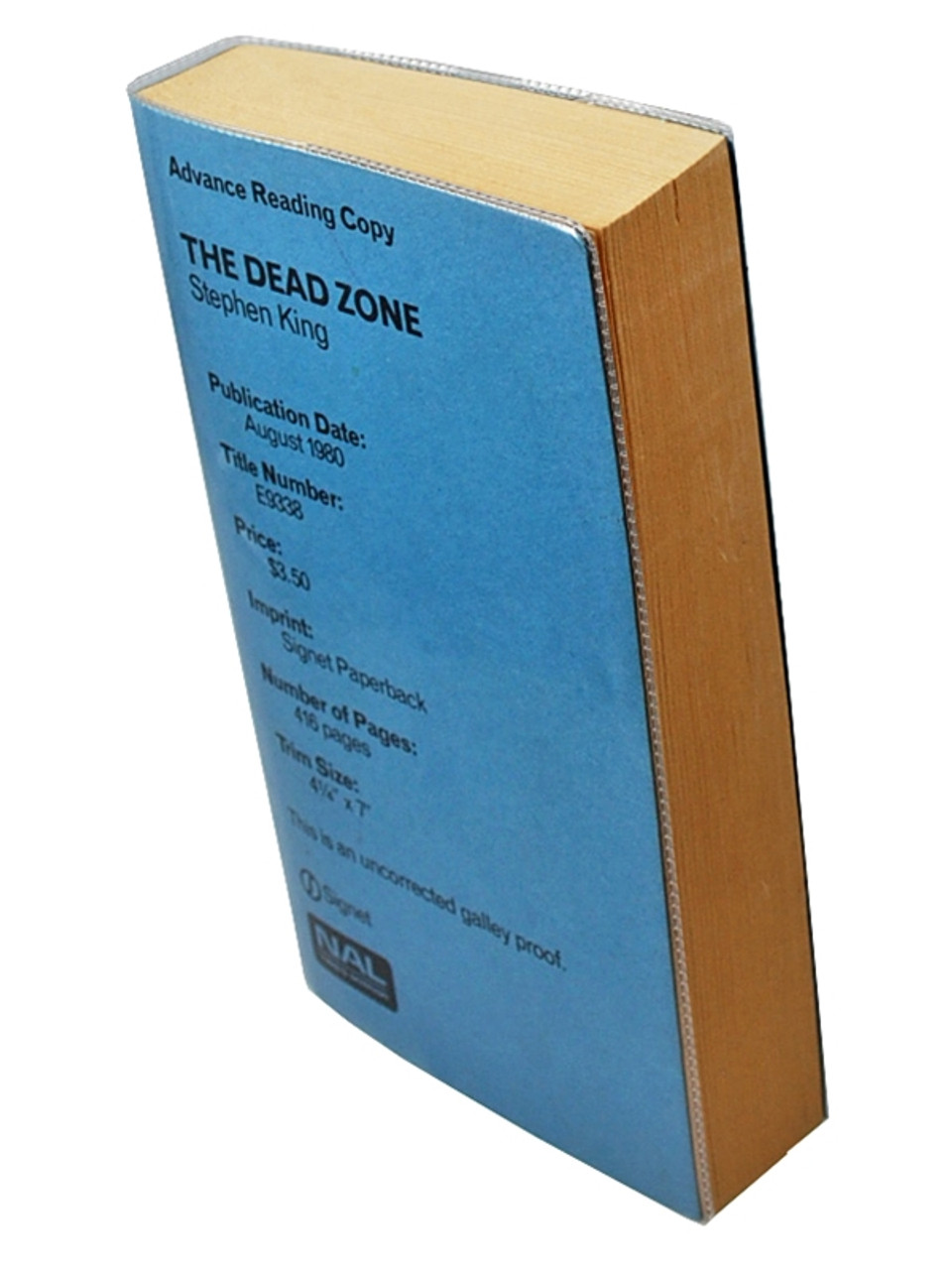 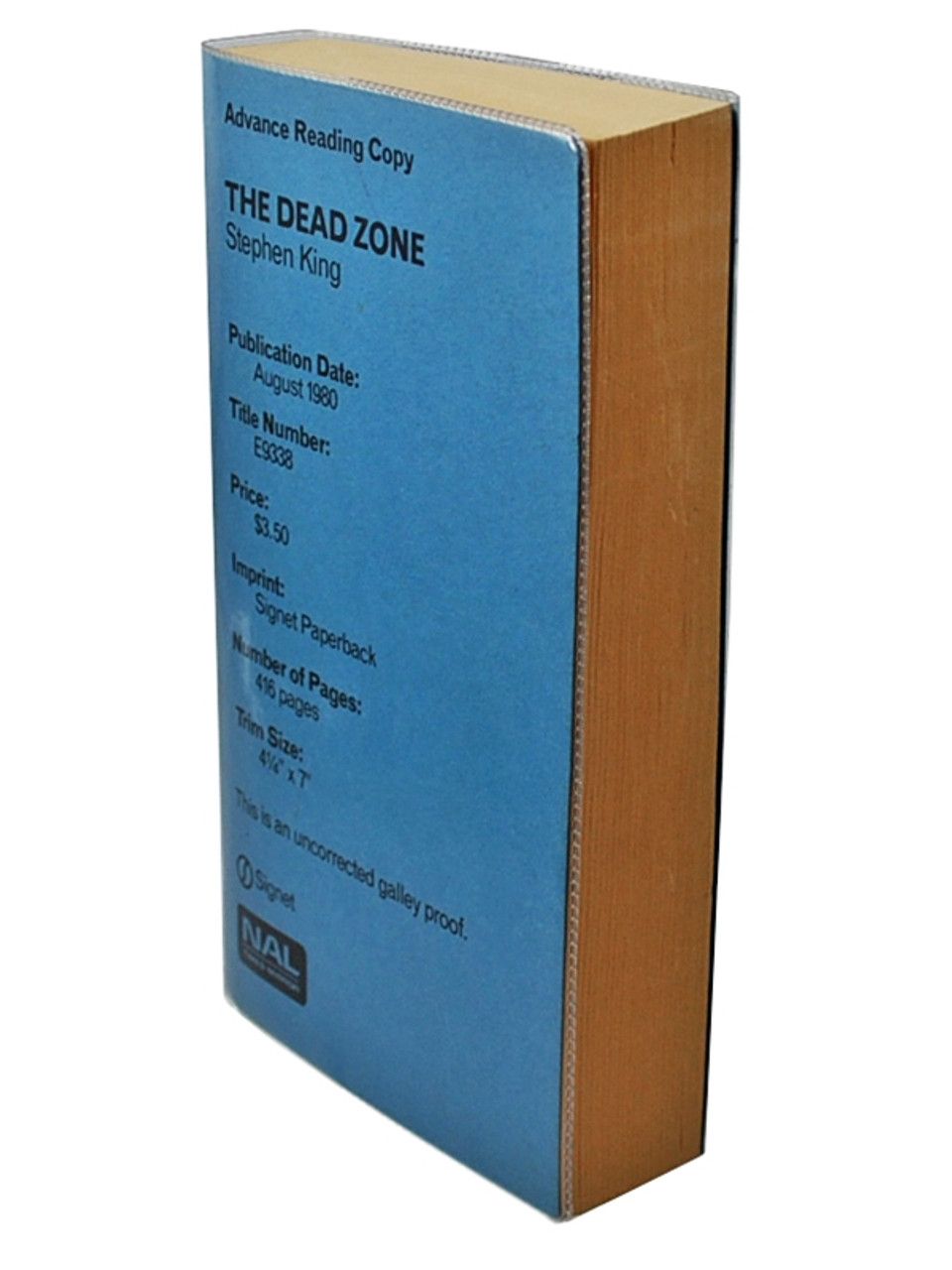 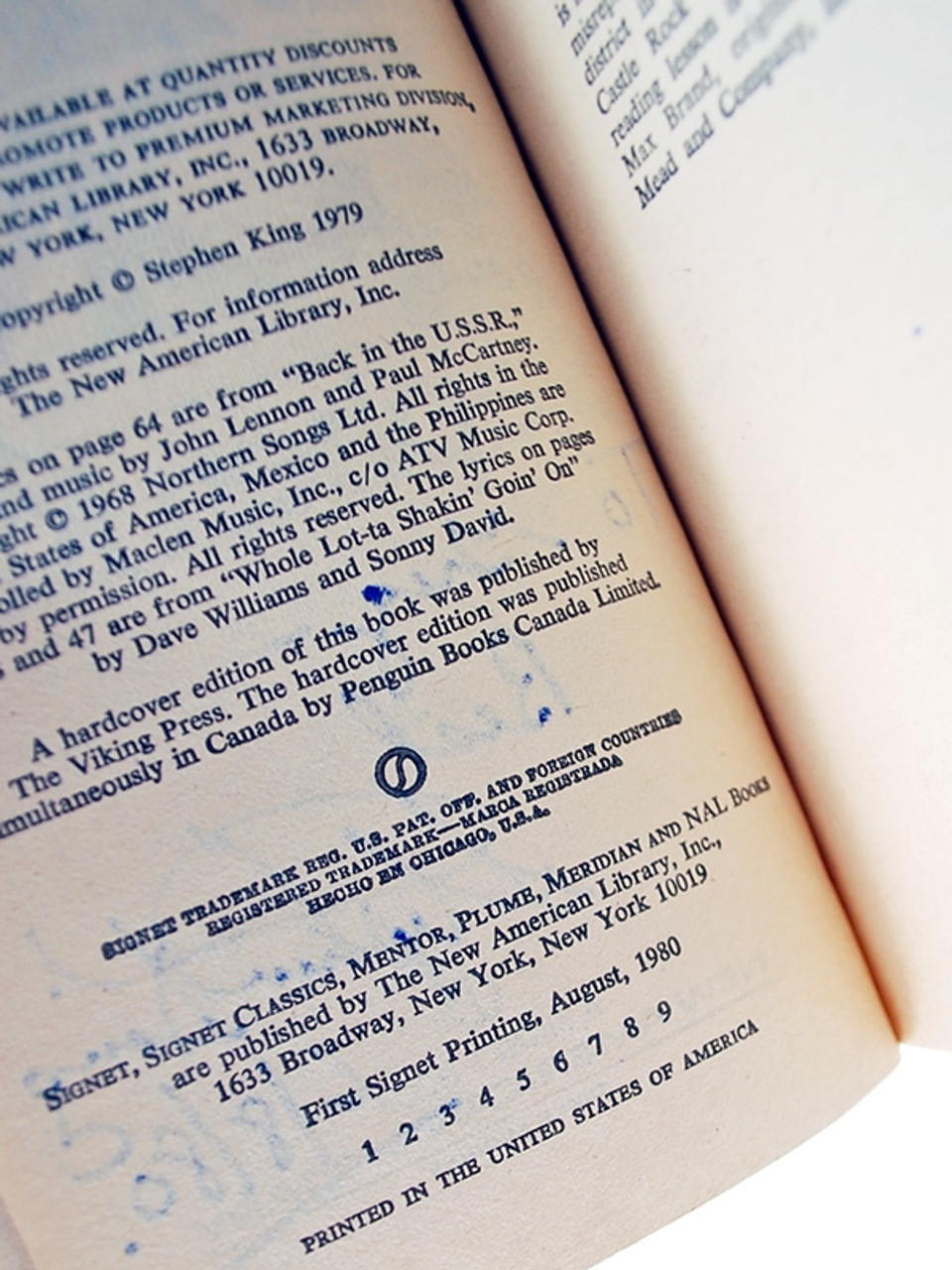 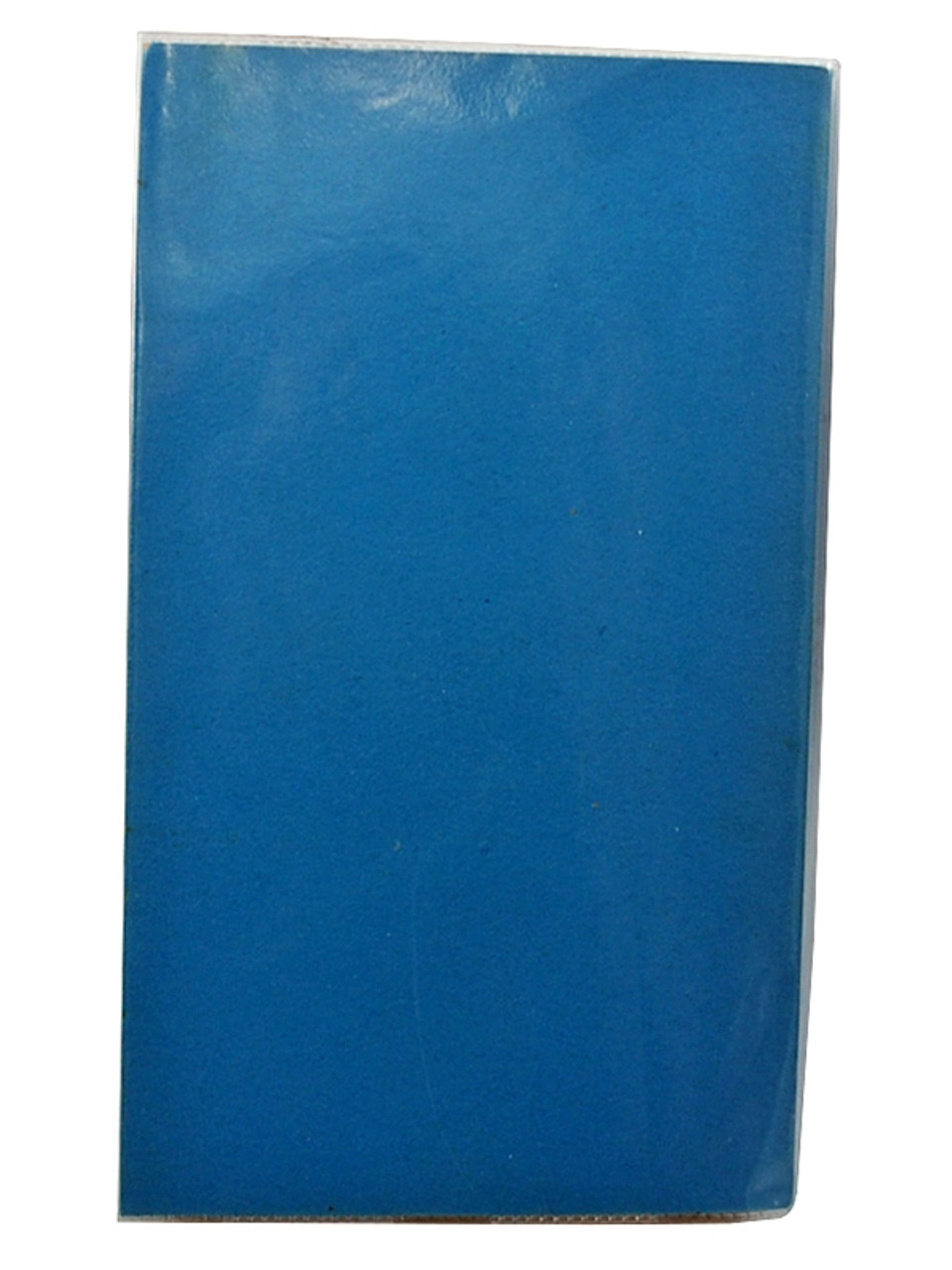 Personally signed by Stephen King with a personal inscription directly onto the title page on the date of publication. 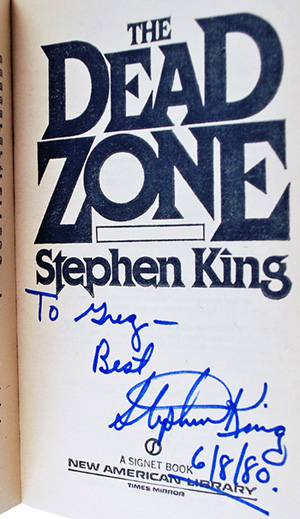 The Dead Zone is a tight, well-crafted book. When asked in 1983 which of his novels so far was "the best," Stephen King answered, "The one that I think works the best is Dead Zone. It's the one that [has] the most story."
--Fiona Webster

A rare softcover proof that has been autographed by Stephen King directly onto the title page on the year of publication. The wraps are now protected in an archival acid-free Mylar sleeve. This is the best-selling novel of The Dead Zone. This book includes a custom matching tray-case to protect your investment.

Signed by Stephen King with a personal inscription directly onto the title page:


About The Dead Zone

The Dead Zone is a supernatural thriller novel by Stephen King published in 1979. It concerns Johnny Smith, who is injured in an accident and enters a coma for nearly five years. When he emerges, he can see horrifying secrets but cannot identify all the details in his "dead zone", an area of his brain that suffered permanent damage as the result of his accident. Much of the novel is played out against the historical backdrop of the 1970s. The story might be based on self-proclaimed "psychic" Peter Hurkos, who received a head injury in a fall from a ladder, and afterward claimed to be able to know things about people by touching objects that belonged to them, (psychometry). The Dead Zone was nominated for the Locus Award in 1980.

The book is dedicated to King's son, Owen.

Fine condition without any markings, writings or stamps. No attached bookplates or indication of any removed. Some typical browning to the page edges. The softcover wraps are free of any tears or edge-wear and are now protected in a Mylar sleeve. No bumped corners. Photos of actual item.