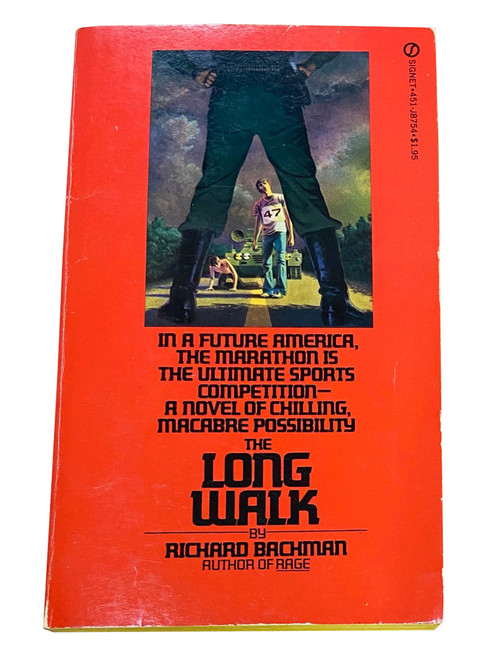 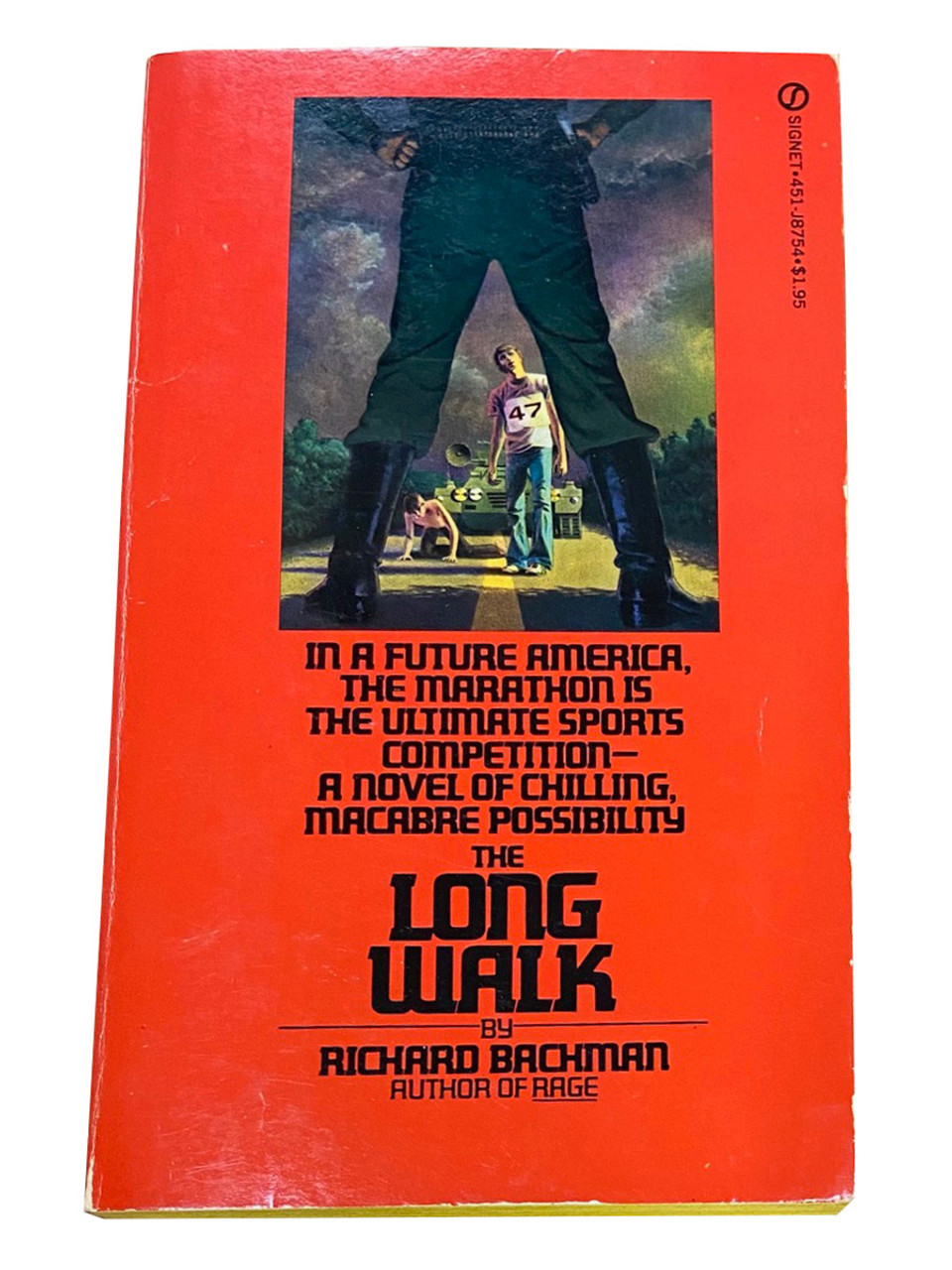 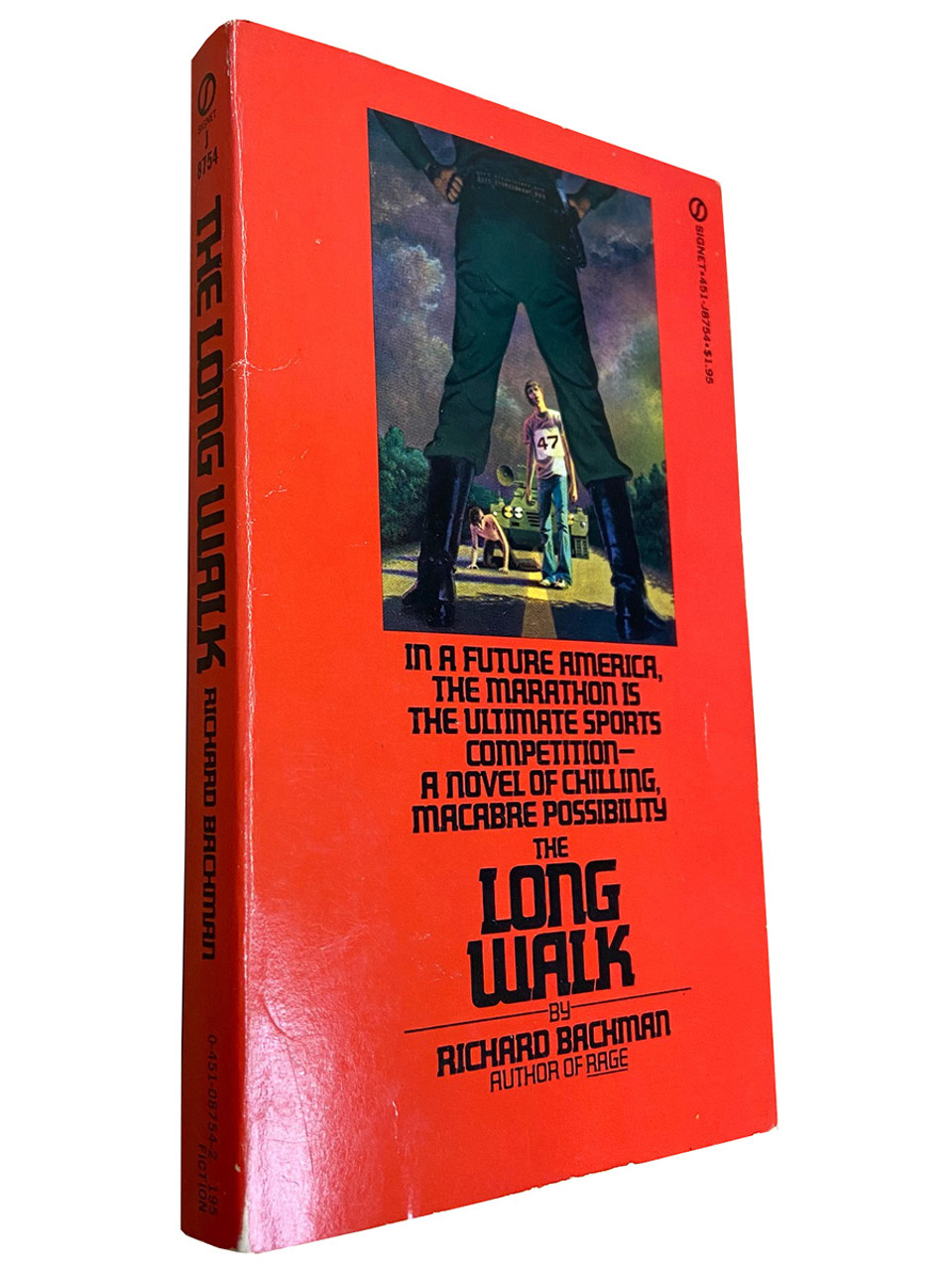 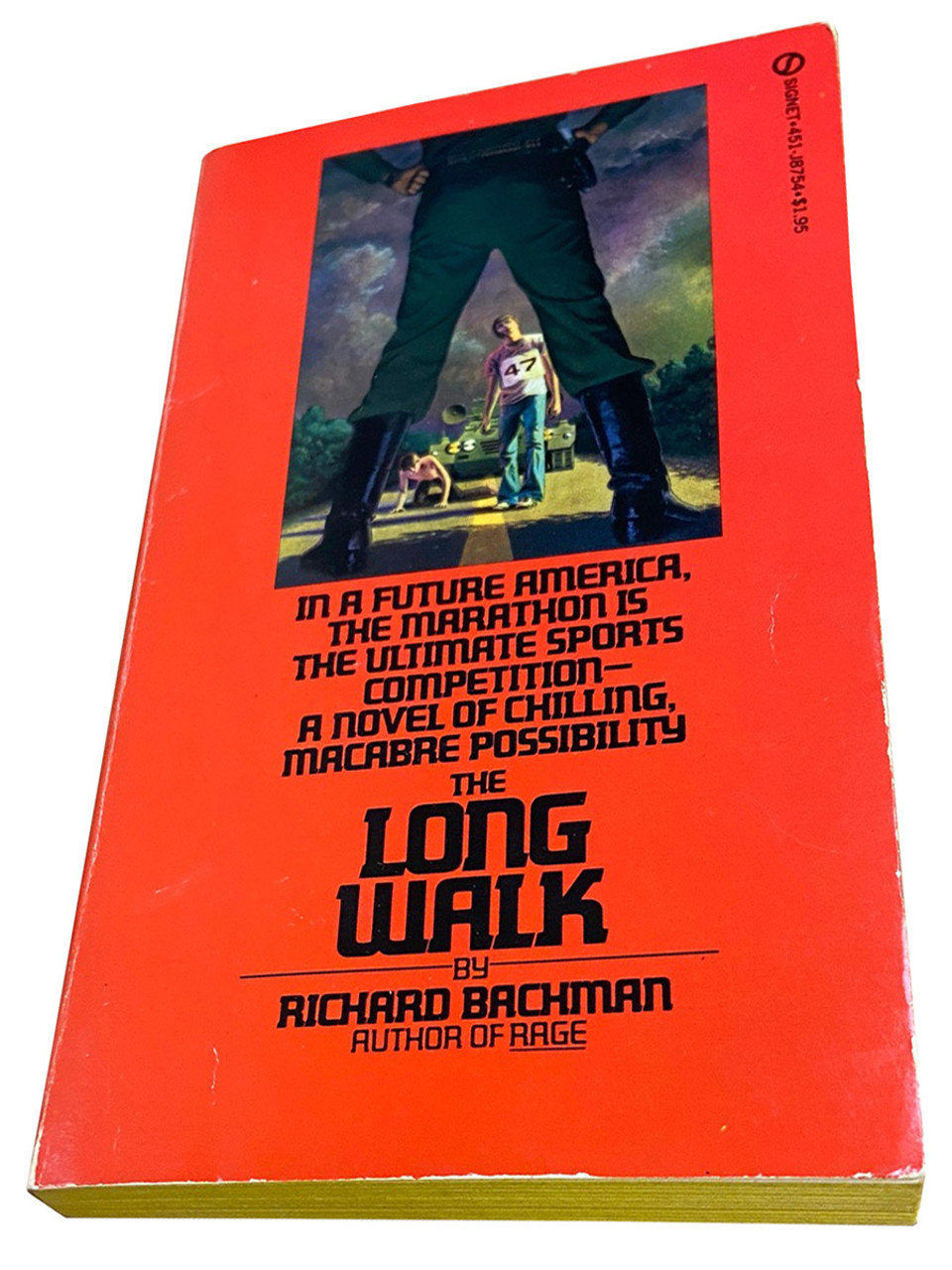 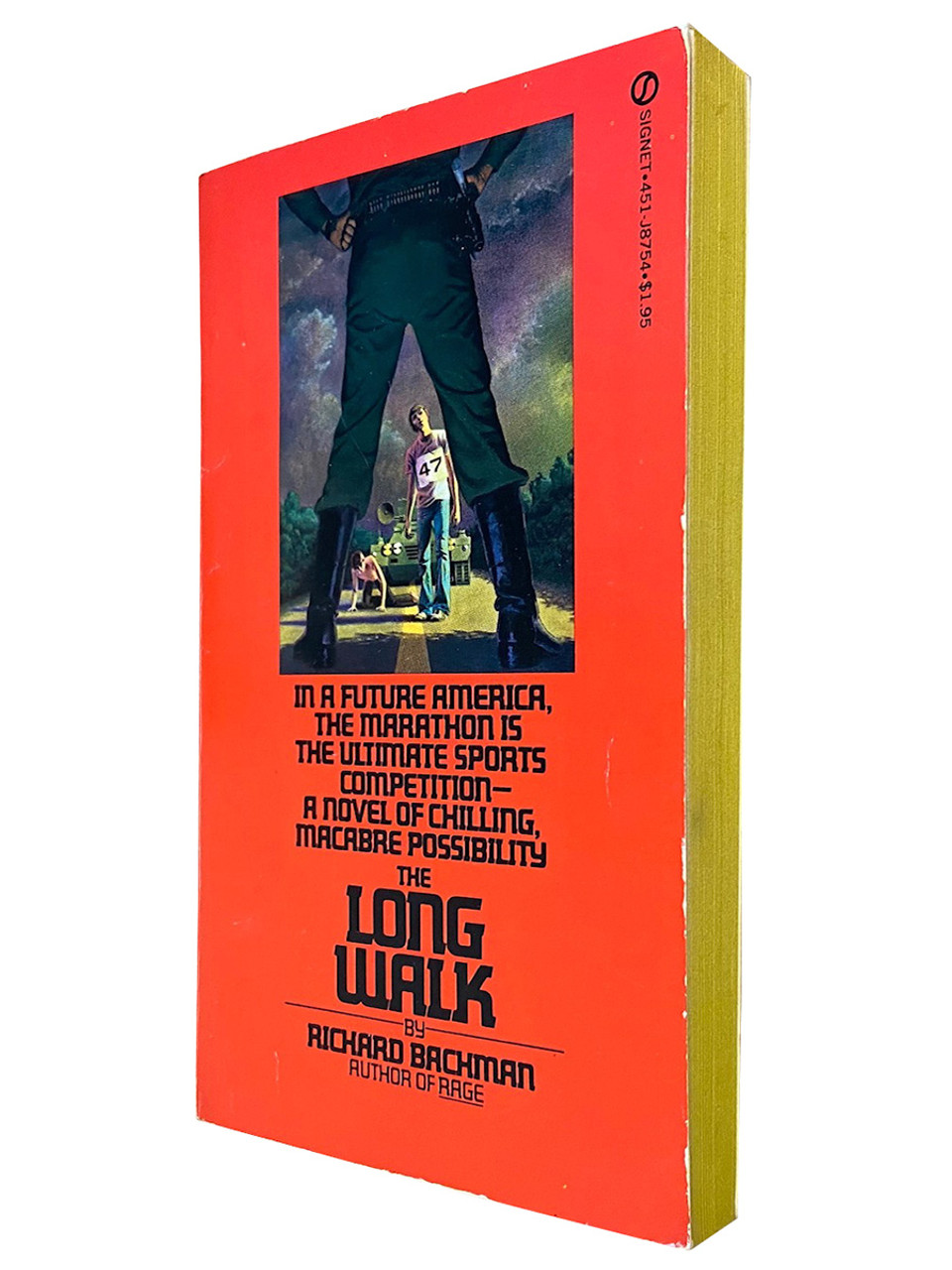 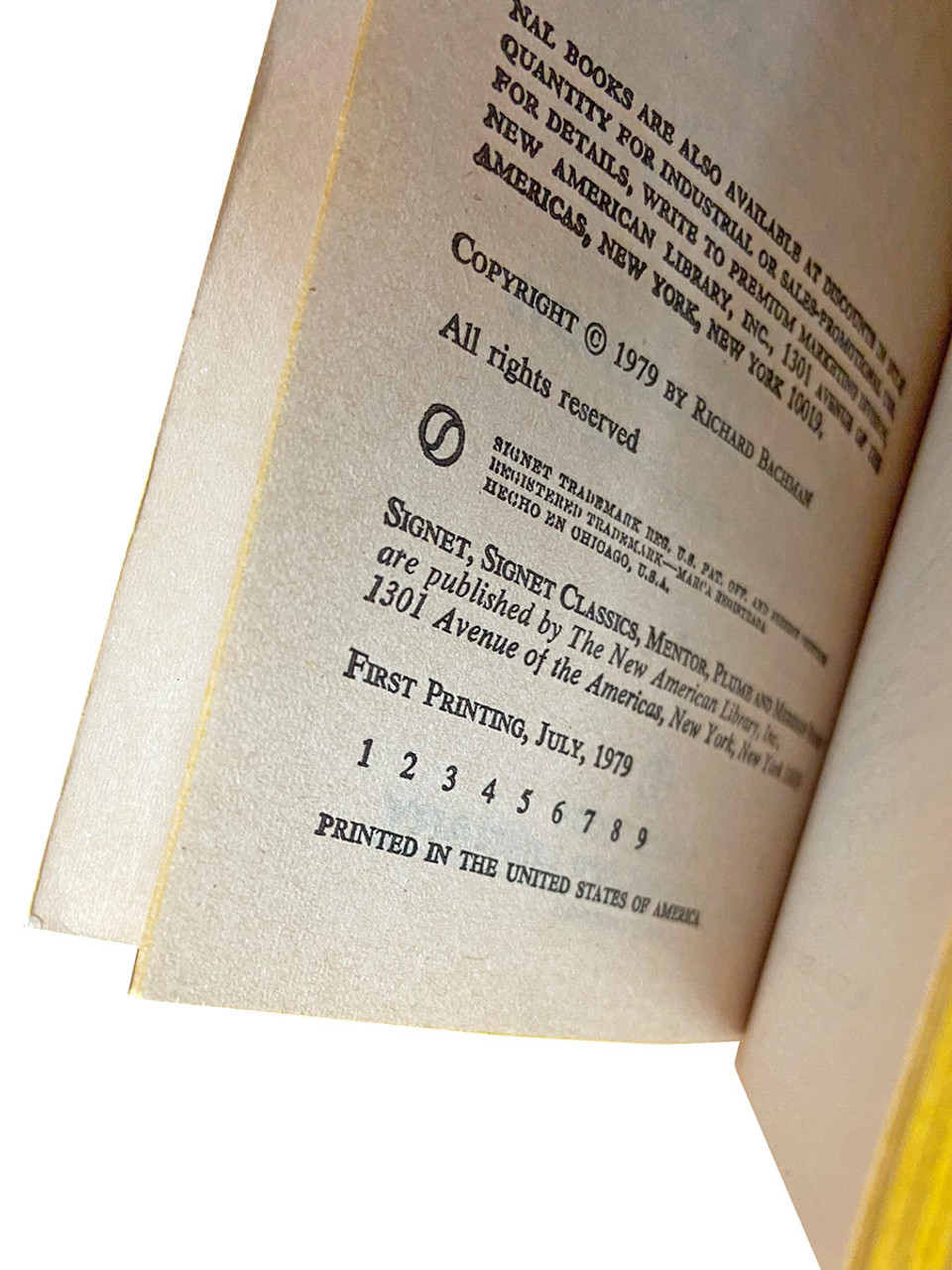 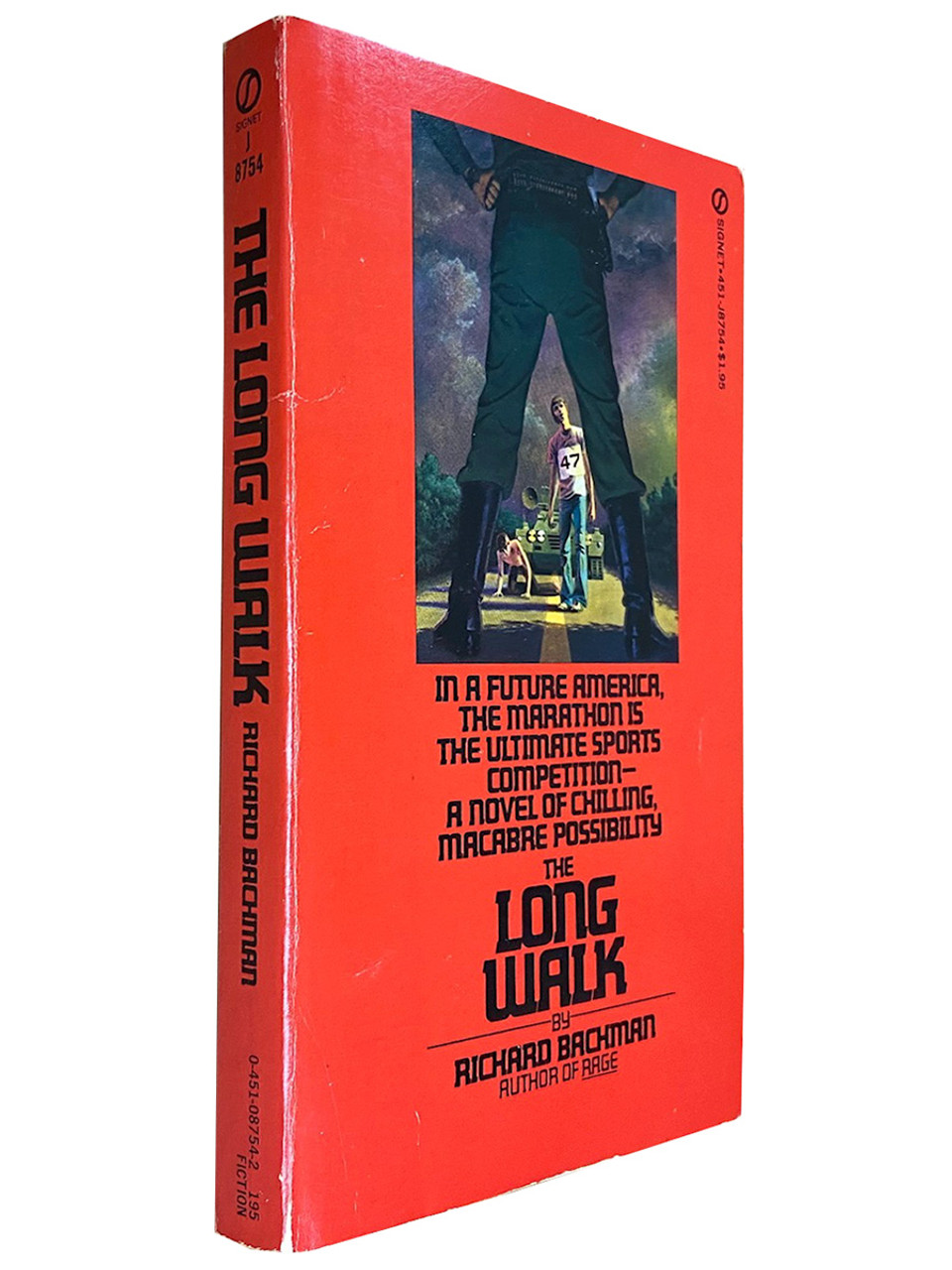 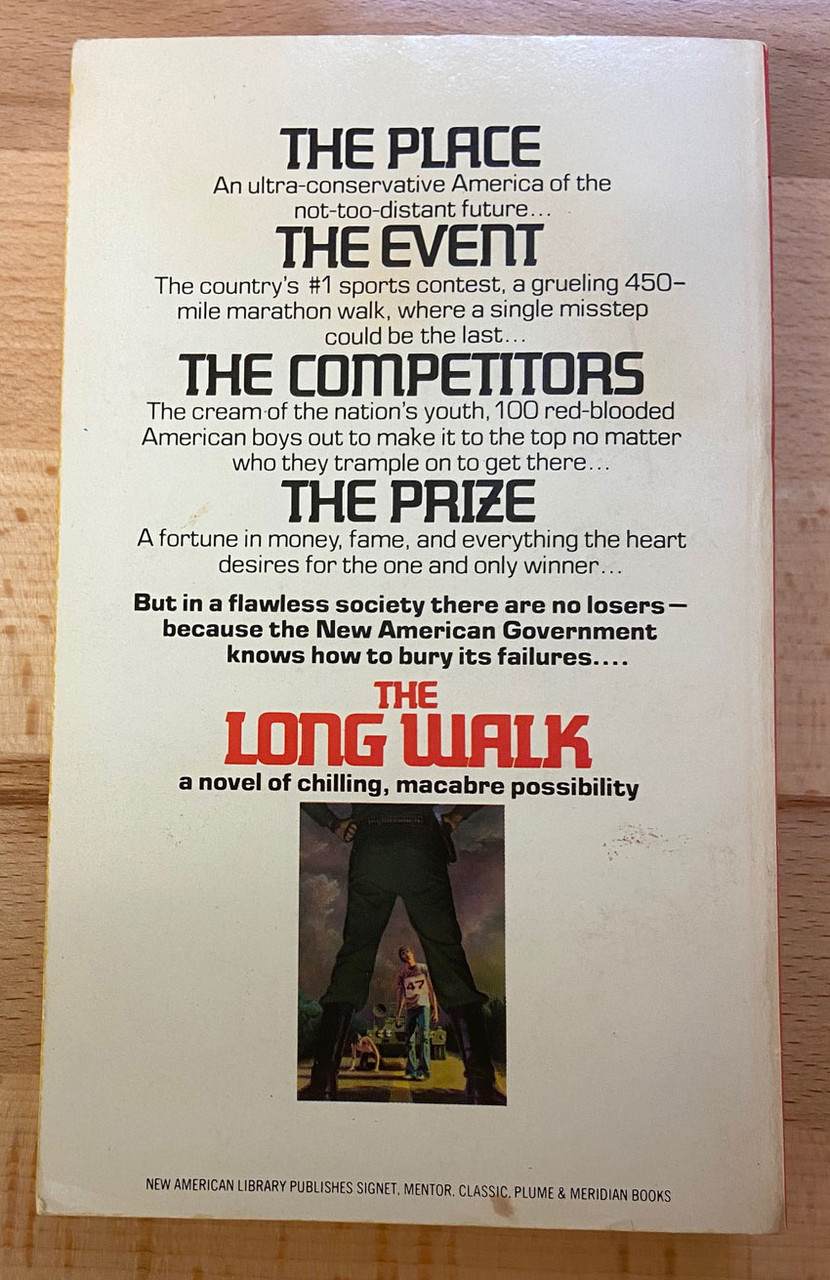 In this #1 national bestseller, “master storyteller” (Houston Chronicle) Stephen King, writing as Richard Bachman, tells the tale of the contestants of a grueling walking competition where there can only be one winner—the one that survives. 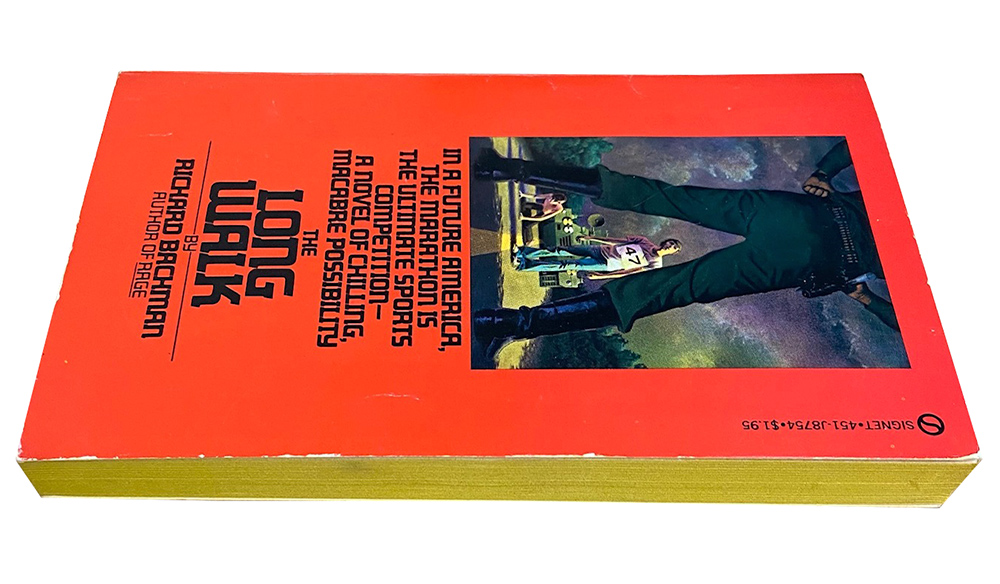 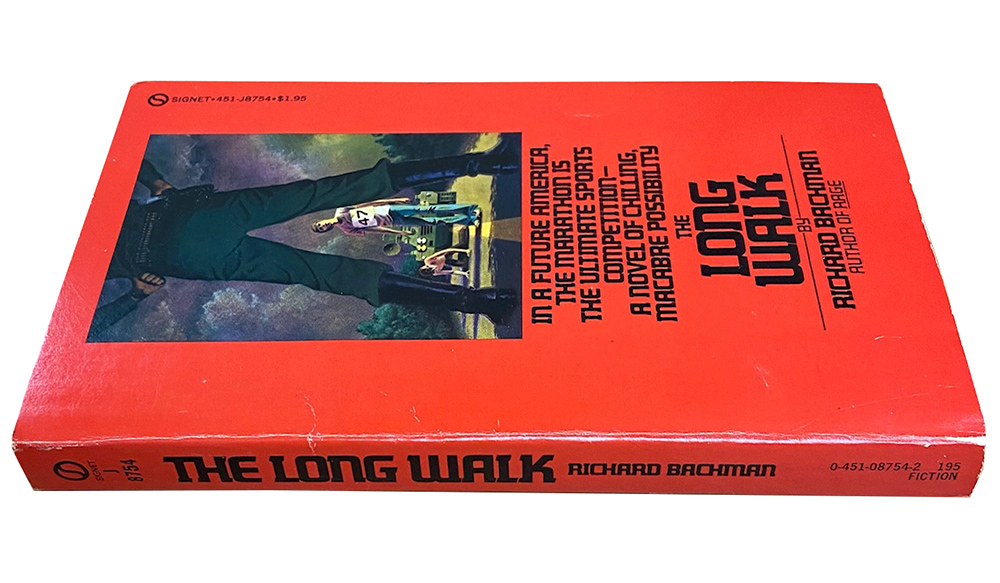 On the first day of May, 100 teenage boys meet for a race known as "The Long Walk". If you break the rules, you get three warnings. If you exceed your limit, what happens is absolutely terrifying...

The Long Walk is a dystopian novel by Stephen King published under the pseudonym Richard Bachman in 1979 as a paperback original. It was collected in 1985 in the hardcover omnibus The Bachman Books, and has seen several reprints since, as both paperback and hardback. Set in a dystopian present, the plot revolves around the contestants of a grueling walking contest, held annually by a totalitarian version of the United States of America. In 2000 the American Library Association listed The Long Walk as one of the 100 best books for teenage readers published between 1966 and 2000. Stephen King has revealed that it is the first novel he ever wrote, begun eight years before Carrie was published in 1974, when he was a freshman at the University of Maine in 1966-67.

“I give my congratulations to the winner among your number, and my acknowledgements of valor to the losers.”

Against the wishes of his mother, sixteen-year-old Ray Garraty is about to compete in the annual grueling match of stamina and wits known as The Long Walk. One hundred boys must keep a steady pace of four miles per hour without ever stopping...with the winner being awarded “The Prize”—anything he wants for the rest of his life. But, as part of this national tournament that sweeps through a dystopian America year after year, there are some harsh rules that Garraty and ninety-nine others must adhere to in order to beat out the rest. There is no finish line—the winner is the last man standing. Contestants cannot receive any outside aid whatsoever. Slow down under the speed limit and you’re given a warning. Three warnings and you’re out of the game—permanently.... 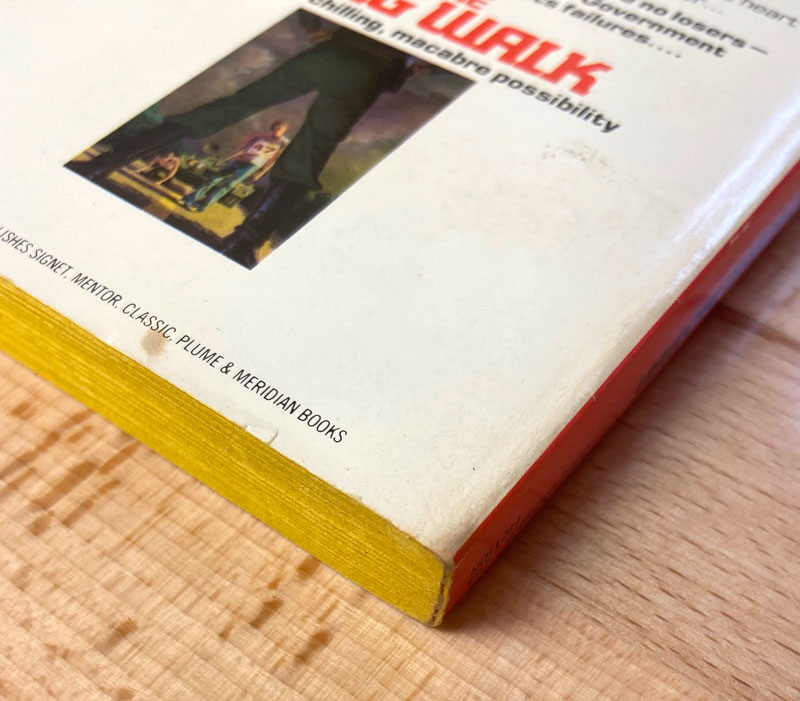 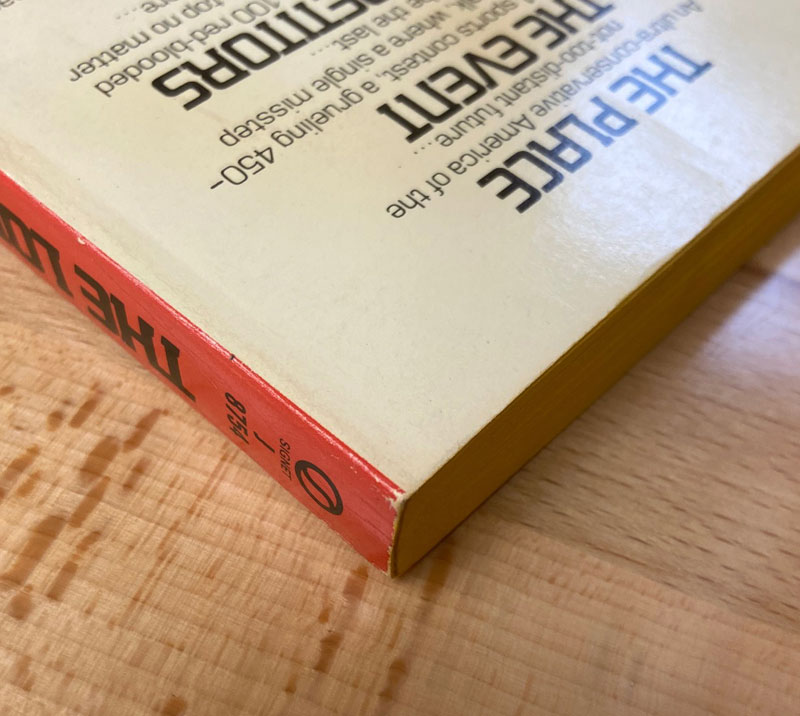 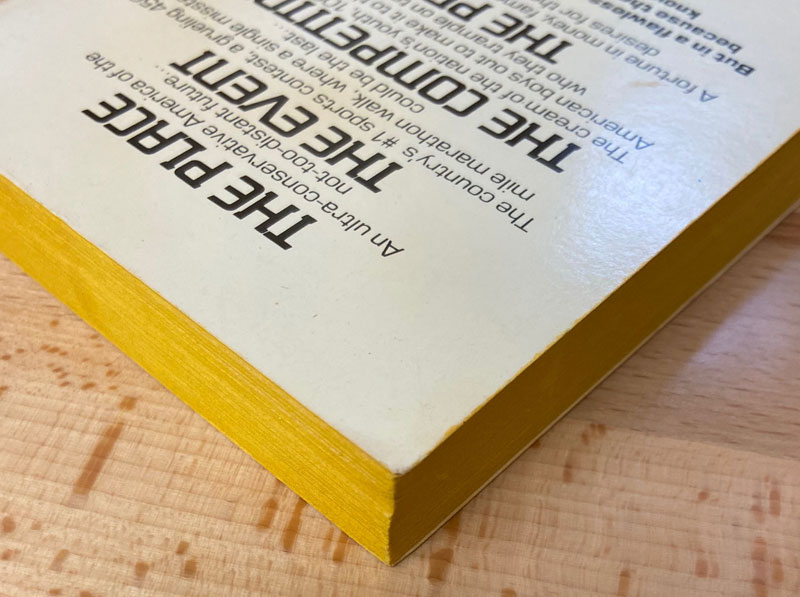 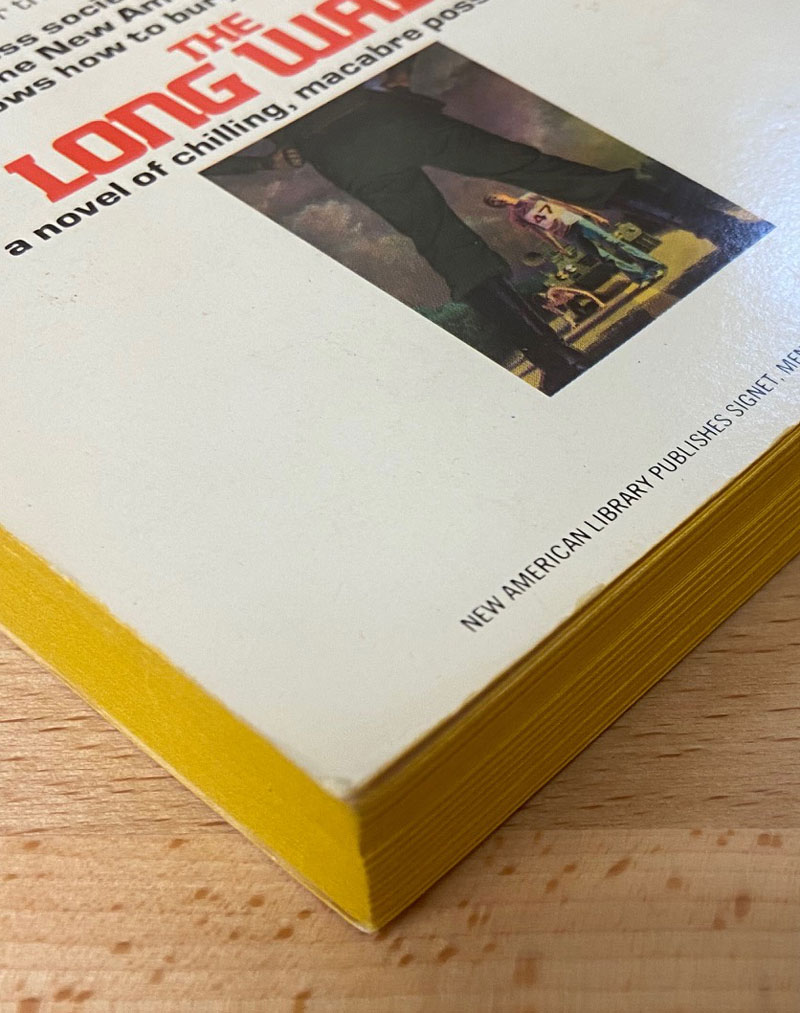 Stephen King is the author of more than sixty books, all of them worldwide bestsellers. His recent work includes Billy Summers, If It Bleeds, The Institute, Elevation, The Outsider, Sleeping Beauties (cowritten with his son Owen King), and the Bill Hodges trilogy: End of Watch, Finders Keepers, and Mr. Mercedes (an Edgar Award winner for Best Novel and a television series streaming on Peacock). His novel 11/22/63 was named a top ten book of 2011 by The New York Times Book Review and won the Los Angeles Times Book Prize for Mystery/Thriller. His epic works The Dark Tower, It, Pet Sematary, and Doctor Sleep are the basis for major motion pictures, with It now the highest-grossing horror film of all time. He is the recipient of the 2020 Audio Publishers Association Lifetime Achievement Award, the 2018 PEN America Literary Service Award, the 2014 National Medal of Arts, and the 2003 National Book Foundation Medal for Distinguished Contribution to American Letters. He lives in Bangor, Maine, with his wife, novelist Tabitha King.

Near Fine+. Unread book with a square and tight spine. The book is free of writing or stamps. No attached bookplate or indication of any removed. The covers are flat and not warped. Bright colors. A touch of edge-wear in a couple places along with one small stain spot to back cover. No creases to covers. The graphics are clear and not faded. All photos of actual item.