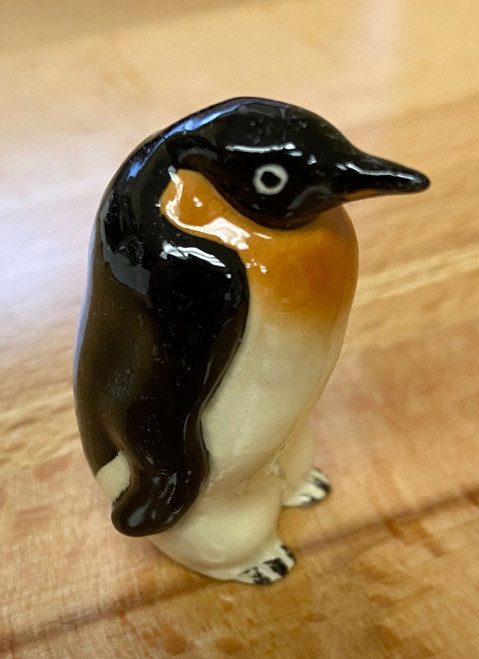 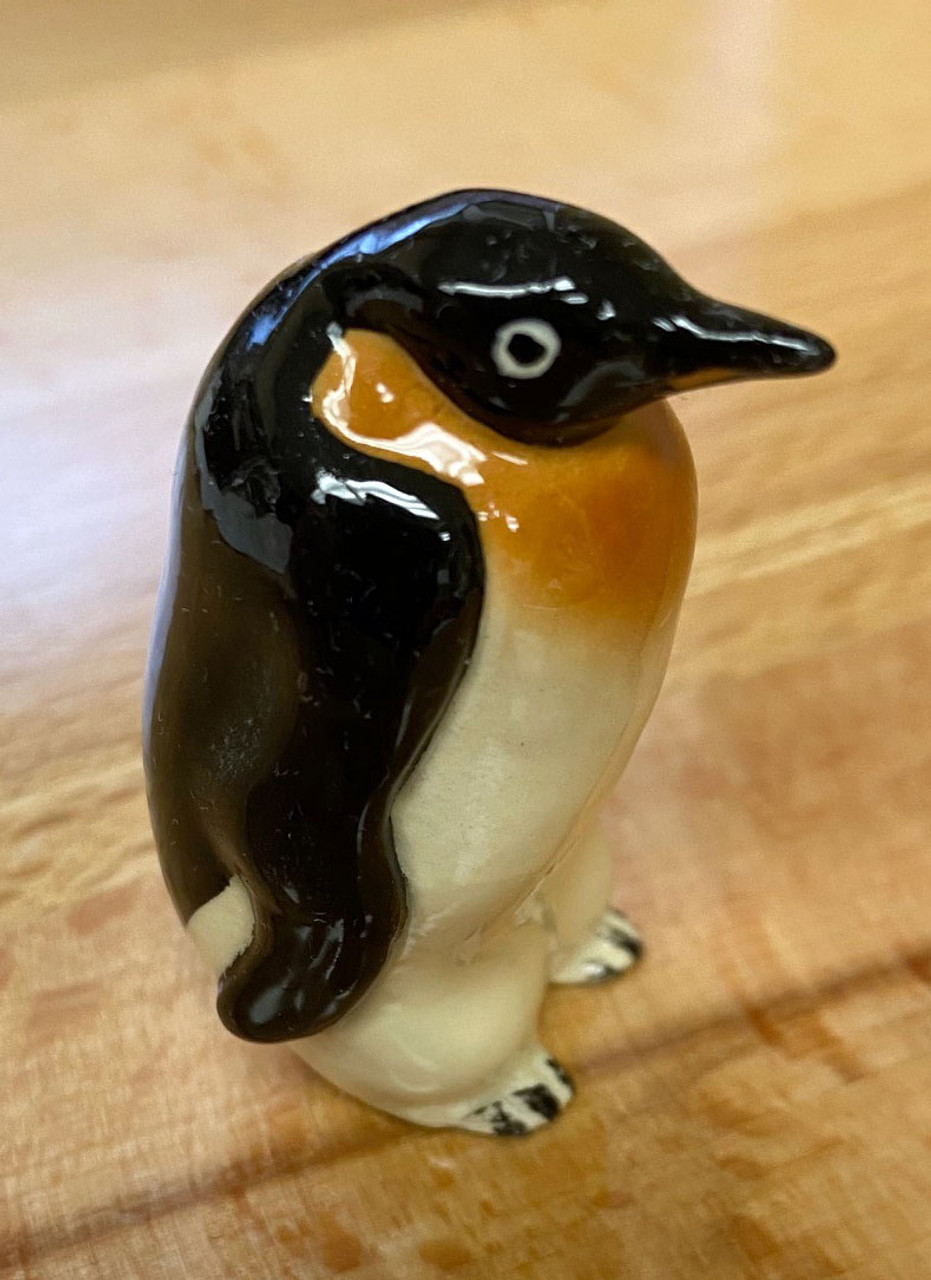 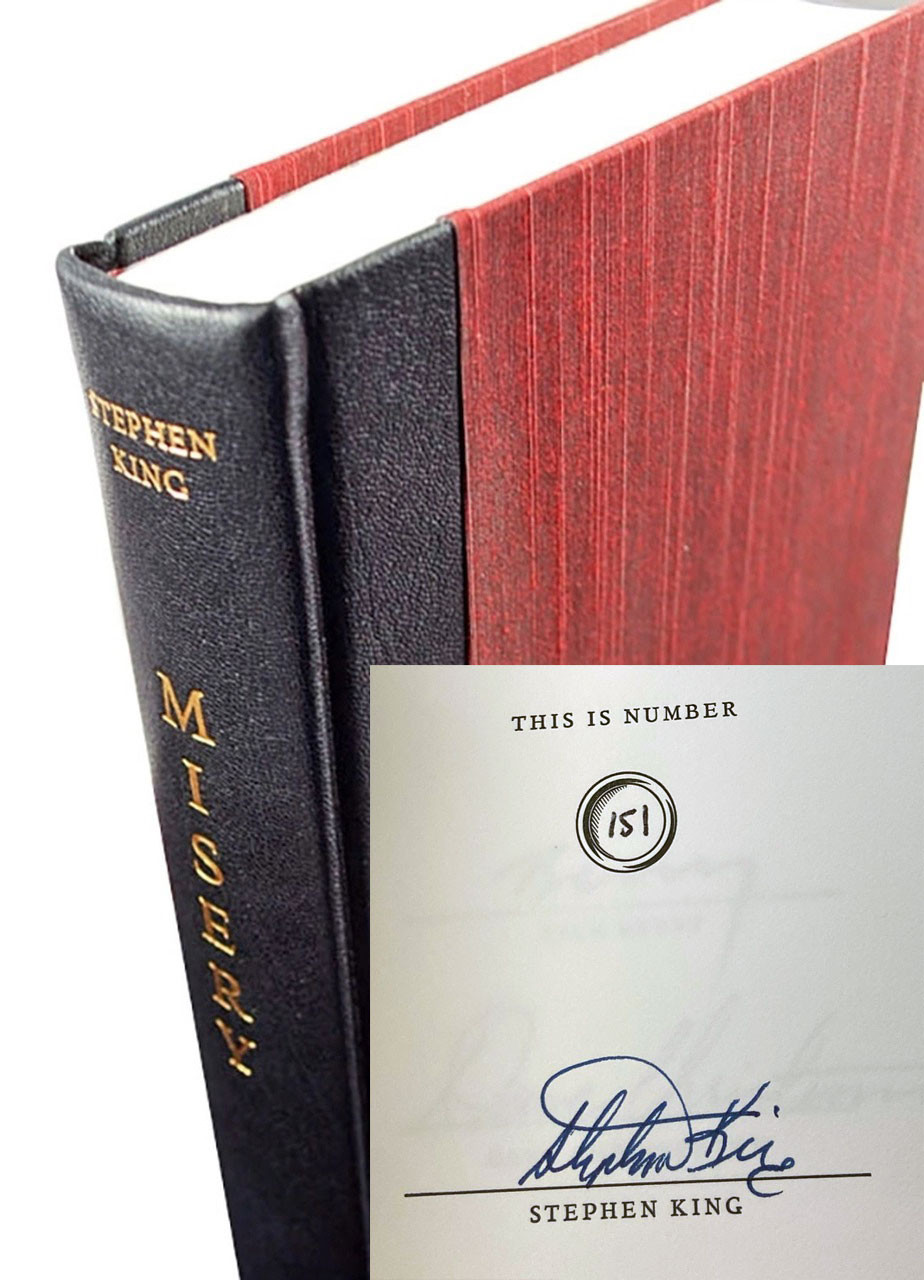 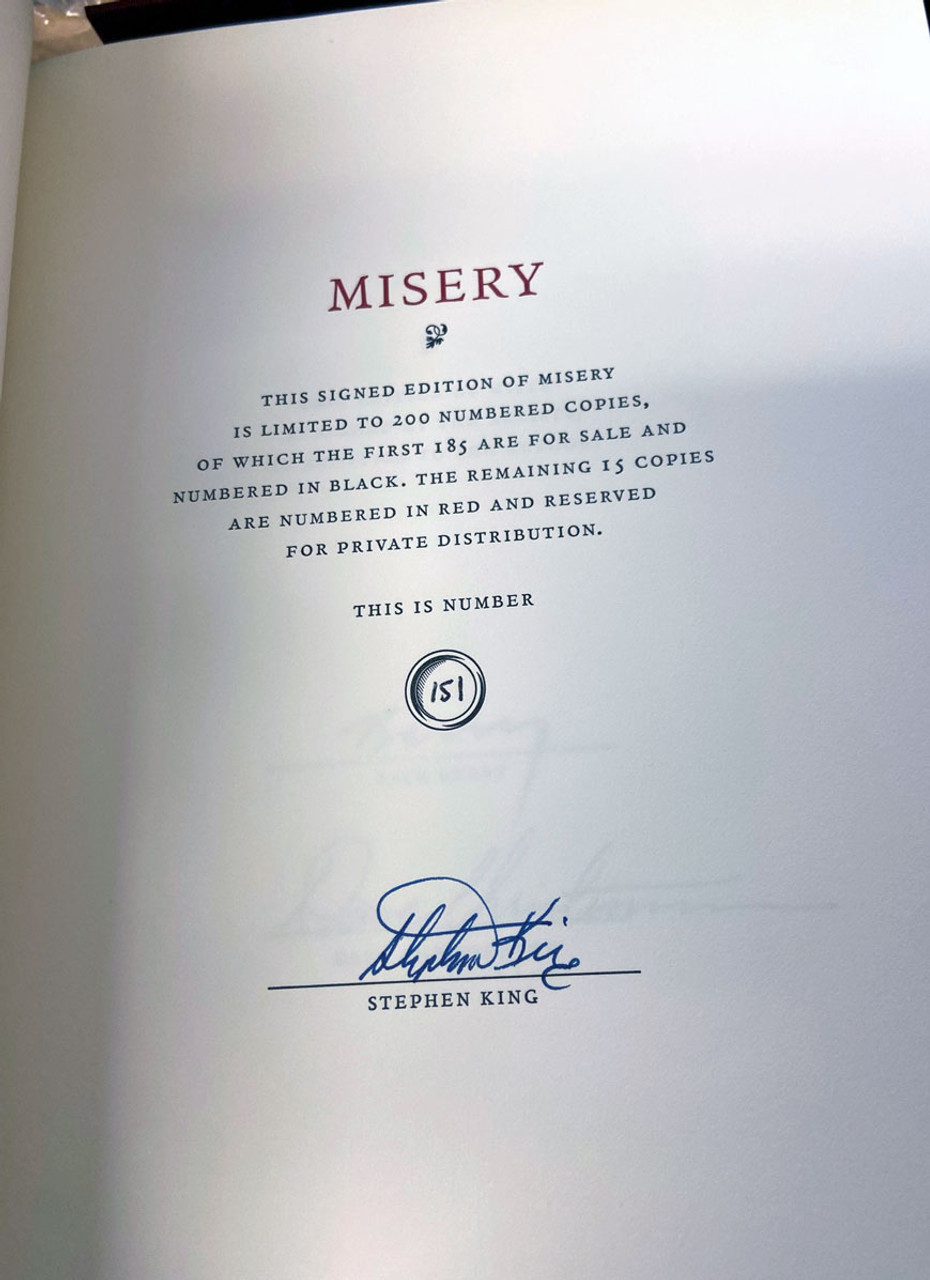 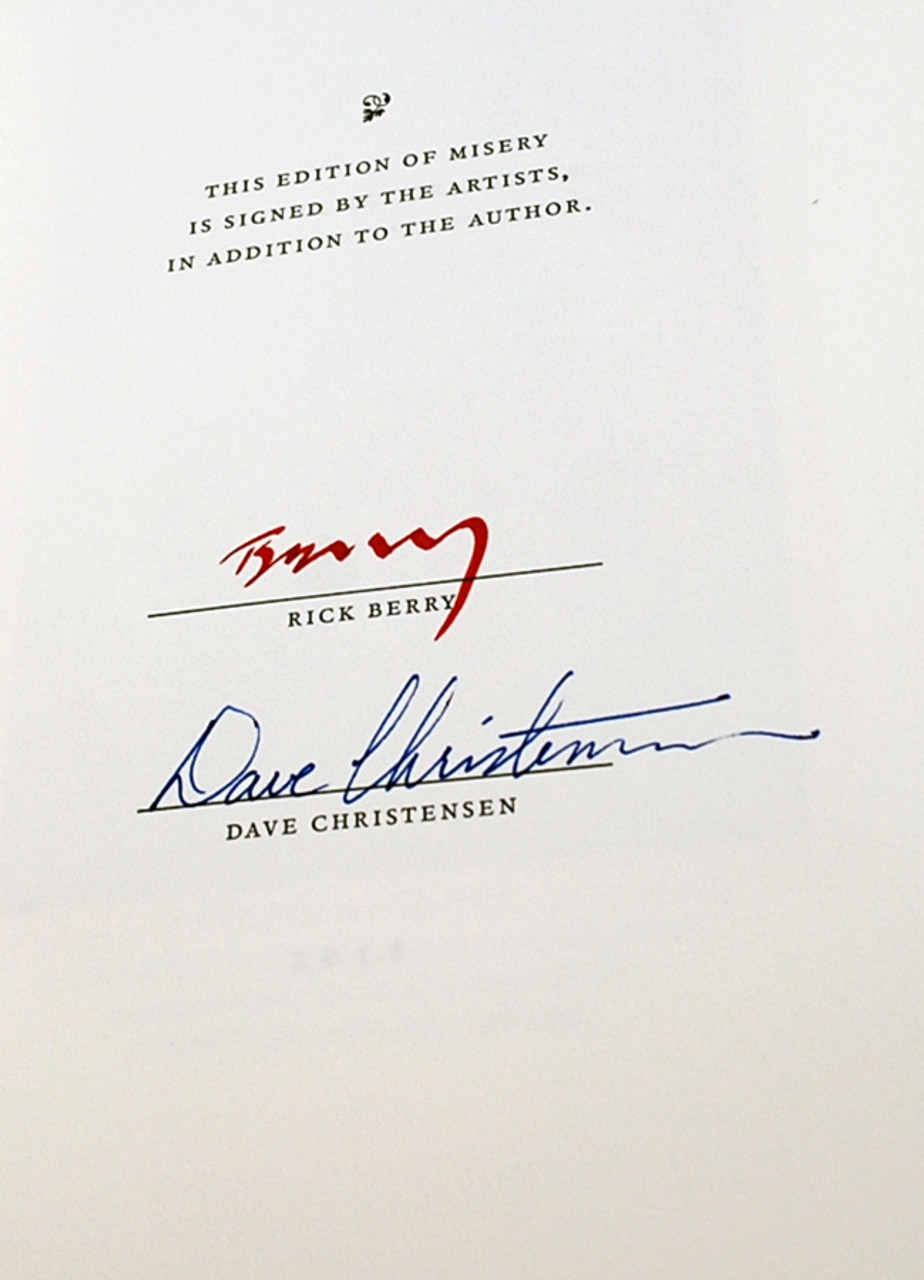 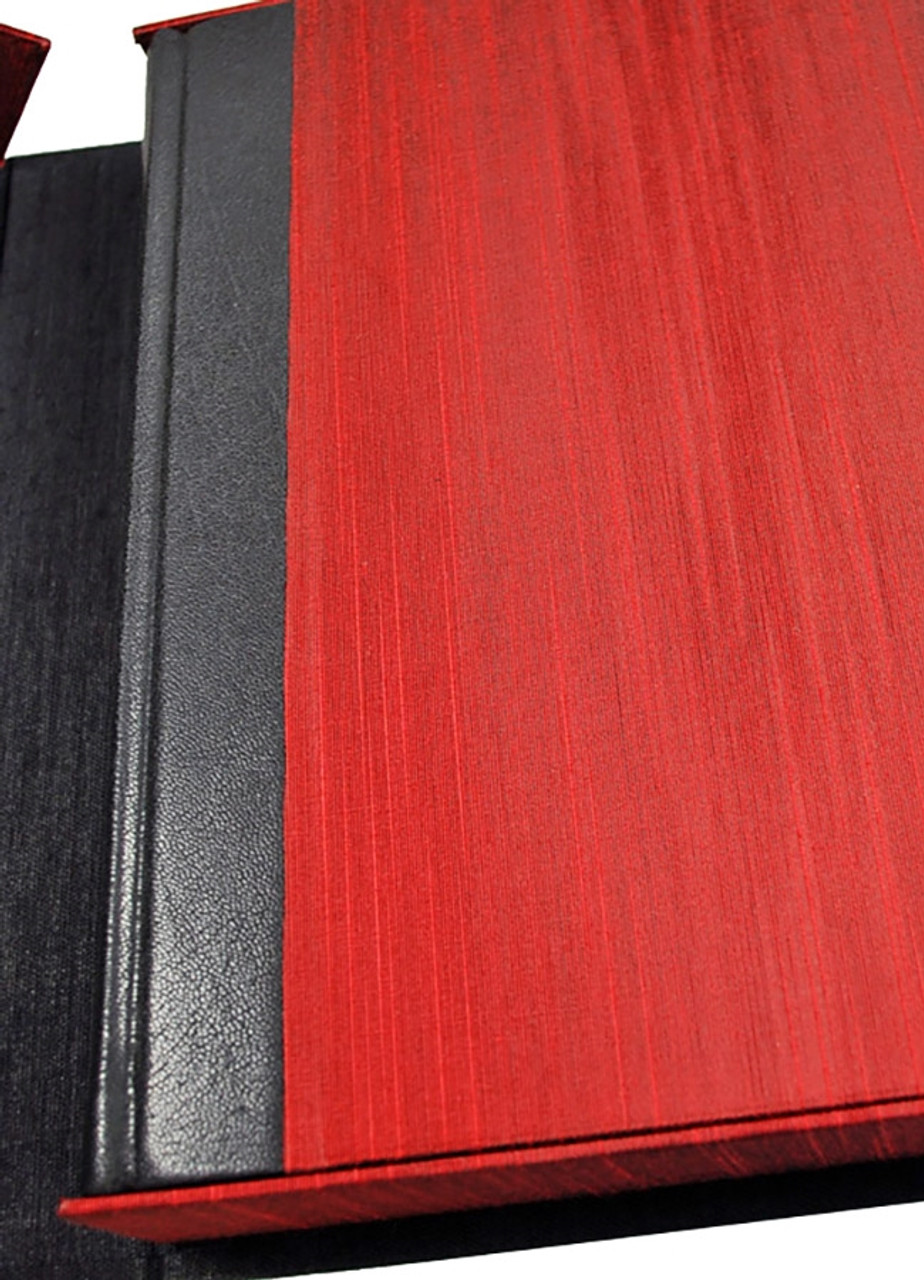 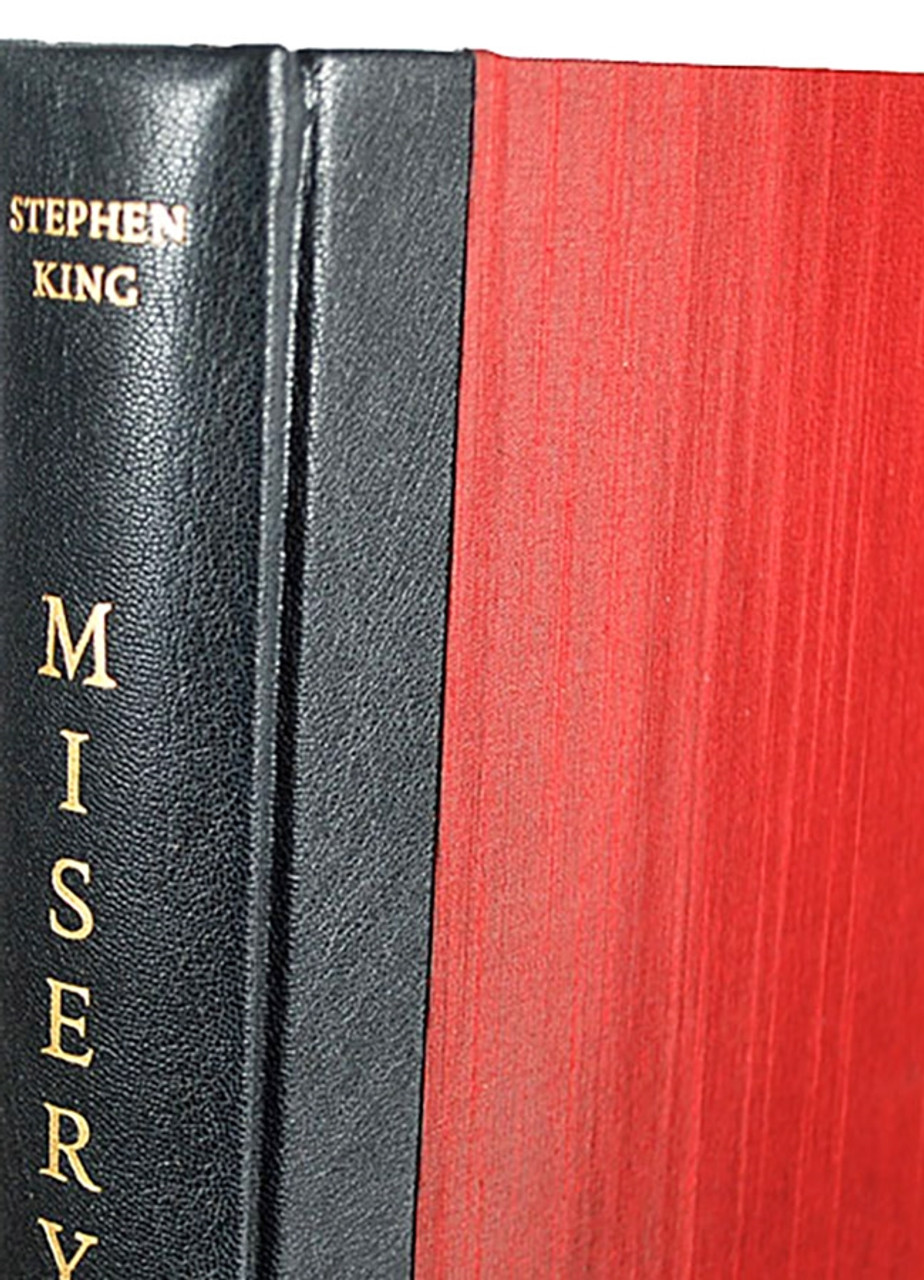 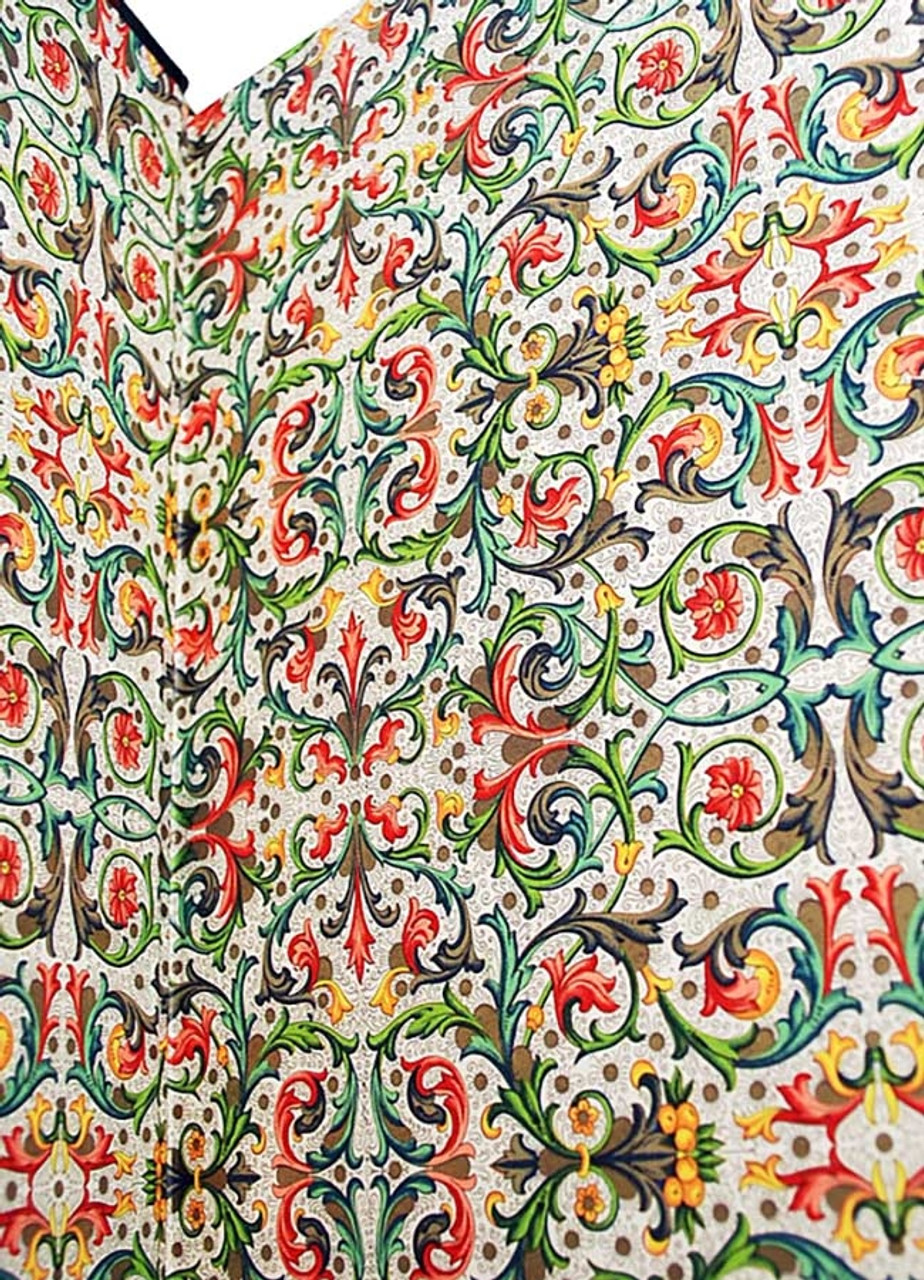 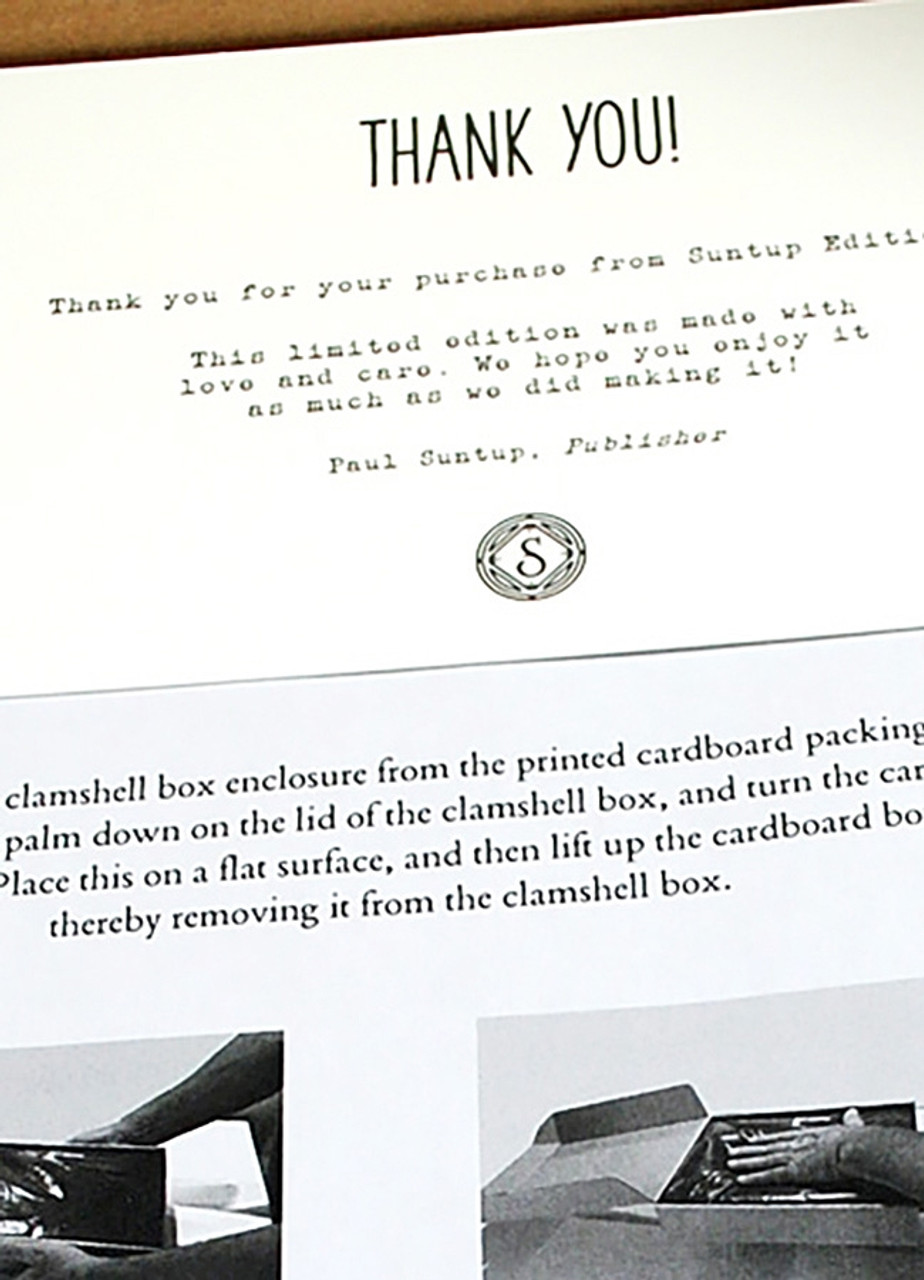 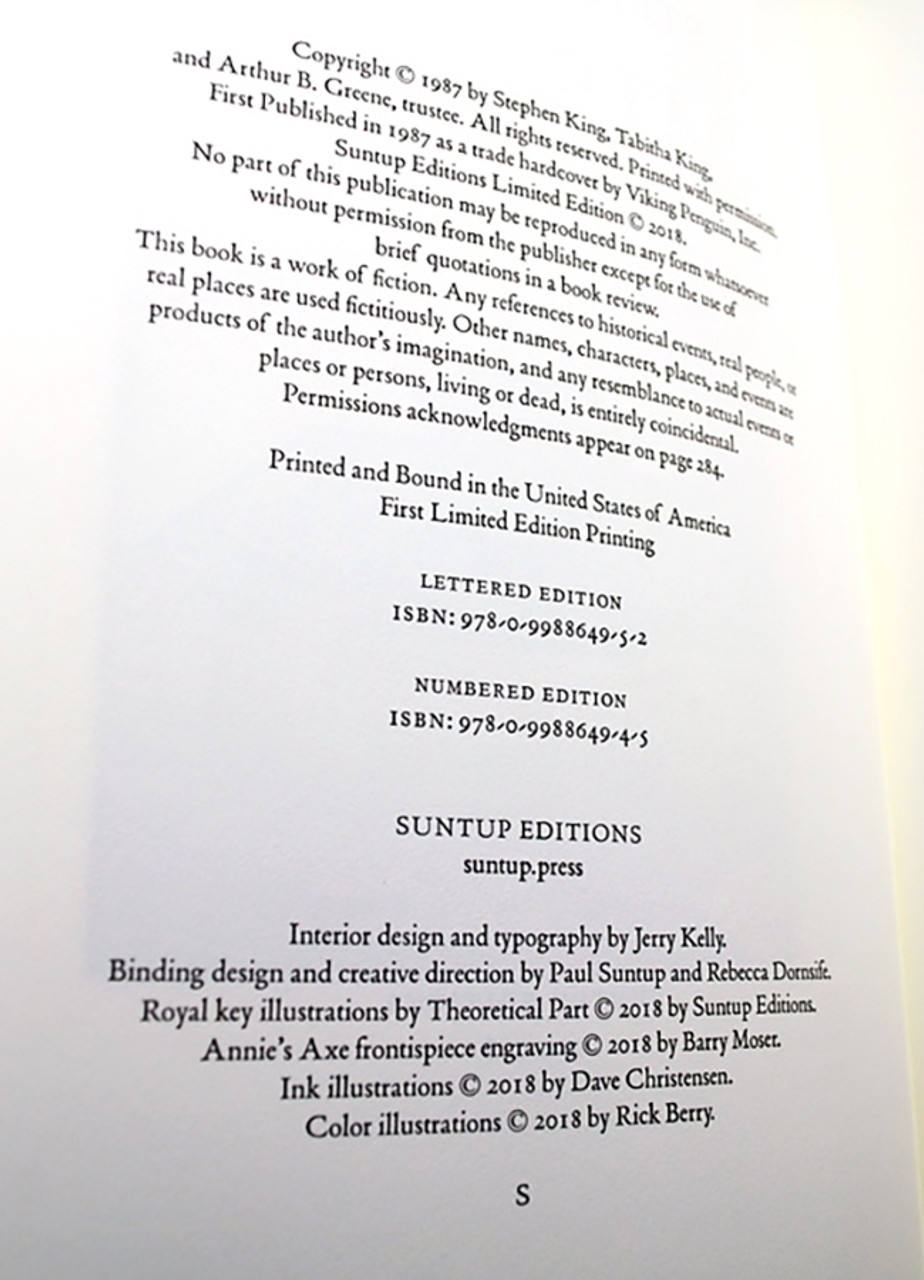 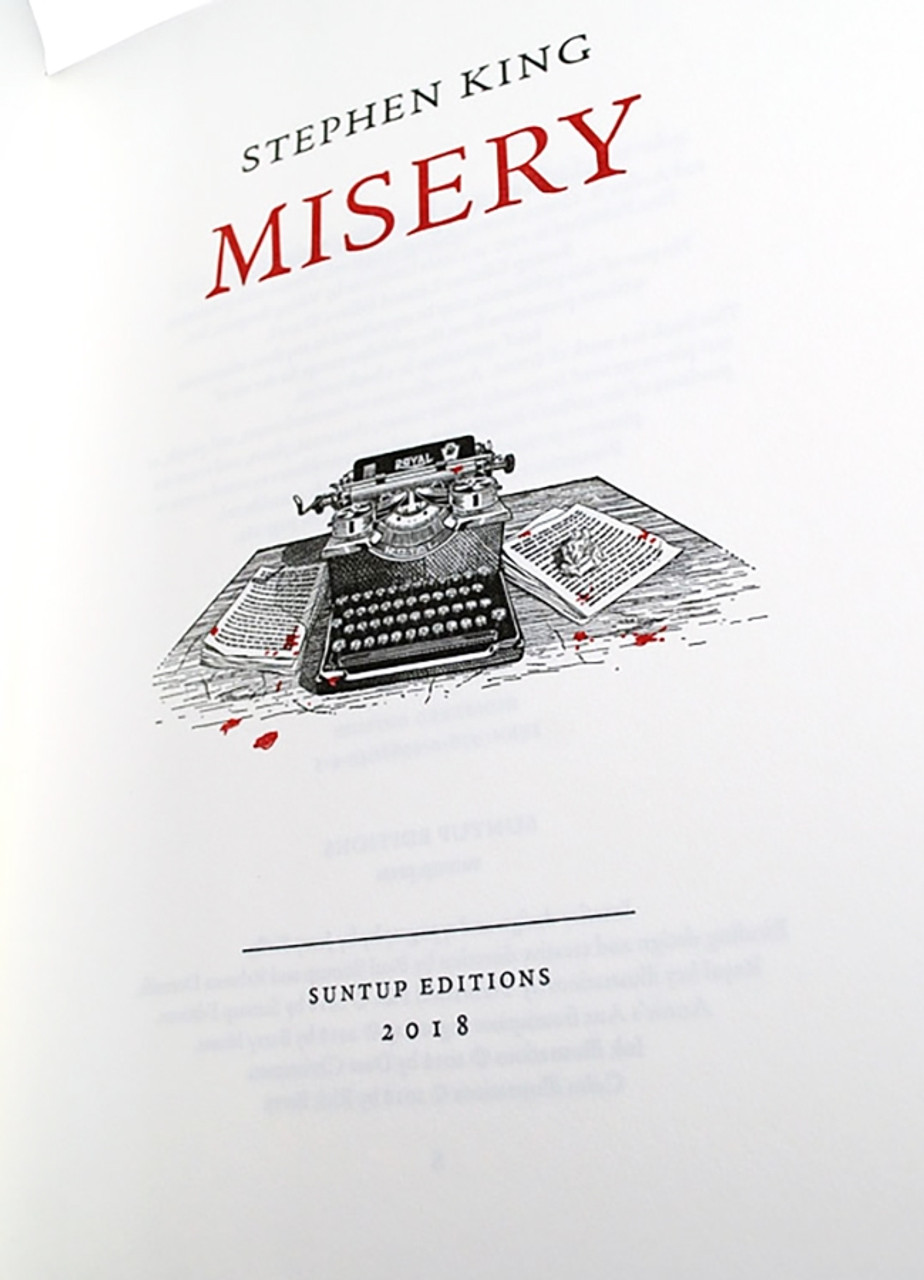 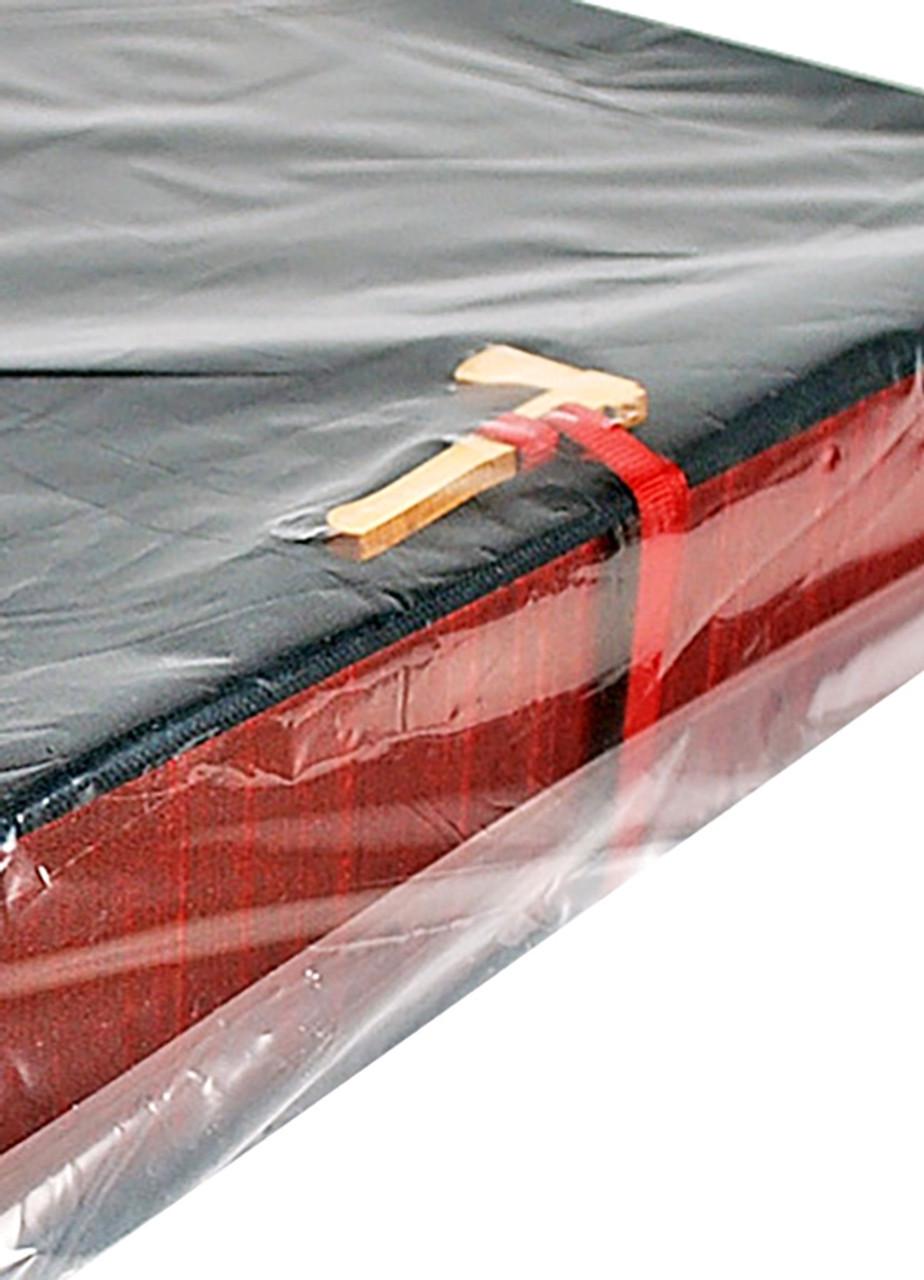 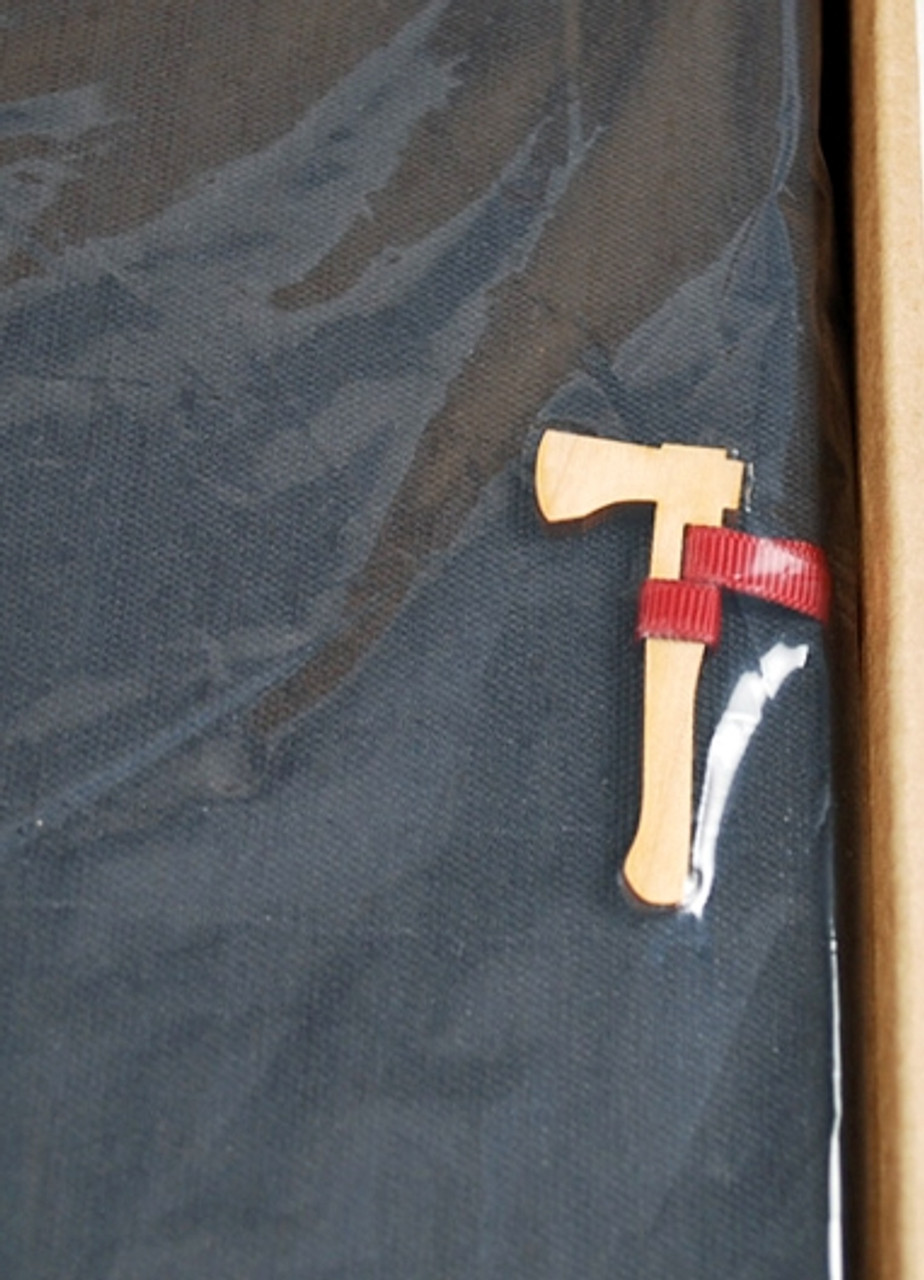 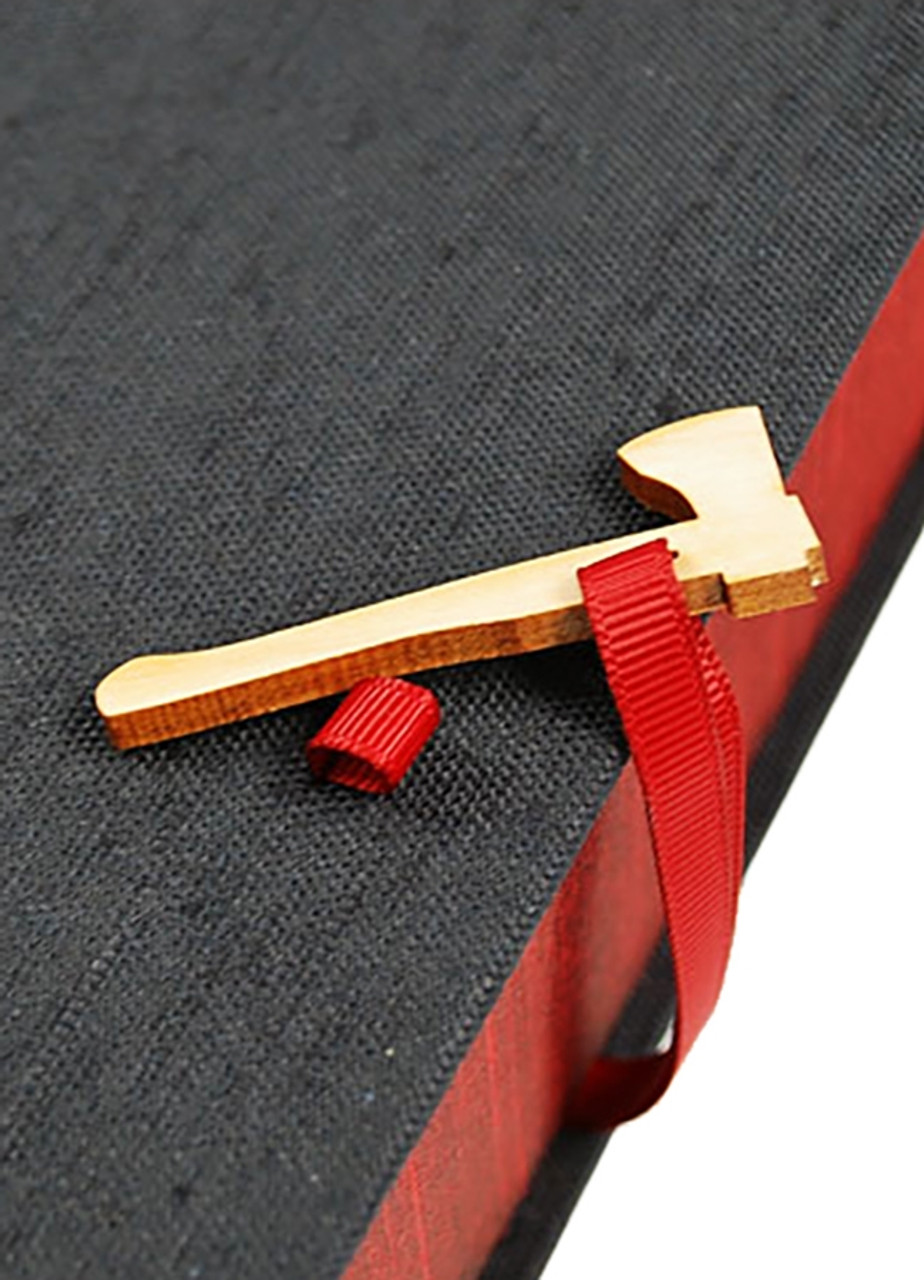 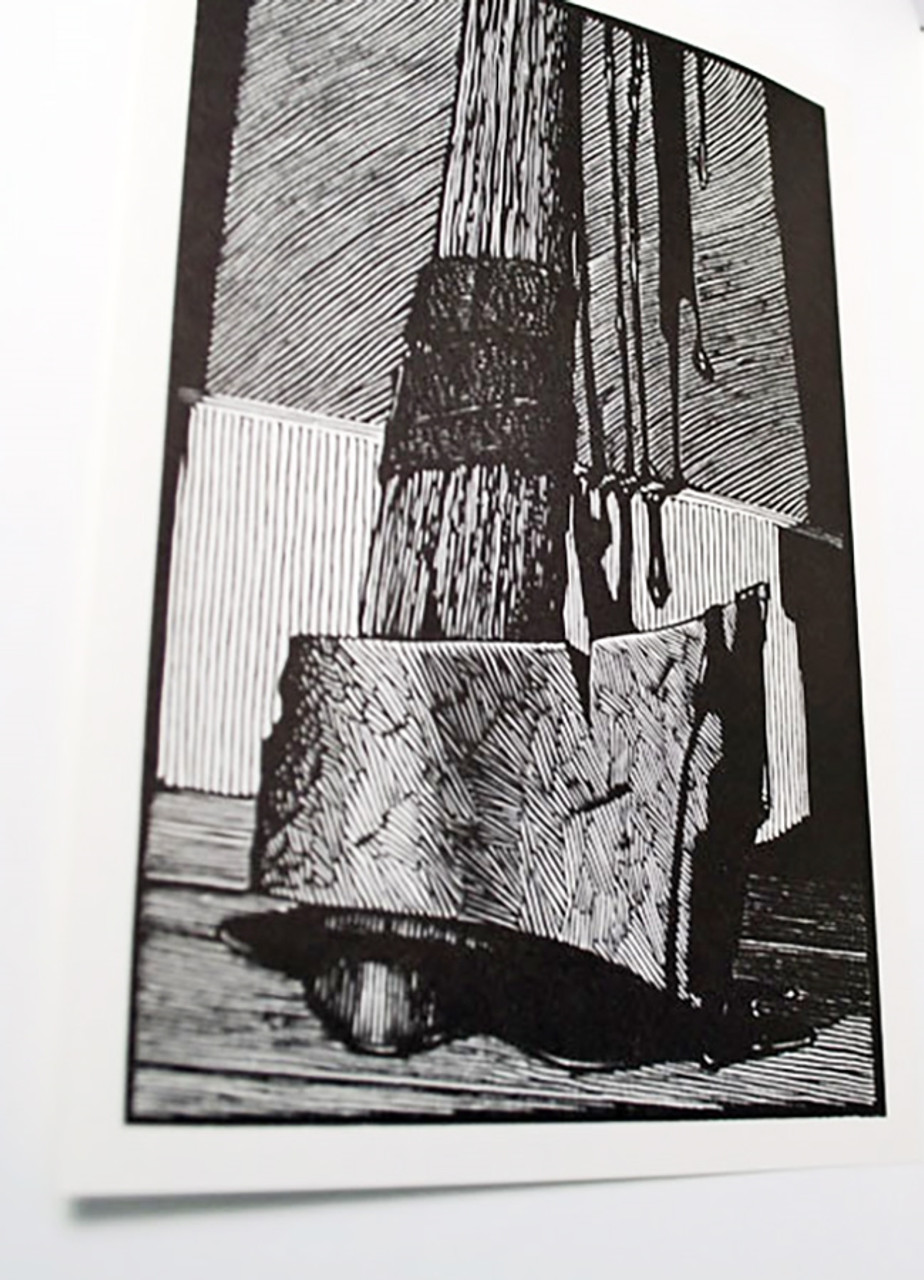 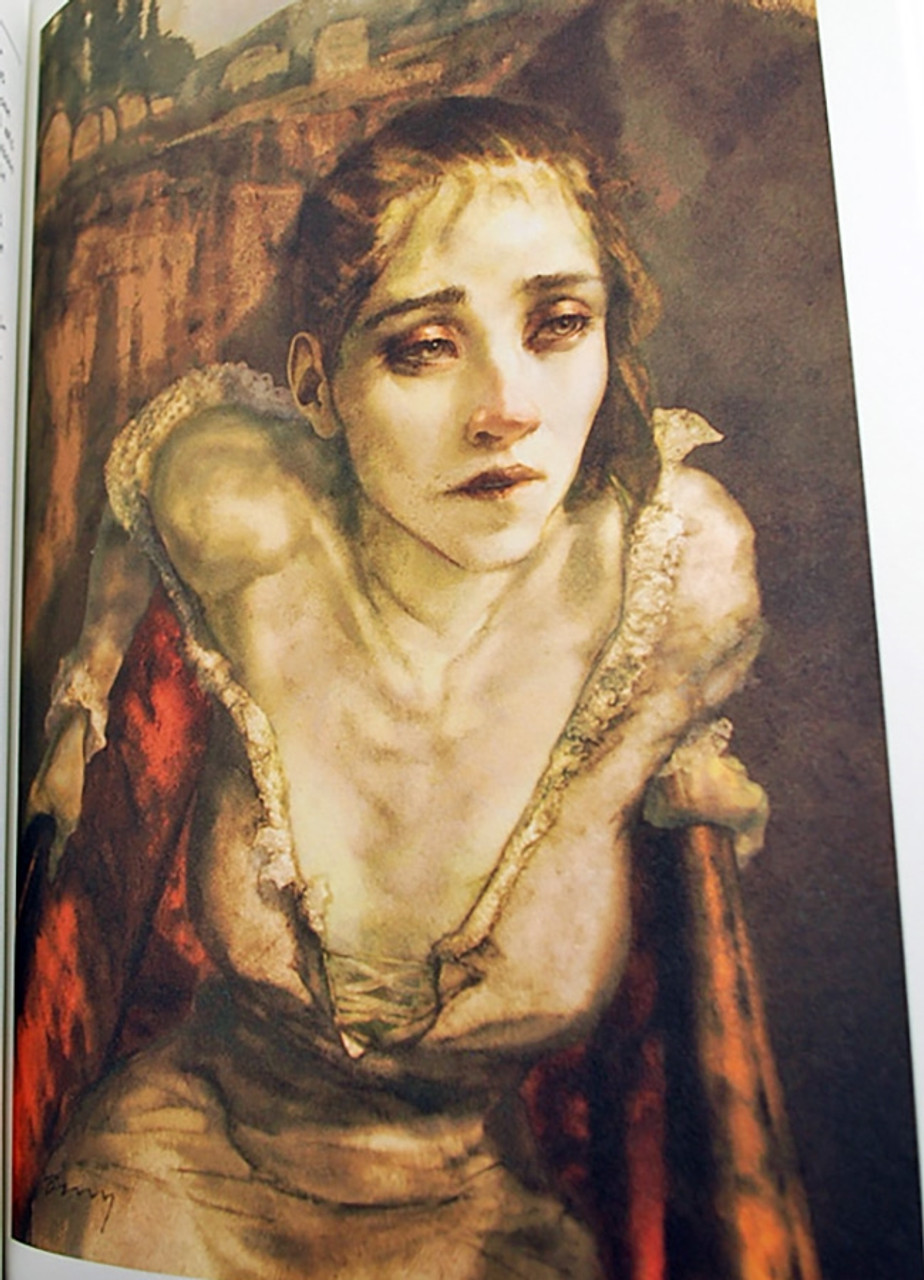 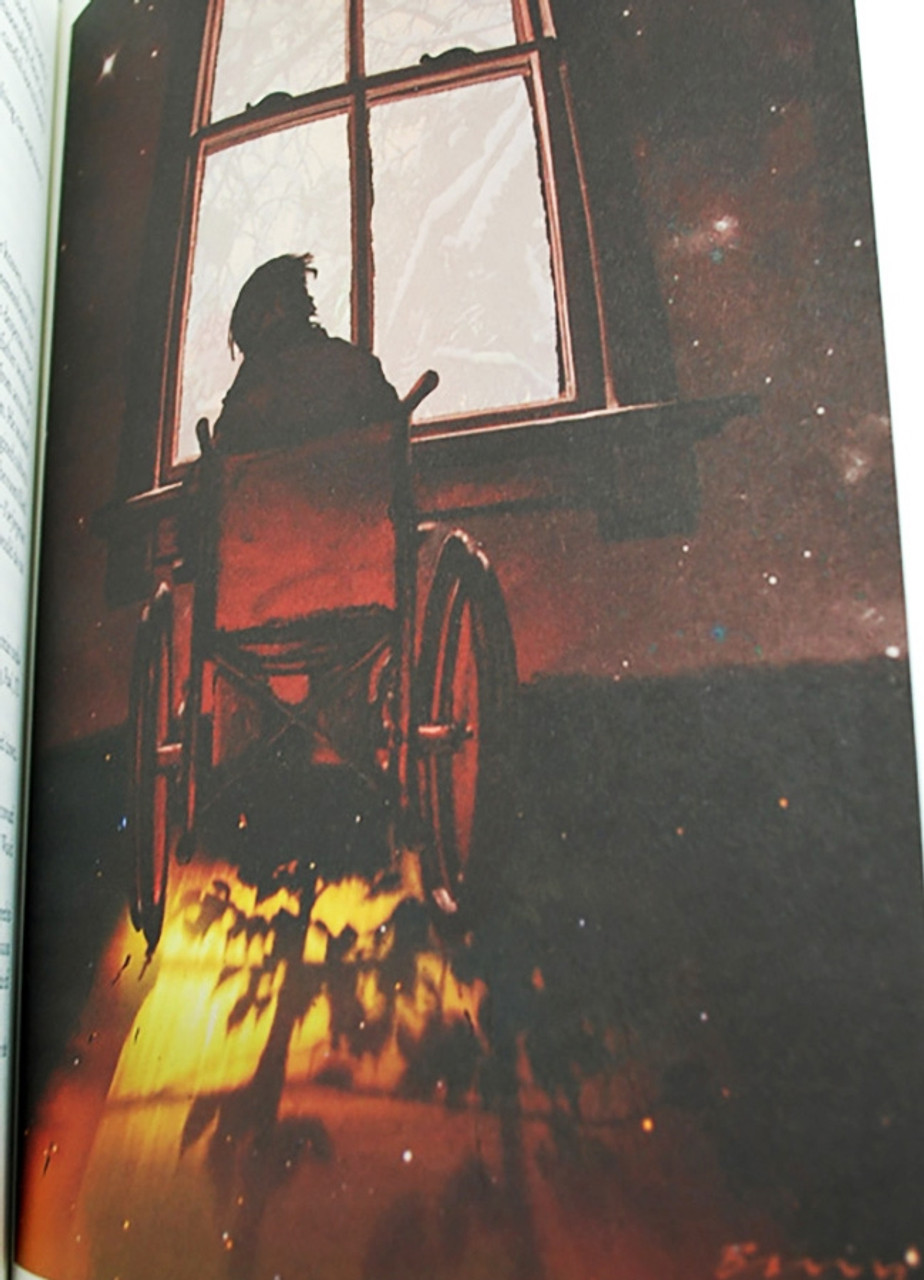 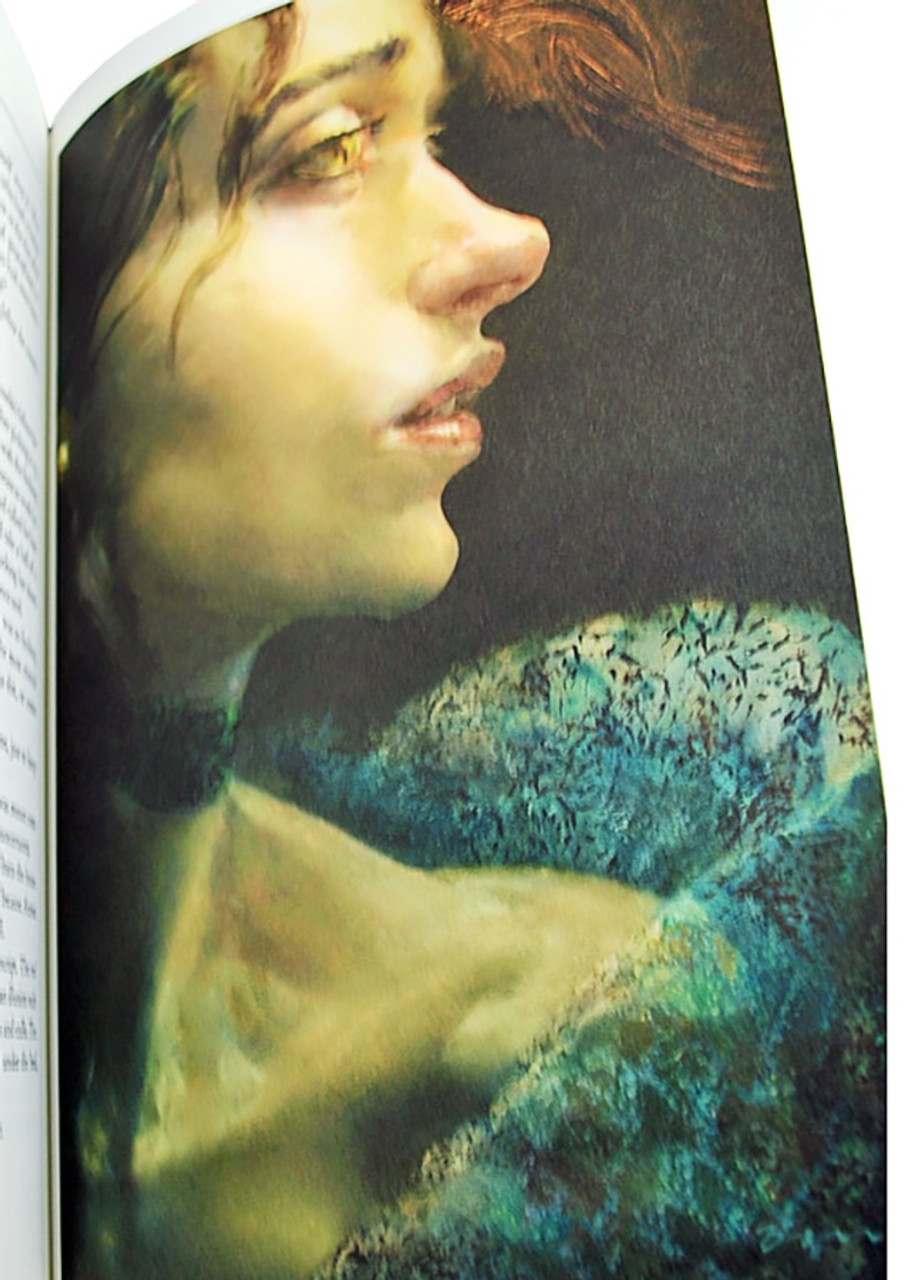 Personally signed by Stephen King and the artists Rick Berry and Dave Christensen. Limited to only 200.

Suntup Press, Irvine, CA. August 8th, 2018. Stephen King "Misery" Signed Limited Edition. Limited to only 200 copies, this edition is personally signed by the author Stephen King and artists Rick Berry and Dave Christensen. A low limitation run as compared to other limited editions. Custom printed slipcase. This edition is now OUT OF PRINT from the publisher and will not be made available again, ever! Sold out in about a month from the sale date. This is the first time Stephen King has approved the publication of a limited edition of Misery.

One of the most anticipated signed limited editions of the year. The publisher has gone to great lengths to produce a volume that is of the highest quality, design, and desirability.

SIGNED NUMBERED EDITION (OUT OF PRINT) 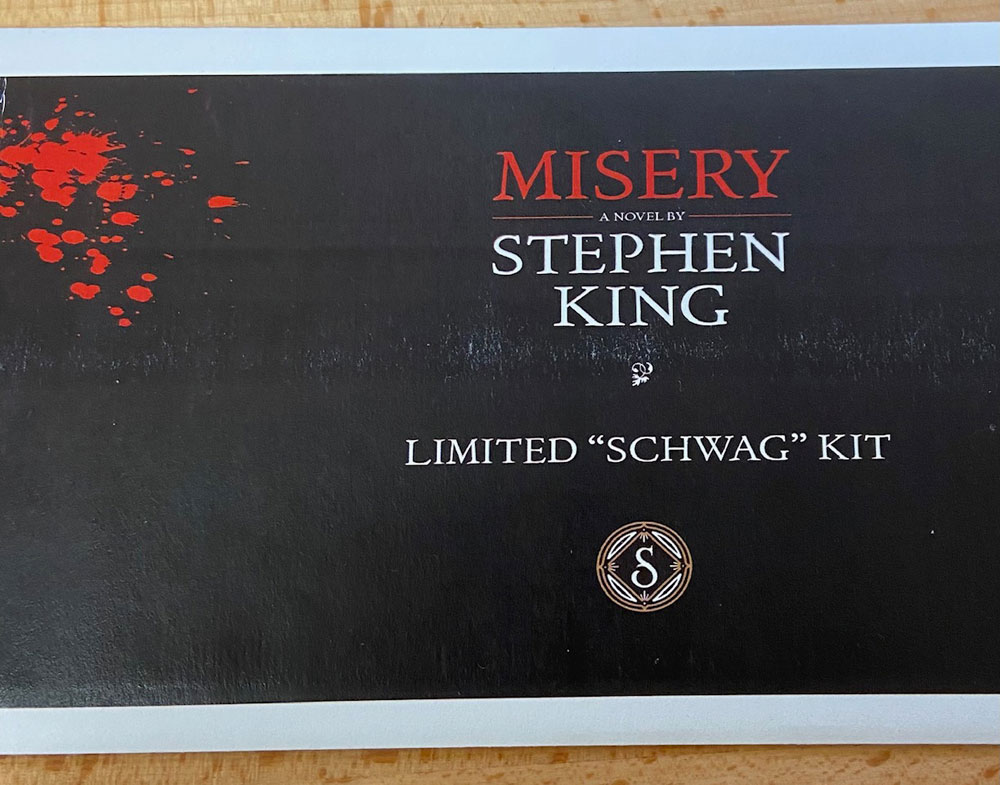 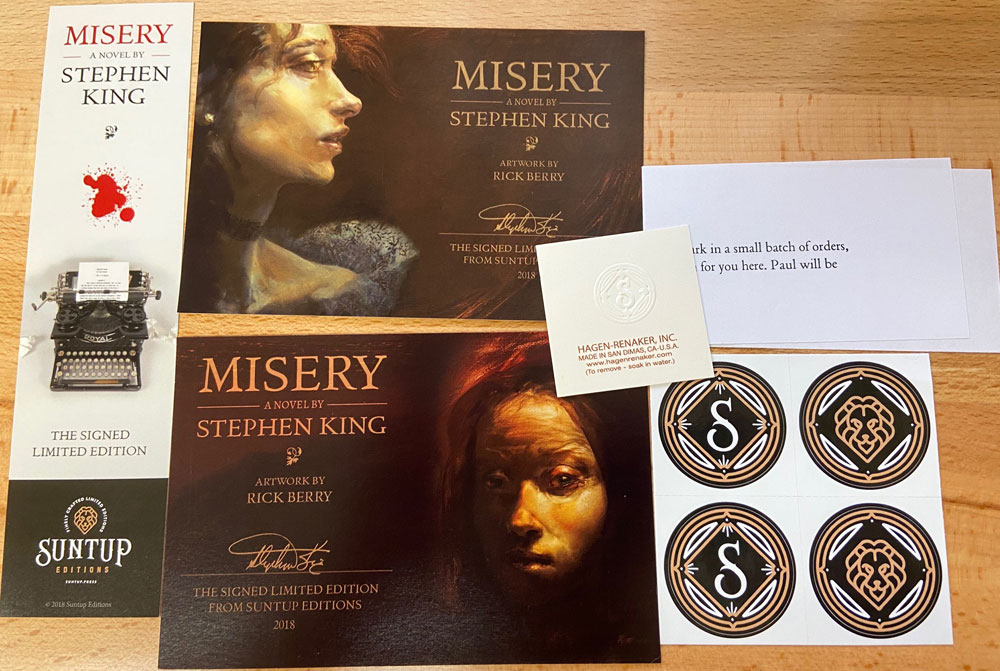 The Signed Limited Edition of Misery is published in three oversized states. All three oversized editions measure 7.5” x 10.5”, and feature eight new full-color illustrations by Rick Berry, whose critically acclaimed work includes the Donald M. Grant editions of The Talisman and Black House by Stephen King and Peter Straub. This listing is for the numbered edition, signed by Stephen King, Rick Berry and Dave Christensen.

ARTIST GIFT EDITION
Signed by Rick Berry and Dave Christensen, the slipcased Artist Gift edition features a dust jacket with stunning wrap-around artwork by Berry. It is a smyth-sewn binding with full imperial cloth, two-hits stamping on front and spine, and is printed offset. Limited to 1,250 copies, it is the only edition of the three with the wrap-around dust jacket art. Also includes five black & white illustrations by Dave Christensen.

NUMBERED EDITION
The Numbered edition is limited to 200 copies, and is signed by Stephen King, Rick Berry and Dave Christensen. The first 185 copies are for sale and numbered in black. The remaining 15 copies are numbered in red and reserved for private distribution. It is a smyth-sewn quarter leather binding, with Japanese cloth front and back boards and a gold stamped spine. The edition is printed letterpress on Cranes Lettra Pearl White cotton paper, and housed in a custom clamshell box with a leather spine label.

LETTERED EDITION
The Lettered edition is limited to 26 copies for sale lettered A-Z, and is signed by Stephen King, Rick Berry and Dave Christensen. It is printed letterpress on moldmade Arches wove paper with a deckled fore edge, and handbound in full crimson goatskin leather. Endpapers are marbled, and made exclusively for this edition. The binding is sewn and rounded with a hollow back designed to prevent sagging fo the page block. The edition includes an original signed frontispiece print pulled from an engraving by renowned illustrator and designer Barry Moser. The print is signed by the artist. The title is made using six original Royal glass typewriter keys which are inset into the cover, and the letter designation is a Royal key inset into the lower back cover.

The book is housed in a custom walnut wood box designed to resemble an original royal Model 10 packing crate, and features a black velvet-lined book bed. The box is laser engraved and handcrafted by Dick Olson at his workshop in Farmington, new Mexico.

This beautiful ceramic emperor penguin was included free with all Lettered edition orders, as well as the first 75 private and public pre-orders for either the Artist Gift edition, or the Numbered edition. Made by world-famous Hagen-Renaker, manufacturer of collectible ceramic animal figurines for 70 years, this is the same brand of penguin that appeared in the screen adaptation of Misery. 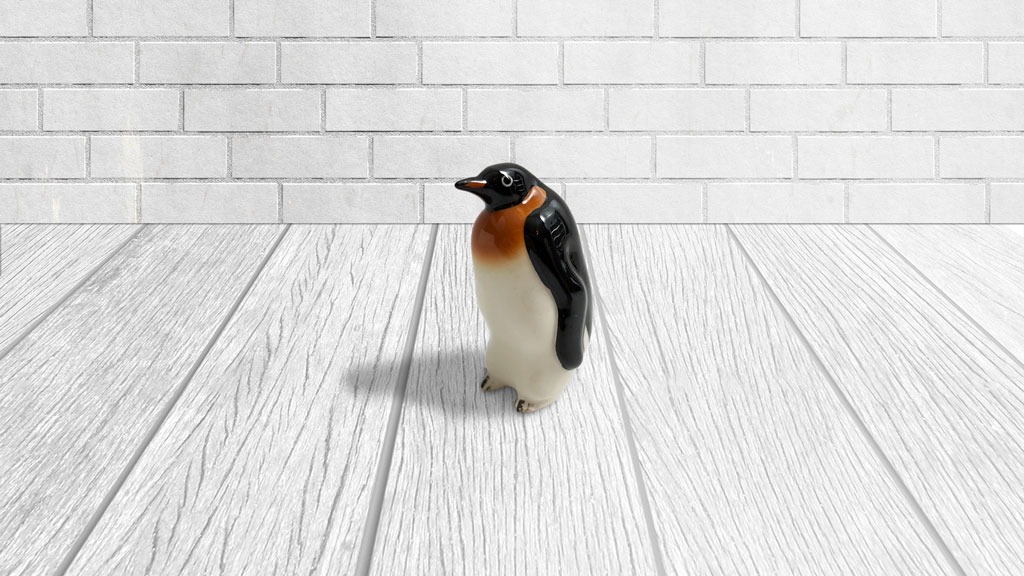 Originally published in 1987, Misery was nominated for the World Fantasy Award for Best Novel in 1988, and was later made into an Academy Award winning film starring Kathy Bates and James Caan, as well as an off-Broadway play of the same name.

Misery’s protagonist is Paul Sheldon, a writer famed for his Victorian-era romance novels that revolve around the life and loves of Misery Chastain. Following the completion of his latest book, Paul is rescued from a near fatal car crash by his self-proclaimed #1 fan Annie Wilkes, who transports the writer to her home only to hold him hostage after discovering what Paul has done to Misery in his latest book. Annie forces Paul to write a new book modifying the story – no matter what it takes.

Rick Berry was born on June 2, 1953 and is a contemporary American expressionistic figure artist based in the Boston area. Berry creates art for galleries, illustration, and paintings for theatrical performances. Berry’s work has appeared in many science fiction, fantasy and comic books, including Neil Gaiman’s Sandman, Magic: The Gatheringcards, and Stephen King novels. In 1985, Berry created the first digitally painted book cover worldwide for William Gibson’s Neuromancer.

Barry Moser was born in Chattanooga, Tennessee, in 1940 and is an American illustrator, painter, printmaker, designer, author, essayist, and teacher. He studied at the Baylor School, Auburn University, and the University of Tennessee at Chattanooga. He did graduate work at the University of Massachusetts at Amherst in 1970 and studied with George Cress, Leonard Baskin, Fred Becker, and Jack Coughlin.

His work is represented in numerous collections, museums, and libraries in the United States and abroad, including The Metropolitan Museum, The British Museum, The Library of Congress, The Pierpont Morgan Library, The Vatican Library, Cambridge University, the Israel Museum and Princeton University, to name a few. Some of his most celebrated work has been his illustrations for Lewis Carroll’s Alice’s Adventures in Wonderland and Through the Looking-Glass, the former of which won him the National Book Award for design and illustration in 1983. He has illustrated over 300 other works, including The Bible, A River Runs Through It, and Moby-Dick. 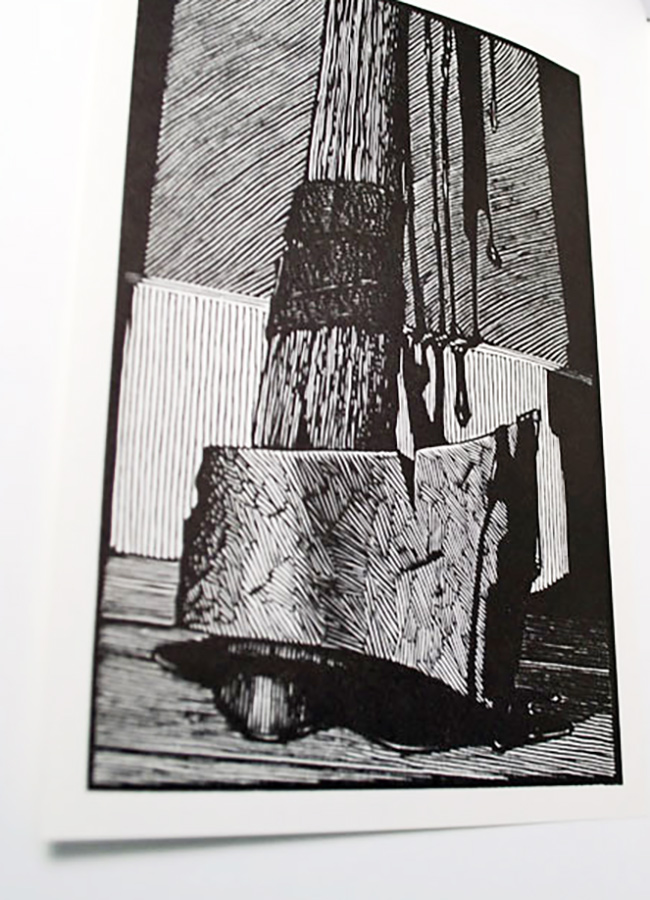 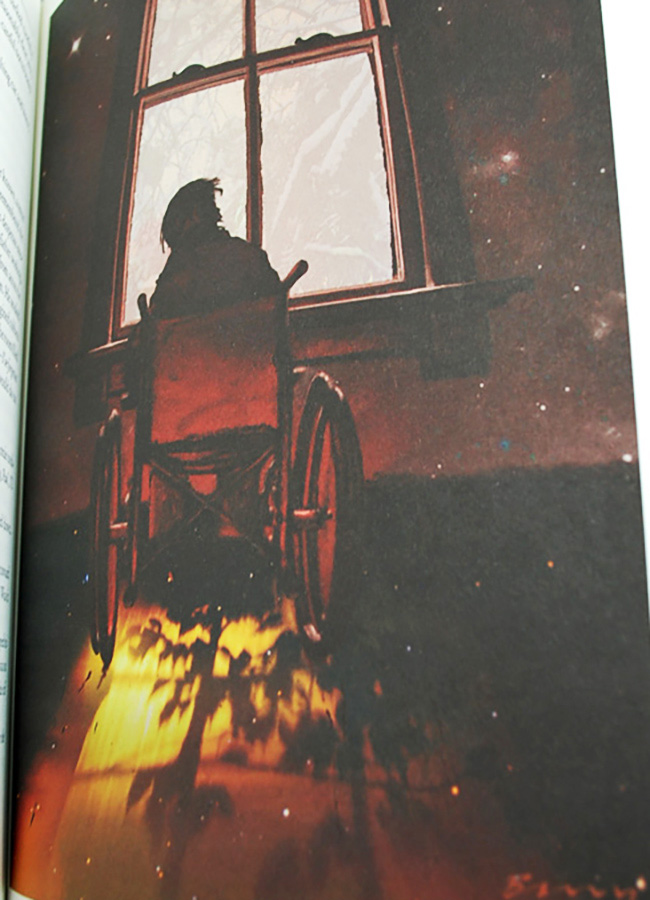 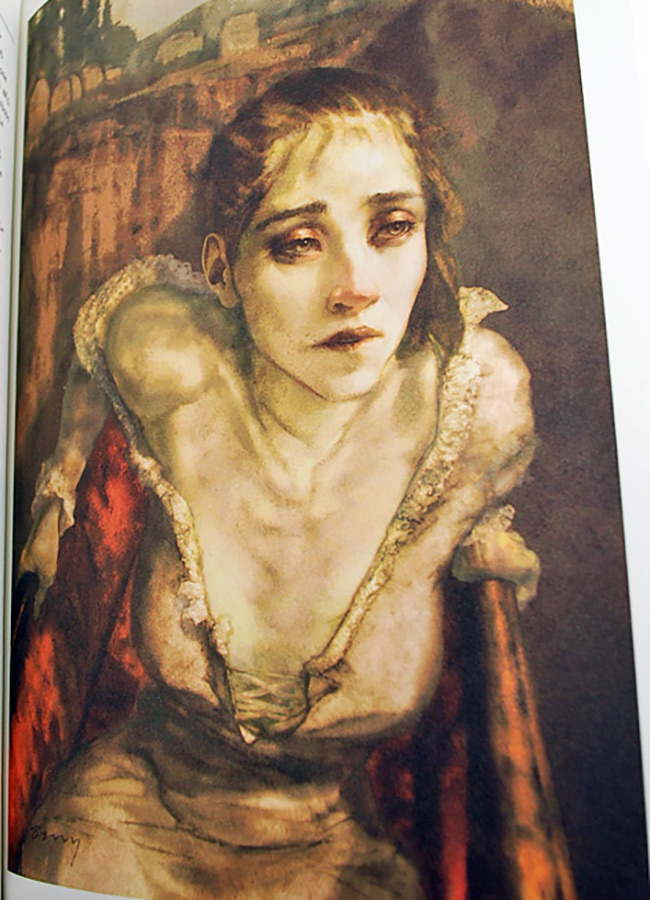 Lifetime Guarantee of Signature Authenticity
Personally signed by Stephen King and the artists Rick Berry and Dave Christensen directly into the book. The autographs are not facsimiles, stamps, or auto-pens. This edition is limited to only 200 copies produced. learn more
VERY FINE GUARANTEED. A wonderful bright clean copy free of any markings, writings, or stamps. Unread book with sharp corners that are not bumped. Tight and square spine. No attached bookplates or indication of any removed, and free of tobacco odors. The condition is of the highest quality without any discernible flaws.

Signed Limited Edition of only 200, this one being #102. Personally signed by Stephen King directly onto the special bookplate affixed onto the limitation page. Publisher: Hodder & Stoughton...

"REVENGE IS A DISH BEST SERVED COLD" Personally signed by Stephen King and limited to only 1,000 A rare signed limited edition for the King colle