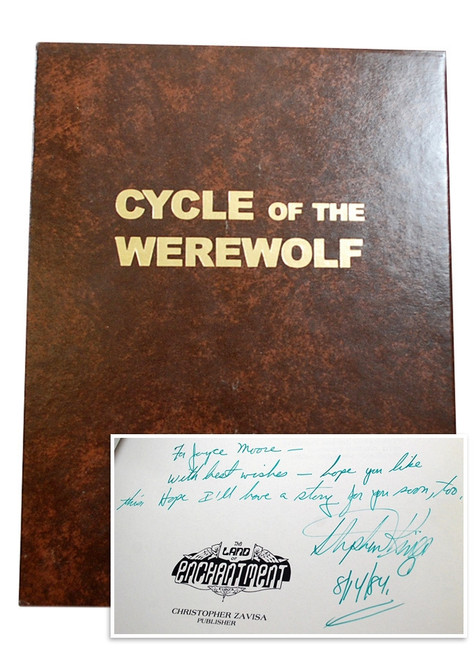 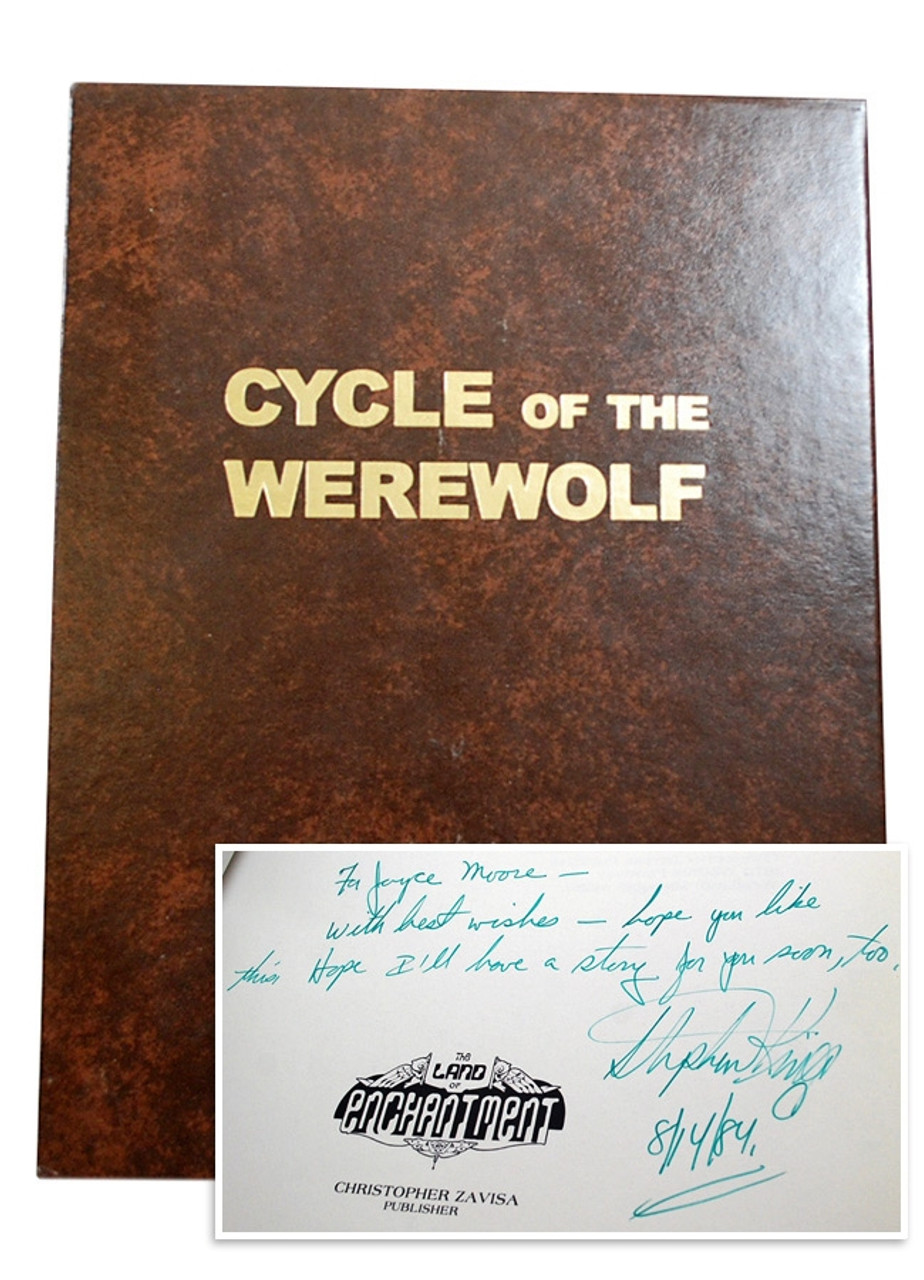 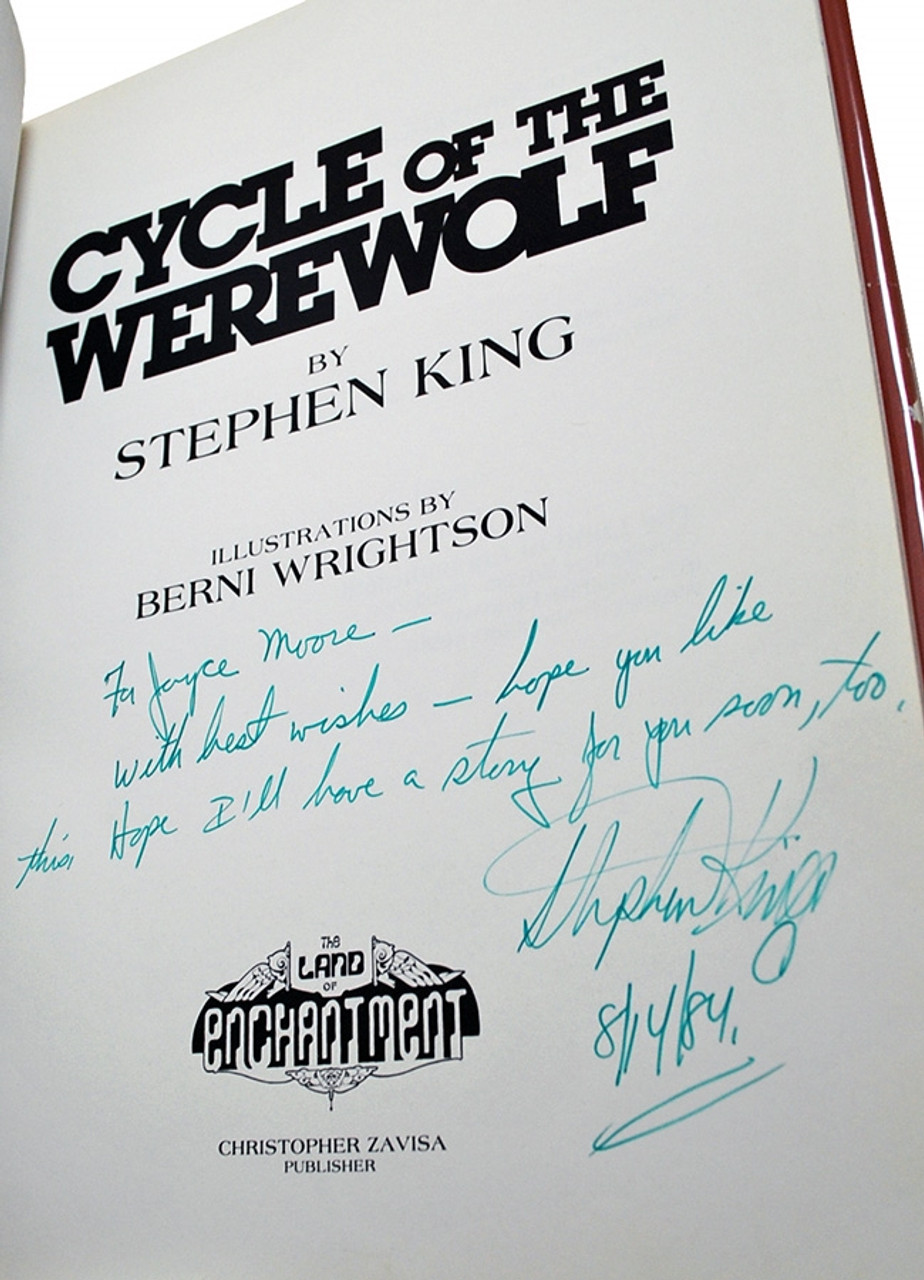 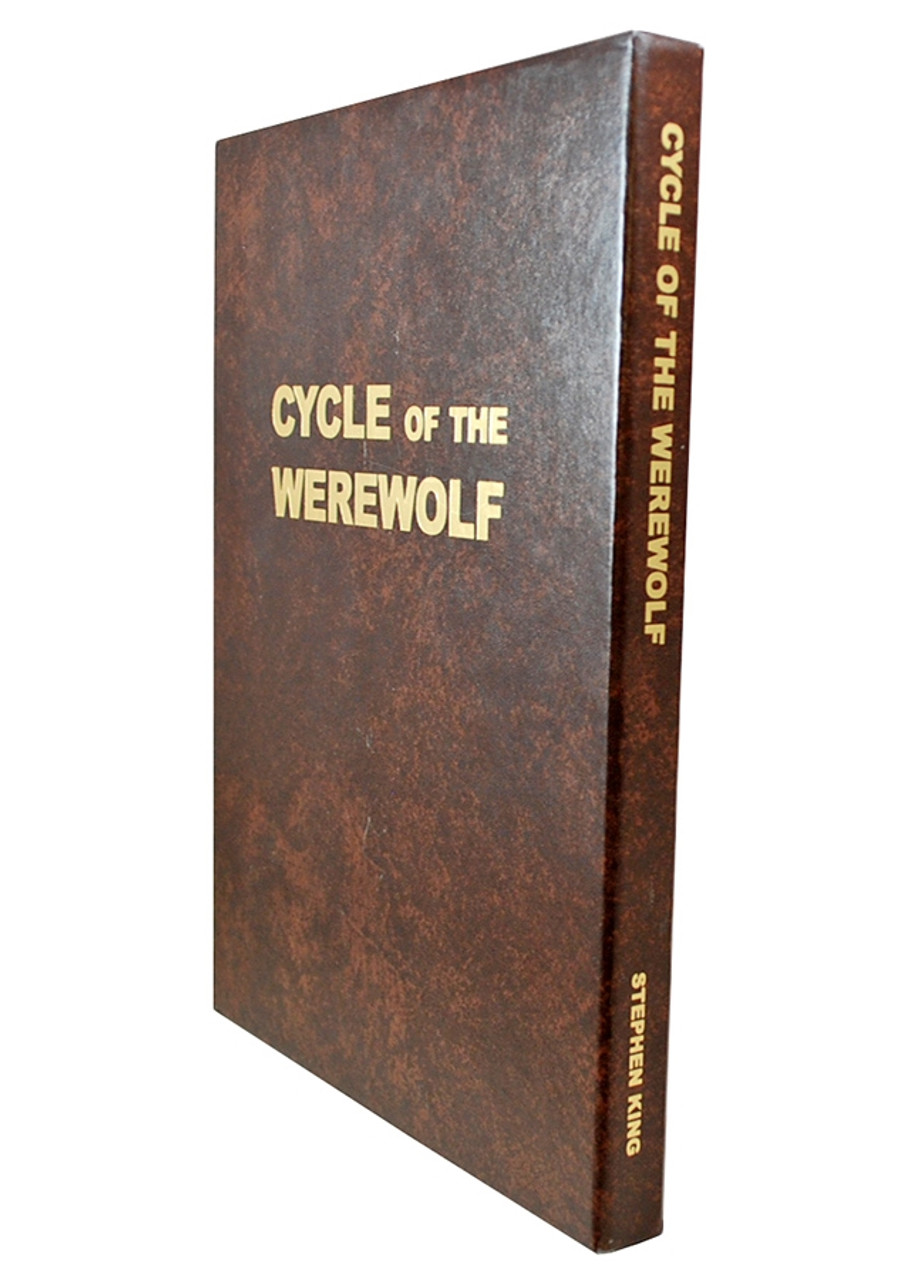 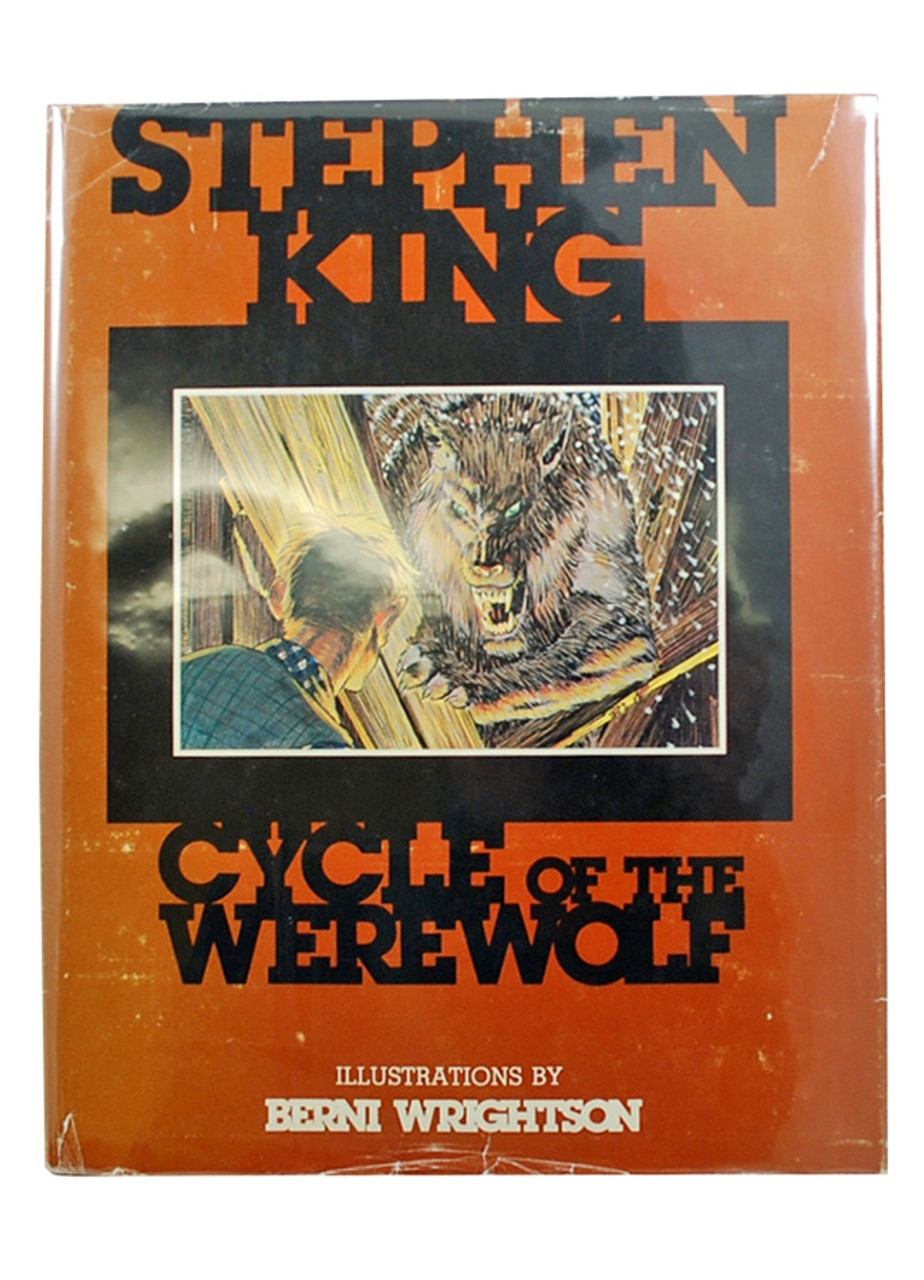 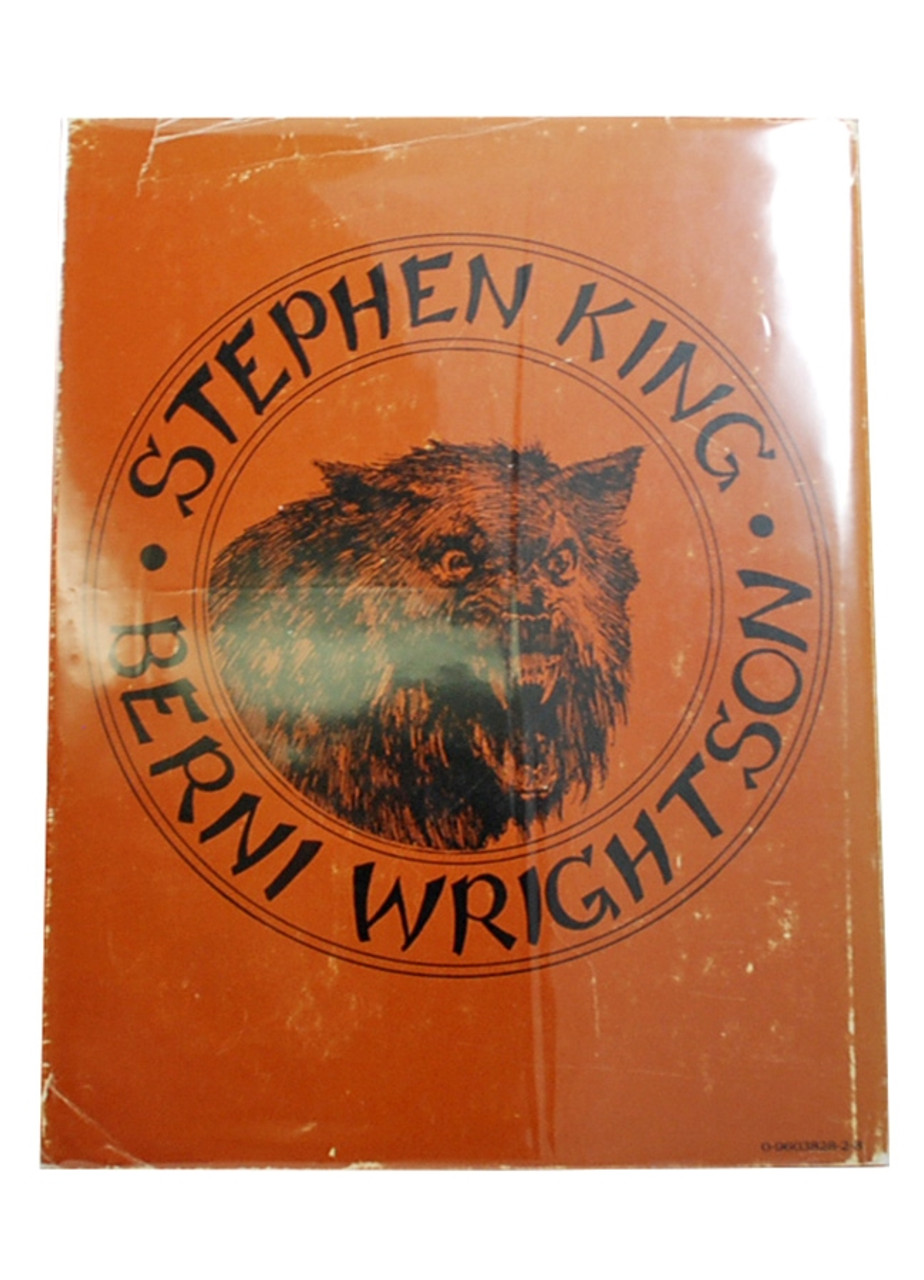 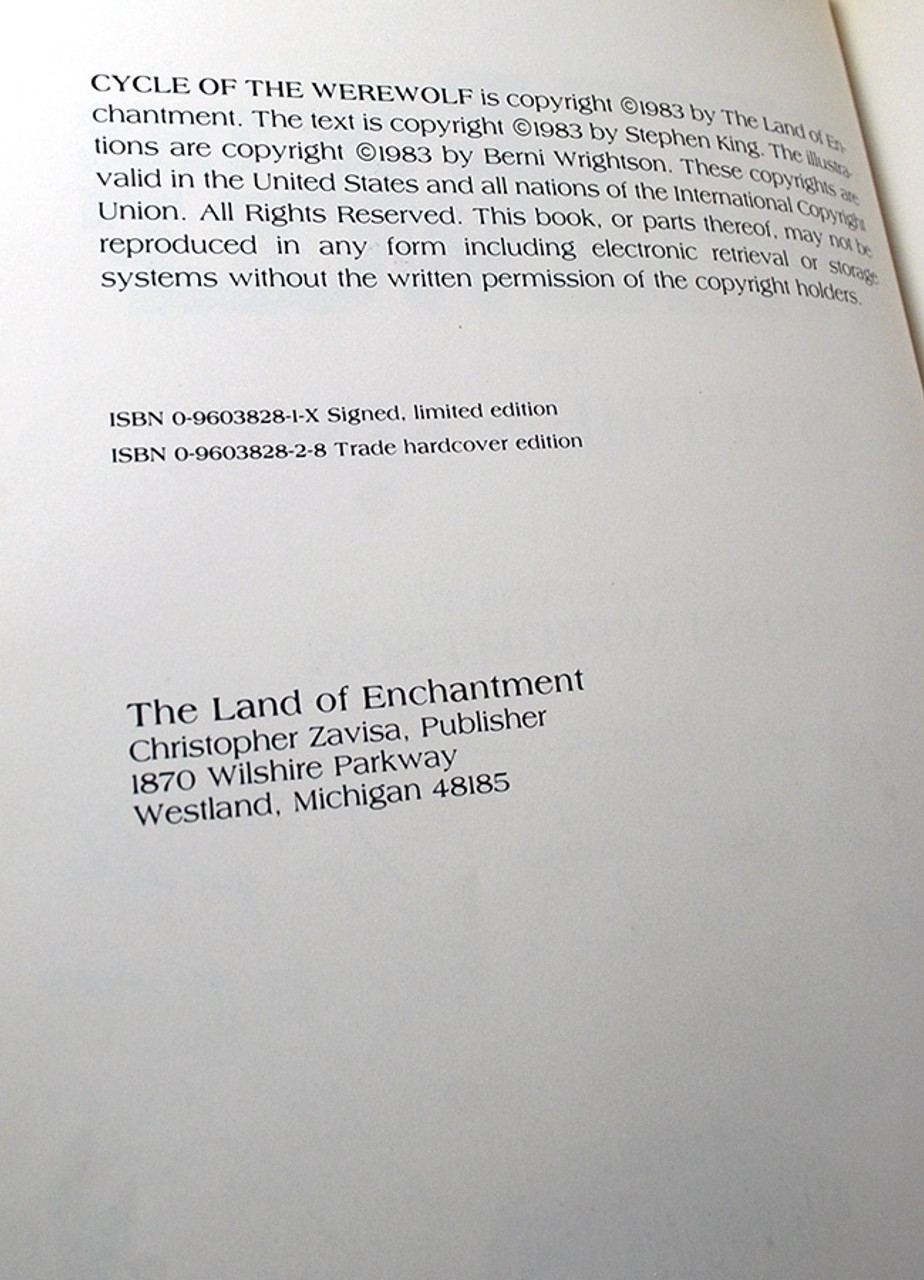 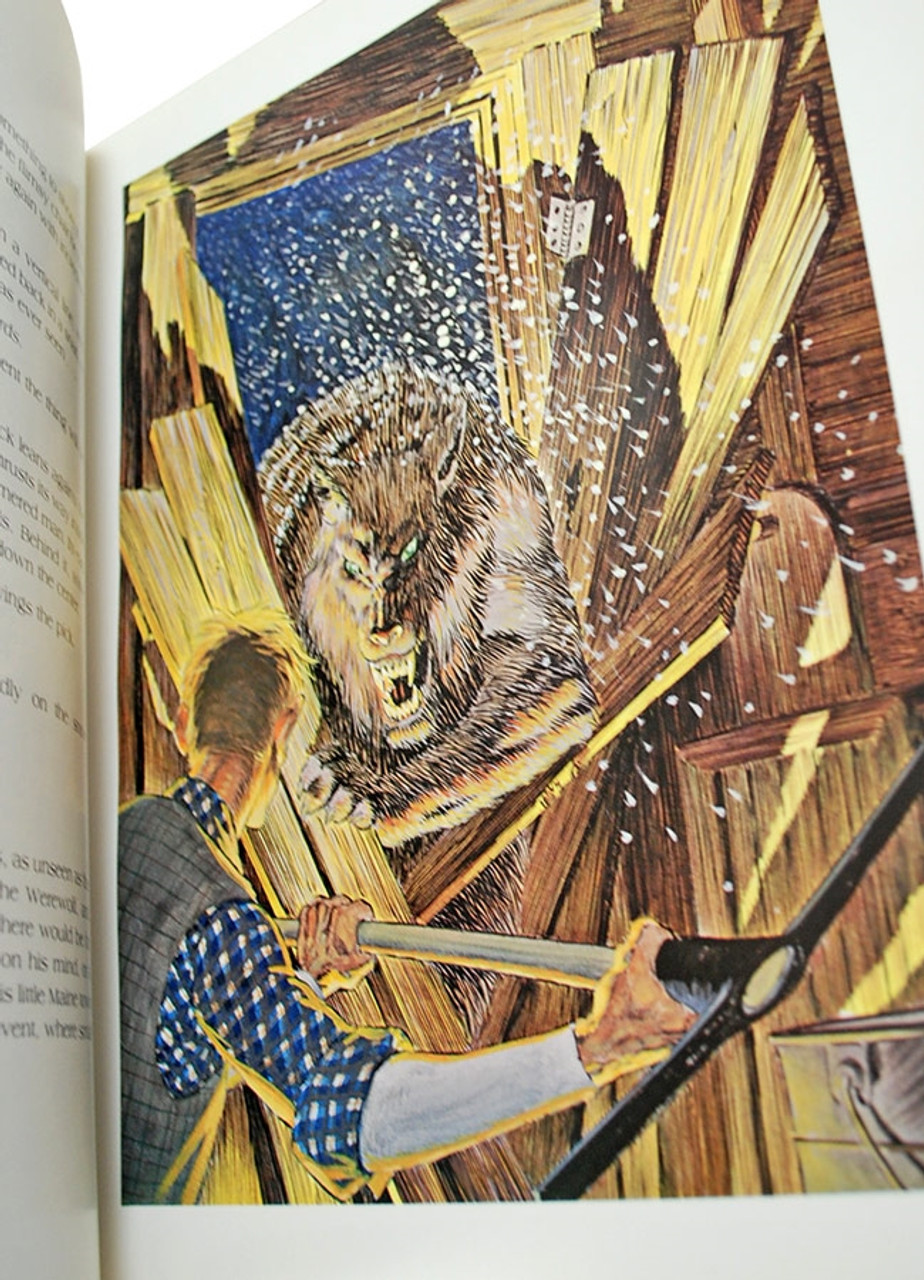 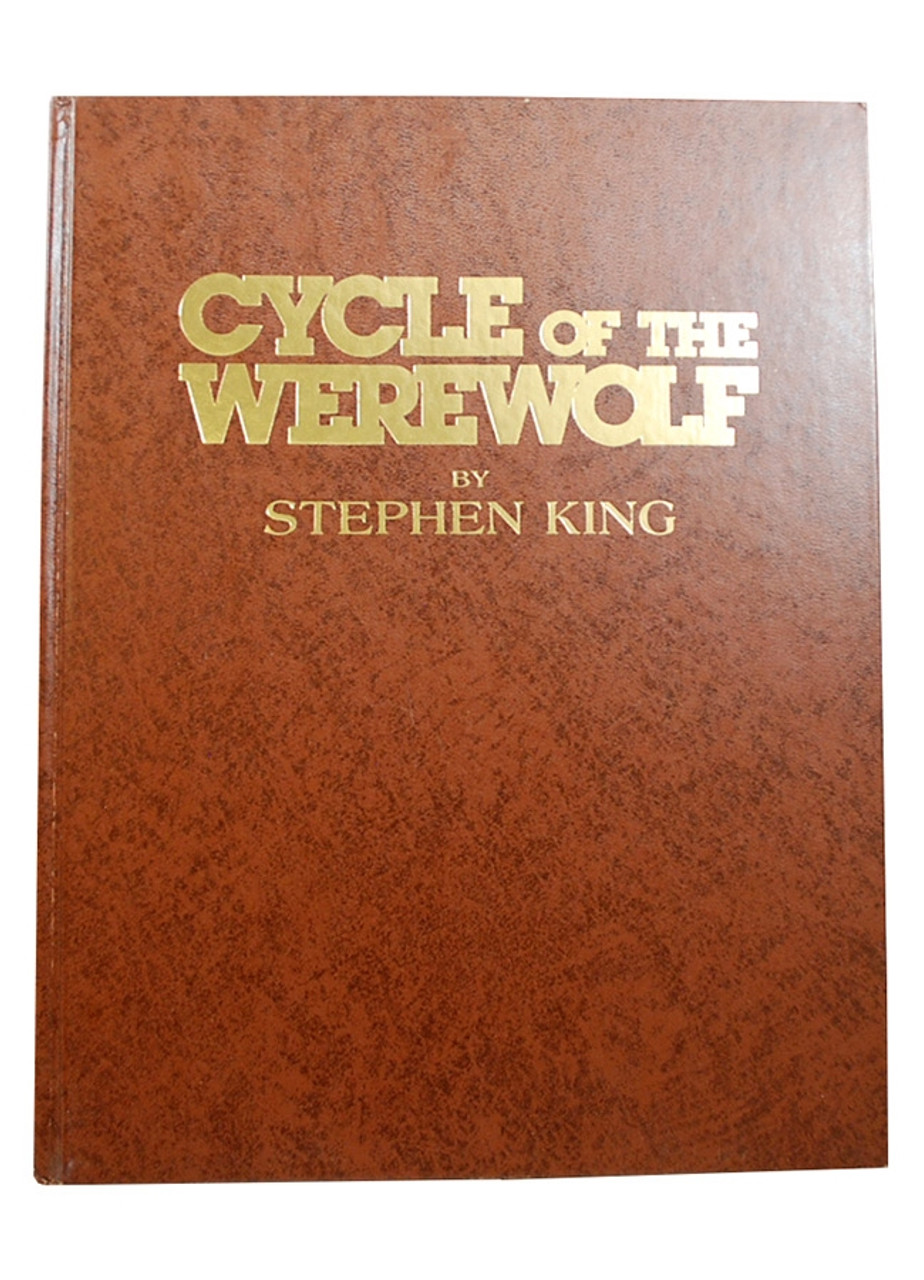 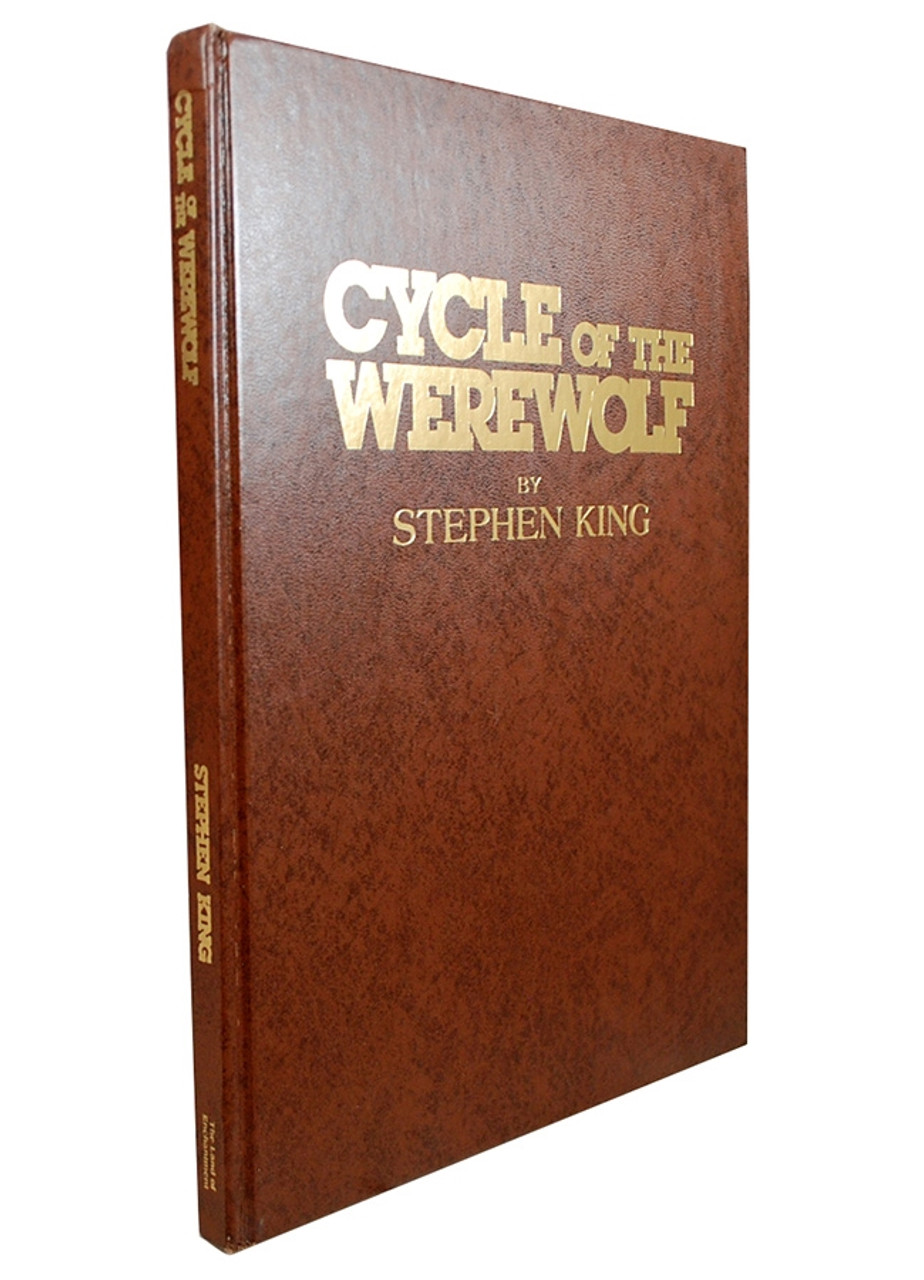 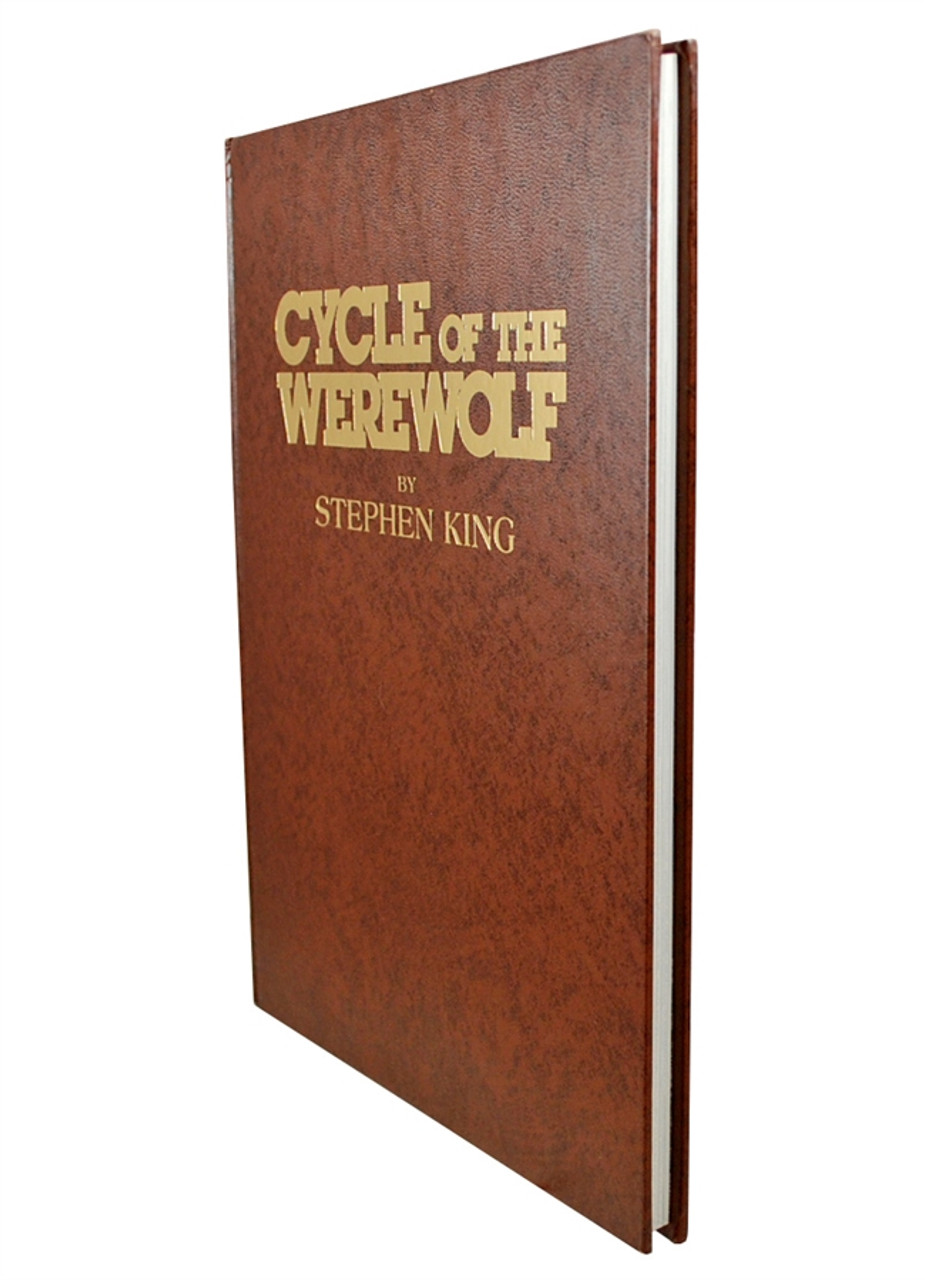 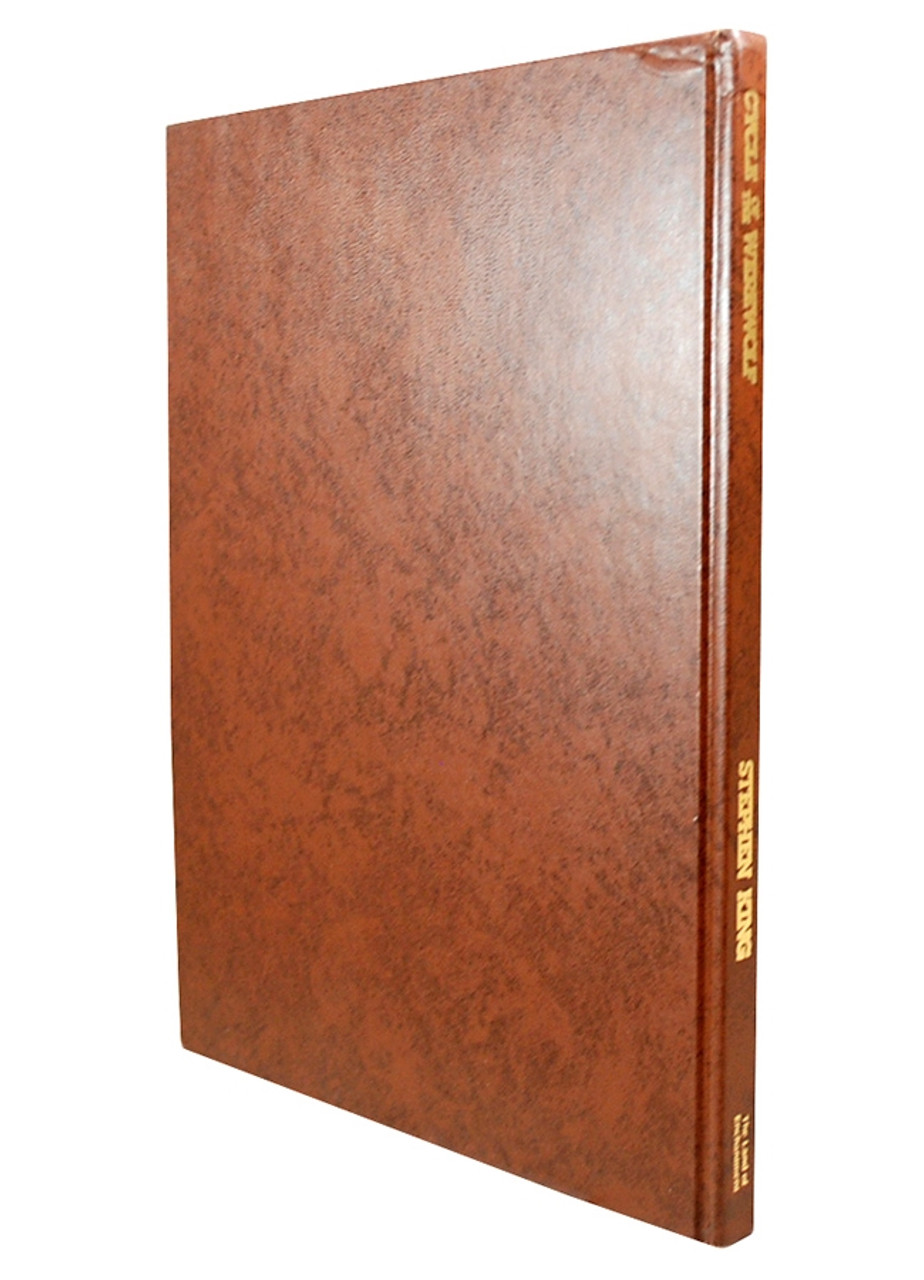 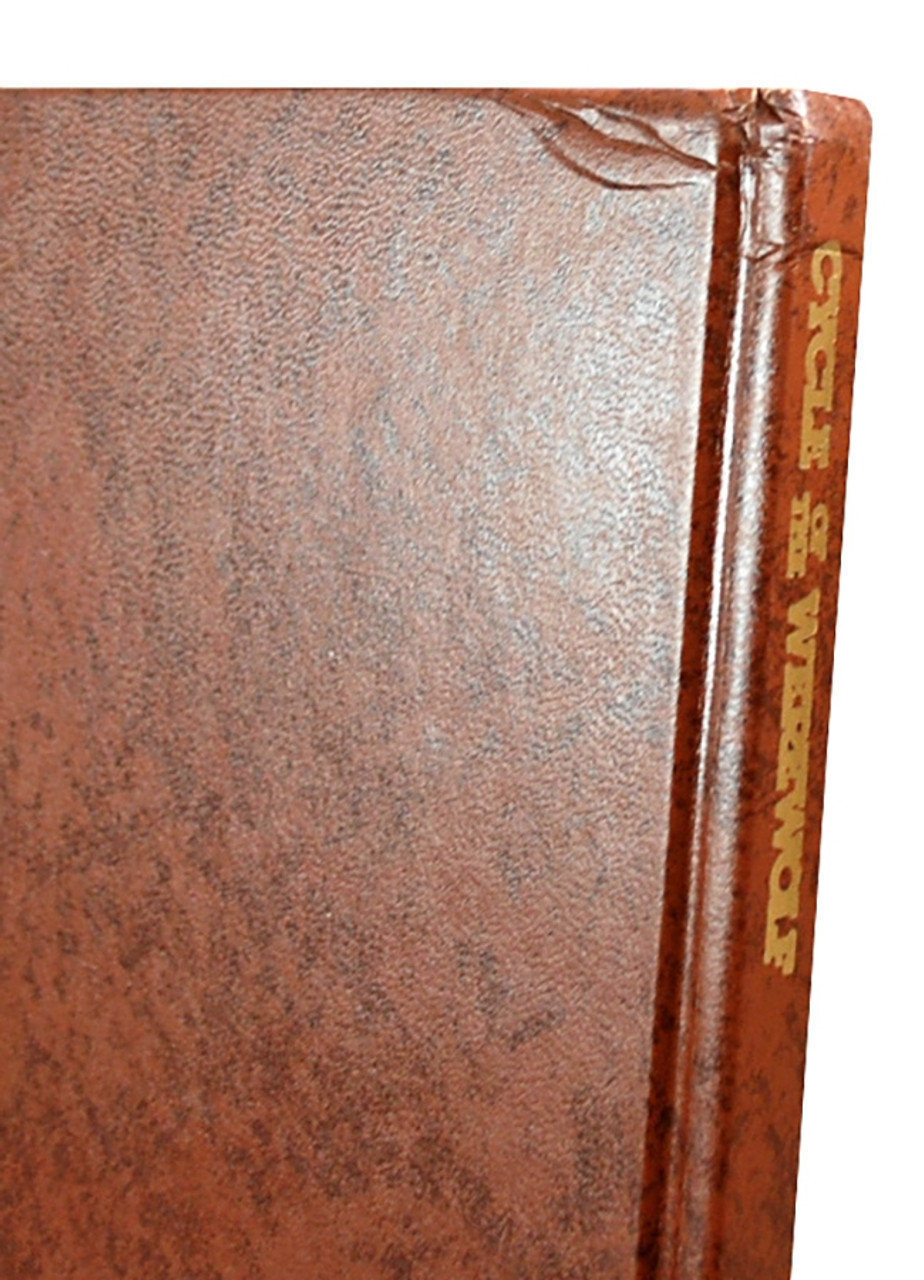 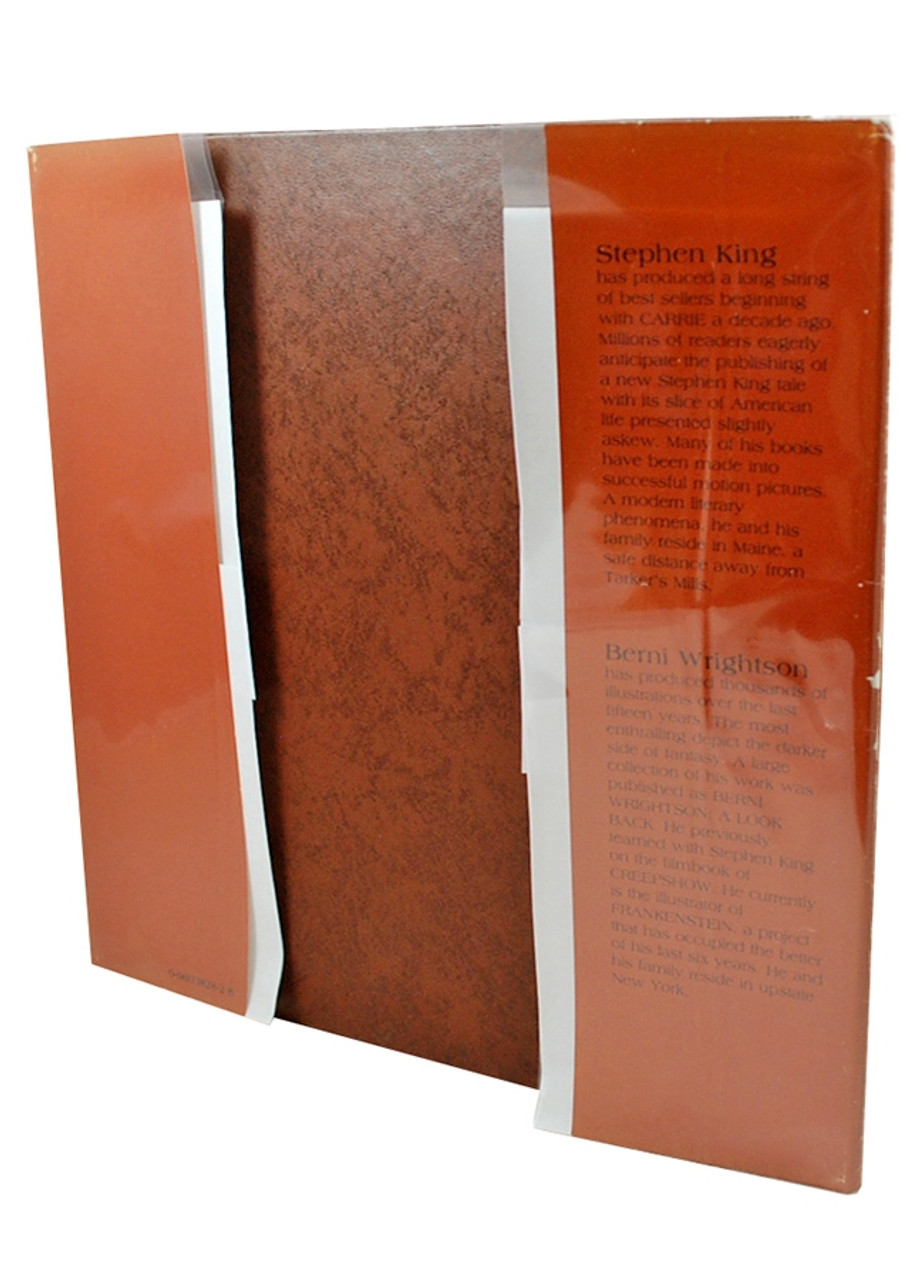 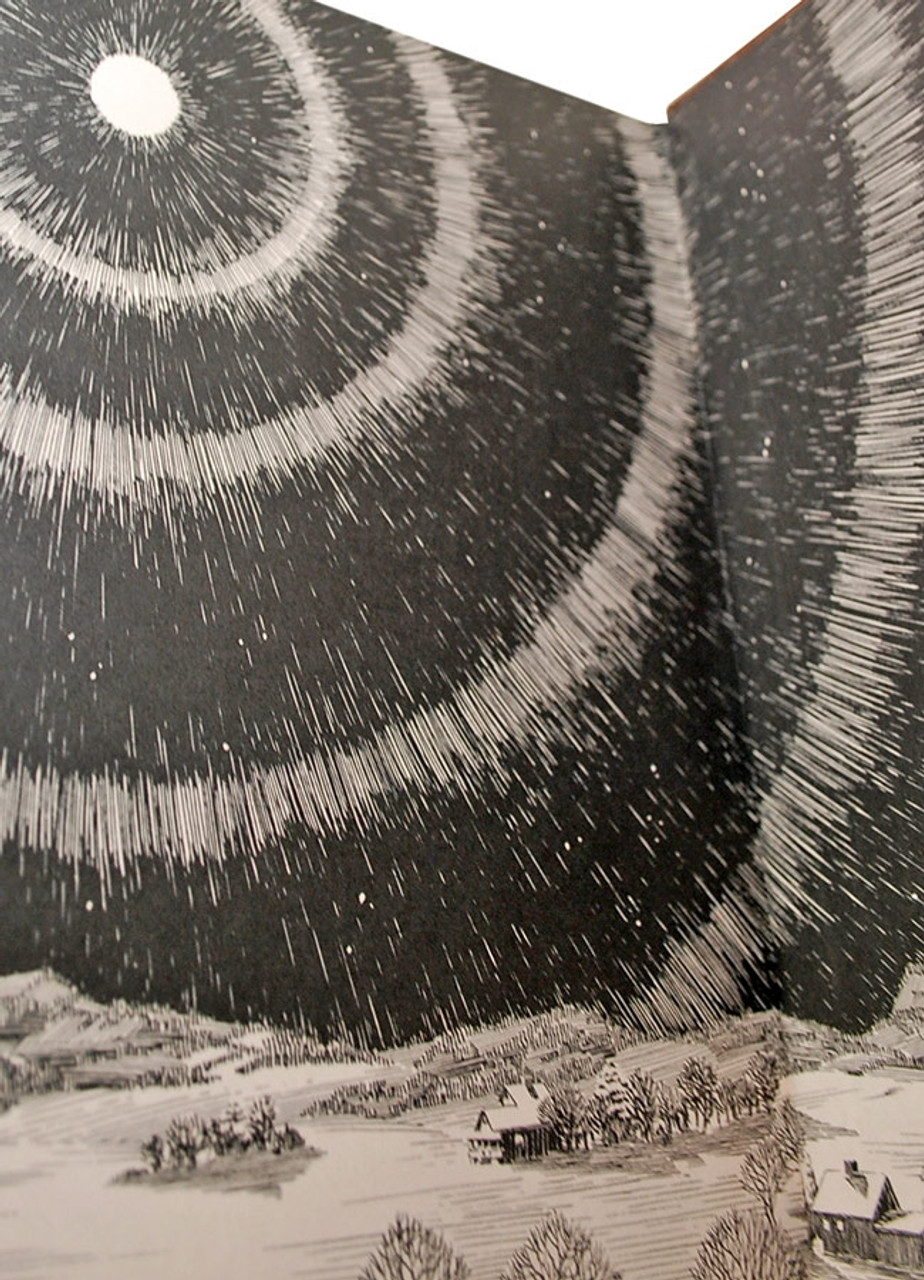 An amazing collectible that will enjoy a special status in your collection. This first edition was produced in a limited quantity of only 7500, and it is even more scarce signed and inscribed by the author.

Personally signed and dated by Stephen King in 1984 (only one year after publication) with a personal inscription to a fan.


The Land of Enchantment. Copyright 1983. Christopher Zavisa, Publisher. Stephen King "The Cycle Of The Werewolf". Signed First Edition with a personal inscription. Only 7500 printed in this first edition. A wonderful handwritten inscription to a fan , directly onto the title page of the book. Signed and inscribed by the author only one year after the date of publication. Includes after-market custom matching slipcase for display and protection. The dust-jacket of the book is now protected in a clear archival Mylar sleeve. Illustrations by Berni Wrightson. This item includes a Certificate of Authenticity.

The Cycle Of the Werewolf is a single story by King, issued in a limited edition with illustrations by Berni Wrightson, who had collaborated with King on Creepshow. There were various signed issues of the book; this is the first edition trade hardback with original dust-jacket. Photos of actual item.

Hardcover: Near Fine with slight edge-wear in a couple of the corners and a small bump as shown. Otherwise a wonderful bright clean copy with a square and tight spine. The pages are crisp and clean, with no marks, writings, or stamps. A well-cared for book with sharp corners and clear graphics all around. No bookplates attached or indication of any removed.

Dust-jacket: Near Fine for this notoriously fragile dust-jacket. A bright dust jacket with art work that is clear and not faded. A wonderful bright clean copy with illustrations. Slight creasing along bottom edge as shown. Two closed short tears and several creases.