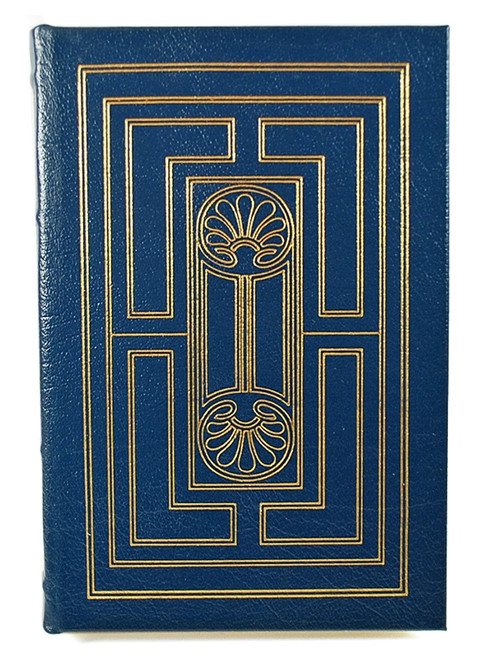 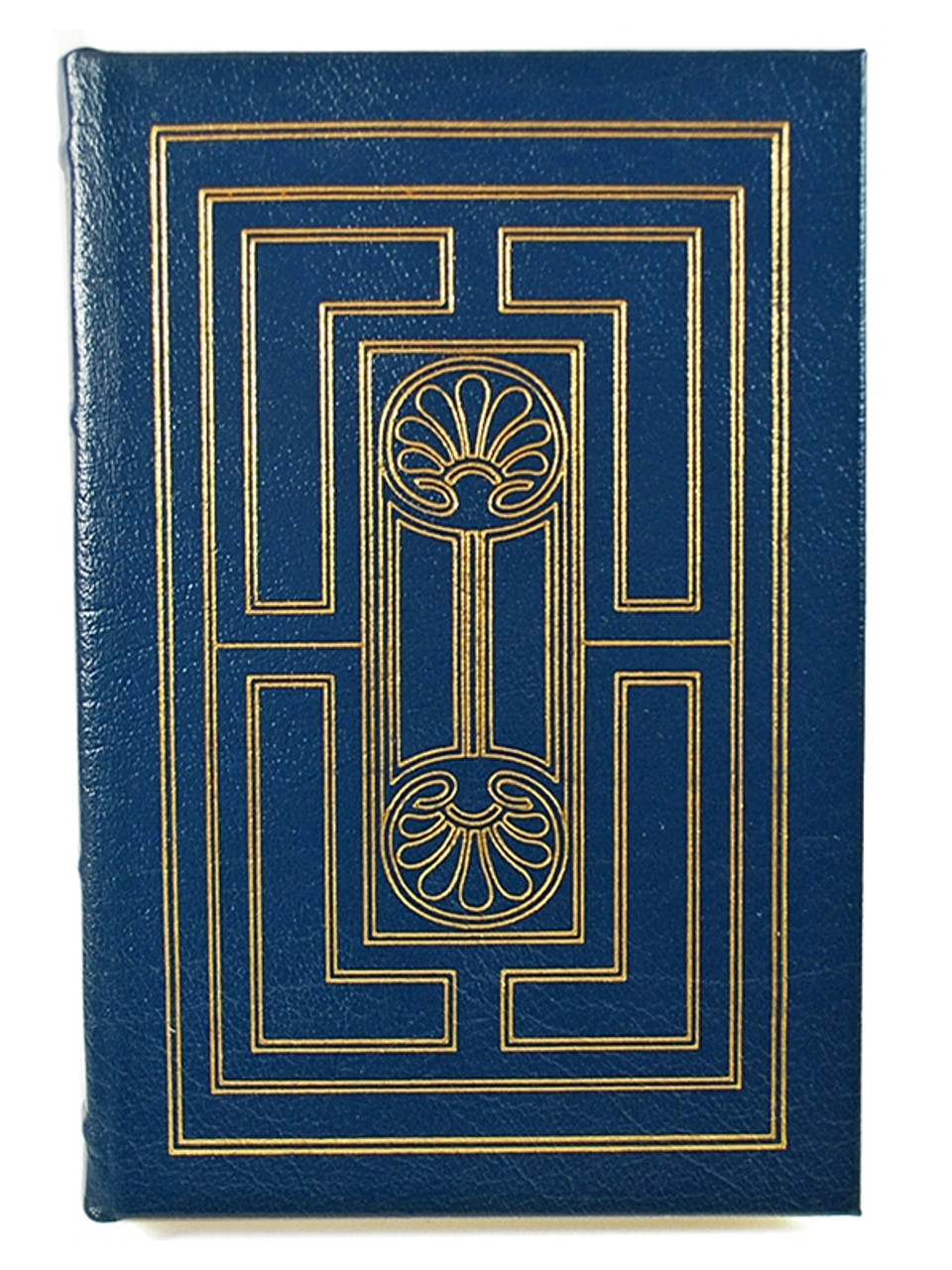 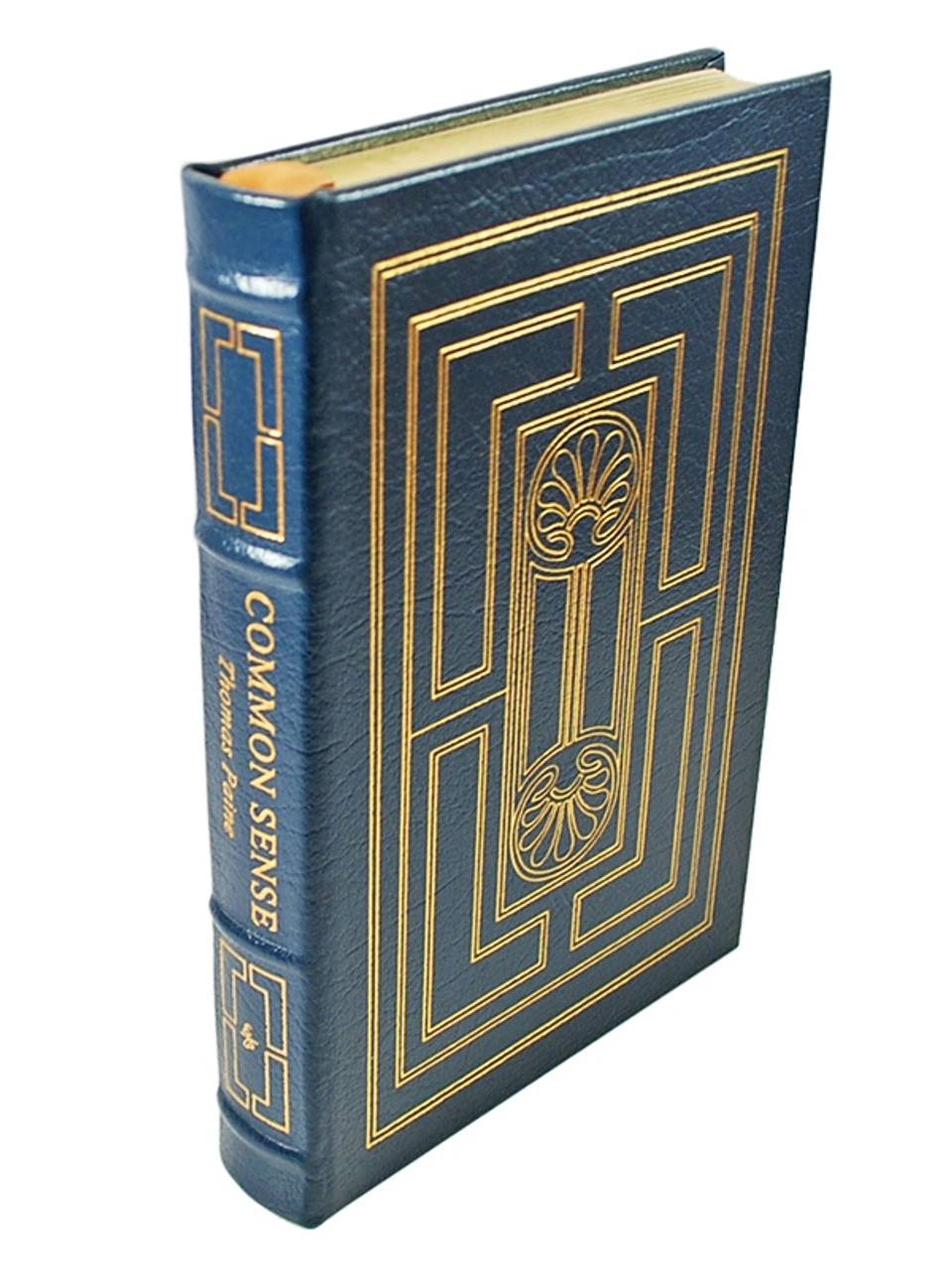 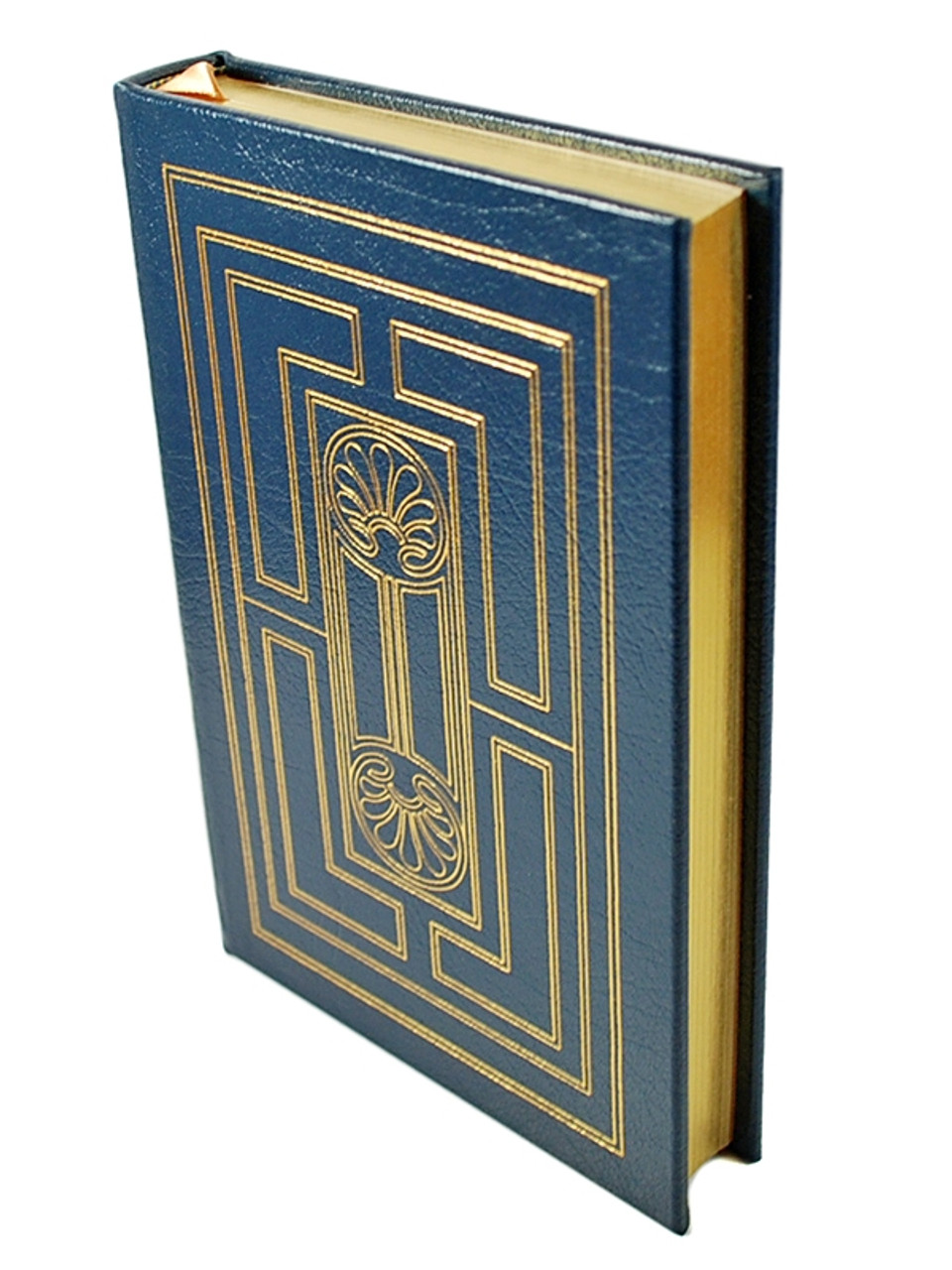 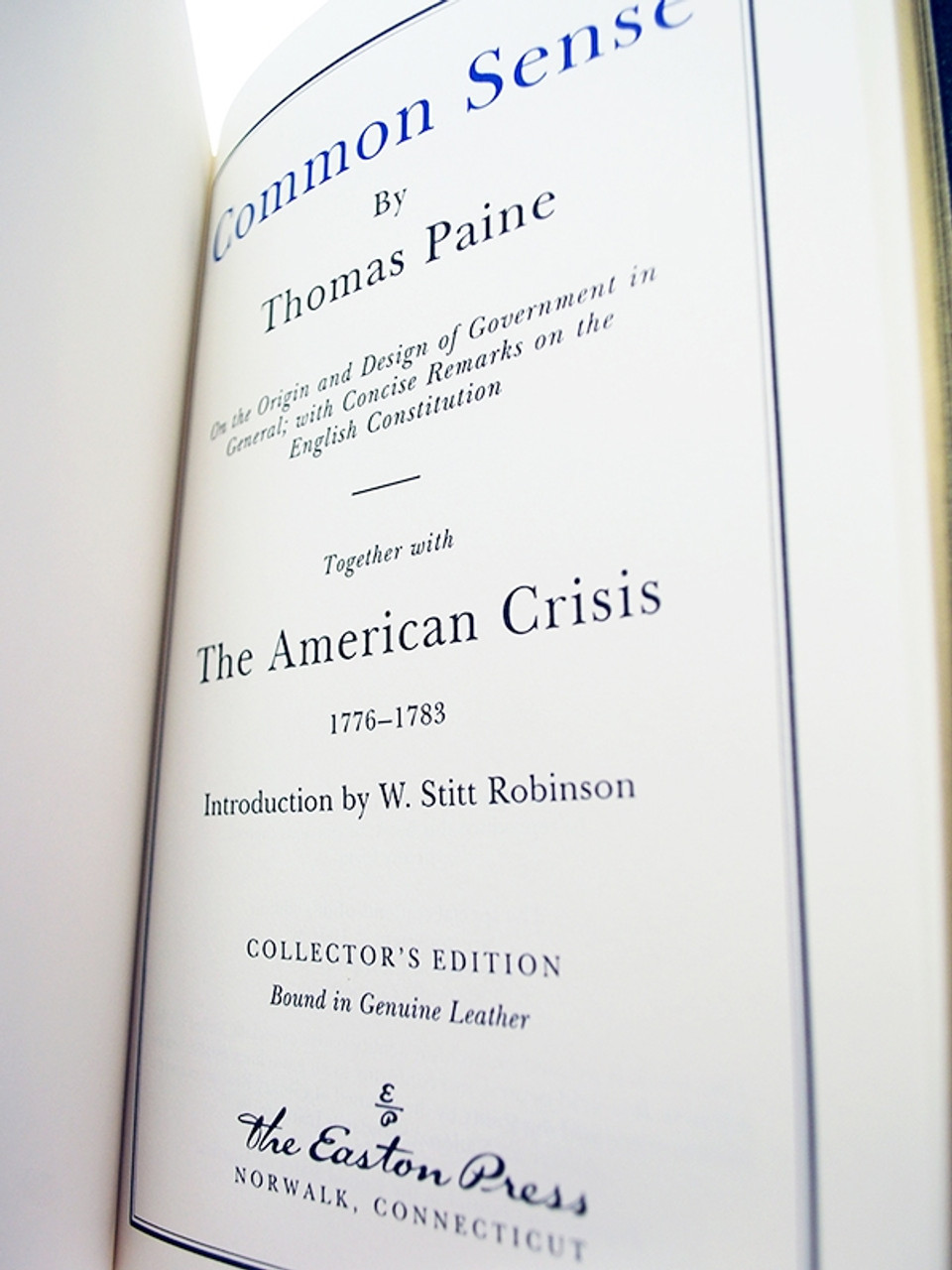 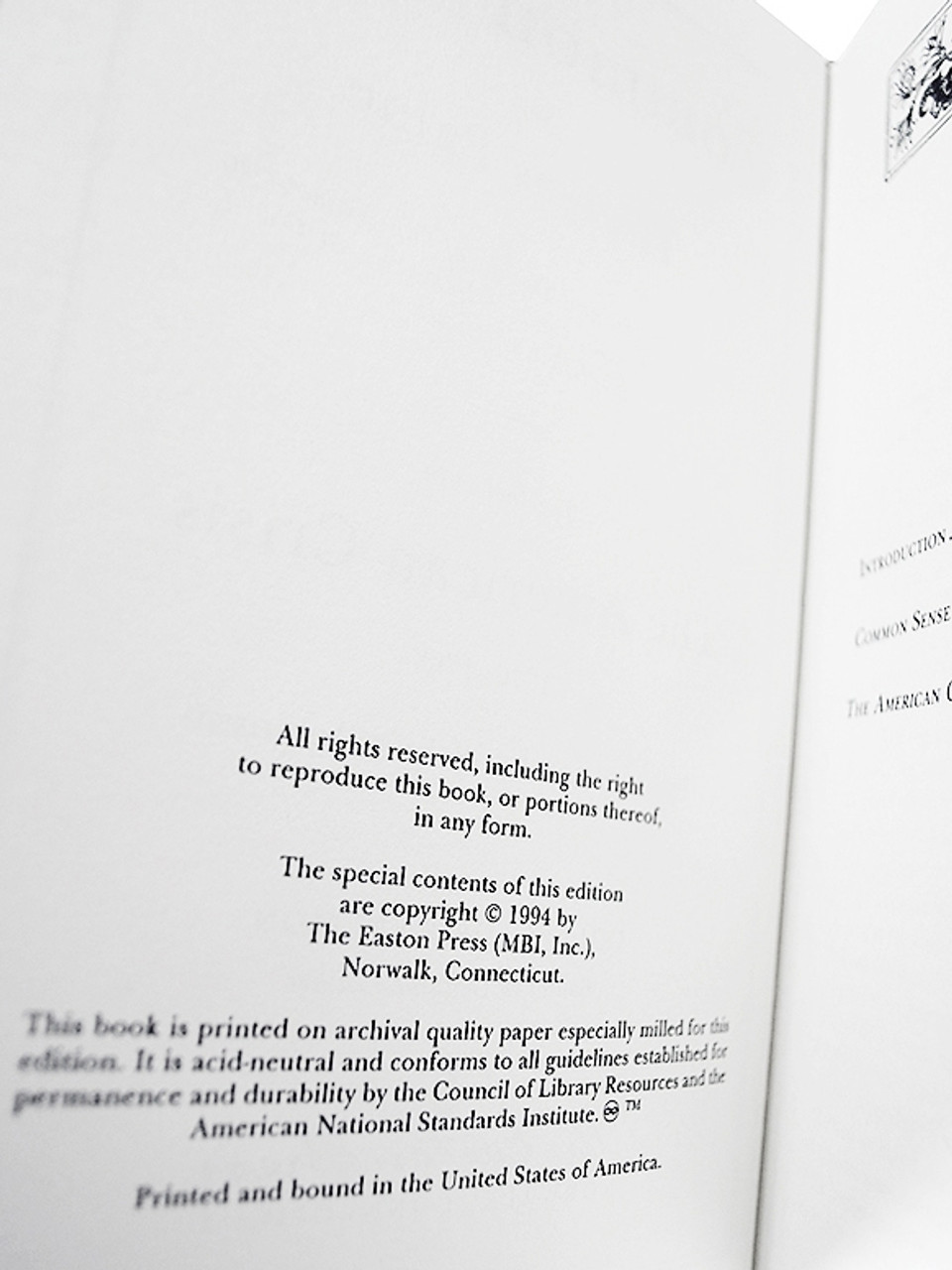 Easton Press. Treasures of the Library of Congress. "Common Sense" by Thomas Paine. On the Origin and Design of Government in general ; with Concise Remarks on the English Constitution.

Common Sense is a pamphlet written by Thomas Paine in 1775-76 that inspired people in the Thirteen Colonies to declare and fight for independence from Great Britain in the summer of 1776. The pamphlet explained the advantages of and the need for immediate independence in clear, simple language. It was published anonymously on January 10, 1776, at the beginning of the American Revolution and became an immediate sensation. It was sold and distributed widely and read aloud at taverns and meeting places.

Thomas Paine (February 9, 1737 [O.S. January 29, 1736- June 8, 1809) was an English and American political activist, philosopher, political theorist and revolutionary. As the author of the two most influential pamphlets at the start of the American Revolution, he inspired the rebels in 1776 to declare independence from Britain. His ideas reflected Enlightenment-era rhetoric of transnational human rights.He has been called "a corsetmaker by trade, a journalist by profession, and a propagandist by inclination