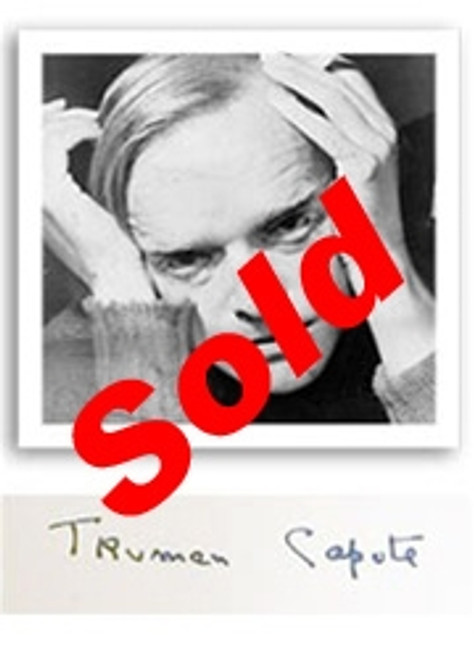 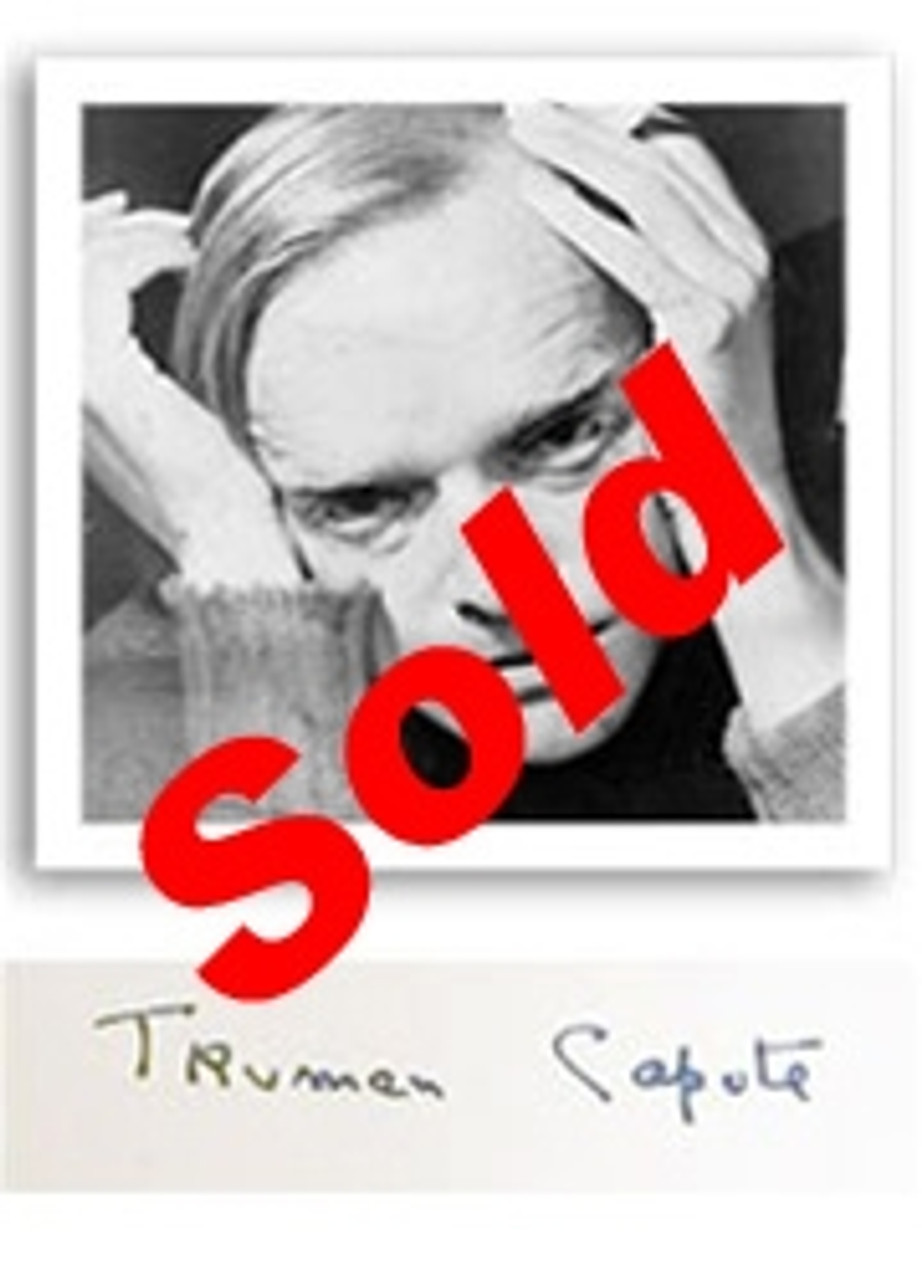 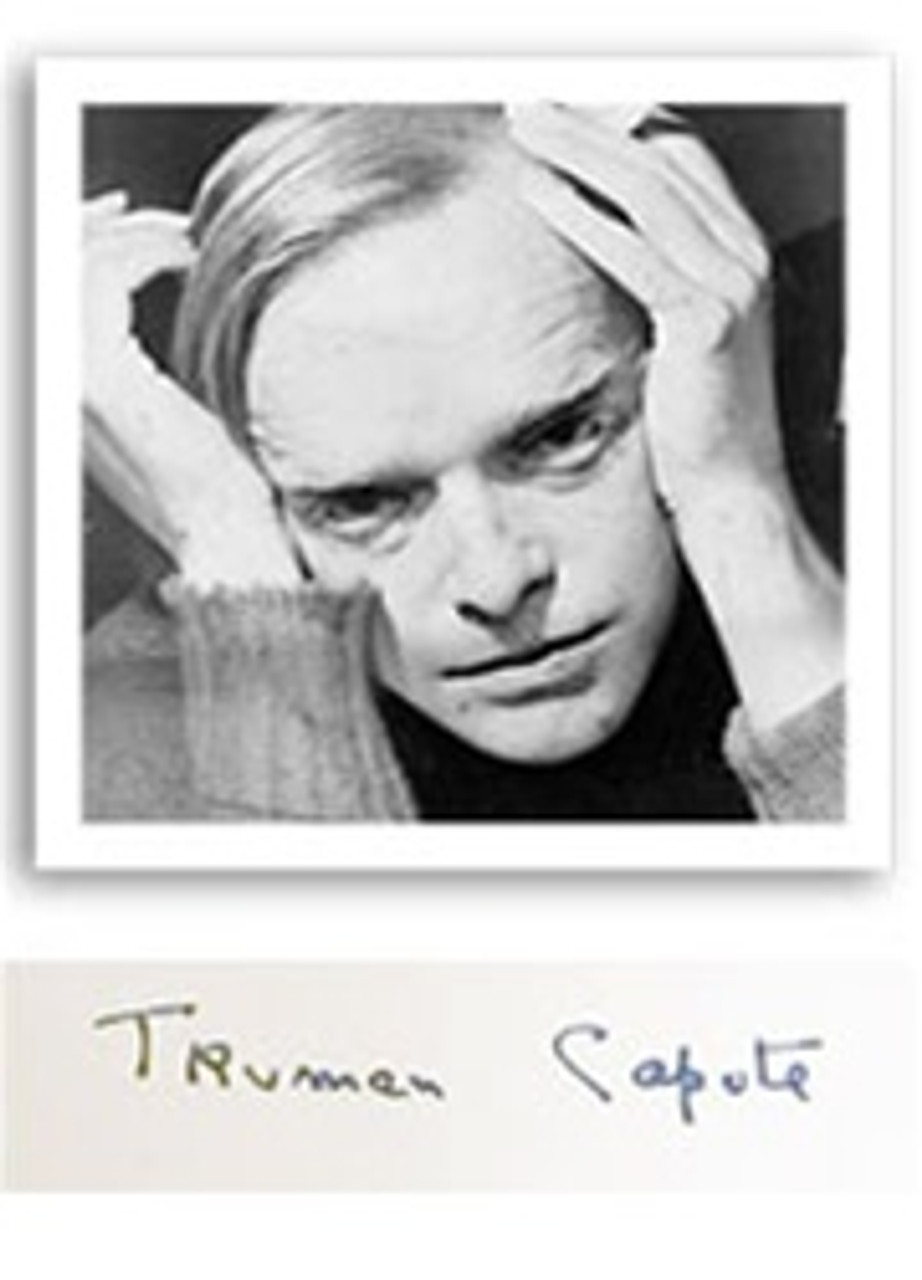 "THE HERALD OF A NEW GENRE"

Very rare at only 500 signed and numbered copies, this being Number 486.

Personally hand signed by the author Truman Capote on a special dedication page.

In Cold Blood is a 1965 book by American author Truman Capote.

The book details the 1959 slaying of Herbert Clutter, a wealthy farmer from Holcomb, Kansas; his wife, and two children. When Capote learned of the quadruple murder before the killers were captured, he decided to travel to Kansas and write about the crime. Bringing his childhood friend and fellow author Harper Lee along, together they interviewed local residents and investigators assigned to the case and took thousands of pages of notes. The killers, Richard "Dick" Hickock and Perry Smith, were arrested not long after the murders, and Capote ultimately spent six years working on the book. It is considered the originator of the non-fiction novel and the forerunner of the New Journalism movement.

The story weaves a complicated psychological story of two parolees who together commit a mass murder, an act they were not capable of individually. Capote's book also details the lives of the victims and the effect the crime had on where they lived. A large part of the story involves the dynamic psychological relationship of the two felons that culminated in this senseless crime. In Cold Blood is often regarded as a pioneering work of true crime.

Truman Capote (30 September 1924, New Orleans, Louisiana � 25 August 1984, Los Angeles, California) was an American writer whose short stories, novels, plays, and non-fiction are recognized literary classics, including the novella Breakfast at Tiffany'sIn Cold Blood (1965), which he labeled a "non-fiction novel". At least 20 films and television dramas have been produced from Capote novels, stories and screenplays. (1958) and

Fine/Fine. The binding is uniform and tight.  Pages crisp and clean, with no markings, writings, or stampings. No attached bookplates or signs of any removed. No ripped or creased pages. A well-cared for book, protected from any potential damage. Spine lettering clear and unfaded. Free of tobacco odors and stains. An exceptional original hardcover book.

Book Photos (All photos of the actual book)

"An incomparable stylist and entertainer...clean and cool...[with a] superb, near-perfect pitch with dialogue." --The New York Times Book Review"Everything is displayed in this book: insights and...

"An incomparable stylist and entertainer...clean and cool...[with a] superb, near-perfect pitch with dialogue." --The New York Times Book Review"Everything is displayed in this book: insights and...