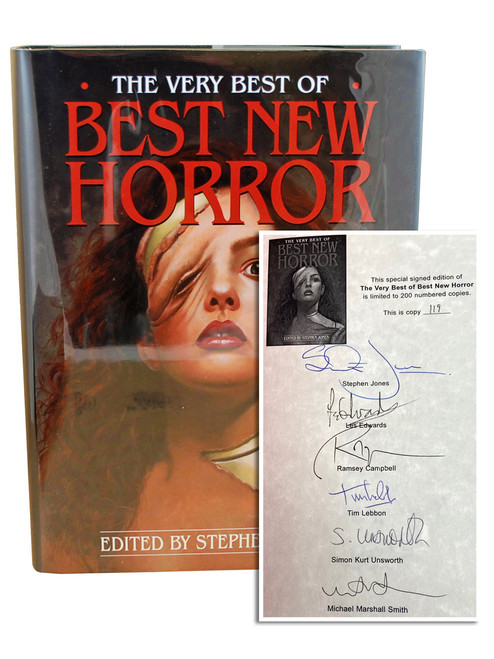 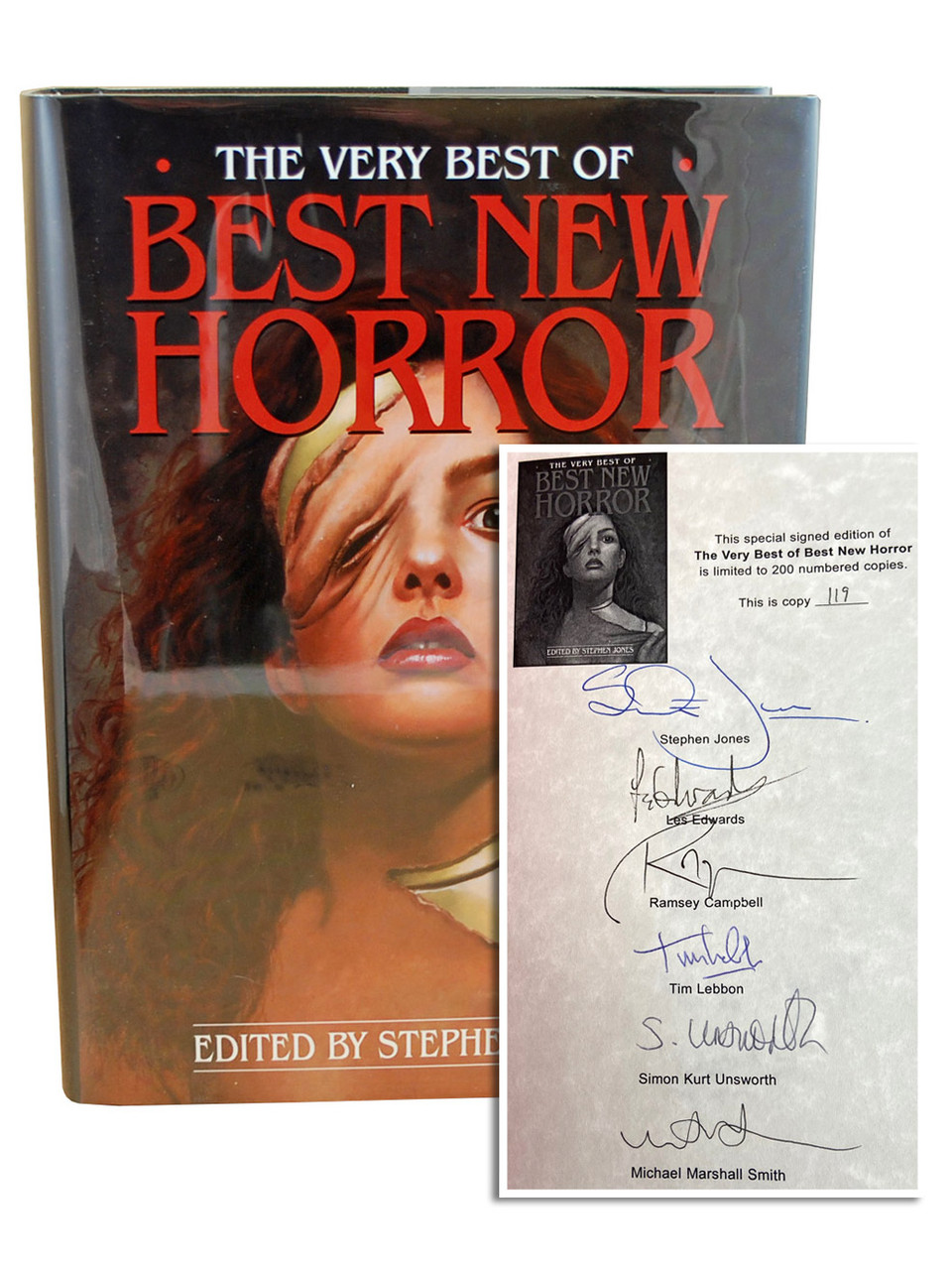 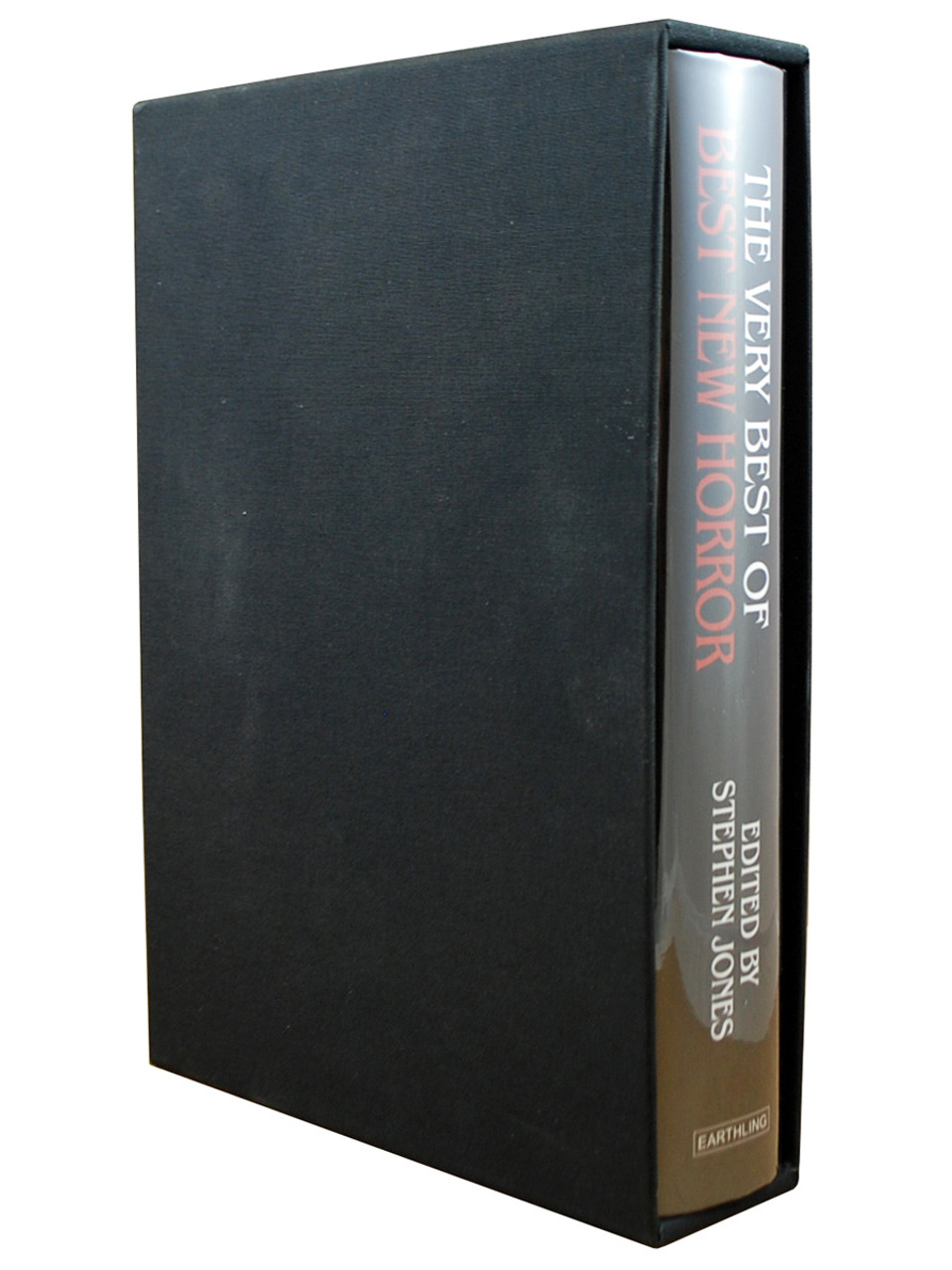 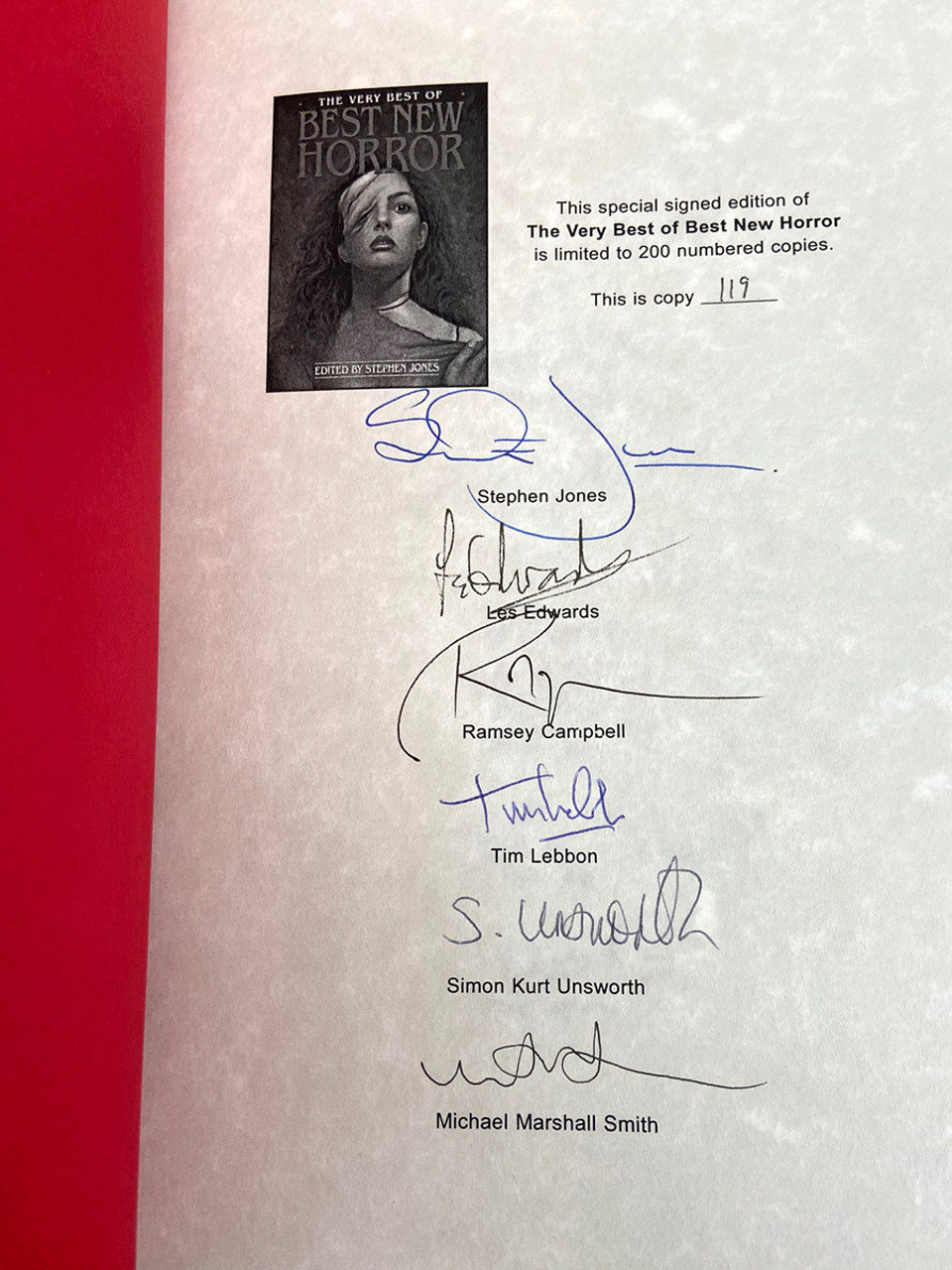 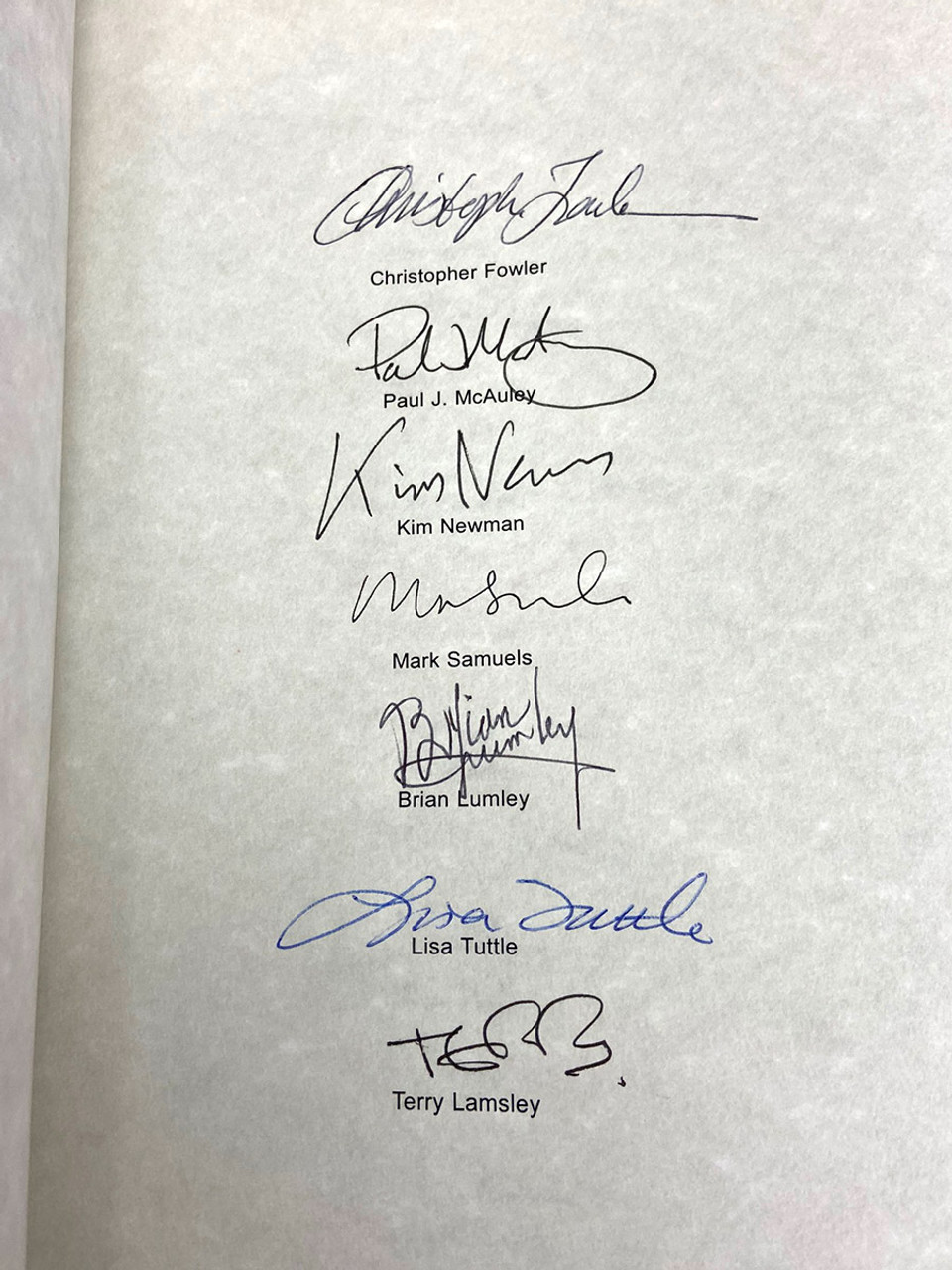 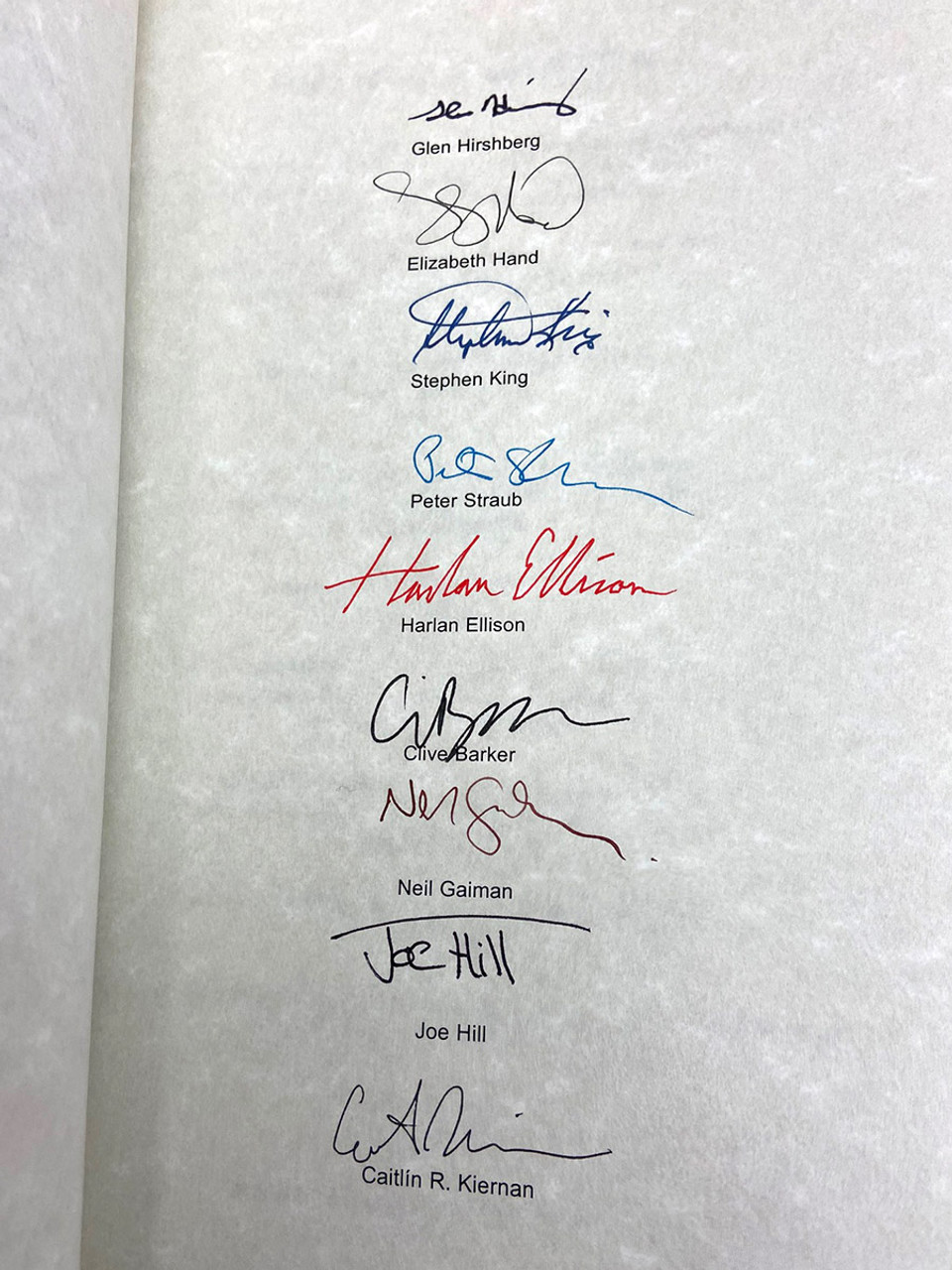 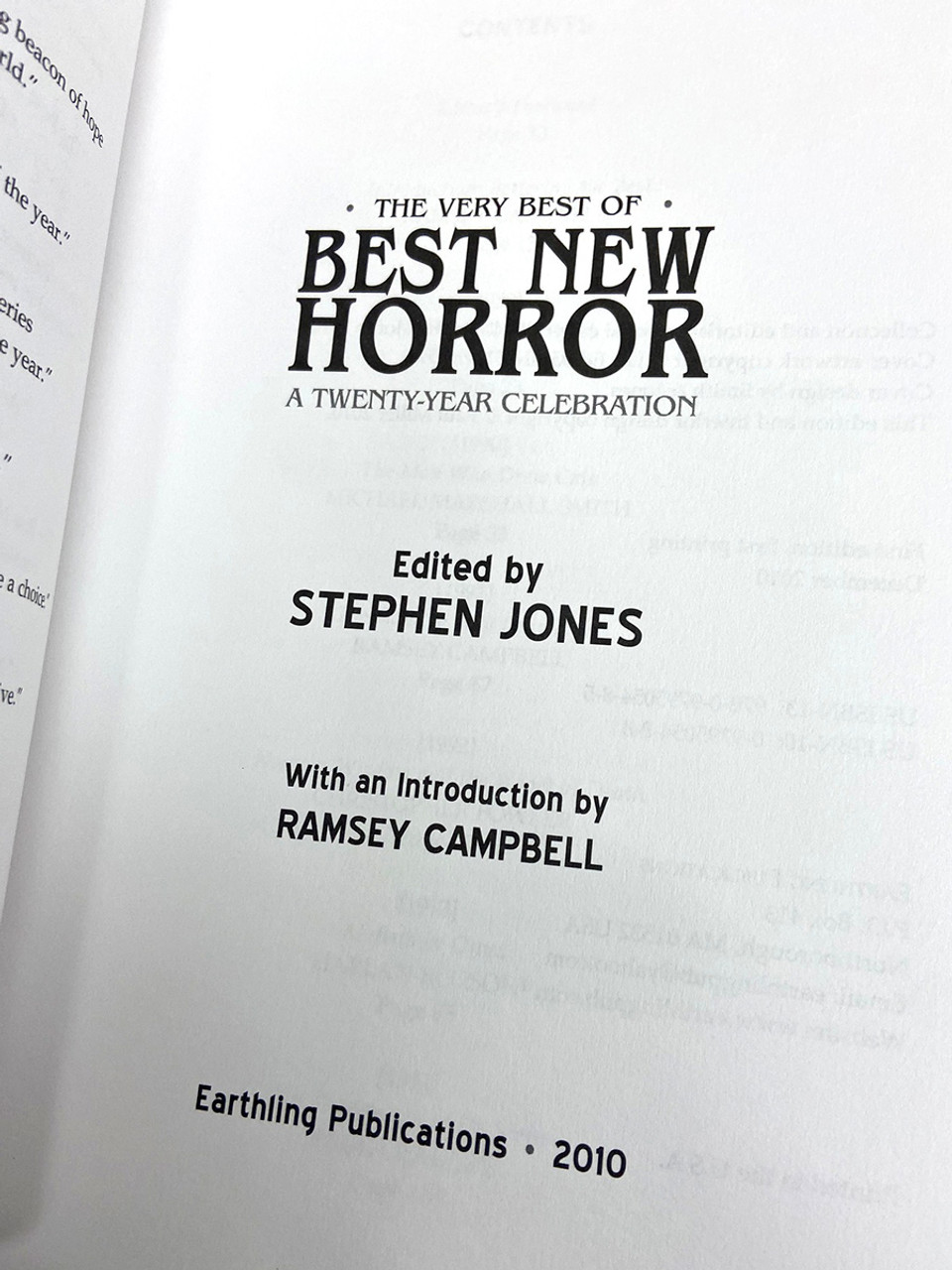 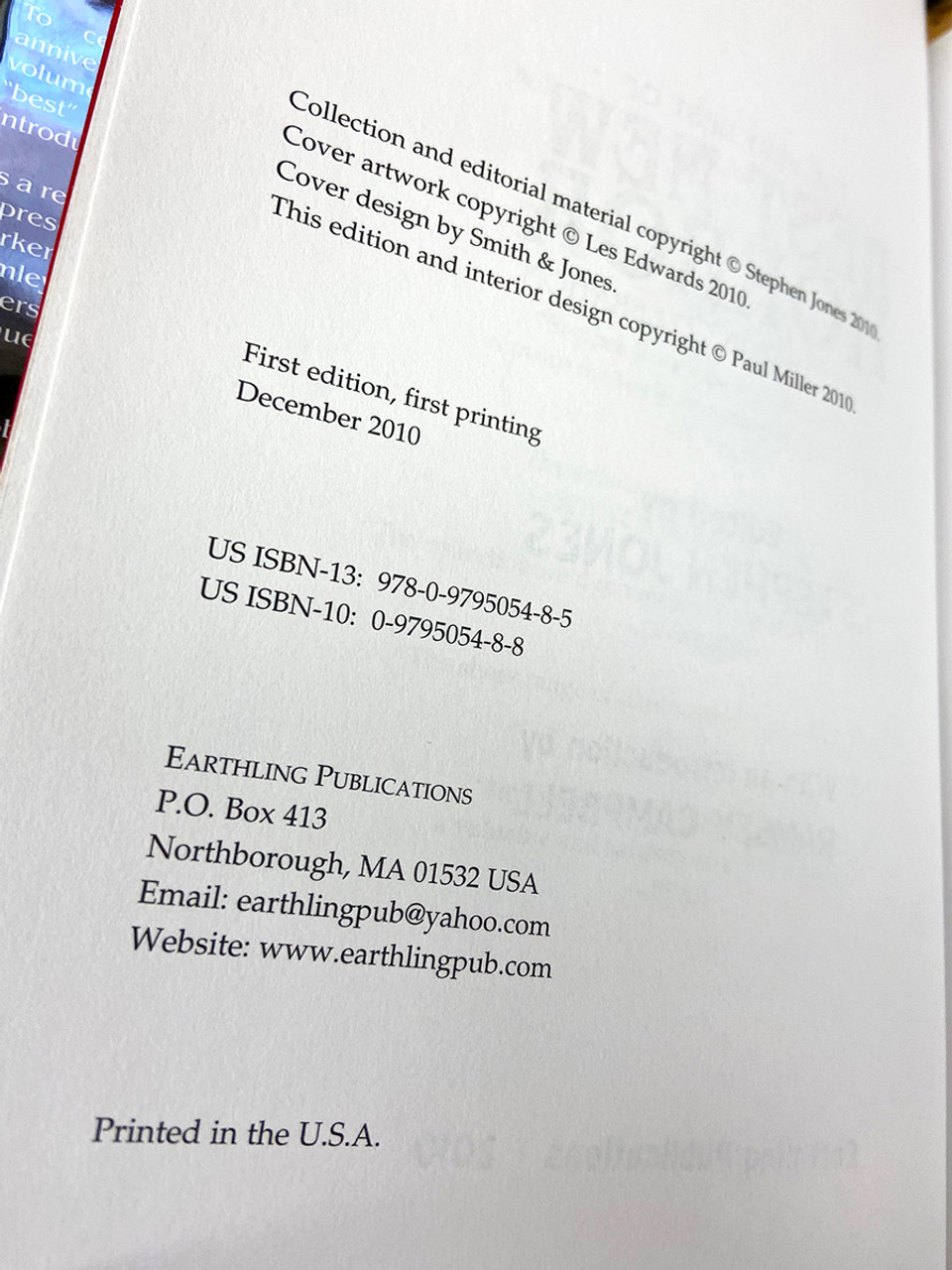 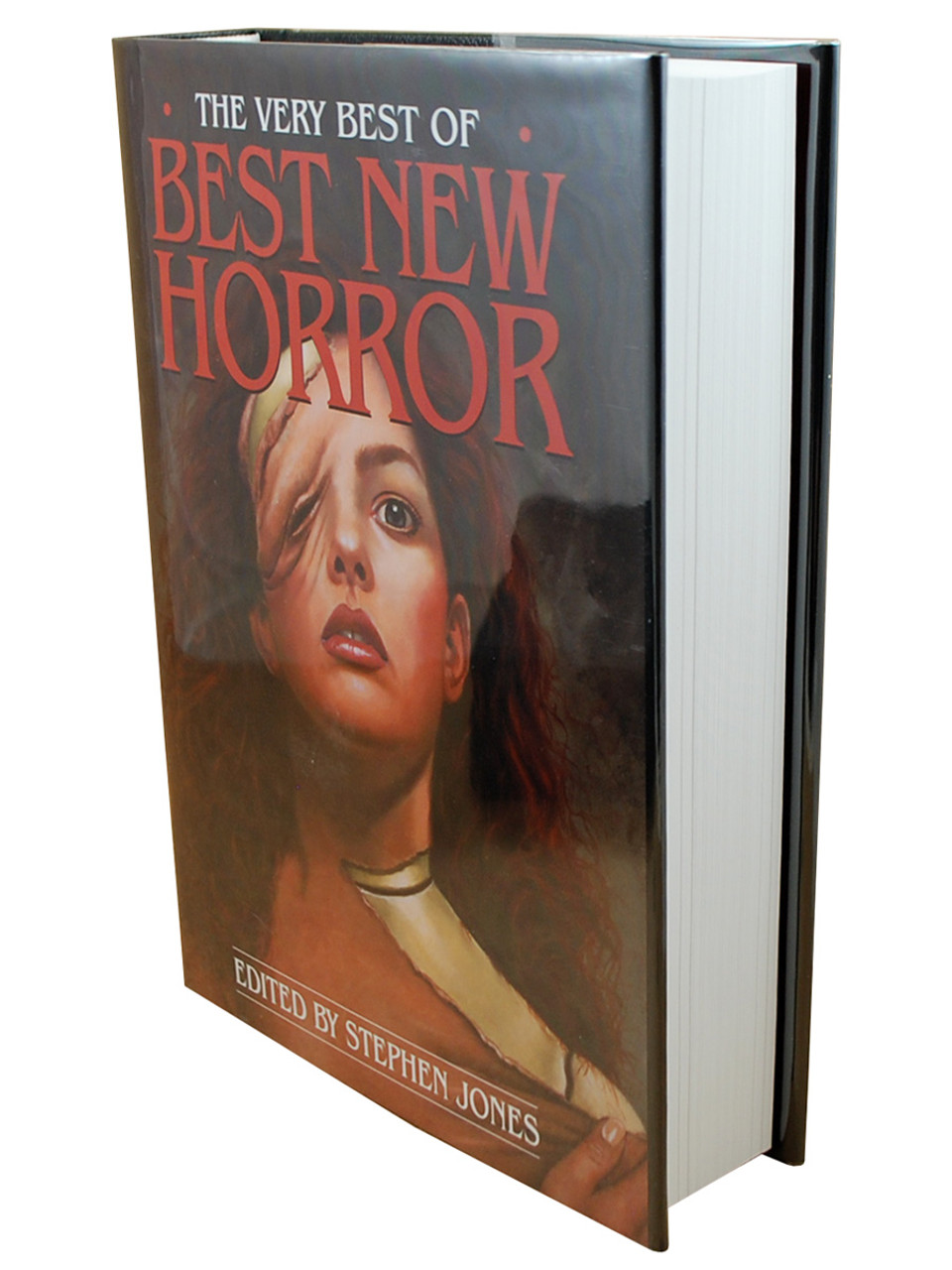 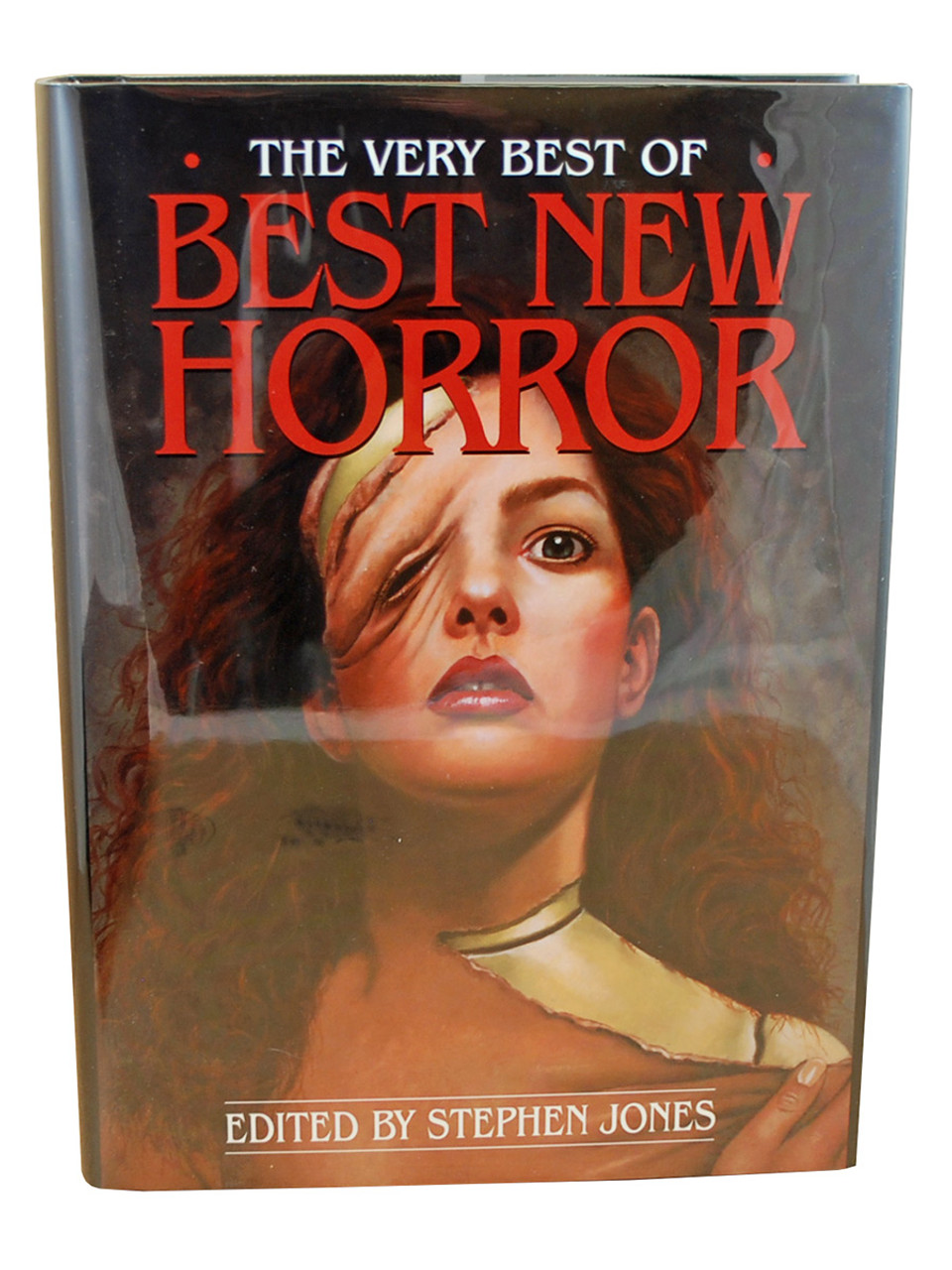 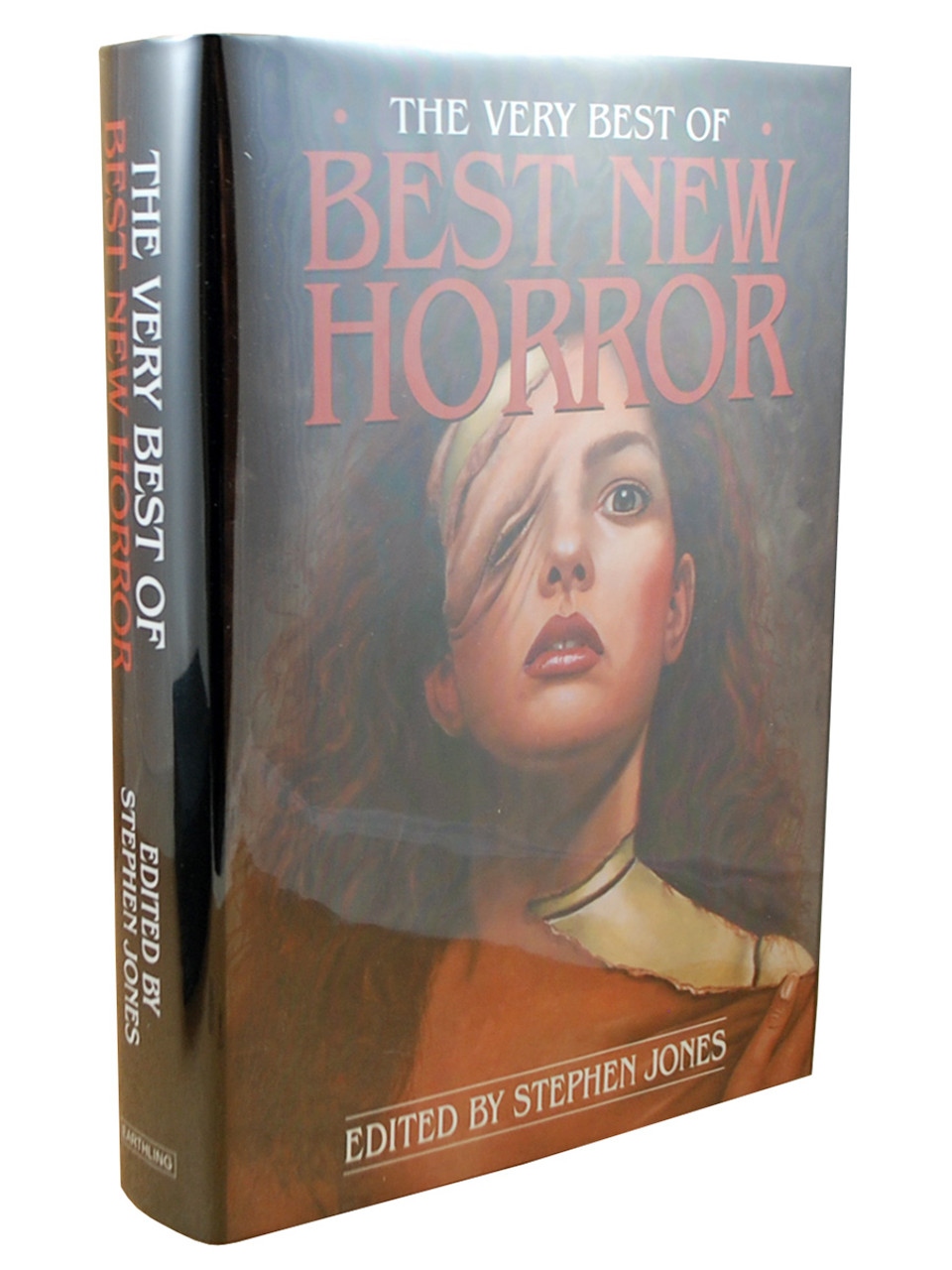 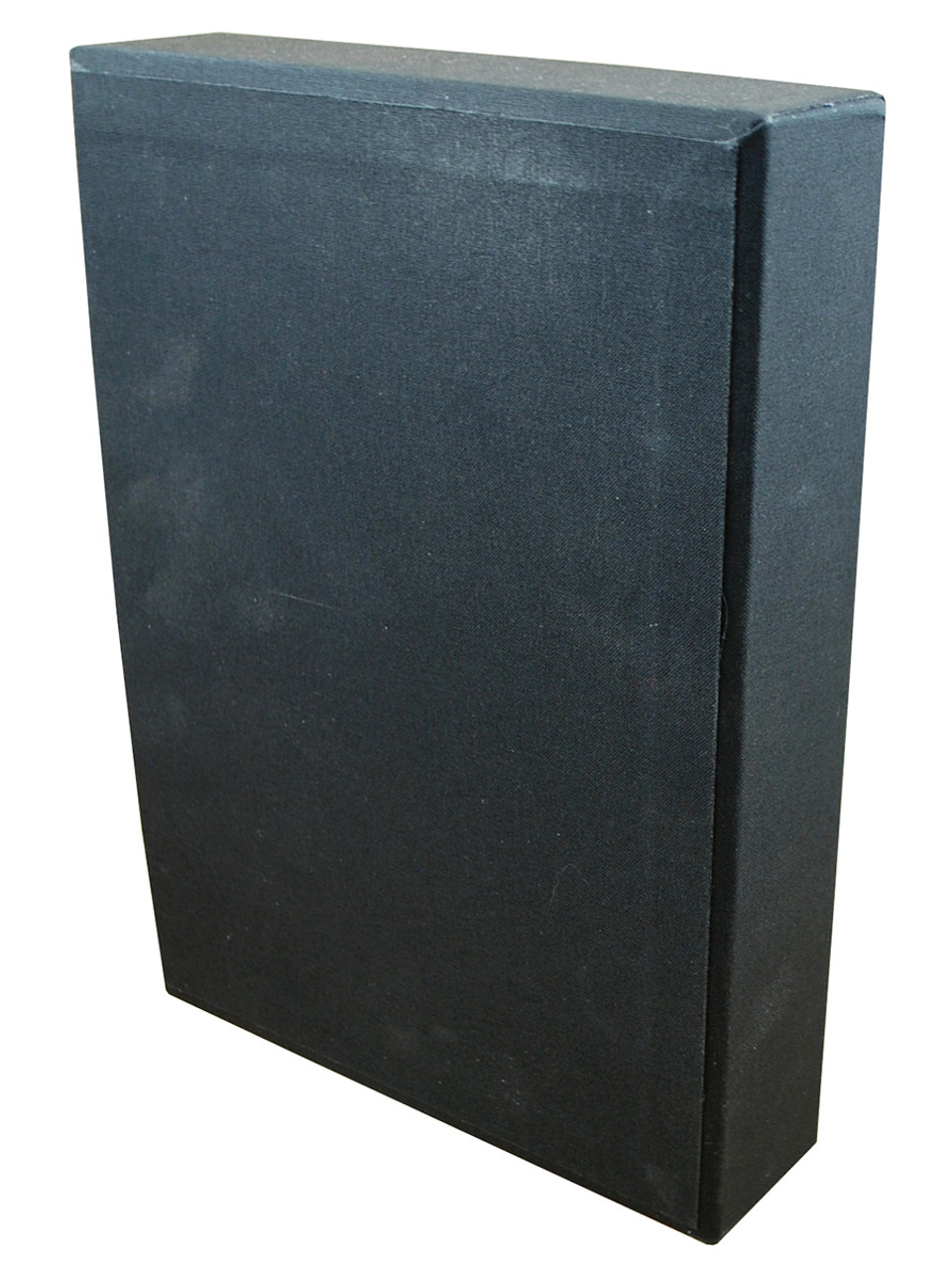 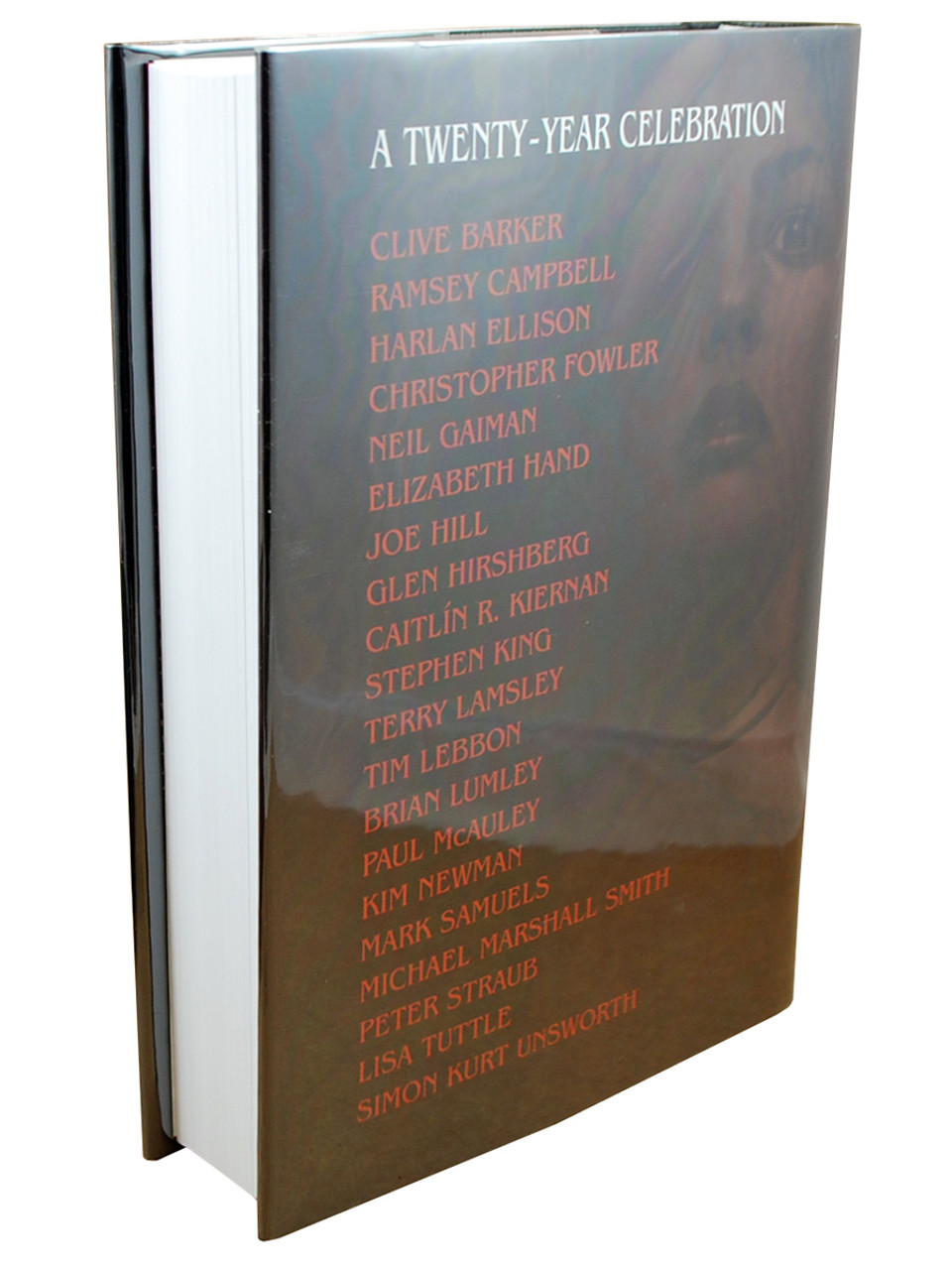 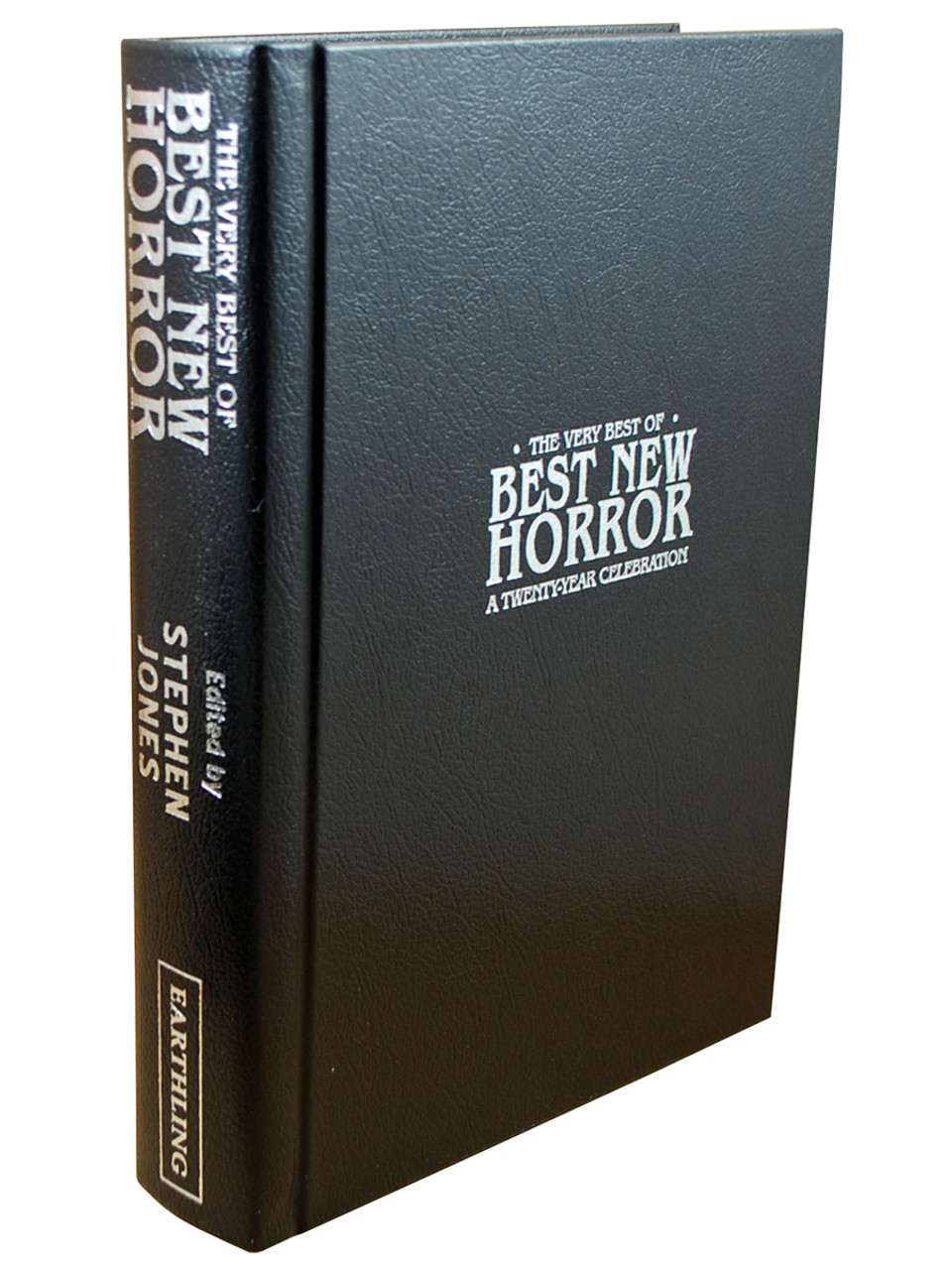 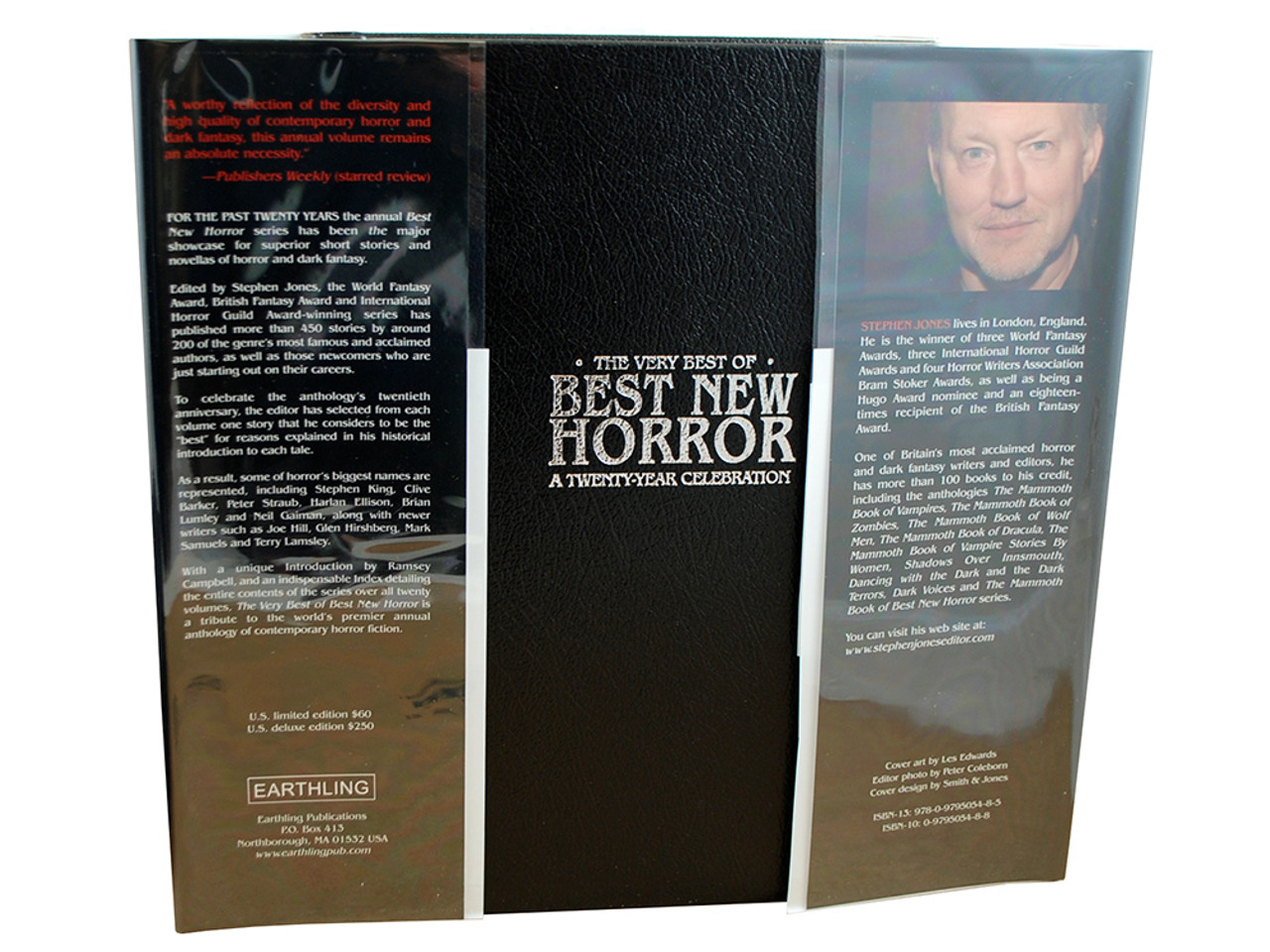 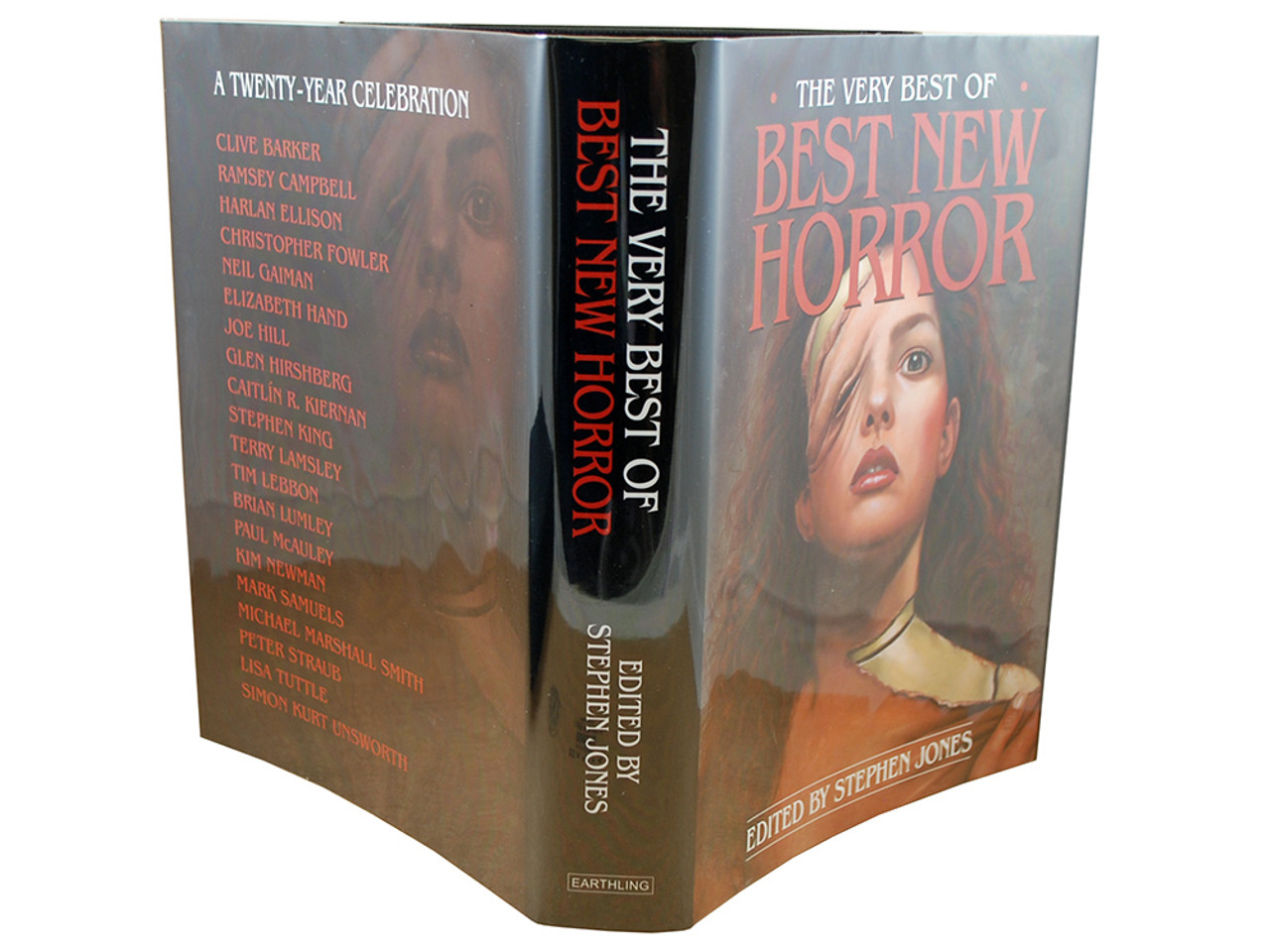 SIGNED BY SOME OF THE BIGGEST NAMES IN LITERATURE, INCLUDING STEPHEN KING, JOE HILL, PETER STRAUB, NEIL GAIMAN, CLIVE BARKER, AND HARLAN ELLISON.

For the past twenty years, the annual Best New Horror series has been the major showcase for superior short stories and novellas of horror and dark fantasy. Edited by Stephen Jones, the World Fantasy Award, British Fantasy Award and International Horror Guild Award-winning series has published more than 450 stories by around 200 of the genre's most famous and acclaimed authors, as well as those newcomers who are just starting out on their careers.

To celebrate the anthology's twentieth anniversary, the editor has selected from each volume one story that he considers to be the "best" for reasons explained in his historical introduction to each tale. As a result, some of horror's biggest names are represented, including Stephen King, Clive Barker, Peter Straub, Harlan Ellison, Brian Lumley and Neil Gaiman, along with newer writers such as Joe Hill, Glen Hirshberg, Mark Samuels and Terry Lamsley. With a unique Introduction by Ramsey Campbell, and an indispensable Index detailing the entire contents of the series over all twenty volumes, The Very Best of Best New Horror is a tribute to the world's premier annual anthology of contemporary horror fiction.

What are limited edition books, and numbered and lettered editions?

Limited edition books have a specific, stated print run - a print run much smaller than industry standards (almost always no higher than 1000 copies). They often have a limitation page, or tip sheet, signed by the author and/or contributors and bearing a statement of limitation. Numbered and lettered editions are types of limited editions. A numbered edition means that each book will be individually numbered from 1 to the maximum number; for example, books from a numbered edition of 500 copies will be numbered 1, 2, 3... 499, 500. Likewise, books from a lettered edition are each assigned a unique letter; some publishers go beyond 26 copies to 52 lettered copies, so books are lettered A through ZZ. Earthling will most likely never go beyond 26 copies, as lettered editions are supposed to be the smallest, most collectible state of a book, and we believe going beyond 26 copies somewhat defeats the purpose of making a book collectible. All Earthling books are hand numbered or lettered.

What are slipcases and traycases?

Both are specialized boxes to house books. Slipcases contain a book on all sides except for the book spine, while traycases completely enclose the book.

VERY FINE GUARANTEED - Very Fine book with a Very Fine dust-jacket. The condition is of the highest quality without any discernible flaws. Sharp corners all around and a square spine. Unread book without any marks, writing, or stamps. The dust-jacket is protected in a brand new archival Brodart sleeve. Just about Fine slipcase with sharp corners.