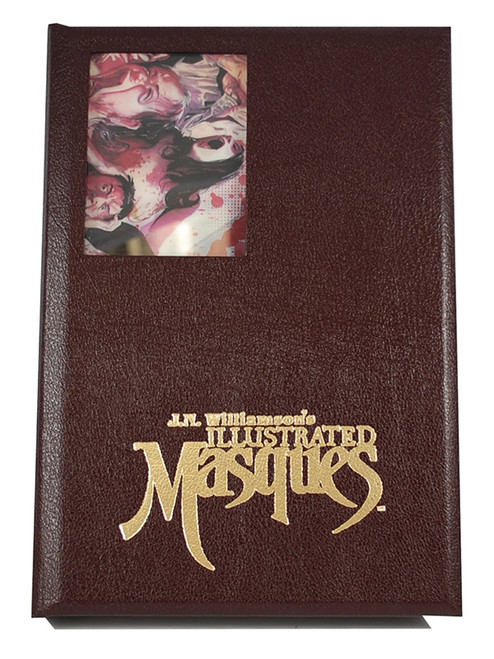 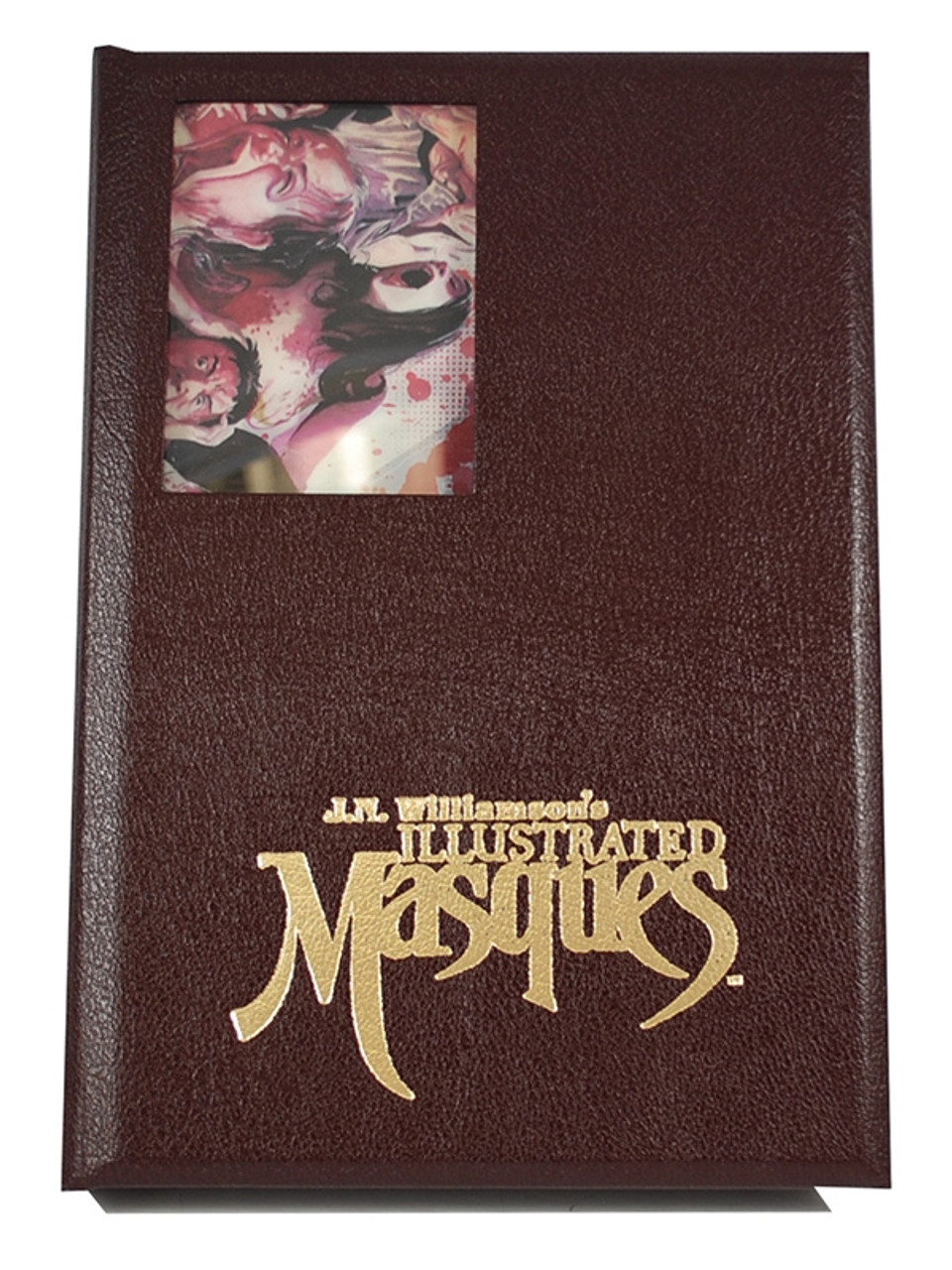 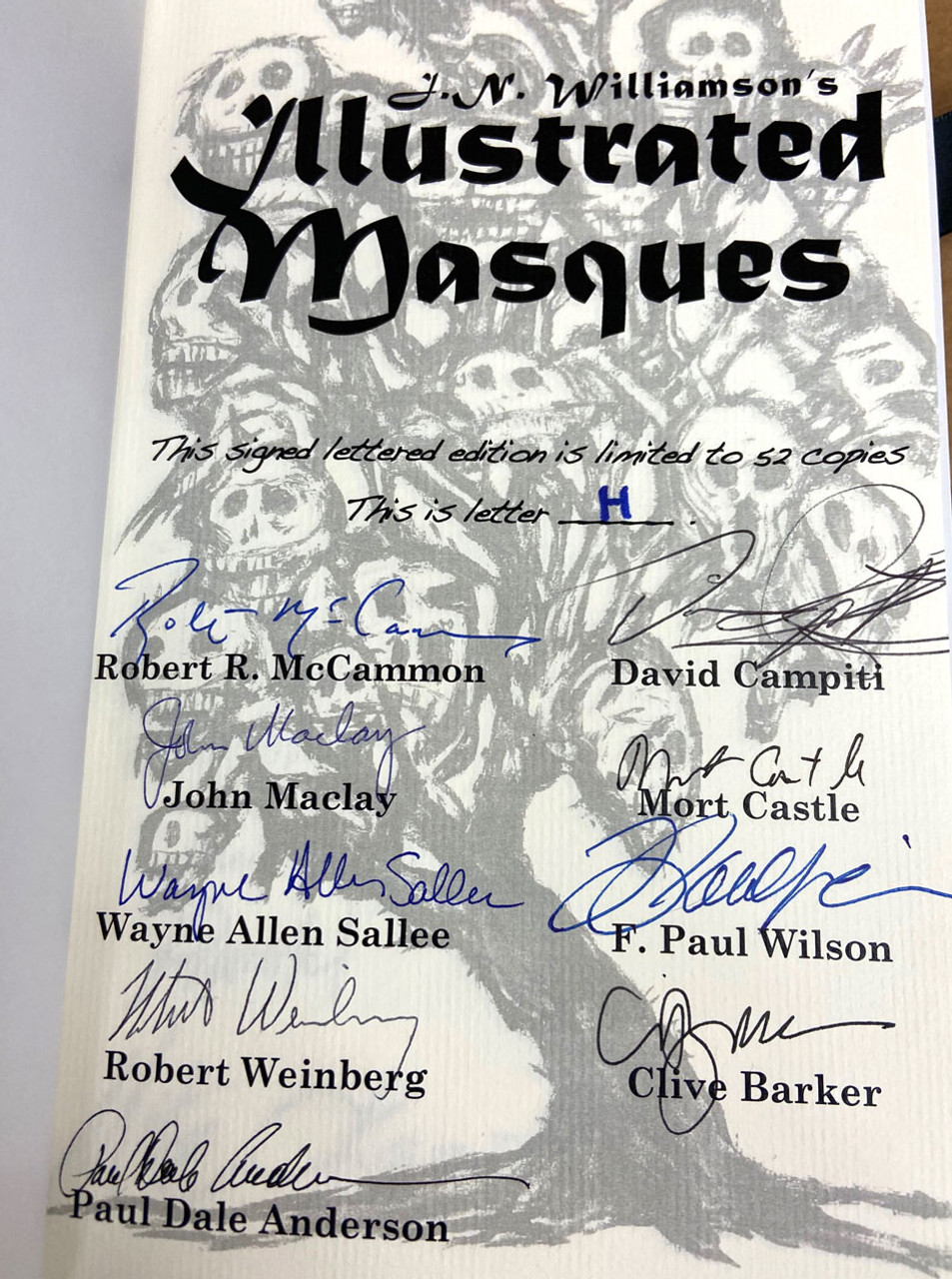 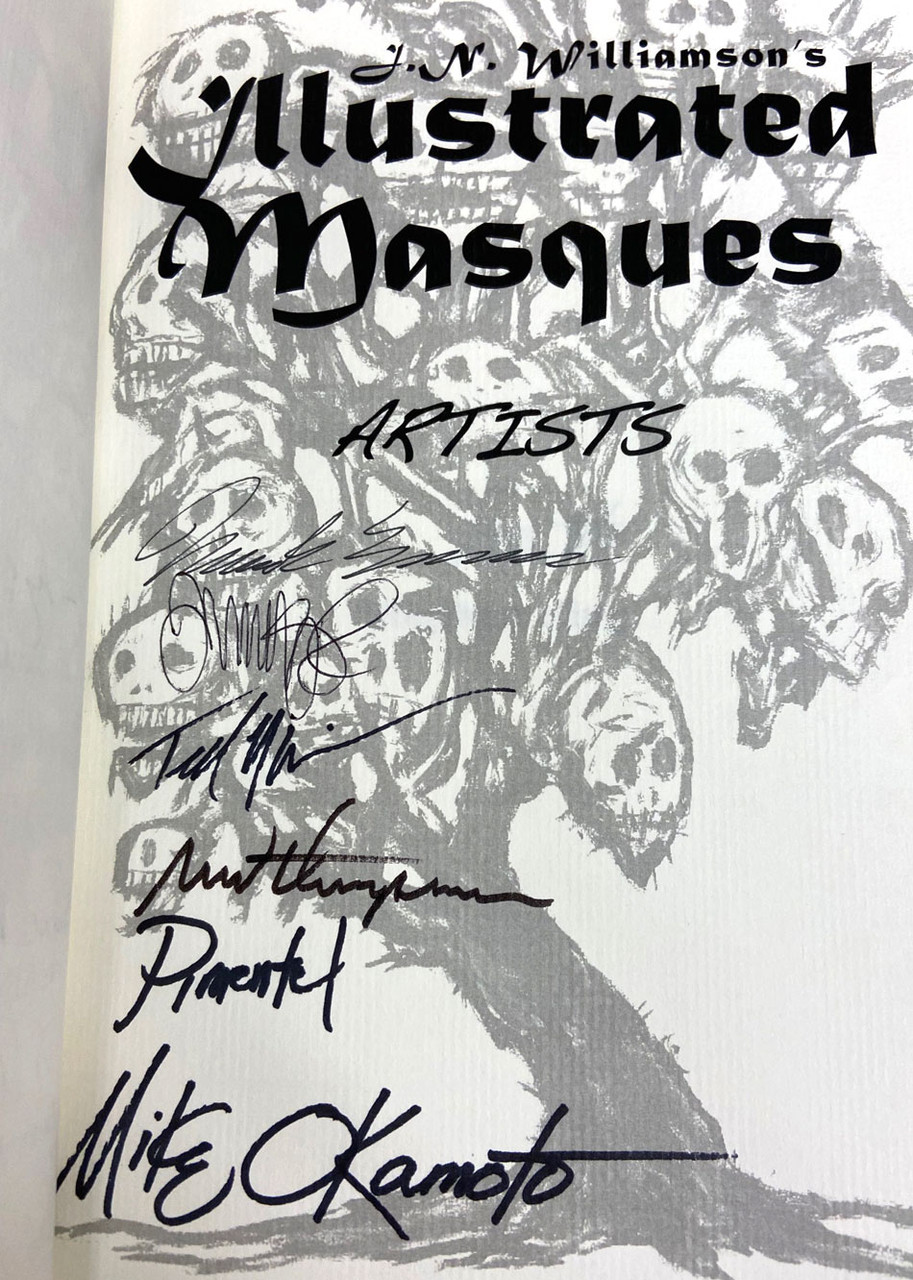 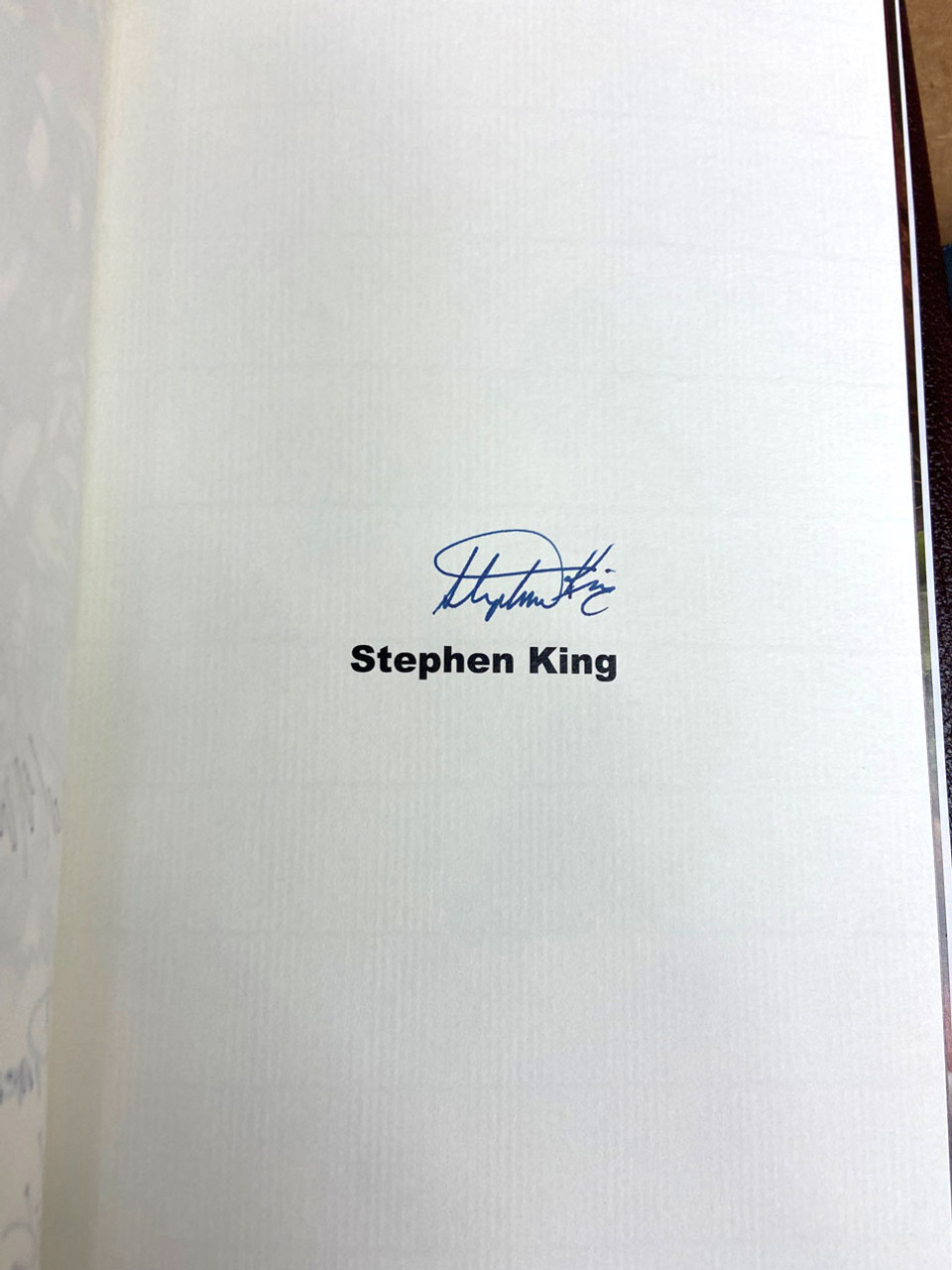 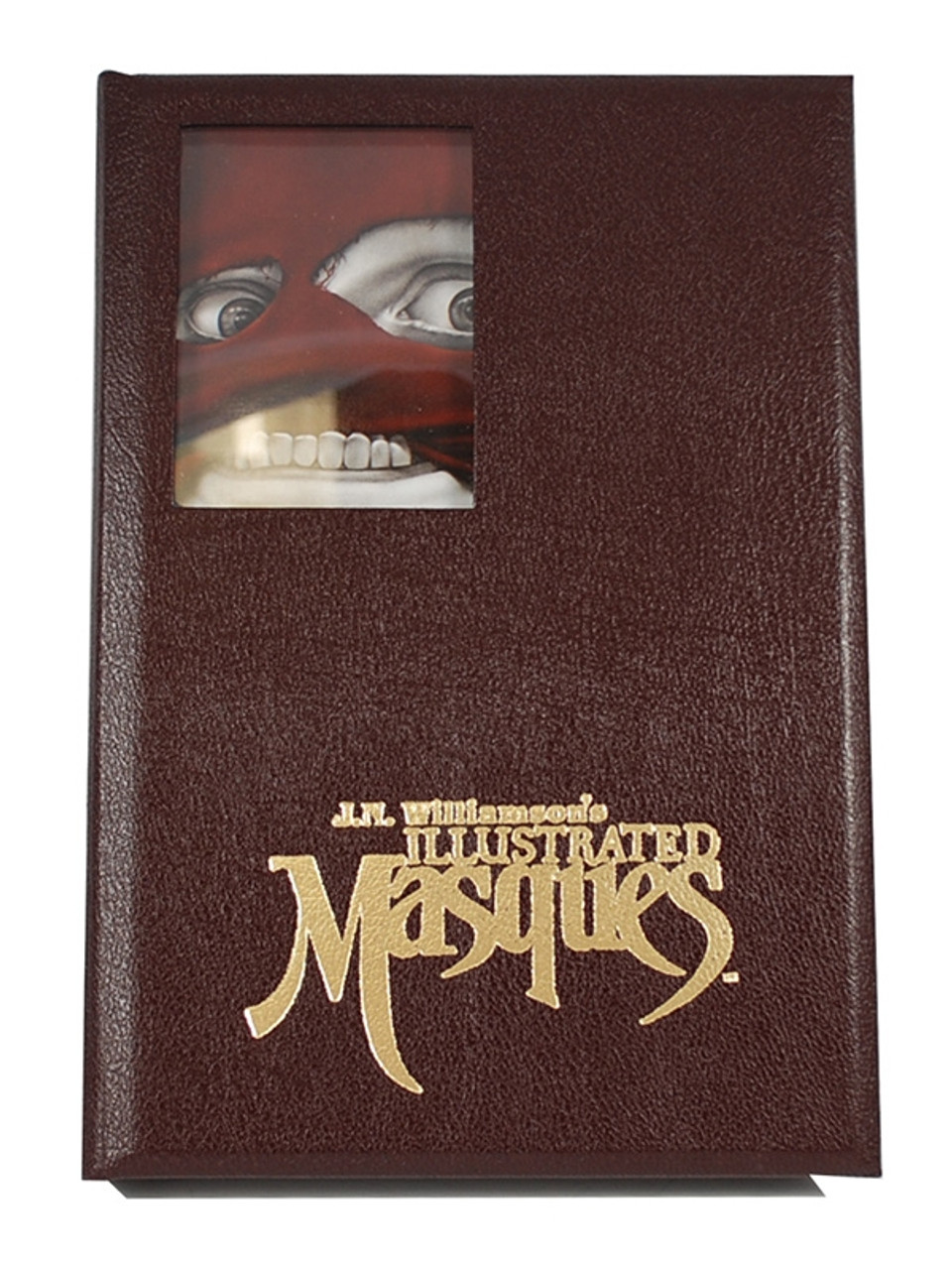 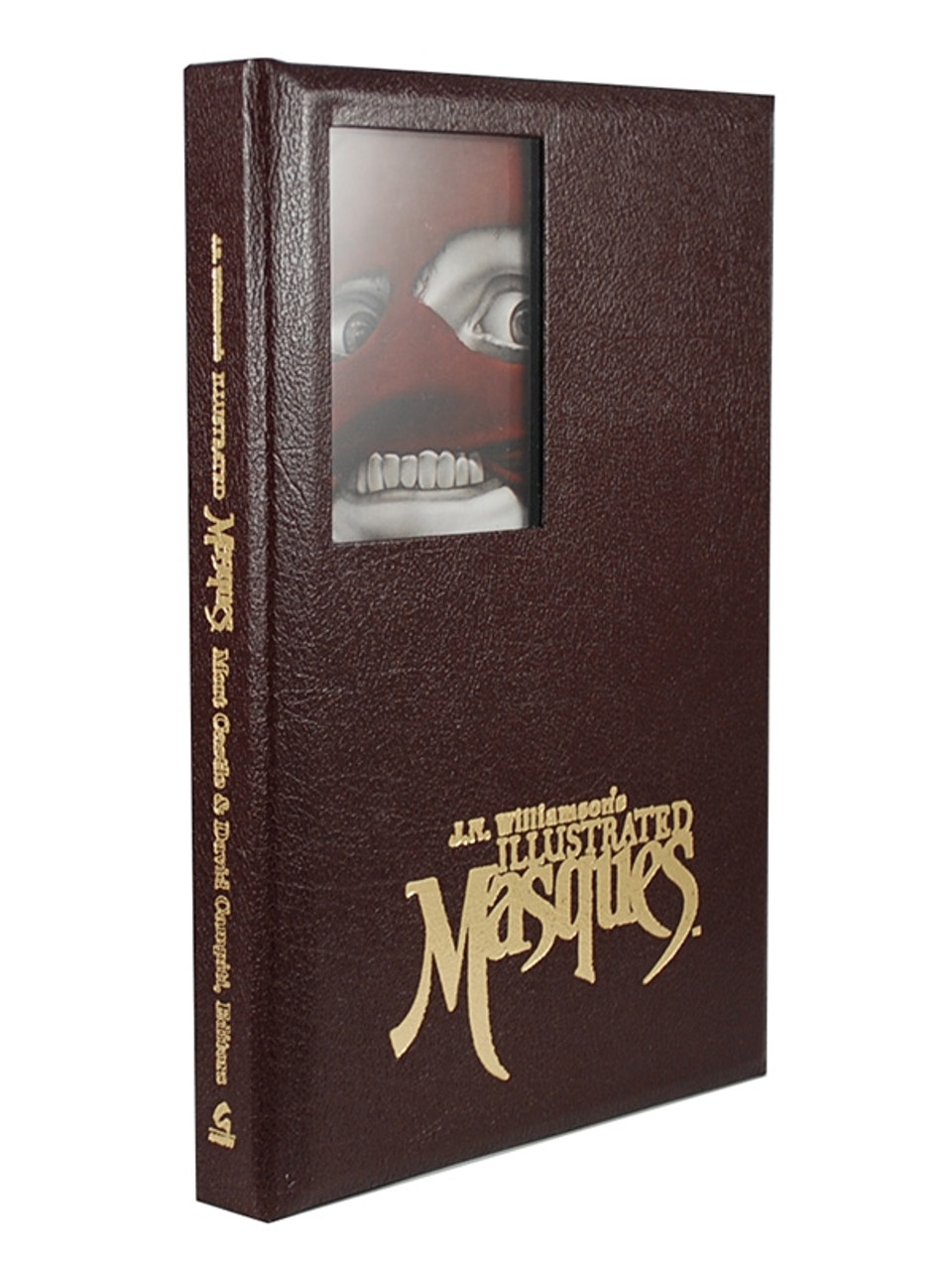 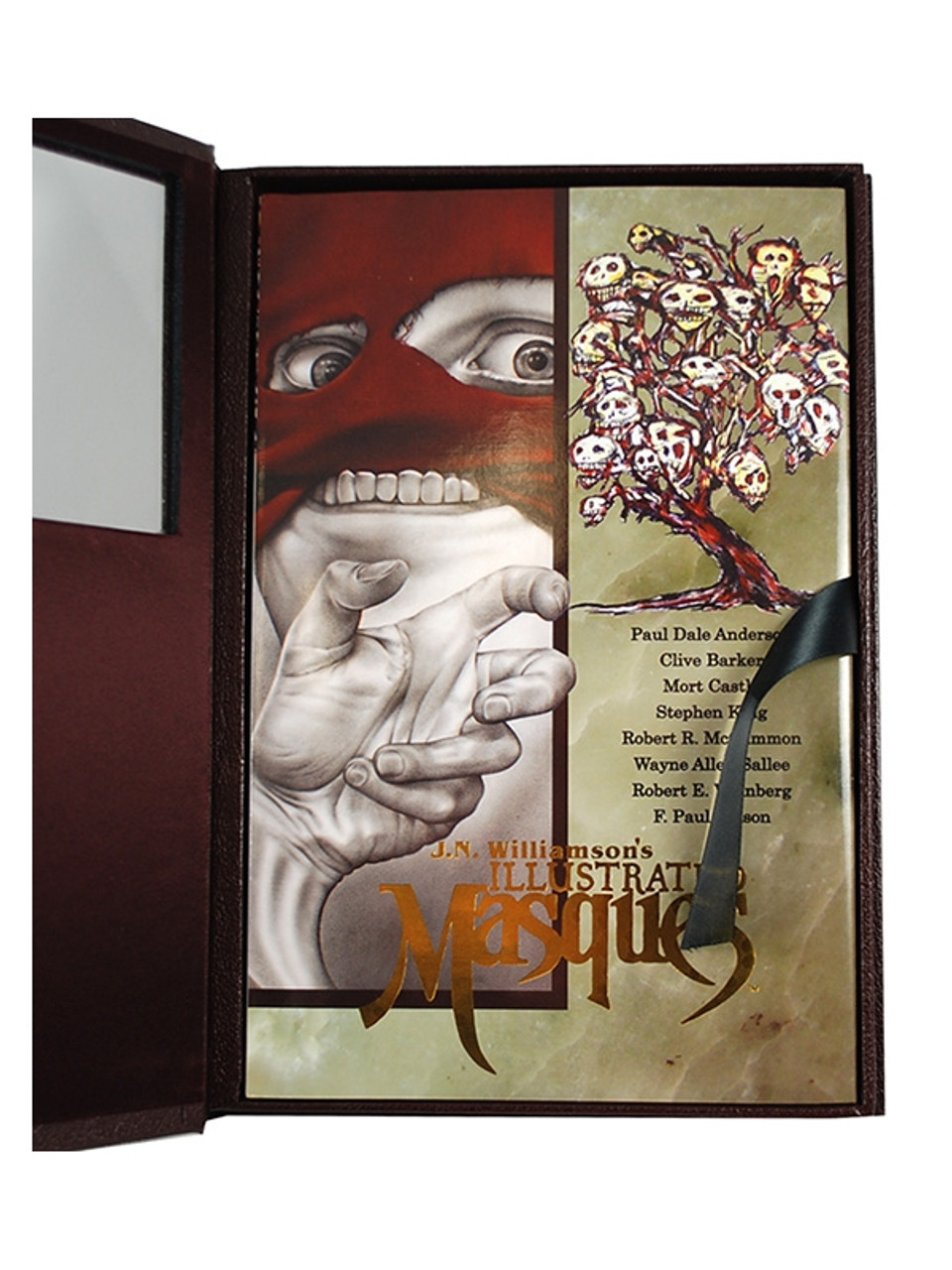 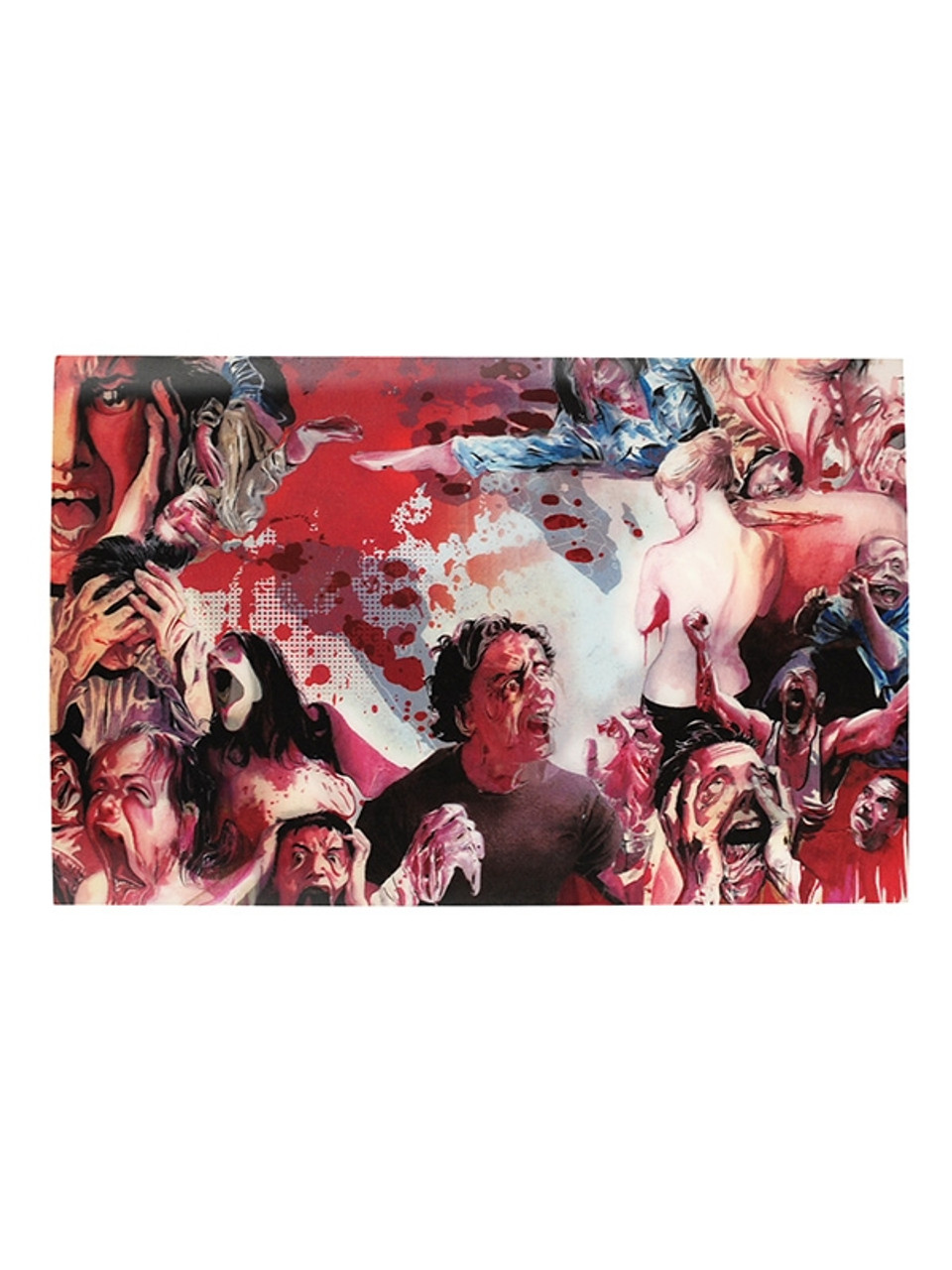 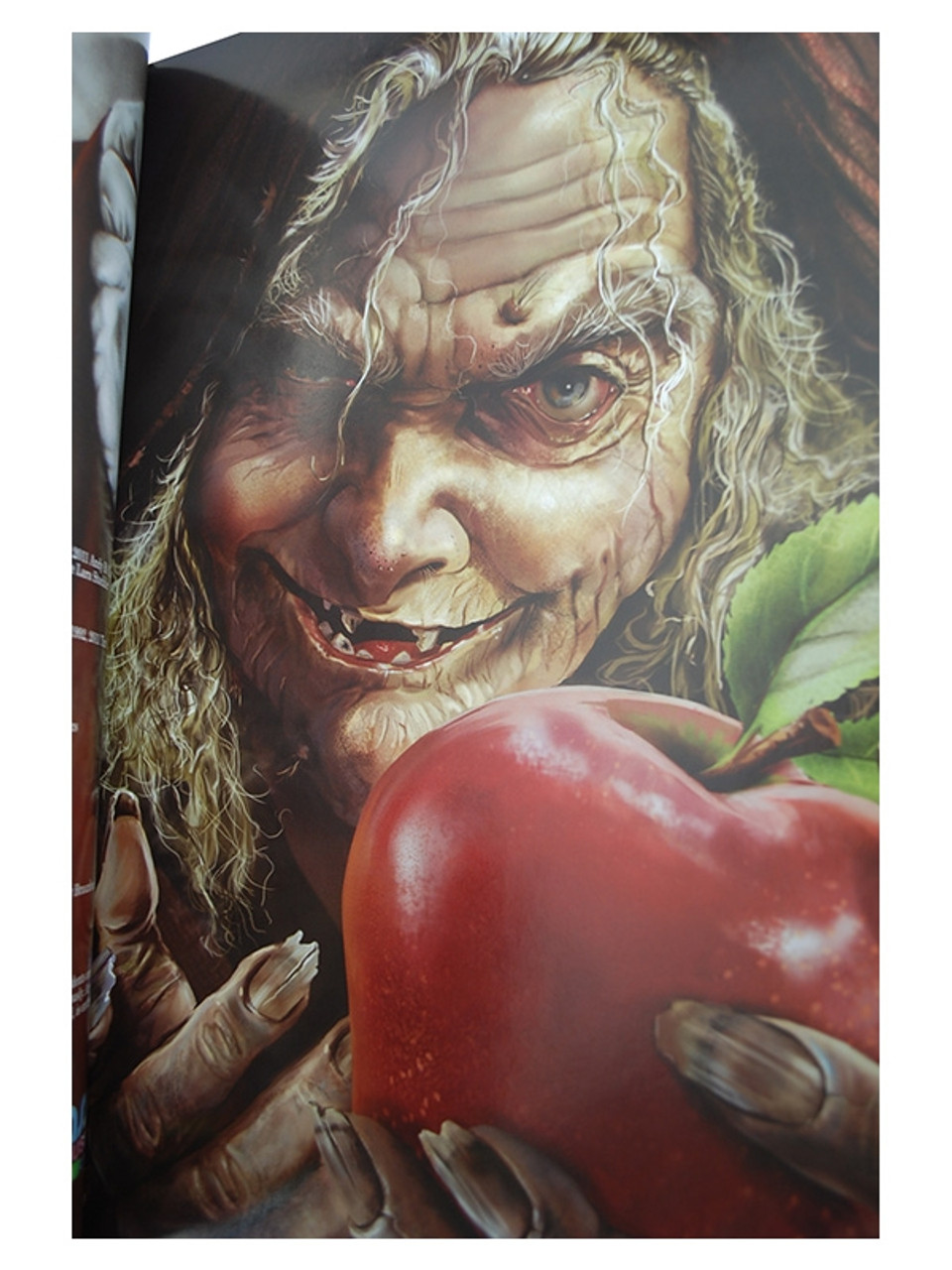 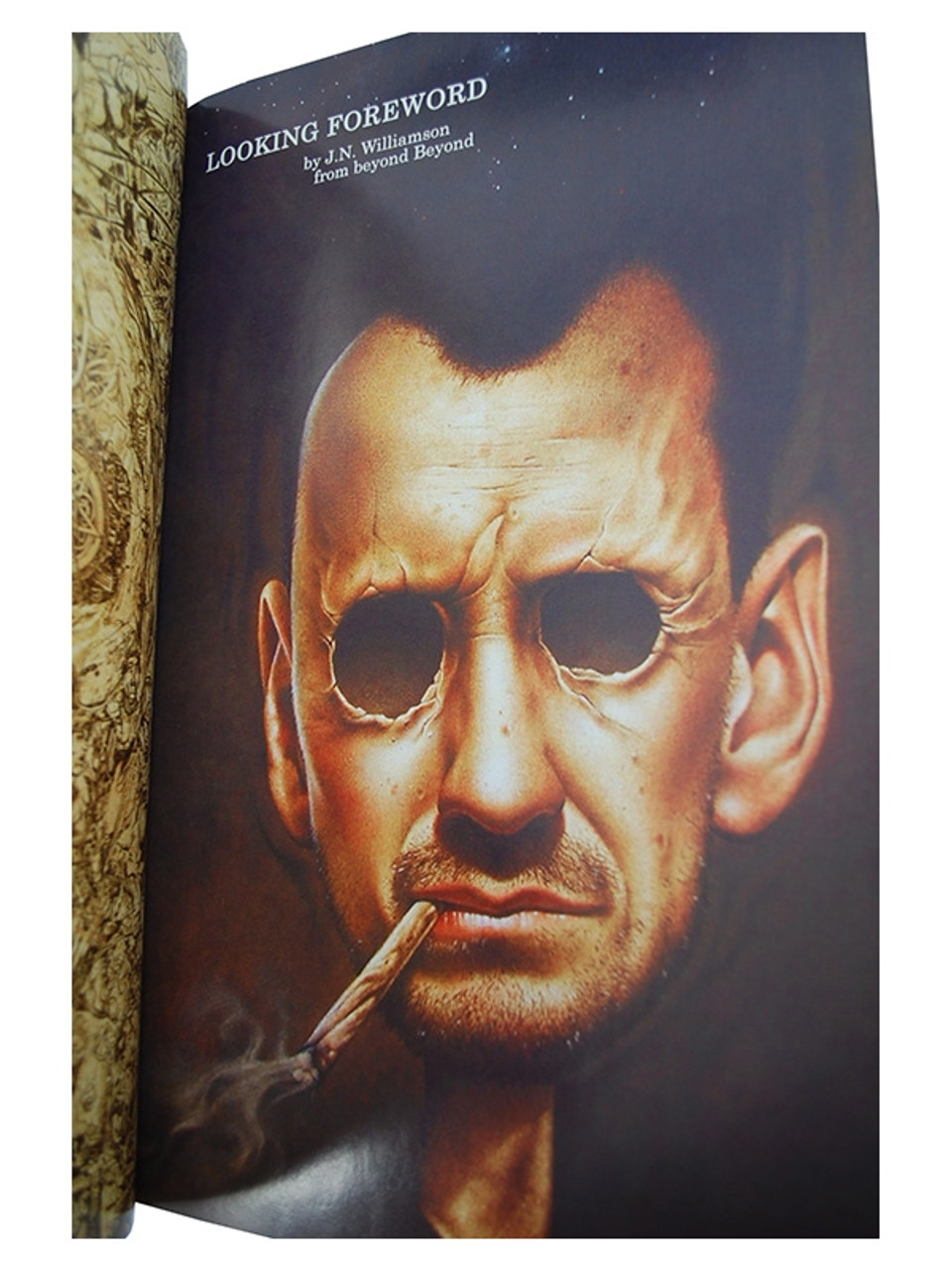 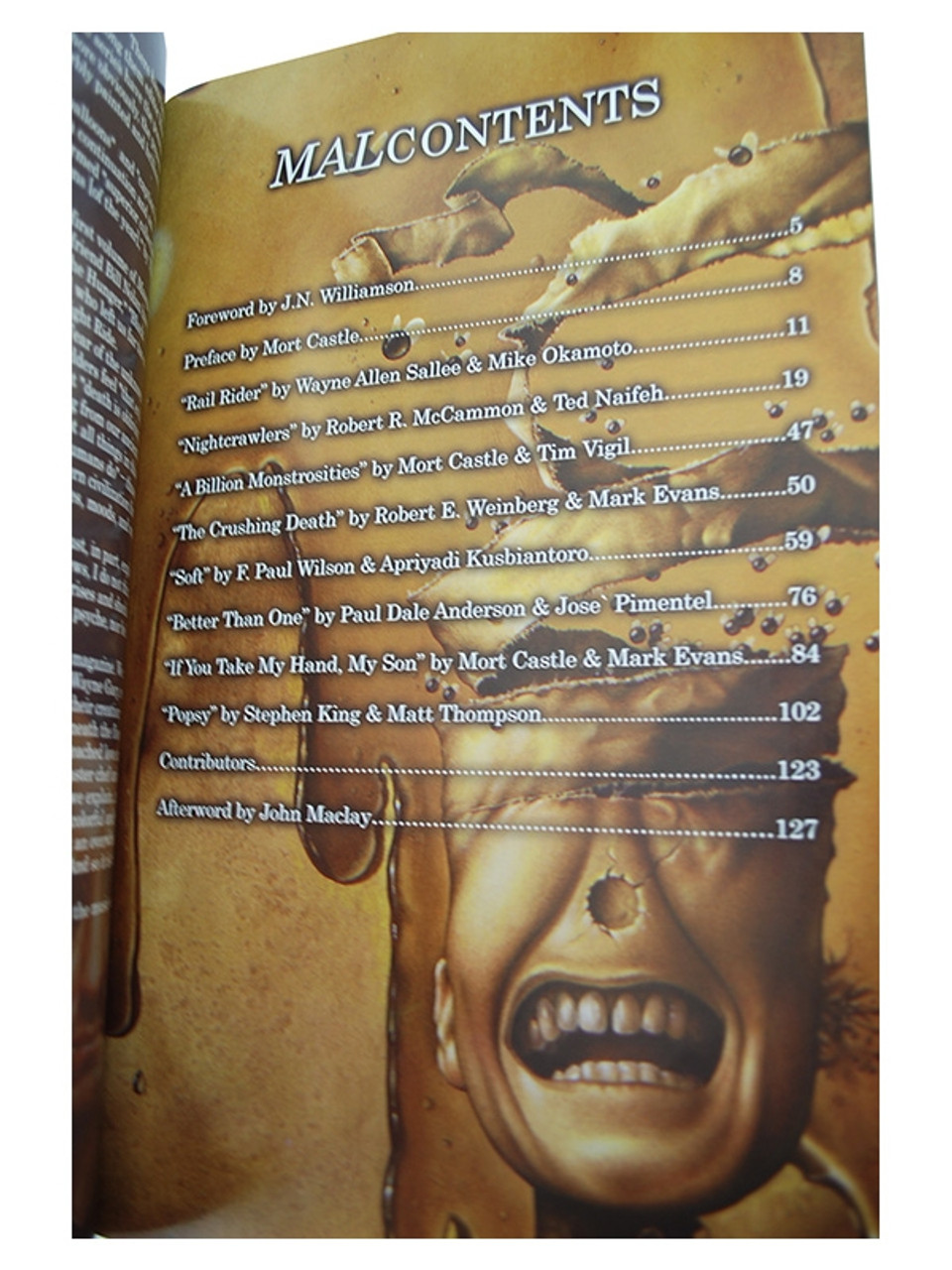 "A Masques story offers something beyond the transitory terror, the cheap thrill, the soon forgotten fright. It's horror fiction that says something about the way people are at heart." --J. N. Williamson, 1992

LIMITED TO ONLY 52 LETTERED COPIES.

Personally signed by all authors and artists, including Stephen King, Clive Barker, Richard Matheson, Robert R. McCammon, and many others.


Gauntlet Press 2011. J.N. Williamson "Illustrated Masques". A Signed Lettered Traycased Limited Edition of only 52 copies. This edition has been signed by all authors and the graphic artists listed below. This is the only edition signed by Stephen King and Clive Barker. Exclusive to this signed lettered edition is a lenticular image from F. Paul Wilson's "Soft". Edited by Mort Castle and David Campiti. Sixteen autographs in total. This lettered copy is "H". This edition includes a distinctive leather bound tray-case with rectangular cut out to display artwork beneath.

This special lettered edition has been personally signed by the following authors:

This special lettered edition has been personally signed by the following graphic artists:

Exclusive to this Signed Lettered Edition is this lenticular print from F. Paul Wilson's "Soft" :

But the "comic book boom" was going bust -- and the "graphic novel" still had to await Art Spiegelman's winning the Pulitzer for Maus and Alan Moore's Watchmen being named one of the top "100 Novels of the 20th Century" by Time Magazine to become legitimate. Few copies of J.N. Williamson's Masques were printed, far fewer comics stores were around to sell them, and within a year, the publisher Innovation itself was gone from the scene. 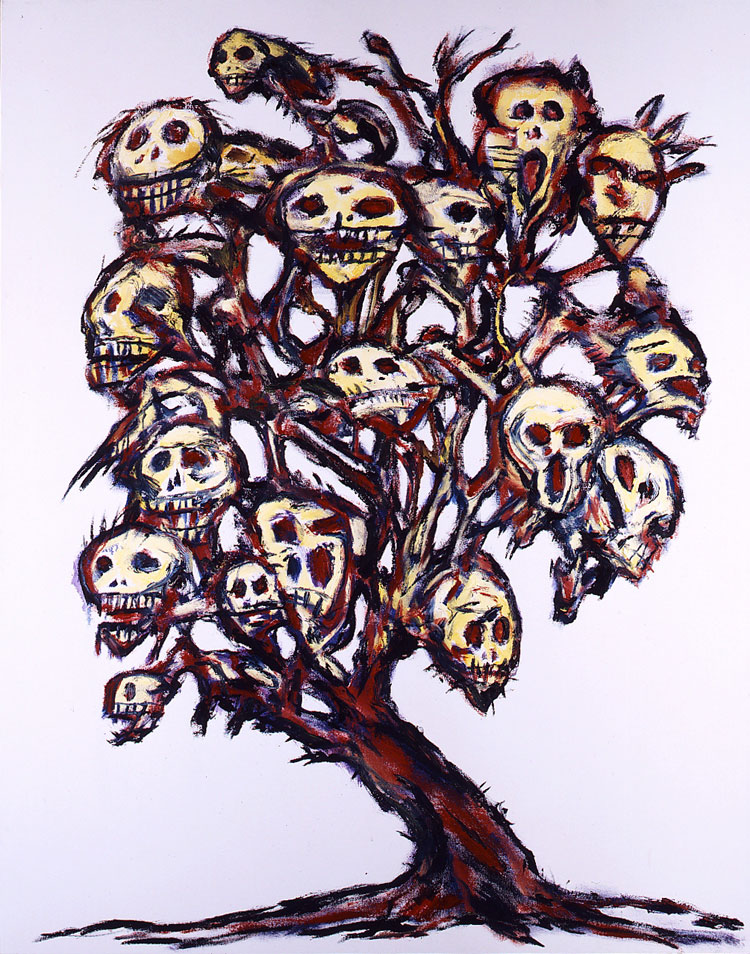 Here's what you'll find in this collection:

Paul Dale Anderson "Better Than One"
Illustrated by Jose Pimentel 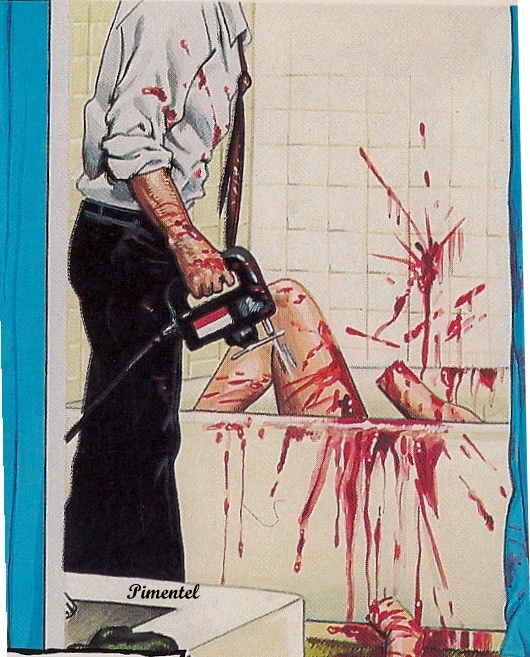 Mort Castle "If You Take My Hand, My Son"
Illustrated by Mark Evans 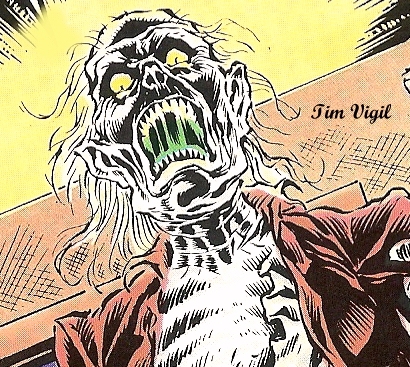 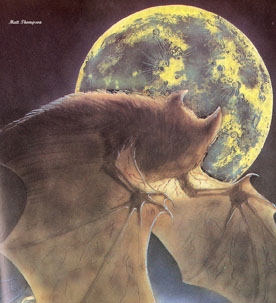 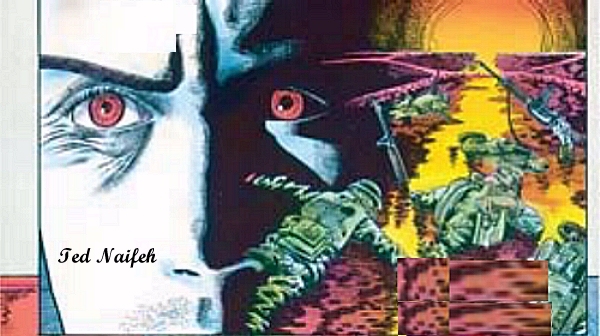 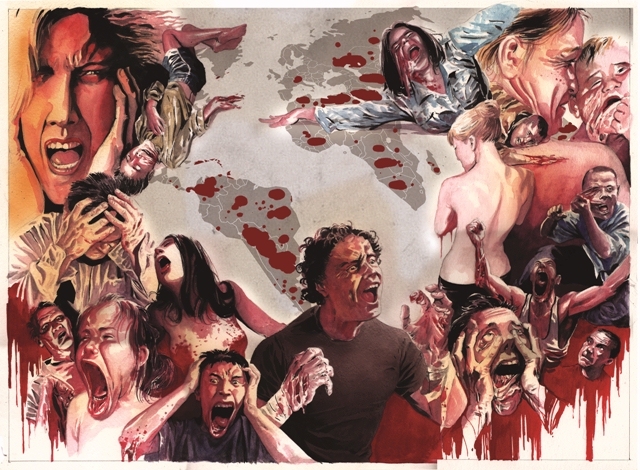 Mort Castle, editor of J. N. Williamson's Illustrated Masques, is the only living author to have stories in all five editions of Masques, including the "special addendum" to the fifth volume, "Masques: Further Stories." He's edited or written 16 books, including the essential reference work On Writing Horror (Writer�s Digest Books), and his publications list of "shorter things" now numbers over 500. As a comics creator, he's written Leatherface, Monolith, Dream Angel, and many other comics. Castle is a member of the Fiction Writing Department of Columbia College Chicago, where he teaches "Story in Graphic Forms," a class in writing comics and graphic novels.

David Campiti, co-editor of J. N. Williamson's Illustrated Masques, was first published in comics in 1983. By 1985, he was writing Superman stories in Action Comics for DC and soon went into freelance designing, editing, and book packaging, in which roles he helped launch Amazing Comics, Eternity Comics, Malibu Comics, and other companies. In the process, he discovered and debuted the careers of many talents.

"The stories are the best of the best and truly honor the late Mr. Williamson, as do the marvelous artists who have beautifully illustrated some of the most frightening stories of our times. Grab this collector�s volume before it�s gone forever!"
-- JL Comeau, Tomb of Dark Delights


"The artwork and production quality of J.N. WILLIAMSON'S ILLUSTRATED MASQUES is superior. The art is bright, deep; and almost 3-dimensional. The $50 price tag [for the trade edition] is no surprise with this kind of production value. Robert McCammon's 'Night Crawlers' really benefits from the graphic representation. The artwork and storyboard add to an already enjoyable story. Finally, the stand-alone art in the book, including the endpapers are by themselves worth the price of admission.�
-- Randall Flag, Co-Owner of TheDarkTower.org


"These are not �dark fantasy� stories, make no mistake. The intent behind this book is to disturb you, to leave something burrowing into your brain and laying eggs behind your eyes... As a coda and tribute to Williamson�s long running series (published from 1084 to 2006), J. N. Williamson�s Illustrated Masques is a fine salutation."
-- Greg Baldino, Bleeding Cool


"J.N. Williamson's Illustrated Masques...is impressive by any standard... (It) serves as a love letter to his legacy, showcasing the intent and execution of Williamson's original graphic novels and enhancing them. It's also a sumptuous treat for horror fans that, like Williamson, have a passion and an eye for quality horror."
-- Kevin Quigley, Fearnet

A Rare Signed Lettered Edition, Personally Signed by Stephen King and Glenn Chadbourne. THIS IS LETTERED "PP" OF ONLY 52 PRODUCED Cemetery Dance Publications 2013. "The Dark Man