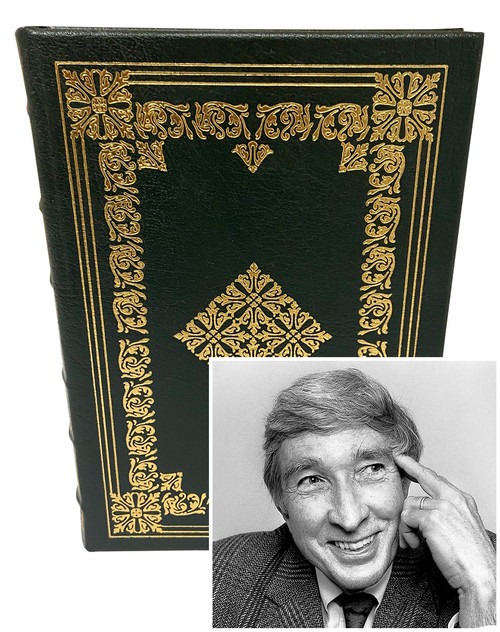 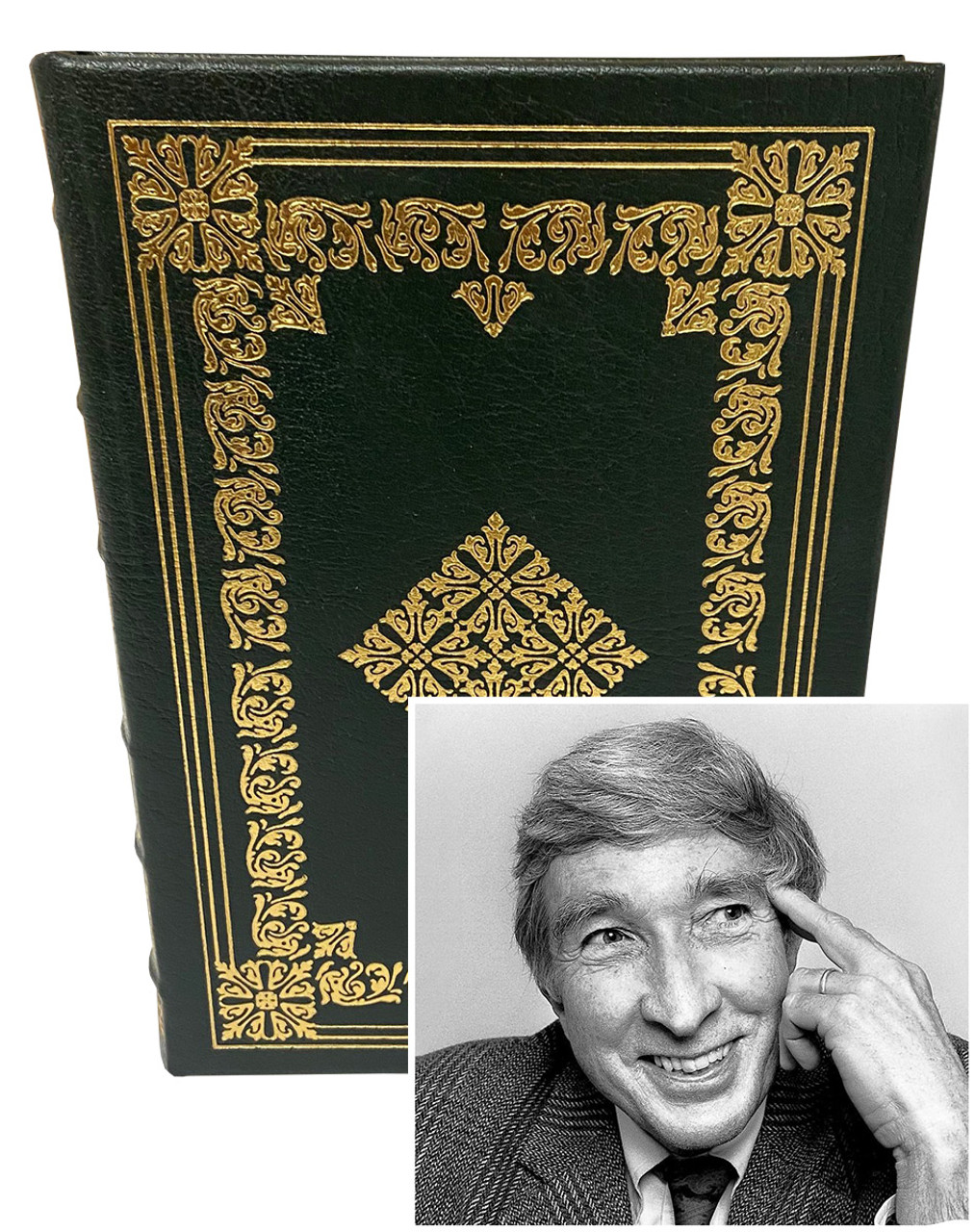 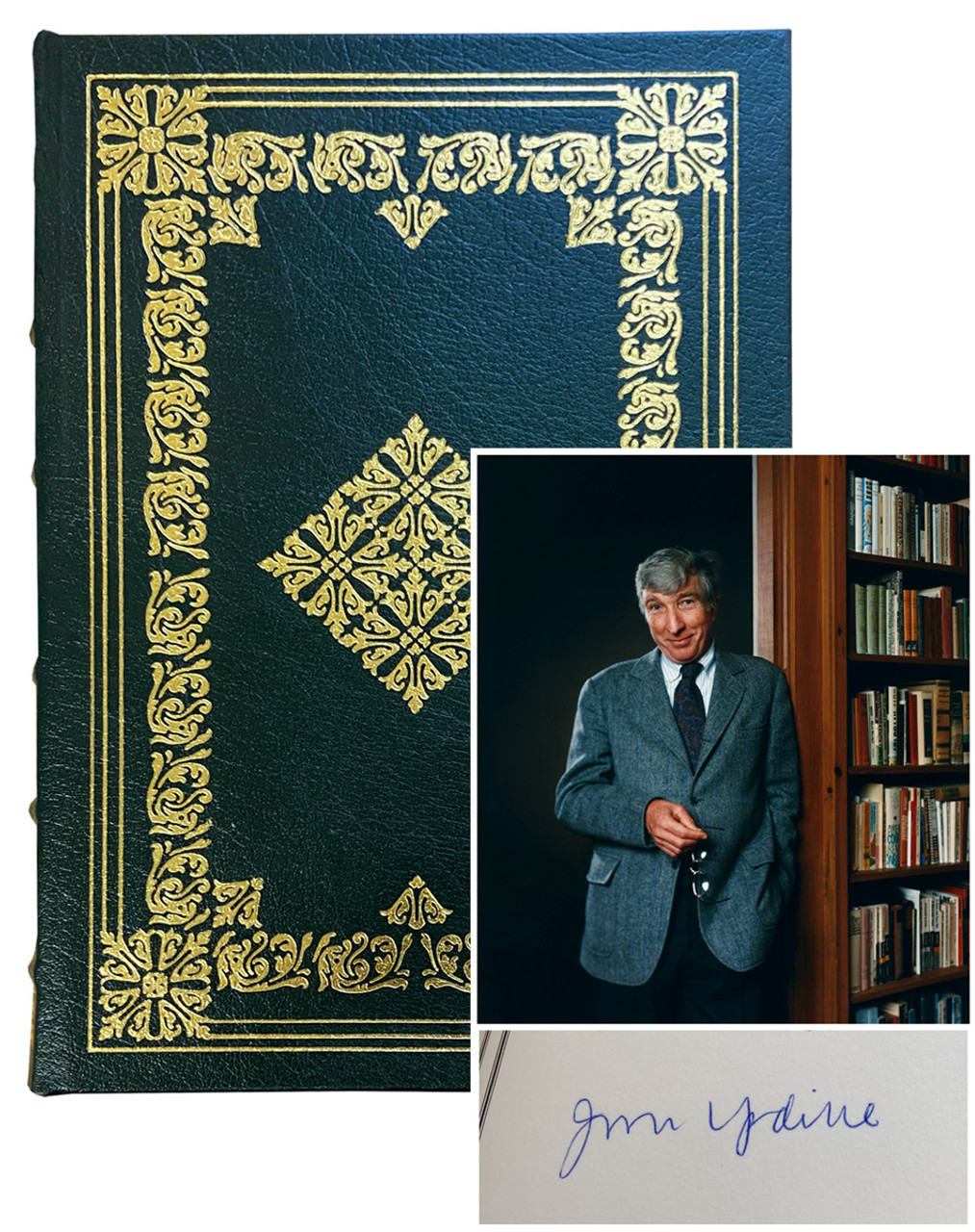 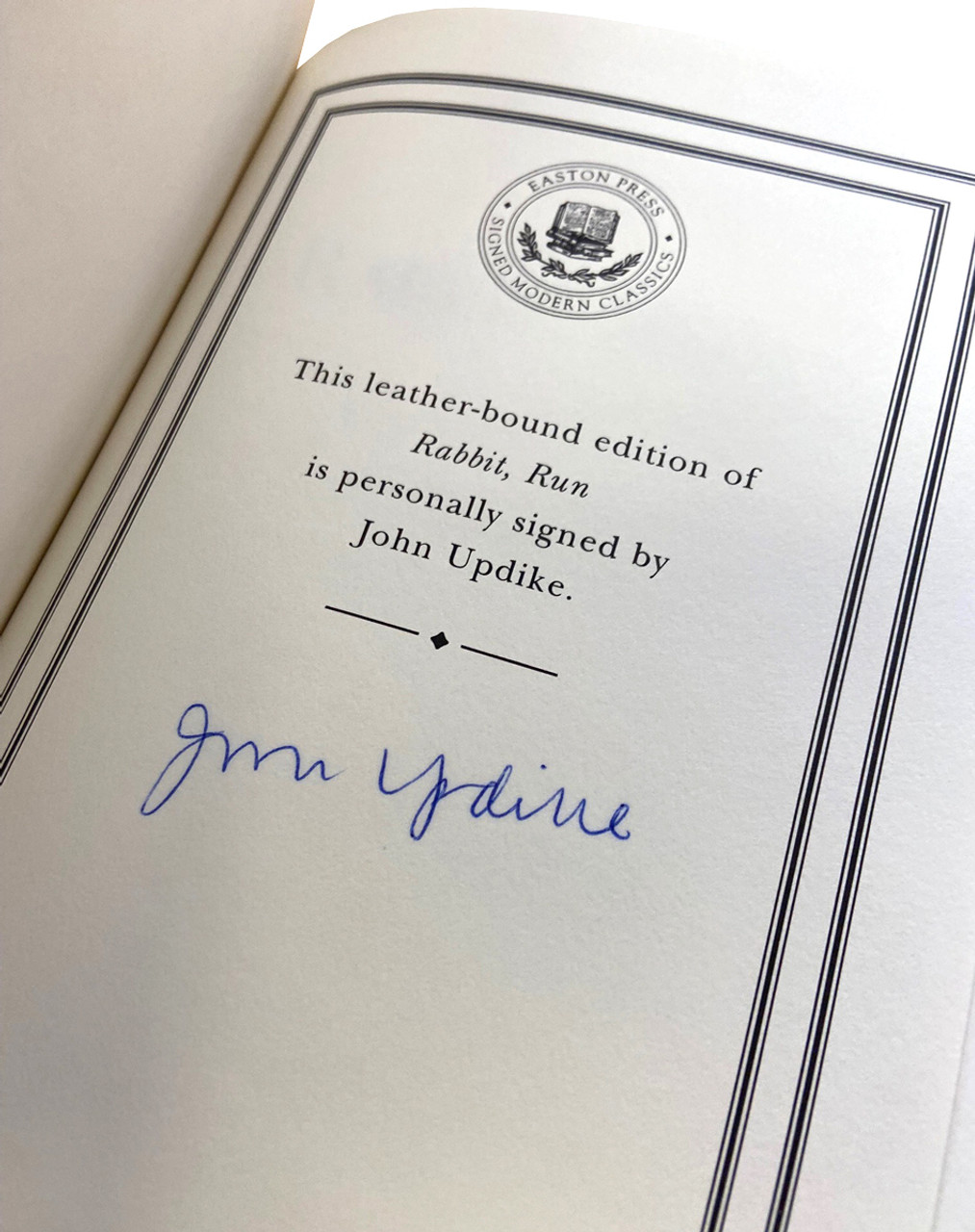 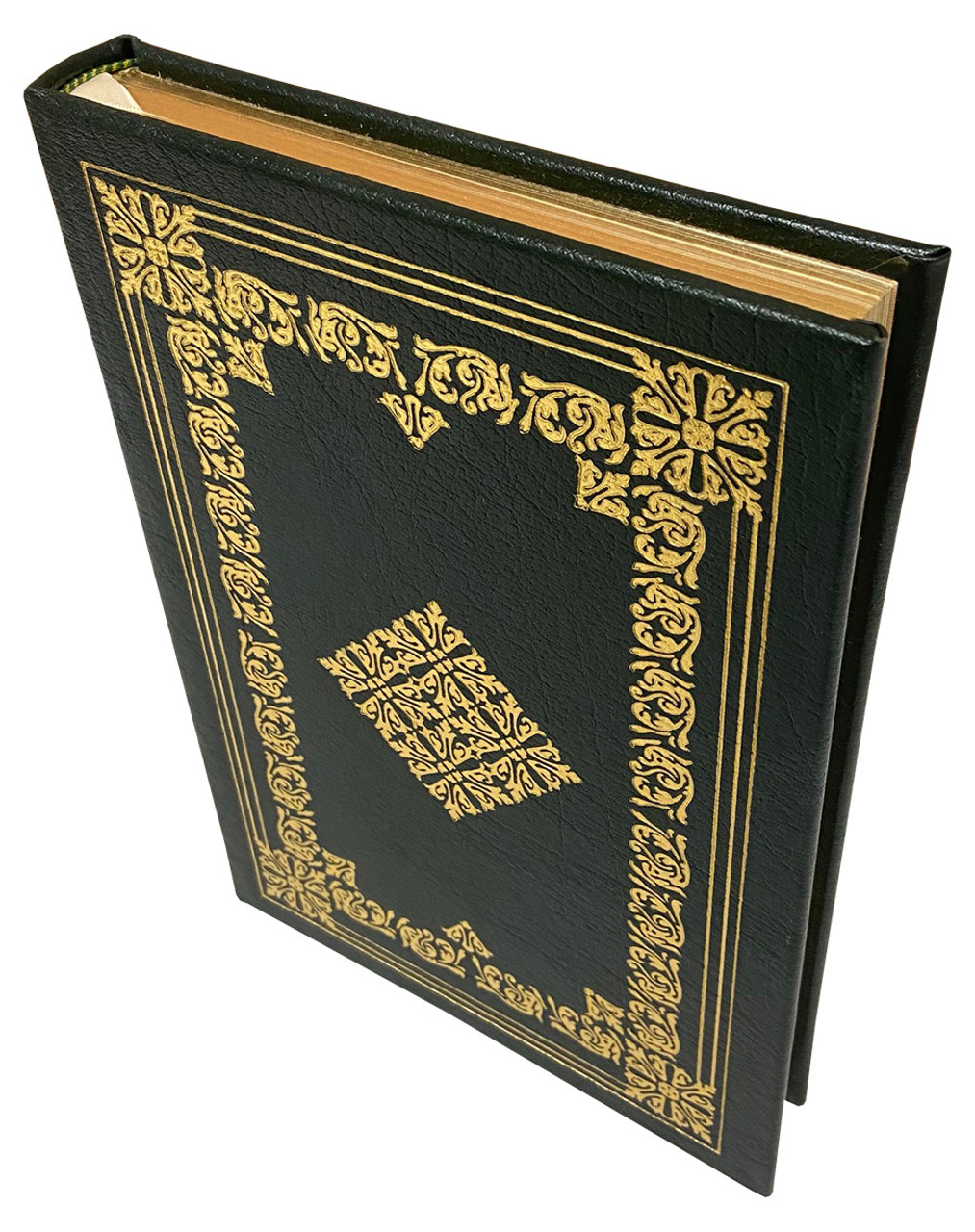 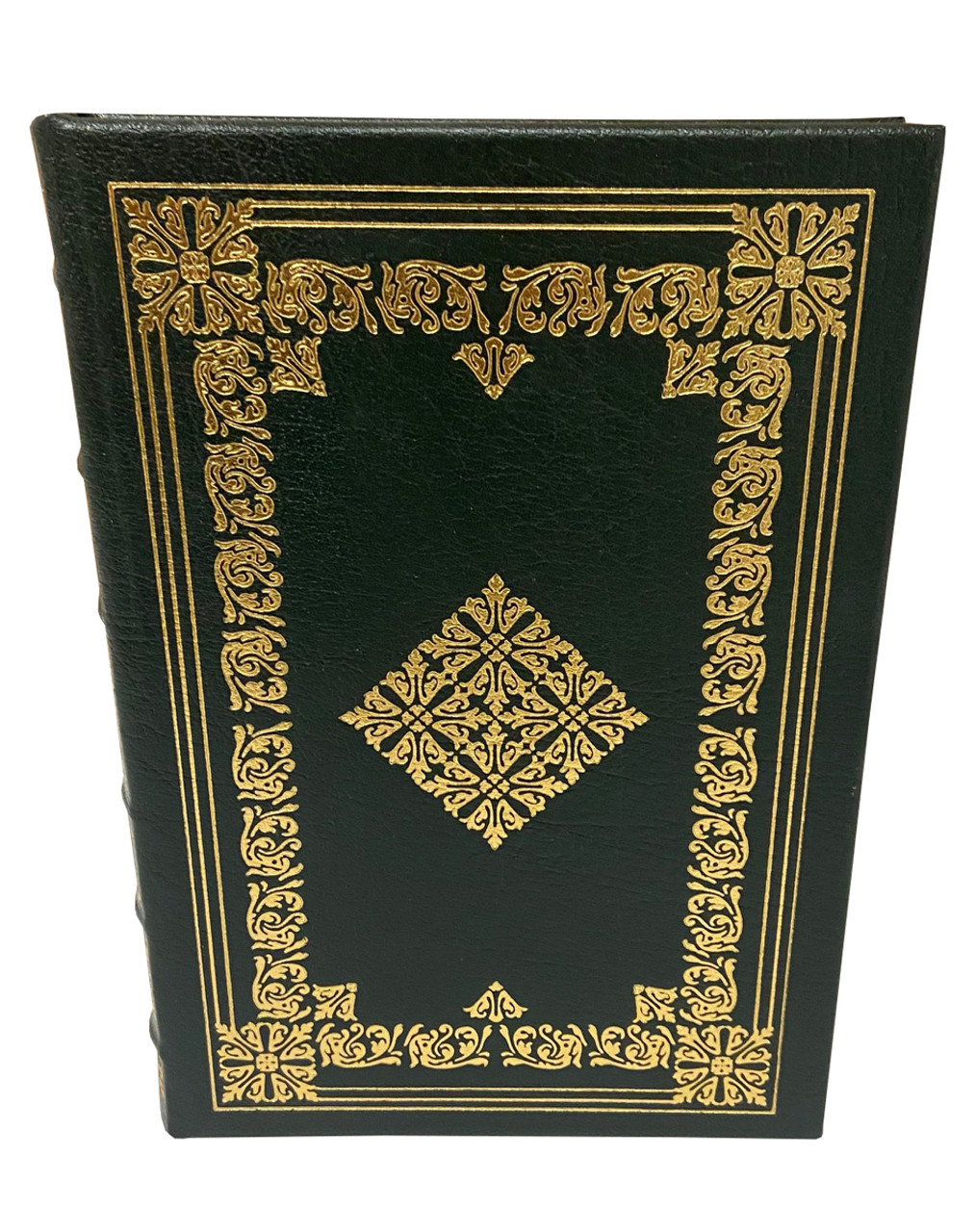 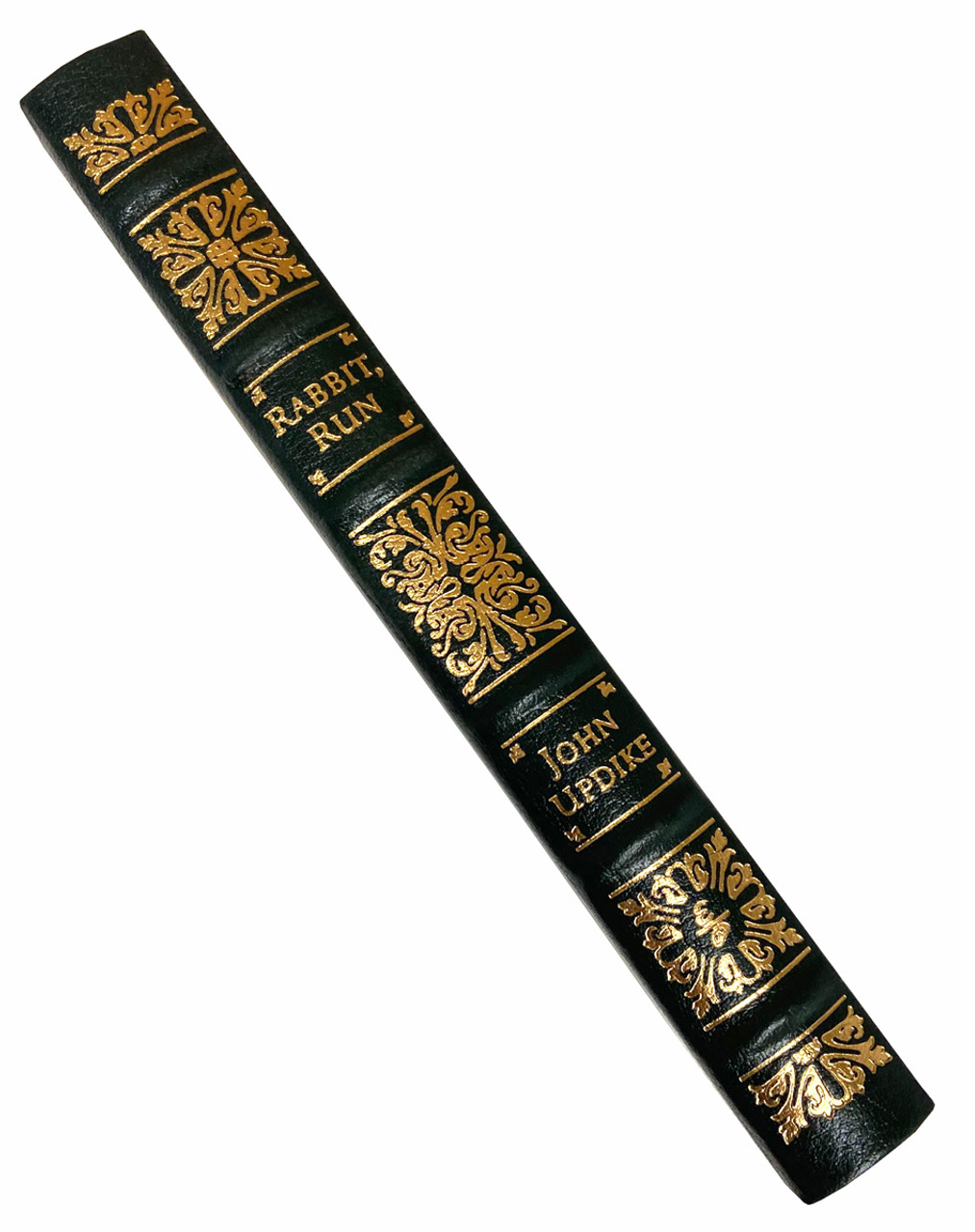 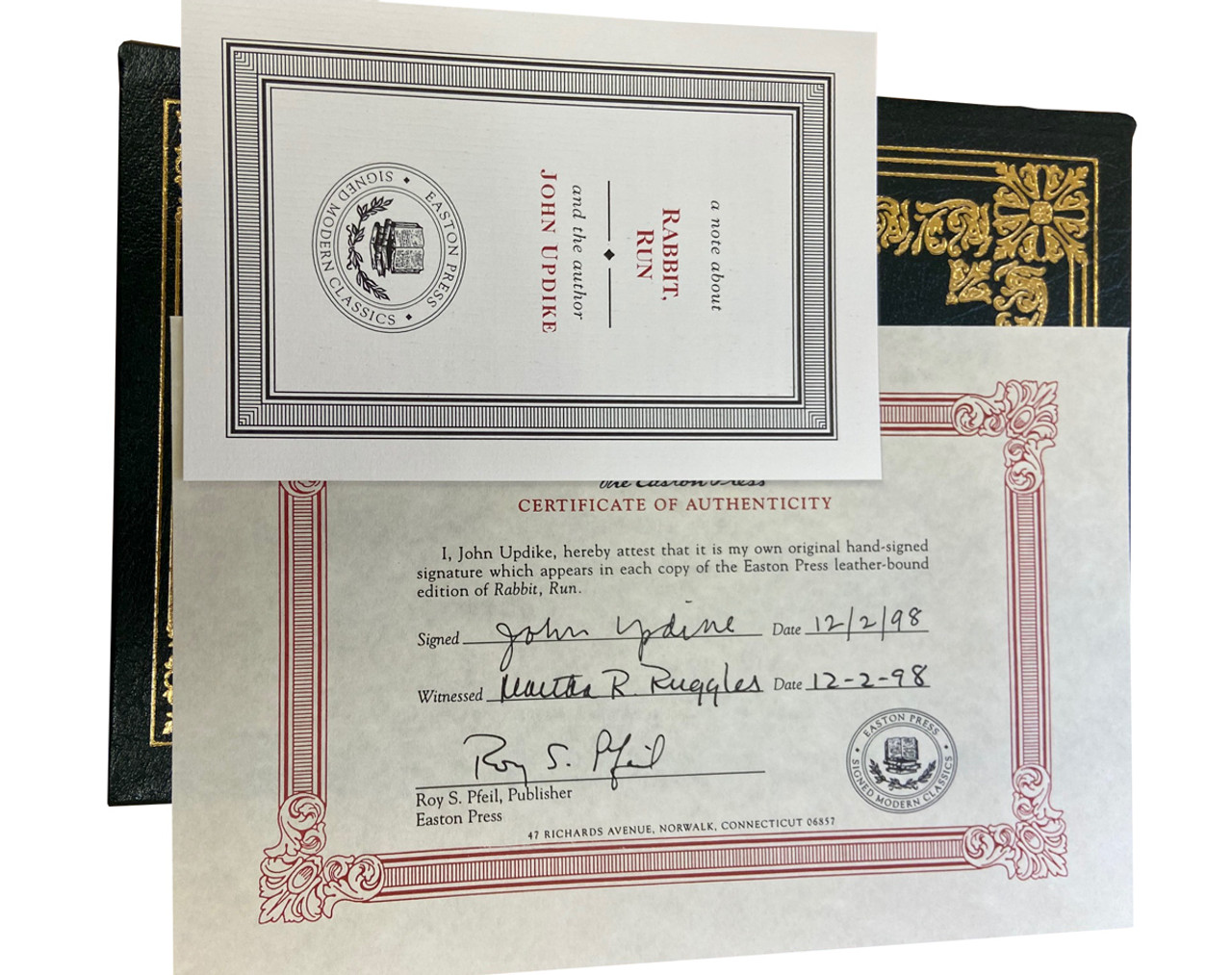 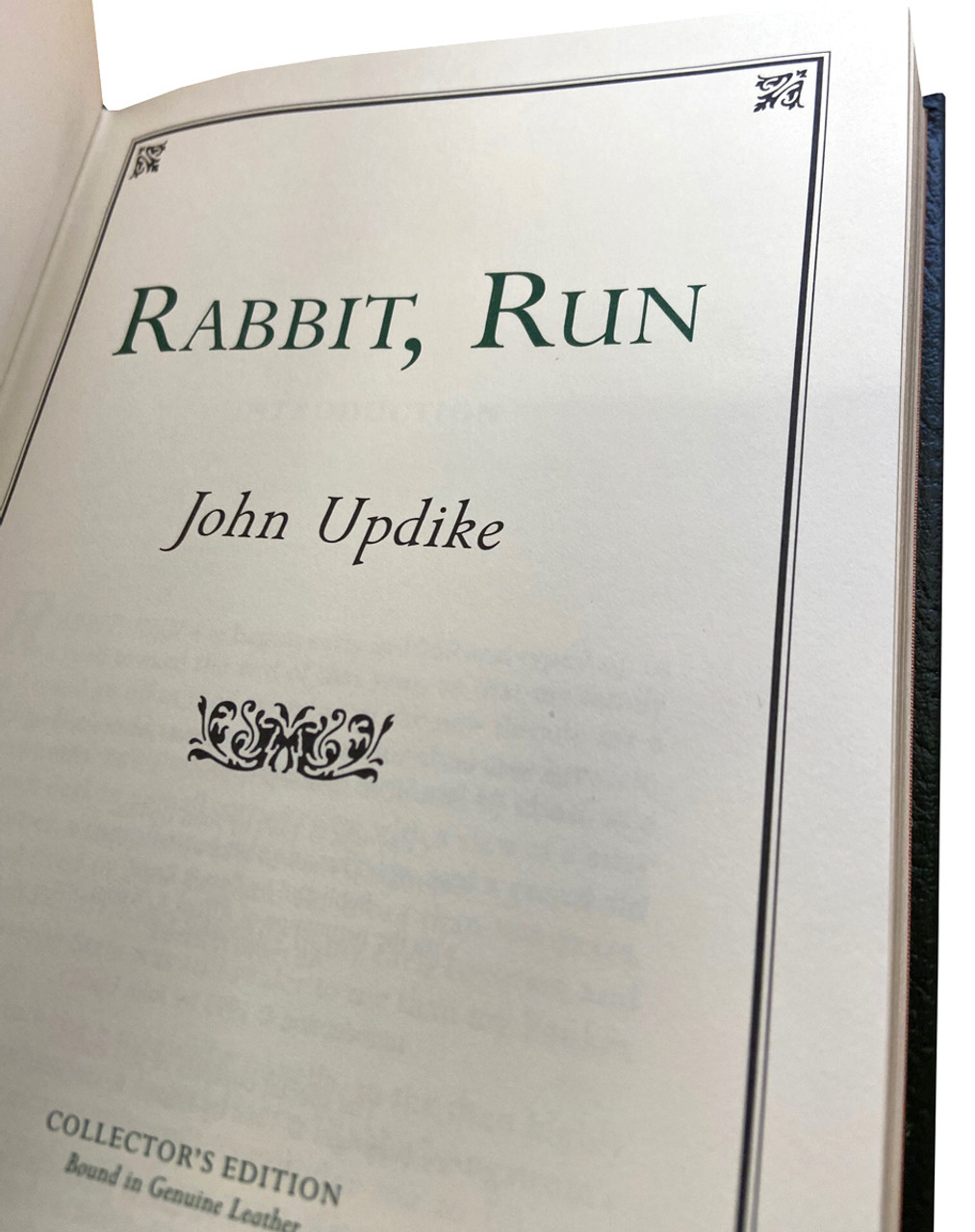 Personally signed by John Updike on a special title page. 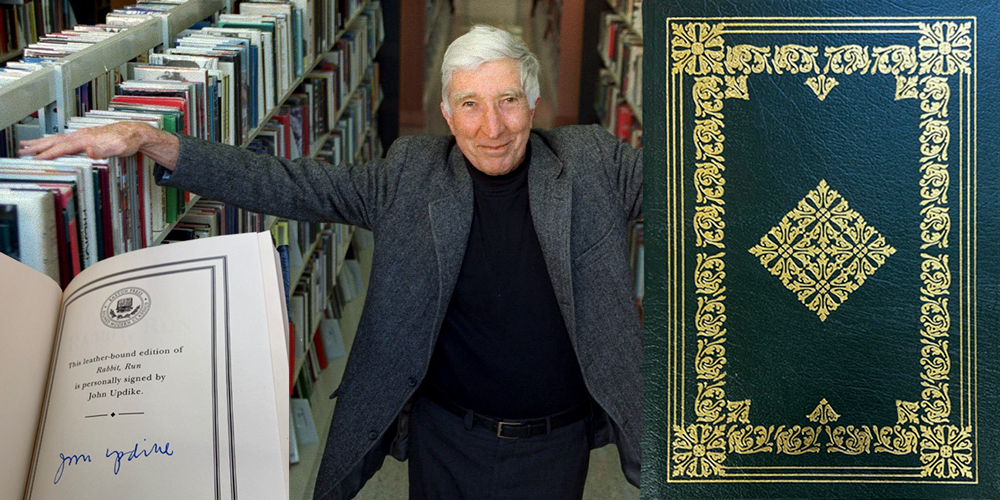 Easton Press, Norwalk, CT. 1999. Signed Limited Edition. Full genuine leather. Includes COA and original collector notes from the publisher as issued. John Updike is one of the most prominent contemporary American novelists and also a Pulitzer Price winning leading author. Very Fine with COA and original publisher's Collector's Notes. This special collectible edition of Rabbit Run has been limited to only 1,000 signed copies.

The novel depicts three months in the life of a 26-year-old former high school basketball player named Harry "Rabbit" Angstrom who is trapped in a loveless marriage and a boring sales job, and his attempts to escape the constraints of his life. It spawned several sequels, including Rabbit Redux, Rabbit is Rich and Rabbit at Rest, as well as a related 2001 novella, Rabbit Remembered. In these novels Updike takes a comical and retrospective look at the relentless questing life of Rabbit against the background of the major events of the latter half of the 20th century.

John Hoyer Updike (born March 18, 1932 in Reading, Pennsylvania) is an American novelist, poet, short story writer and literary critic. Updike's most famous work is his Rabbit series (Rabbit, Run; Rabbit Redux; Rabbit Is Rich; Rabbit At Rest; and Rabbit Remembered). Rabbit is Rich and Rabbit at Rest received the Pulitzer Prize. Describing his subject as "the American small town, Protestant middle class," Updike is widely recognized for his careful craftsmanship and prolific output, having published 22 novels and more than a dozen short story collections, as well as poetry, literary criticism and children's books. Hundreds of his stories, reviews, and poems have appeared in The New Yorker since 1954. The Widows of Eastwick, John Updike's sequel to the 1984 best seller The Witches of Eastwick, was published by Alfred A. Knopf in October 2008. 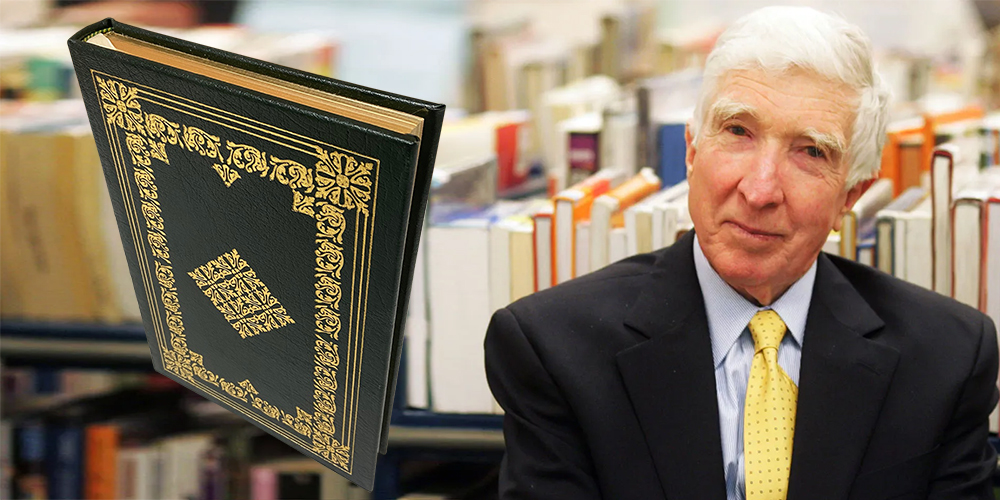