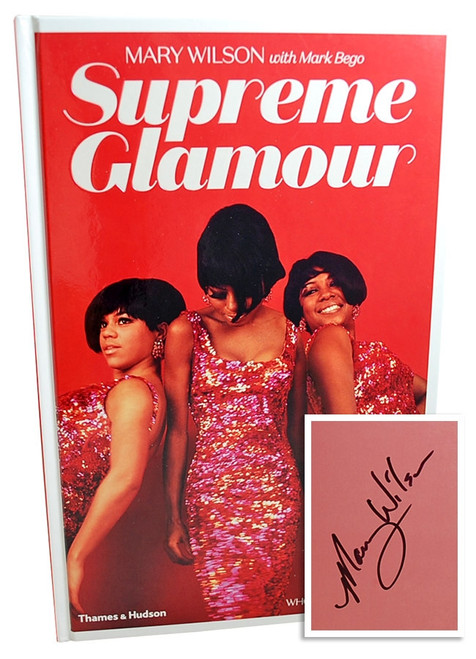 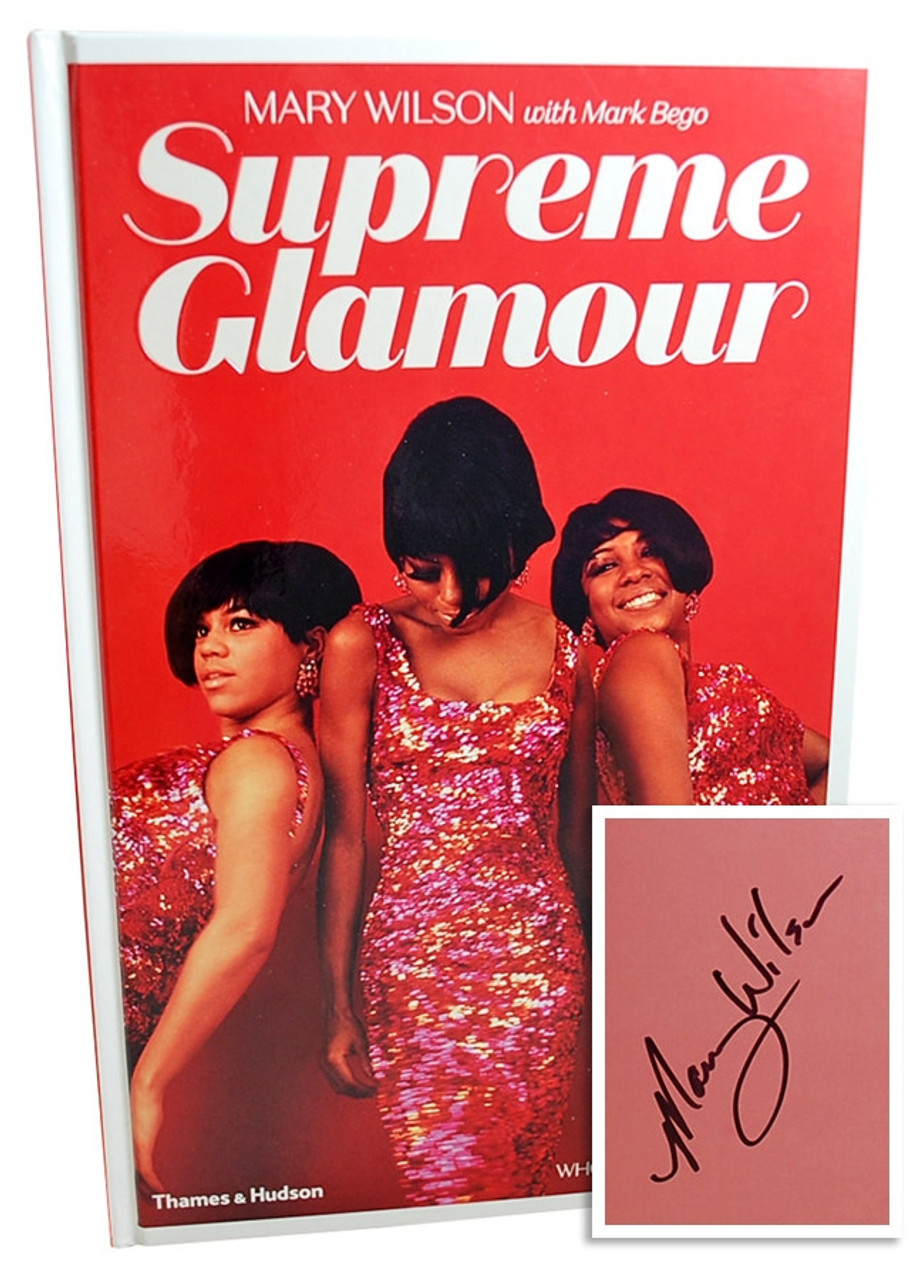 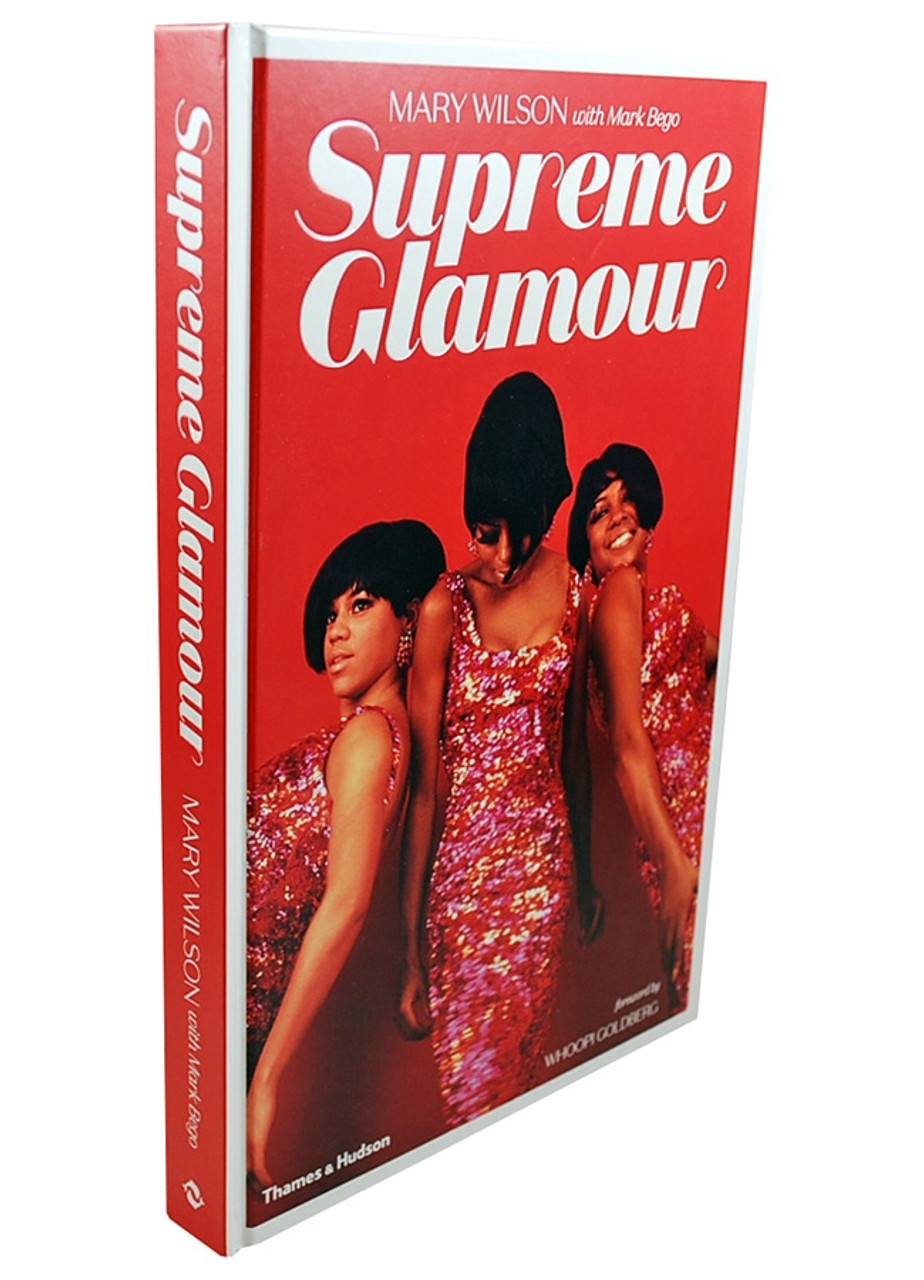 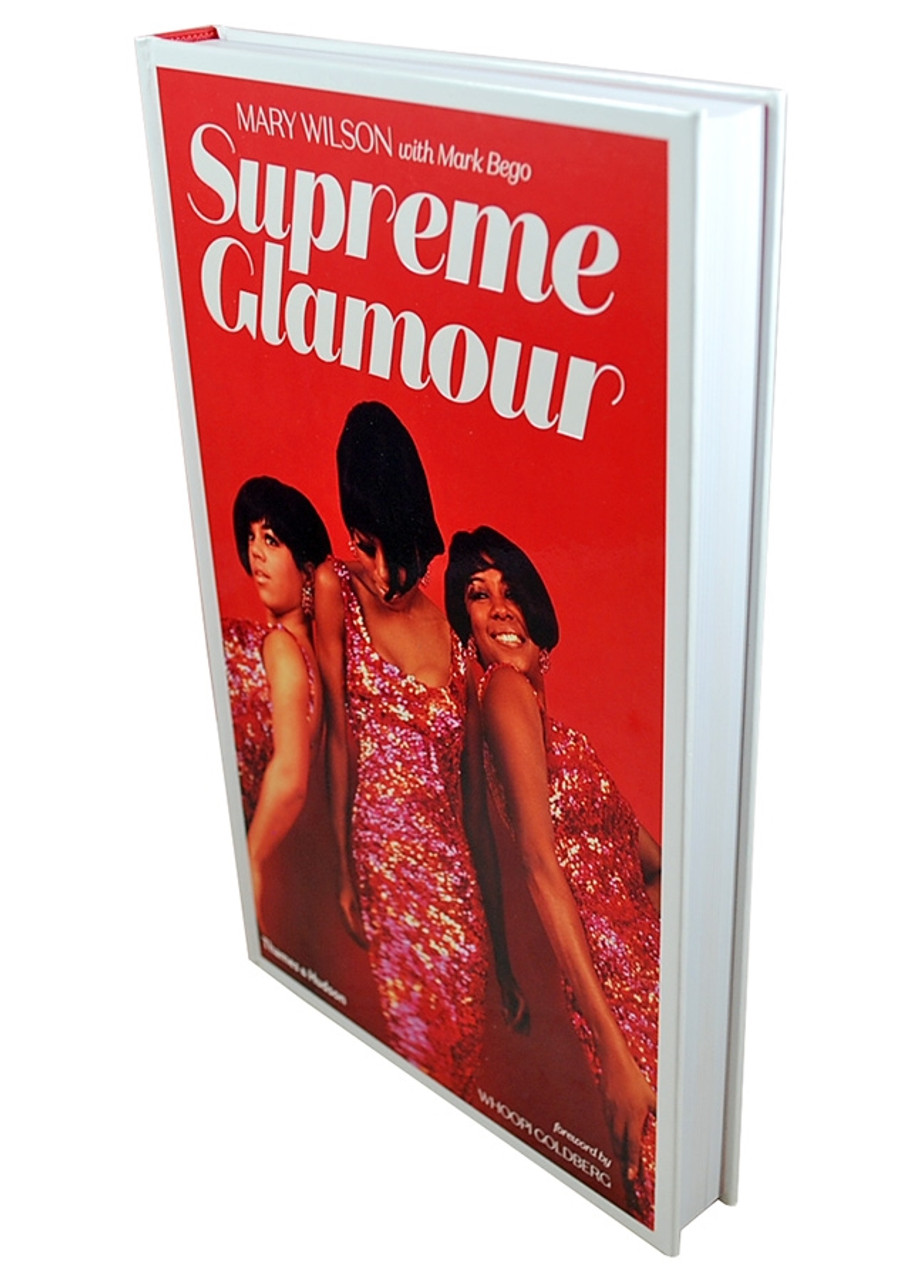 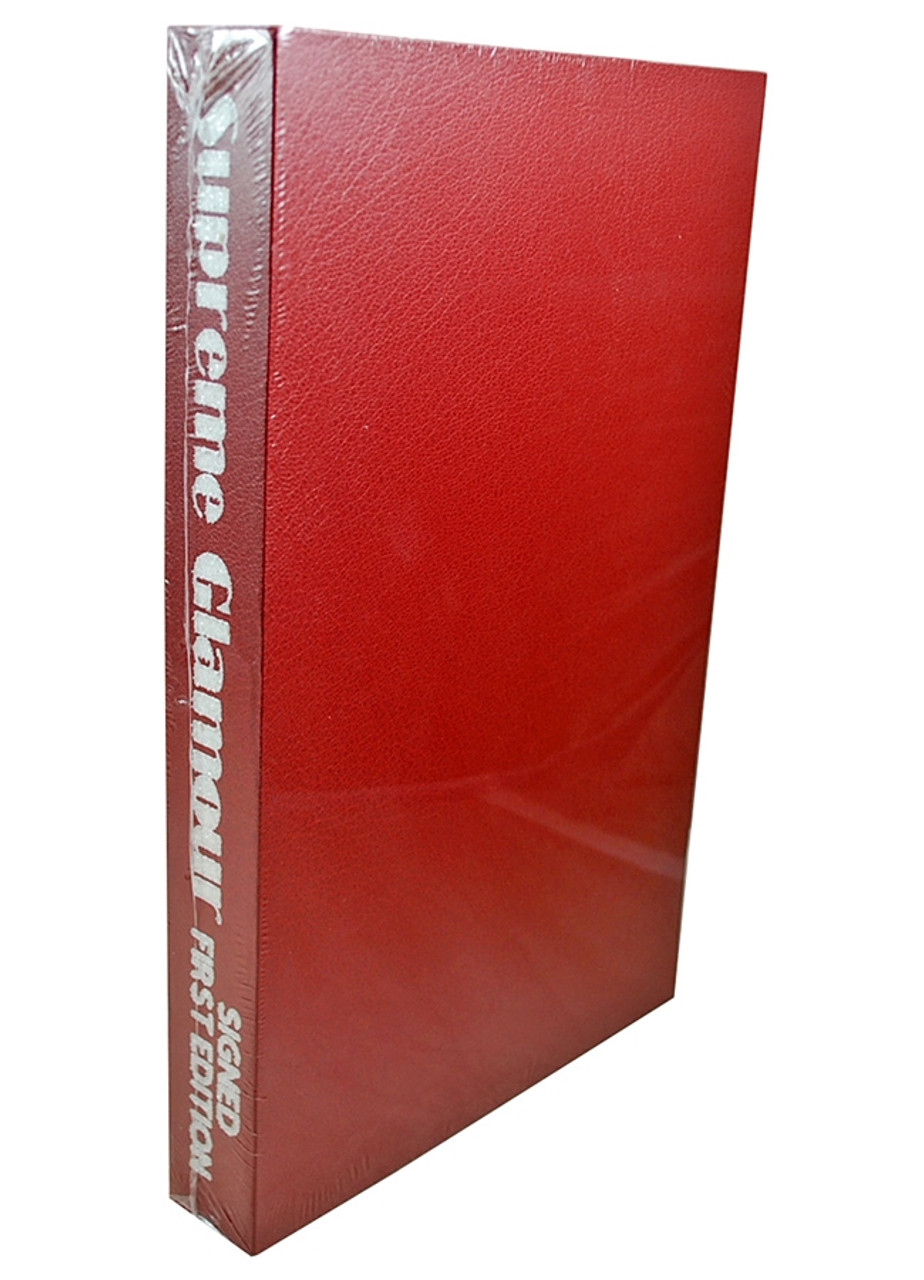 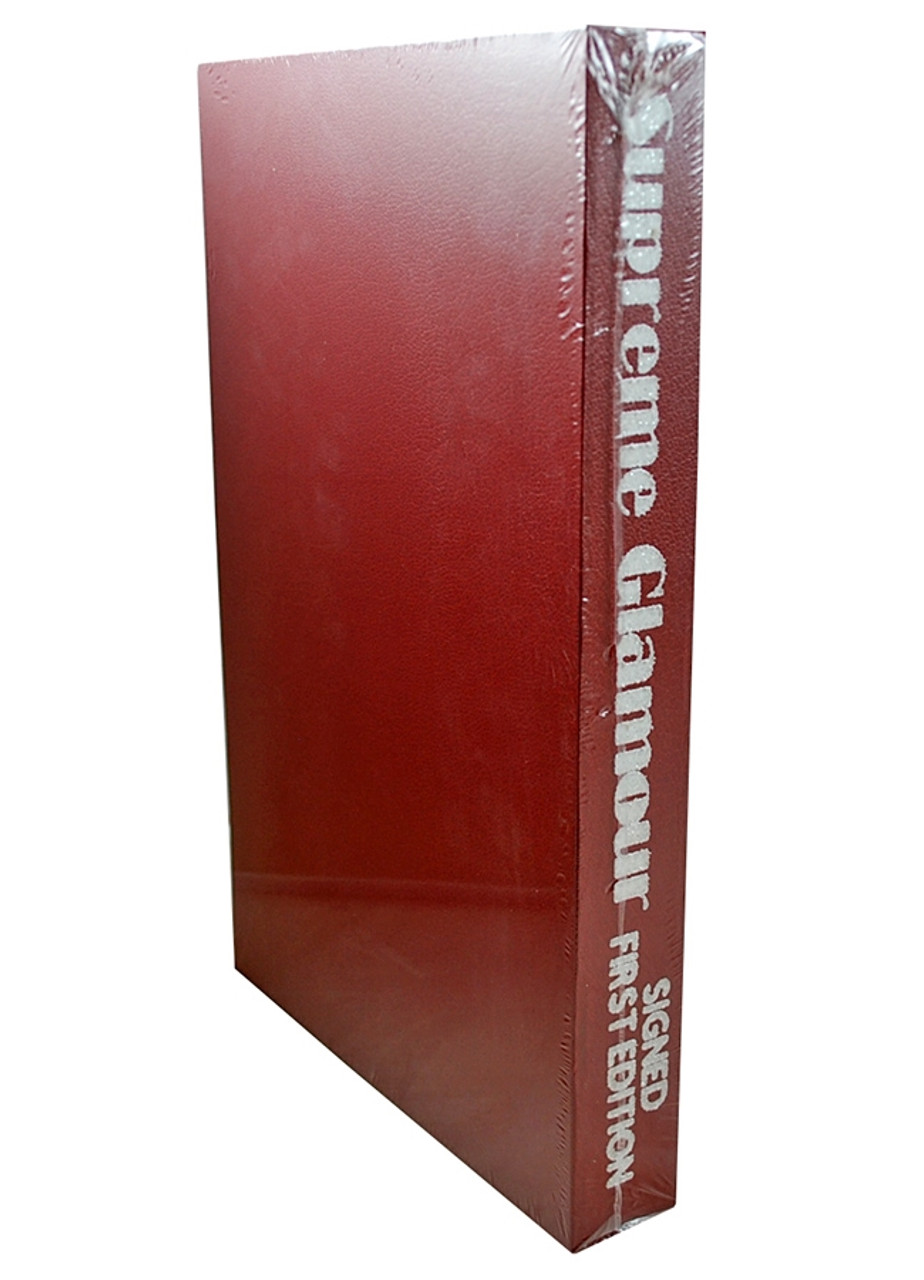 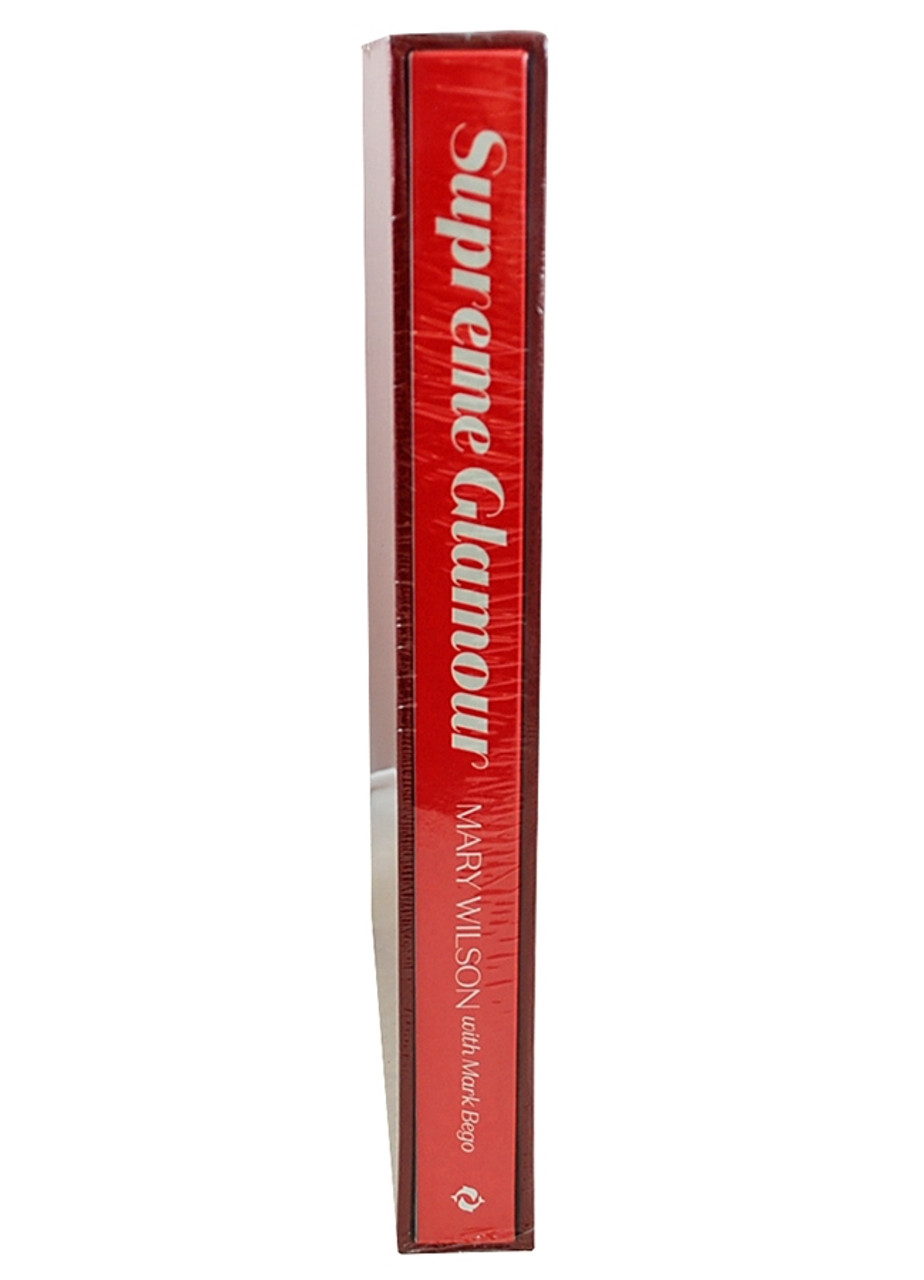 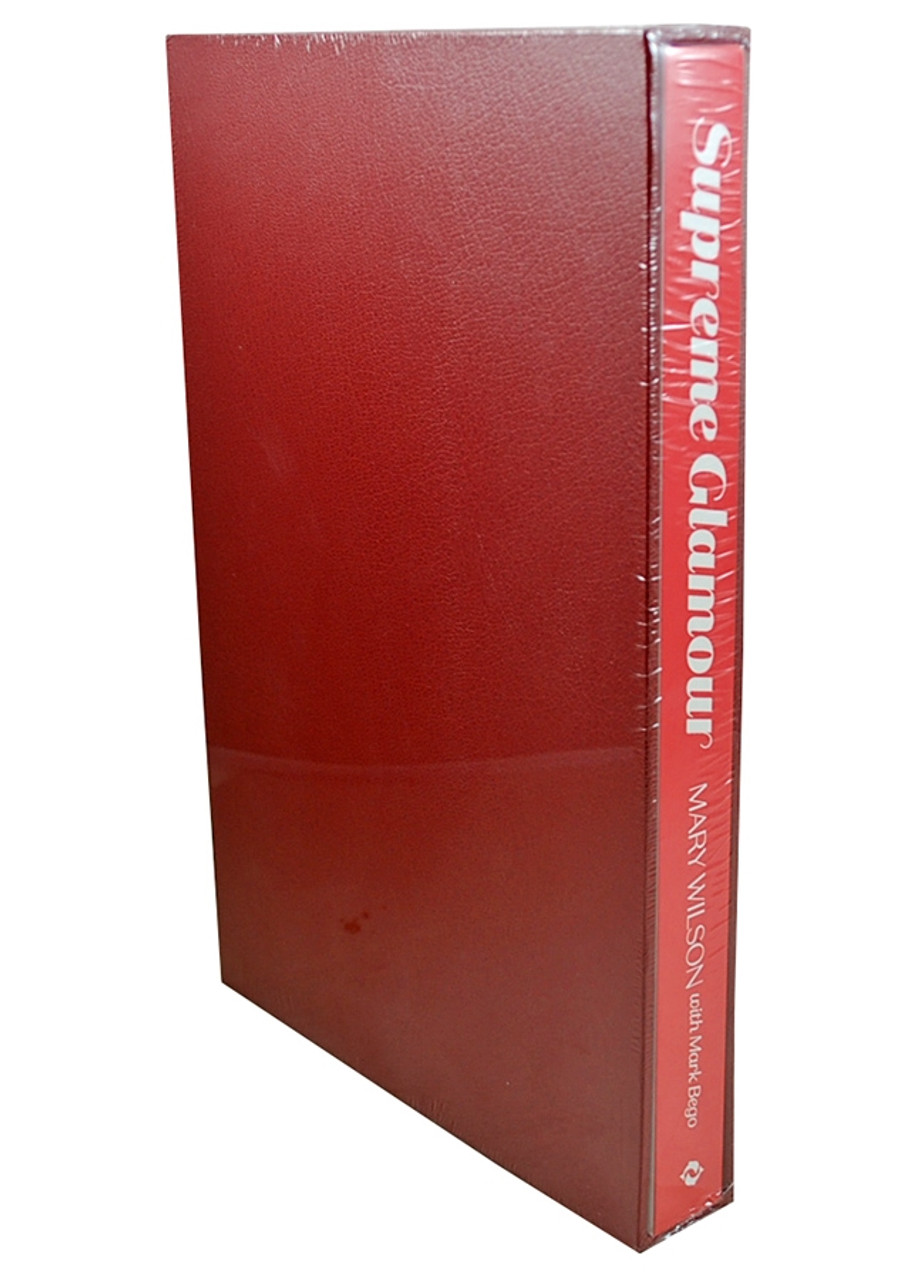 Personally signed by one of the founders of The Supremes, Mary Wilson, directly into the book.


Sumptuously illustrated, engaging, and insightful, Mary Wilson's book charts the glittering story of The Supremes, as it showcases their glamorous and iconic ensembles.

As Motown's leading act in the 1960s, The Supremes became synonymous with glamorous, elegant, coordinated ensembles. Supreme Glamour presents founding member Mary Wilson's unparalleled collection, showcasing thirty-two of the group's most eye-catching gowns, meticulously reassembled and photographed on the Grammy Museum stage. Detailed captions accompany each photograph, providing information about the design, fabric, and embellishments of each ensemble, as well as the occasion on which each was first worn. 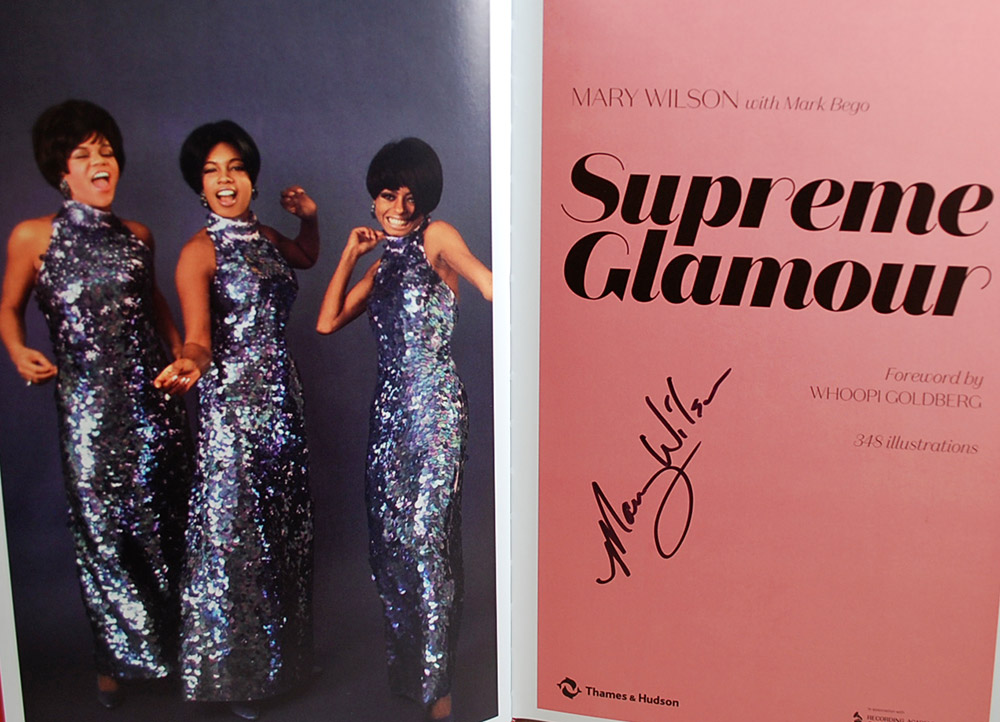 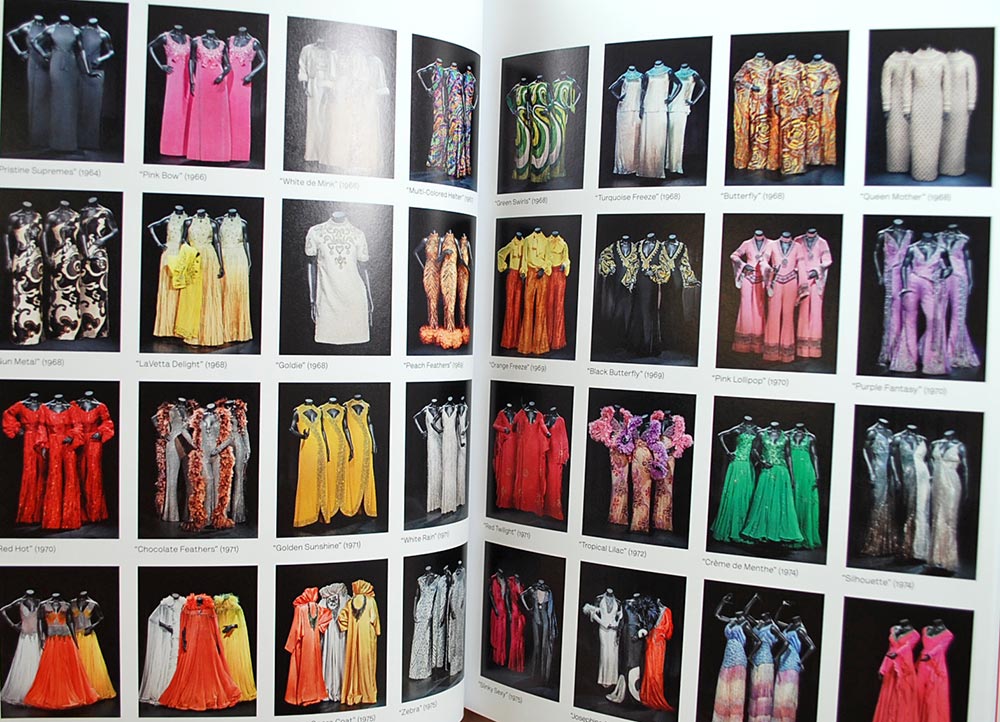 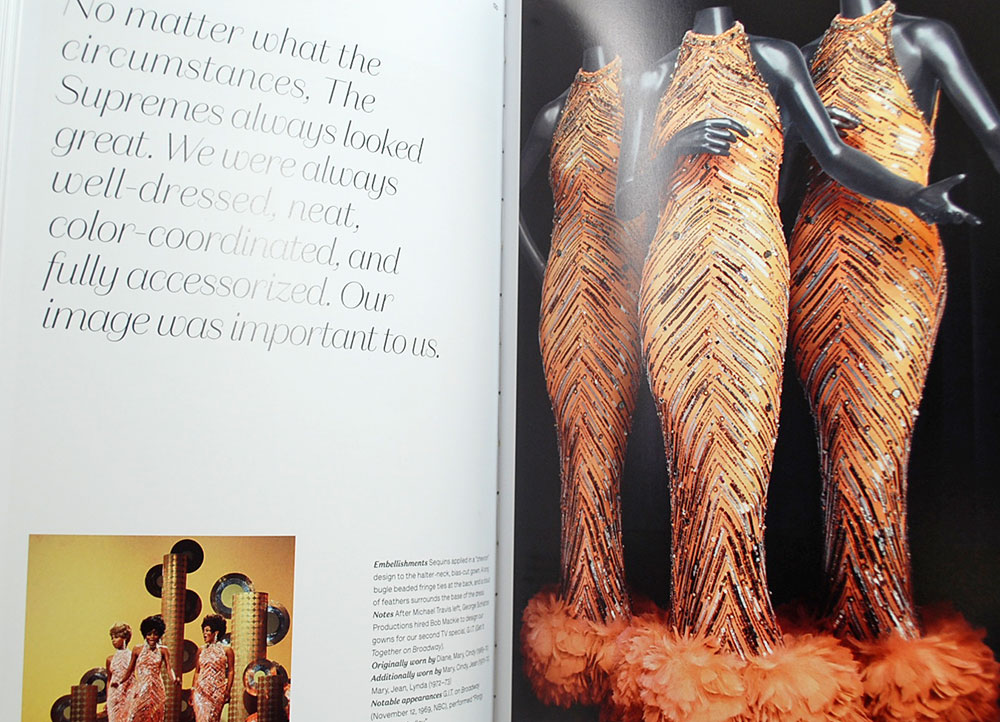 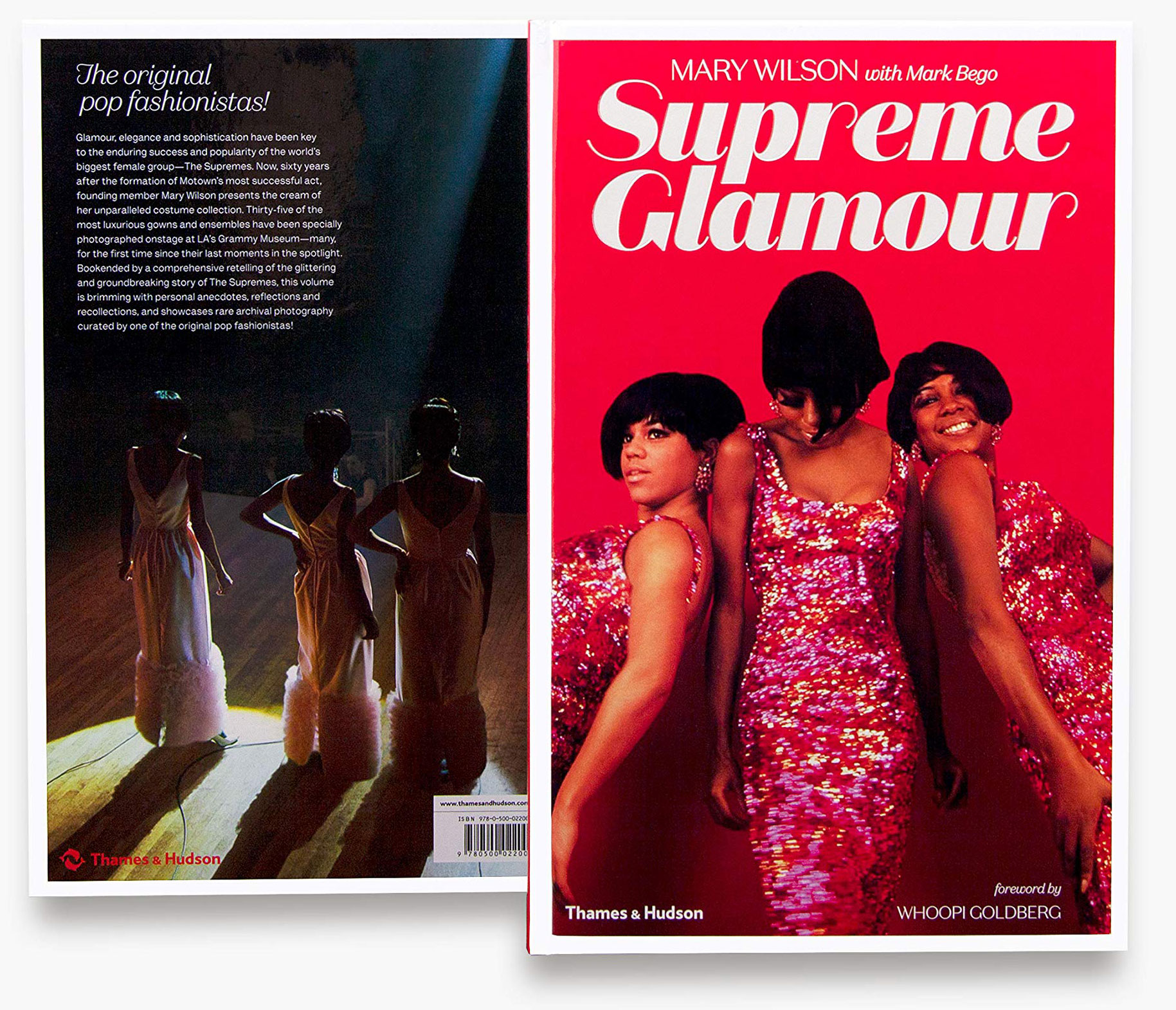 In addition to the fashion history of The Supremes, the book chronicles the evolution of the group and celebrates the cultural icons they became. Engaging and insightful narrative text by Mary Wilson and close personal friend Mark Bego is interspersed among hundreds of archival photos. Packed with anecdotes and insights, Mary Wilson tells the complete story of The Supremes, both on- and off- stage, from their founding in Detroit in 1959 as The Primettes to their 1964 breakthrough hit, "Where Did Our Love Go", and from the departure of Diana Ross to The Supremes' disco hits of the 1970s. Supreme Glamour builds a complete picture of the charm, sophistication, and magic of The Supremes.

Review
Wilson, one of the original members of the Supremes, shares her collection of some of the lavish costumes she flaunted throughout the 1960s and 70's. [She] shares fun anecdotes as the Supremes gained popularity. Both entertaining and aesthetically pleasing, this book will appeal to Supremes fans and vintage fashion enthusiasts alike.
- Publishers Weekly

Mary Wilson (born March 6, 1944) is an American vocalist, best known as a founding member and longest member of the Supremes. Wilson remained with the group following the departures of other original members, Florence Ballard in 1967 and Diana Ross in 1970. Following Wilson's own departure in 1977, the group disbanded. Wilson has since released three solo albums, five singles and two best-selling autobiographies, Dreamgirl: My Life As a Supreme, a record setter for sales in its genre, and Supreme Faith: Someday We'll Be Together; both books later were released as an updated combination. Continuing a successful career as a concert performer, Wilson also became a musicians' rights activist as well as a musical theater performer and organizer of various museum displays of the Supremes' famed costumes. Wilson was inducted along with Ross and Ballard (as members of the Supremes) into the Rock and Roll Hall of Fame in 1988.

The Supremes were an American female singing group and a premier act of Motown Records during the 1960s. Founded as The Primettes in Detroit, Michigan, in 1959, the Supremes were the most commercially successful of Motown's acts and are, to date, America's most successful vocal group with 12 number one singles on the Billboard Hot 100. Most of these hits were written and produced by Motown's main songwriting and production team, Holland–Dozier–Holland. At their peak in the mid-1960s, the Supremes rivaled the Beatles in worldwide popularity, and it is said that their success made it possible for future African American R&B and soul musicians to find mainstream success.

Florence Ballard, Mary Wilson, Diana Ross, and Betty McGlown, the original group, are all from the Brewster-Douglass public housing project in Detroit. They formed the Primettes as the sister act to the Primes (with Paul Williams and Eddie Kendricks, who went on to form the Temptations). Barbara Martin replaced McGlown in 1960, and the group signed with Motown the following year as The Supremes. Martin left the act in early 1962, and Ross, Ballard, and Wilson carried on as a trio.

During the mid-1960s, the Supremes achieved mainstream success with Ross as lead singer and Holland-Dozier-Holland as its songwriting and production team. In 1967, Motown president Berry Gordy renamed the group Diana Ross & the Supremes, and replaced Ballard with Cindy Birdsong. In 1970, Ross left to pursue a solo career and was replaced by Jean Terrell and the group reverted to being The Supremes again. During the mid-1970s, the lineup changed with Lynda Laurence, Scherrie Payne and Susaye Greene joining until, after 18 years, the group disbanded in 1977. 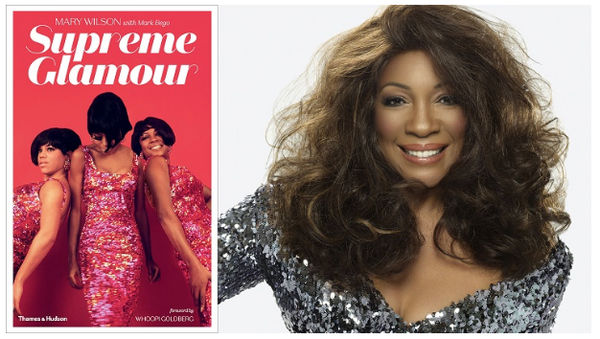