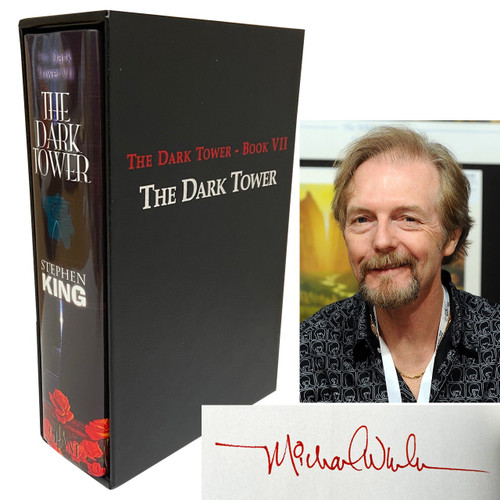 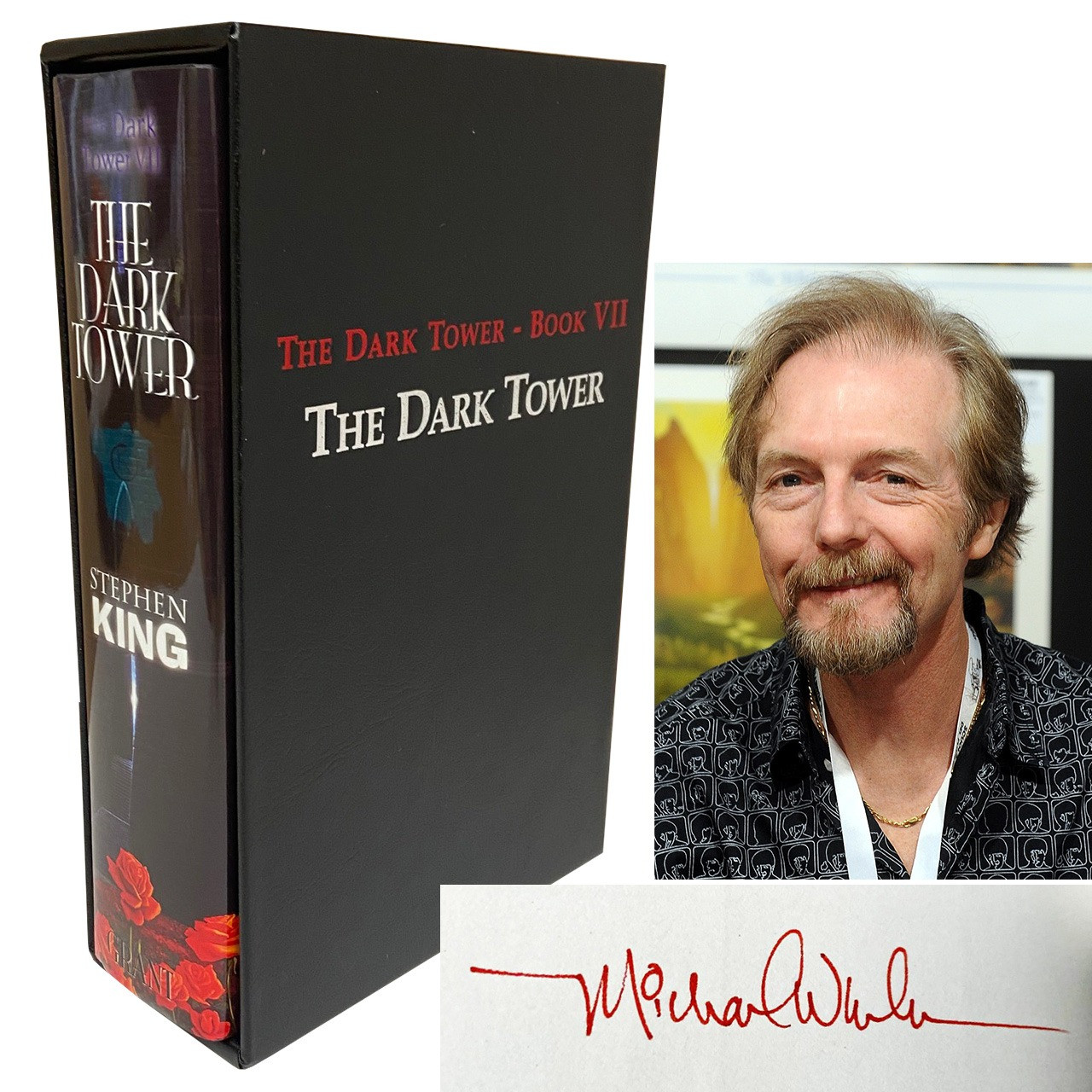 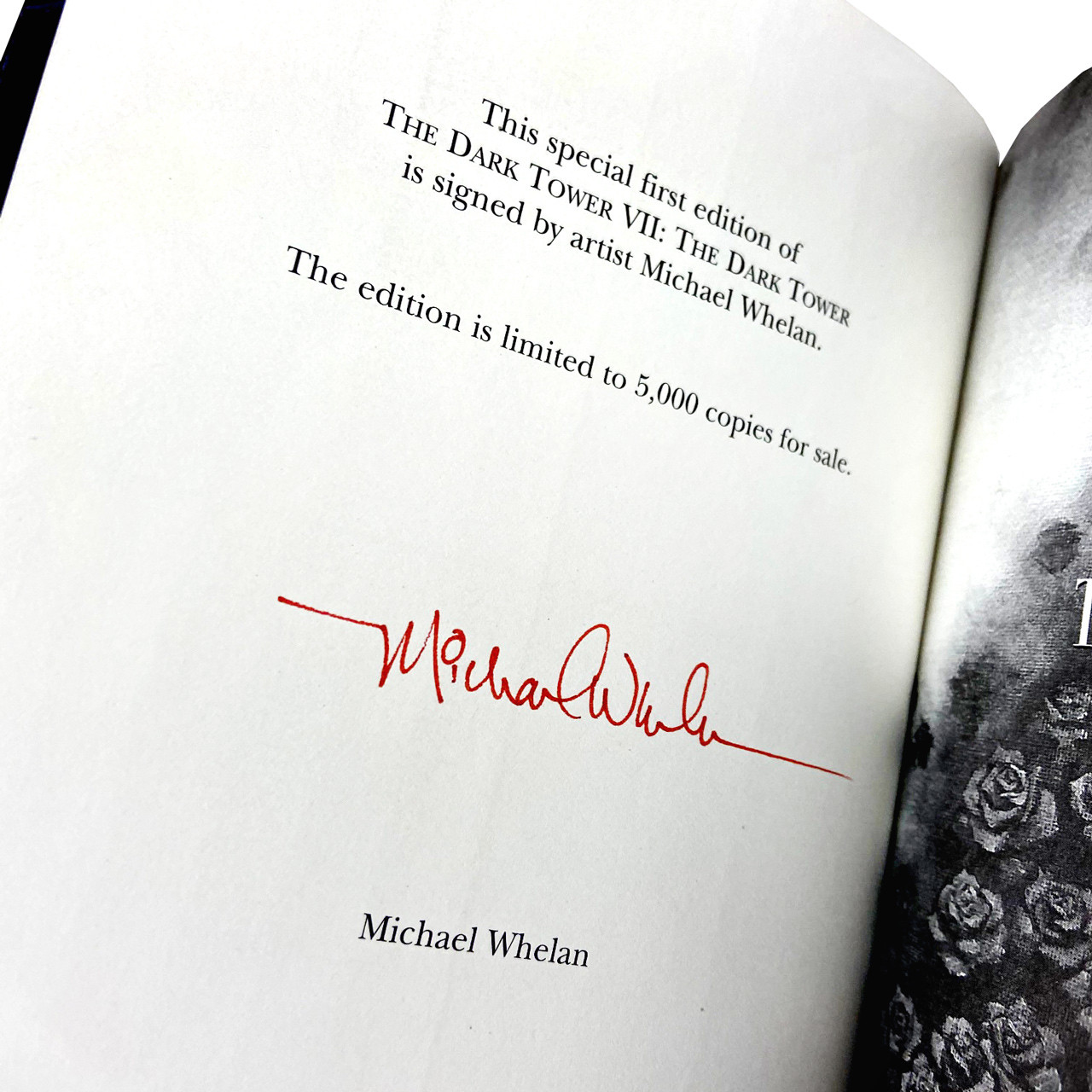 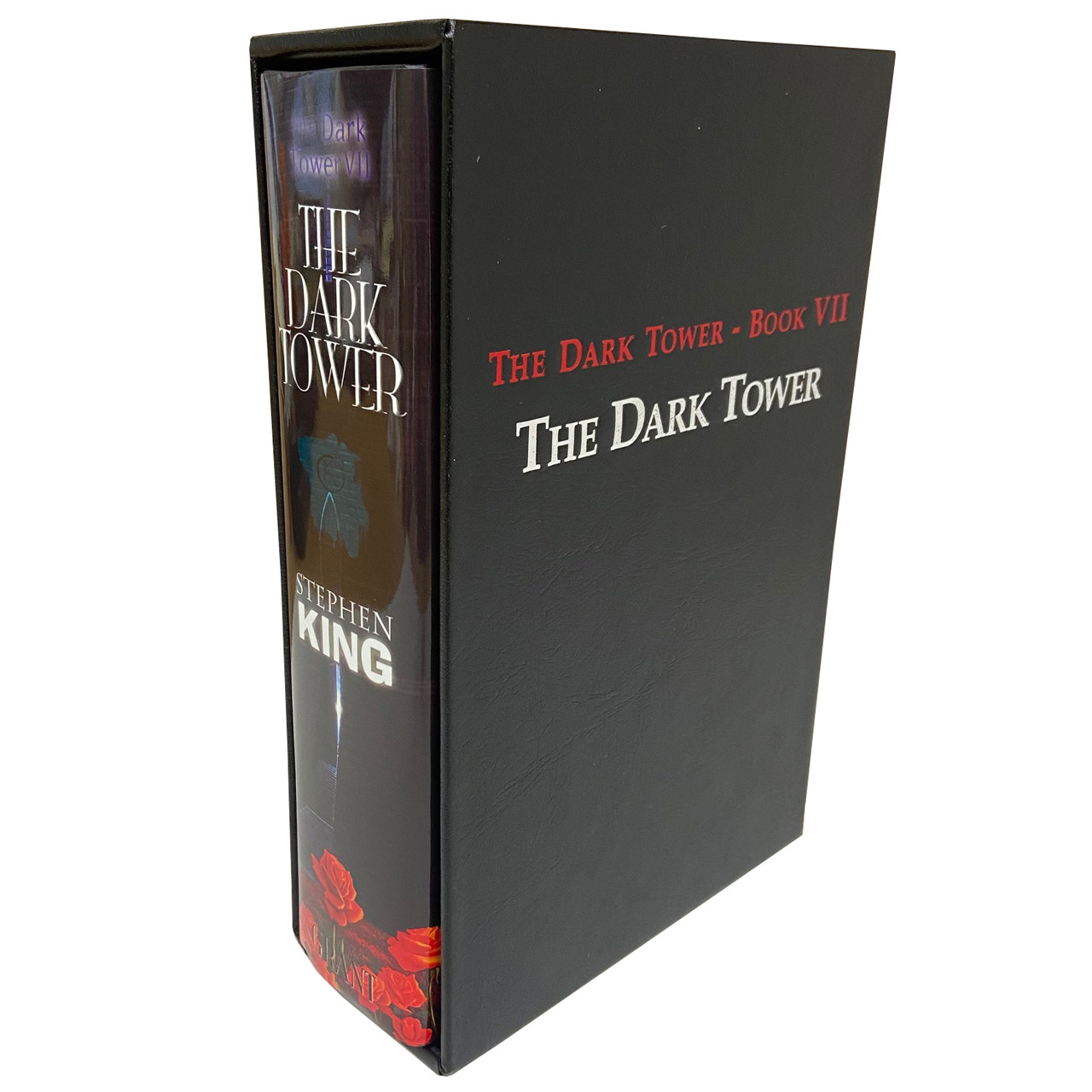 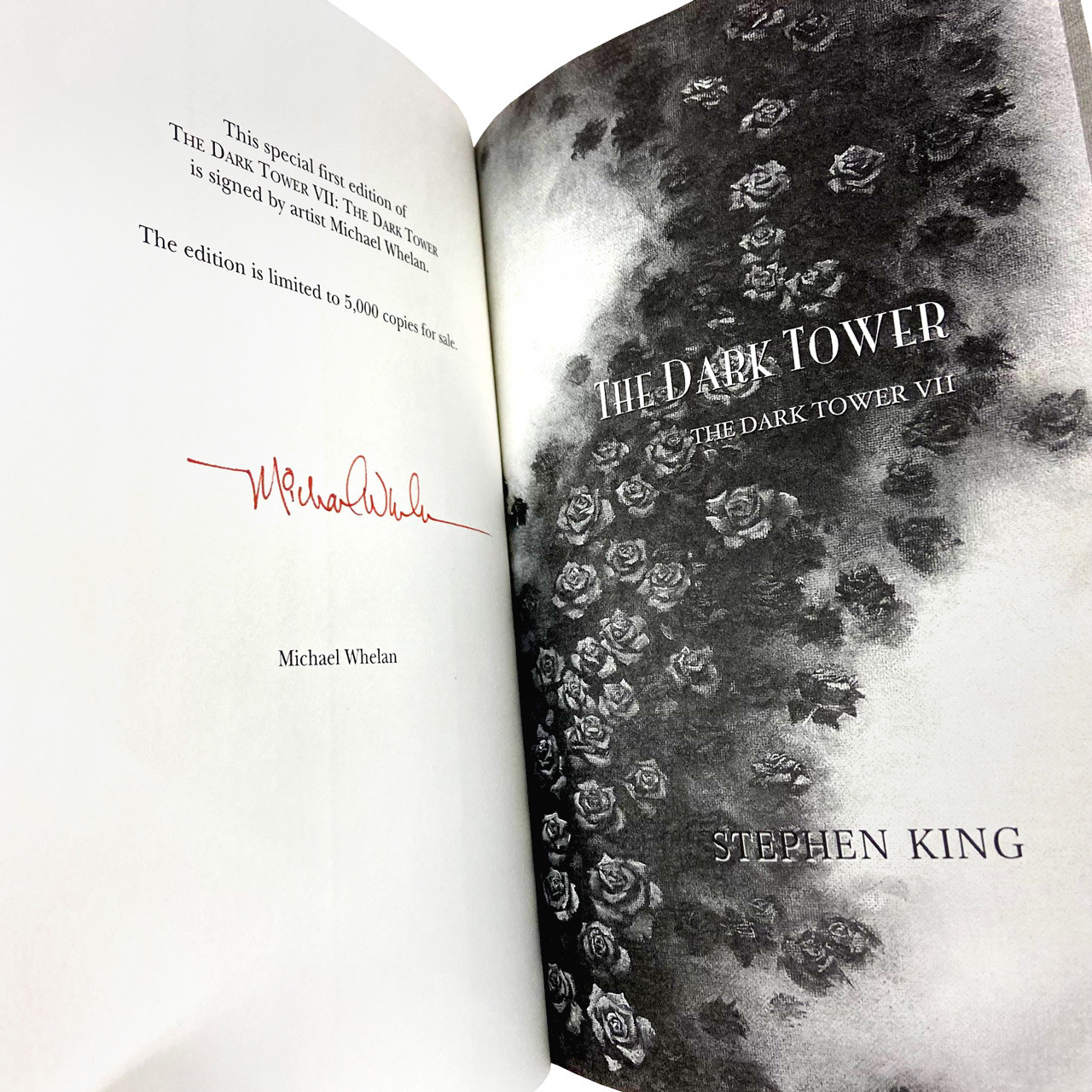 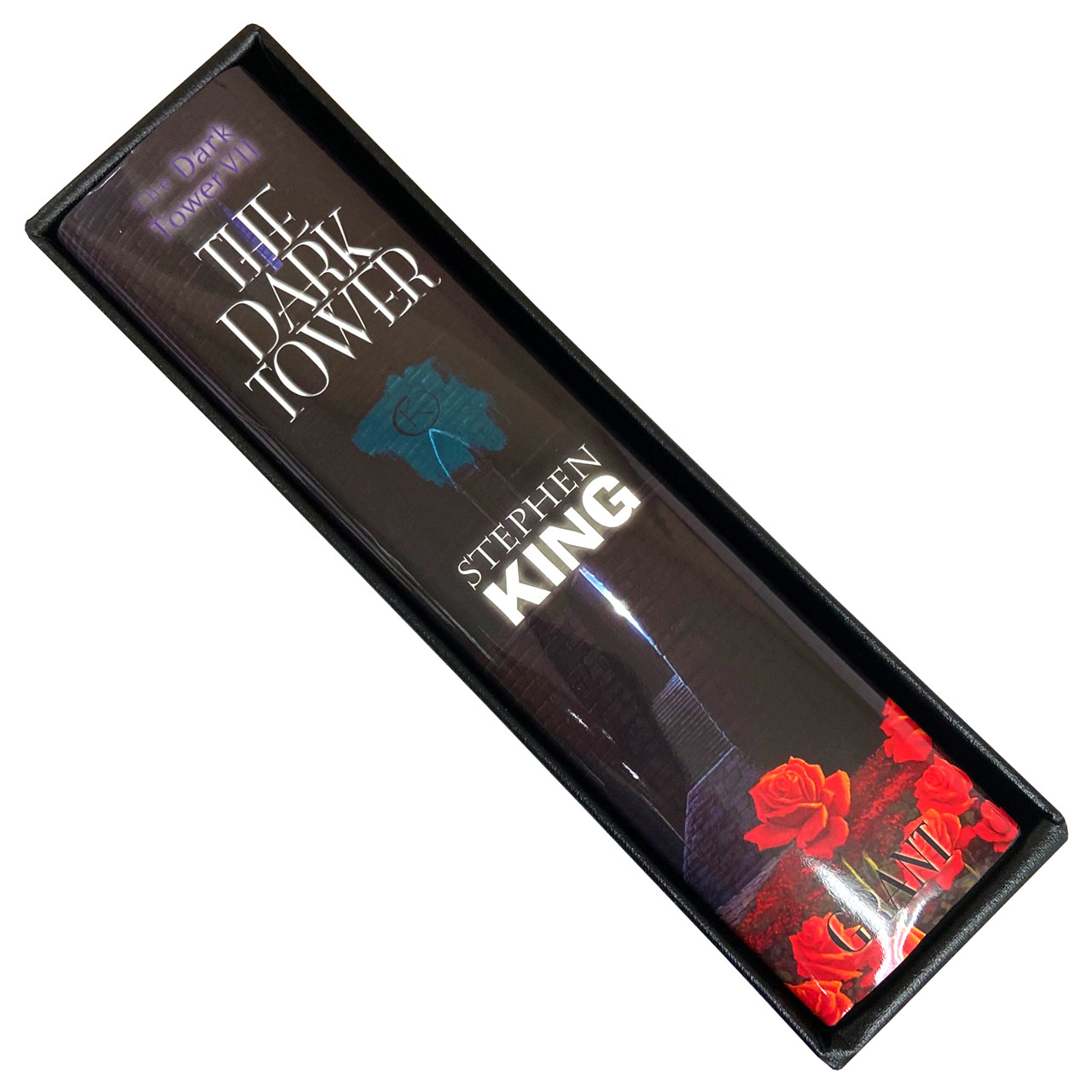 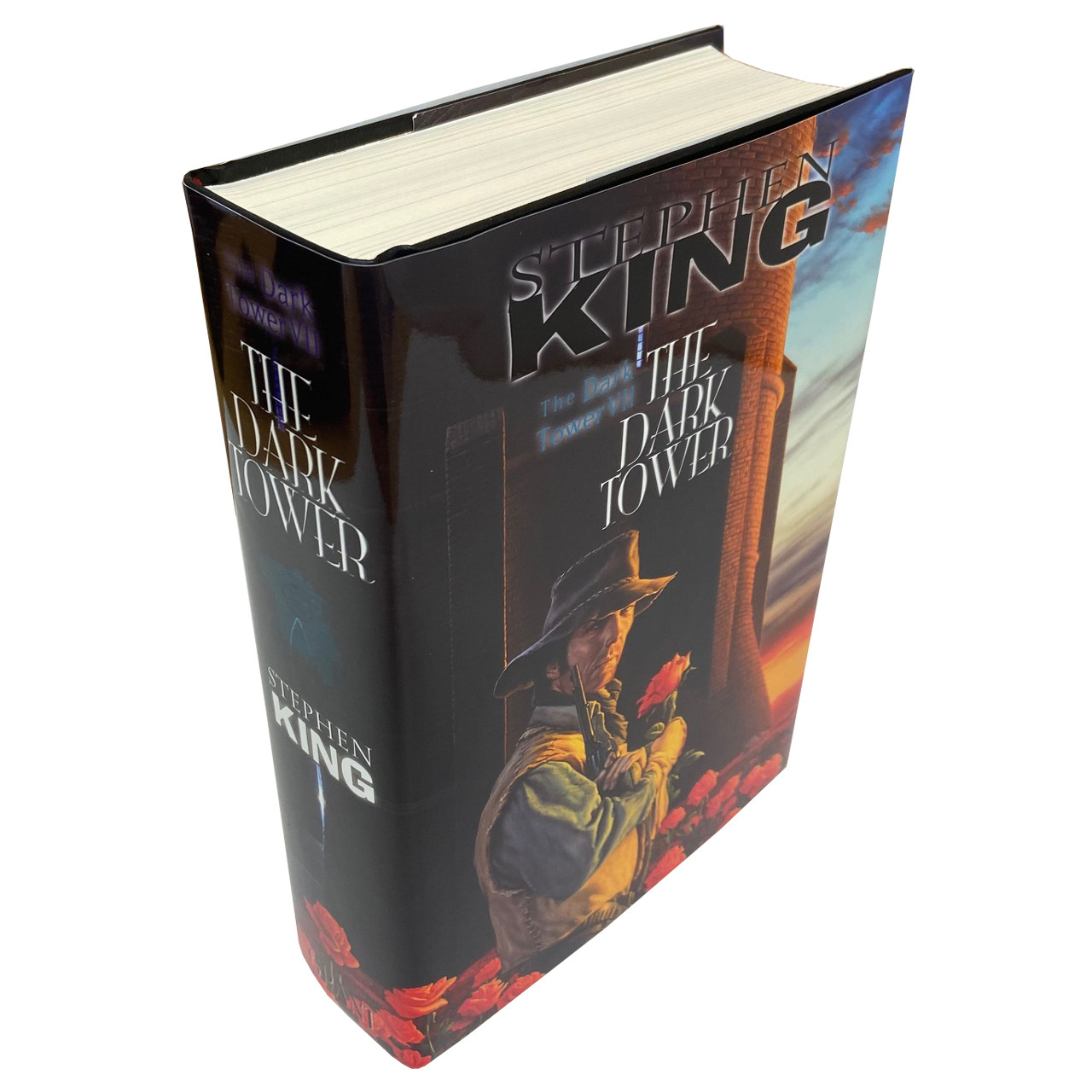 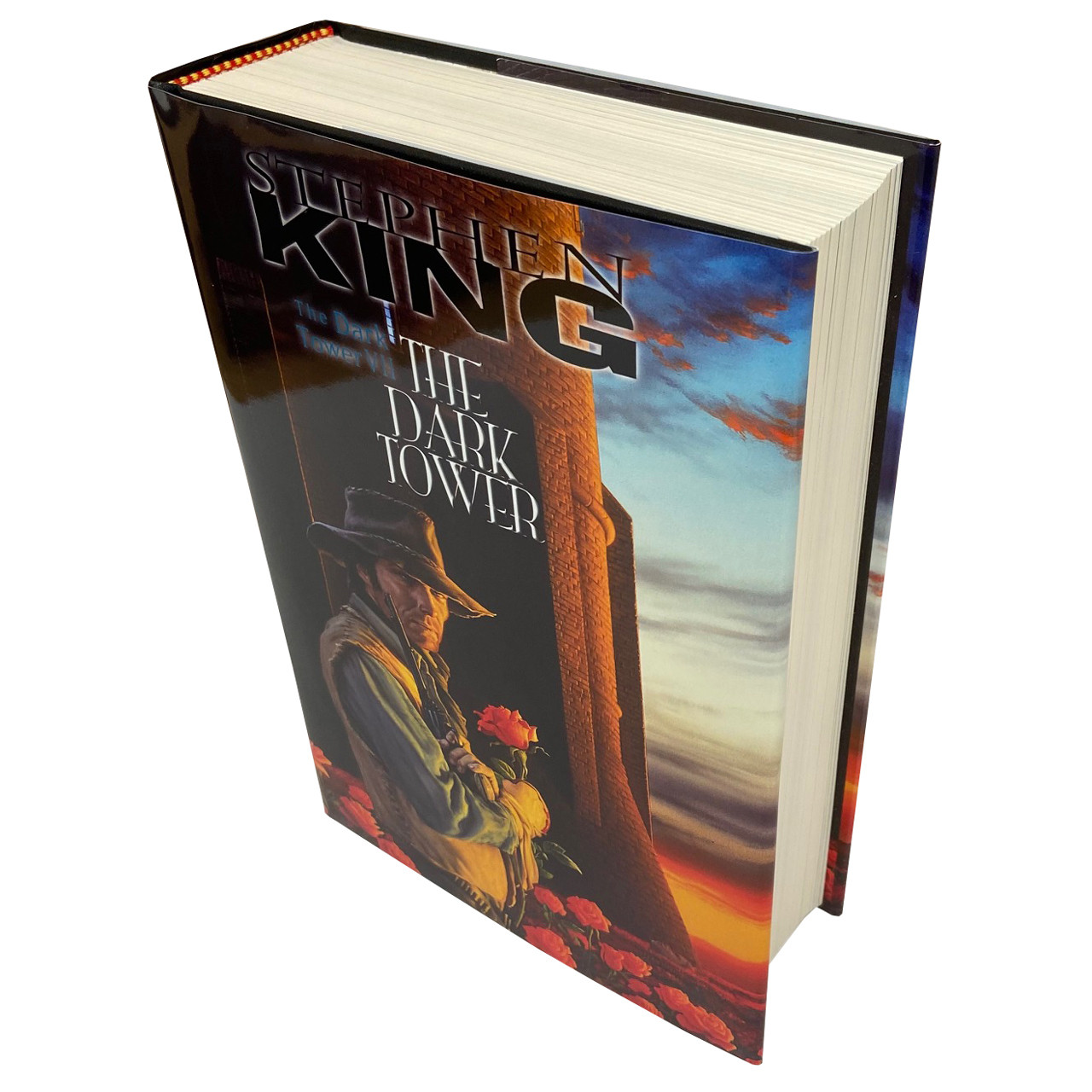 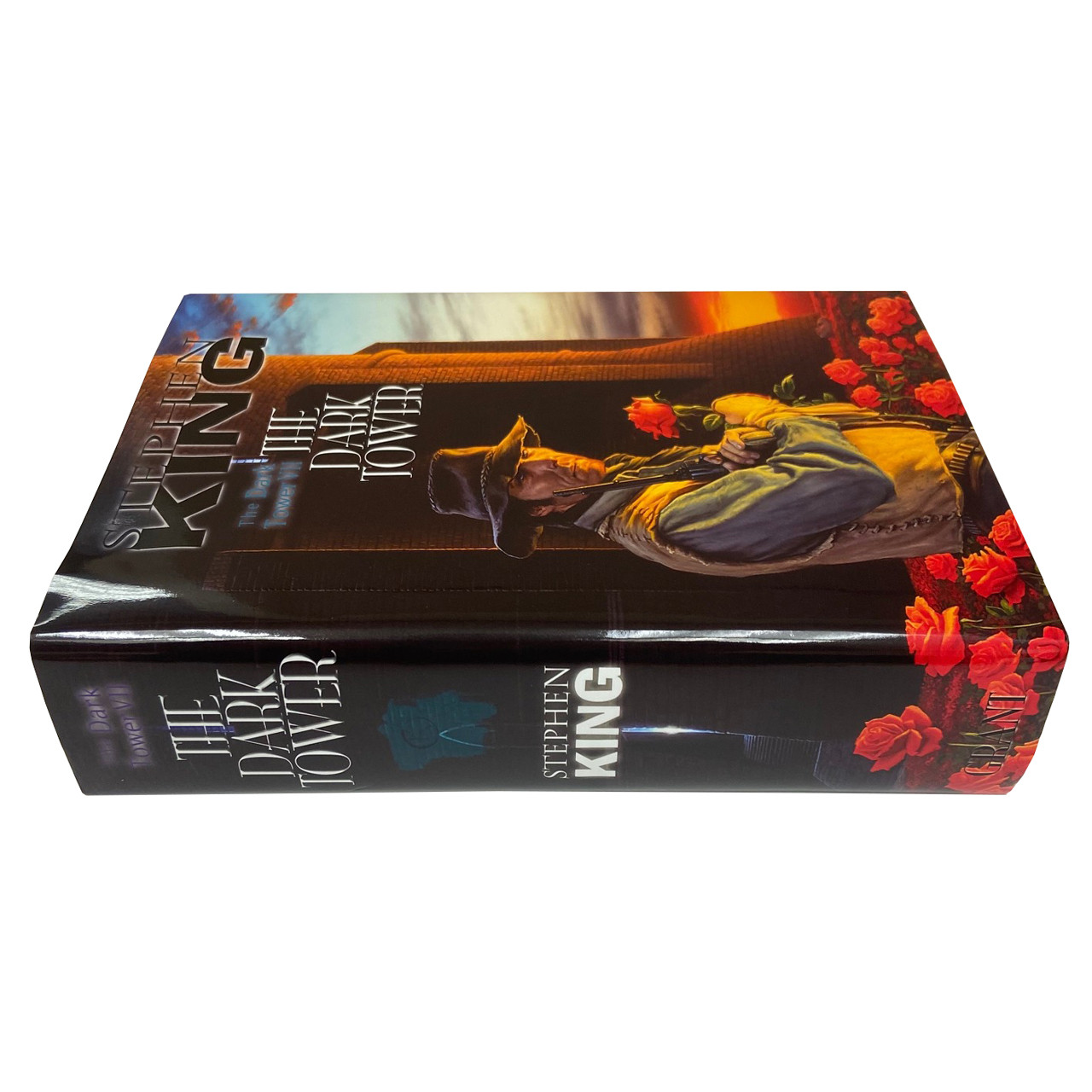 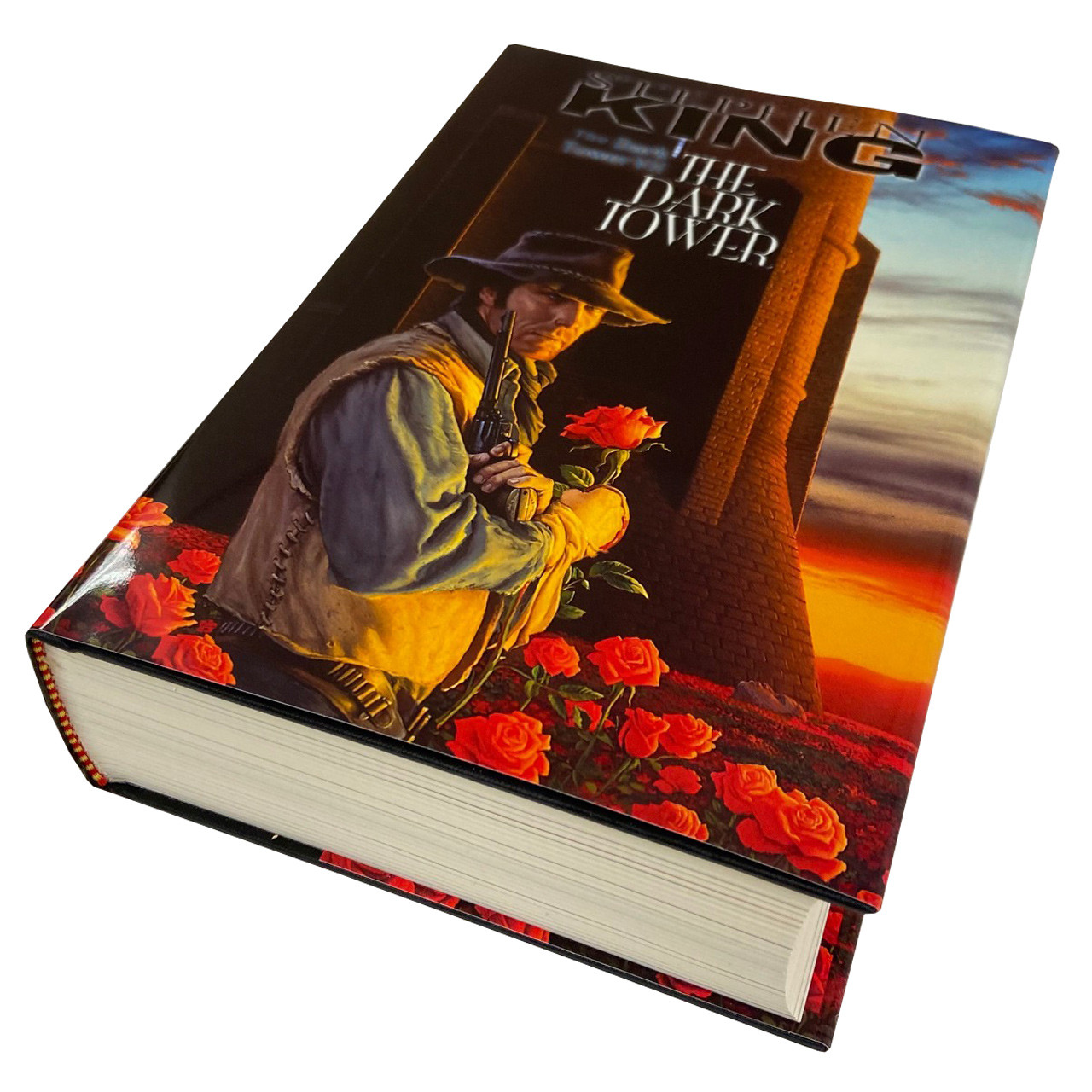 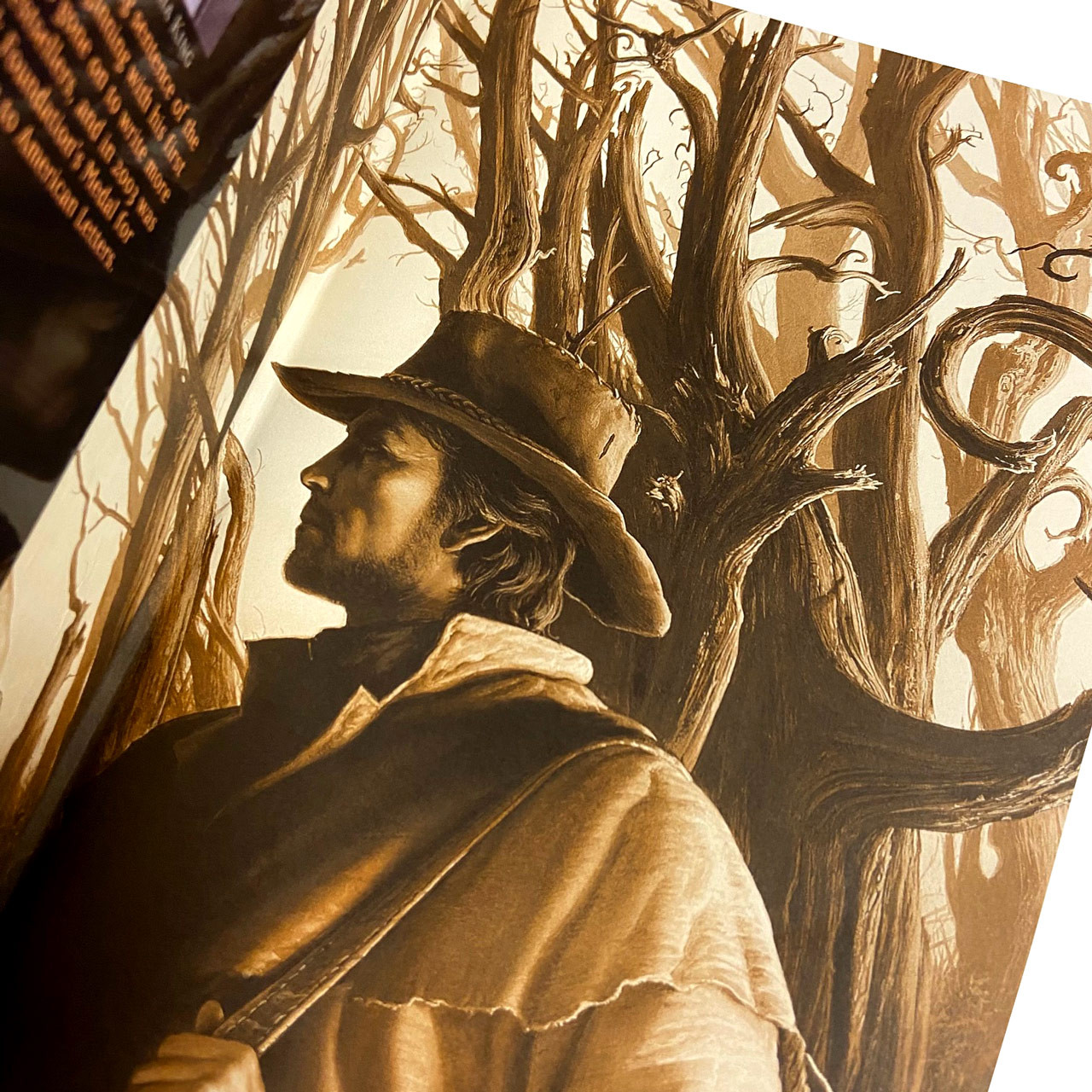 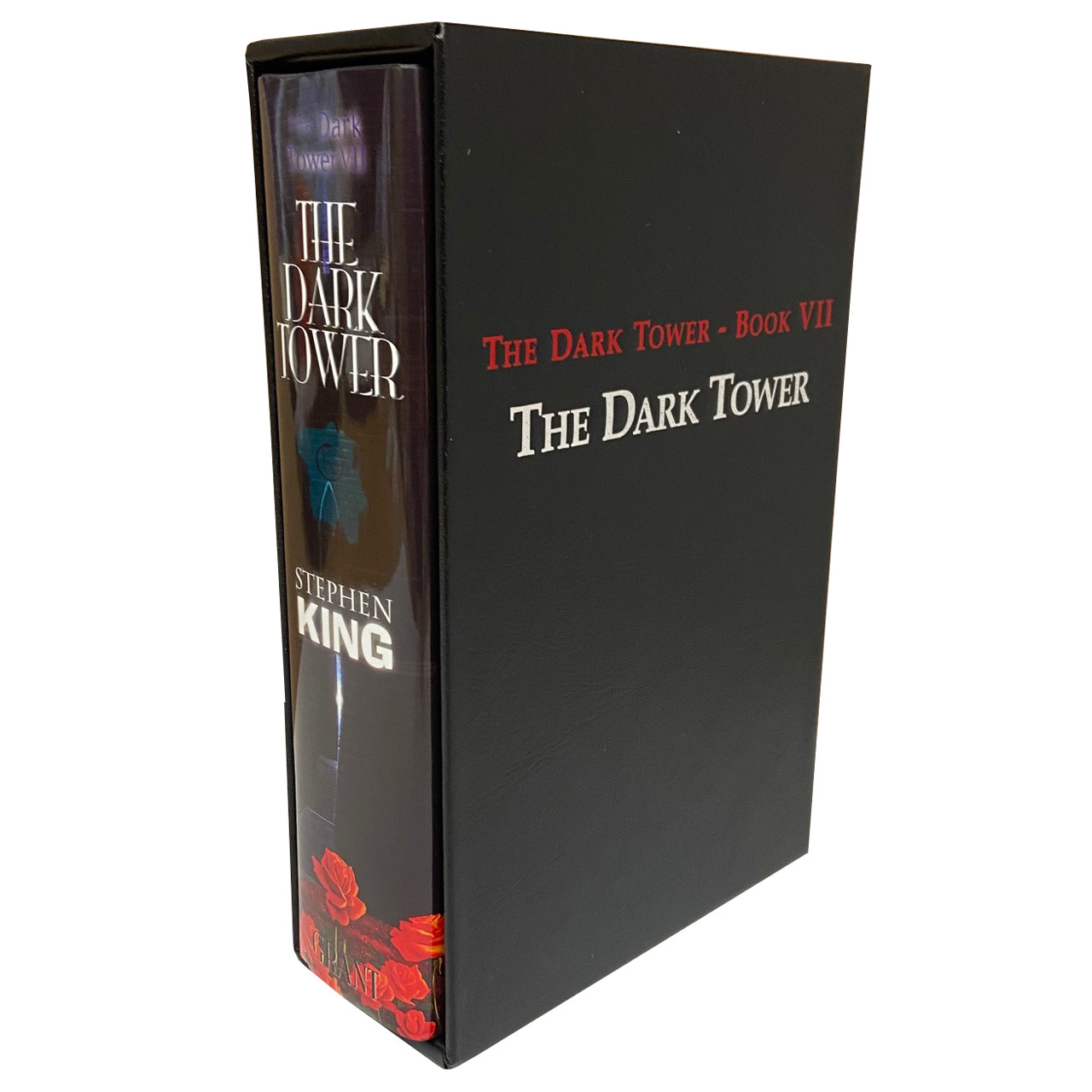 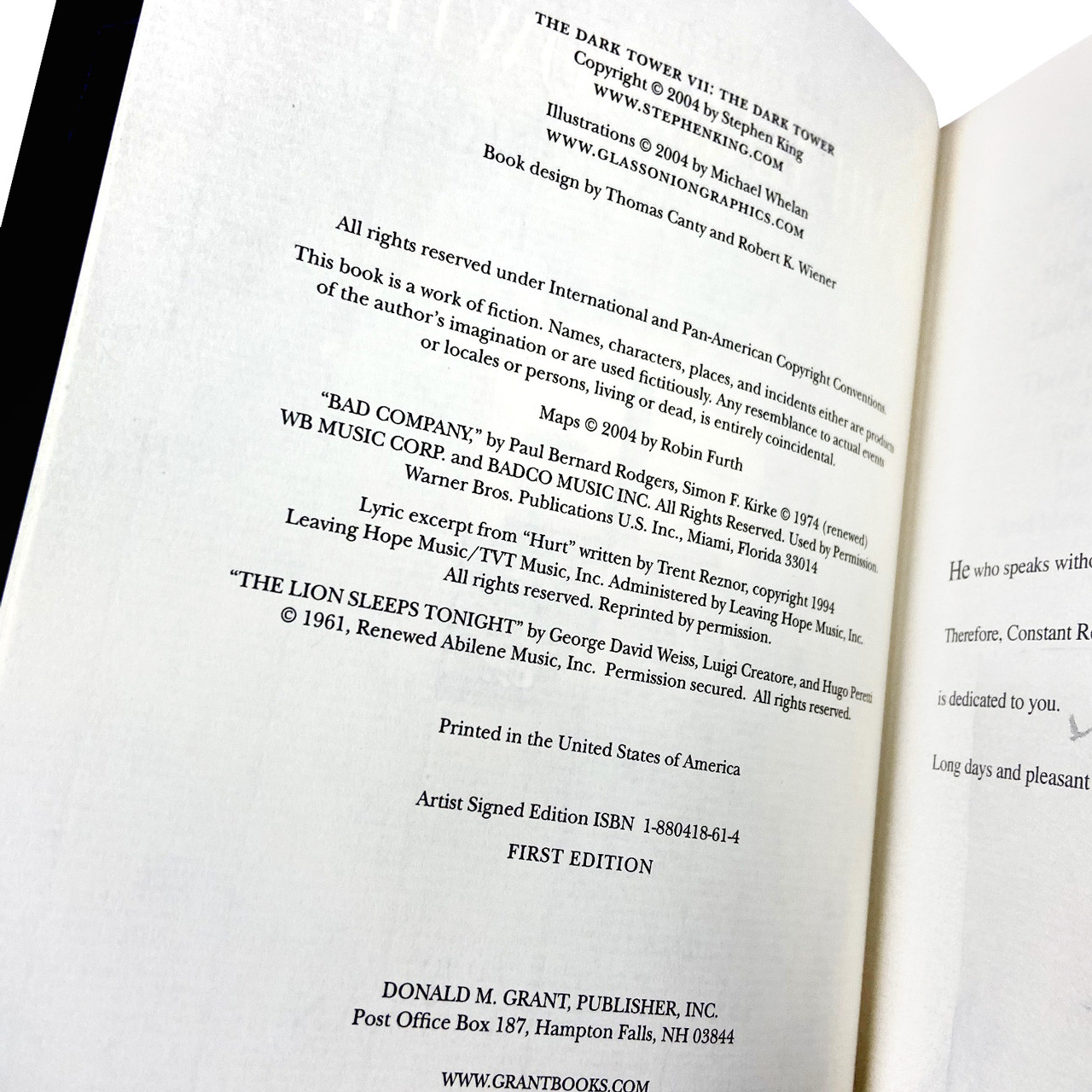 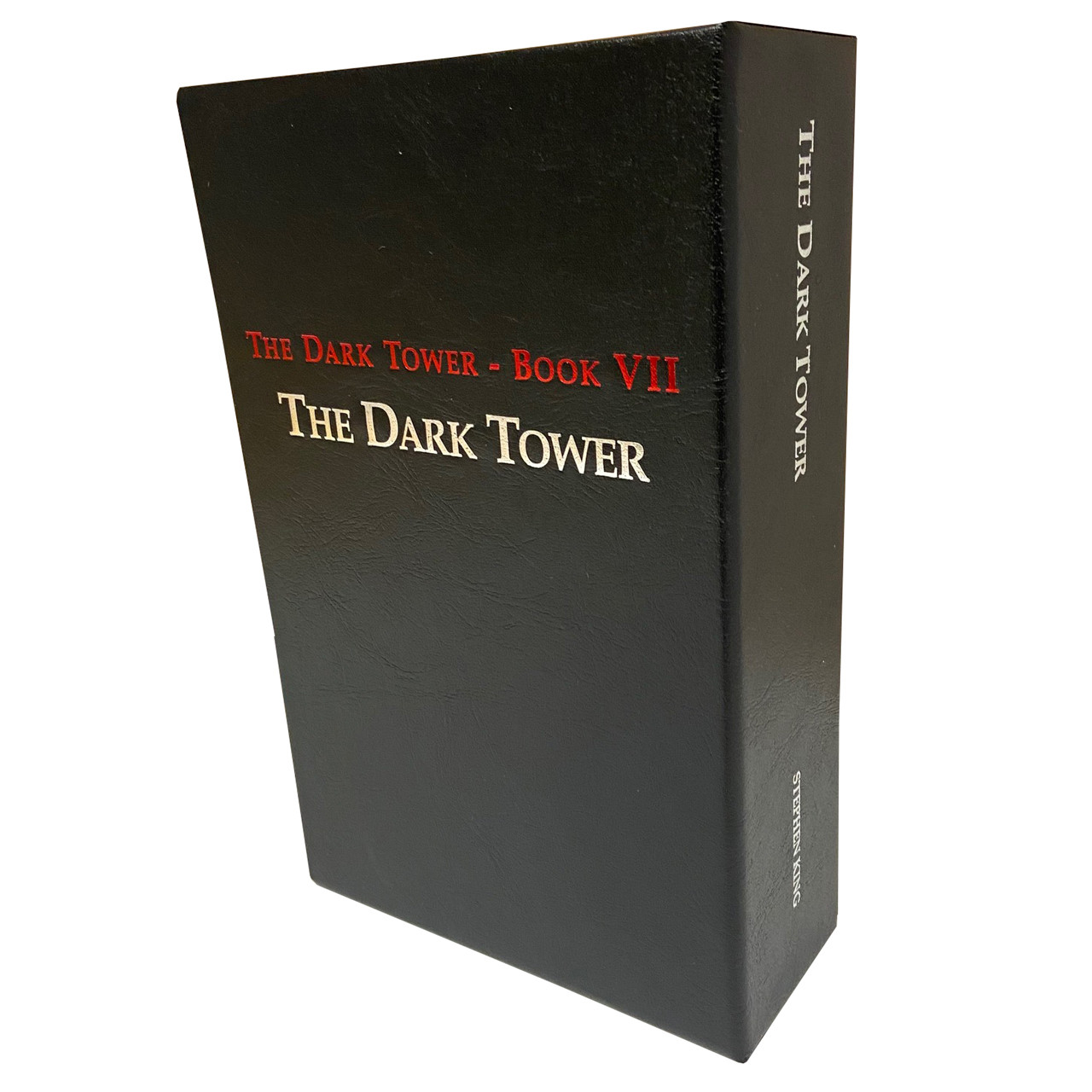 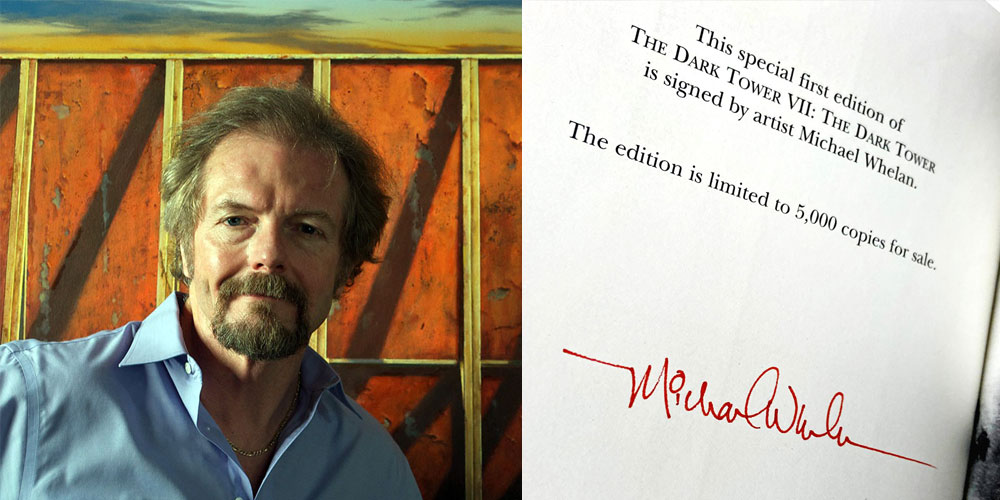 Donald M. Grant Publihers 2004. Stephen King "The Dark Tower VII: The Dark Tower" Signed Artist Edition. Limited to 5,000 copies. Pesonally signed by the artist, Michael Whelan, in red ink. This copy features Smyth sewn binding which is of higher quality than the regular trade edition Full number line as required for a first printing. This edition is not numbered.  Fine/Fine in a Fine slipcase.

A valuable addition for your Stephen King library. This would also make a wonderful unique gift.

Creating "true narrative magic" (The Washington Post) at every revelatory turn, Stephen King surpasses all expectation in the stunning final volume of his seven-part epic masterwork. Entwining stories and worlds from a vast and complex canvas, here is the conclusion readers have long awaited—breathtakingly imaginative, boldly visionary, and wholly entertaining.

Roland Deschain and his ka-tet have journeyed together and apart, scattered far and wide across multilayered worlds of wheres and whens. The destinies of Roland, Susannah, Jake, Father Callahan, Oy, and Eddie are bound in the Dark Tower itself, which now pulls them ever closer to their own endings and beginnings...and into a maelstrom of emotion, violence, and discovery.

About The Dark Tower books

Michael Whelan is an American artist of imaginative realism. For more than 30 years, he worked as an illustrator, specializing in science fiction and fantasy cover art. Since the mid-1990s, he has pursued a fine art career, selling non-commissioned paintings through galleries in the United States and through his website.

The Science Fiction Hall of Fame inducted Whelan in June 2009, the first living artist so honored. 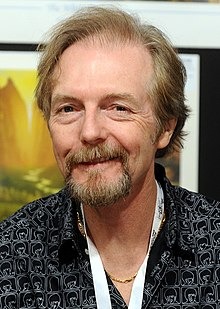 Very Fine. A wonderful bright clean copy with straight boards and free of markings, writings, or stamps. No attached bookplates or indication of any removed. A well-cared for book, protected from any potential damage. This edition stands out as having had exemplary care. Square and tight spine. Not price-clipped. The dust-jacket is now protected in a new Mylar acid-free sleeve.