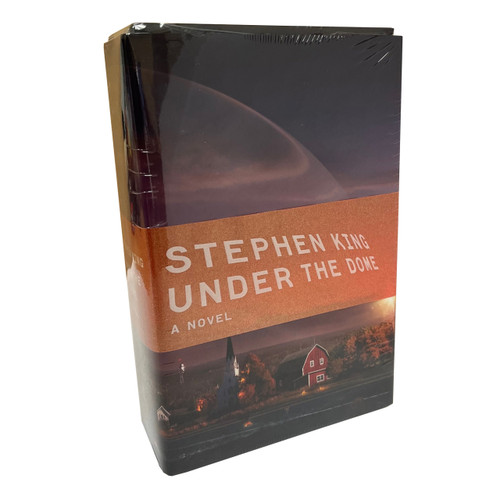 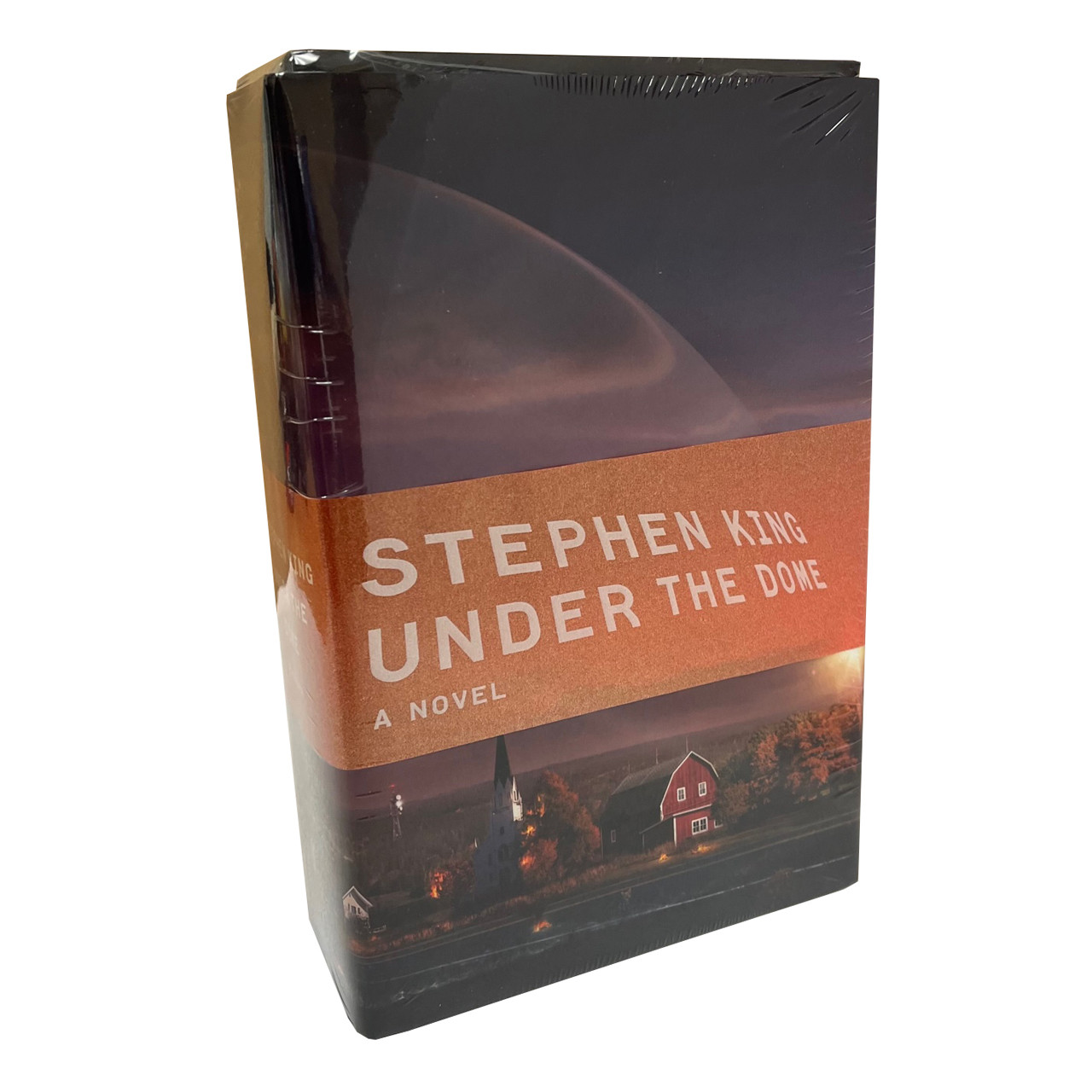 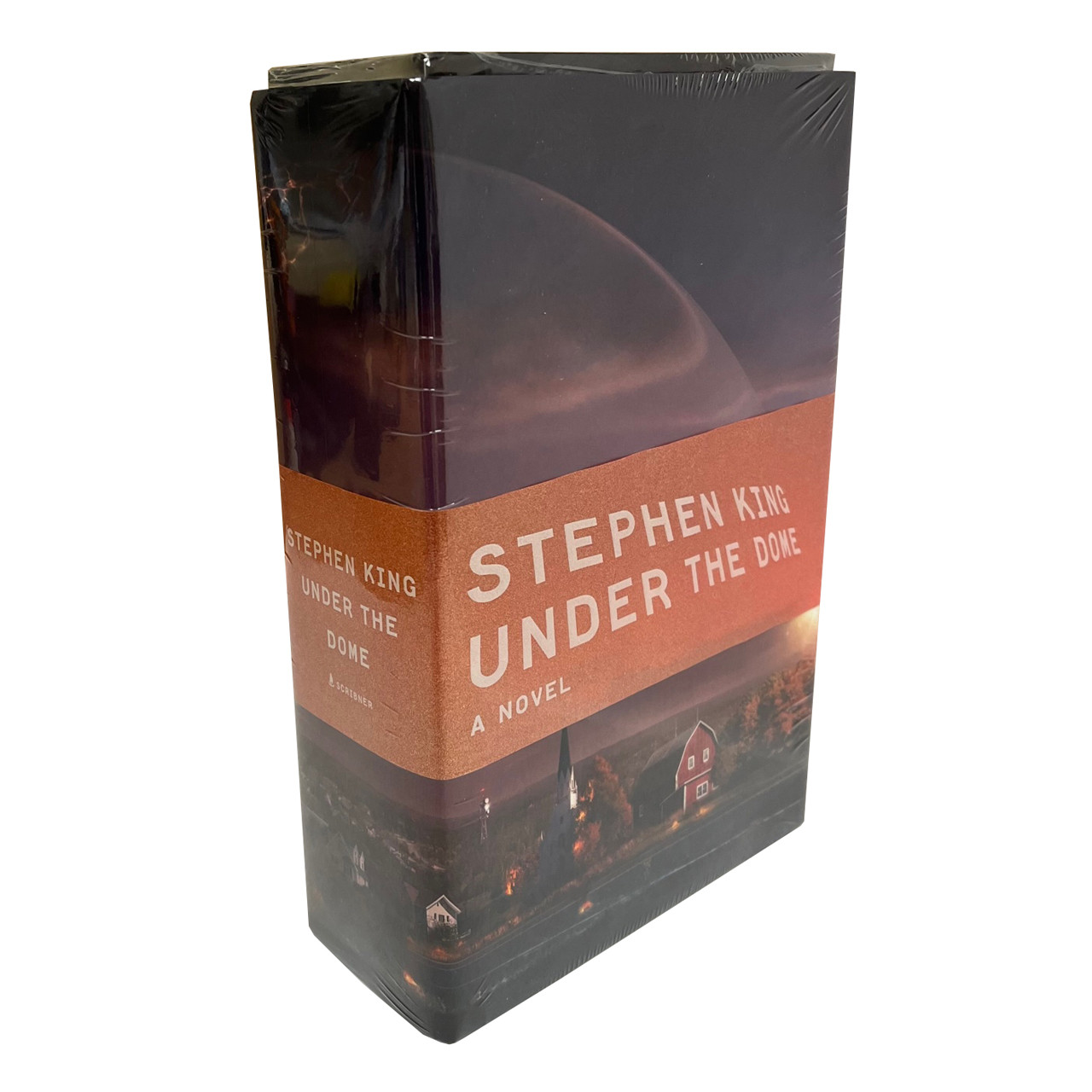 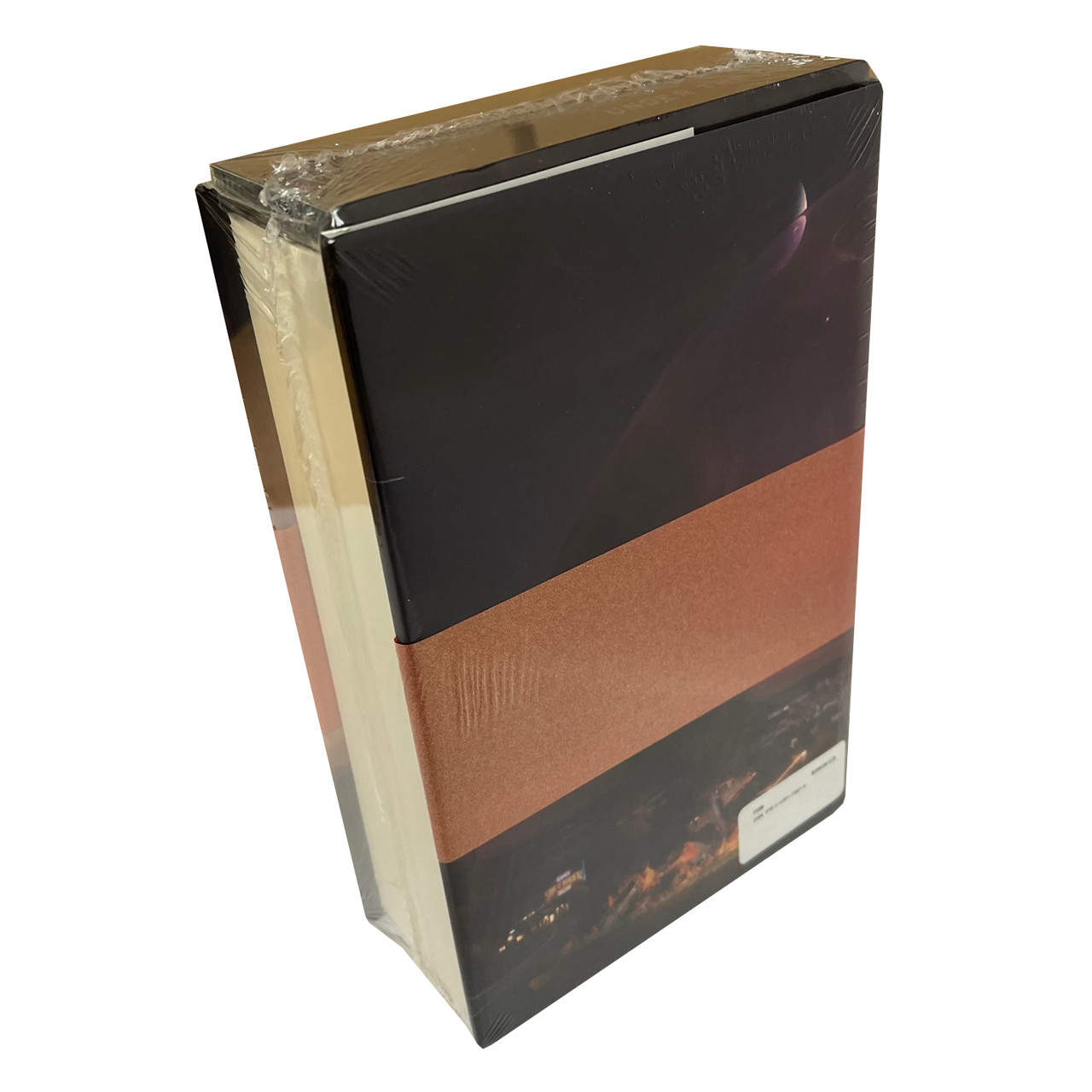 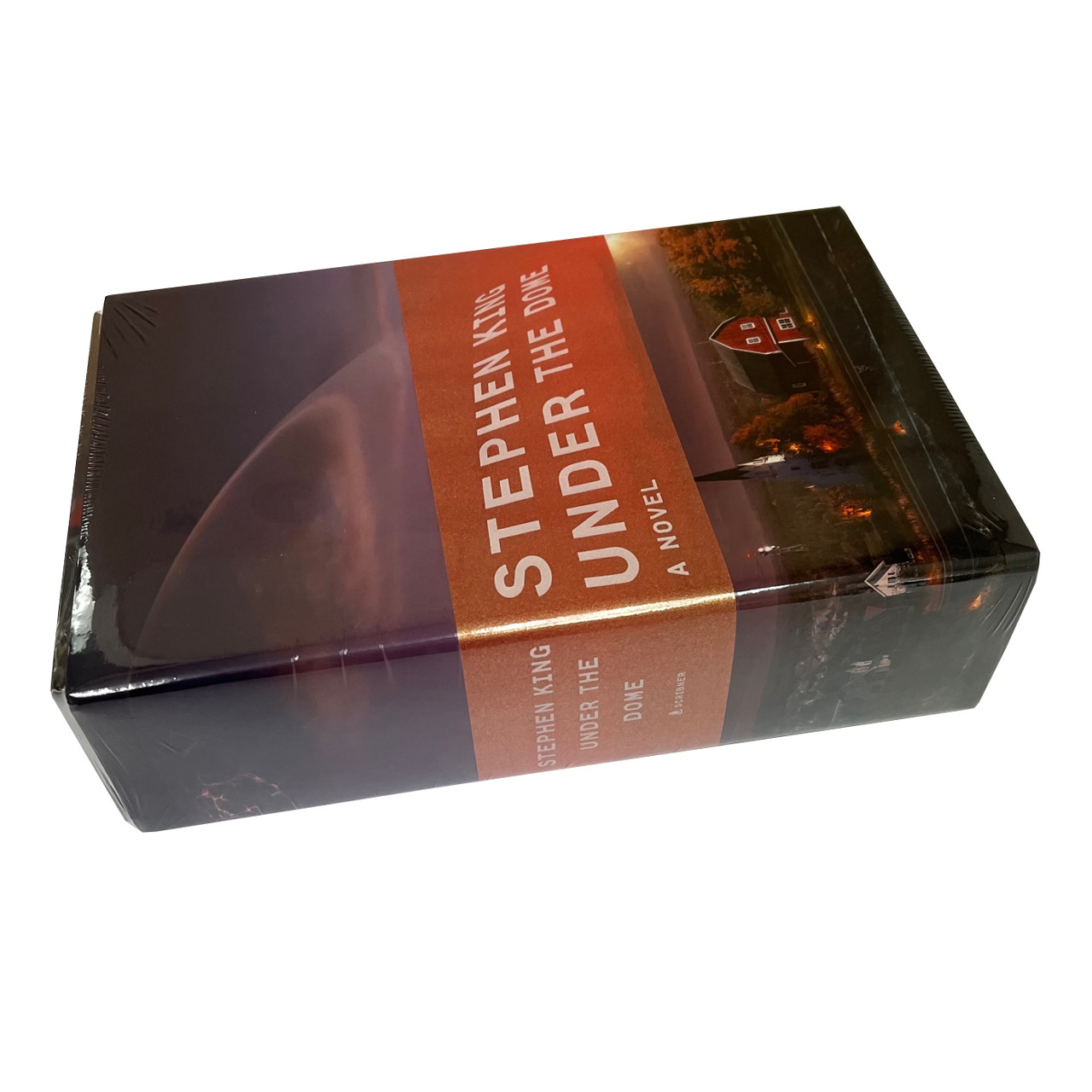 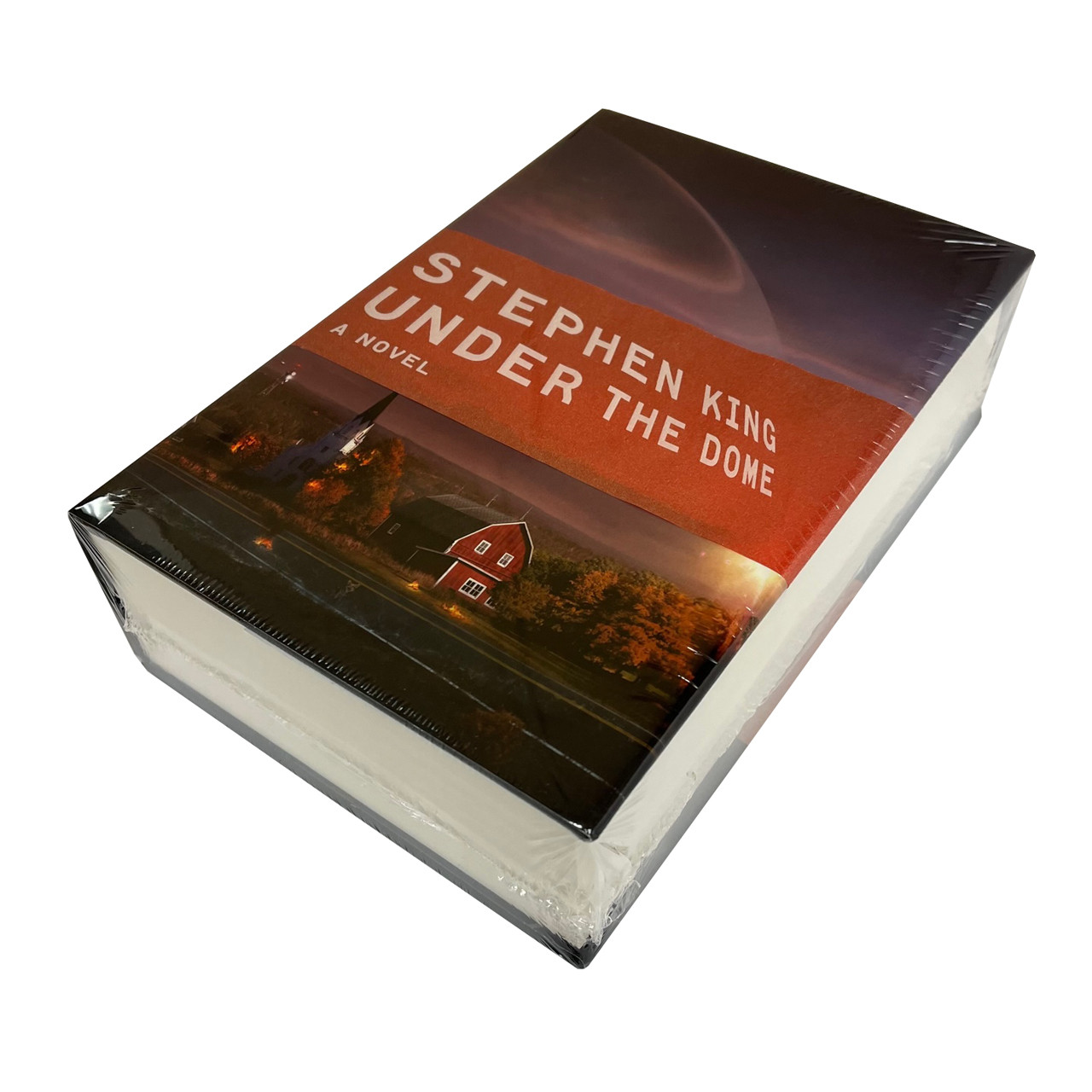 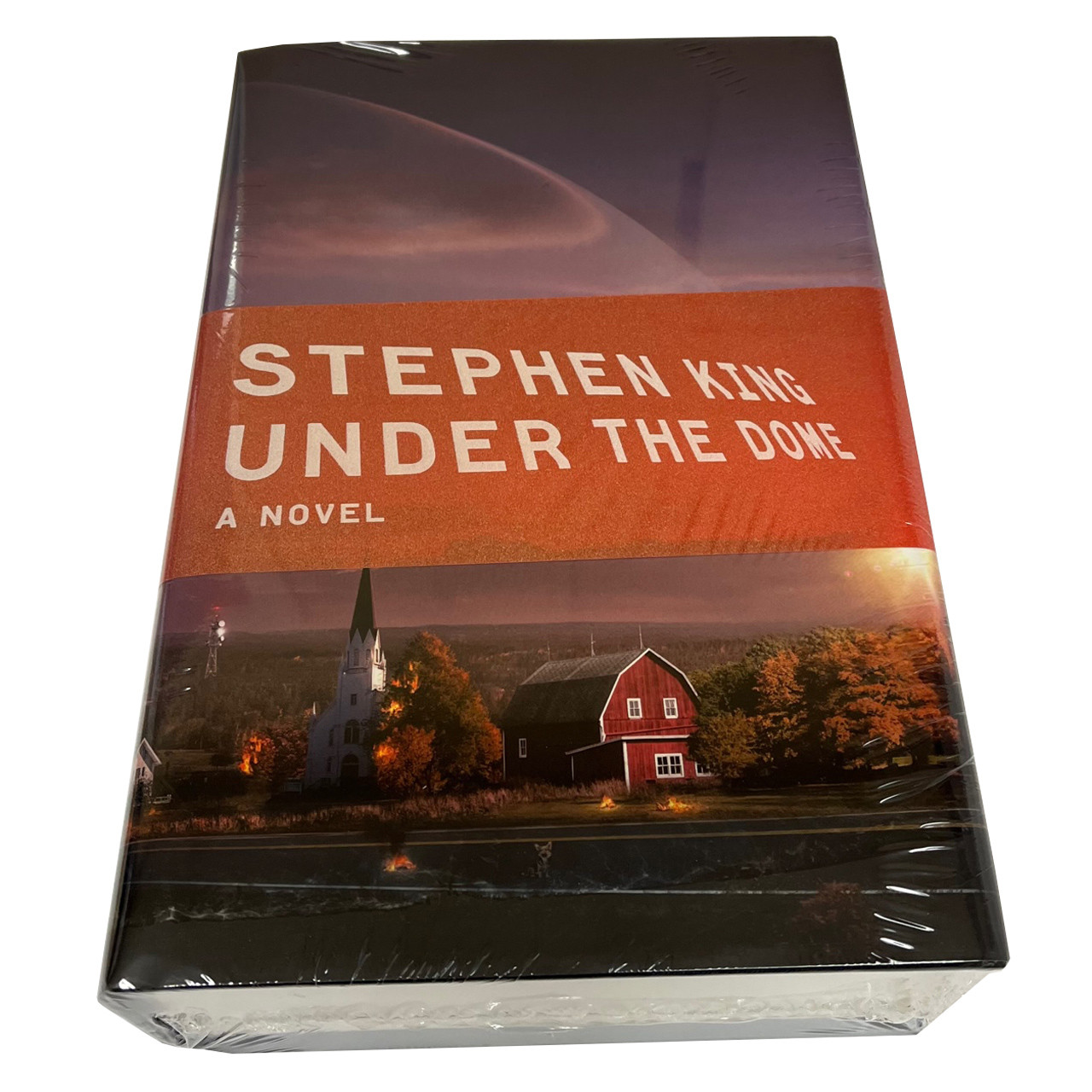 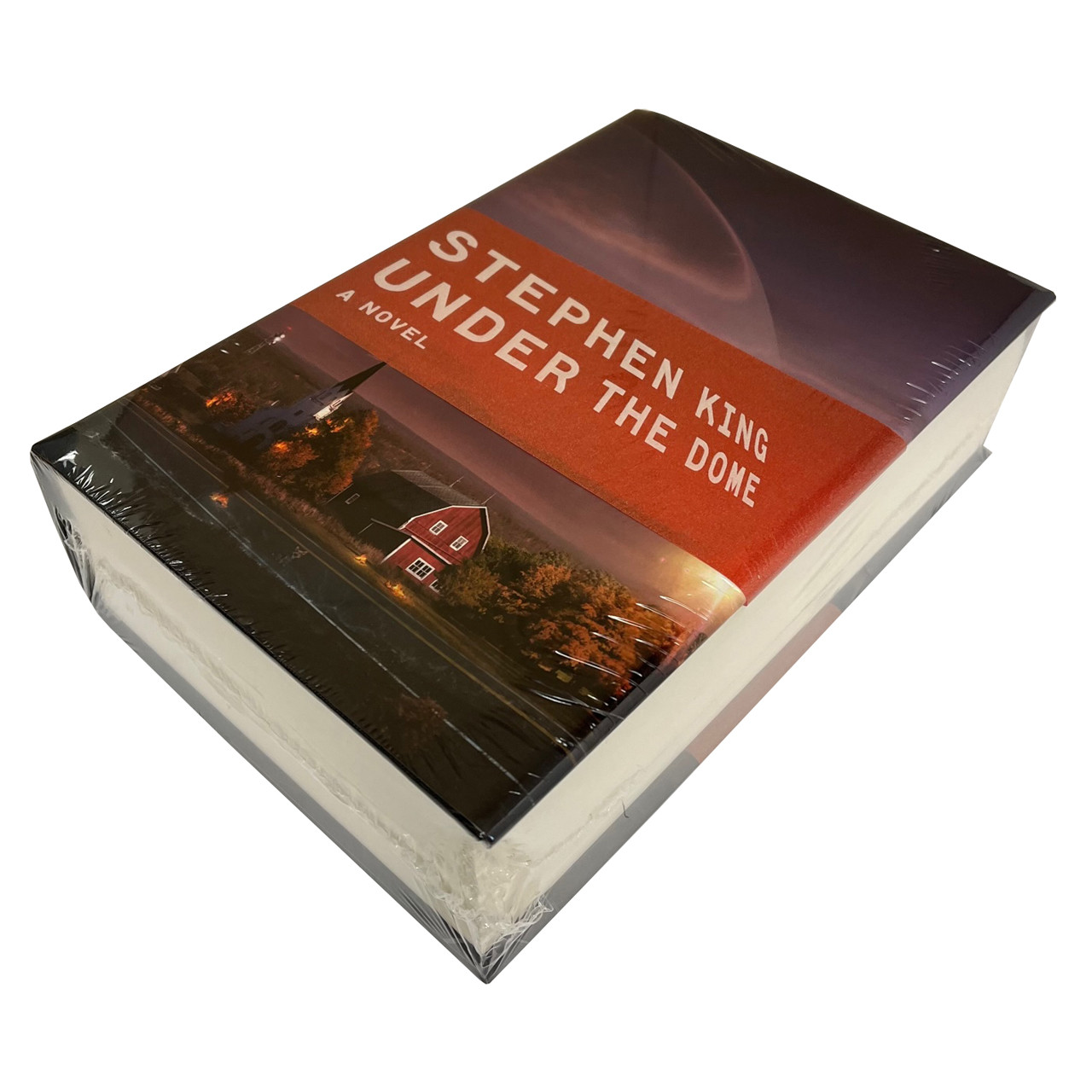 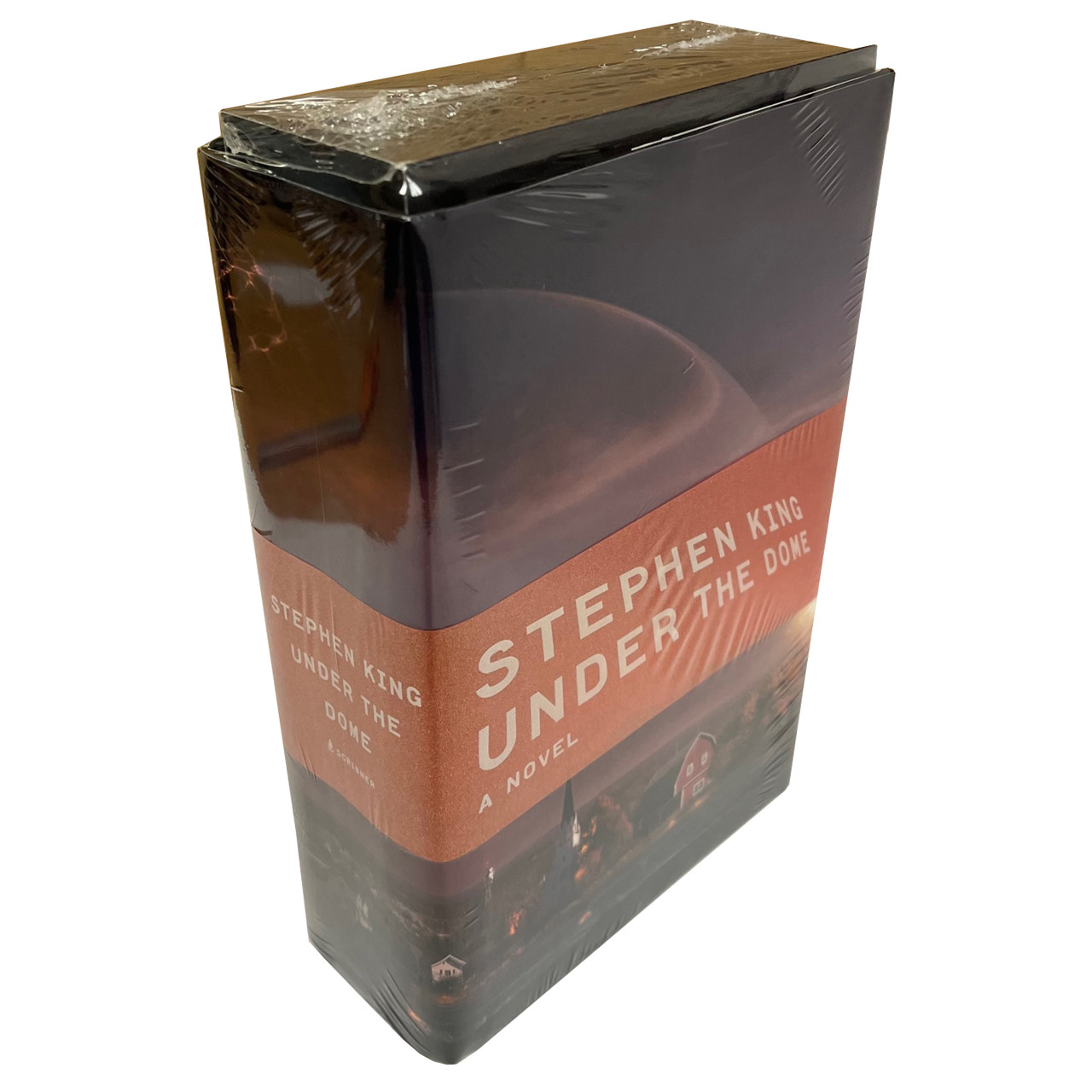 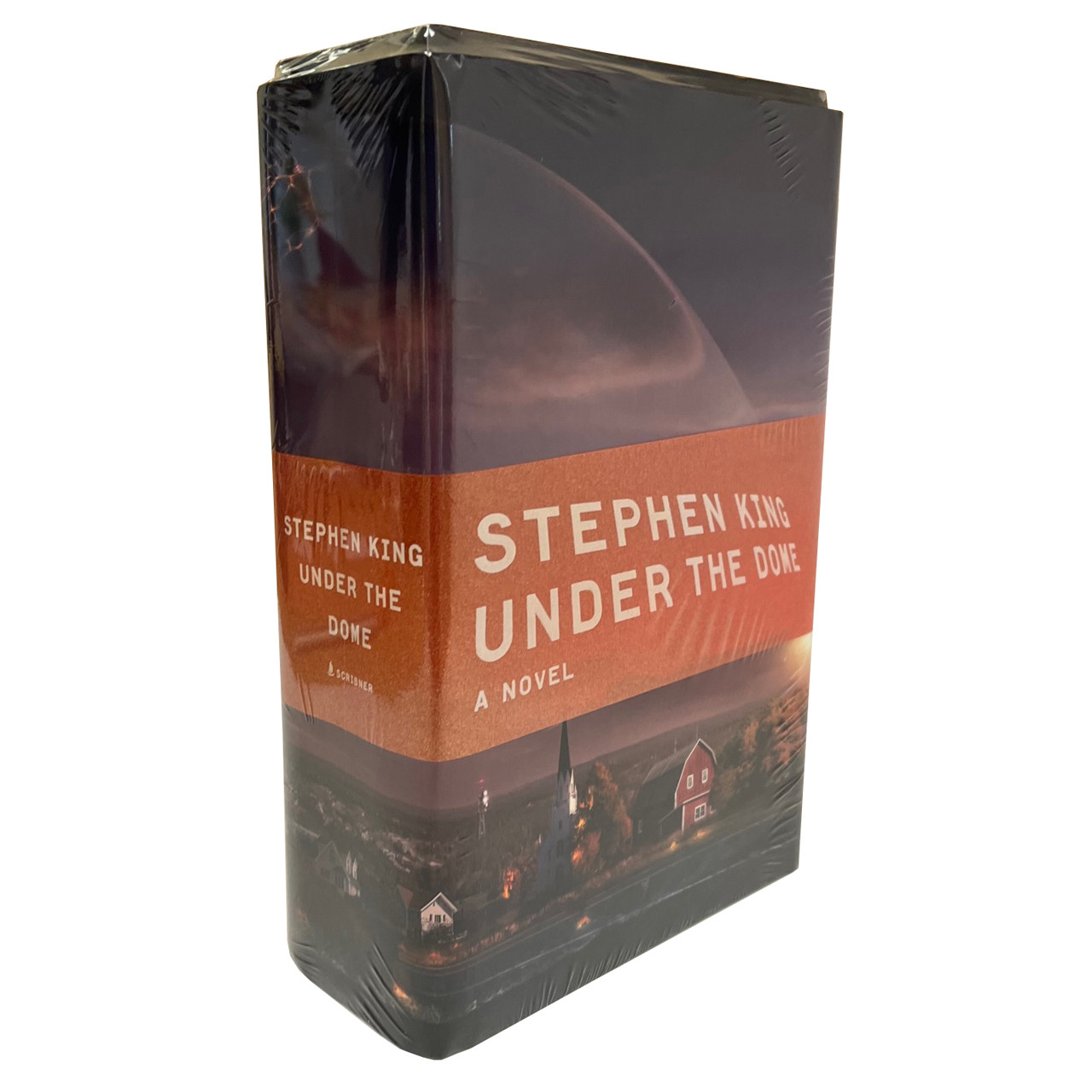 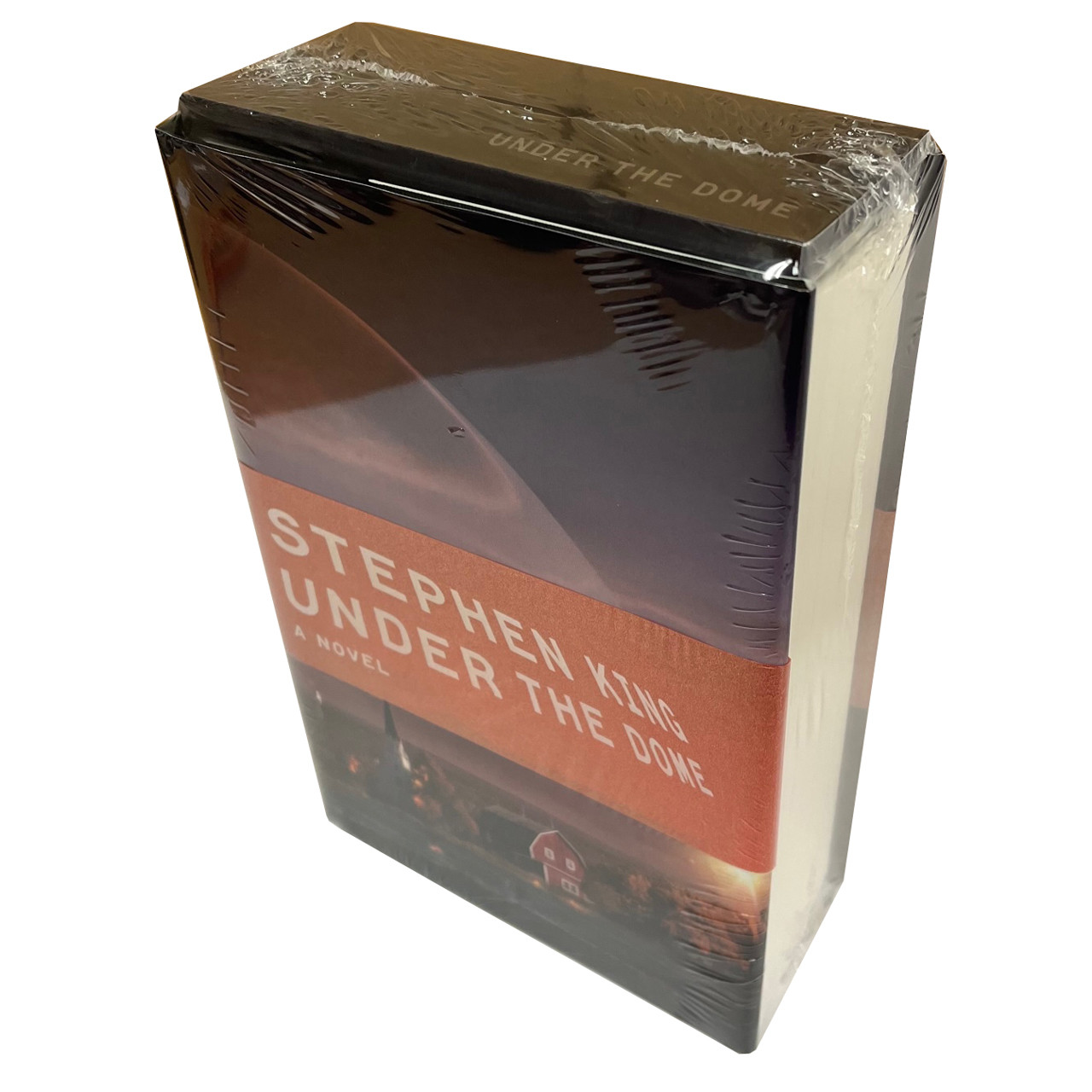 COLLECTOR'S SET - SIGNED LIMITED EDITION OF ONLY 1,500 WITH CUSTOM MADE DESIGNER SLIPCASE 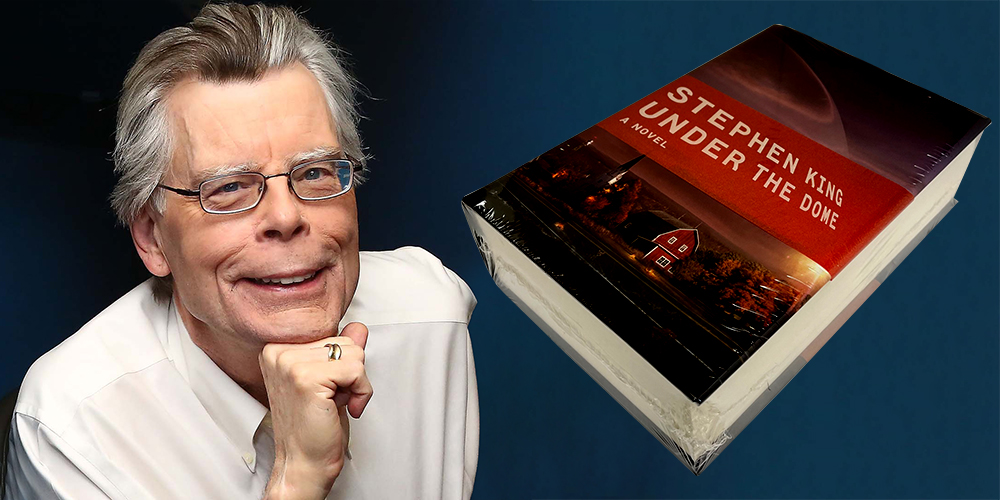 Simon & Schuster 2009. Stephen King "Under The Dome" Signed Limited edition of 1,500 copies signed by Stephen King. Complete with a belly band, four-color printed endpapers, a ribbon marker, and will contain a set of 27 special trading cards featuring drawings of characters from the book (drawn by cartoonist Matthew Diffee). These drawings are featured in the book—as a frontispiece image and on the 26 part title pages.

This edition of Under the Dome, Stephen King's tour-de-force new novel about a Maine town suddenly cut off by an invisible, impenetrable Dome, has a belly band around the jacket, a stamped case, four-color printed endpapers, 27 part title illustrations of characters in the book drawn by renowned New Yorker cartoonist Matthew Diffee, and a ribbon maker.

Hardcover with dust-jacket, sealed in the original shrink-wrap by the publisher. Also includes 27 special trading cards.

Stephen Edwin King is an American writer of contemporary horror fiction, science fiction, fantasy literature, and screenplays. More than 350 million copies of King's novels and short story collections have been sold, and many of his stories have been adapted for film, television, and other media. King has written a number of books using the pen name Richard Bachman, and one short story, "The Fifth Quarter", as John Swithen. In 2003 the National Book Foundation awarded King the Medal for Distinguished Contribution to American Letters.

This signed limited edition include a custom made slipcase with room for the collector cards. Each slipcase is individually hand made from the highest quality materials using time honored traditional techniques. There are no acidic glues, resins, or epoxy mixes in their construction. Any paper and cloth products used are also acid free. 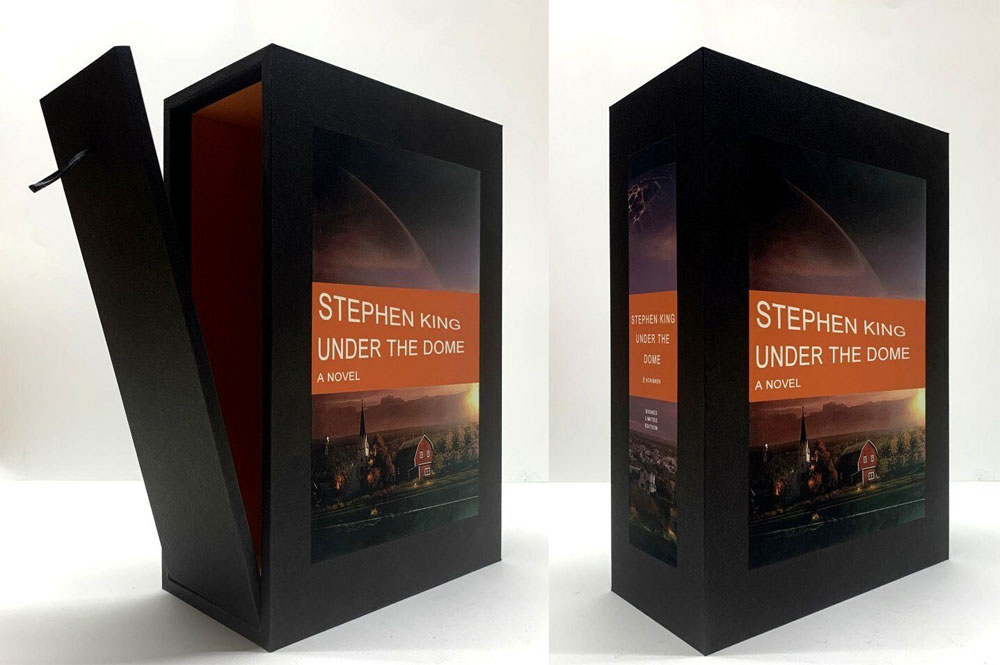 VERY FINE GUARANTEED. Sealed, as new in the original shrink-wrap. The condition is of the highest quality without any flaws. This title is now OUT OF PRINT from the publisher.