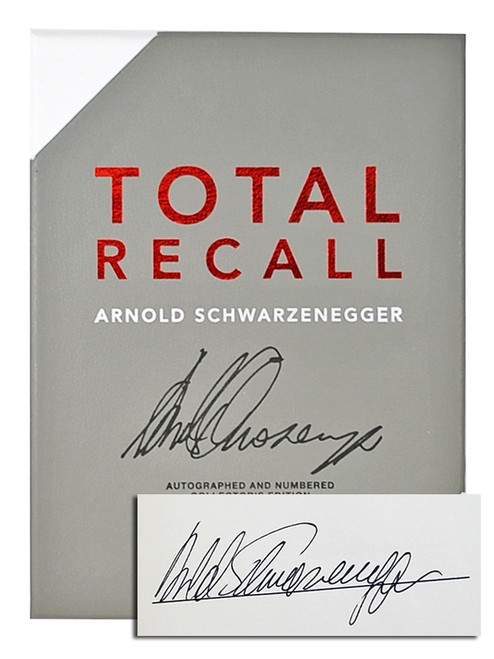 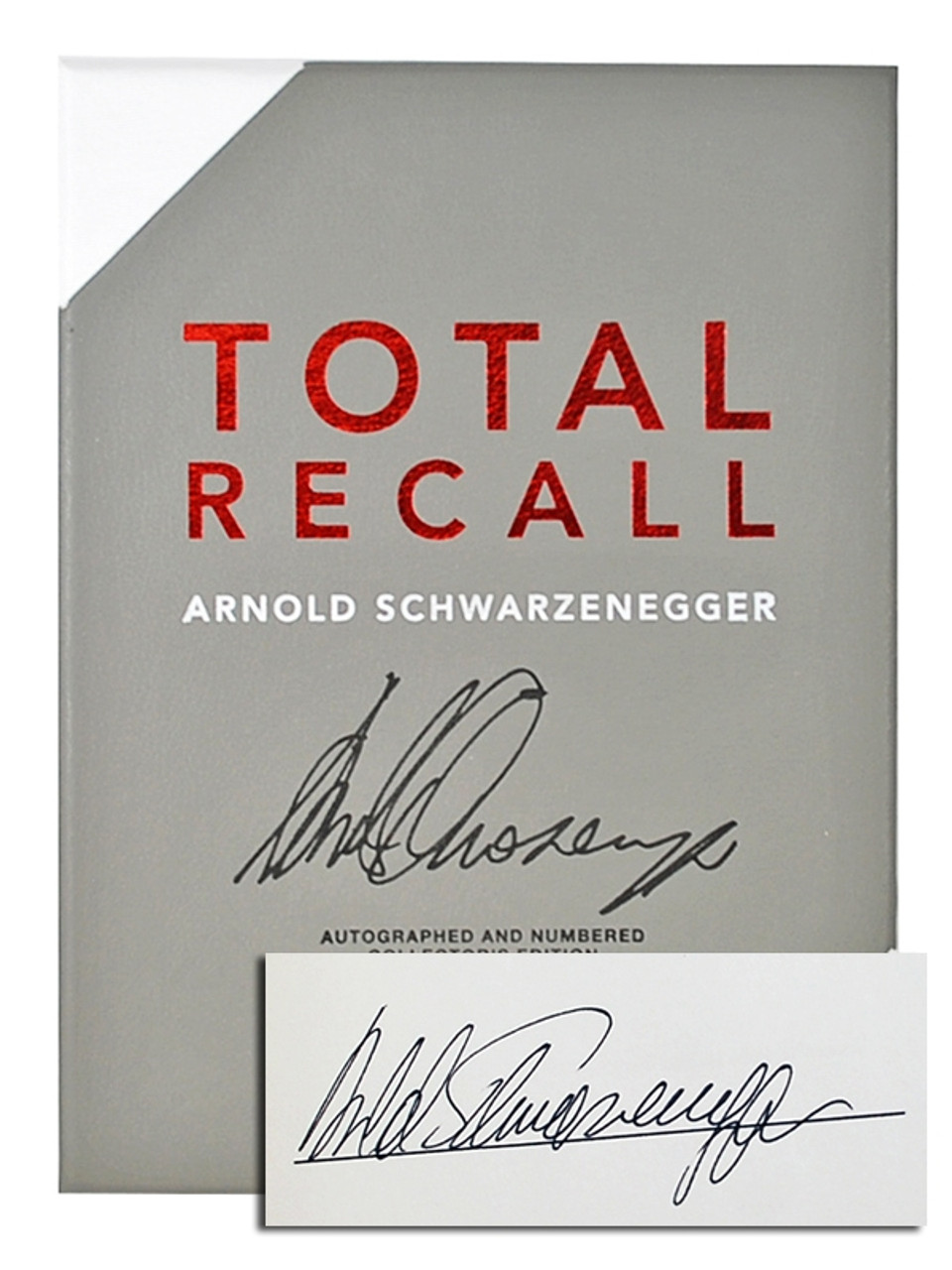 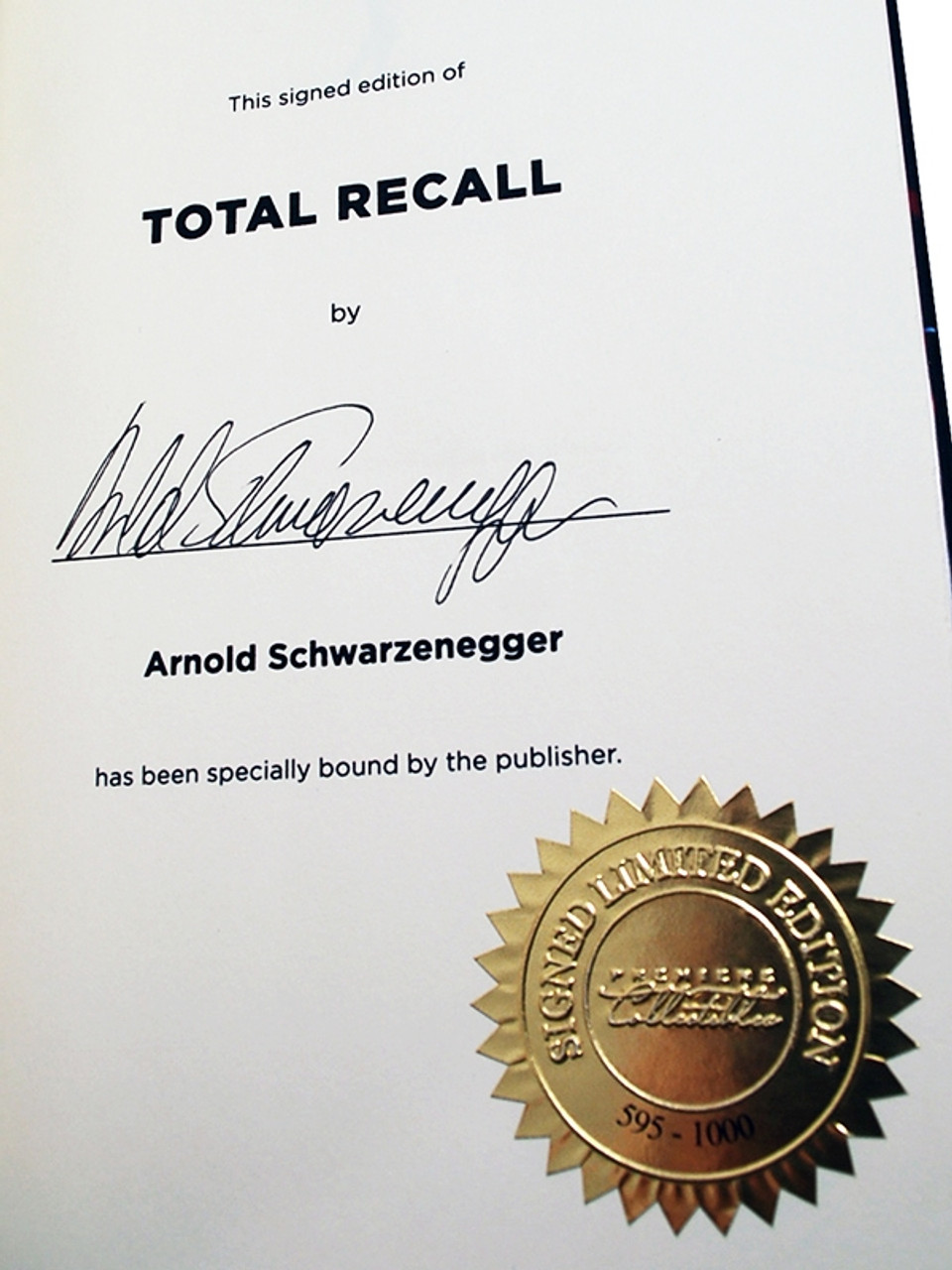 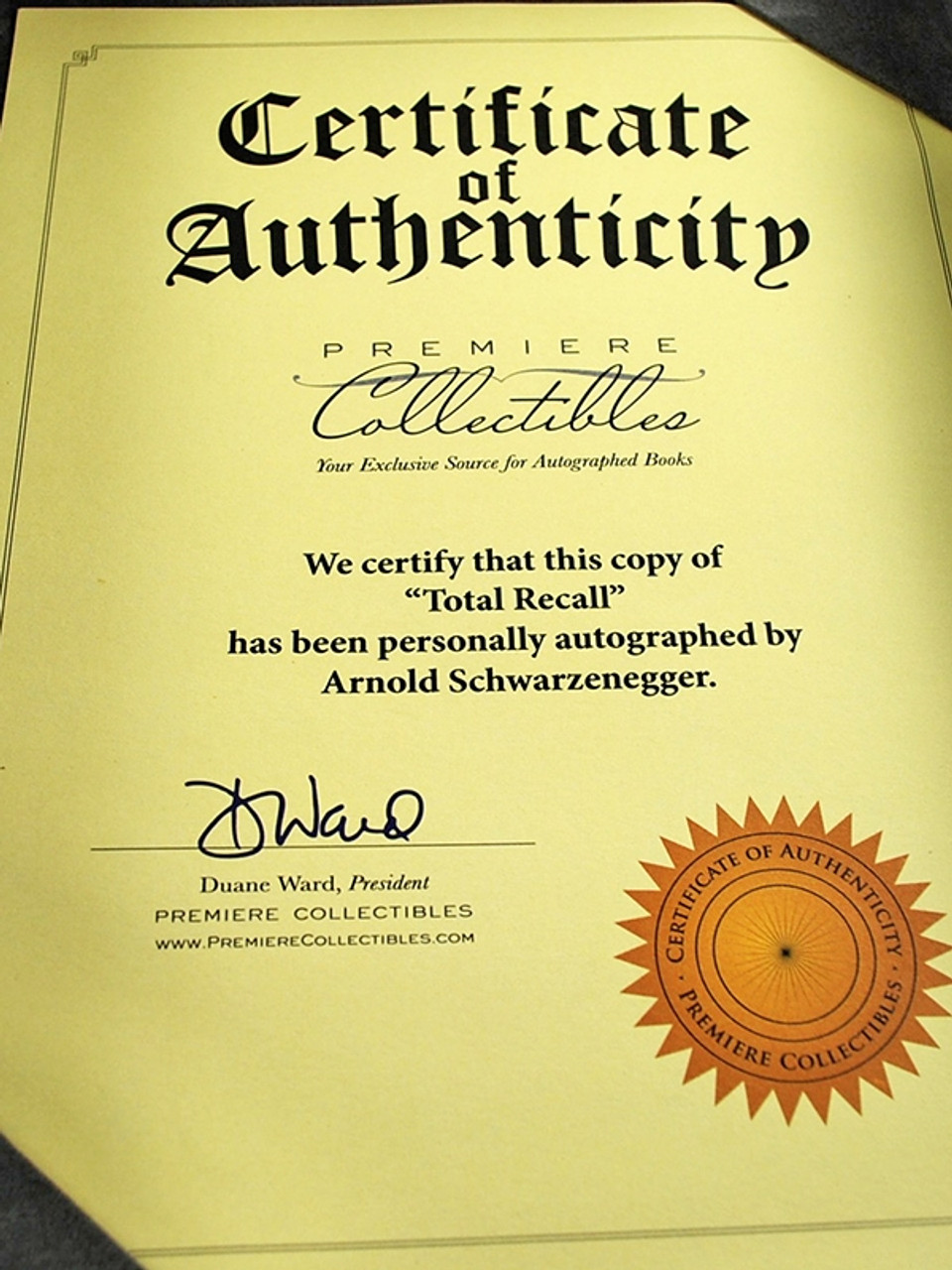 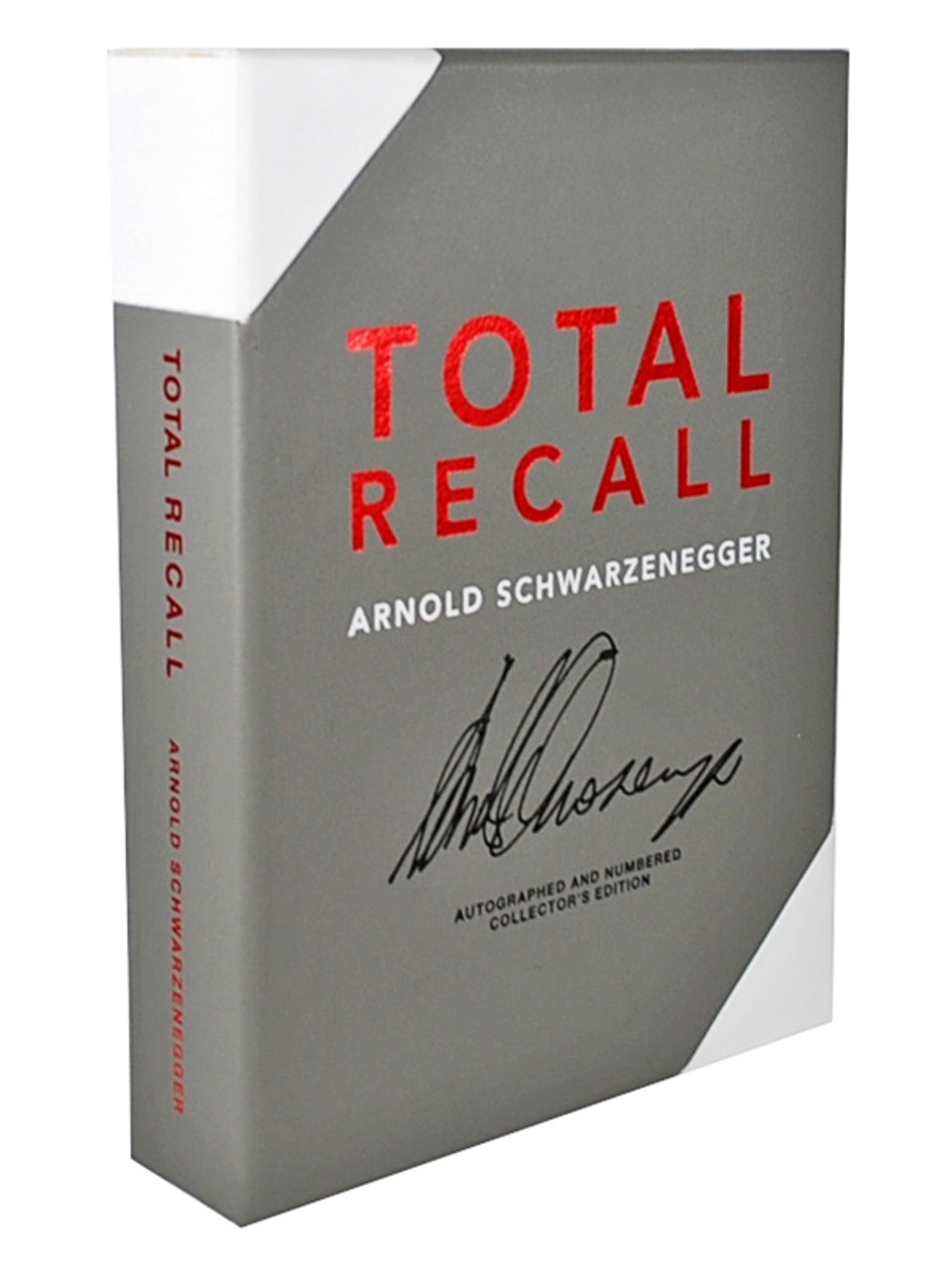 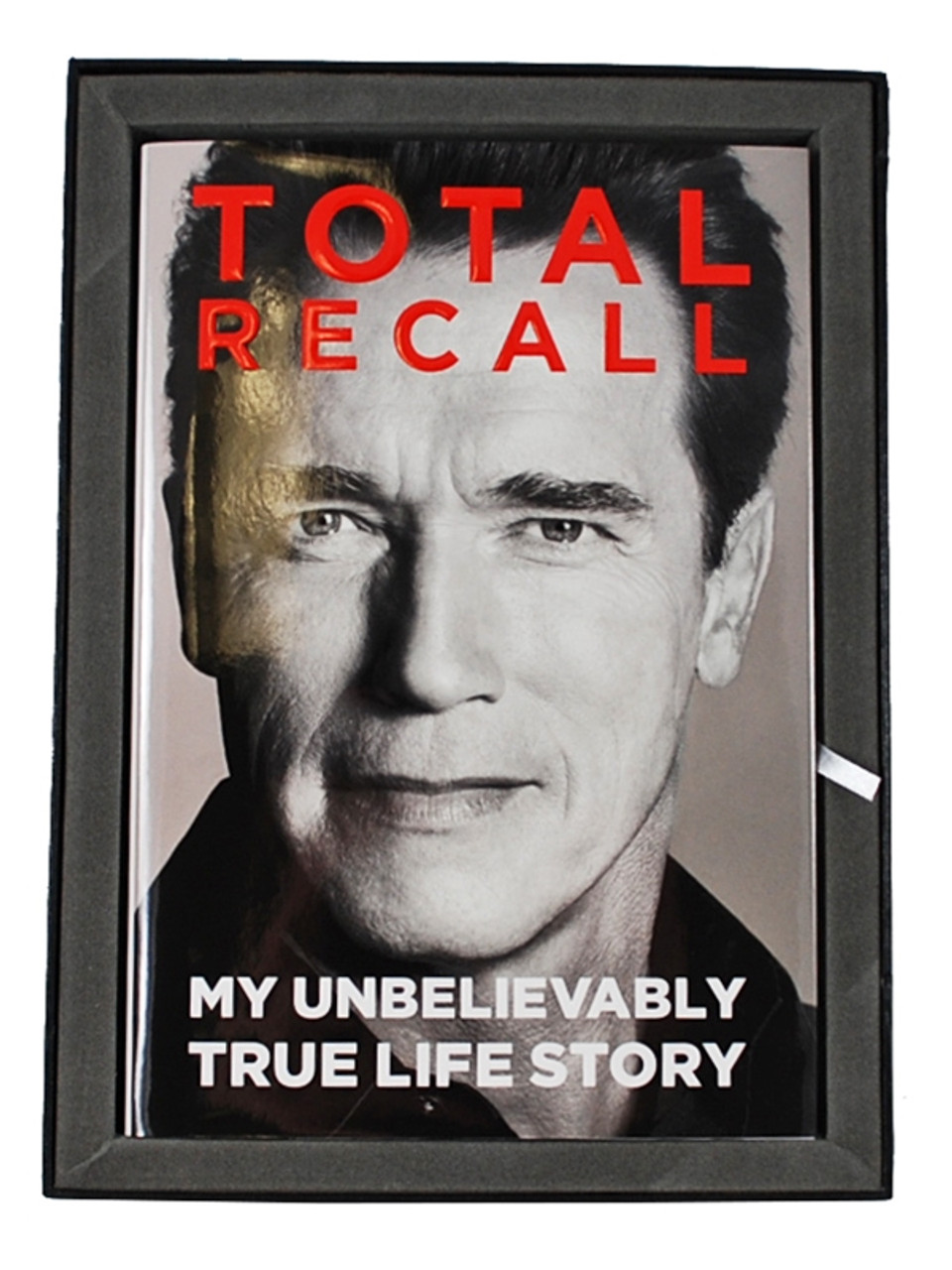 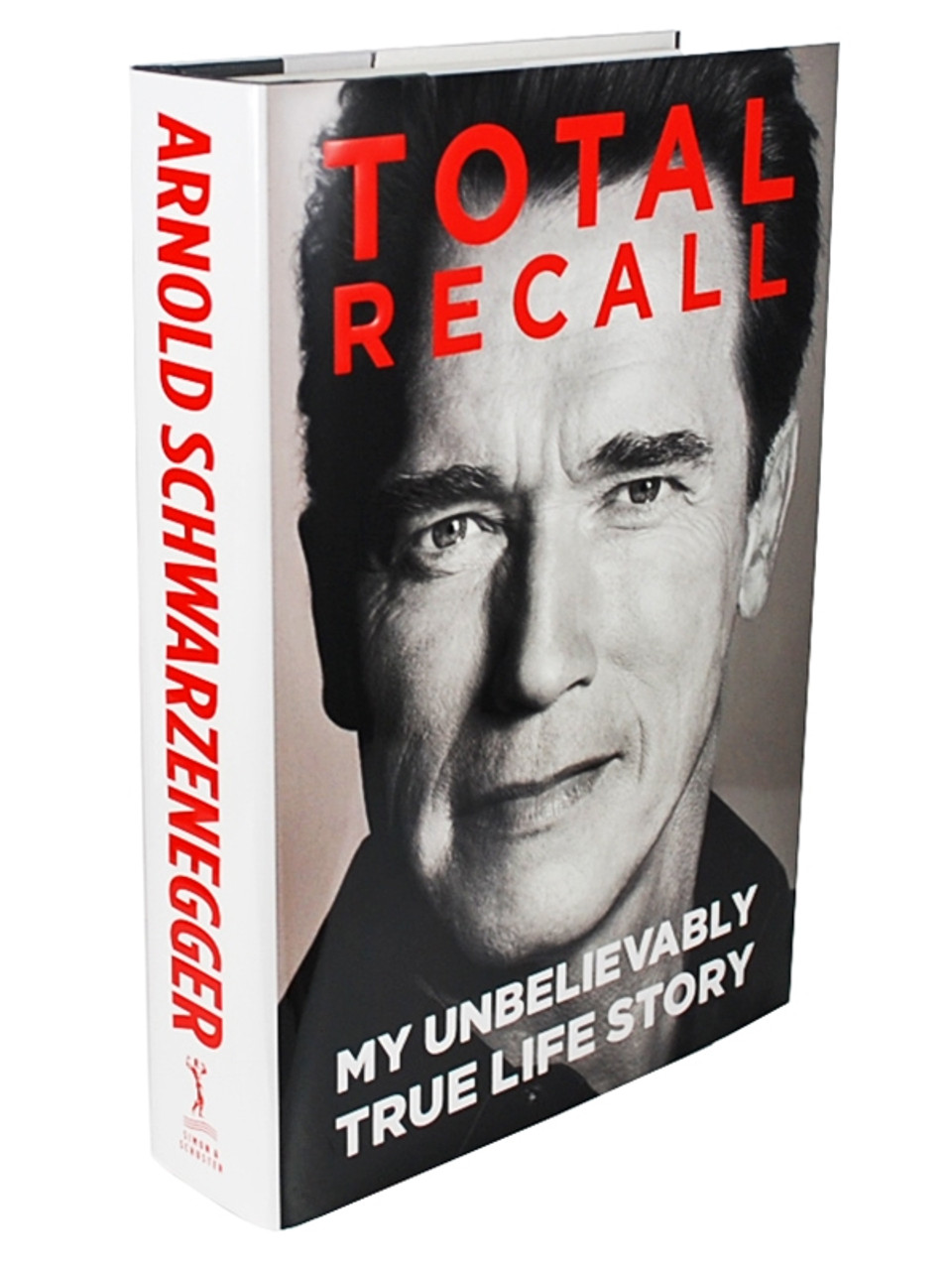 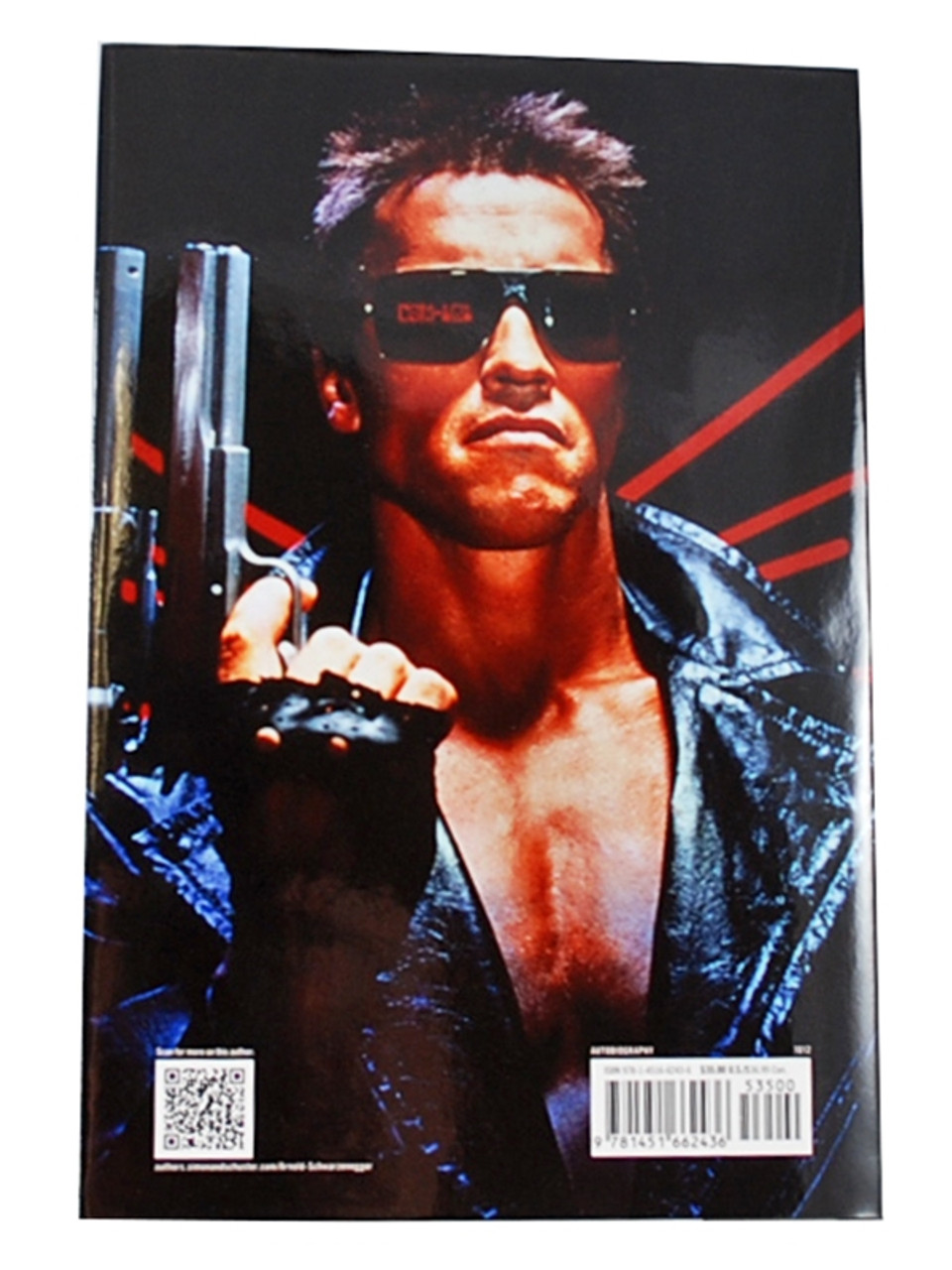 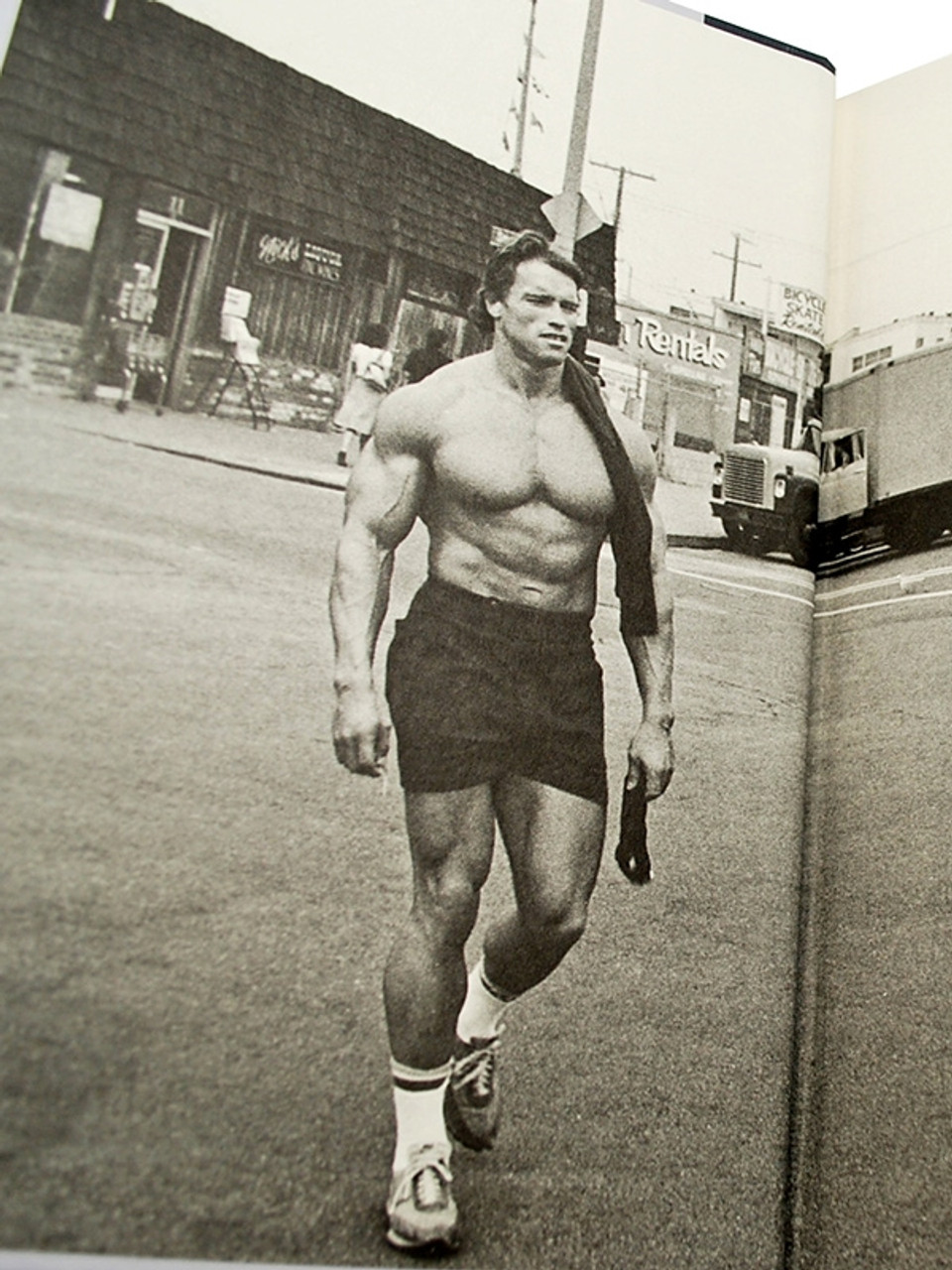 A unique opportunity to acquire the autograph of not only the former 38th governor of California, but also one of the biggest movie stars in history.
Simon & Schuster, October 2012. Arnold Schwarzenegger "Total Recall: My Unbelievably True Life Story" Signed First Edition. dj/HC. Personally hand signed by Arnold Schwarzenegger and limited to only 1,000 signed and numbered copies. 656 pages. ISBN-13: 9781451662436. A rare collectible in As New condition that will arrive in a leather collector's box. Includes Certificate of Authenticity to guarantee the autograph as genuine. The dust-jacket has been placed in an archival Brodart sleeve for protections.

Born in the small city of Thal, Austria, in 1947, Arnold Schwarzenegger moved to Los Angeles at the age of twenty-one. Within ten years, he was a millionaire businessman. After twenty years, he was the world's biggest movie star. In 2003, he was elected governor of California and a household name around the world.

Chronicling his embodiment of the American Dream, Total Recall covers Schwarzenegger's high-stakes journey to the United States, from creating the international bodybuilding industry out of the sands of Venice Beach, to breathing life into cinema's most iconic characters, and becoming one of the leading political figures of our time. Proud of his accomplishments and honest about his regrets, Schwarzenegger spares nothing in sharing his amazing story.

Arnold Schwarzenegger was born in Thal, Austria in 1947, and served as governor of California from 2003-2011. Before that, he had a long career, starring in such films as the Terminator series; Stay Hungry, for which he won a Golden Globe; Twins; Predator; and Junior. His first book Arnold: The Education of a Bodybuilder was a bestseller when published in 1977 and, along with his Encyclopedia of Modern Bodybuilding, have never been out of print since.