Personally signed by Betty White with a personal inscription 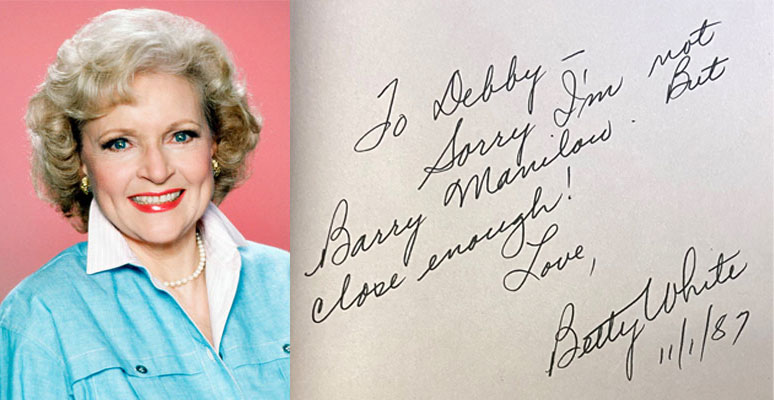 New York, Doubleday 1987. Betty White. "In Person". This first edition has been personally signed by Betty White (on the year of publication) with a personal inscription directly onto the first free end paper.  "First Edition" as required on the copyright page. The dust-jacket shows the correct price of $15.95. Designed by Peter R. Kruzan.  Fine/Fine. Includes bookseller issued COA.

In Person - Discussing everything, from friendship, love, and anger, to romance, sex, loneliness, aging, and death, the television actress shares her thoughts and experiences of life

Betty Marion White Ludden (born January 17, 1922) is an American actress, comedian, author, and animal rights advocate. A pioneer of early television, White was one of the first women to exert control in front of and behind the camera, and the first woman to produce a sitcom (Life with Elizabeth),[4] which contributed to her being named honorary Mayor of Hollywood in 1955. She is also widely known for her roles as Sue Ann Nivens on the CBS sitcom The Mary Tyler Moore Show (1973–1977), Rose Nylund on the NBC sitcom The Golden Girls (1985–1992), and Elka Ostrovsky on the TV Land sitcom Hot in Cleveland (2010–2015).

With an entertainment career spanning over nine decades, White was eight years old when she made her radio programming debut in 1930, working as a radio personality in Los Angeles under the guidance of disk jockey Al Jarvis. After making the transition to television, White became a staple panelist of American game shows, including Password, Match Game, Tattletales, To Tell the Truth, The Hollywood Squares and The $25,000 Pyramid; dubbed "the first lady of game shows", White became the first woman to receive the Daytime Emmy Award for Outstanding Game Show Host for the show Just Men! in 1983.[6] She is also known for her appearances on The Bold and the Beautiful, Boston Legal, The Carol Burnett Show, and Saturday Night Live.

With a television career spanning over eight decades, White has worked longer in that medium than anyone else in the television industry, earning her a Guinness World Record in 2018. White has received eight Emmy Awards in various categories, three American Comedy Awards, three Screen Actors Guild Awards, and a Grammy Award. She has a star on the Hollywood Walk of Fame, and is a 1985 Television Hall of Fame inductee.

1954, AGE 32
After starting her career in radio, Betty briefly hosted and produced her own talk show on NBC called The Betty White Show. Anyone else hoping the network brings that baby back? 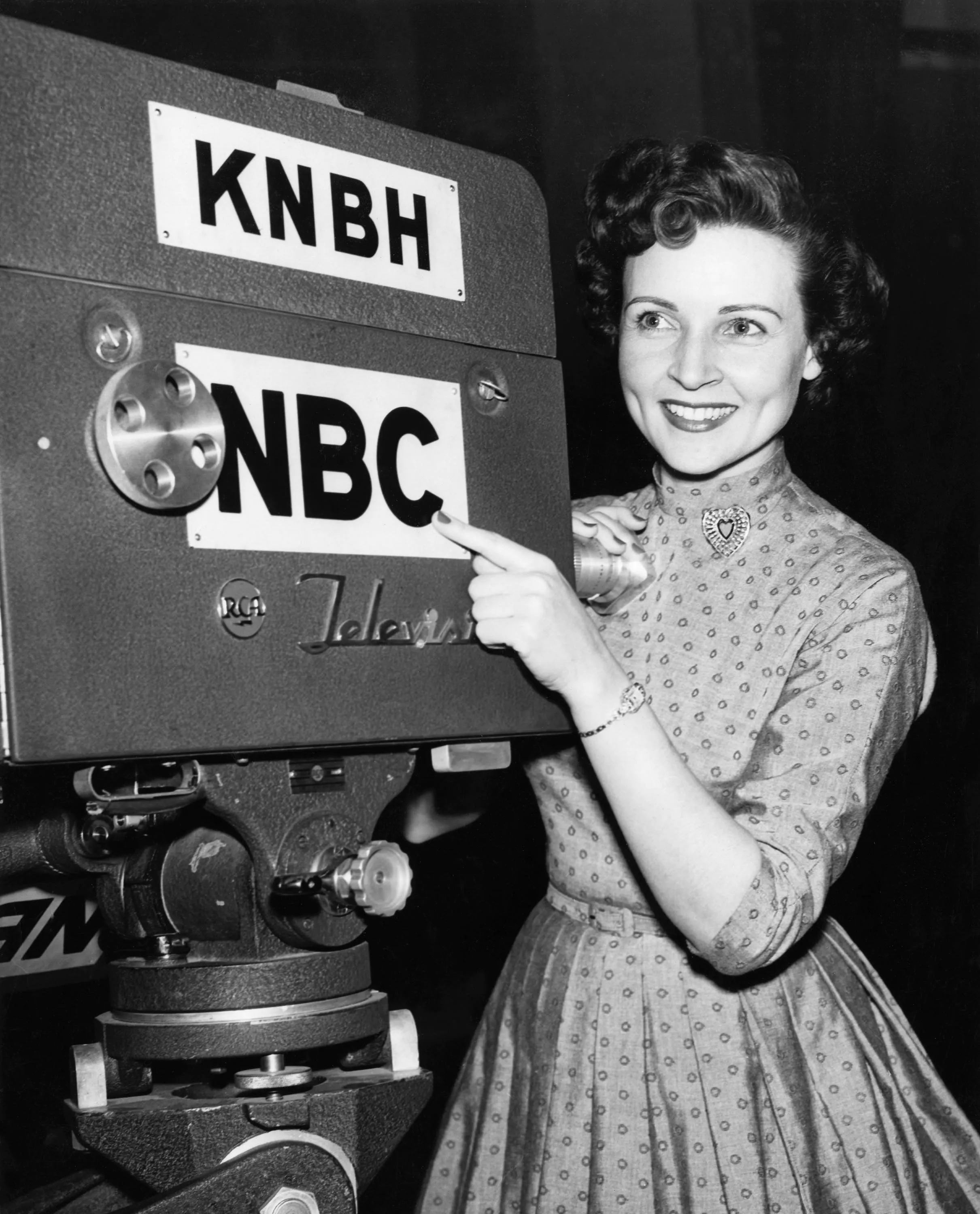 1963, AGE 41
TV audiences weren’t the only ones charmed by White’s many appearances on the popular game show Password—in 1963 she married the host, Allen Ludden. 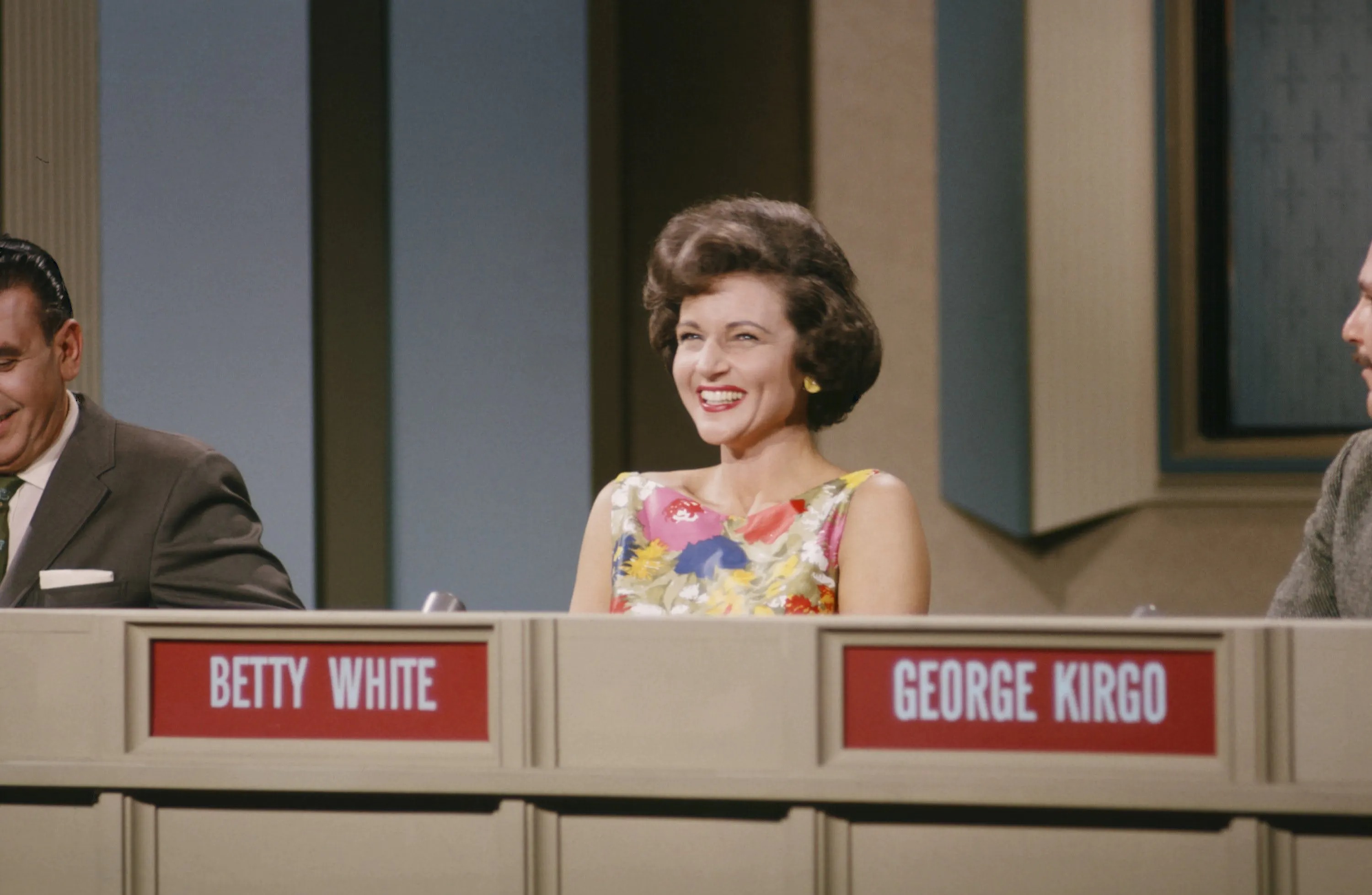 1968, AGE 46
For nineteen years, White acted as hostess and commentator for the Tournament of Roses Parade.

1979, AGE 57
It looks like David Letterman is just as smitten with White as the rest of us. 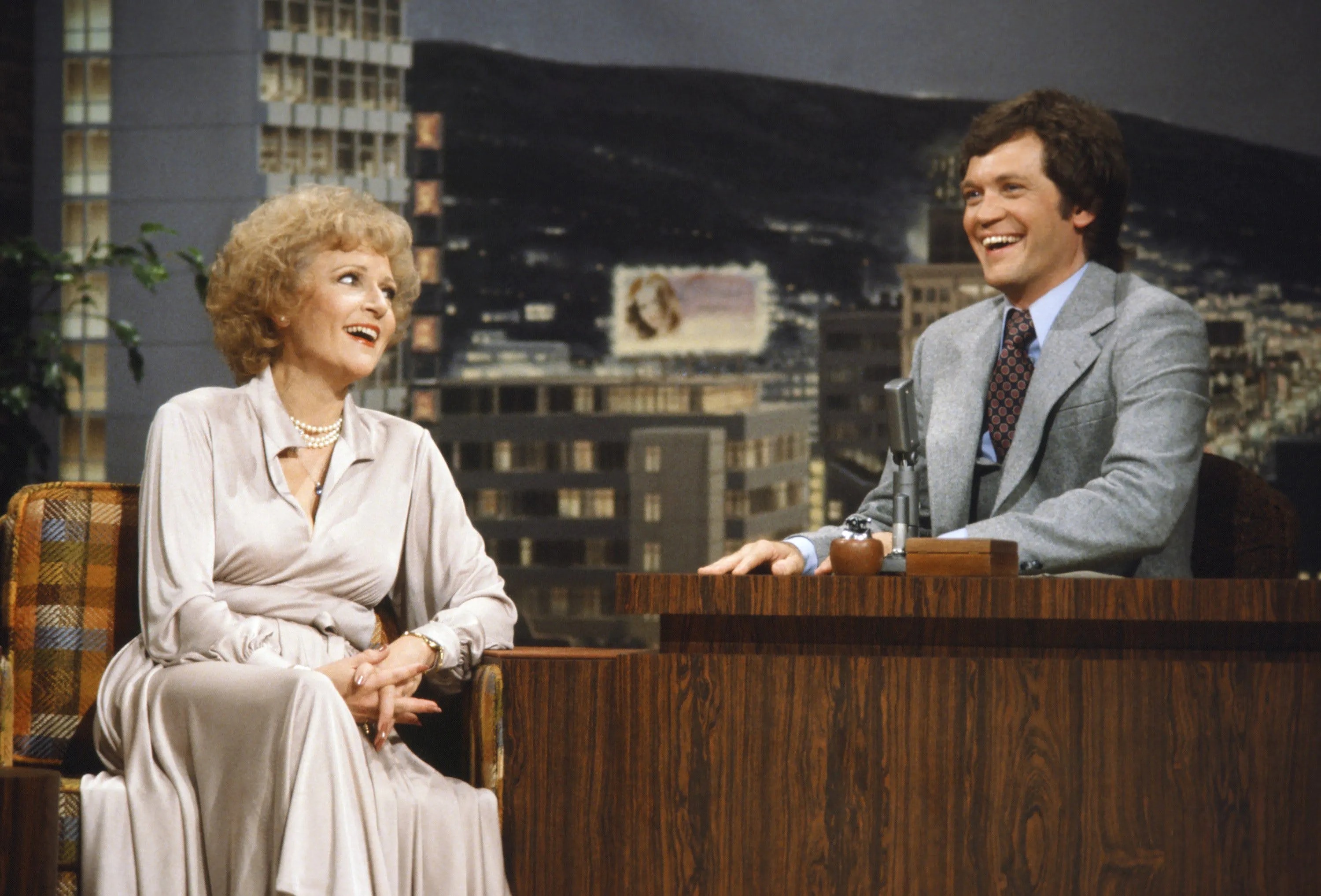 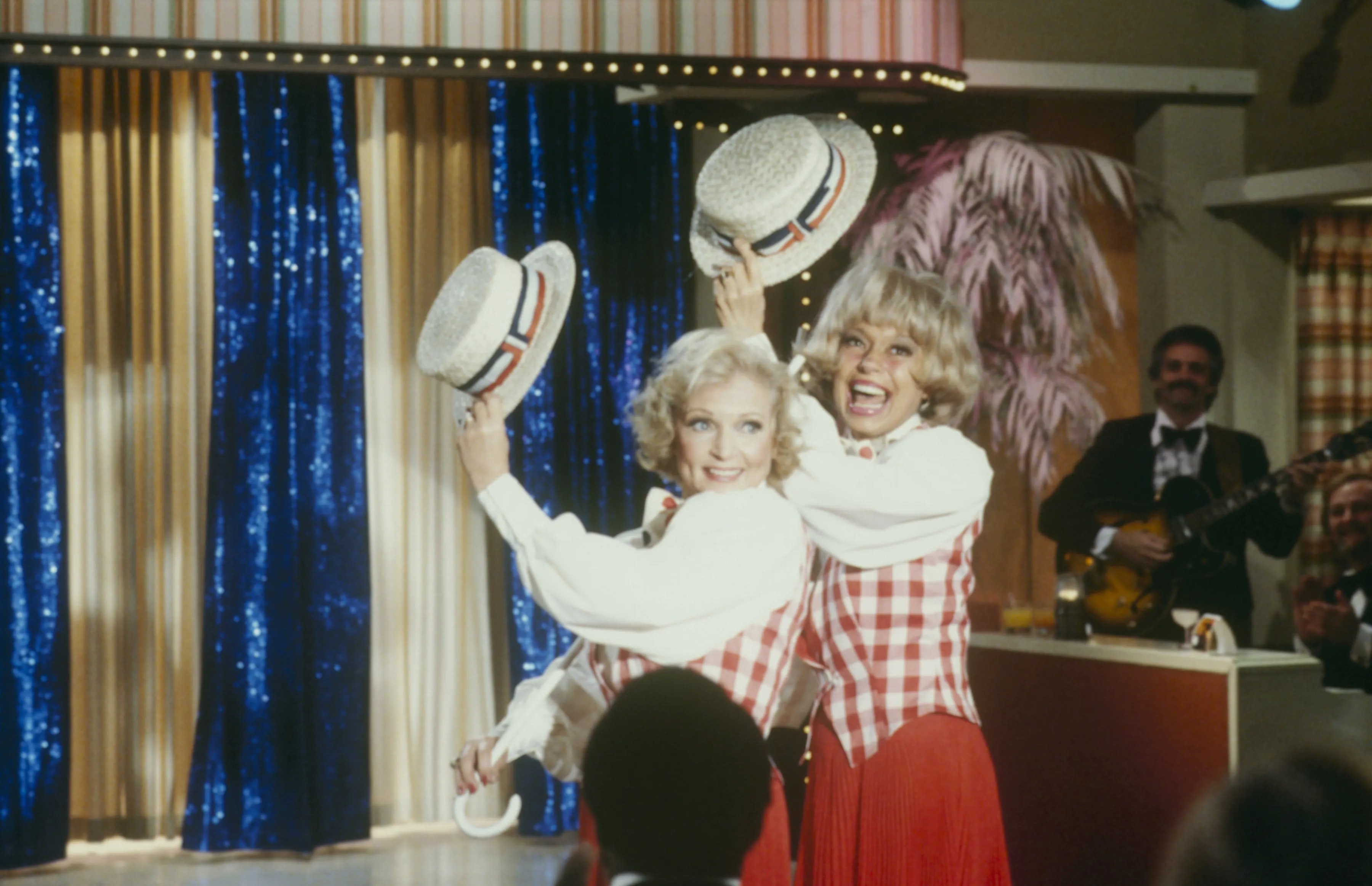 1986, AGE 64
The Golden Girls will forever be our favorite girlfriend sitcom. (No offense to Carrie, Miranda, Charlotte and Samantha.) 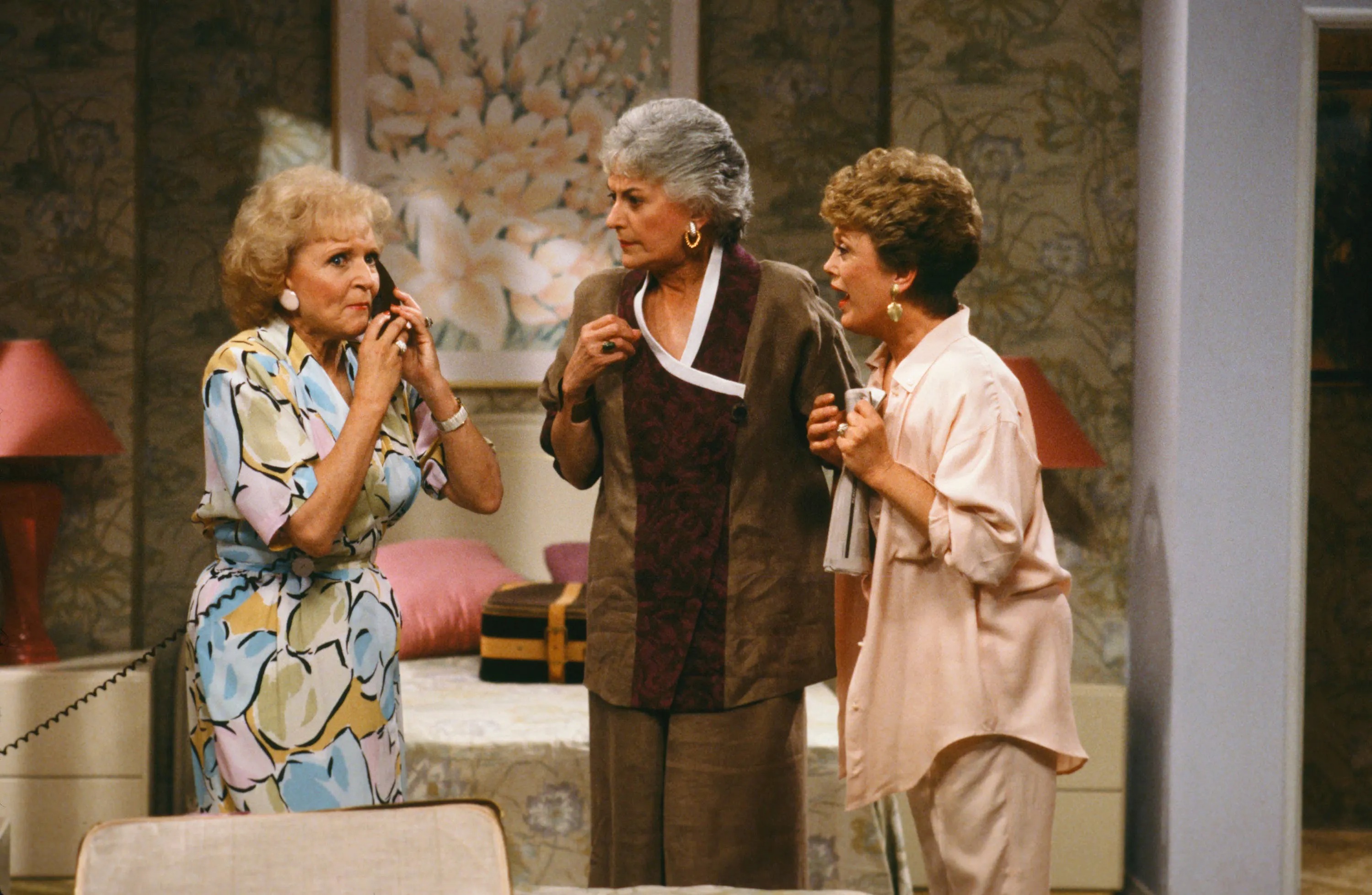 1995, AGE 73
In 1995 the Museum of TV & Radio honored the cast of The Mary Tyler Moore Show for being absolutely hilarious and inspiring. But seriously, what would you give to be a part of this all-star photo op? 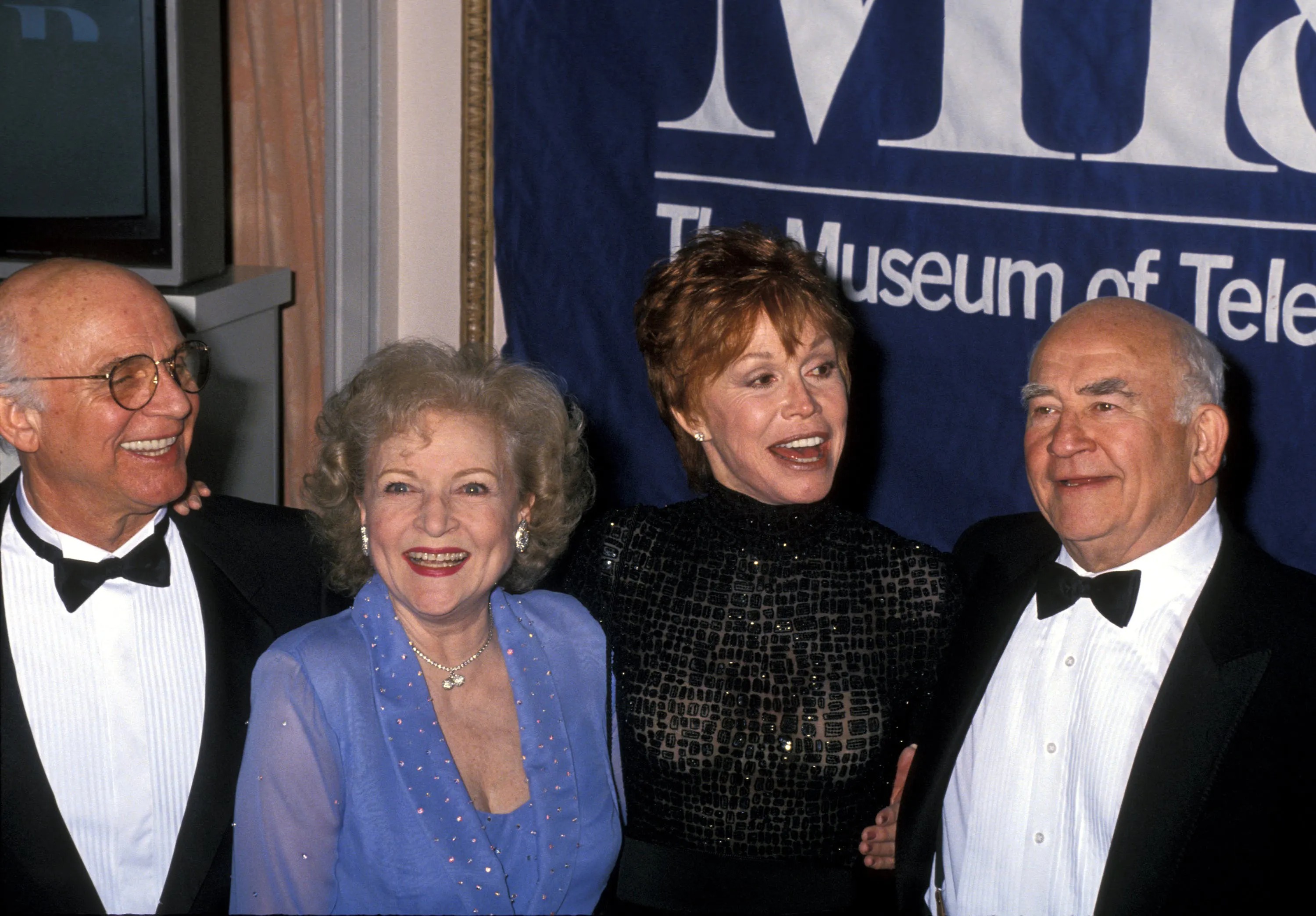 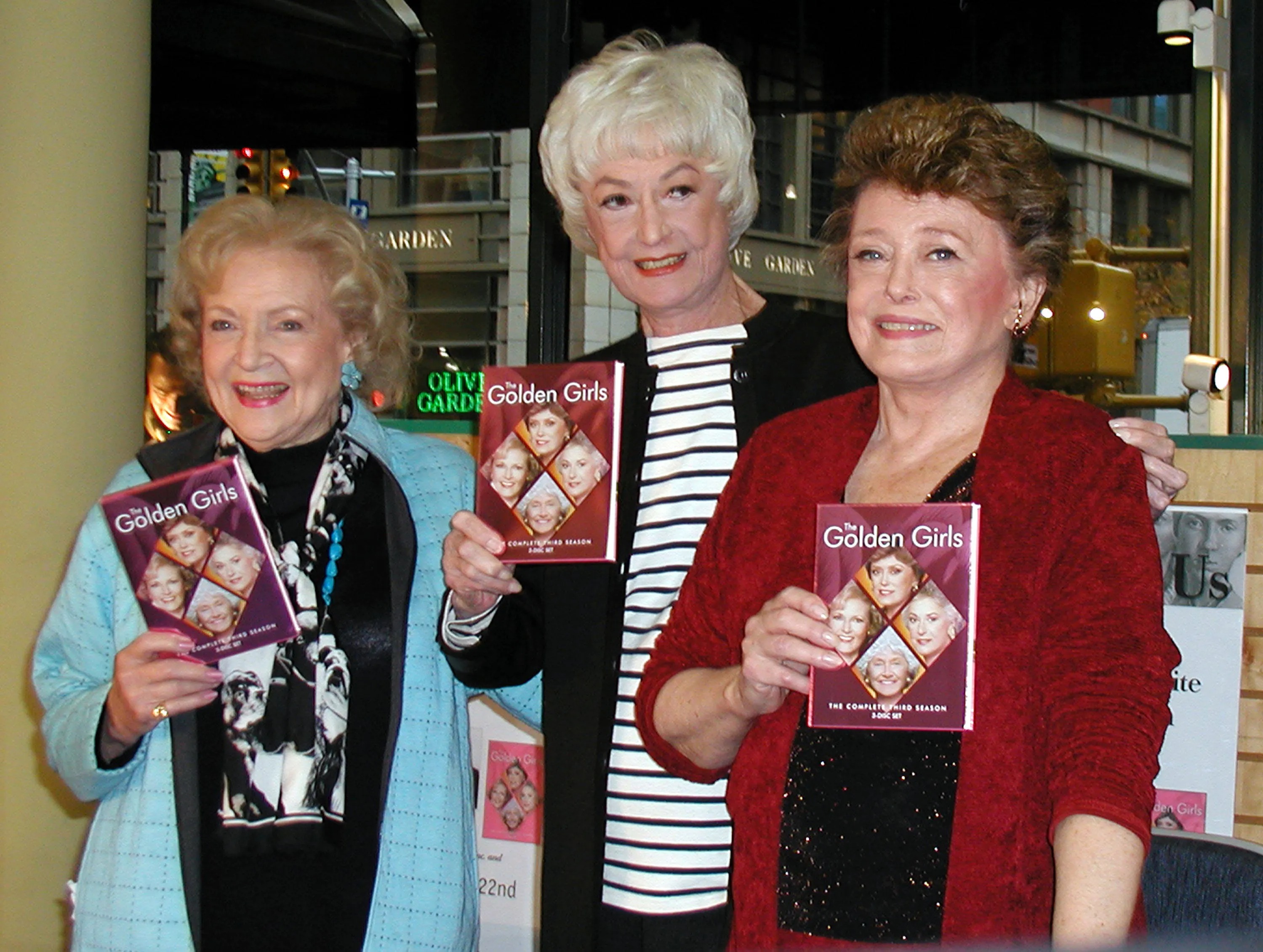 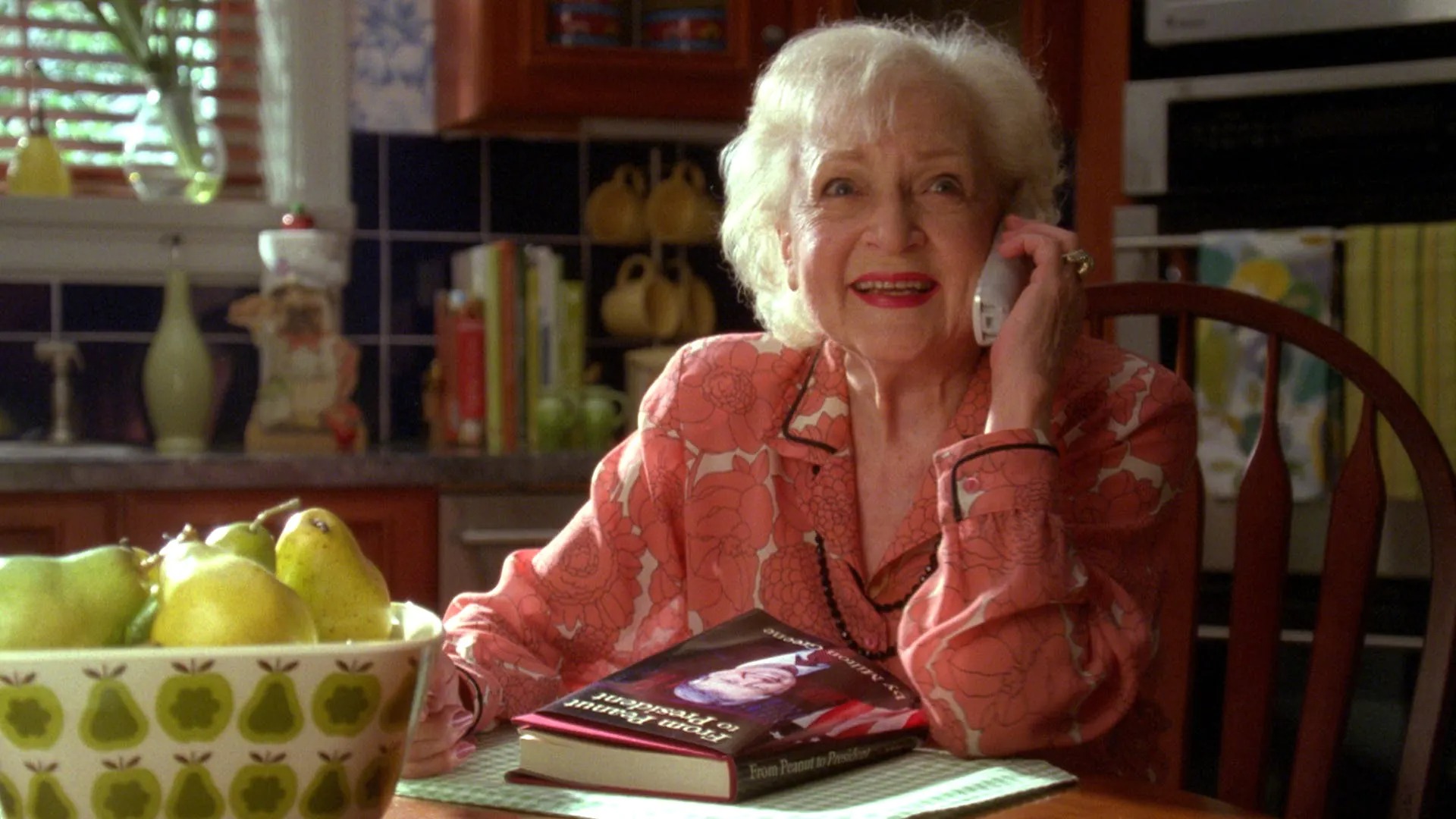 2015, AGE 93
Remember when Ellen DeGeneres presented White with the People’s Choice Award for Favorite TV Icon and all of America simultaneously nodded in agreement? 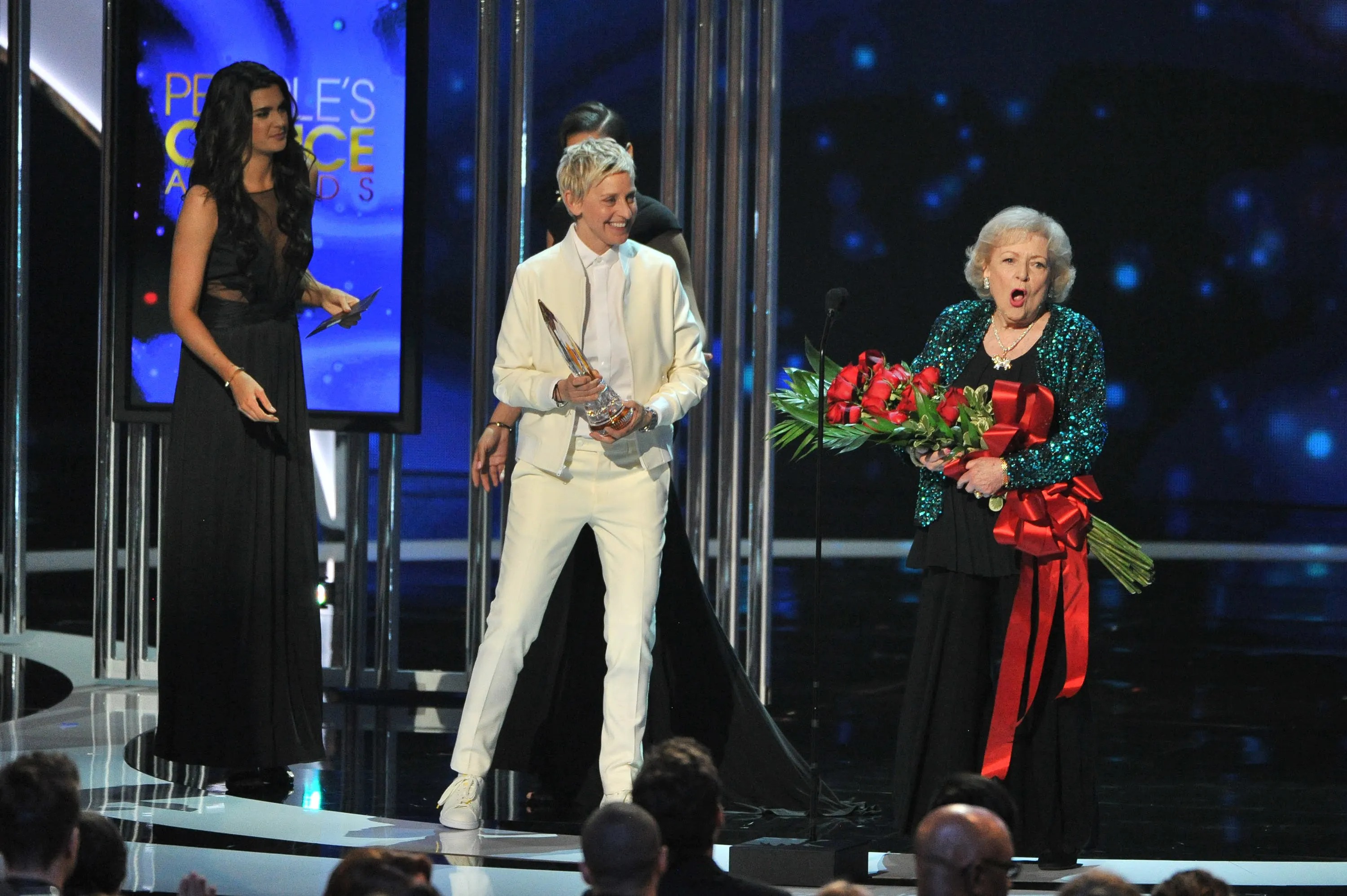 2017, AGE 95
Is there any better way to celebrate turning 95 than with a fruit tart, stuffed sloth and Katie Couric? We think not. 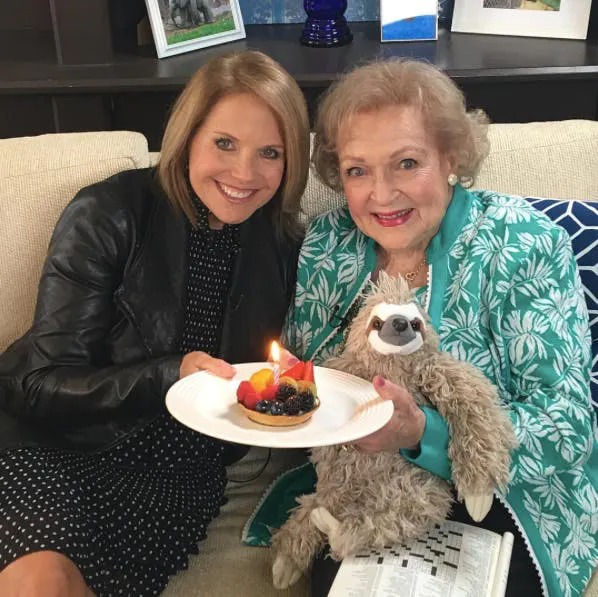 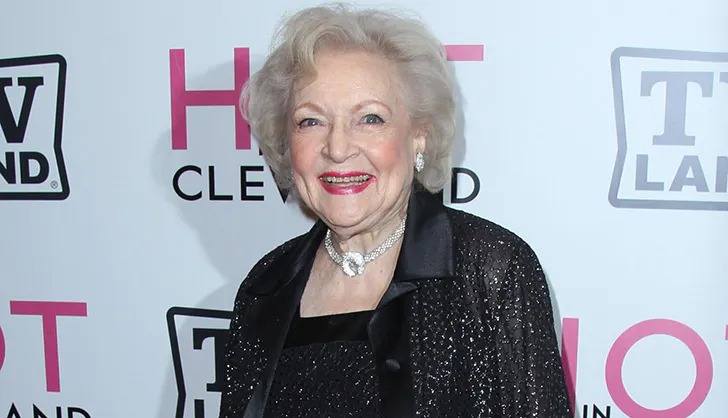 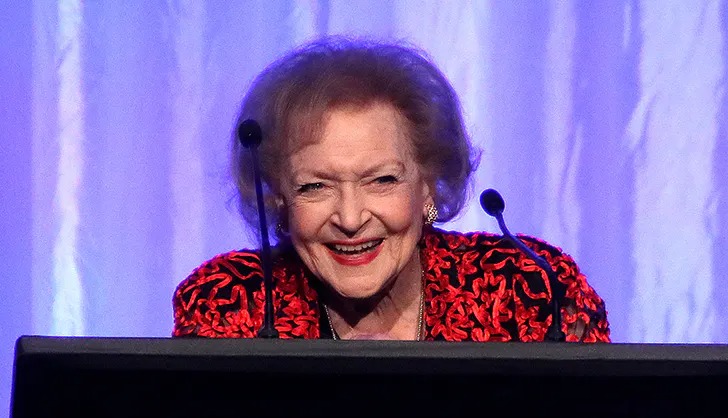 Fine/Fine. A wonderful bright clean copy without any markings, writings, or stampings. No attached bookplates or indication of any removed. A well cared for book, protected from any potential damage. Square and tight spine. Sharp corners that are not bumped. The dust-jacket shows a touch of yellowing. No rips or tears and no edge-wear.

Personally signed by the legendary Betty White directly onto the title page of the book     New York, GP Putnam's Sons 2011. Betty White. "If You Ask Me (And Of Course You Won't)" This fi