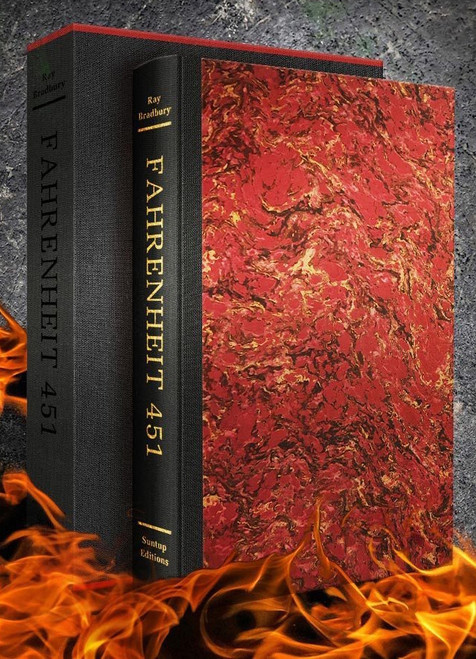 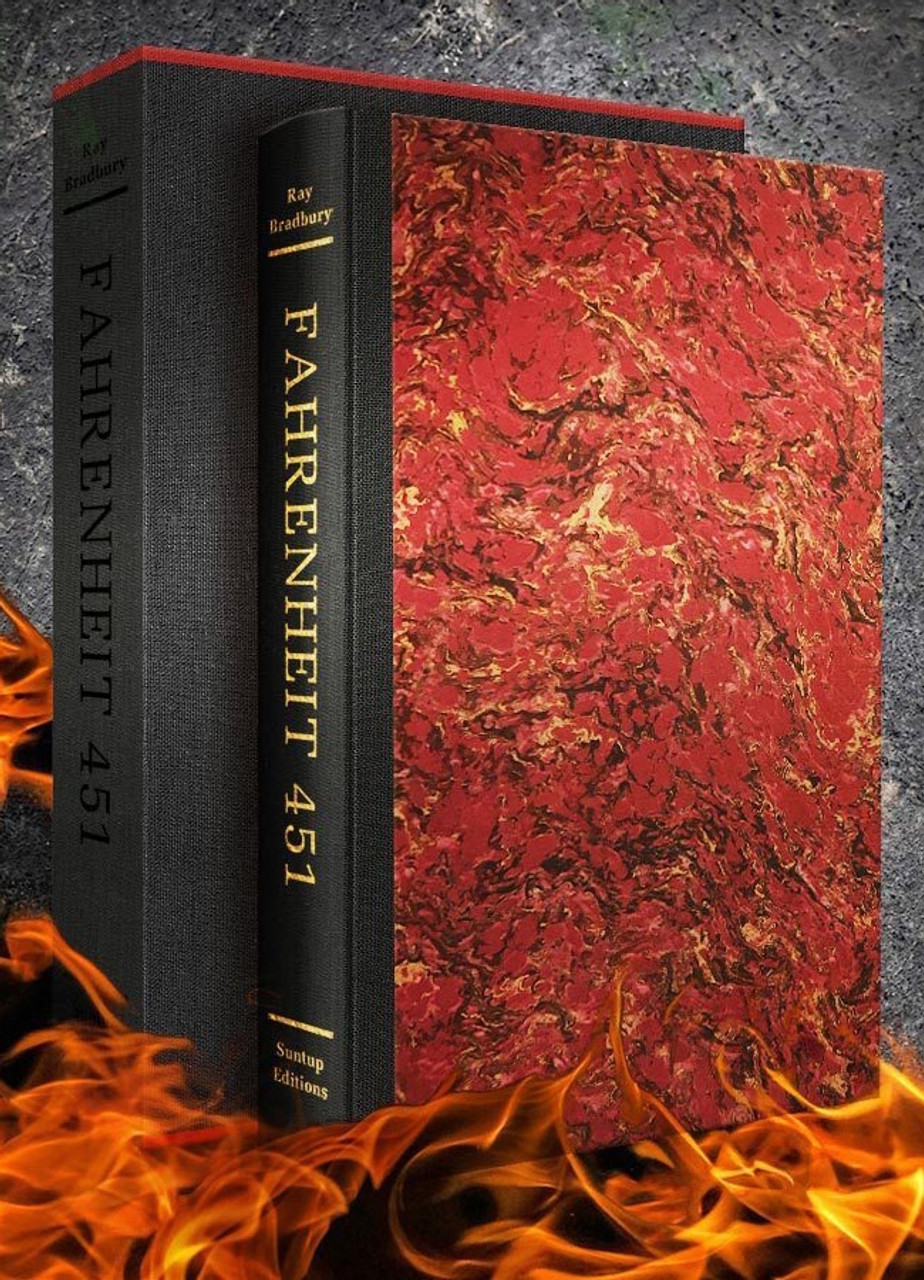 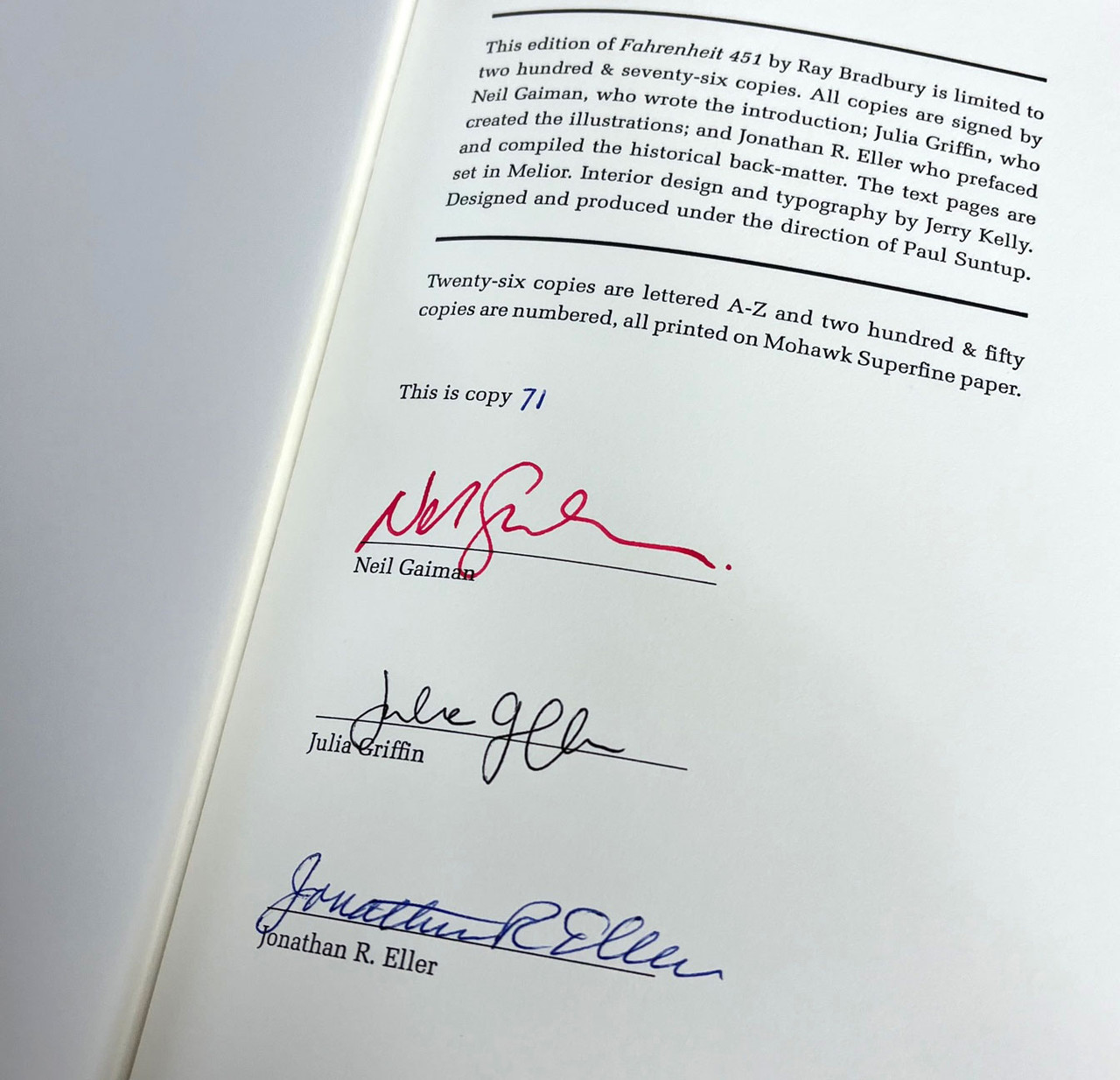 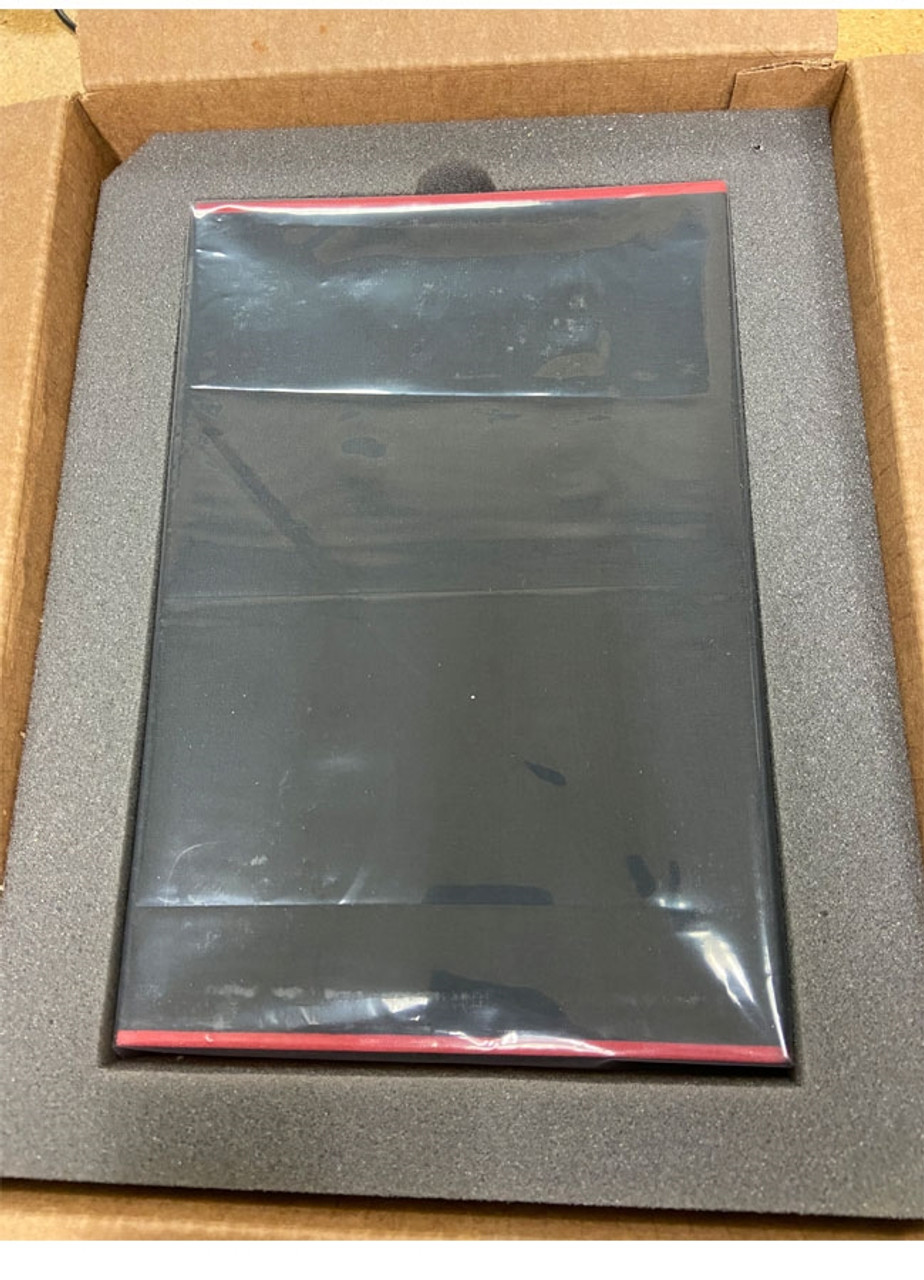 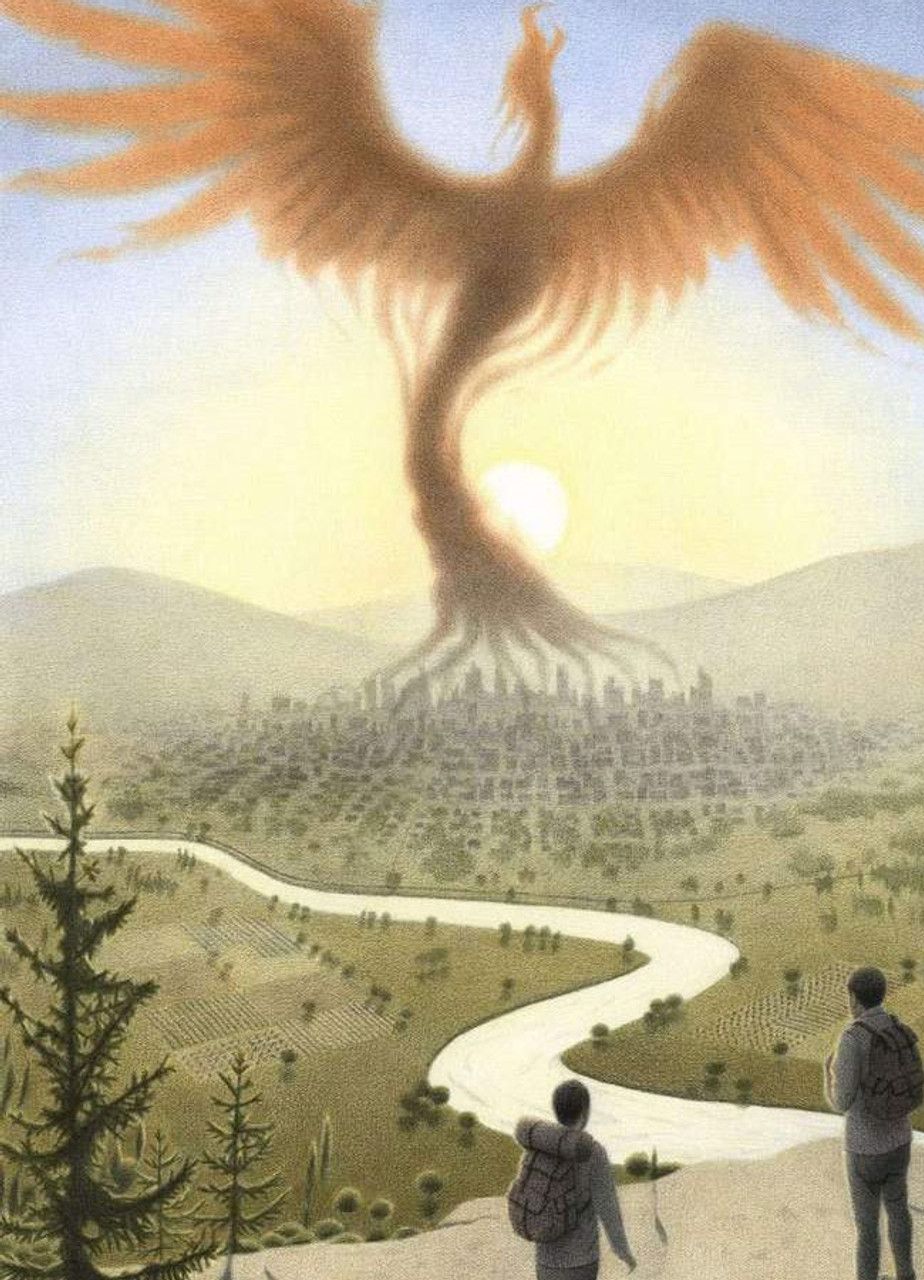 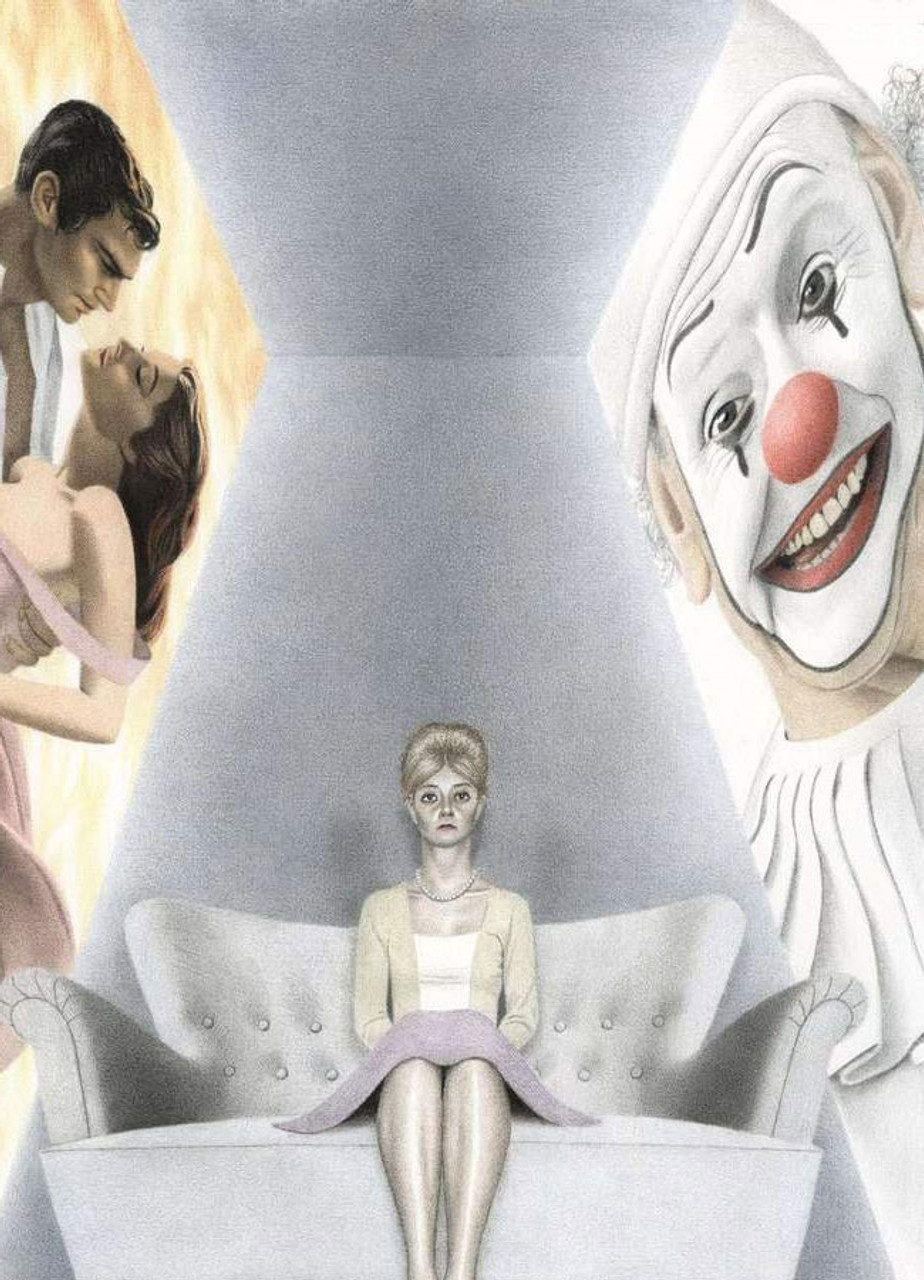 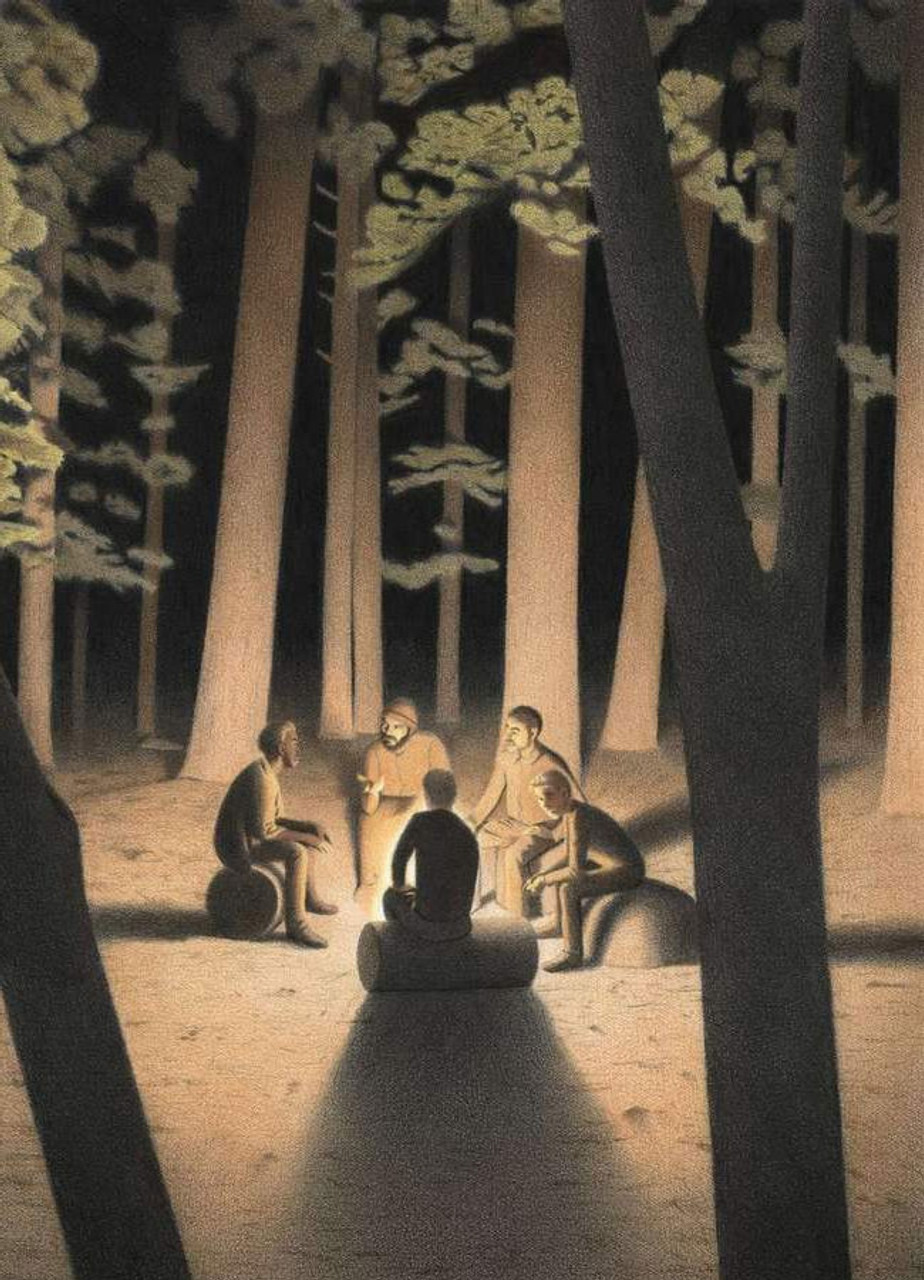 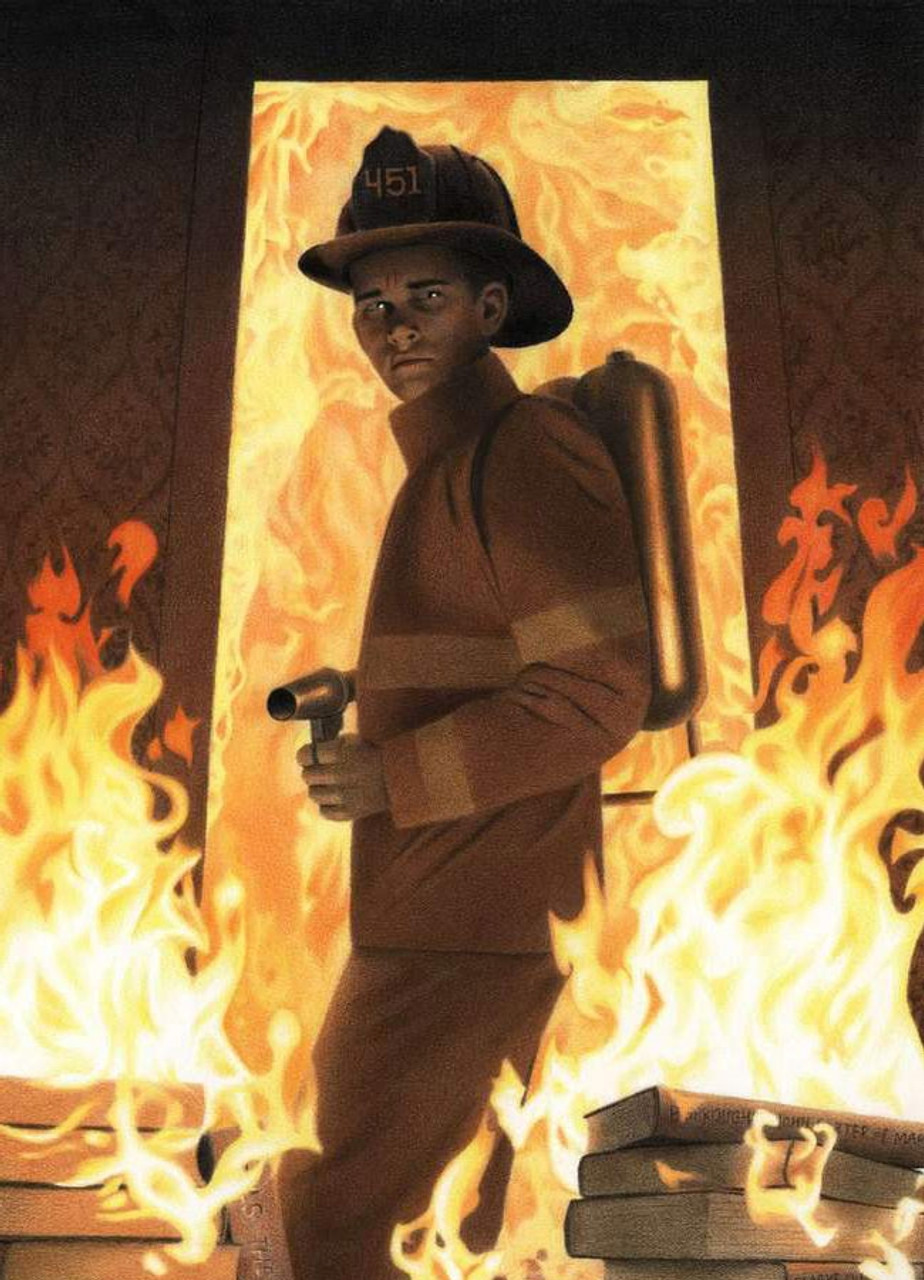 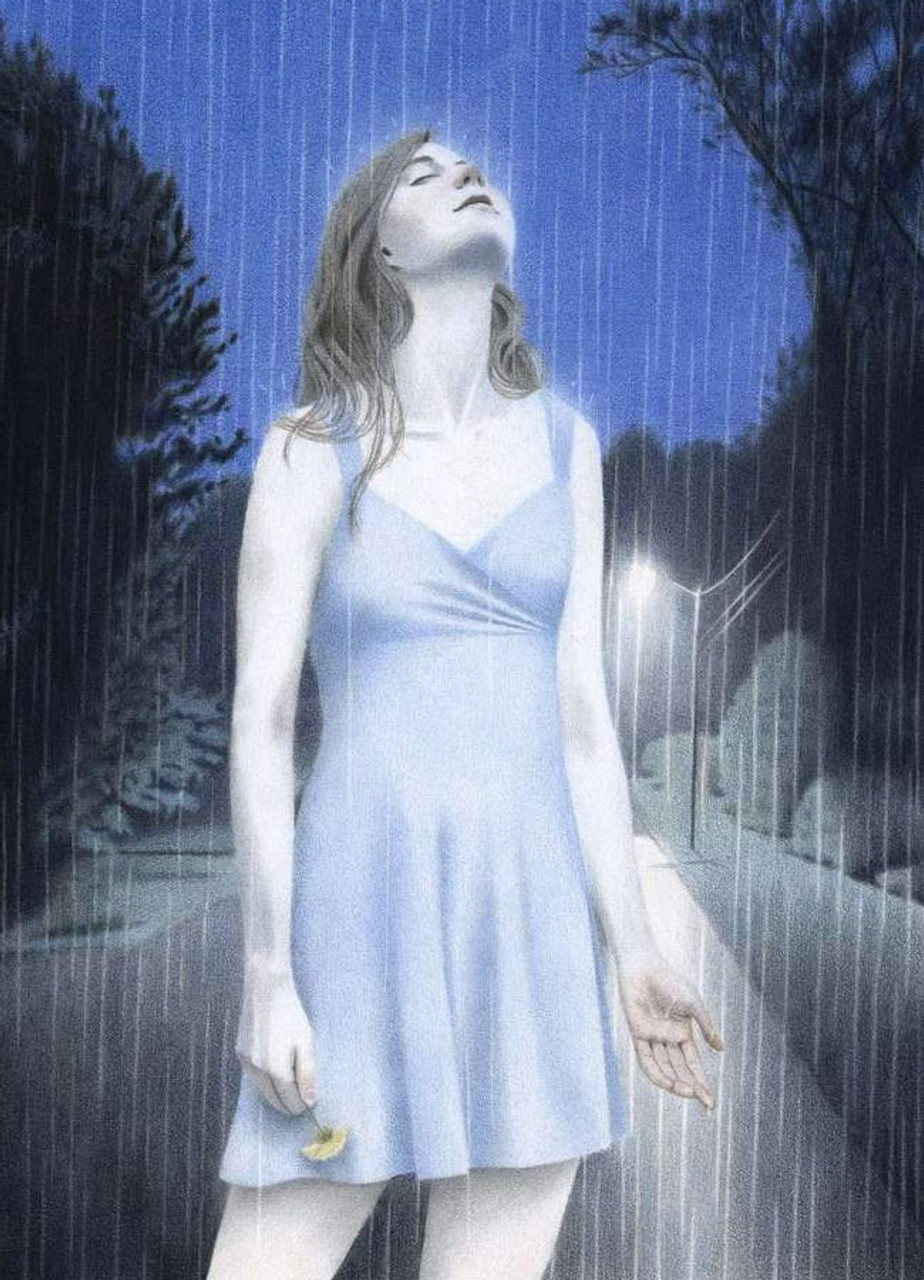 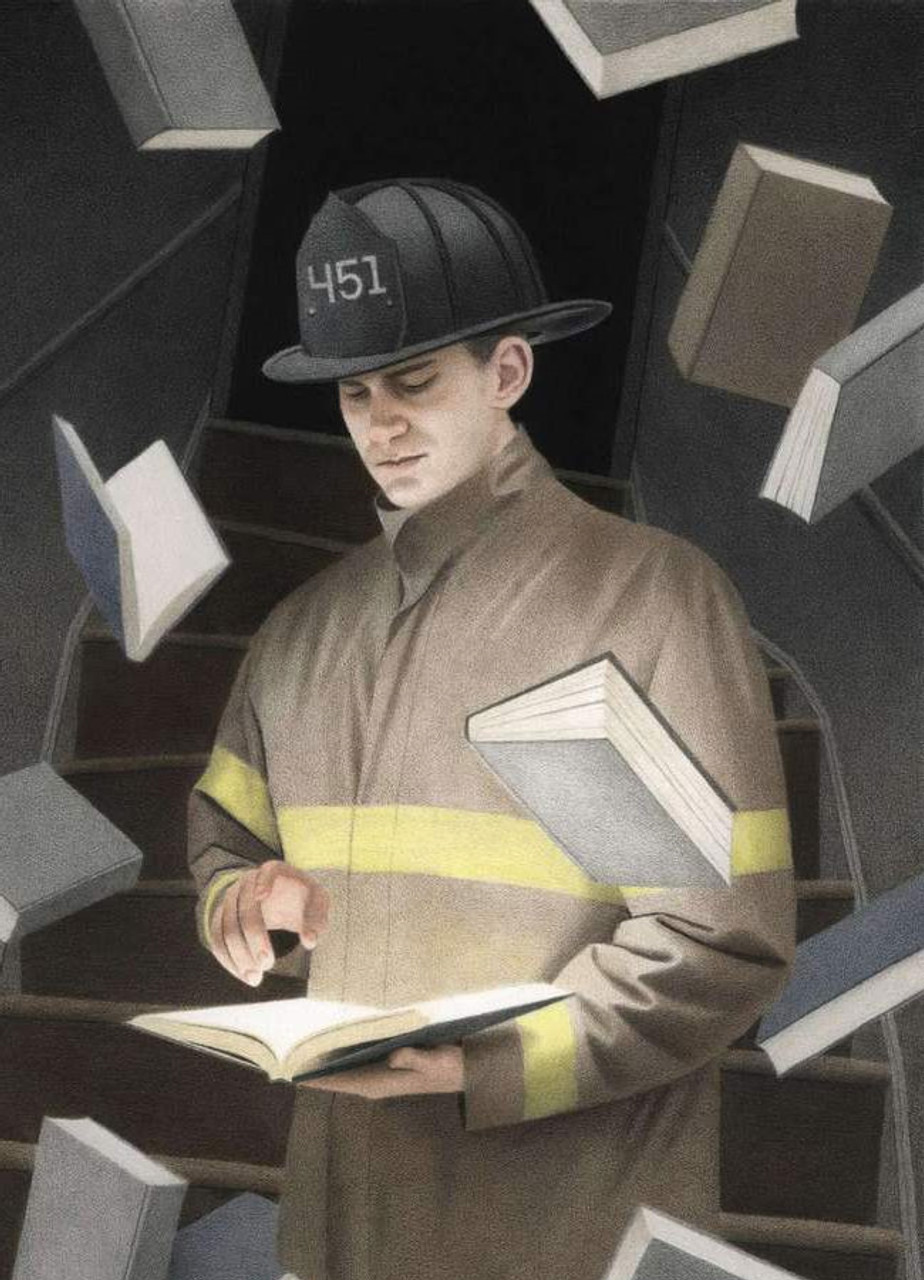 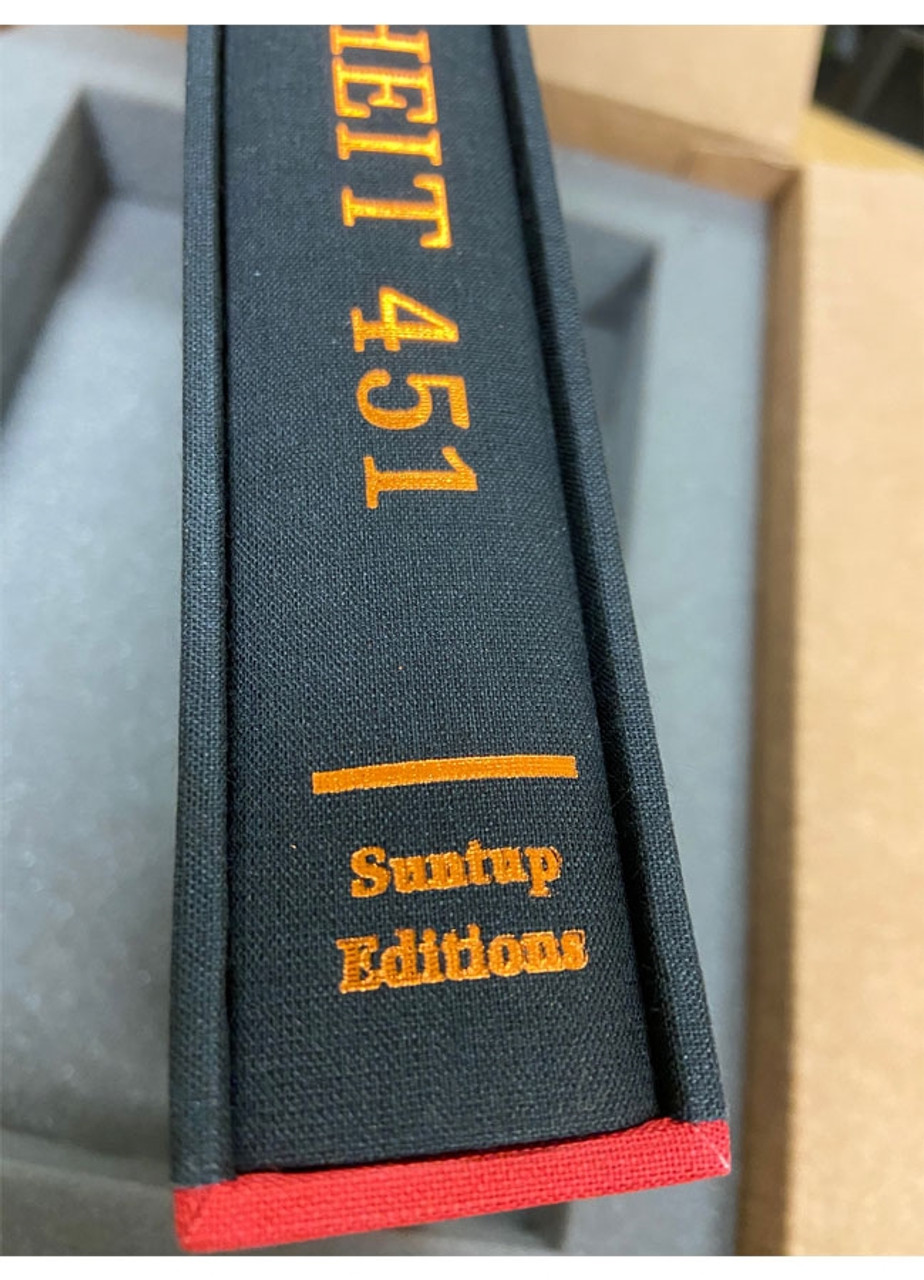 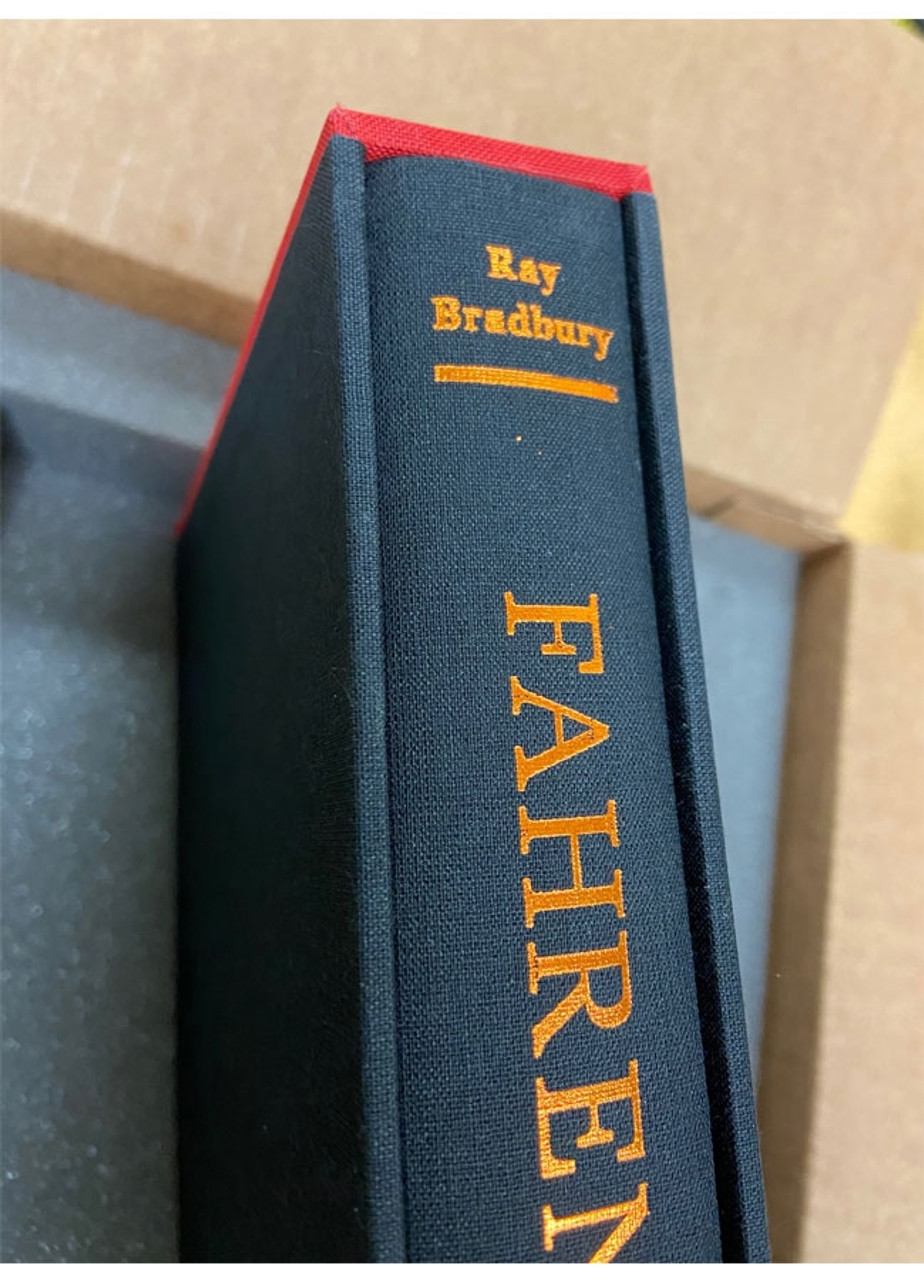 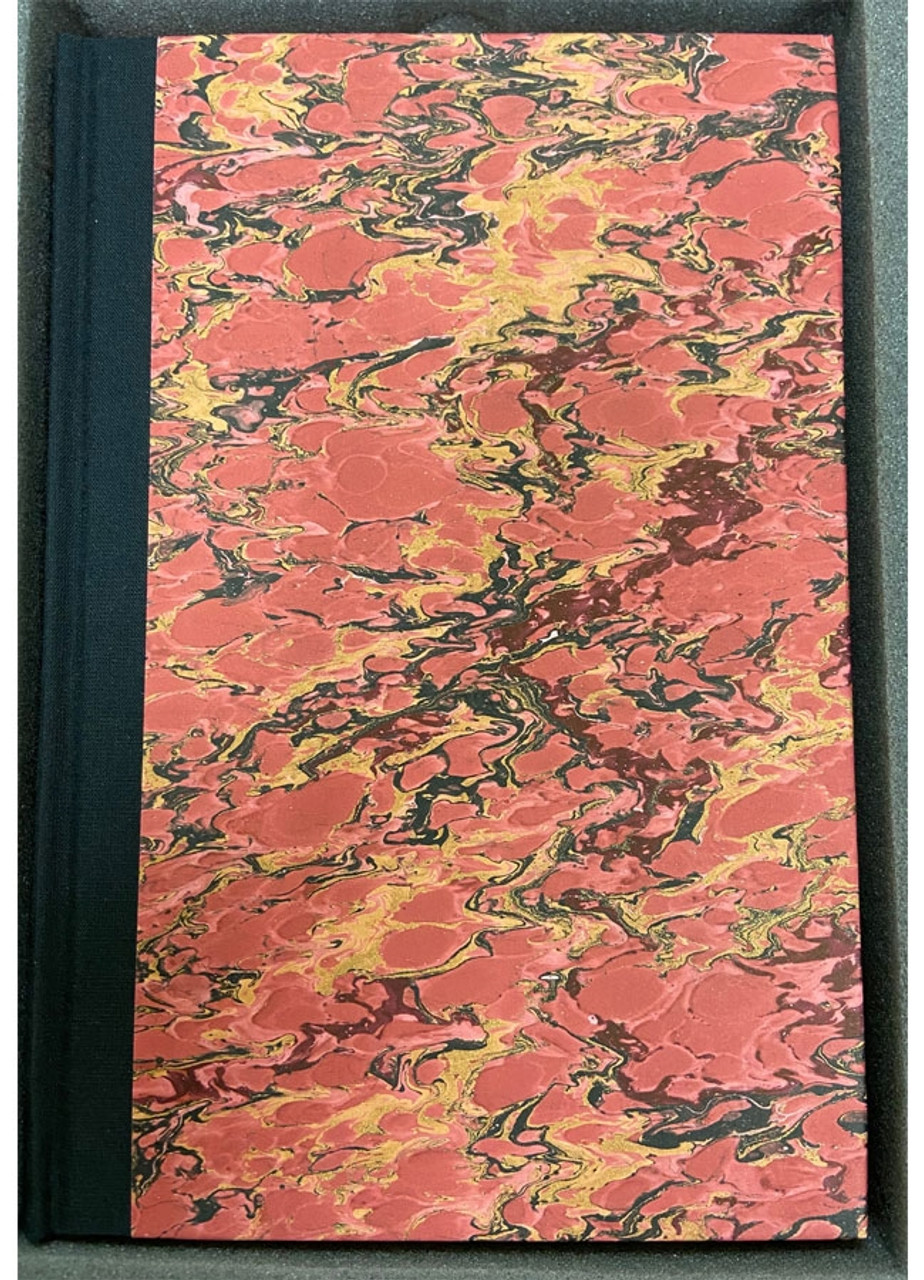 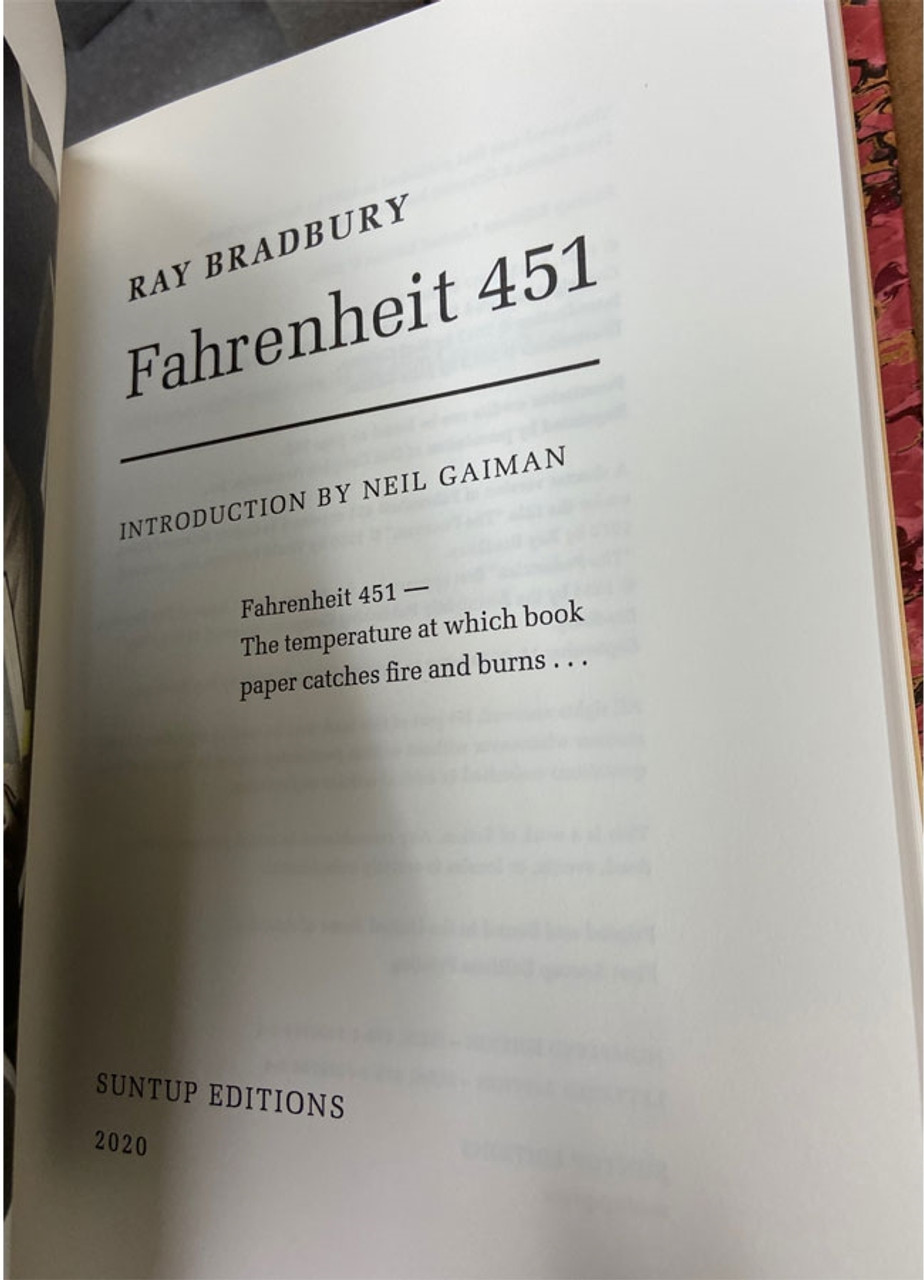 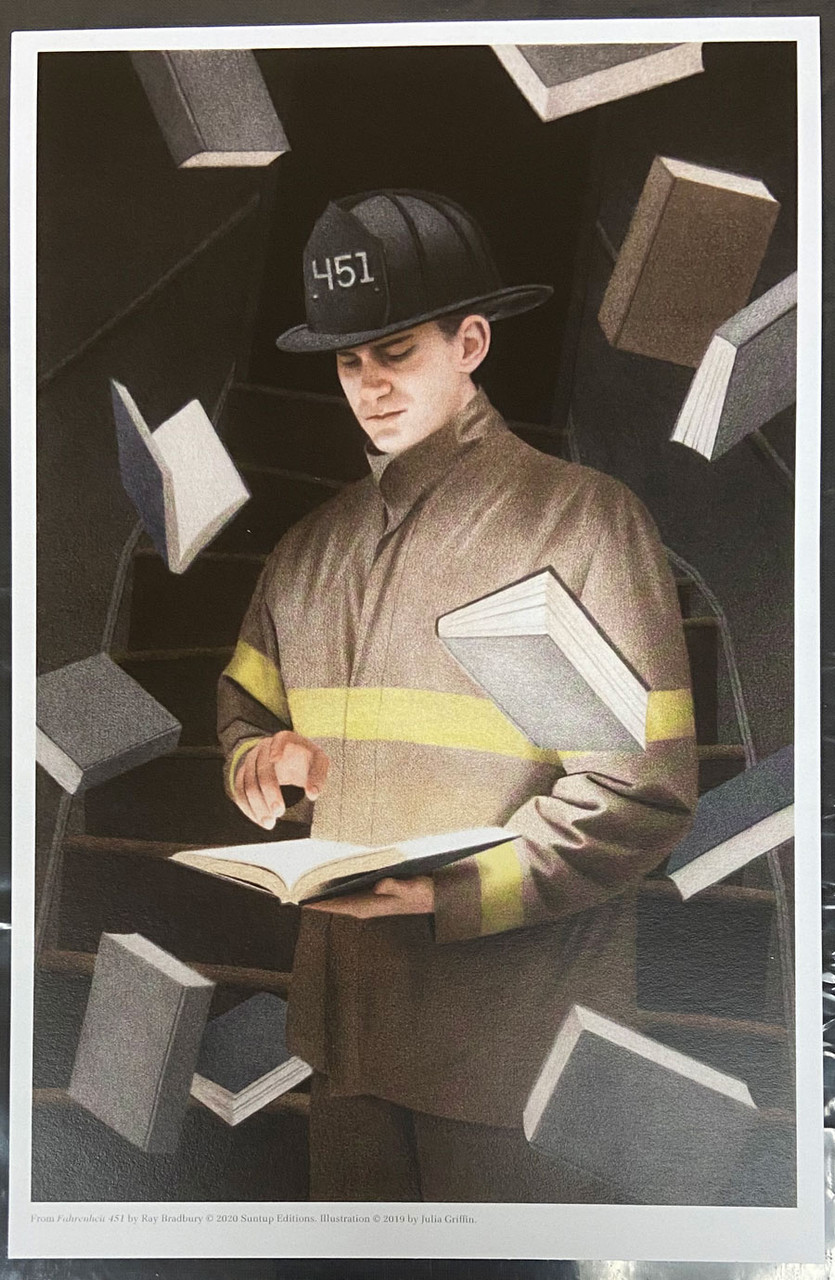 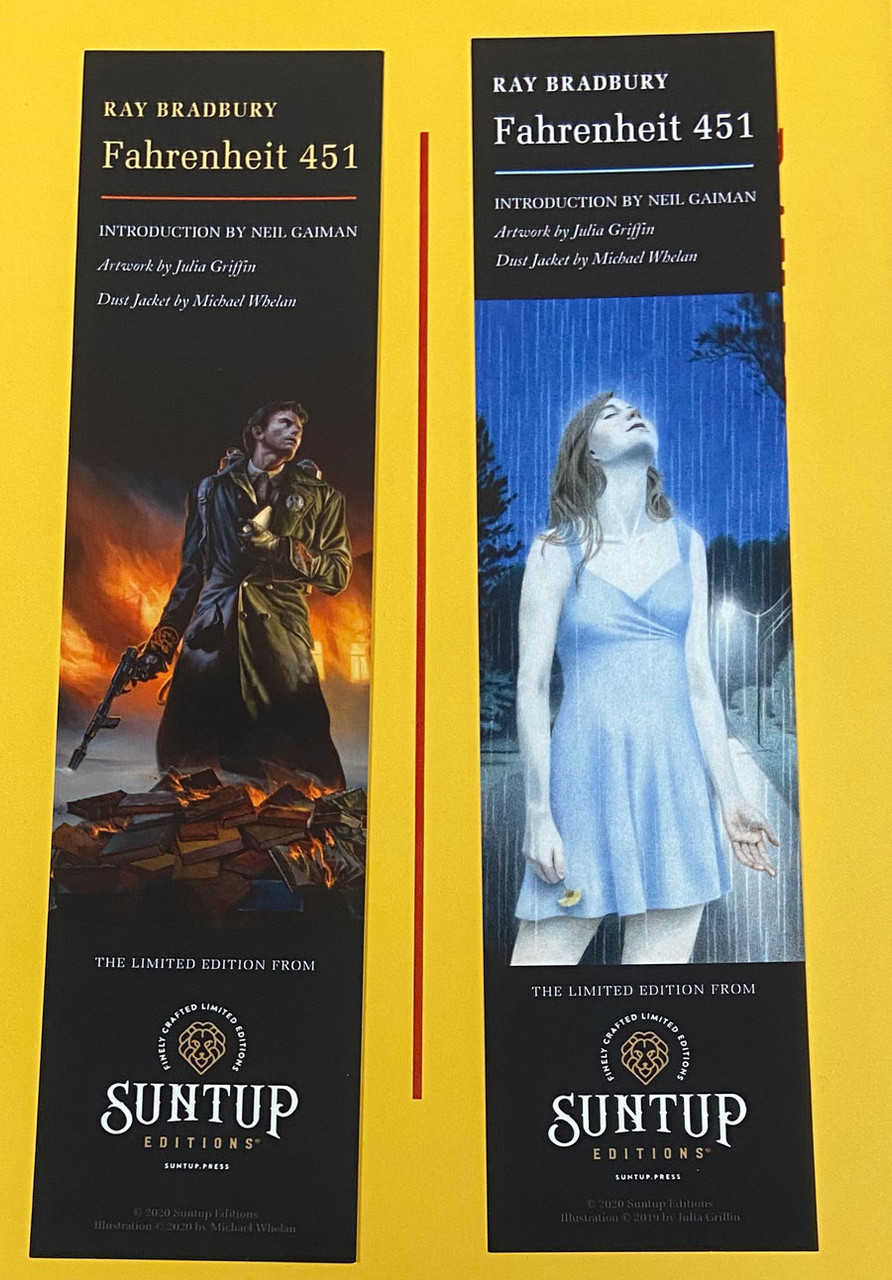 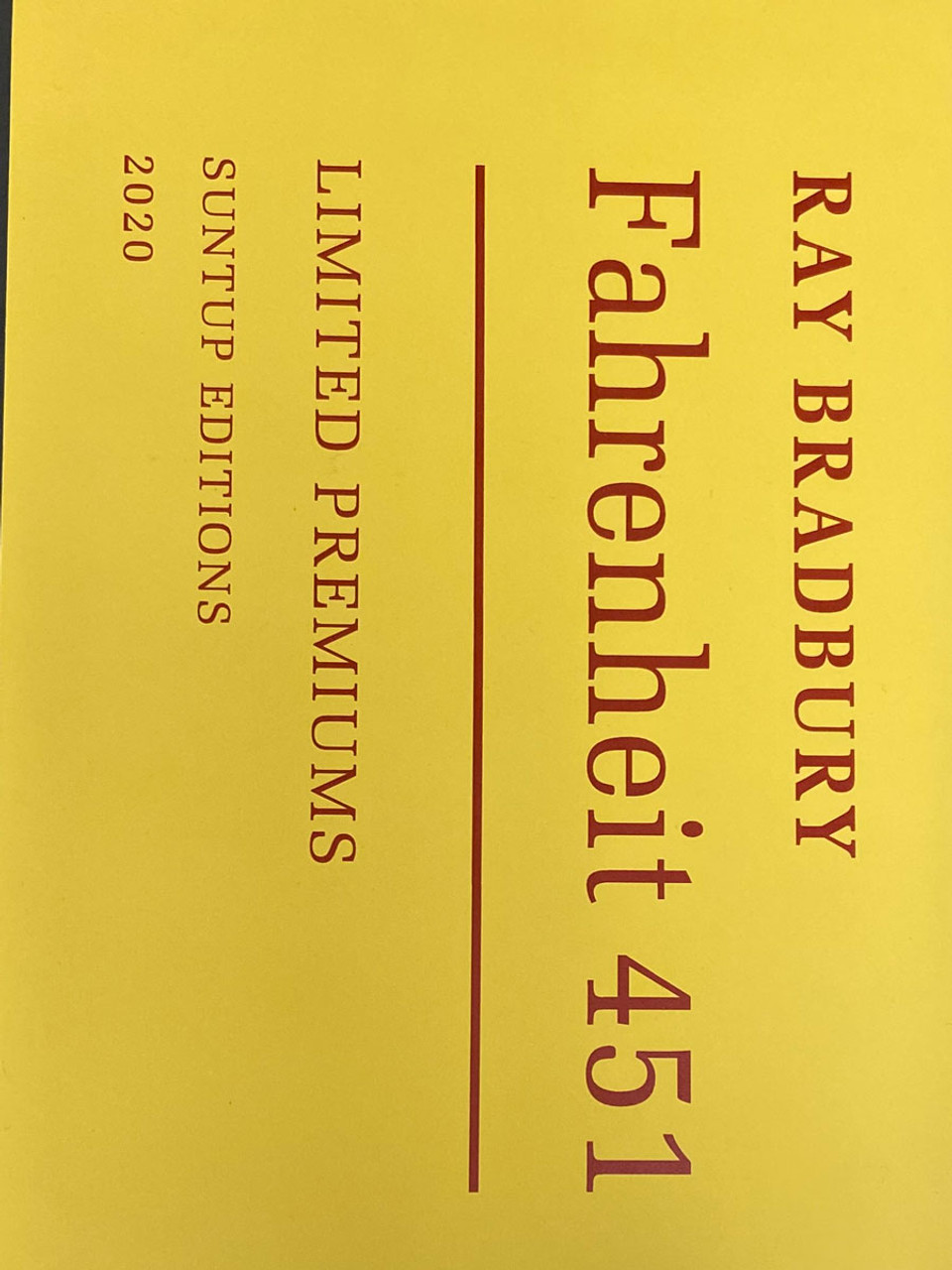 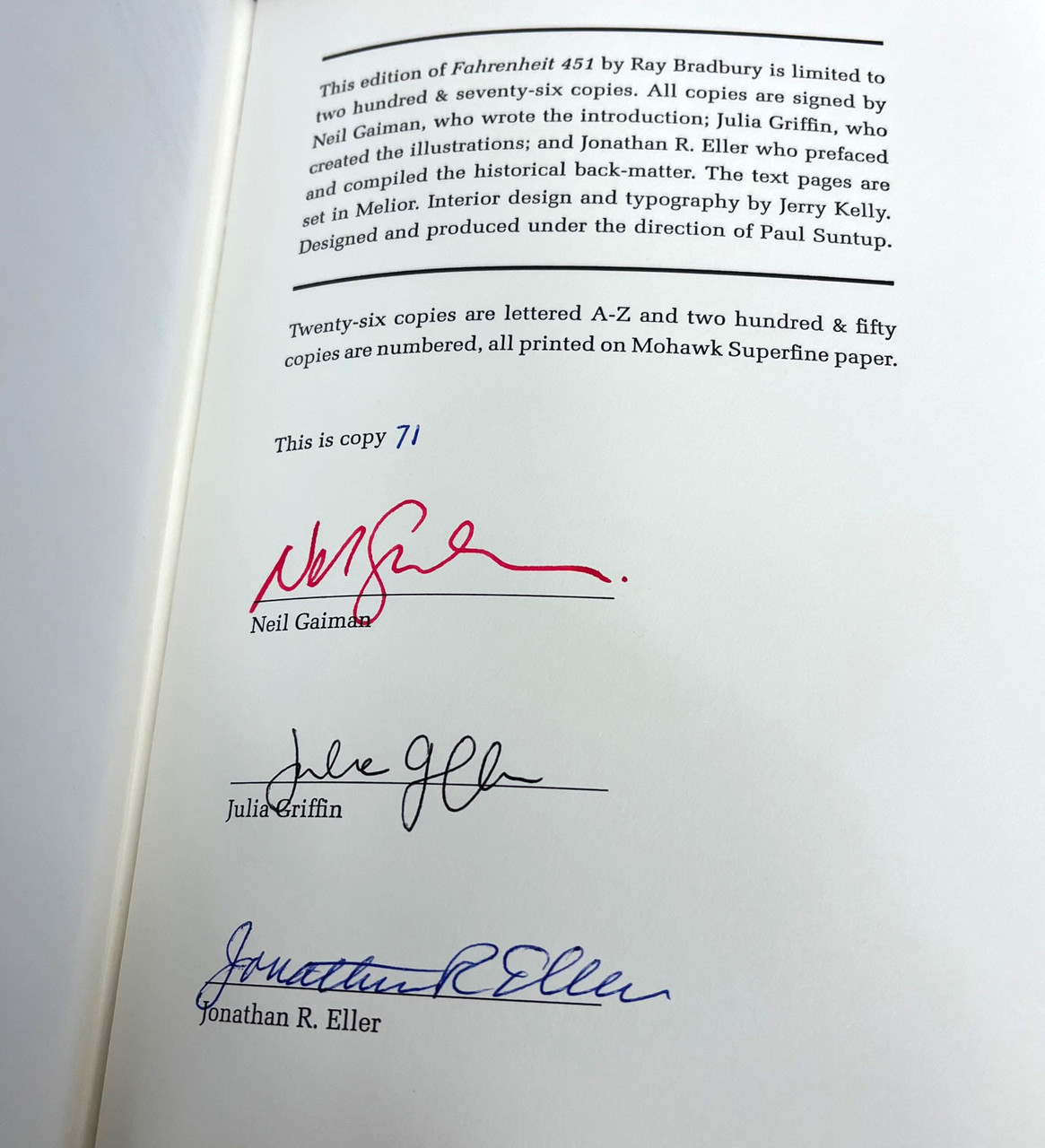 “It was a pleasure to burn.” —Ray Bradbury, Fahrenheit 451 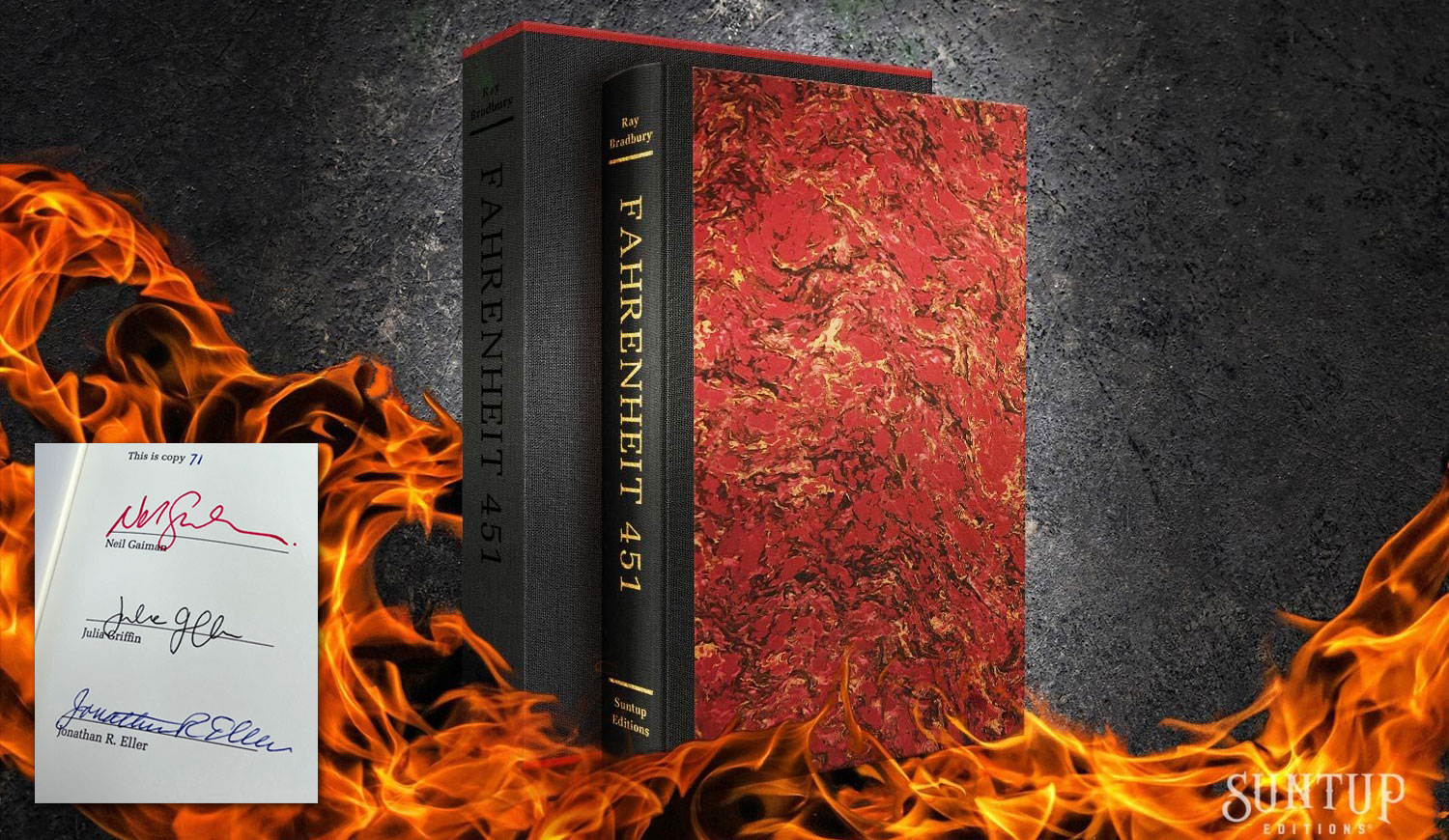 Suntup Press 2020. Ray Bradbury "Fahrenheit 451" Signed Limited Edition. Slipcased. This Numbered edition is limited to only 250 copies and is quarter bound in Italian cloth with decorative French marbled paper covers. The spine is hot foil stamped, and the edition is printed letterpress on Mohawk Superfine. The top edge is gilded in copper and the edition is housed in a dual cloth covered slipcase with hot foil stamping on the spine. Introduction by Neil Gaiman.

Limited to only 250 signed and numbered copies!

This year marks the Centennial of Ray Bradbury’s birth, and to celebrate the life and work of this beloved and visionary author, Suntup Editions is delighted to announce a fine press limited edition of Fahrenheit 451.

Highly regarded as Ray Bradbury’s masterpiece, Fahrenheit 451 depicts a dystopian society in which all books are outlawed and burned. The novel follows the personal evolution and journey of Guy Montag, from a fireman for whom it is a pleasure to burn books, to a man disillusioned with the censoring of knowledge and dedicated to the preservation of literature.

In a 1956 interview, Bradbury said, “I wrote this book at a time when I was worried about the way things were going in this country four years ago. Too many people were afraid of their shadows; there was a threat of book burning. Many of the books were being taken off the shelves at that time.”

Bradbury has also described the book as a commentary on resistance to conformity, and how mass media can create a lack of interest in reading literature.

Though considered one of the greatest science-fiction novels of all time, much of Fahrenheit 451 has become science-fact. The novel predicted earbud headphones, flatscreen televisions, and 24-hour banking machines.

In 1954, Fahrenheit 451 won the American Academy of Arts and Letters Award in Literature and the Commonwealth Club of California Gold Medal. It later won the Prometheus “Hall of Fame” Award in 1984, and a “Retro” Hugo Award in 2004, one of only seven Best Novel “Retro” Hugo Awards ever given.

The fine press limited edition of Fahrenheit 451 by Ray Bradbury is presented in three states: Lettered, Numbered and Artist Gift editions. This is the Numbered state of only 250 copies produced.

Shipping with this Numbered edition of Fahrenheit 451 is this limited premium set of a 6” x 9” print, two 2” x 8” bookmarks and printed envelope. 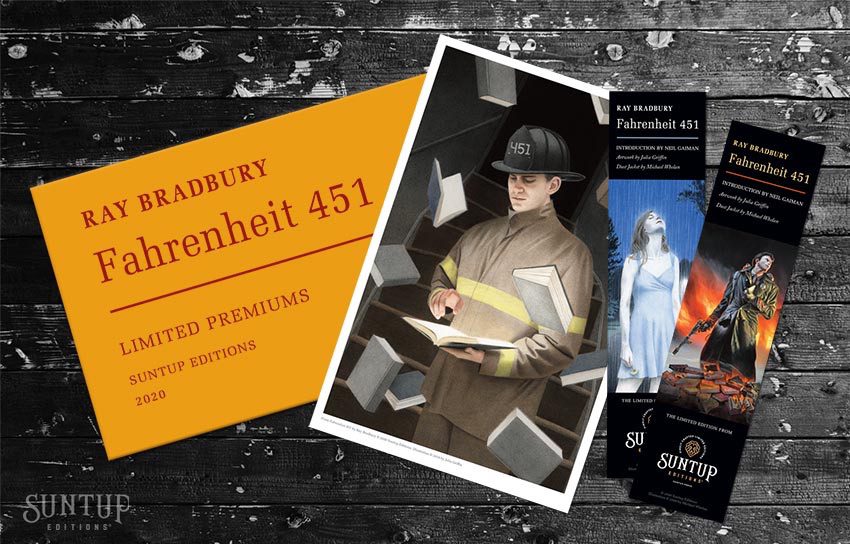 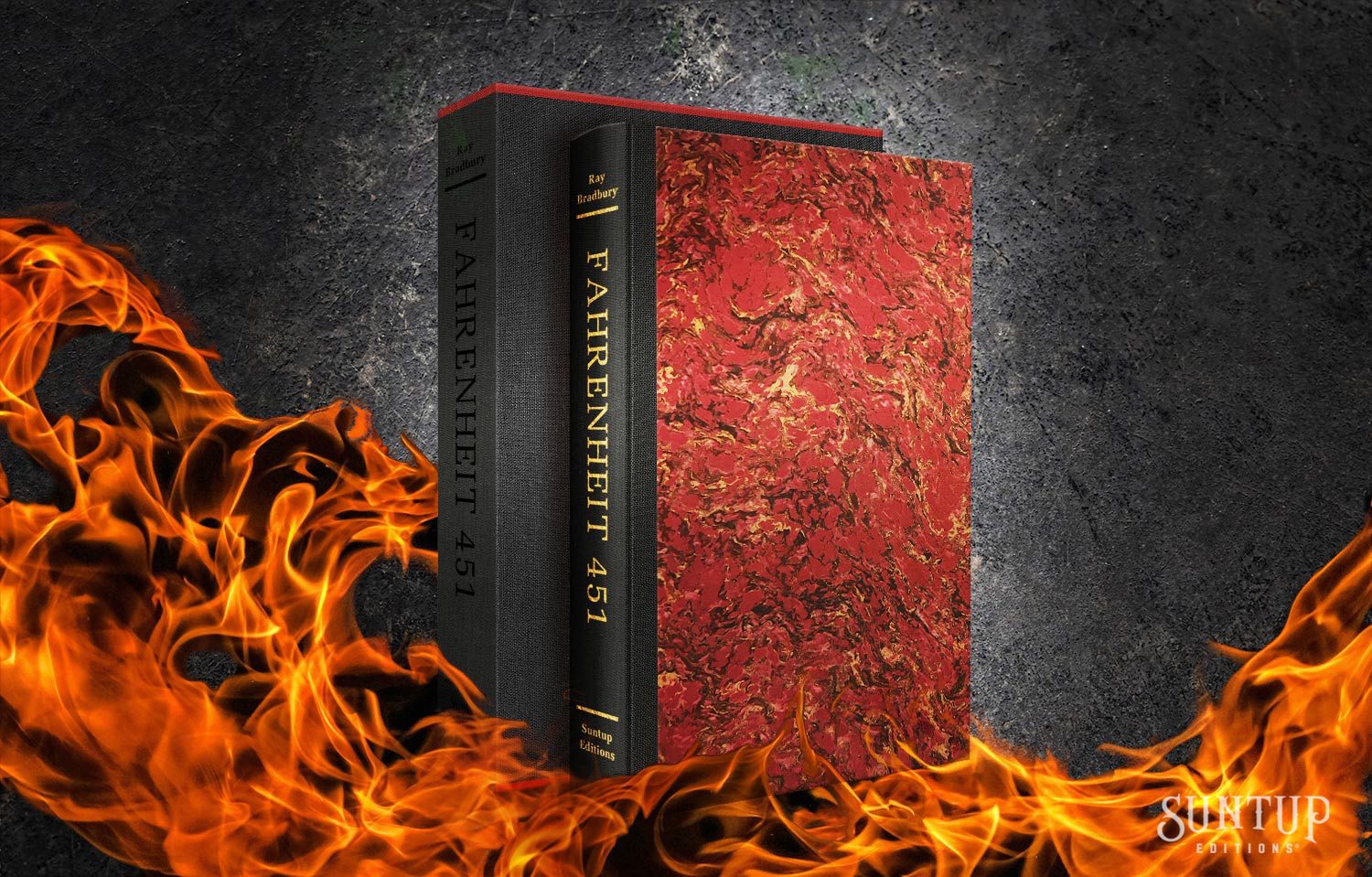 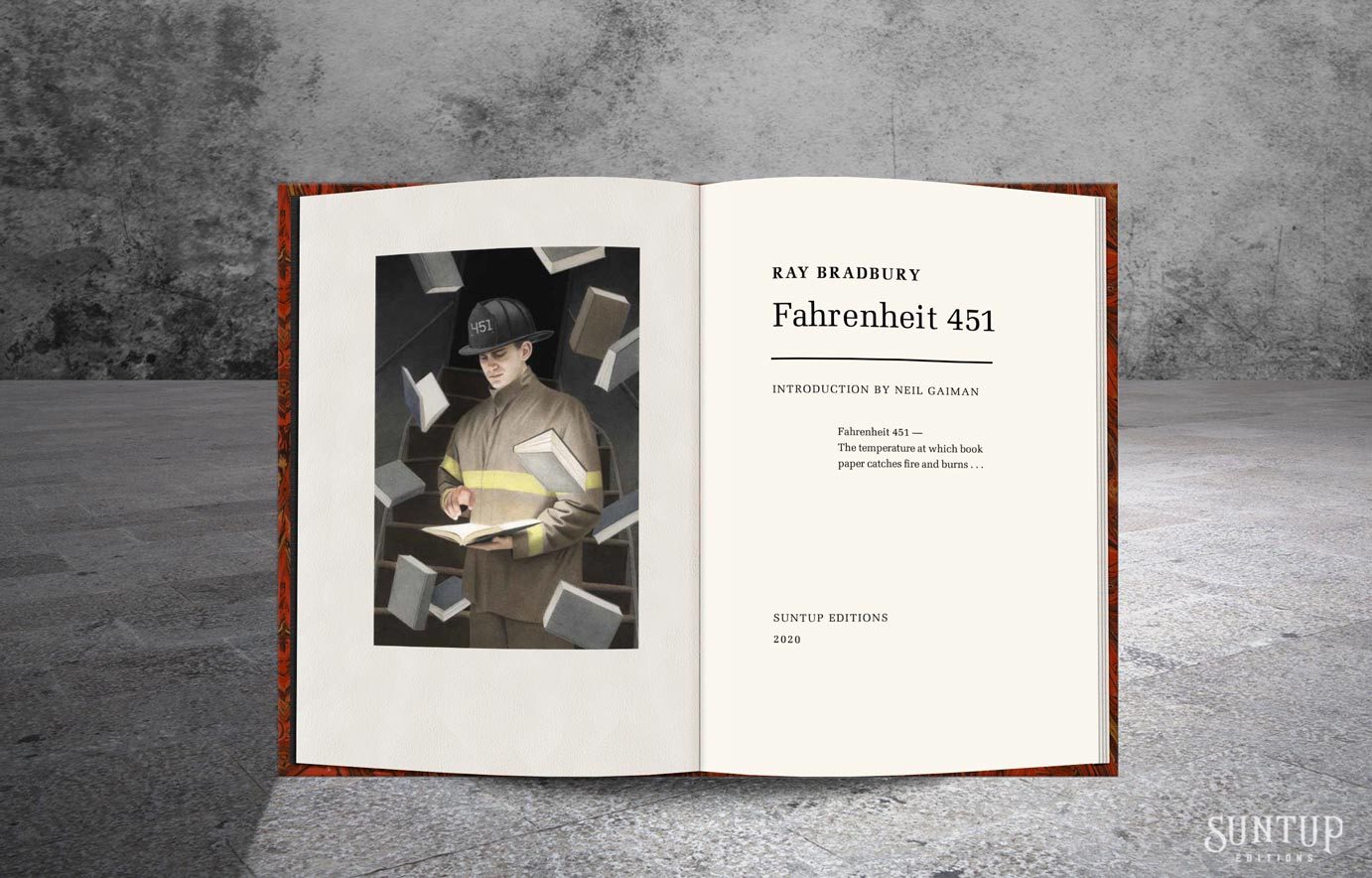 VERY FINE GUARANTEED. As New from the publisher. A wonderful bright clean copy free of any writing or stamps. Sharp corners that have not been bumped. Unread book with square and tight binding. No bookplates attached or indication of any removed. Edges are free of any marks, spots, scratches, or blemishes.