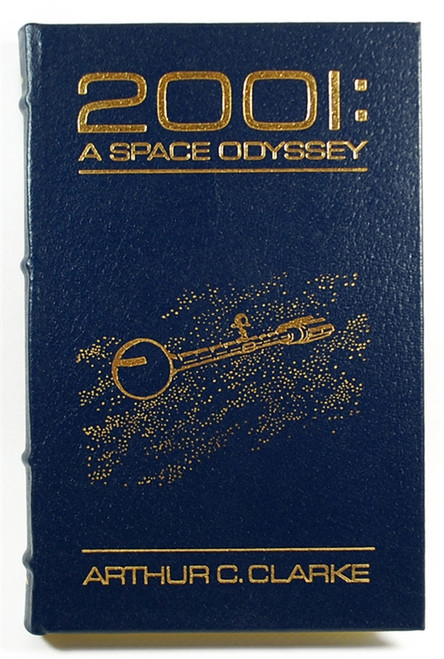 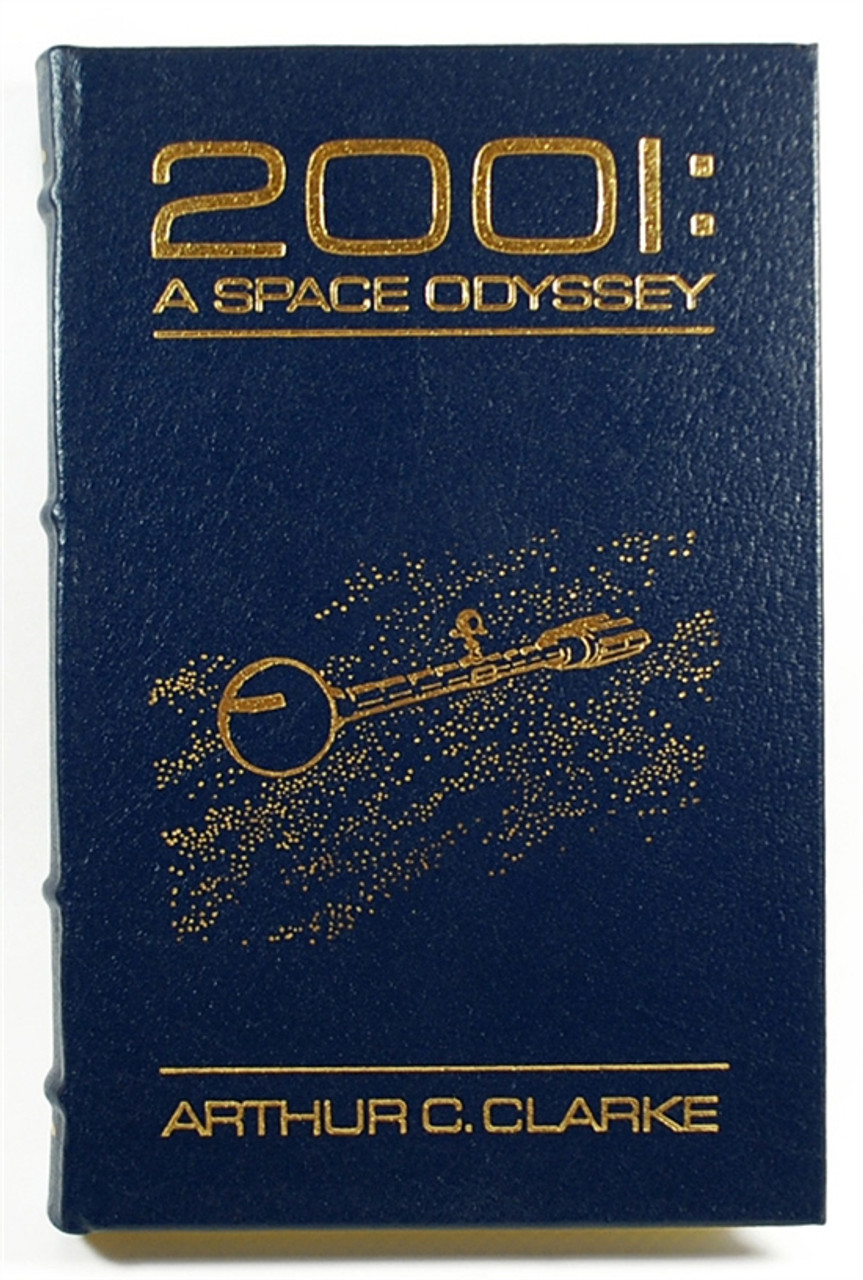 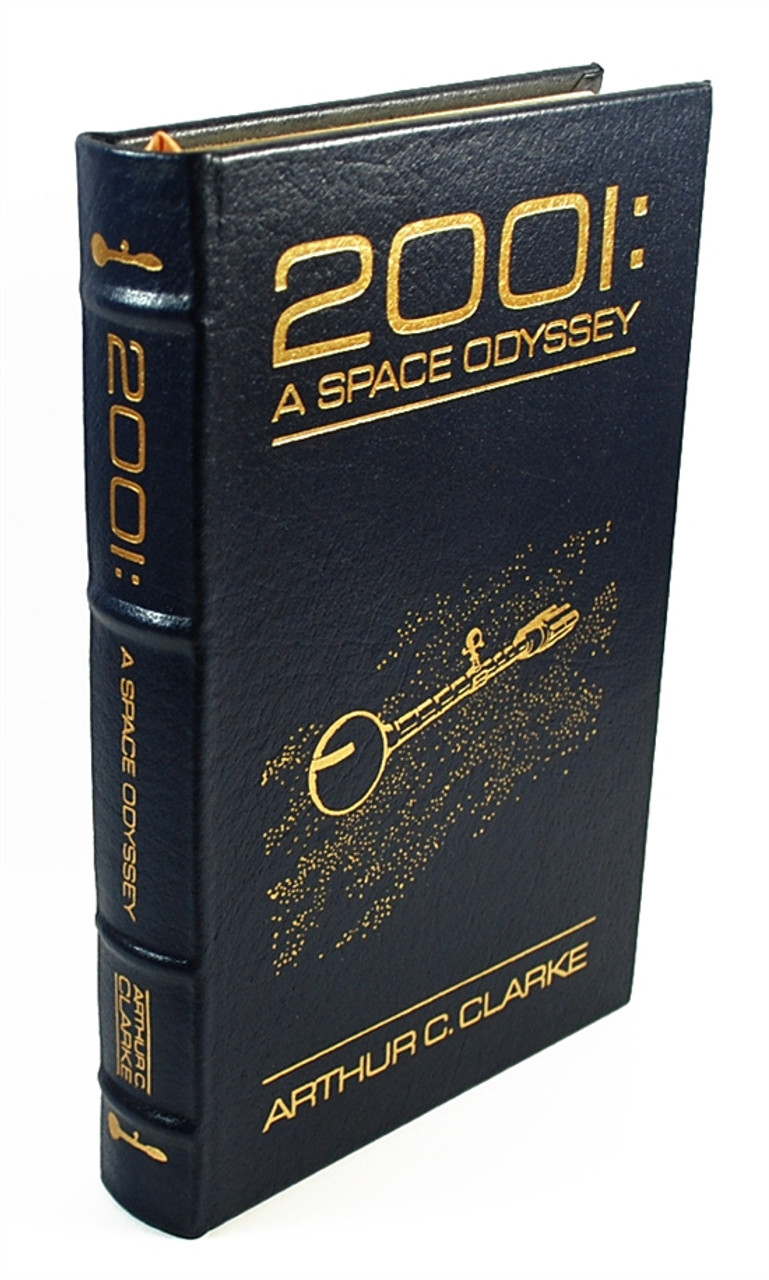 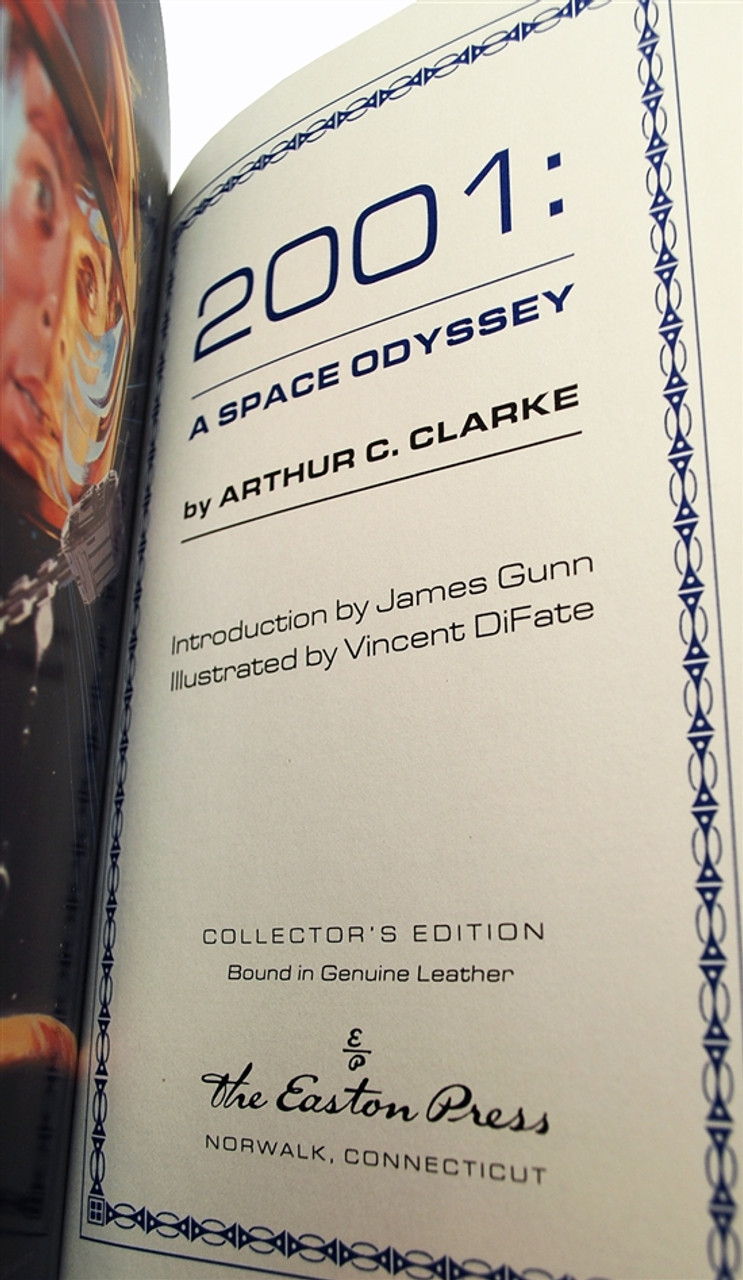 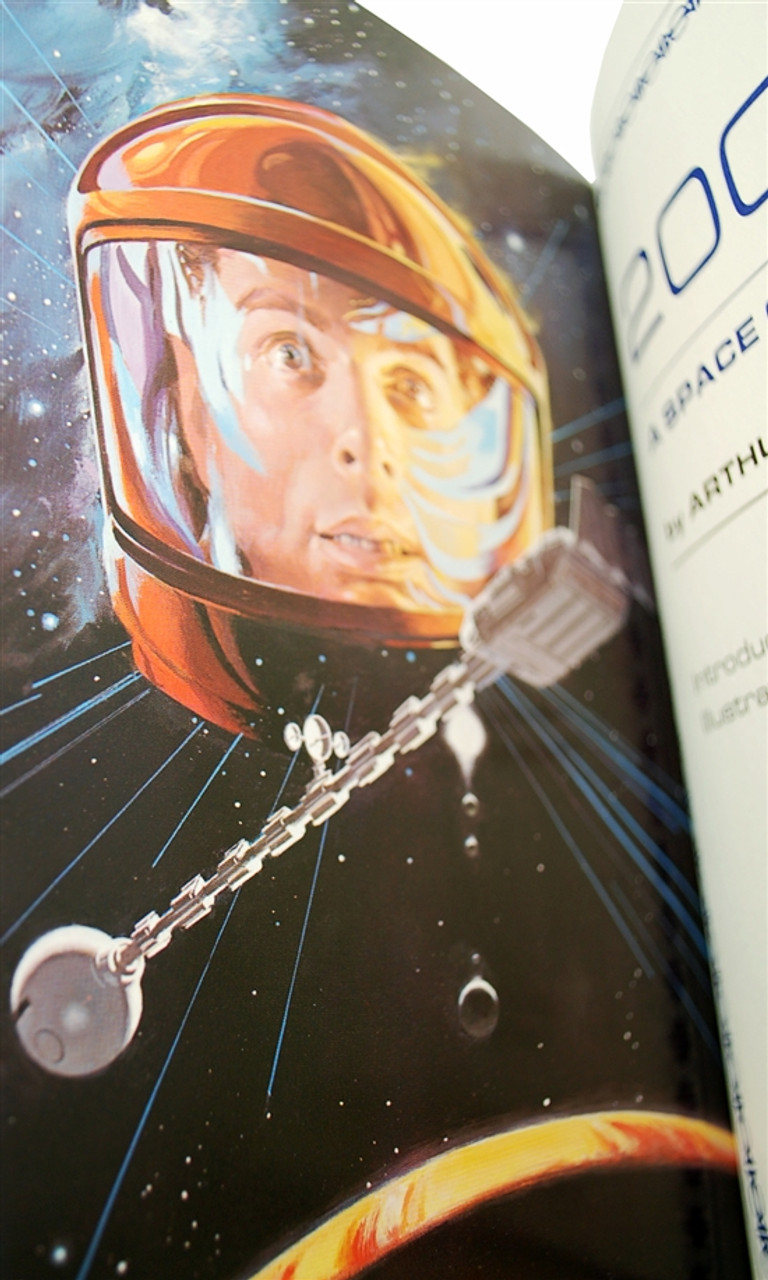 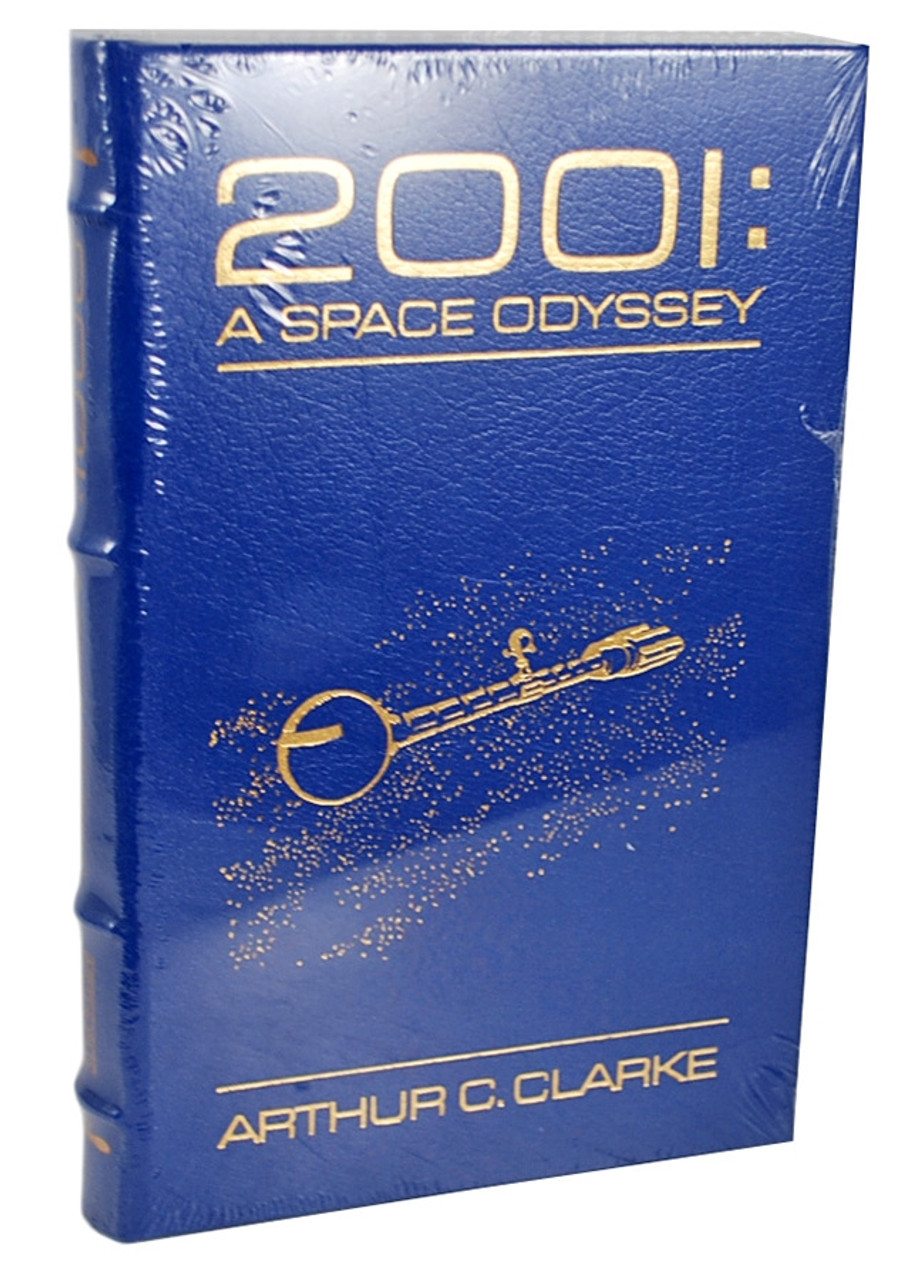 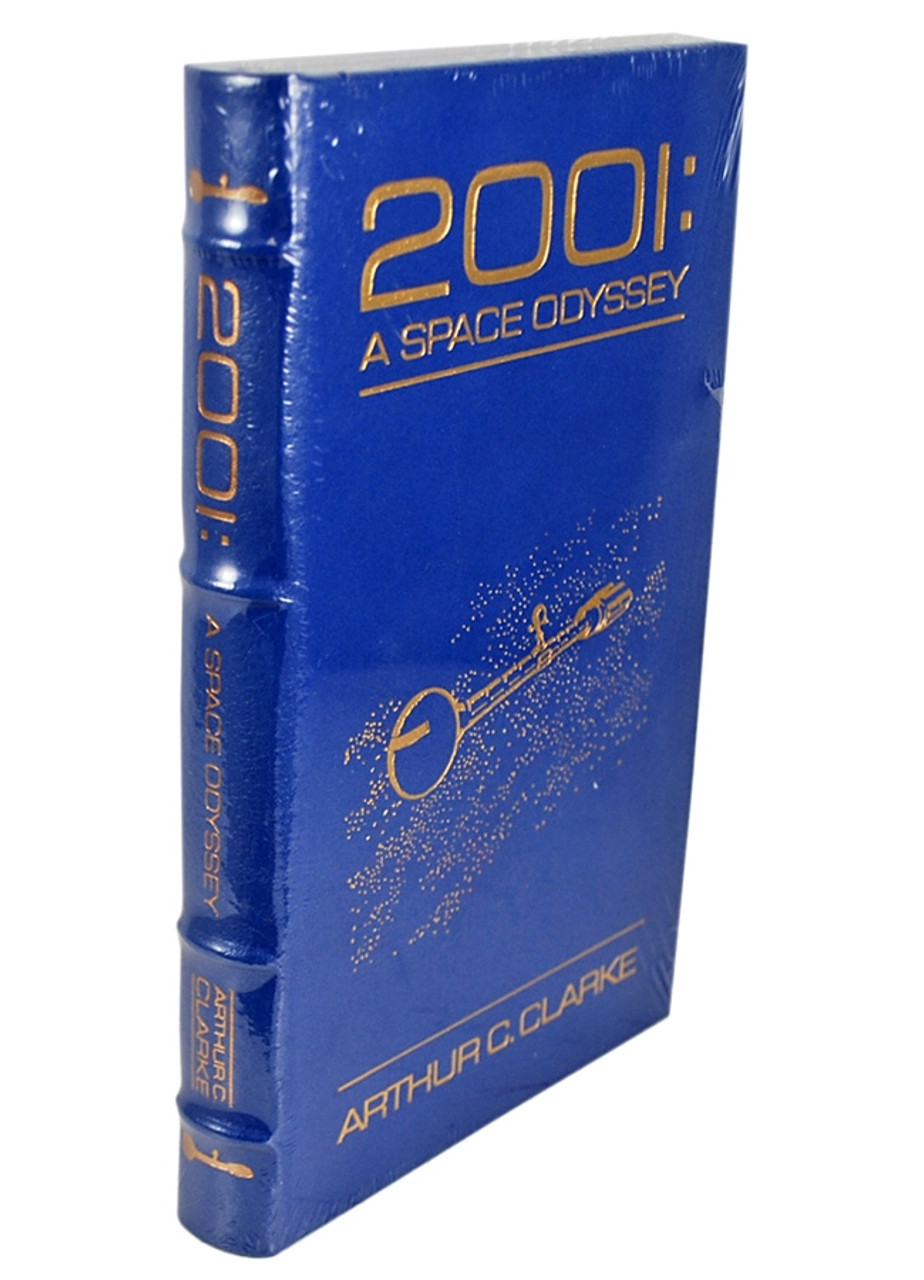 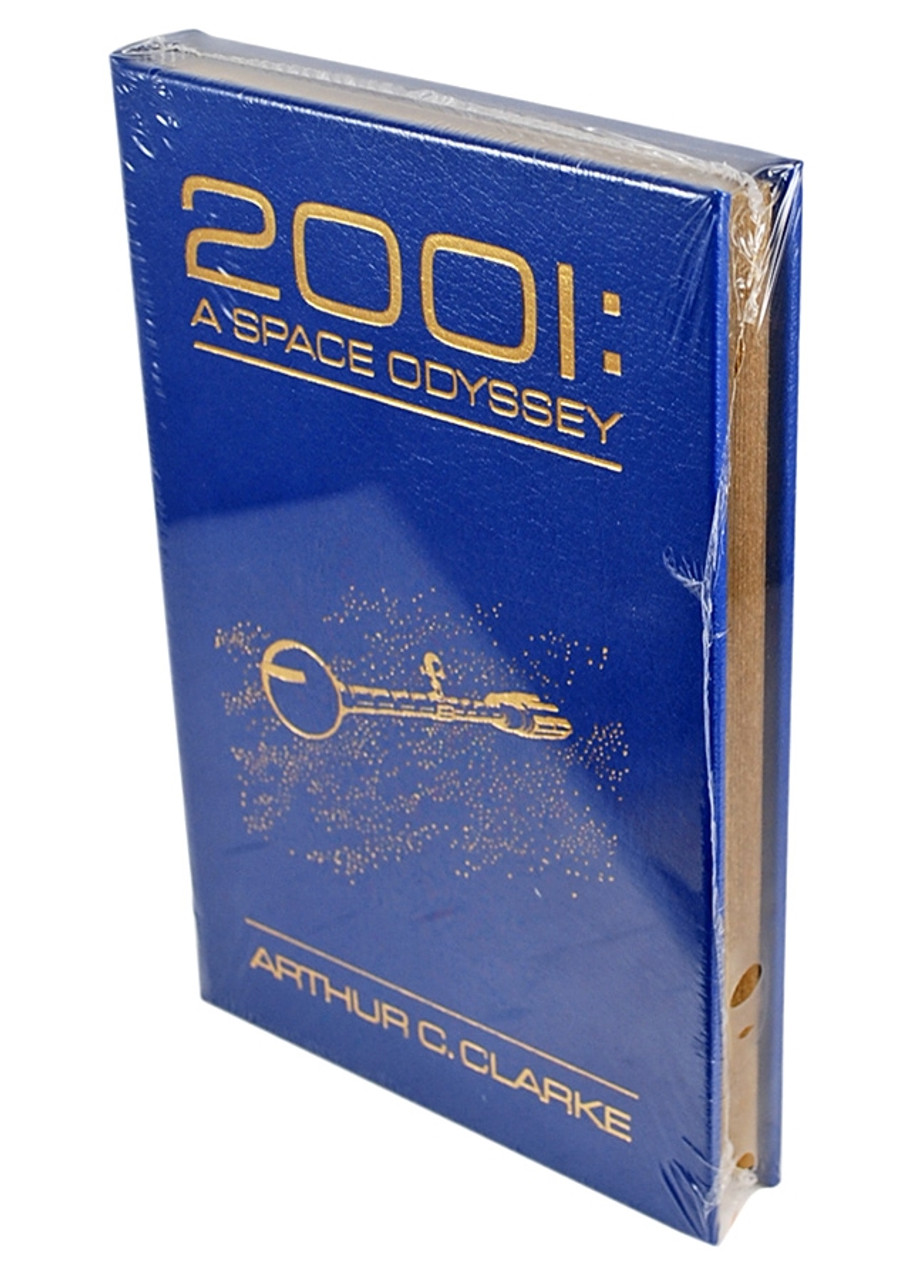 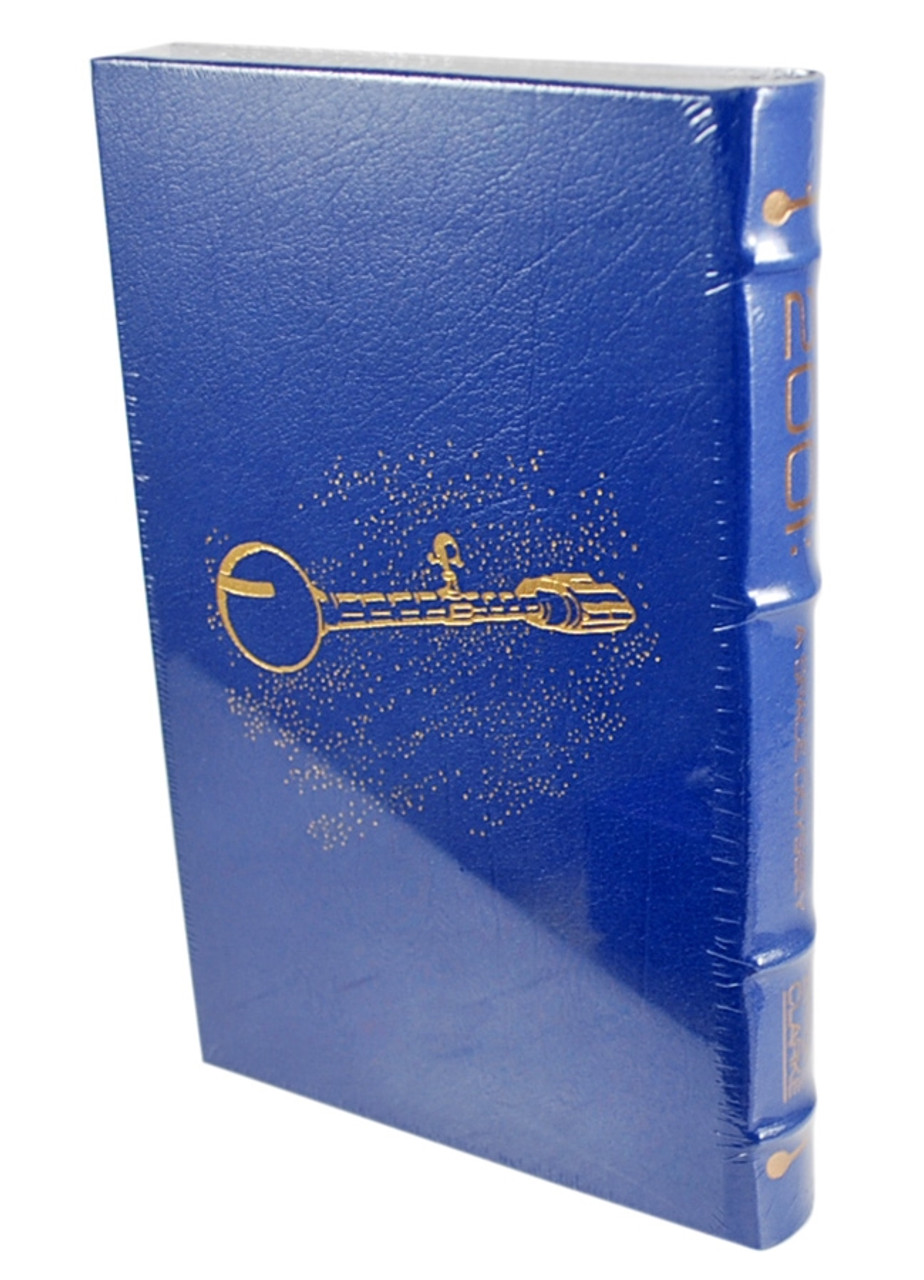 Easton Press books are bound in genuine premium leather and come with a permanent satin ribbon page marker. The spines of these luxurious books are accented in 22-karat gold and are hubbed with traditional raised rings. Each unique binding is decorated with a deeply inlaid design of 22-karat gold. The page ends are gilded in 22-karat gold for beauty and protection against dust and humidity.

Easton Press Books are also printed on archival-quality acid-neutral paper that is Smyth-sewn for strength and durability.

When an enigmatic monolith is found buried on the moon, scientists are amazed to discover that it's at least 3 million years old. Even more amazing, after it's unearthed the artifact releases a powerful signal aimed at Saturn. What sort of alarm has been triggered? To find out, a manned spacecraft, the Discovery, is sent to investigate. Its crew is highly trained--the best--and they are assisted by a self-aware computer, the ultra-capable HAL 9000. But HAL's programming has been patterned after the human mind a little too well. He is capable of guilt, neurosis, even murder, and he controls every single one of Discovery's components. The crew must overthrow this digital psychotic if they hope to make their rendezvous with the entities that are responsible not just for the monolith, but maybe even for human civilization.

Clarke wrote this novel while Stanley Kubrick created the film, the two collaborating on both projects. The novel is much more detailed and intimate, and definitely easier to comprehend. Even though history has disproved its "predictions," it's still loaded with exciting and awe-inspiring science fiction.

2001: A Space Odyssey is the classic science fiction novel that changed the way we looked at the stars and ourselves....

2001: A Space Odyssey inspired what is perhaps the greatest science fiction film ever made- brilliantly imagined by the late Stanley Kubrick....

"Full of poetry, scientific imagination and typically wry Clarke wit. By standing the universe on its head, he makes us see the ordinary universe in a different light...a complex allegory about the history of the world."-The New Yorker "Brain-boggling." -Life

"Clark has constructed an effective work of fiction...with the meticulous creation of an extraterrestrial environment...Mr. Clark is a master."--Library Journal

Sir Arthur C. Clarke has over twenty million copies of his books in print, including three million of 2001, and has won every imaginable science fiction award, including the Science Fiction Writers of America Grand Master Award for lifetime achievement in 1986. A former radar officer for the RAF, he invented the Communication Satellite, garnering him a nomination for the Nobel Peace Prize. In 1998 he was knighted by Queen Elizabeth for Services to Literature.