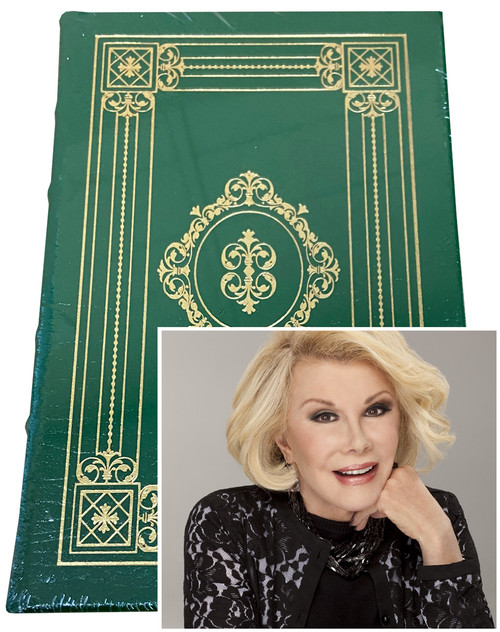 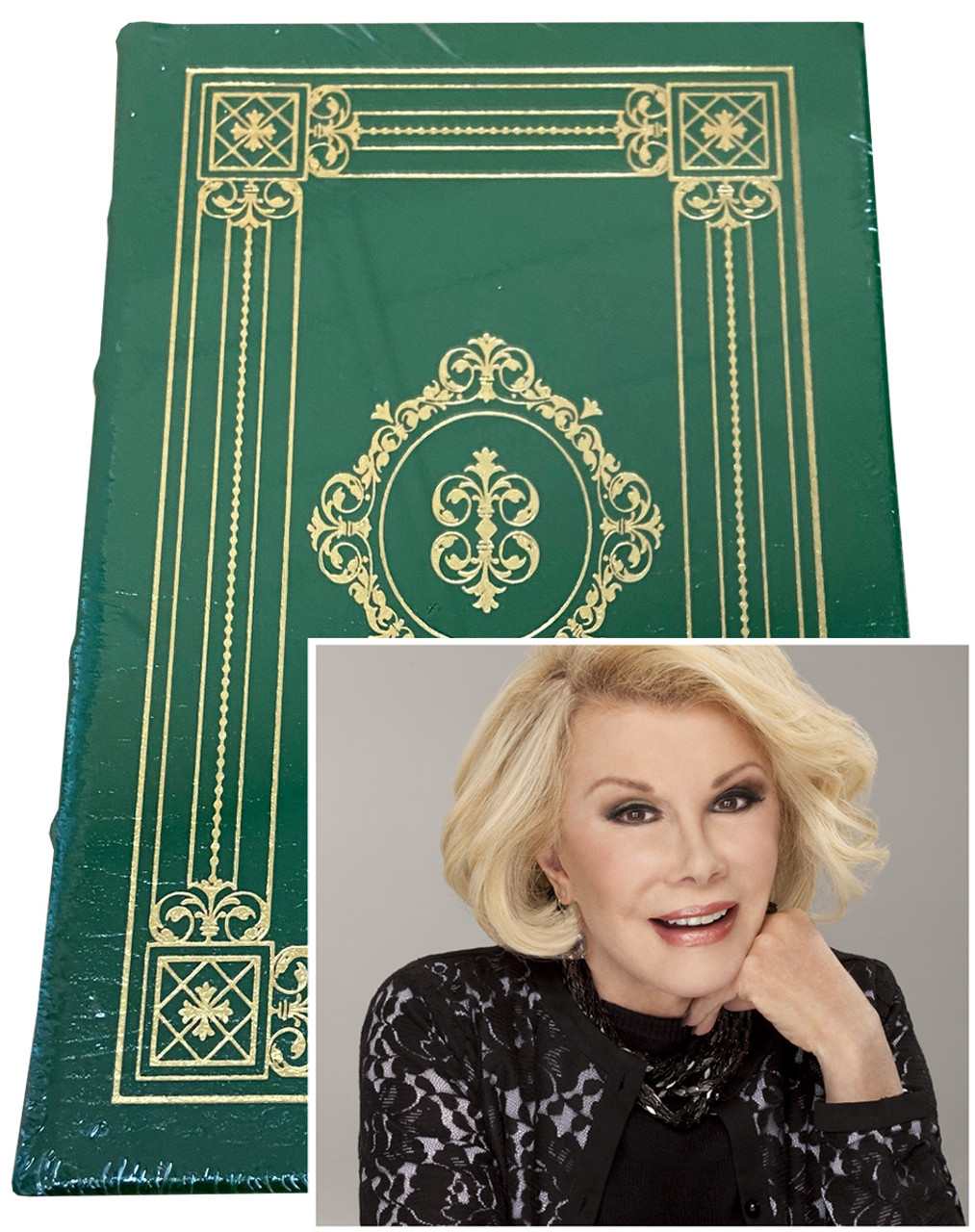 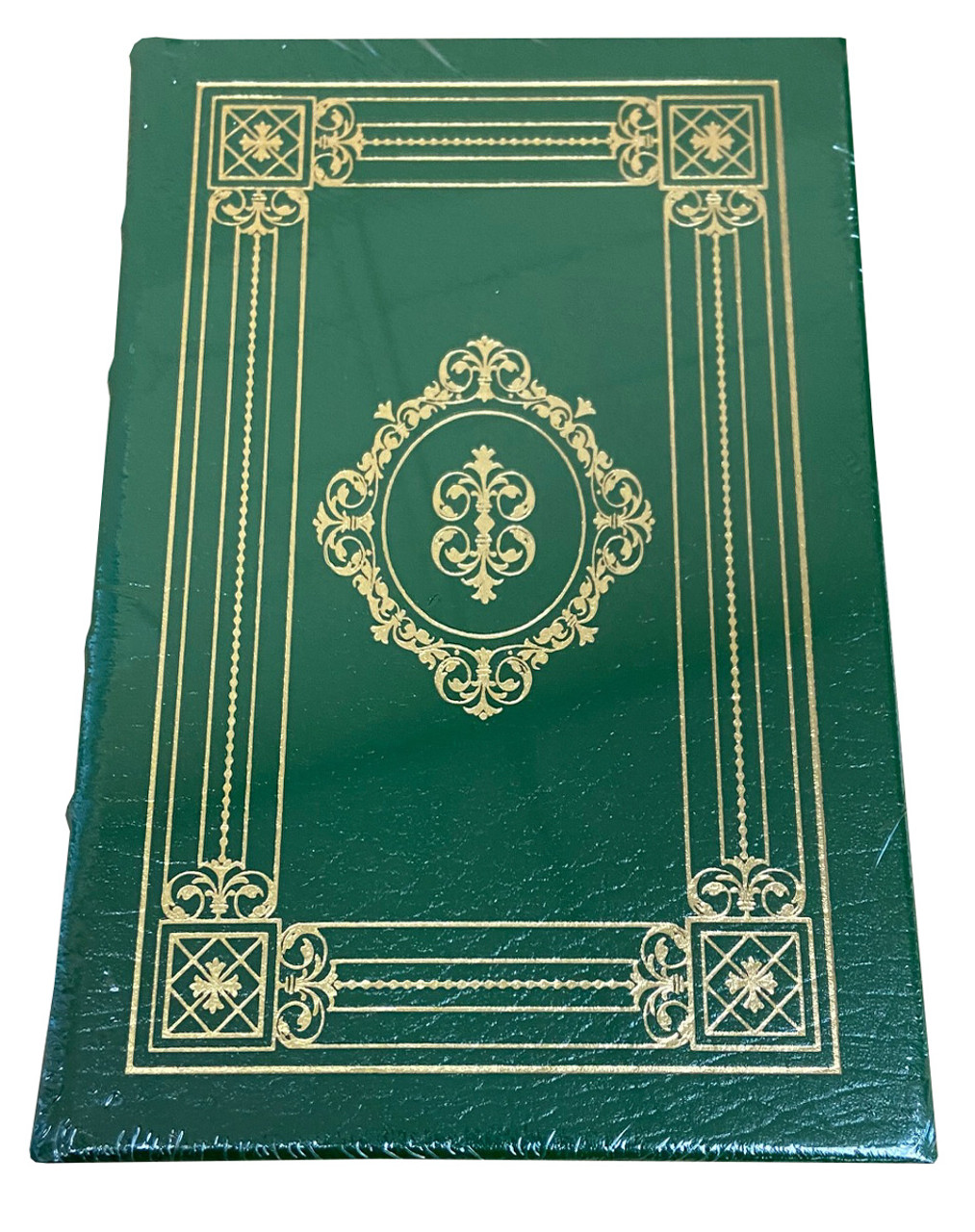 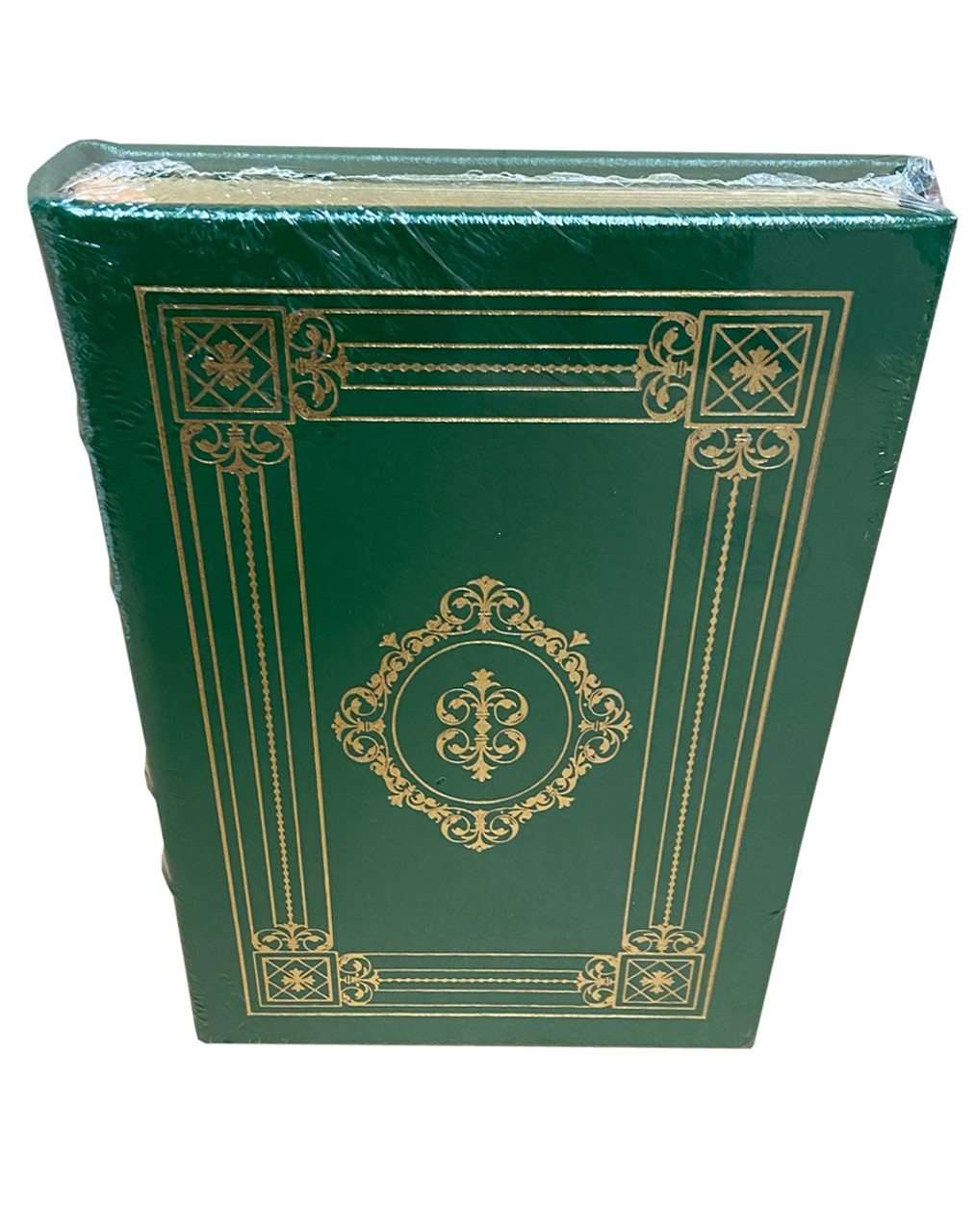 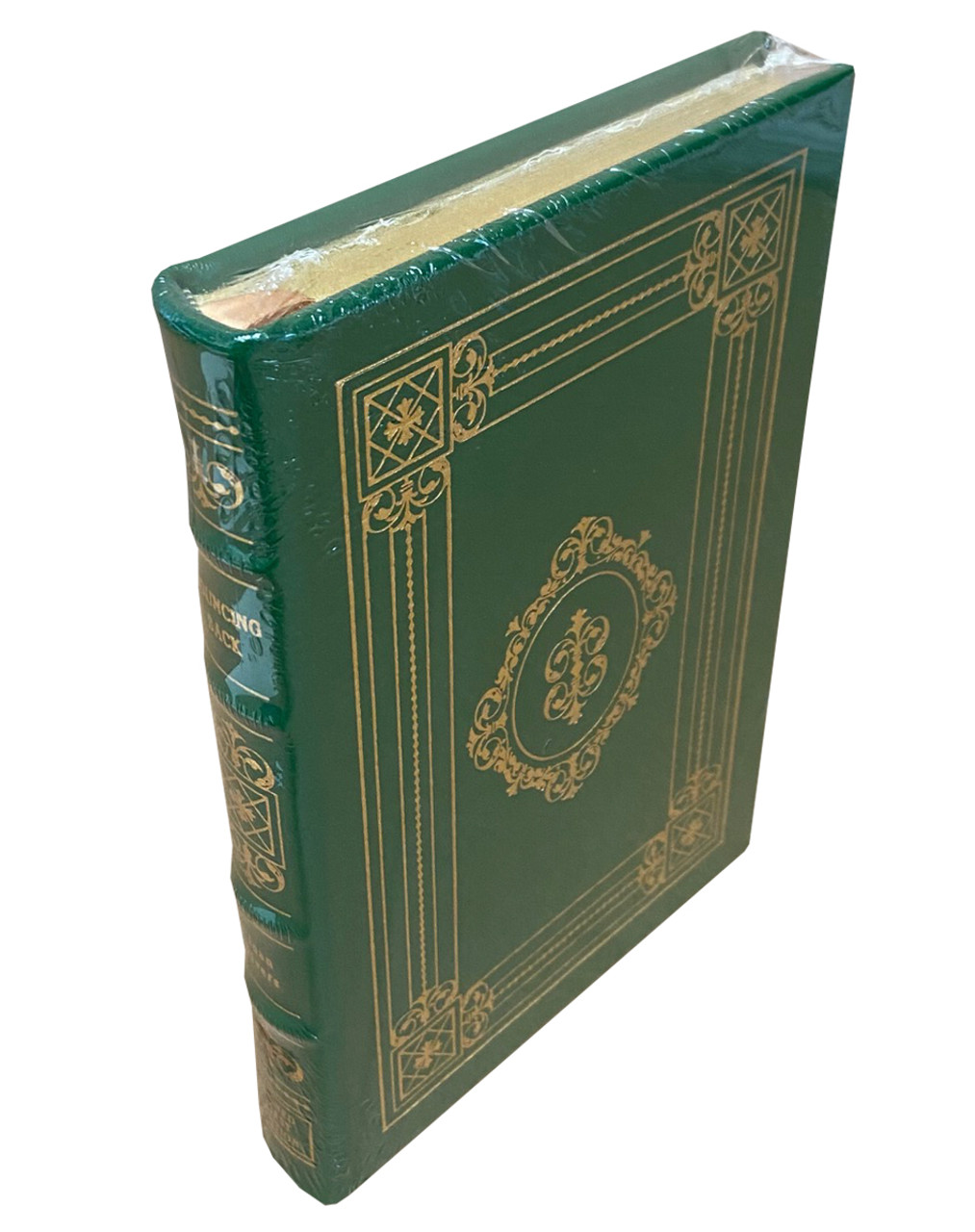 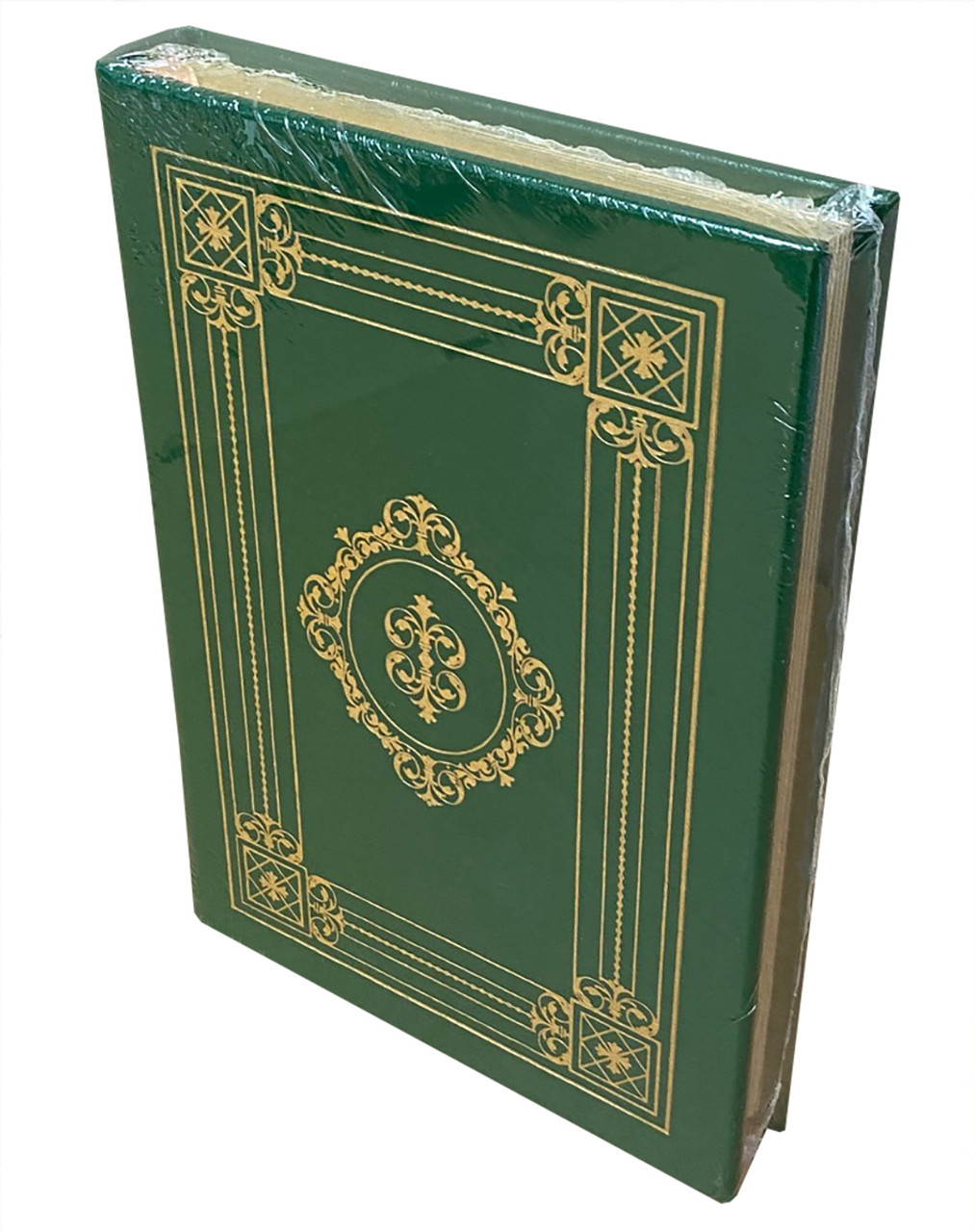 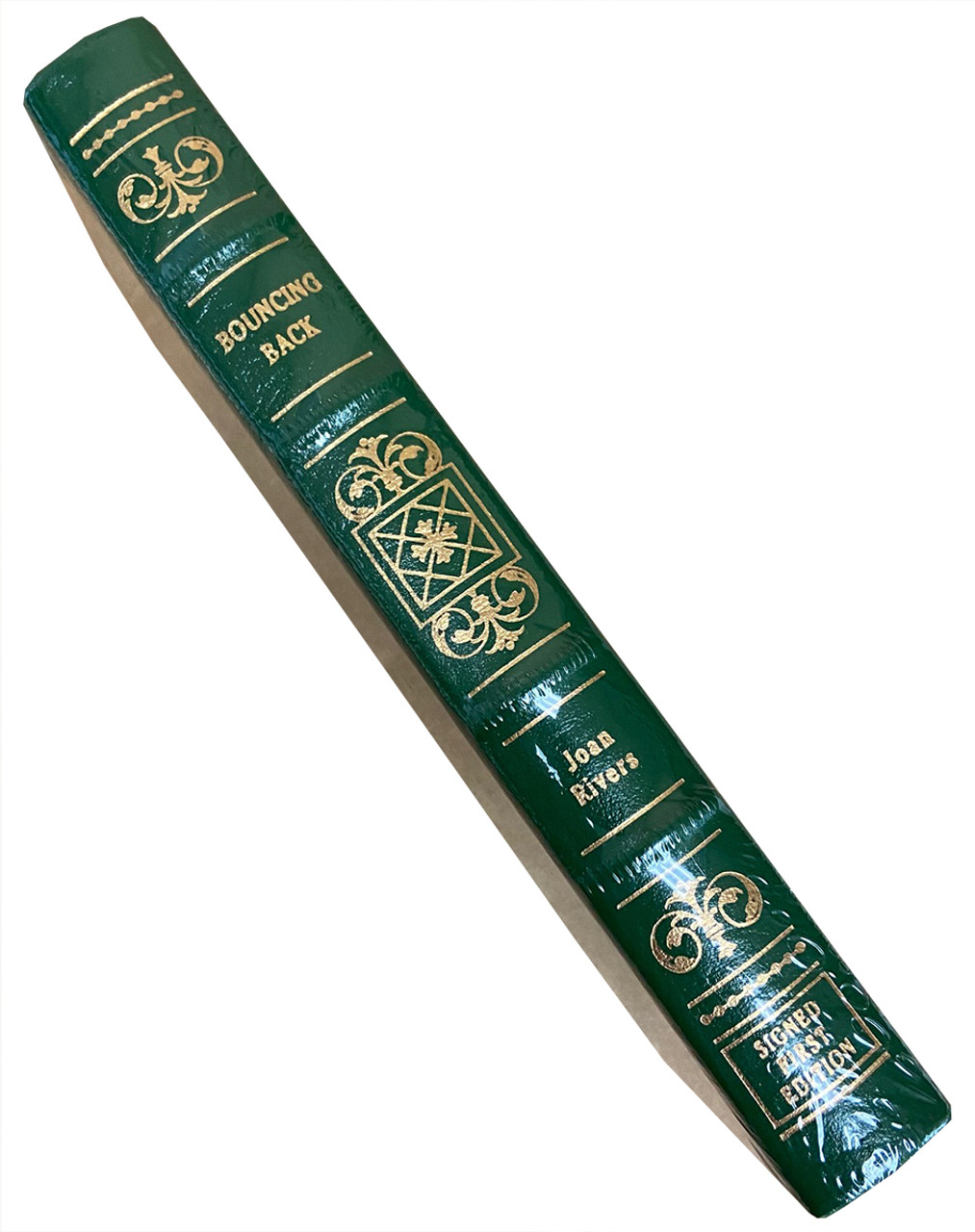 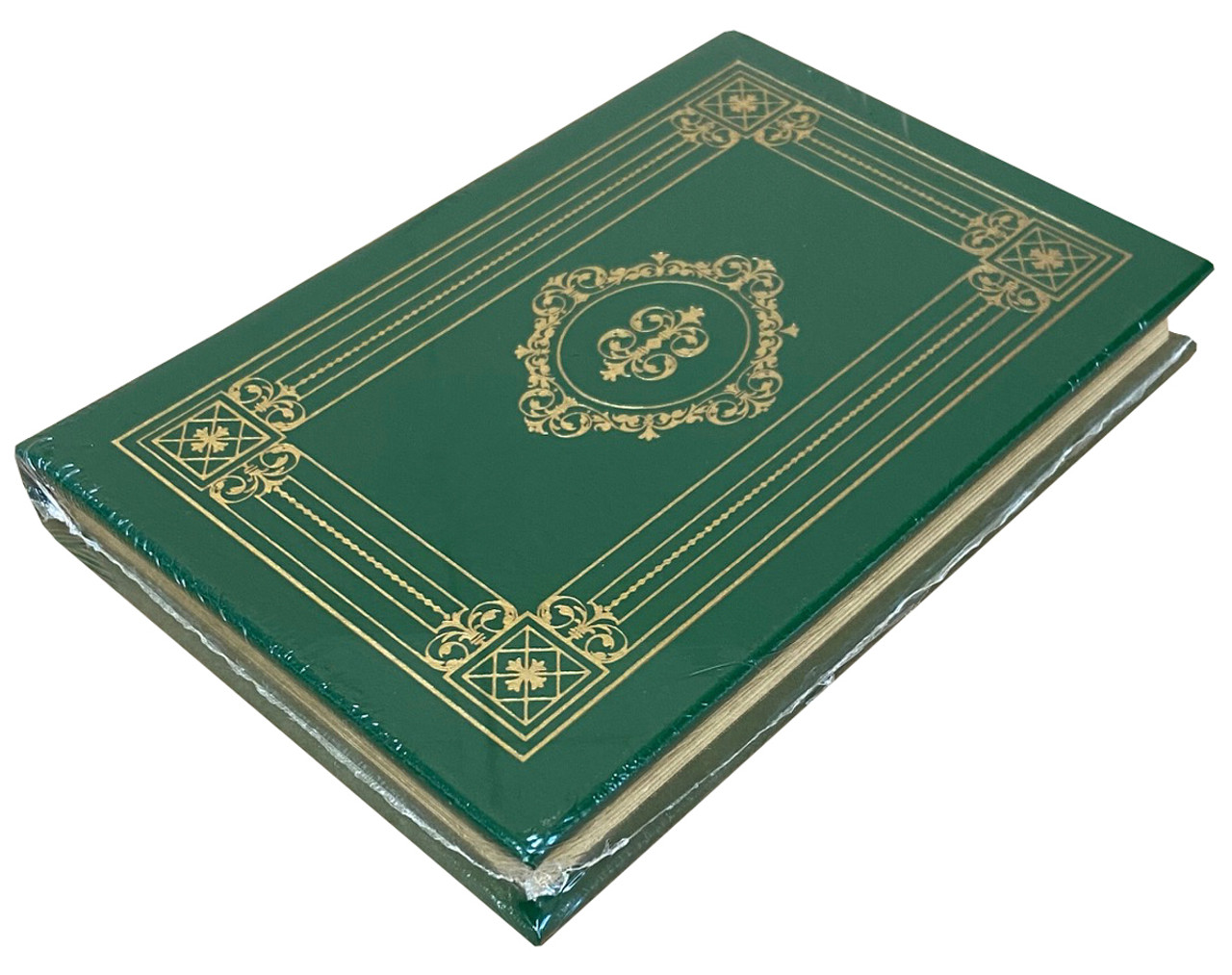 SIGNED FIRST EDITION OF ONLY 1,500 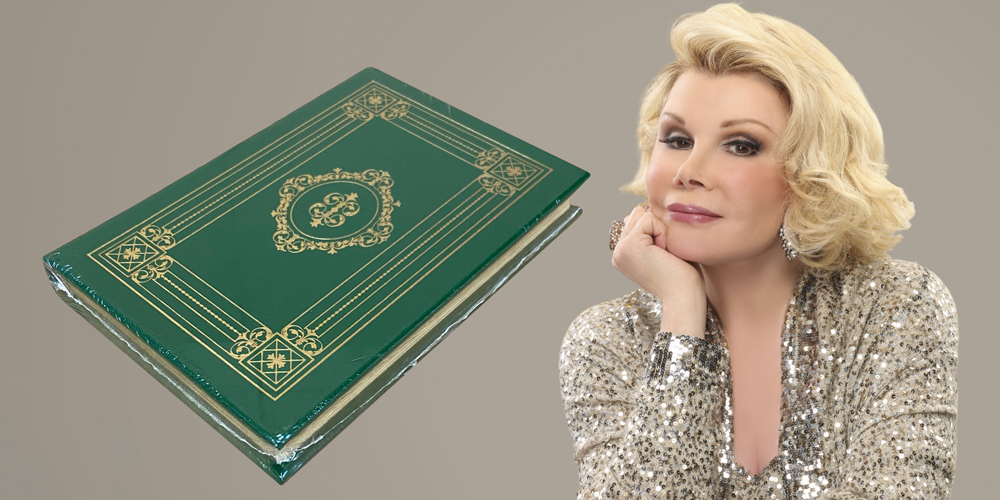 Easton Press, Norwalk. CT. 1997. Joan Rivers "Bouncing Back: I've Survived Everything ... and I Mean Everything ... and You Can Too!" Signed First Edition of only 1,500 produced. This collector's edition has been luxuriously bound in full genuine leather. A magnificent leather-bound heirloom that has been signed on a special limitation page by the author, Joan Rivers. COA from Easton Press guarantees the signature authenticity. This item also includes an unattached bookplate for your own personalization. Book accented in 22kt gold.

In Bouncing Back, the author combines inspirational thoughts with humor to describe how she overcame a series of personal tragedies and setbacks, including her husband's suicide, financial disaster, and estrangement from her daughter.

Her daughter's estrangement, her husband's suicide, her show's cancellation...a while back, Rivers had a truly terrible year. Here she explains how she managed to survive.Copyright 1996 Reed Business Information, Inc.

Rivers may not be the first name that comes to mind when you think of someone to offer a friendly word when your life is in the toilet. But Rivers has been through plenty (as the cover copy states, "I've survived everything . . . and I mean everything . . . and you can, too!"). Besides the suicide of her husband, Rivers has lost her career--several times--and a bad investment cost her a multimillion-dollar jewelry business. But she has bounced back both in her professional and personal lives (her fianceis a billionaire), and though most of her readers aren't going to be bouncing that high, they may profit from her advice. Much of what she has to offer amounts to common sense, like asking friends for help, and some of it borders on cliche, like doing volunteer work to take your mind off your troubles, but River's chatty tone is honest and fresh, and she encourages people to listen to their own inner voices rather than those bombarding them from the outside. Certainly, her upbeat attitude gives hope. At the very least, expect patron requests when Rivers shows up on the talk-show circuit determined to lift viewers' spirits. Ilene Cooper

Can we really talk? Internationally known comic and bestselling author of The Life and Times of Heidi Abramowitz, Enter Talking, and Still Talking , Joan Rivers uses her characteristic verve and wit to candidly reveal how she hit rock bottom and made it back on top.
In one of the most original books of the year, the inimitable Joan Rivers couples a hefty dose of her inspirational ideas on overcoming anything in life with her trademark humor, to produce a book that everyone will want to read to learn how Joan Rivers overcame personal setbacks and tragedies.

As Joan says, the most obvious difference between her worst year and Queen Elizabeth's "annus horribilis" was that , unlike Liz, she managed to stay away from pastel-colored double knits. But, in reality, it was nothing compared to what happened to Rivers: in one year, she endured her husband's suicide, her estrangement from her daughter, the cancellation of her talk show, and near financial ruin. With unbridled humor, compassion, and relentless honesty, Rivers now sheds a sharp light on how she overcame these devestating setbacks to land on her feet and take the public by storm.

Bouncing Back is a very human, no-holds barred approach to overcoming life's setbacks. Anecdotal, funny, yet inspirational, it is sure to be another Rivers' bestseller.

Joan Rivers, the author of many high-profile bestselling books, is the host of cable television's highly rated E! preshow commentary and fashion reviews for the Academy Award, Golden Globe Award, and Emmy Award telecasts. She can be heard nightly on her syndicated talk-radio show and appears regularly on shows such as Live with Regis & Kathy Lee, Politically Incorrect, and on QVC with her popular jewelry line. She lives in New York City.

Joan Rivers (June 8, 1933 - September 4, 2014) was an American comedian, talk show host, businesswoman, and celebrity. She is known for her brash manner and loud, gruff voice with a heavy metropolitan New York accent. Rivers was the National Chairwoman of the Cystic Fibrosis Foundation and on board with God's Love We Deliver. Like the ground-breaking Phyllis Diller, whose career preceded and overlapped hers, Rivers' act relied heavily on poking fun at herself. A typical Rivers joke about her unattractiveness: "I used to stand by the side of the road with a sign: 'Last girl before freeway.'"

Joan Rivers was born Joan Sandra Molinsky in Brooklyn, New York, to Jewish parents Beatrice and Meyer C. Molinsky. She was raised in Westchester County, New York. She attended Connecticut College between 1950 and 1952, and graduated from Barnard College in 1954 with a B.A. in English and anthropology.

In the 1960s Rivers made television appearances as a comedian on the popular shows The Tonight Show and The Ed Sullivan Show, as well as hosting the first of her several talk shows. Later in that decade she made a brief but notable appearance opposite Burt Lancaster in the film The Swimmer. She was also a regular gag writer and performer on TV's Candid Camera.

Joan Rivers has been awarded the 1975 Georgie Award as "Best Comedienne," the Clio Award for "Best Performance in a TV Commercial" in 1976 and 1982, and the 1990 Daytime Emmy Award as "Best Talk Show Host."

In a 2005 Channel 4 poll to find The Comedian's Comedian, she was voted amongst the top 50 comedy acts ever by fellow comedians and comedy insiders.

Joan co-hosted a segment of the Australian 2006 Logie Awards. She was given a specially commissioned pink Logie award. When given the award, Joan threw it over her shoulder and remarked "It's the ugliest award I have ever seen!" Months later (in June), footage of the spectacle was featured in an episode of Web Junk 20.

Joan has also been awarded (2004) the much coveted "Celebrity Cyborg of The Year" award by the prestigious ACL (American Cyborg League).

VERY FINE GUARANTEED. As New (Sealed). A new, unread book. Sharp corners. No markings, writings, or stamps. The condition is of the highest quality. Photos of actual item.

Personally signed and dated by Joe Hill directly onto the title page. ADVANCE READER'S EDITION with "NOT FOR SALE" printed on the cover.  William Morrow , An Imprint of HarperCollins Publishers...