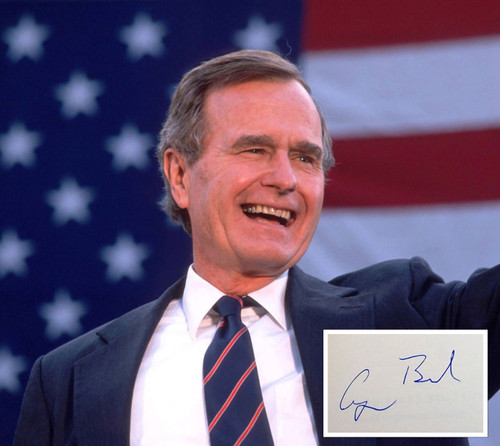 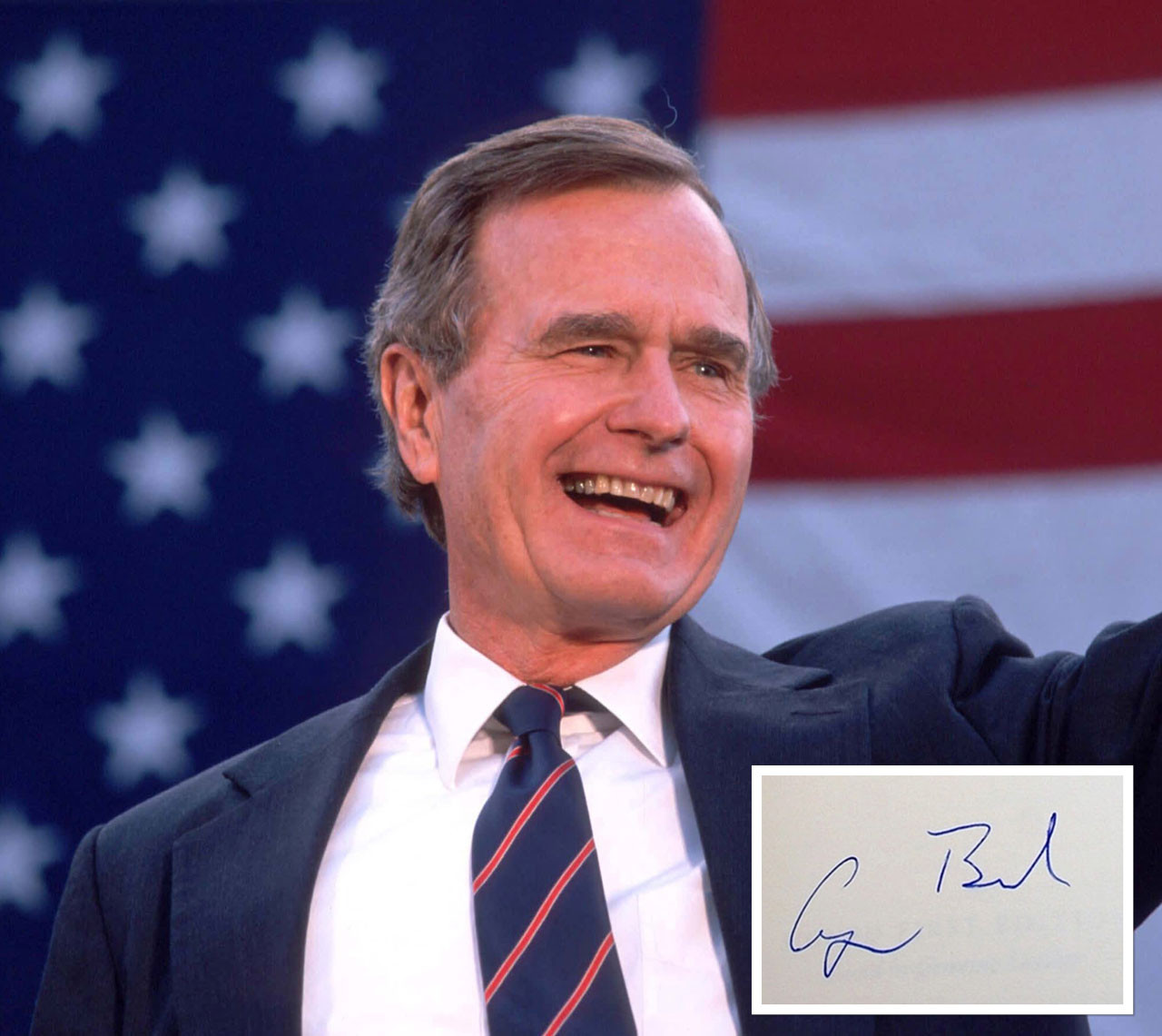 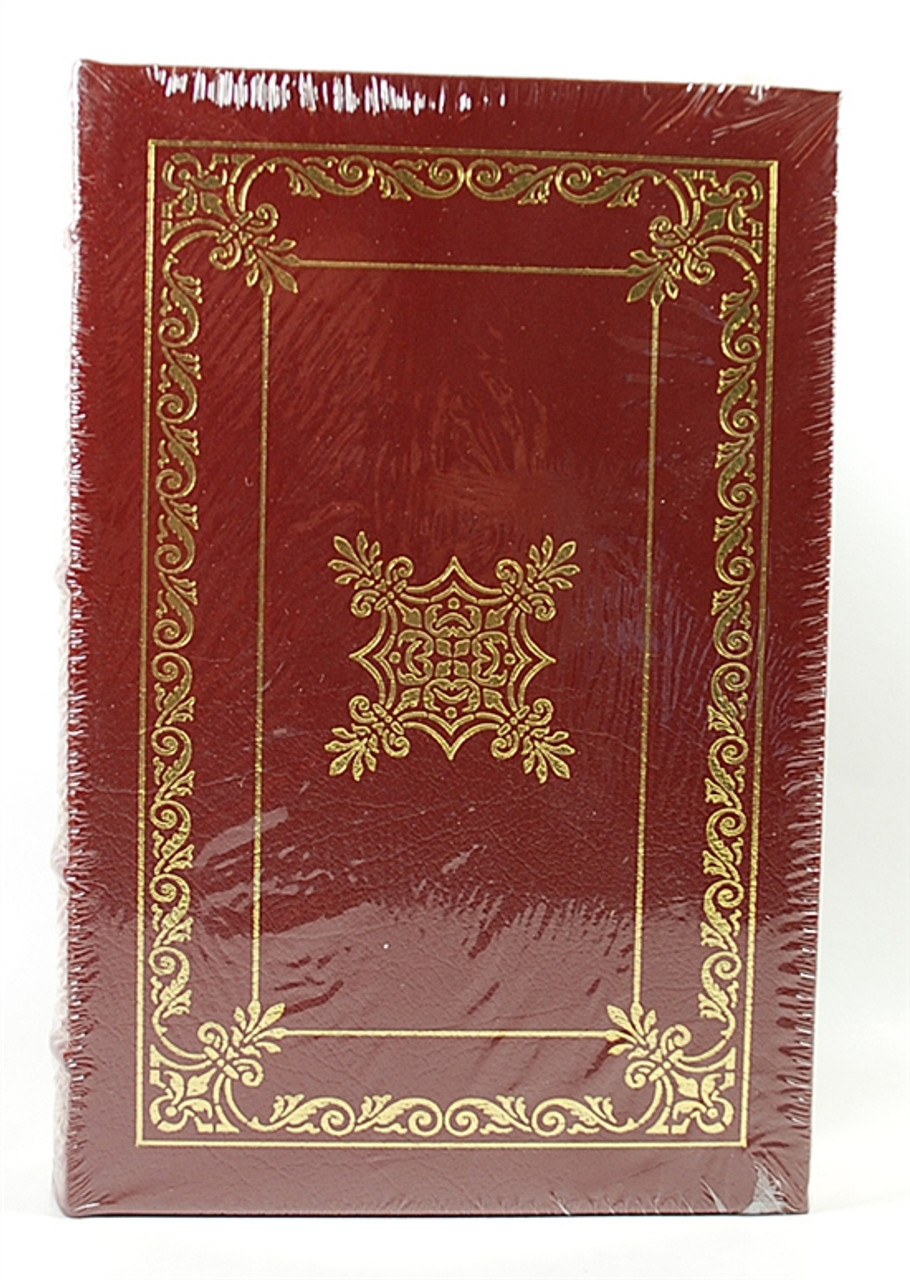 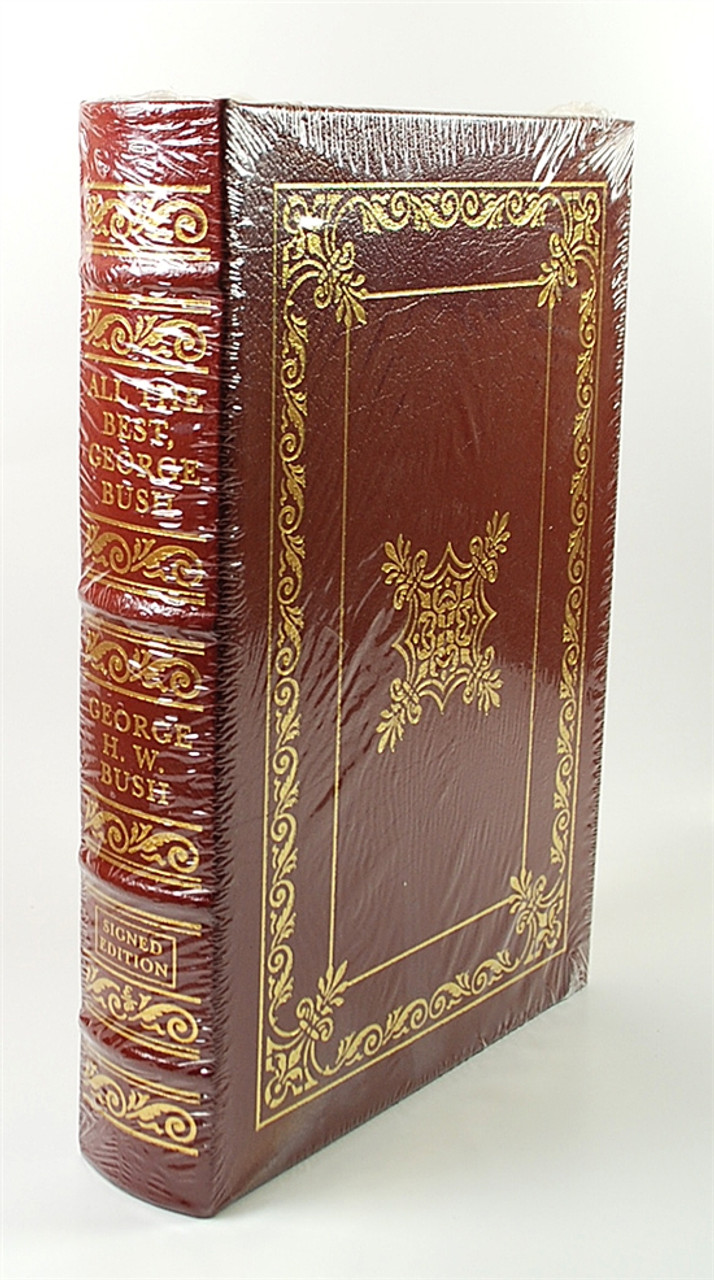 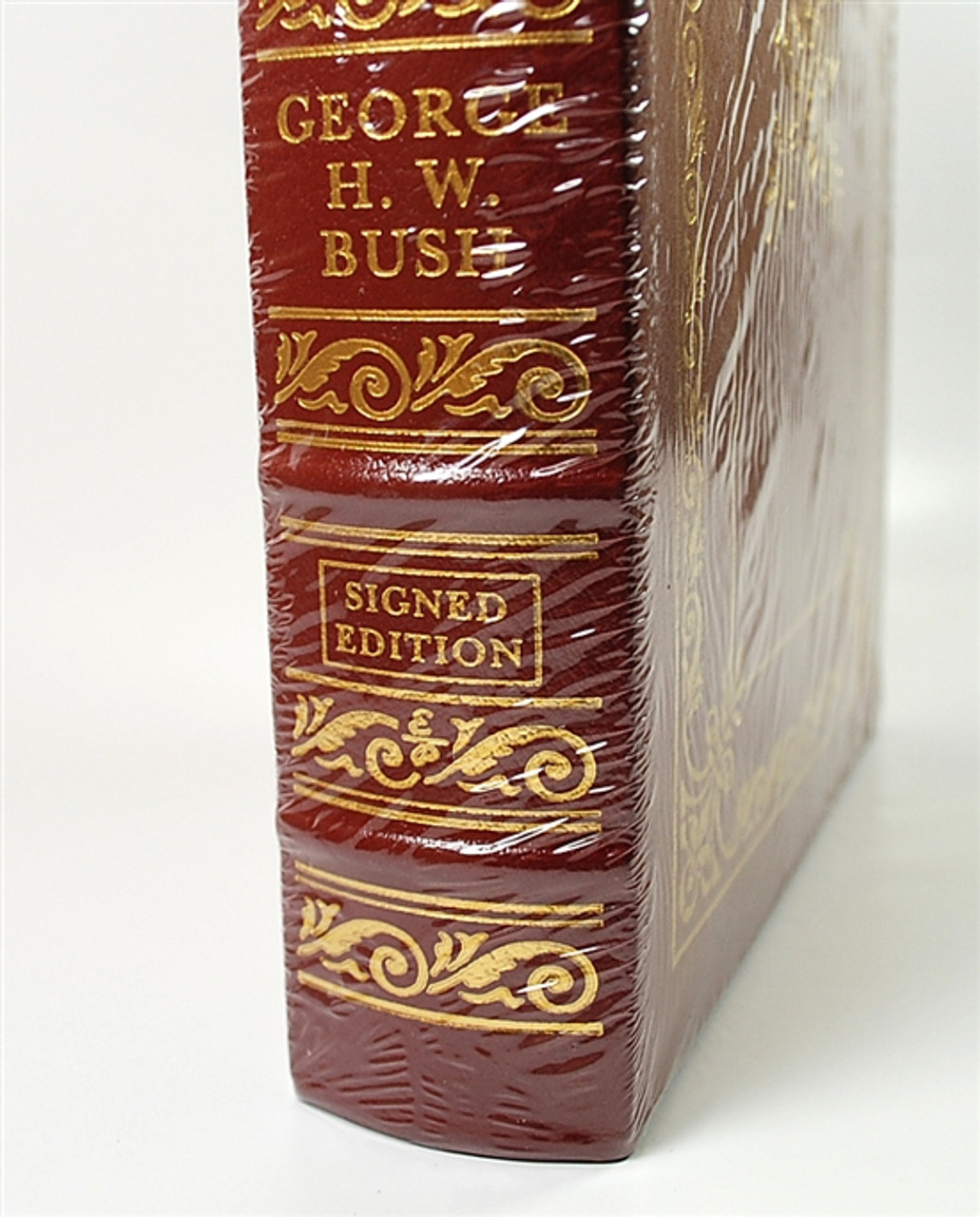 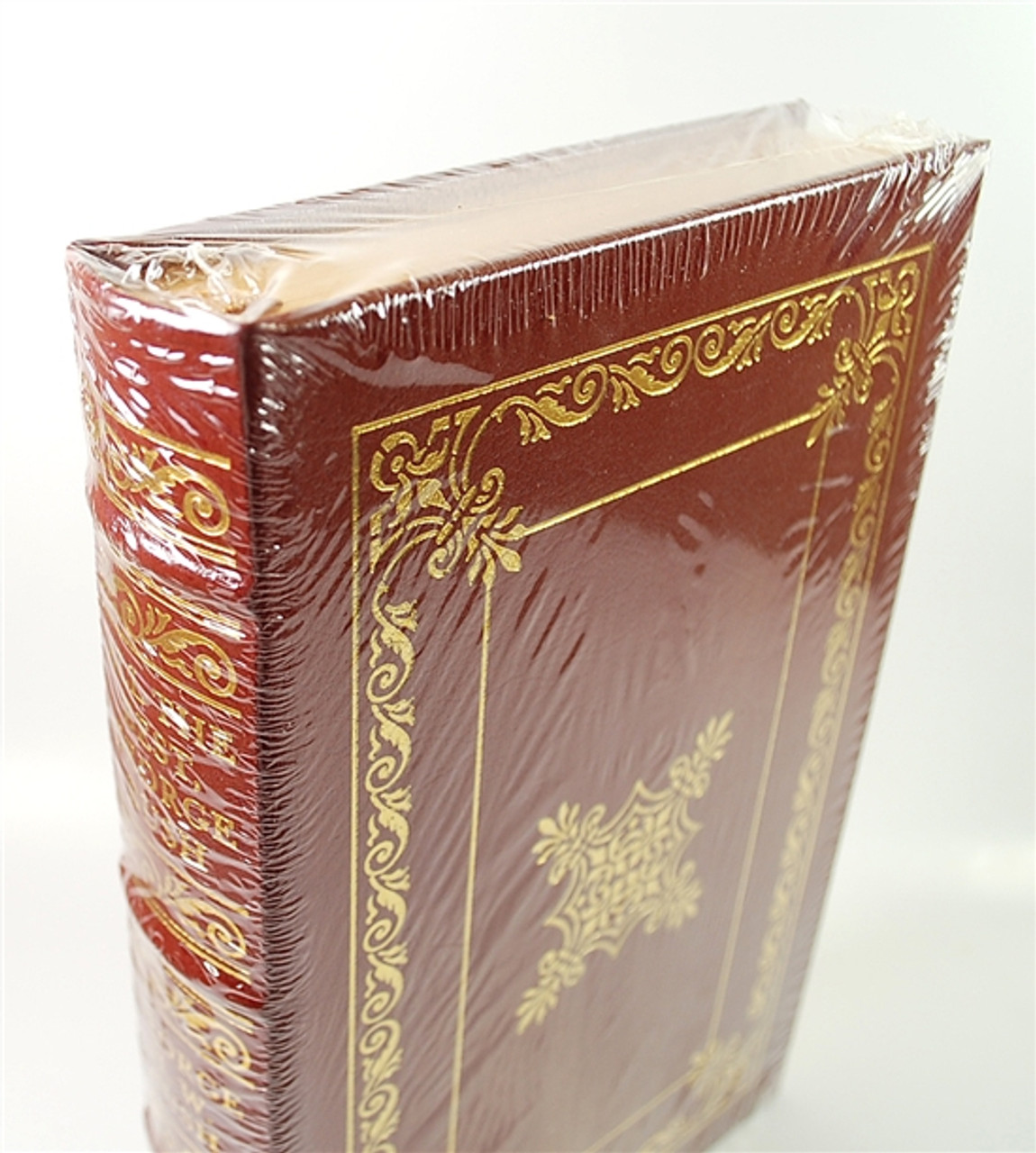 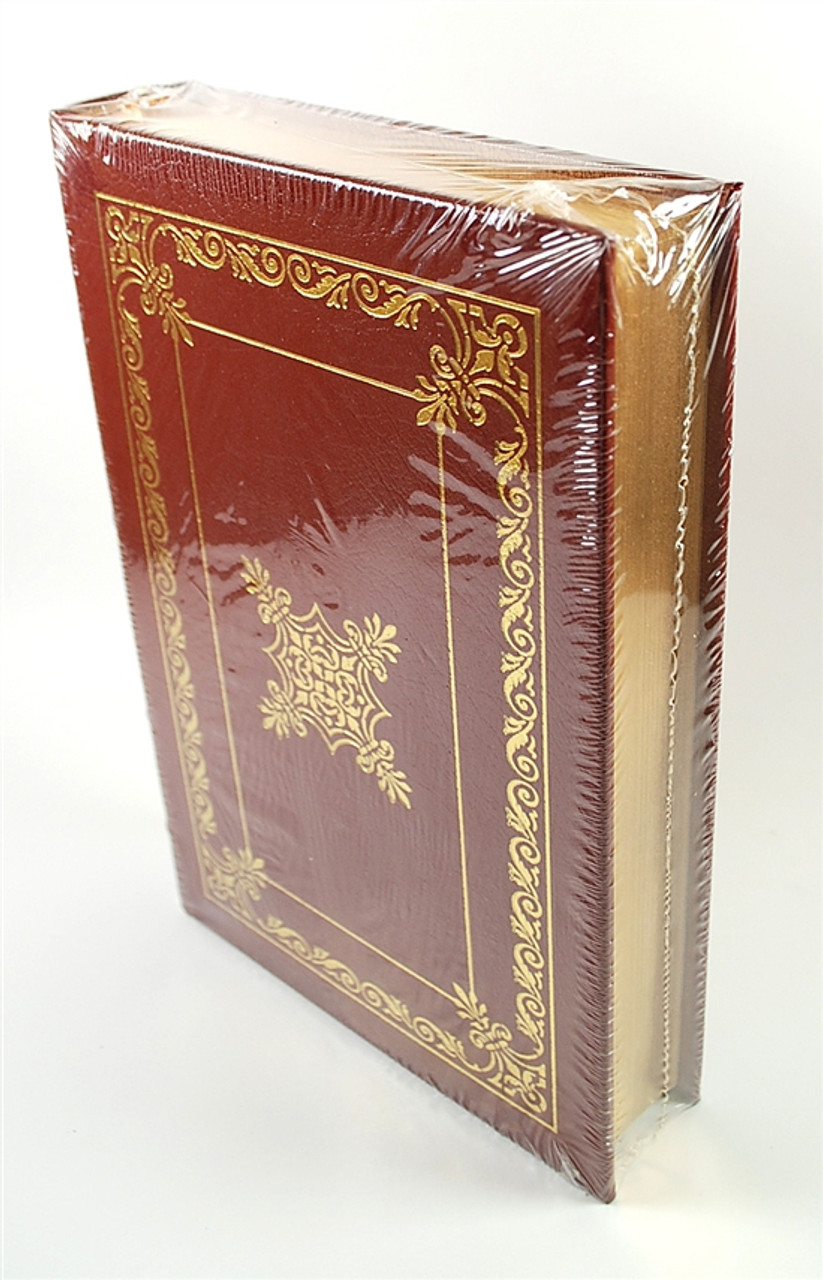 Personally signed by President George H.W. Bush, the 41st President (1989-1993) of the United States of America.

A luxurious leather bound collector's edition. A magnificent edition to showcase in your presidential library or as a unique gift.

"The travelogue of an observant man with much mettle and an open heart....His writings cover affairs of state and affairs of spaniels on equal footing. He is modest and gracious. But these short takes on a long life reveal an underlying, consistent sense of duty to office, family and morality." - People Magazine

In lieu of a memoir, All the Best, George Bush collects correspondence and diary entries from the former U. S. President to show, as he says, "what my own heartbeat is, what my values are, what has motivated me in life. " The letters begin in 1942--when, fresh out of high school, Bush volunteered for U. S. Navy flight school--and continue to the brink of the 21st century, as the retired chief executive worries about the Melissa virus infecting his office's server and keeping his visiting grandchildren in line. ("I realize, " he muses, "Keep the freezer door closed from now on and I mean it lacks the rhetorical depth of This will not stand or Read my lips. ") All the Best hits all the highlights of Bush's career, from the Texas oil business to his role as ambassador to China, then CIA director, vice president under Ronald Reagan, and finally president himself. Along the way, he reveals a personality that is at turns compassionate, respectful, silly, doting, and resolute--a man for whom being a father and a grandfather matters as much as, and maybe even more than, being leader of the free ... 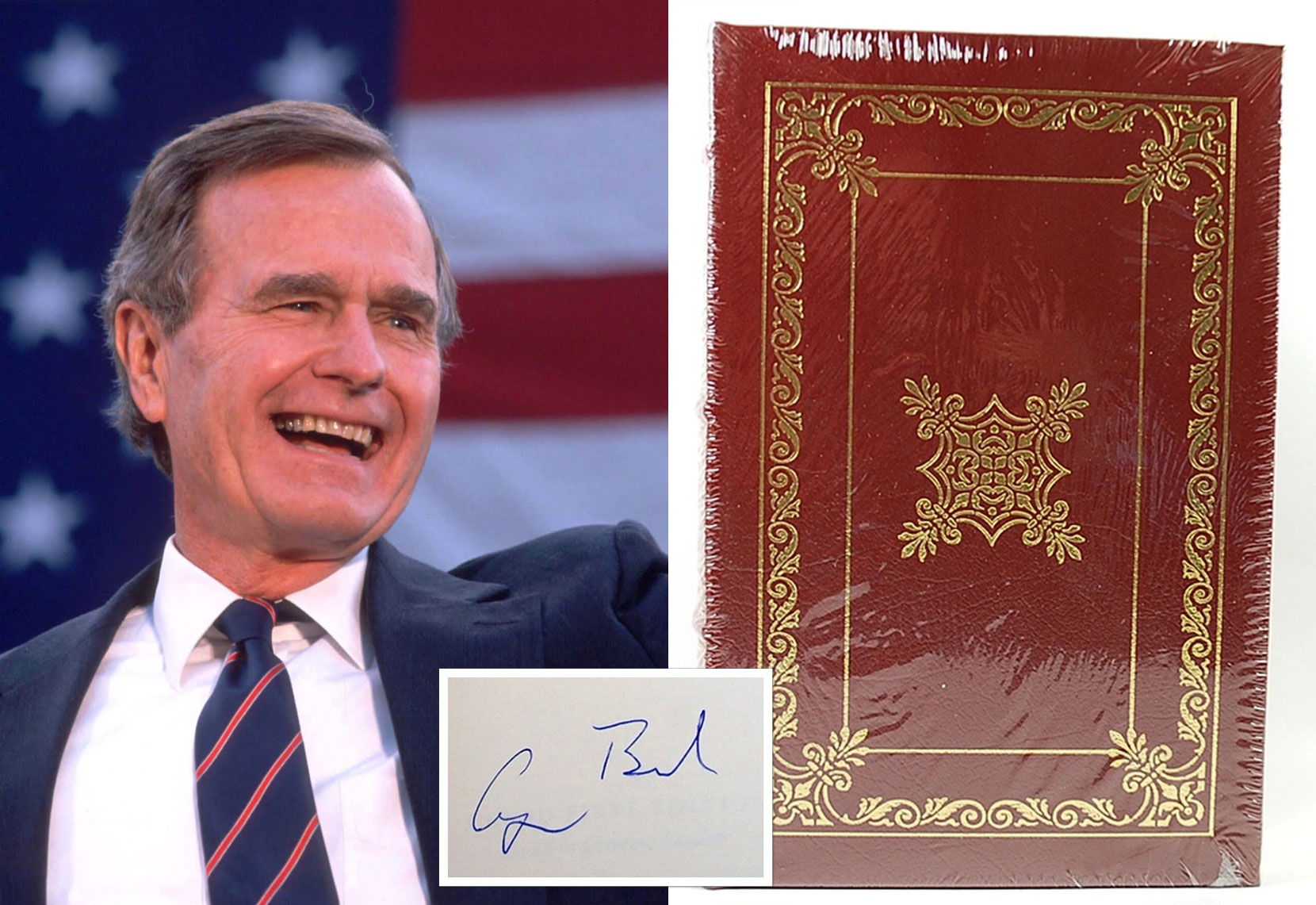 VERY FINE GUARANTEED. As New (Sealed). The condition is of the highest quality without any discernible flaws. Unread book with square and tight binding, and free of any marks, scratches, blemishes. The page edges are unmarked.

This hardcover & numbered edition of "All The Best: My Life in Letters and Other Writings" has been personally signed by George H.W. Bush directly onto a book-plate. - Autographed Signed...

A Rare Signed Presidential Volume - Only 1,200 Have Been Printed Millions upon millions of Americans celebrated the inauguration of George Herbert Walker Bush on January 20, 1989. Millions...