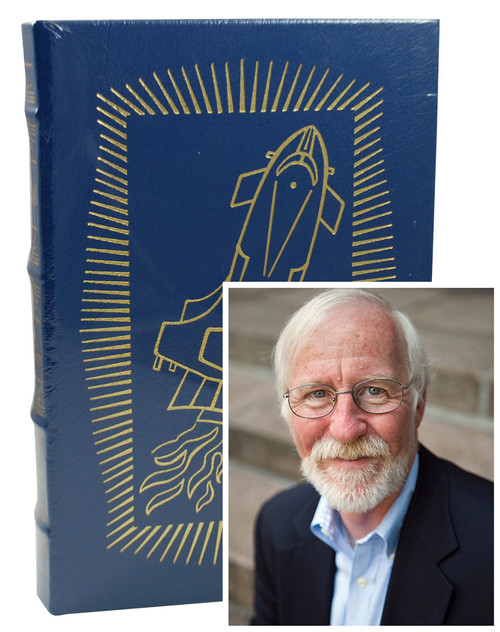 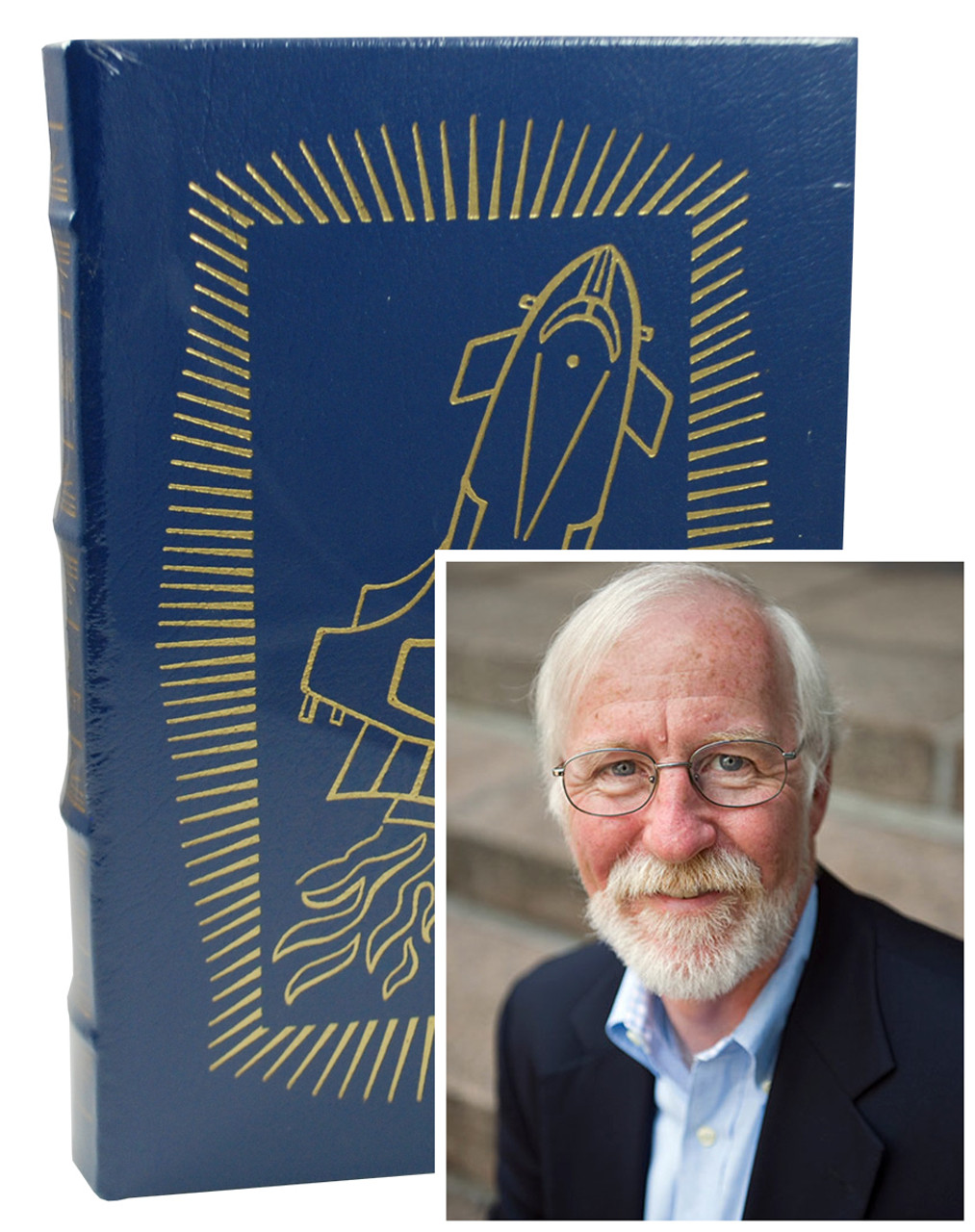 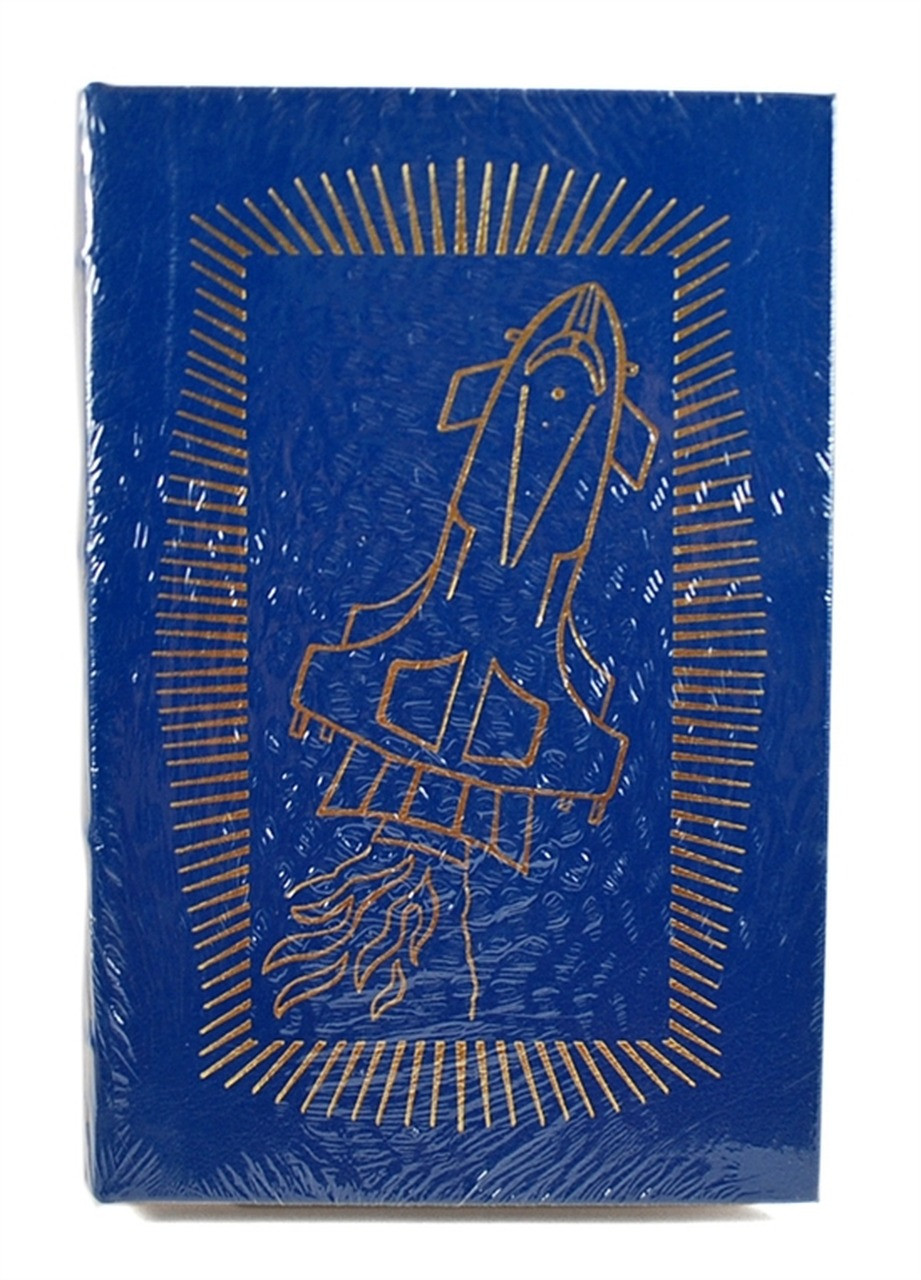 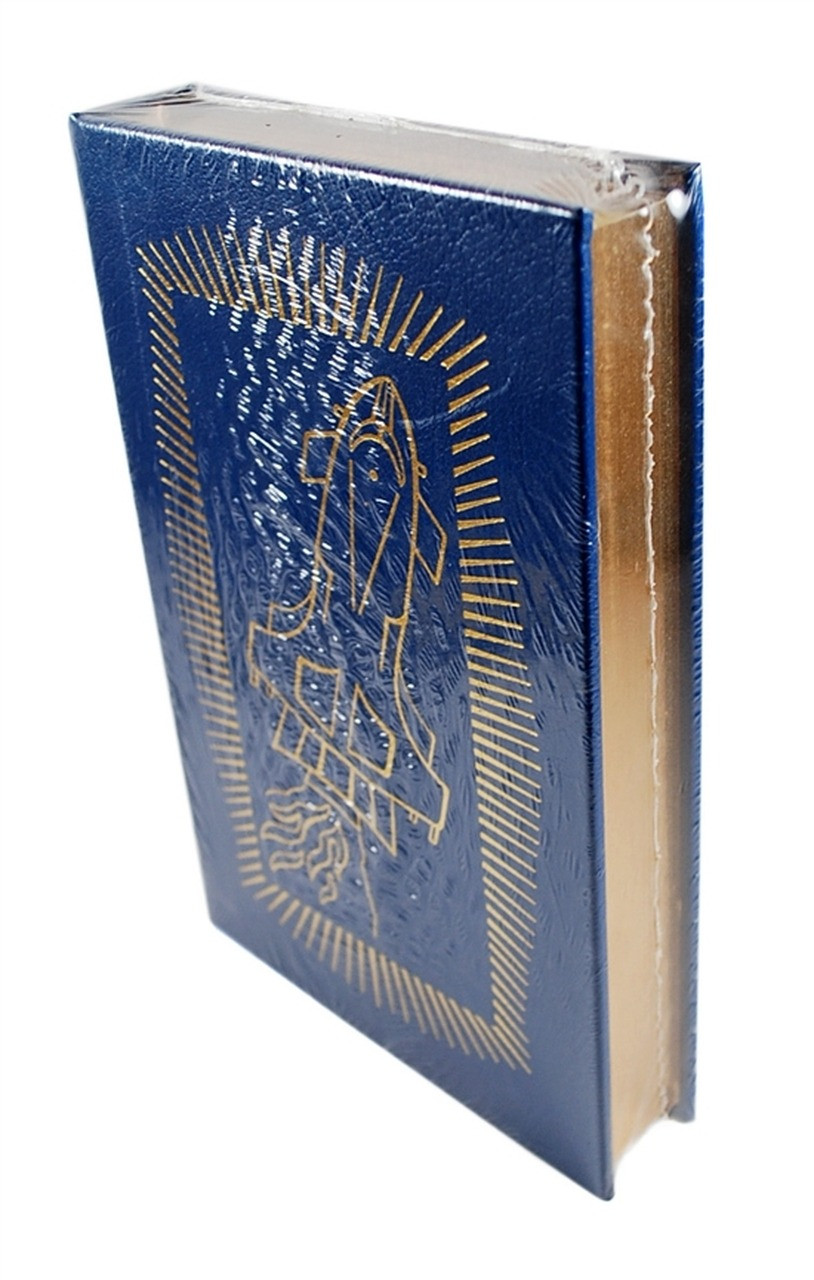 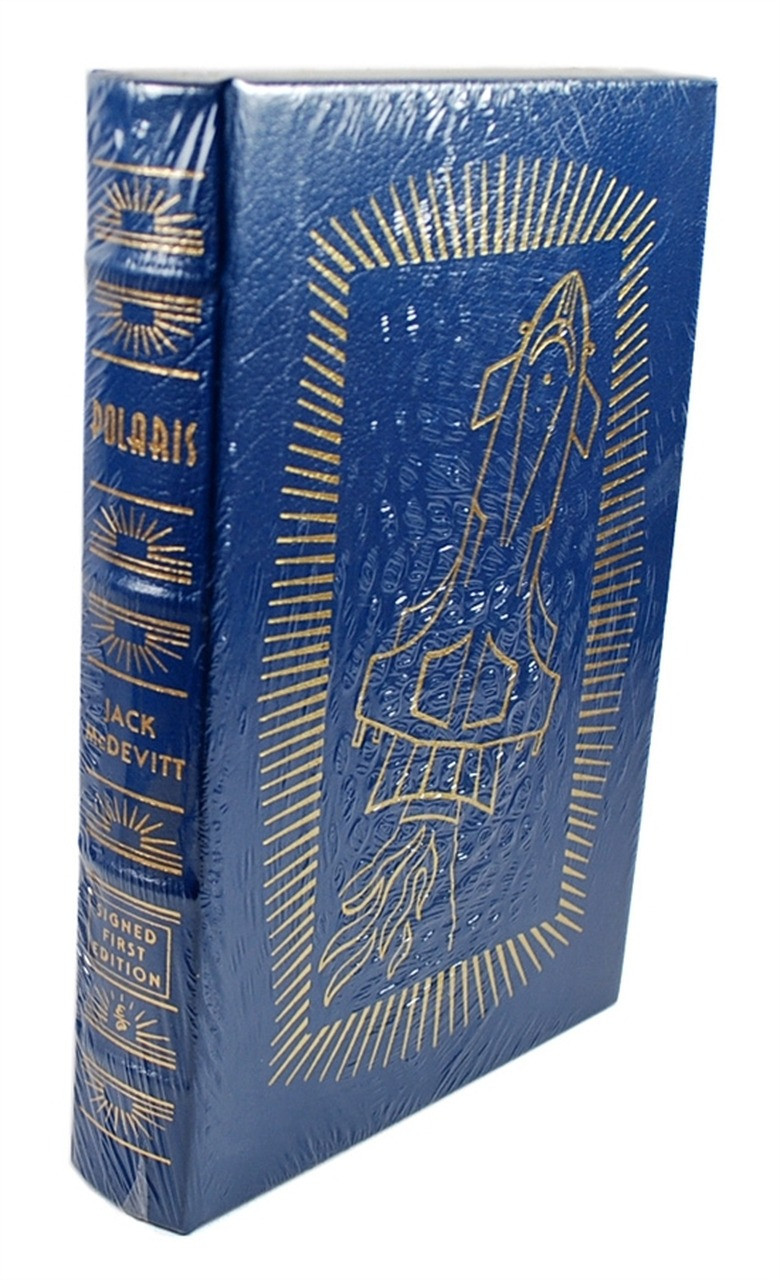 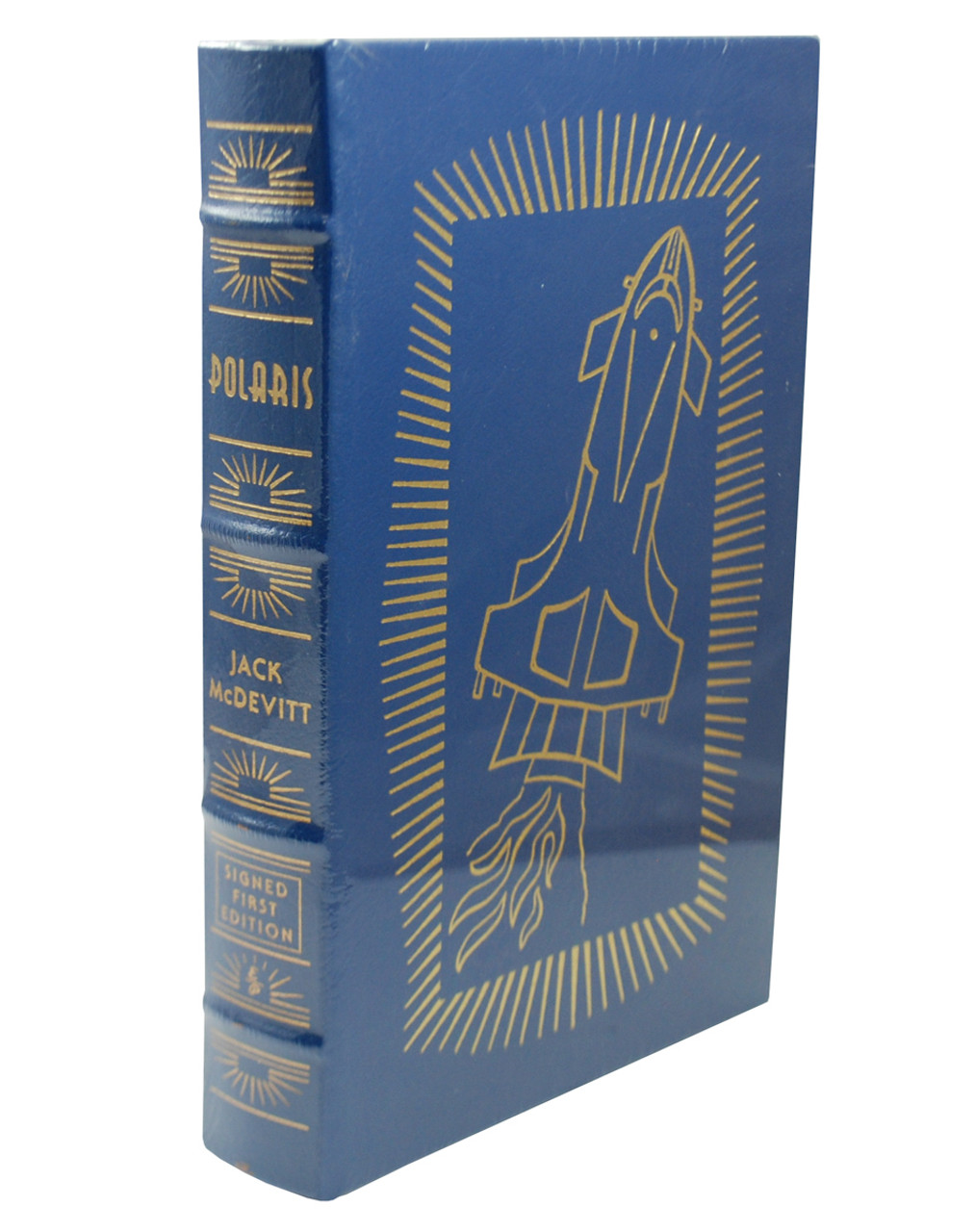 Personally signed by Jack McDevitt on the special limitation page.

One of only 900 copies signed by the author - a distinctive copy for the serious collector. 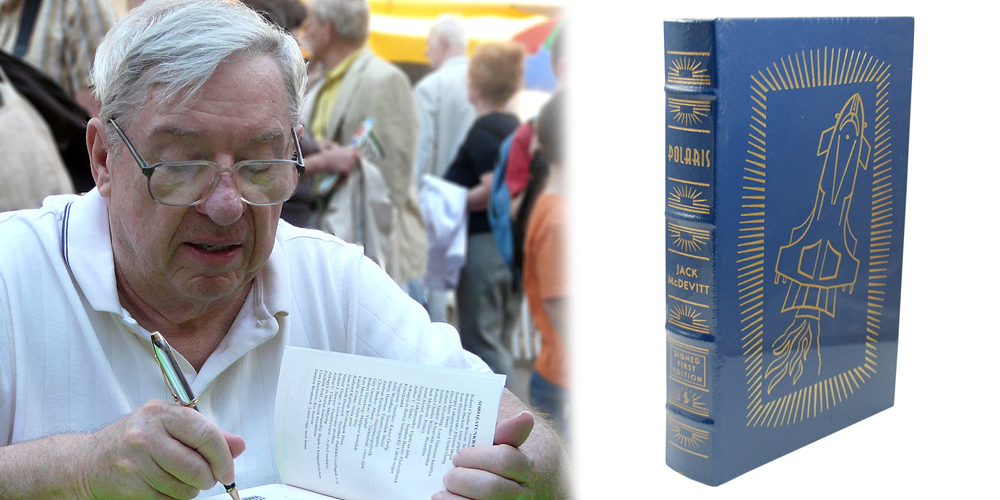 Jack McDevitt brings back the daring Alex Benedict from A Talent for War, thrusting him into a far-future tale of mystery and suspense that will lead to the truth about an abandoned space yacht called the Polaris. Sixty years after the disappearance of the wealthy passengers and crew, the Polaris is found empty and adrift in space. Antiquities dealer Alex Benedict sets out to uncover the truth and to reveal the fate of those aboard the ship.

Polaris is a science fiction mystery novel by American writer Jack McDevitt. It is the second book of his Alex Benedict series. Antiquities dealer Alex Benedict and his employee, Chase Kolpath, become involved in a mystery involving the disappearance of the passengers and crew of an interstellar yacht from 60 years earlier.

It was nominated for the Nebula Award for Best Novel.

Jack McDevitt (born April 14, 1935) is an American science fiction author whose novels frequently deal with attempts to make contact with alien races, and with archaeology or xenoarchaeology. His two main series are the Alex Benedict series and the Priscilla Hutchins series.

McDevitt's first published story was "The Emerson Effect" in The Twilight Zone Magazine in 1981. Five years later, he published his first novel, The Hercules Text, about the discovery of an intelligently conceived signal whose repercussions threaten human civilization. This novel set the tone for many of McDevitt's following novels, which focused on making first contact. Frequently this theme is mixed with both trepidation before the unknown and a sense of wonder at the universe.

With The Engines of God (1994), McDevitt introduced the idea of a universe that was once teeming with intelligent life, but contains only their abandoned artifacts by the time humans arrive on the scene. Although it was initially written as a standalone novel, the main character of The Engines of God, pilot Priscilla Hutchins, has since appeared in seven more books: Deepsix (2001), Chindi (2002), Omega (2003), Odyssey (2006), Cauldron (2007), StarHawk (2013), and The Long Sunset (2018). The mystery surrounding the destructive "Omega Clouds" (which are introduced in The Engines of God) is left unexplored until Omega. The novel Seeker won the 2006 Nebula Award for Best Novel, given by the Science Fiction and Fantasy Writers of America. He has been nominated for the Nebula Award sixteen times; Seeker is his only win.

This SF mystery's smooth and exciting surface makes it difficult to appreciate how exceptionally good it is at combining action and ideas. After a string of well-developed space operas, McDevitt returns to the lead characters of his second novel, A Talent for War (1988): antiquarian entrepreneur Alex Benedict (think Indiana Jones with an eye for profit) and his beautiful assistant, Chase Kolpath (think smart, sexy Dr. Watson). Decades earlier, in a future version of the Marie Celeste incident, the spaceship Polaris was discovered drifting and empty, its captain and passengers apparently vanished in an instant. Now, Alex and Chase realize that someone is tracking down relics of the Polaris and is willing to kill anyone who gets in the way. Alex is first of all a businessman, but he becomes stubbornly fascinated with the impossible puzzle. While Chase saves Alex's neck from increasingly ingenious attacks, he untangles a complex plot. The real problem turns out to be not how the mass disappearance was done but the tangled motives behind it. McDevitt does a fine job of creating different worlds for Alex and Chase to explore as they hunt clues. Through Chase's wry narration, the novel also succeeds in presenting characters who may be concealing important facets of themselves. That's appropriate in an SF mystery novel, but especially in one that turns out to have a surprisingly serious human core.

SIGNED FIRST EDITION. Personally hand signed by Jack McDevitt directly onto the limitation page. Very NEAR Fine. A wonderful bright clean copy free of any markings, writings, or stamps inside the...