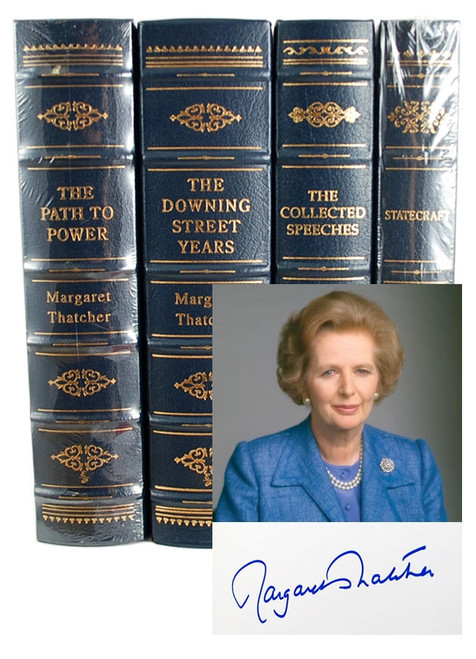 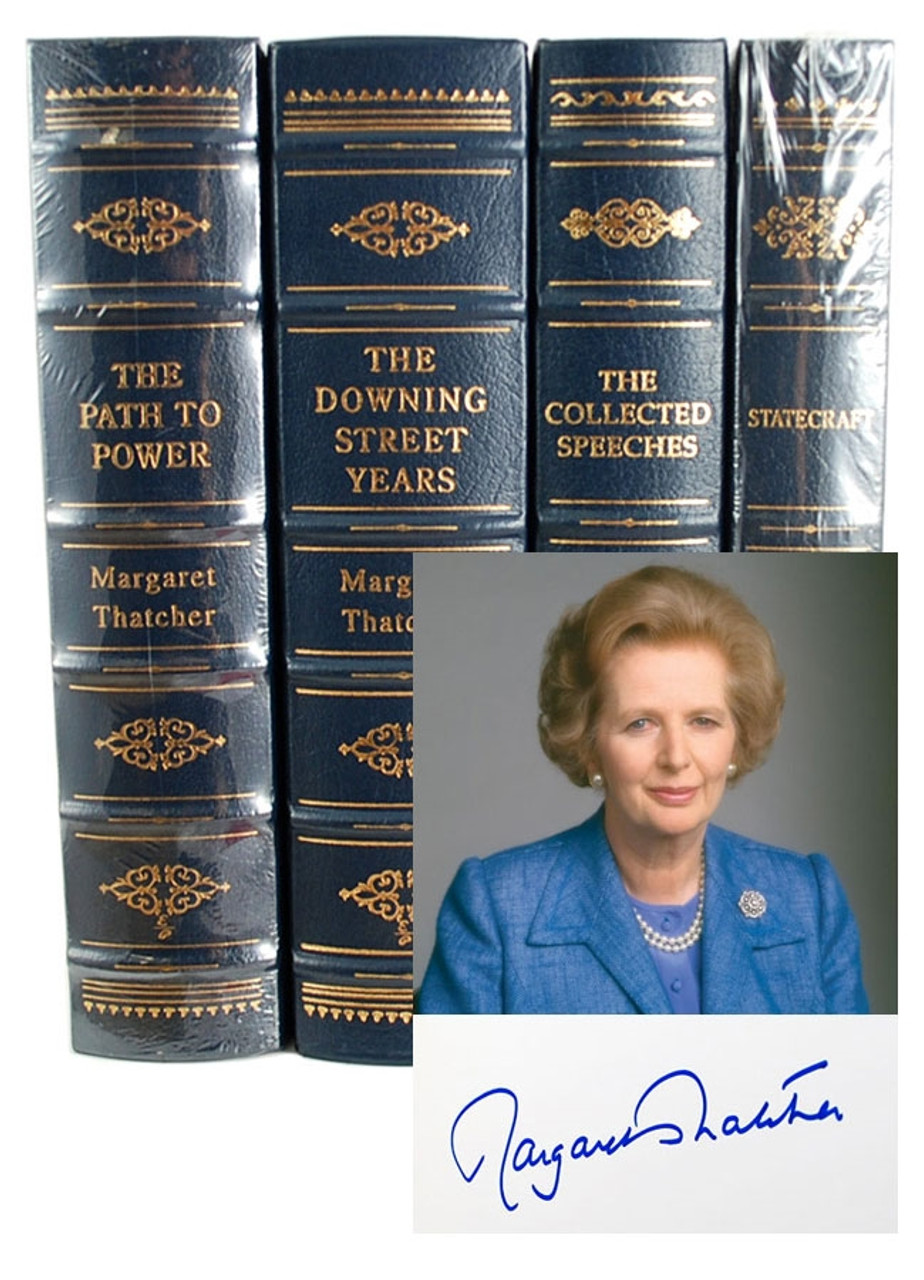 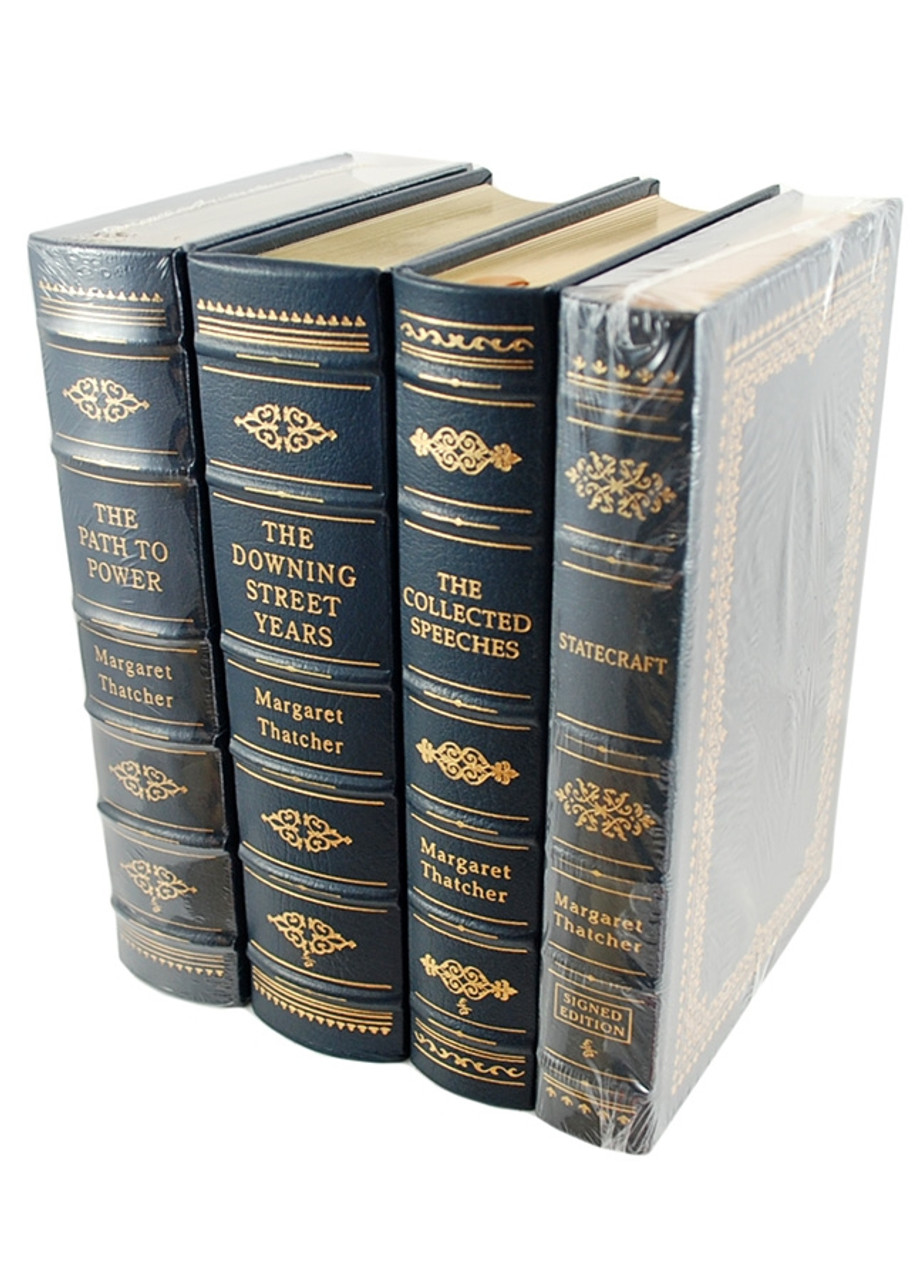 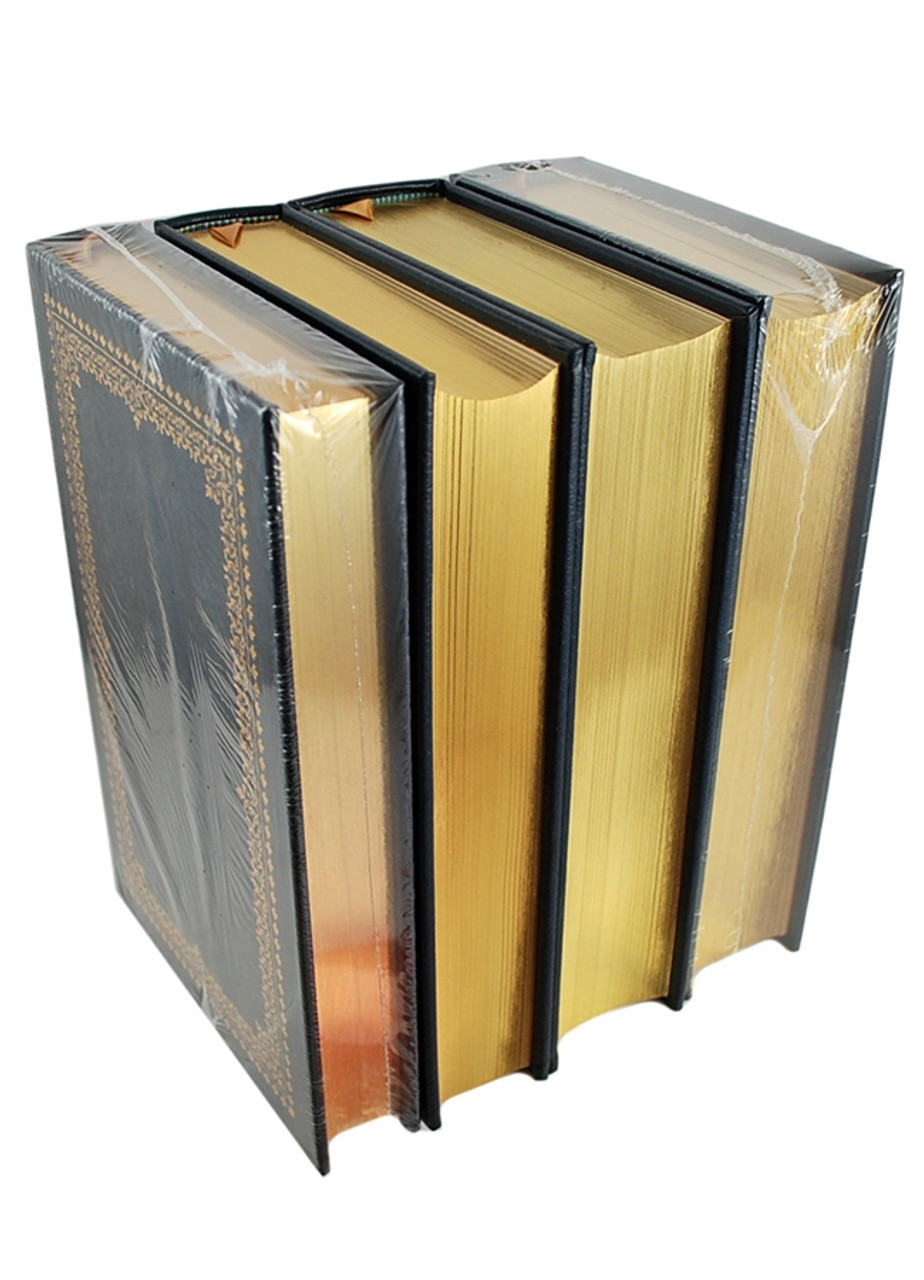 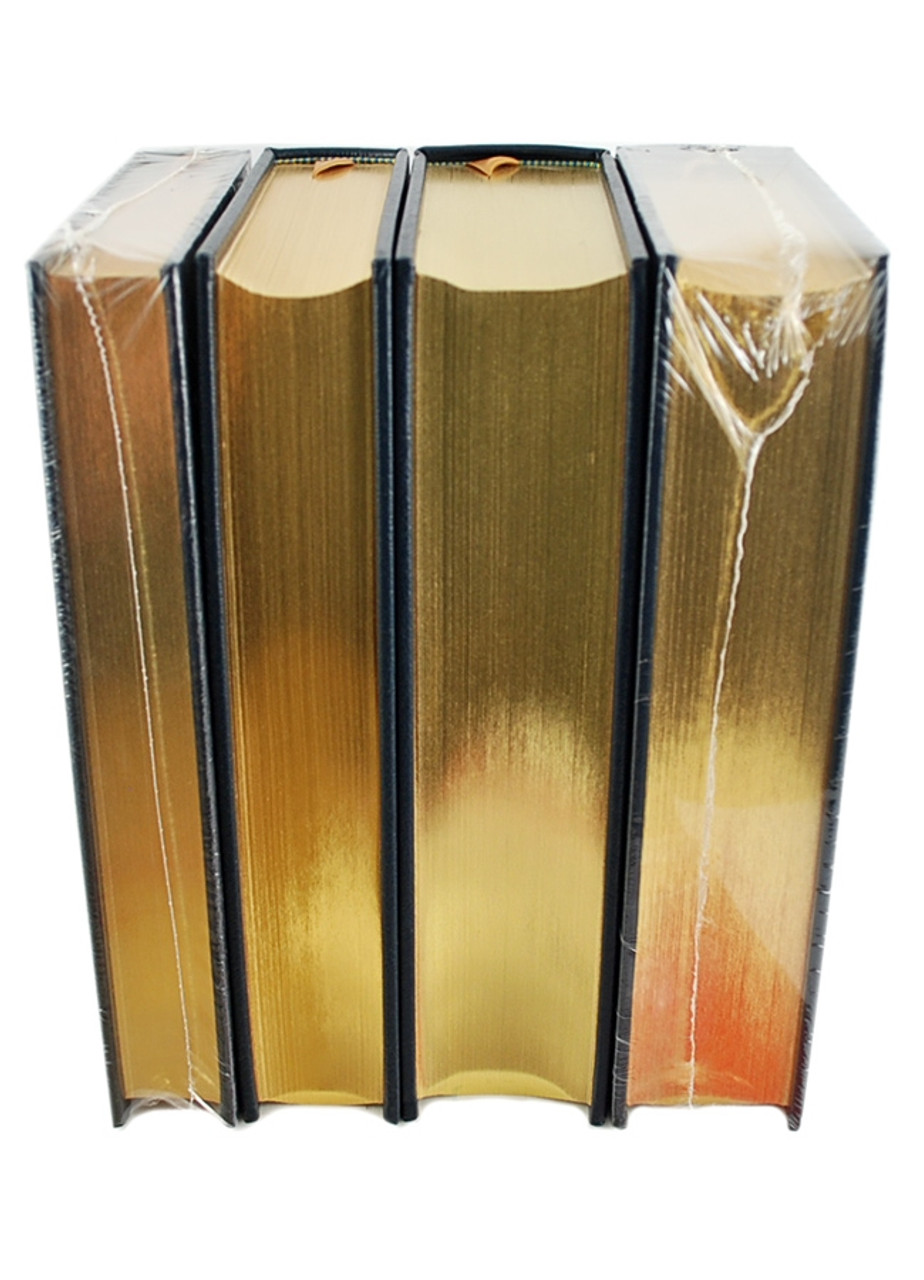 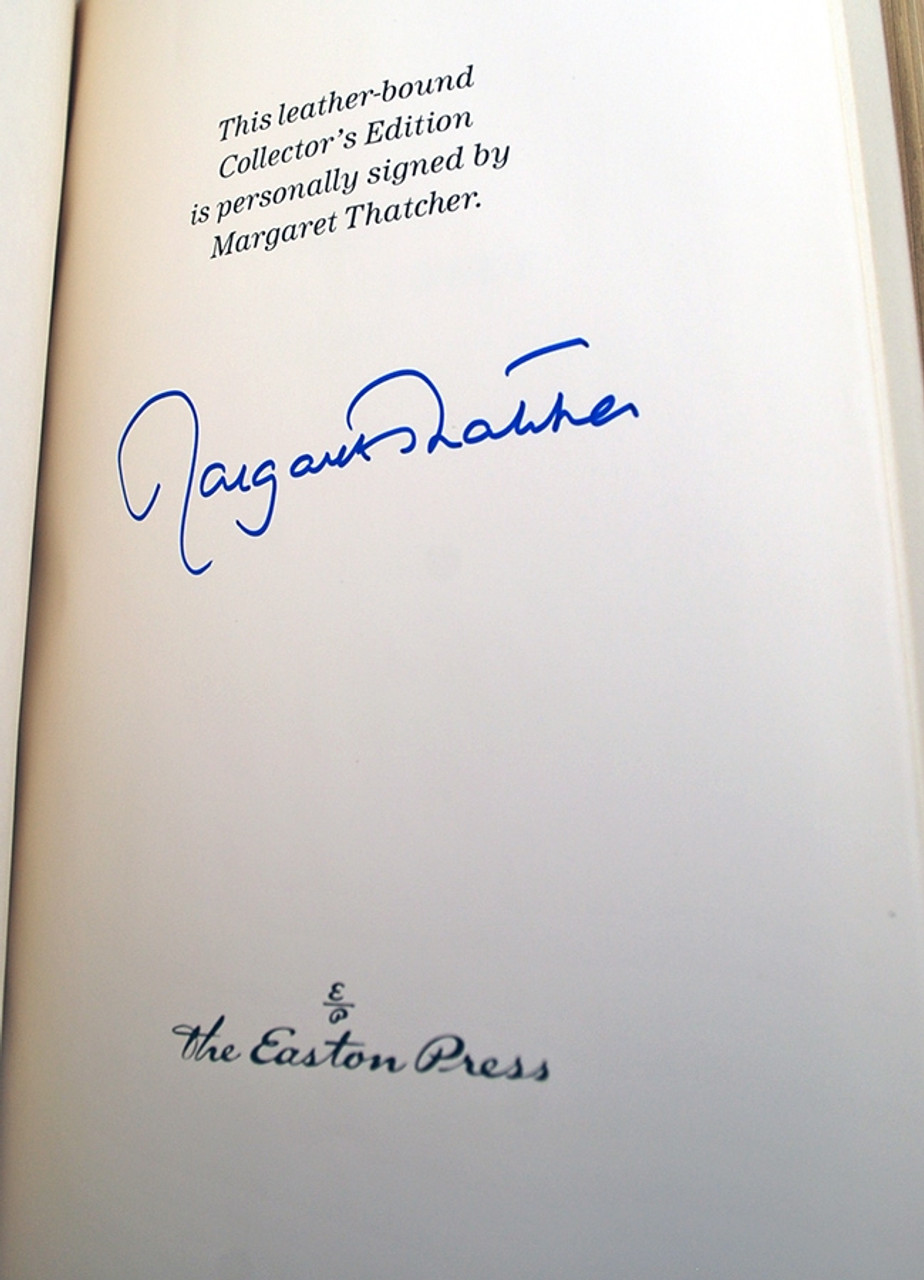 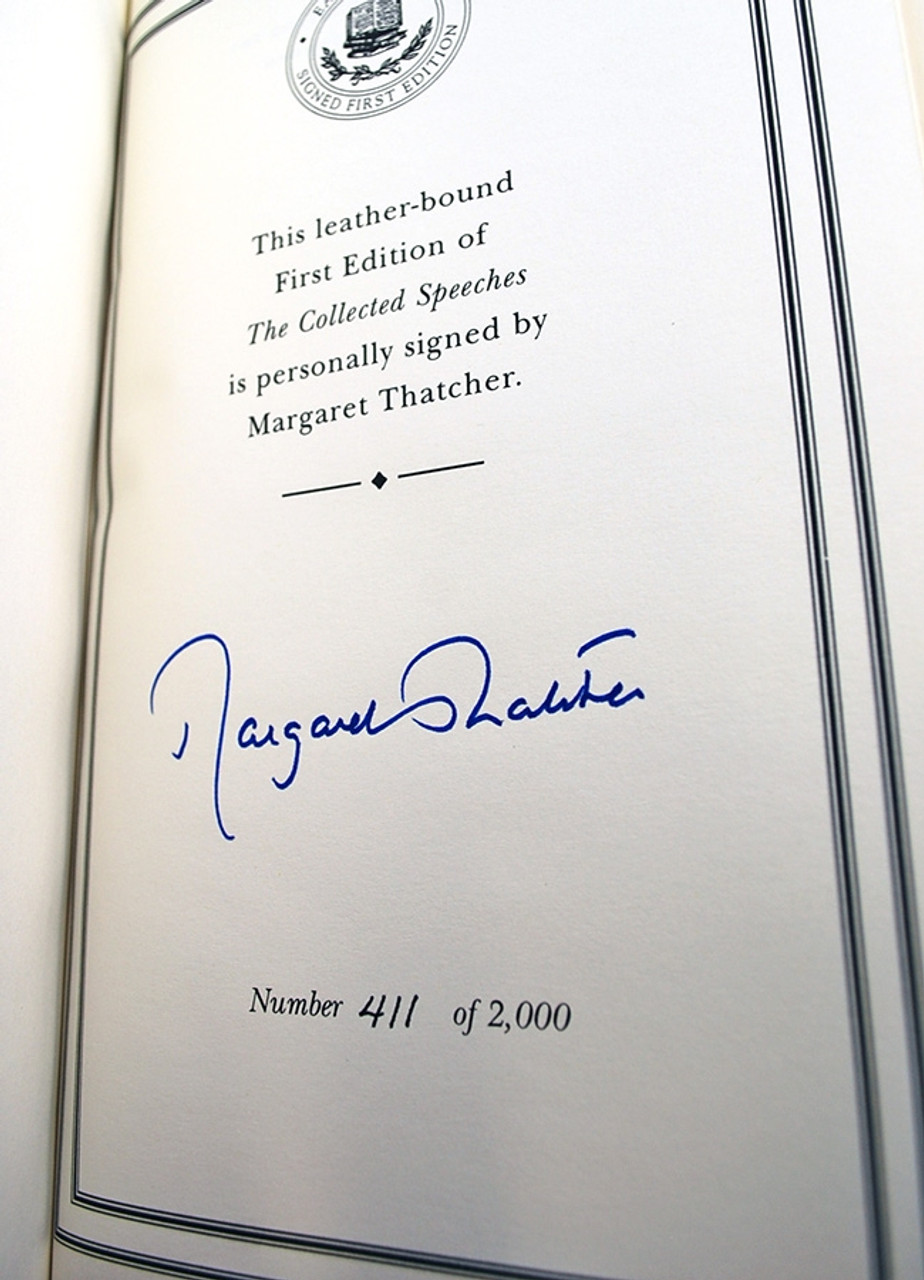 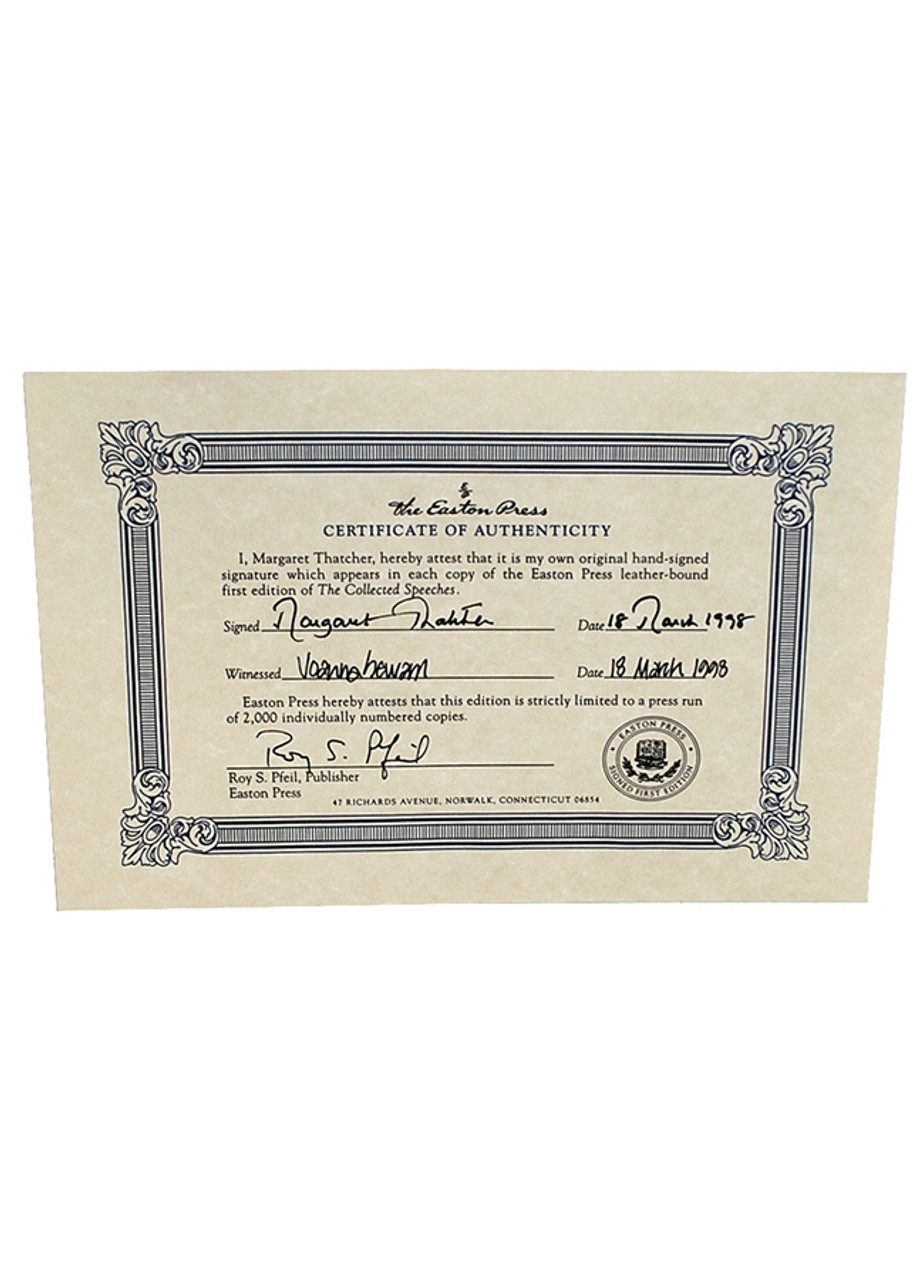 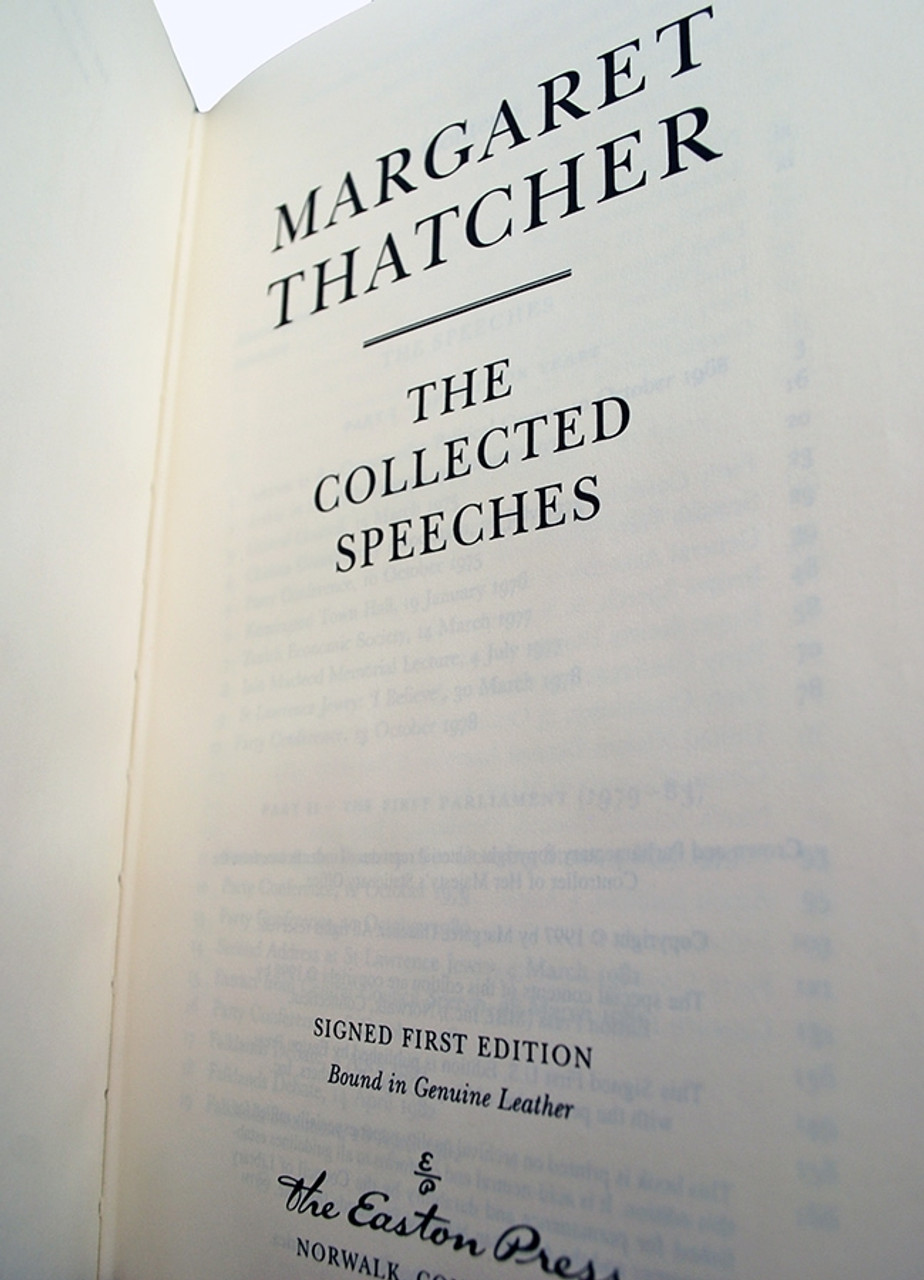 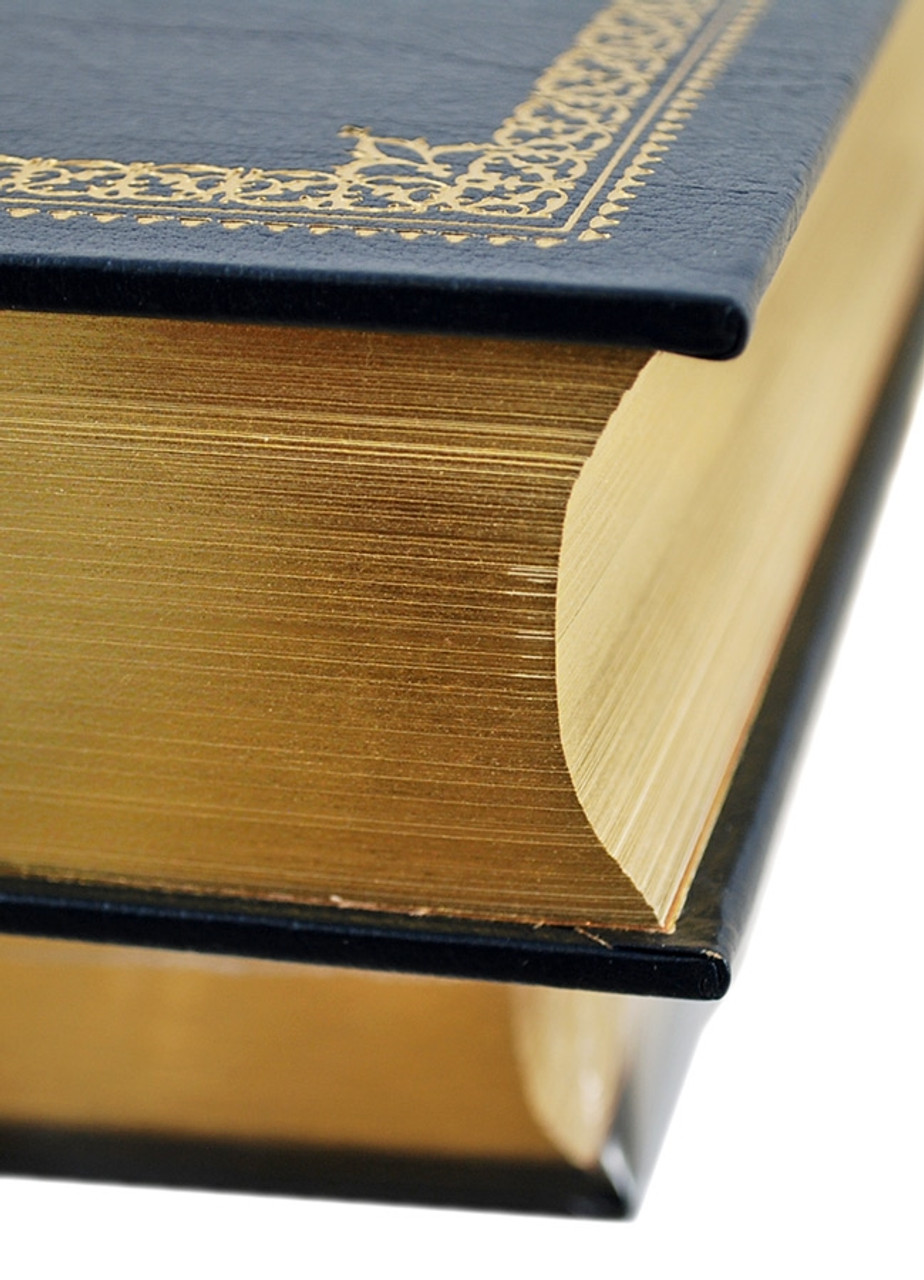 Each volume has been personally signed by the former Prime Minister of England, Lady Margaret Thatcher directly into the book.
Easton Press , Norwalk CT. Margaret Thatcher. A matching 4-volume collection, each one a signed limited edition. Full genuine leather. The Collected Speeches is a signed limited edition, number 211 of only 2,000 with original COA as issued by the publisher. Two volumes are still sealed and As New. The third volume is again in Very Fine condition without any flaws. The fourth volume has a small area in one corner with the gilt loss. A beautiful leather bound collection that would make an elegant addition to your political library.

Included in this shipment:

One of the first women leaders of a World Power in modern times. Margaret Thatcher did it while it was even more of a good ol' boys club than it is now, and as a conservative. Dubbed the "Iron Lady", few UK Prime Ministers are as beloved... and hated as Margaret Thatcher. A ground breaker long before Angela Merkle. A partner to Ronald Reagan in thwarting the Soviet Union, defeating communism and moving the world toward nuclear detente. She also came to be hated by some, and ultimately ousted from power. The breaking of worker's unions, and the Falklands War, brought her great animosity from some quarters. Love from others. A deep recession also challenged her popularity. I recall the day of her funeral there was actually graffiti on walls that read "wrest in hell Maggie!" Like Ronald Reagan, she also survived an assassination attempt (IRA). Regardless of one's politics, she is an icon of world leadership and the longest serving UK PM of the 20th Century. These volumes have special detail right on the spine hubs that Easton Press only did on a few volumes over their history.

Includes the following 4 volumes, each one has been personally signed by Margaret Thatcher.

In a prequel to The Downing Street Years, Thatcher describes her childhood, Oxford education, early entry into politics, and rise to power in Parliament, sharing insights into the influences that shaped her life and political career.

In her international bestseller, The Downing Street Years, Margaret Thatcher provided an acclaimed account of her years as Prime Minister. This second volume reflects on the early years of her life and how they influenced her political career.

Previously, the retired British prime minister wrote--and wrote pugnaciously--about her long tenure in the premiership in The Downing Street Years (1993). Now Thatcher fills in, chronologically speaking, by writing about her life prior to becoming prime minister and after she left office and does so, perhaps, even more self-righteously. Born "over the shop" (her father's grocery, that is) in 1925 in Grantham, England, Thatcher was raised in a household "practical, serious and intensely religious." Those qualities became her qualities, and by the time she got to Oxford, she recognized politics as her calling. She threw her hat into the ring early, running for Parliament when only in her twenties. By nature conservative, she was by enlistment a Conservative. The path by which she became head of that party and then prime minister is traced in typical Thatcher fashion: her narrative is opinionated, self-assured, and, as the reader has to admit, well reasoned. Expect the same heavy demand by serious readers of politics and history as the first volume garnered.

The first volume of memoirs by Margaret Thatcher frankly recalls the former British prime minister's dealings with U.S. presidents, the Falkland War, and her election victories in 1983 and 1987

In Statecraft, Margaret Thatcher, a unique world figure, discusses global military, political, and economic challenges of the twenty0first century. The former British Prime Minister brings her unrivaled political experience to comment on the threats that democracy faces at the dawn of the new millennium and the role Western powers should play in the world's hotspots, especially in the aftermath of September 11, 2001.

Reflecting on the lessons of the Cold War, she outlines the foundation of U.S. dominance and its mission as the only global superpower. Thatcher offers wise observations about the dangers posed by Balkan instability, rogue states, Islamic extremism, and international terrorism -- and suggests strategies to counter them. She also examines current trends in Russia, China, India, the Far East, Europe and Great Britain, and offers guidance for the future. Noting how every contemporary problem evokes demands for a global solution, Thatcher also warns of over-reliance on international institutions at the expense of nation states.

Statecraft is an incisive treatise on power in the age of globalism, written by a legendary world statesperson with a matchless combination of principles, experience and shrewdness.

Lifetime Guarantee of Signature Authenticity. Each volume has been personally signed by Margaret Thatcher directly onto the special limitation page. The autographs are not facsimiles, stamps, or auto-pens. learn more
Three of the volumes are in Very Fine condition without any flaws, two sealed in the shrink-wrap. There are no markings, writings, or stampings. No attached bookplates or indication of any removed. Each one is a well cared for book, protected from any potential damage. Includes extra unattached bookplate for your own personalization. Unread books with square and tight spines. Sharp corners that are not bumped. Each one is a wonderful bright clean copy. The Downing Street Years has one corner with some minor gilt loss as shown.