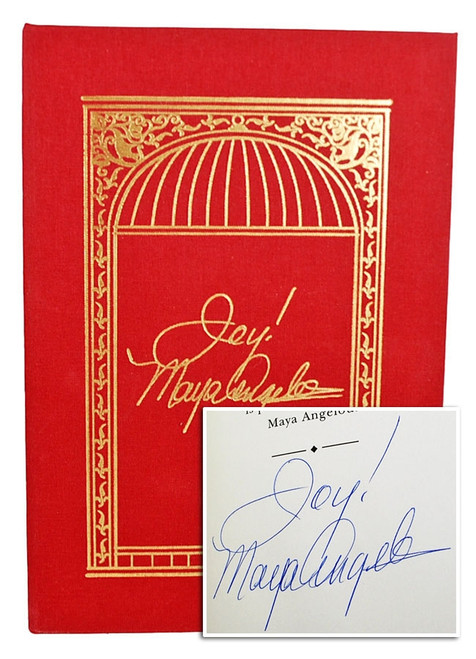 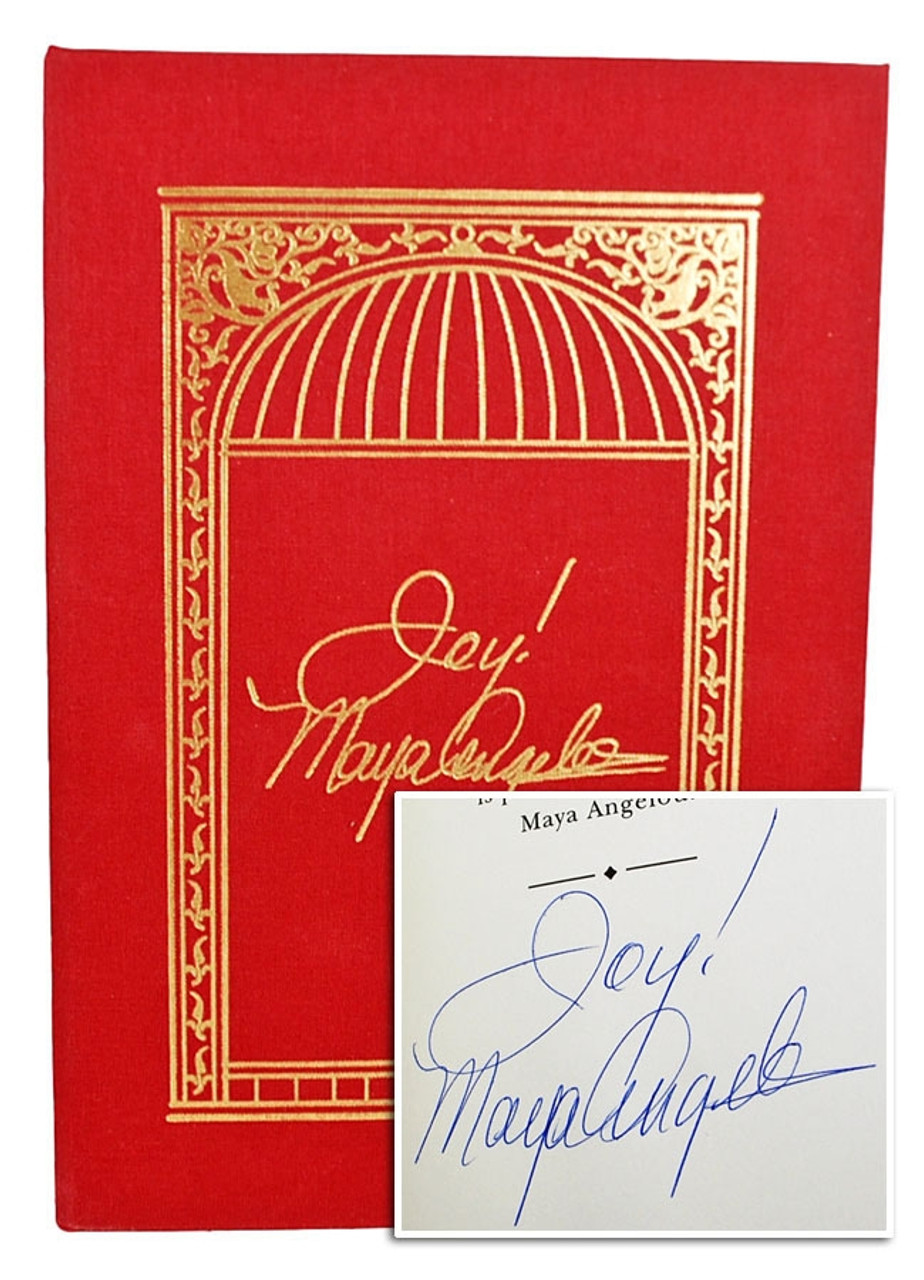 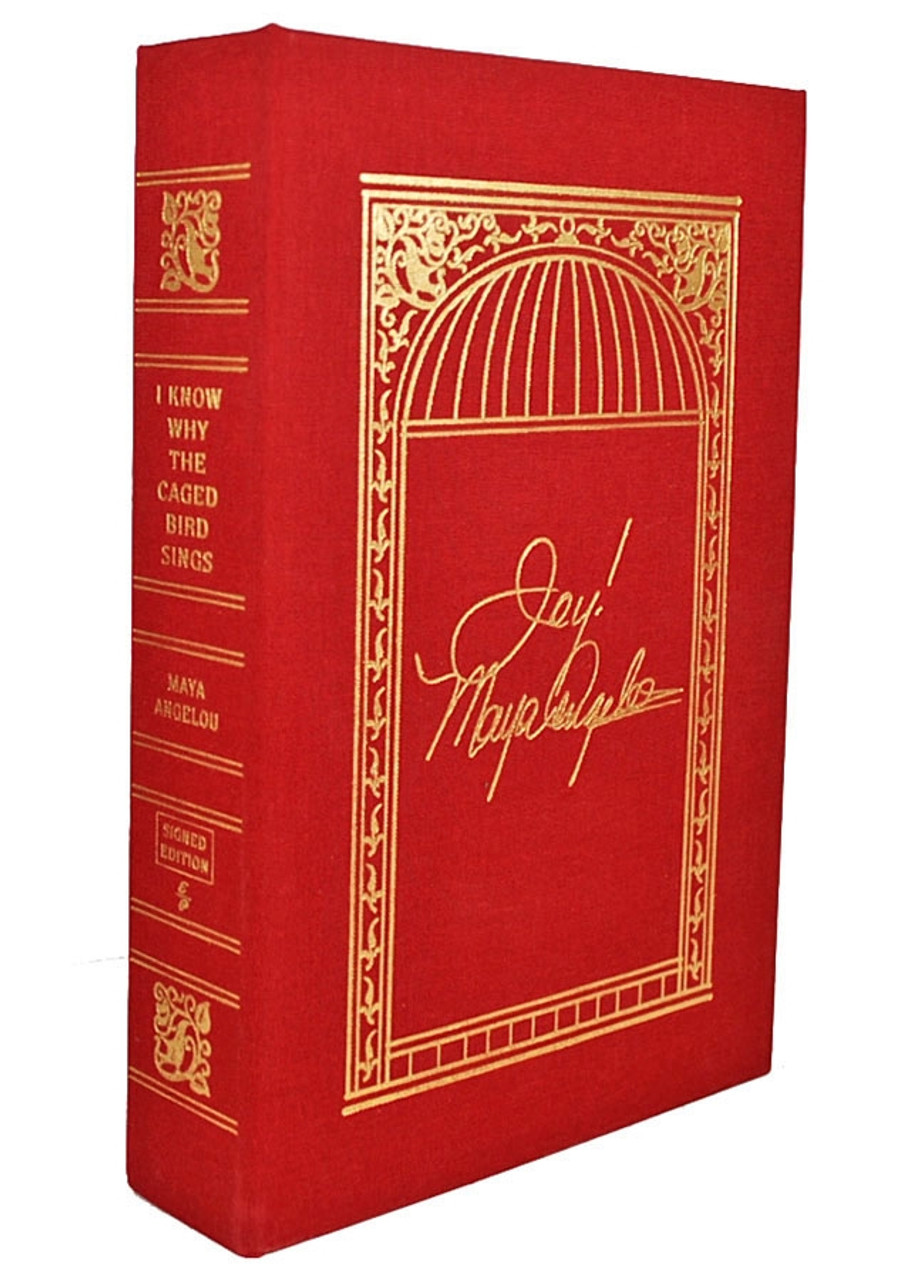 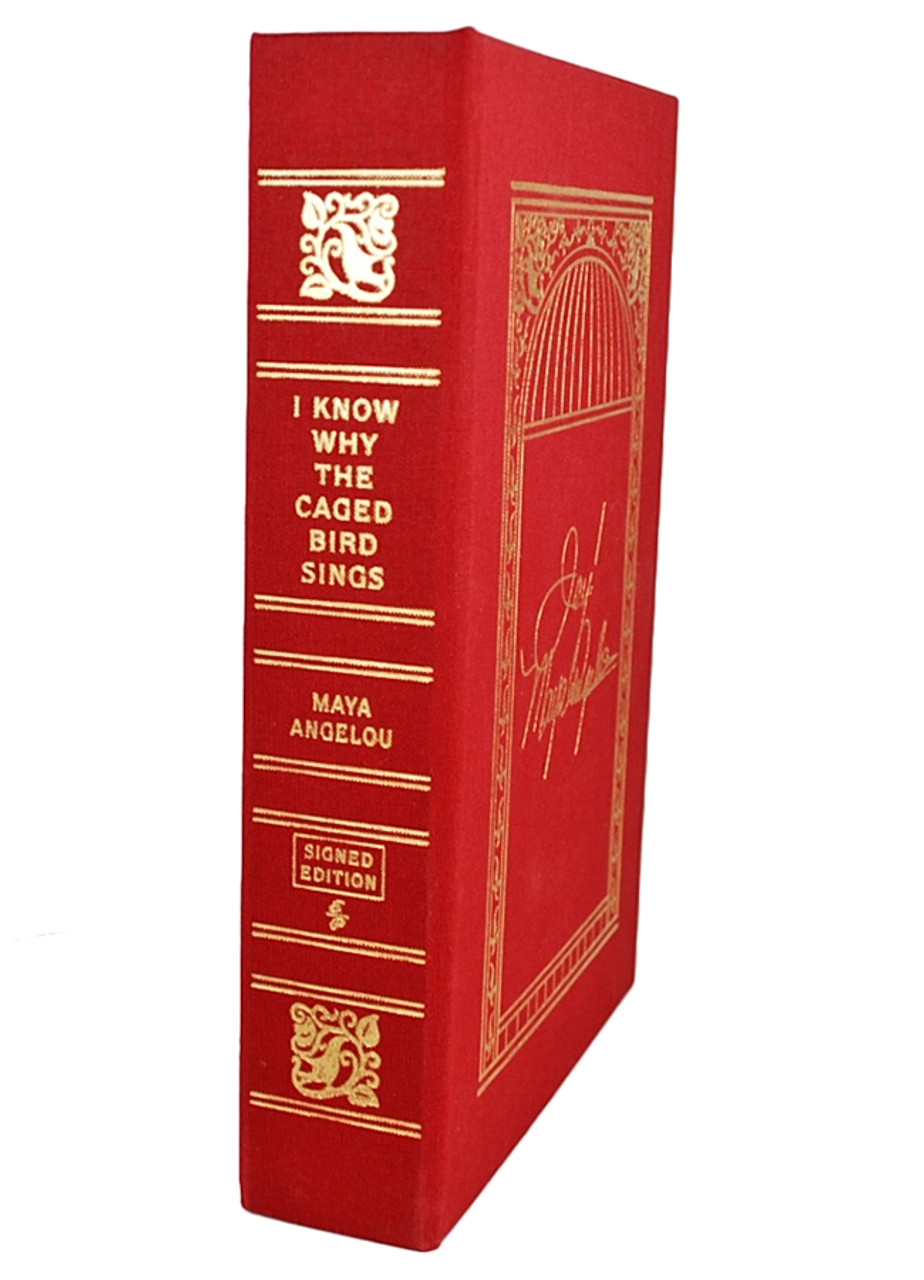 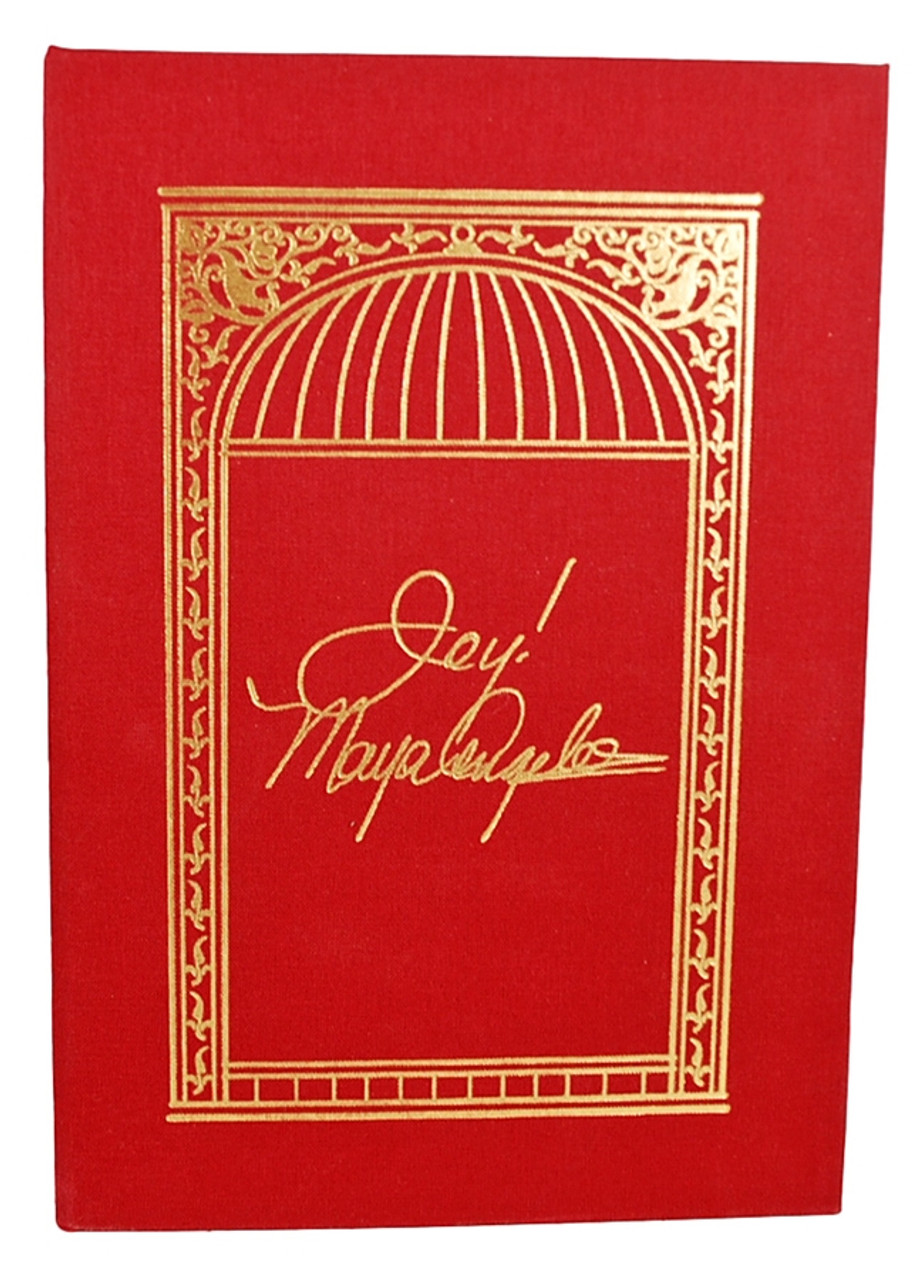 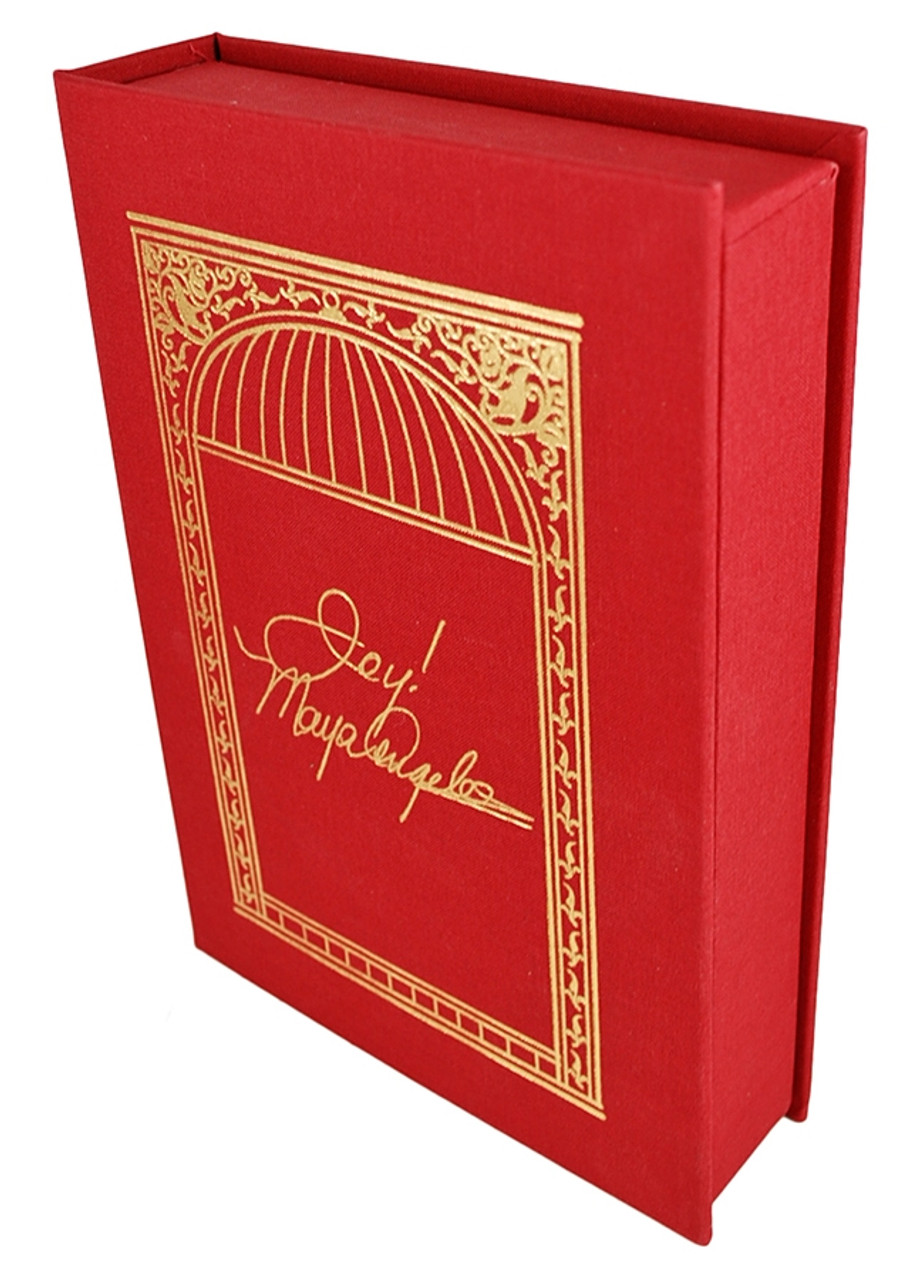 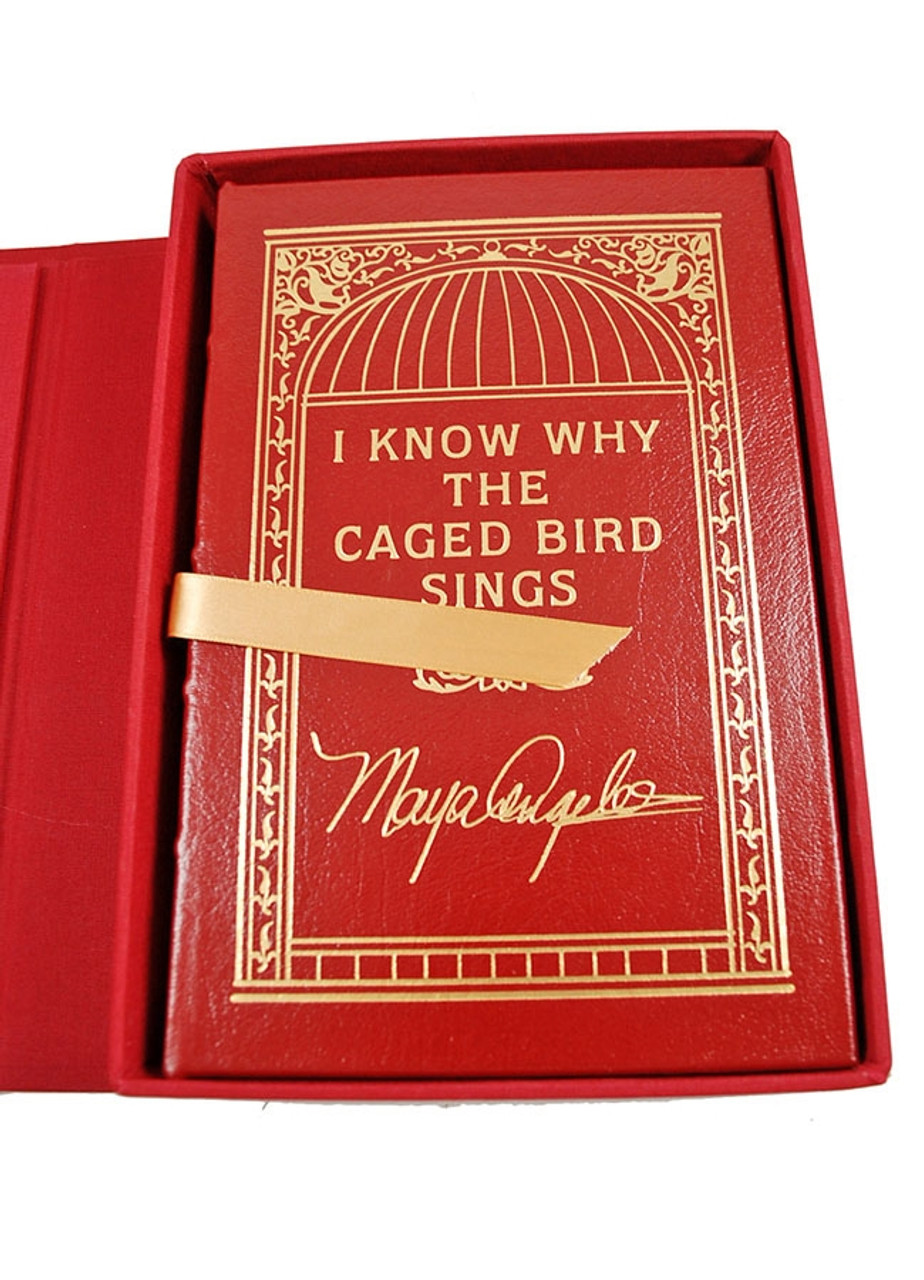 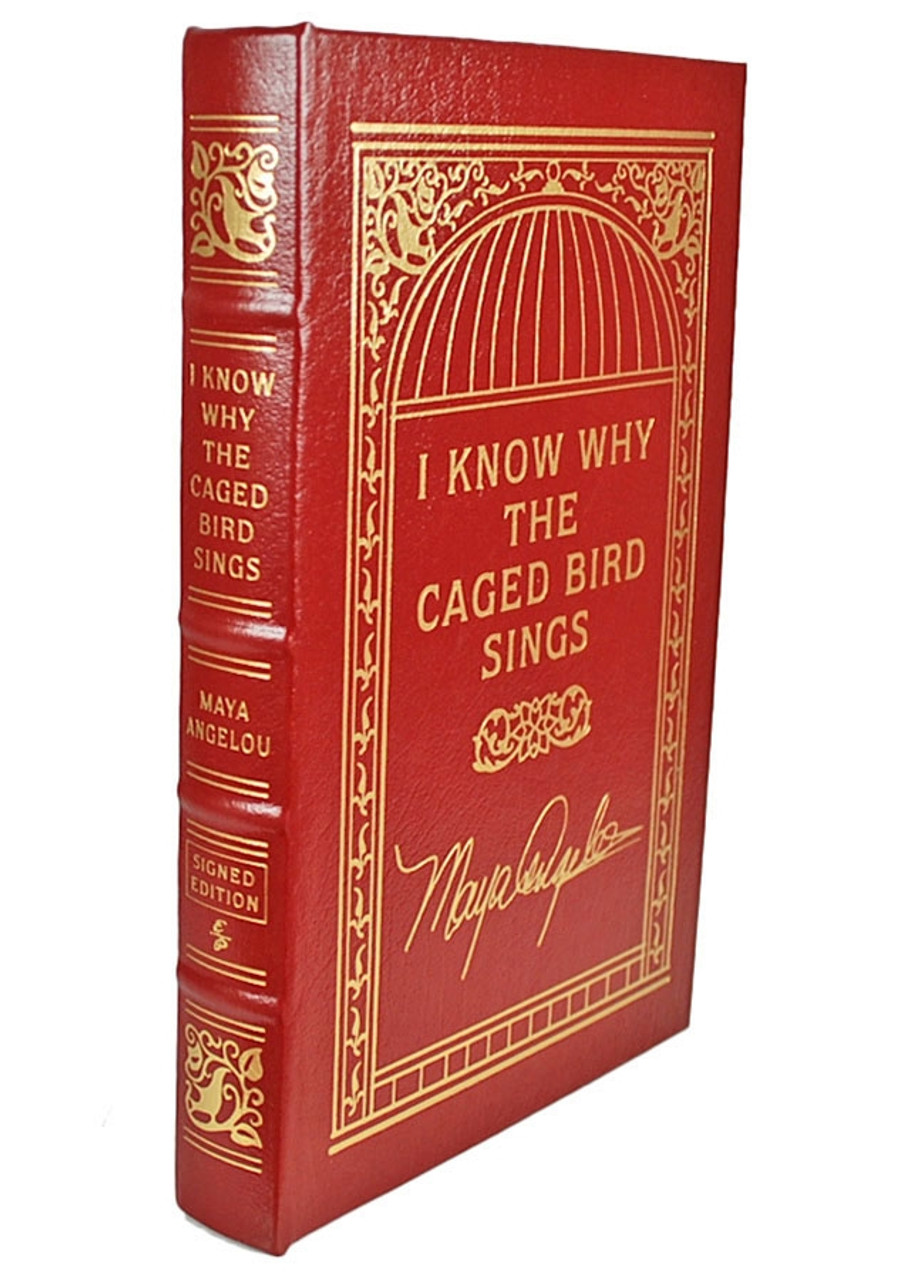 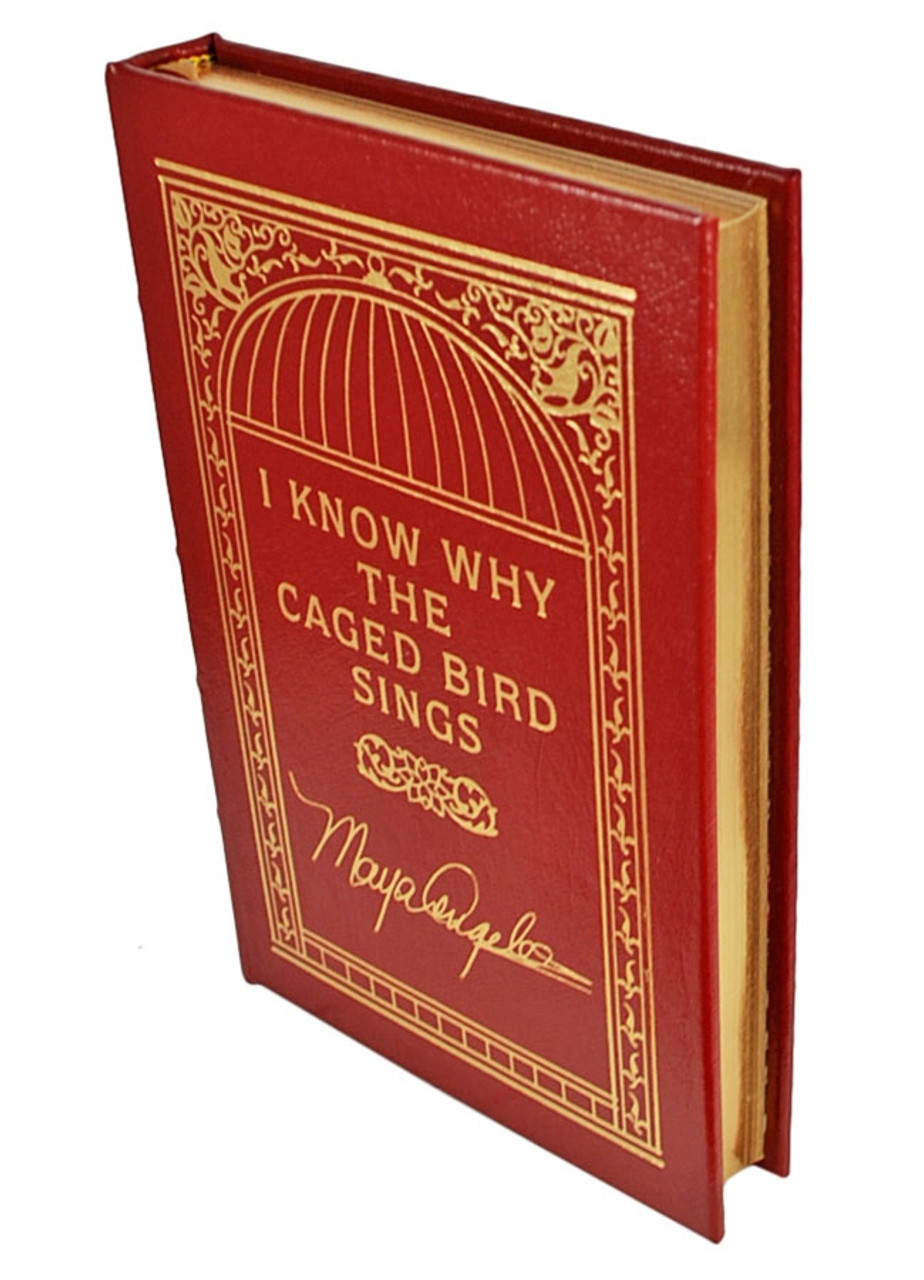 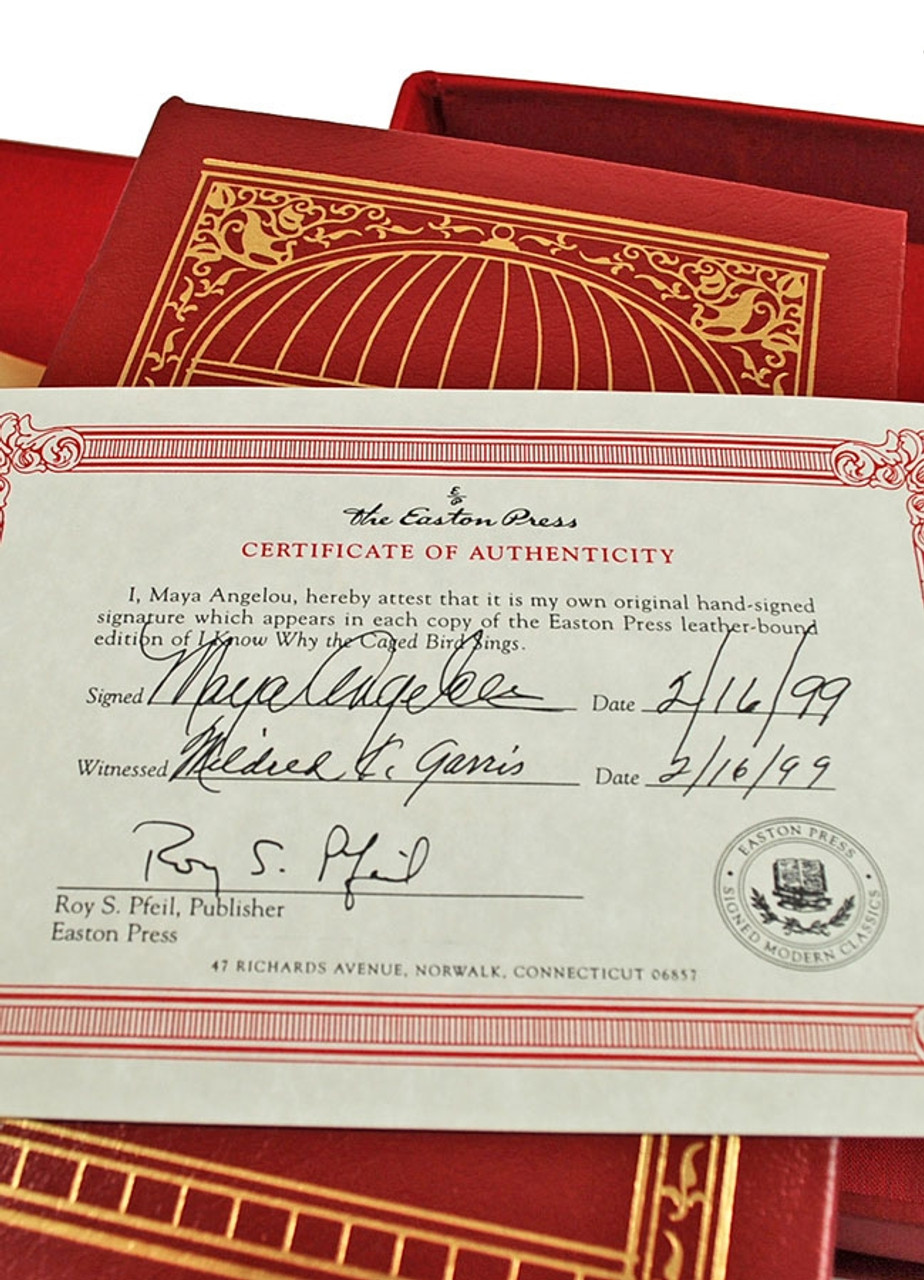 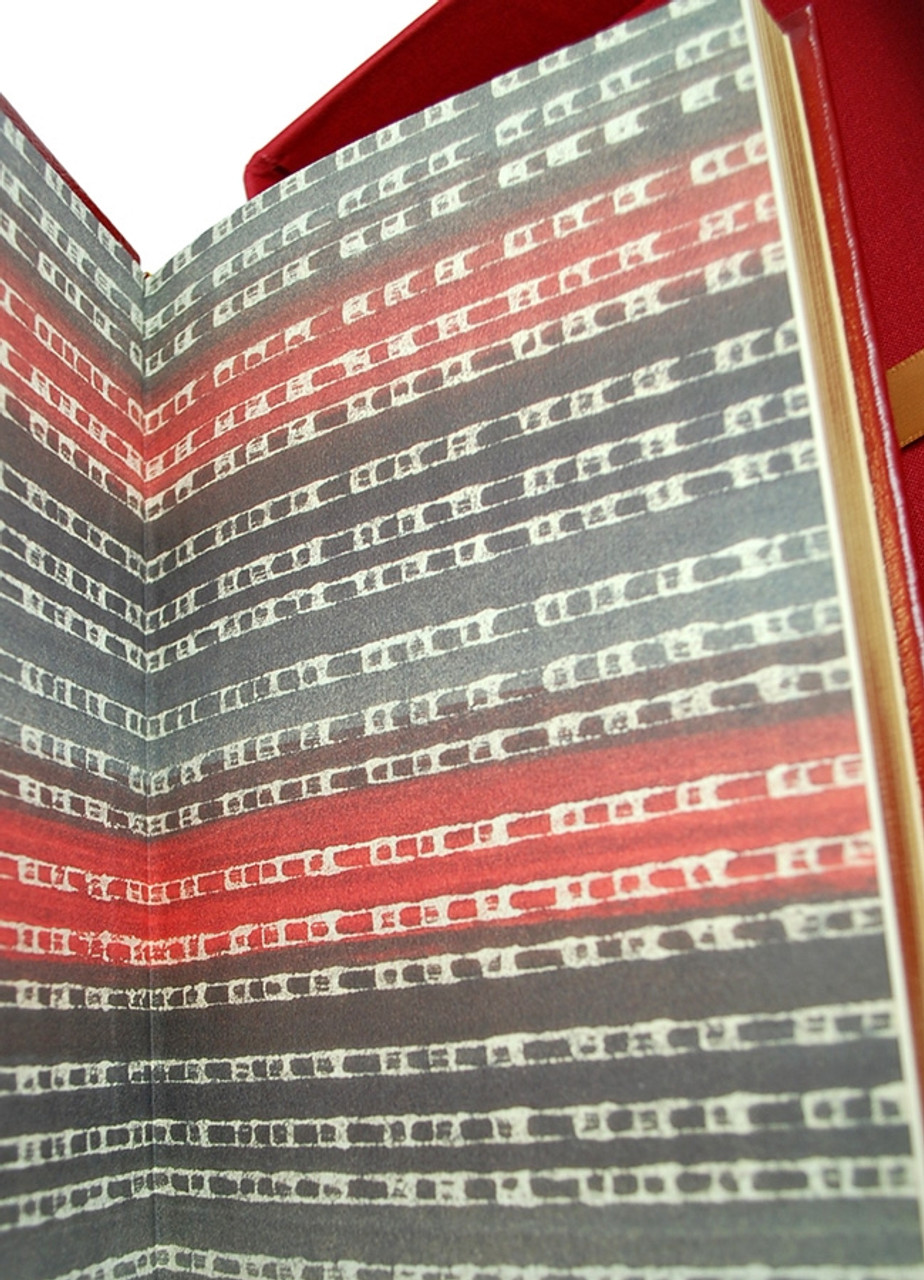 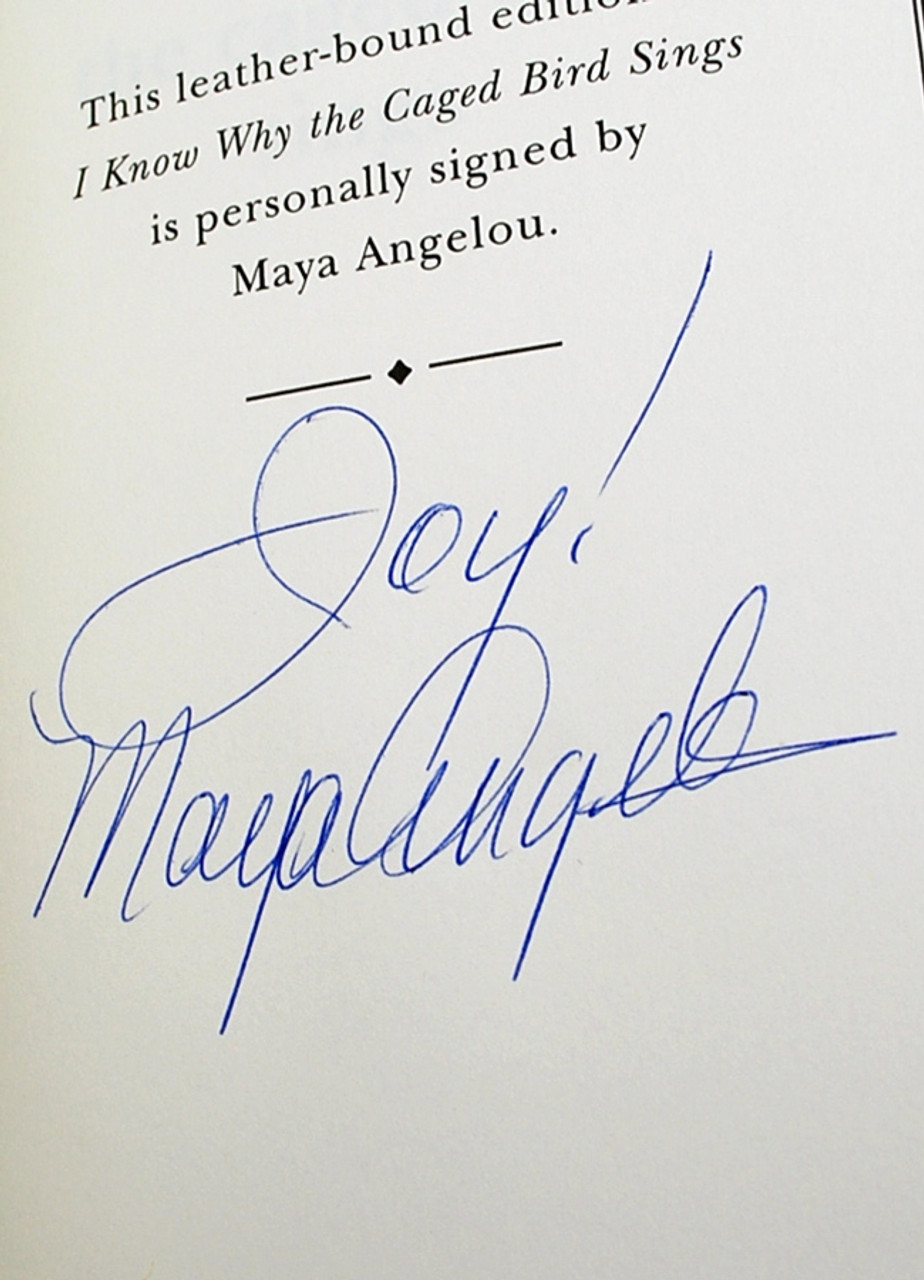 A wonderful collectible that would also make the perfect gift !

Easton Press, Norwalk, CT 1999. Full Genuine Leather. No Jacket as issued. 8vo. Hard cover. This volume has been personally hand signed by Maya Angelou. Signed limited edition of only 800 produced. Includes the original COA from the publisher. As new without any flaws. Sealed.

On the New York Times bestseller list for over three years, it was the first by an African-American woman. By the author of ten novels, including five volumes of autobiography. An important book by an important American voice.

"This testimony from a black sister marks the beginning of a new era in the minds and hearts of all black men and women... I Know Why The Caged Bird Sings, liberates the reader into life simply because Maya Angelou confronts her own life with such a moving wonder, such a luminous dignity. I have no words for this achievement, but I know that not since the days of my childhood, when the people in books were more real than the people one saw every day, have I found myself so moved... Her portrait is a biblical study in life in the midst of death." -- James Baldwin

"It is a heroic and beautiful book." -- Clevland Plain Dealer

"Maya Angelou is a natural writer with an inordinate sense of life and she has written and exceptional autobiographical narrative... a beautiful book -- an unconditionally involving memoir for our time or any time." -- The Kirkus Reviews

Maya Angelou, born April 4, 1928 as Marguerite Johnson in St. Louis, was raised in the perilously dangerous times of segregated Arkansas. Dr. Angelous is globally respected and admired for her poetry, role as a historian, loved author, impeccable actress, playwright, African American civil-rights activist, producer and director. Her lectures throughout the USA and in foreign countries are spellbinding. I heard her once in a ceremony to remember ERic Butterworth in New York City and will never forget her resonating voice and the profound simplicity of the intricate human images she manifested by way of a poem whose linguistic rhythm was key in contributing to a sense of vitality and initiative and progress that rises and is never apathetic. In 1981, she became a Reynolds professor of American Studies at Wake Forest University in North Carolina. She has authored and published a total of ten best selling books and many magazine articles earning her coveted Pulitzer Prize and National Book Award nominations. President William Jefferson Clinton asked her to write and deliver a poem at his January 1993 presidential inauguration.

Dr. Angelou, who speaks fluent French, Spanish, Italian and West African Fanti, began her career in dramatic arts and dance. She espoused a South African freedom fighter and lived in the Egyptian capital city of Cairo where she edited the Arab Observer, the sole English-language news weekly in the Middle East. In Ghana, she was feature editor of The African Review and was a professor at the University of Ghana. In the turbulent 1960's, Dr. Martin Luther King, Jr. asked Ms. Angelou to become the northern coordinator of the Southern Christian Leadership Conference.

Maya Angelou was among the first African-American women to achieve high spots in the bestsellers lists this respective book that is SIGNED for your consideration namely "I Know Why the Caged Bird Sings," This book is a riveting acount of her childhood and is indeed a seminal American literary feat. In addition, it is a boundless story of inspriation and the power of resilience with dignity. Although the story is intimately individualistic, the theme is collective and inclusive being the love and universality of all lives. Angelou has frequently stated that we have a moral obligation to love. What a conept in a world that seems to be very focused on destruction. Indeed, she usually signs with the powerul word PEACE. She spoke of her early passion for the writings of William Shakespeare, and offered her audience excerpts from the poems of several prominent African-Americans authors, including James Weldon Johnson and Paul Lawrence Dunbar.

In 1975 the Ladies Home Journal Woman of the Year Award in communications was bestowed upon her. She also received a great many honorary degrees and was appointed by President Jimmy Carter to the National Commission on the Observance of International Woman's Year. President Gerald Ford appointed her to the American Revolutionary Bicentennial Advisory Council. She is on the board of the national American Film Institute and is one of the few female members of the Movie Director's Guild.