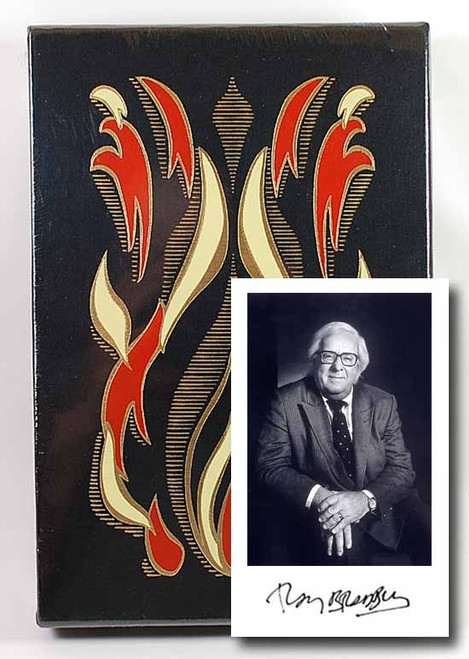 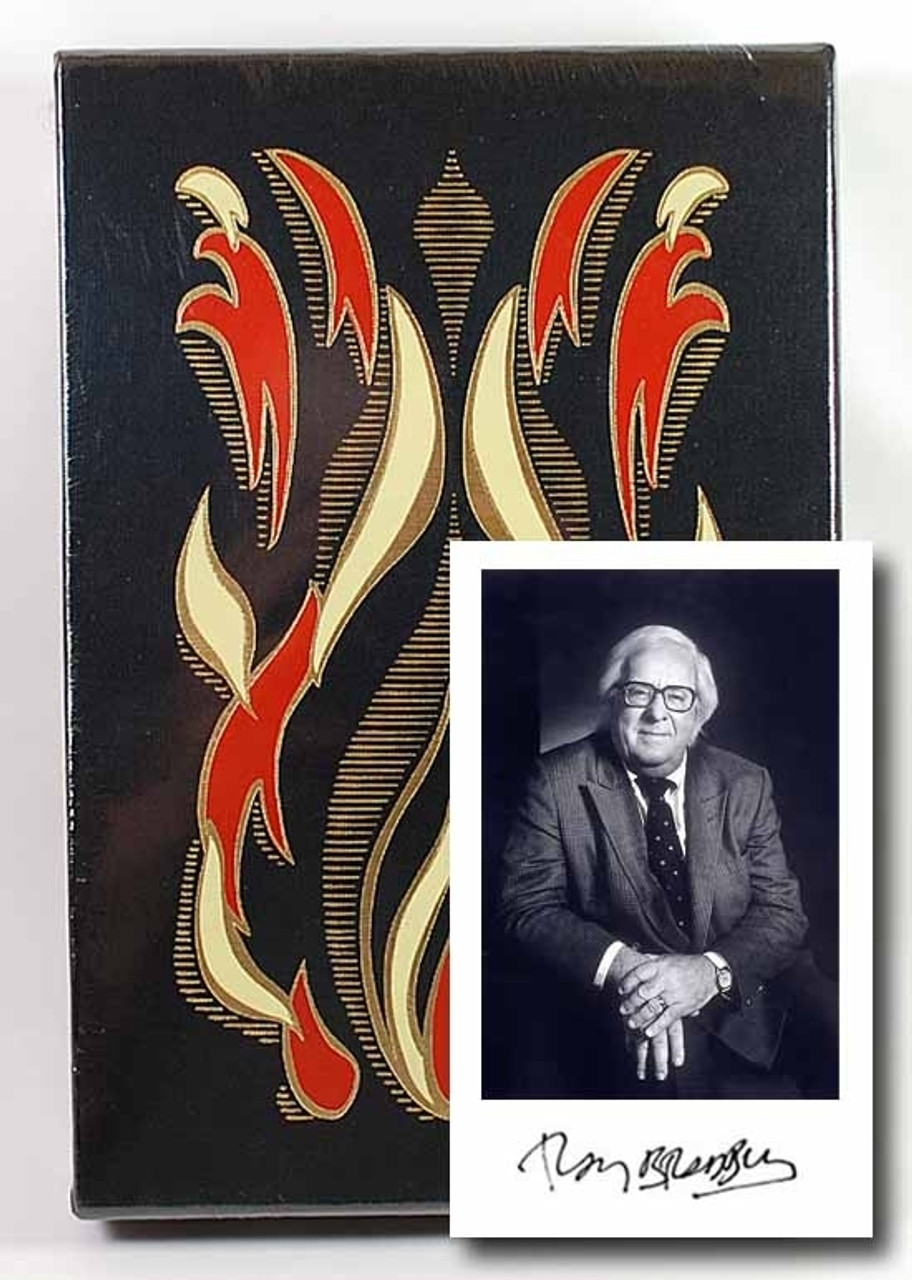 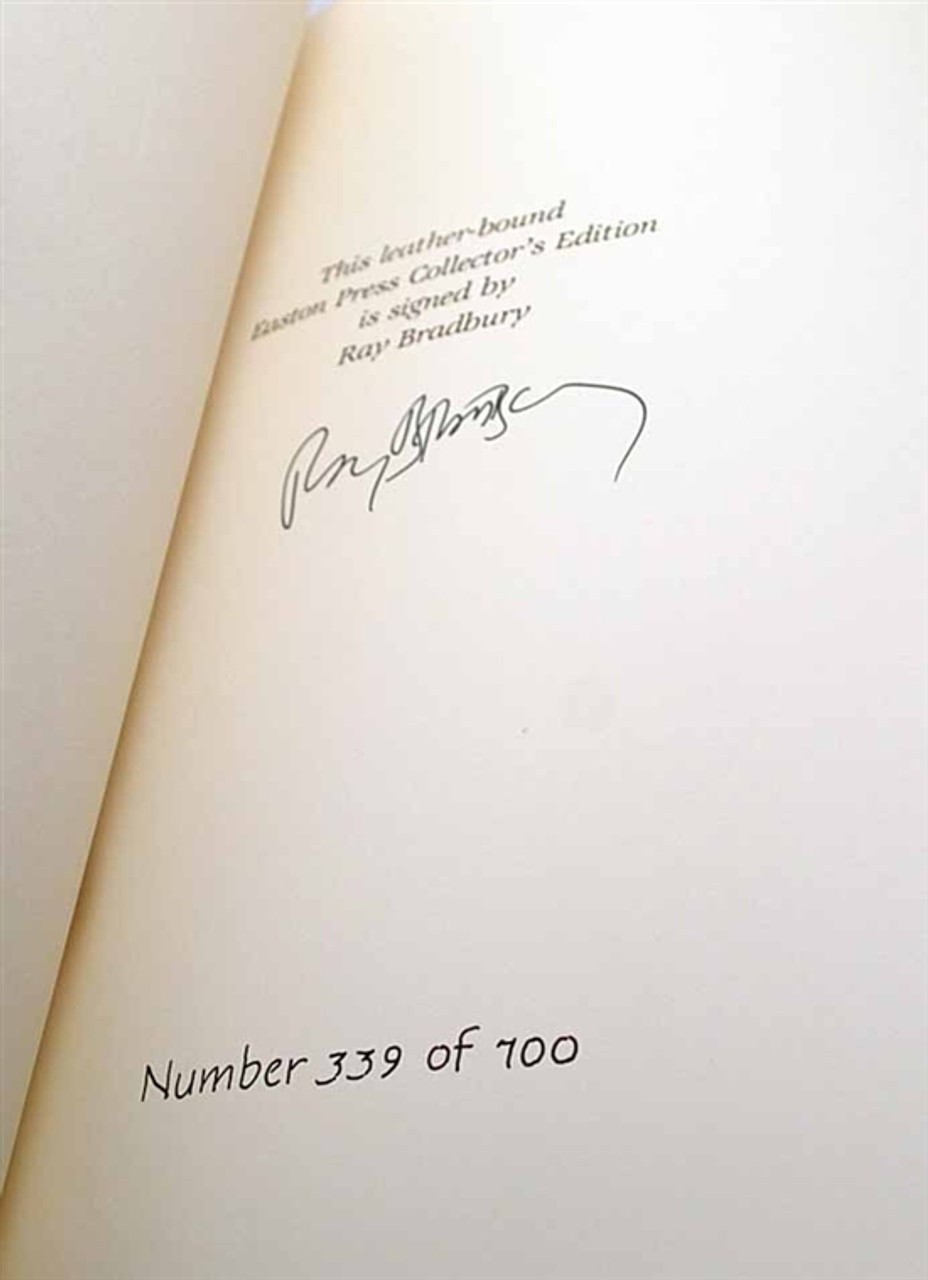 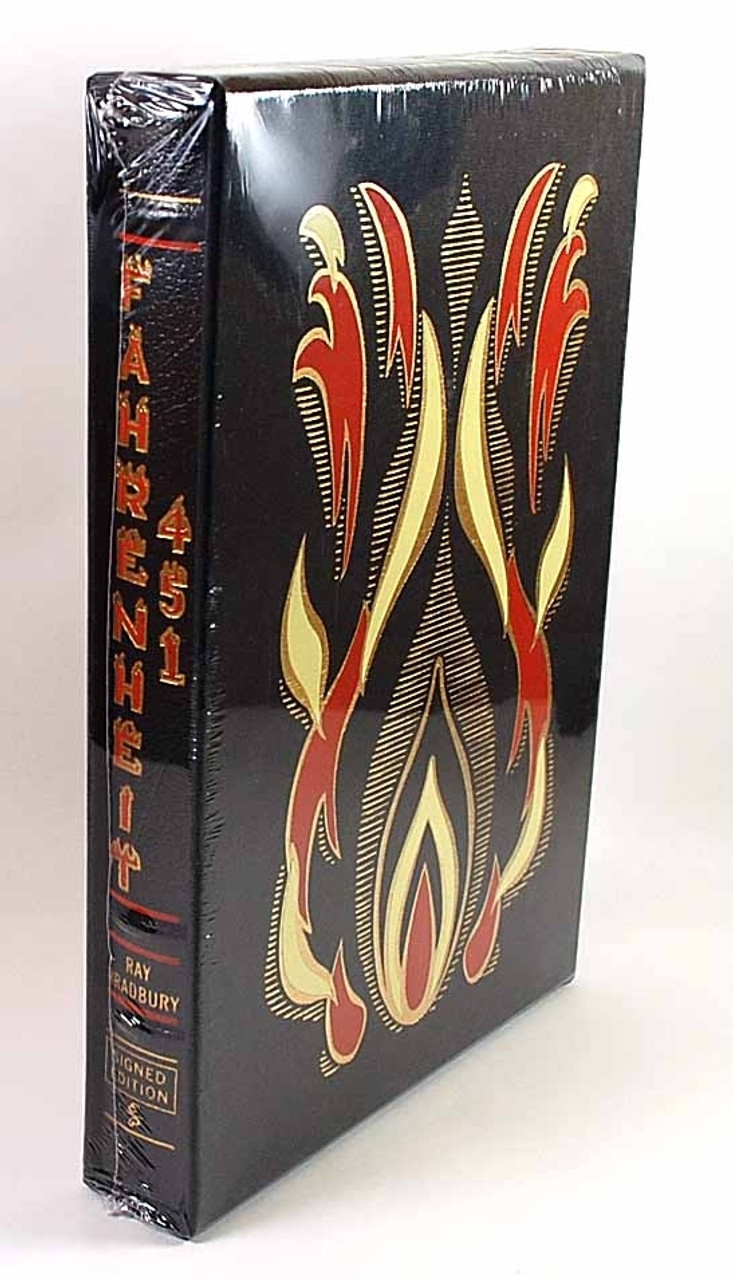 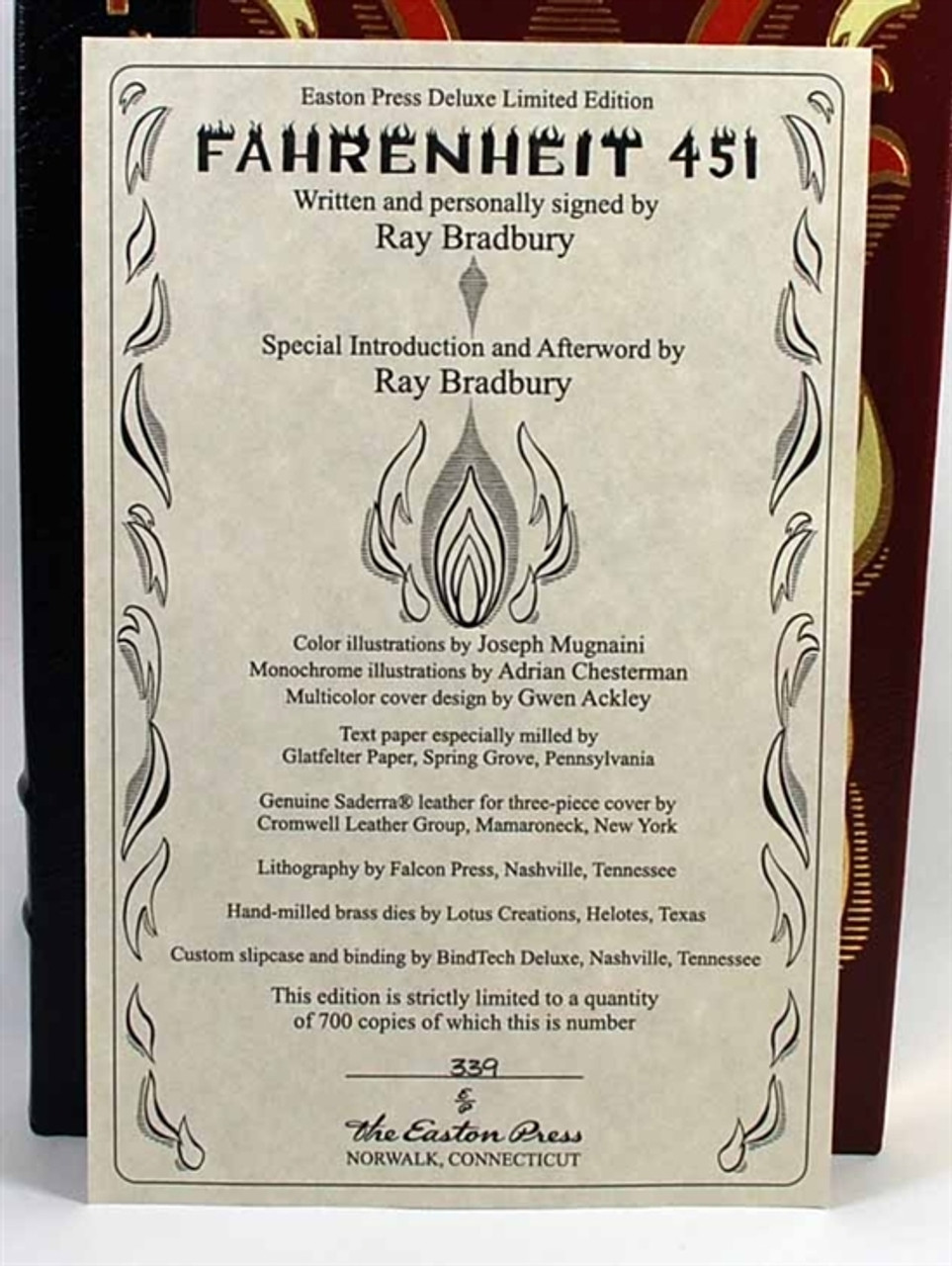 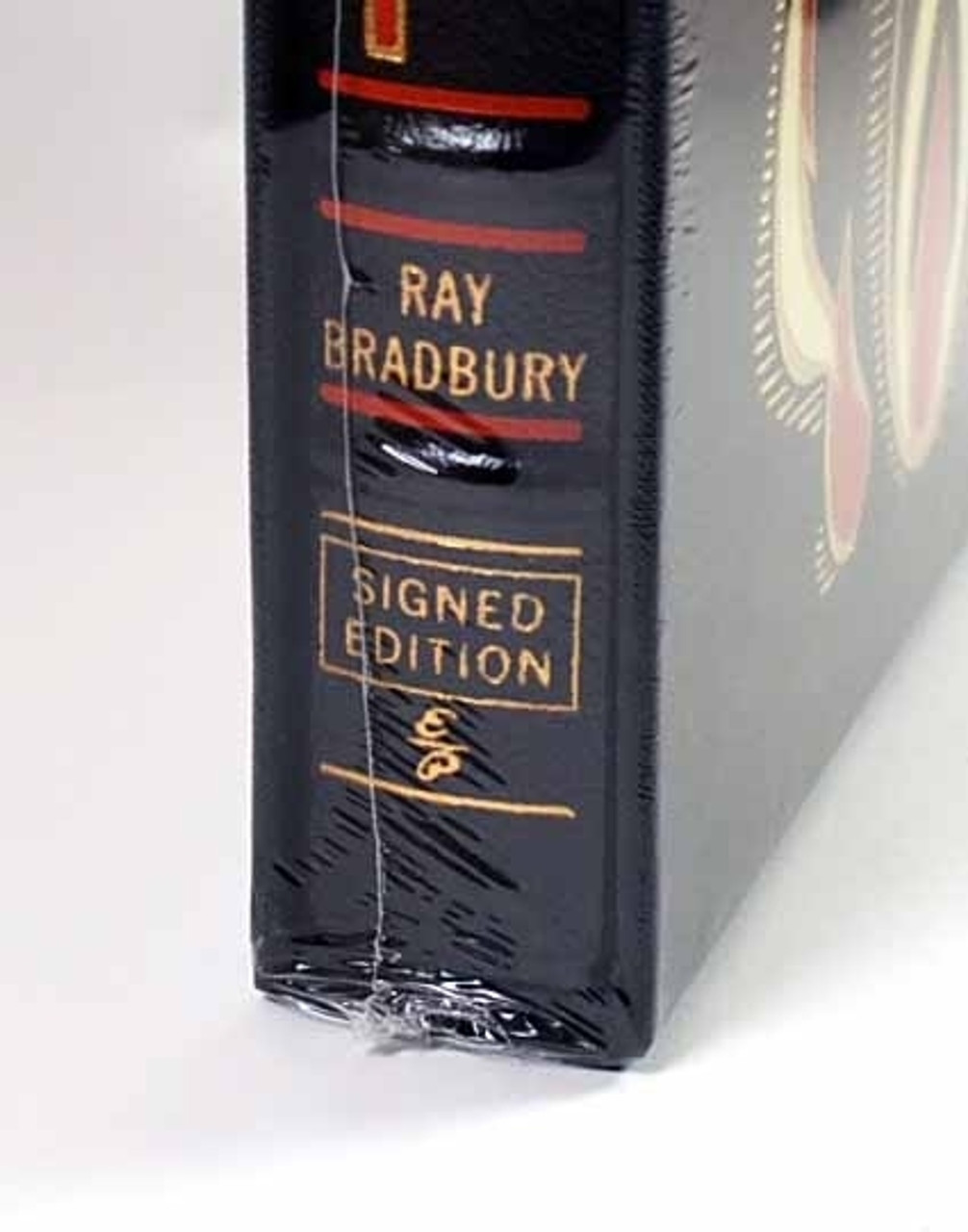 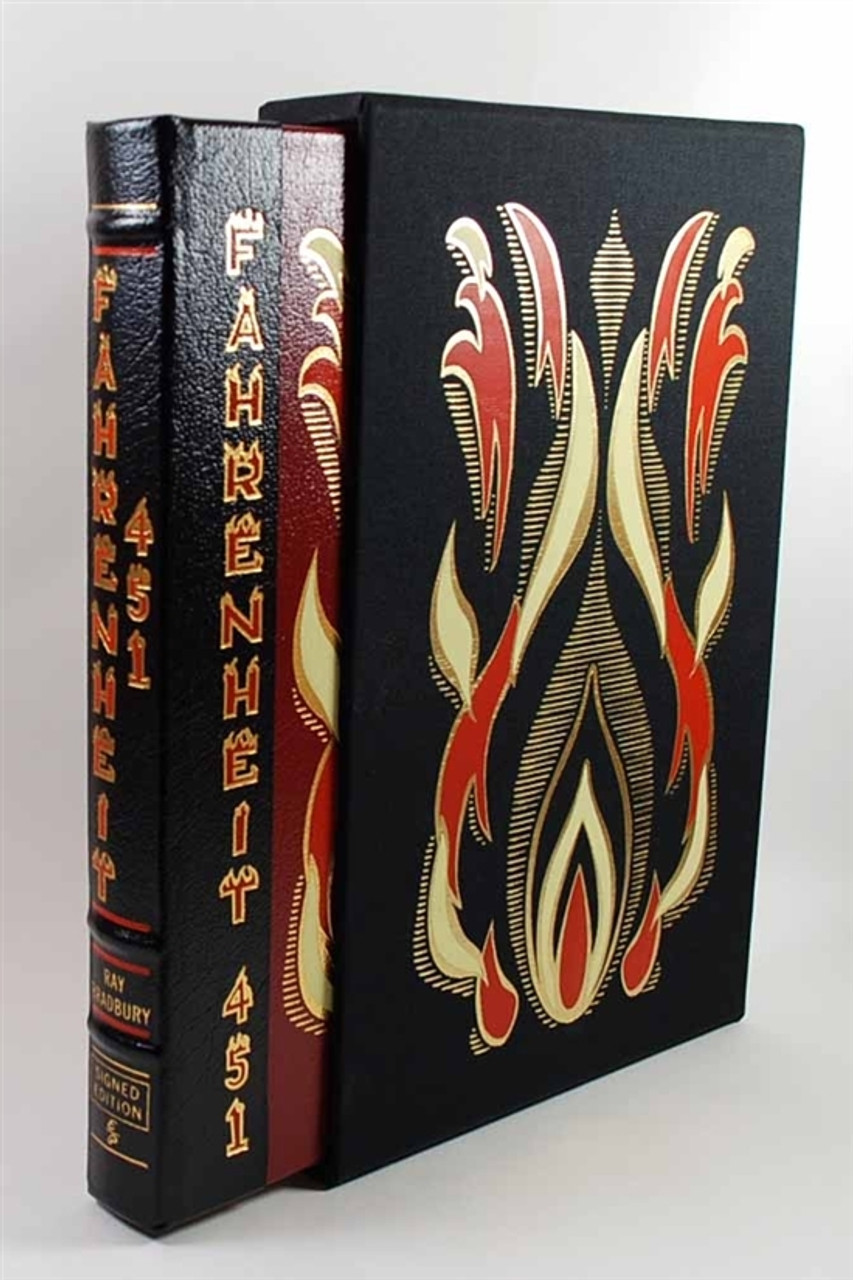 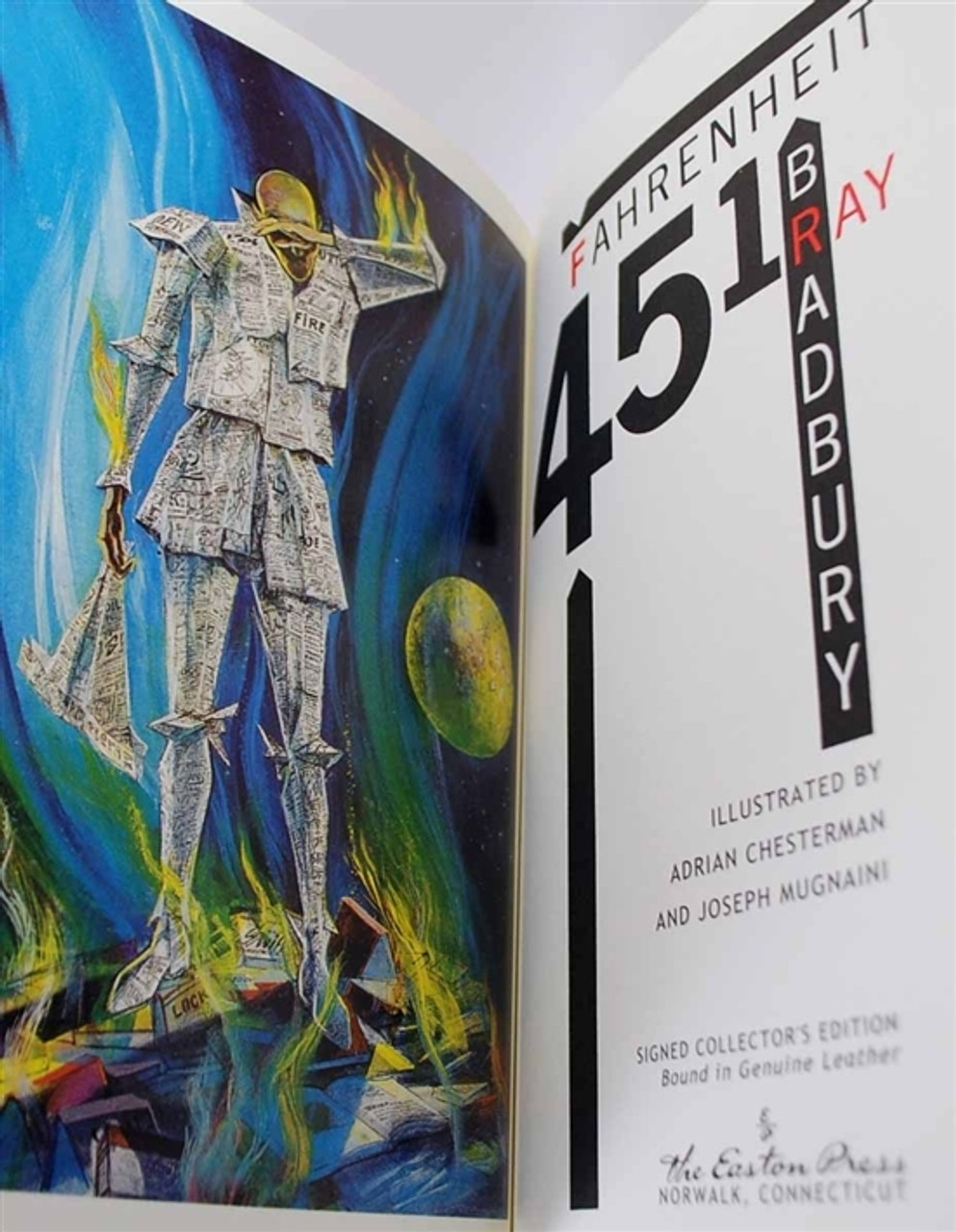 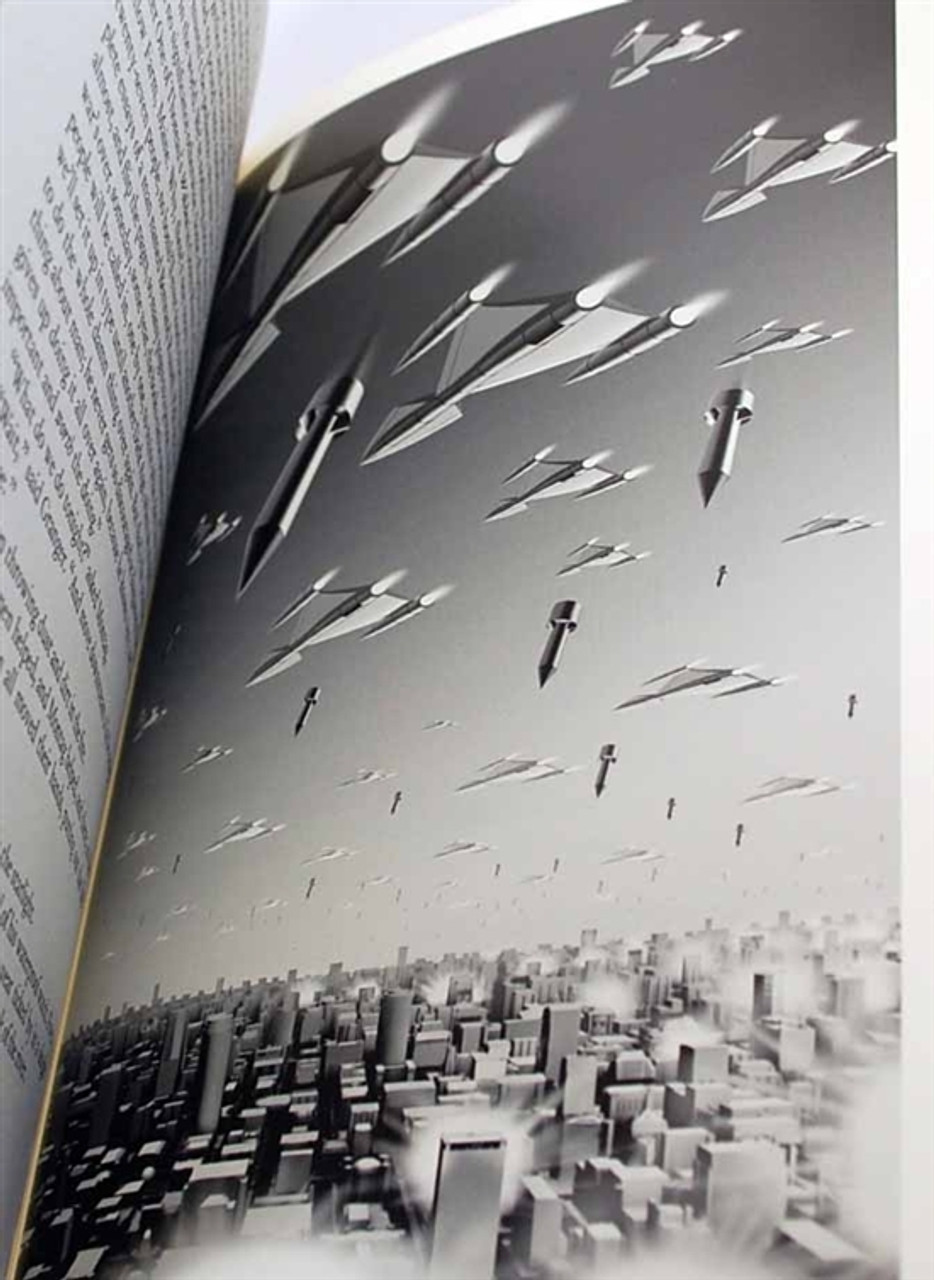 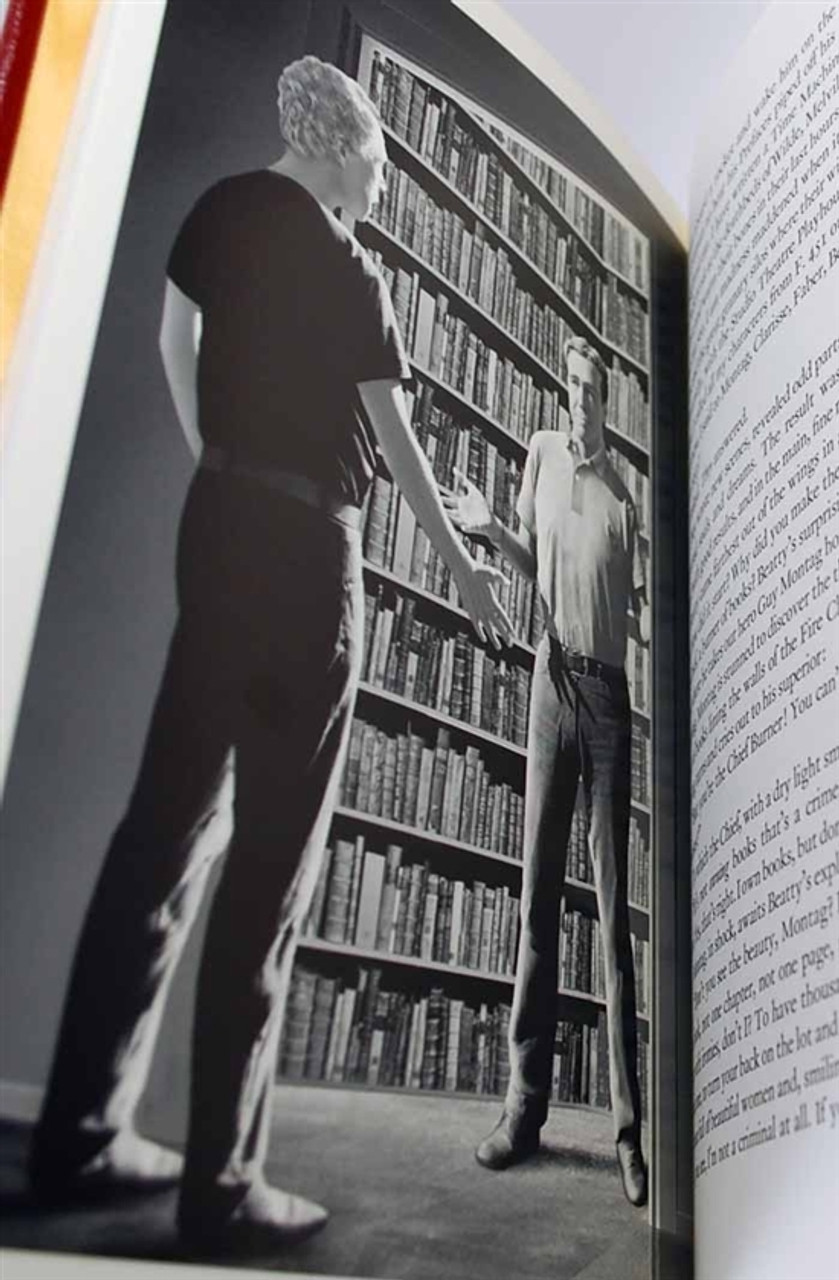 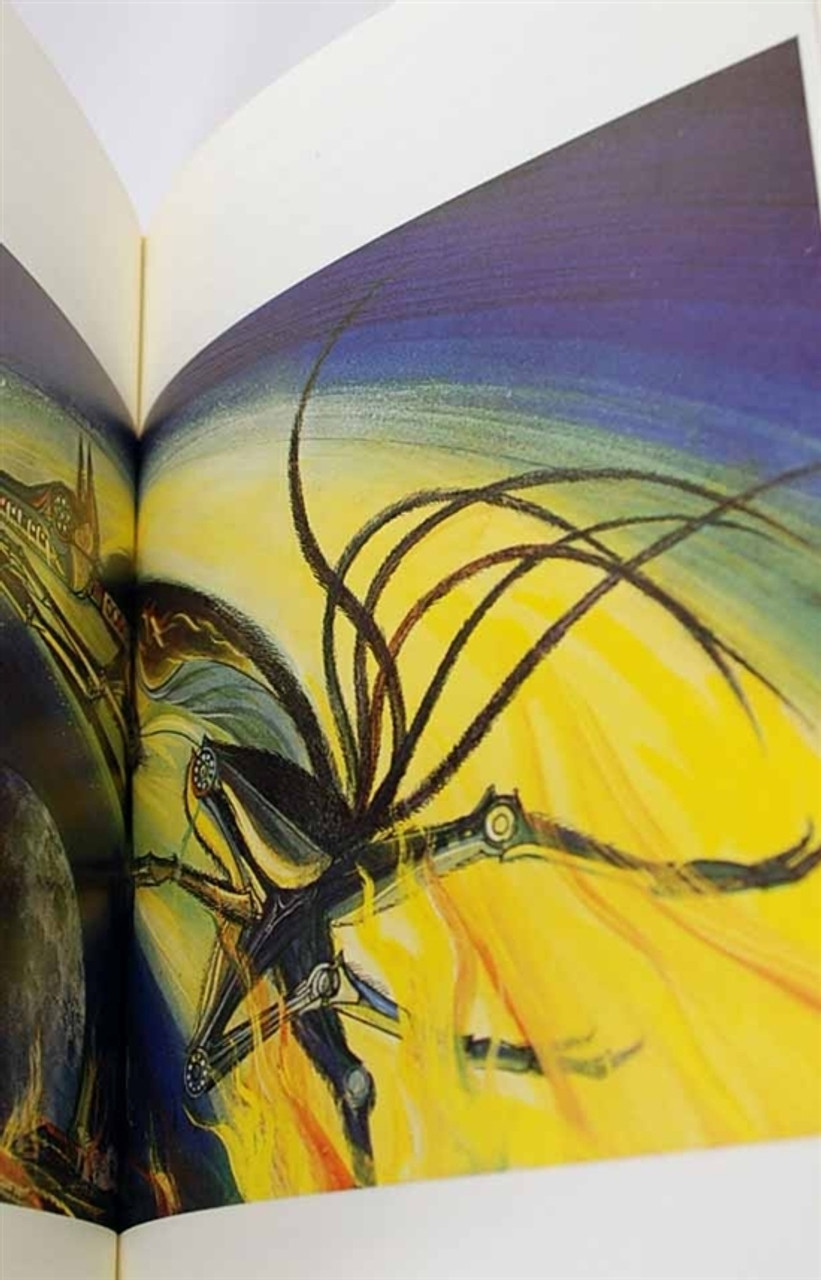 A Deluxe Signed Limited Edition of only 700. This is the science-fiction classic that is lavishly illustrated throughout and would also make an ideal gift for the Ray Bradbury fan.

A magnificent leather bound edition, SIGNED by the great Ray Bradbury. As New. The original shrink-wrap is on the book but has been removed to verify the signature and number. The condition is of the highest quality.

Easton Press, Norwalk, CT. 2010. Includes the original COA (Certificate of Authenticity) . A beautiful and scarce signed limited edition to display in your library. This in number 339 of only 900 produced.


About the Author Ray Douglas Bradbury is an American fantasy, horror, science fiction, and mystery writer. Best known for his dystopian novel Fahrenheit 451 (1953) and for the science fiction stories gathered together as The Martian Chronicles (1950) and The Illustrated Man (1951), Bradbury is one of the most celebrated among 20th and 21st century American writers of speculative fiction. Many of Bradbury's works have been adapted into television shows or films About Fahrenheit 451 Fahrenheit 451 is a dystopian novel by Ray Bradbury which was first published in a shorter form as "The Fireman" (Galaxy Science Fiction, Vol. 1 No. 5, February 1951). The short novel presents a future American society in which the masses are hedonistic and critical thought through reading is outlawed. The central character, Guy Montag, is employed as a "fireman" (which, in this future, means "bookburner").

The novel's title refers to the supposed temperature at which book paper combusts. Although sources contemporary with the novel's writing gave the temperature as 450 C (842 F), Bradbury is believed to have thought "Fahrenheit" made for a better title; however, in an introduction to the 40th anniversary edition of the novel, Bradbury states that a person he spoke with at the local fire department said "Book-paper catches fire at 451 degrees Fahrenheit". The "firemen" burn them "for the good of humanity". Written in the early years of the Cold War, the novel is a critique of what Bradbury saw as issues in American society of the era.

VERY FINE without any discernible flaws. The condition is of the highest quality.

A very unique book, personally signed by Ken Kesey with a special "Gel Art" pen.Few of these were signed with this type of "Gel Pen" Art-work.An international bestseller and the basis for a hugely...