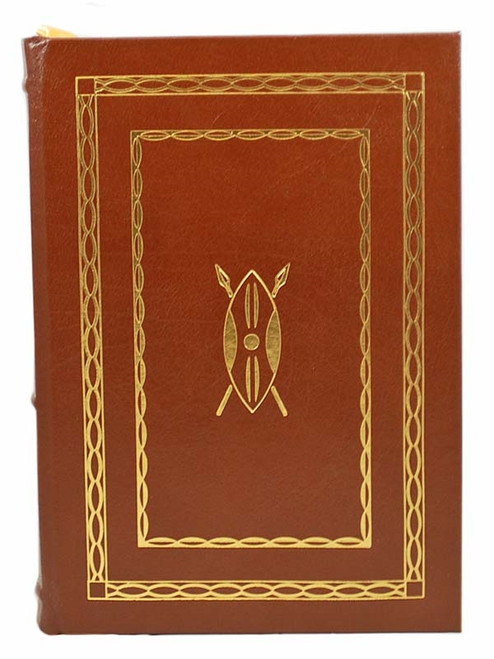 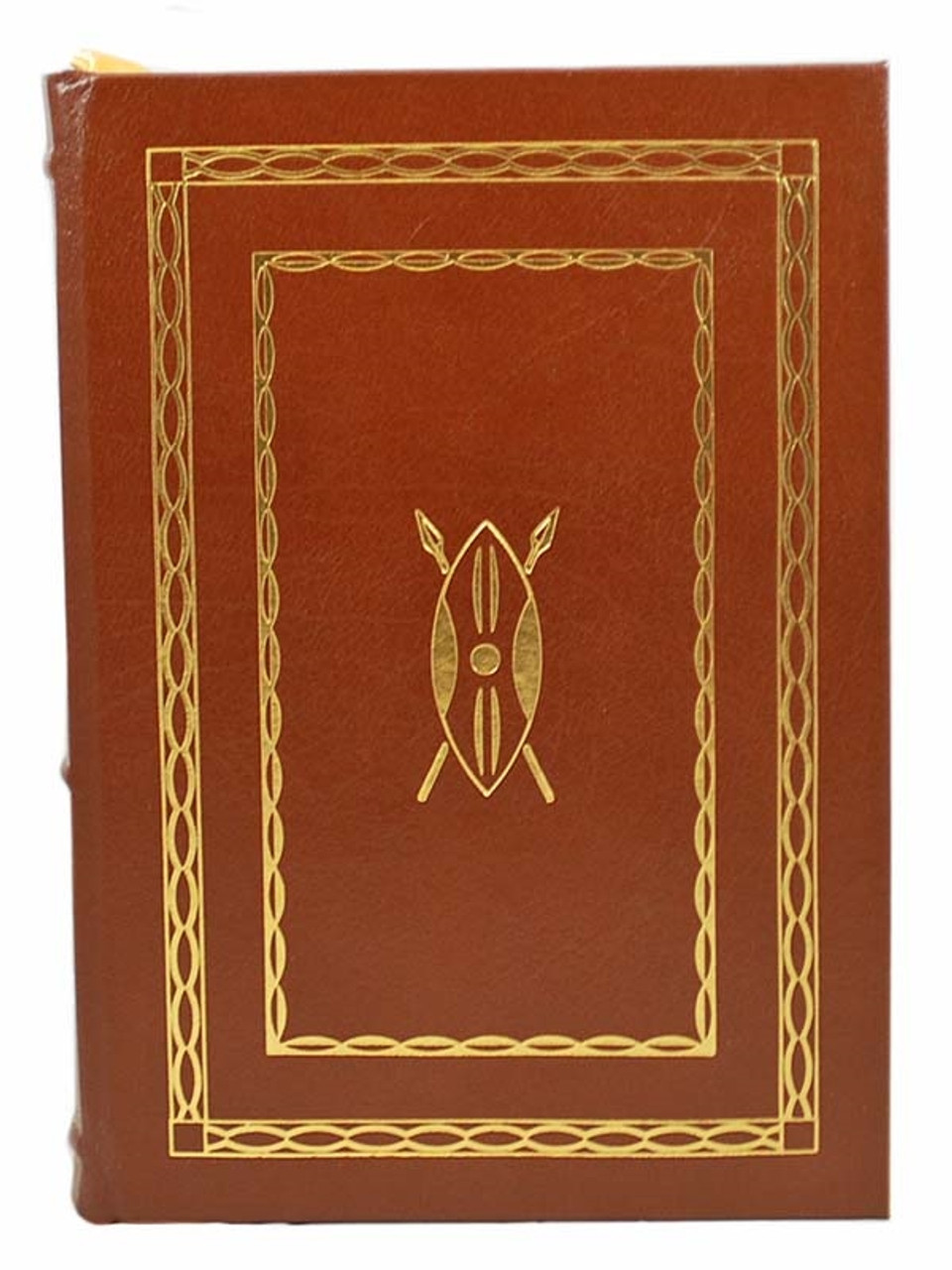 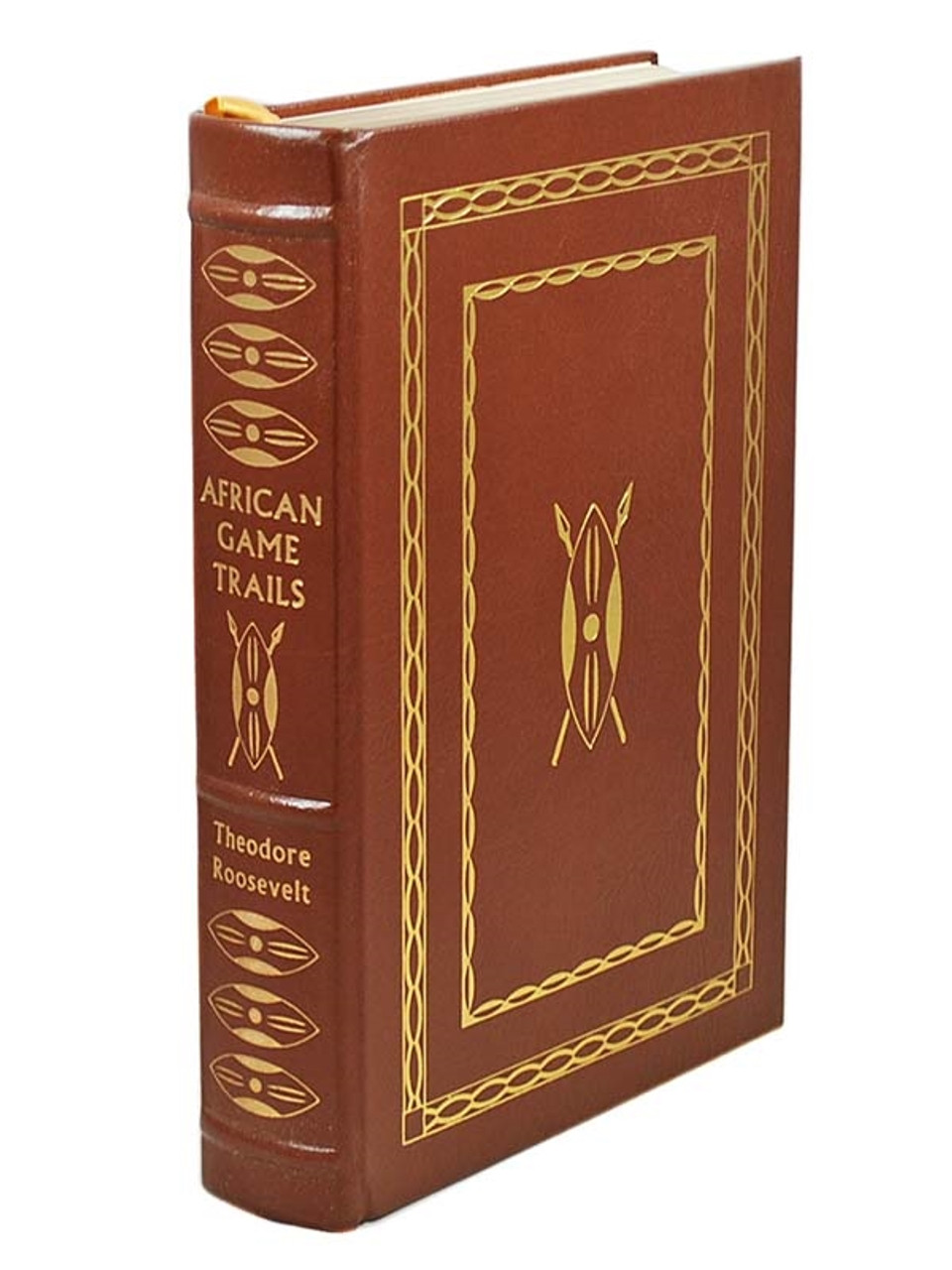 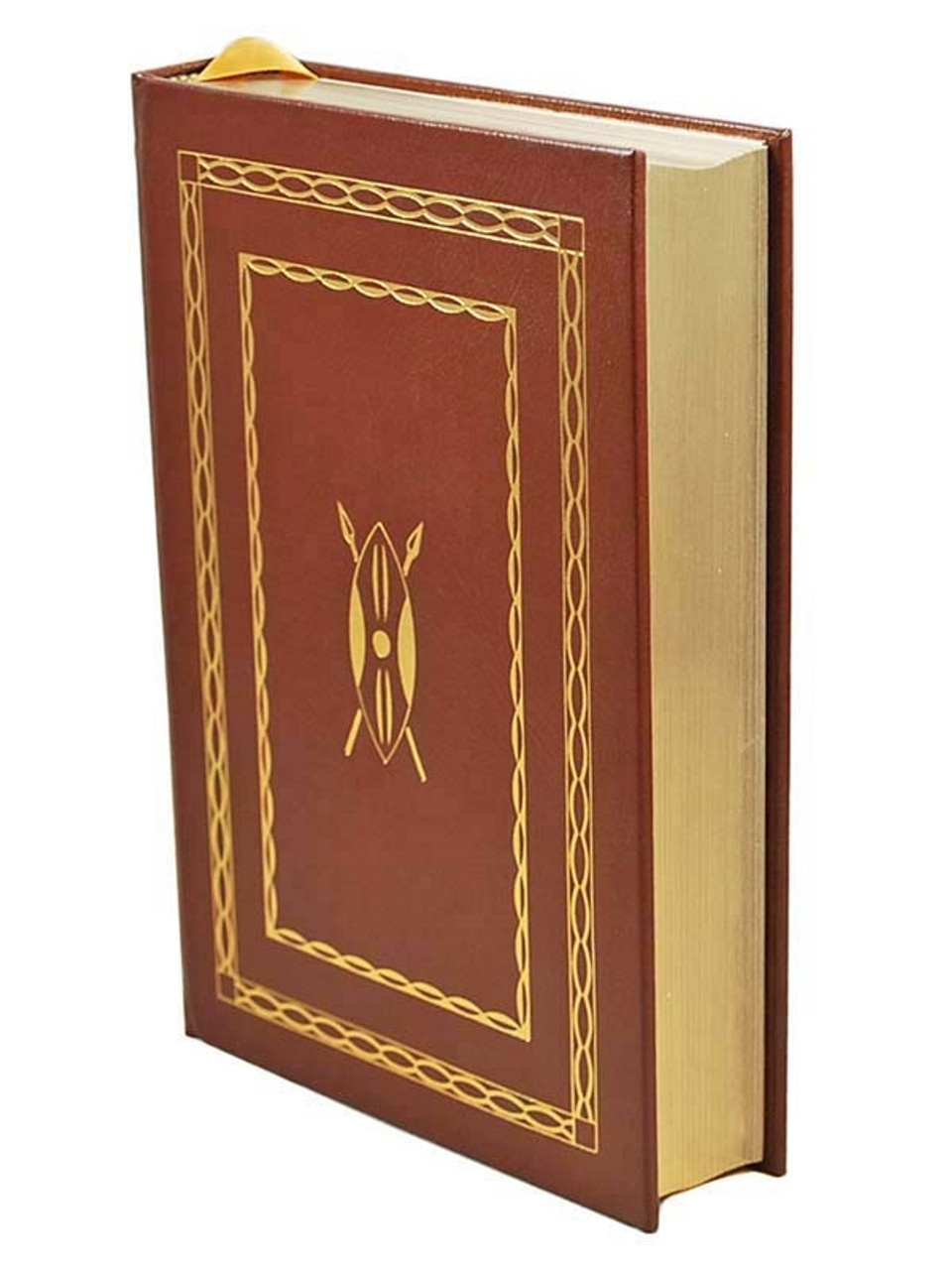 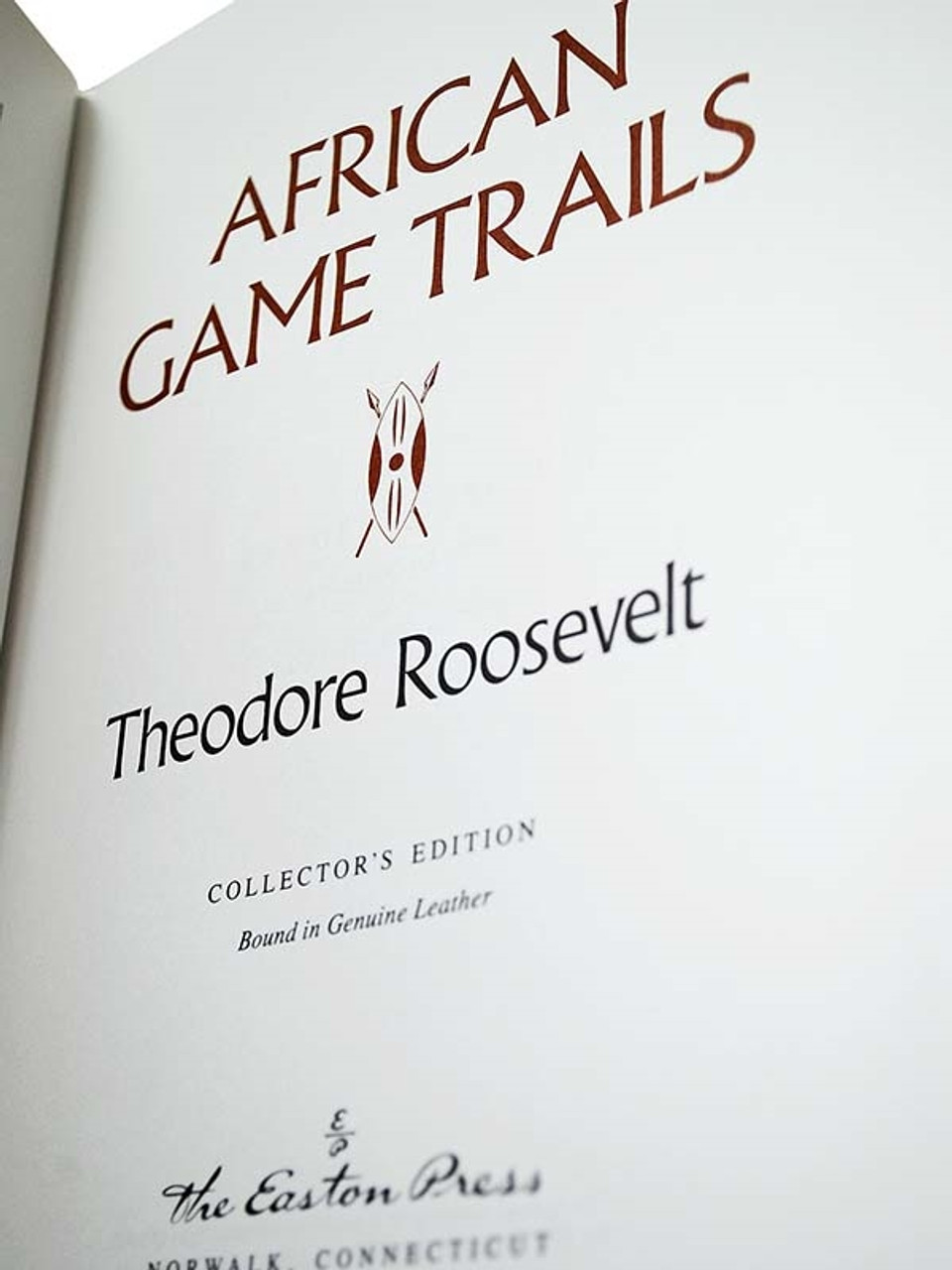 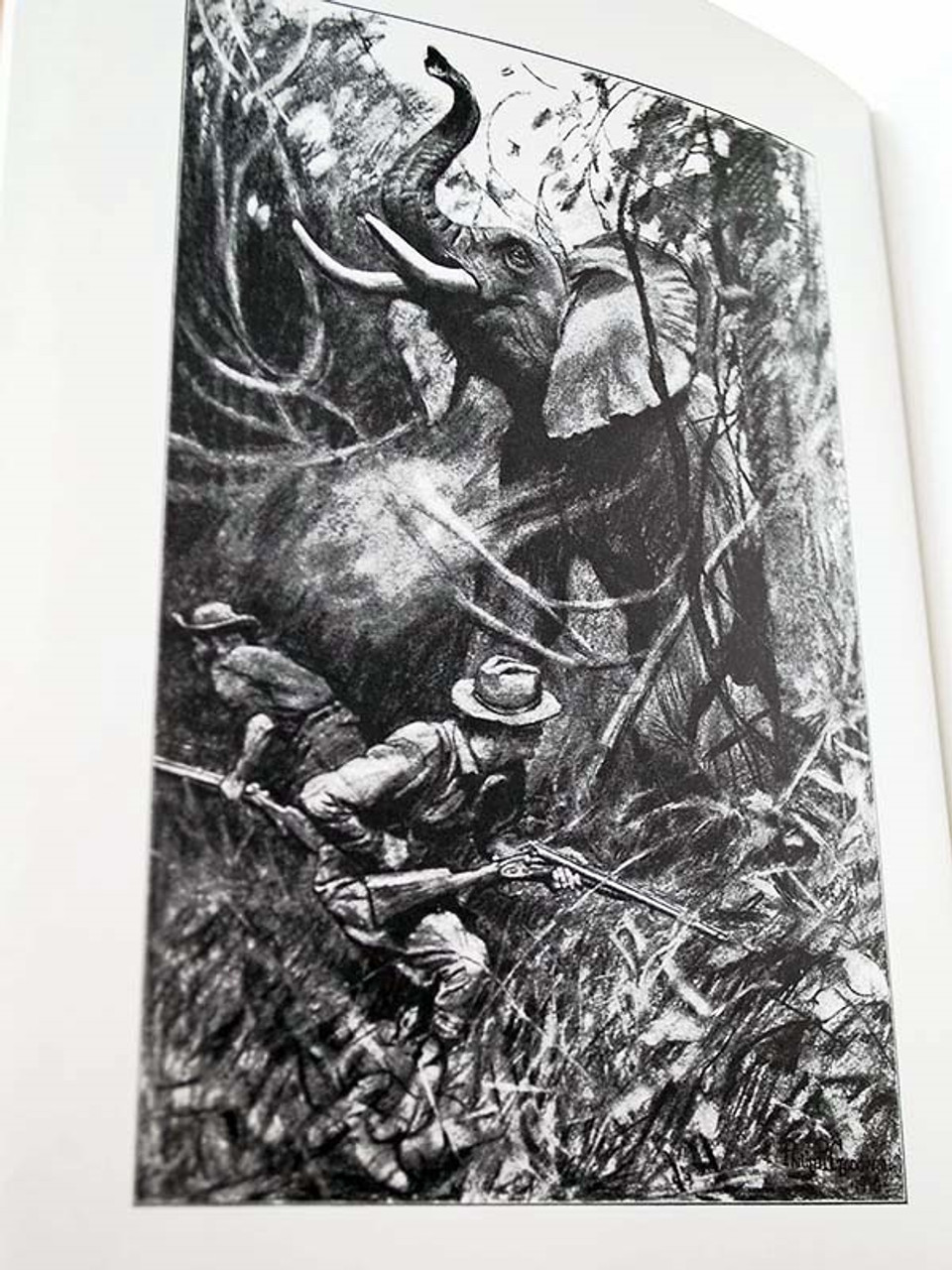 Theodore Roosevelt (1858 - 1919) was the 26th president of the United States and a noted sportsman and naturalist. We have him to thank for our national park system, and the preservation and protection of much of our endangered wildlife. In April 1909 (through March 1910), shortly after the end of his presidency, Roosevelt, then 50 years old, and along with his 19 year old son Kermit, left New York for a safari in east and central Africa. Roosevelt's party landed in Mombassa, British East Africa (now Kenya), traveled to the Belgian Congo (now Democratic Republic of the Congo) before following the Nile up to Khartoum in modern Sudan. Financed by Andrew Carnegie and by his own writing contract, Roosevelt's party hunted for specimens for the Smithsonian Institution and for the American Museum of Natural History in New York. The group included scientists from the Smithsonian and was led by hunter-tracker R.J. Cunninghame, and sometimes accompanied by Frederick Selous, a famous big game hunter and explorer. Roosevelt brought with him four tons of salt for preserving animal hides, and an elephant-rifle donated by a group of admiring Britons.

The twenty-sixth president of the United States was also a world-renowned hunter, conservationist, soldier, and scholar. In 1908 he took a long safari holiday in East Africa with his son Kermit. His account of this adventure is as remarkably fresh today as it was when these adventures on the veldt were first published. Roosevelt describes the excitement of the chase, the people he met (including such famous hunters as Cunninghame and Selous), and flora and fauna he collected in the name of science. Long out of print, this classic is one of the preeminent examples of Africana, and belongs on every collector's shelf.

African Game Trails includes stories about President Theodore Roosevelt advertures throughout East Africa, Belgian Congo, Mombassa, Khartoum, etc. Travelling the world to hunt and kill dozens of animals including Lions, Rhinos, Giraffes, Leopards, Buffalo, Hippos and Elephants. This fascinating story about Teddy Roosevelt's hunting adventures are not for the squeamish or the politcally correct as it includes heart-pounding stories.

Based on the Paul Creswick telling of Robin Hood and drawing from the rich and varied lore surrounding the beloved outlaw, this spirited reworking of Robin Hood’s many adventures is a vibrant...

The Torrents of Spring is a novella written by Ernest Hemingway, published in 1926. Subtitled "A Romantic Novel in Honor of the Passing of a Great Race", Hemingway used the work as a spoof of the...