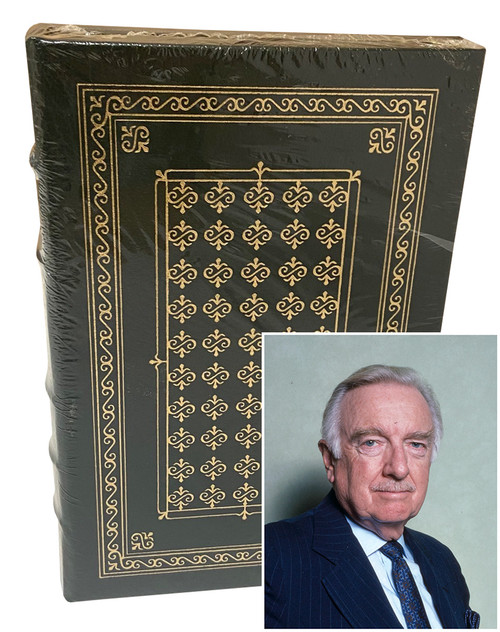 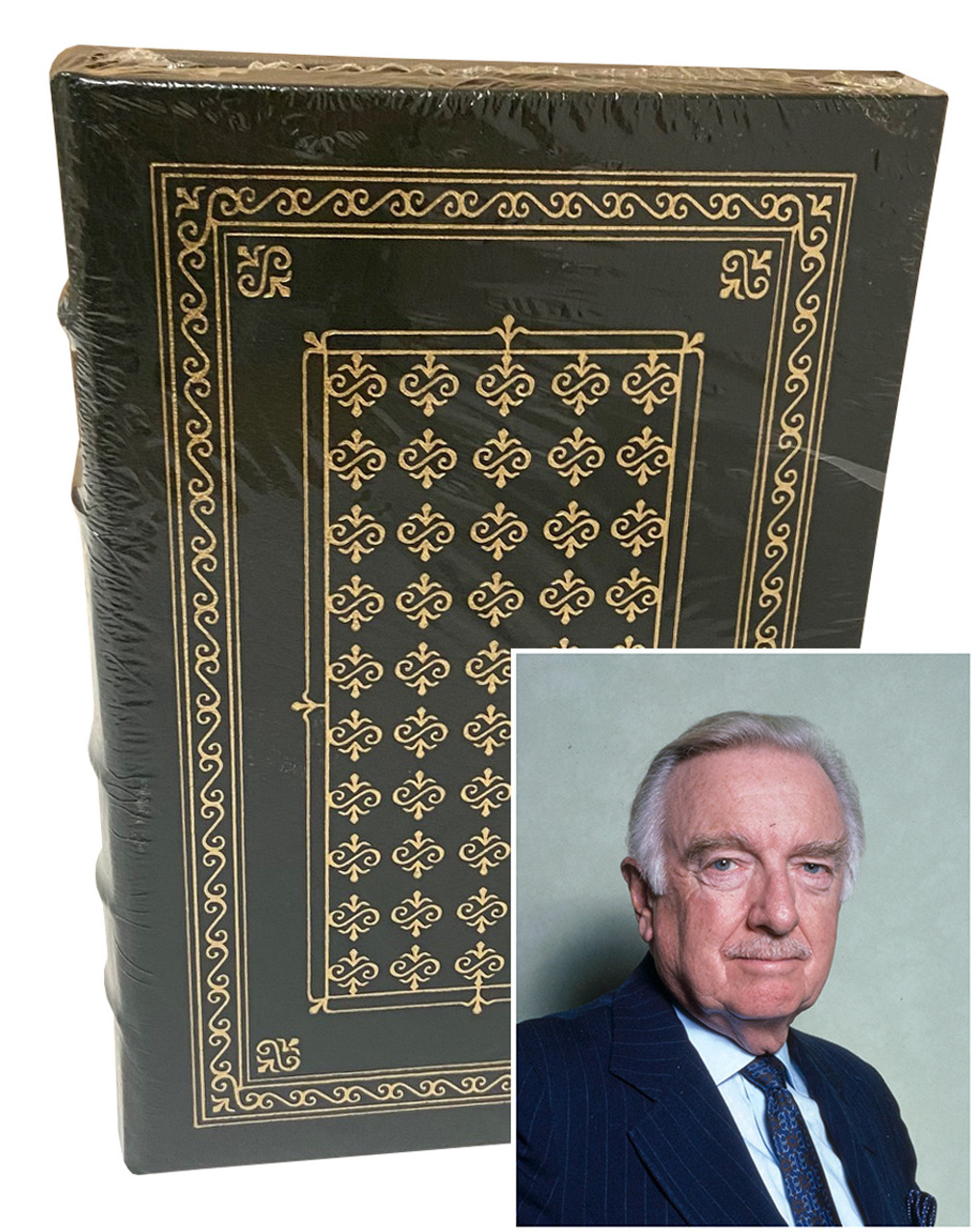 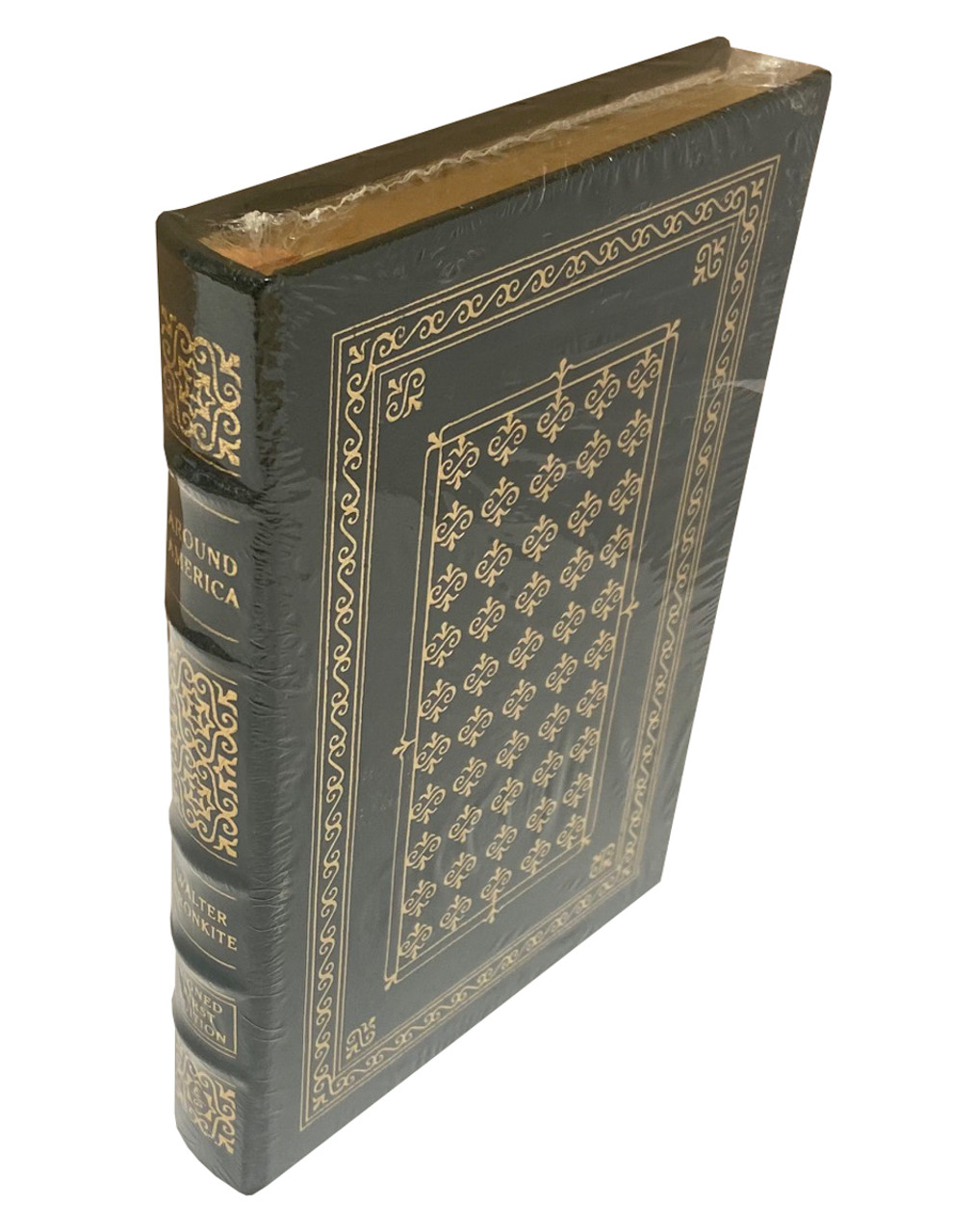 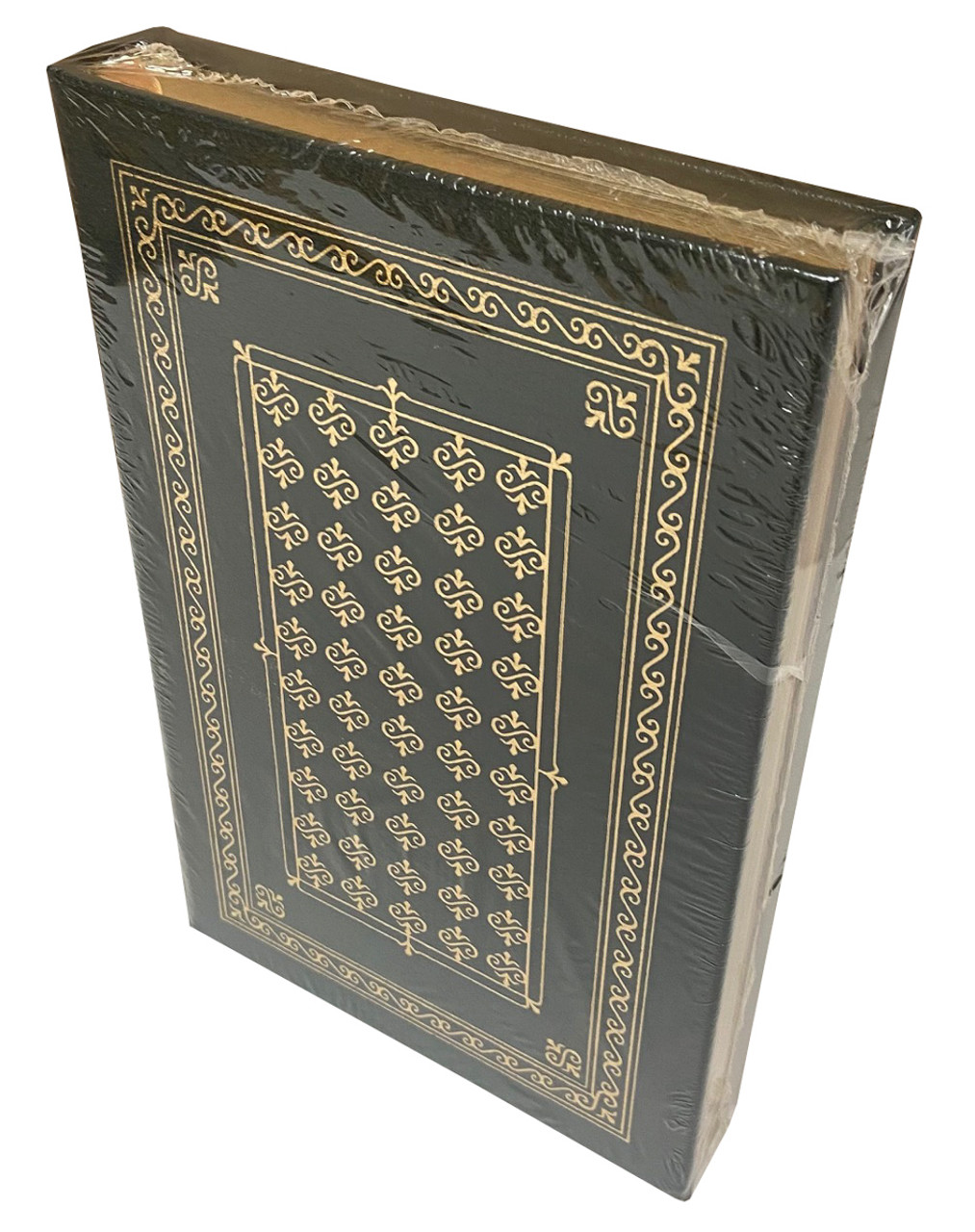 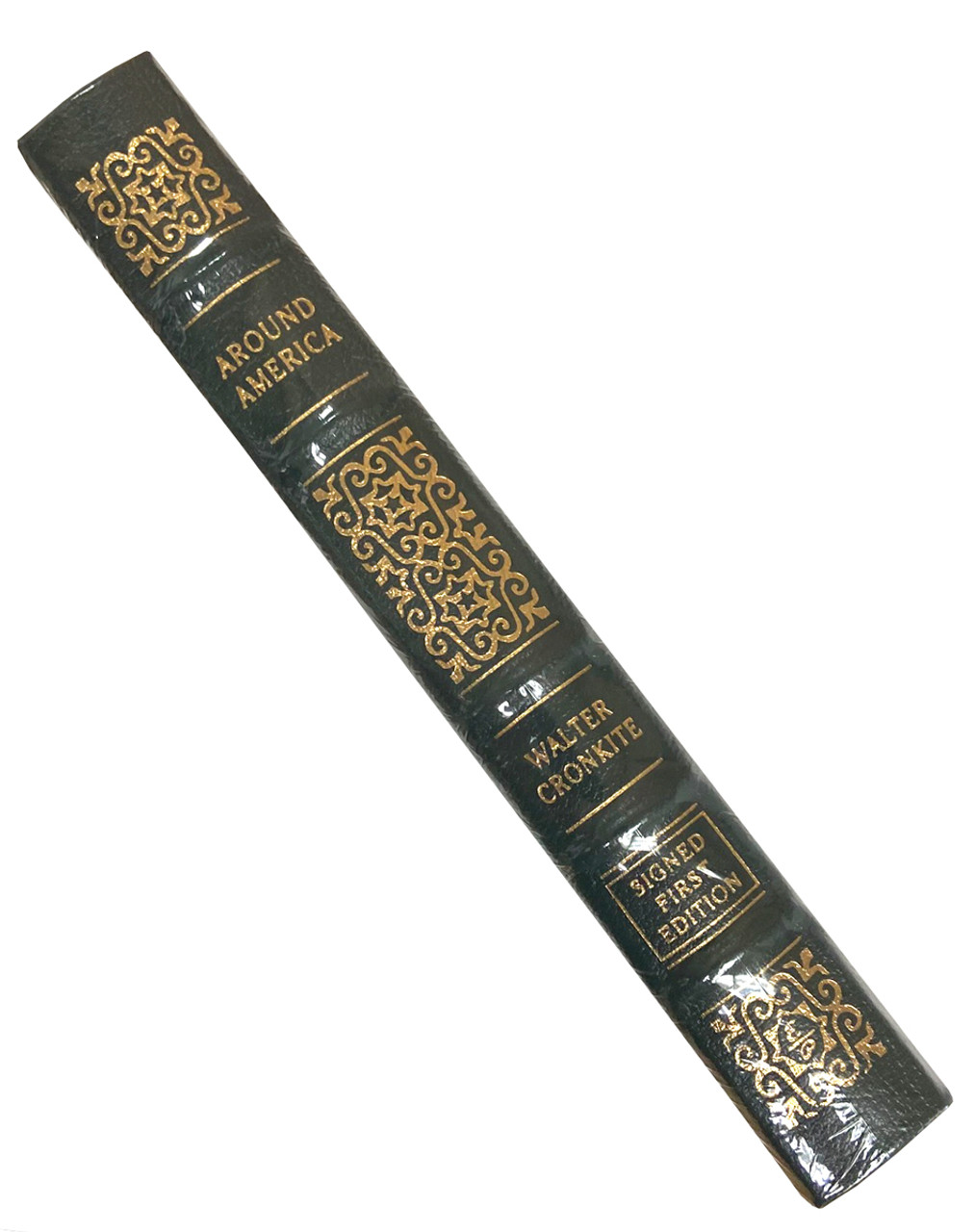 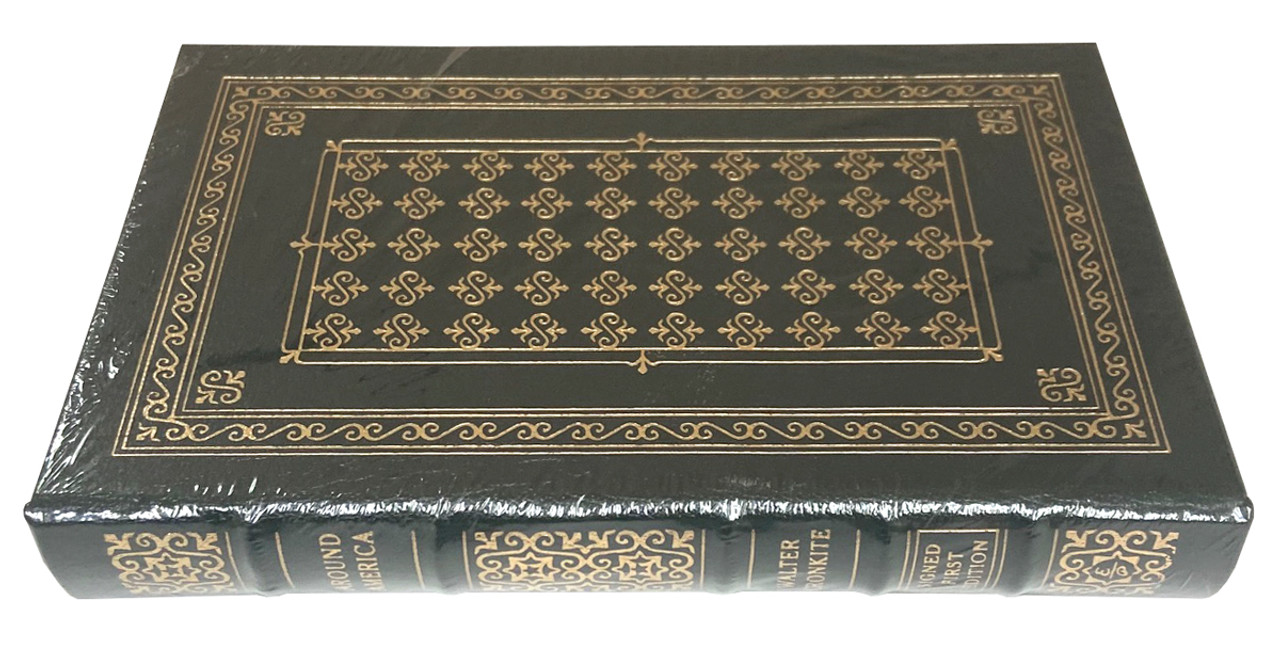 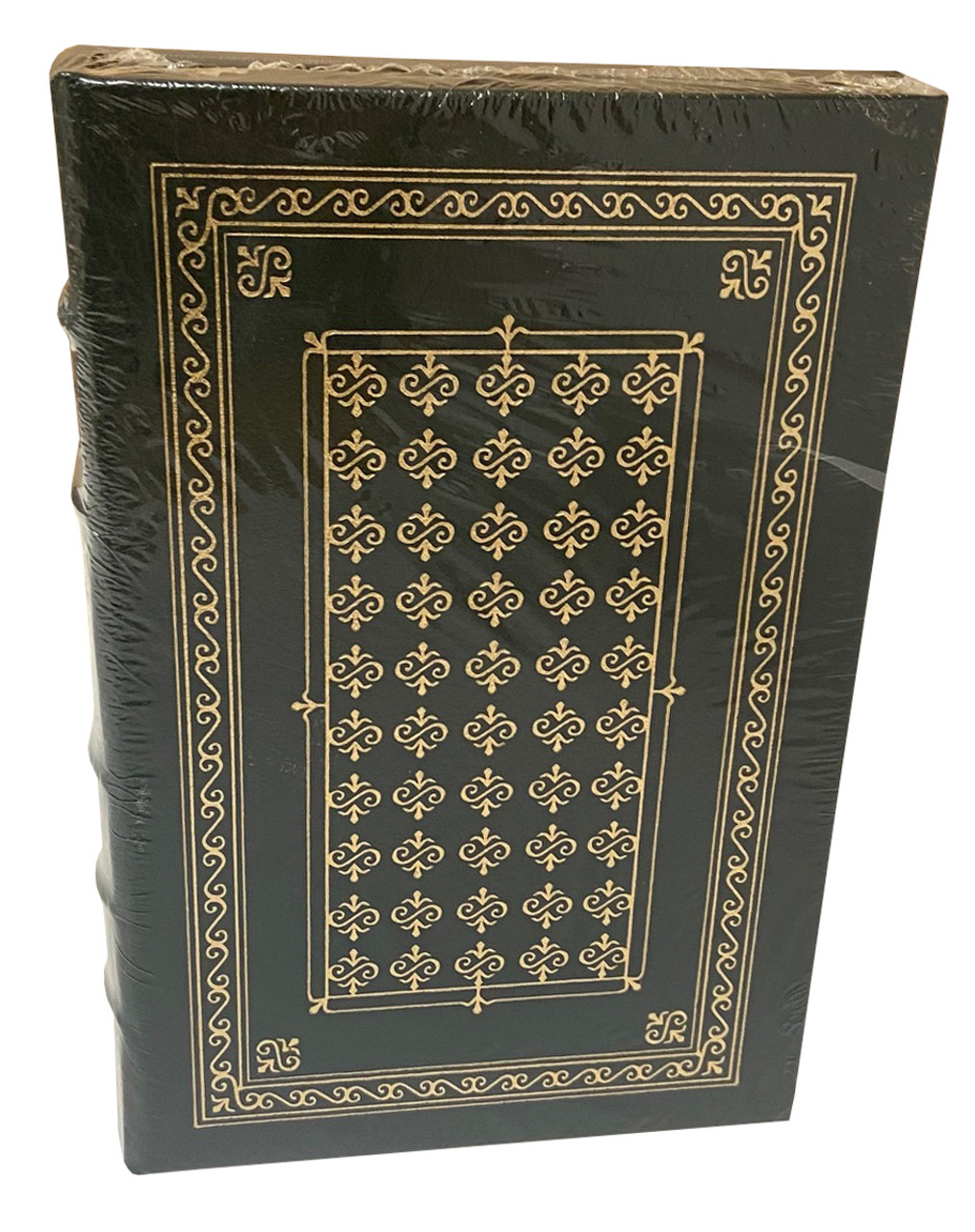 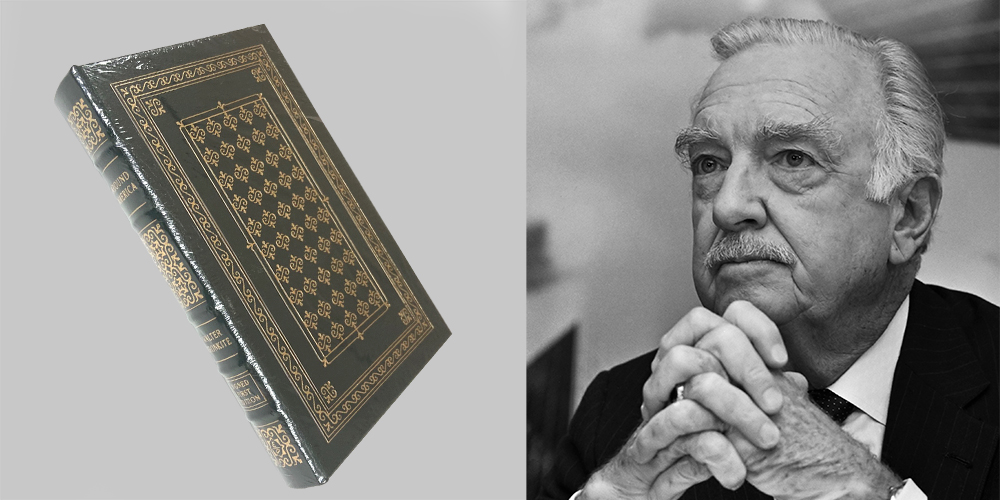 Easton Press, Norwalk, CT. 2001. Walter Cronkite "Around America: A Tour of Our Magnificent Coastline". Signed First Edition. Signed by the author on the special titled and numbered page. Certified by the publisher to be authentic. Includes COA, also signed by Cronkite along with a witness. A luxurious signed leather bound heirloom, accented with 22kt gold, manufactured to last generations. A high quality book that would make the perfect gift.

A journey around America's historic coastline, where we encounter places and people that continue to shape our country.

America has nearly five thousand miles of coastline. What would it be like to travel from the islands of Maine to the stepping-stones of the Florida Keys; from the cliffs of the Pacific Northwest to the beaches of southern California; and around the Gulf Coast, where our major rivers reach the sea? Here we travel with Walter Cronkite, our trusted guide. At Maine's eastern tip, we find a British warship captured during the Revolution by the citizens of Machias, wielding pitchforks because they had no muskets. We visit islands along Texas's coastline, exploring a sanctuary for migratory birds. And we visit Fort Ross, on California's Redwood Coast, a replica of the 1812 Russian settlement begun as a fur trading post, with dreams of expanding the Russian empire. In this compelling travelogue we can almost hear Cronkite talking, his smooth cadences spinning stories about the coastline he loves. Drawings and map.

Cronkite reported many events from 1937 to 1981, including bombings in World War II; the Nuremberg trials; combat in the Vietnam War; the Dawson's Field hijackings; Watergate; the Iran Hostage Crisis; and the assassinations of President John F. Kennedy, civil rights pioneer Martin Luther King Jr., and Beatles musician John Lennon. He was also known for his extensive coverage of the U.S. space program, from Project Mercury to the Moon landings to the Space Shuttle. He was the only non-NASA recipient of an Ambassador of Exploration award. Cronkite is known for his departing catchphrase, "And that's the way it is", followed by the date of the broadcast.