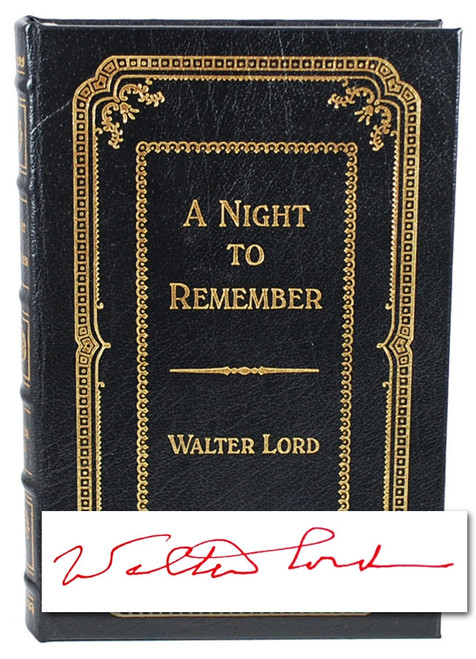 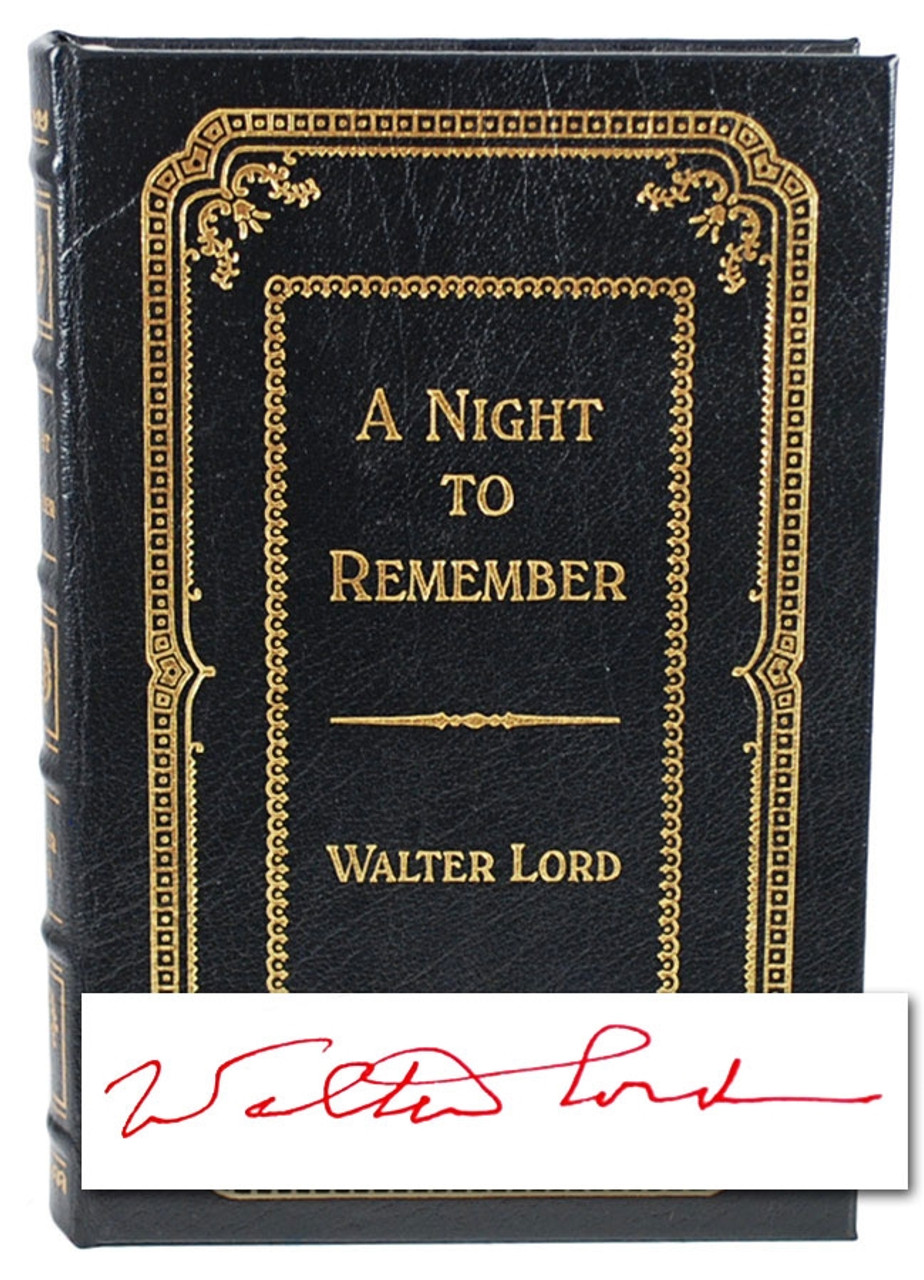 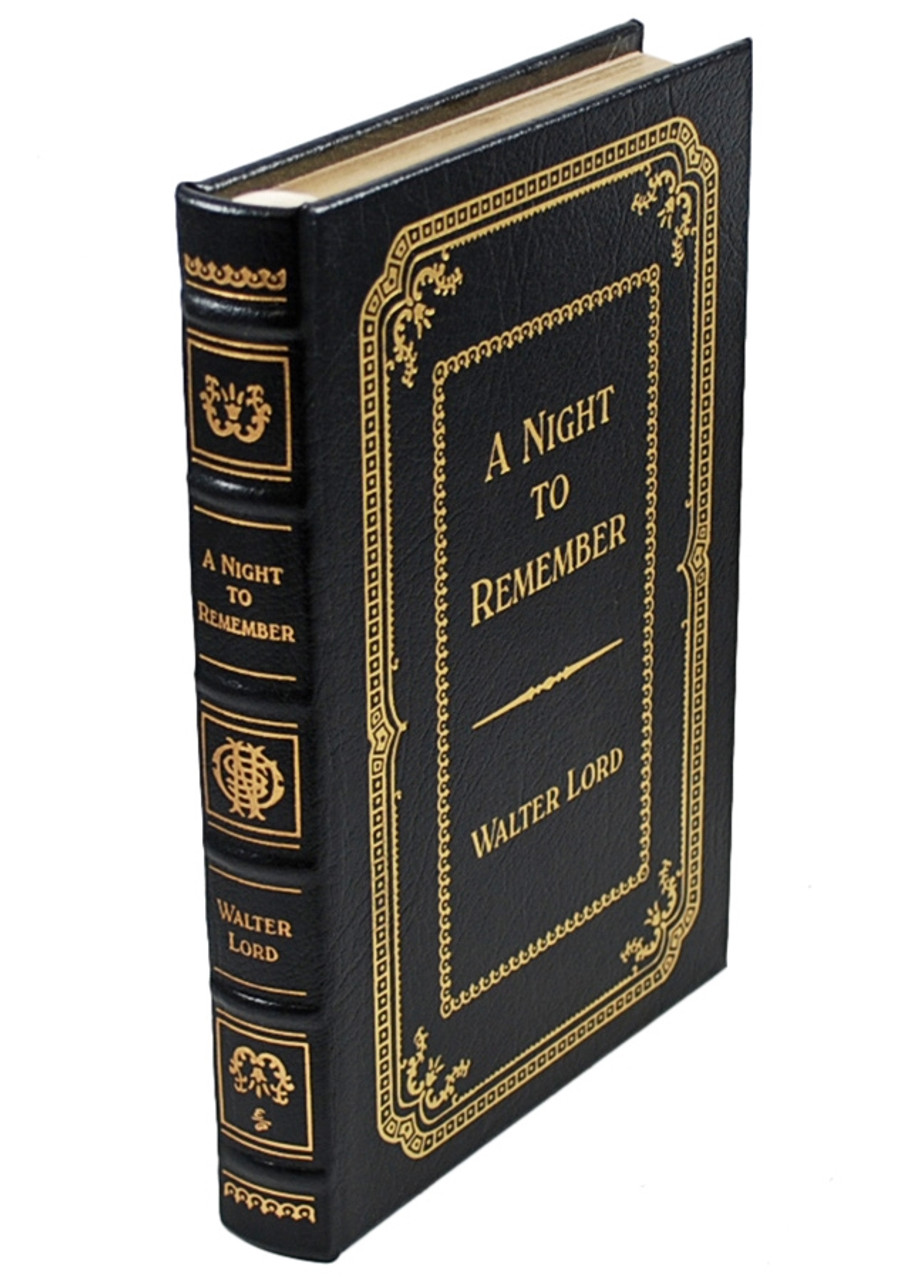 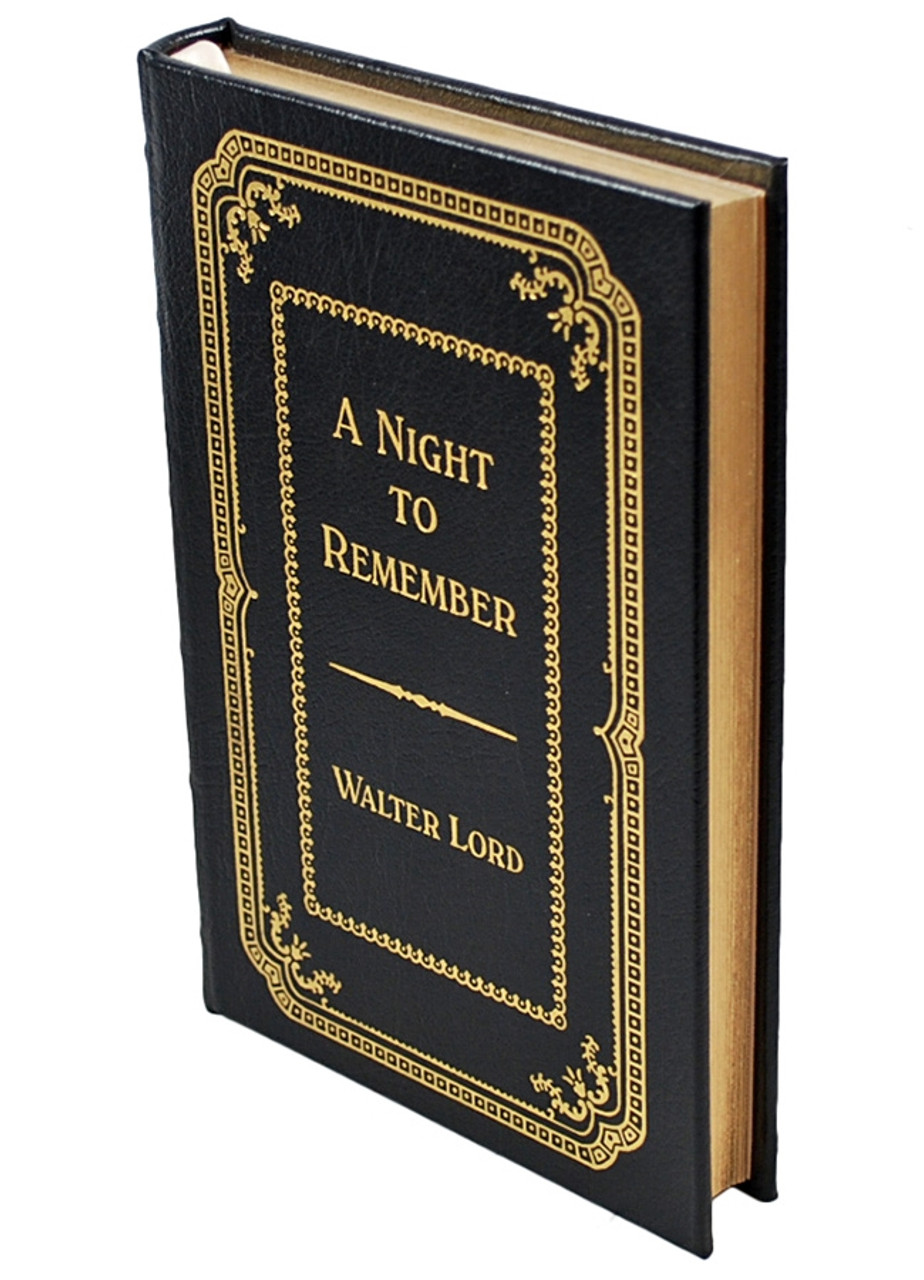 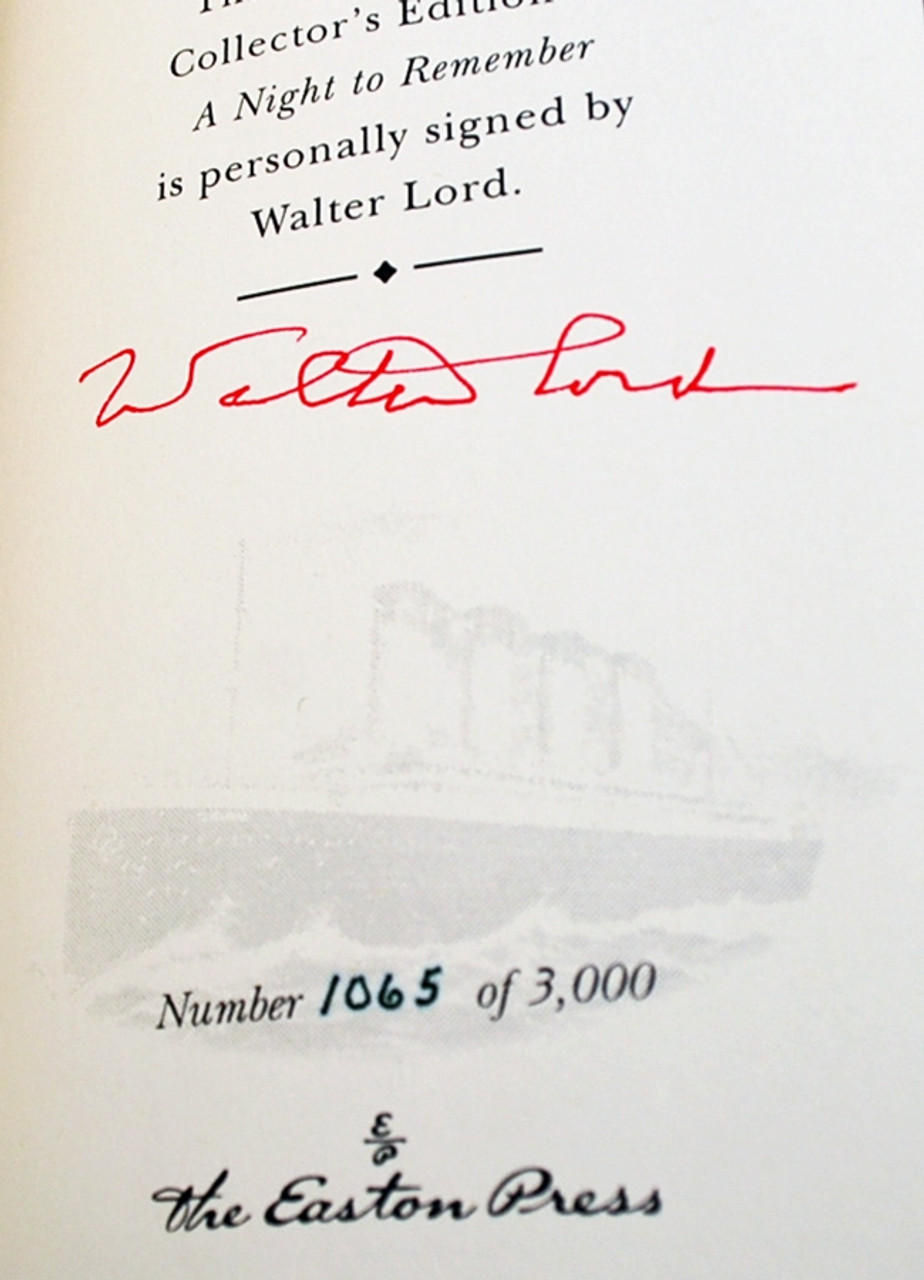 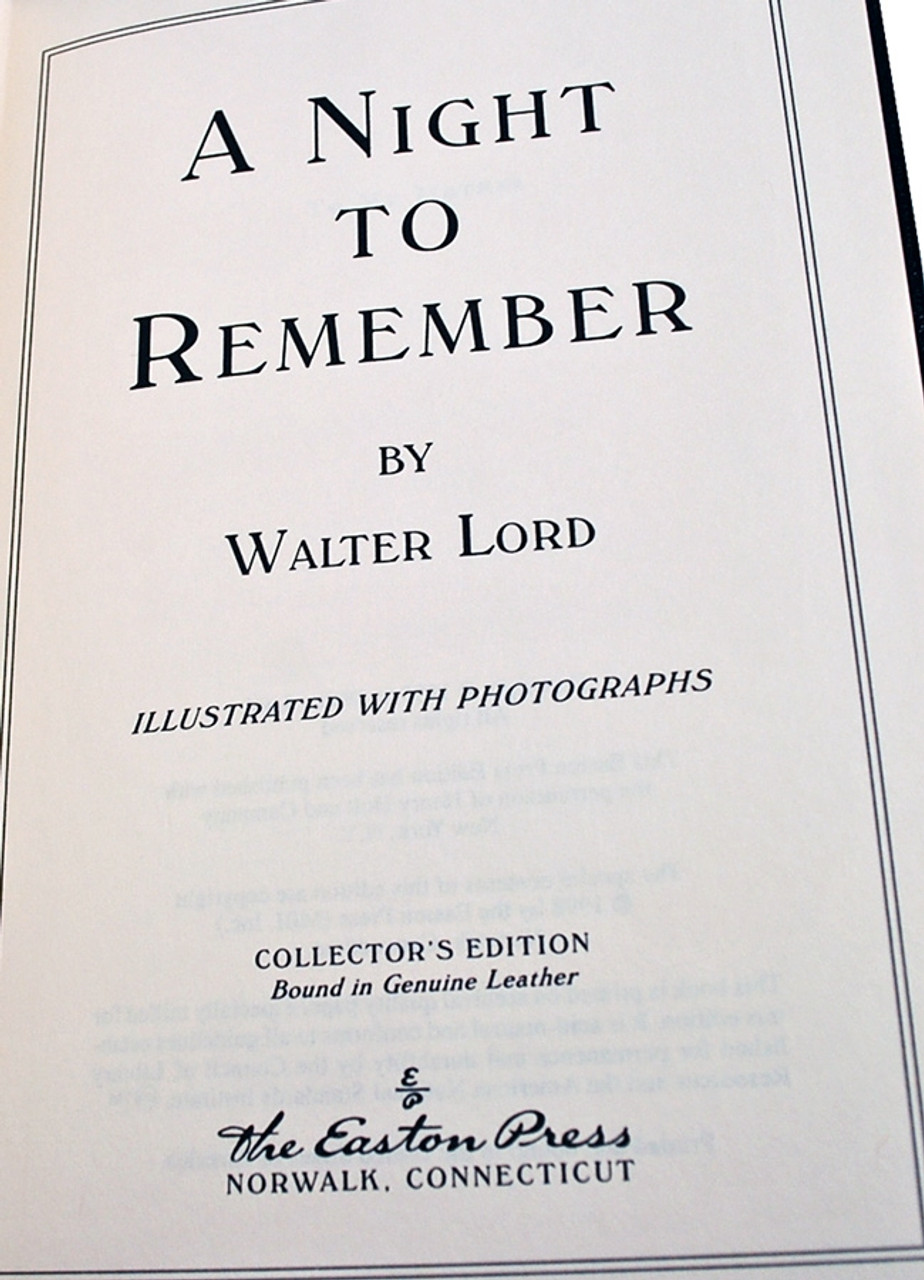 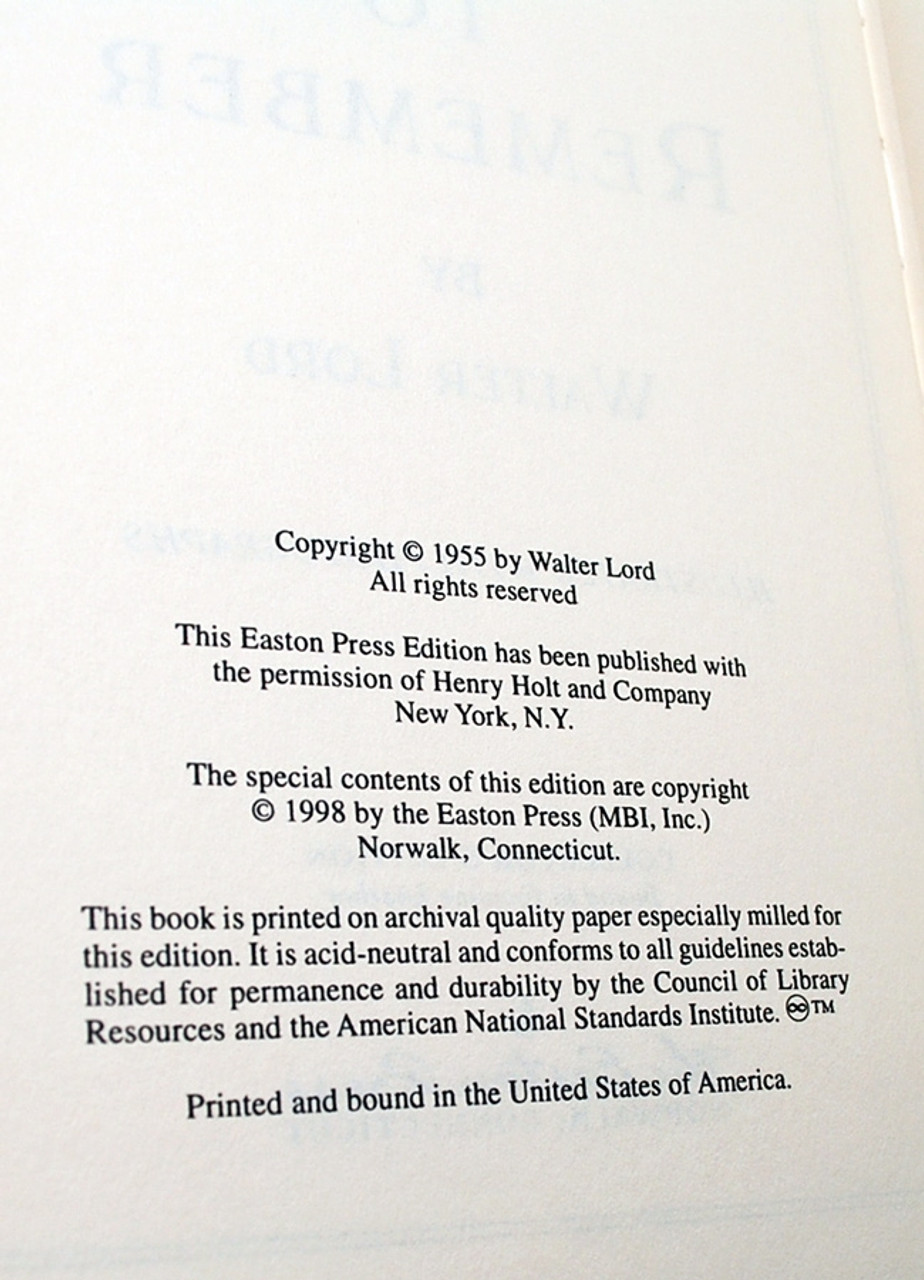 Personally signed by Walter Lord on the special limitation page.

Easton Press, Norwalk, CT. 1998. Walter Lord "A Night to Remember". Full Genuine Leather with Certificate of Authenticity No Jacket as issued. This volume has been personally hand signed on a special limitation page by Walter Lord. Signed Limited First Edition #1,065 of only 3,000 produced. As new without any flaws. This leather bound collector's edition is luxuriously bound in full genuine leather with 22kt gold accents and gilded page edges.

The classic minute-by-minute account of the sinking of the Titanic, in a 50th anniversary edition with a new introduction by Nathaniel Philbrick

First published in 1955, A Night to Remember remains a completely riveting account of the Titanic's fatal collision and the behavior of the passengers and crew, both noble and ignominious. Some sacrificed their lives, while others fought like animals for their own survival. Wives beseeched husbands to join them in lifeboats; gentlemen went taut-lipped to their deaths in full evening dress; and hundreds of steerage passengers, trapped below decks, sought help in vain.

Available for the first time in trade paperback and with a new introduction for the 50th anniversary edition by Nathaniel Phil-brick, author of In the Heart of the Sea and Sea of Glory, Walter Lord's classic minute-by-minute re-creation is as vivid now as it was upon first publication fifty years ago. From the initial distress flares to the struggles of those left adrift for hours in freezing waters, this semicentennial edition brings that moonlit night in 1912 to life for a new generation of readers. 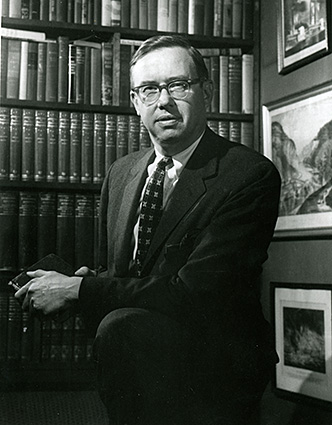