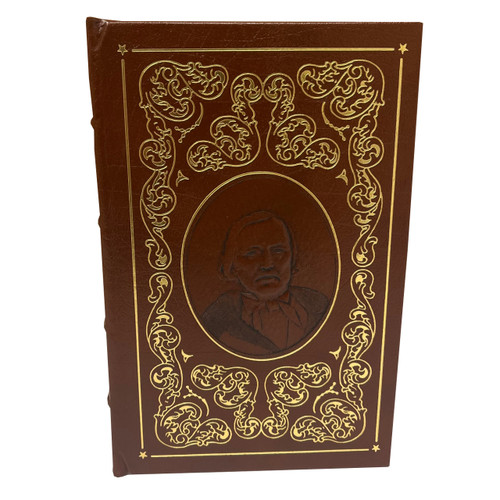 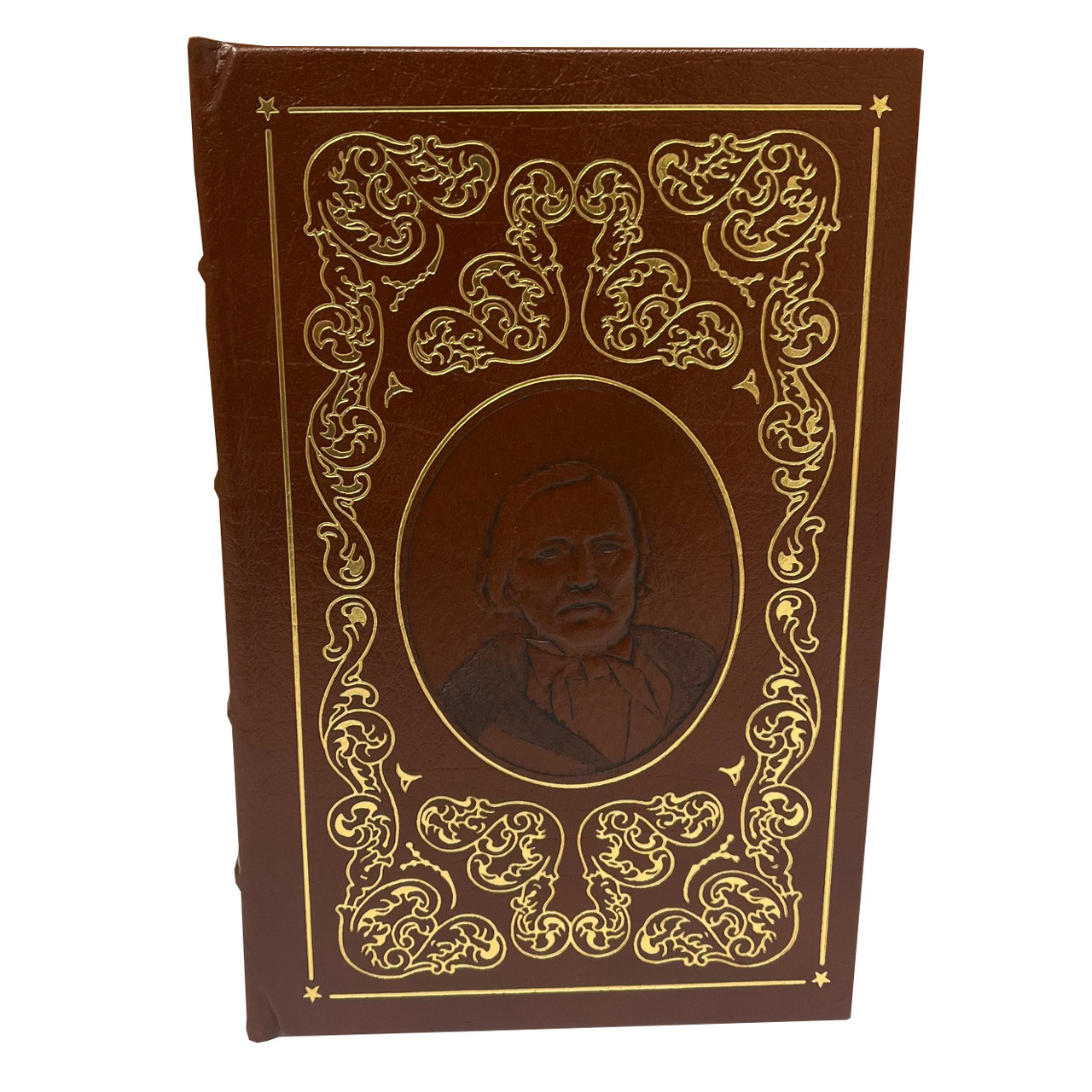 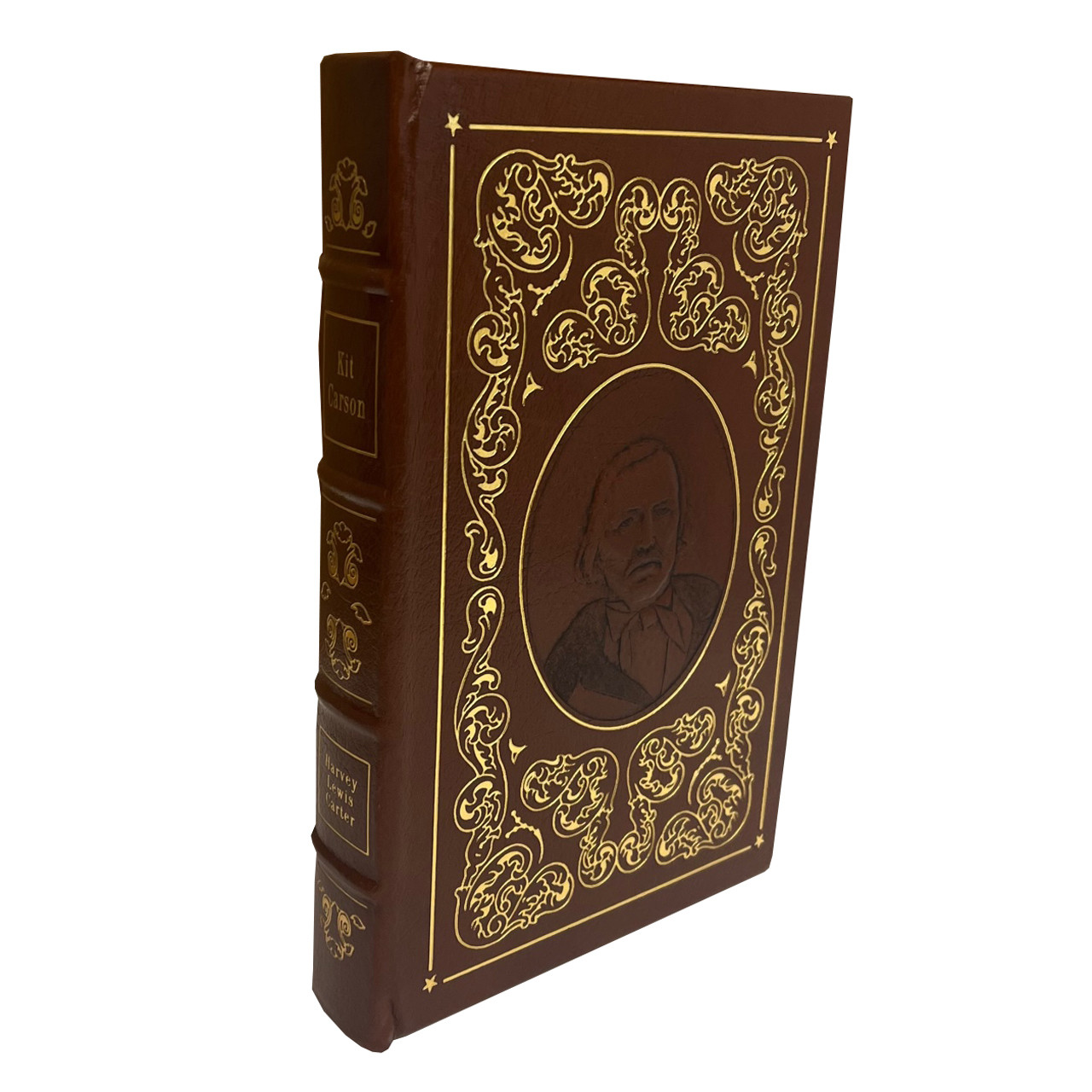 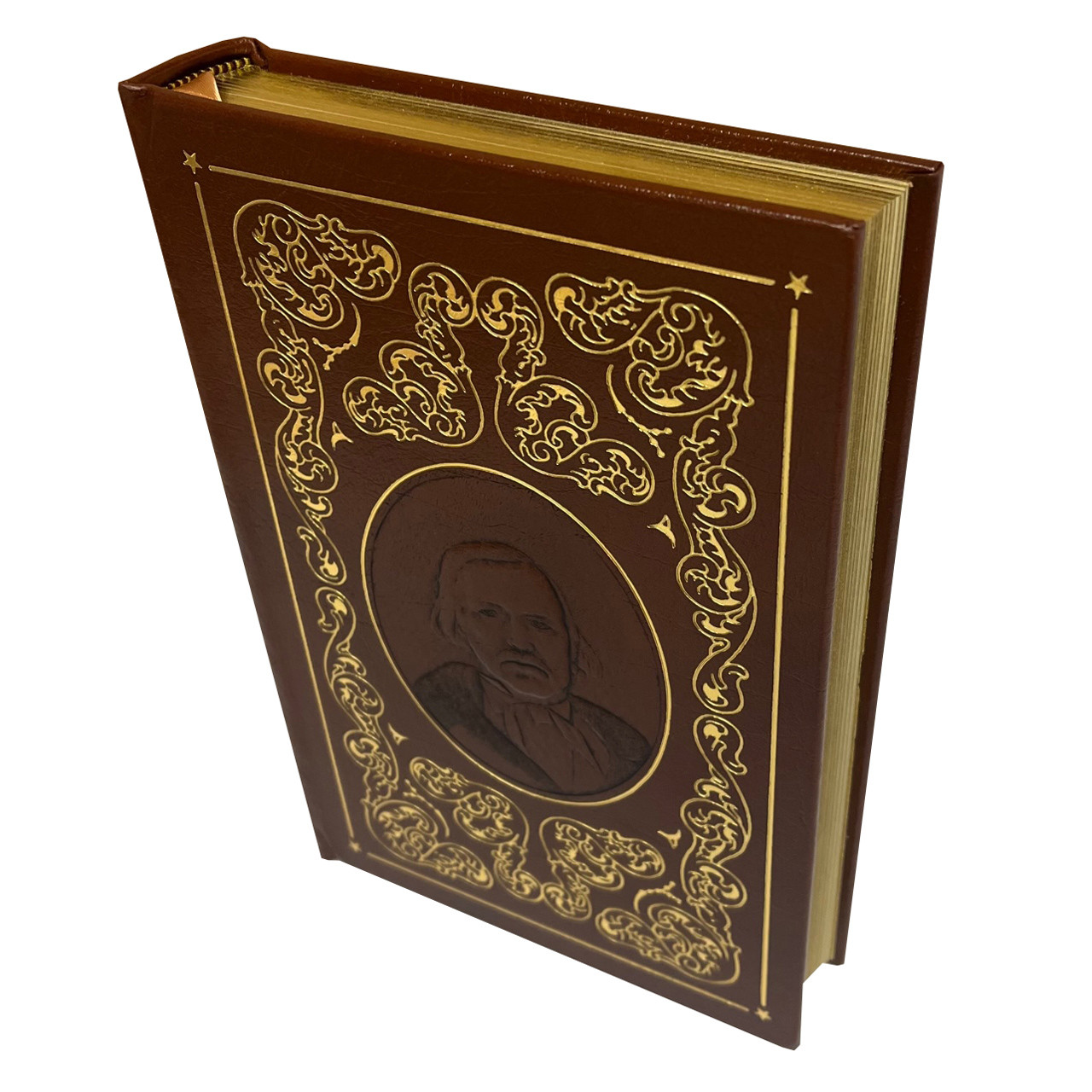 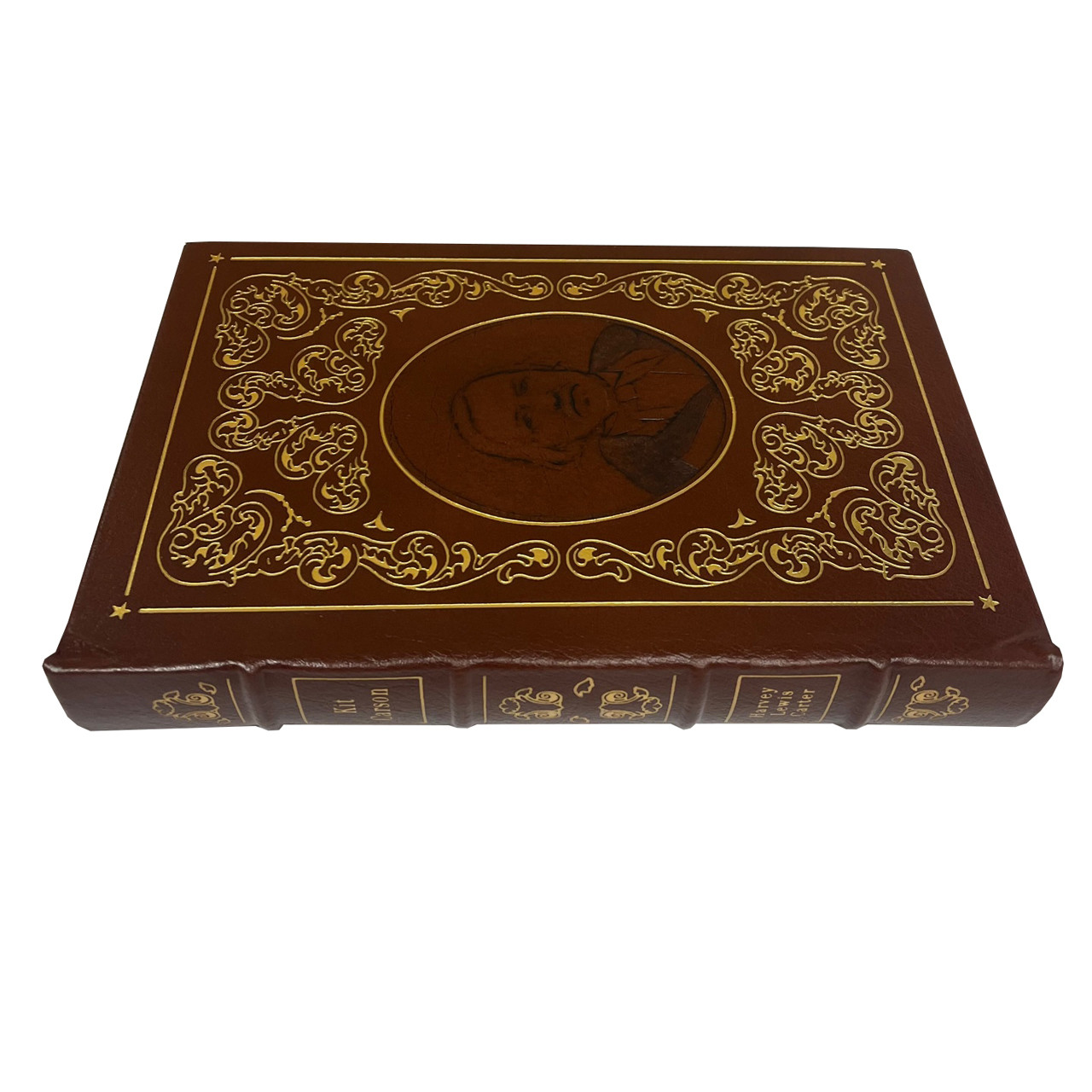 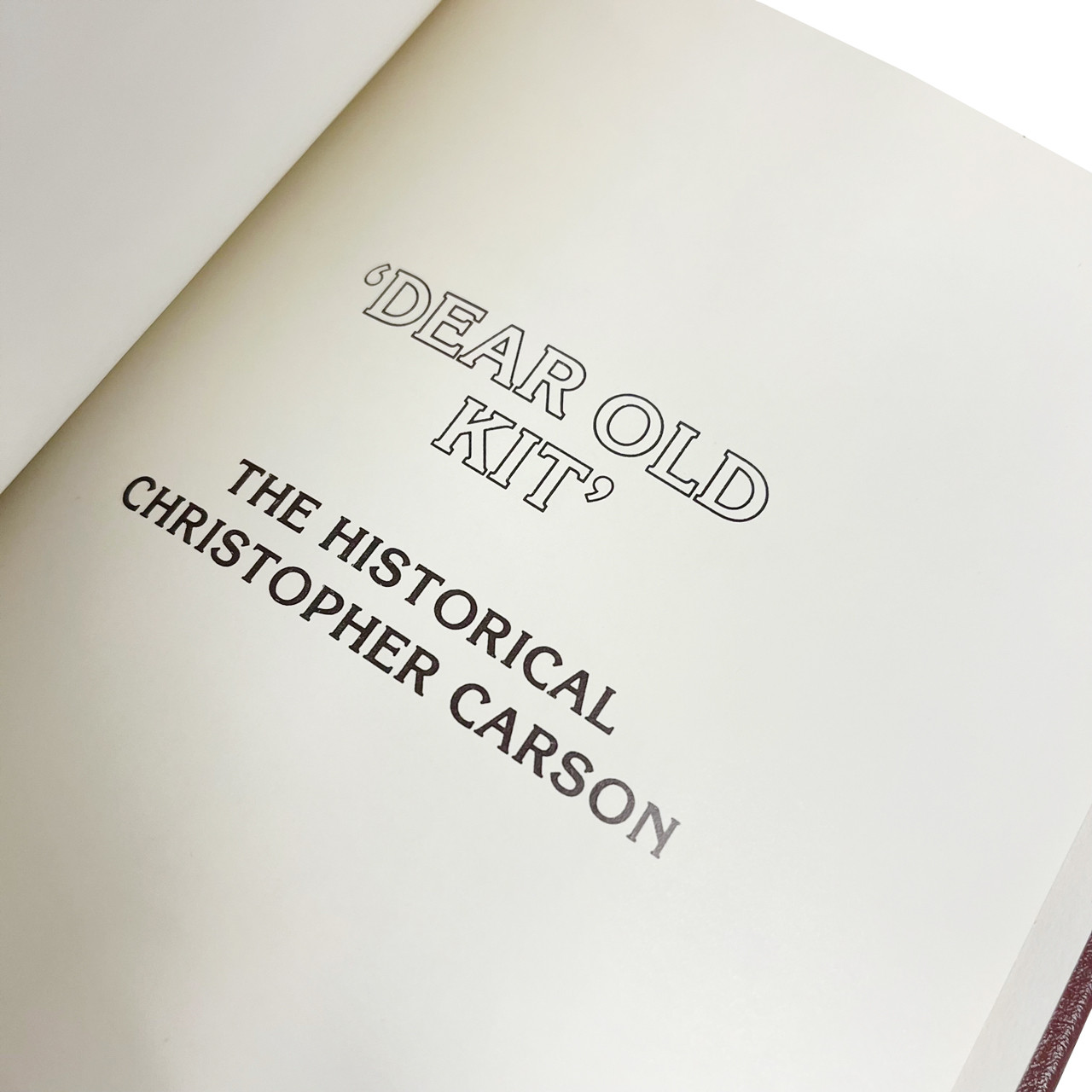 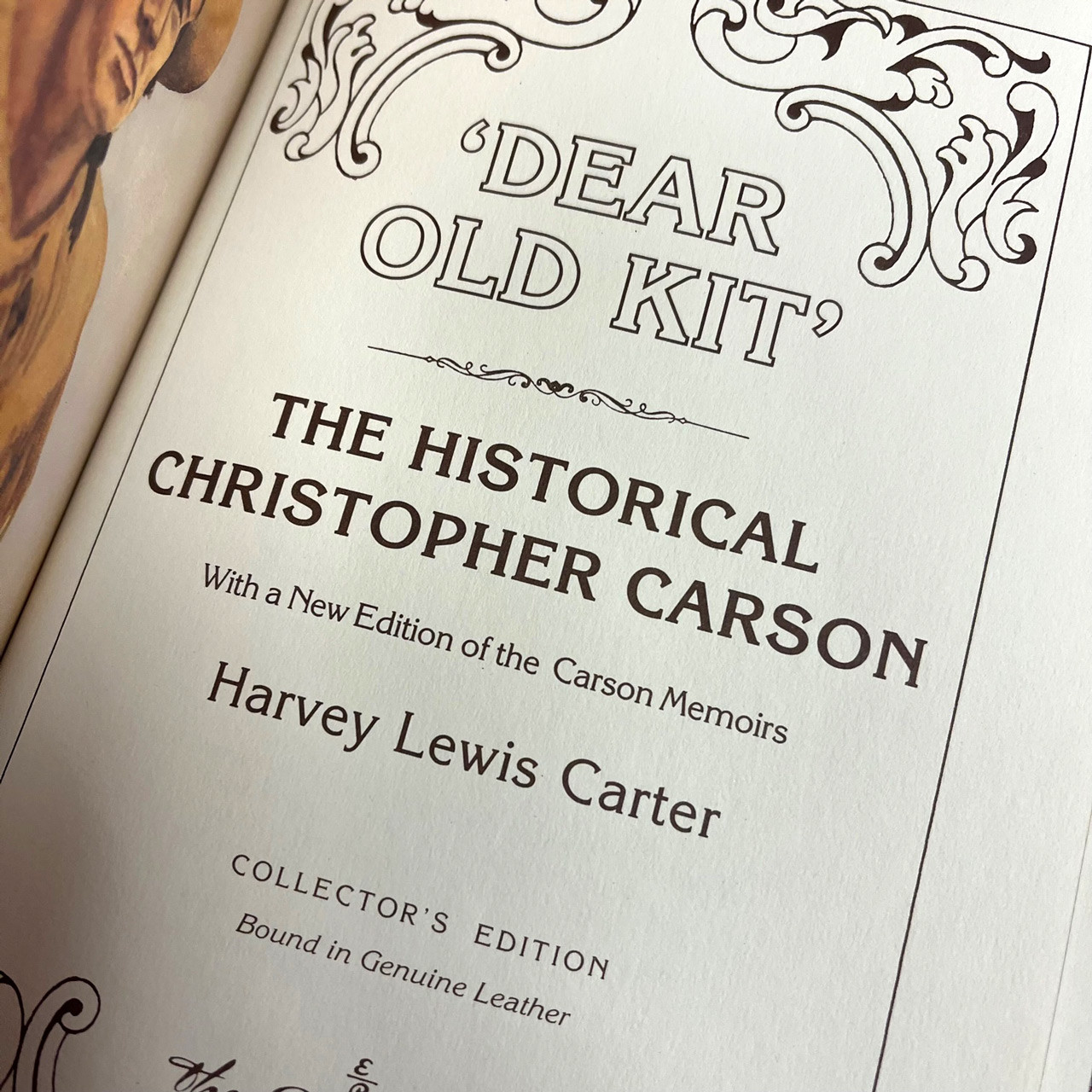 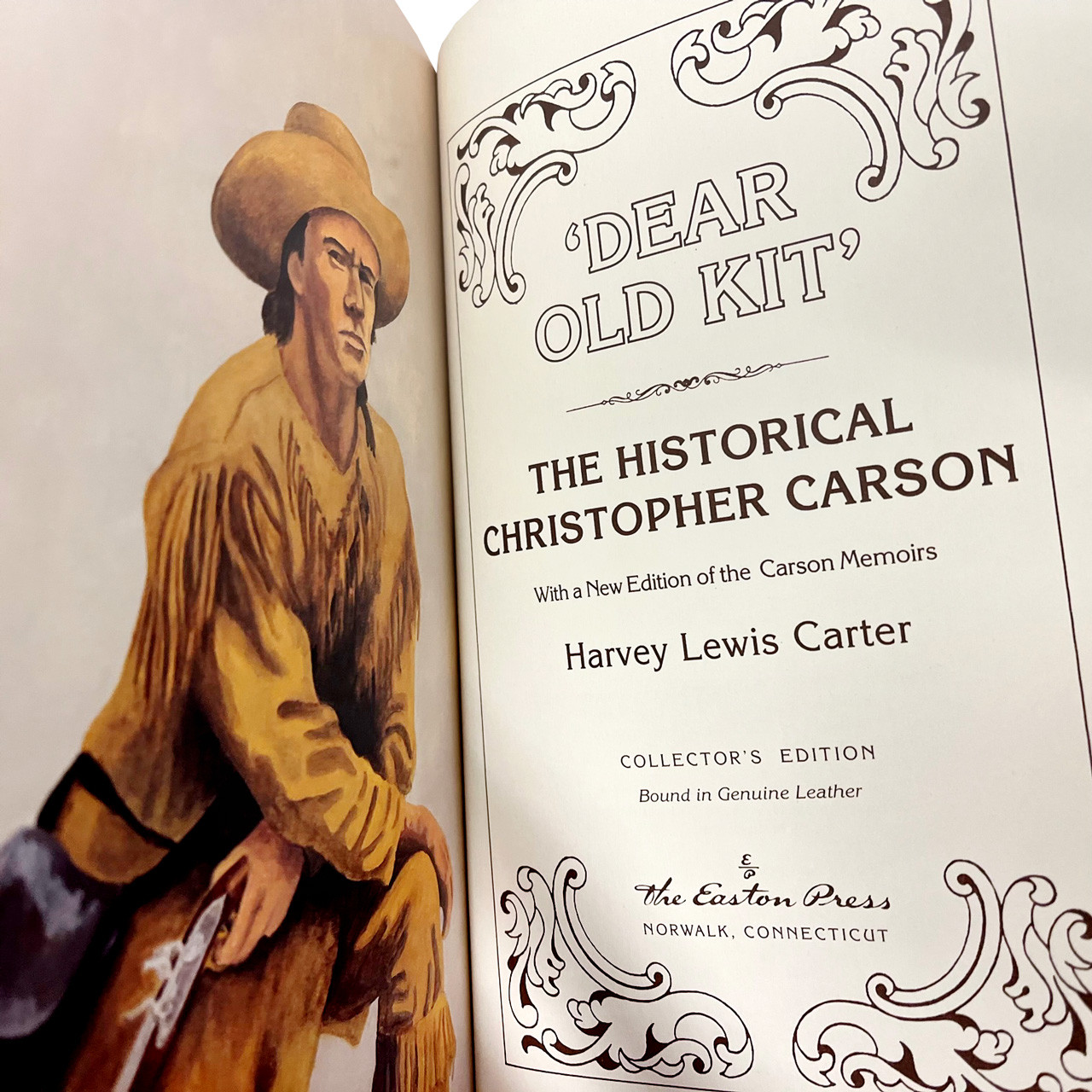 The Figure of Kit Carson strides through the literature of the American West in heroic size. Trader, trapper, scout, brigadier general of New Mexico Volunteers, and many other things besides, he has appealed to the public imagination as no other frontiersman has. Many biographies and who versions of his “autobiography” have been published. Yet much of the legend still remains to be separated from the facts, declares the author of this new biography.

“I am an admirer of Carson,” says Mr. Carter, “and have no wish deliberately to debunk him, but I am interested in correcting the statements of uncritical hero worship many by many writers.”

Kit is allowed to speak for himself, as far as possible, through an exact transcription of his dictated reminiscences made from the manuscript in the Newberry Library, Chicago. Persons and places are clearly identified, and Kit’s slips of memory are corrected in the definitive annotation of his account. One hundred years of speculation about the identity of the man who transcribed Carson’s story is ended. Mr. Carter has established positive identification, based on carefully assembled facts. A new assessment of Kit’s character and reputation is included, as well as an annotated account of the last years of his life.

Christopher Houston Carson (December 24, 1809 – May 23, 1868) was an American frontiersman. He was a fur trapper, wilderness guide, Indian agent, and U.S. Army officer. He became a frontier legend in his own lifetime by biographies and news articles, and exaggerated versions of his exploits were the subject of dime novels. His understated nature belied confirmed reports of his fearlessness, combat skills, tenacity, and profound effect on the westward expansion of the United States. Although he was famous for much of his life, historians in later years have written that Kit Carson did not like, want, or even fully understand the fame that he experienced during his life.

Carson left home in rural Missouri at 16 to become a mountain man and trapper in the West. In the 1830s, he accompanied Ewing Young on an expedition to Mexican California and joined fur-trapping expeditions into the Rocky Mountains. He lived among and married into the Arapaho and Cheyenne tribes.

In the 1840s, Carson was hired as a guide by John C. Frémont, whose expeditions covered much of California, Oregon, and the Great Basin area. Frémont mapped and wrote reports and commentaries on the Oregon Trail to assist and encourage westward-bound pioneers, and Carson achieved national fame through those accounts. Under Frémont's command, Carson participated in the conquest of California from Mexico at the beginning of the Mexican–American War. Later in the war, Carson was a scout and courier who was celebrated for his rescue mission after the Battle of San Pasqual and for his coast-to-coast journey from California to Washington, DC to deliver news of the conflict in California to the government. In the 1850s, he was appointed as the Indian agent to the Ute Indians and the Jicarilla Apaches.

During the American Civil War, Carson led a regiment of mostly Hispanic volunteers from New Mexico on the side of the Union at the Battle of Valverde in 1862. When the Confederate threat was eliminated in New Mexico, Carson led forces to suppress the Navajo, Mescalero Apache, Kiowa, and Comanche tribes by destroying their food sources. He was breveted a Brigadier General and took command of Fort Garland, Colorado. He was there only briefly, as poor health forced him to retire from military life.

Carson was married three times and had ten children. He died at Fort Lyon of an aortic aneurysm on May 23, 1868. He is buried in Taos, New Mexico next to his third wife, Josefa.

During the late nineteenth century, Kit Carson became a legendary symbol of America's frontier experience, which influenced twentieth century erection of statues and monuments, public events and celebrations, imagery by Hollywood, and the naming of geographical places. In recent years, Kit Carson has also become a symbol of the United States' mistreatment of its indigenous peoples. 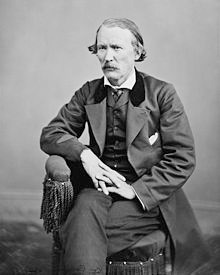 Harvey L. Carter, author of a number of books on the West, is John and Harriet Parker Campbell Professor of American History in Colorado College, Colorado Springs.

Very Fine. A wonderful bright clean copy with tight binding. No bumped corners and free of any marks, writings or stamps. No attached bookplates. All photos of actual volume .