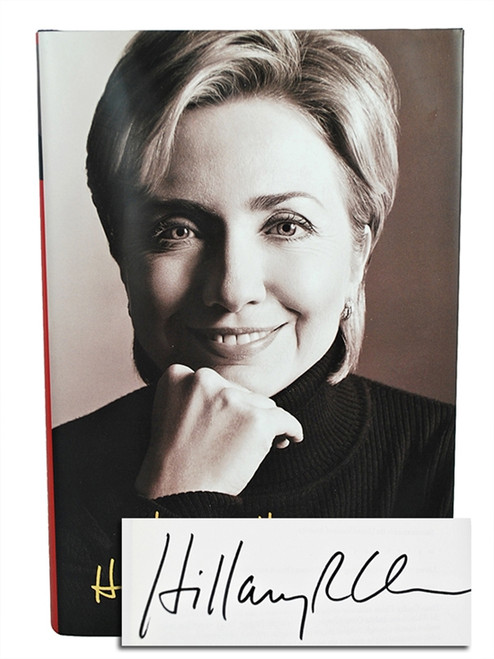 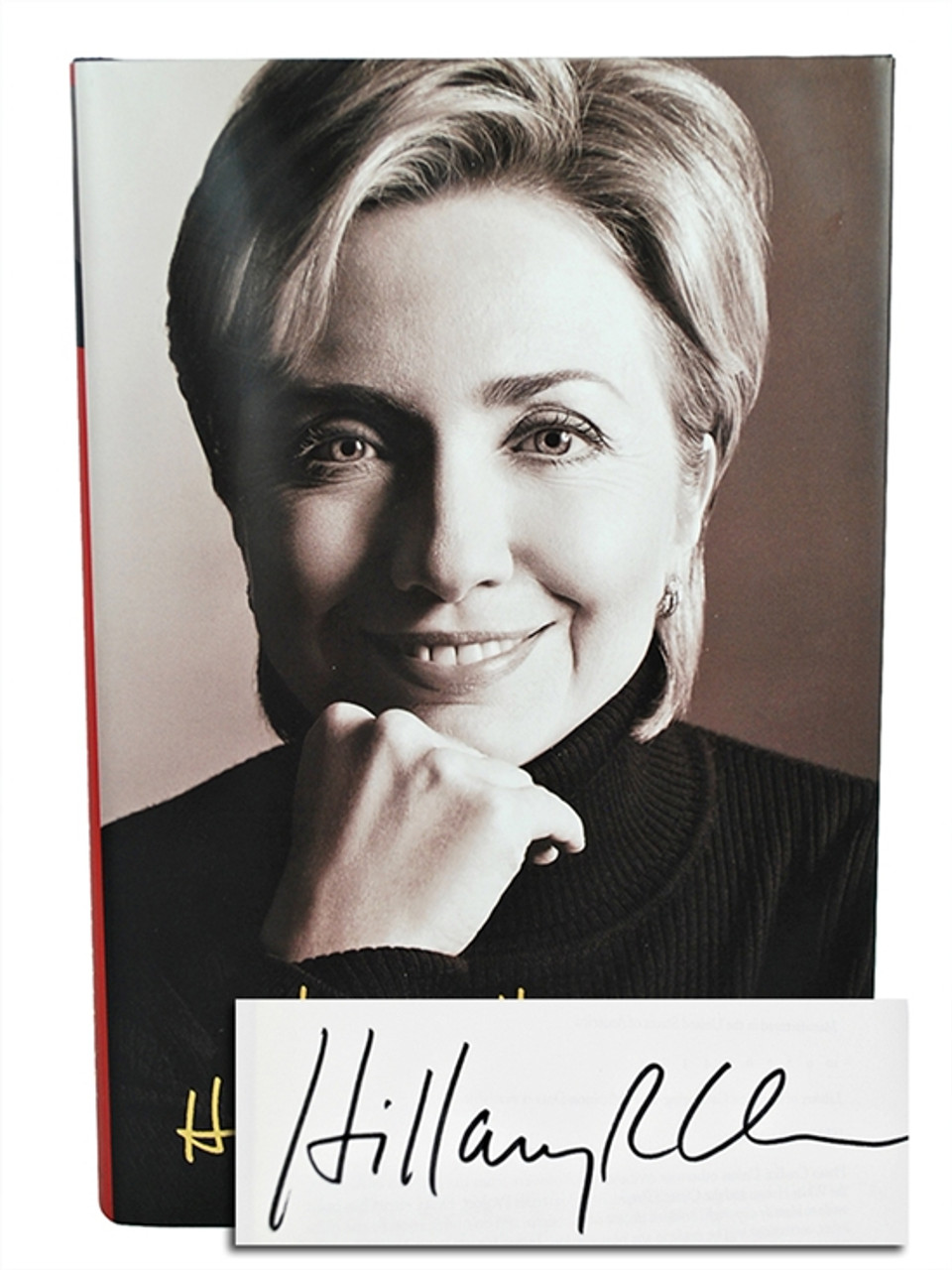 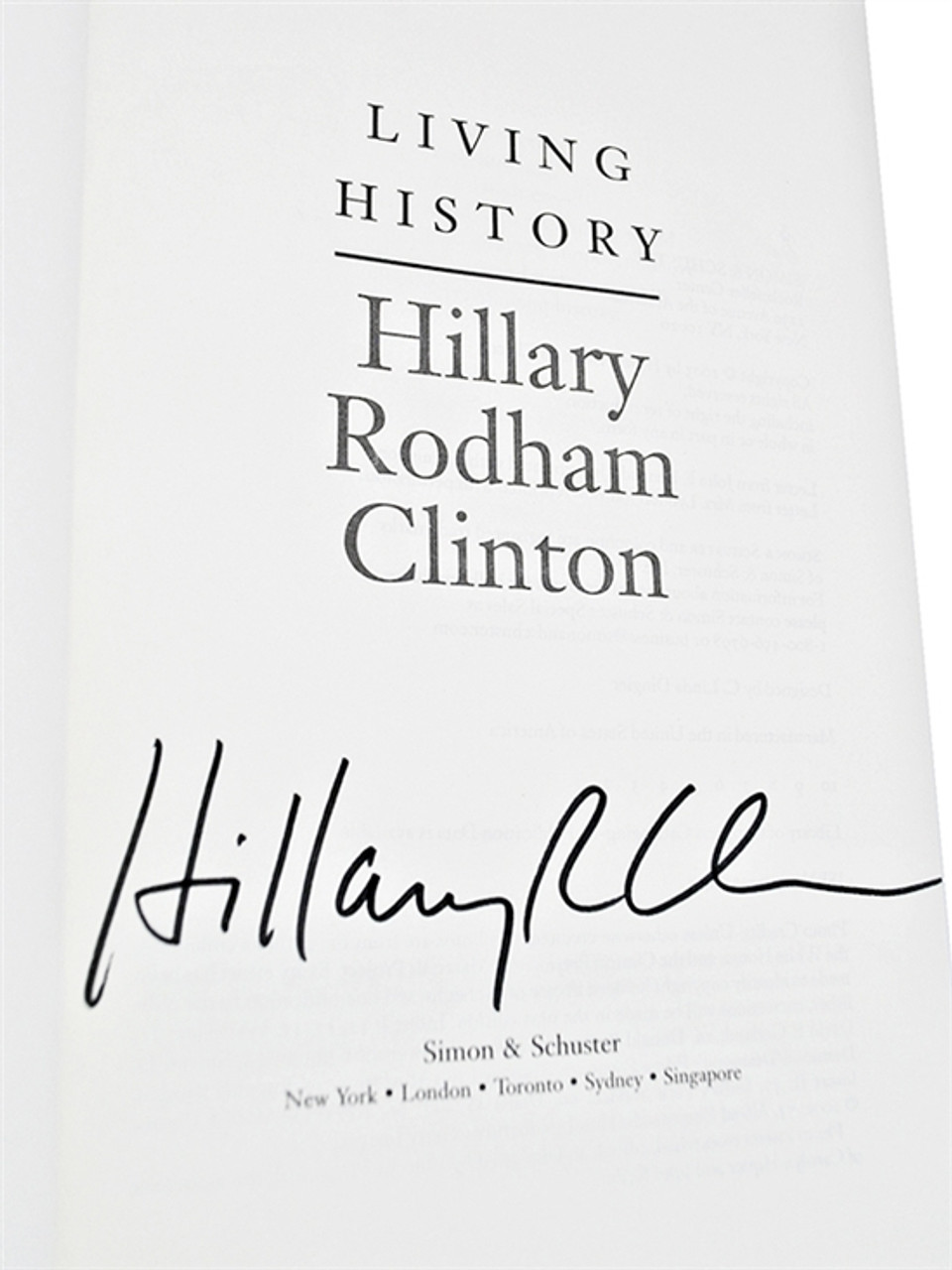 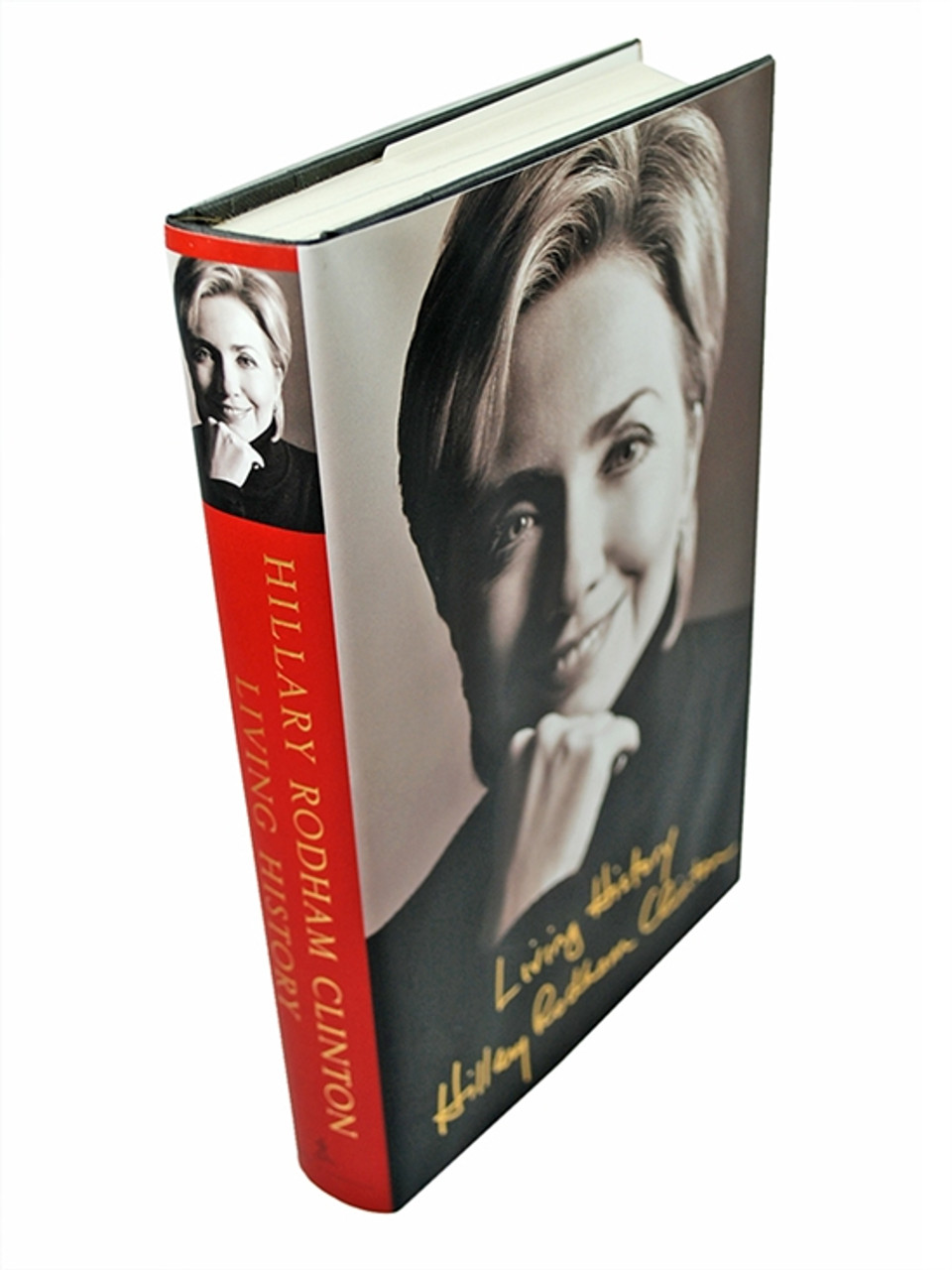 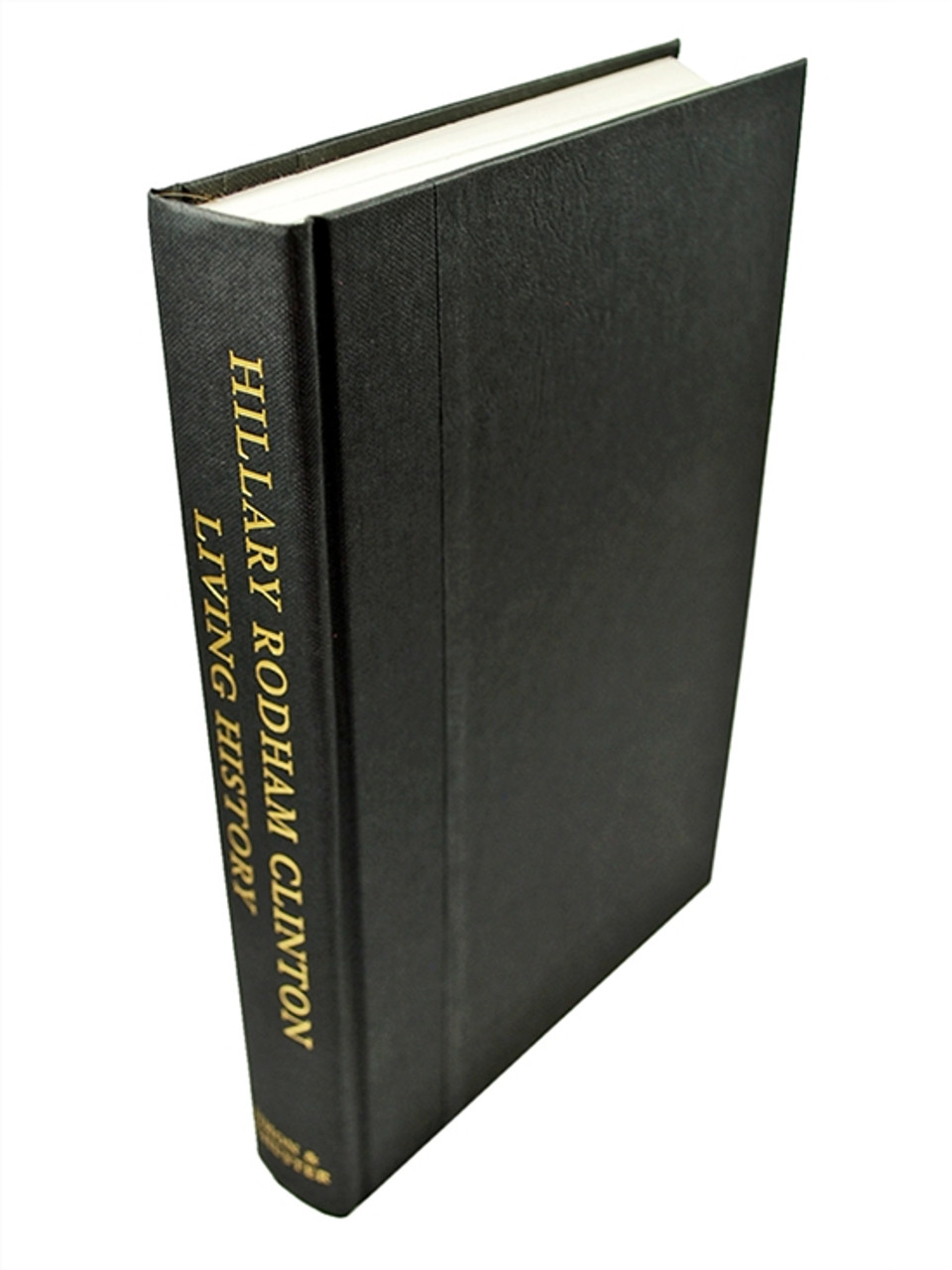 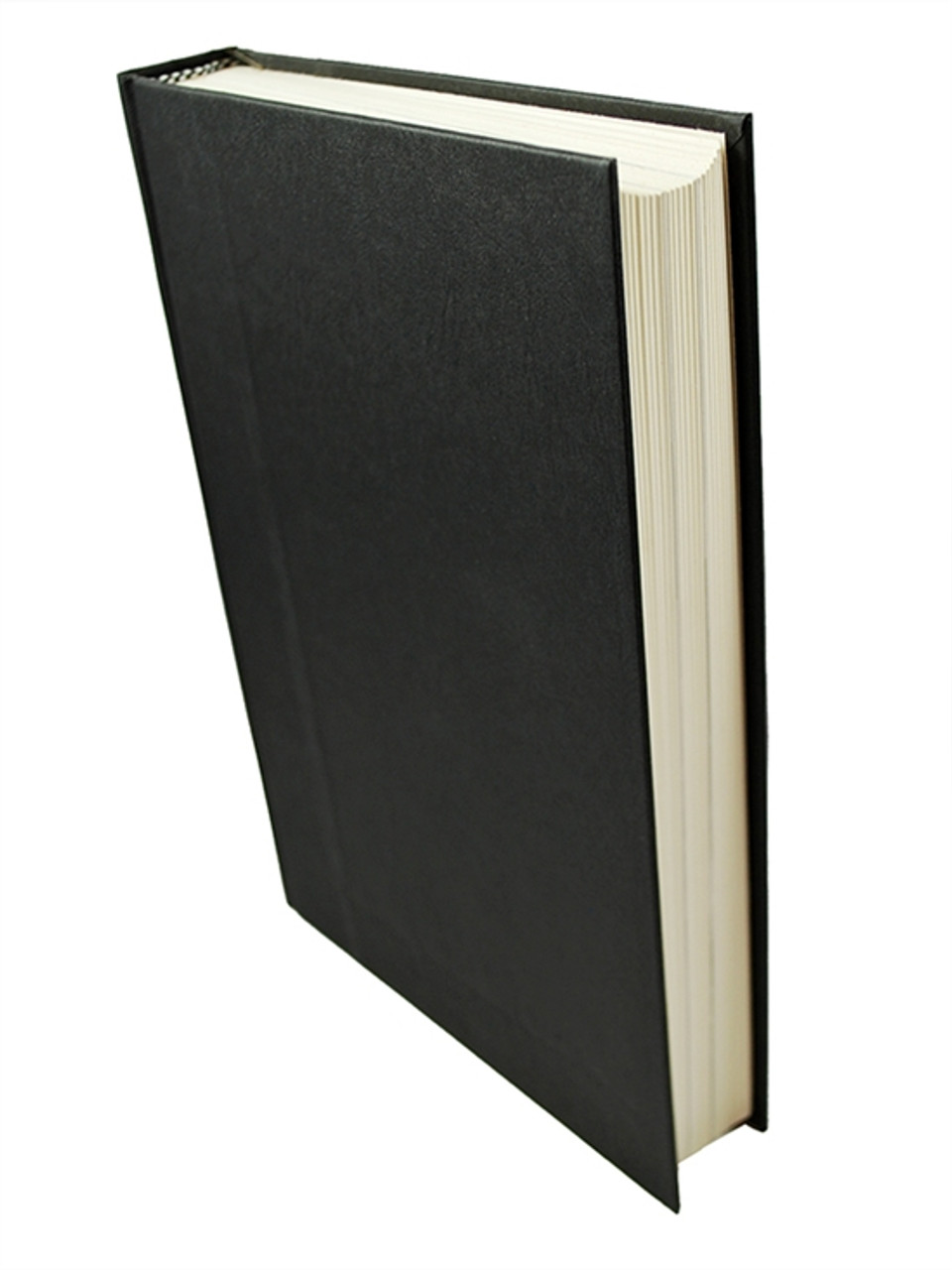 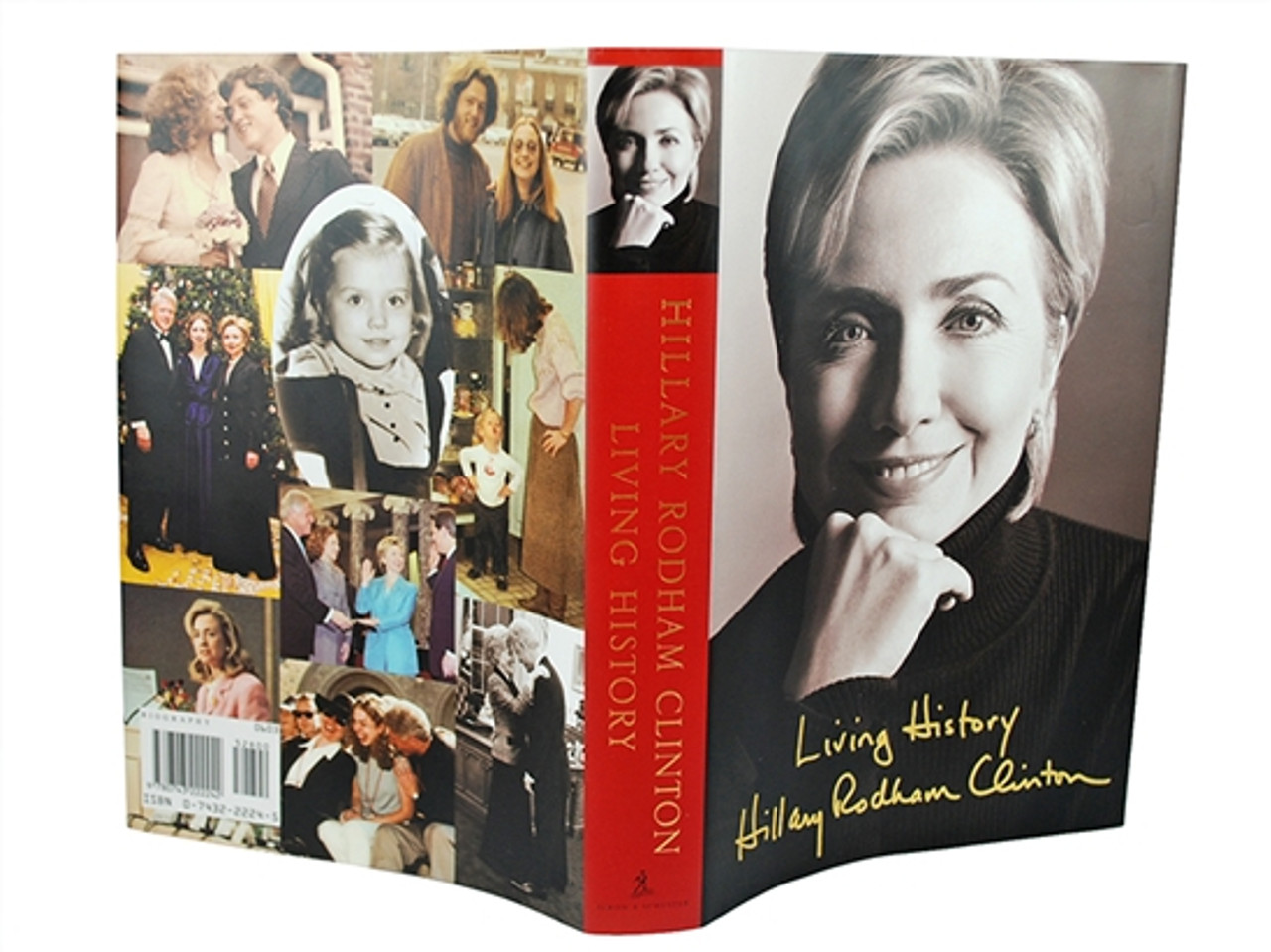 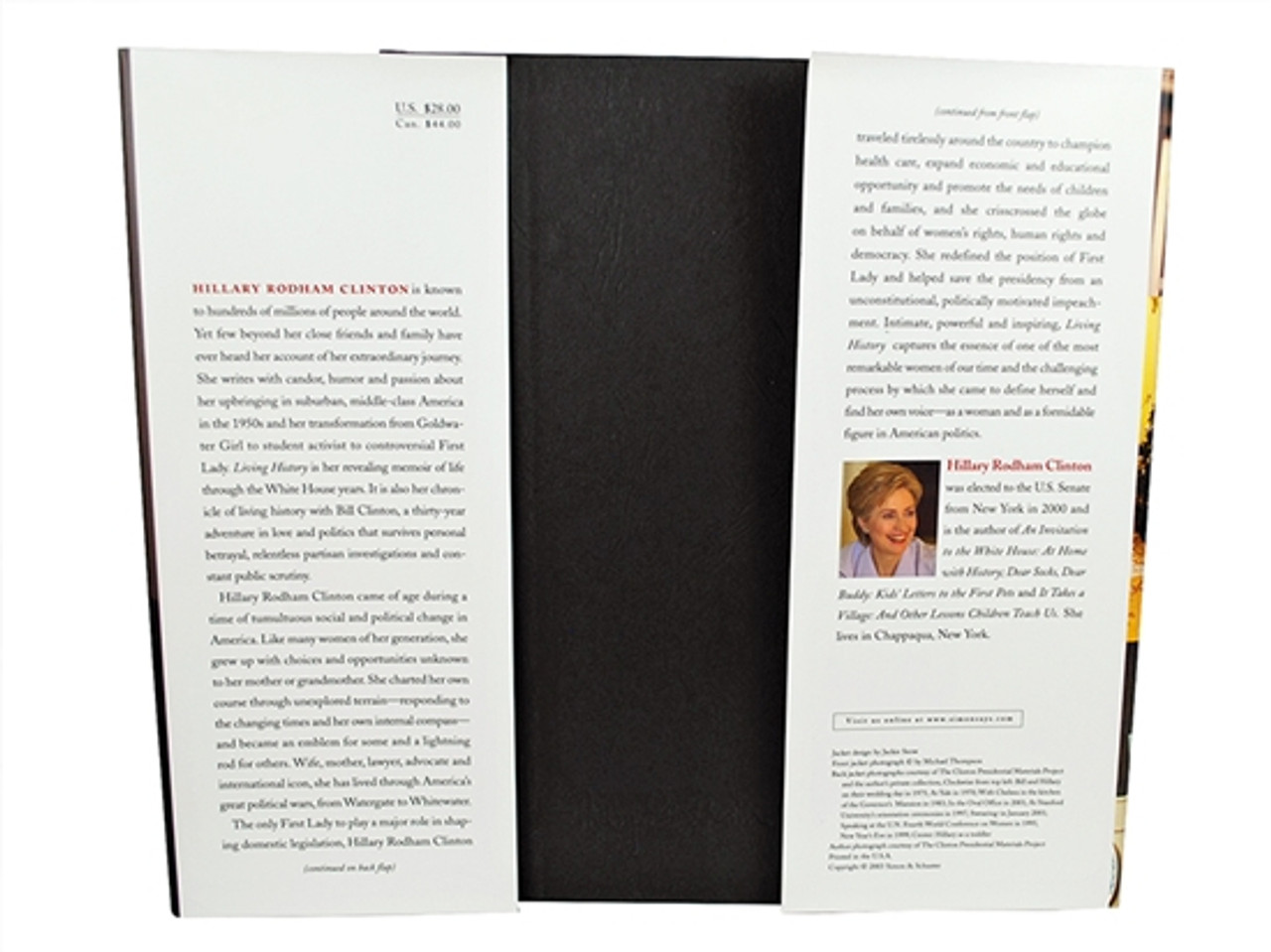 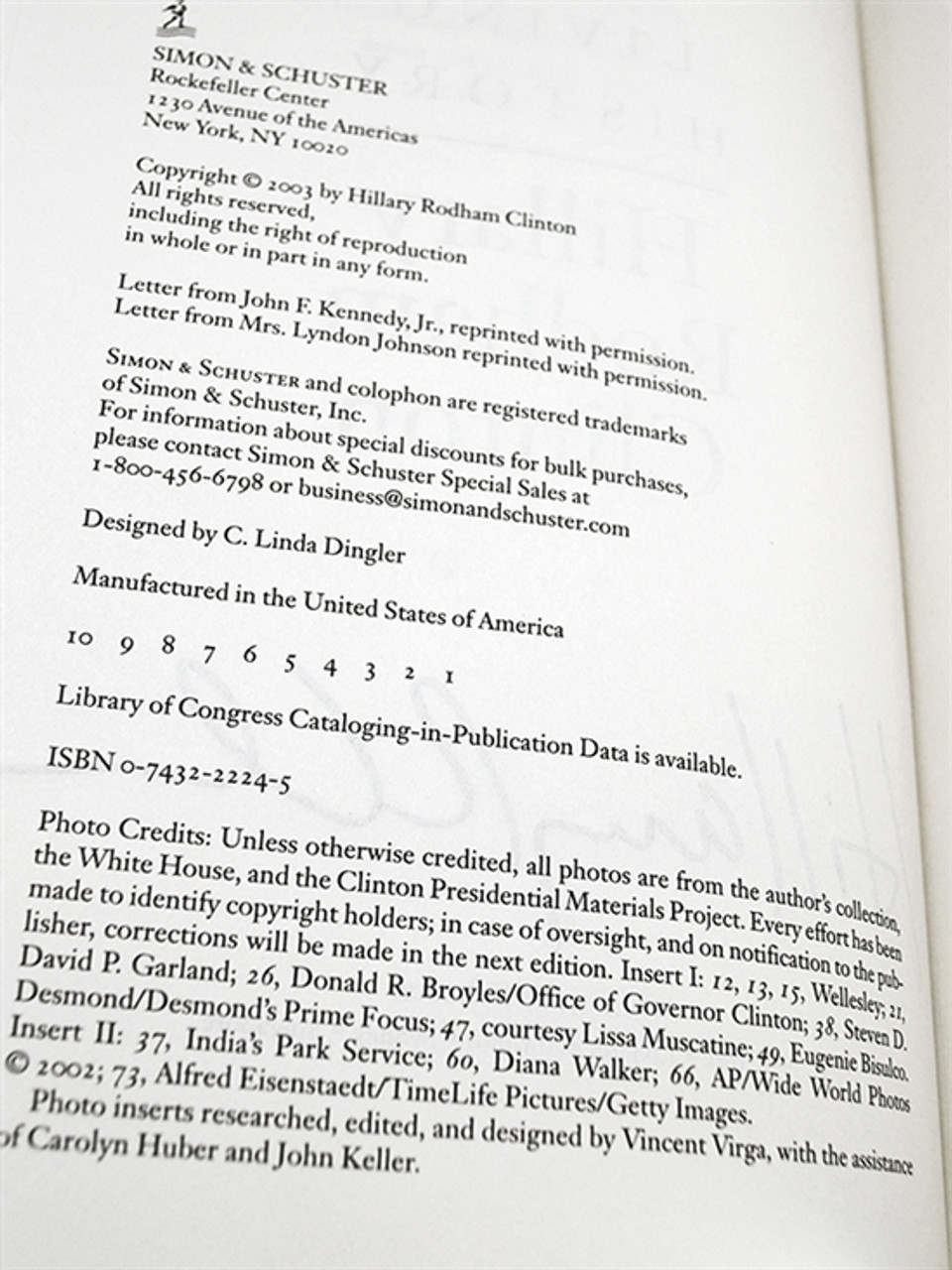 "Enough information and personality to appeal to people on both sides of the political fence" - (Publishers Weekly).

Illustrated with 16 pages of black-and-white photographs. This first printing is preceded by the signed limited edition of 1500 copies.

A fine collectible first printing to showcase in your political library. Mrs. Hillary Clinton has just accepted one of the top positions in government, the Secretary of State, which makes her role even more important.

Living History is her revealing memoir of life through the White House years. It is also her chronicle of living history with Bill Clinton, a thirty-year adventure in love and politics that survives personal betrayal, relentless partisan investigations and constant public scrutiny.

As with most books written by politicians while in office (or at least aiming for one), Living History is, first and foremost, safe. There are interesting observations and anecdotes, the writing is engaging, and there is enough inside scoop to appeal to those looking for a bit of gossip, but there are no bombshells here and it is doubtful the book will change many minds about this polarizing figure.

This does not mean the work is without merit, however, for Hillary Clinton has much to say about her experience as first lady, which is the primary focus of the book. Those interested in these experiences and her commentary on them will find the book worth reading; those looking for revelations will be disappointed.

Beginning with a brief outline of her childhood, college years, introduction to politics, and her courtship with Bill Clinton, Clinton covers a wide variety of topics: life on the campaign trail, her troubled tenure as leader of the President's Task Force on National Health Care Reform, meeting with foreign leaders, and her work on human rights, to name a few. By necessity, she also addresses the various scandals that plagued the administration, from Travelgate to Whitewater to impeachment, though she does not go into great detail about each one; rather, she seems content to simply state her case and move on without trying to settle too many old scores.

Along the way, she offers many apologies, though perhaps not the kind some would expect. She does not shy away from her "vast right-wing conspiracy" comment, for instance, though she does wish that she had expressed herself differently. Regarding the Monica Lewinsky scandal, she maintains that her husband initially lied to her, as he did the rest of the country, and did not come clean until two days prior to his grand jury testimony.

Calling his betrayal "the most devastating, shocking and hurtful experience of my life," she explains what the aftermath was like personally and why she has elected to stand by her man. In all, Living History is an informative book that goes a long way toward humanizing one of the most recognizable, and controversial, women of our age. Shawn Carkonen --This text refers to the Hardcover edition.

Whether or not you believe that the Clintons were victims of what Hillary calls a "vast right-wing conspiracy," this memoir has enough information and personality to appeal to people on both sides of the political fence. Most will not be surprised by Clinton's reading style, as it is similar (though not nearly as formal) to the manner in which she has delivered many television addresses. Her Midwestern accent is evenly pitched and pleasant. She easily laughs at herself, and fluctuations in her delivery render her emotions nearly palpable.

Indeed, the casual straightforwardness of her delivery will engender a sense of trust and respect in listeners. Though she does not offer much new material, she is adept at disclosing many "backstage" details-from the personal, like her inner feelings about the Lewinsky scandal ("the most devastating, shocking and hurtful experience of my life"), to the humorous, like the time a mischievous Boris Yeltsin tried to coax her into sampling moose-lip soup. Her devotion to Chelsea, Bill and to her country feels genuine, as do her hopes for future. All in all, her infectious sense of optimism and unwavering energy shine through in her delivery and will leave listeners with a new respect for the former First Lady.

An original first printing without any flaws and not price-clipped. The condition is of the highest quality. A wonderful bright clean copy without any markings, stains, writings, or stamps.