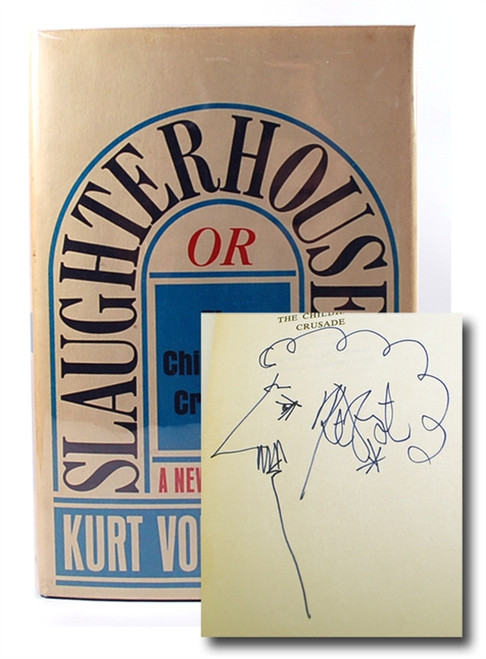 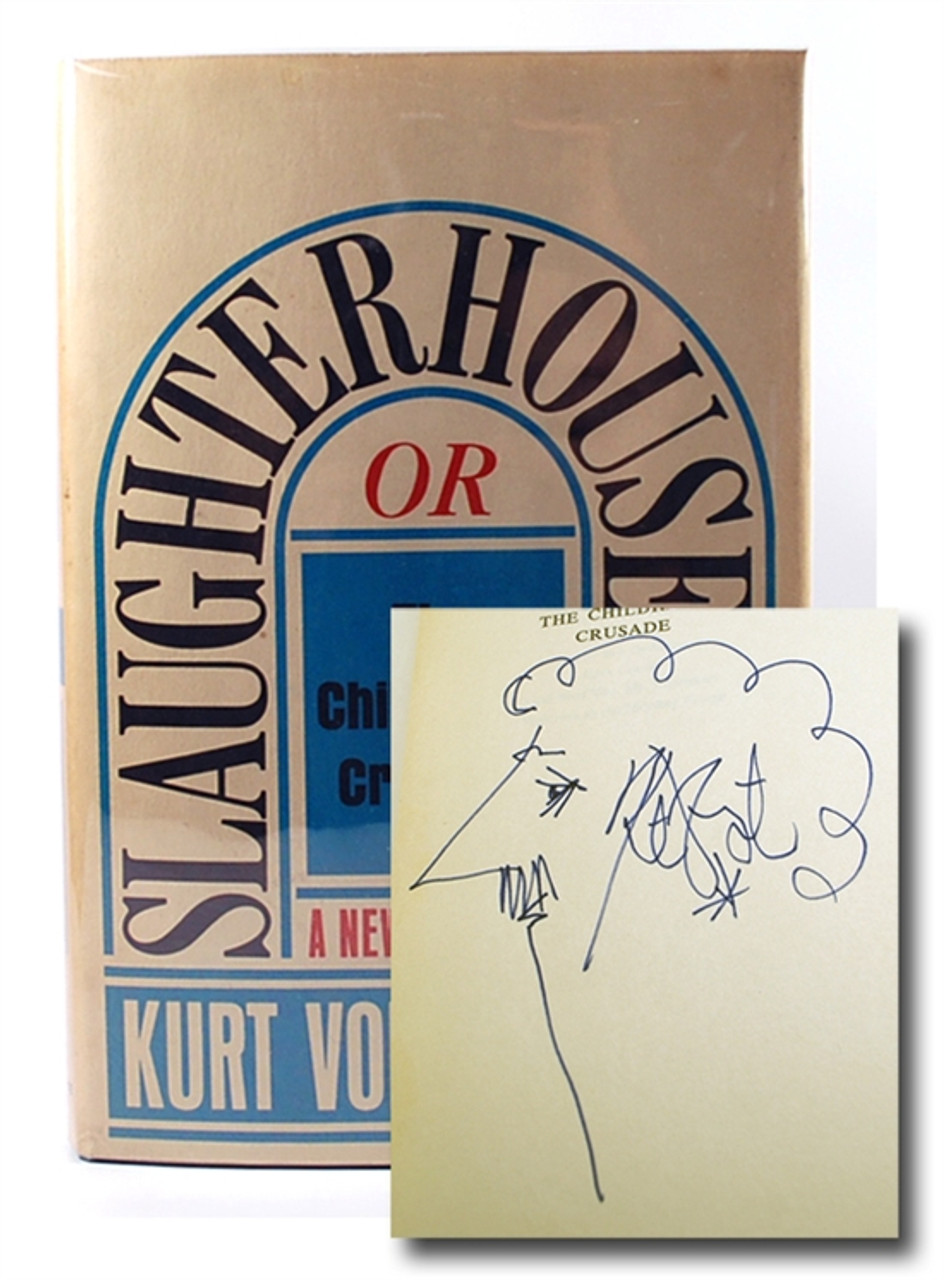 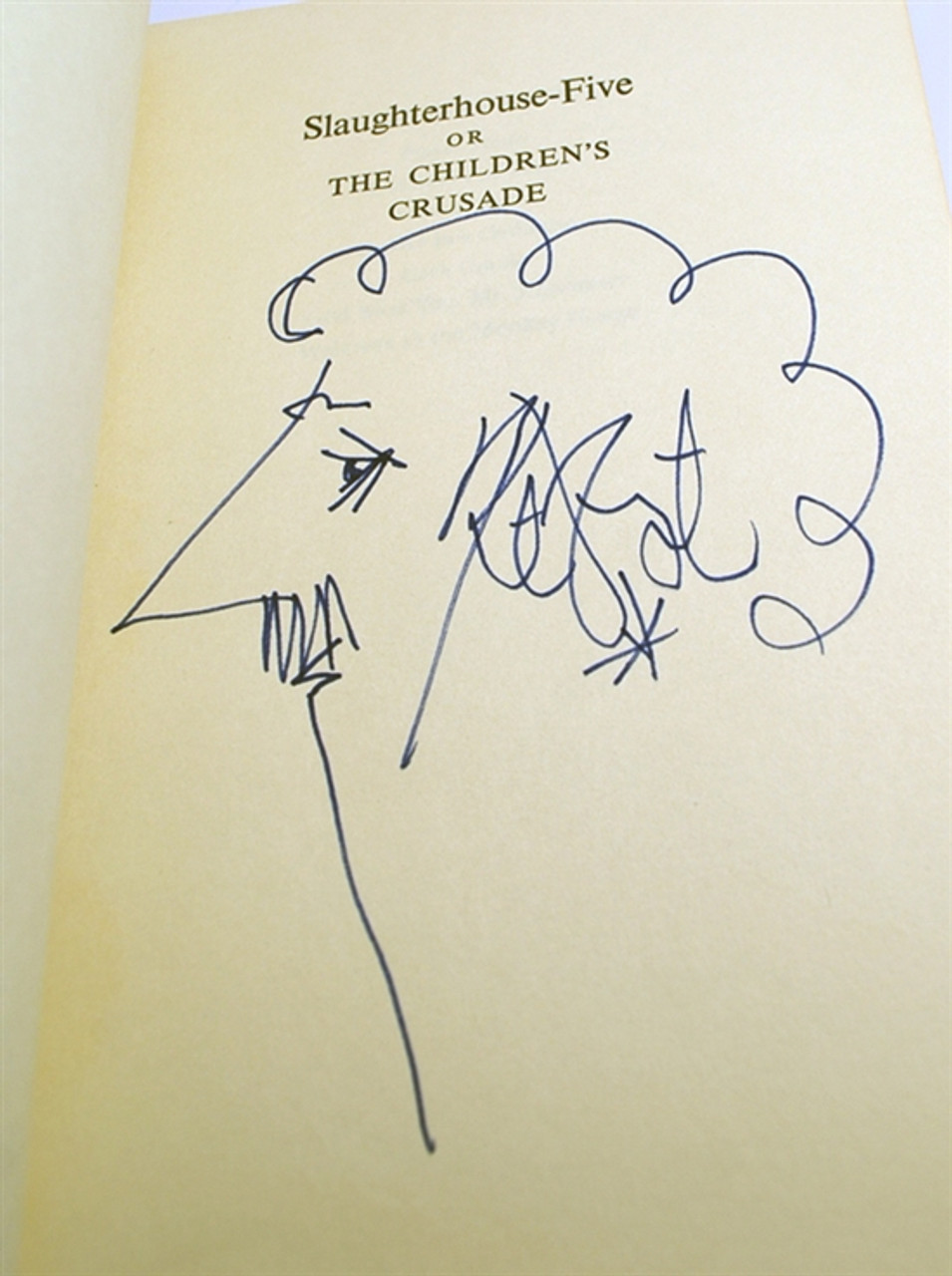 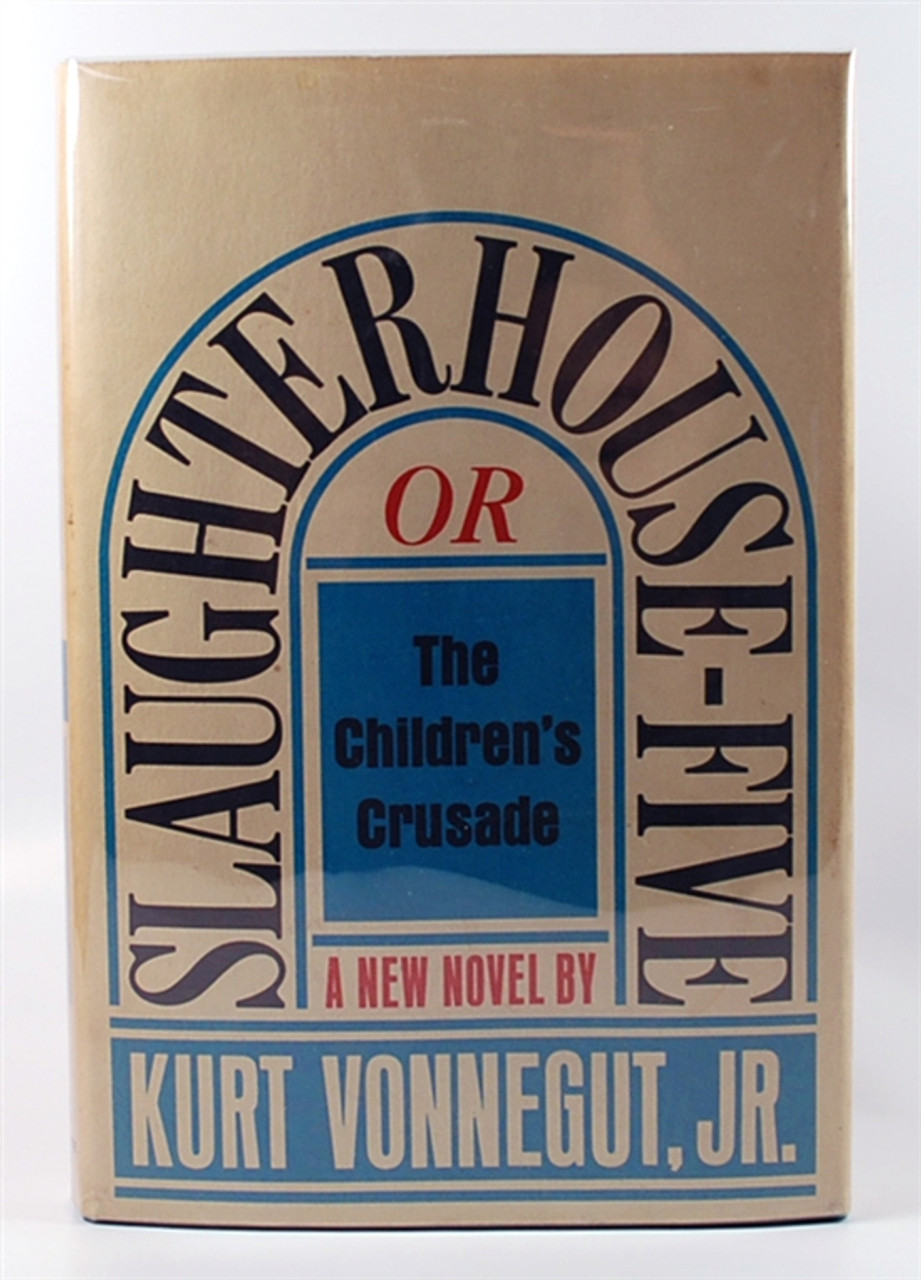 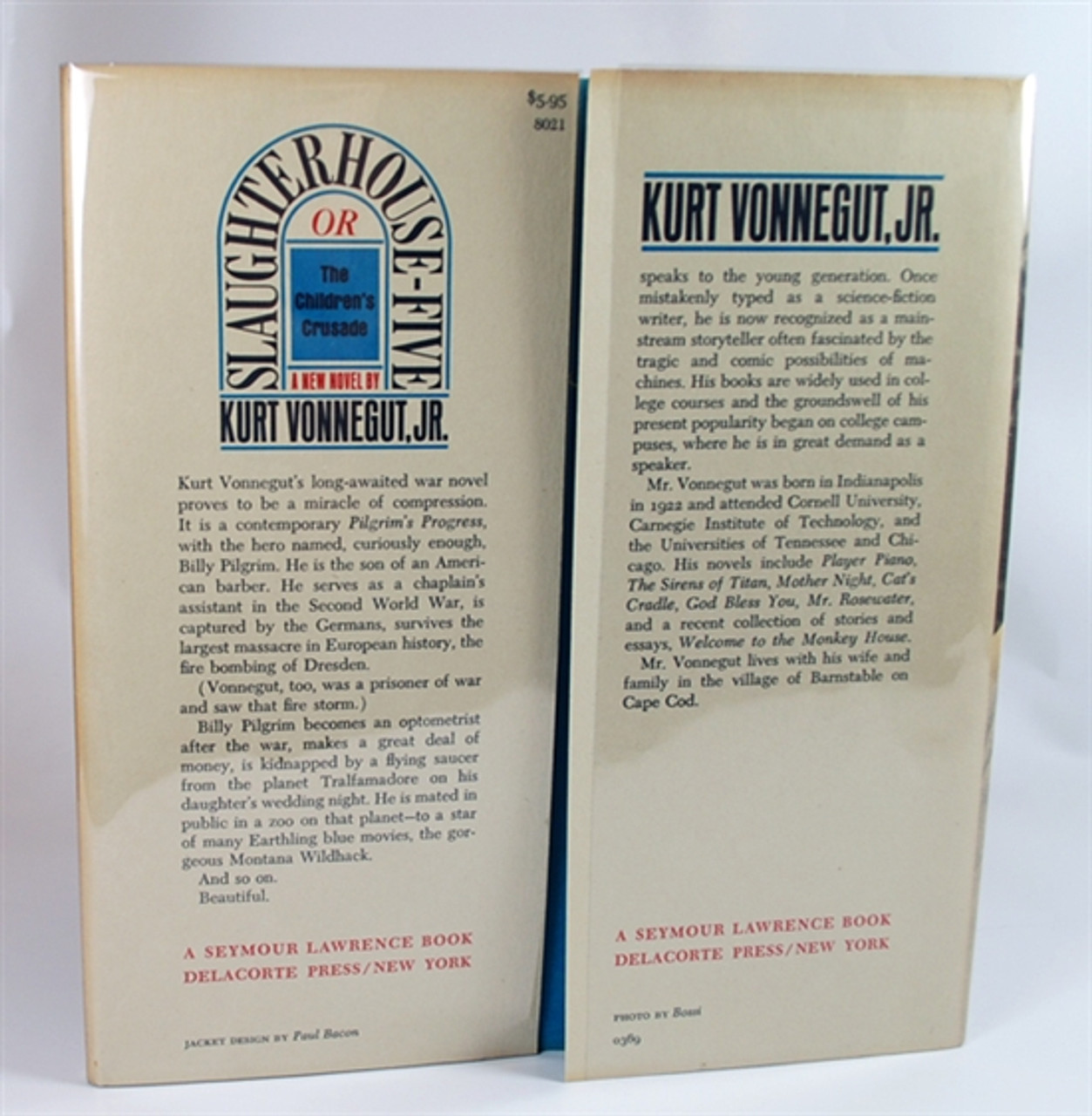 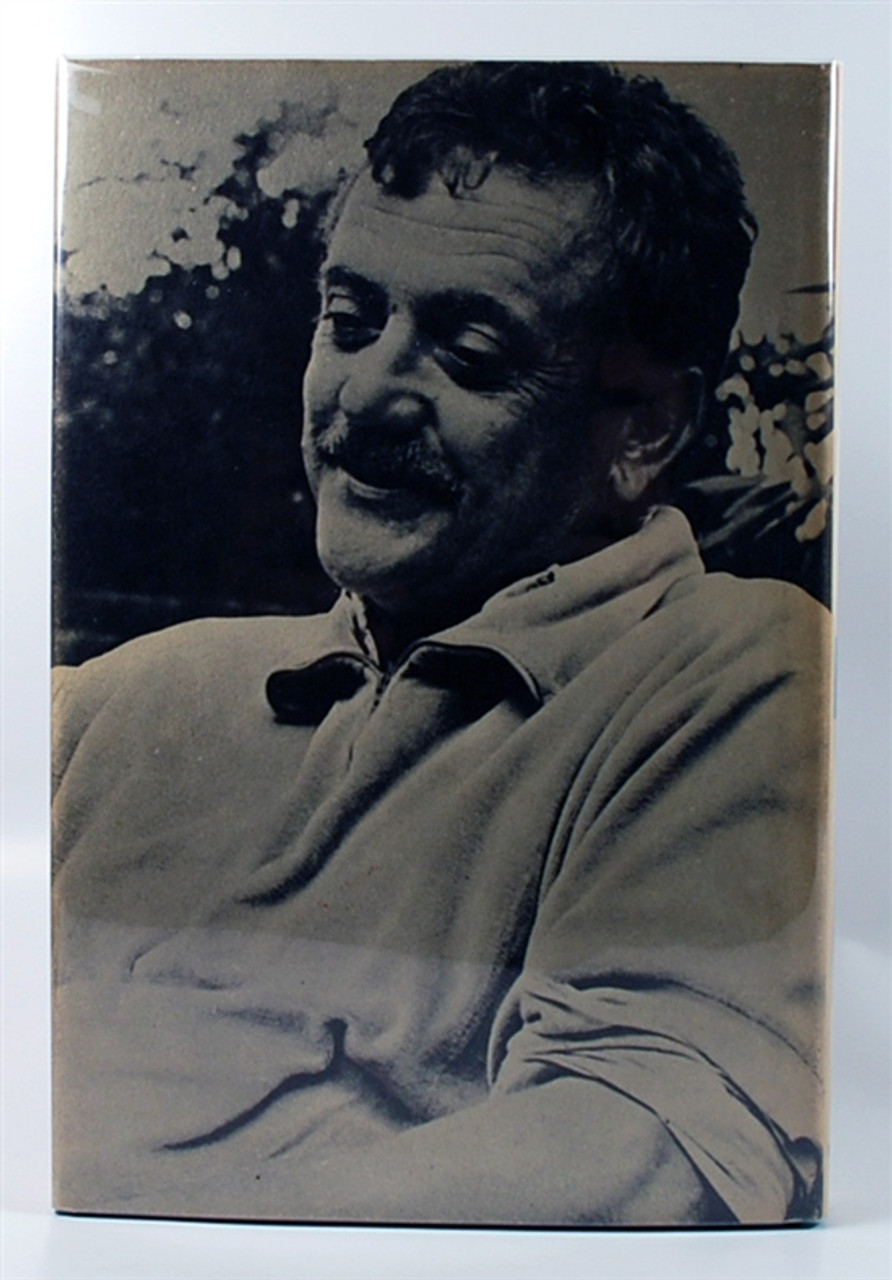 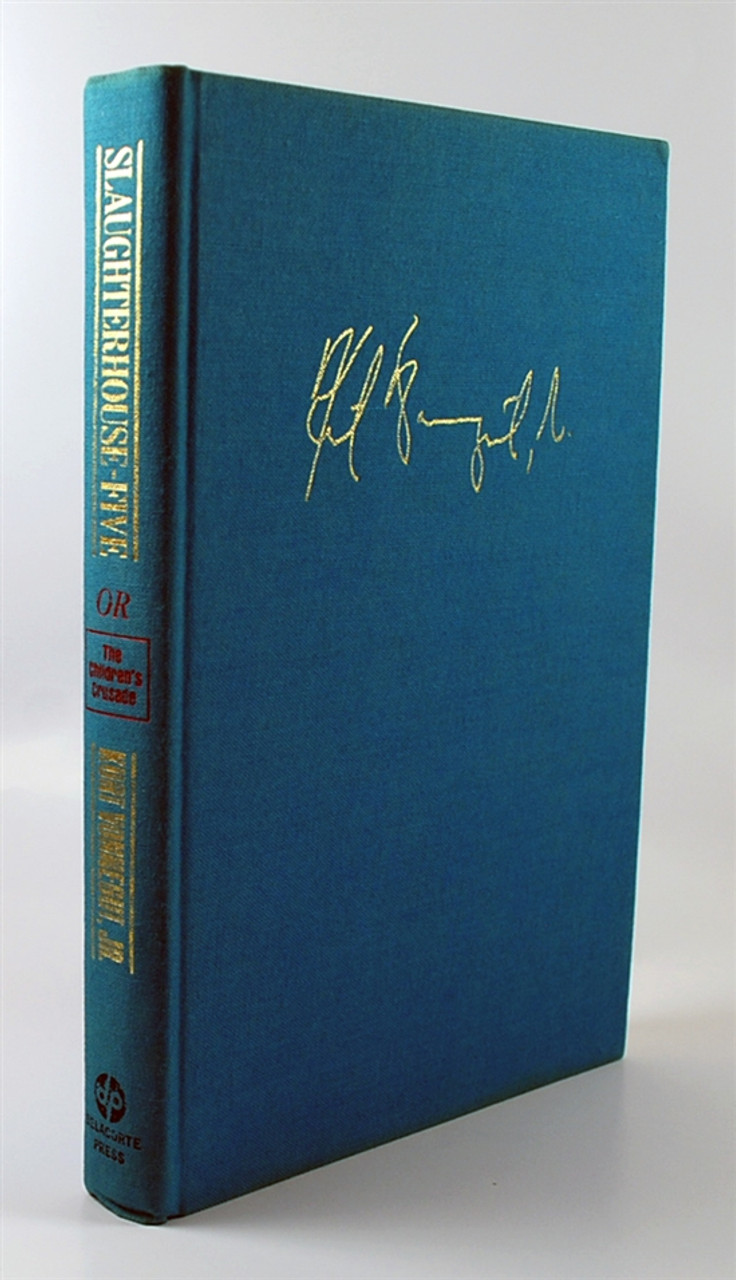 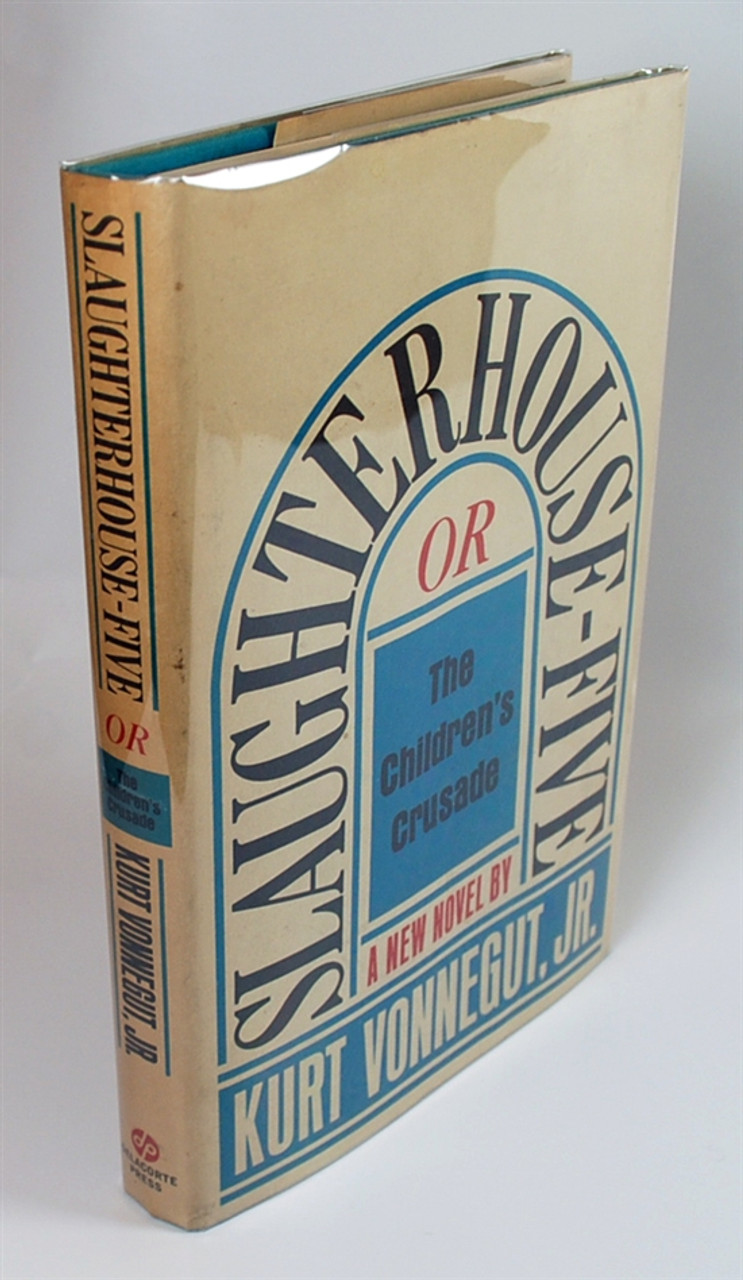 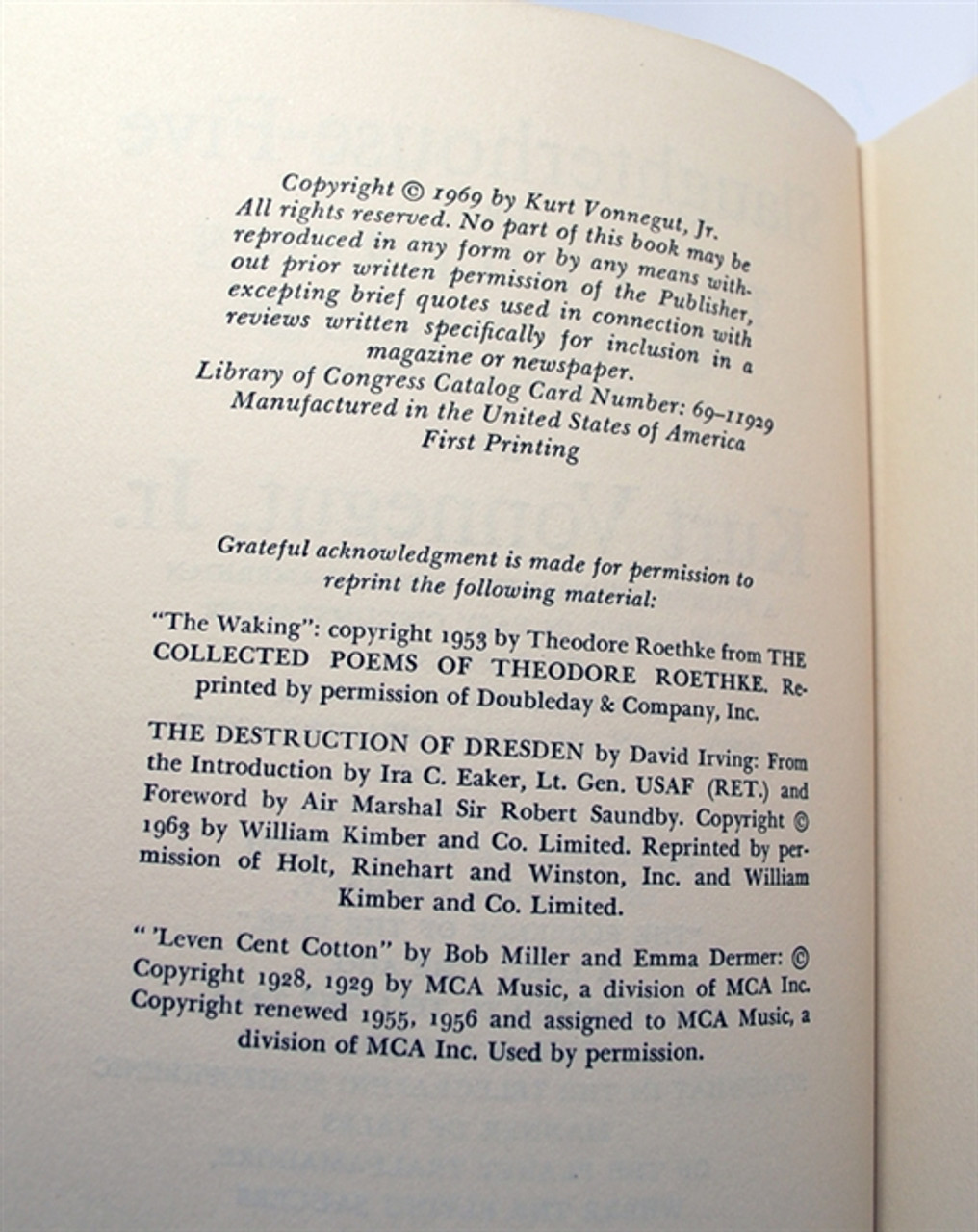 "Everything was beautiful and nothing hurt."

Display Vonnegut's masterpiece as a respectful tribute to his influence on modern literature. Vonnegut's most powerful book and also as important as any written since 1945. Featured on all three major lists of the top books of the 20th century, "Slaughterhouse Five" is one of Kurt Vonnegut's most well-known novels. This first edition, first printing from Delacorte Press in 1969 is in Fine condition, a rare gem.

Vonnegut signed this hardcover book with a self-portrait; the combination of condition and signature make this a highly collectible work.

"During the decade of the 1960s Kurt Vonnegut, Jr. emerged as one of the most influential and provocative writers of fiction in America" Slaughterhouse-Five, perhaps Vonnegut's most powerful novel, presents two characters who can see beneath the surface to the tragic realities of human history but make no attempt to bring about change. The central event is the destruction of Dresden by bombs and fire storm-a catastrophe that Vonnegut himself witnessed as a prisoner of war. (Vinson, 1414-15). A masterpiec. A key work. (Anatomy of Wonder II:1204). "Currey, 407.

In 2004, Vonnegut participated in the project The Greatest Album Covers That Never Were, where he created an album cover for Phish called Hook, Line and Sinker, which has been included in a traveling exhibition for the Rock and Roll Hall of Fame.
The condition is ideal. The first printing of "Slaughterhouse Five" was only 10,000 copies; since then, the fictional memoir of World War Two has become the hallmark of Vonnegut's dark humor and sharp edge. A cloth clam-shell case protects this desirable edition. It is a custom hand-made Asahi black slub linen clamshell box with gold gilded red leather label and lined with custom hand-made marble paper.

"Science is magic that works." Personally signed and dated by Vonnegut on his birthday (11/11/04) with a self-portrait sketch. "One of Kurt Vonnegut's most continuously inv