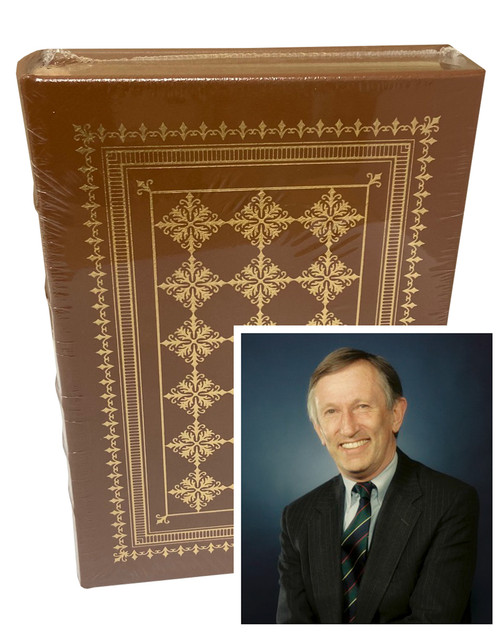 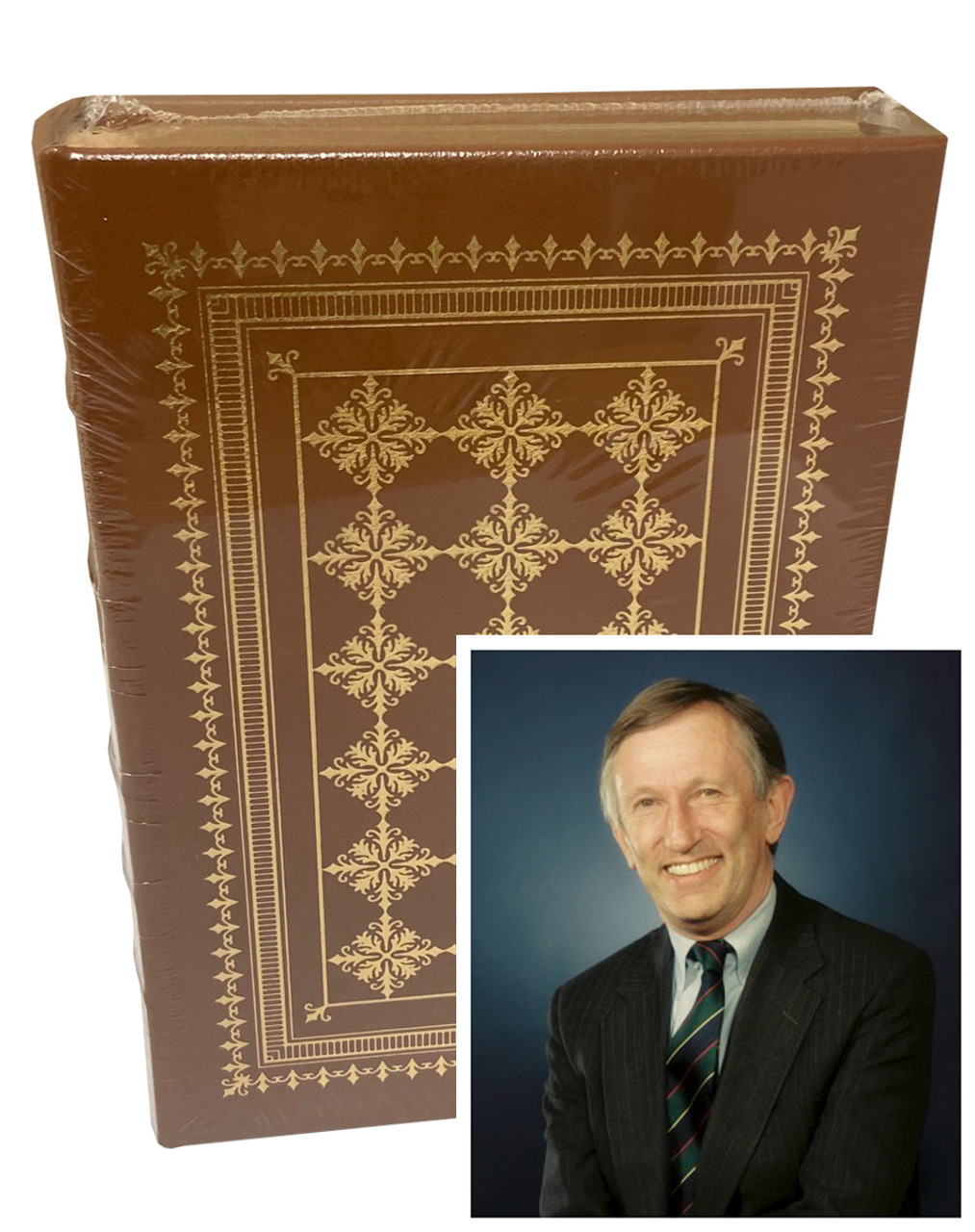 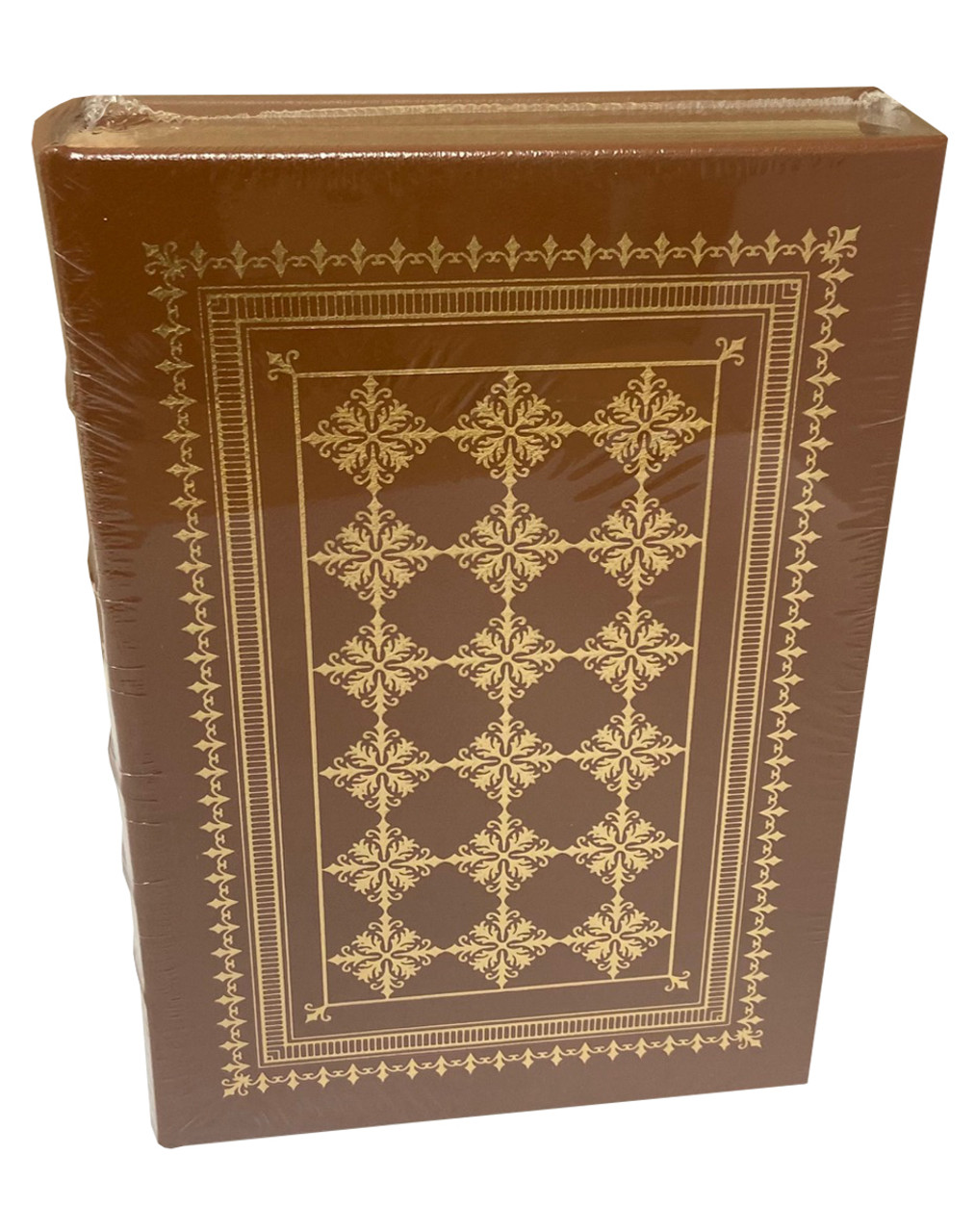 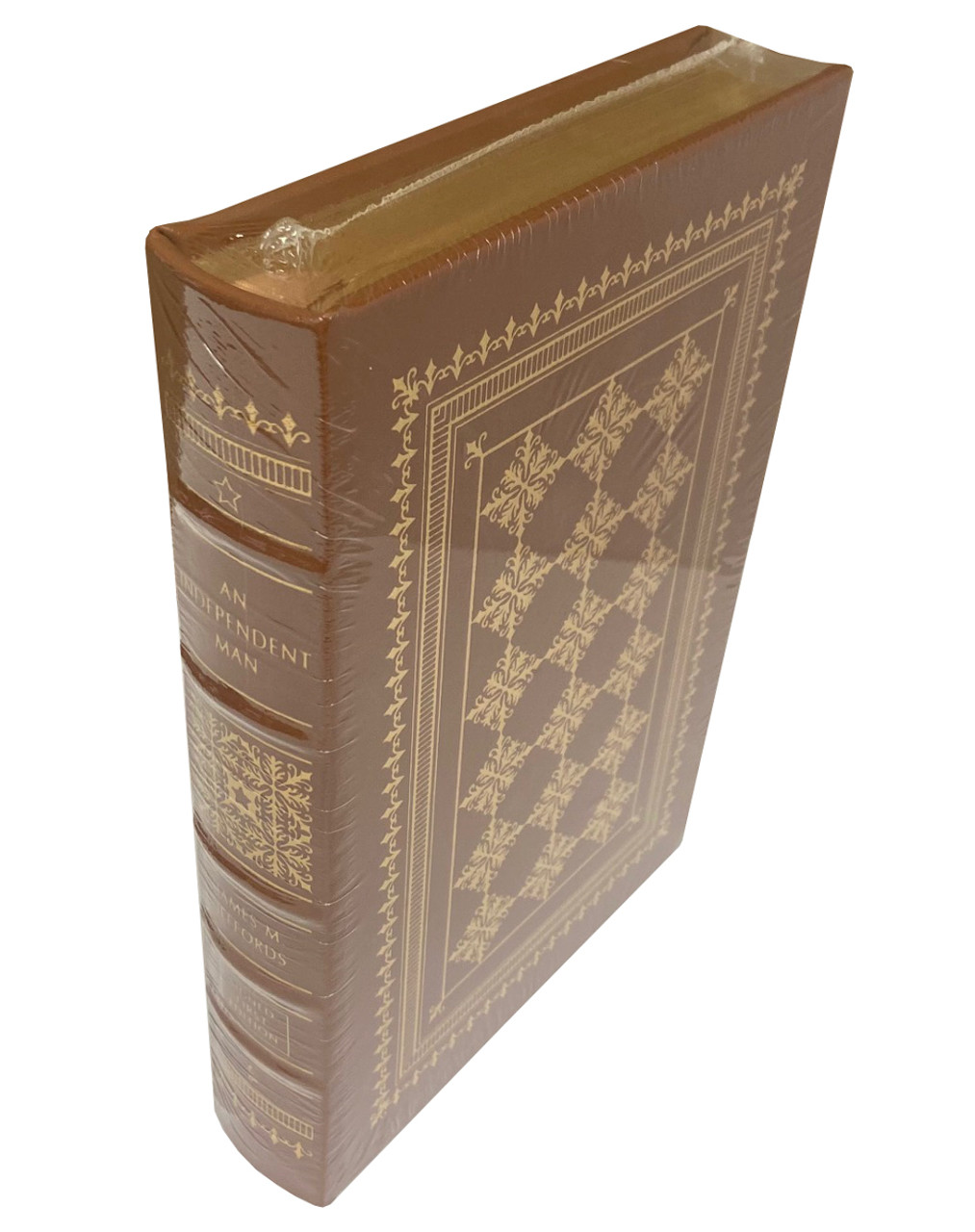 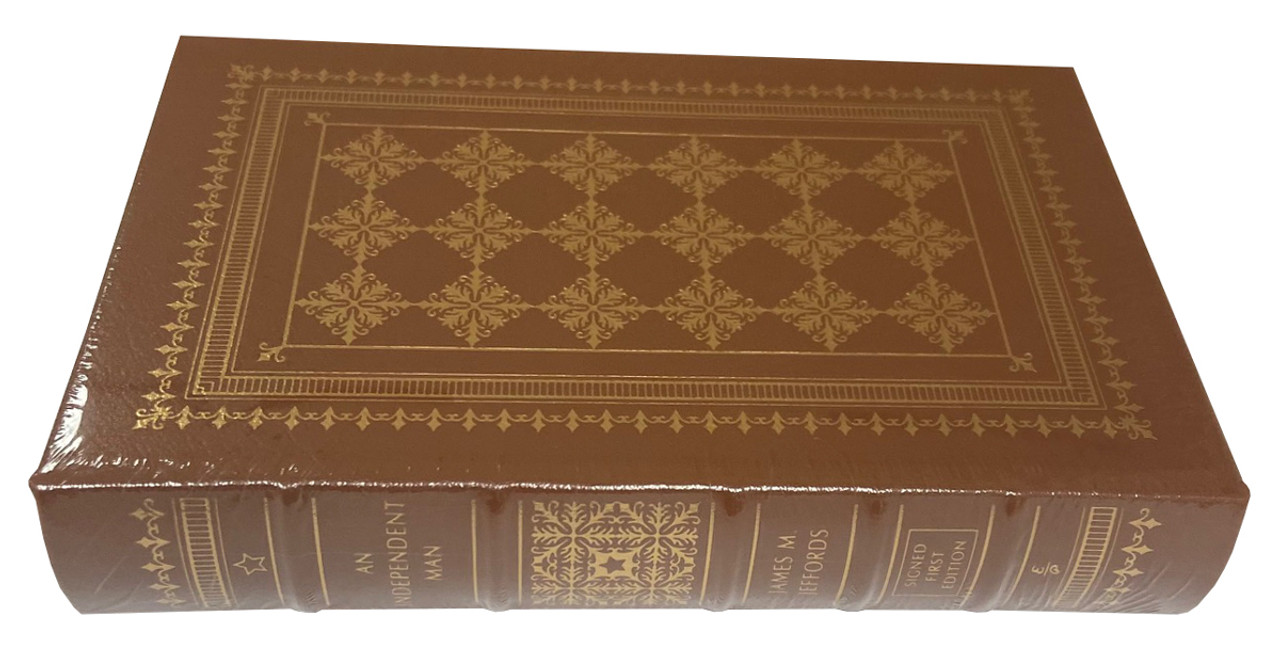 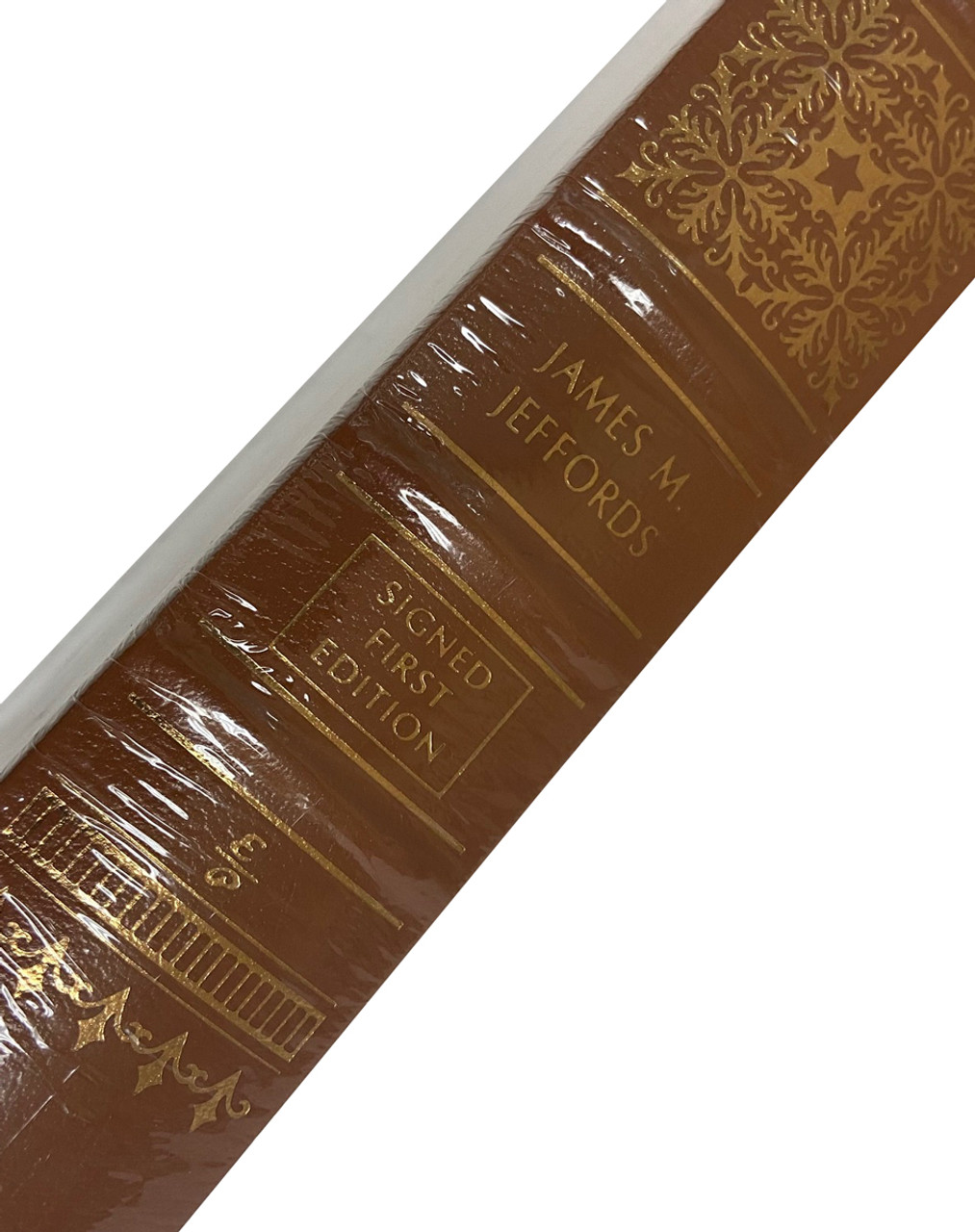 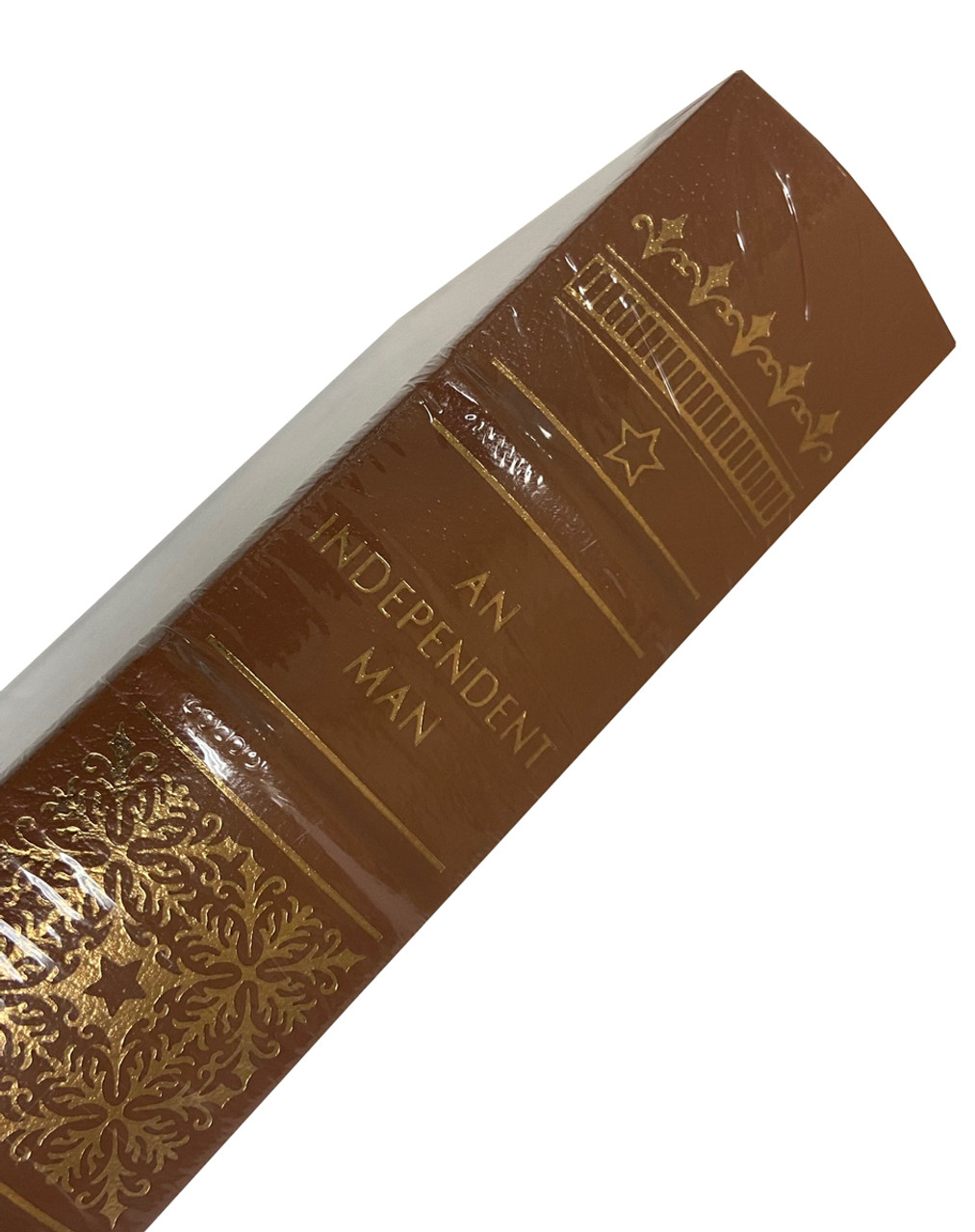 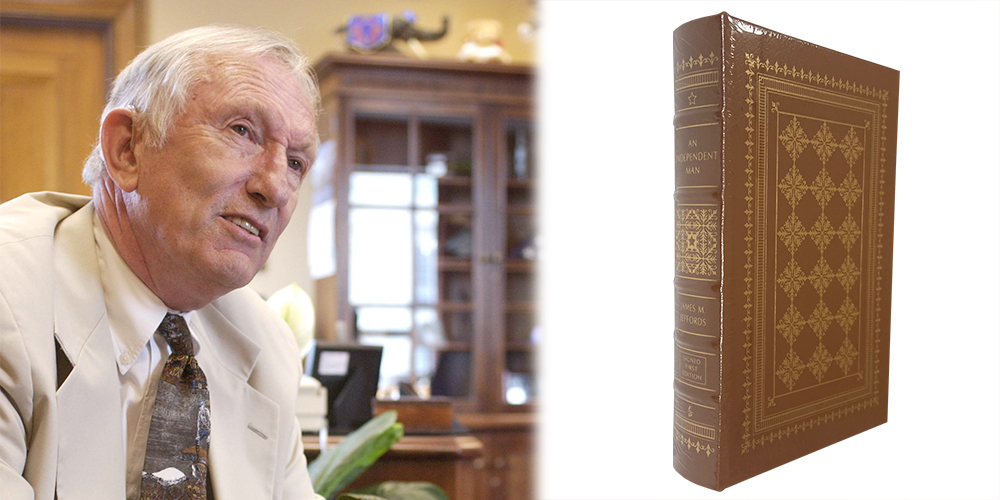 Easton Press, Norwalk, CT. 2003. James M. Jeffords "An Independent Man: Adventures of a Public Servant". Signed First Edition. Signed by the author on the special titled and numbered page. Certified by the publisher to be authentic. A luxurious signed leather bound heirloom, accented with 22kt gold, manufactured to last generations. A high quality book that would make the perfect gift. Sealed without any flaws.

Senator Jim Jeffords's disarmingly frank memoir recounts his idyllic small-town childhood in Rutland, Vermont, his somewhat unruly adolescence, putting himself through Yale University with the help of NROTC, traveling the world during his three-year navy service, and his courtship of Elizabeth Daley when he was a Harvard Law School student.

In his first term as Vermont state senator, Jeffords already had a reputation for being a maverick Republican. He supported welfare bills and environmental protection. As Vermont's attorney general, he helped draft and then implement some of the most important legislation in the nation -- the bottle bill, ban on billboards, and land protection.

Jeffords failed in his bid to be governor of Vermont when conservative Republicans in the state turned against him. When he was elected to the House of Representatives, he was so broke that he lived in his office. Meanwhile, he was battling problems brewing at home. He and his wife divorced and later remarried. But during his congressional years, Jeffords concerned himself with issues of education, energy, and dairy farming. He was the only Republican to vote against Ronald Reagan's budget. He supported Bill Clinton's Health Care Reform and opposed his impeachment. Jeffords's disagreements with the second Bush administration and the Republican leadership led to his decision to leave the party. In My Declaration of Independence, Jeffords wrote about his decision to quit the Republican Party. Now, in this memoir, he tells us more about who he is and what he believes in and what led him to that decision.

He concludes with a section on how we must rebuild America after September 11 and why we must improve our education system. In the vein of Jimmy Carter's An Hour Before Daylight, this is another magical piece of Americana from a different part of the country, steeped in the same lasting values and tough lessons.