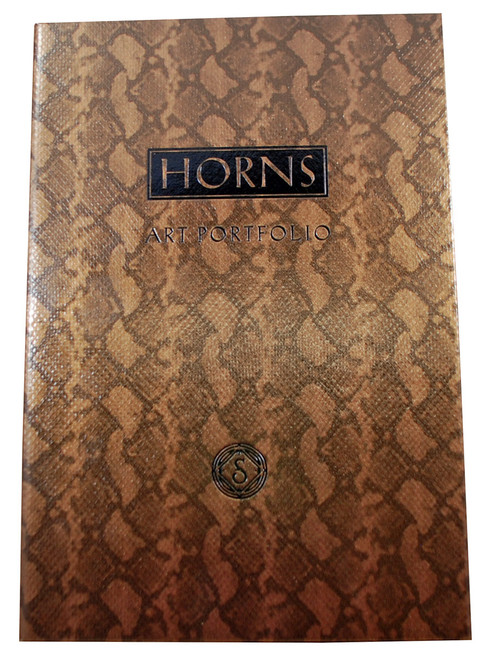 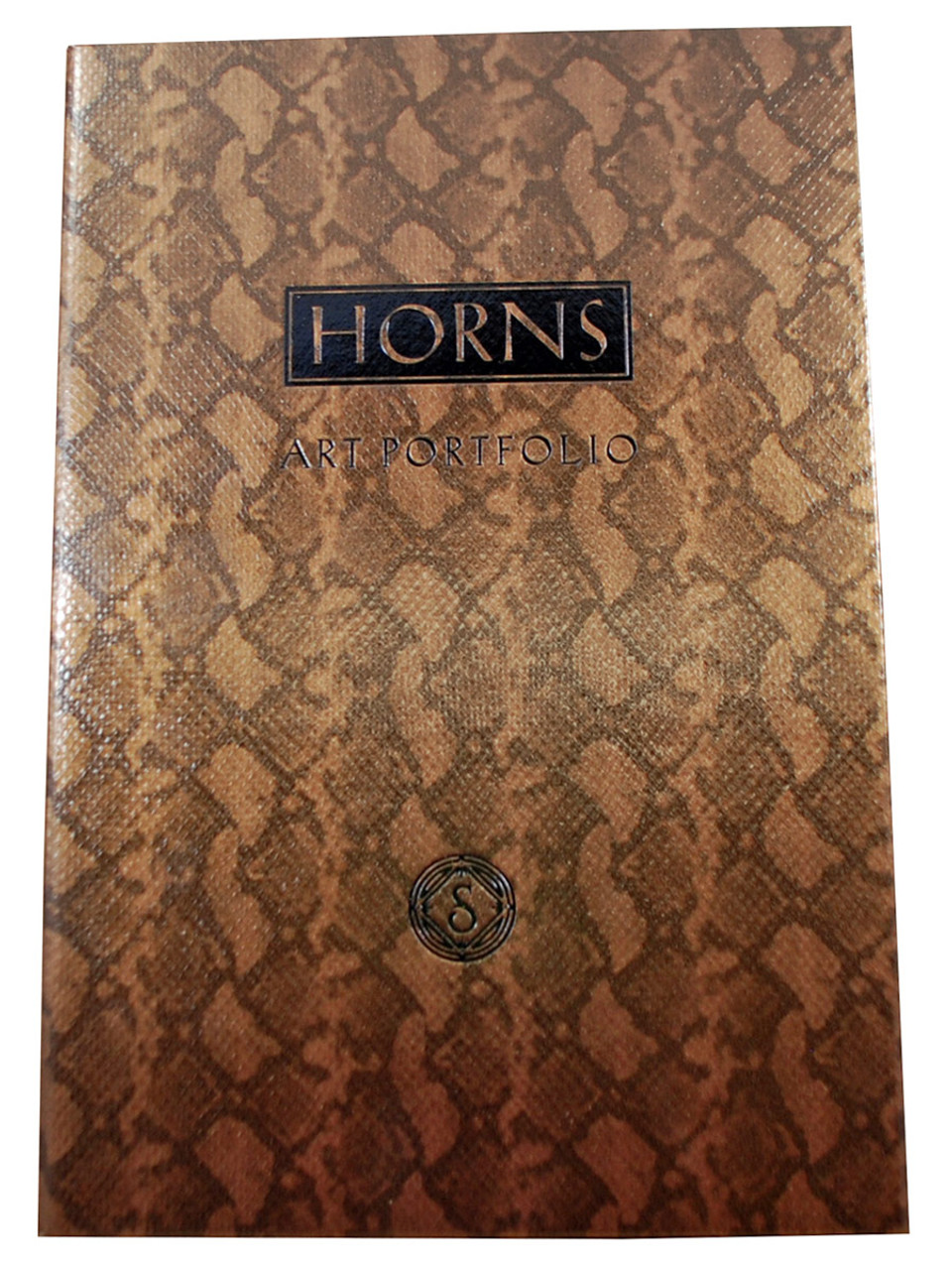 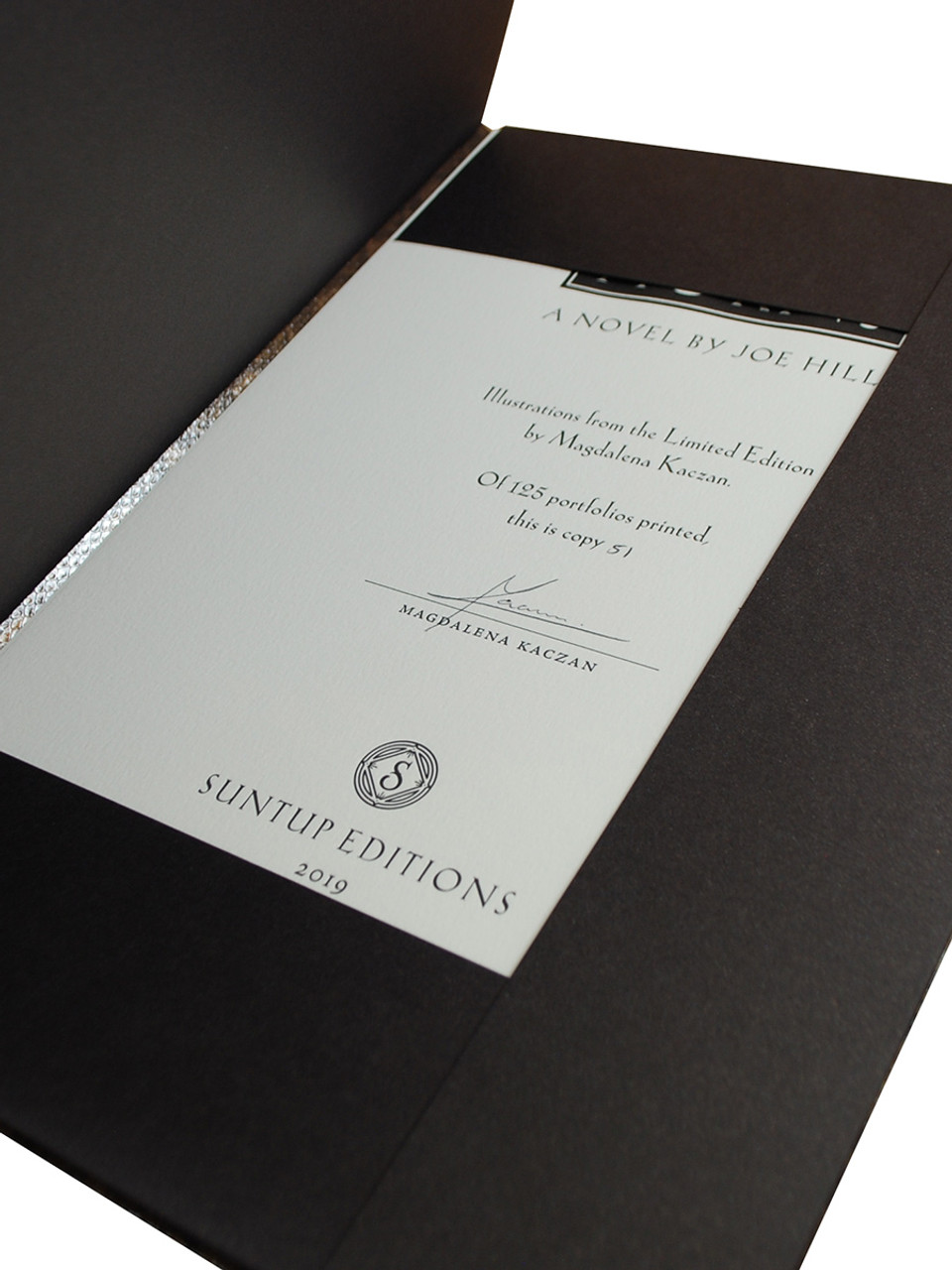 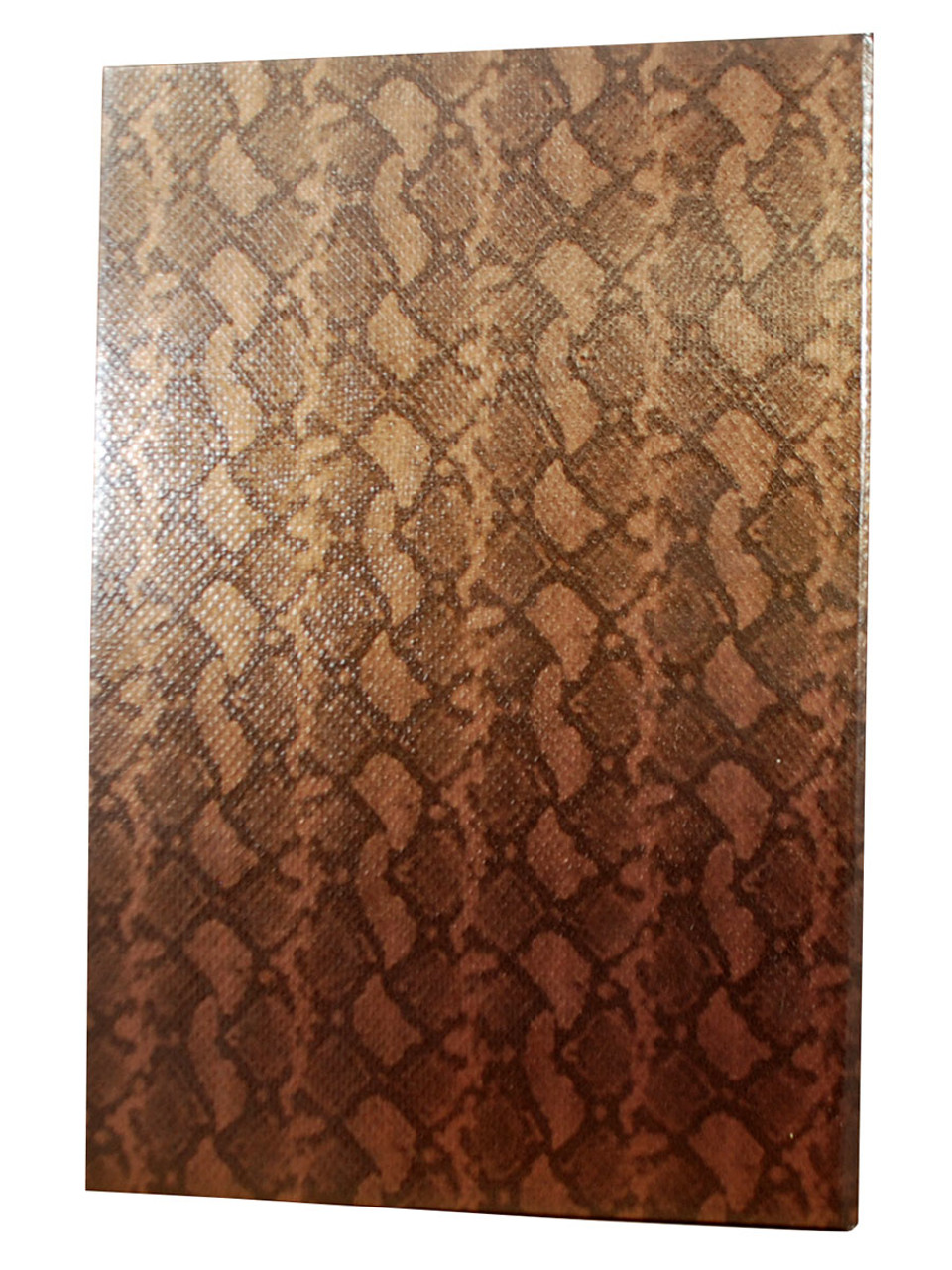 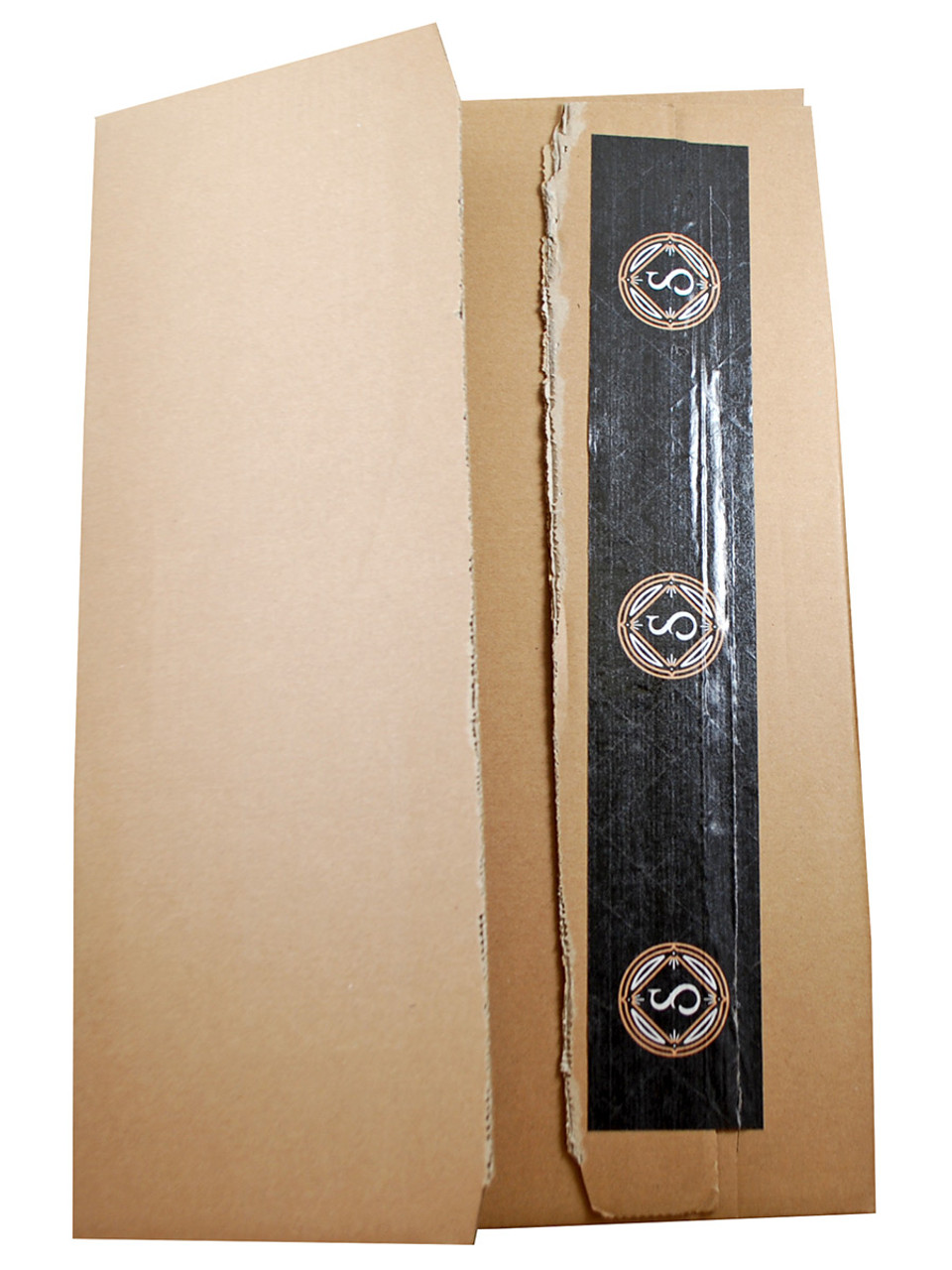 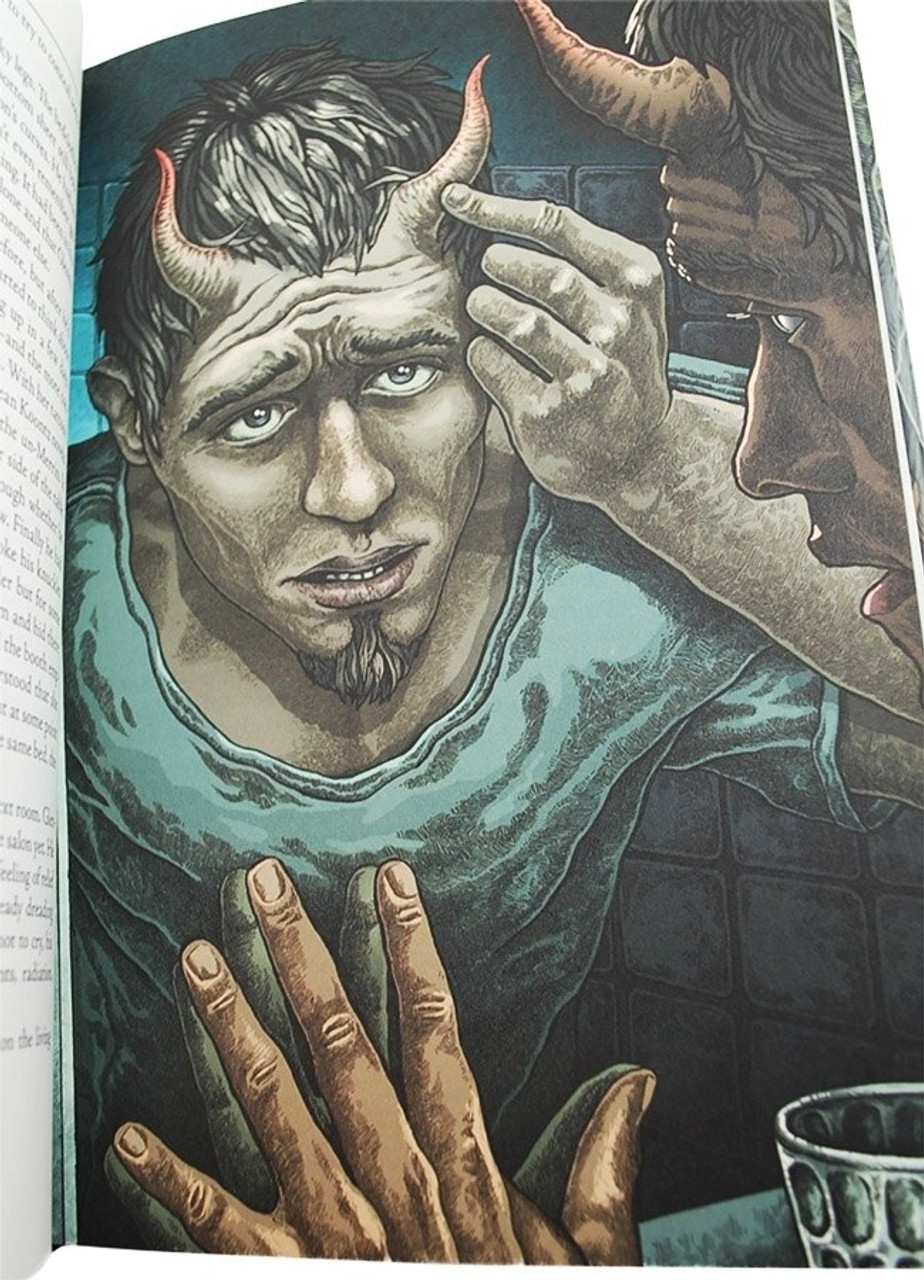 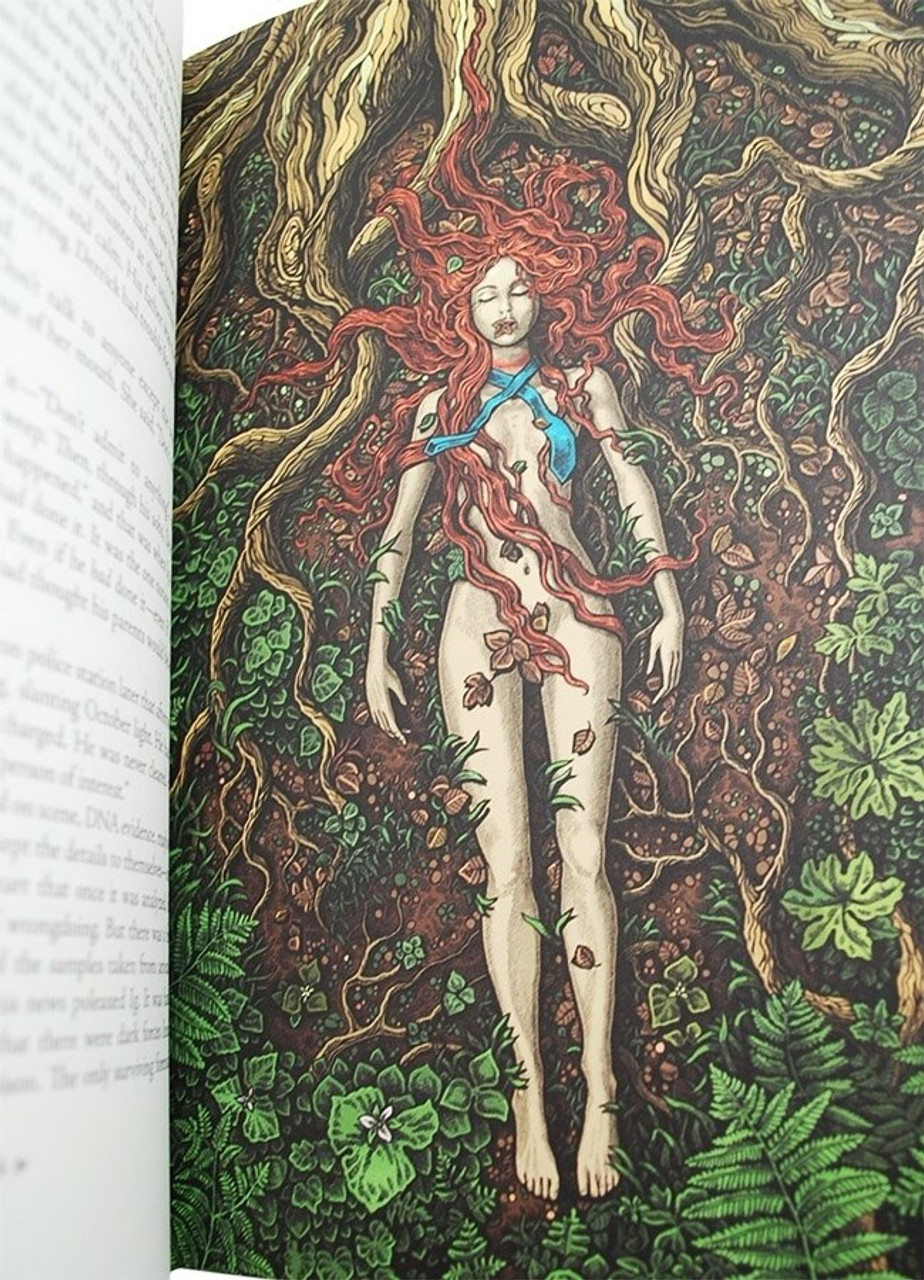 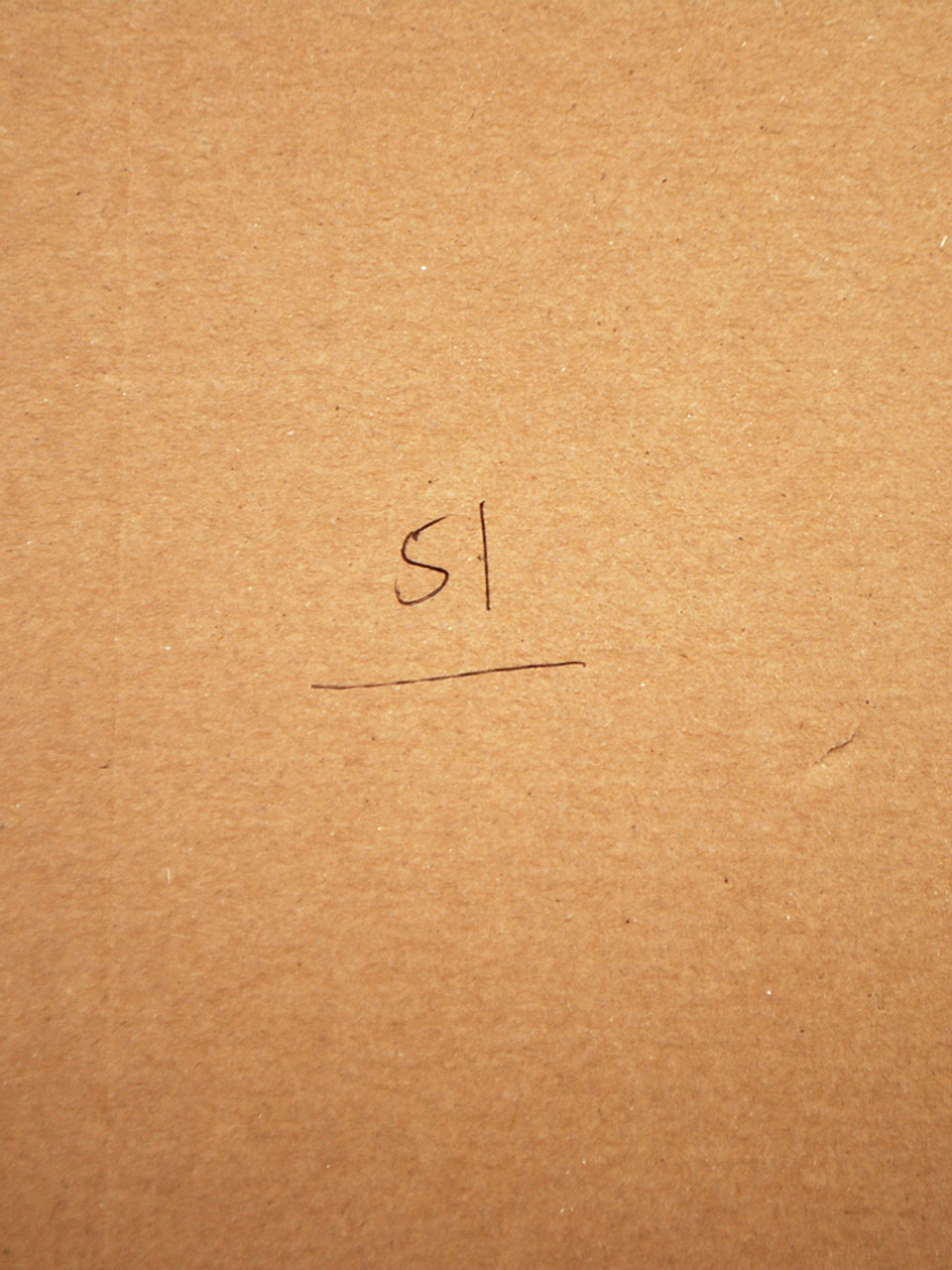 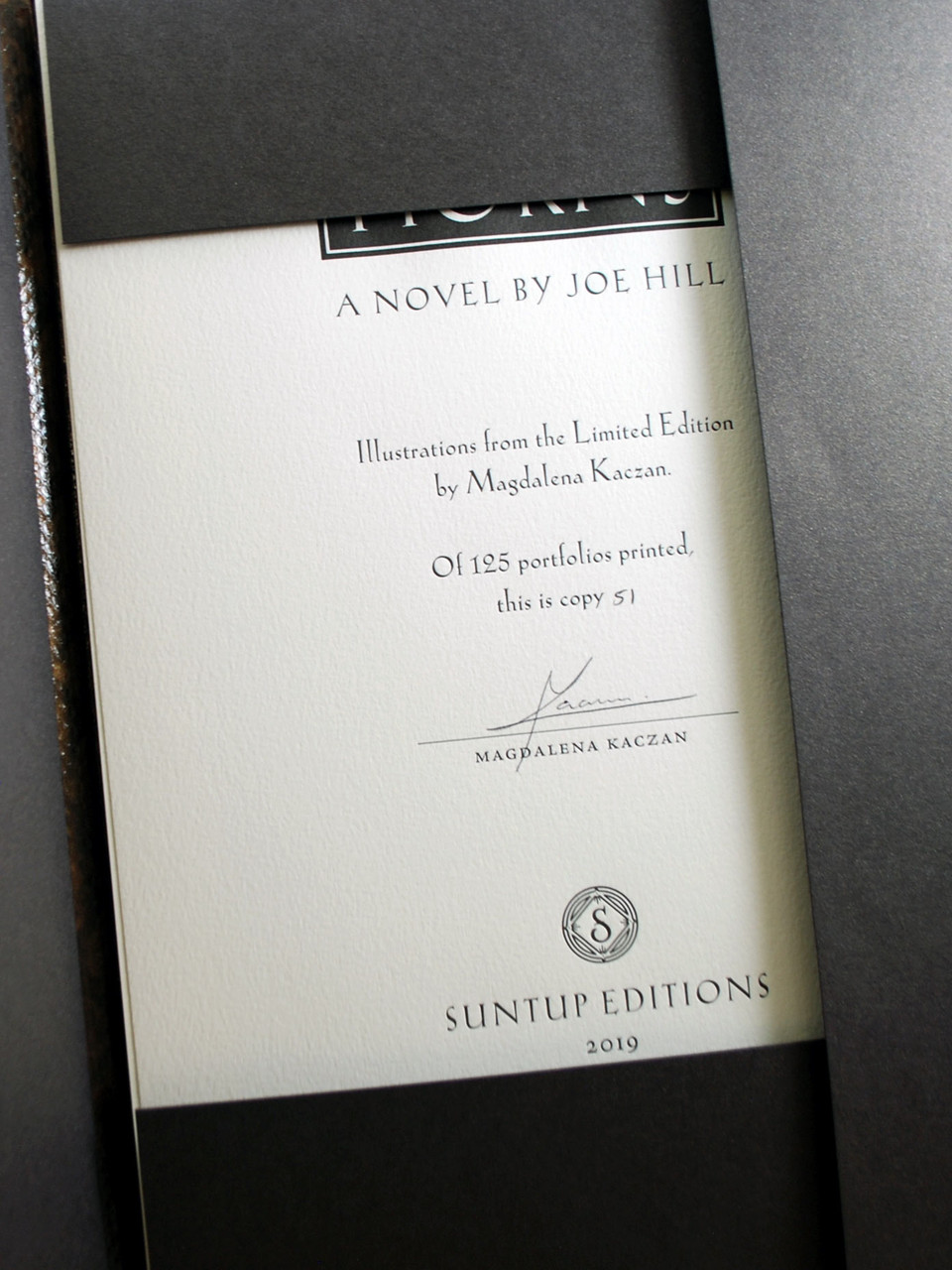 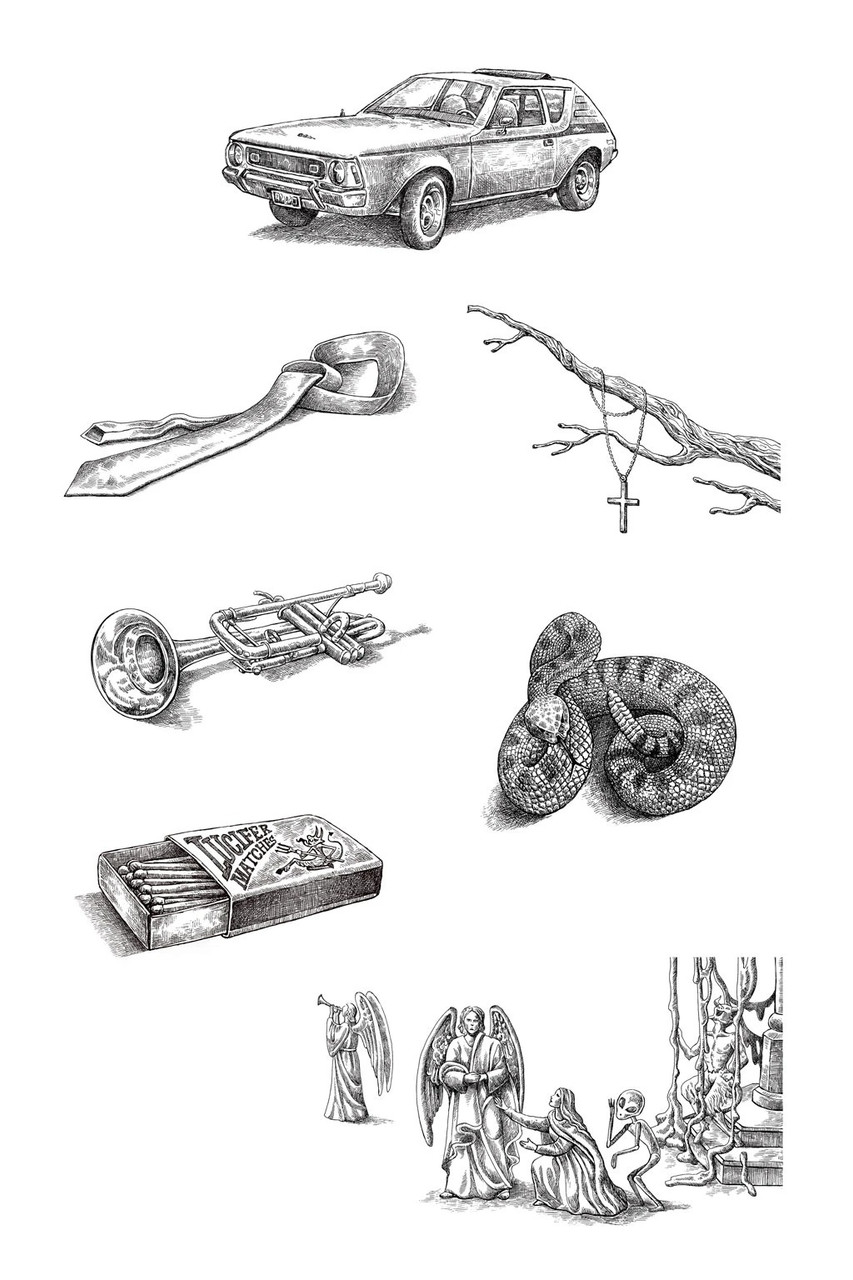 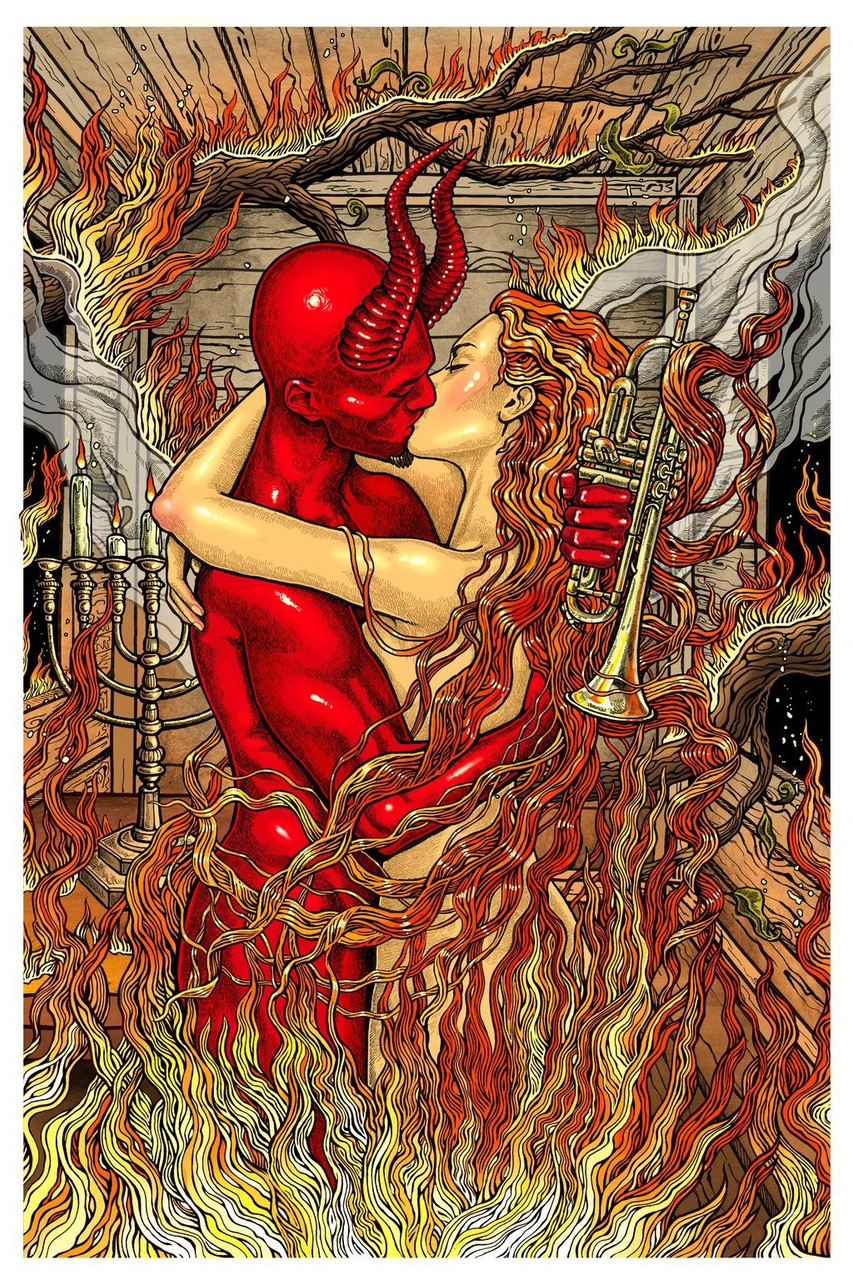 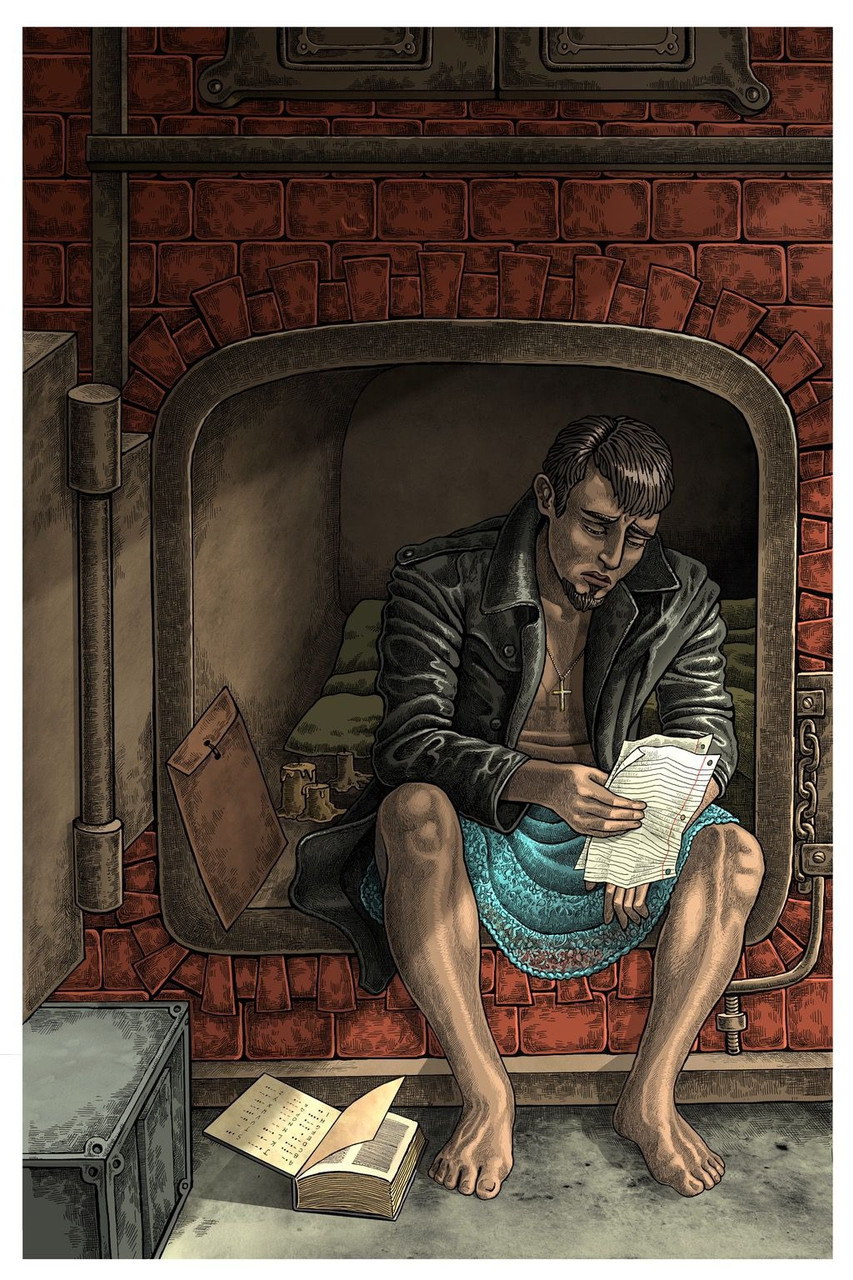 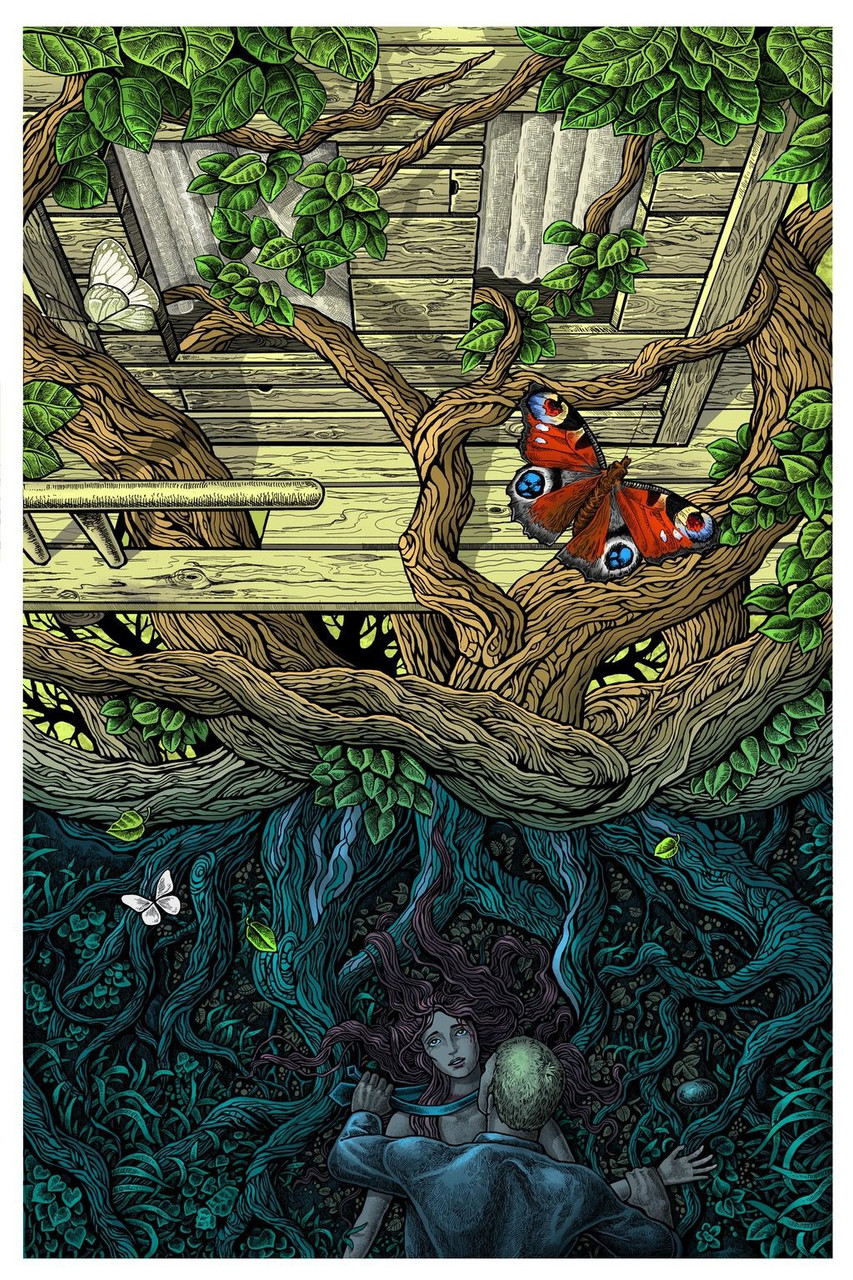 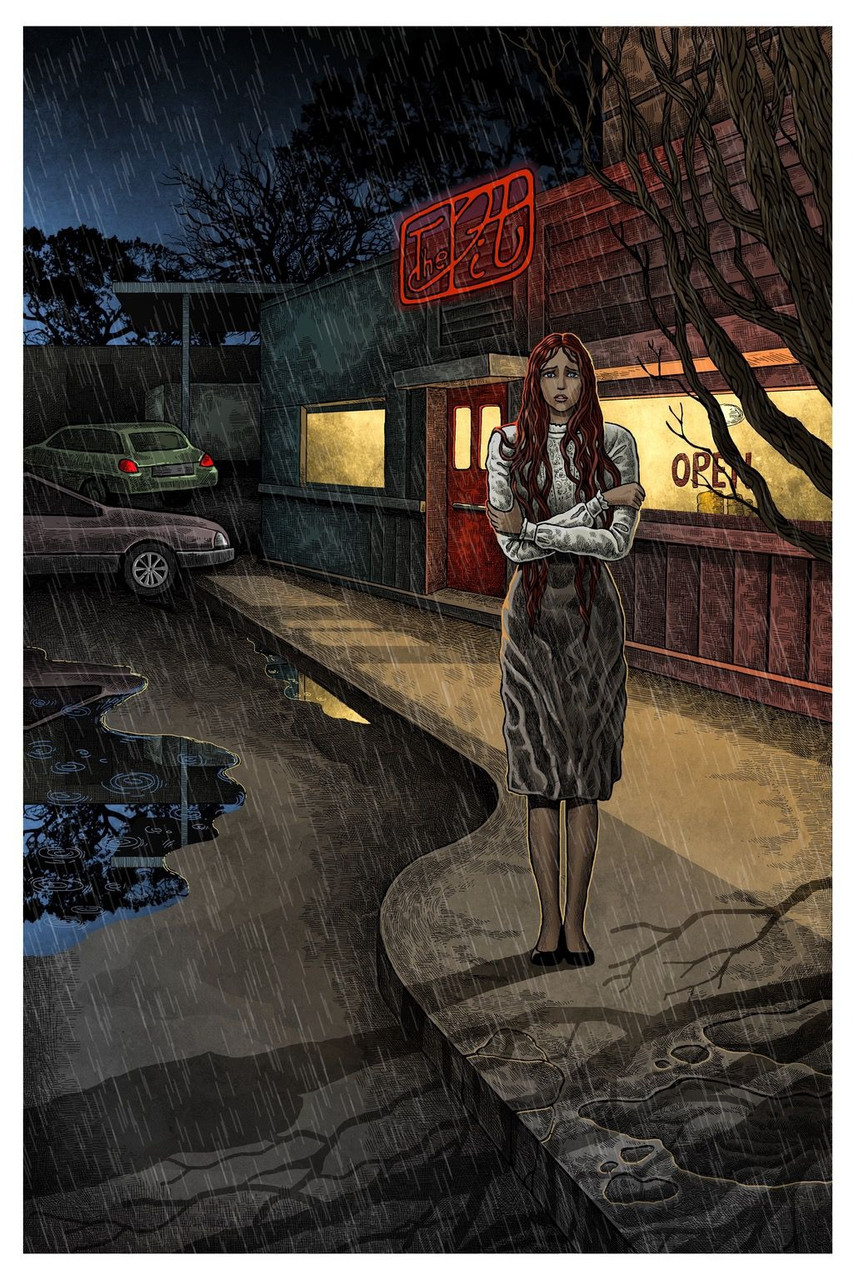 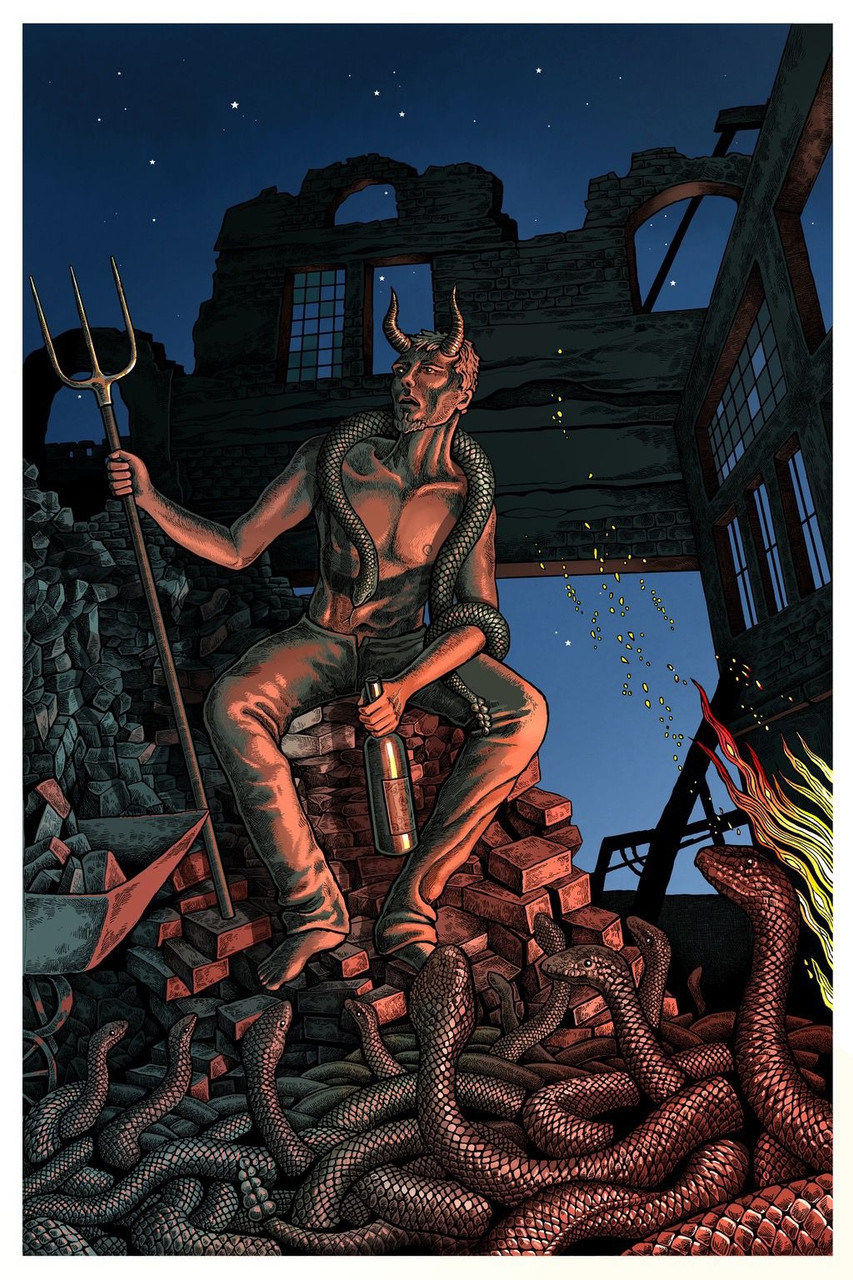 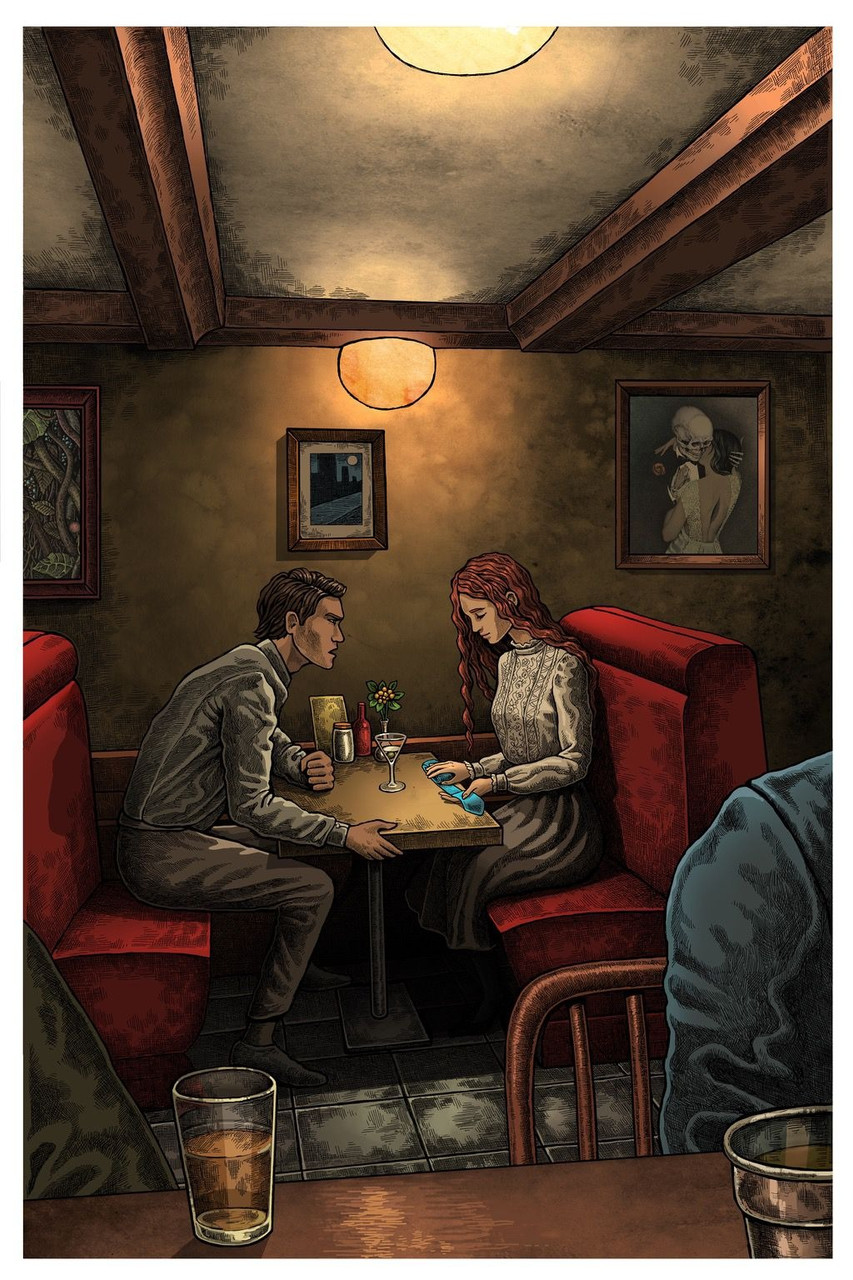 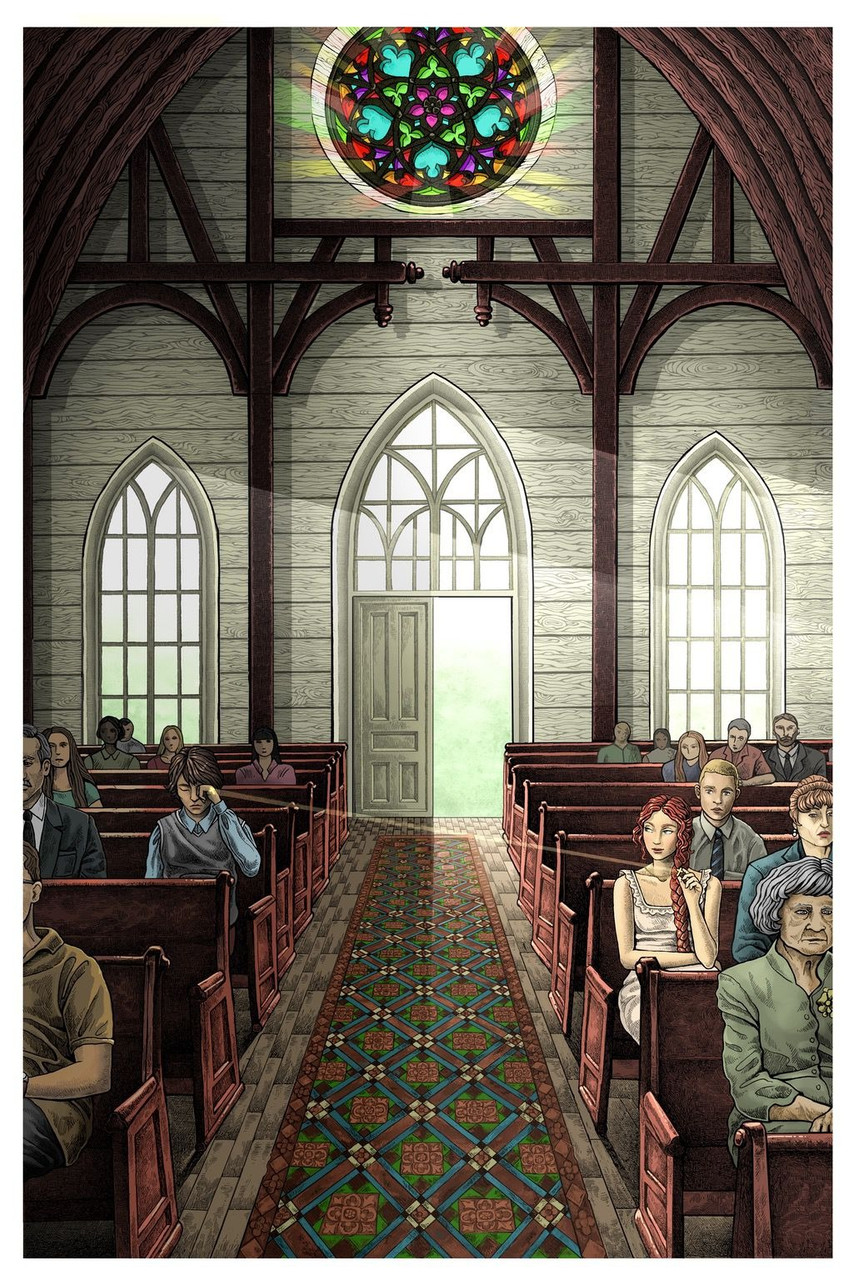 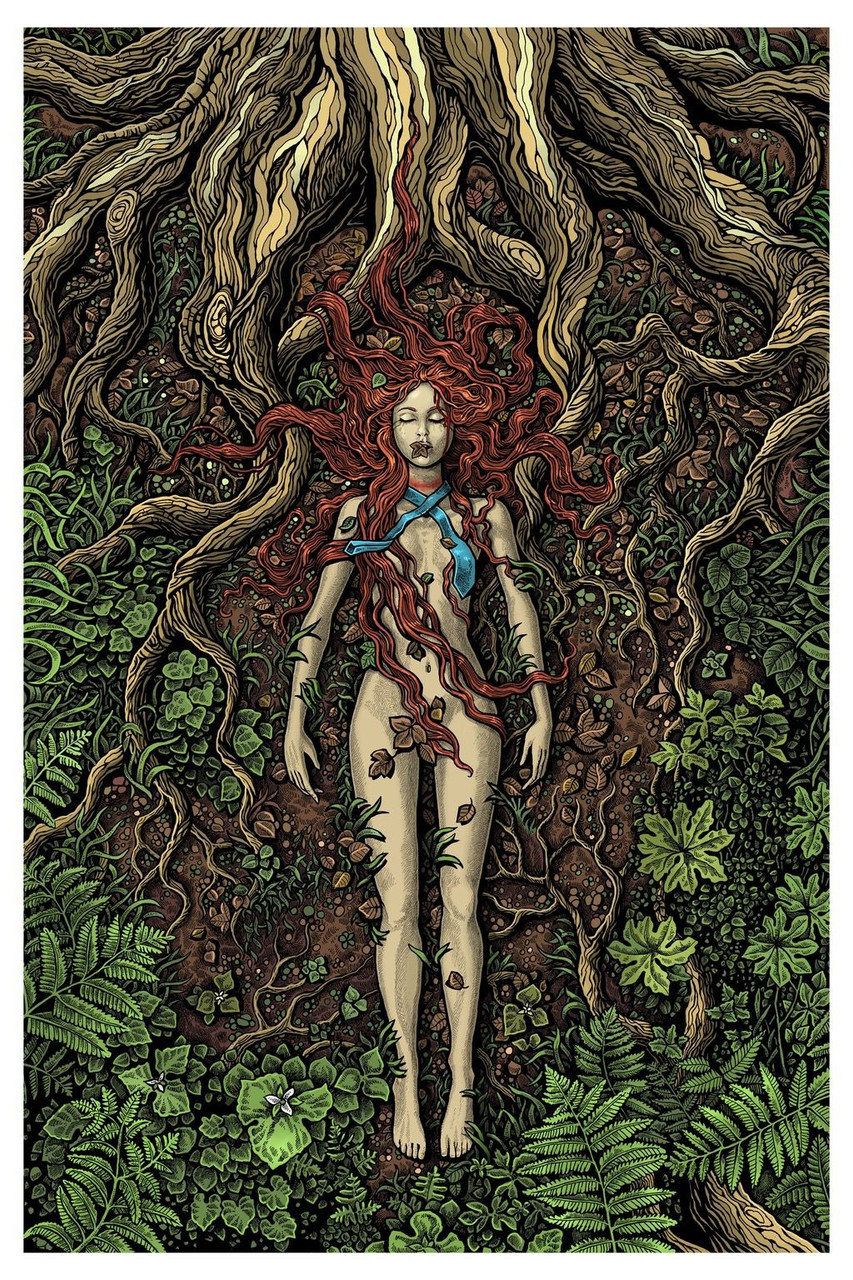 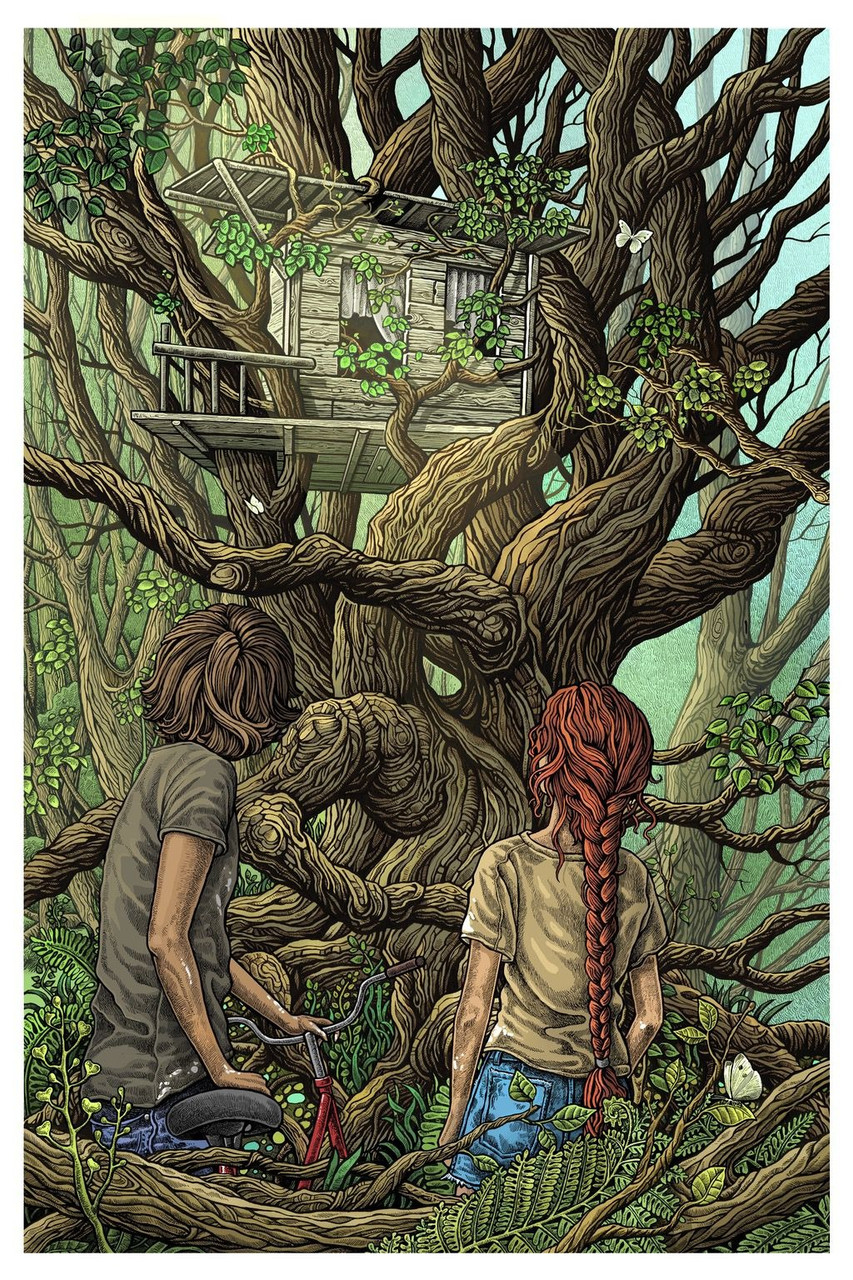 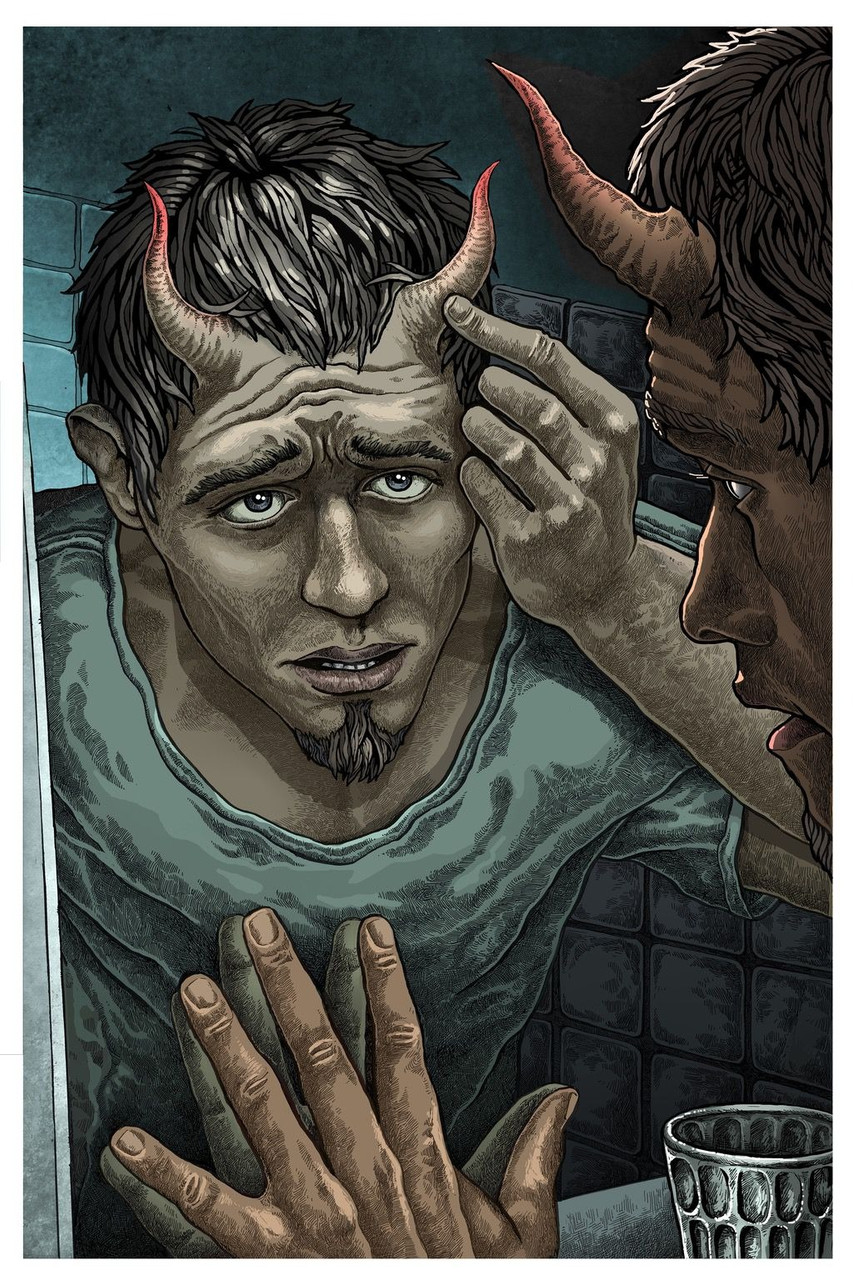 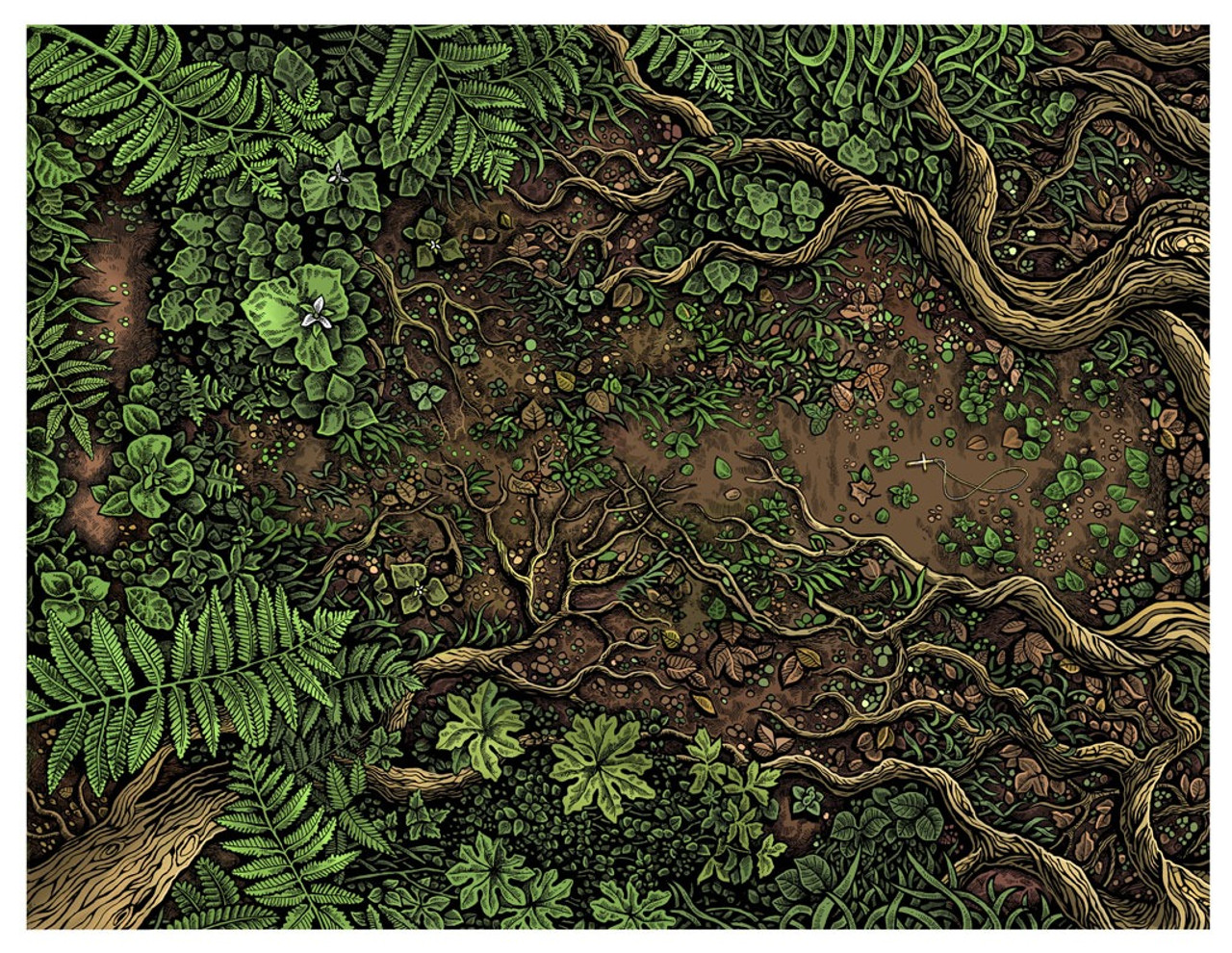 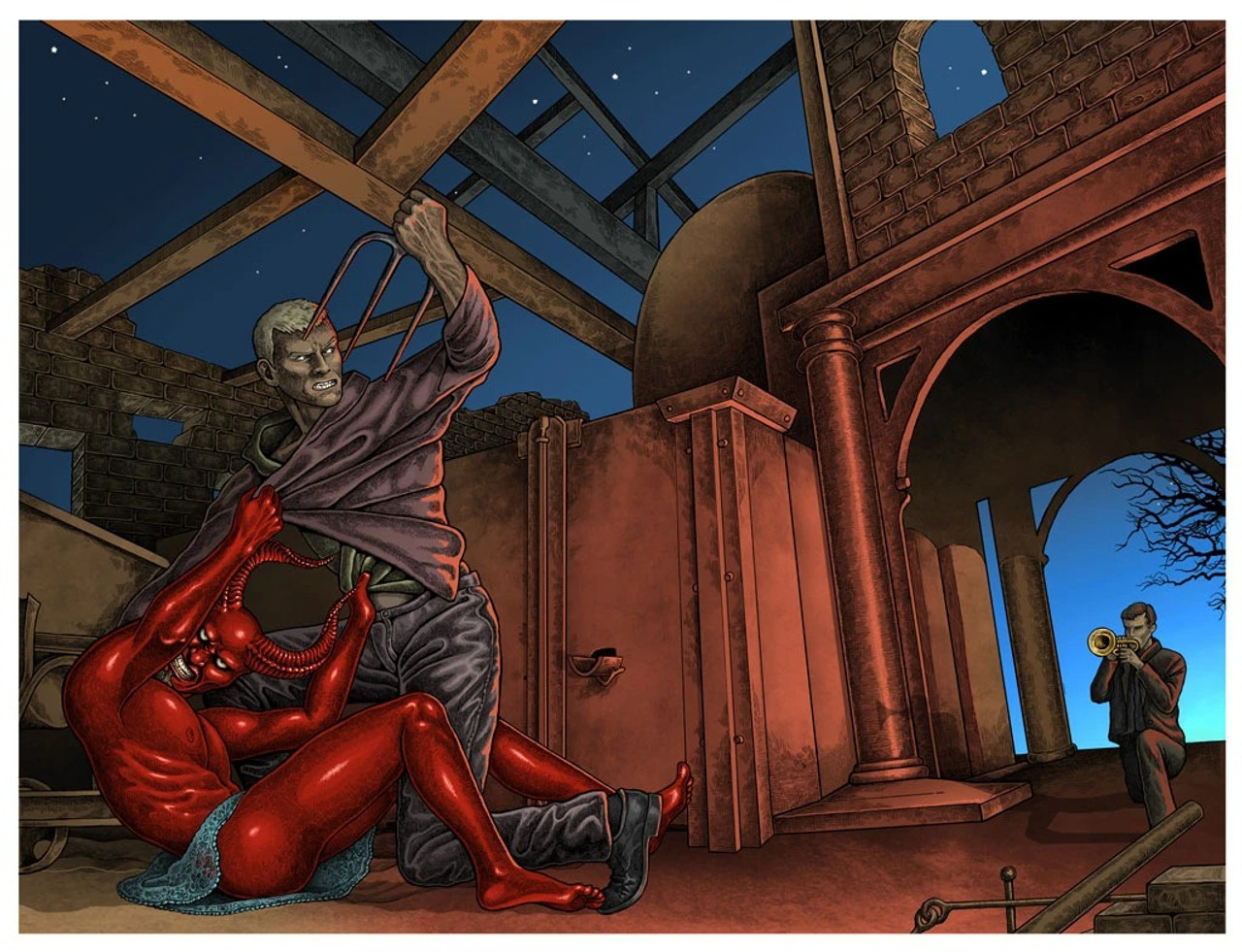 “It was something… the way a person’s life picked up speed, the way a life was like a bullet aimed at one final target, impossible to slow or turn aside, and like the bullet, you were ignorant of what you were going to hit, would never know anything except the rush and the impact.” — Joe Hill, Horns

ABOUT THE ARTWORK PORTFOLIO FROM SUNTUP PRESS

We are delighted to announce the Horns Art Portfolio featuring all of Magdalena Kaczan's stunning artwork from the signed limited edition of Horns by Joe Hill.

A dark fantasy novel originally published in 2010, Horns is the book with which TIME Magazine proclaimed, “Joe Hill has emerged as one of America’s finest horror writers.” Horns follows the story of Ig Parish. After the brutal murder of his girlfriend Merrin Williams, a grief-stricken Ig awakens one morning to find horns growing out of his head. Ig soon discovers the horns hold a mysterious power that forces people to reveal their deepest and darkest secrets to him as he defends his innocence and fights to avenge the death of his one true love.

Horns was nominated for a Bram Stoker Award and hailed by the Los Angeles Times as “a richly nuanced story. Fire and brimstone have rarely looked this good.” In 2013, the novel was adapted into a film starring Daniel Radcliffe, which made its debut at The Toronto International Film Festival before receiving a theatrical release on October 31, 2014.

“Artist Magdalena Kaczan’s artwork just about glows on the page. There’s something about her style — dreamy, vulnerable, rippling with texture…” — Joe Hill 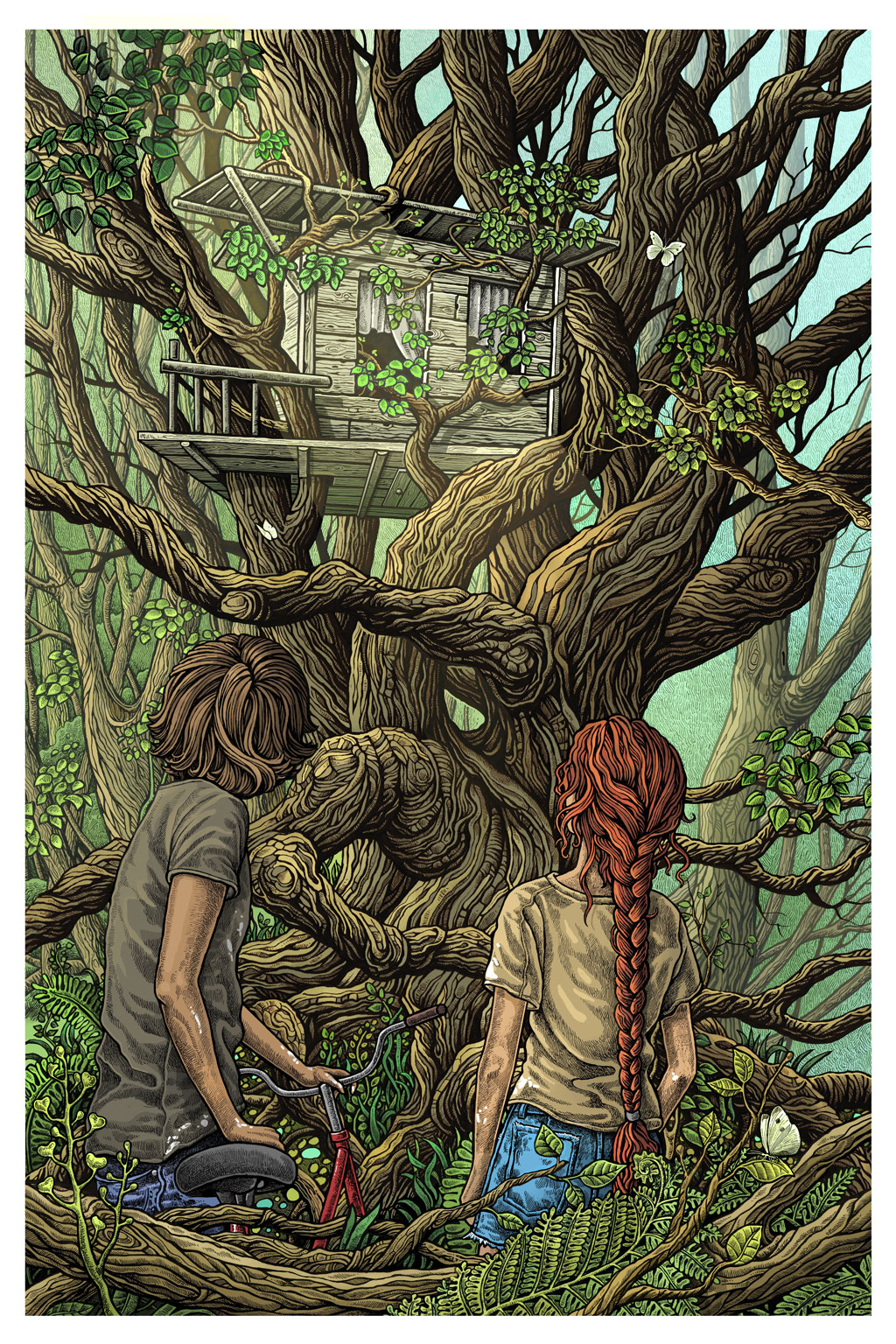 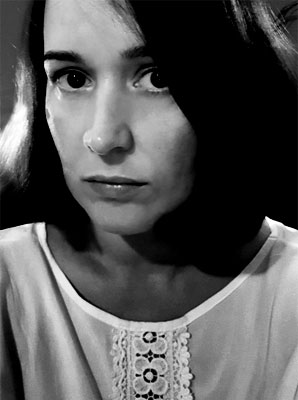 Magdalena Kaczan is an emerging artist from Krakow, Poland. She studied art at Maria Curie-Skłodowska University and Jan Matejko Academy of Fine Arts. Although Lena is not currently working full-time in her chosen profession, she spends a good deal of time living creatively by taking on commissions, such as the cover she created for Summerlong by Peter S. Beagle, and making fan art for friends. Lena draws in ink, pens and fineliners, and then processes the drawings digitally.

There is a clear distinction between a book that is mass produced, and one that is a finely crafted book. Our Limited and Lettered editions are hand-bound, one at time, and we go to great expense to utilize only the finest materials available. Most of our editions are printed letterpress, which is the printing method perfected by Gutenberg, who used it to produce the first book printed from moveable type in the West, the now-famous Gutenberg Bible.

The mission of our press is to publish finely crafted limited editions, by collaborating with some of today’s leading writers, artists, designers, printers and bookmakers to create an edition that is itself, an art object. By incorporating elements of the story into the design and production of the books, and enclosures, our editions offer a unique reading experience. 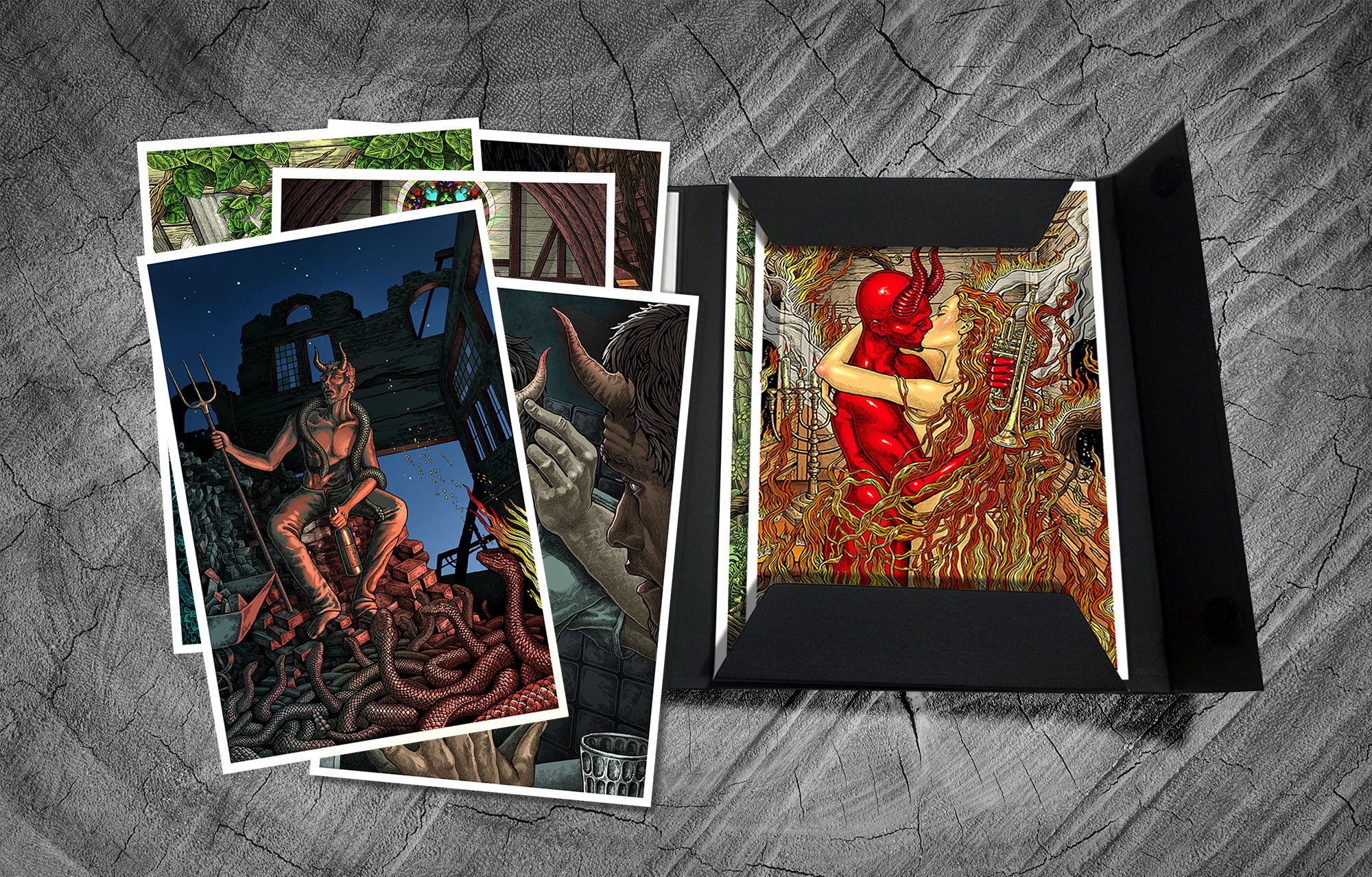 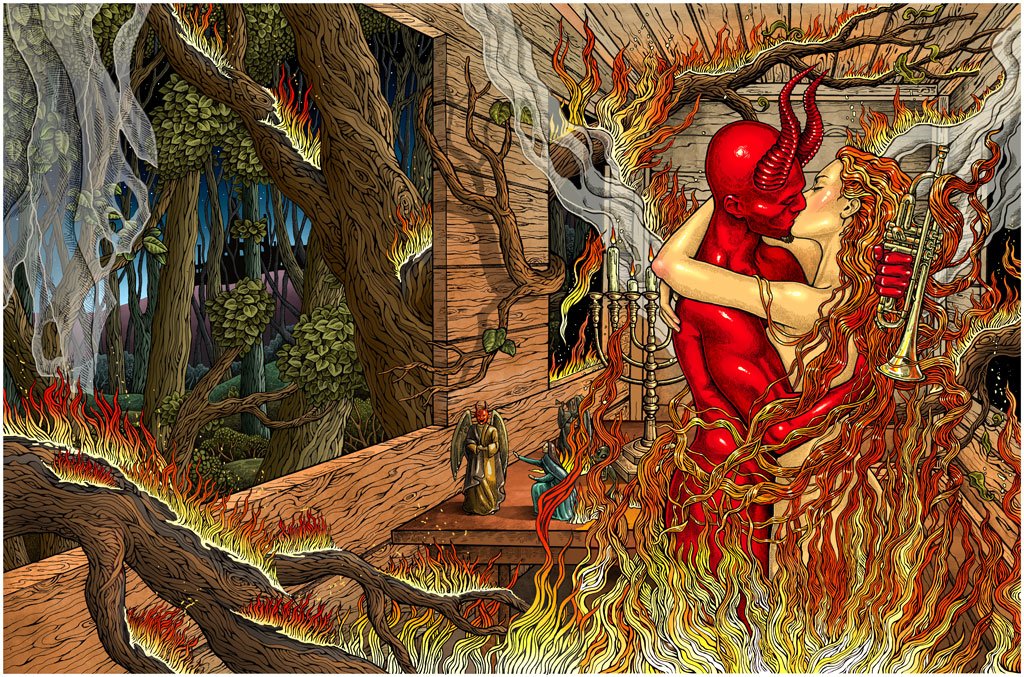 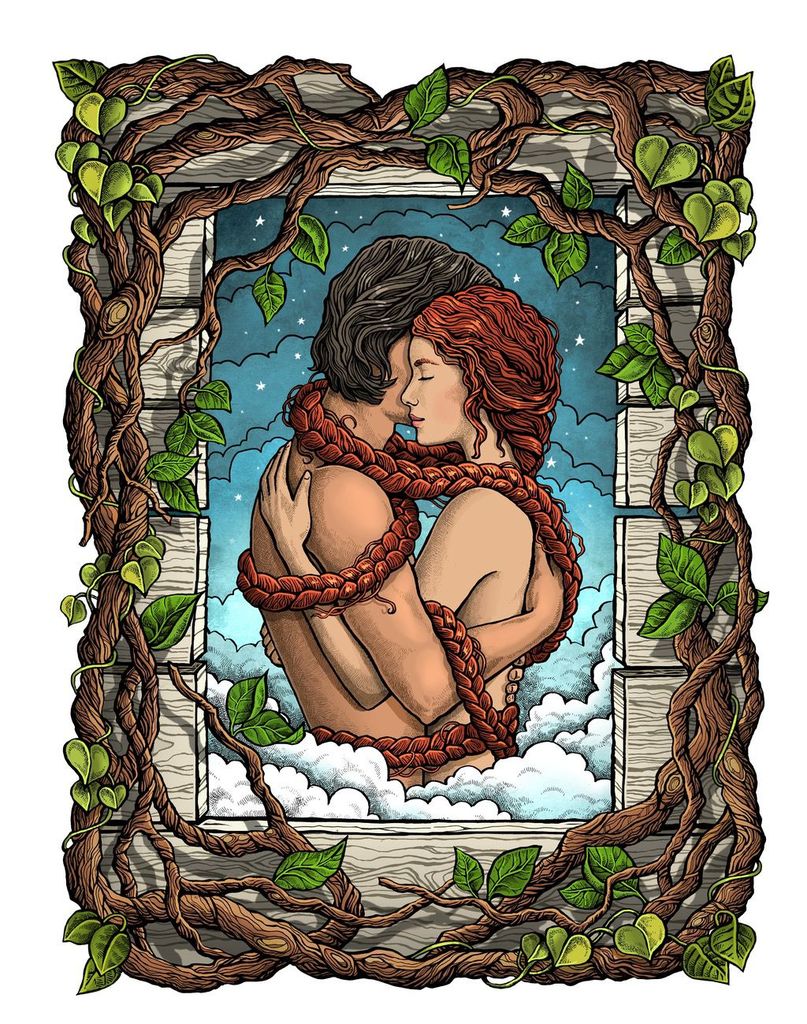 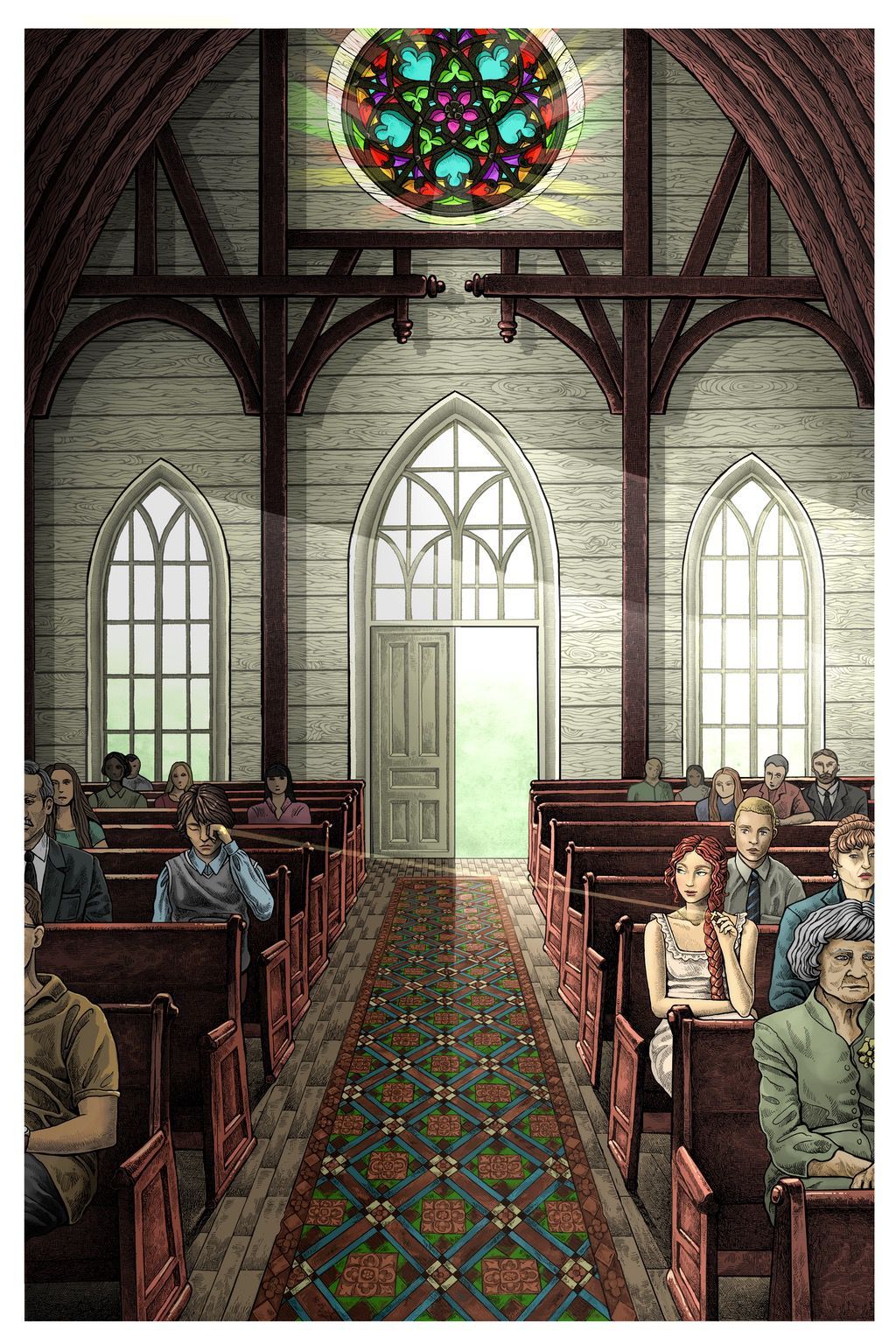 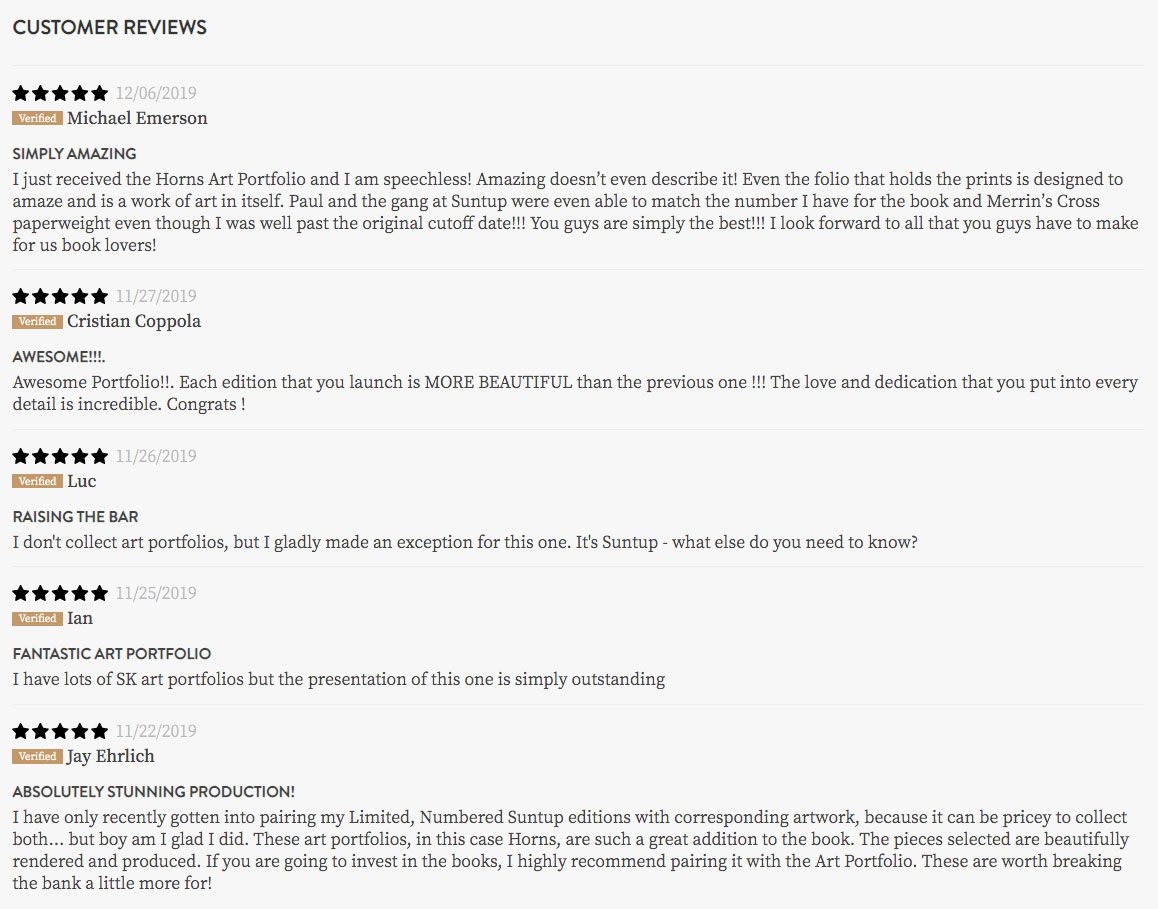 VERY FINE GUARANTEED. Very Fine without any flaws. As New. A wonderful bring clean copy without any other marks, writings , or stamps. Clean & straight boards. Includes the original packaging from Suntup Editions.