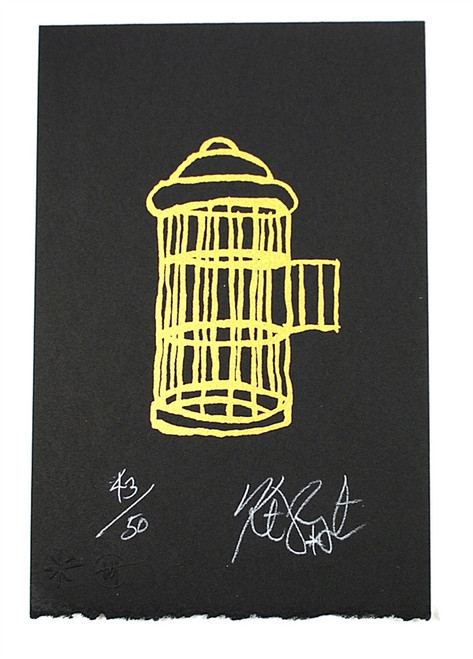 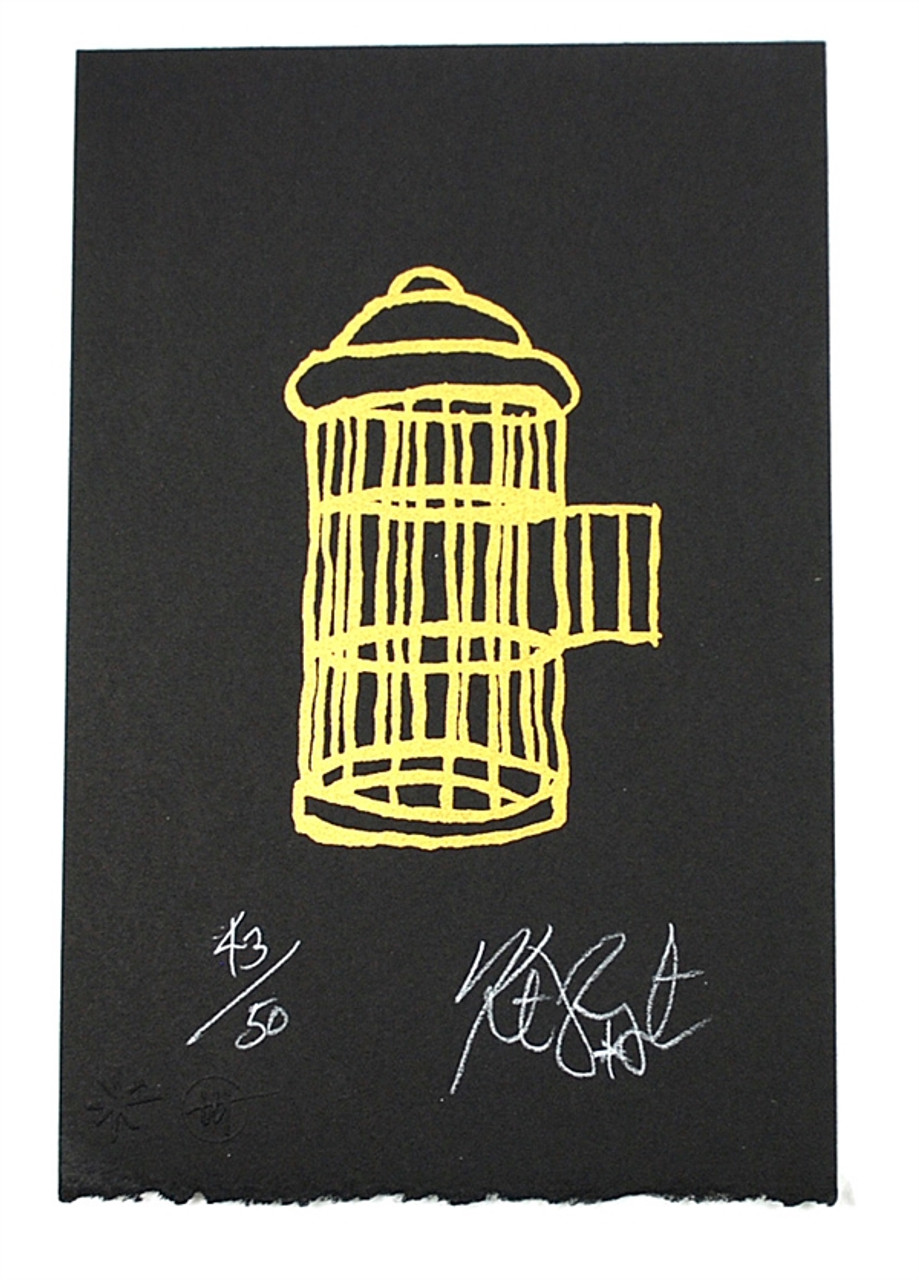 
KURT VONNEGUT (b. 1922). American novelist and graphic artist whose experience as an air force POW during the firebombing of Dresden, Germany, is recounted in his popular novel Slaughterhouse-Five (1969).

A wonderful Signed Limited Edition silkscreen serigraph entitled Freedom inspired by his book Breakfast of Champions (1973). An authentic hand signed print, with the presence of the two Vonnegut verification stamps on the lower left corner.

This rare artwork has been personally hand signed by the late Kurt Vonnegut in light pencil, Signed limited edition No. 43/50. Gold colored cage over matte black background. One of four in his series of serigraphs called "Gilded Cage", this hand-printed silkscreen print of an open birdcage, approx. 6"x9", is double pulled in black with gold overprint on White Rising Stonehenge deckle edge cotton paper.


The birdcage represents the home of the parakeet named Bill belonging to Vonnegut's character Trout, who offers Bill three wishes and the chance for freedom. The wise bird however chooses to return to his cage. Trout believes this to be the smartest choice of all because then Bill will always have something left to wish for. A great collectible from the series that first brought Vonnegut to attention as a graphic artist. Investment potential.

1922 - 2007. Kurt Vonnegut was one of the most influential writers of his generation. Known for his dark humor, pessimism and sharp edge, he was the author of 14 novels - notably Cat's Cradle, Slaughterhouse-Five and Breakfast of Champions - and other works of fiction and nonfiction.

Very Fine Guaranteed. The condition is of the highest quality without any flaws.