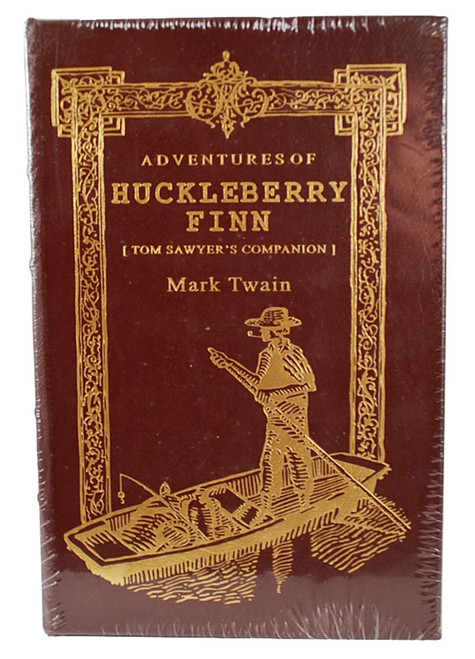 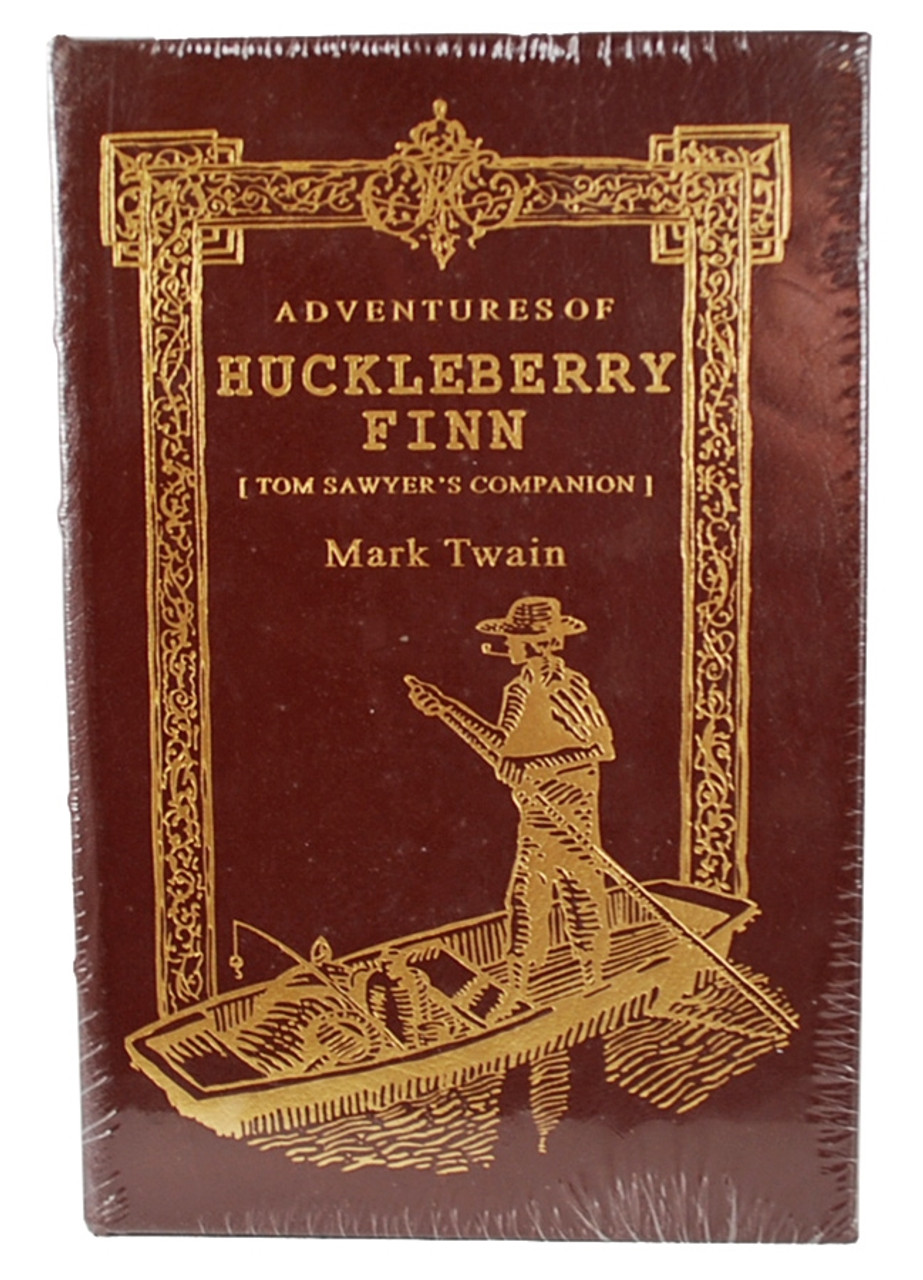 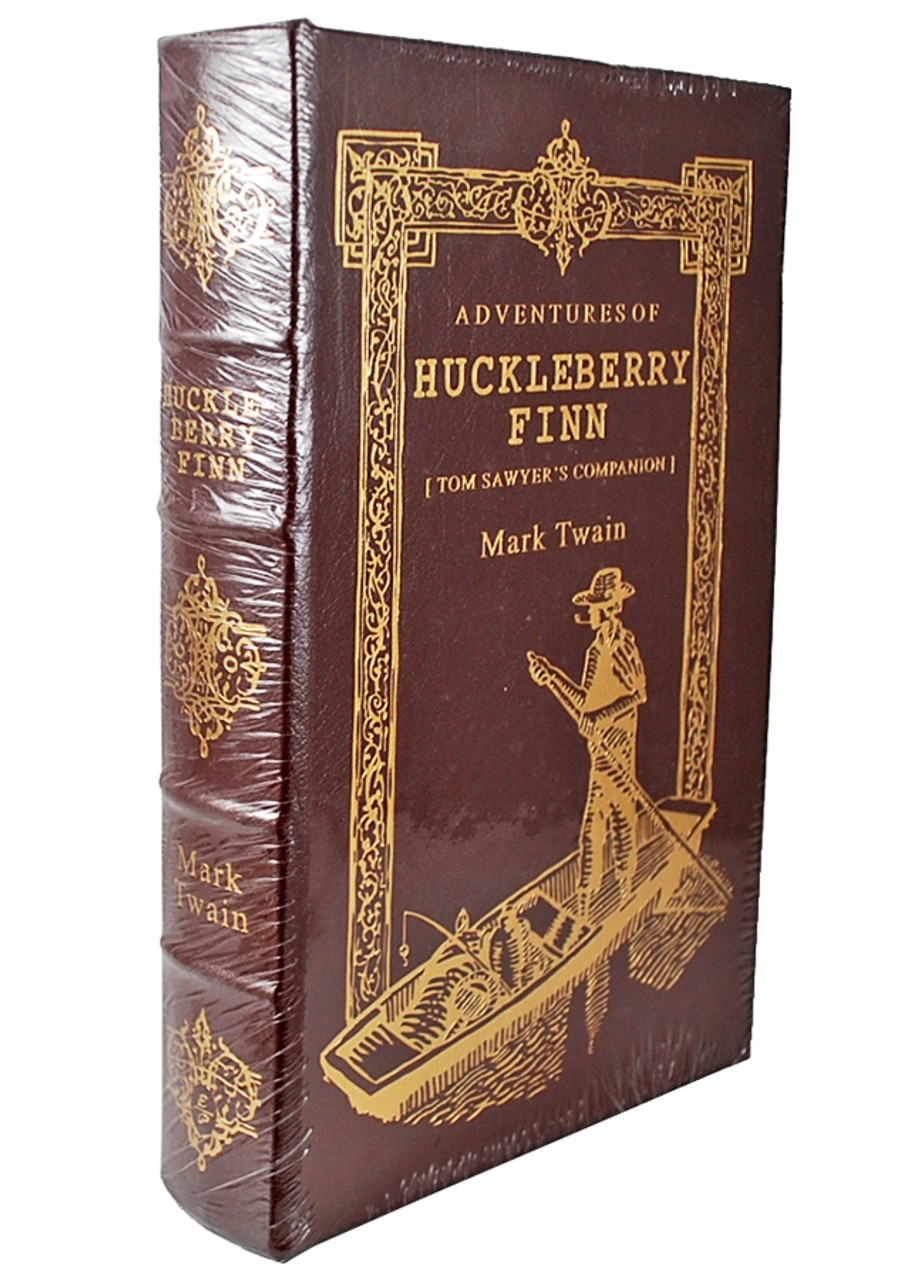 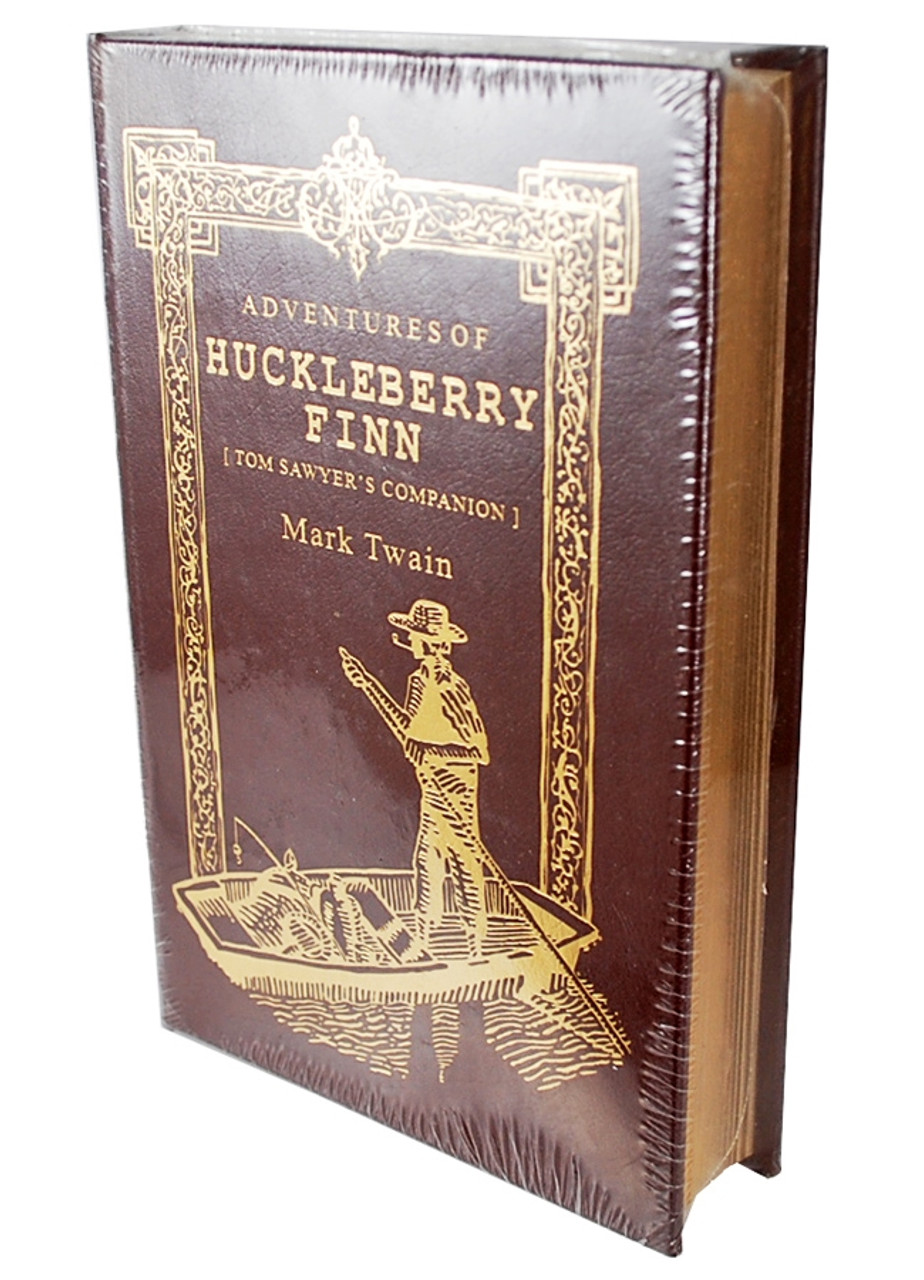 Easton Press, Norwalk CT. Mark Twain "Huckleberry Finn" A luxurious leather bound Collector's Edition. Limited Edition. A great unique gift for yourself or for someone else. Part of the 100 Greatest Books Ever Written collection. Beautifully illustrated and bound in full genuine leather. One of the most celebrated works of literature by a historical writer.

A true classic for your home library or office. Includes unattached Ex-Libris bookplate for your own personalization.

Adventures of Huckleberry Finn (often shortened to Huck Finn) is a novel written by Mark Twain and published in 1884. It is commonly regarded as one of the Great American Novels, and is one of the first major American novels written in the vernacular, characterized by local color regionalism. It is told in the first person by Huckleberry "Huck" Finn, best friend of Tom Sawyer and narrator of two other Twain novels. The book is noted for its colorful description of people and places along the Mississippi River. By satirizing a Southern antebellum society that was already anachronistic at the time, the book is an often scathing look at entrenched attitudes, particularly racism.

The drifting journey of Huck and his friend Jim, a runaway slave, down the Mississippi River on their raft may be one of the most enduring images of escape and freedom in all of American literature. The book has been popular with young readers since its publication and is taken as a sequel to The Adventures of Tom Sawyer. It has also been the continued object of study by serious literary critics. The book was criticized upon release because of its coarse language, and became even more controversial in the 20th century because of its perceived use of racial stereotypes.

Samuel Langhorne Clemens (November 30, 1835 - April 21, 1910), better known by the pen name Mark Twain, was an American author and humorist. Twain is most noted for his novels Adventures of Huckleberry Finn, which has since been called the Great American Novel, and The Adventures of Tom Sawyer. He is extensively quoted. During his lifetime, Twain became a friend to presidents, artists, industrialists, and European royalty. Twain enjoyed immense public popularity. His keen wit and incisive satire earned him praise from both critics and peers. William Faulkner called Twain "the father of American literature".

SEALED. A wonderful bright clean copy free of any markings, writings, or stamps. Sharp corners that have not been bumped. Tight binding. Most likely an unread book. No bookplates attached or indication of any removed. The gilded page edges are free of any marks, scratches, or blemishes.

A Luxurious Leather Bound Masterpiece Limited Edition - Collector's Edition. A great unique gift for yourself or for a loved one. Part of prestigious The Collector's Library of Famous Editions...

A Luxurious Leather Bound Masterpiece Limited Edition - Collector's Edition. A great unique gift for yourself or for a loved one. Part of prestigious The Collector's Library of Famous Editions...