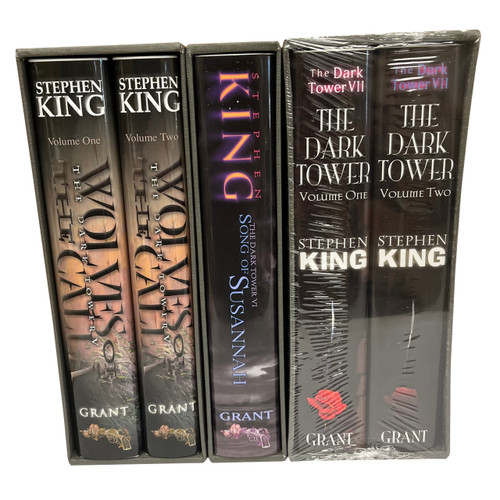 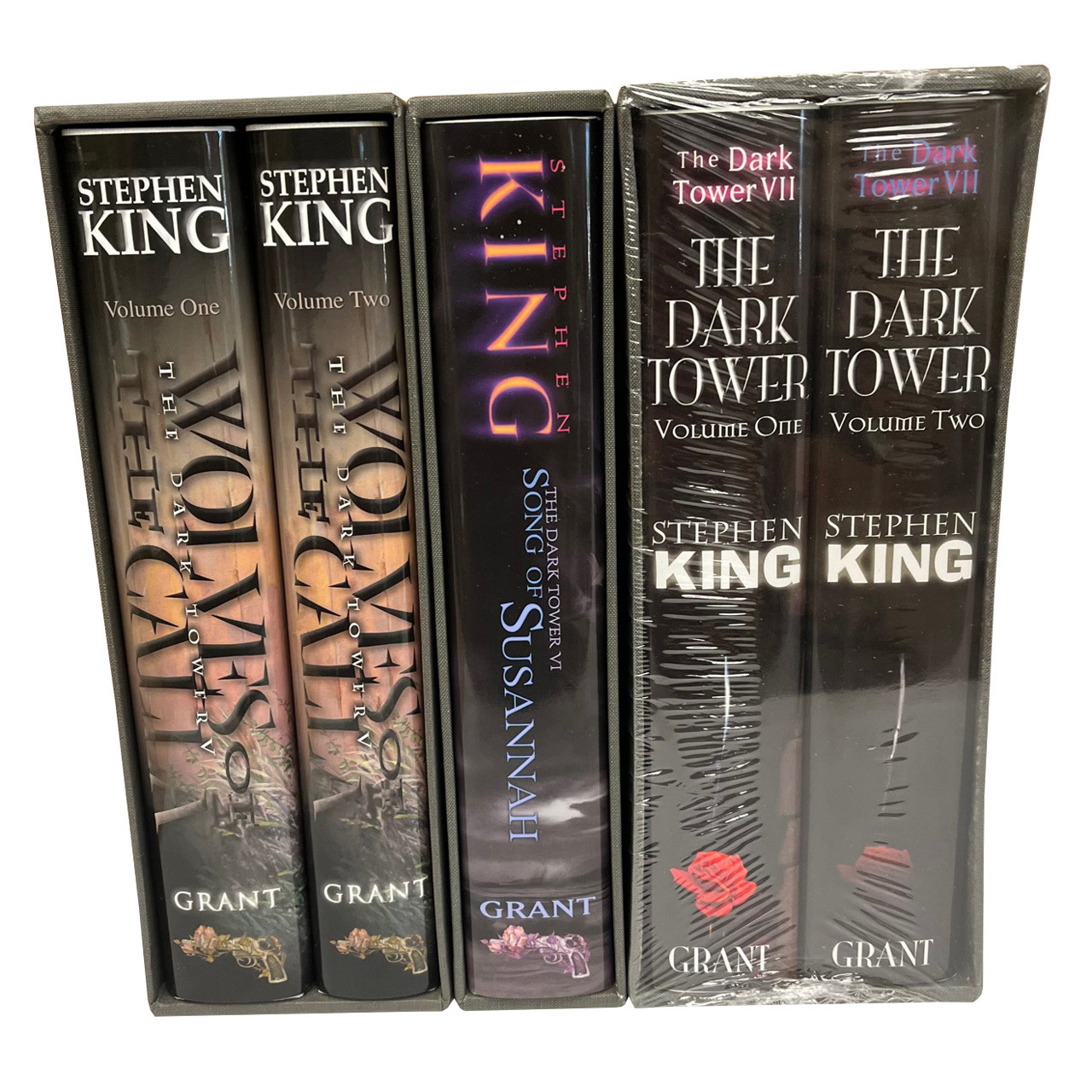 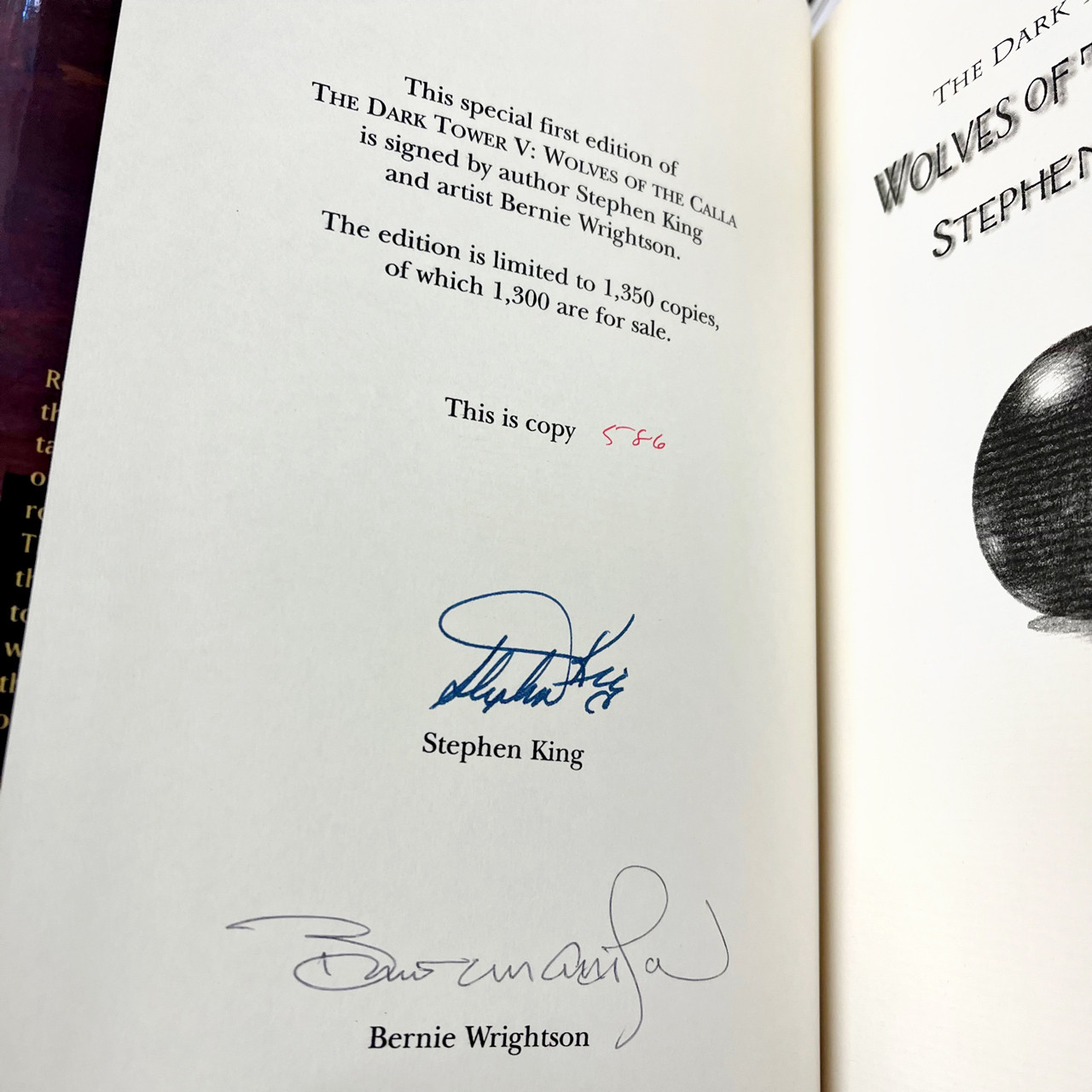 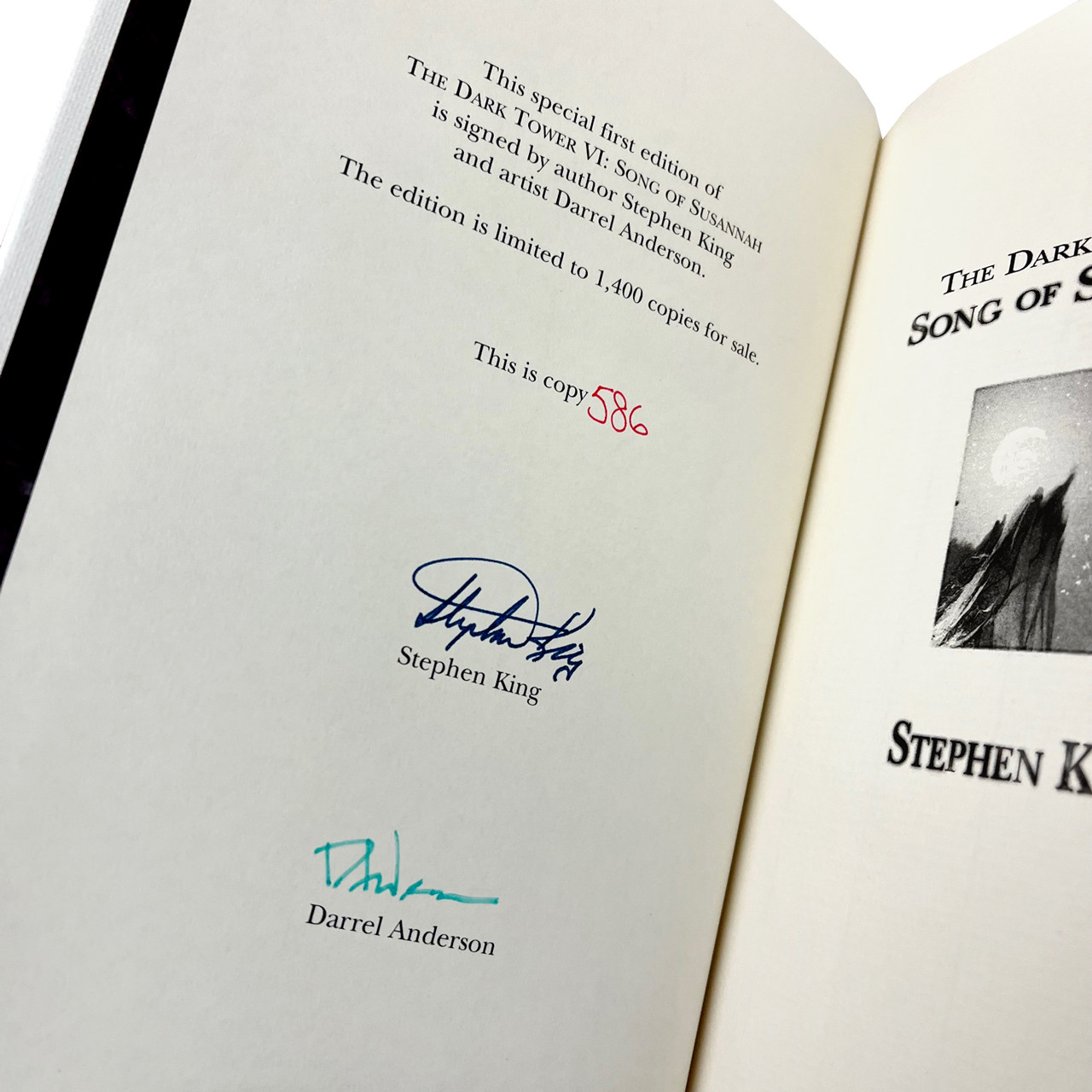 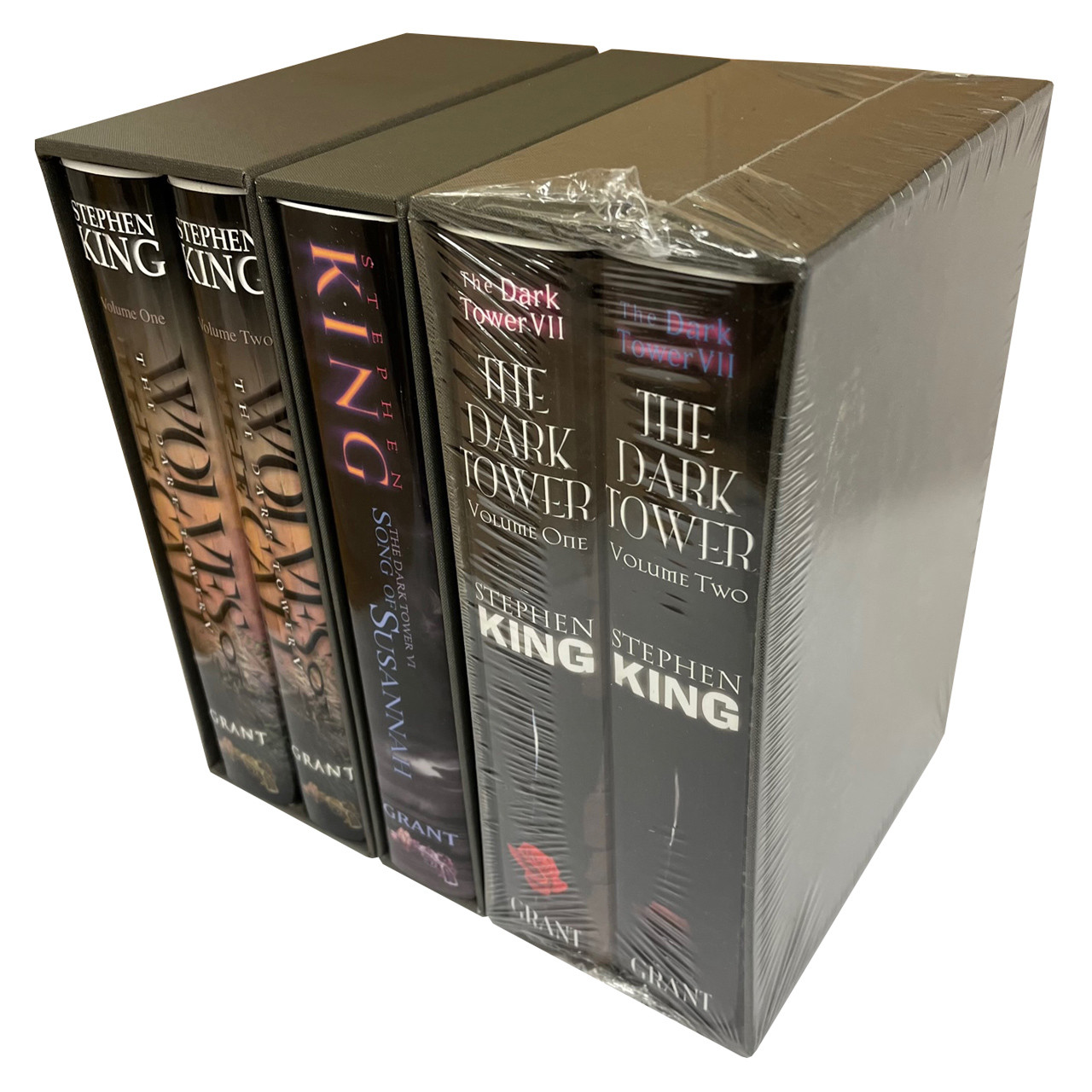 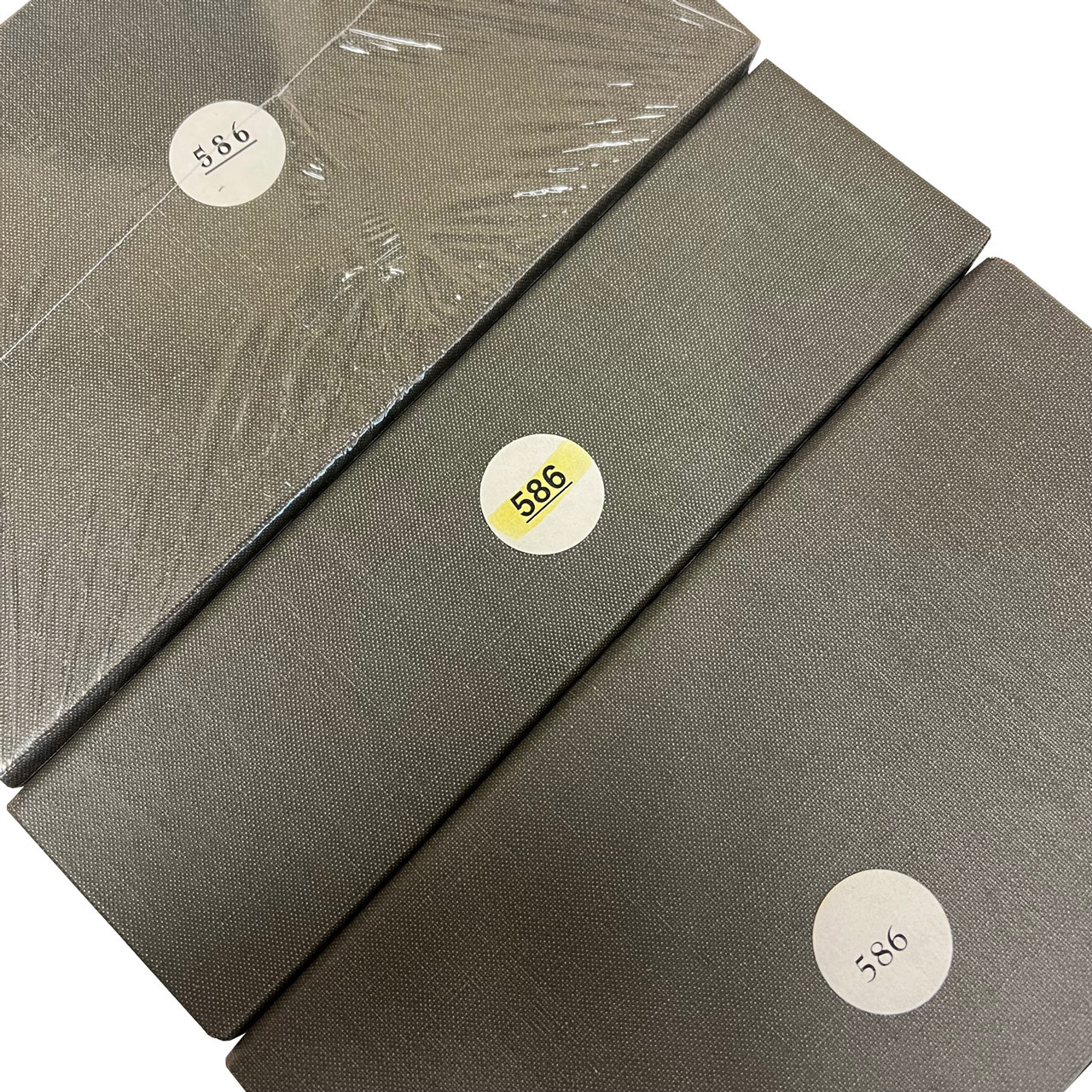 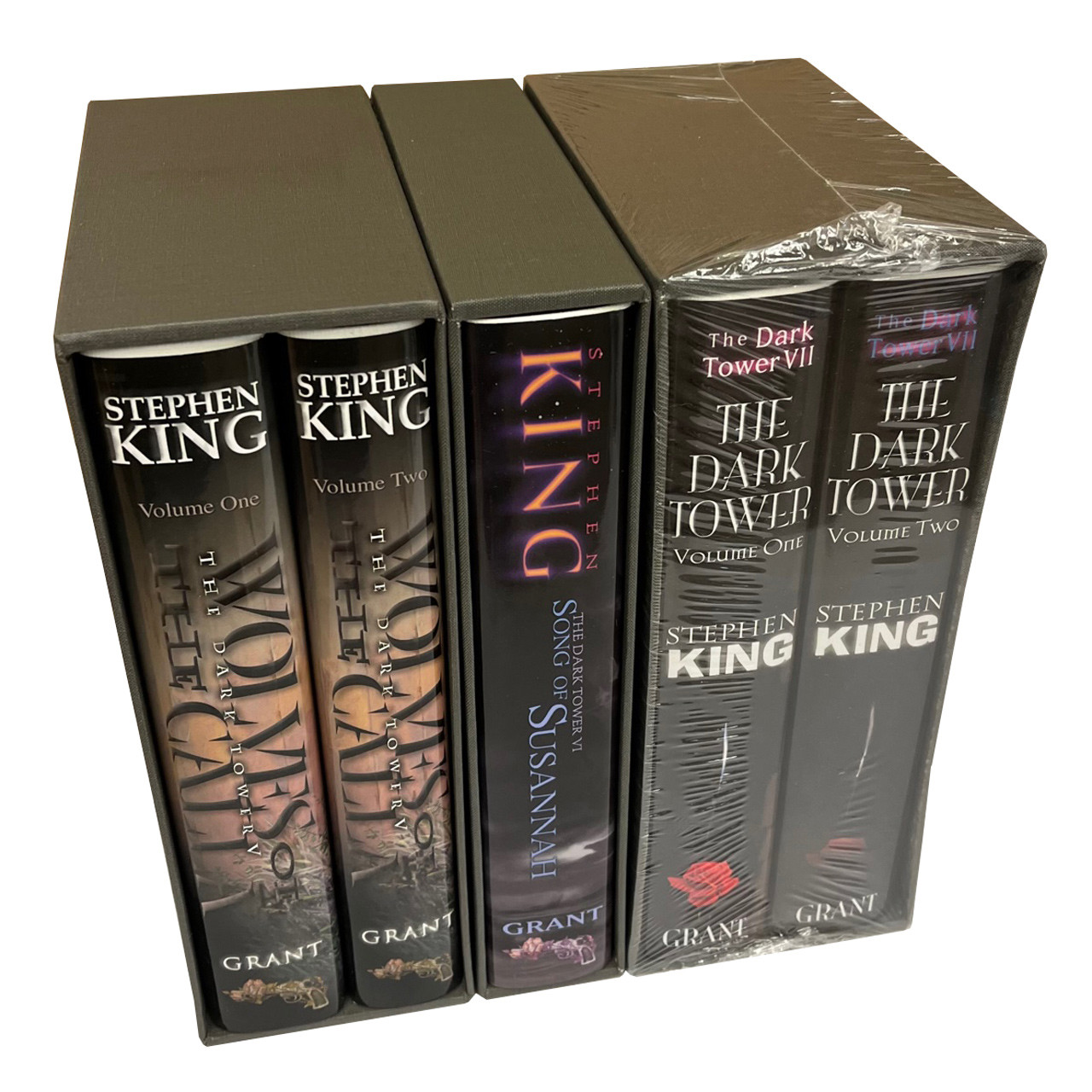 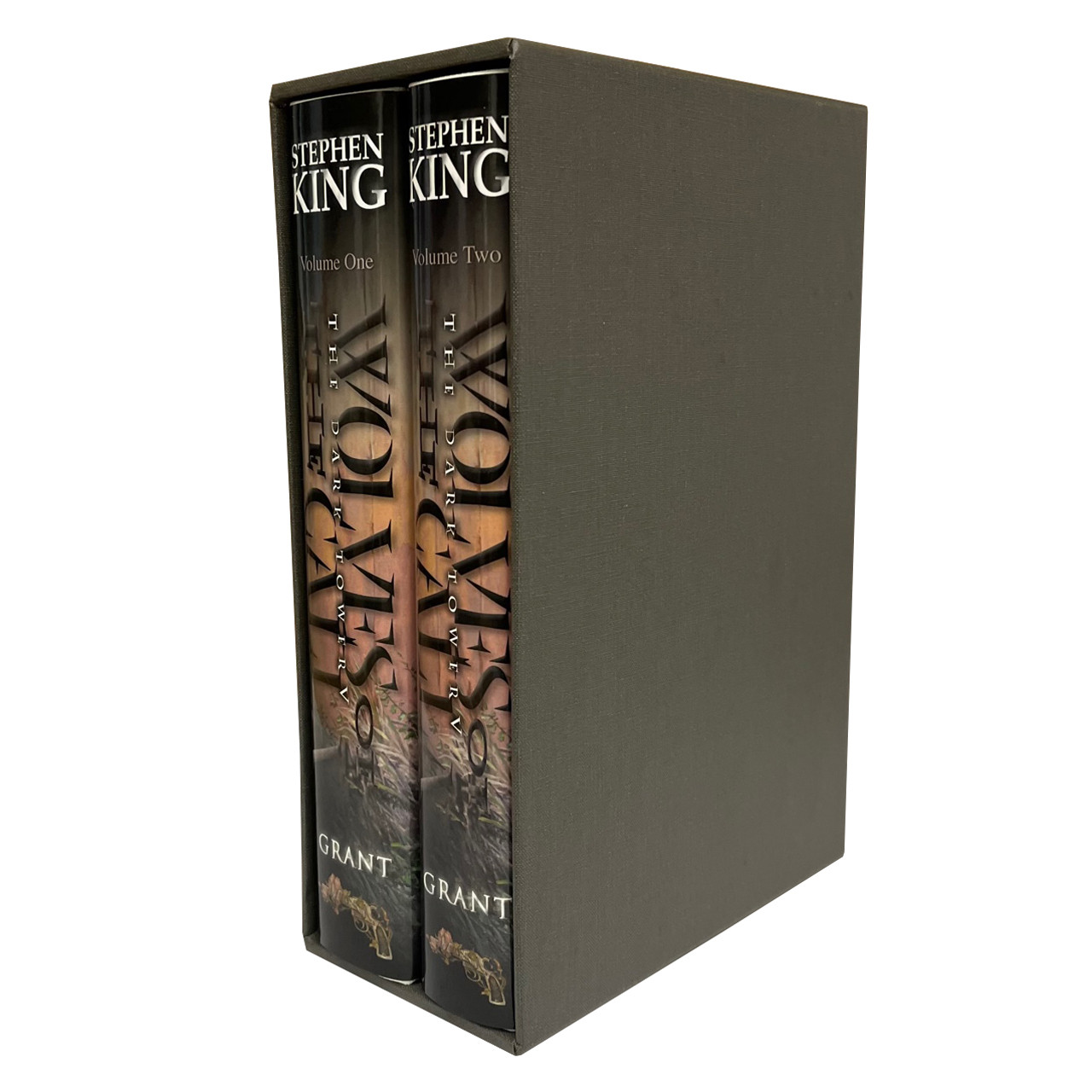 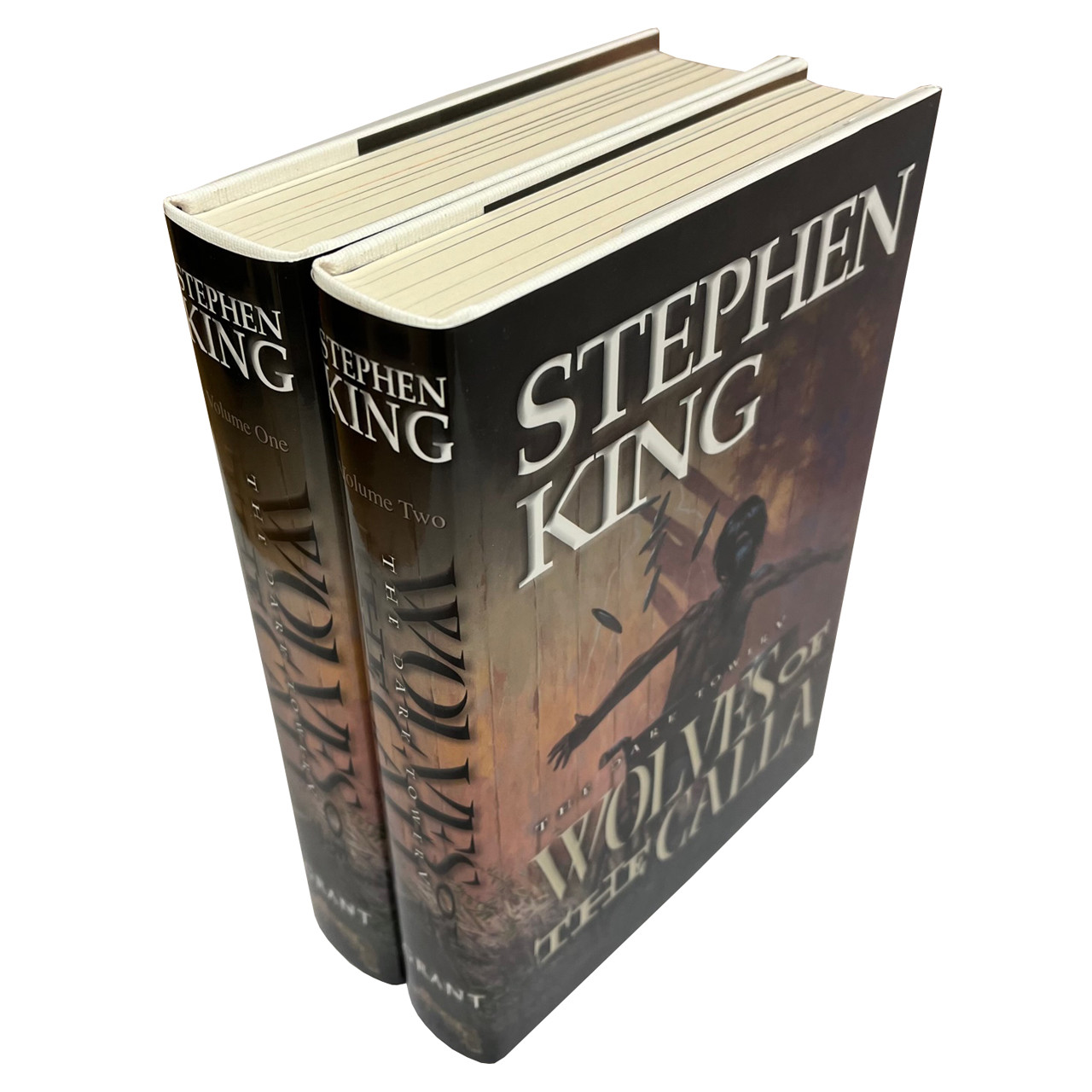 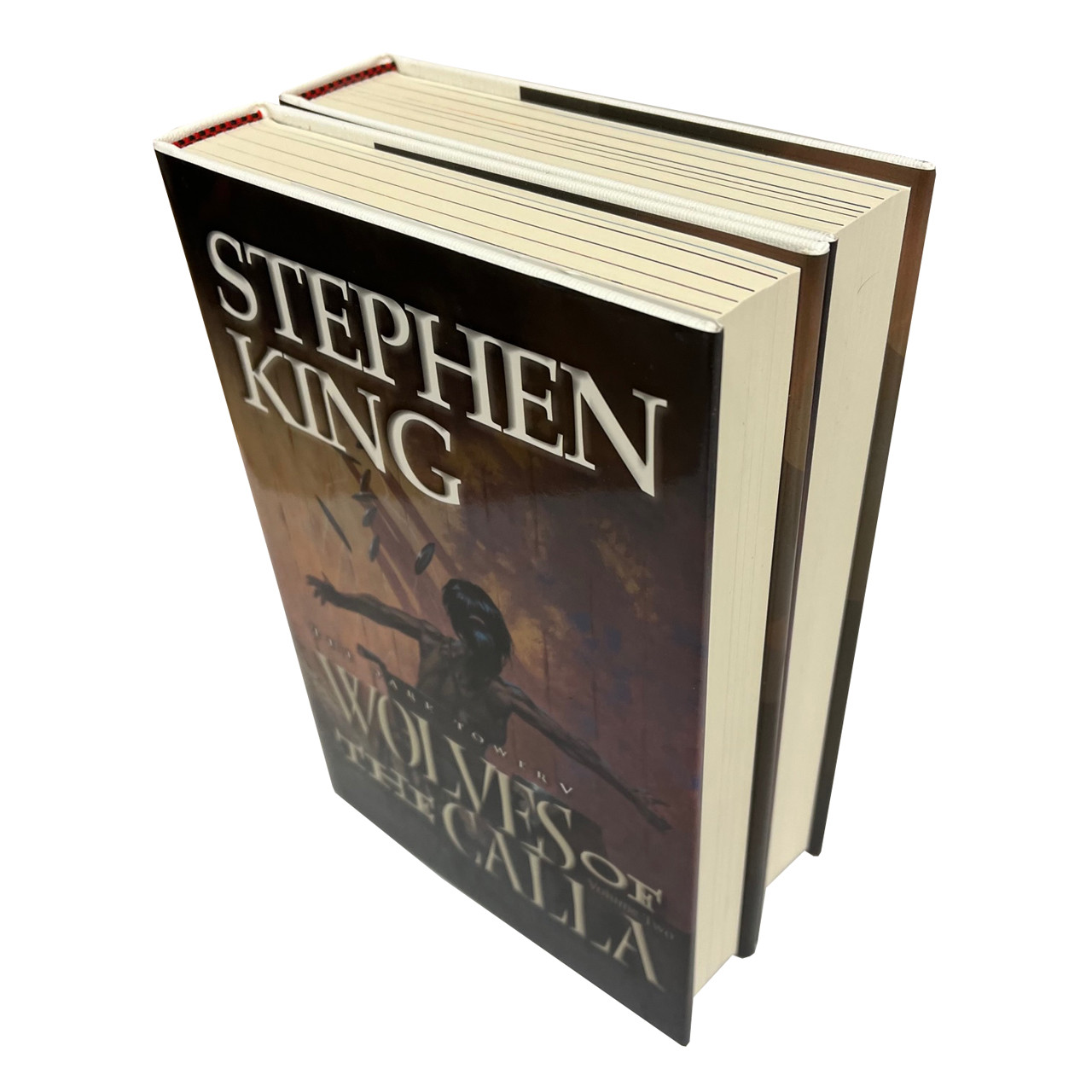 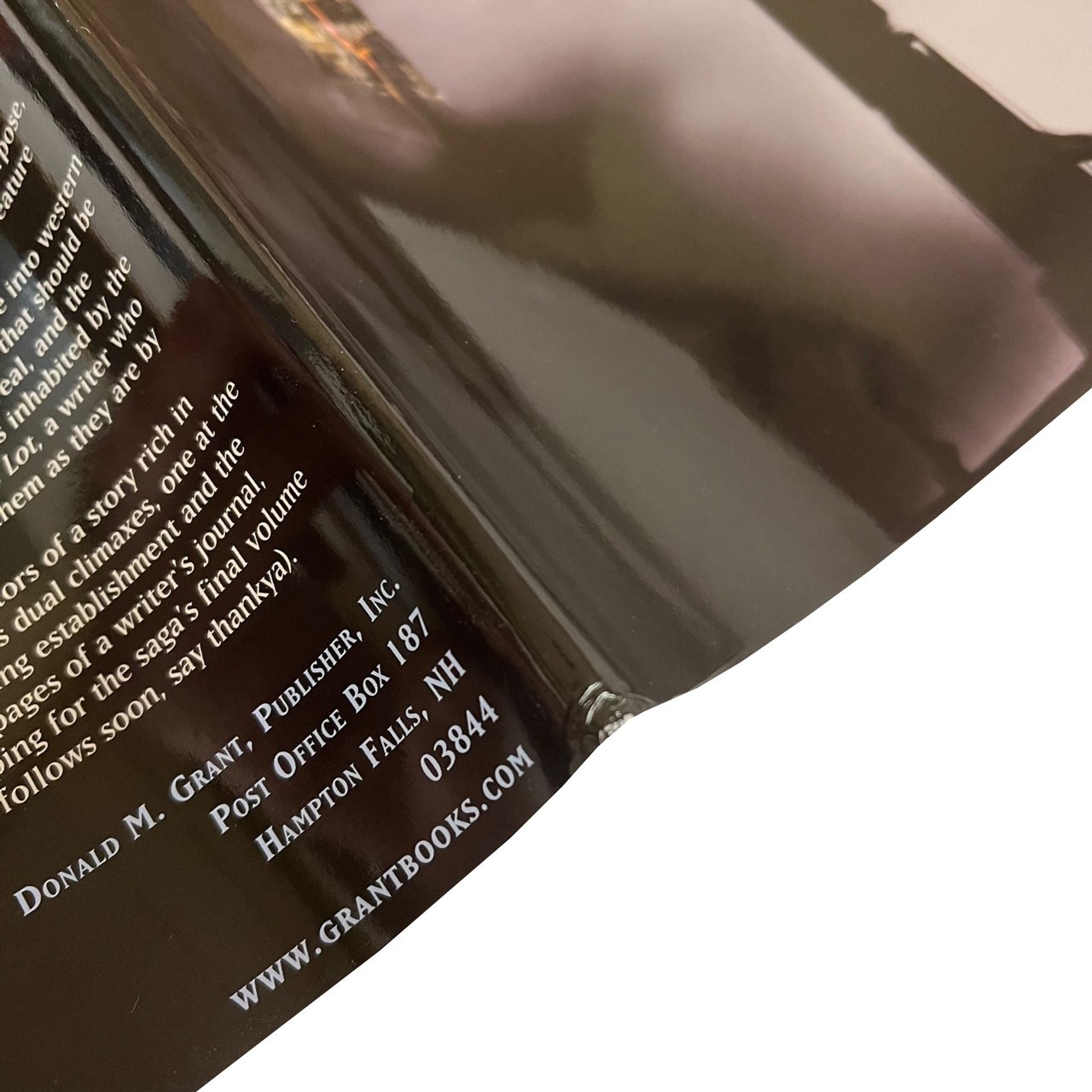 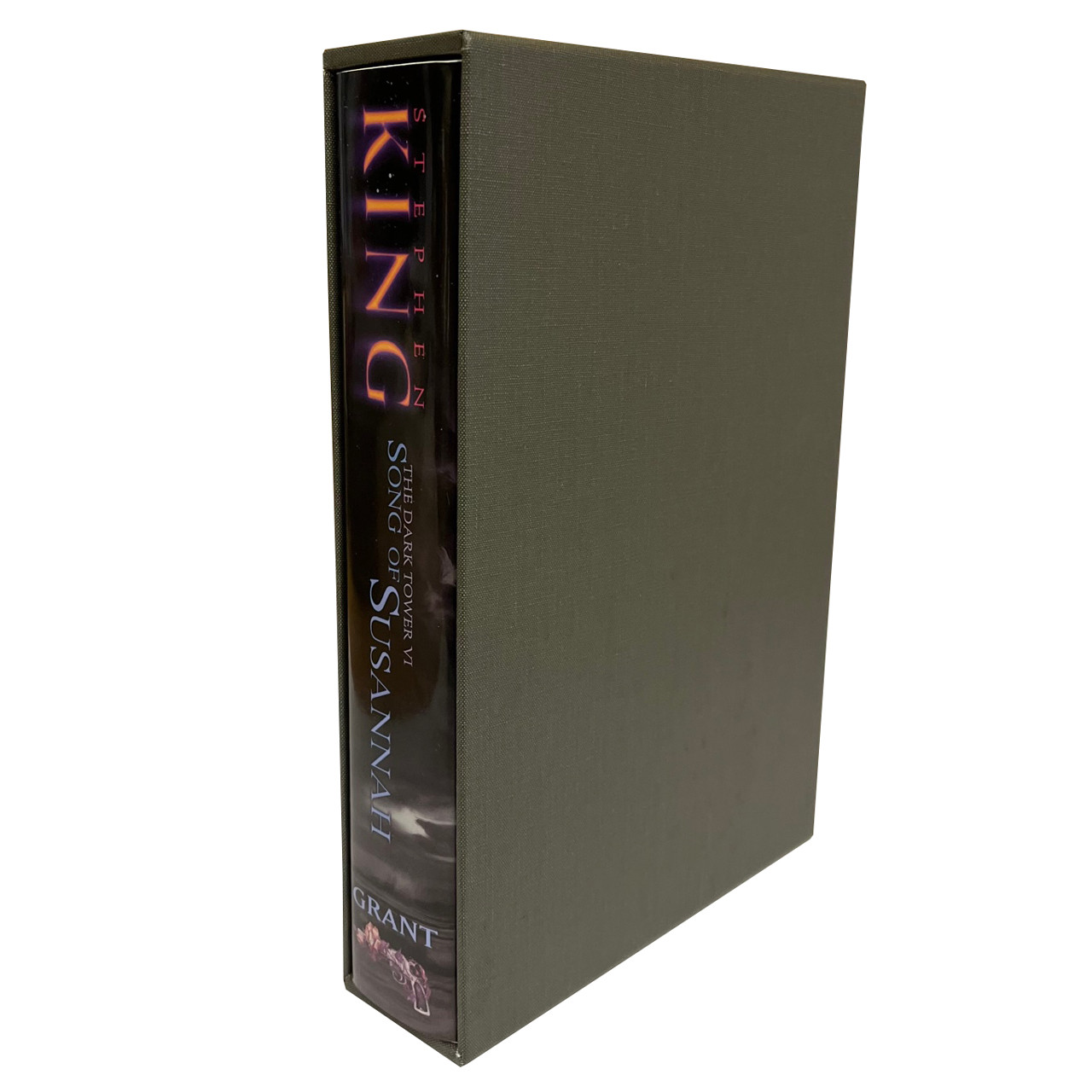 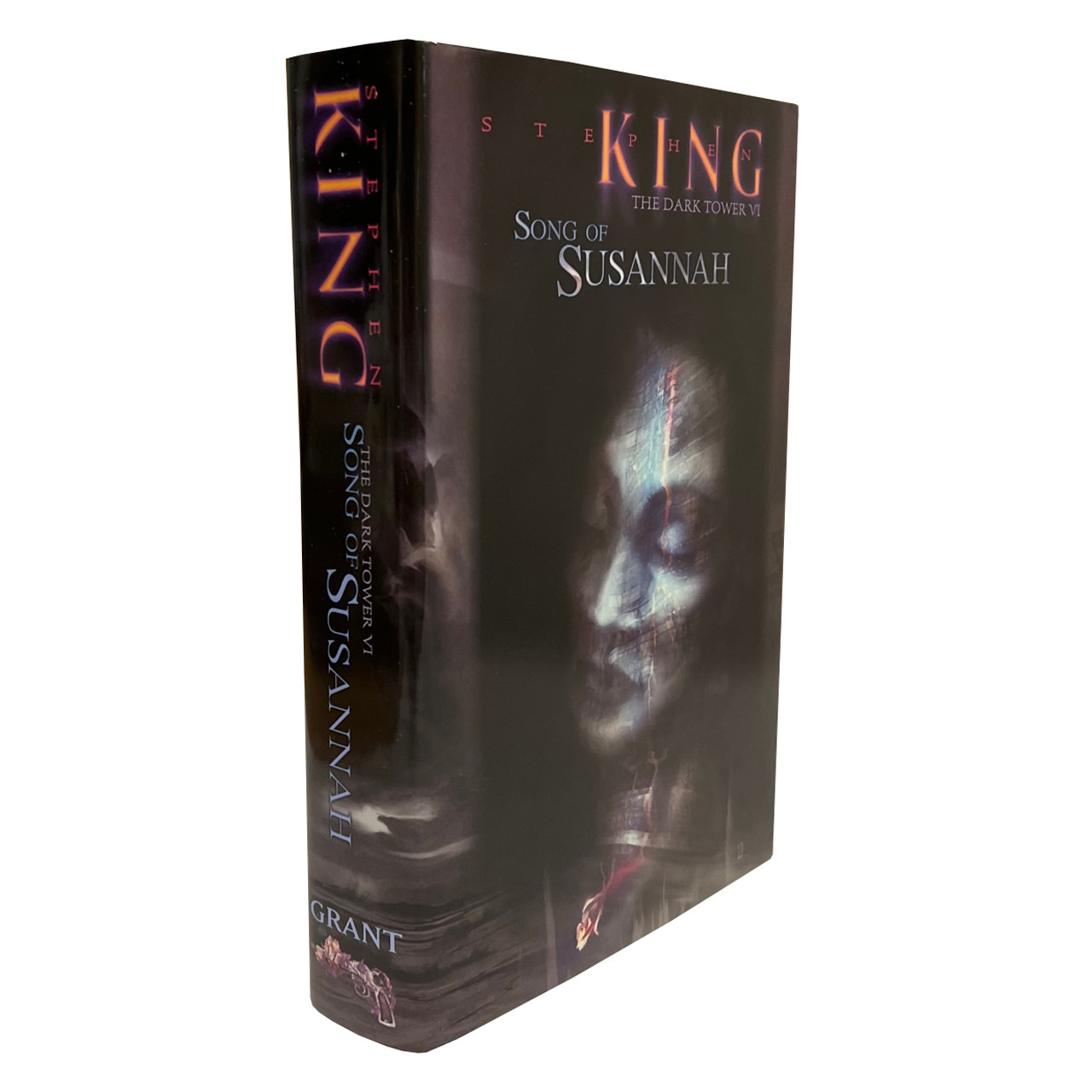 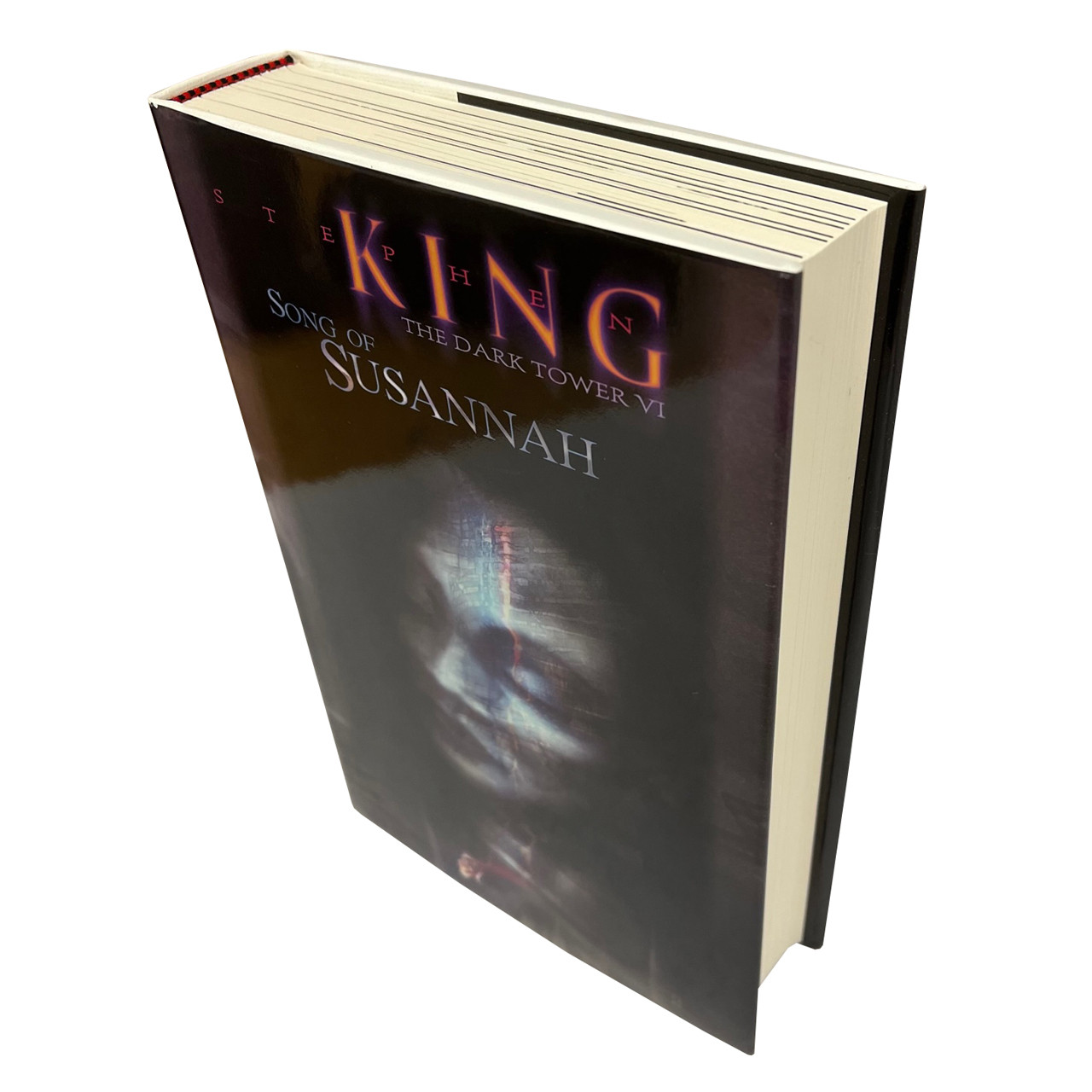 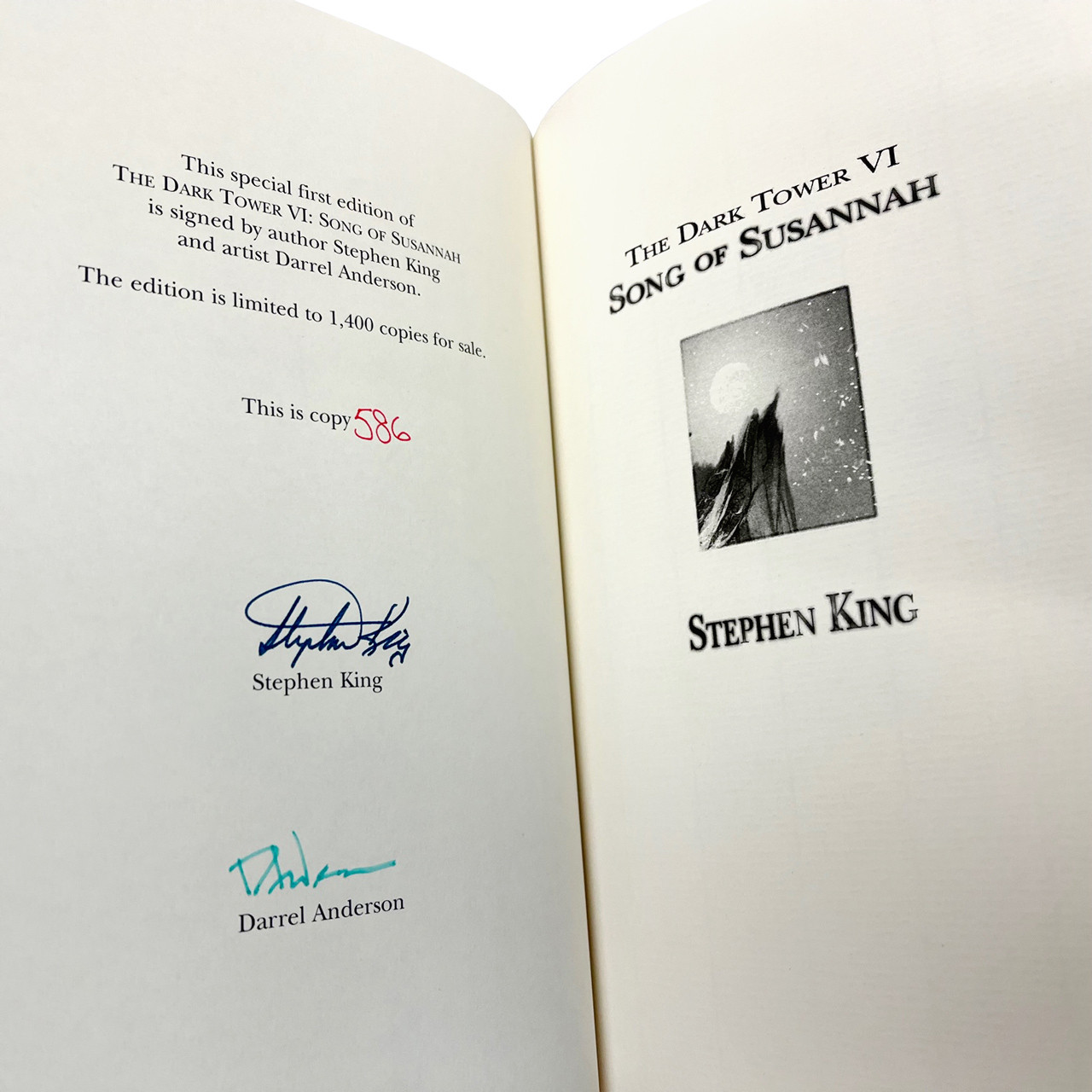 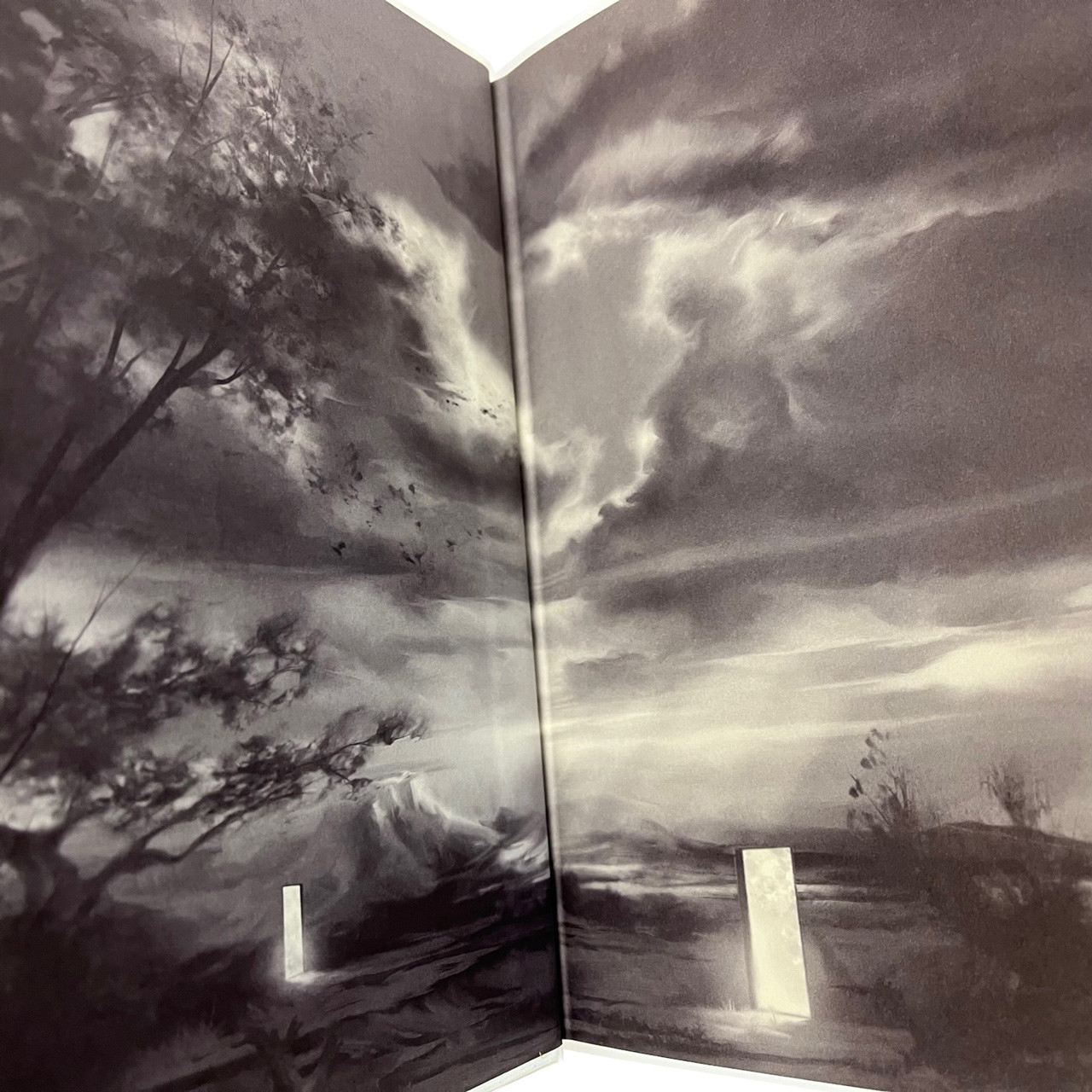 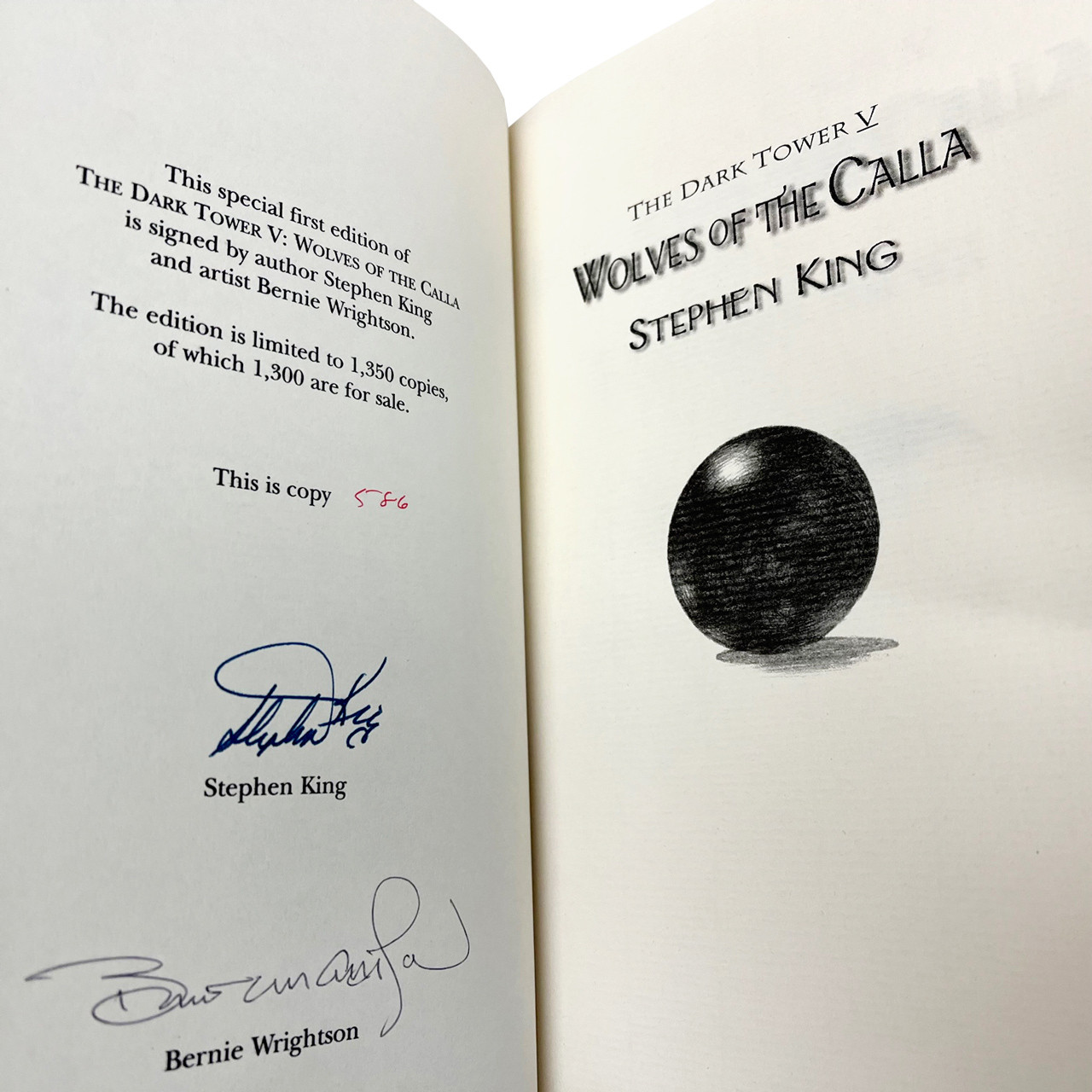 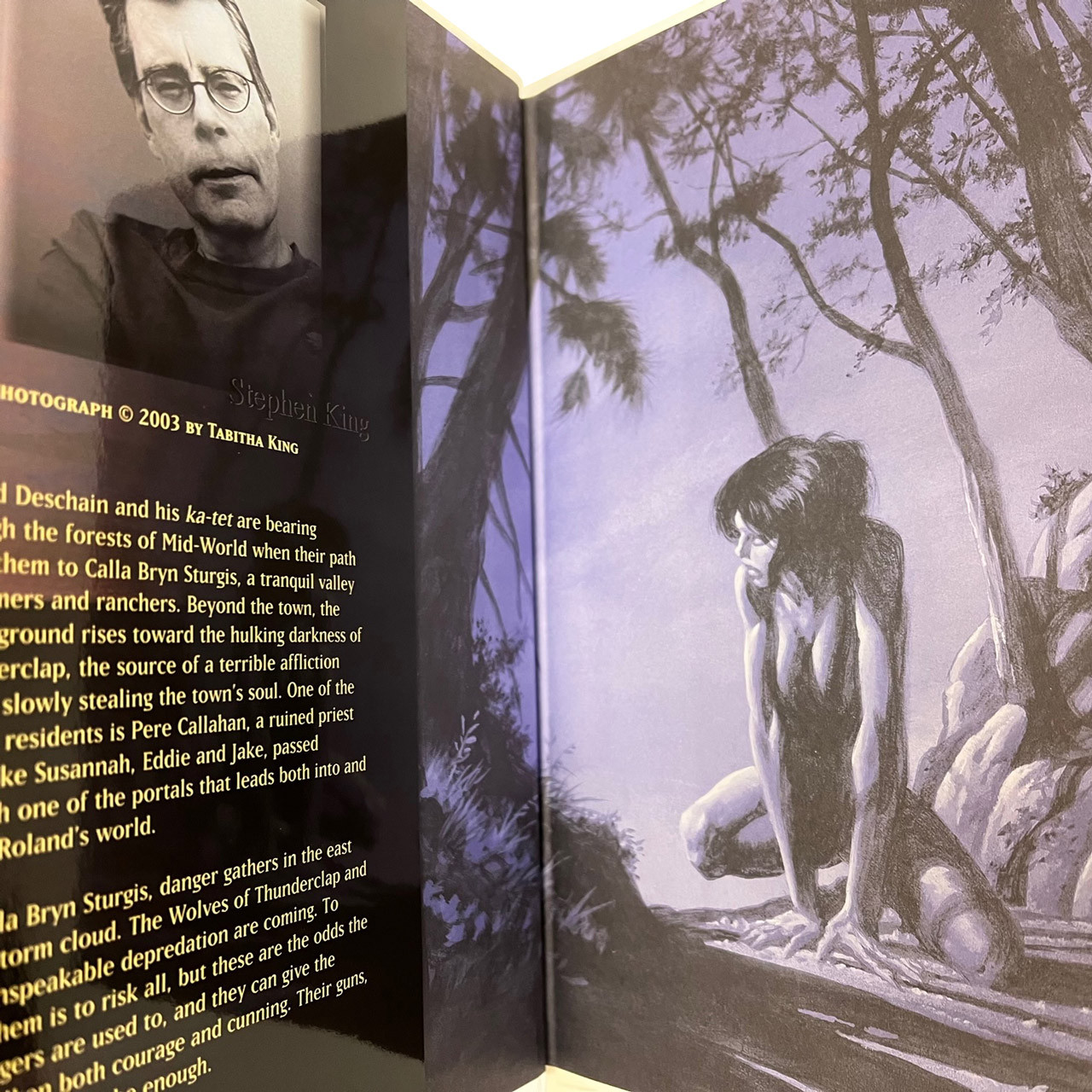 The Dark Tower - Three matching numbers books, each one personally signed by Stephen King and the illustrators.

An Immaculate Collection of Fantasy Literature

This is The Dark Tower series, of which King considers his magnum opus. An extraordinary accomplishment by the legendary writer. Each volume is splendidly illustrated, and each volume has been personally signed by Stephen King along with the illustrator. A matching numbers set of 3 volumes. The pinnacle of all Stephen King collections, in this rare and valuable set.

"The man in black fled across the desert, and the gunslinger followed." With those famous first words, inspired by Robert Browning's Childe Roland and Sergio Leone's film, The Good, the Bad, and the Ugly and typed on an old Underwood in 1970, King penned the initial words of this long detailed account over thirty years in the completion. "Many of my fictions," King reflected, "refer back to Roland's world and Roland's story. My idea was to use the Dark Tower stories as a kind of summation, a way of unifying as many of my previous stories as possible.

Donald M. Grant Publishers. Hampton Falls, NH. Stephen King "The Dark Tower" series. Signed Limited Editions. Volumes V, VI, and VII, are all numbered 586. Each book with full-page color illustrations and each signed by King and the illustrator. Signed limited first editions, issued simultaneously with the first trade editions. The original number stickers are still present on the slipcases of the volumes.

Personally signed by Stephen King and the artist Bernie Wrightson directly onto the limitation page.

Wolves of the Calla is a fantasy novel by American writer Stephen King. It is the fifth book in his The Dark Tower series. The book continues the story of Roland Deschain, Eddie Dean, Susannah Dean, Jake Chambers, and Oy as they make their way toward the Dark Tower. The subtitle of this novel is Resistance. Prior to the novel's publication, two excerpts were published: "Calla Bryn Sturgis" was published in 2001 on Stephen King's official site, and "The Tale of Gray Dick" was published in 2003 in McSweeney's Mammoth Treasury of Thrilling Tales. Both excerpts were incorporated in revised form into the full version of the 2003 novel. Wolves of the Calla was nominated for the Locus Award for Best Fantasy Novel in 2004. 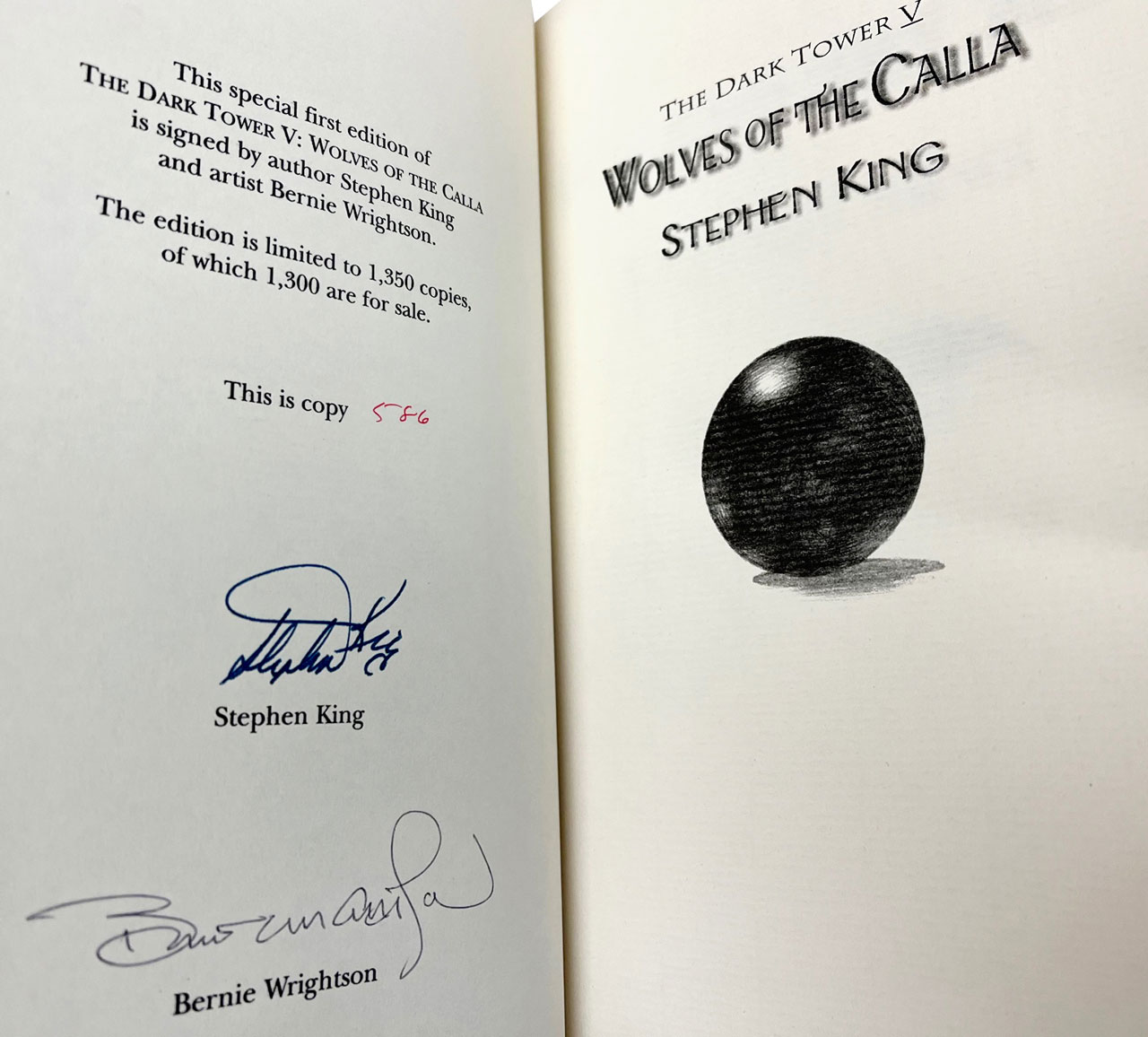 Donald M. Grant. 2004. Stephen King "The Dark Tower VI: Song of Susannah" Signed Limited Edition #586 of 1400. Limited edition of 1,400 slip-cased copies, numbered and signed by Stephen King along with the illustrator Darrel Anderson. Issued in a single volume with slipcase. Very Fine book with a Very Fine- dust jacket with small wrinkle in one corner as shown. Very Fine slipcase.

Personally signed by Stephen King and the artist Darrel Anderson directly onto the limitation page.

The penultimate volume in the Dark Tower series, The Dark Tower VI: Song of Susannah, a #1 New York Times bestseller, is a pivotal installment in the epic saga.

Susannah Dean is possessed, her body a living vessel for the demon-mother Mia. Something is growing inside Susannah's belly, something terrible, and soon she will give birth to Mia's "chap." But three unlikely allies are following them from New York City to the border of End World, hoping to prevent the unthinkable. Meanwhile, Eddie and Roland have tumbled into the state of Maine -- where the author of a novel called 'Salem's Lot is about to meet his destiny.... 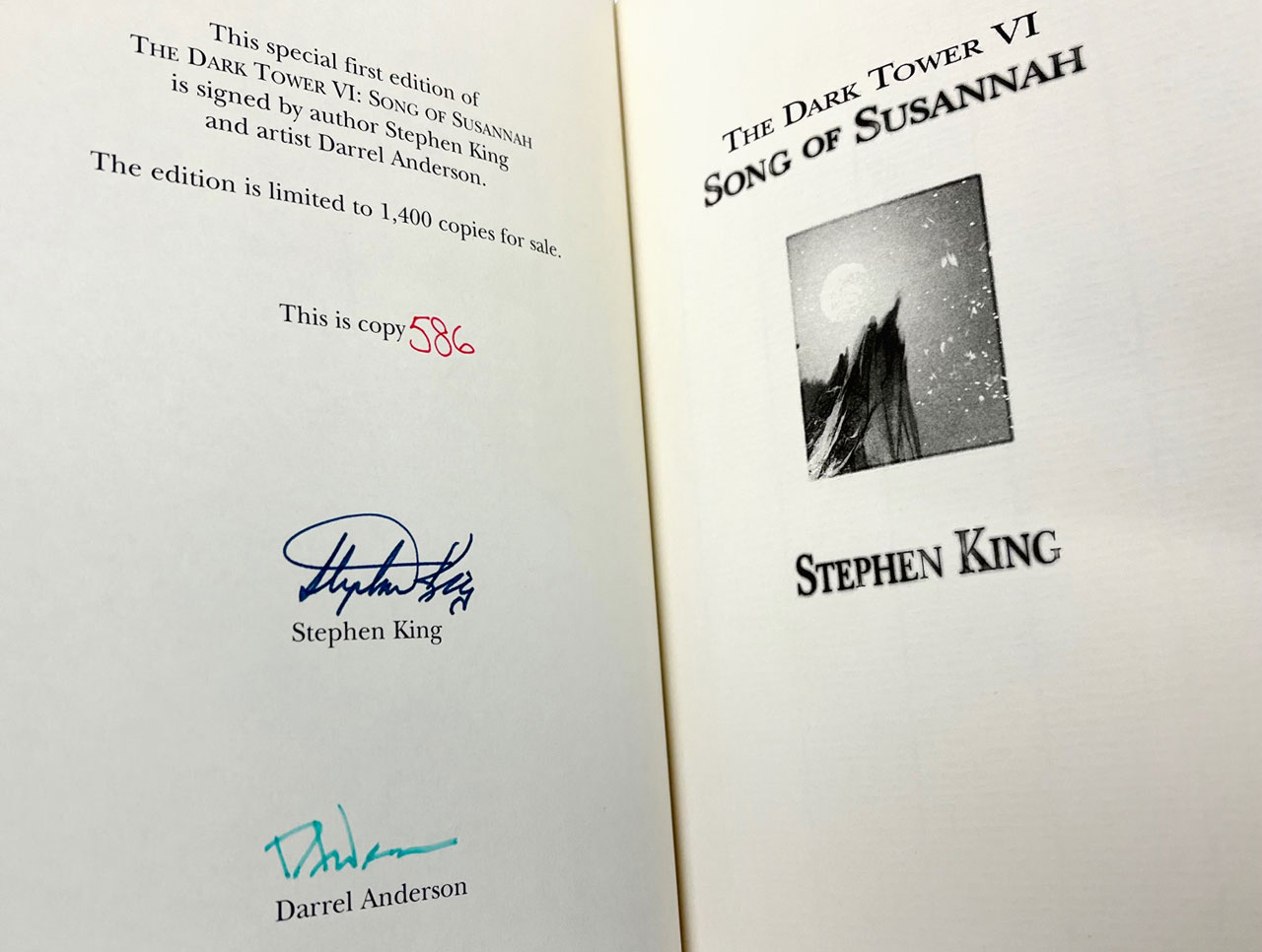 Personally signed by Stephen King and the artist Michael Whelan directly onto the limitation page.

Please refer to product description for full condition details. The volumes are unread with square and tight spines. They are without any marks, writings, or stamps. The dust-jacket of Volume VI is Very Fine- with small wrinkle in one corner as shown