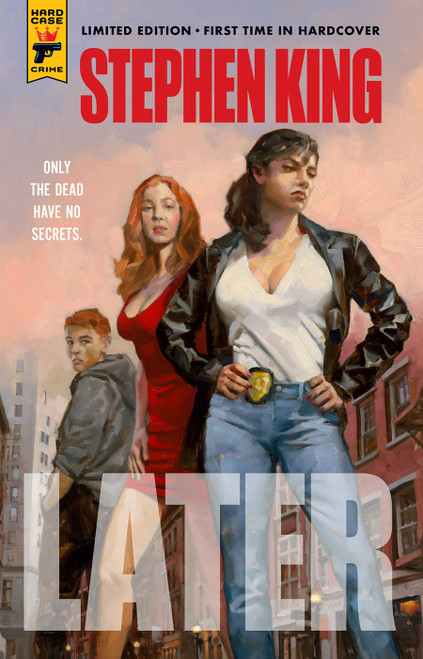 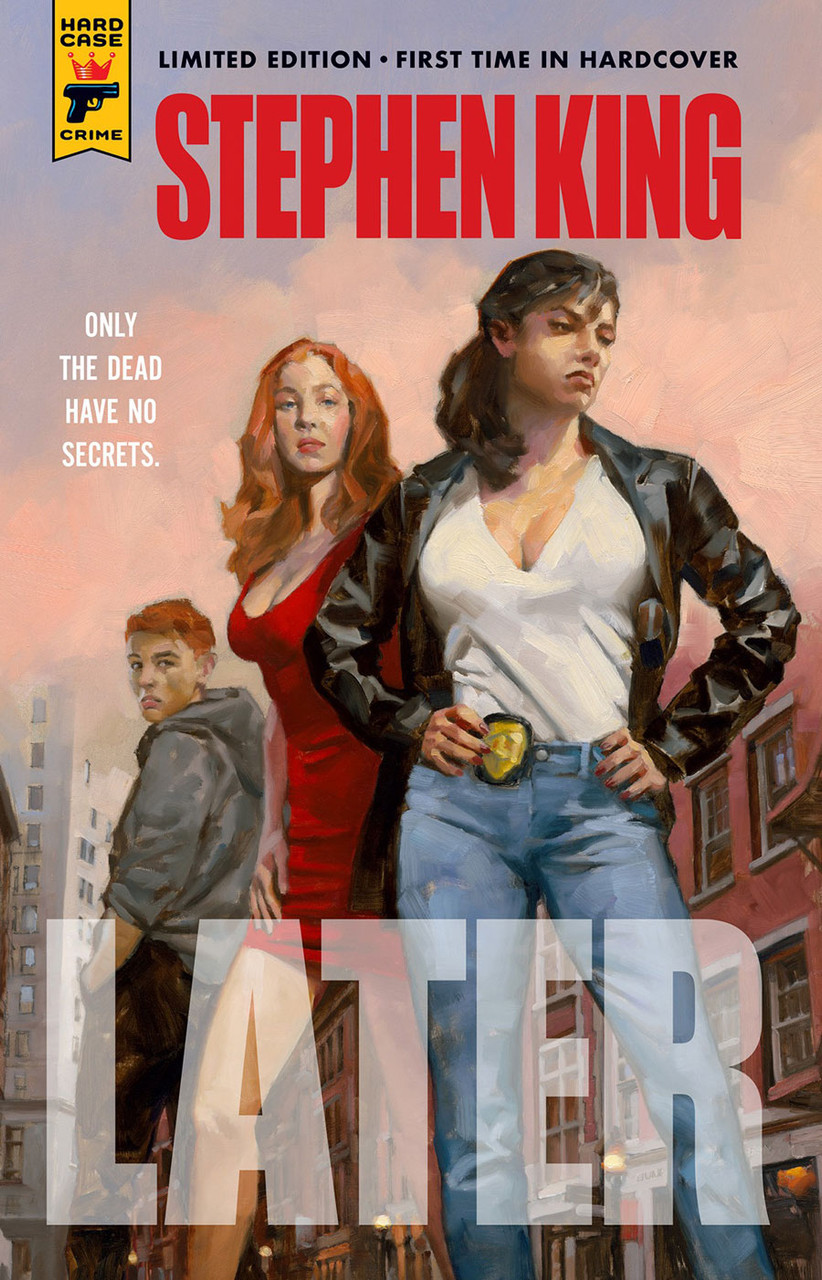 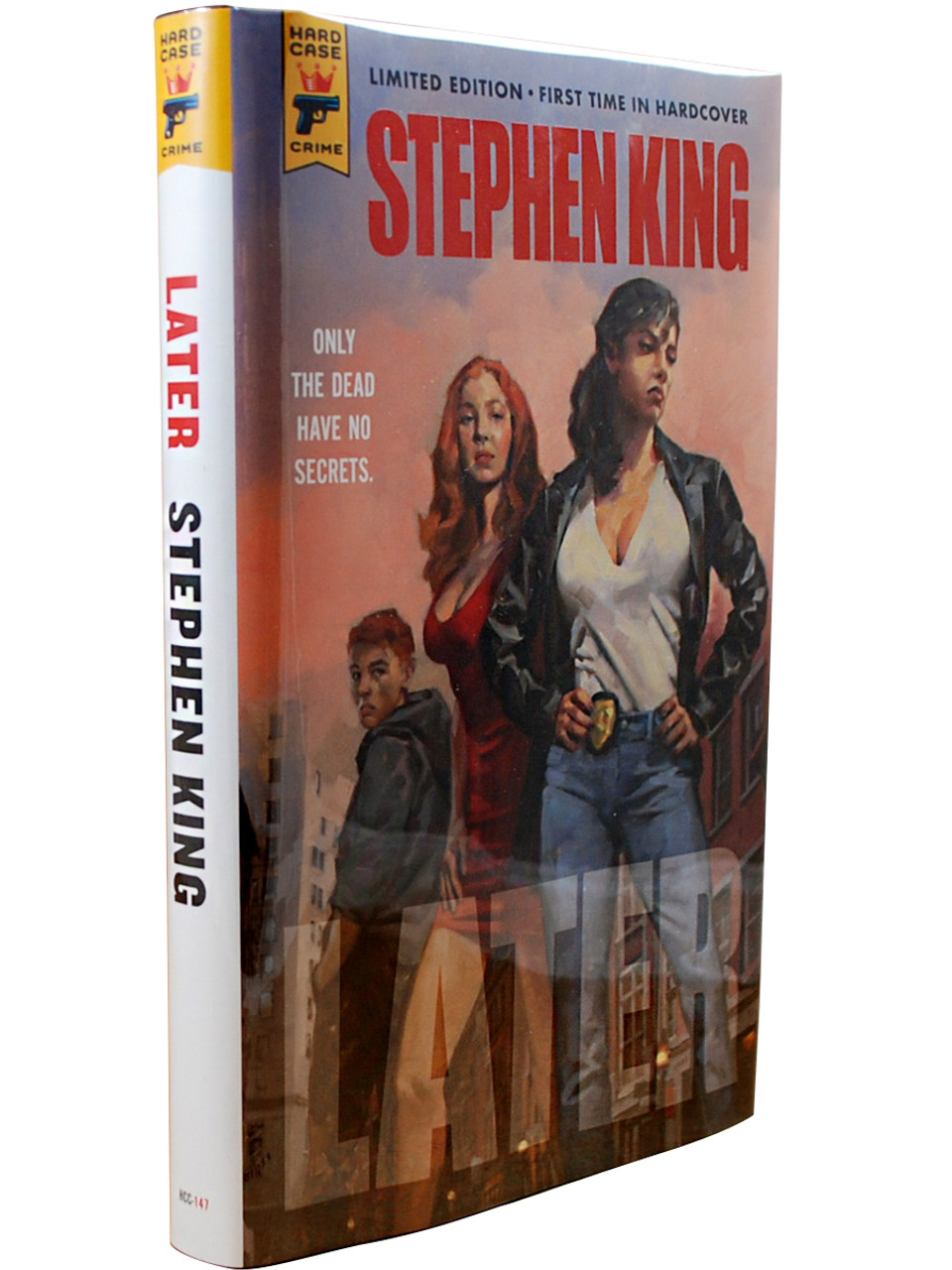 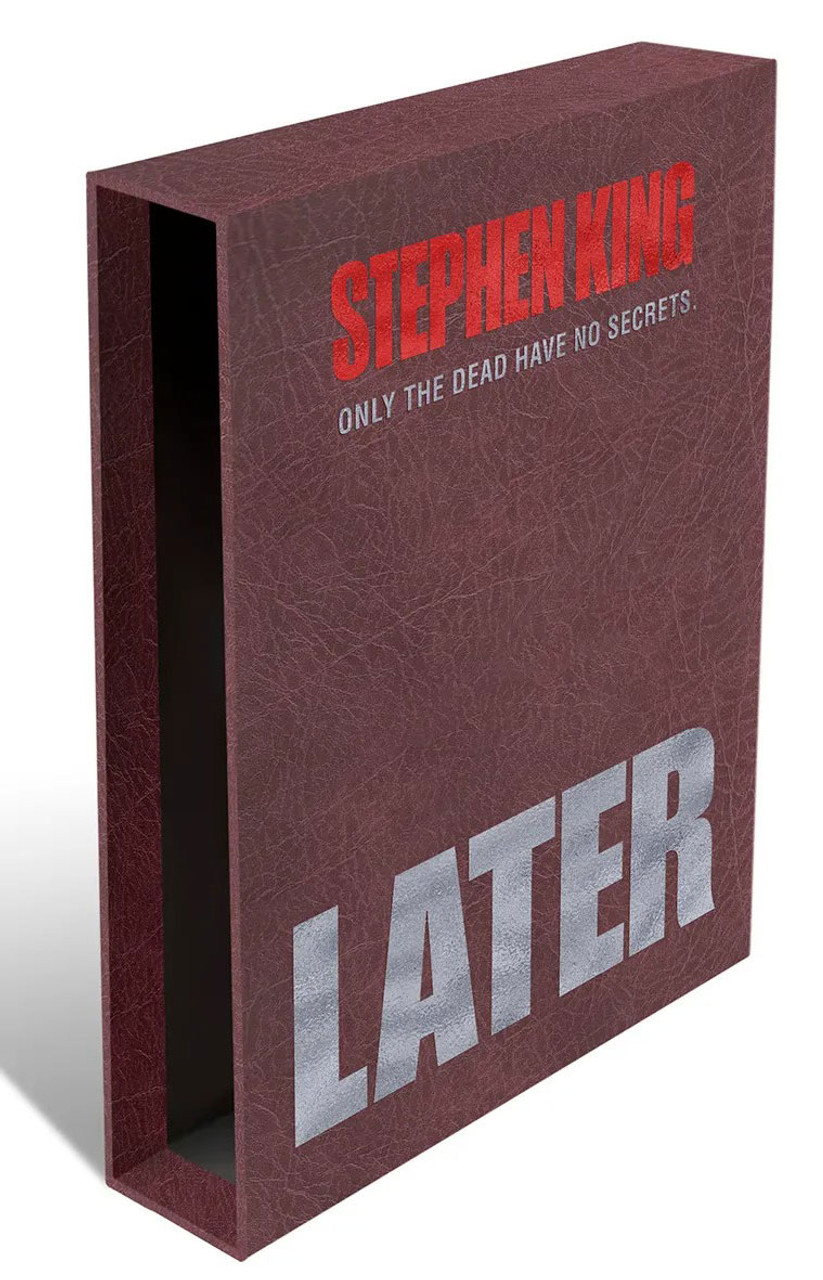 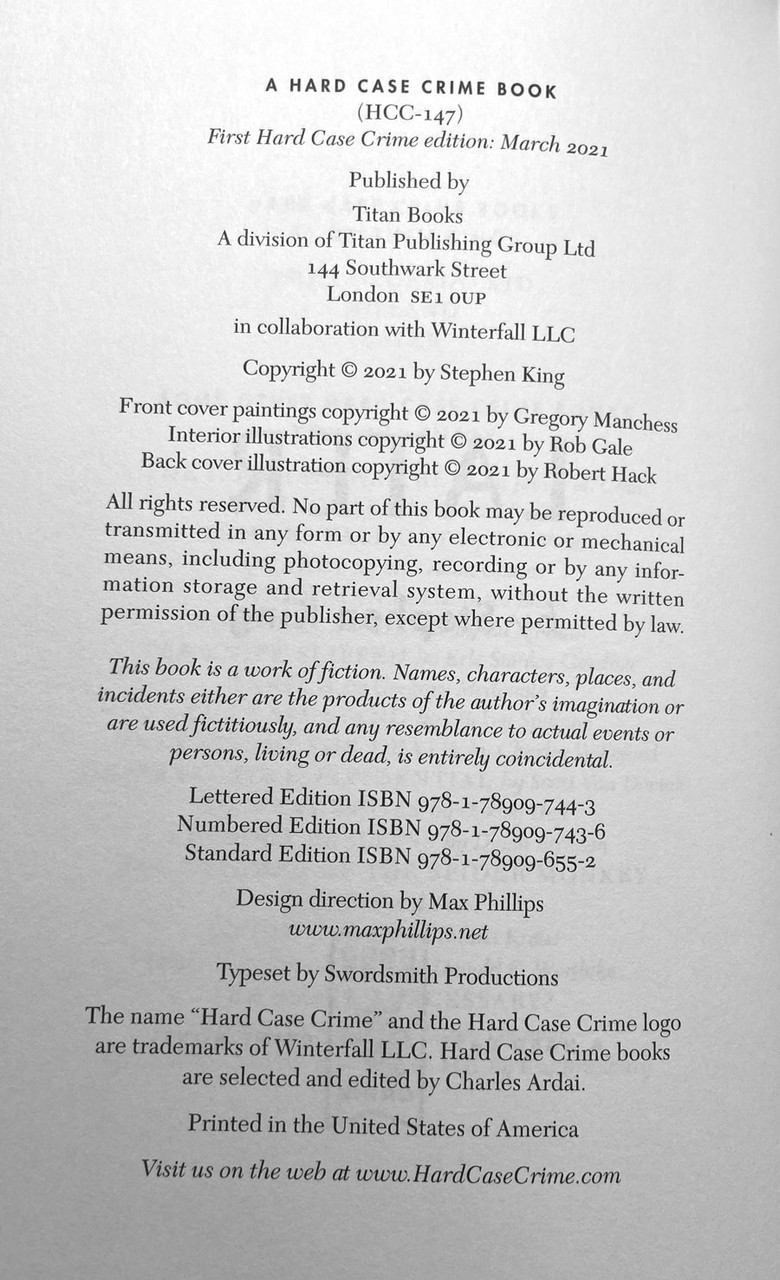 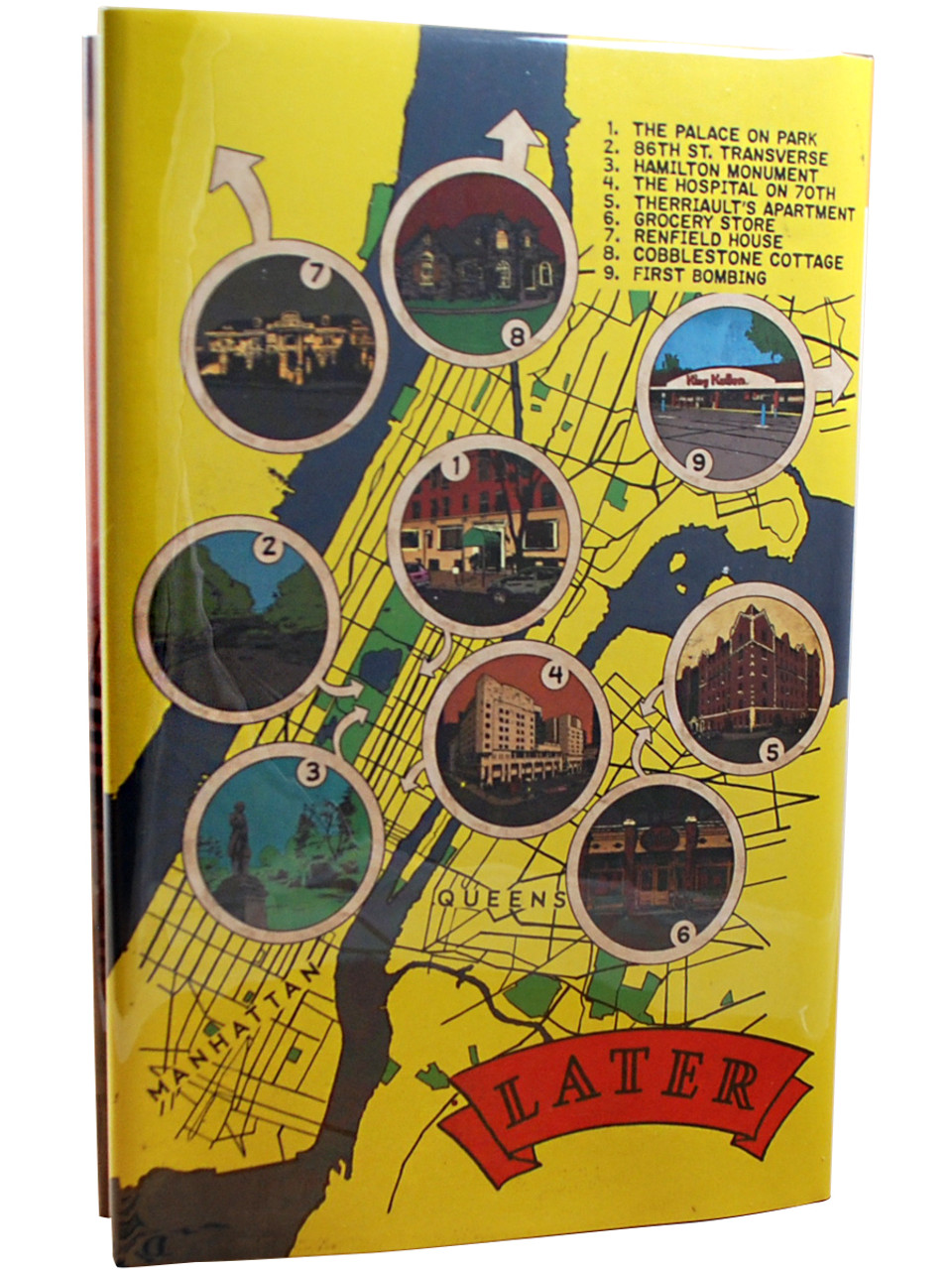 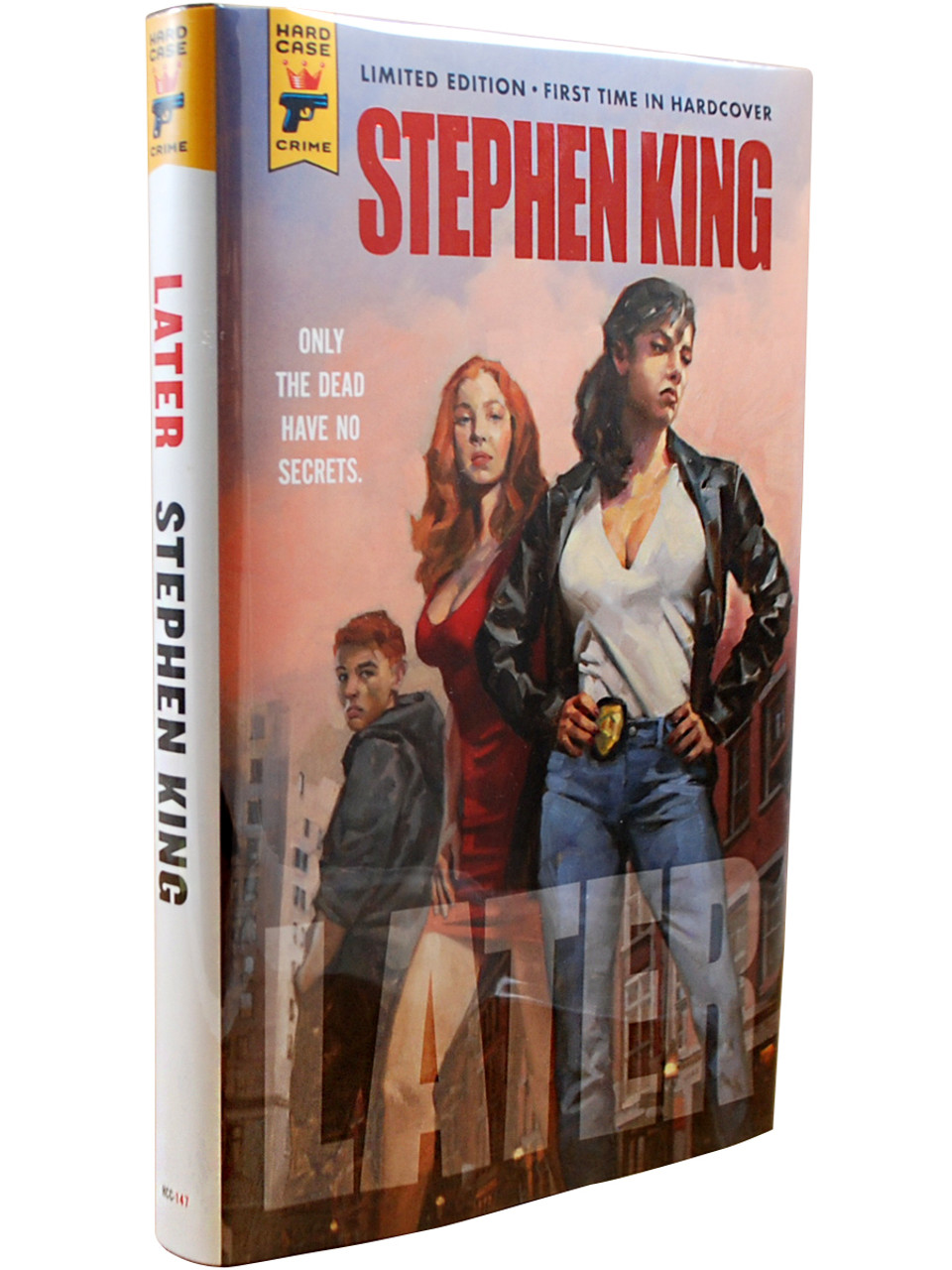 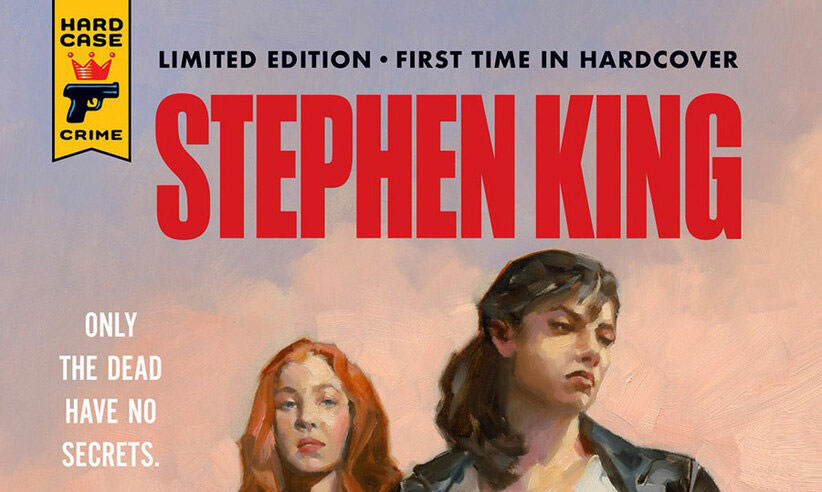 The hardcover limited editions features an exclusive cover painted by acclaimed artist Gregory Manchess. This cover is a variant to the standard trade paperback edition.

This is a true first edition with "First Hard Case Crime edition: March 2021" as required on the copyright page. Slipcased Limited Gift edition of only 2,500 copies. This was the second King title released by Titan Books. Hard Case Crime books are published in collaboration with the Titan Publishing Group 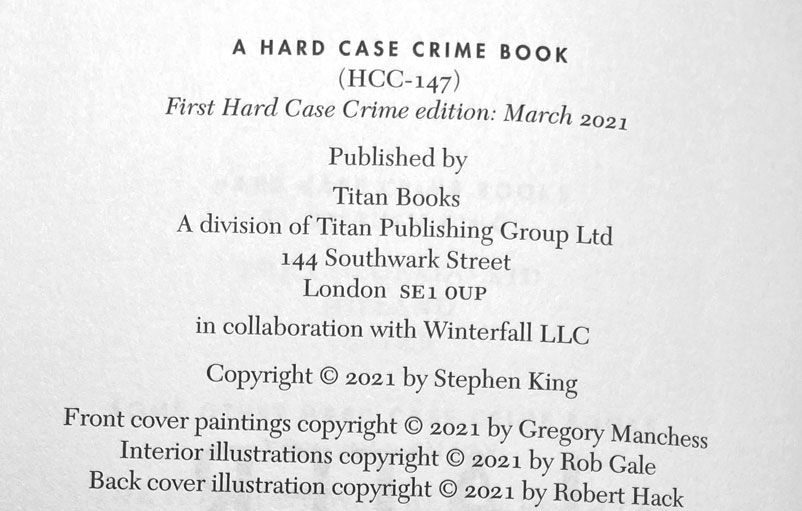 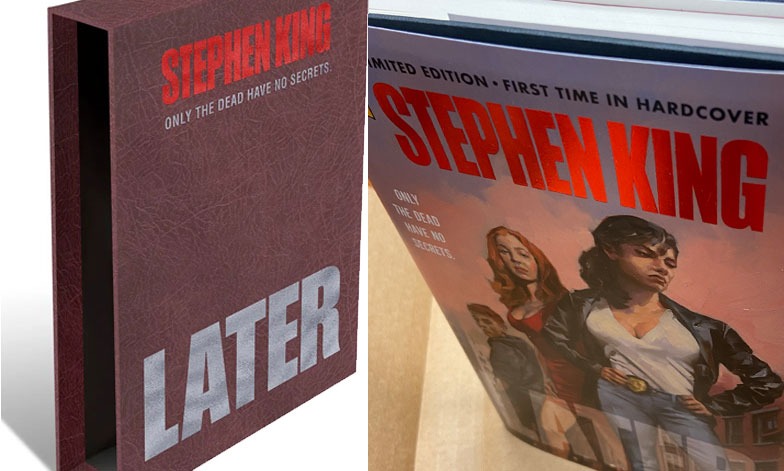 The son of a struggling single mother, Jamie Conklin just wants an ordinary childhood. But Jamie is no ordinary child. Born with an unnatural ability his mom urges him to keep secret, Jamie can see what no one else can see and learn what no one else can learn. But the cost of using this ability is higher than Jamie can imagine – as he discovers when an NYPD detective draws him into the pursuit of a killer who has threatened to strike from beyond the grave.

LATER is Stephen King at his finest, a terrifying and touching story of innocence lost and the trials that test our sense of right and wrong. With echoes of King’s classic novel It, LATER is a powerful, haunting, unforgettable exploration of what it takes to stand up to evil in all the faces it wears.

THIS LISTING INCLUDES THE UN-SIGNED LIMITED EDITION WITH THE ONE DUST-JACKET AS SHOWN. 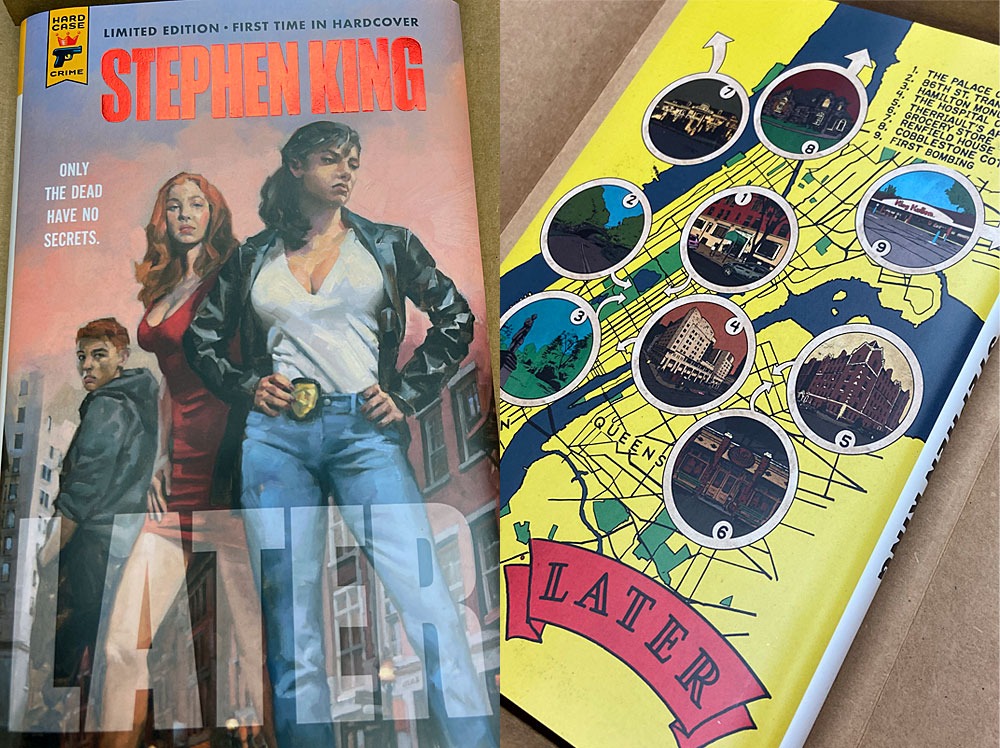 Stephen King is the author of more than fifty books, all of them worldwide bestsellers.

His first crime thriller featuring Bill Hodges, MR MERCEDES, won the Edgar Award for best novel and was shortlisted for the CWA Gold Dagger Award. Both MR MERCEDES and END OF WATCH received the Goodreads Choice Award for the Best Mystery and Thriller of 2014 and 2016 respectively.

King co-wrote the bestselling novel Sleeping Beauties with his son Owen King, and many of King's books have been turned into celebrated films and television series including The Shawshank Redemption, Gerald's Game and It.

King was the recipient of America's prestigious 2014 National Medal of Arts and the 2003 National Book Foundation Medal for distinguished contribution to American Letters. In 2007 he also won the Grand Master Award from the Mystery Writers of America. He lives with his wife Tabitha King in Maine. 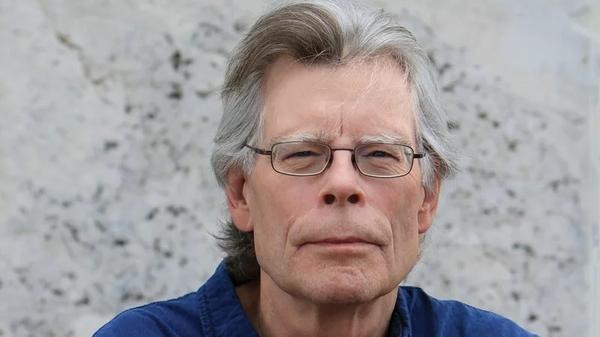 “King’s writing in LATER is as clean, direct and evocative as it’s ever been…the crime-driven plot is propulsive [and] some of the lines just take your breath away…you’re in the hands of a master storyteller.” - Washington Post
"Delivers his signature twists and turns....An eerie, enthralling tale." -Woman's World Magazine (Best Books to Read )

"Crave chills and thrills but don’t have time for a King epic? This will do the job before bedtime. Not that you’ll sleep." -Kirkus

"Gory and unnerving, this twisty chiller has sufficient sins and revelations to keep readers pursuing the action to its breathless conclusion. King fans are in for a treat." -Publishers Weekly

"An entertaining and breezy read, with the stellar storytelling that has justly made King a literary legend." - AARP Magazine

"Later is a horror story, but it’s also a proper thriller, told by a master of his craft."—The Guardian

"A Joy to read...some of King’s best writing...If you haven’t read a King novel for a while due to timeconstraints, or you would like an introduction to the man at or near the top of his game, pick LATER as your delightful literary poison." - BookReporter 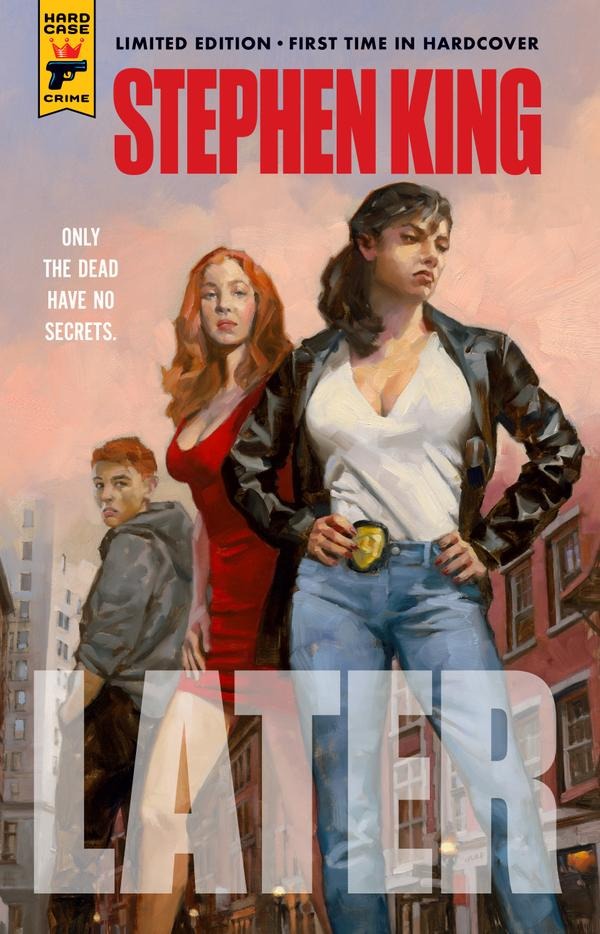 VERY FINE Guaranteed. Sealed. A wonderful bright clean copy free of any markings, writings, or stamps. Sharp corners that have not been bumped. Unread book with square and tight binding. No bookplates attached or indication of any removed. The page edges are free of any marks, scratches, or blemishes. The dust-jacket is now protected in a brand new archival acid-free sleeve.