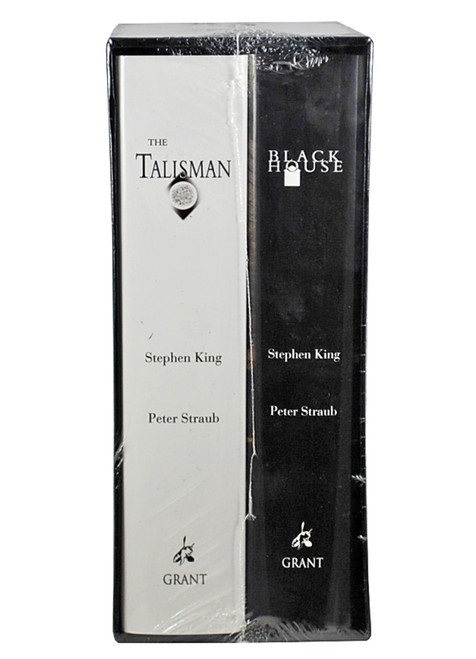 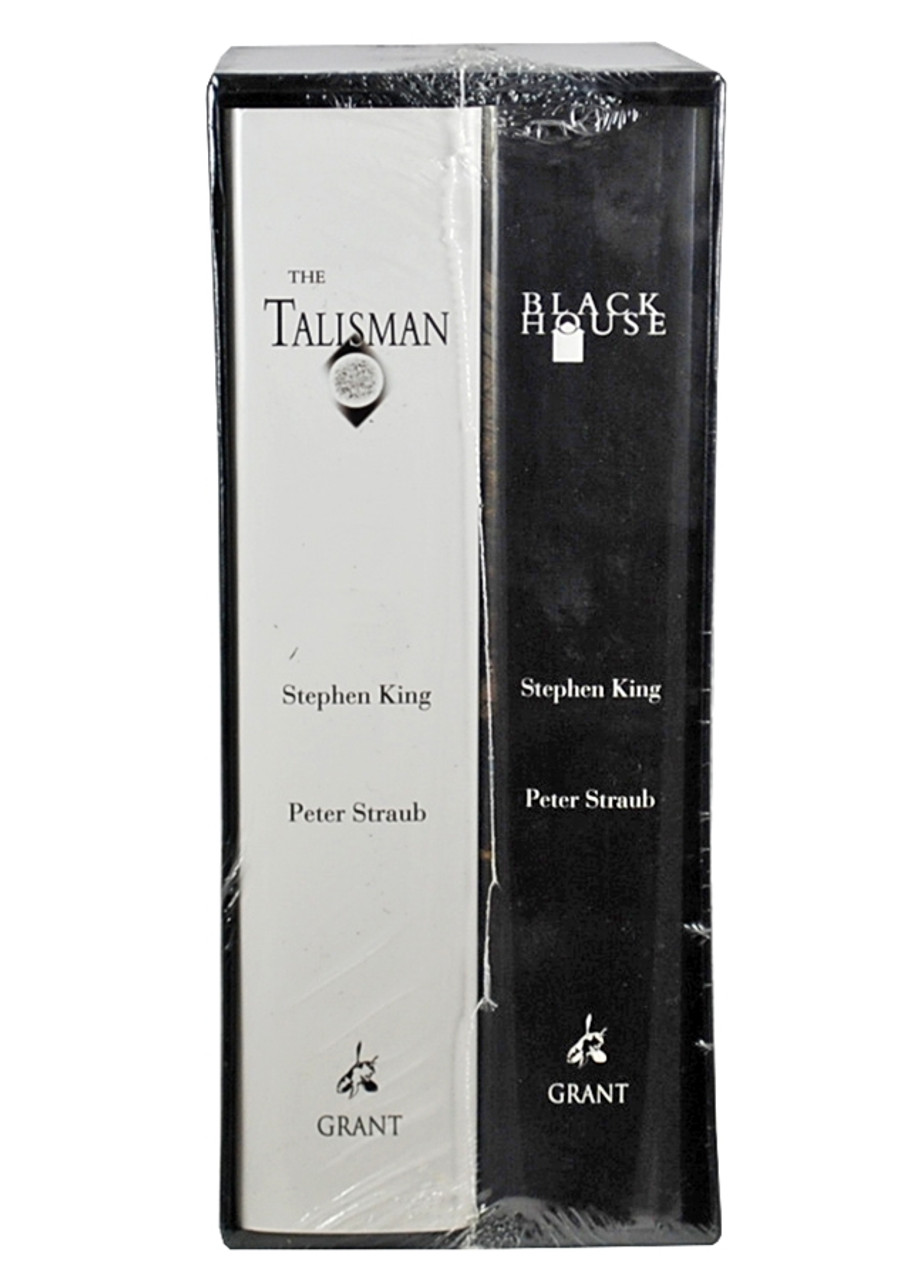 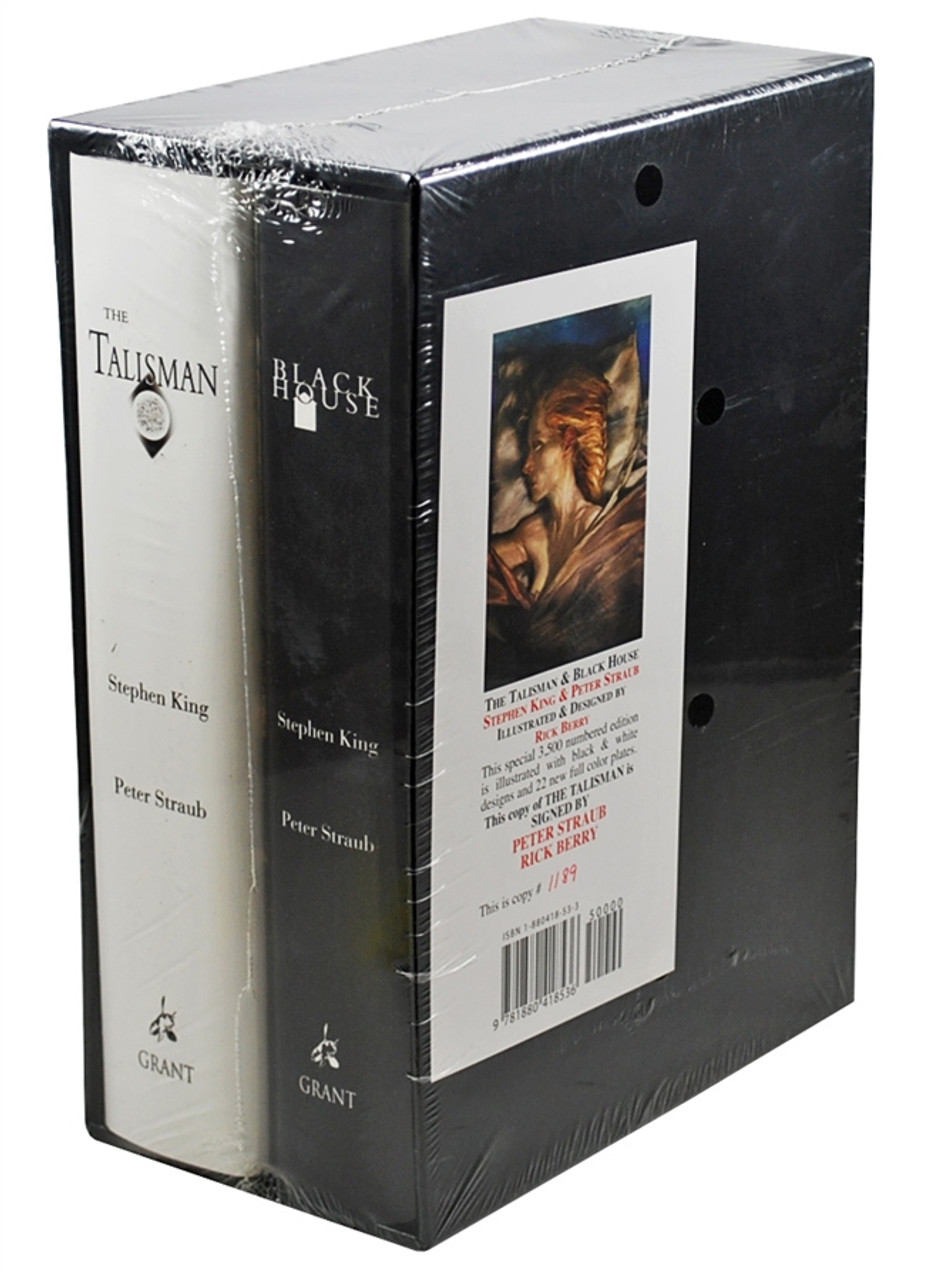 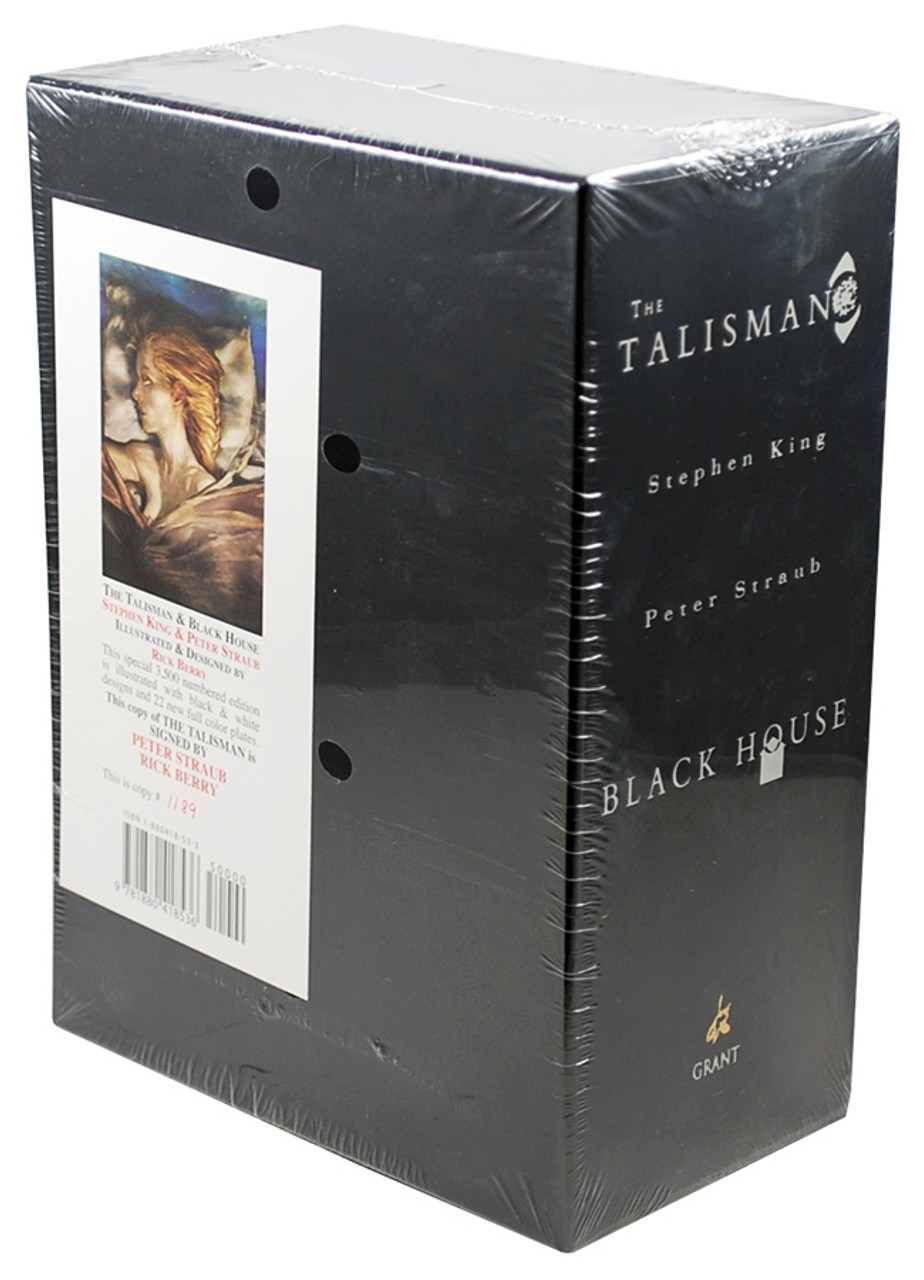 A gift edition of 3,500 copies that is unsigned by King but is signed by the co-author Peter Straub and illustrator Rick Berry. Includes many full color illustrations throughout the book.

Donald M. Grant Publisher Inc 2002, Stephen King & Peter Straub, "Black House" and "The Talisman". Signed Limited Edition of 3,500 signed and numbered copies. Two-volume slipcased set. Lavishly illustrated through out by Rick Berry with 22 full color plates. This edition is housed in a black slipcase with illustrated dust jackets for each book . This edition is now officially out of print. Original cover price was $150. An ideal gift for the collector of fine signed limited edition books.

This Signed Limited Edition has been personally signed by the author Peter Straub and the artist Rick Berry on the limitation page.

Its primary hero is The Talisman's Jack Sawyer, now retired from the LAPD and living with no memory of his otherwordly Talisman exploits, alone in French Landing, Wisconsin a town surveyed by the authors in an unusual third-person plural narration that buoys the book throughout. Terror stalks French Landing in the form of the Fisherman, who's been snatching, killing and eating the town's children. We know that the Fisherman is a resident of the town's elderly care facility, but Jack doesn't; when yet another child, Ty Marshall, is taken, Jack enters the hunt for the killer and the boy. He's joined by an array of locals, notably a gang of philosopher bikers and blind Henry Leyden, a 50-something cool cat whom every reader will adore. Jack is going to need all their help, and more, because The Fisherman is controlled by a malignant entity from End-World, where the Crimson King aims to unravel the fabric of all the universes.

It's to blighted End-World, via the portal of the Black House a creepy local house painted black that Jack and others travel to rescue Ty, in the novel's frantic conclusion.The book abounds with literary allusions, many to the King-verse, and readers not familiar with King's work and particularly with The Talisman may feel disoriented, especially at first. But there's so much here to revel in, from expertly executed sequences of terror, awe or passion the novel is a deep reservoir of genuine emotion to some of the most wonderful characters to spring from a page in years, to a story whose energy is so high and craft so accomplished that most readers will wish it ran twice its great length. What is probably the most anticipated novel of the year turns out to be its most memorable to date, a high point in both the King and Straub canons. This will be a monster bestseller, and deservedly so. 2 million first printing. (One-day laydown Sept. 15)

Hardcover with dust-jacket with a custom black slipcase

Peter Straub is the author of seventeen novels, which have been translated into more than twenty languages. He lives in New York City with his wife, Susan, director of the Read to Me program.
VERY FINE GUARANTEED. As New, still sealed in the original shrink-wrap. No bumped corners and without any damage, as normally shipped from the publisher. Includes the original Slip Case for display and protection.