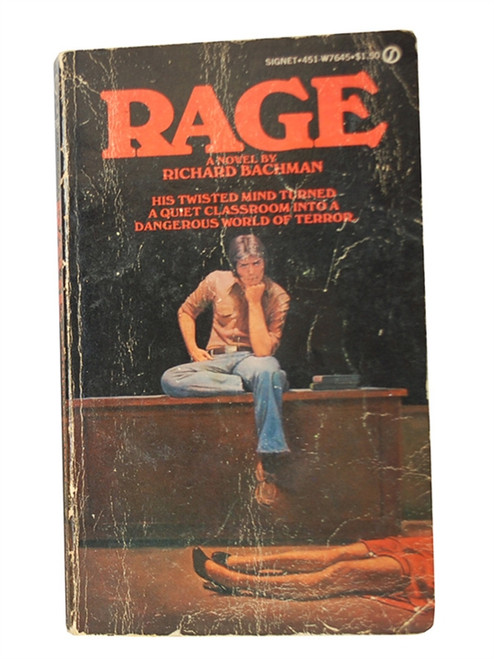 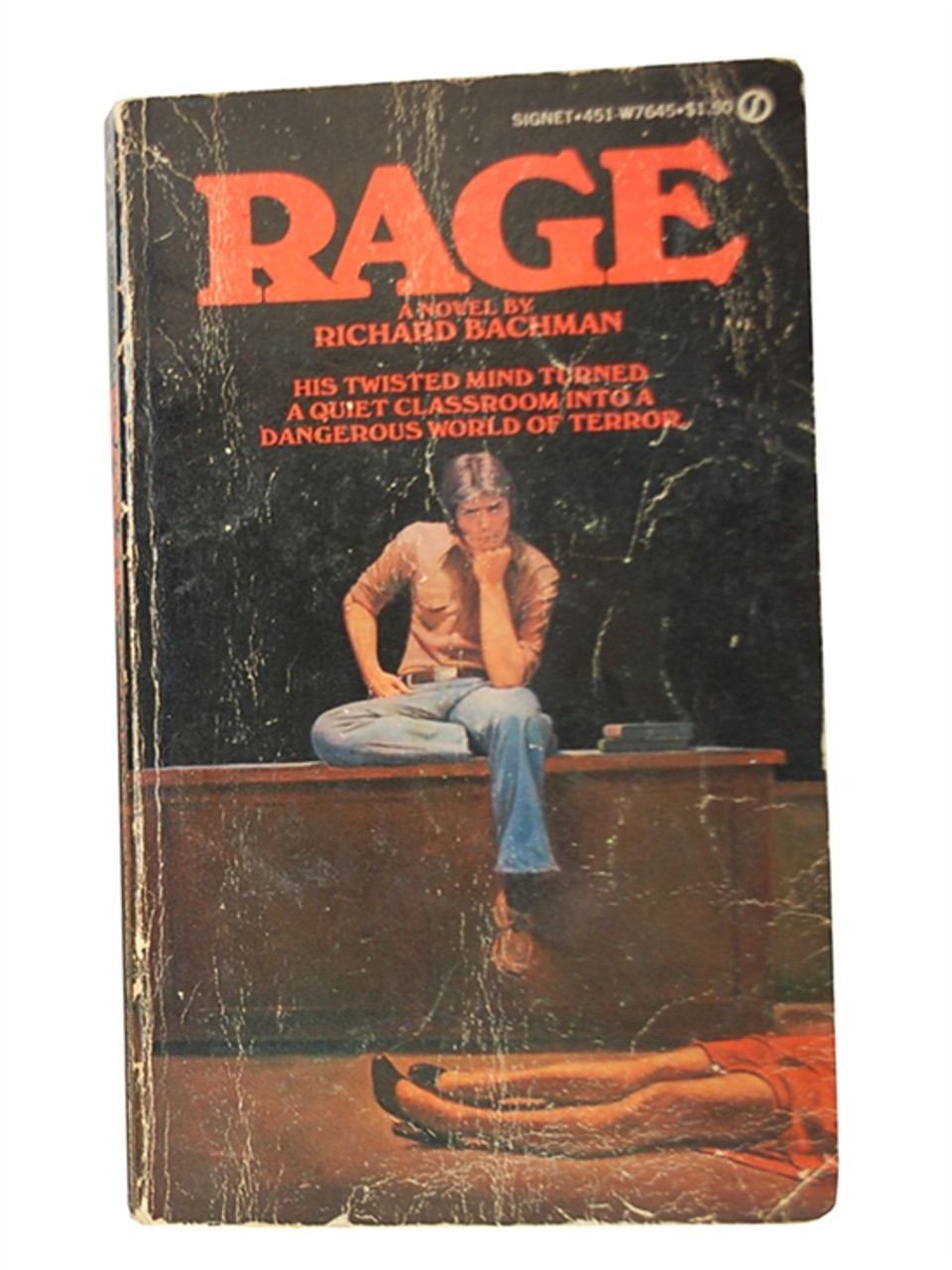 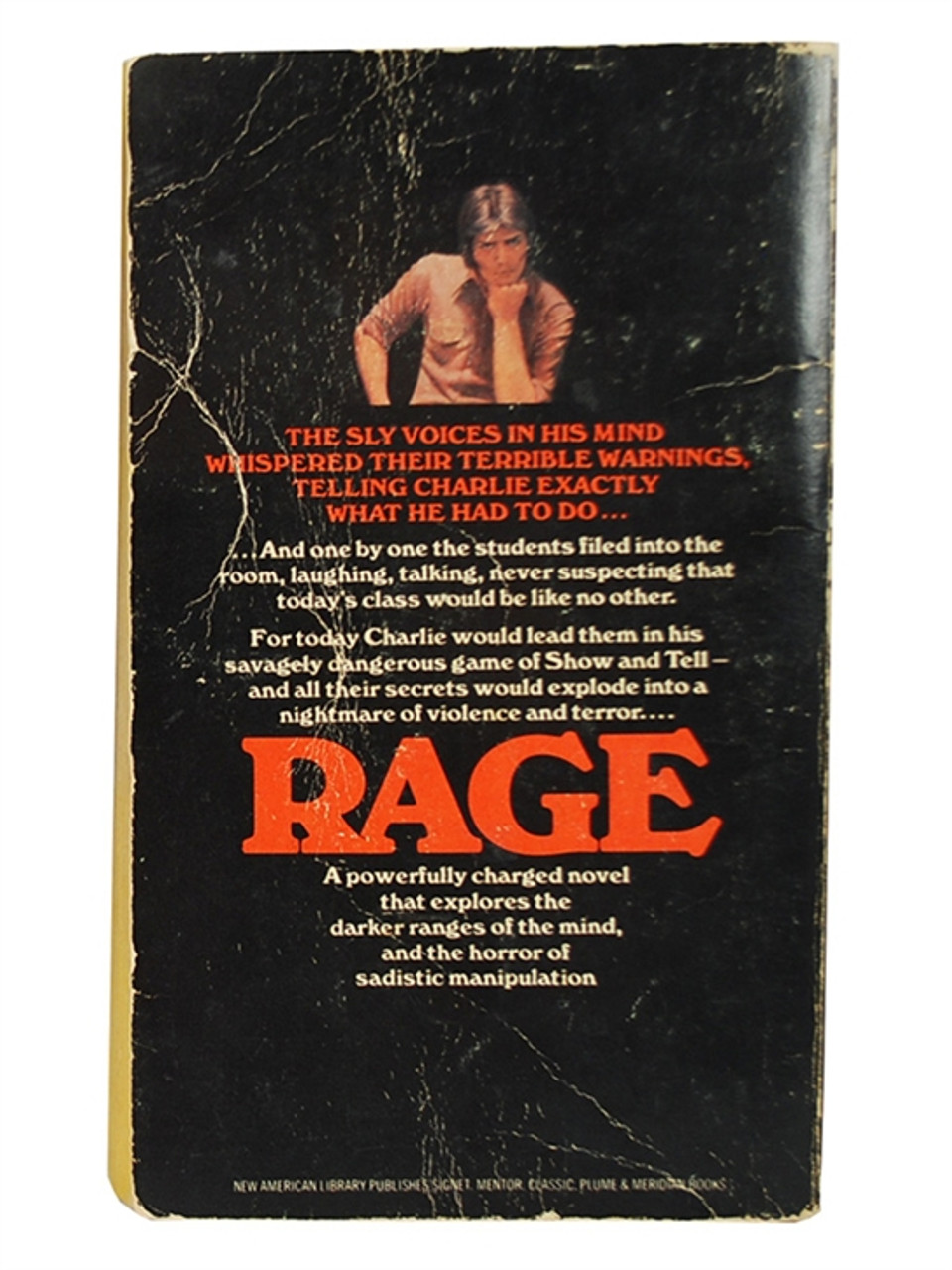 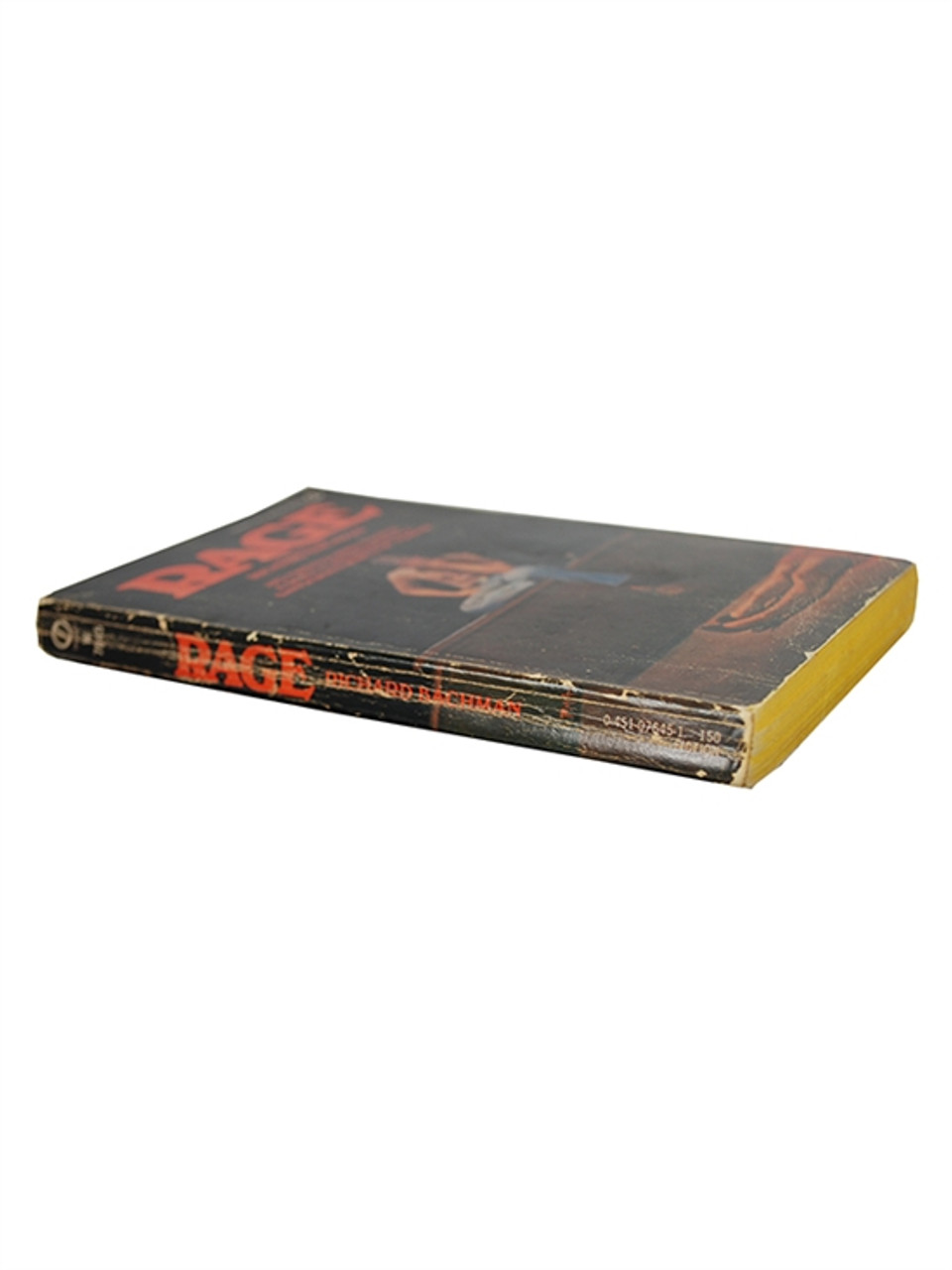 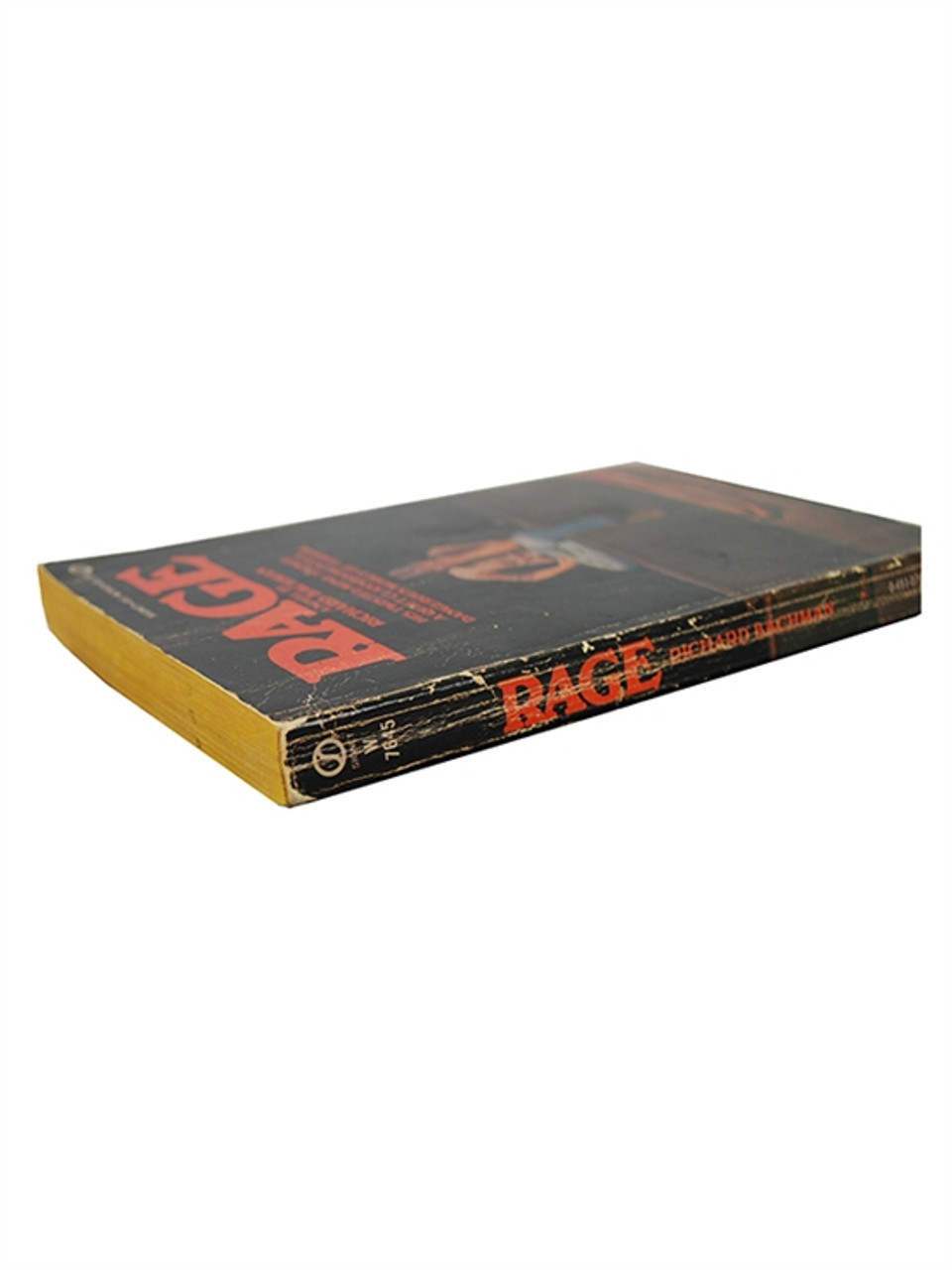 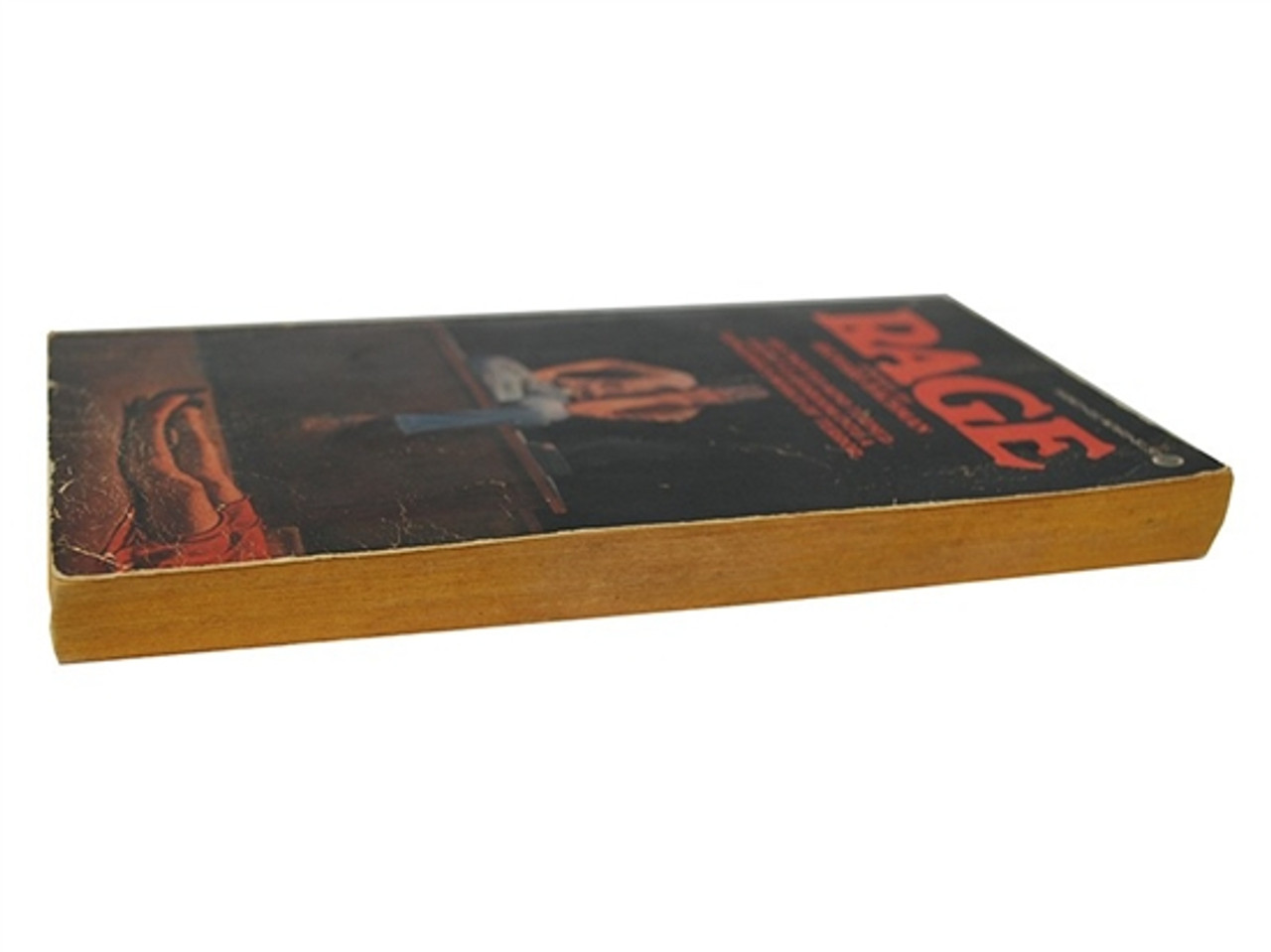 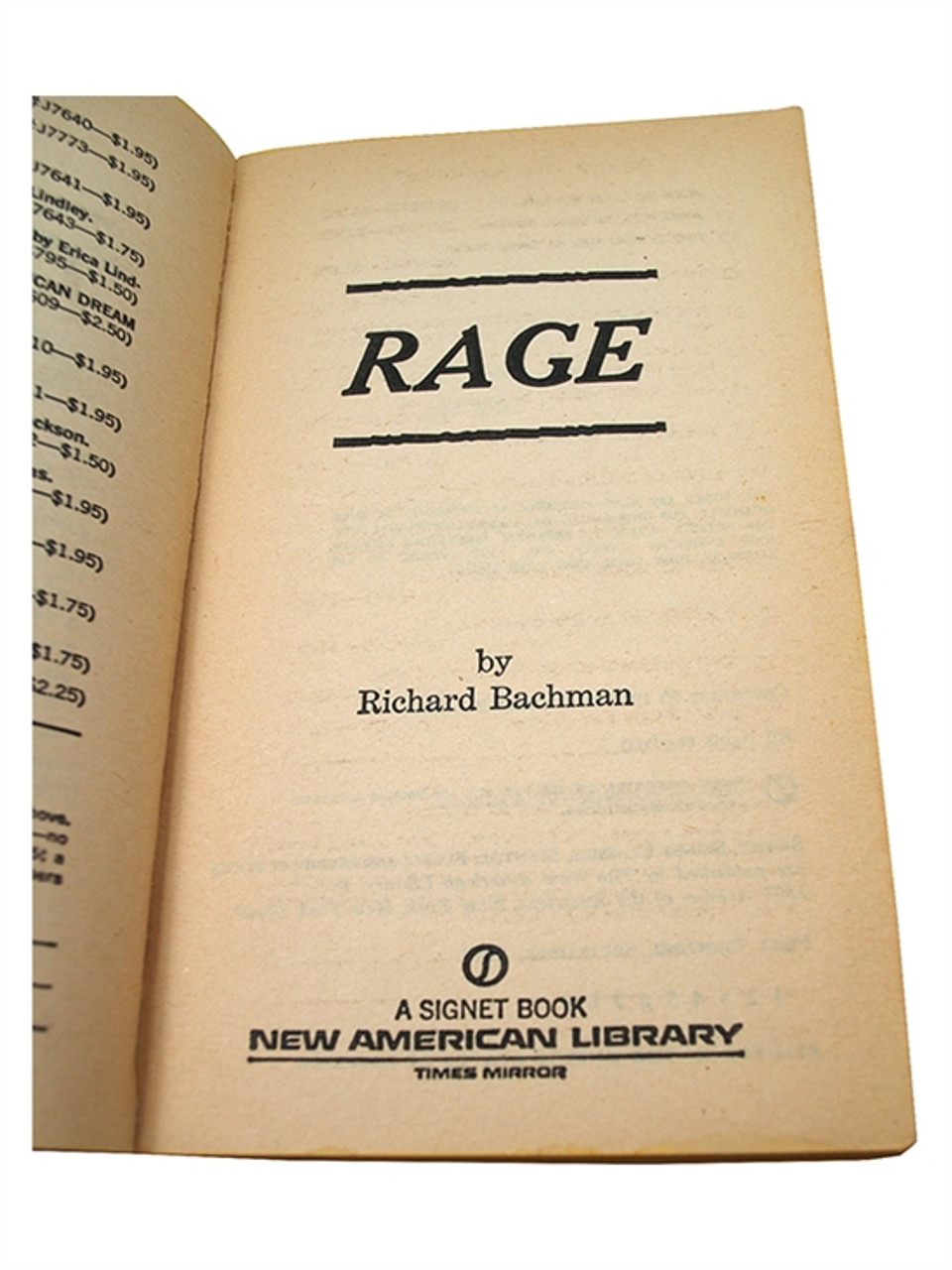 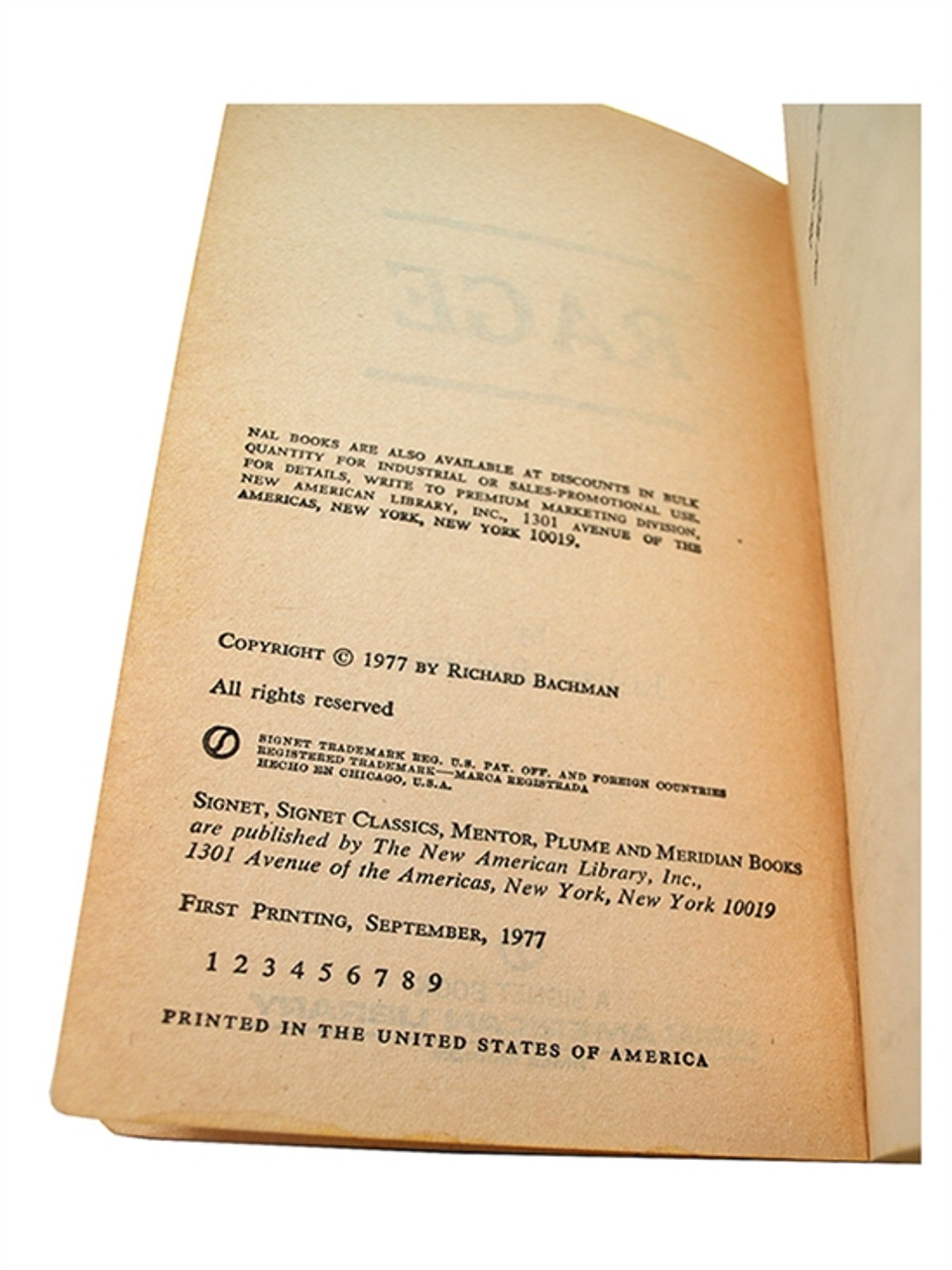 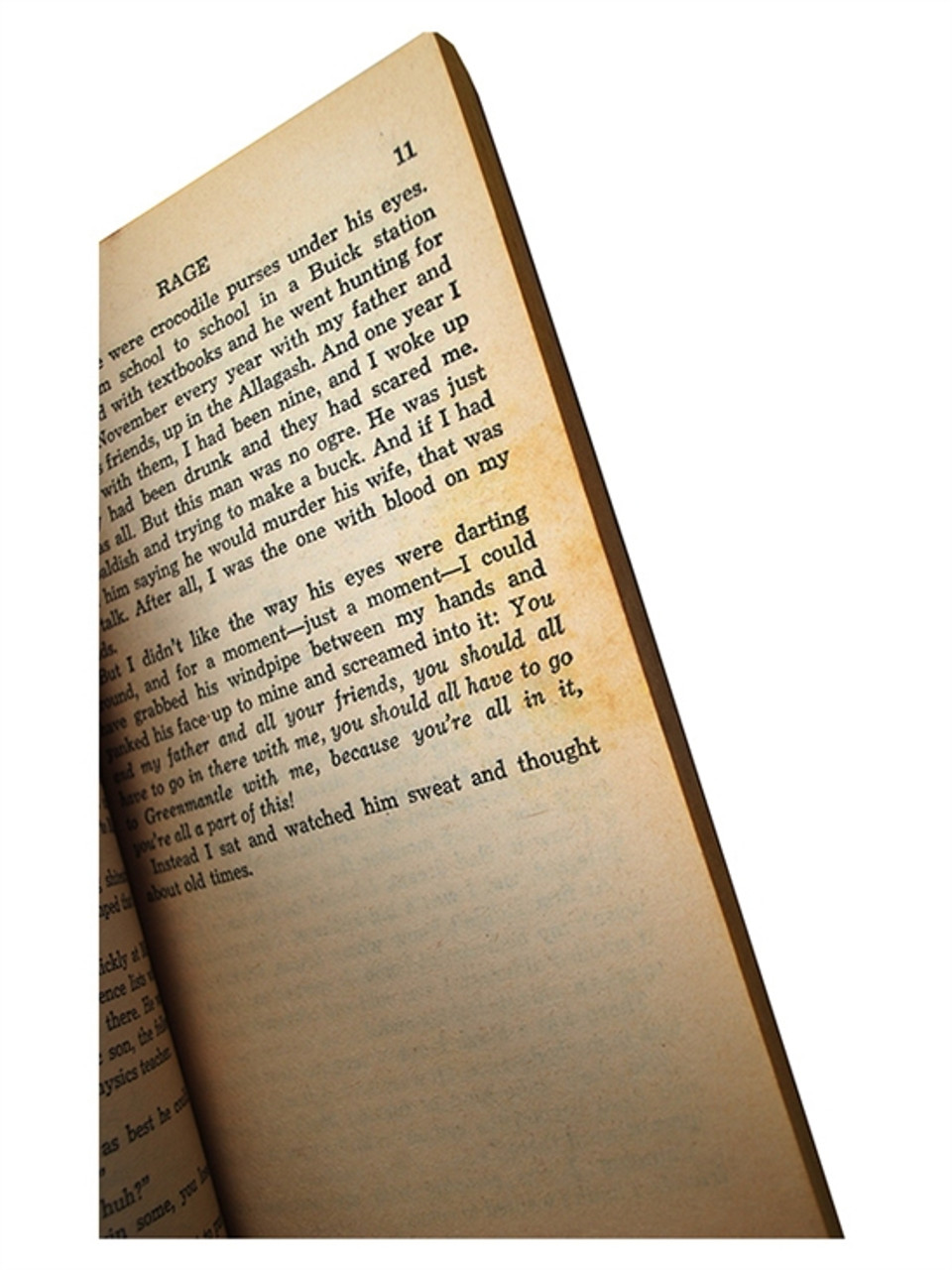 A very collectible first printing softcover by the legendary novelist. Due to the controversial content, Stephen King will not let this book be reprinted.

Condition: Near Fine. Tight spine with no marks, writing or stamps inside or outside. The book lies perfectly flat. No bookplates or stickers. Edge-wear and minor creasing as shown, a light liquid stain on edge of several pages. All photos of the actual book. The graphics are clear and not faded.

The End of Publication

When King decided to let Rage fall out of print in the United States, it was available only as part of The Bachman Books. The other novels that appeared in that compilation (The Long Walk, Roadwork, and The Running Man) are now published as separate books in the USA. Rage was for a time still available in the United Kingdom and other countries in The Bachman Books, but now appears to be unavailable. The new description of The Bachman Books doesn't include Rage. The novel can still be found in many libraries.

In a keynote address King delivered to the Vermont Library Conference, he explored the complex sociological and cultural issues surrounding this novel and its apparent link to school shootings, which he placed within the broader context of America's fixation on violence.

"The Carneal incident was enough for me. I asked my publisher to take the damned thing out of print. They concurred."

King went on to describe his view on this subject, which acknowledged the role that cultural or artistic products such as Rage play in influencing individuals, particularly troubled youths, while also declaring that artists and writers can not be denied the aesthetic opportunity to draw upon their own culturewhich is suffused with violence, according to Kingin their work.

He went on to describe his inspiration for stories such as Rage, which drew heavily upon his own frustrations and pains as a high school student. In an article on the ominous writings of Virginia Tech shooter Seung-Hui Cho for Entertainment Weekly, King said "Certainly in this sensitized day and age, my own college writingincluding a short story called 'Cain Rose Up' and the novel Ragewould have raised red flags, and I'm certain someone would have tabbed me as mentally ill because of them..."