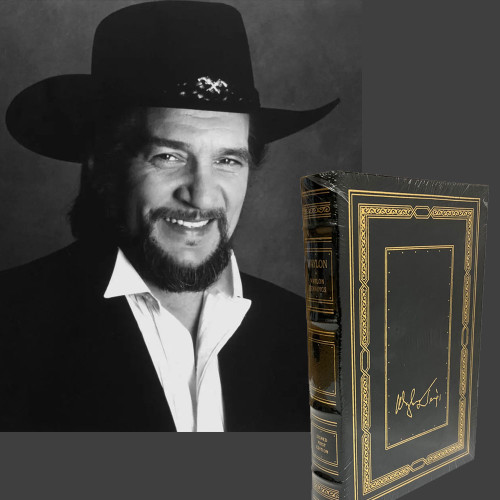 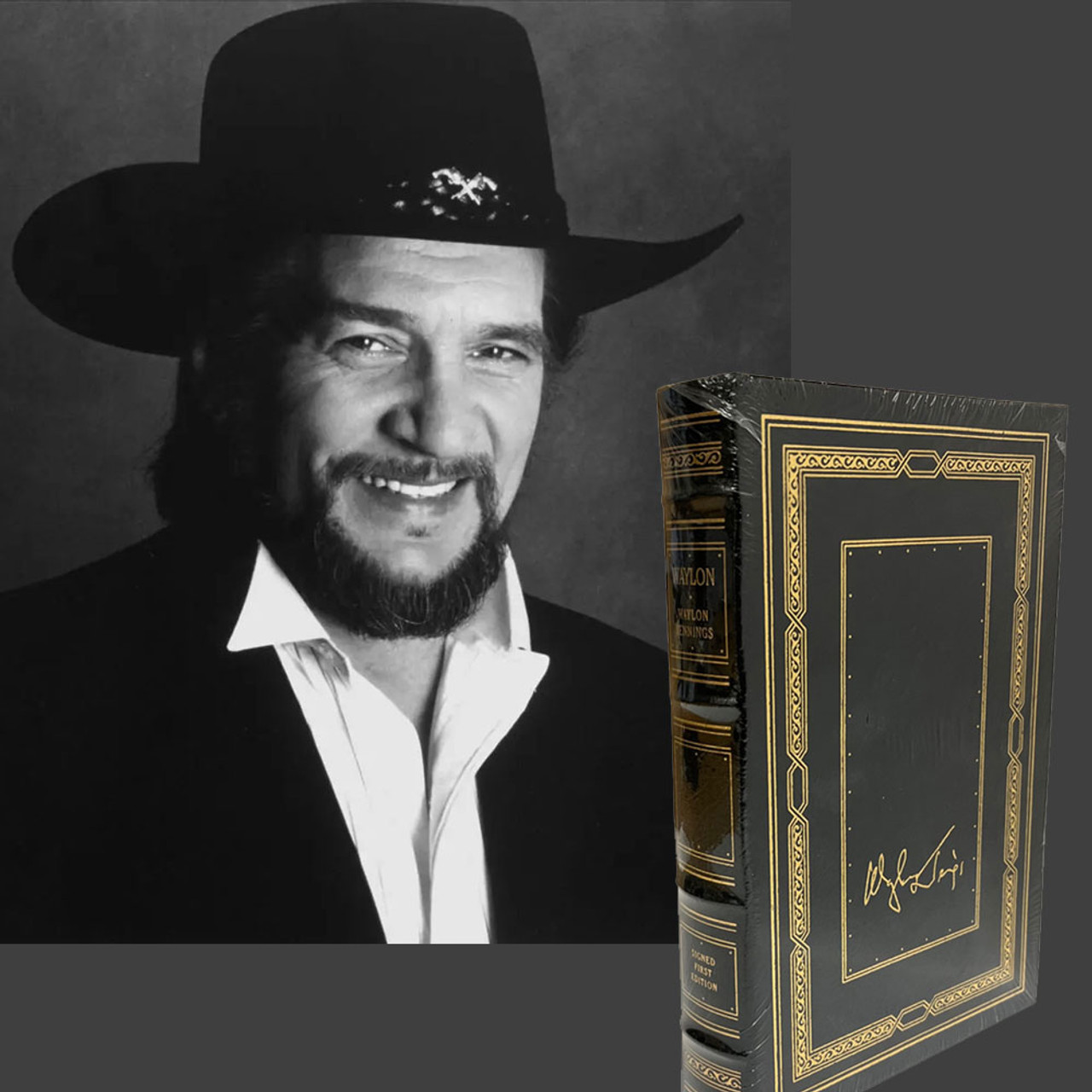 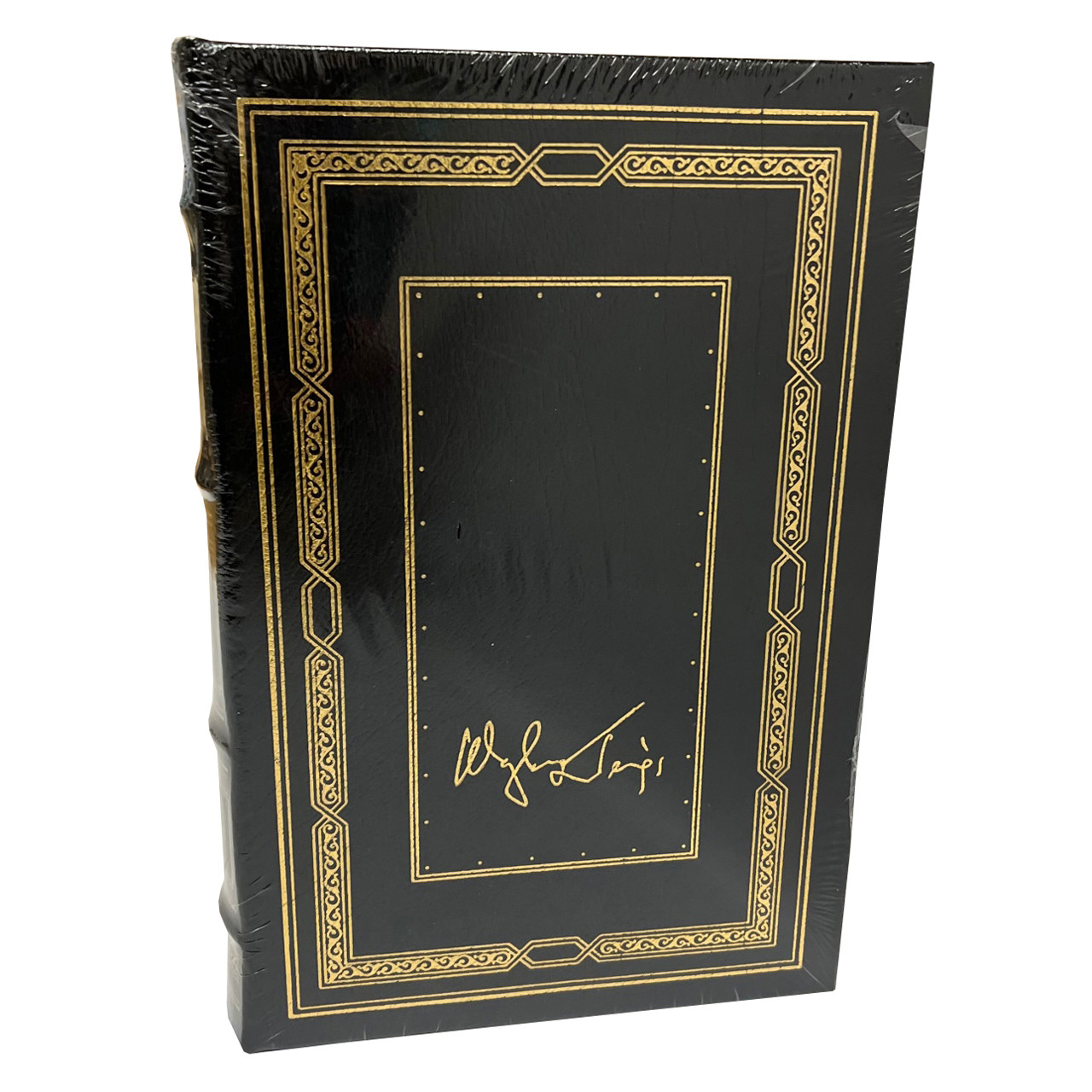 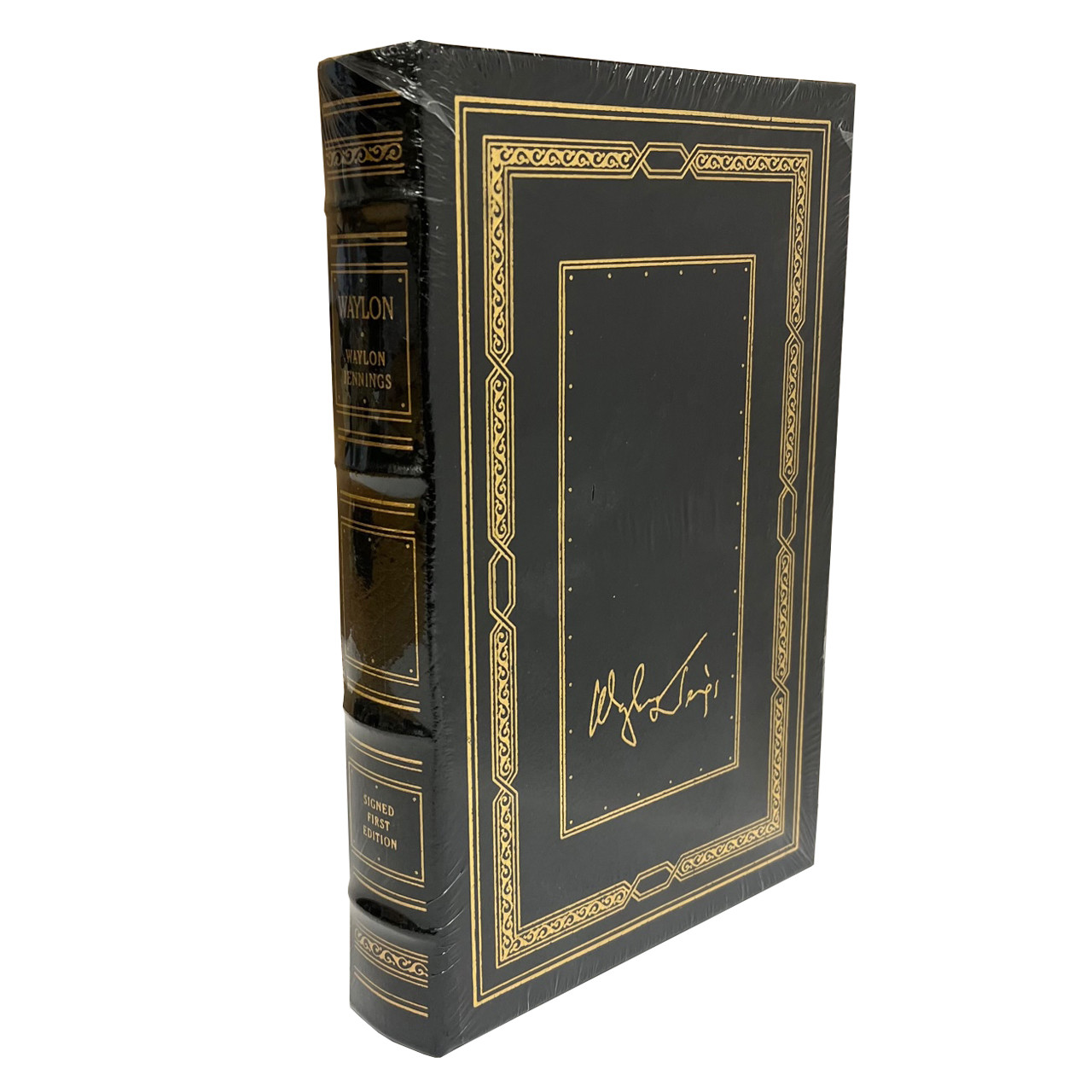 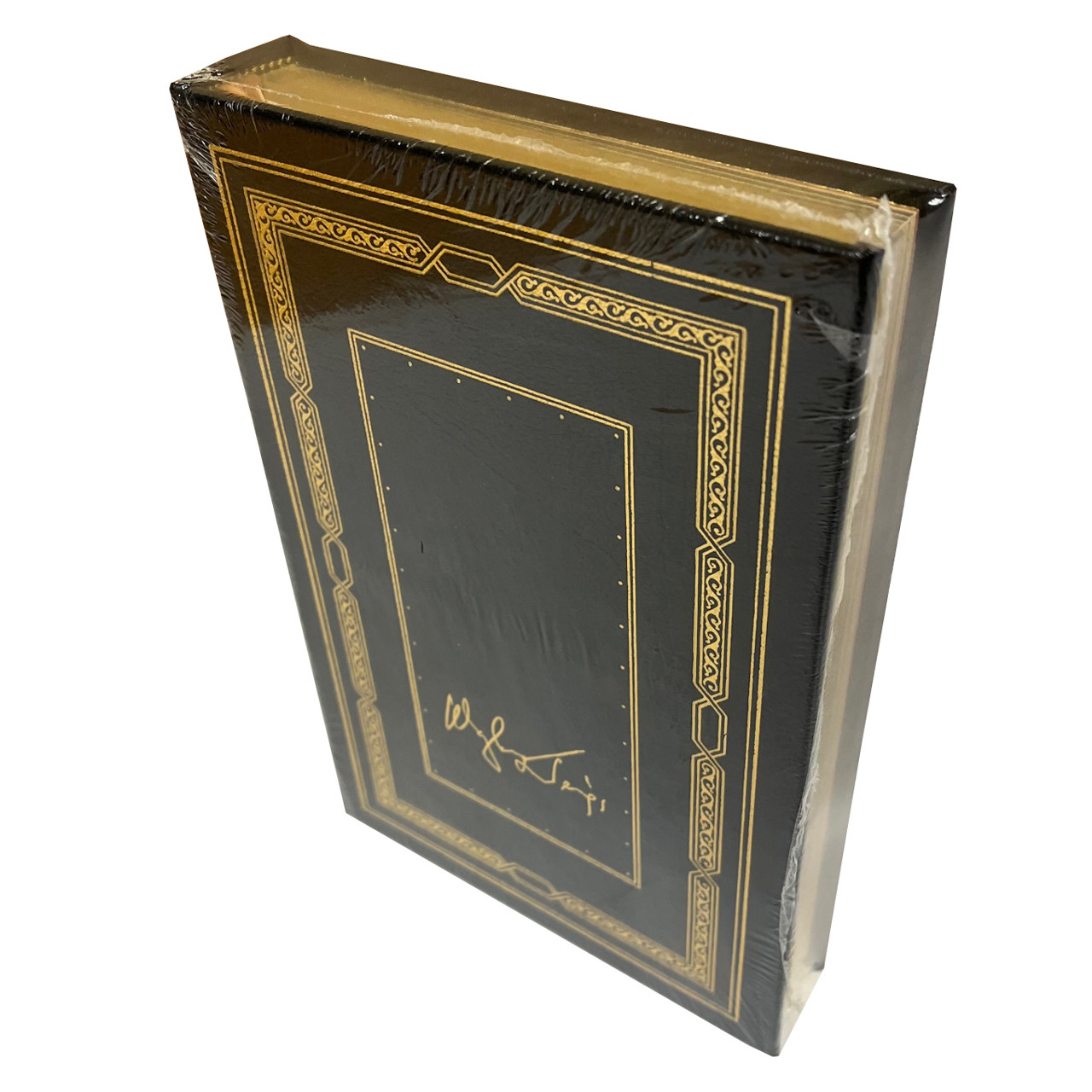 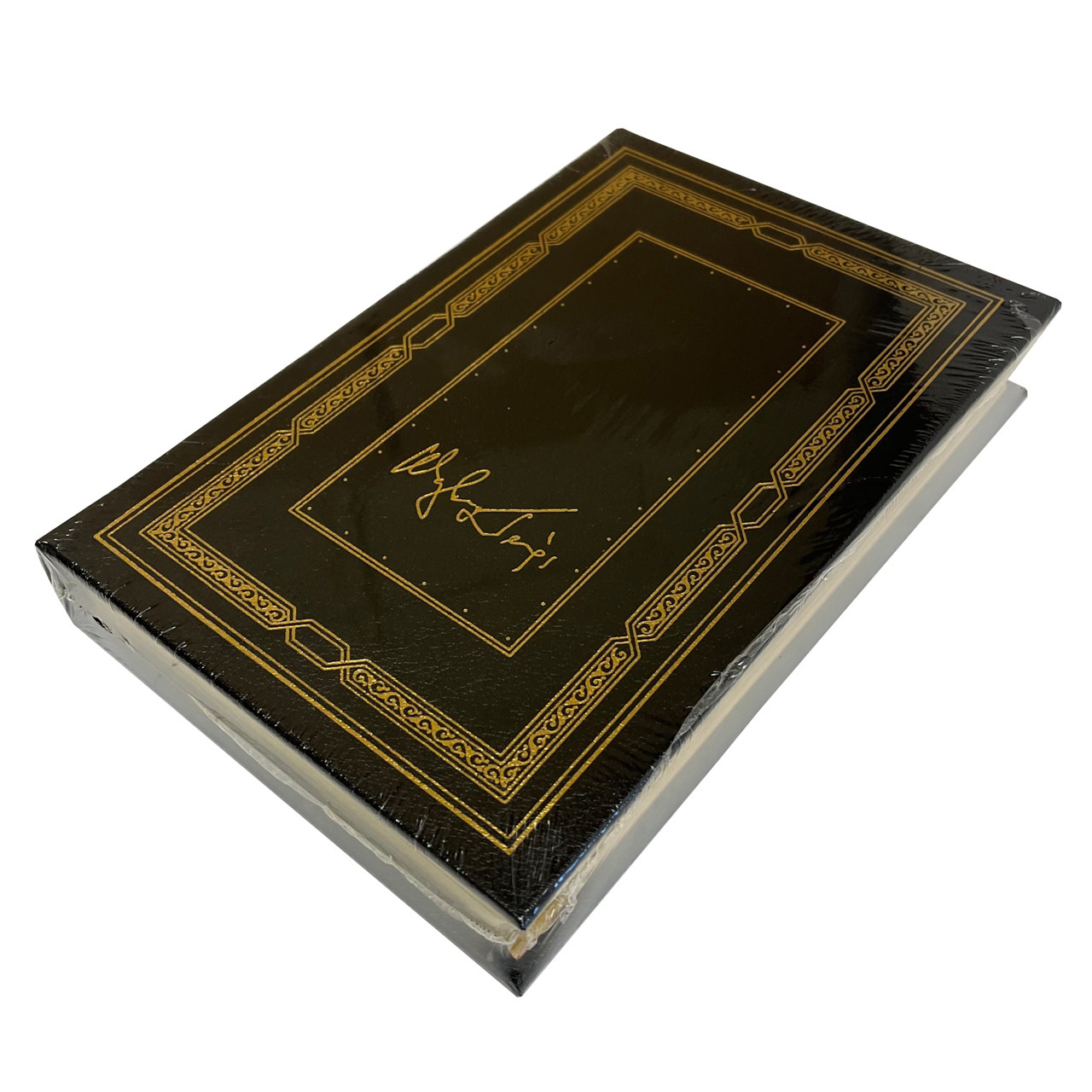 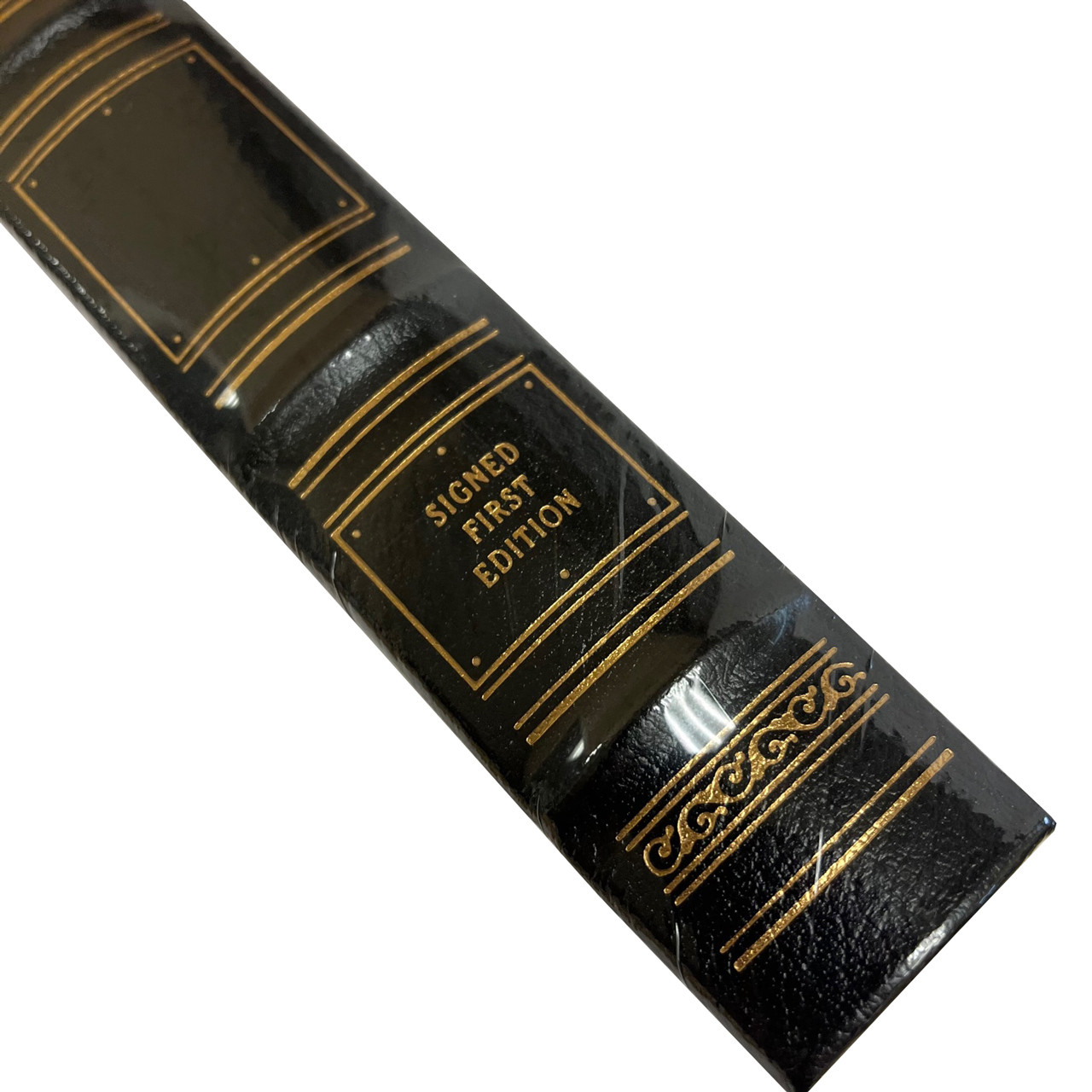 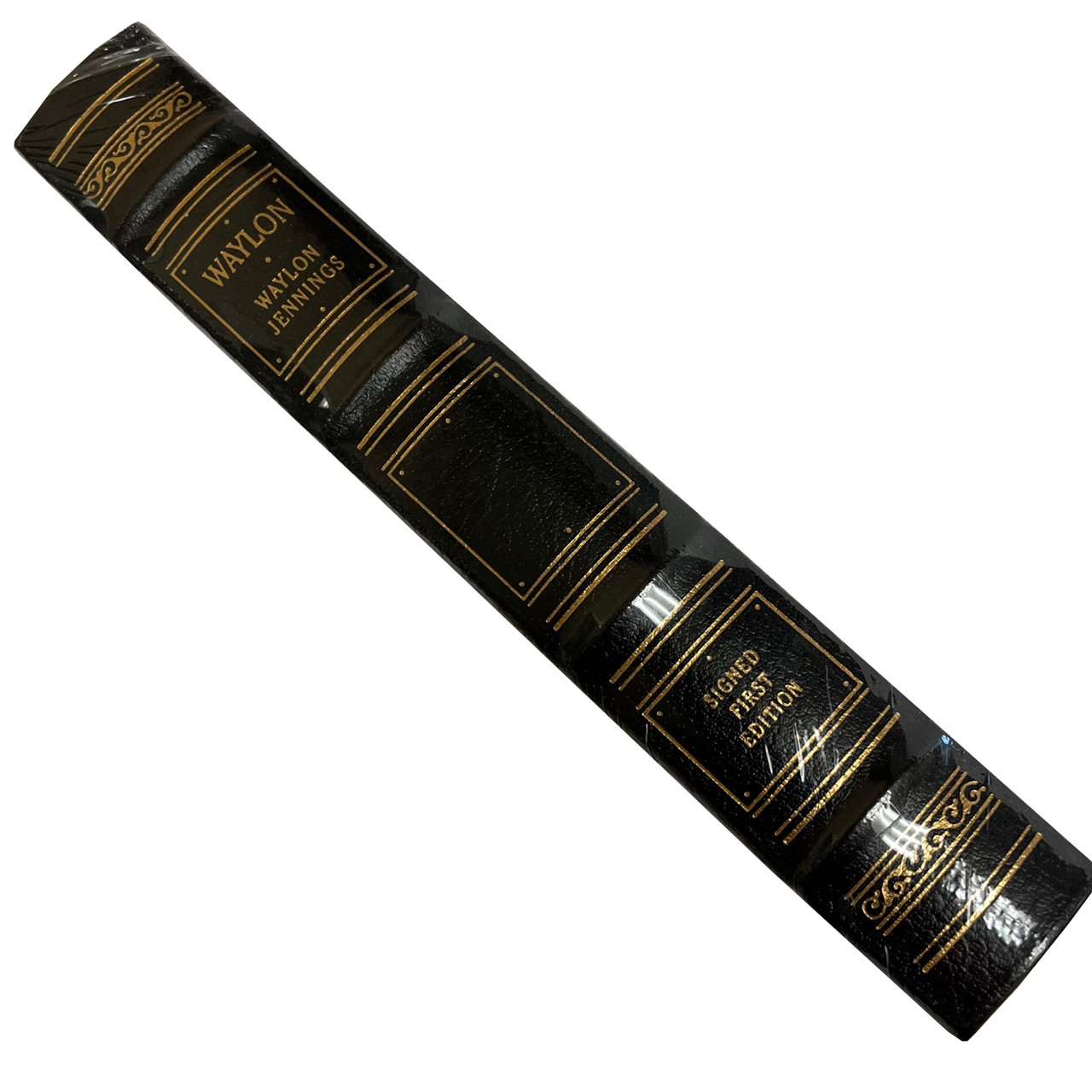 Personally signed by Waylon Jennings, the American singer, songwriter, musician, and actor. He pioneered the Outlaw Movement in country music. 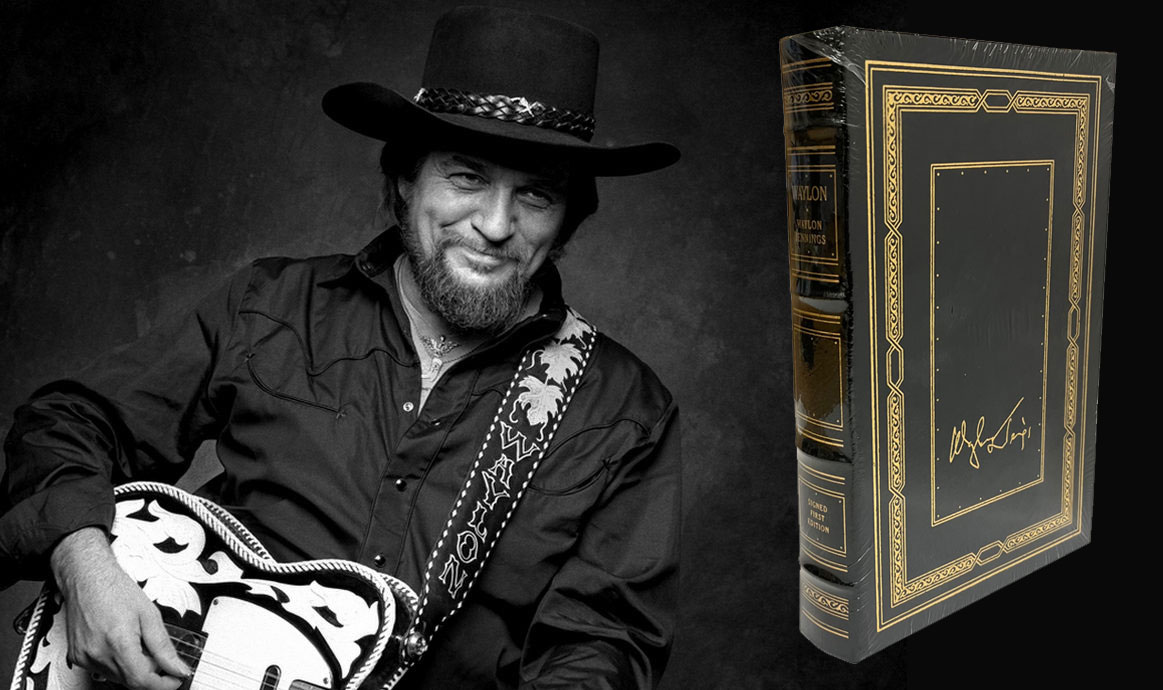 Waylon Jennings relates the story of his life as a country music star. His beginnings were poor but he became Buddy Holly's protege before sinking into drug abuse and 3 failed marriages. His success came when he met his wife, Jessi Colter.

The Grammy Award-winning country music singer traces his life and career, from his poor childhood to his battles with drugs and bankruptcy, his abortive early marriages, his relationships with other country music figures, and his budding television career.

Waylon Jennings (June 15, 1937 – February 13, 2002) was an American singer, songwriter, musician, and actor. He pioneered the Outlaw Movement in country music.

Jennings started playing guitar at the age of eight and performed at age fourteen on KVOW radio, after which he formed his first band, The Texas Longhorns. Jennings left high school at age sixteen, determined to become a musician, and worked as a performer and DJ on KVOW, KDAV, KYTI, KLLL, in Coolidge, Arizona, and Phoenix. In 1958, Buddy Holly arranged Jennings's first recording session, and hired him to play bass. Jennings gave up his seat on the ill-fated flight in 1959 that crashed and killed Holly, J. P. "The Big Bopper" Richardson and Ritchie Valens.

Jennings then formed a rockabilly club band, The Waylors, which became the house band at "JD's", a club in Scottsdale, Arizona. He recorded for independent label Trend Records and A&M Records, but did not achieve success until moving to RCA Victor, when he acquired Neil Reshen as his manager, who negotiated significantly better touring and recording contracts. After he gained creative control from RCA Records, he released the critically acclaimed albums Lonesome, On'ry and Mean and Honky Tonk Heroes, followed by the hit albums Dreaming My Dreams and Are You Ready for the Country.

During the 1970s, Jennings drove outlaw country. With Willie Nelson, Tompall Glaser and Jessi Colter he recorded country music's first platinum album, Wanted! The Outlaws. It was followed by Ol' Waylon and the hit song "Luckenbach, Texas". He was featured on the 1978 album White Mansions, performed by various artists documenting the lives of Confederates during the Civil War. He appeared in films and television series, including Sesame Street, and a stint as the balladeer for The Dukes of Hazzard, composing and singing the show's theme song and providing narration for the show. By the early 1980s, Jennings struggled with cocaine addiction, which he overcame in 1984. Later, he joined the country supergroup The Highwaymen with Willie Nelson, Kris Kristofferson, and Johnny Cash, which released three albums between 1985 and 1995. During that period, Jennings released the successful album Will the Wolf Survive.

Jennings toured less after 1997 to spend more time with his family. Between 1999 and 2001, his appearances were limited by health problems. In 2001, he was inducted into the Country Music Hall of Fame. In 2007, he was posthumously awarded the Cliffie Stone Pioneer Award by the Academy of Country Music. 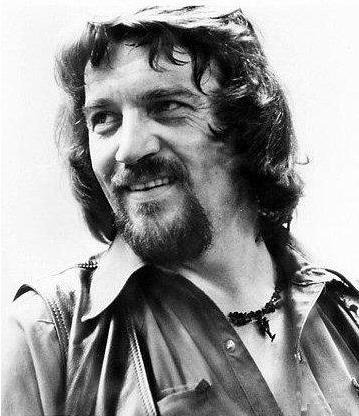