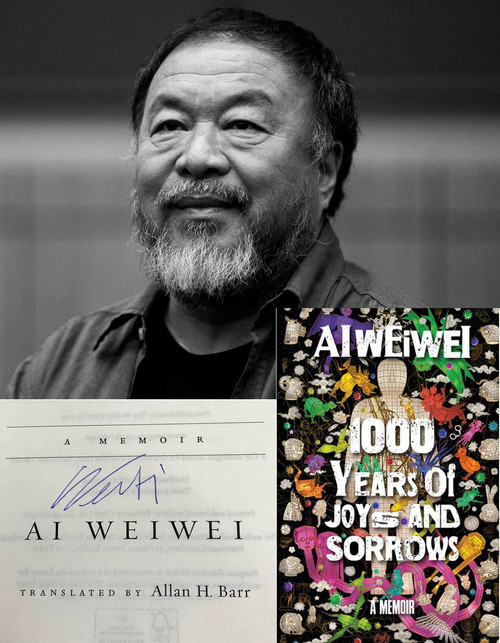 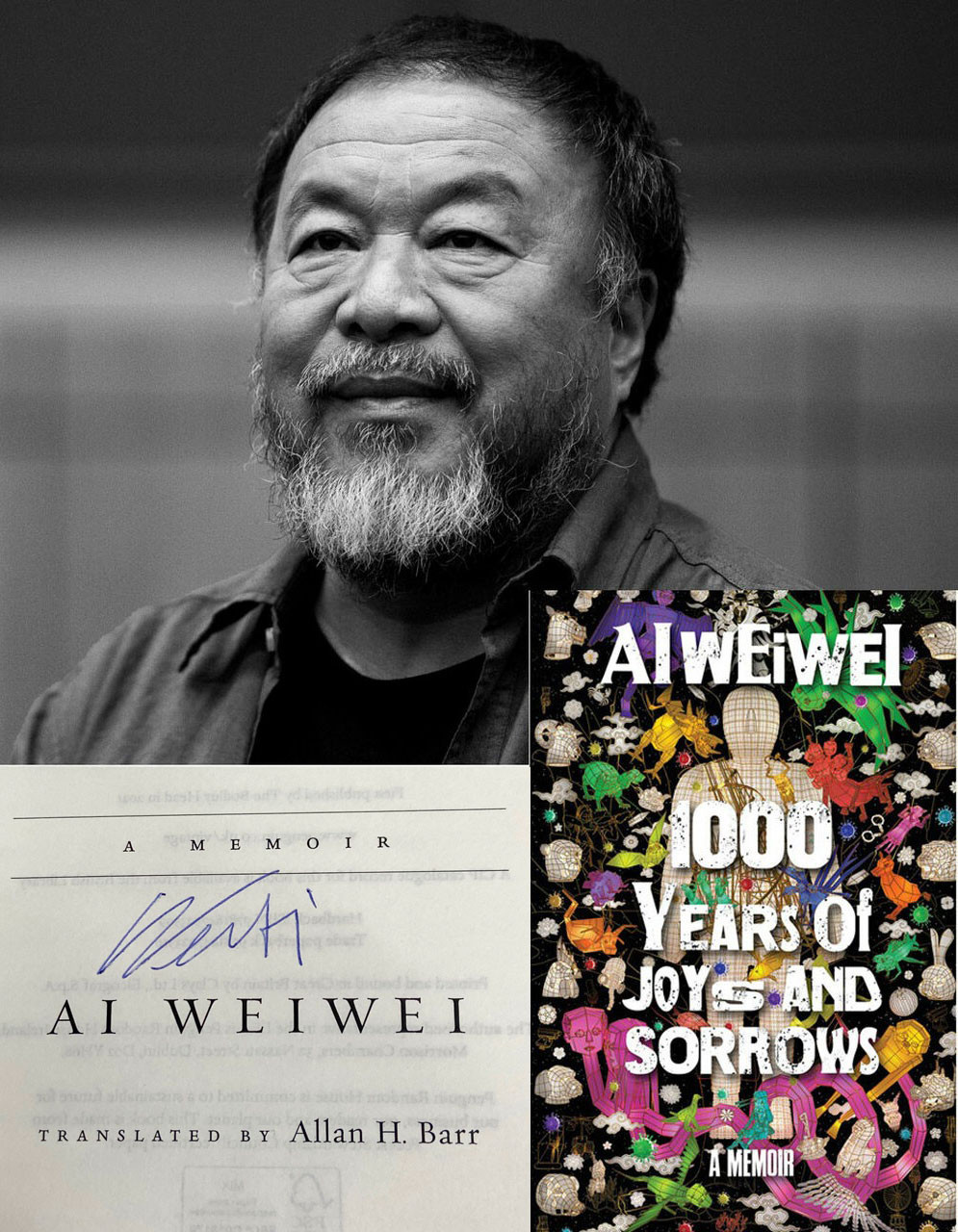 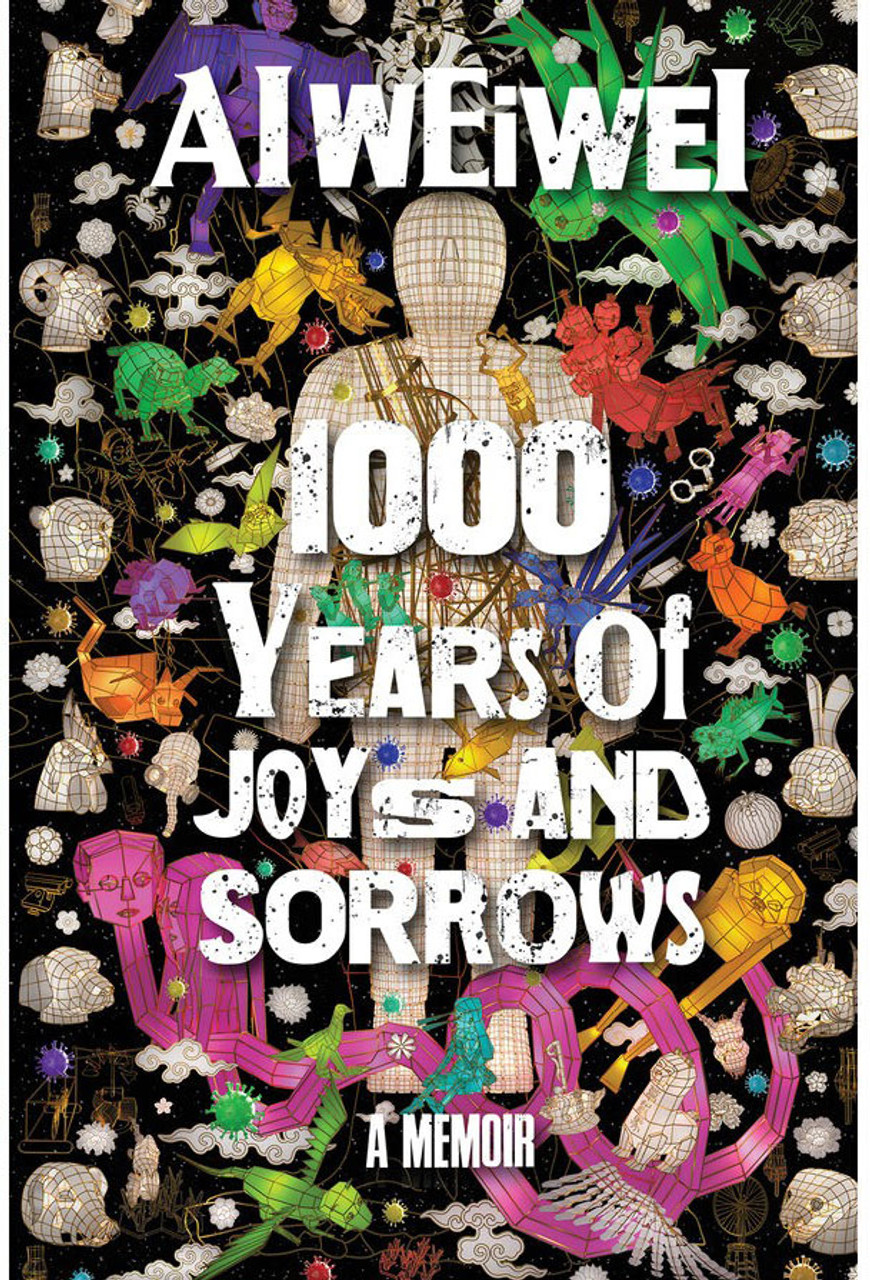 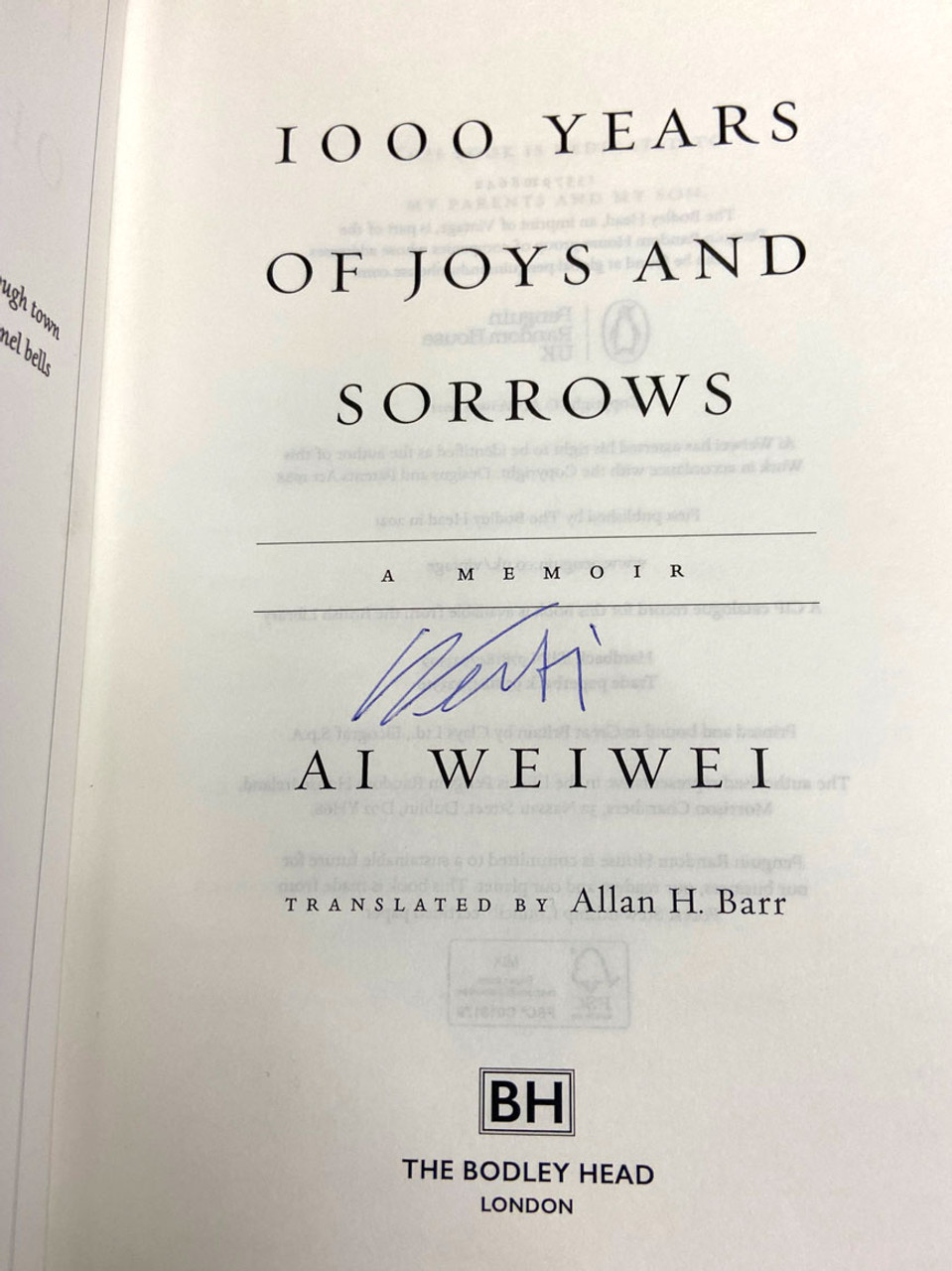 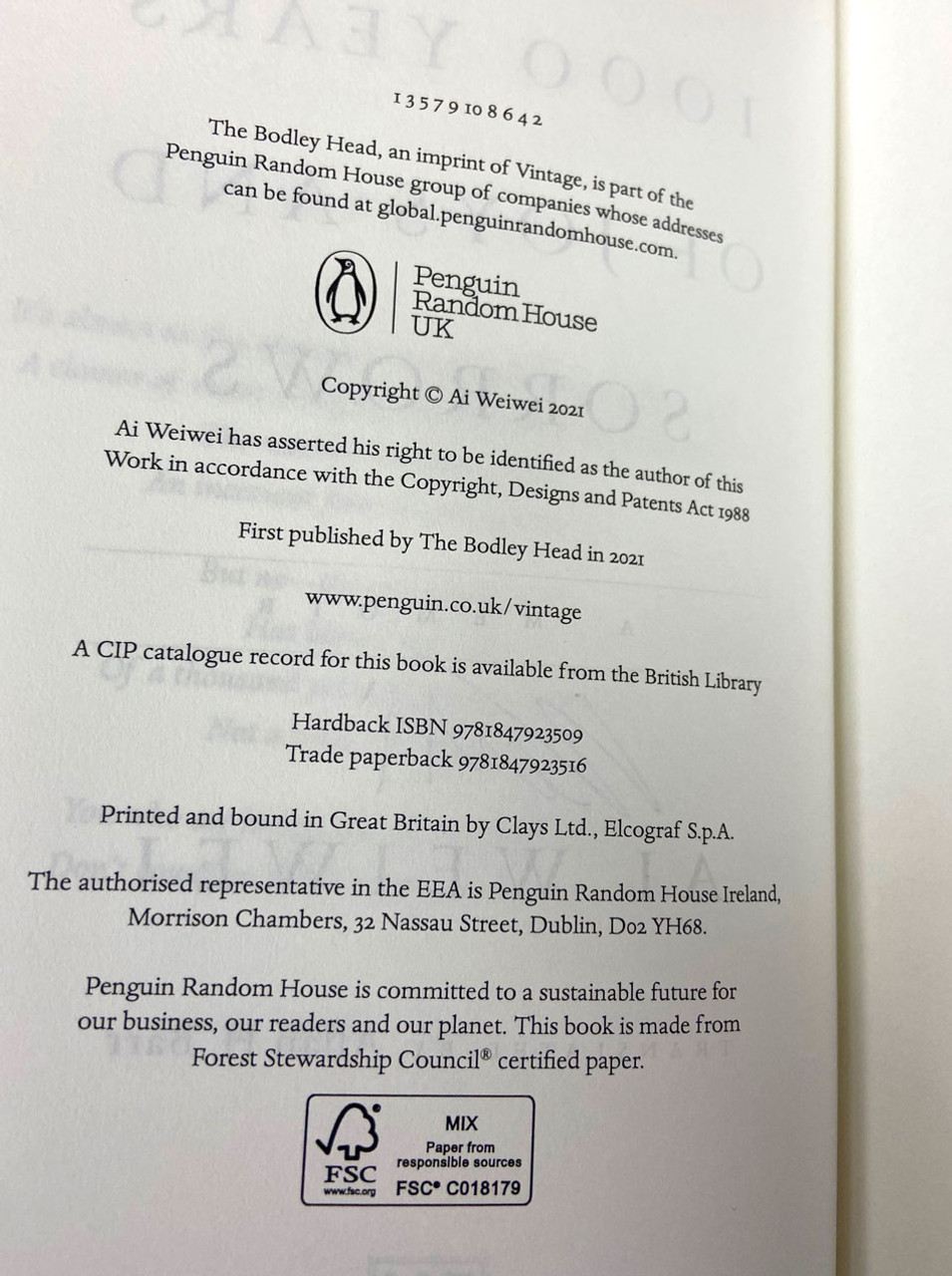 Personally signed by Ai Weiwei, one of the most important artists working in the world today 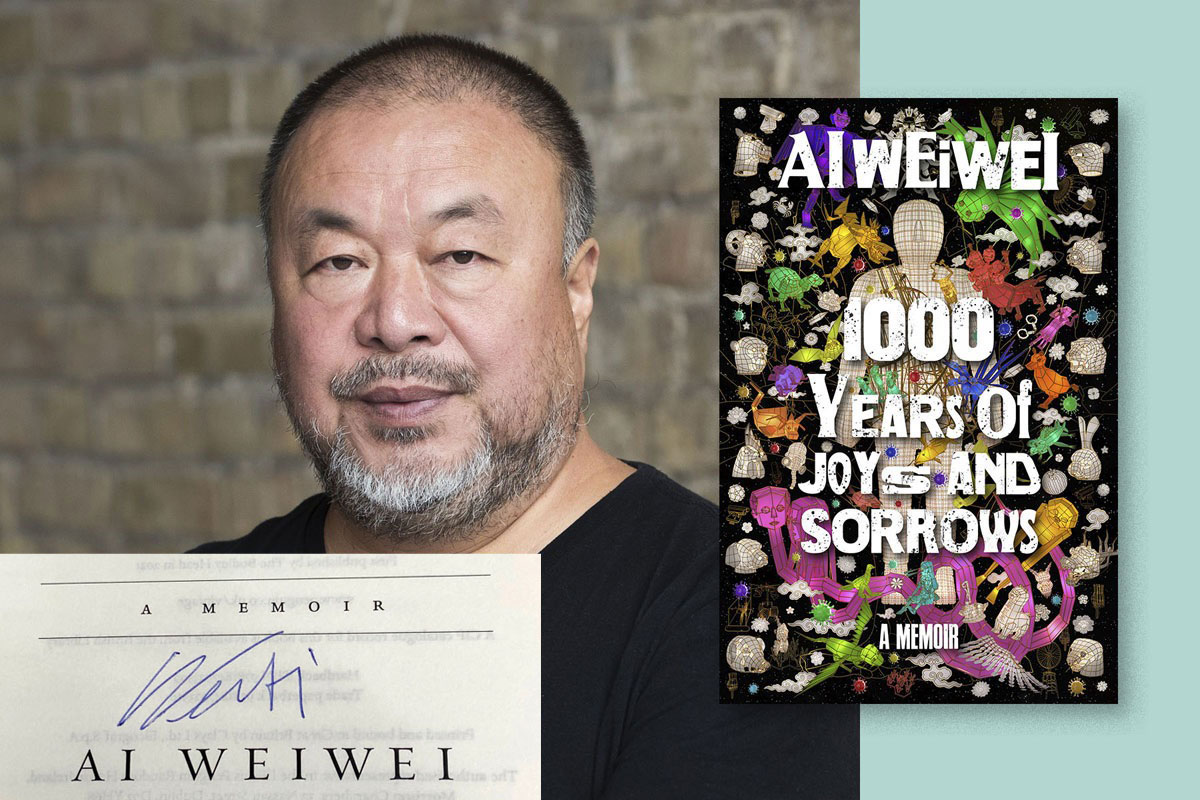 1000 Years of Joys and Sorrows gives us an astonishing portrait of China over the past hundred years, while illuminating Ai's artistic process. He explores the origins of his exceptional creativity and passionate political beliefs, and powerfully reveals the story of his father, Ai Qing, once an intimate of Mao Zedong and China’s most influential poet.

Exclusive to this Limited Slip-cased Edition

"The idea for this book came to me during the eighty-one days I was held in secret detention by the Chinese government in 2011," says Ai. "During those long weeks, I thought often of my father, a poet who had been exiled during Mao Zedong’s Anti-Rightist Campaign. I realised how incomplete my understanding of him was and how much I regretted the unbridgeable gap between us. I did not want my son to suffer the same regret. I resolved that if I was released I would write down what I knew of my father and tell my son honestly who I am, what life is like, why freedom is so precious, and why autocracy fears art." - Ai Weiwei

PERSONALLY SIGNED DIRECTLY ONTO THE TITLE PAGE (NO BOOKPLATES)

This edition has been personally signed by Ai Weiwei directly onto the title page of the book and NOT on a bookplate or a tipped-in page as in the US or Canadian publications. This is the most desirable UK Signed First Edition.

You will receive a slip-cased FIRST EDITION, FIRST PRINTING with the full number line (1 3 5 7 9 10 8 6 4 2 ) as required on the copyright page by the publisher. "First published by The Bodley Head in 2021" is also printed on the copyright page. Because of its 1st/1st status, this special slipcased edition will become a valuable addition to your library. It can also make a wonderful unique gift for someone special. 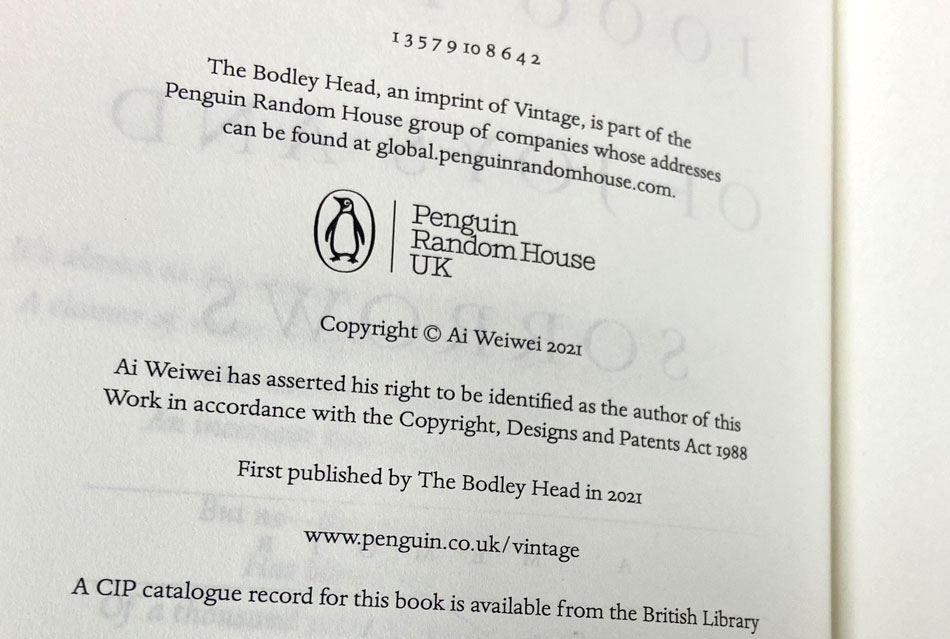 1000 YEARS OF JOYS AND SORROWS

In his widely anticipated memoir, “one of the most important artists working in the world today” (Financial Times) tells a century-long epic tale of China through the story of his own extraordinary life and the legacy of his father, the nation’s most celebrated poet.

“An impassioned testament to the enduring powers of art—to challenge the state and the status quo, to affirm essential and inconvenient truths, and to assert the indispensable agency of imagination and will in the face of political repression.”—Michiko Kakutani

Hailed as “an eloquent and seemingly unsilenceable voice of freedom” by The New York Times, Ai Weiwei has written a sweeping memoir that presents a remarkable history of China over the last hundred years while also illuminating his artistic process.

Once an intimate of Mao Zedong and the nation’s most celebrated poet, Ai Weiwei’s father, Ai Qing, was branded a rightist during the Cultural Revolution, and he and his family were banished to a desolate place known as “Little Siberia,” where Ai Qing was sentenced to hard labor cleaning public toilets. Ai Weiwei recounts his childhood in exile, and his difficult decision to leave his family to study art in America, where he befriended Allen Ginsberg and was inspired by Andy Warhol. With candor and wit, he details his return to China and his rise from artistic unknown to art world superstar and international human rights activist—and how his work has been shaped by living under a totalitarian regime.

Ai Weiwei’s sculptures and installations have been viewed by millions around the globe, and his architectural achievements include helping to design the iconic Bird’s Nest Olympic Stadium in Beijing. His political activism has long made him a target of the Chinese authorities, which culminated in months of secret detention without charge in 2011. Here, for the first time, Ai Weiwei explores the origins of his exceptional creativity and passionate political beliefs through his life story and that of his father, whose creativity was stifled.

At once ambitious and intimate, 1000 Years of Joys and Sorrows offers a deep understanding of the myriad forces that have shaped modern China, and serves as a timely reminder of the urgent need to protect freedom of expression.

1000 Years of Joys and Sorrows chronicles Ai Weiwei’s early years and the myriad forces that have shaped modern China.
Featuring photos and memories of Weiwei’s childhood spent in exile with his father, poet Ai Qing, who Mao Zedong branded a “rightist intellectual” for his critical view of the government 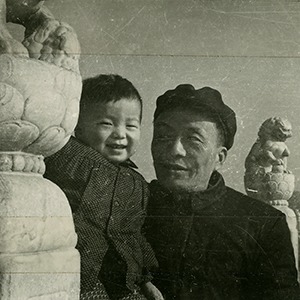 Stories and personal photos from Ai Weiwei’s burgeoning career and international influences
Includes Weiwei’s time spent in New York City in the 1980s, his early artistic influences, and his return to China with a renewed passion for pushing the boundaries of expression 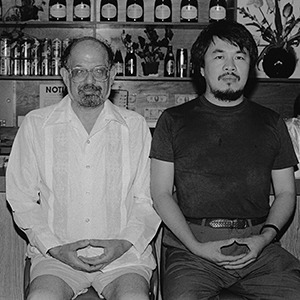 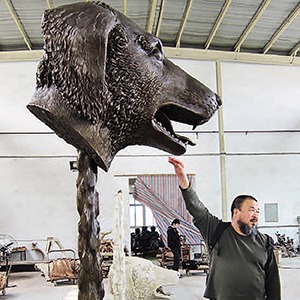 “[This memoir] is both intimate and expansive, an interrogation of art and freedom. . . . It’s a fascinating sociopolitical history, and a behind-the-scenes look at how one of the world’s most significant living artists became who he is.”—Time

“Ai Weiwei is one of the world’s greatest living artists. He is a master of multiple media. His work is always thought-provoking, unpredictable, and immensely personal.”—Elton John, author of Me

“With uncommon humanity, humbling scholarship, and poignant intimacy, Ai Weiwei recounts a life of courage, argument, defeat, and triumph. His is one of the great voices of our time.”—Andrew Solomon, author of Far from the Tree: Parents, Children, and the Search for Identity and Far and Away: How Travel Can Change the World

“Like the author’s brilliant installations and films, the book is an impassioned testament to the enduring powers of art—to challenge the state and the status quo, to affirm essential and inconvenient truths, and to assert the indispensable agency of imagination and will in the face of political repression.”—Michiko Kakutani, author of Ex Libris: 100+ Books to Read and Reread

“This is the rarest sort of memoir, rising above the arc of history to grasp at the limits of the soul. Ai’s work is a remarkable testament to the eternal power of the simple, daring truth, underlining that an artist without the courage to speak it is merely a decorator—and a citizen without it is a subject.”—Edward Snowden, author of Permanent Record

“Ai Weiwei’s intimate, unflinching memoir is an instant classic in the literature of China’s rise, a protest against the destruction of memory, and a glorious testament to the power of free expression.”—Evan Osnos, author of Age of Ambition: Chasing Fortune, Truth, and Faith in the New China

“One thousand years of joys and sorrows are here concentrated into a mere one hundred. They are years that teem with life of a startling variety. The presentation is artful and the translation exquisite.”—Perry Link, author of An Anatomy of Chinese: Rhythm, Metaphor, Politics

“Revelatory and moving . . . Ai Weiwei’s historically precise, generously candid, and deeply delving chronicle is clarion testimony to how intrinsic art is to human nature and to defining and protecting human rights.”—Booklist (starred review)

“Engrossing . . . Ai creates a vivid portrait of two generations grappling with their place in the Chinese cultural and political landscape, and gives readers a glimpse of his approach to art and the creative process. Highly recommended.”—Library Journal (starred review)

“An extravagantly rewarding hybrid: a combination history of modern China, biography of a dissident poet and memoir by his provocateur son . . . a rousing but even-tempered call to action . . . His book is the story of an artist finding his voice.”—Shelf Awareness