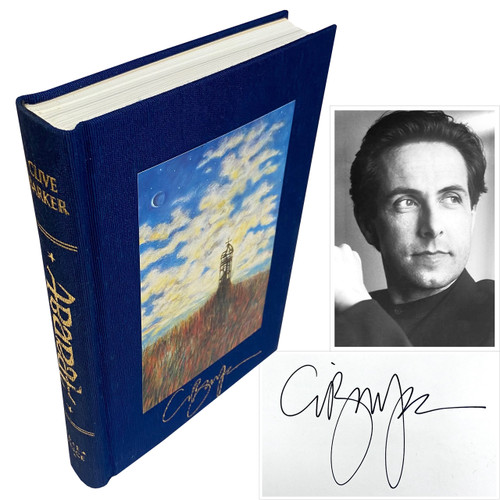 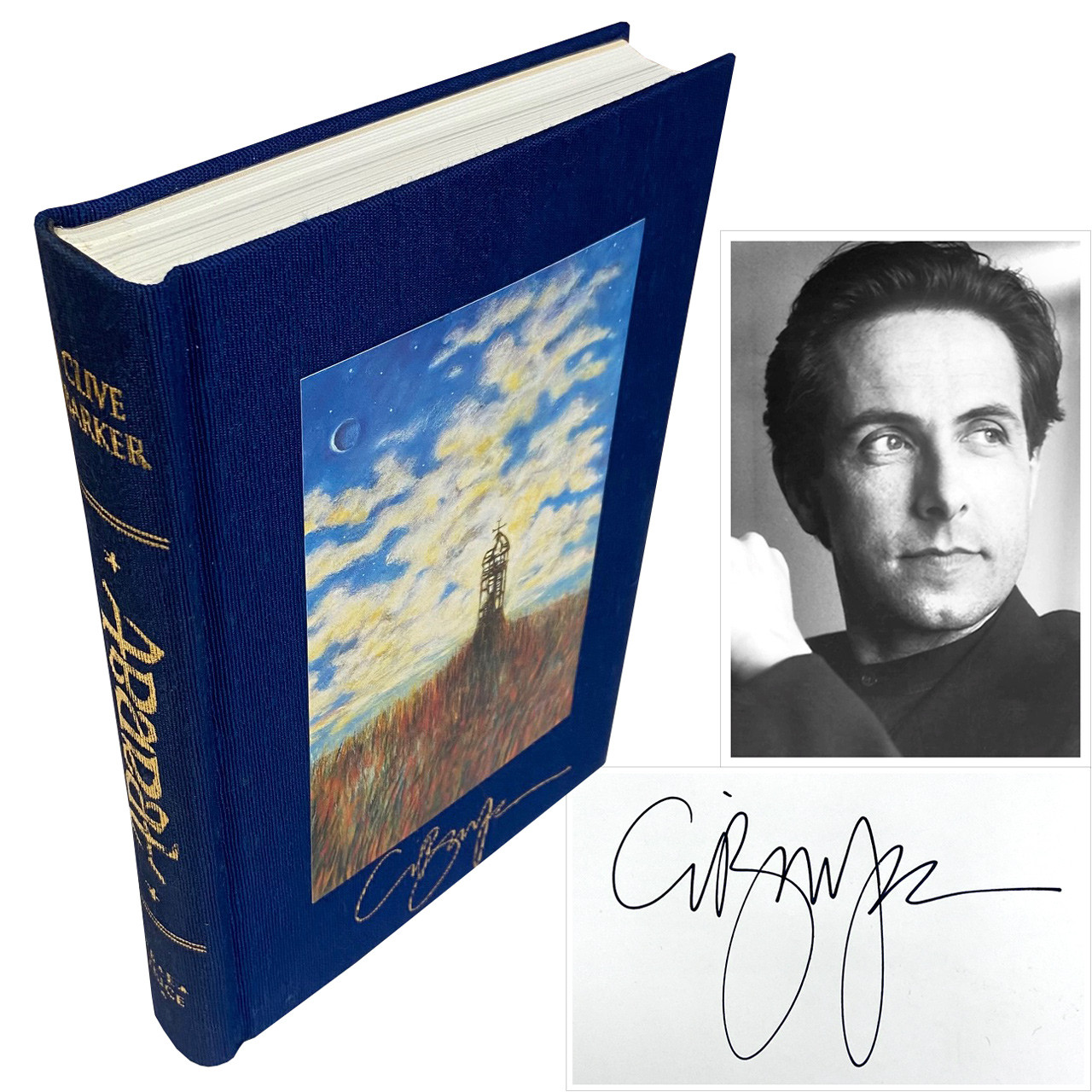 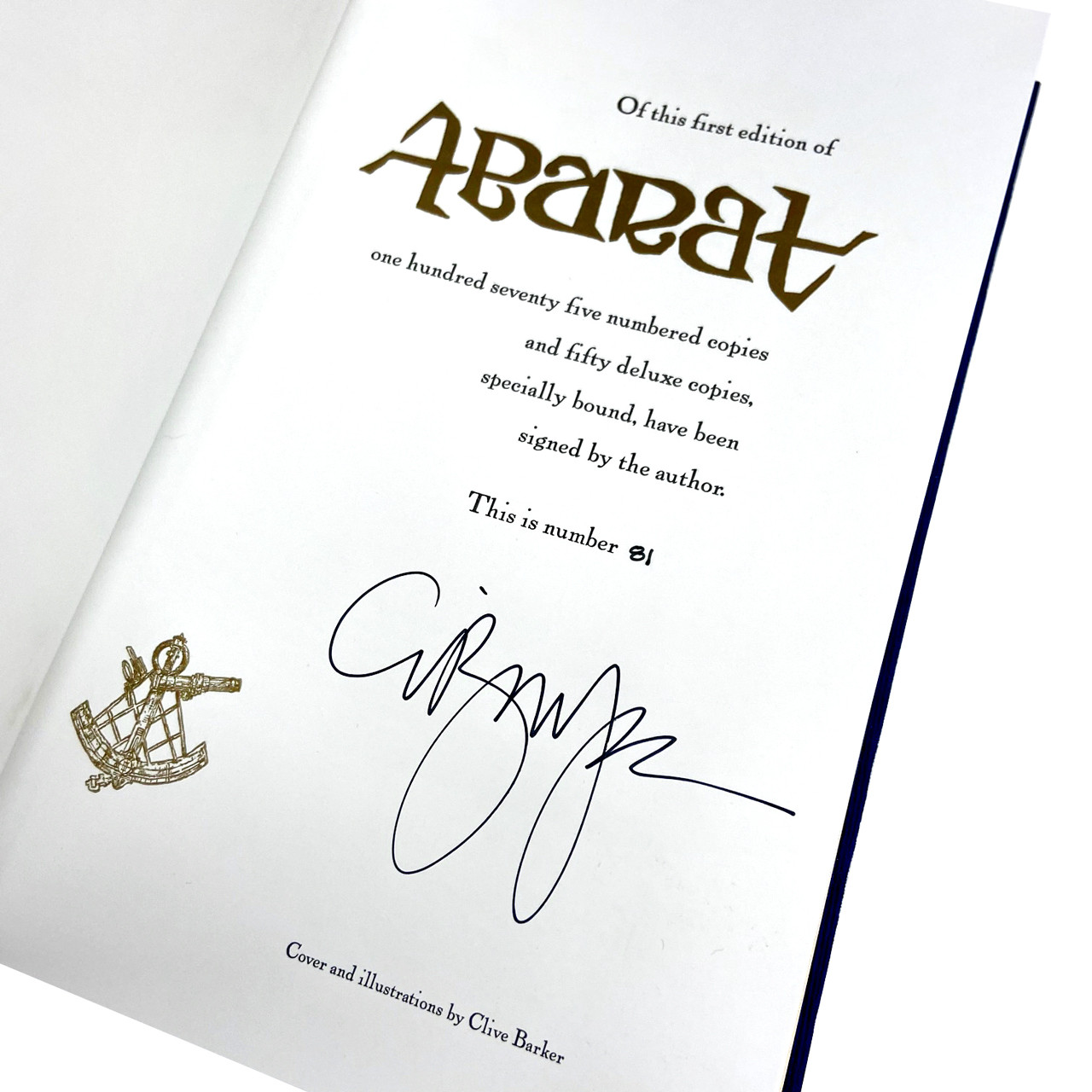 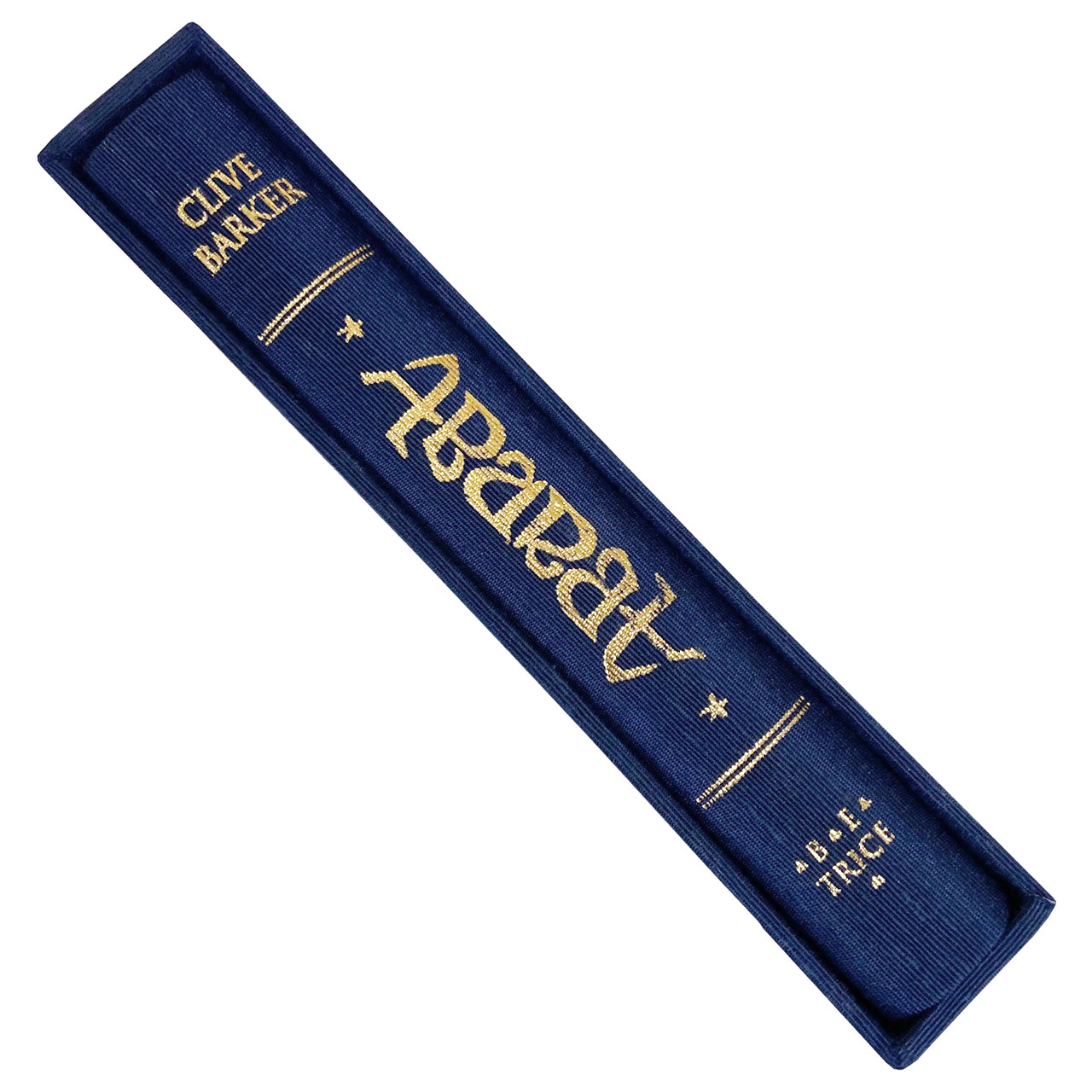 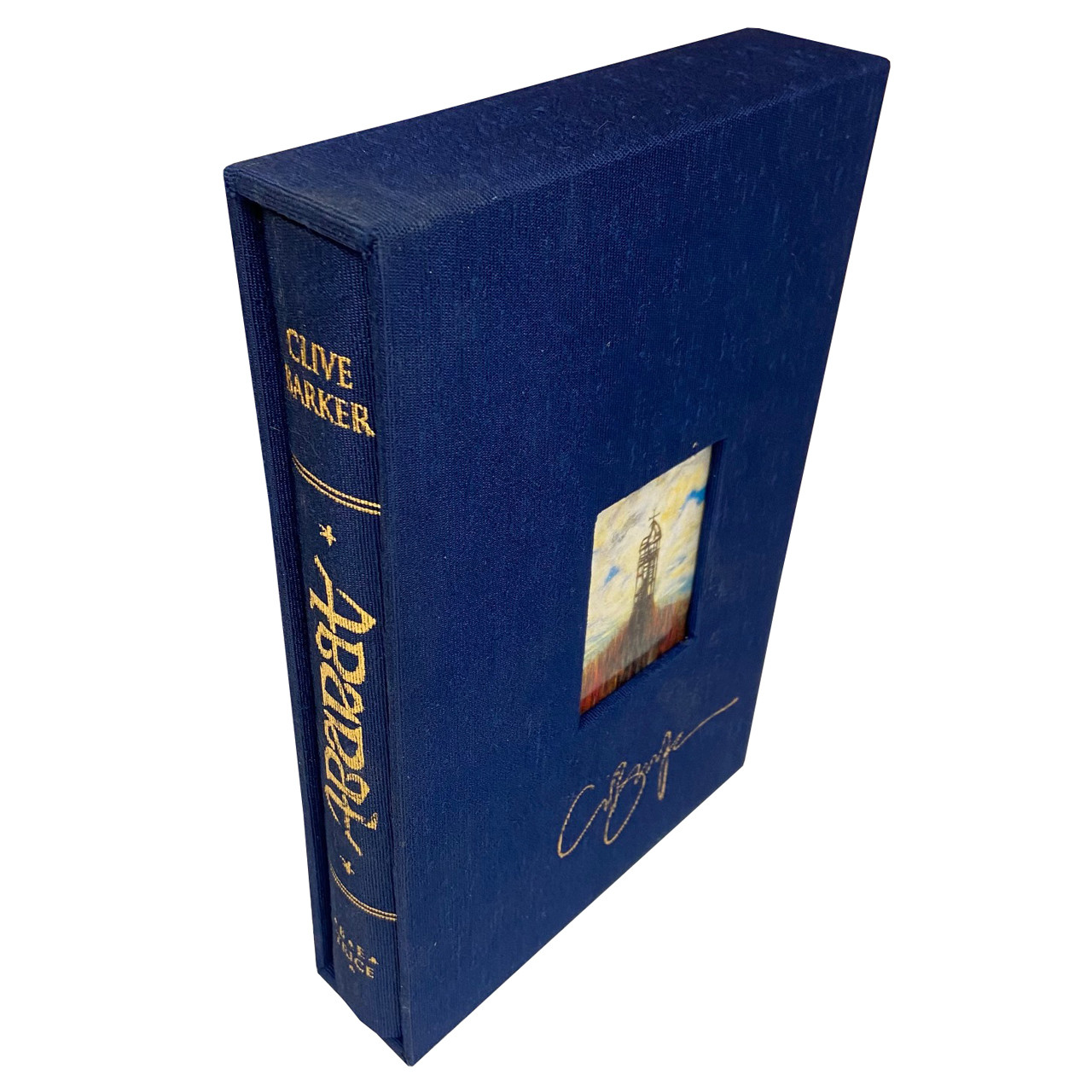 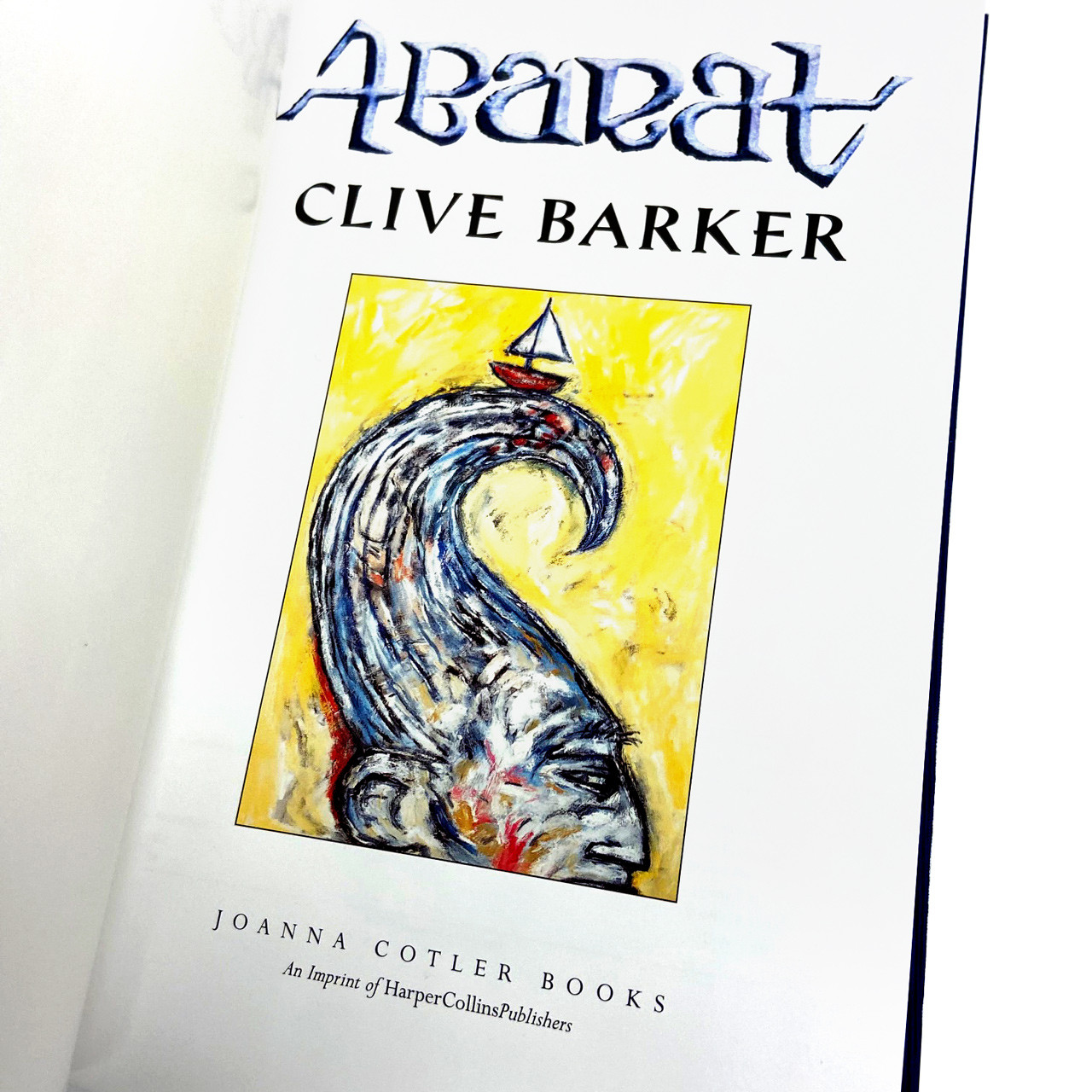 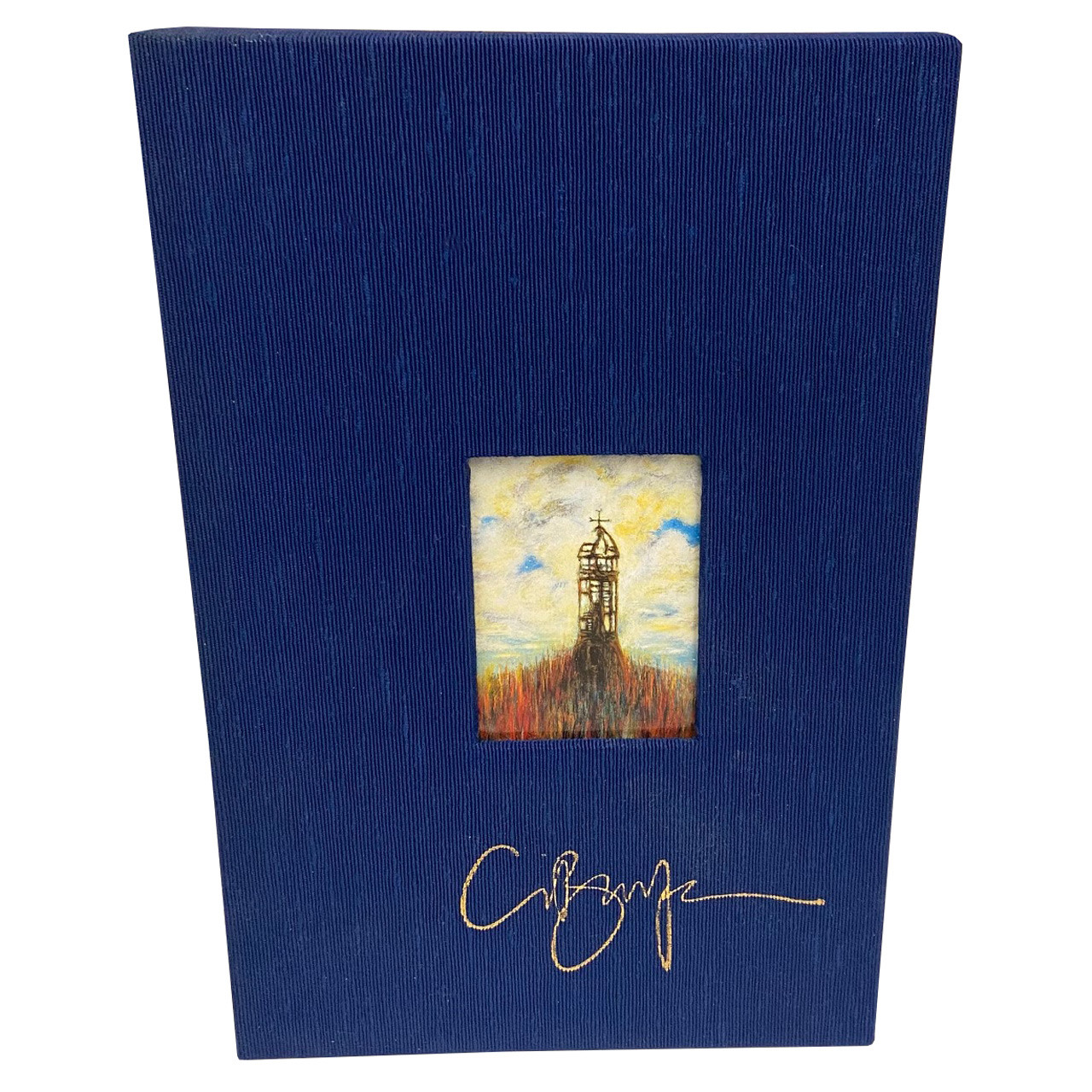 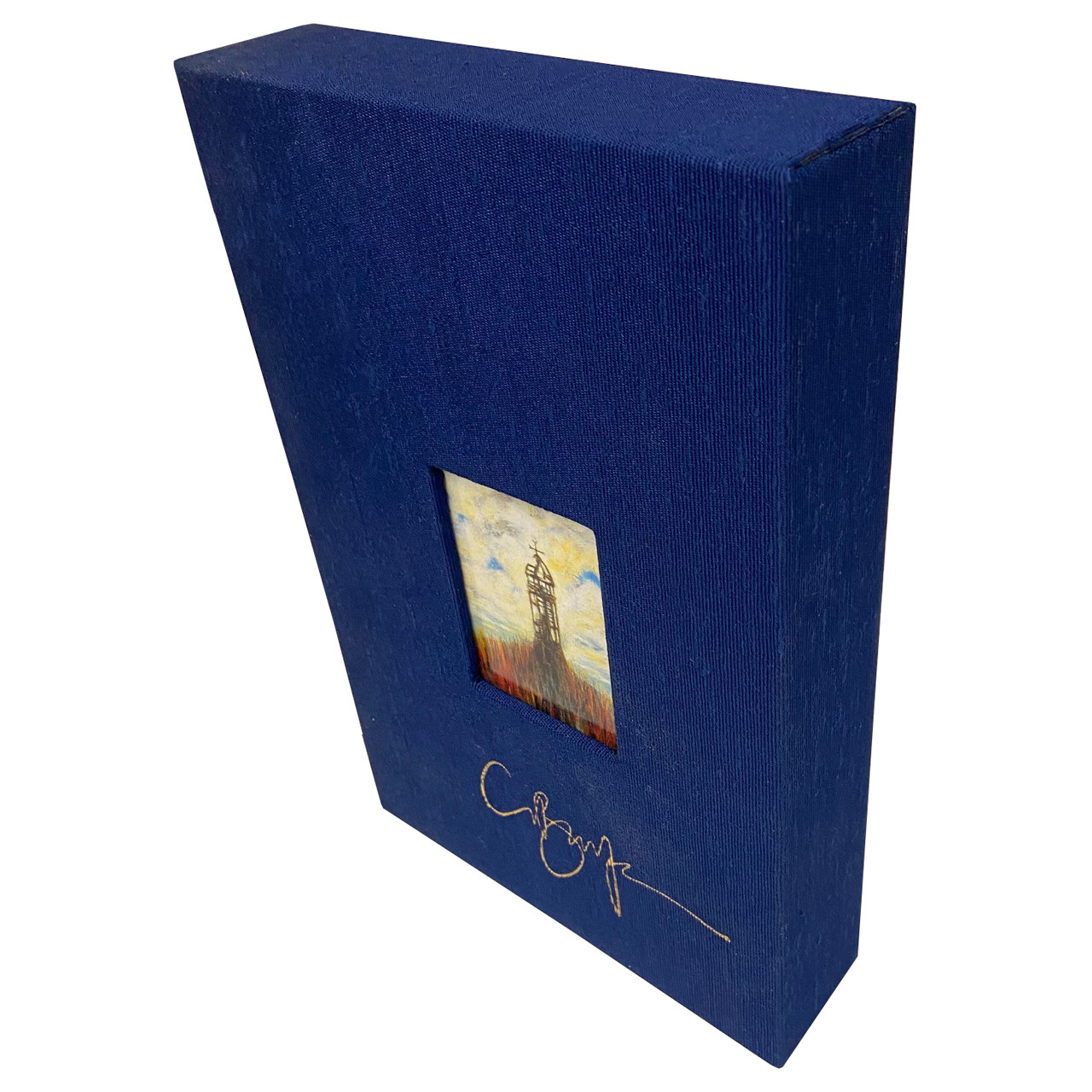 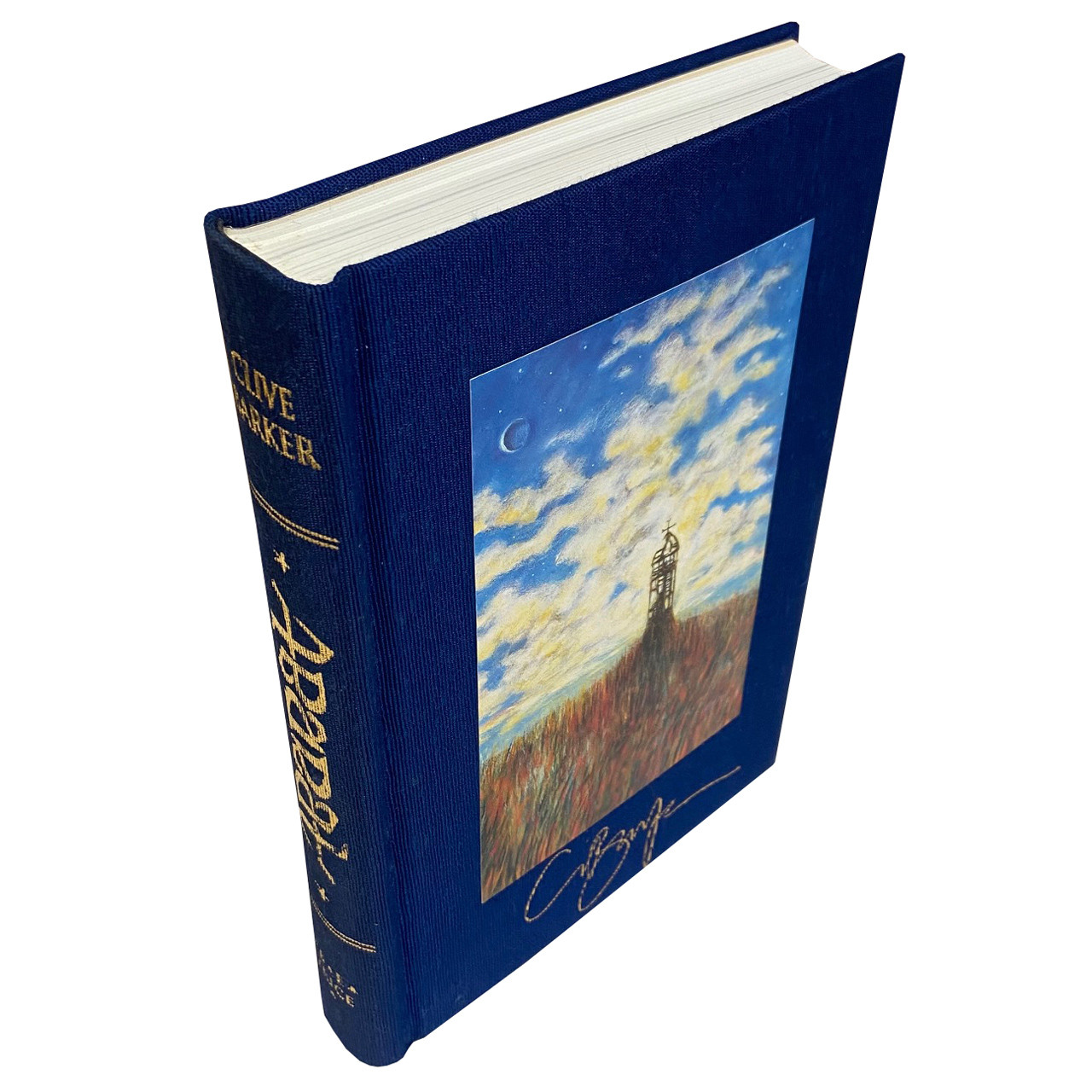 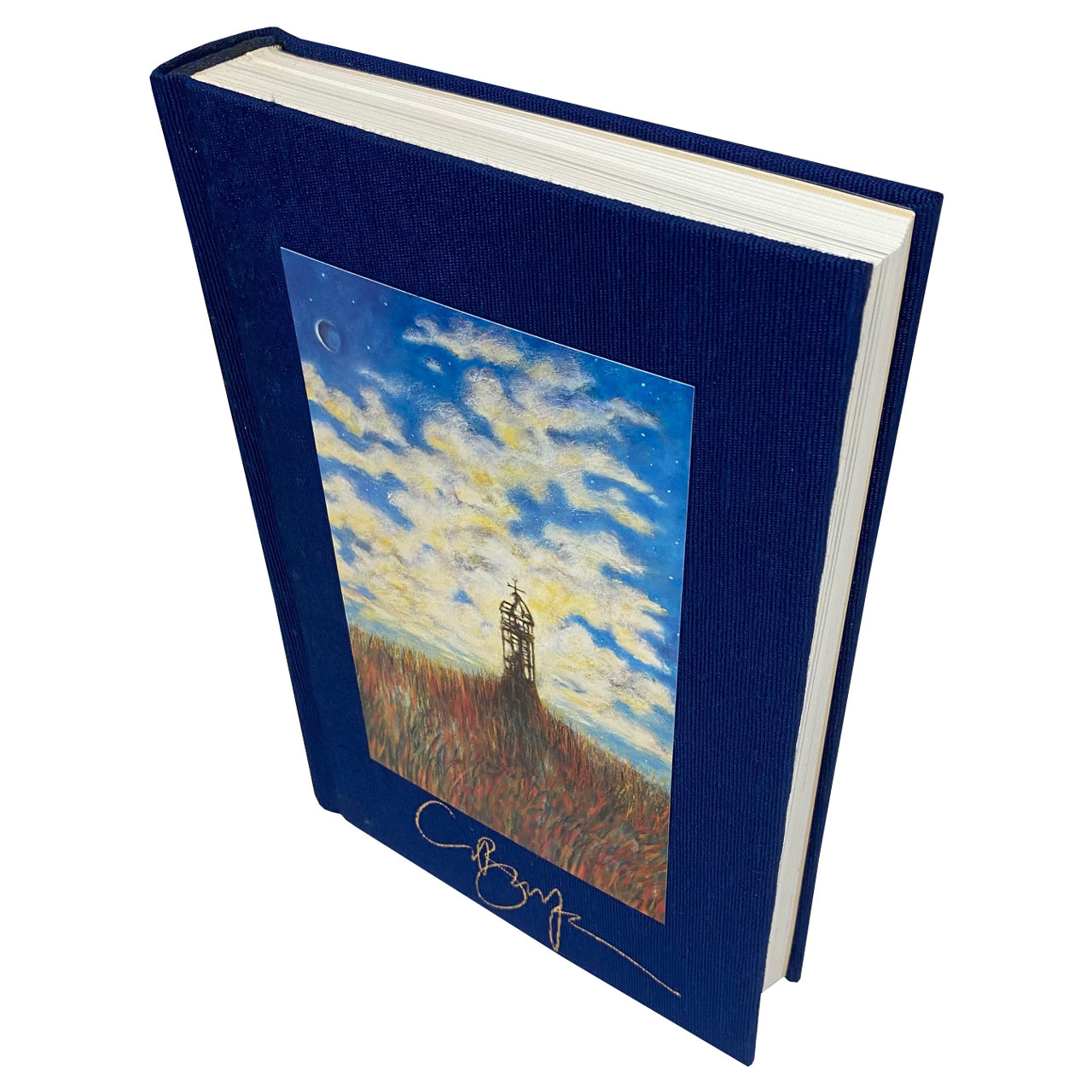 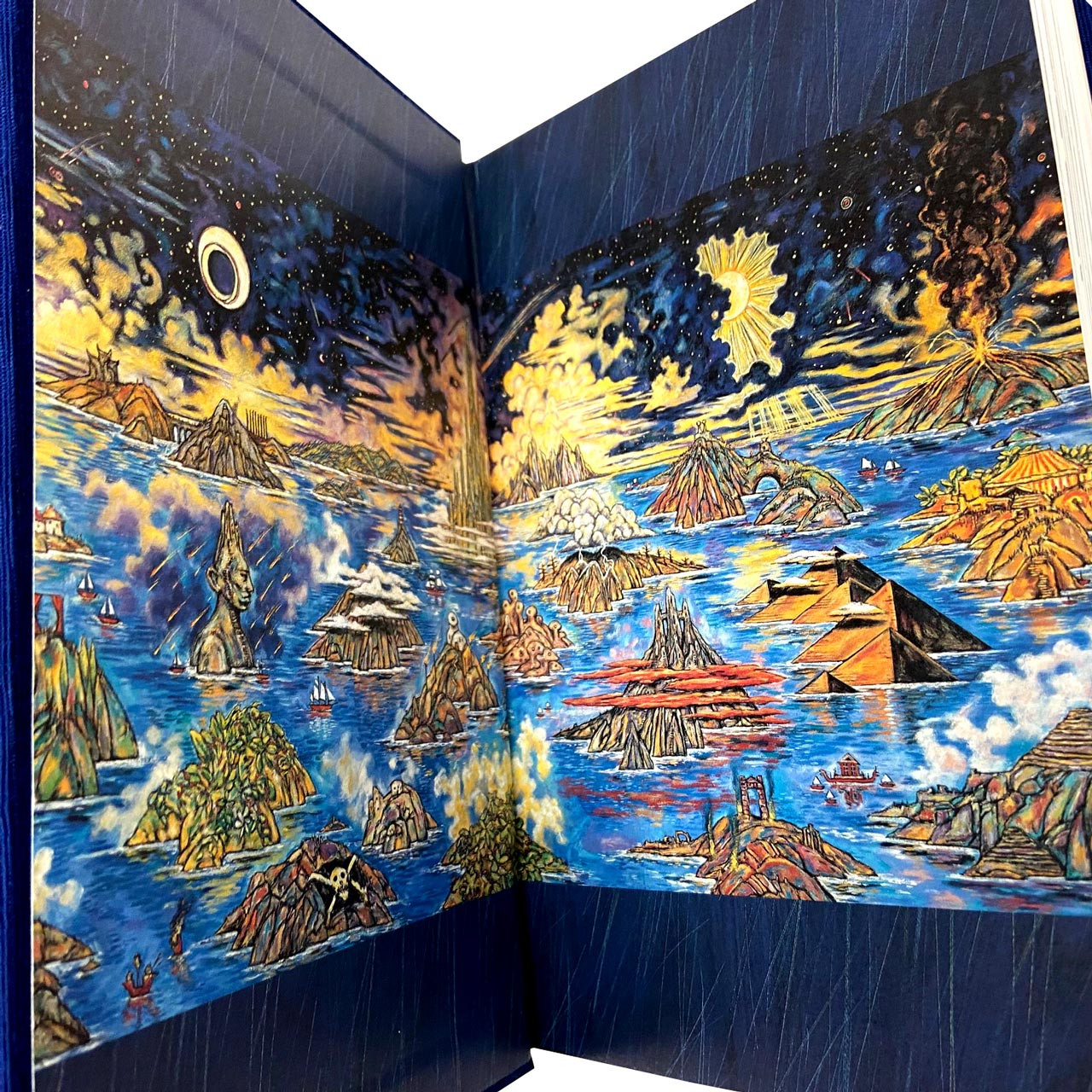 Personally signed by Clive Barker directly onto the limitation page. 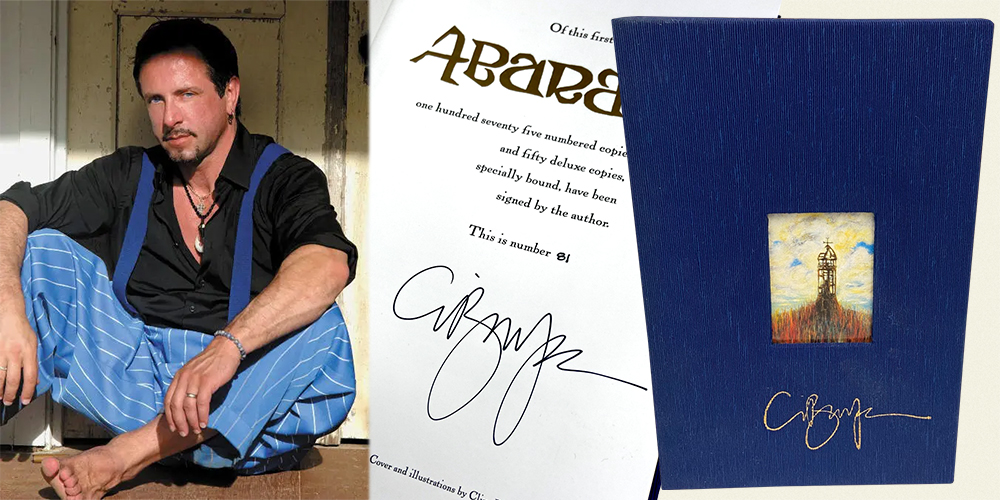 Clive Barker, author of The Thief of Always, delivers an epic battle filled with fantasy and adventure that readers won't want to put down!

A journey beyond imagination is about to unfold...

It begins in Chickentown, USA. There lives Candy Quackenbush, her heart bursting for some clue as to what her future might hold.

When the answer comes, it’s not one she expects.

Welcome to the Abarat, a vast archipelago where every island is a different hour of the day. Candy has a place in this extraordinary land: She is here to help save the Abarat from the dark forces that are stirring at its heart—forces older than Time itself, and more evil than anything Candy has ever encountered. She’s a strange heroine, she knows. But this is a strange world.

And in the Abarat, all things are possible.

Abarat (2002) is a fantasy novel written and illustrated by Clive Barker, the first in Barker's The Books of Abarat series. It is aimed primarily at young adults. The eponymous Abarat is a fictional archipelago which is the setting for the majority of the story.

The title image contains an ambigram, which may indicate that it's derived from the Russian word 'наоборот' meaning 'backwards'.[citation needed] The paintings in the book are done with oils. Barker had already completed 300 paintings before he started working on the first book. By most accounts, Barker realised early that the story he wanted to tell could not be contained in one book. The American Library Association picked Abarat as one of its Best Books for Young Adults.

Clive Barker (born 5 October 1952) is an English playwright, author, film director, and visual artist. Barker came to prominence in the mid-1980s with a series of short stories, the Books of Blood, which established him as a leading horror writer. He has since written many novels and other works, and his fiction has been adapted into films, notably the Hellraiser series, the first installment of which he also wrote and directed, and the Candyman series. Barker also serves as an executive producer on the film Gods and Monsters, which won an Academy Award for Best Adapted Screenplay.

Fine/Fine without any flaws. A wonderful bright clean copy free of any markings, writings, or stamps inside the book. Sharp corners that are not bumped. Square and tight binding. Unread book.