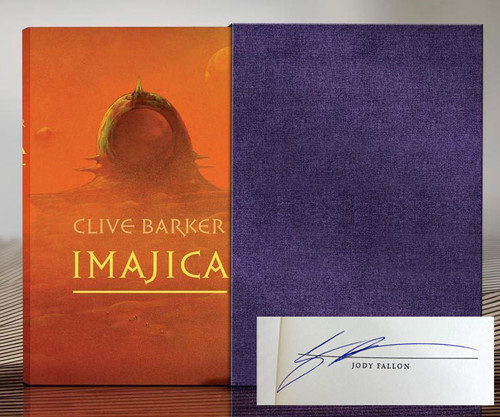 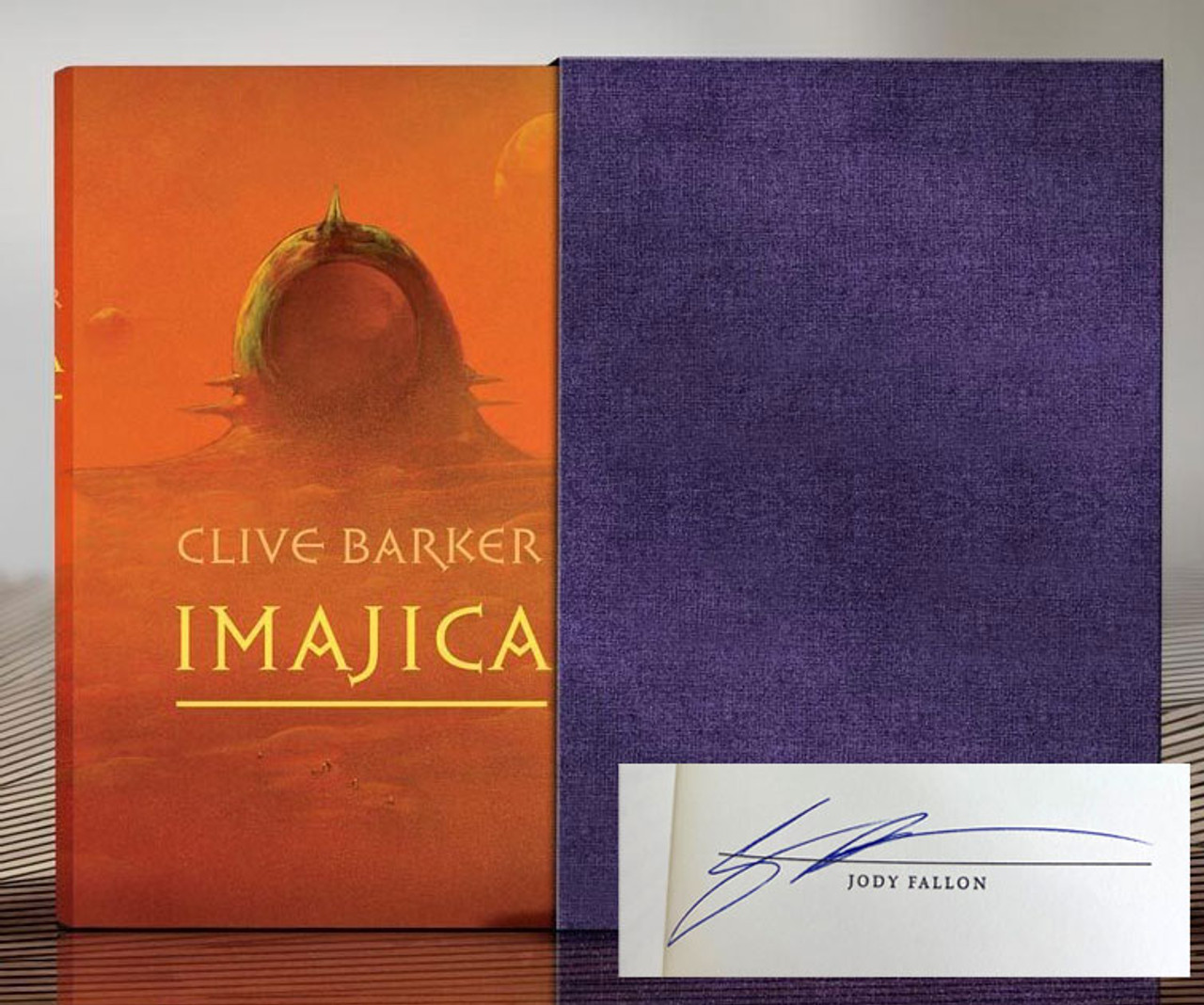 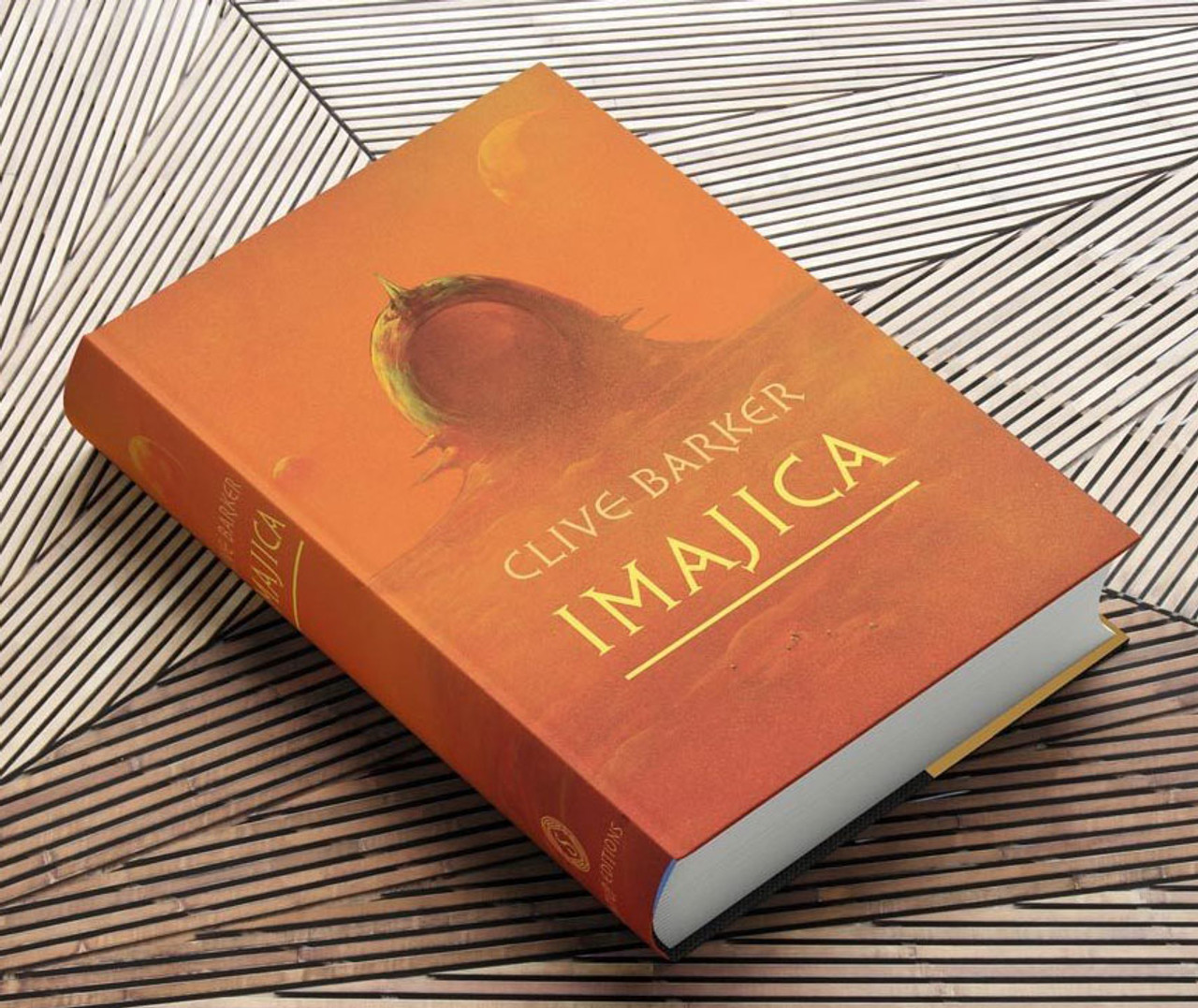 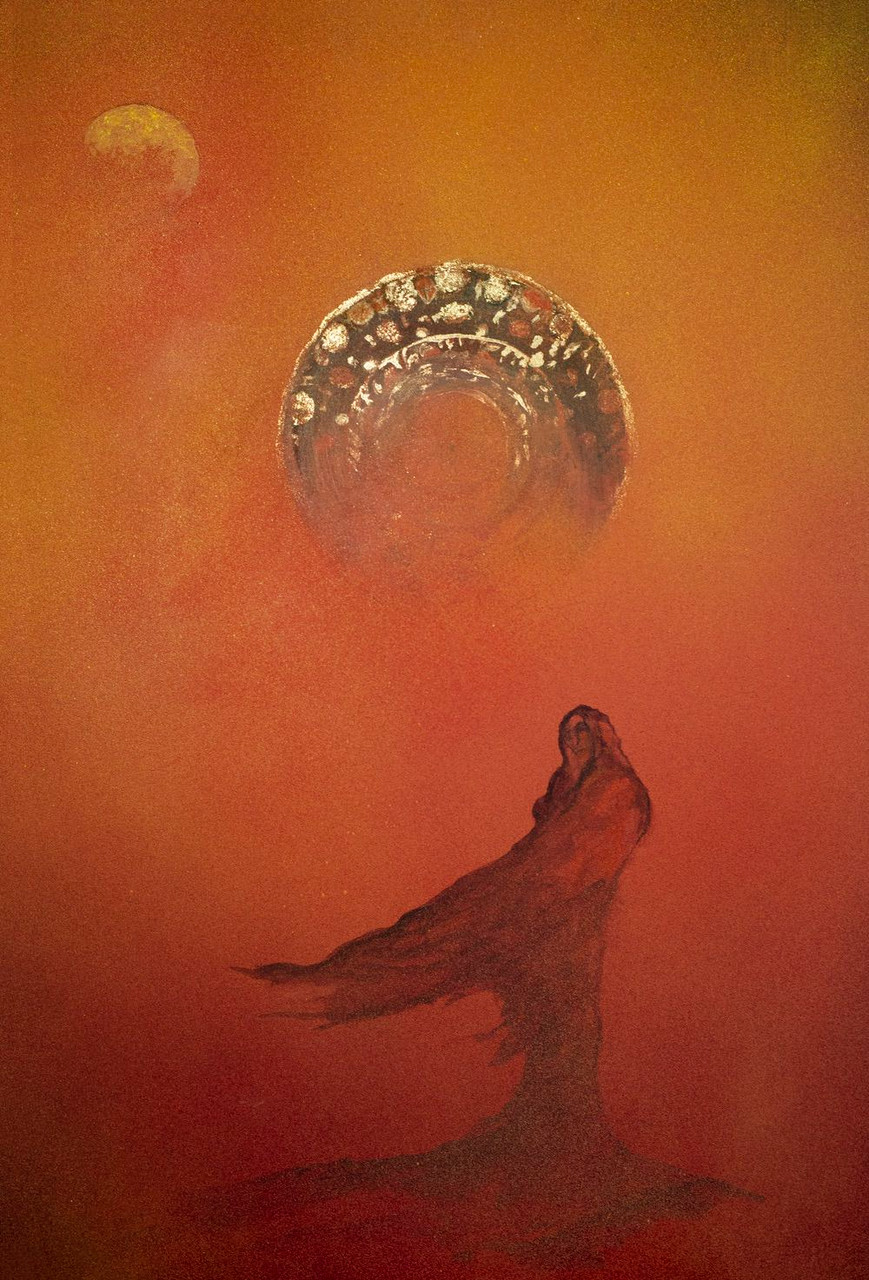 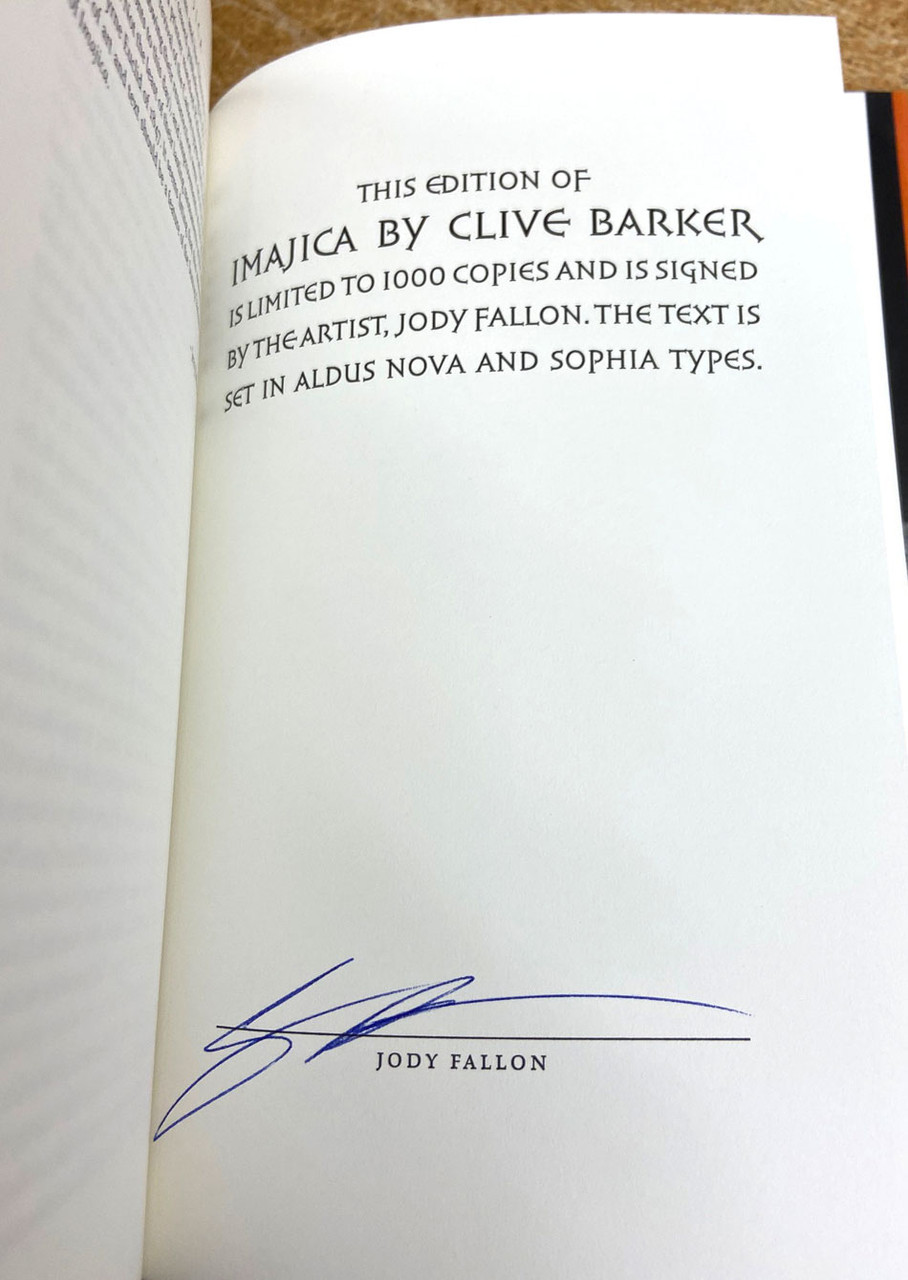 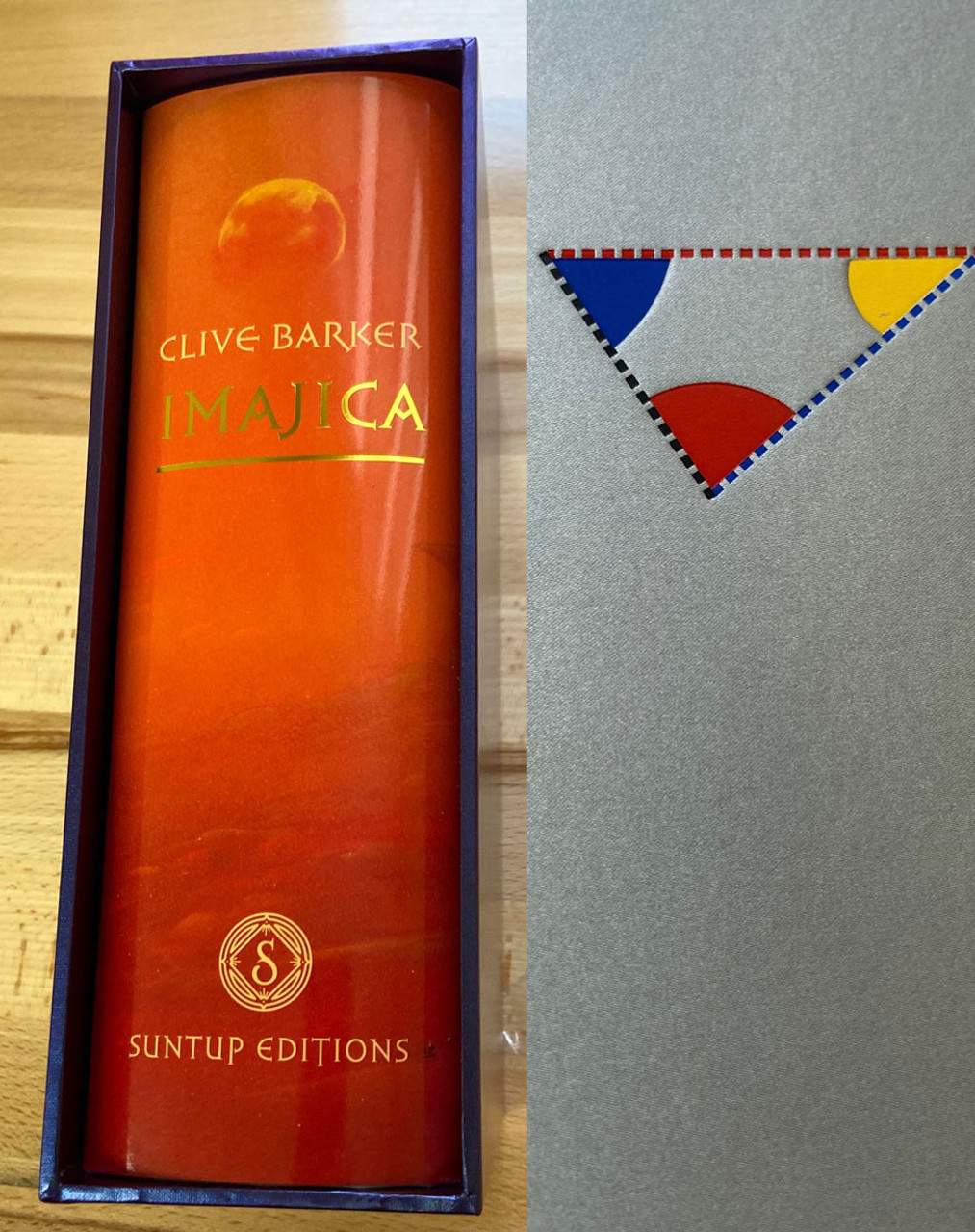 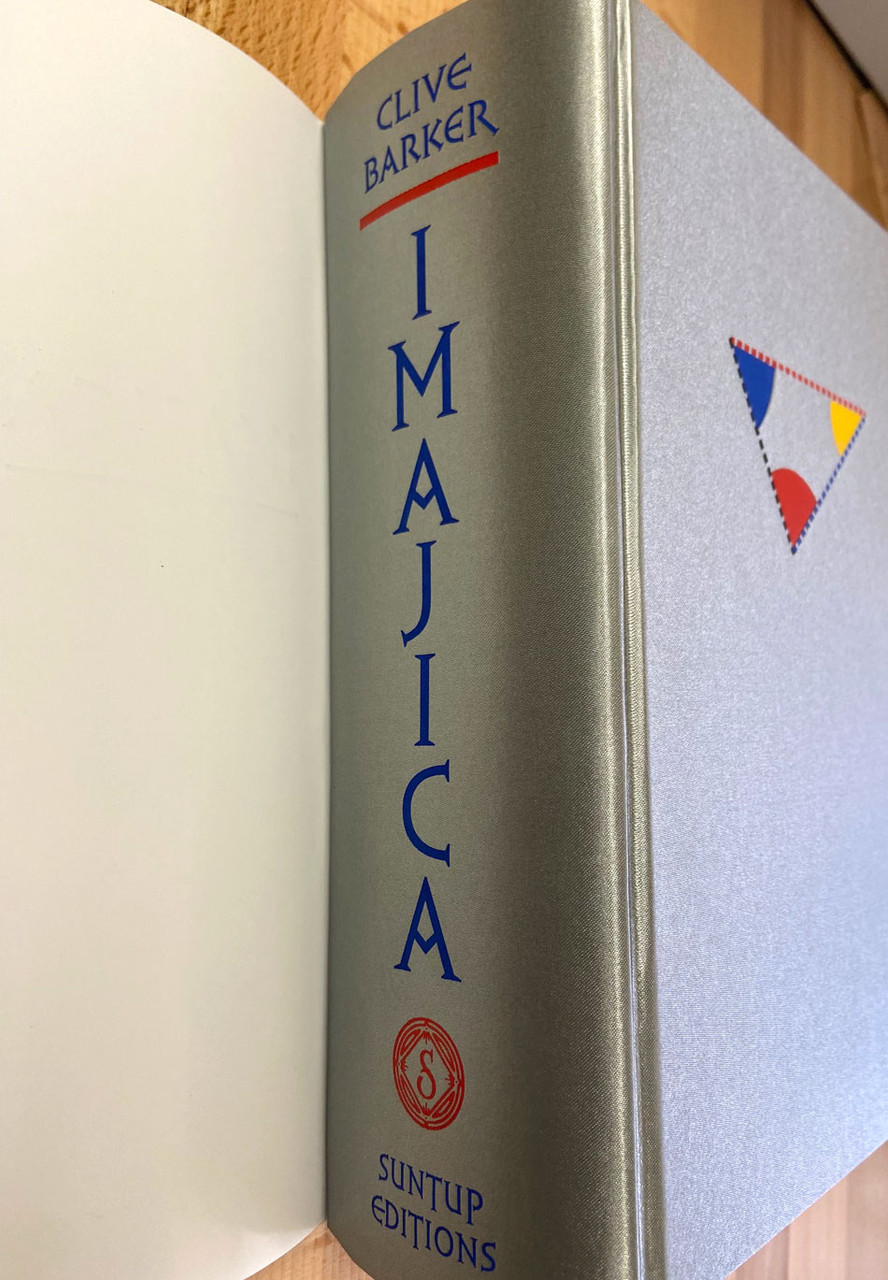 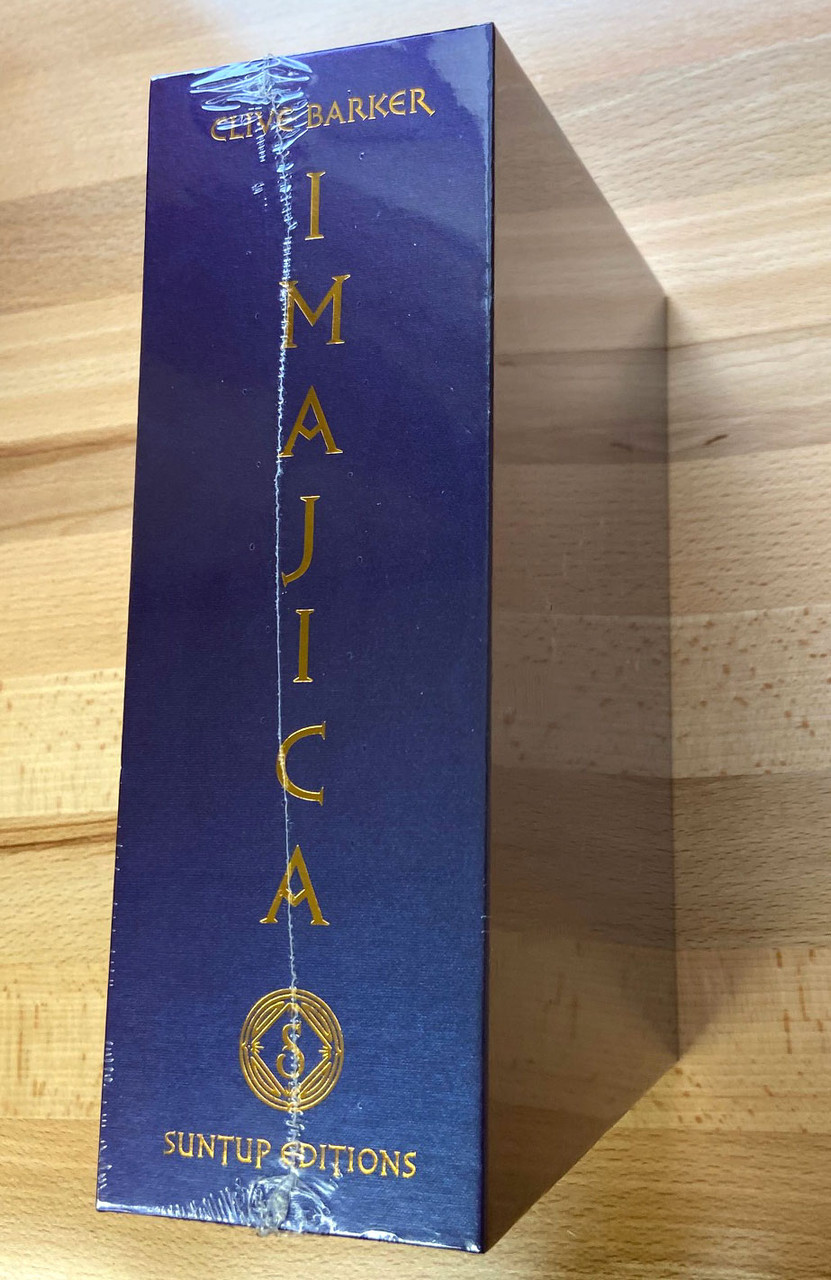 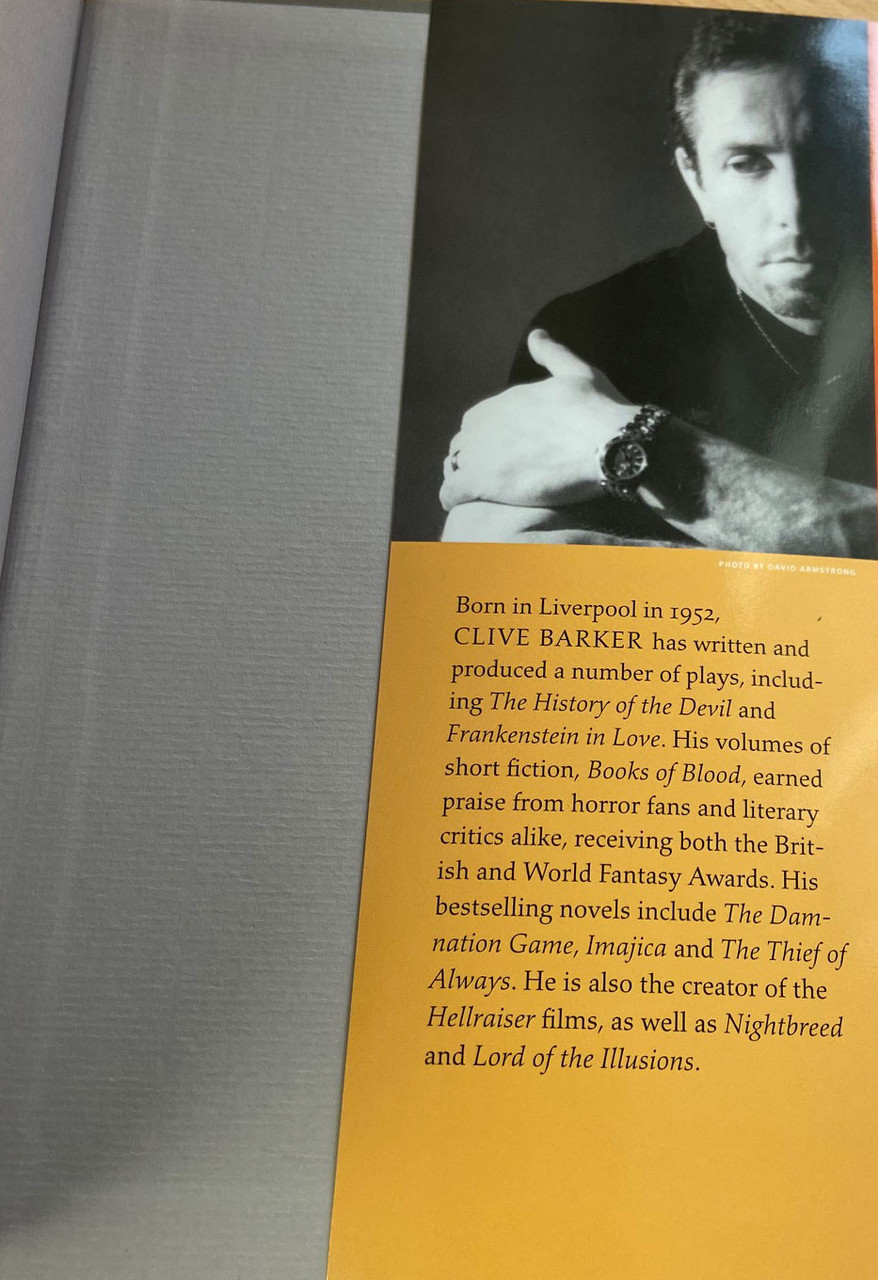 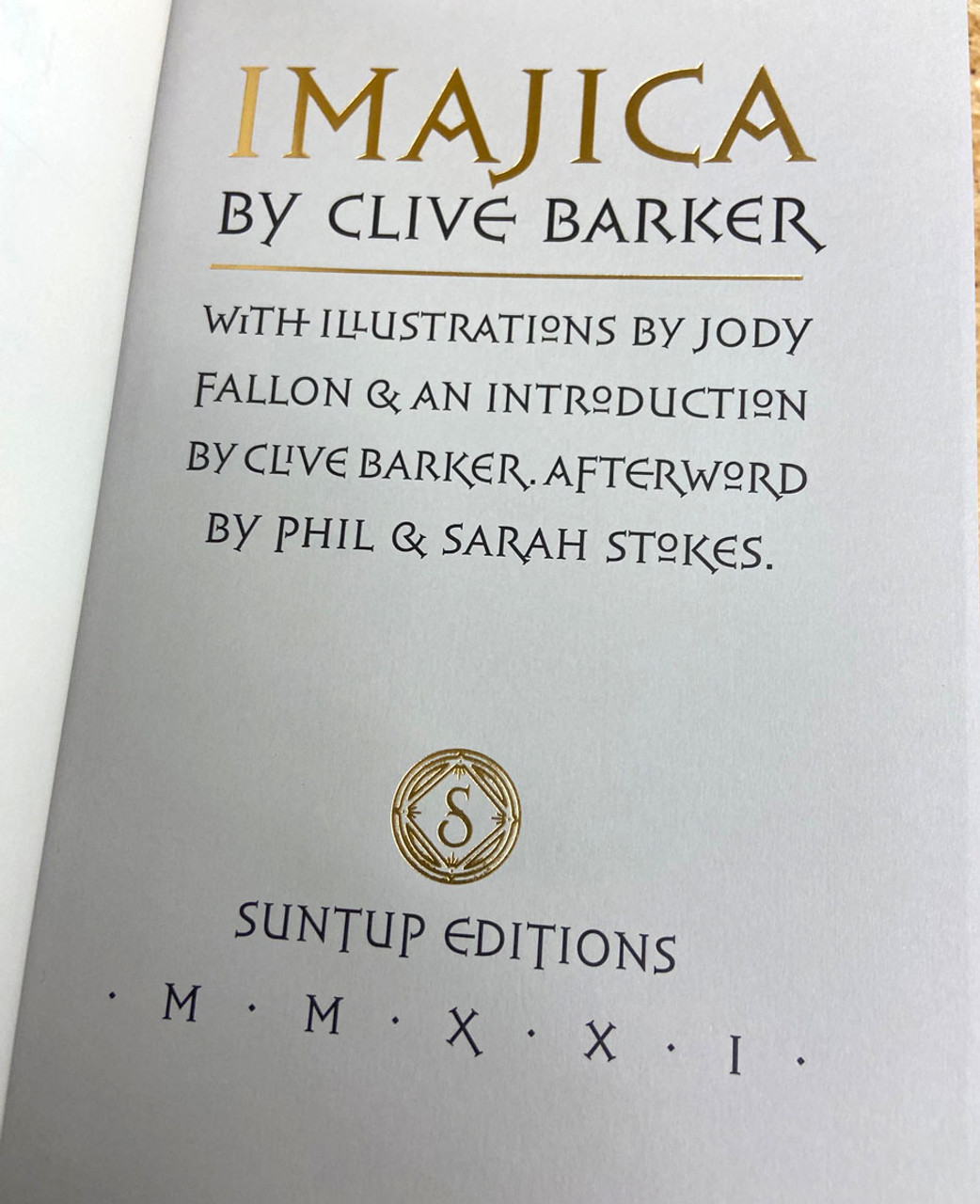 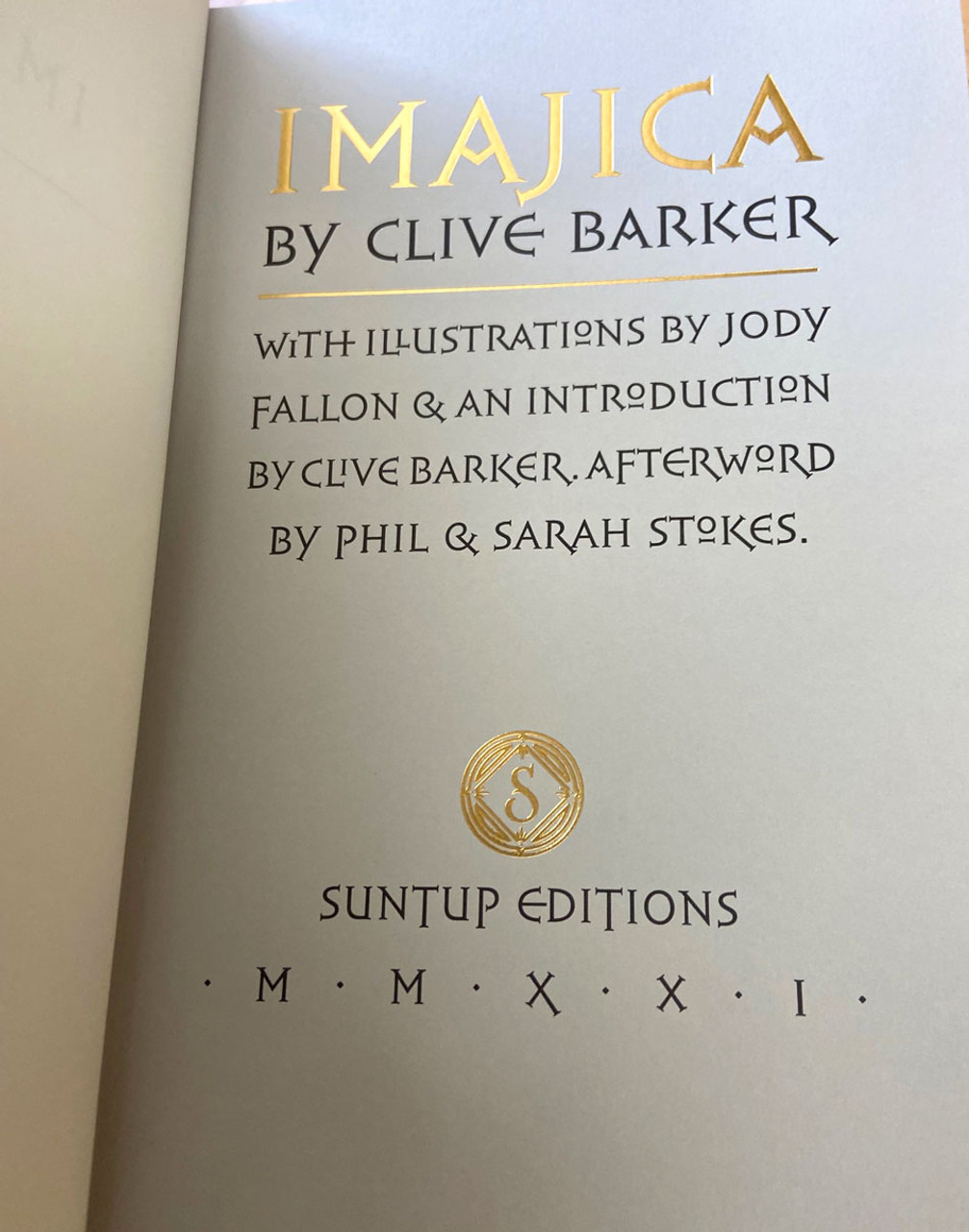 Signed Artist Edition of only 1,000

Suntup Editions 2022. "Imajica" Clive Barker. The Artist edition is limited to 1000 copies with a dust jacket illustrated by Jody Fallon. It is a full cloth, smyth sewn binding with four-hits foil stamping. Title and section divider pages are printed letterpress on grey Oxford paper and are foil stamped. It is the only edition of the three with the dust jacket, and is signed by the artist. The edition is printed offset and is housed in a color shifting paper covered slipcase with an acrylic coating.

An exhilarating journey through sprawling worlds inhabited by wonderfully strange creatures, Imajica is an astonishing feat of the imagination, straight out of the nightmares of Clive Barker. Published in 1991, this year marks the 30th anniversary of this epic fantasy of myth, magic and forbidden passion.

Vast in conception, meticulously detailed in execution, and apocalyptic in its resolution, Imajica is a tale of ill-fated lovers lost among worlds teetering on the edge of destruction. Gentle is a sensualist and master art forger whose life unravels when he encounters Judith Odell, a woman whose power to influence the destinies of men is greater than she knows, and Pie ‘oh’ pah, an alien assassin who comes from a hidden dimension, one of five in a great system known as Imajica. As Gentle, Judith, and Pie ‘oh’ pah travel the Imajica, they uncover a trail of crimes and intimate betrayals, leading them to a revelation so startling that it changes reality forever.

Upon its release, the novel received high praise from critics and readers alike. Washington Book World raved, “Rich in plot twists, byzantine intrigues and hidden secrets, Imajica is a Chinese puzzle box constructed on a universal scale. Barker has an unparalleled talent for envisioning other worlds.”

Many of the ideas for those worlds came to Clive Barker in dreams. The author was so inspired, he worked at an intense pace to complete the novel in fourteen months, writing up to sixteen hours a day, seven days a week. Barker has frequently named the book his personal favorite of all his writings.

The signed limited edition of Imajica by Clive Barker is presented in three states: Lettered, Numbered and Artist. The editions measure 6” x 9” and feature 17 full color illustrations by Jody Fallon, an introduction by Clive Barker from the 1995 edition, and a new exclusive afterword by Phil & Sarah Stokes. All editions include a letterpress printed title page and section divider pages with gold foil stamping, as well as 70 pages of bonus content. The Numbered and Lettered editions are signed by the author and all contributors, and the Artist edition is signed by the artist.

This is the signed artist edition 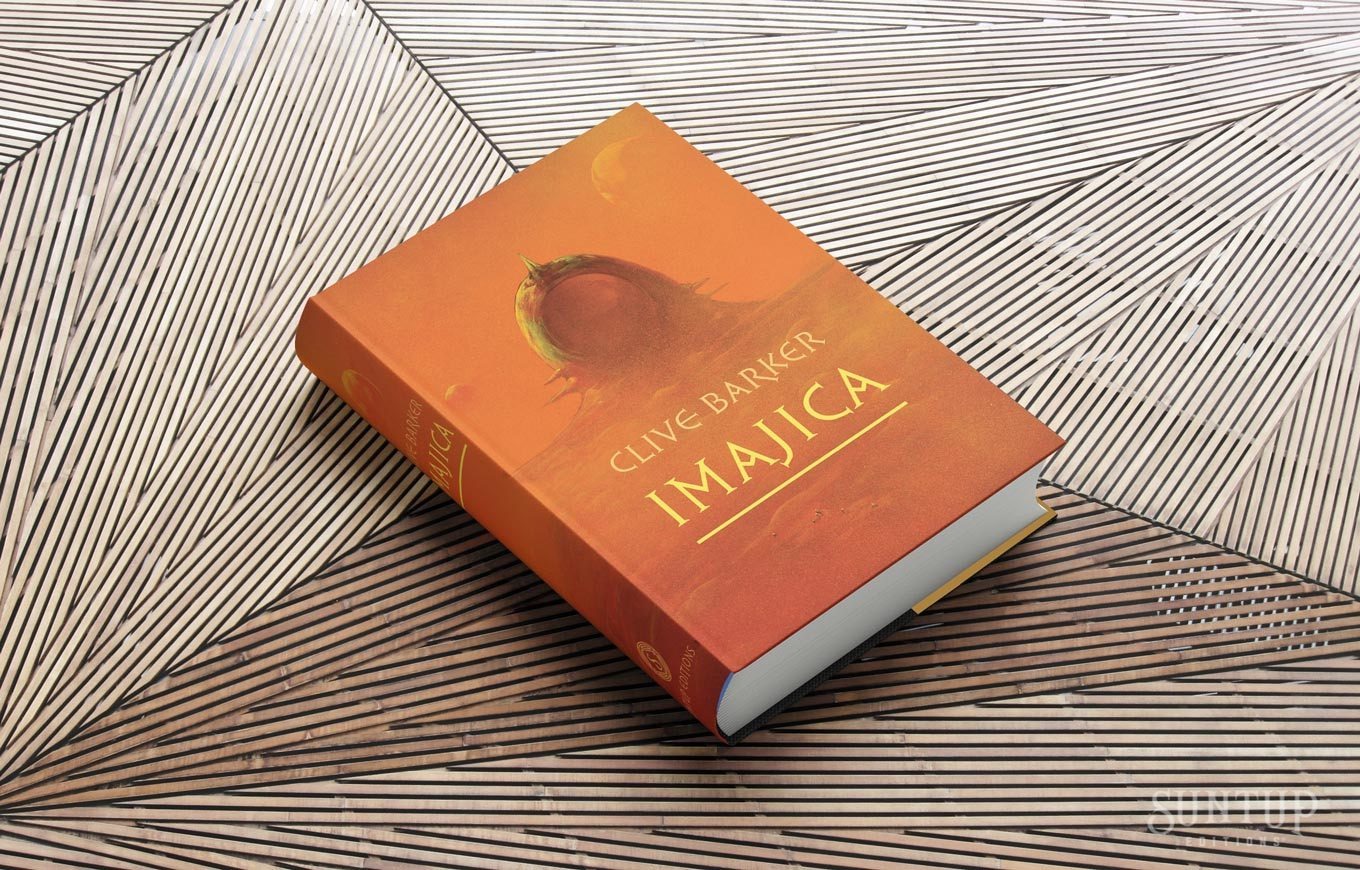 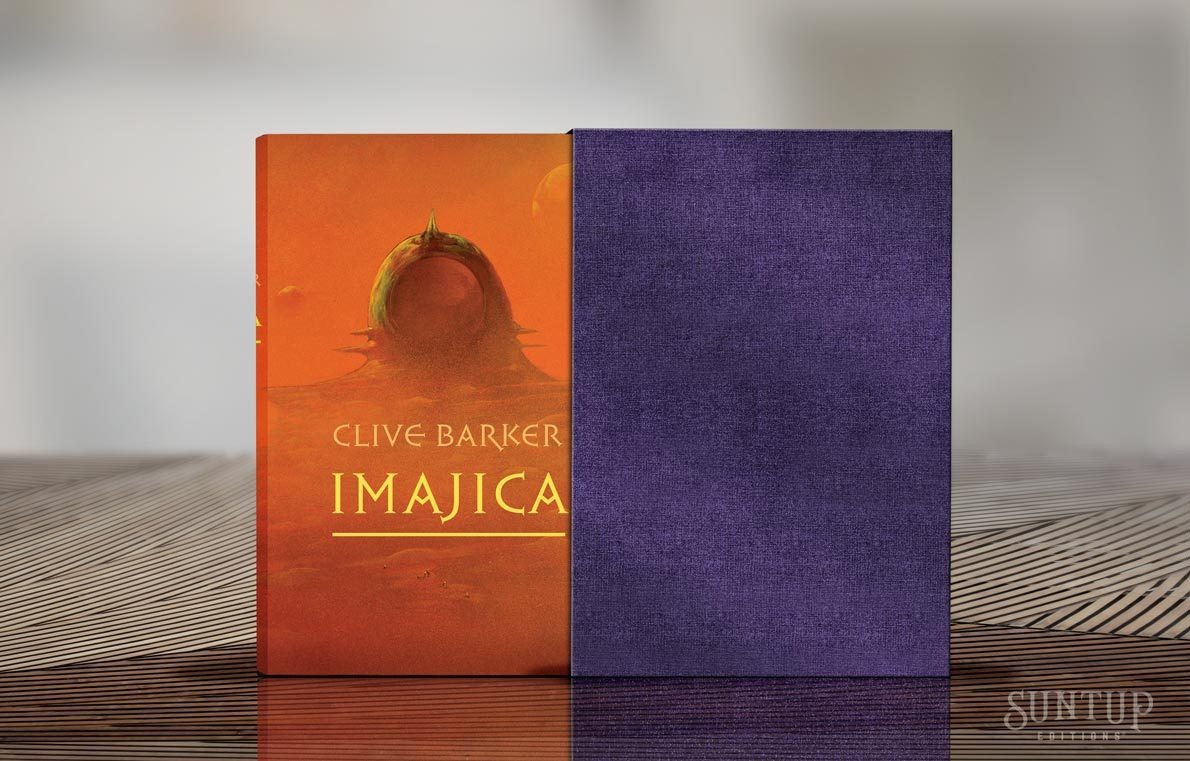 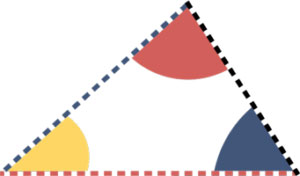 DIAGRAMS FROM THE BYRNE EUCLID OF 1847

Featured in our edition of Imajica by Clive Barker are some of the colorful illustrations from Byrne’s edition of the elements of Euclid. Editions of Euclid had been published for centuries when Byrne’s edition of the first six books of Euclid appeared in 1847, published by Pickering. The first printed edition of Euclid’s treatise on geometry, printed by Erhard Ratdolt in Augsburg in 1482, is, like Byrne’s production of more than three centuries later, often cited by scholars as one of the most beautiful books published in the 19th Century. It includes what are now iconic illustrations of various geometric shapes; colorful diagrams illustrating Euclid’s principles. These geometric shapes relate to the author’s vision of featuring diagrams representing the characters of the Eternal Three. A more detailed note on the diagrams from the Byrne Euclid of 1847 is included with this edition.

Shipping with EVERY pre-ordered copy of Imajica (including the Artist edition), is this limited premium set which includes a Jody Fallon print, “Revelation” print illustrated by Clive Barker, a bookmark and a printed envelope. 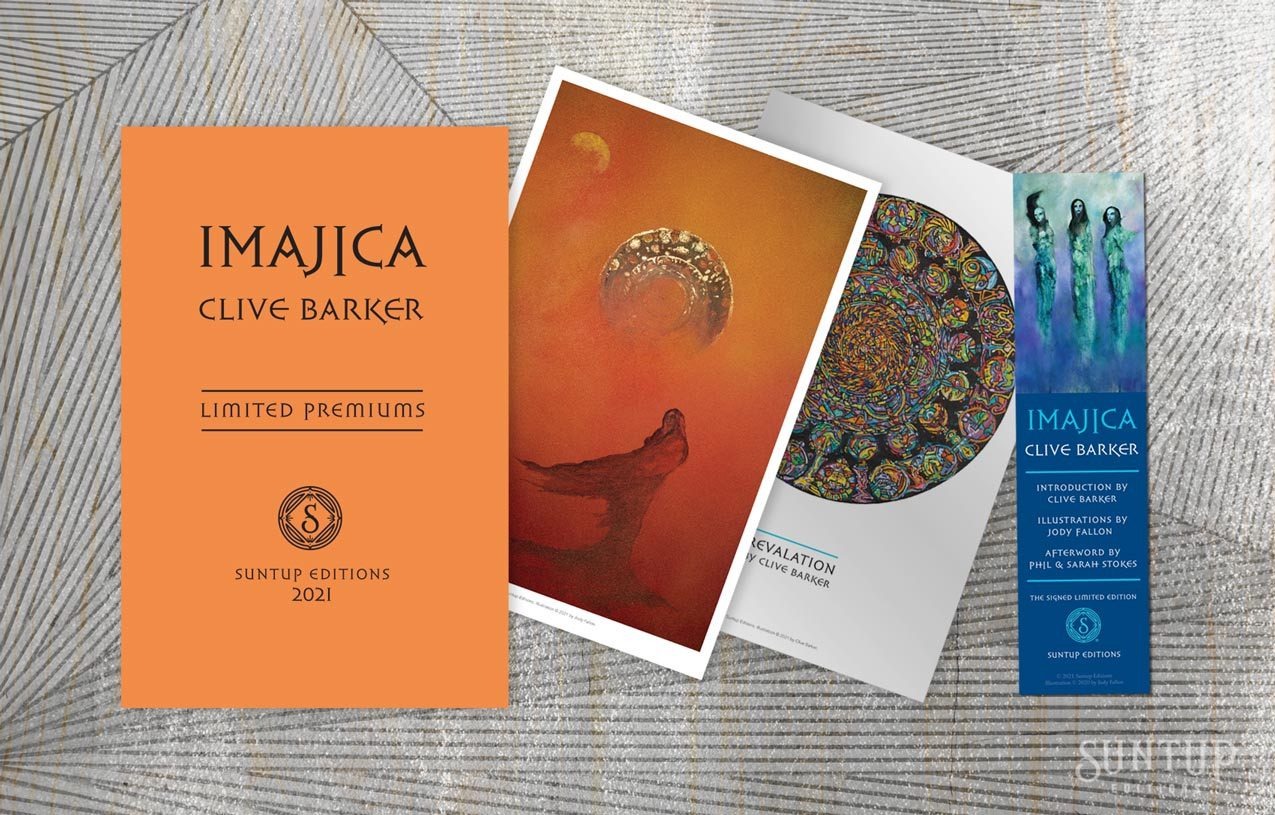 Born in Liverpool in 1952, Clive Barker has written and produced a number of plays, including The History of the Devil and Frankenstein in Love. His volumes of short fiction, Books of Blood, earned praise from horror fans and literary critics alike, receiving both the British and World Fantasy Awards. His bestselling novels include The Damnation Game, Imajica and The Thief of Always. He is also the creator of the Hellraiser films, as well as Nightbreed and Lord of the Illusions.

Clive Barker (born 5 October 1952) is an English playwright, author, film director, and visual artist. Barker came to prominence in the mid-1980s with a series of short stories, the Books of Blood, which established him as a leading horror writer. He has since written many novels and other works, and his fiction has been adapted into films, notably the Hellraiser series, the first installment of which he also wrote and directed, and the Candyman series. Barker also serves as an executive producer on the film Gods and Monsters, which won an Academy Award for Best Adapted Screenplay. 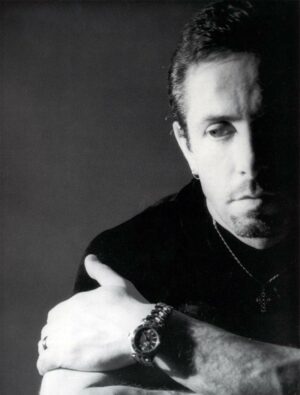 Phil and Sarah Stokes have been exploring and documenting the creative work of Clive Barker and his closest collaborators for over twenty years as a personal preoccupation and a journey of discovery. First creating an online resource in 1998 as an open news and research forum for fans and students of Clive’s work, this resource became his official website at clivebarker.info in 2006. They also established clivebarkerarchive.com in 2016. 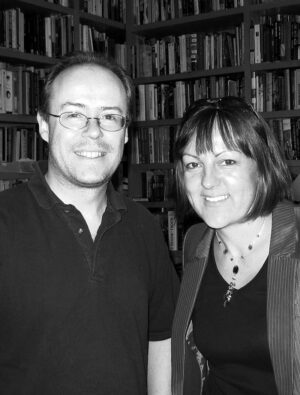 Jody Fallon is a painter working in oils, acrylics, watercolor, and pastels. His work has been exhibited extensively in galleries across the United States and has been featured in magazines including Beautiful Bizarre Magazine and Fine Art Connoisseur. His art is featured annually at IX in Reading, Pennsylvania, the world’s largest gathering of artists and collectors of Imaginative Realism. 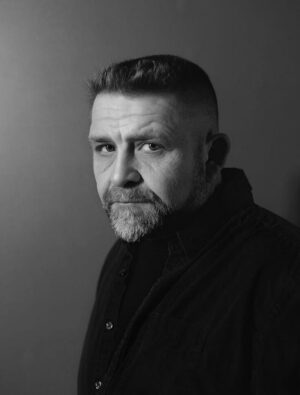 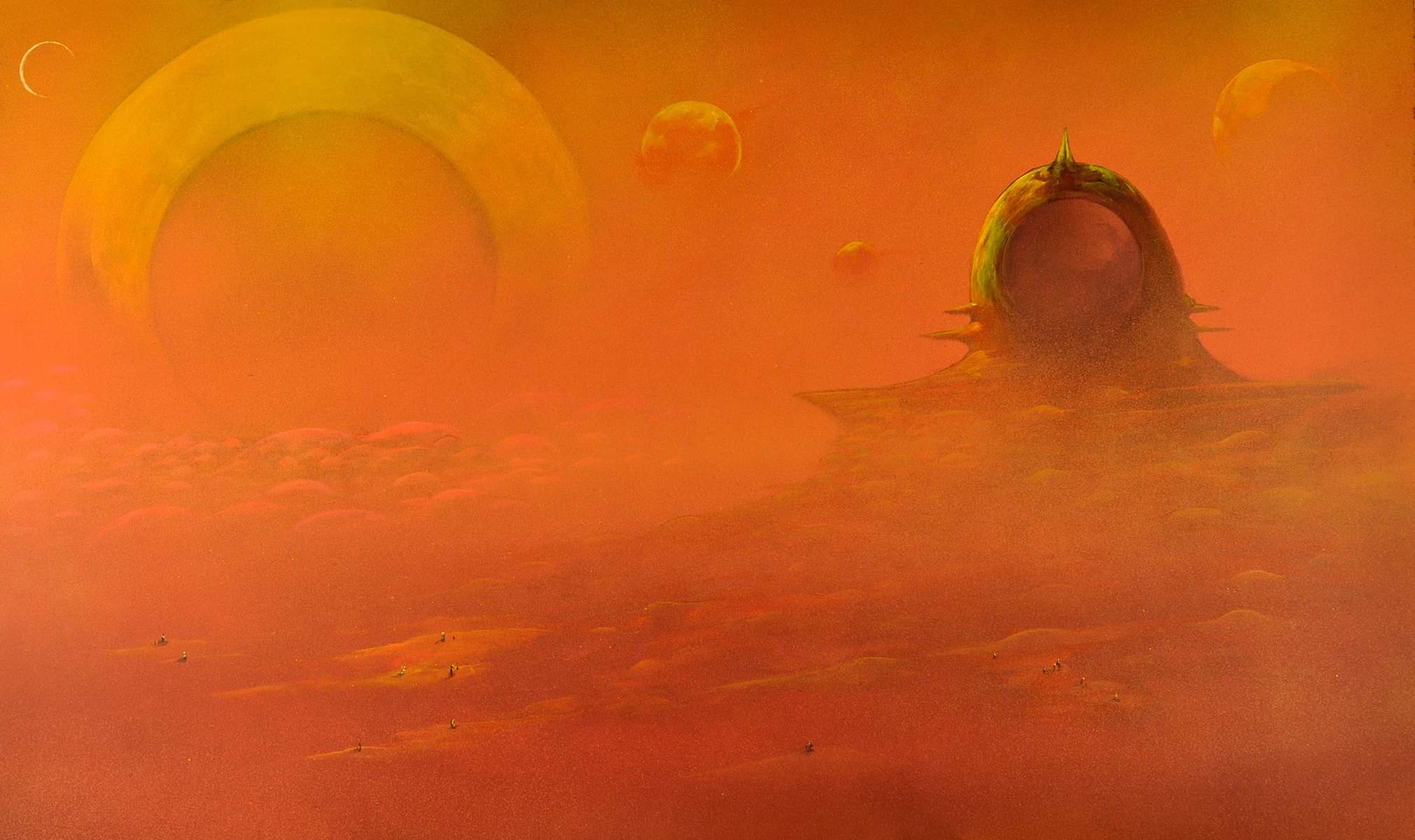 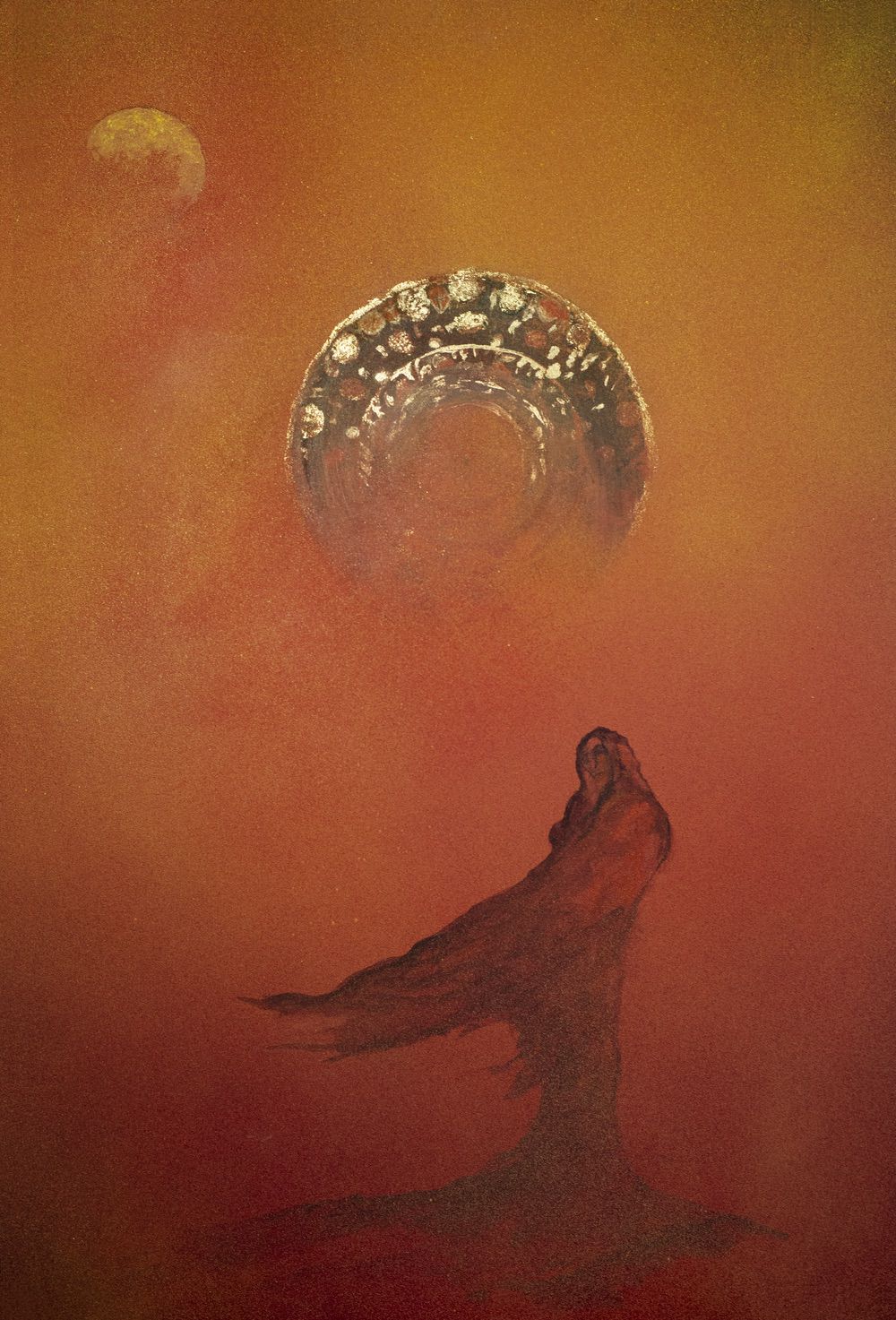 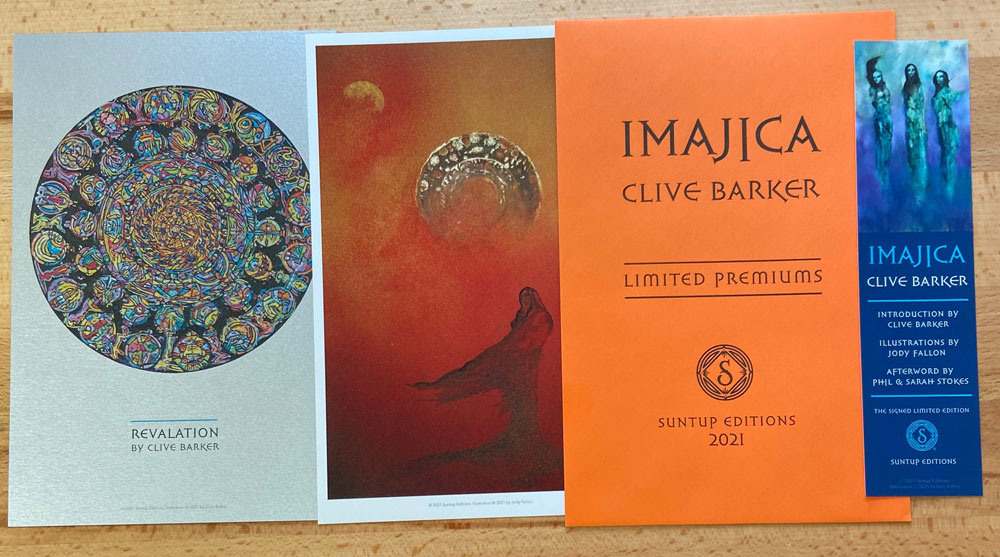 VERY FINE GUARANTEED. As New. Sealed. The condition is of the highest quality without any discernible flaws. Sharp corners all around. Unread book and portfolio without any marks, writing, or stamps. Very Fine slipcase. This item will be packed to the highest standard and shipped in a timely manner.