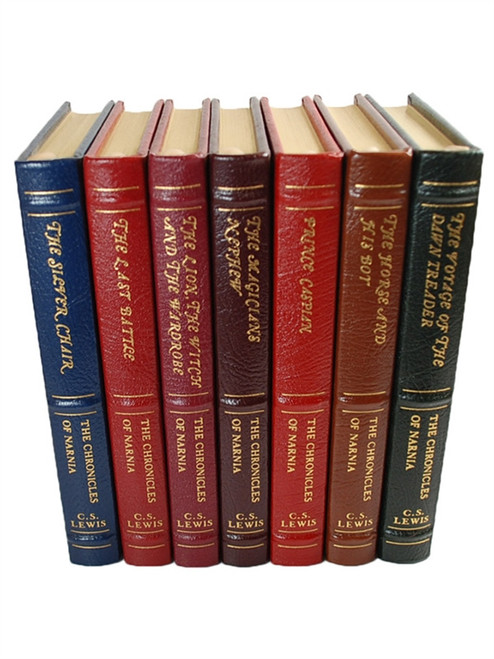 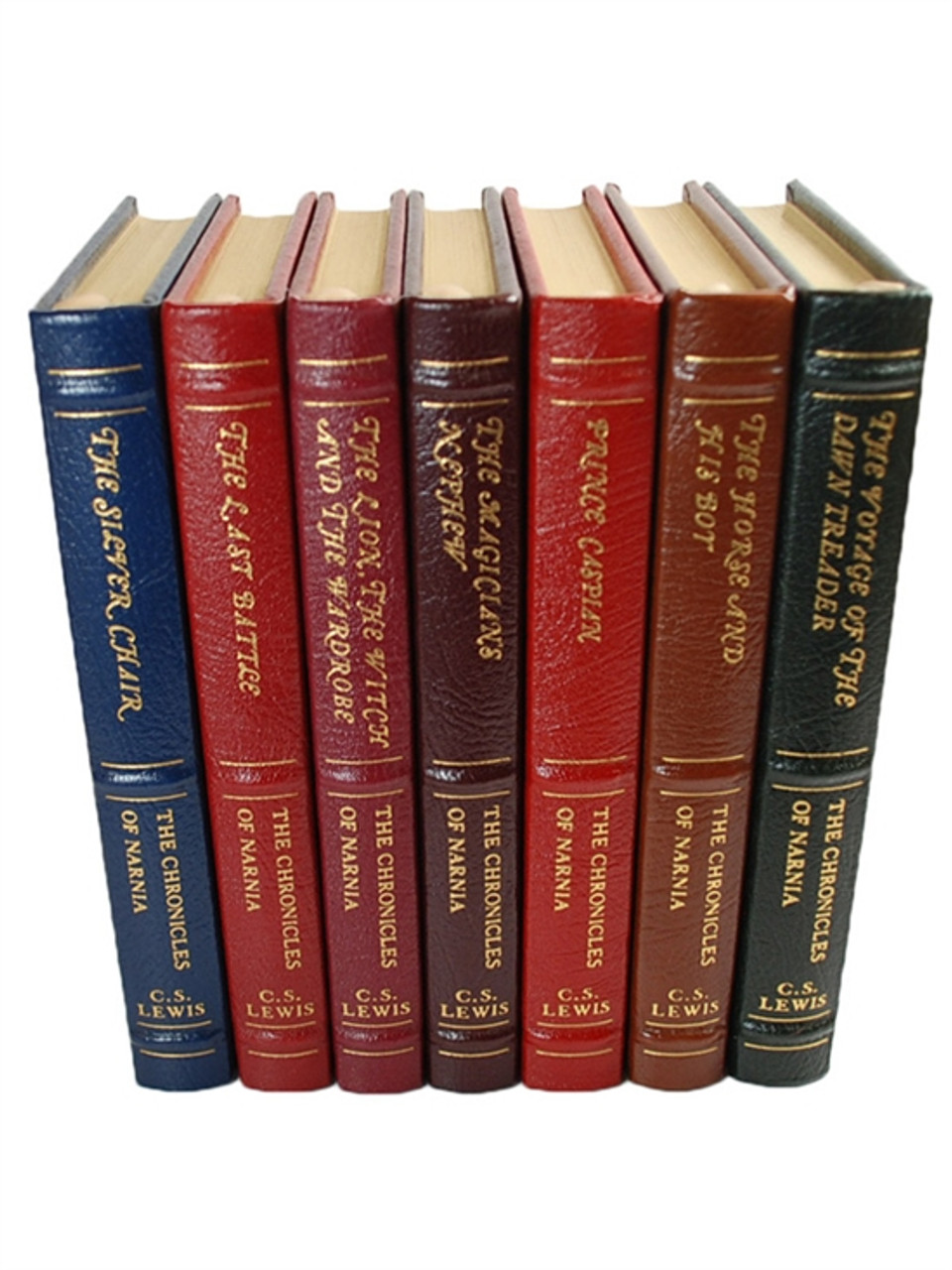 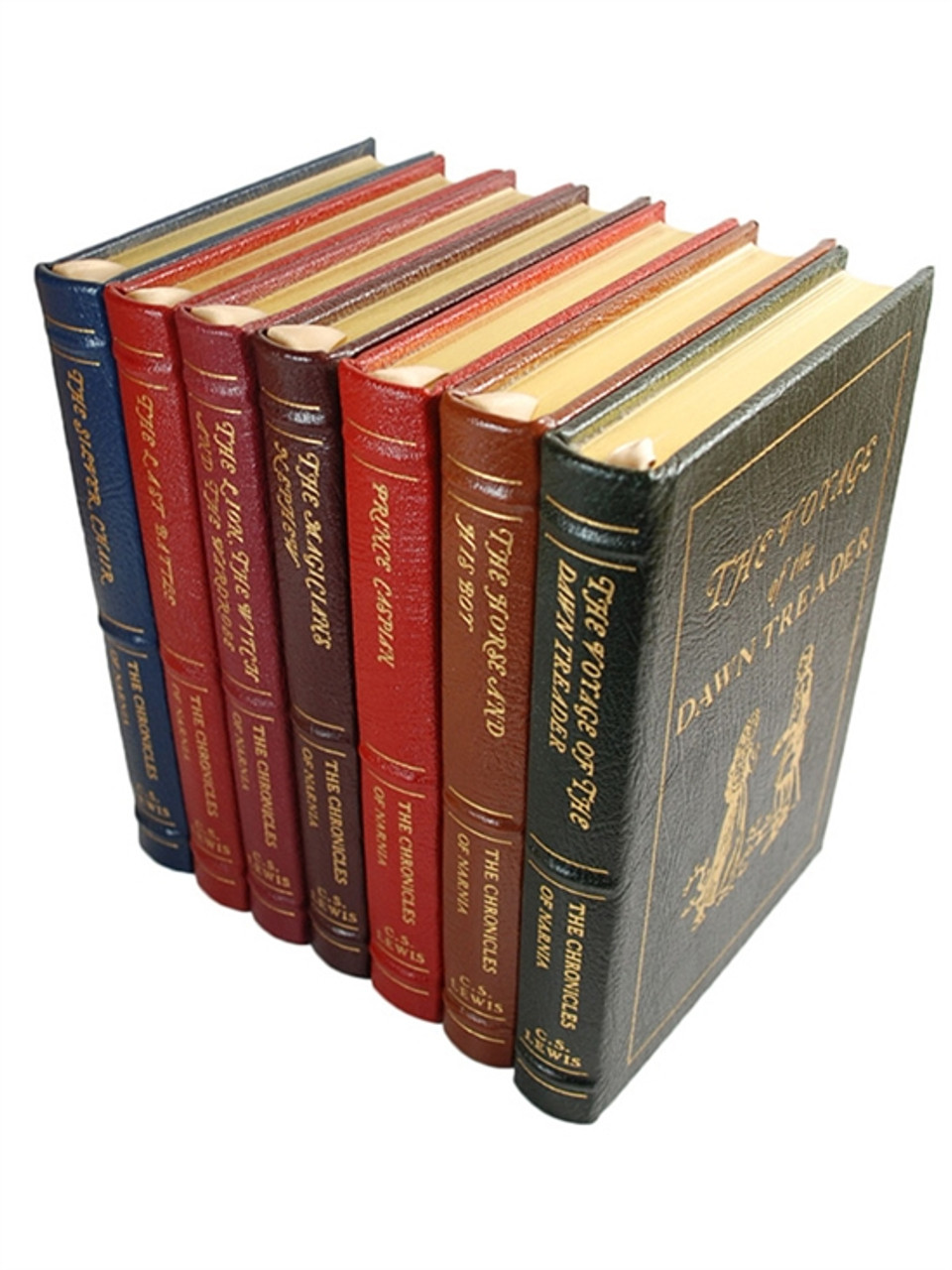 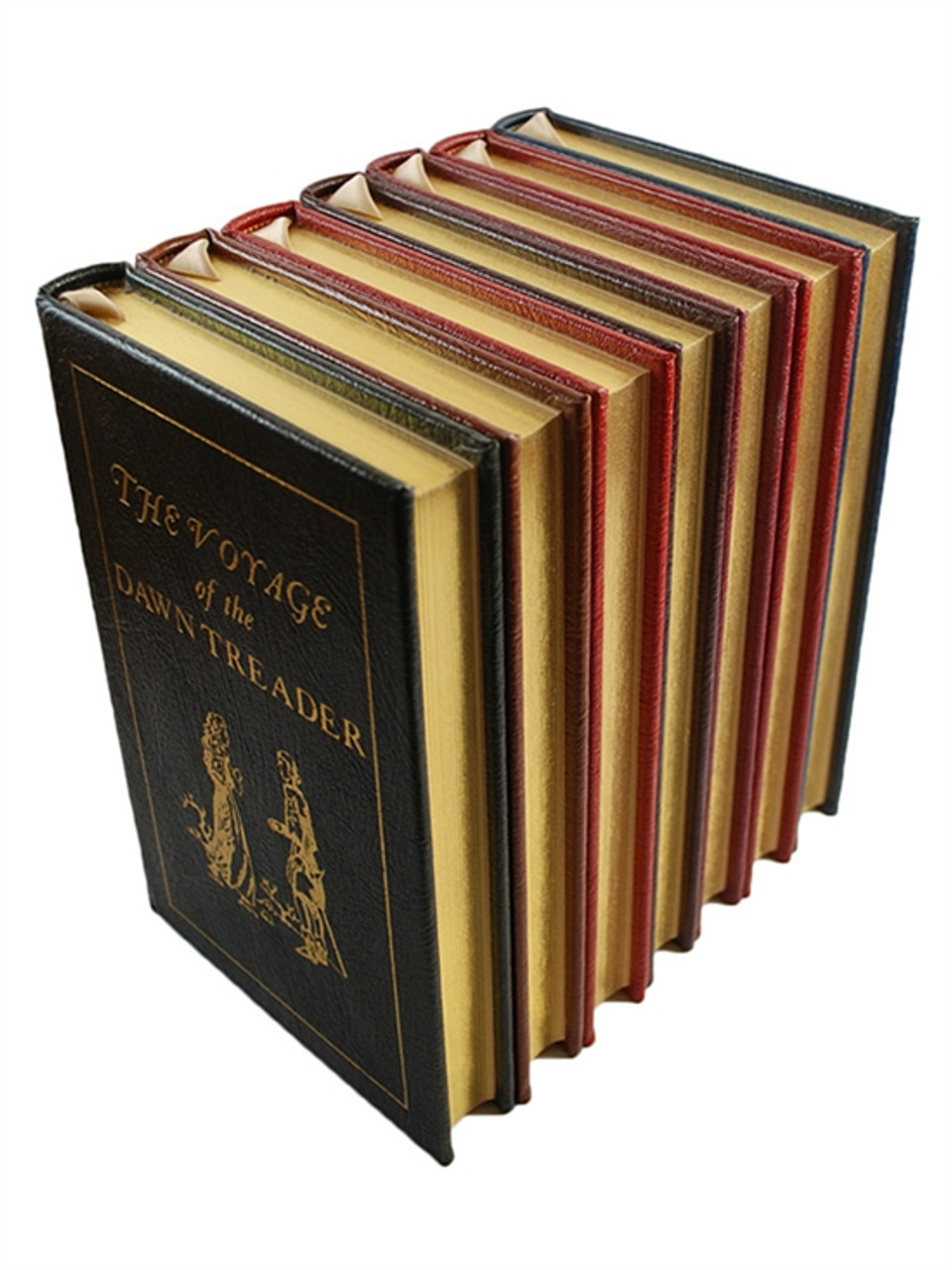 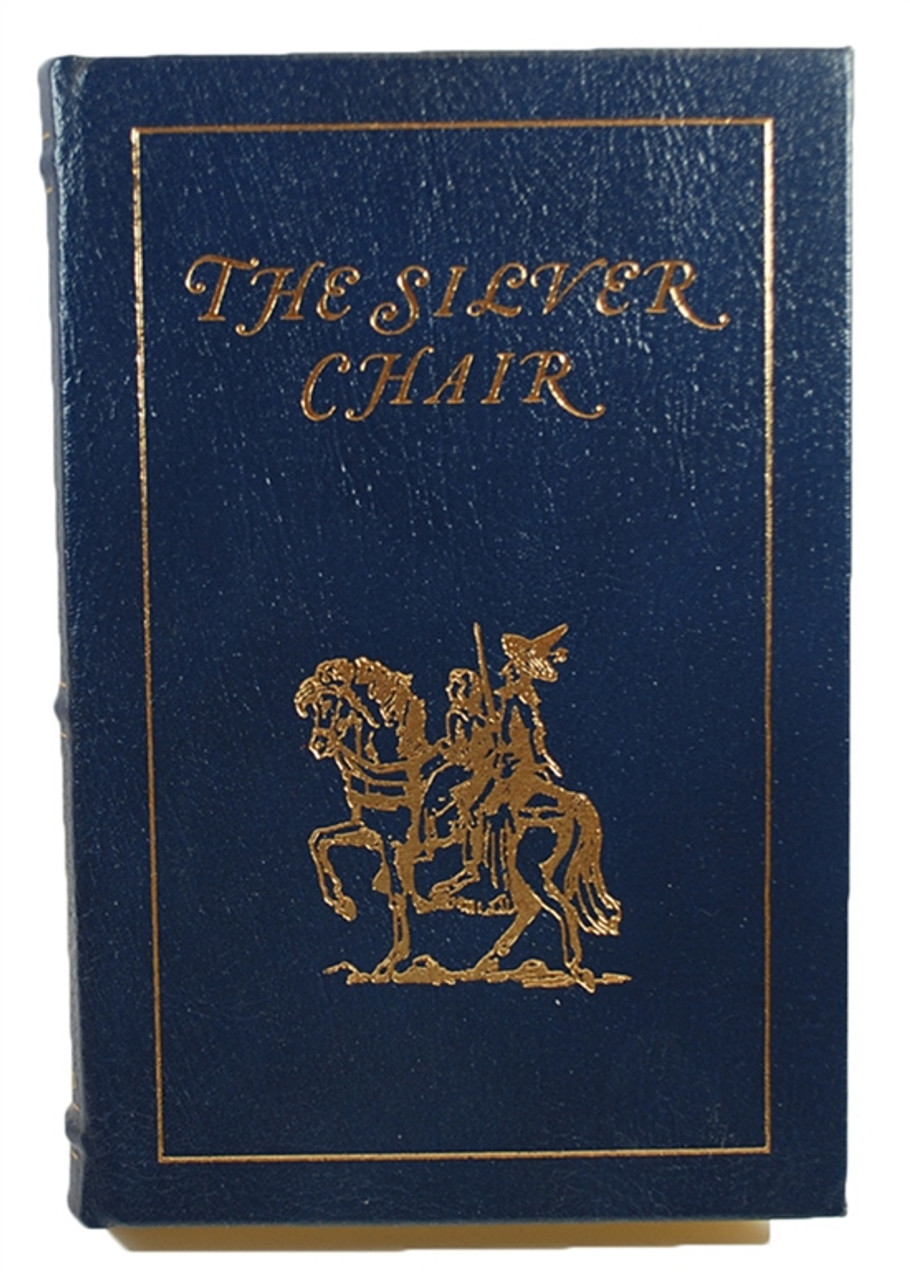 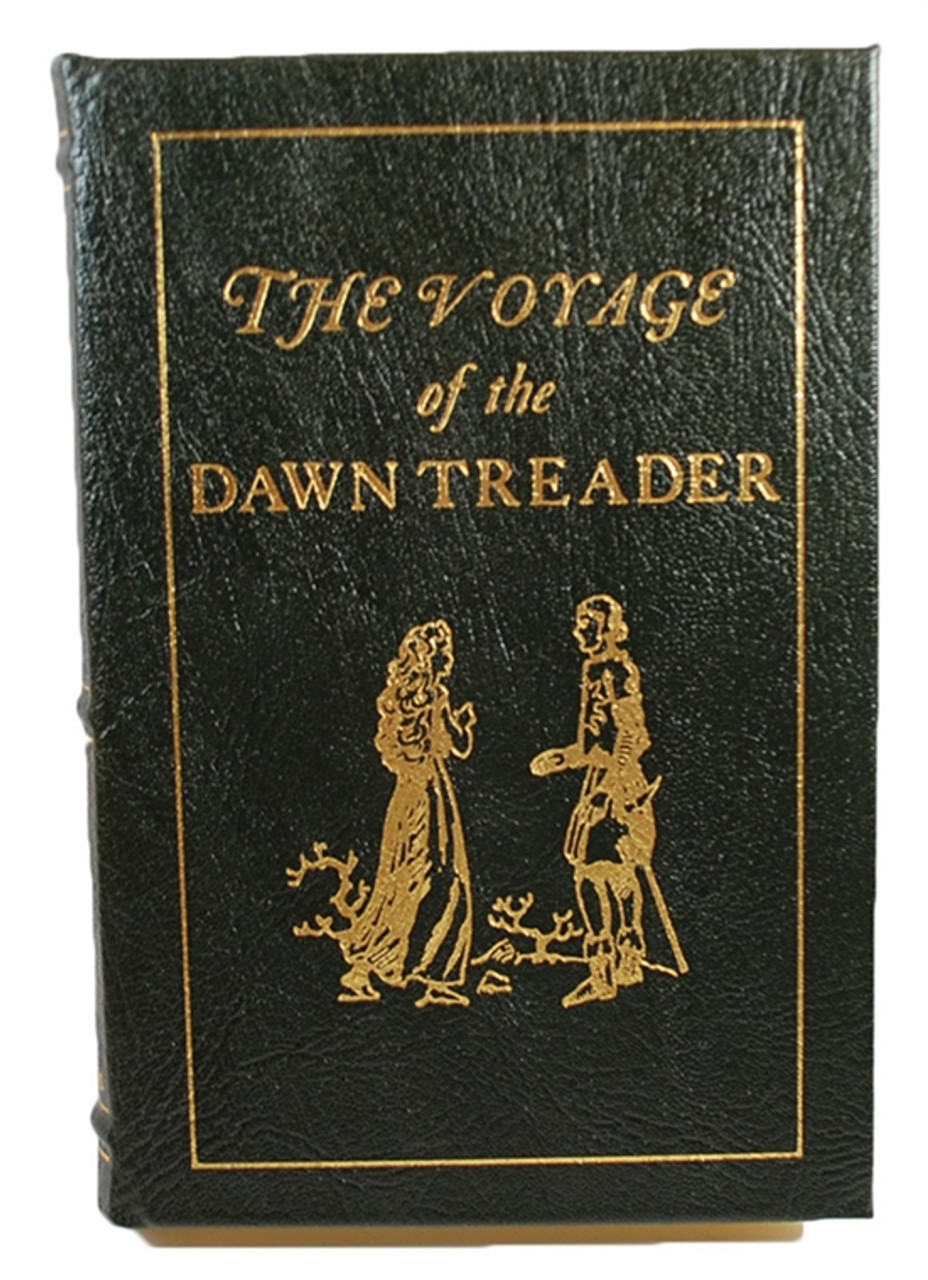 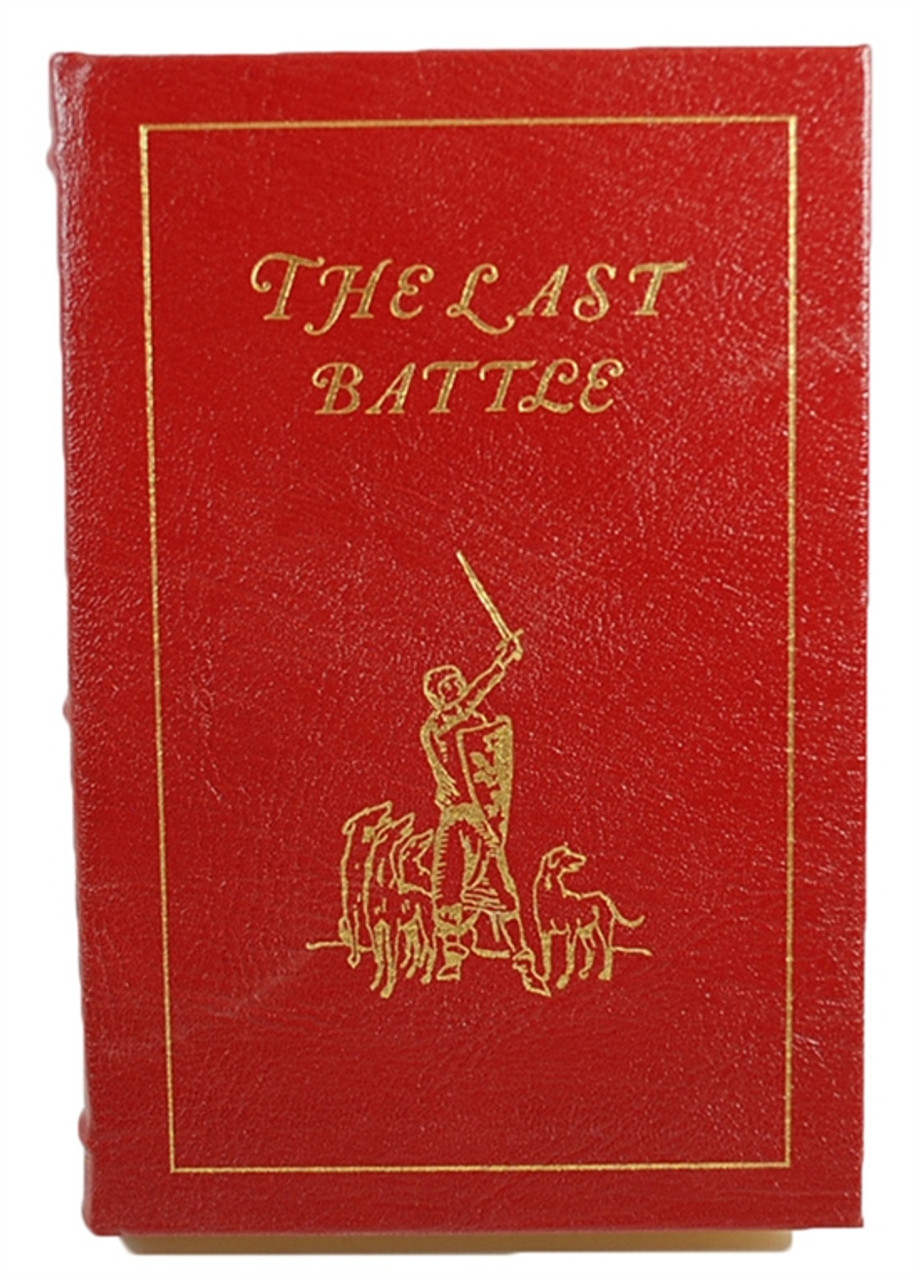 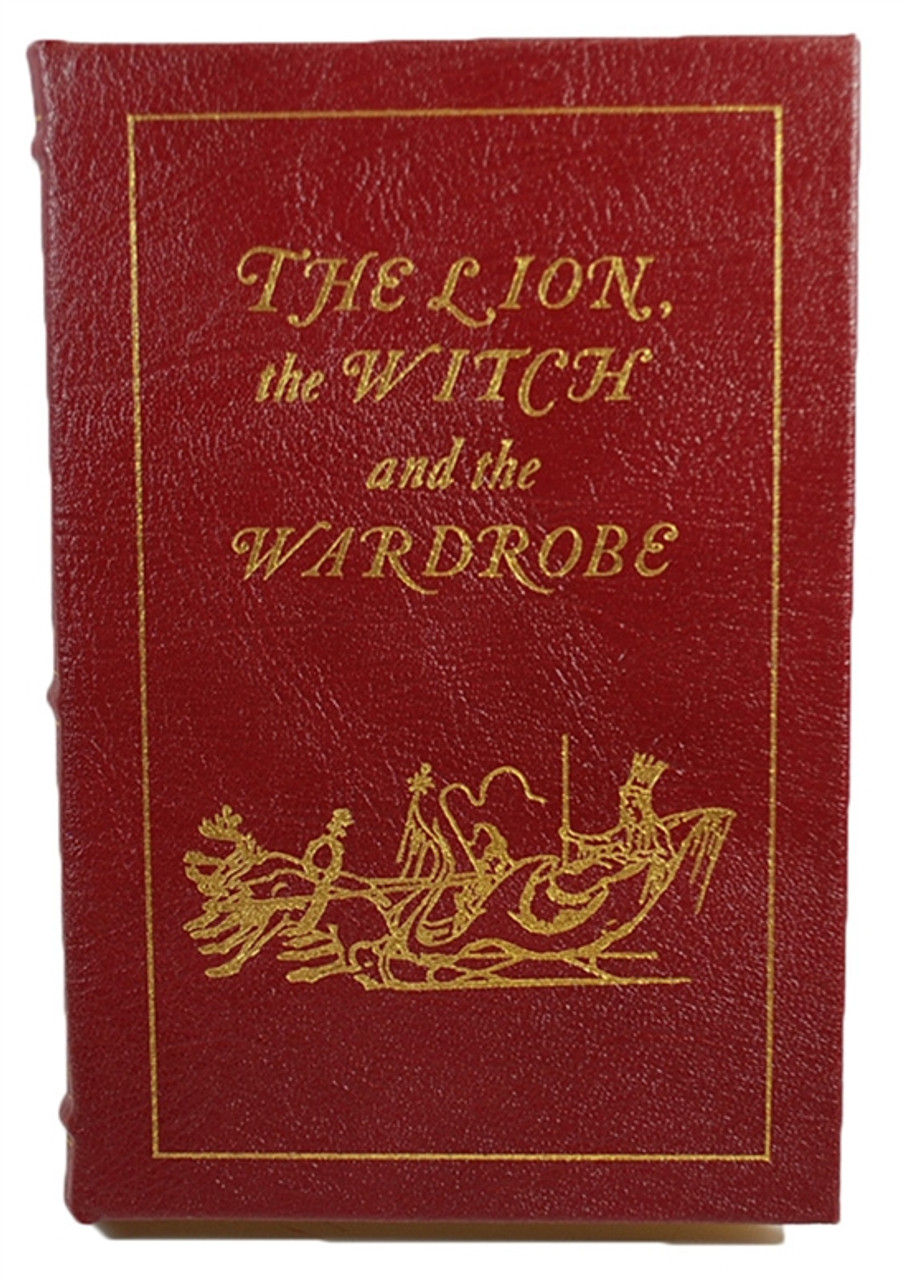 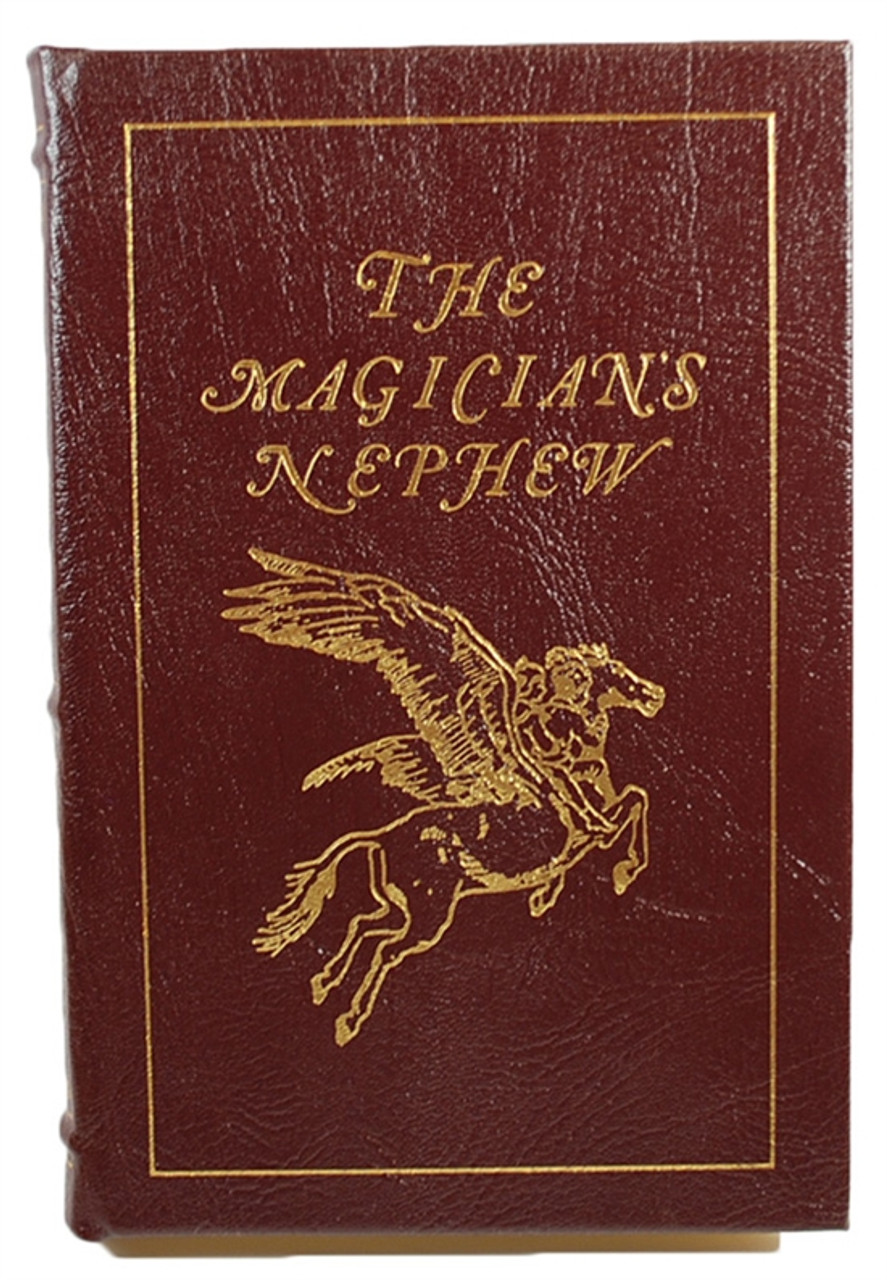 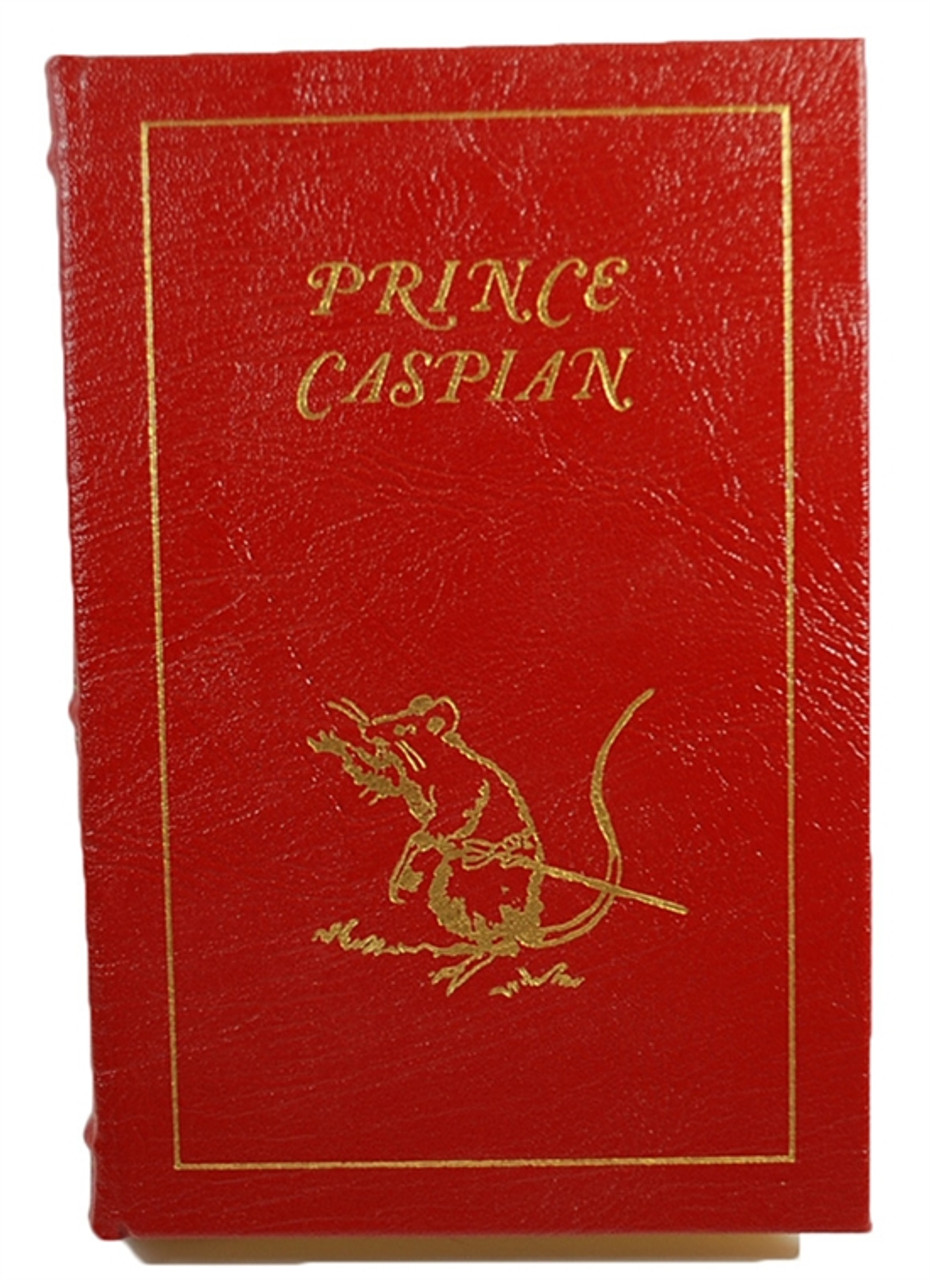 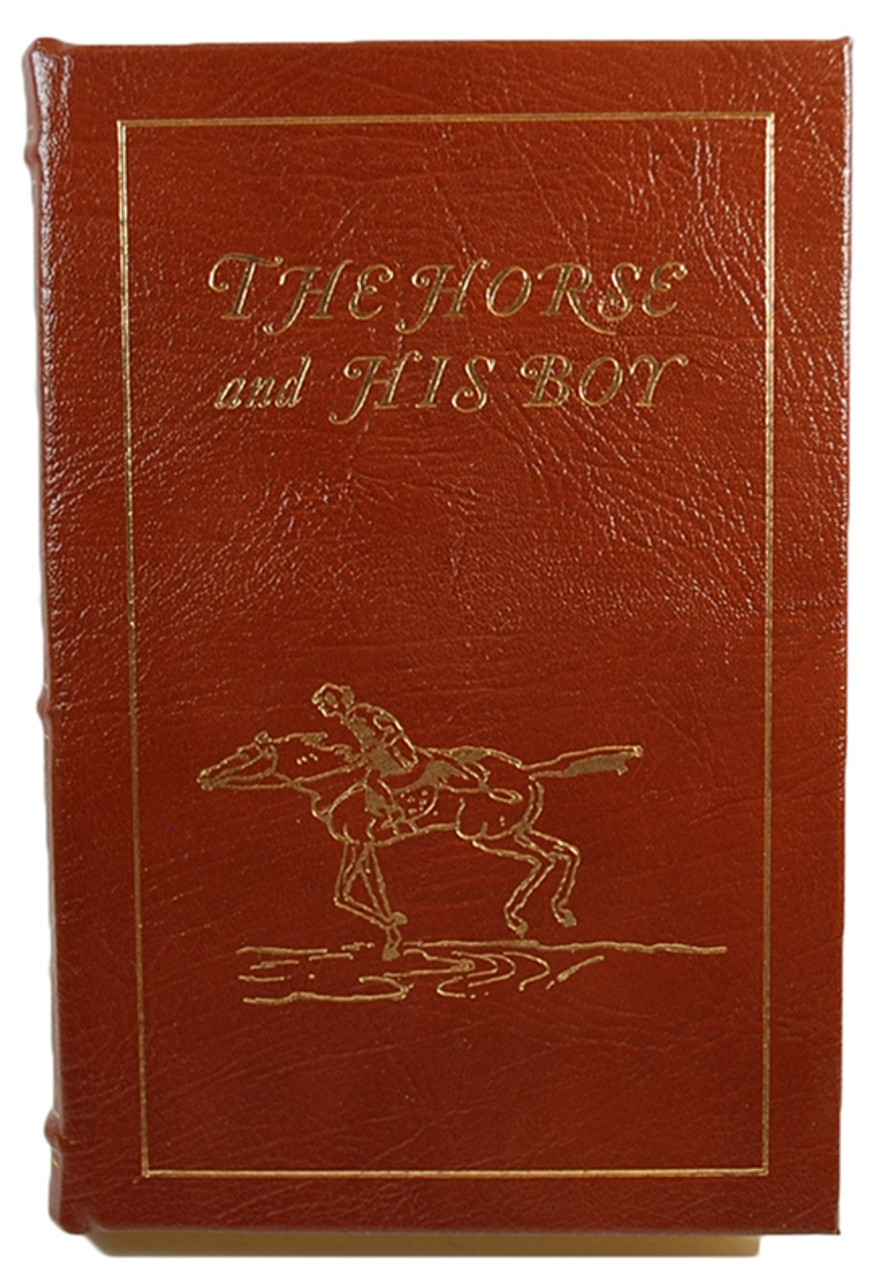 Easton Press. Norwalk, CT. 1993. C.S. Lewis "The Chronicles of Narnia". A Limited Edition Collector's set in 7 volumes. This extraordinary set of books will make an excellent addition to your library or as a fantastic gift for the serious collector. Beautifully illustrated and bound in full genuine leather with elegant gold detailing.

About The Chronicles of Narnia
In the never-ending war between good and evil, The Chronicles of Narnia set the stage for battles of epic proportions. Some take place in vast fields, where the forces of light and darkness clash. But other battles occur within the small chambers of the heart and are equally decisive. Journeys to the ends of the world, fantastic creatures, betrayals, heroic deeds and friendships won and lostall come together in an unforgettable world of magic.

Clive Staples Lewis (1898-1963) was one of the intellectual giants of the twentieth century and arguably one of the most influential writers of his day. He was a Fellow and Tutor in English Literature at Oxford University until 1954, when he was unanimously elected to the Chair of Medieval and Renaissance Literature at Cambridge University, a position he held until his retirement. He wrote more than thirty books, allowing him to reach a vast audience, and his works continue to attract thousands of new readers every year.

His most distinguished and popular accomplishments include Mere Christianity, Out of the Silent Planet, The Great Divorce, The Screwtape Letters, and the universally acknowledged classics The Chronicles of Narnia. To date, the Narnia books have sold over 100 million copies and been transformed into three major motion pictures.

Clive Staples Lewis, commonly called C. S. Lewis and known to his friends and family as "Jack", was a novelist, poet, academic, medievalist, literary critic, essayist, lay theologian, and Christian apologist. Born in Belfast, Ireland, he held academic positions at both Oxford University (Magdalen College), 19251954, and Cambridge University (Magdalene College), 19541963. He is best known both for his fictional work, especially The Screwtape Letters, The Chronicles of Narnia, and The Space Trilogy, and for his non-fiction Christian apologetics, such as Mere Christianity, Miracles, and The Problem of Pain.

Lewis and fellow novelist J. R. R. Tolkien were close friends. Both authors served on the English faculty at Oxford University, and both were active in the informal Oxford literary group known as the "Inklings". According to his memoir Surprised by Joy, Lewis had been baptized in the Church of Ireland (part of the Anglican Communion) at birth, but fell away from his faith during his adolescence. Owing to the influence of Tolkien and other friends, at the age of 32 Lewis returned to the Anglican Communion, becoming "a very ordinary layman of the Church of England". His faith had a profound effect on his work, and his wartime radio broadcasts on the subject of Christianity brought him wide acclaim.

The Chronicles of Narnia is a series of seven high fantasy novels by C. S. Lewis. It is considered a classic of children's literature and is the author's best-known work, having sold over 100 million copies in 47 languages. This is the leather bound Limited Collector's set from Easton Press. Luxuriously bound in full genuine leather. A complete 7 volume heirloom set.

C. S. Lewis was one of the intellectual giants of the twentieth century and arguably one of the most influential writers of his day.
All seven volumes are Very Fine without any flaws. Each volume is a wonderful unread bright clean copy without any bumped corners. No marks, writings or stamps. No scratches, marks, or blemishes to the gilded page edges. All photos of actual collection.