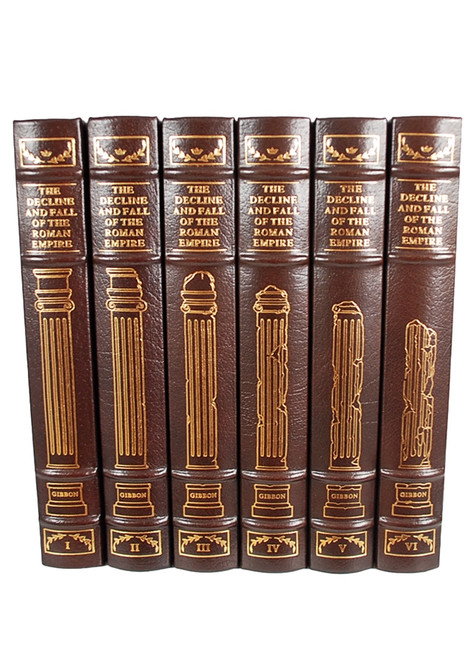 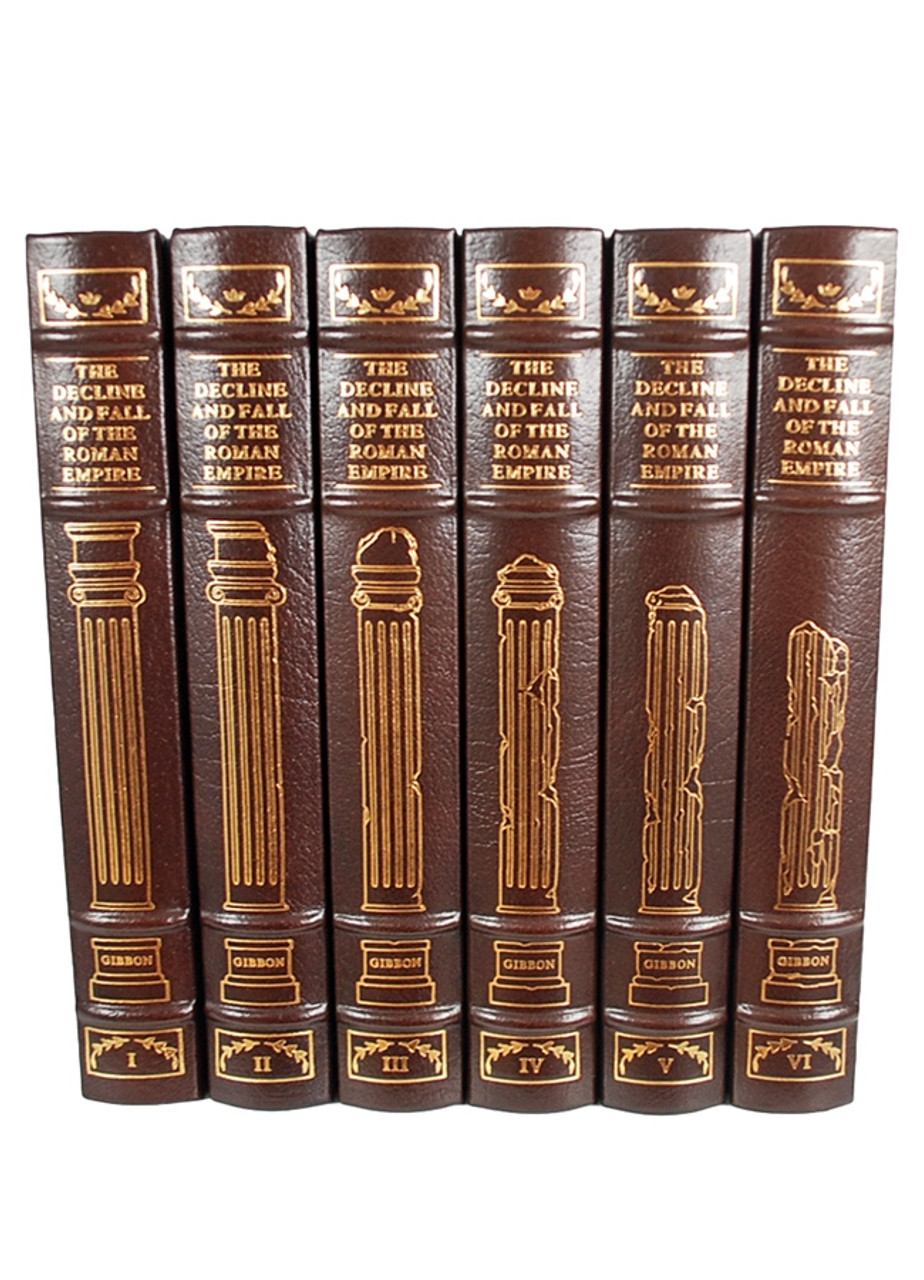 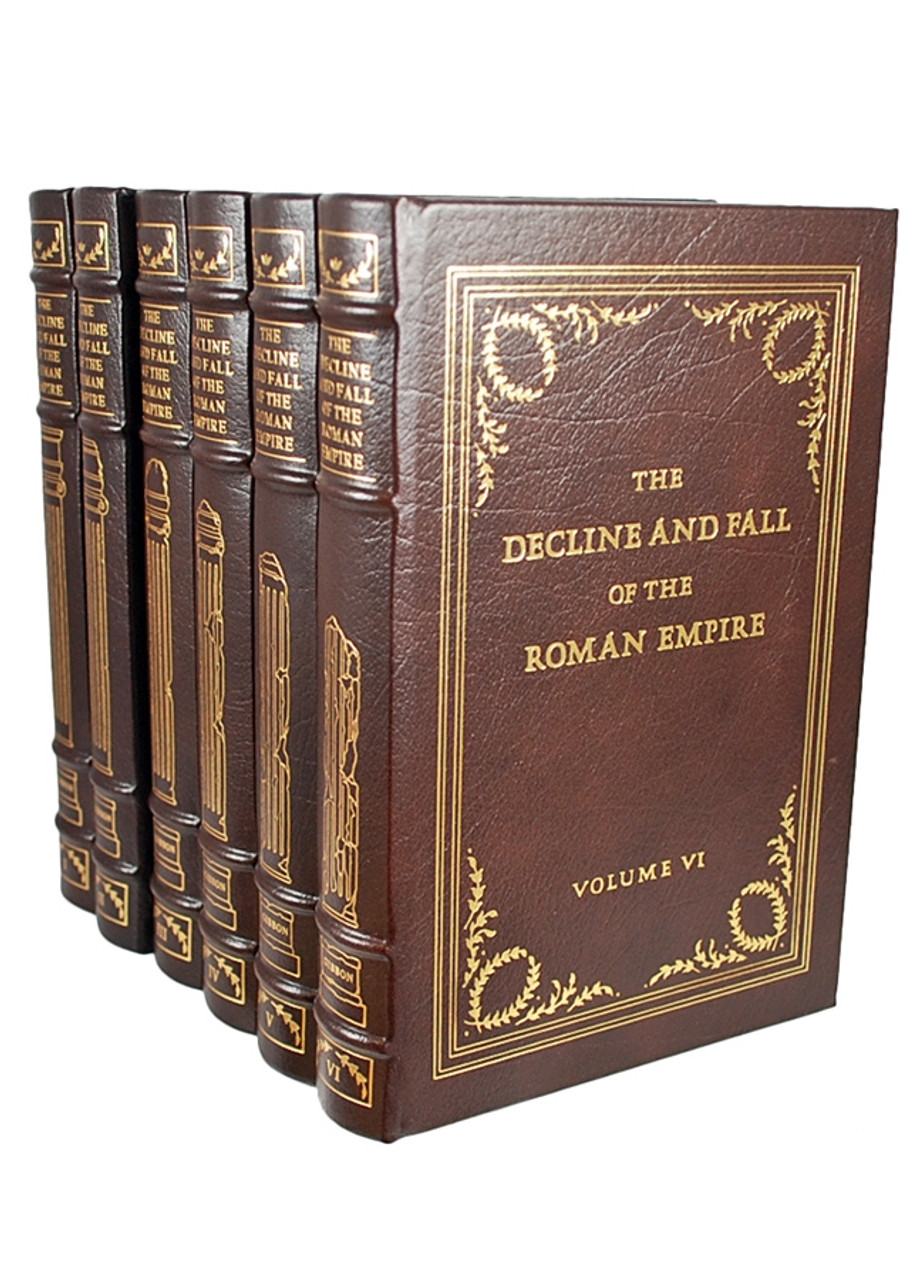 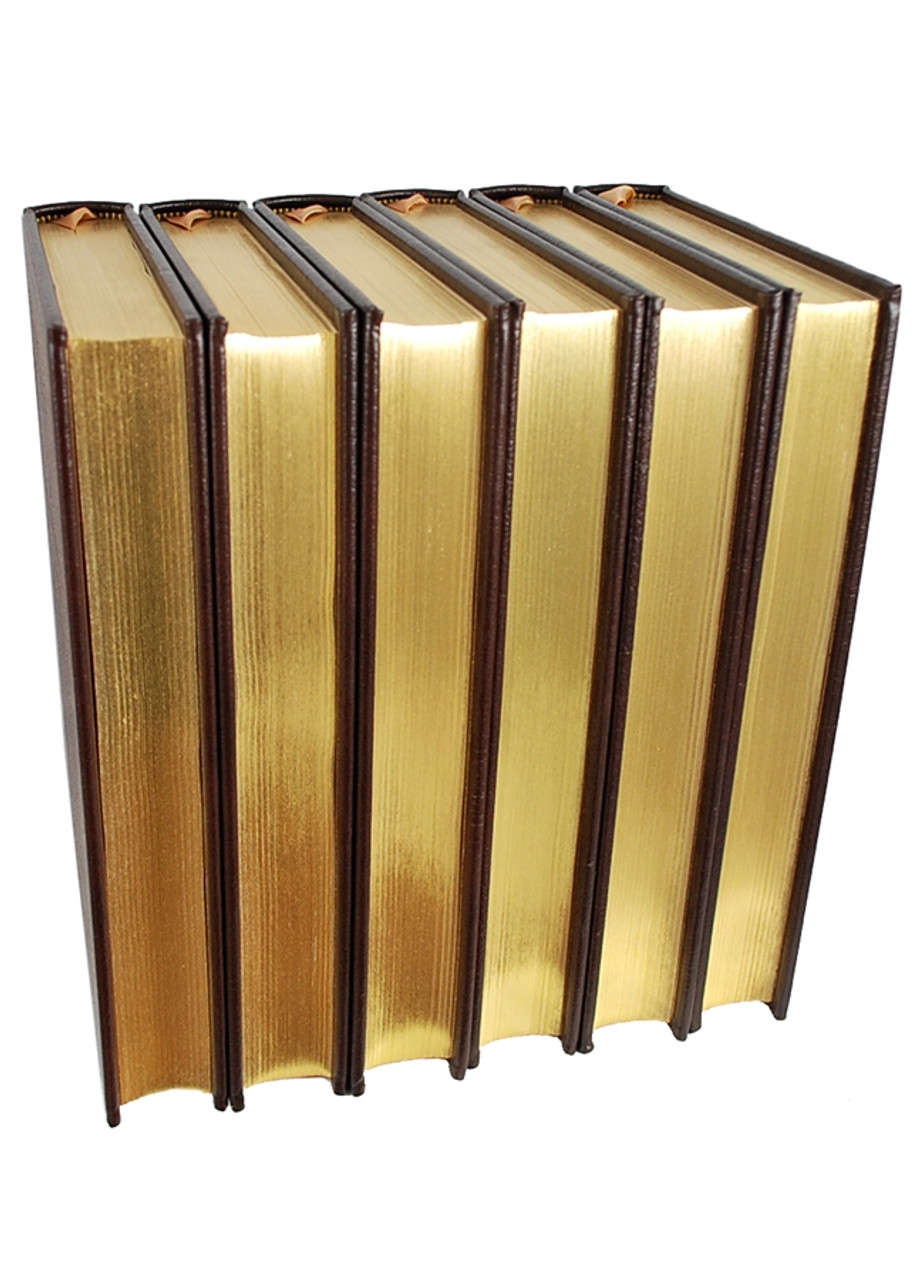 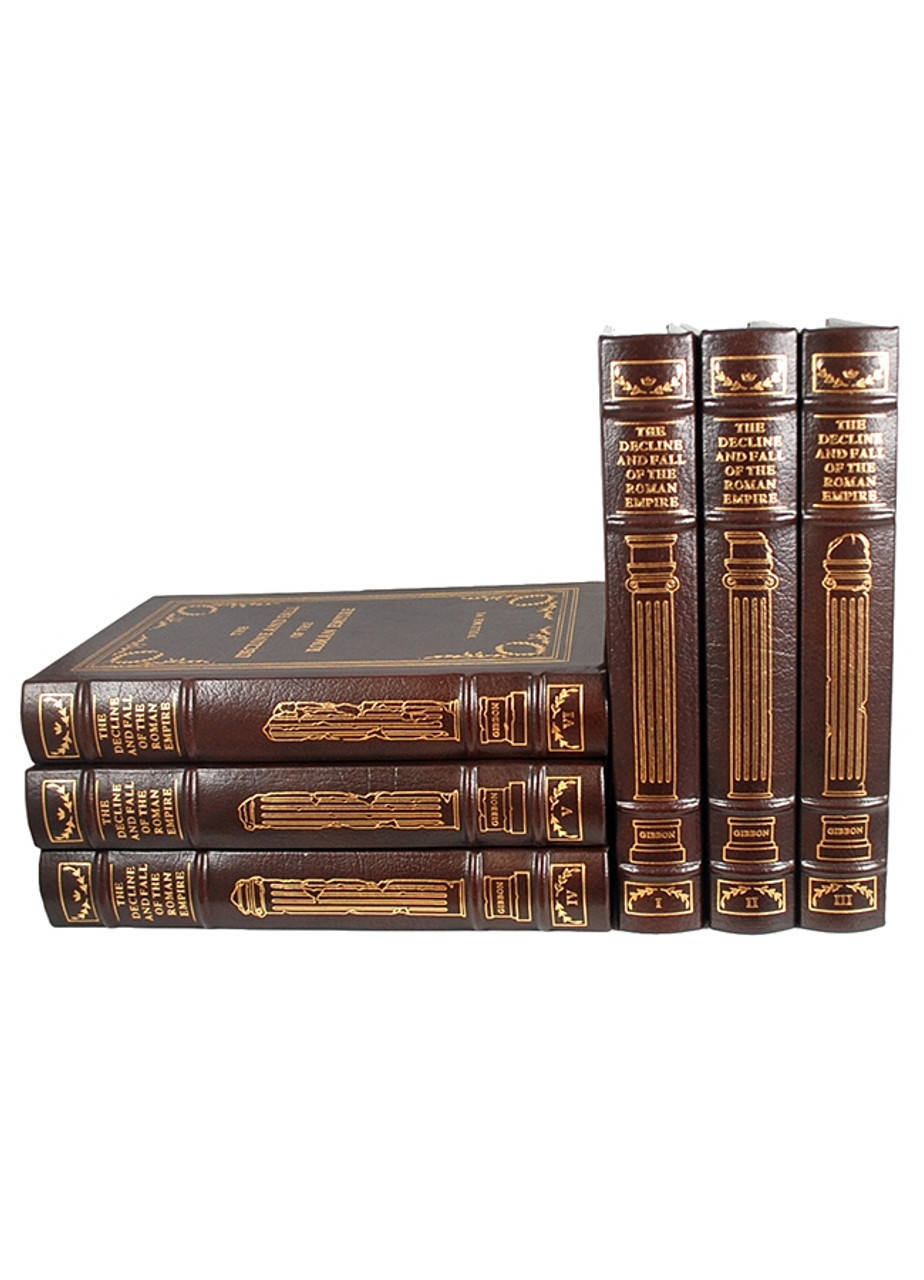 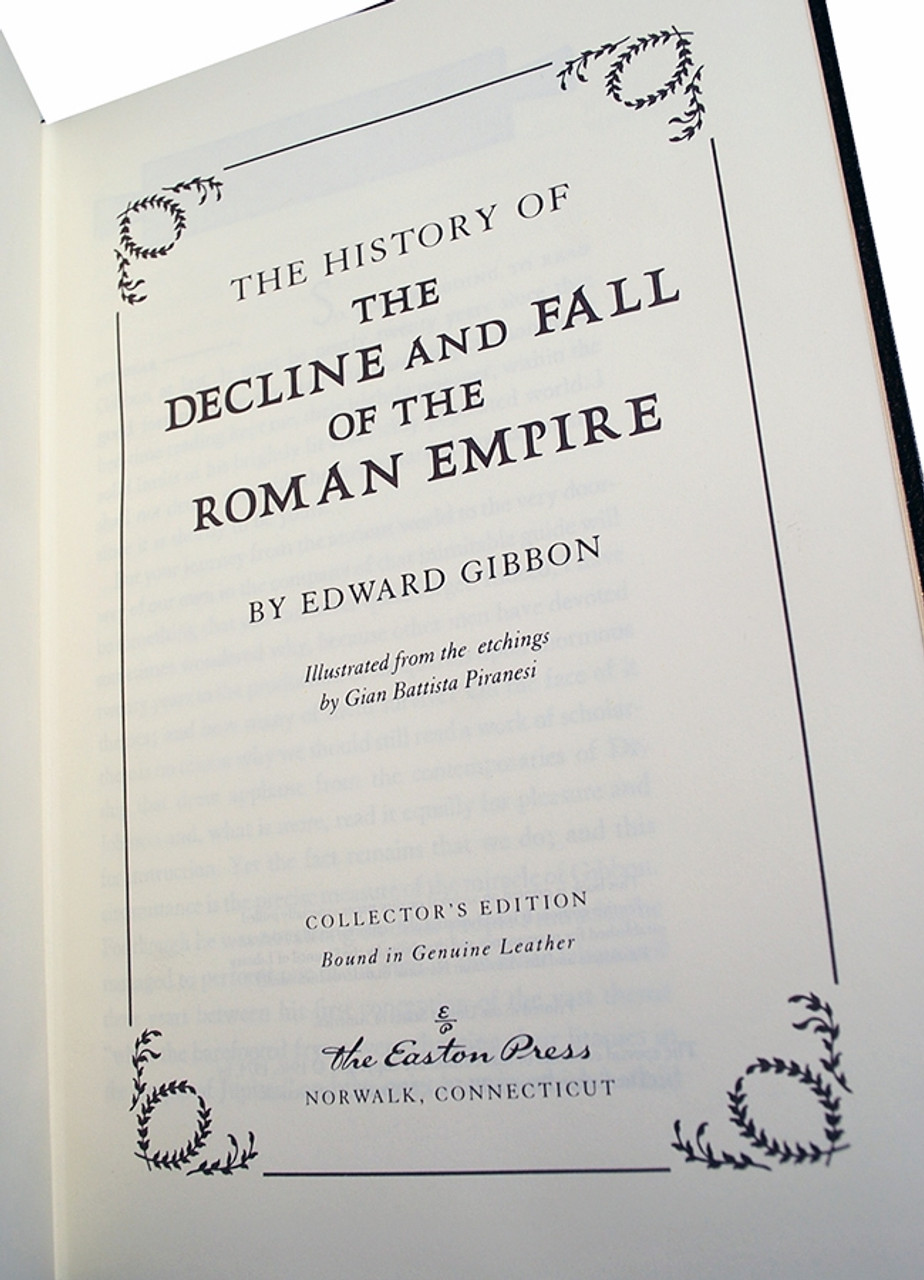 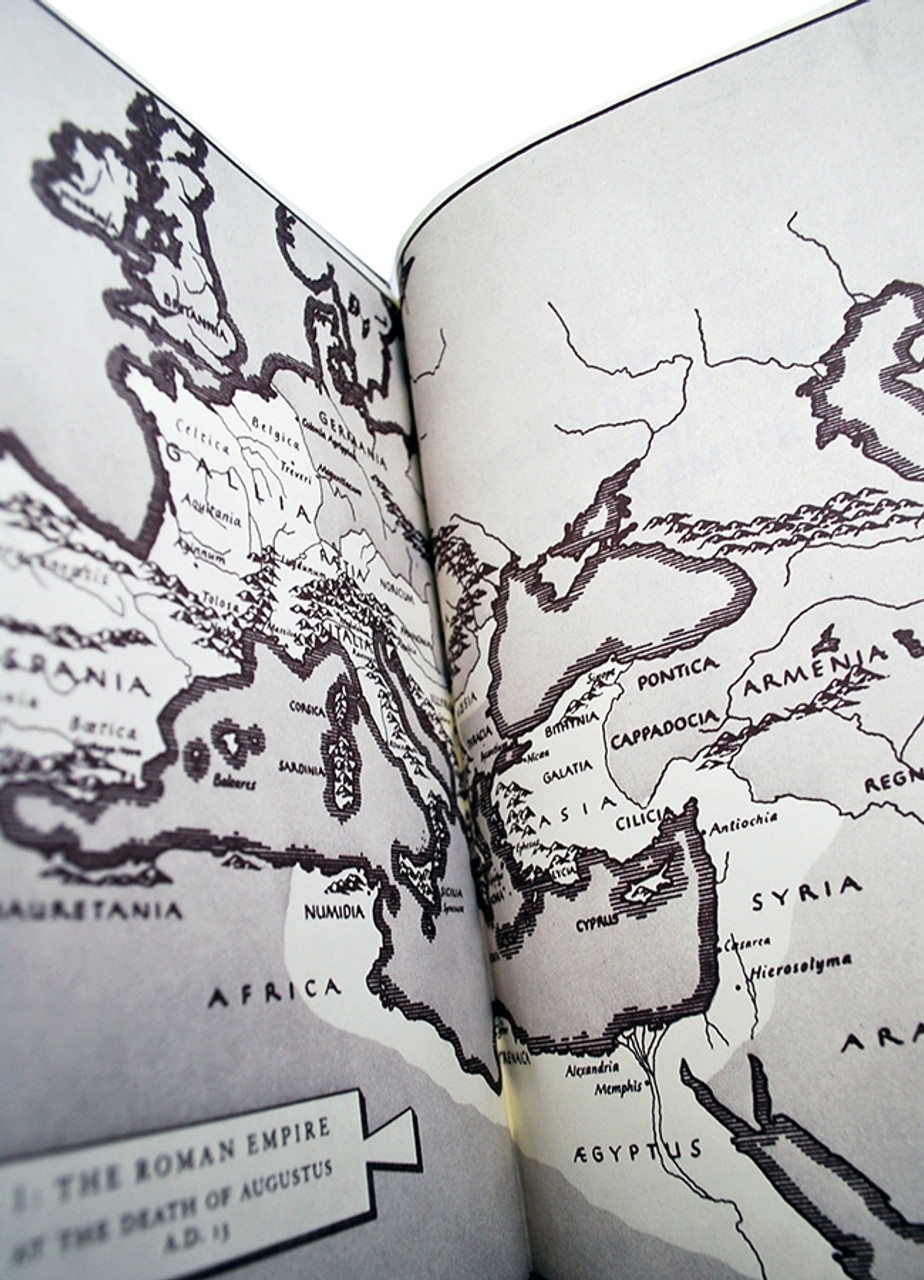 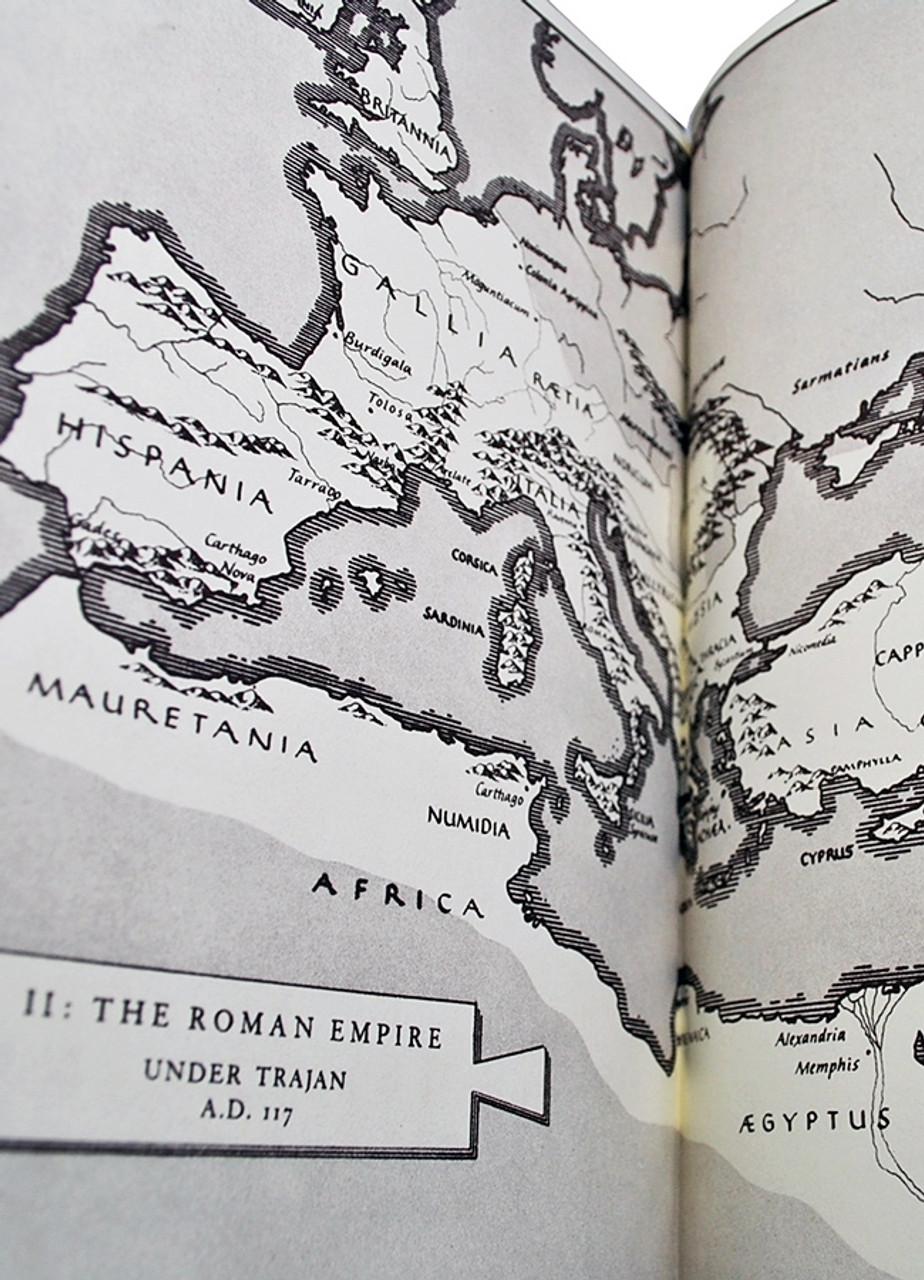 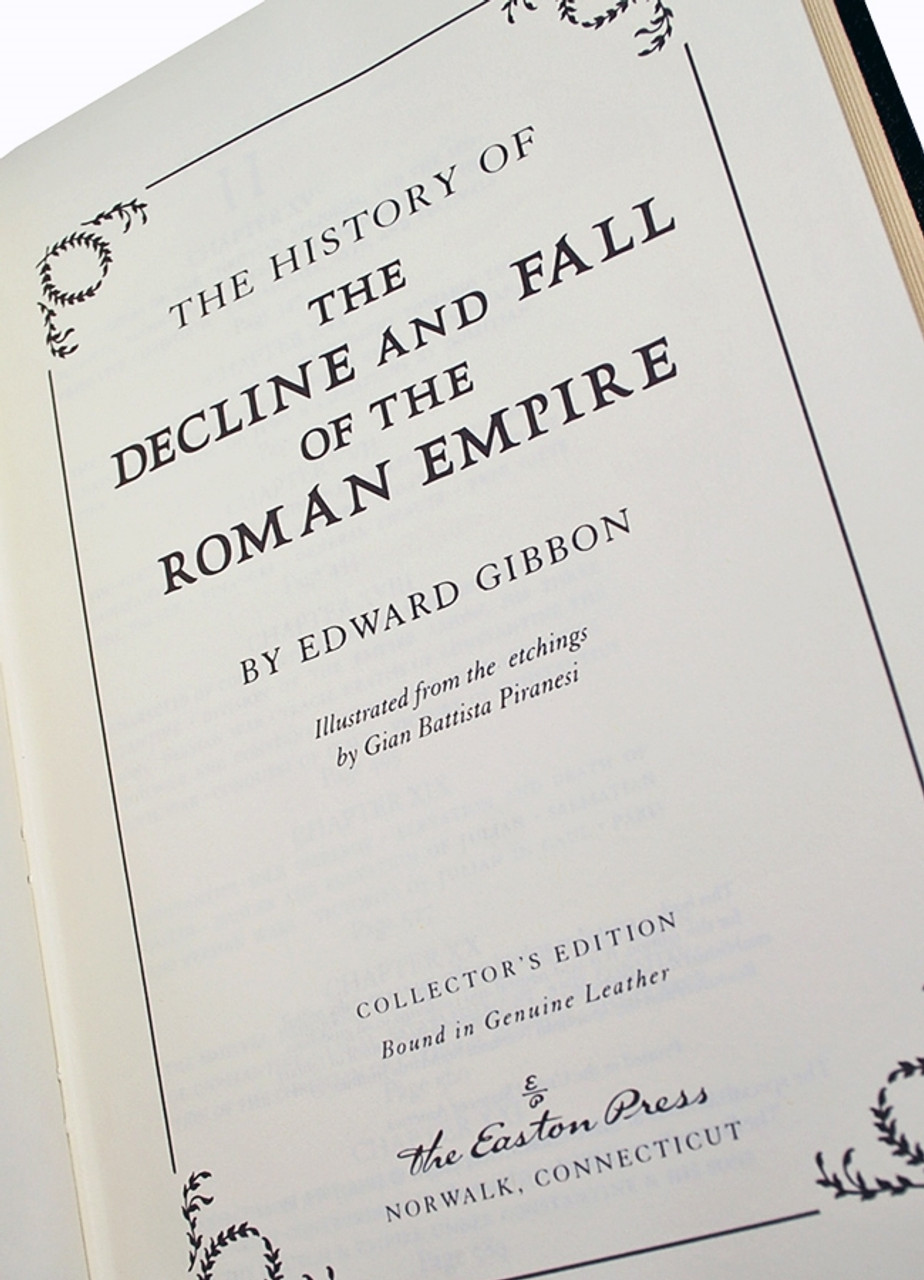 A magnificent collection bound in rich brown leather with 64 stunning etchings of the ruins of ancient Rome by Gian Battista Piranesi.

Easton Press. Norwalk, CT. 1974. Edward Gibbon "The History of the Decline and Fall of The Roman Empire" Limited Collector's Edition. These set of books would makes a great addition to the library of any serious collector or history buff. Bound in full genuine leather with elegant gold detailing.

Illustrated from the etchings by Gian Battista Piranesi.

Gripping, powerfully intelligent, and wonderfully entertaining, Gibbon's classic account of Rome ranks as one of the literary masterpieces of its age. Attacked for its enlightened views on politics, sexuality, and religion, the first volume was nonetheless found on every table and received widespread acclaim for its elegant prose. Famously skeptical about Christianity, unexpectedly sympathetic to the barbarian invaders and the Byzantine Empire, constantly aware of how political leaders often achieve the exact opposite of what they intend, Gibbon captured both the broad pattern of events and the significant revealing detail.

The History of the Decline and Fall of the Roman Empire is a six-volume work by the English historian Edward Gibbon. It traces Western civilization (as well as the Islamic and Mongolian conquests) from the height of the Roman Empire to the fall of Byzantium in the fifteenth century. Volume I was published in 1776 and went through six printings. Volumes II and III were published in 1781; volumes IV, V, and VI in 1788–1789.

Edward Gibbon (27 April 1737 - 16 January 1794) was an English historian and Member of Parliament. His most important work, The History of the Decline and Fall of the Roman Empire, was published in six volumes between 1776 and 1788 and is known for the quality and irony of its prose, its use of primary sources, and its open criticism of organised religion. 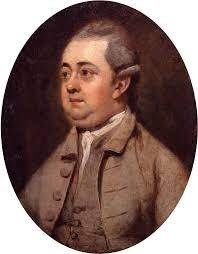 VERY FINE GUARANTEED. Each volume is in very fine condition without any discernible flaws. A wonderful bright clean copy. Unread books with no bumped corners. Sharp corners. No marks, writings or stamps. All photos of actual collection.