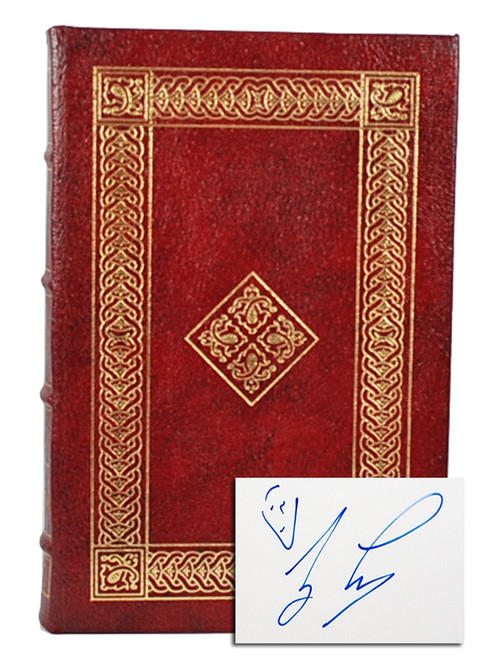 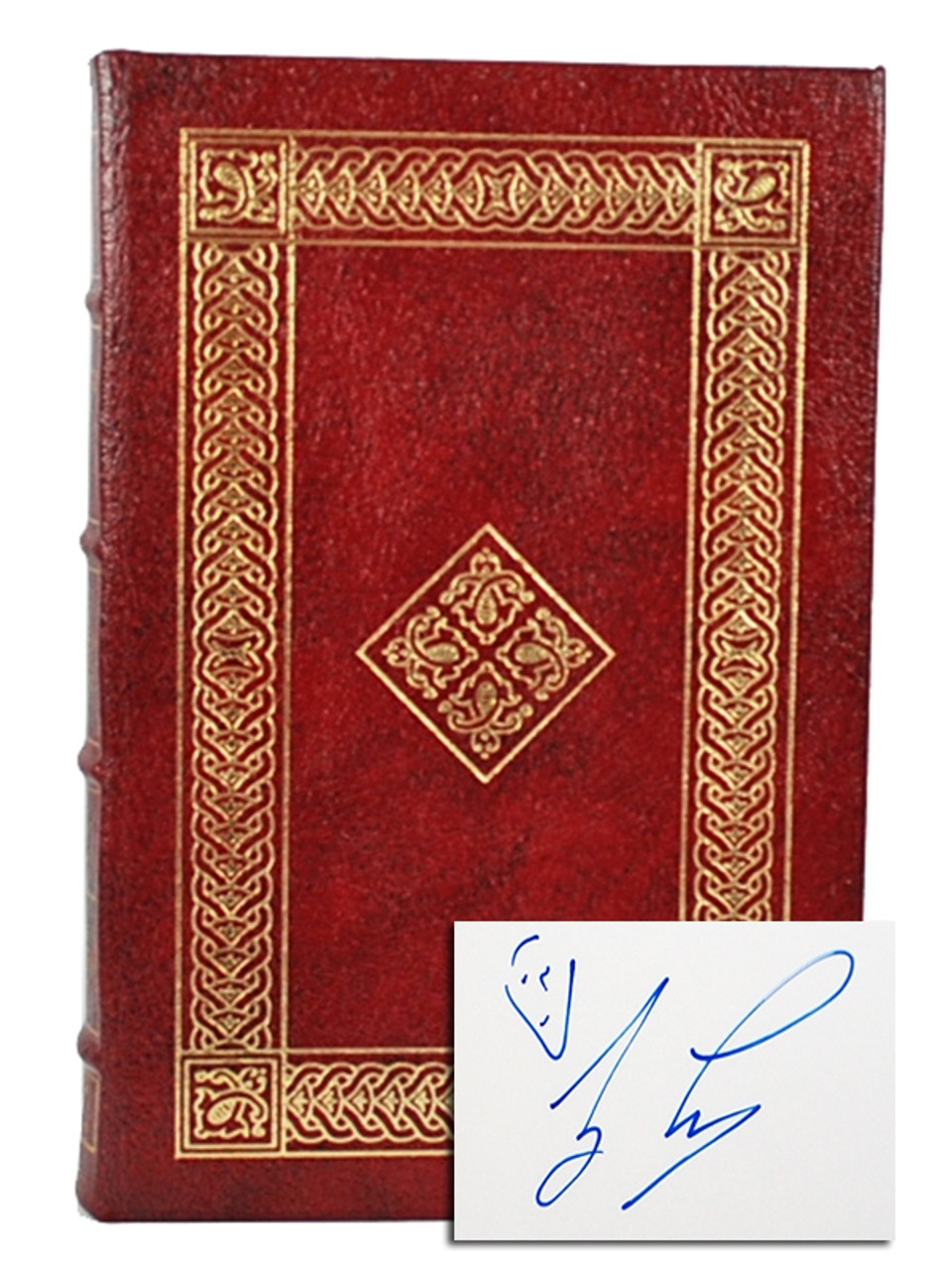 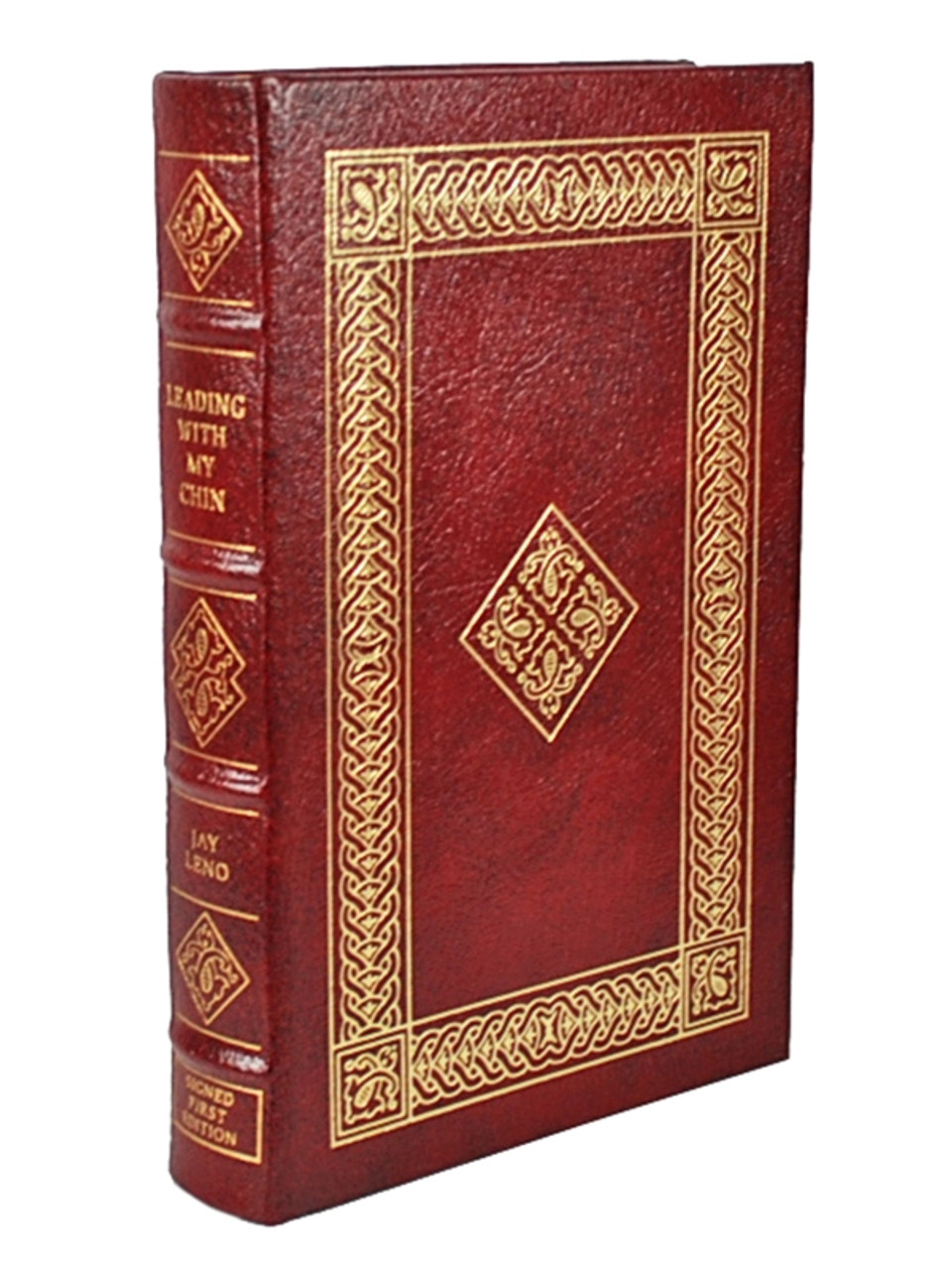 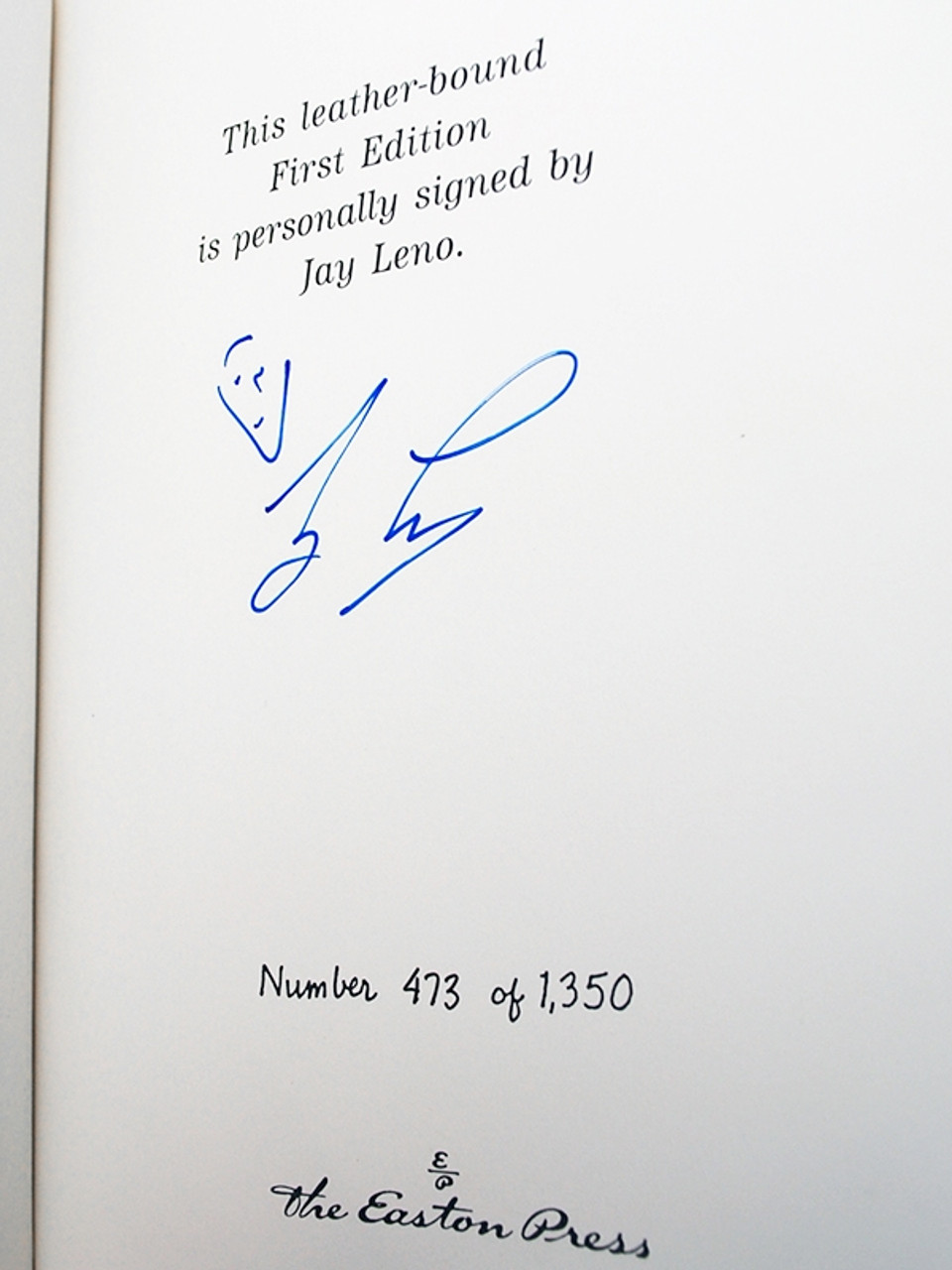 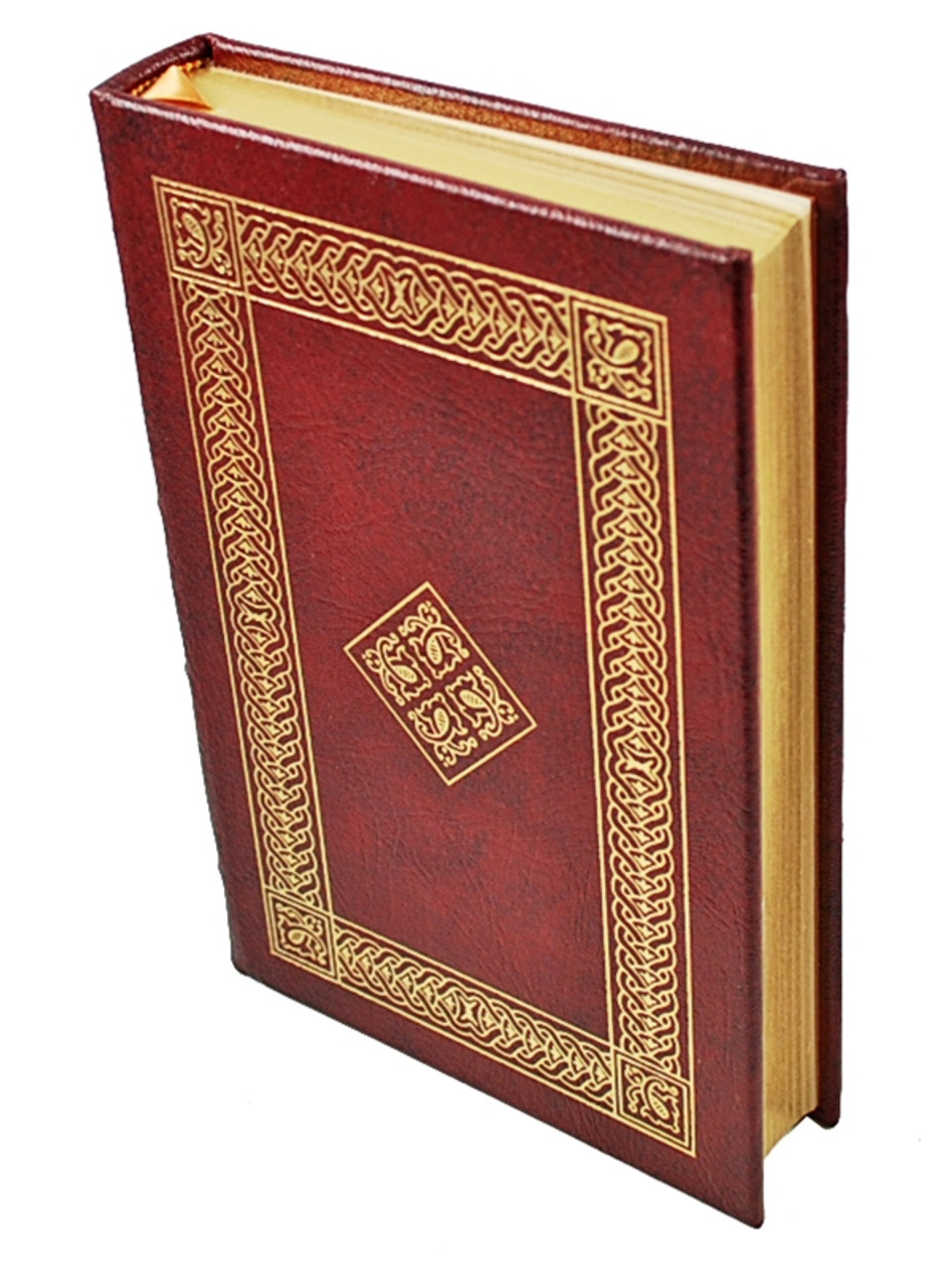 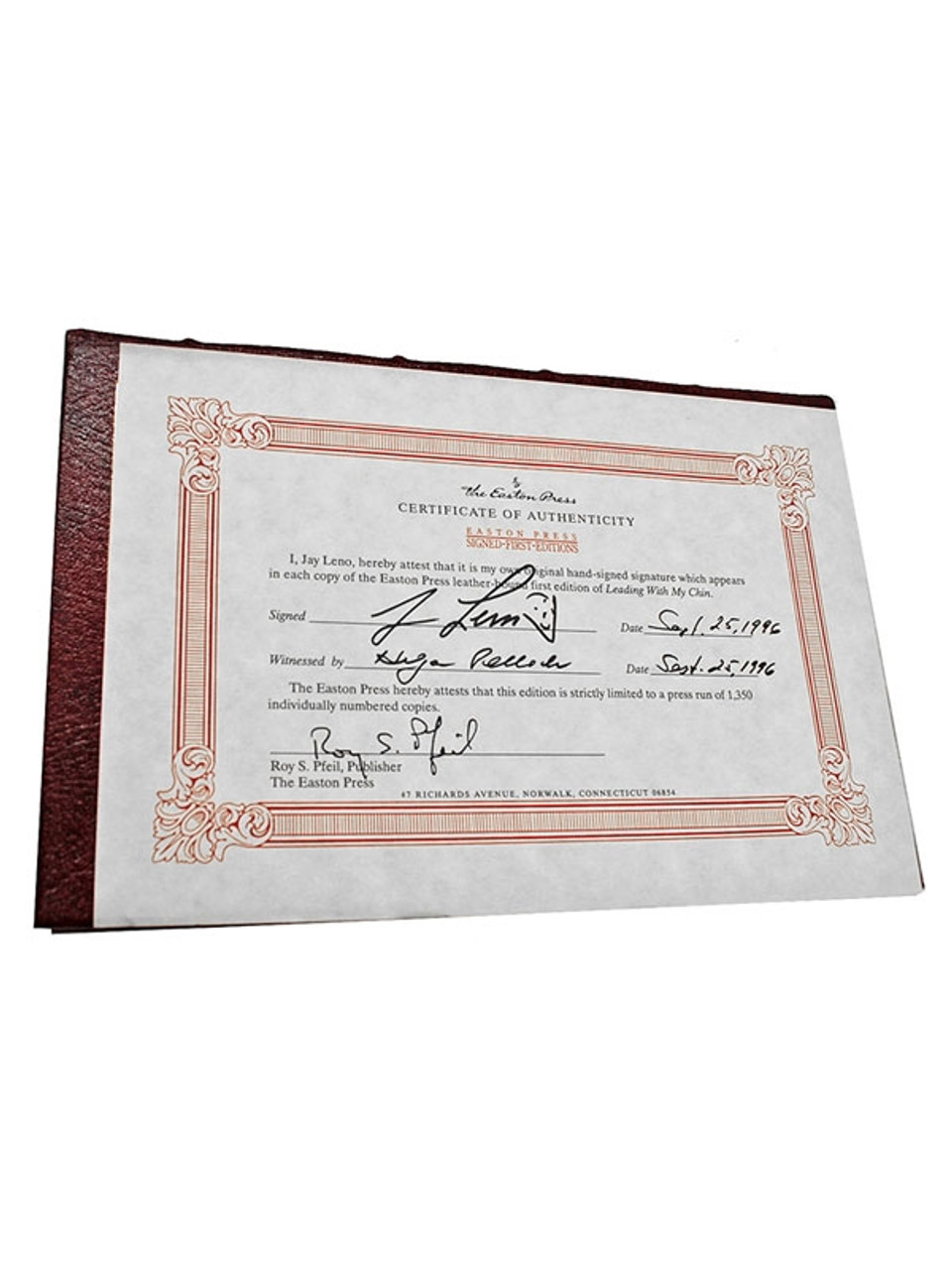 Easton Press, Norwalk CT. 1996 by Jay Leno, Bill Zehme "Leading with My Chin" Signed First Edition of only 1350 signed and numbered copies, this being number 473.

Long before he became the host of the tonight show, Jay Leno was dubbed by the media and his peers alike as the "Hardest-working Man in Show Business." Performing comedy at a breakneck pace, he played more than 300 dates a year and traveled to every corner of the nation. Or as his mother who never quite understood what he did for a living, liked to say, "Going from town to town, putting on his little skits."

In Leading with My Chin, Jay recounts many of the ridiculous steps (and missteps) that have led him on maybe the unlikeliest of paths -- from college campuses to Carnegie Hall to Las Vegas, and finally, to The Tonight Show.

James Douglas Muir "Jay" Leno ( born April 28, 1950) is an American comedian, actor, writer, producer, voice actor and television host. Leno was the host of NBC's The Tonight Show with Jay Leno from 1992 to 2009. Beginning in September 2009, Leno started a primetime talk show, titled The Jay Leno Show, which aired weeknights at 10:00 p.m. ET, also on NBC. After The Jay Leno Show was canceled in January 2010 amid a host controversy, Leno returned to host The Tonight Show with Jay Leno on March 1, 2010. Leno hosted his last episode of The Tonight Show on February 6, 2014. That same year, he was inducted into the Television Hall of Fame.