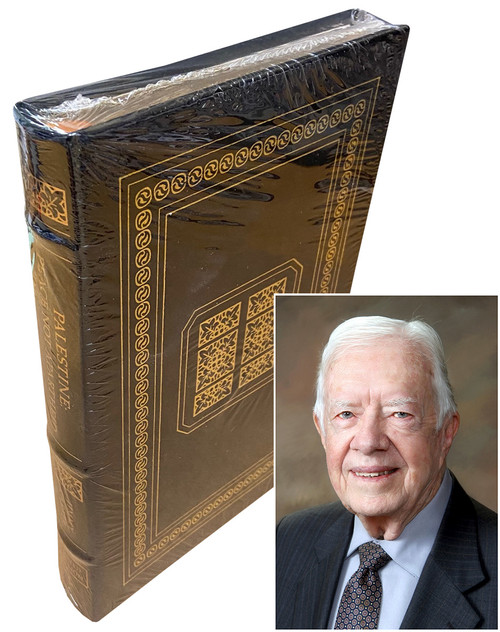 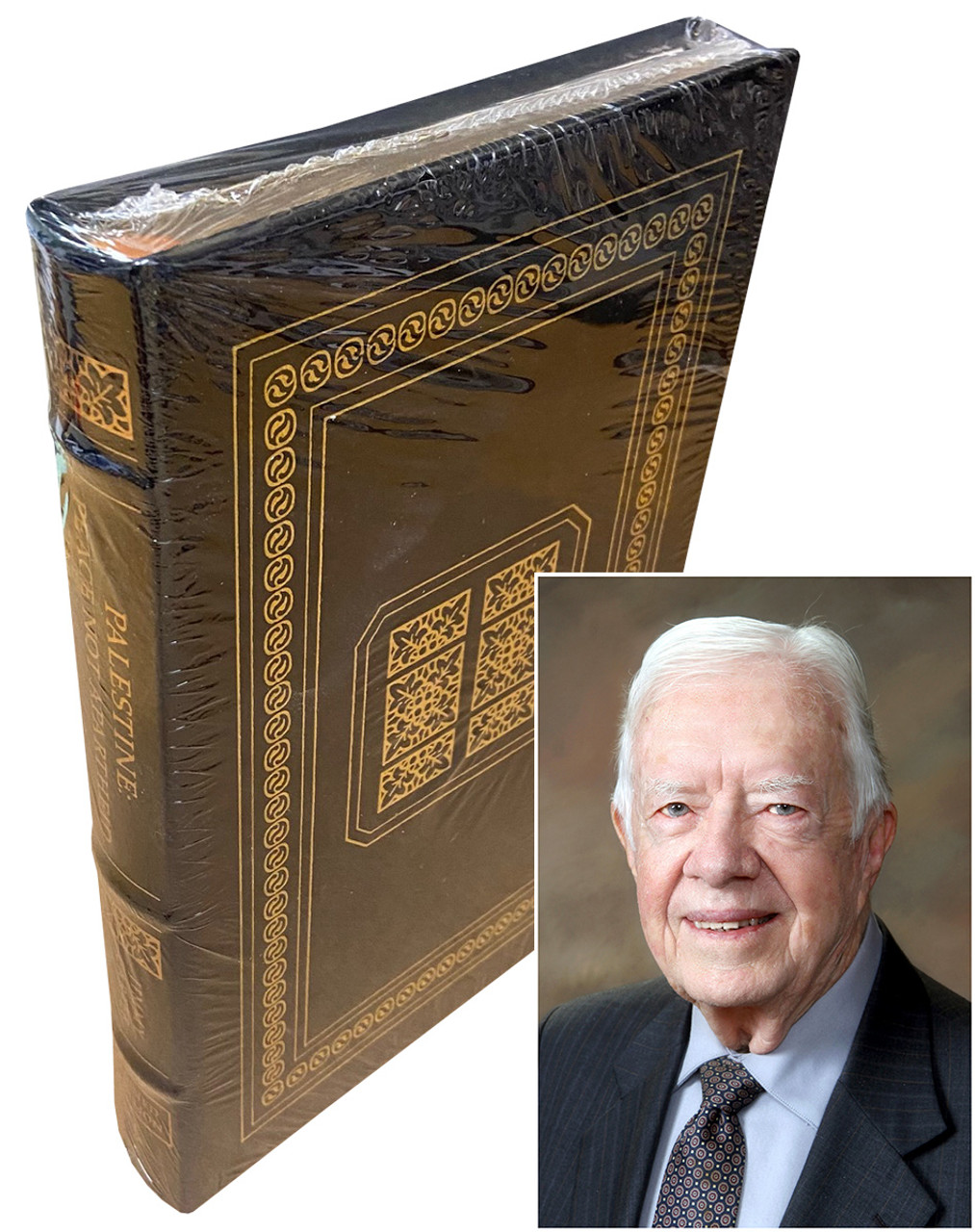 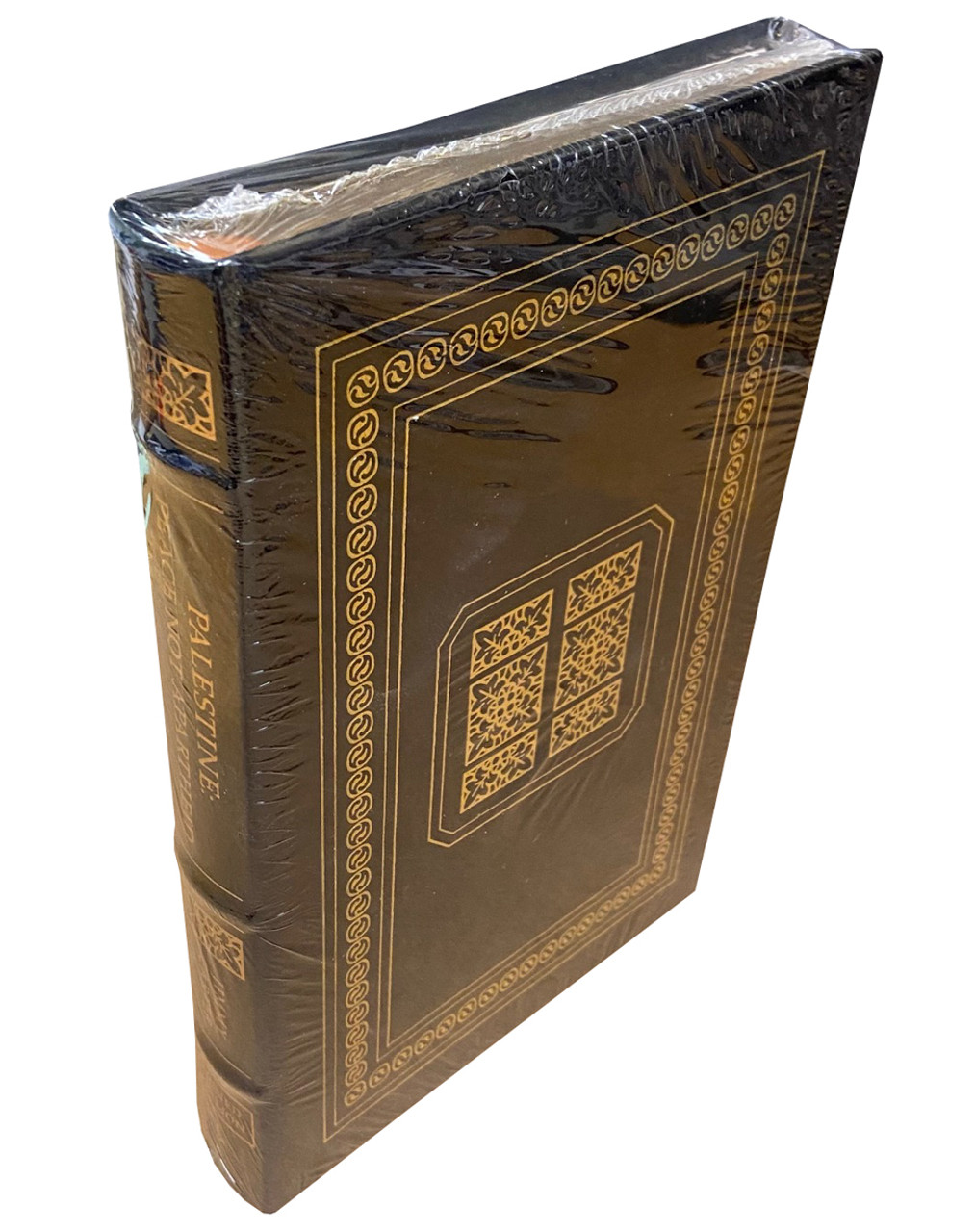 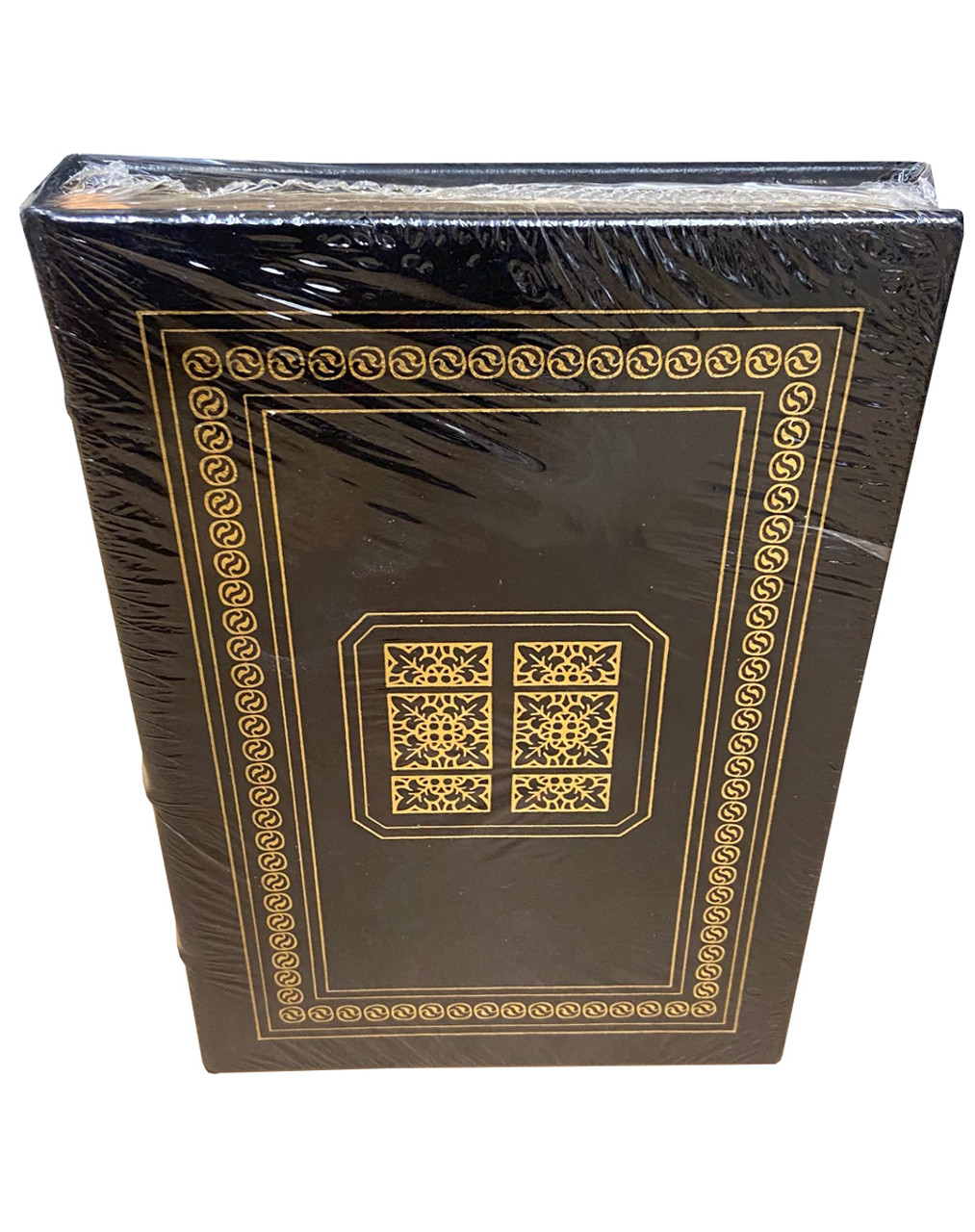 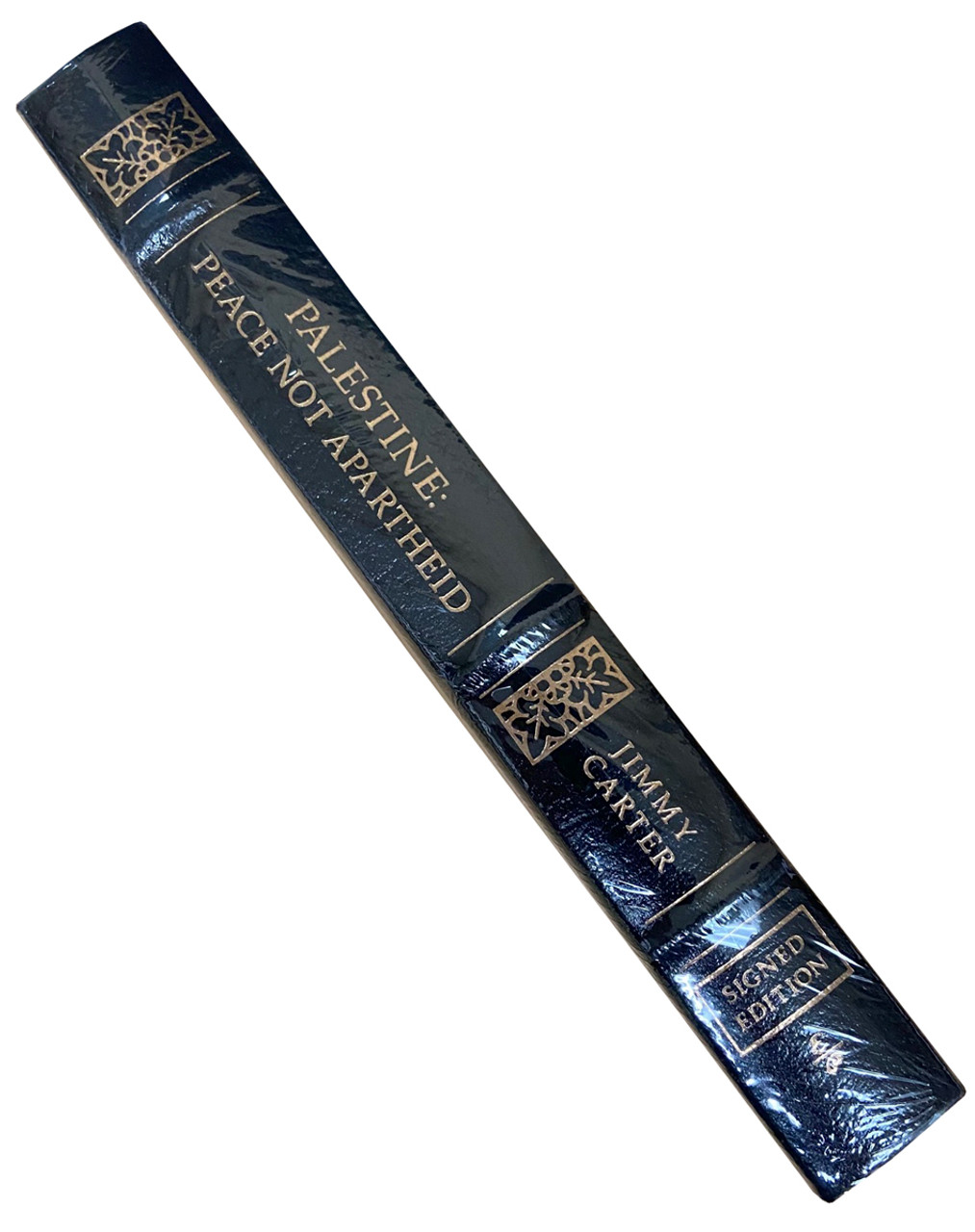 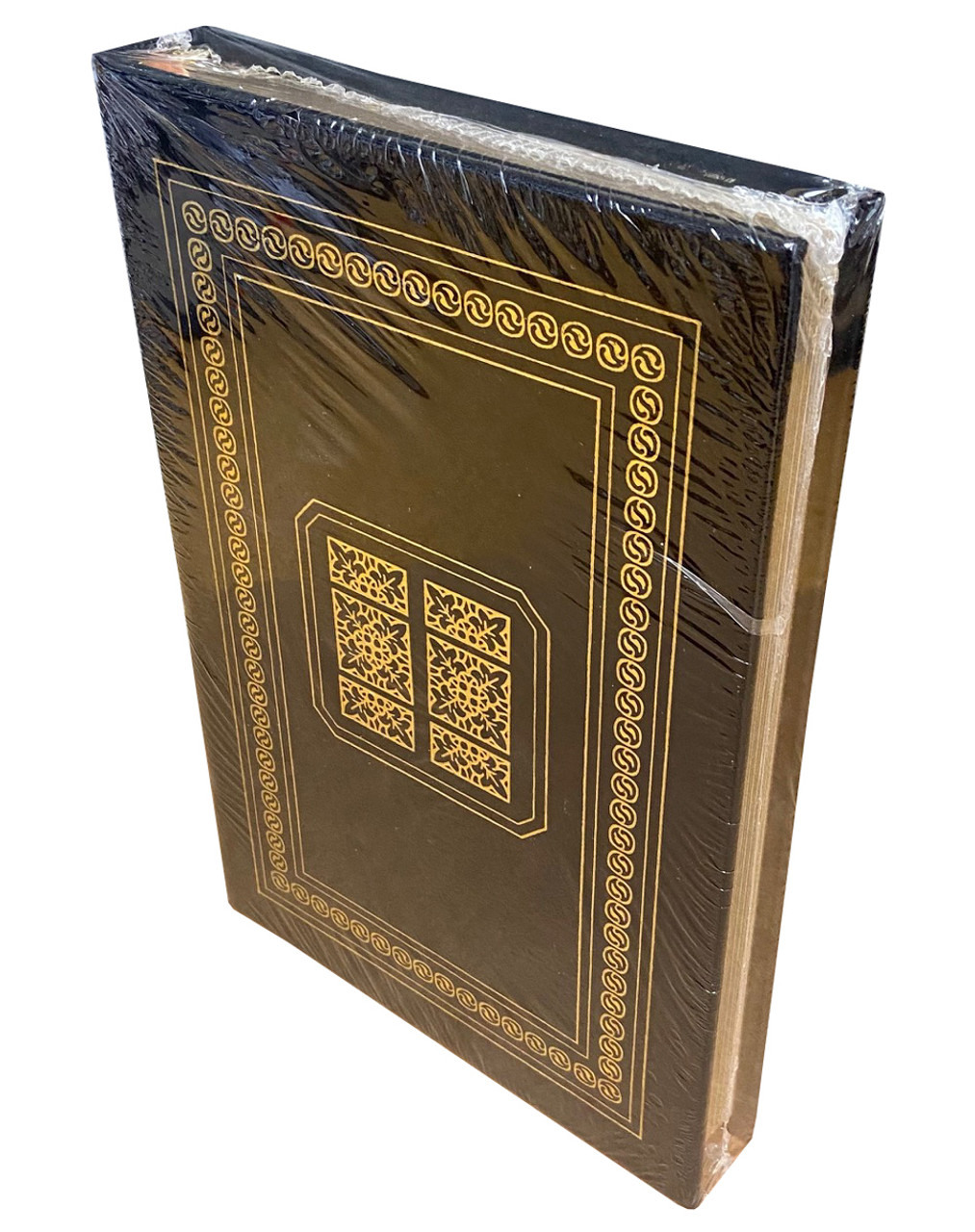 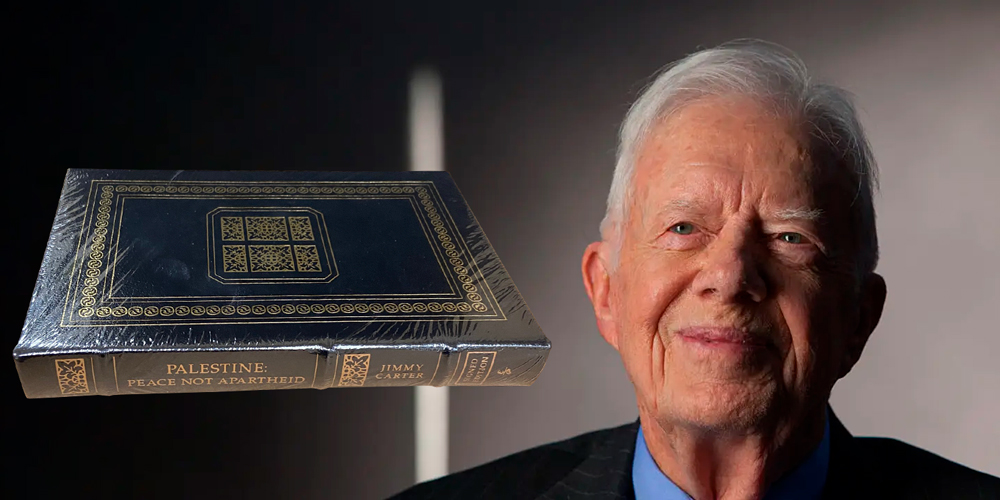 Jimmy Carter was the thirty-ninth President of the United States, serving from 1977 to 1981. In 1982, he and his wife founded The Carter Center, a nonprofit organization dedicated to improving the lives of people around the world. Carter was awarded the Nobel Peace Prize in 2002. He is the author of thirty books, including A Full Life: Reflections at Ninety; A Call to Action: Women, Religion, Violence, and Power; An Hour Before Daylight: Memoirs of a Rural Boyhood; and Our Endangered Values: America’s Moral Crisis.

Following his #1 New York Times bestseller, Our Endangered Values, the former president, winner of the Nobel Peace Prize, offers an assessment of what must be done to bring permanent peace to Israel with dignity and justice to Palestine.

President Carter, who was able to negotiate peace between Israel and Egypt, has remained deeply involved in Middle East affairs since leaving the White House. He has stayed in touch with the major players from all sides in the conflict and has made numerous trips to the Holy Land, most recently as an observer in the Palestinian elections of 2005 and 2006.

In this book, President Carter shares his intimate knowledge of the history of the Middle East and his personal experiences with the principal actors, and he addresses sensitive political issues many American officials avoid. Pulling no punches, Carter prescribes steps that must be taken for the two states to share the Holy Land without a system of apartheid or the constant fear of terrorism.

The general parameters of a long-term, two-state agreement are well known, the president writes. There will be no substantive and permanent peace for any peoples in this troubled region as long as Israel is violating key UN resolutions, official American policy, and the international “road map” for peace by occupying Arab lands and oppressing the Palestinians. Except for mutually agreeable negotiated modifications, Israel’s official pre-1967 borders must be honored. As were all previous administrations since the founding of Israel, US government leaders must be in the forefront of achieving this long-delayed goal of a just agreement that both sides can honor.

Palestine Peace Not Apartheid is a challenging, provocative, and courageous book.

"This book offers a historical overview in the form of a personal memoir....Carter may thus be said to be both a source for the historian and himself a historian of the Israeli-Palestinian confrontation. This little book merits a reading on both counts." -- L. Carl Brown, Foreign Affairs

"A provocative and all too accurate diagnosis of why the Israeli-Palestinian impasse still festers twenty-five years after [Carter] left the White House....Timely and refreshing for its candor." -- Philip C. Wilcox, Jr., National Catholic Reporter

"This is a must-read for anyone desiring to understand the Middle East problems." -- Dennis Lythgoe, The Deseret Morning News (Salt Lake City)

"Takes dead aim at what is the most pressing international affairs and national security issue of our times....Mr. Carter brings to the table a unique credibility." -- Dan Simpson, The Toledo Blade (Ohio)

James Earl Carter Jr. (born October 1, 1924) is an American former politician who served as the 39th president of the United States from 1977 to 1981. A member of the Democratic Party, he previously served as the 76th governor of Georgia from 1971 to 1975 and as a Georgia state senator from 1963 to 1967. Since leaving office, Carter has remained engaged in political and social projects, receiving the Nobel Peace Prize in 2002 for his humanitarian work.

Born and raised in Plains, Georgia, Carter graduated from the United States Naval Academy in 1946 with a Bachelor of Science degree and joined the United States Navy, serving on numerous submarines. After the death of his father in 1953, he left his naval career and returned home to Plains, where he assumed control of his family's peanut-growing business. He inherited comparatively little due to his father's forgiveness of debts and the division of the estate amongst himself and his siblings. Nevertheless, his ambition to expand and grow the family's peanut farm was fulfilled. During this period, Carter was encouraged to oppose racial segregation and support the growing civil rights movement. He became an activist within the Democratic Party. From 1963 to 1967, Carter served in the Georgia State Senate, and in 1970 was elected as the governor of Georgia, defeating former Governor Carl Sanders in the Democratic primary. He remained as governor until 1975. Despite being a dark-horse candidate who was generally unknown outside of Georgia, he won the 1976 Democratic presidential nomination. In the 1976 presidential election, Carter ran as an outsider and narrowly defeated incumbent Republican president Gerald Ford.

Very Fine without any flaws. Sealed. Square and tight spine. Includes original collector notes, and unattached bookplate for your own personalization. Sharp corners that are not bumped. The gilded page edges are free of scratches, marks, blemishes, or any other defects.