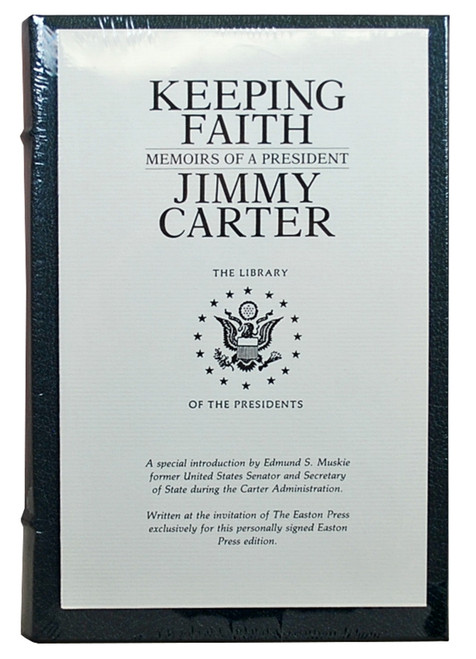 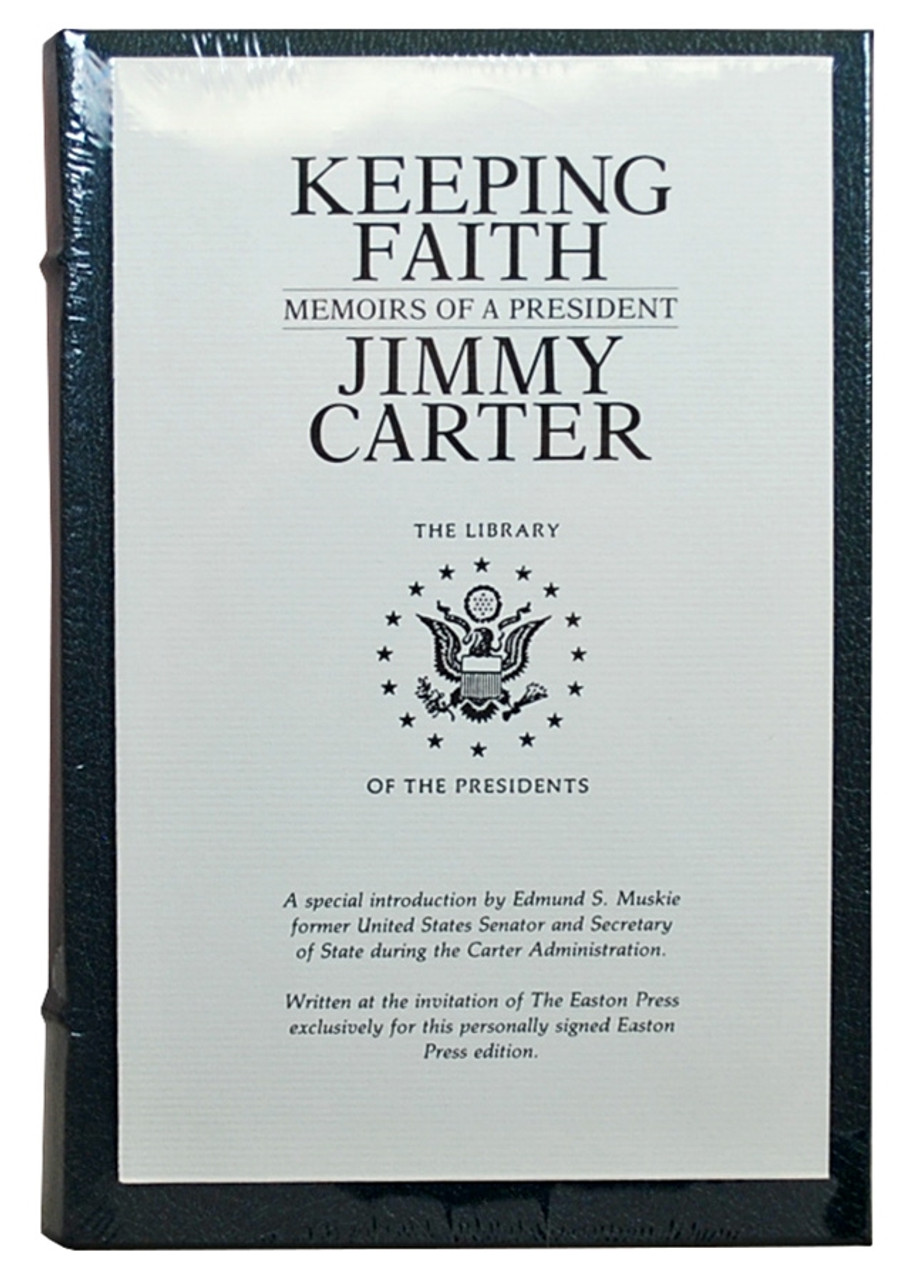 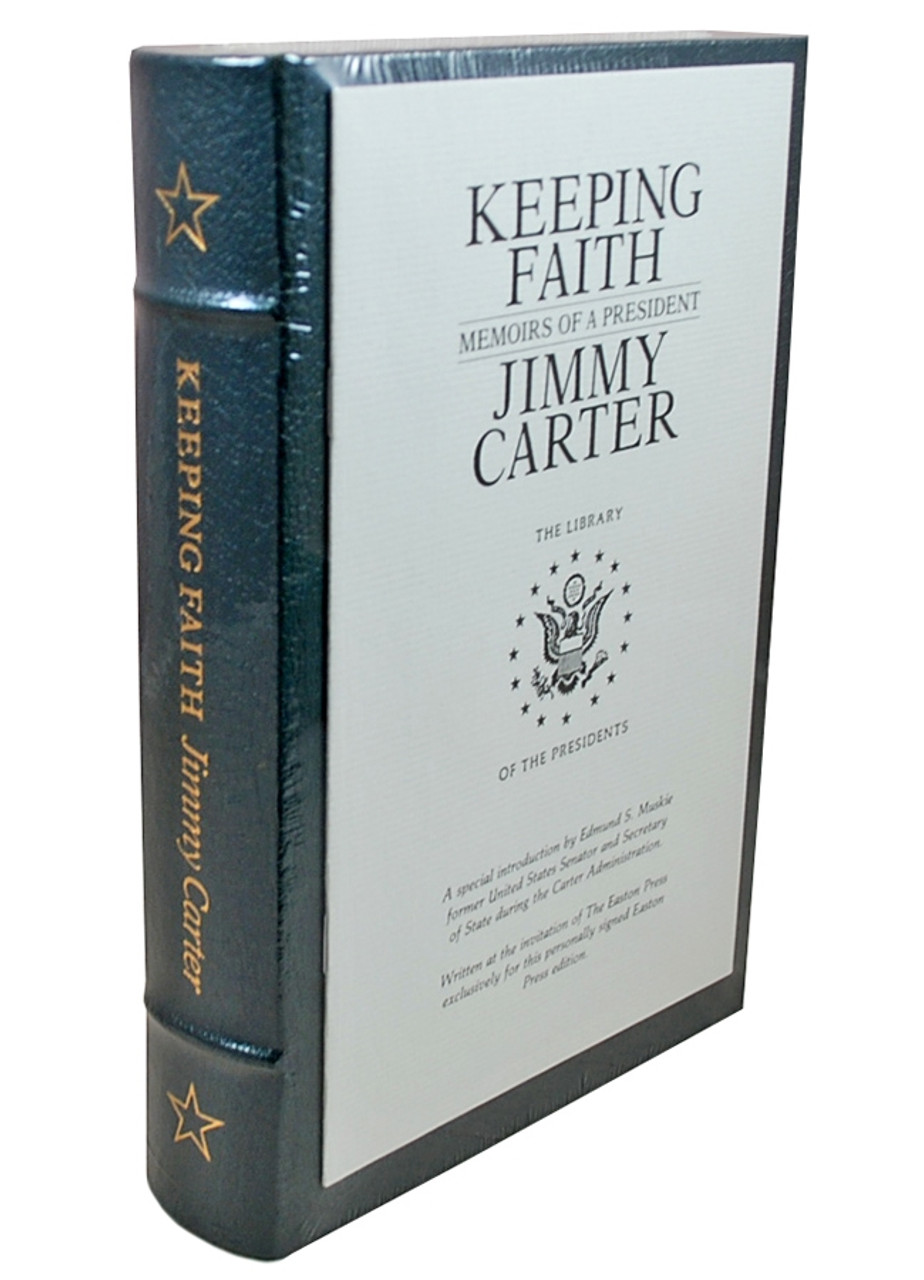 Personally signed by President Jimmy Carter, the Nobel Peace Prize Winner, on a special dedication page. From the Library of the Presidents. A special introduction by Edmund S. Muskie former United States Senator and Secretary of States during the Carter Administration.

A wonderful signed limited heirloom edition to showcase in your presidential library - beautifully bound in full genuine leather. An ideal retirement gift for yourself or a for loved one. As New without any flaws.

Signature Authenticity
Easton Press guarantees the signature to be authentic as part of their Library of the Presidents collection. The author Jimmy Carter has personally signed this book with his own hand. It is not an auto-pen or a signature stamp.

"Keeping Faith: Memoirs of a President" is President Carter's impressions of his life in the White House, published two years after he lost the 1980 election. He was one of the most active ex-Presidents in history and went on to win the Nobel Peace Prize. This is the top line full leather edition of the book, published by Easton Press and personally hand signed by President Carter.

This book gives a very thorough and honest review of the major policy issues confronting President Carter in the late 1970s. If you think his presidency was a failure, you should at least take time to read about why he acted the way he did. He explains the seemingly endless energy debate in great detail and also what led him to give his infamous "crisis of confidence" speech. He gives a practically minute-by-minute account of the hostage crisis and how he worked (successfully) to win their release without nuclear weaponry or massive bloodshed. 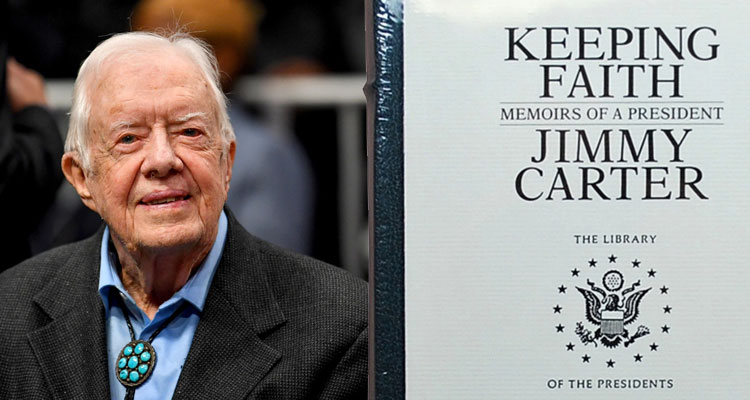 Very Fine without any flaws. Sealed. Square and tight spine. Includes original collector notes, and unattached bookplate for your own personalization. Sharp corners that are not bumped. The gilded page edges are free of scratches, marks, blemishes, or any other defects.