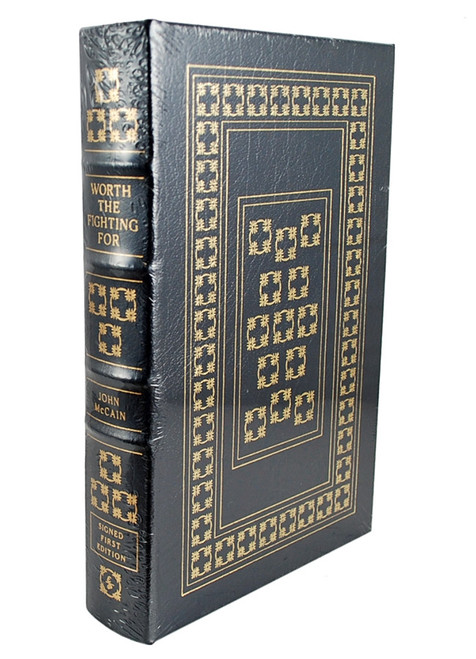 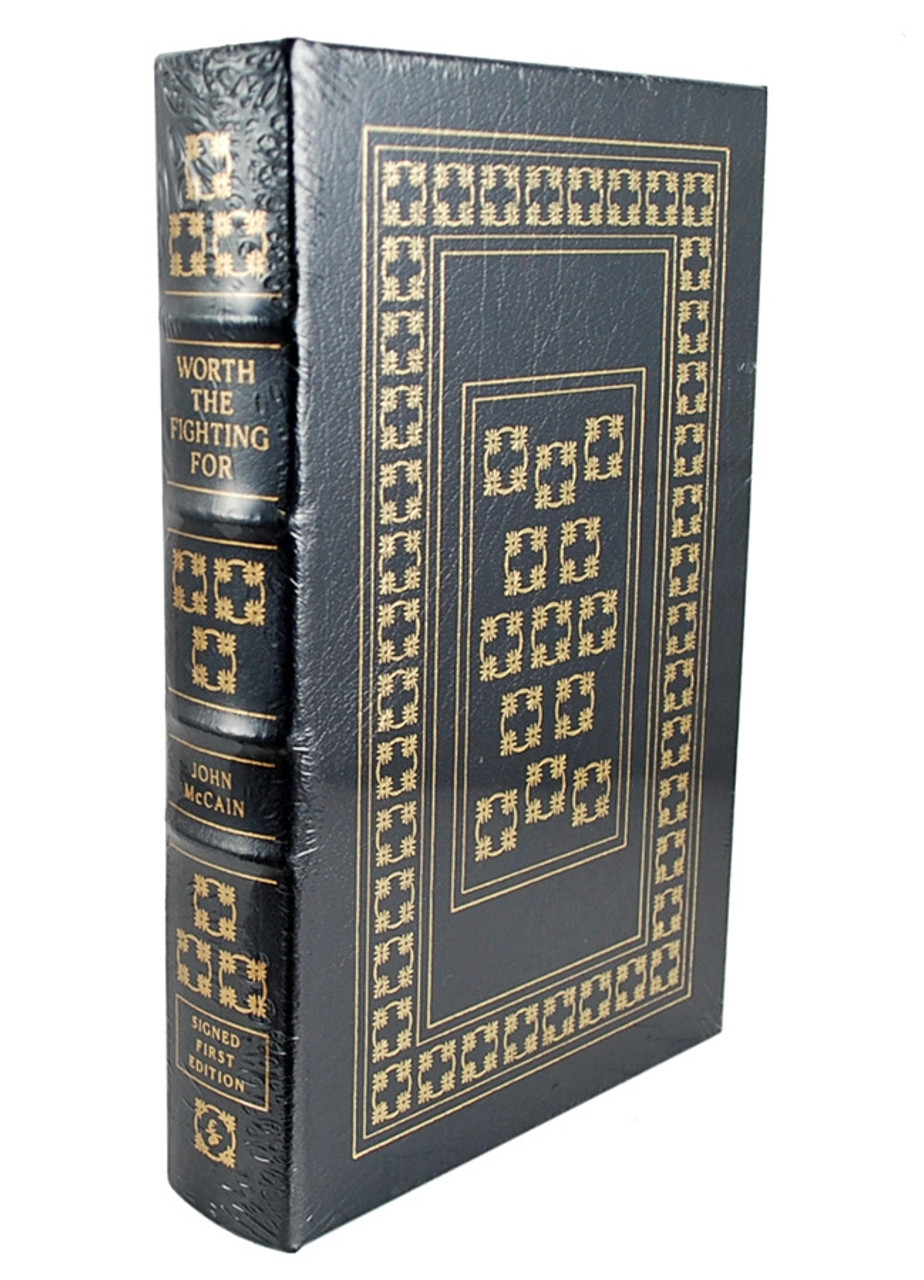 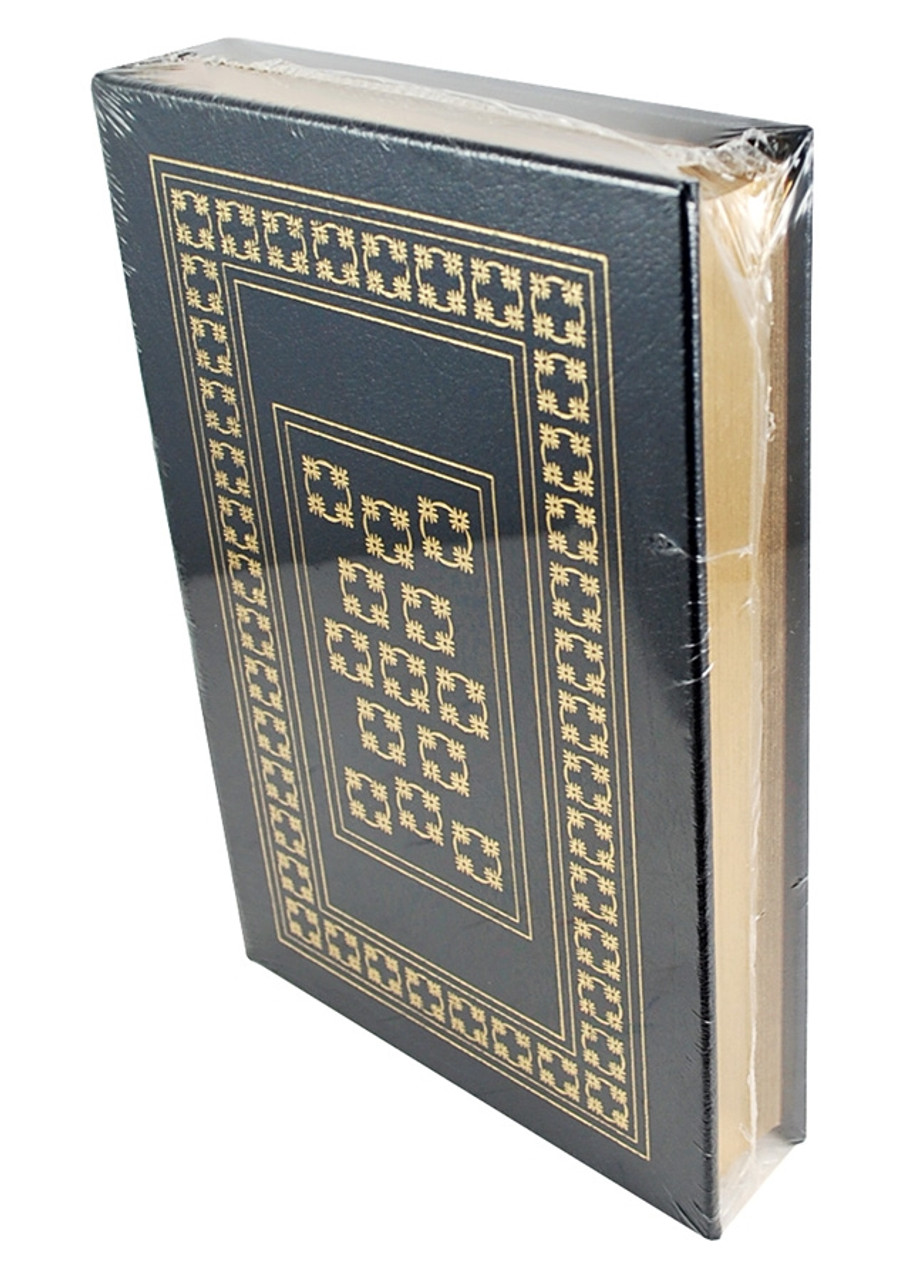 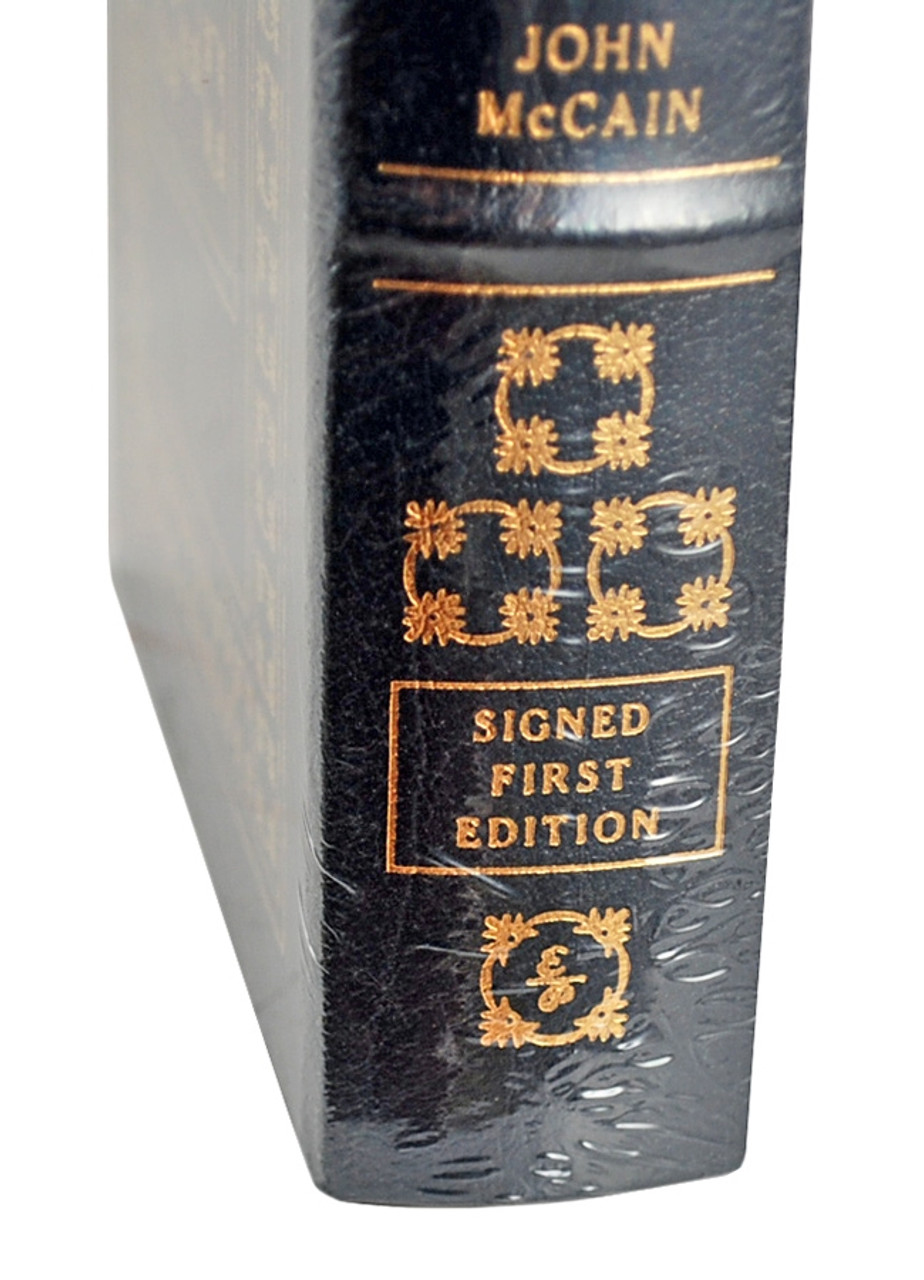 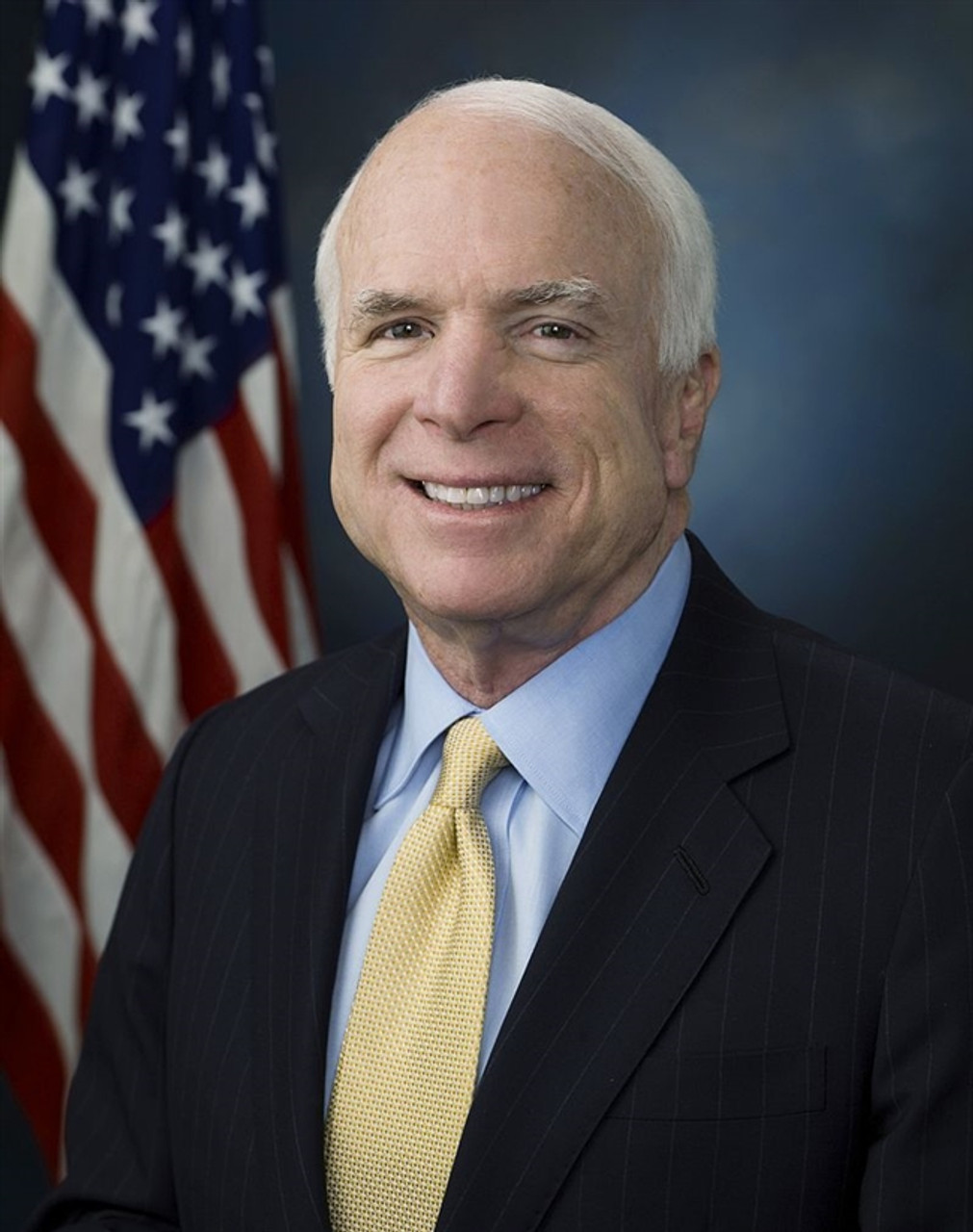 Easton Press guarantees the signature to be authentic. Includes COA and collector notes.

Easton Press, Norwalk. CT., 2002. John McCain "Worth the Fighting For: A Memoir" Signed First Edition. Signed and numbered on a special dedication page. A leather-bound collectible heirloom for your library. A wonderful gift for the politician.

In 1999, John McCain wrote one of the most acclaimed and bestselling memoirs of the decade, Faith of My Fathers. That book ended in 1972, with McCain?s release from imprisonment in Vietnam. This is the rest of his story, about his great American journey from the U.S. Navy to his electrifying run for the presidency, interwoven with heartfelt portraits of the mavericks who have inspired him through the years?Ted Williams, Theodore Roosevelt, visionary aviation proponent Billy Mitchell, Marlon Brando in Viva Zapata!, and, most indelibly, Robert Jordan. It was Jordan, Hemingway?s protagonist in For Whom the Bell Tolls, who showed McCain the ideals of heroism and sacrifice, stoicism and redemption, and why certain causes, despite the costs, are . . .

Worth the Fighting For

After five and a half years as a prisoner of war in Vietnam, naval aviator John McCain returned home a changed man. Regaining his health and flight-eligibility status, he resumed his military career, commanding carrier pilots and serving as the navy's liaison to what is sometimes ironically called the world?s most exclusive club, the United States Senate. Accompanying Senators John Tower and Henry ?Scoop? Jackson on international trips, McCain began his political education in the company of two masters, leaders whose standards he would strive to maintain upon his election to the U.S. Congress. There, he learned valuable lessons in cooperation from a good-humored congressman from the other party, Morris Udall. In 1986, McCain was elected to the U.S. Senate, inheriting the seat of another role model, Barry Goldwater.

During his time in public office, McCain has seen acts of principle and acts of craven self-interest. He describes both ex-tremes in these pages, with his characteristic straight talk and humor. He writes honestly of the lowest point in his career, the Keating Five savings and loan debacle, as well as his triumphant moments?his return to Vietnam and his efforts to normalize relations between the U.S. and Vietnamese governments; his fight for campaign finance reform; and his galvanizing bid for the presidency in 2000.

"Hard to top and impossible to read without being moved." -USA Today

"Not only moving but wise." - Los Angeles Times

Senator John McCain's remarkable record of leadership embodies his unwavering lifetime commitment to service. The son and grandson of distinguished Navy Admirals, Senator McCain graduated from the Naval Academy in 1958, and served as a Naval aviator for 22 years, including in North Vietnam during the Vietnam War.

On October 26, 1967, during Senator McCain's 23rd bombing mission over North Vietnam, a missile struck his plane and forced him to eject, knocking him unconscious and breaking both his arms and his leg.

Senator McCain was taken as a prisoner of war into the now-infamous "Hanoi Hilton," where he was denied needed medical treatment and subjected to years of torture by the North Vietnamese. He spent much of his time as a prisoner of war in solitary confinement, aided by his faith and the friendships of his fellow POWs.

Personally Hand Signed by the Legendary CBS Newsman Walter Cronkite.Certified by the publisher Easton Press to be authentic. Includes COA, also signed by Cronkite along with a witness. Presenting a...