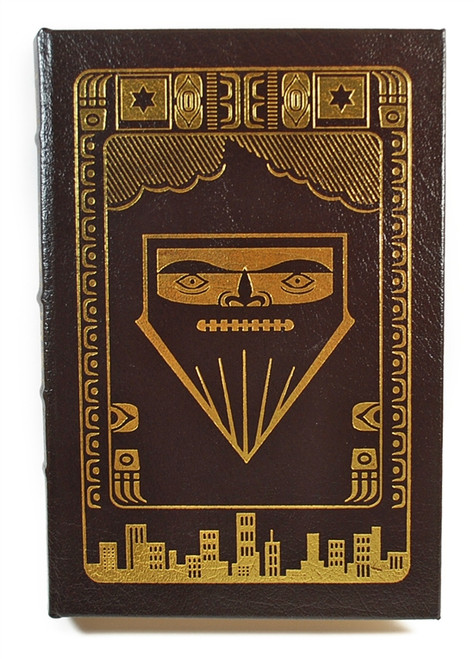 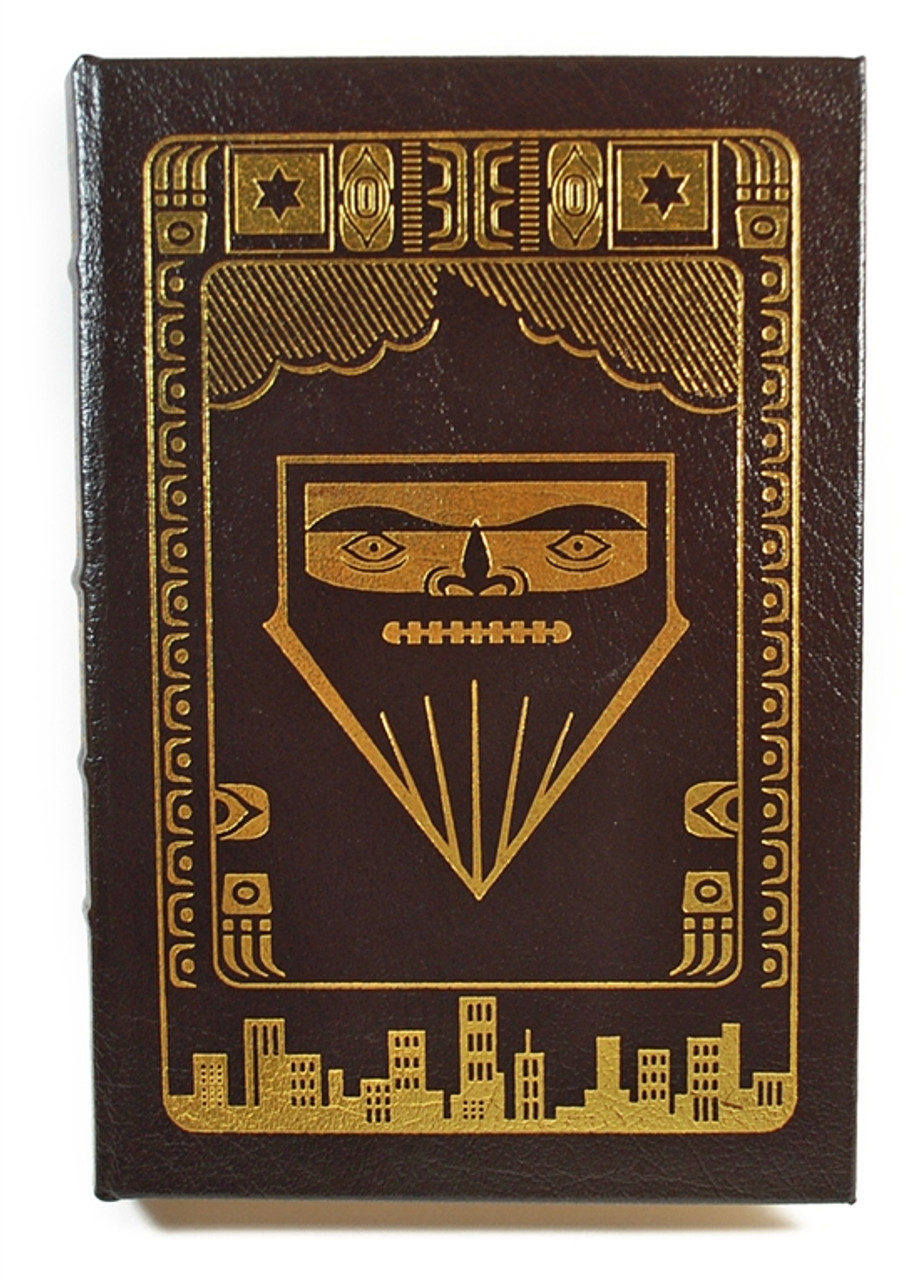 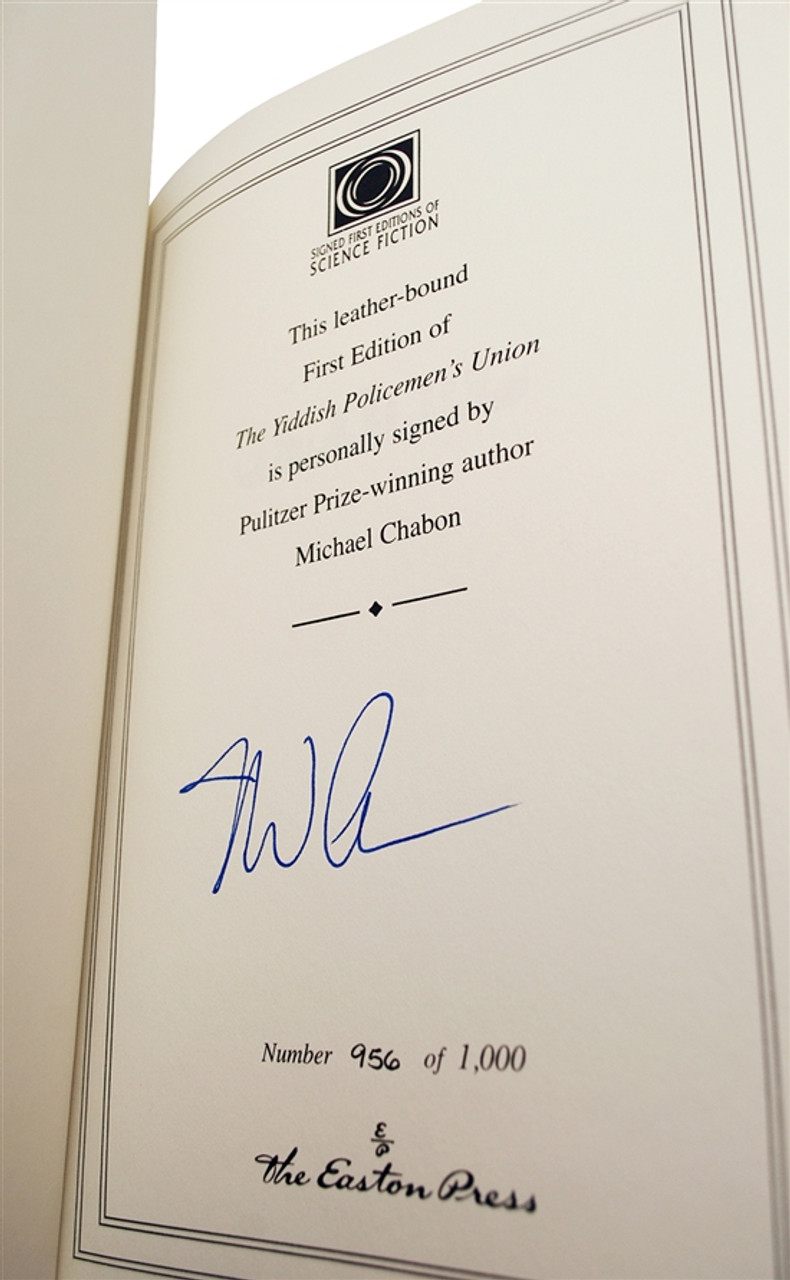 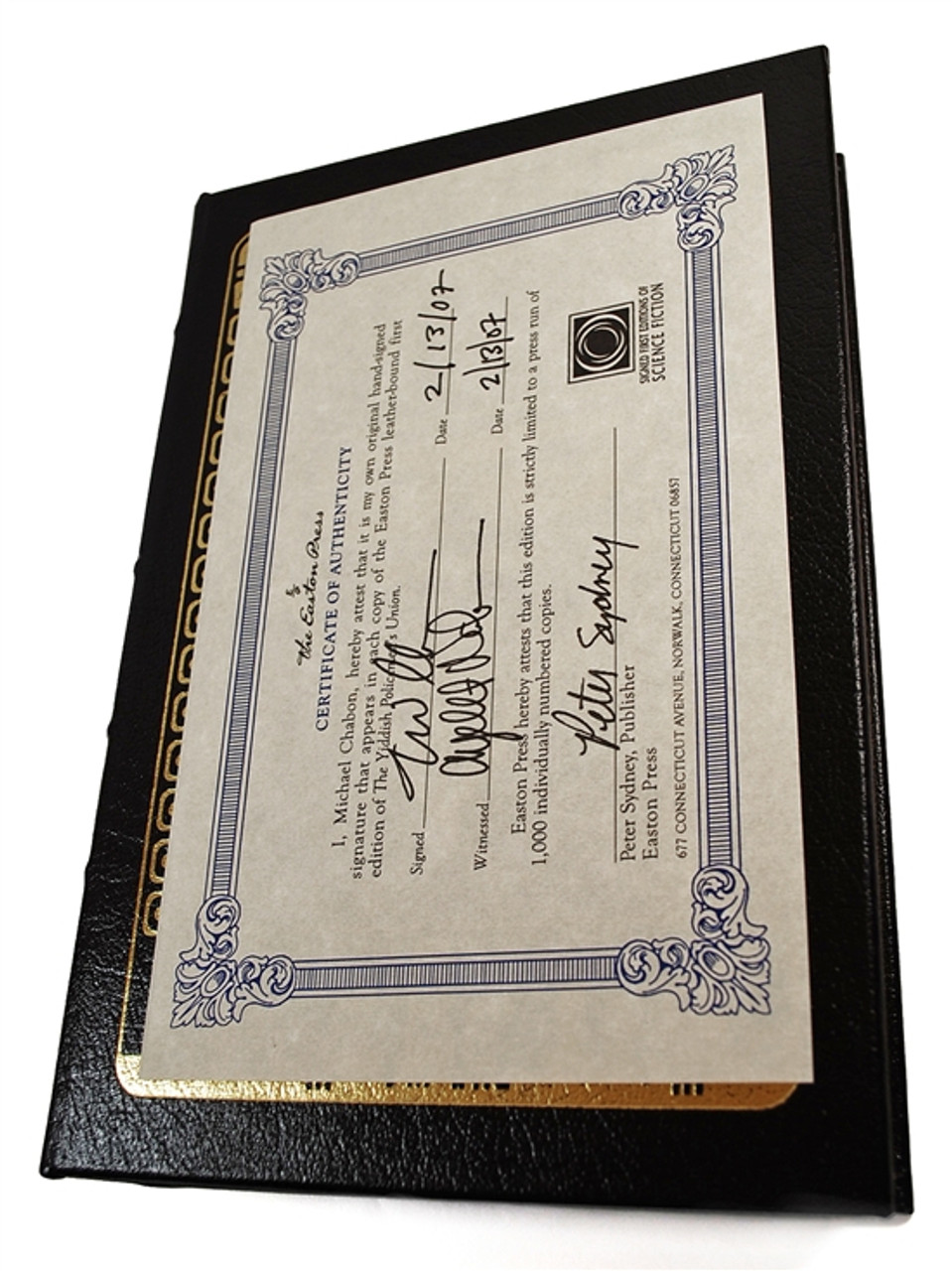 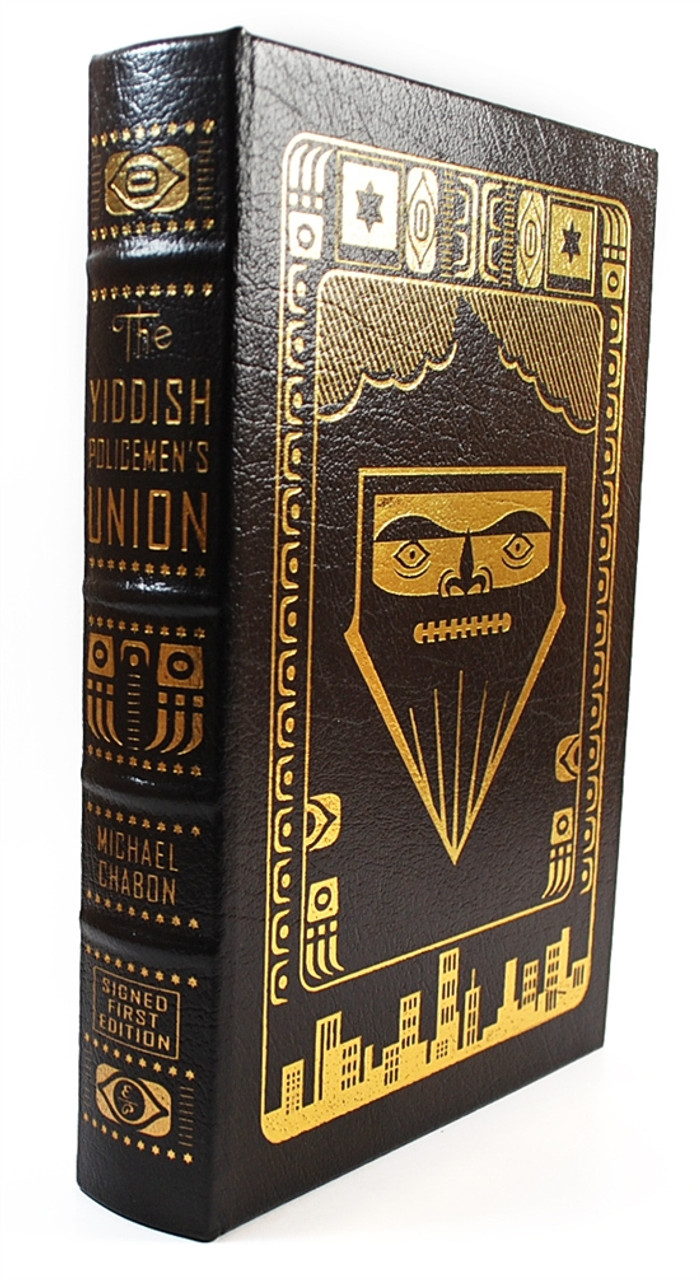 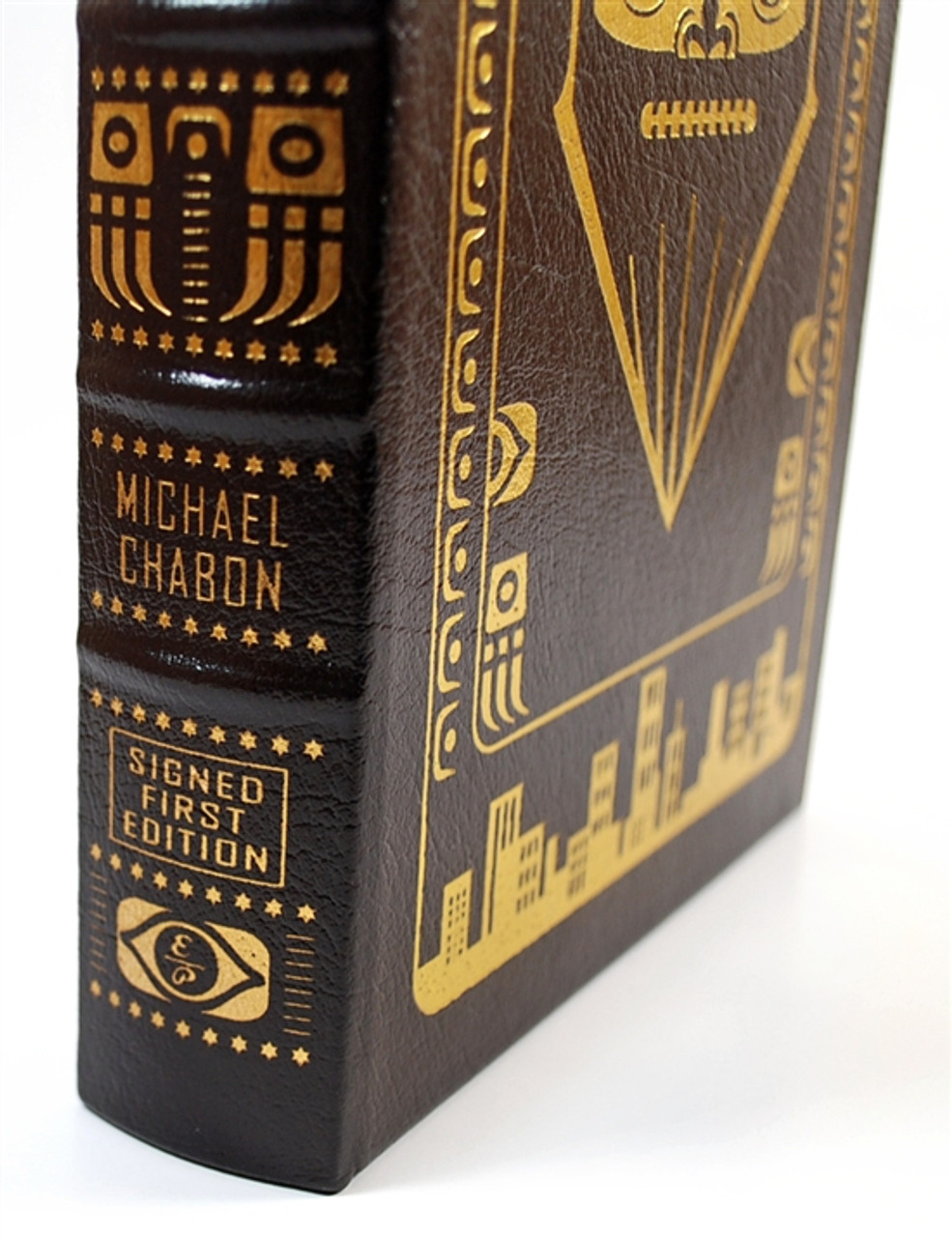 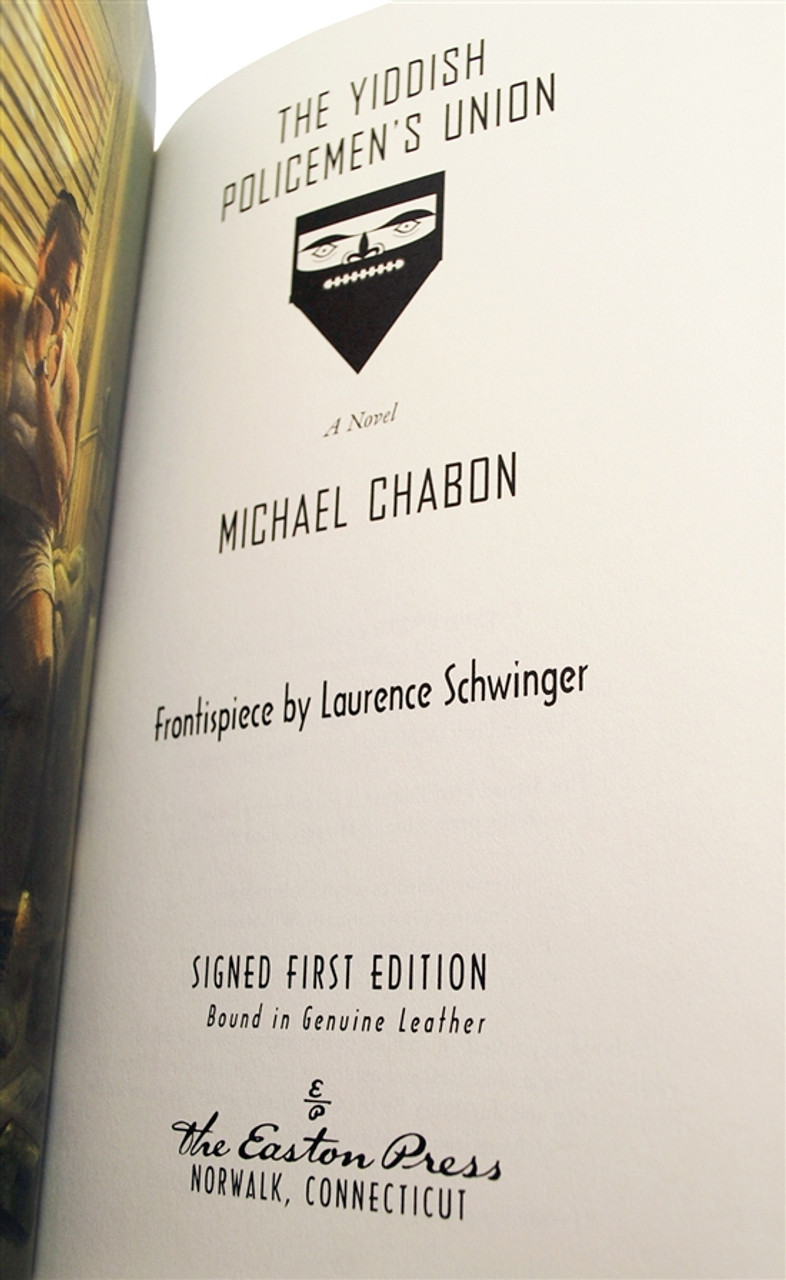 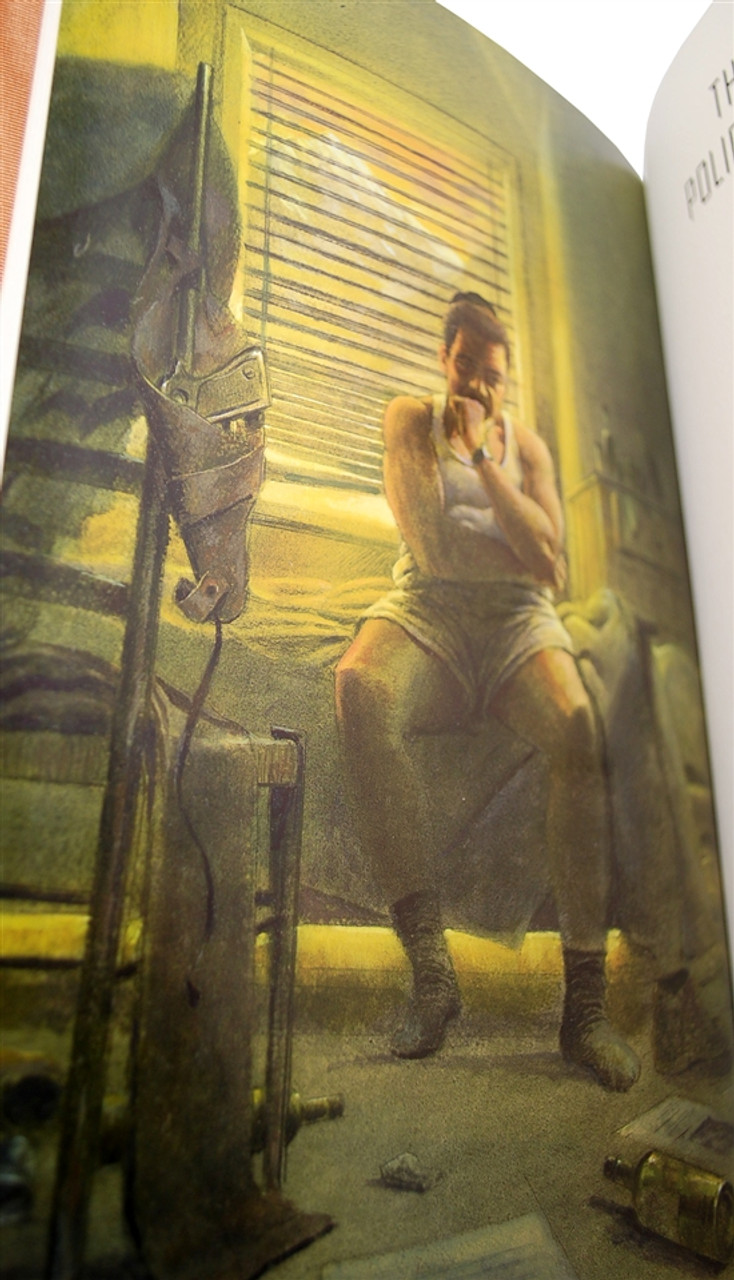 "Imagine a mutant strain of Dashiell Hammett crossed with Isaac Bashevis Singer.... A page turning noir, with a twist of Yiddish, that satisfies on many levels." (starred review) (03/01/2007)

This book was Winner of the 2008 Hugo and 2008 Nebula & Locus Awards for best science fiction novel of 2007 as well as three other awards.

Makes a lovely gift for the serious collector or science fiction fan in your life. This magnificent volume is part of the Signed First Edition of Science Fiction collection by Easton Press. Beautifully illustrated and bound in full genuine leather with elegant gold detailing.

About
Synopsis: Set in a parallel past where the Jewish state has been built in Alaska instead of Israel, alcoholic detective Meyer Landsman investigates the mysterious death of an addict chess player, and discovers evidence of an American conspiracy that resulted in the plane crash death of his younger sister. His investigation is complicated by the involvement of his ex-wife, the chief of police, and also the upcoming expiration of the Alaskan Settlement Act after which the Jewish community will have to find a new home. Pulitzer Prize-winner Michael Chabon continues to prove his keen ability to blend genre fiction with literature, and his exhilarating imagination is on full dizzying display.

Publisher's Note: In a world in which Alaska, rather than Israel, has become the homeland for the Jews following World War II, Detective Meyer Landsman and his half-Tlingit partner Berko investigate the death of a heroin-addled chess prodigy, a probe that leads them to Rebbe Fold, the charismatic leader of a mysterious sect.

"[A]n act of fearless imagination, more evidence of the soaring talent of his previous genre-blender, the Pulitzer Prize-winning THE AMAZING ADVENTURES OF KAVALIER AND CLAY....[T]his book offers new evidence of his peerless storytelling and style." (03/05/2007)

Michael Chabon (born May 24, 1963) is an American author and "one of the most celebrated writers of his generation," according to The Virginia Quarterly Review.

Chabon's first novel, The Mysteries of Pittsburgh (1988), was published when he was 25 and catapulted him to literary celebrity. He followed it with a second novel, Wonder Boys (1995), and two short-story collections. In 2000, Chabon published The Amazing Adventures of Kavalier & Clay, a critically acclaimed novel that John Leonard, in a 2007 review of a later novel, called Chabon's magnum opus. It received the Pulitzer Prize for Fiction in 2001 (see: 2001 in literature).

His novel The Yiddish Policemen's Union, an alternate history mystery novel, was published in 2007 to enthusiastic reviews and won the Hugo, Sidewise, Nebula and Ignotus awards; his serialized novel Gentlemen of the Road appeared in book form in the fall of that same year. Chabon's most recent novel, Telegraph Avenue, published in 2012 and billed as "a twenty-first century Middlemarch", concerns the tangled lives of two families in the Bay Area of San Francisco in the year 2004.

His work is characterized by complex language, the frequent use of metaphor along with recurring themes, including nostalgia, divorce, abandonment, fatherhood, and most notably issues of Jewish identity. He often includes gay, bisexual, and Jewish characters in his work. Since the late 1990s, Chabon has written in an increasingly diverse series of styles for varied outlets; he is a notable defender of the merits of genre fiction and plot-driven fiction, and, along with novels, he has published screenplays, children's books, comics, and newspaper serials.

A wonderful bright clean copy without any flaws.