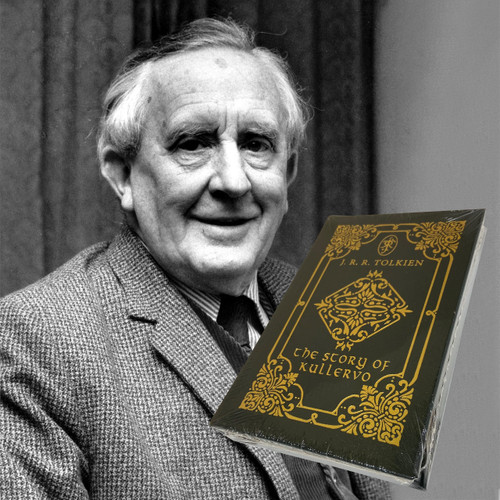 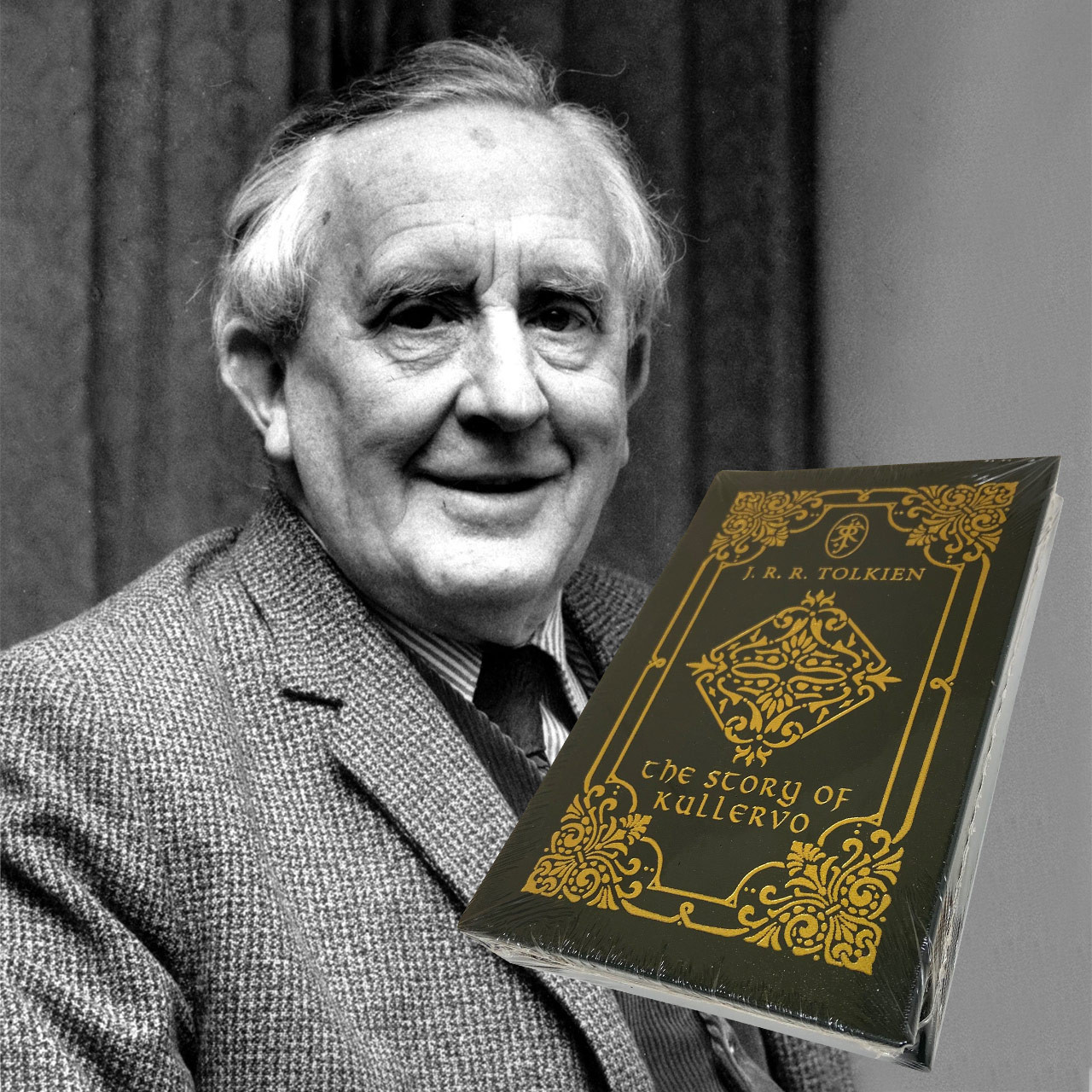 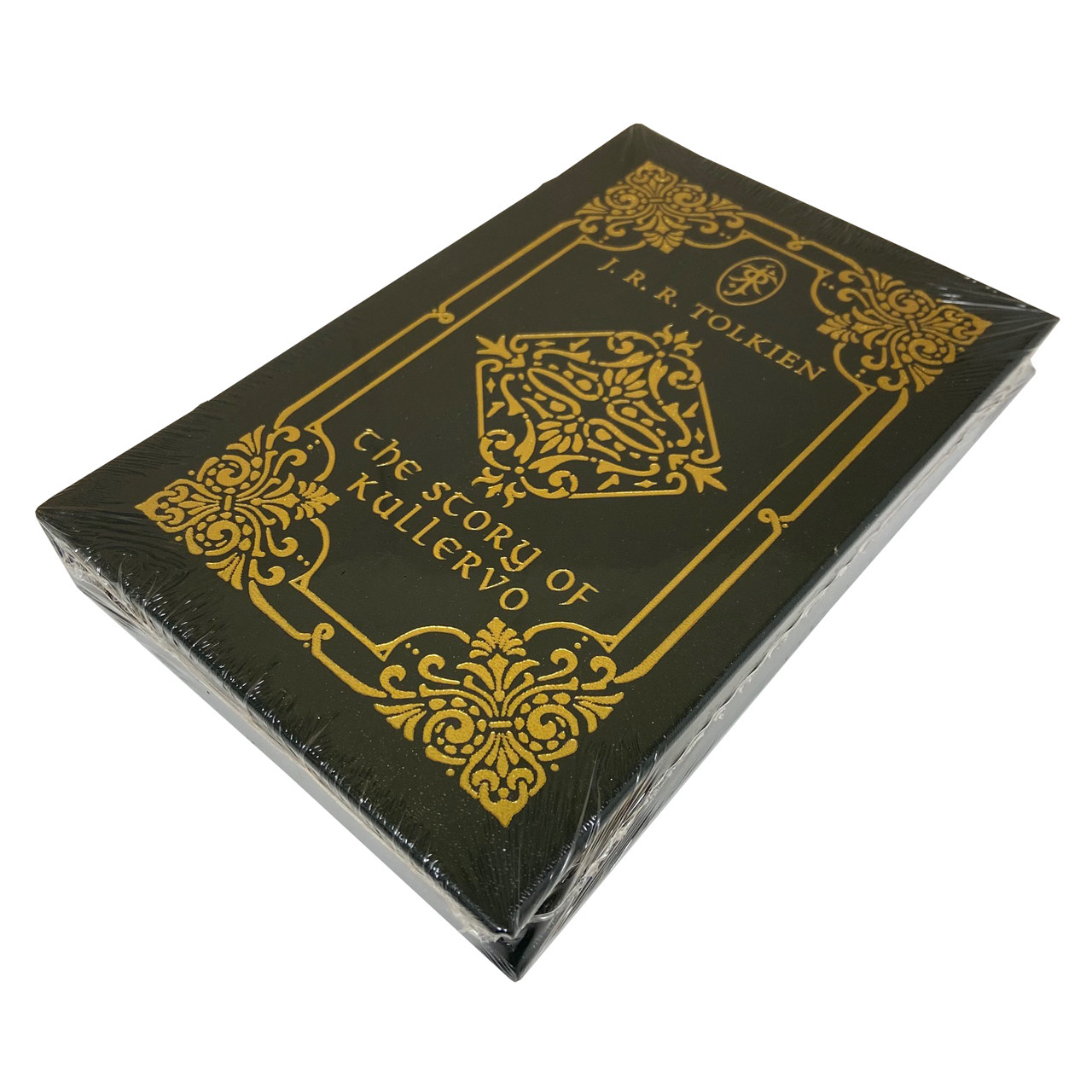 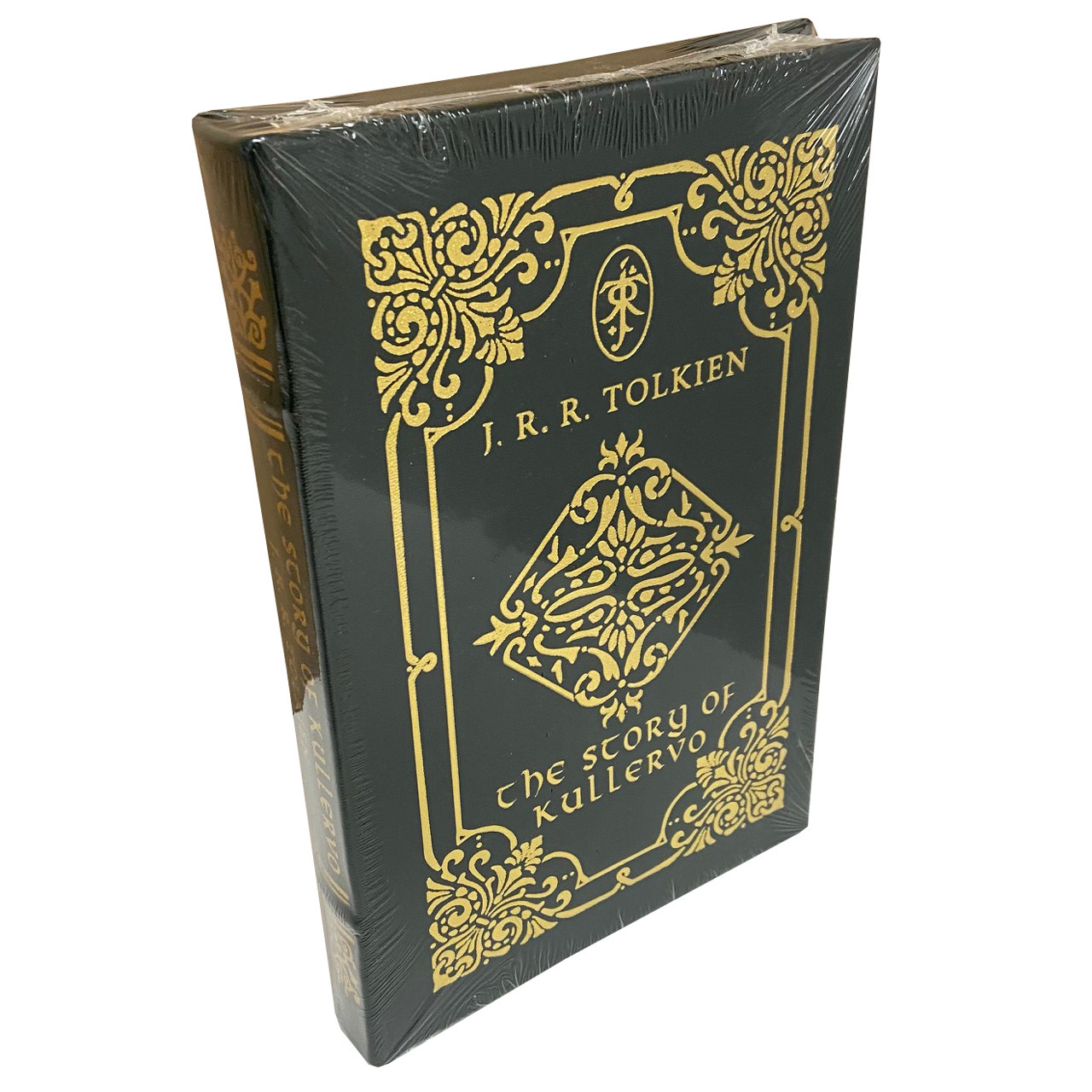 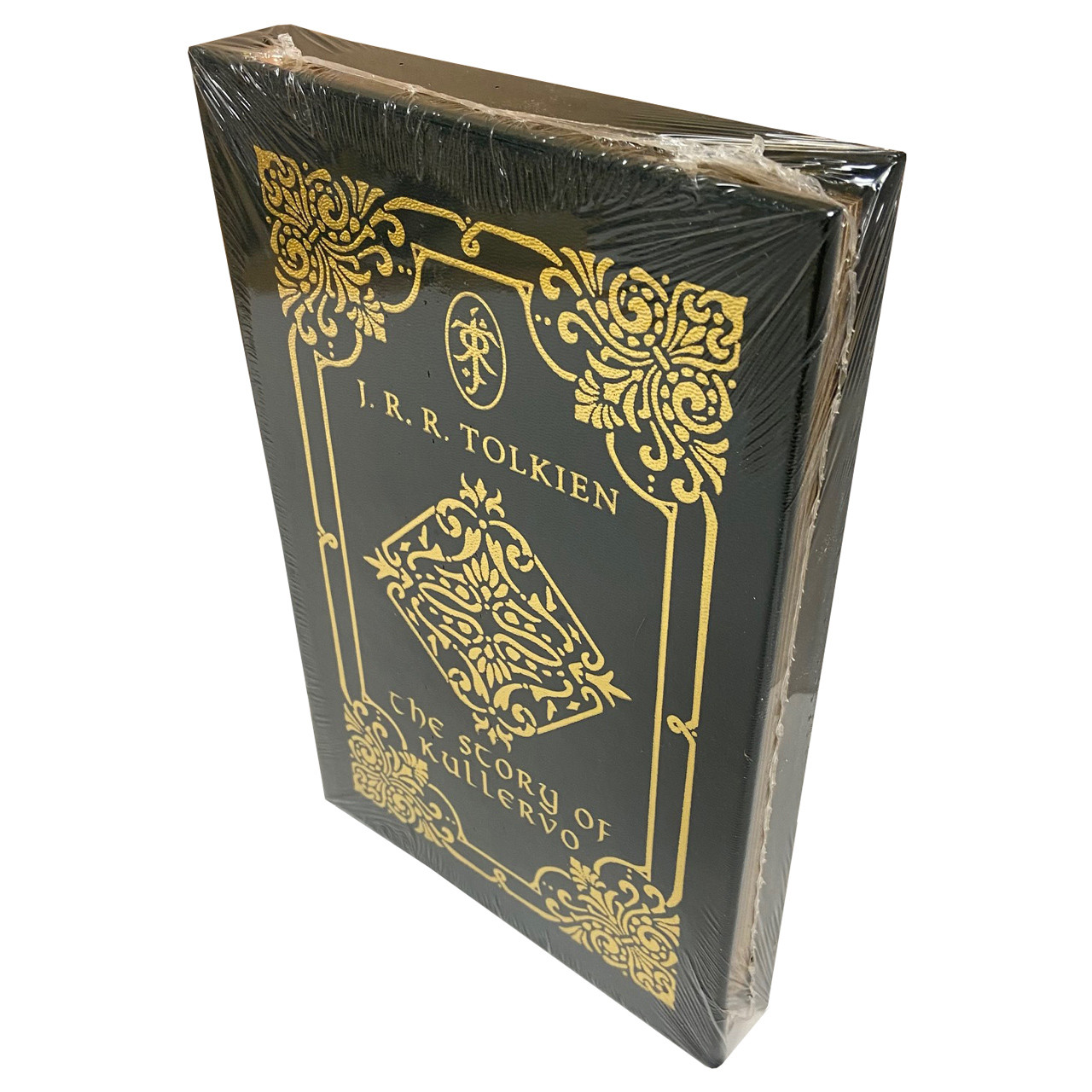 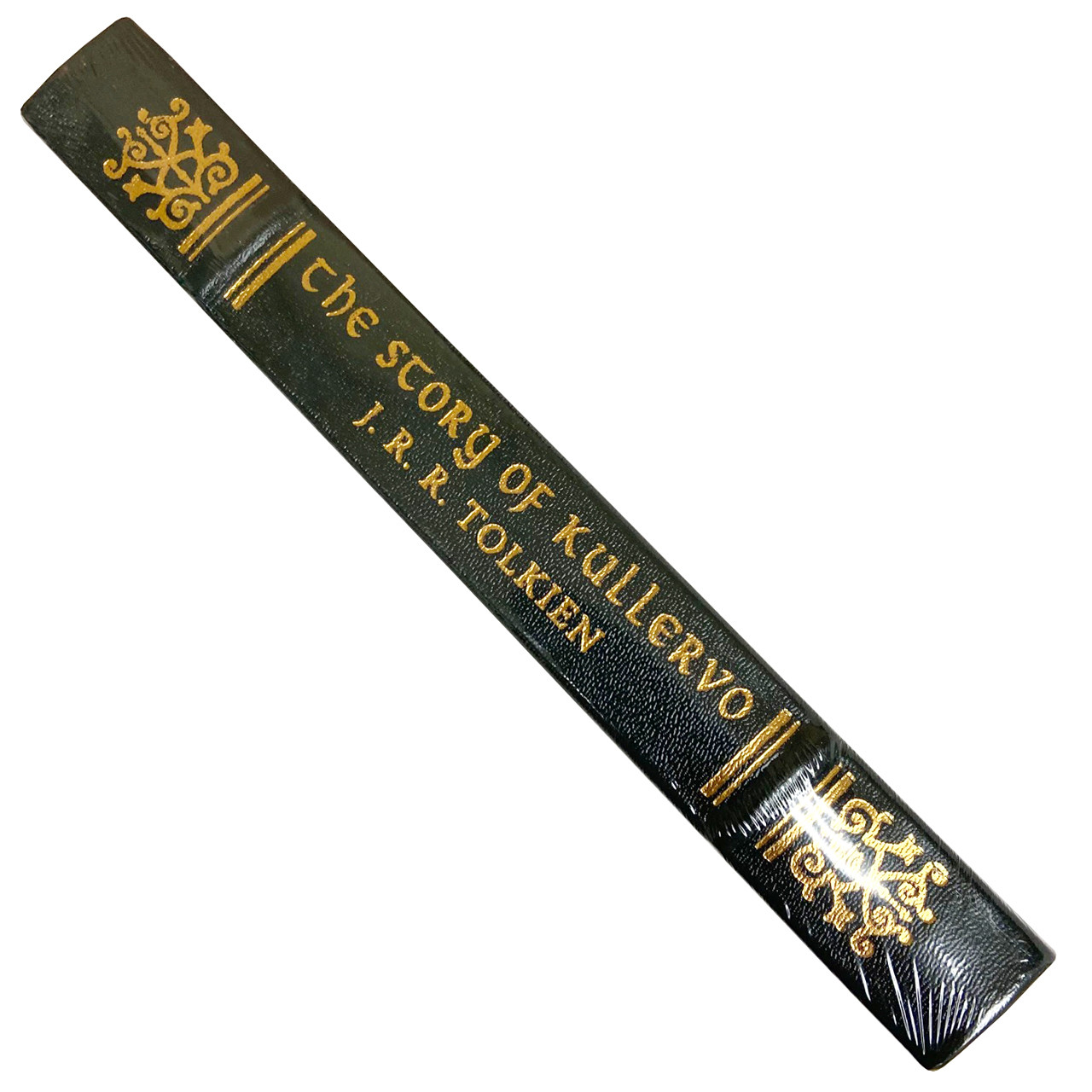 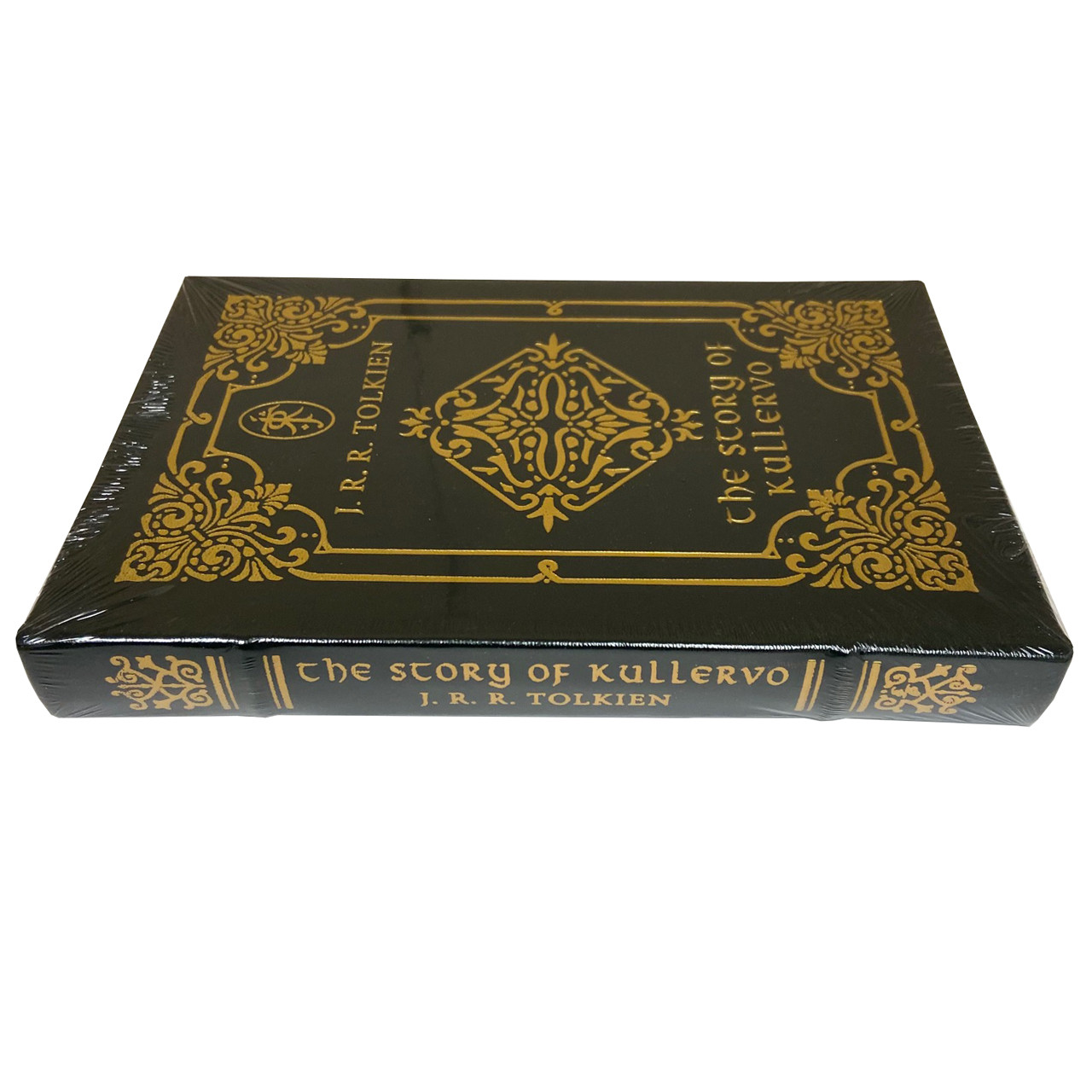 A Leather Bound Collector's Edition of "Kullervo", perhaps the darkest and most tragic of all J.R.R. Tolkien’s characters. 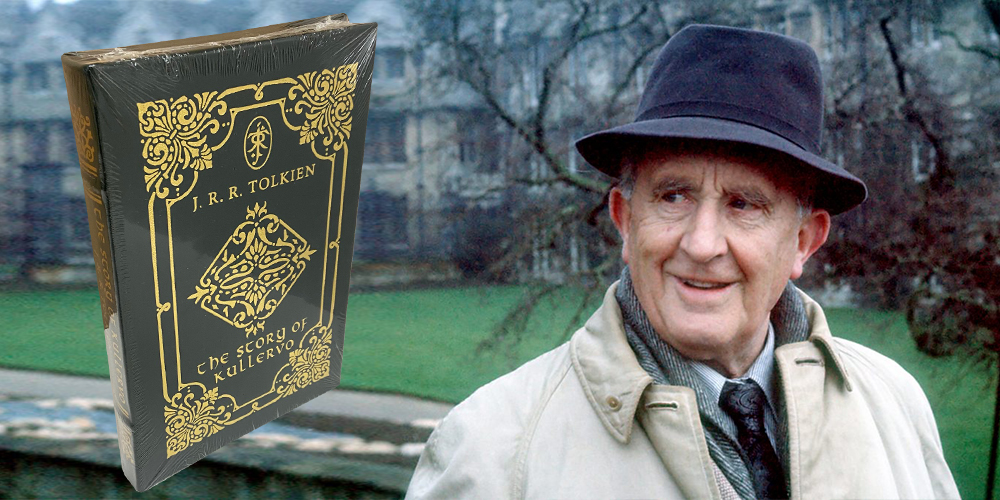 In the words of J.R.R. Tolkien, The Story of Kullervo was “the germ of my attempt to write legends of my own,” and was “a major matter in the legends of the First Age.” This is the exclusive leather-bound edition of this previously unknown work of Tolkien fantasy.

“Shows how Finnish mythology and folk tales were instrumental to how Tolkien created his own legendarium.”—Boston Globe

Kullervo, son of Kalervo, is perhaps the darkest and most tragic of all J.R.R. Tolkien’s characters. “Hapless Kullervo,” as Tolkien called him, is a luckless orphan boy with supernatural powers and a tragic destiny.

Brought up in the homestead of the dark magician Untamo, who killed his father, kidnapped his mother, and tried three times to kill him when he was still a boy, Kullervo is alone save for the love of his twin sister, Wanona, and the magical powers of the black dog Musti, who guards him. When Kullervo is sold into slavery he swears revenge on the magician, but he will learn that even at the point of vengeance there is no escape from the cruelest of fates.

Tolkien himself said that The Story of Kullervo was “the germ of my attempt to write legends of my own,” and was “a major matter in the legends of the First Age.” Tolkien’s Kullervo is the clear ancestor of Túrin Turambar, the tragic incestuous hero of The Silmarillion. Published with the author’s drafts, notes, and lecture essays on its source work, the Kalevala, The Story of Kullervo is a foundation stone in the structure of Tolkien’s invented world.

John Ronald Reuel Tolkien, CBE FRSL ( 3 January 1892 – 2 September 1973) was an English writer, poet, philologist, and university professor who is best known as the author of the classic high-fantasy works The Hobbit, The Lord of the Rings, and The Silmarillion.

He served as the Rawlinson and Bosworth Professor of Anglo-Saxon and Fellow of Pembroke College, Oxford, from 1925 to 1945 and Merton Professor of English Language and Literature and Fellow of Merton College, Oxford, from 1945 to 1959. He was at one time a close friend of C. S. Lewis—they were both members of the informal literary discussion group known as the Inklings. Tolkien was appointed a Commander of the Order of the British Empire by Queen Elizabeth II on 28 March 1972.

“Among the greatest works of imaginative fiction of the twentieth century. The book presents us with the richest profusion of new lands and creatures, from the beauty of Lothlórien to the horror of...