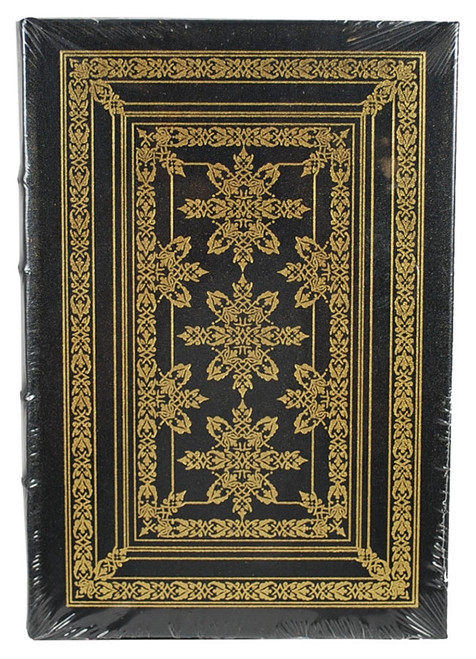 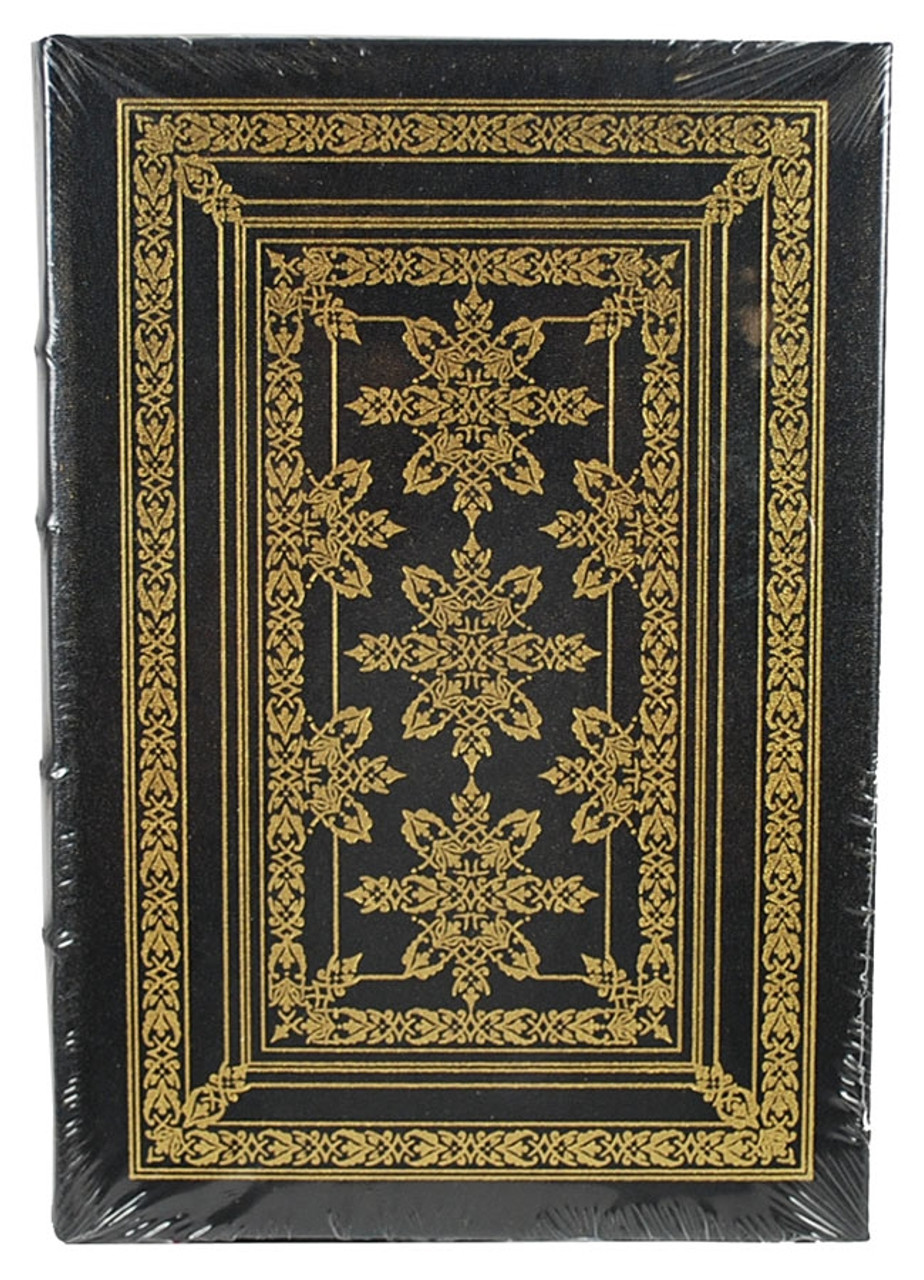 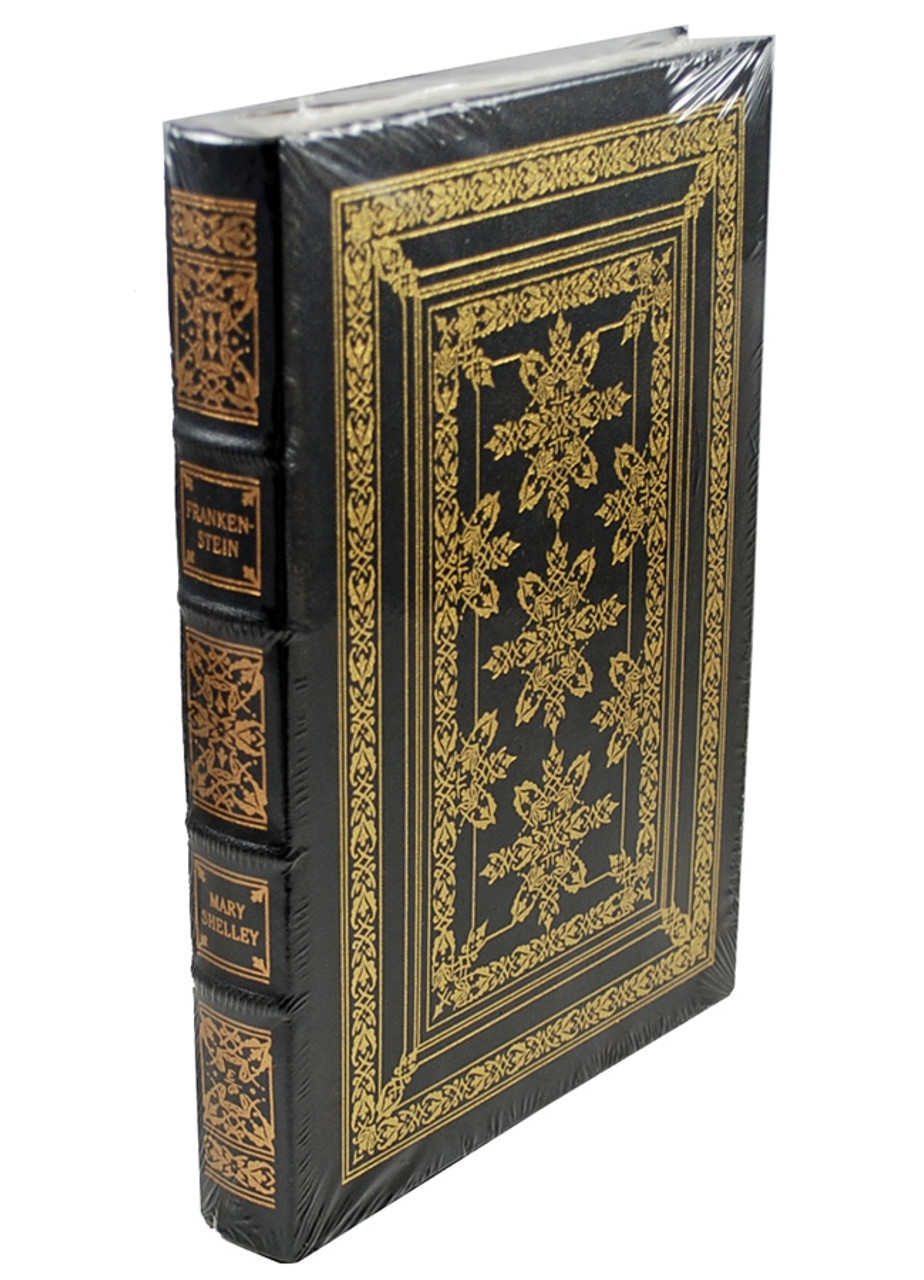 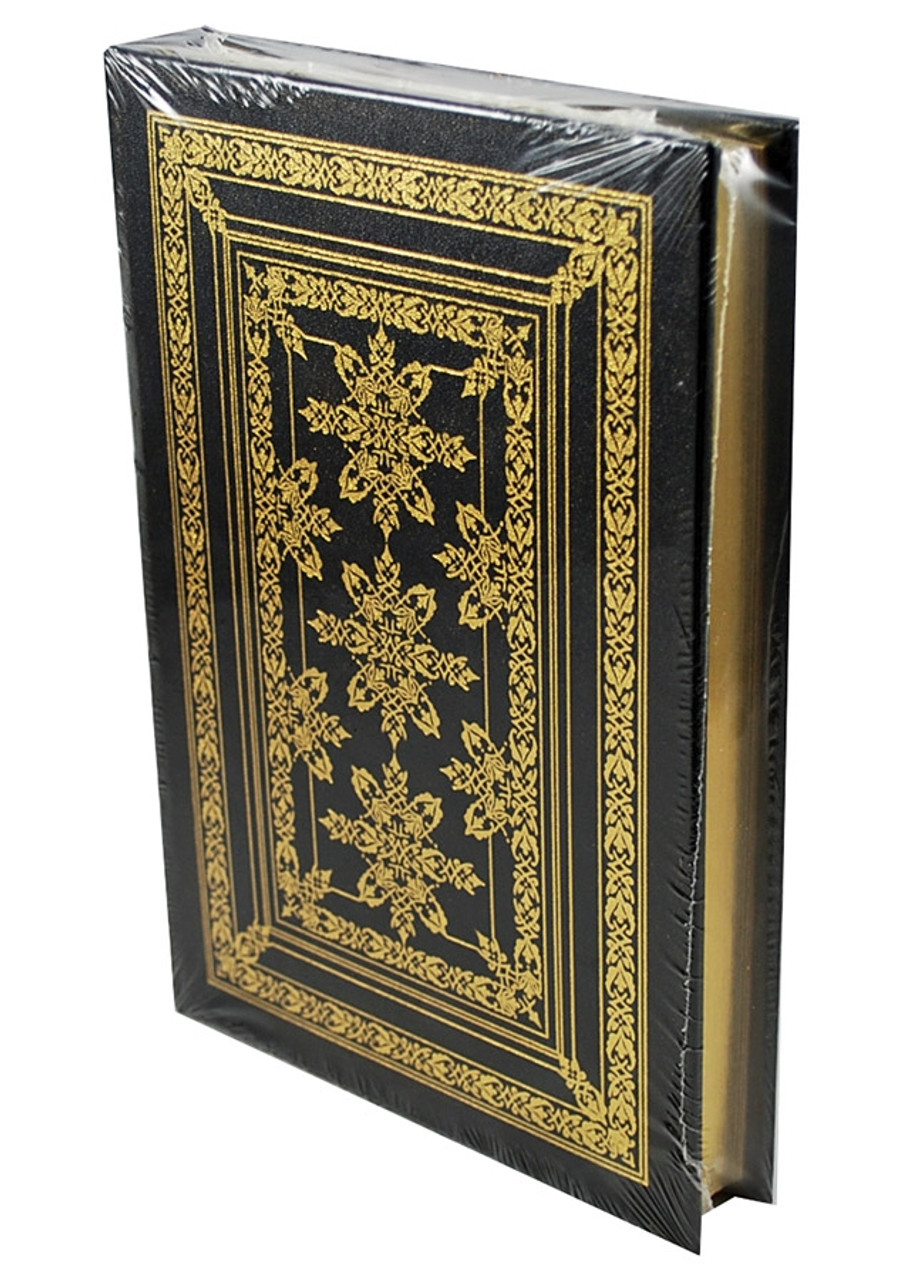 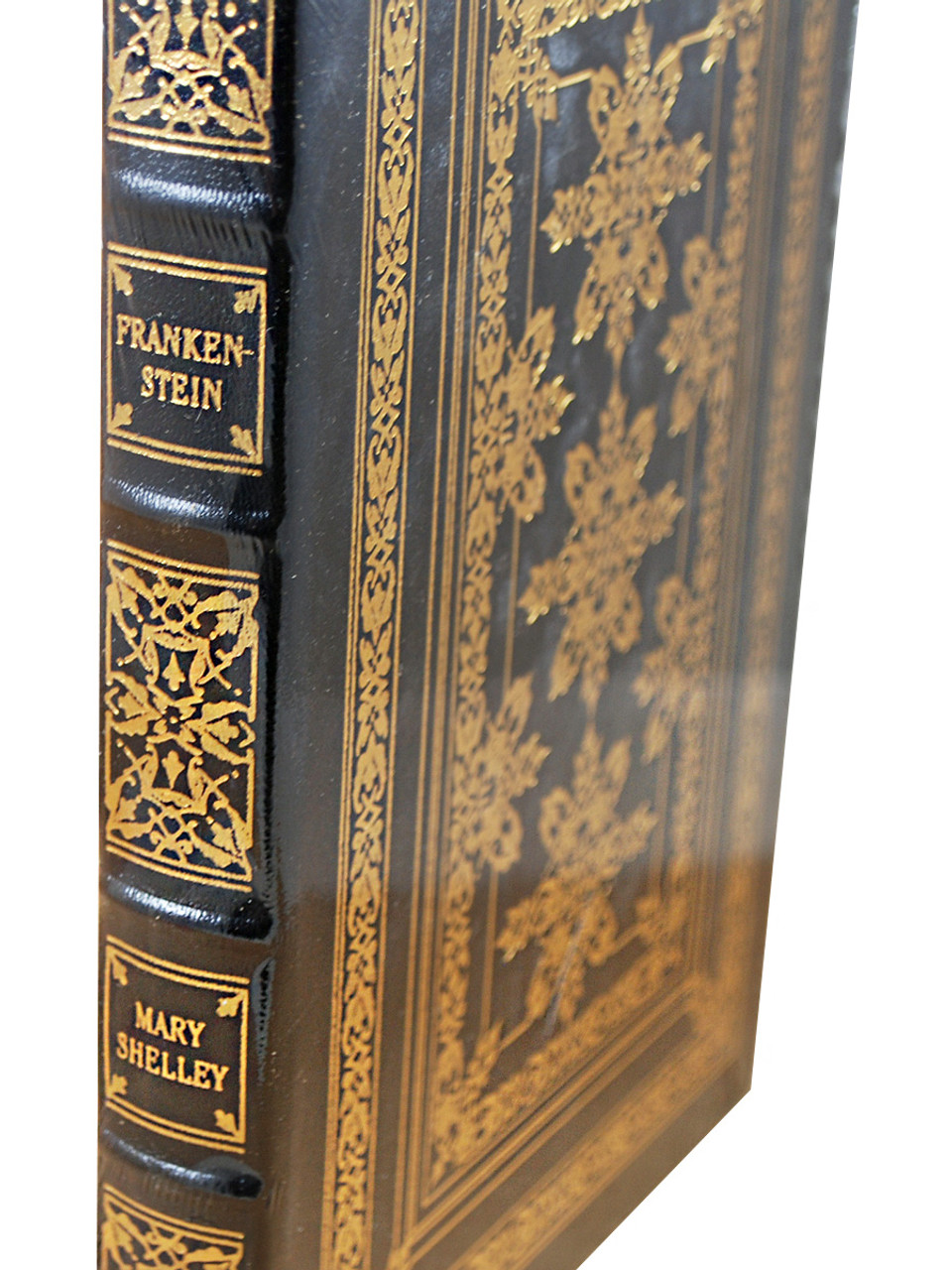 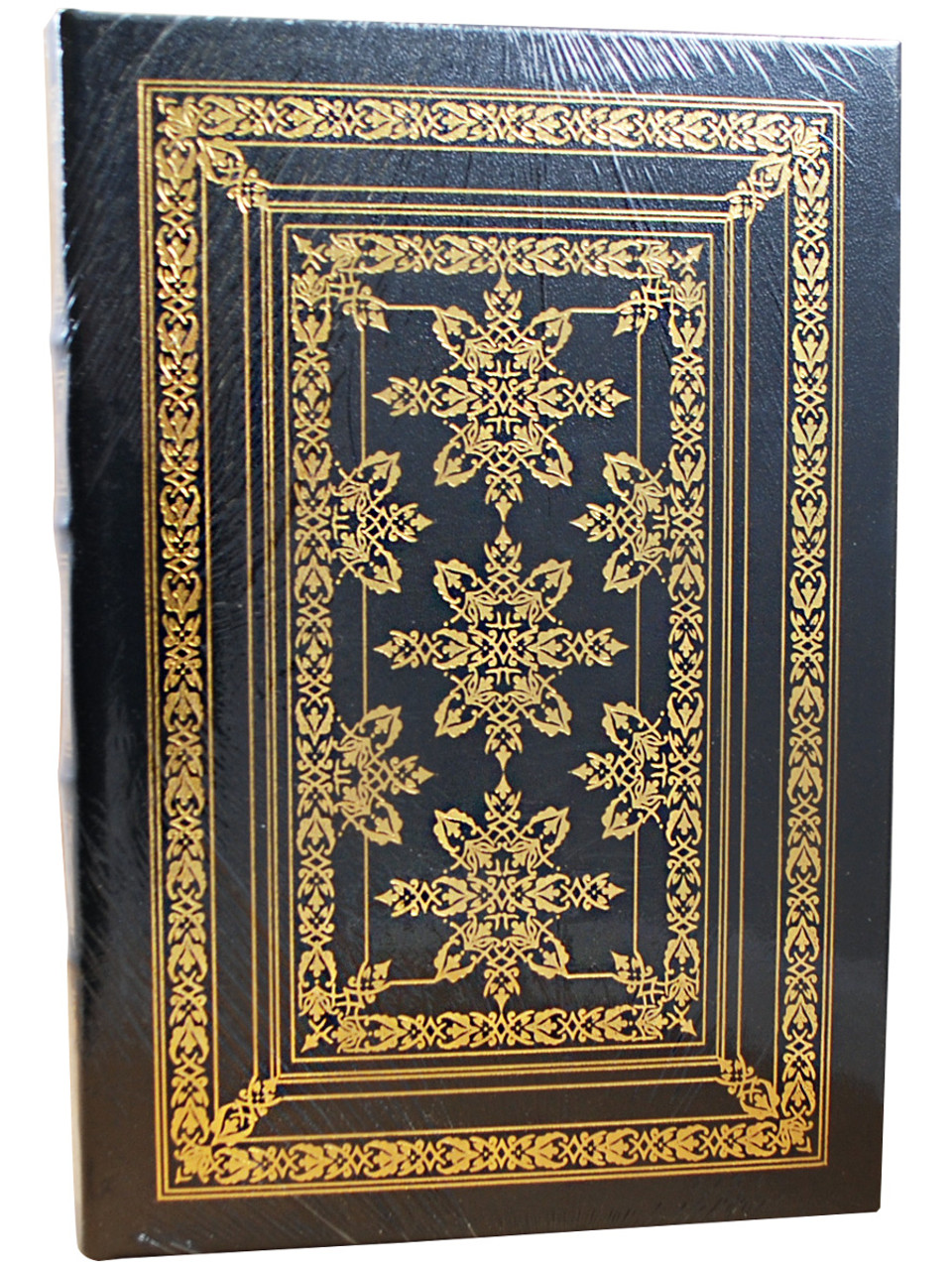 A Luxurious Leather Bound Collector's Heirloom of The Monster Classic

Easton Press. Norwalk, CT. "Frankenstein" Mary Shelley. Limited Edition. Collector's Edition. A great unique gift for yourself or for a loved one. Part of the 100 Greatest Books Ever Written collection by Easton Press. Beautifully illustrated and luxuriously bound in full genuine leather. One of the most famous works and a monster classic. As New, sealed.

Frankenstein; or, The Modern Prometheus is a novel written by Mary Shelley about a creature produced by an unorthodox scientific experiment. Shelley started writing the story when she was eighteen, and the novel was published when she was twenty-one. The first edition was published anonymously in London in 1818. Shelley's name appears on the second edition, published in France in 1823.

Shelley had travelled in the region of Geneva, where much of the story takes place, and the topics of galvanism and other similar occult ideas were themes of conversation among her companions, particularly her future husband, Percy. The storyline emerged from a dream. Mary, Percy, Lord Byron, and John Polidori decided to have a competition to see who could write the best horror story. After thinking for weeks about what her possible storyline could be, Shelley dreamt about a scientist who created life and was horrified by what he had made. She then wrote Frankenstein.

Frankenstein is infused with some elements of the Gothic novel and the Romantic movement and is also considered to be one of the earliest examples of science fiction. Brian Aldiss has argued that it should be considered the first true science fiction story, because unlike in previous stories with fantastical elements resembling those of later science fiction, the central character "makes a deliberate decision" and "turns to modern experiments in the laboratory" to achieve fantastic results. It has had a considerable influence across literature and popular culture and spawned a complete genre of horror stories and films.

Since publication of the novel, the name "Frankenstein" is often used to refer to the monster itself, as is done in the stage adaptation by Peggy Webling. This usage is sometimes considered erroneous, but usage commentators regard the monster sense of "Frankenstein" as well-established and not an error. In the novel, the monster is identified via words such as "creature," "monster", "fiend", "wretch", "vile insect", "daemon", and "it". Speaking to Dr. Frankenstein, the monster refers to himself as "the Adam of your labors", and elsewhere as someone who "would have" been "your Adam", but is instead your "fallen angel."

Mary Wollstonecraft Shelley (née Godwin; 30 August 1797 – 1 February 1851) was an English novelist, short story writer, dramatist, essayist, biographer, and travel writer, best known for her Gothic novel Frankenstein: or, The Modern Prometheus (1818). She also edited and promoted the works of her husband, the Romantic poet and philosopher Percy Bysshe Shelley. Her father was the political philosopher William Godwin, and her mother was the philosopher and feminist Mary Wollstonecraft.
Very Fine. As New. Sealed. The condition is of the highest quality. A wonderful bright clean copy. Free of markings, writings, or stamps. No attached bookplates or indication of any removed. Unread. Not even a single scratch on the gilded page edges. Includes unattached Ex-Libris bookplate for your own personalization.