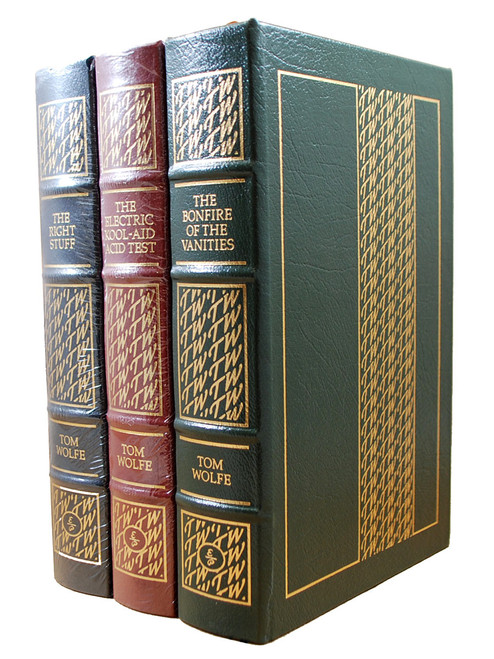 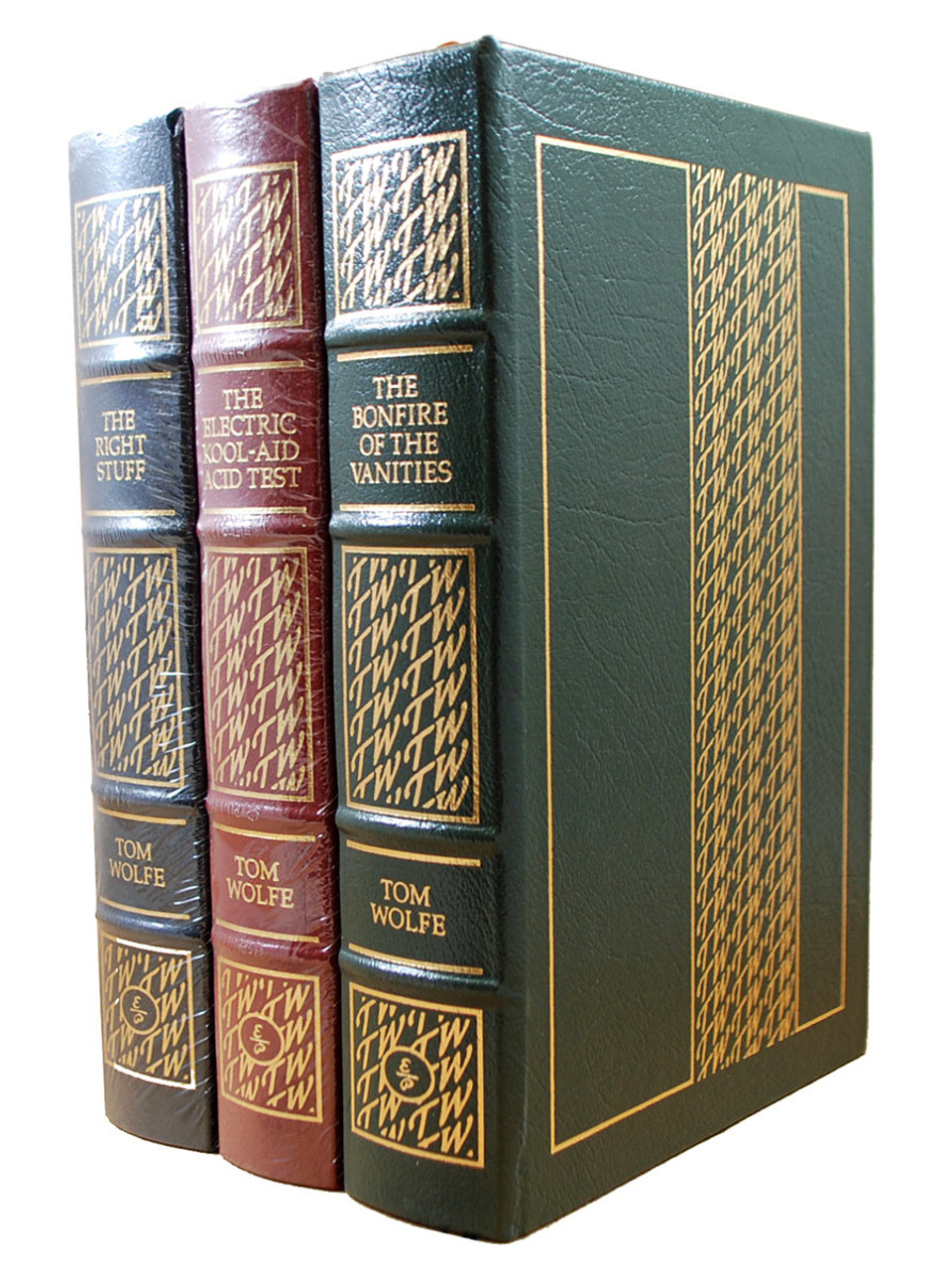 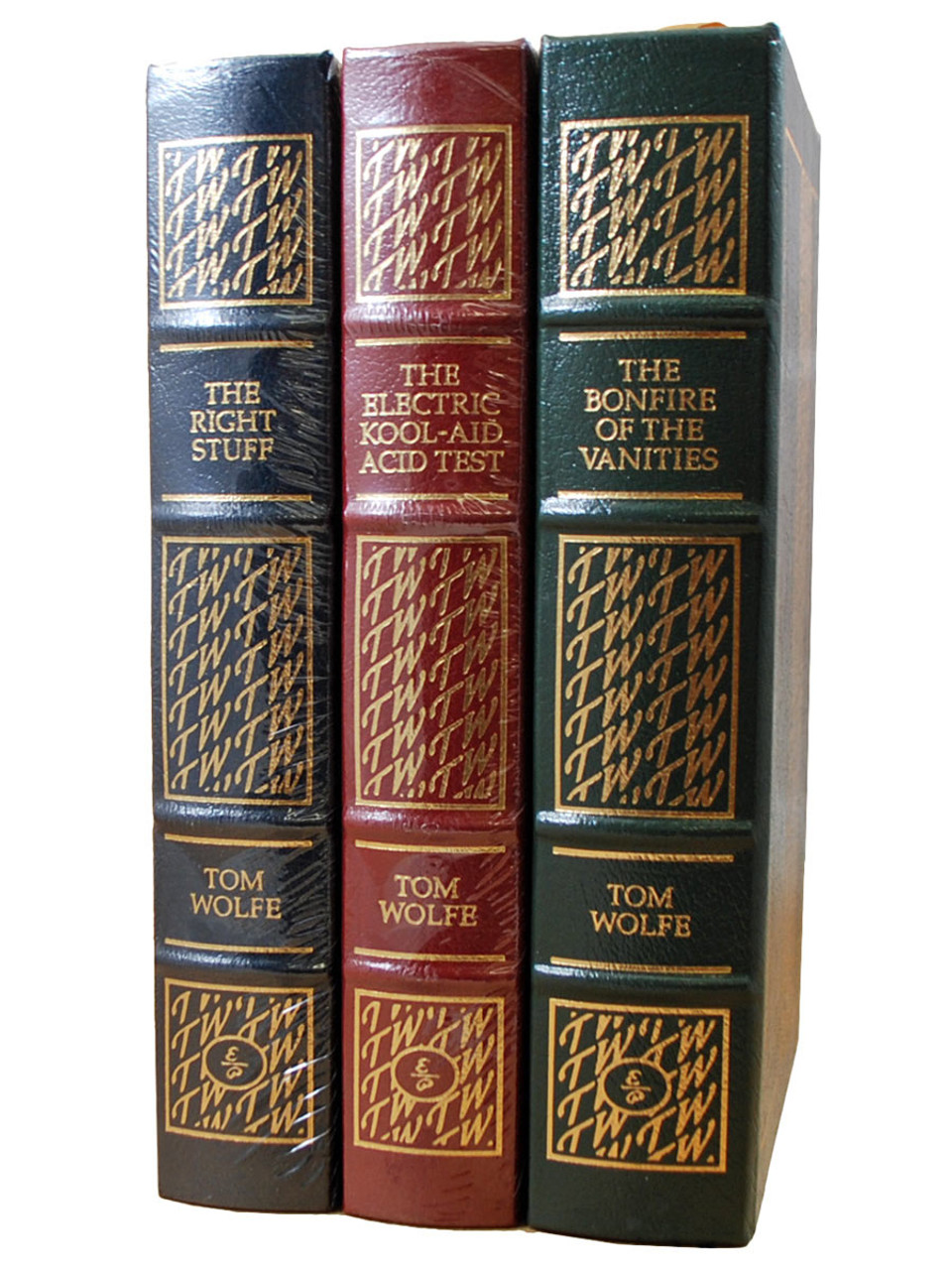 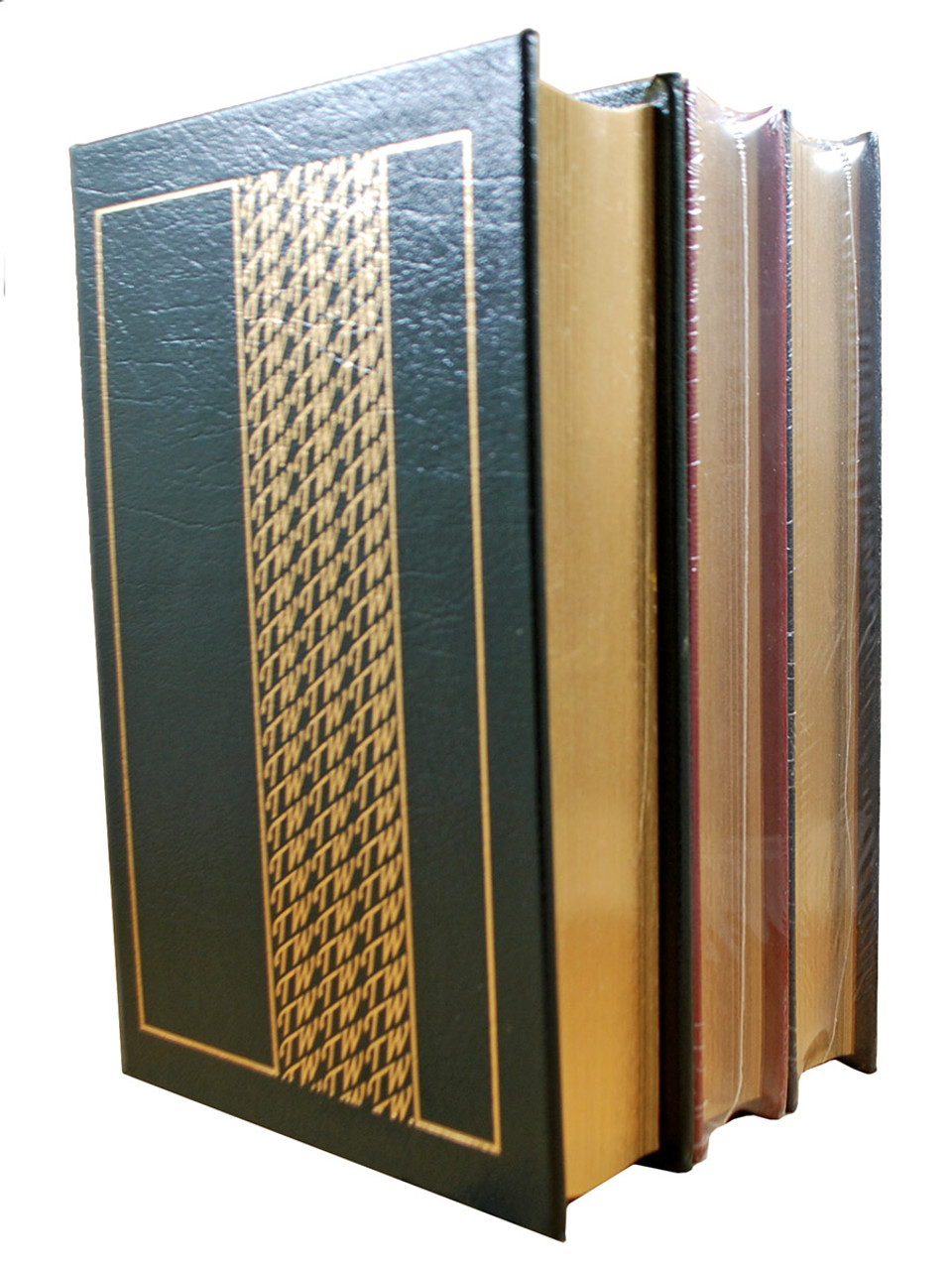 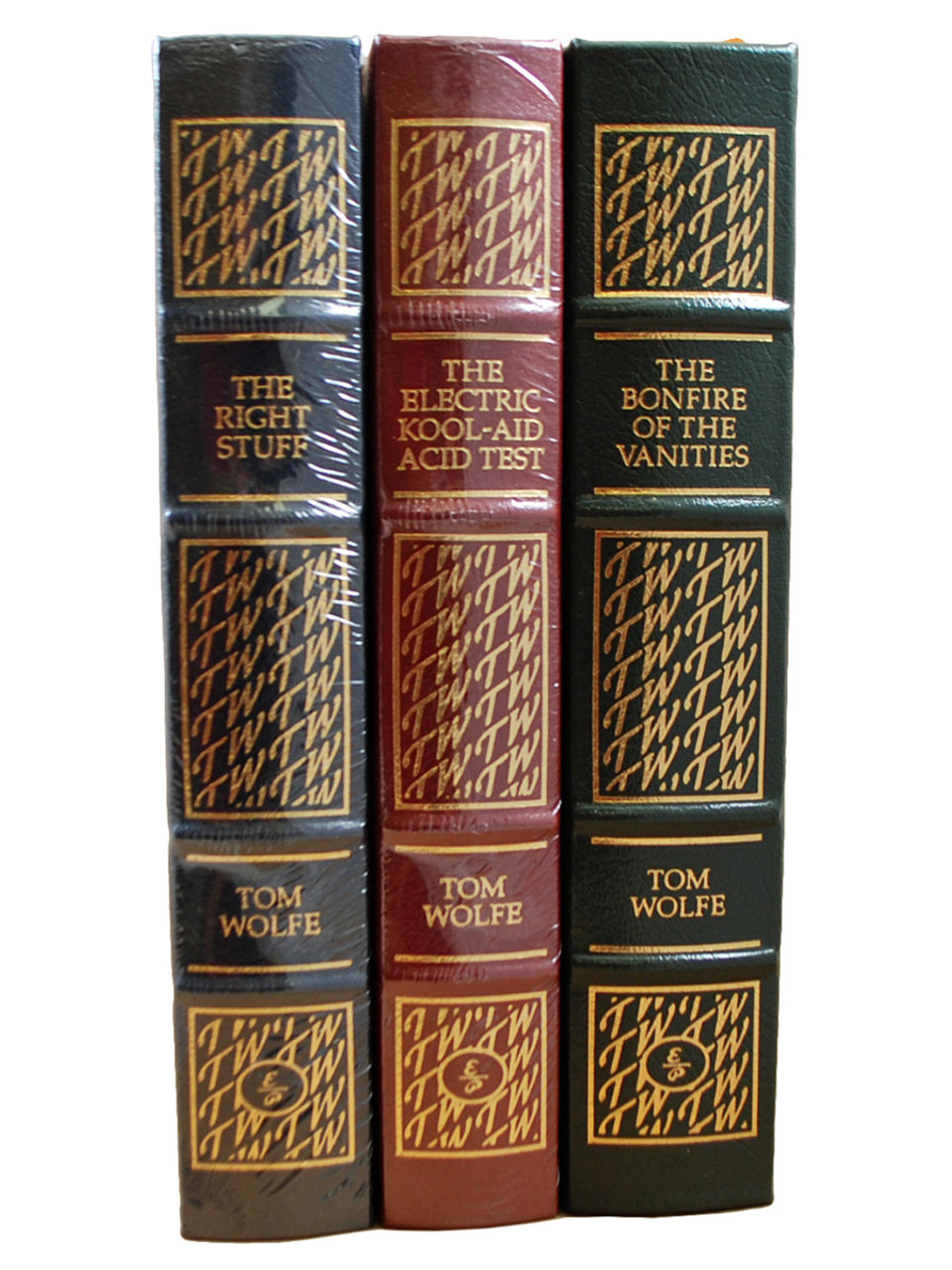 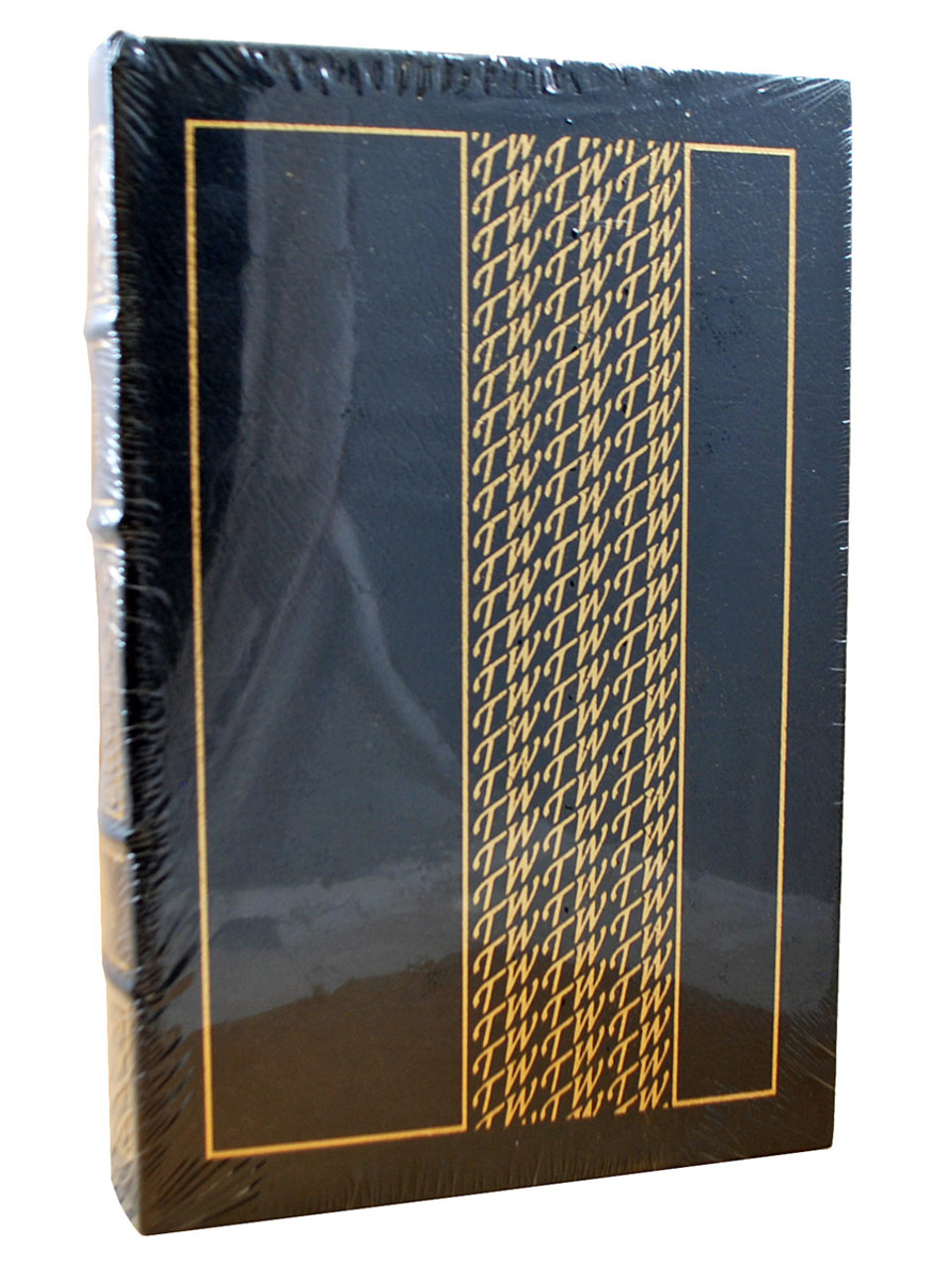 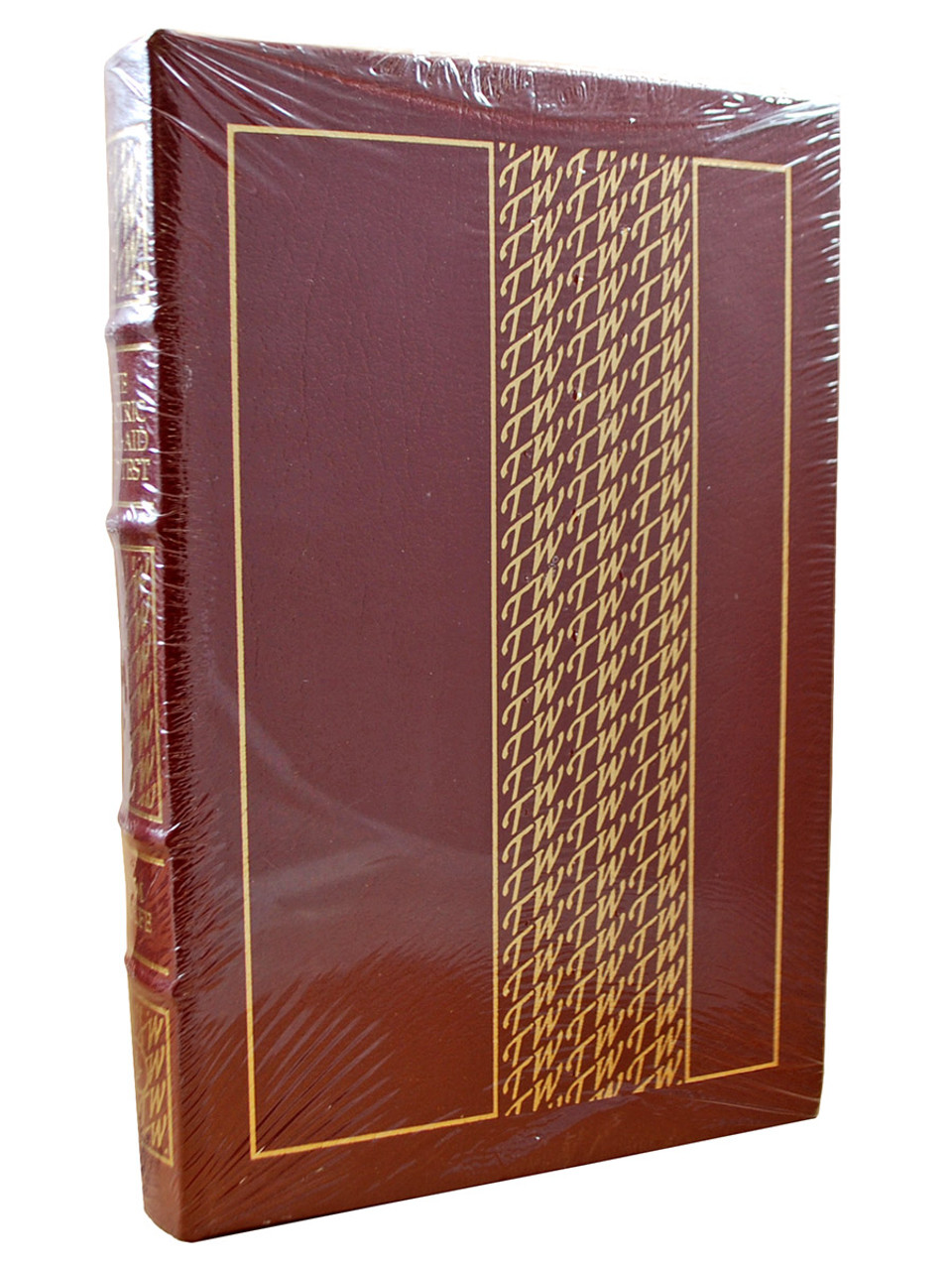 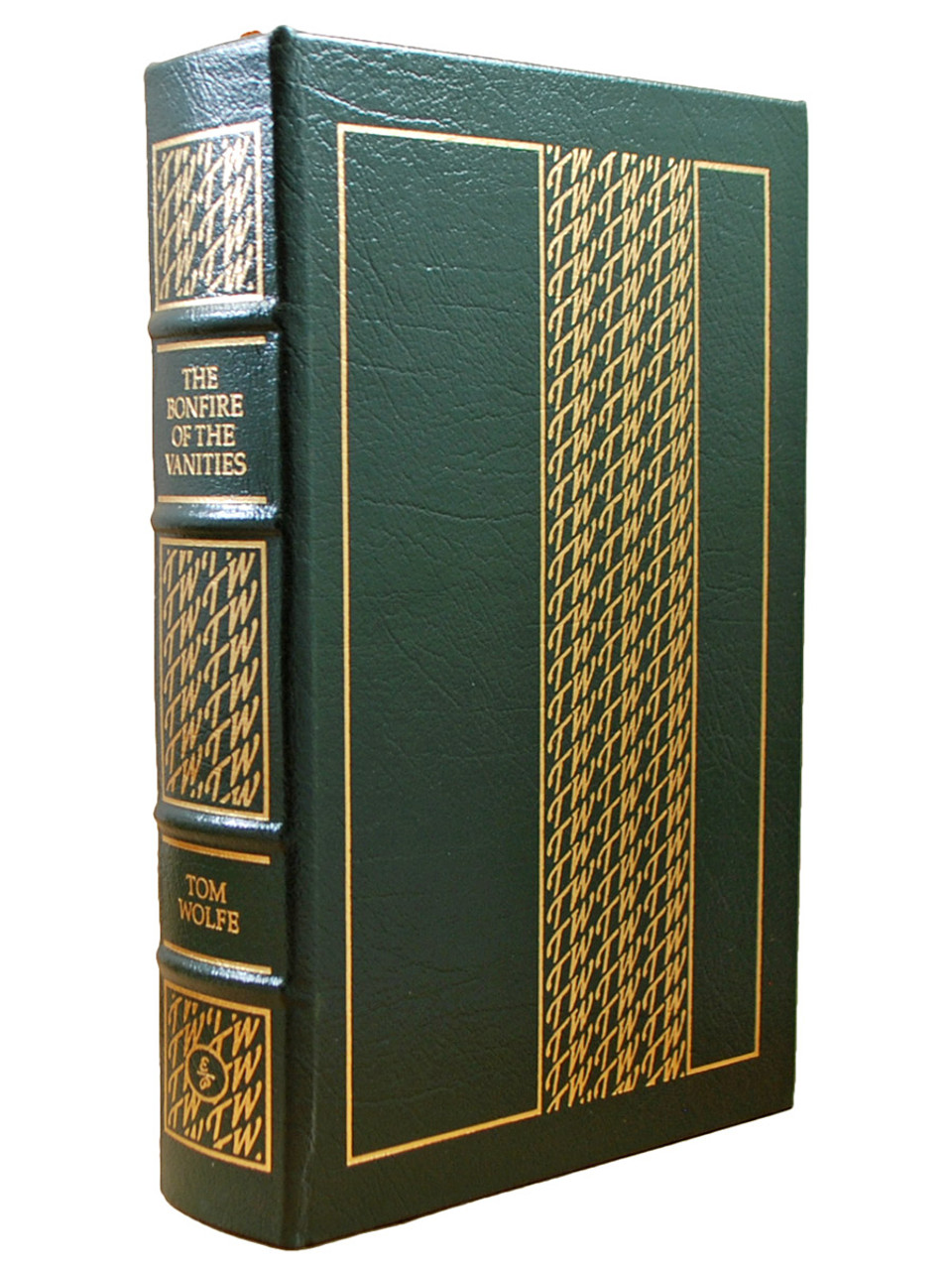 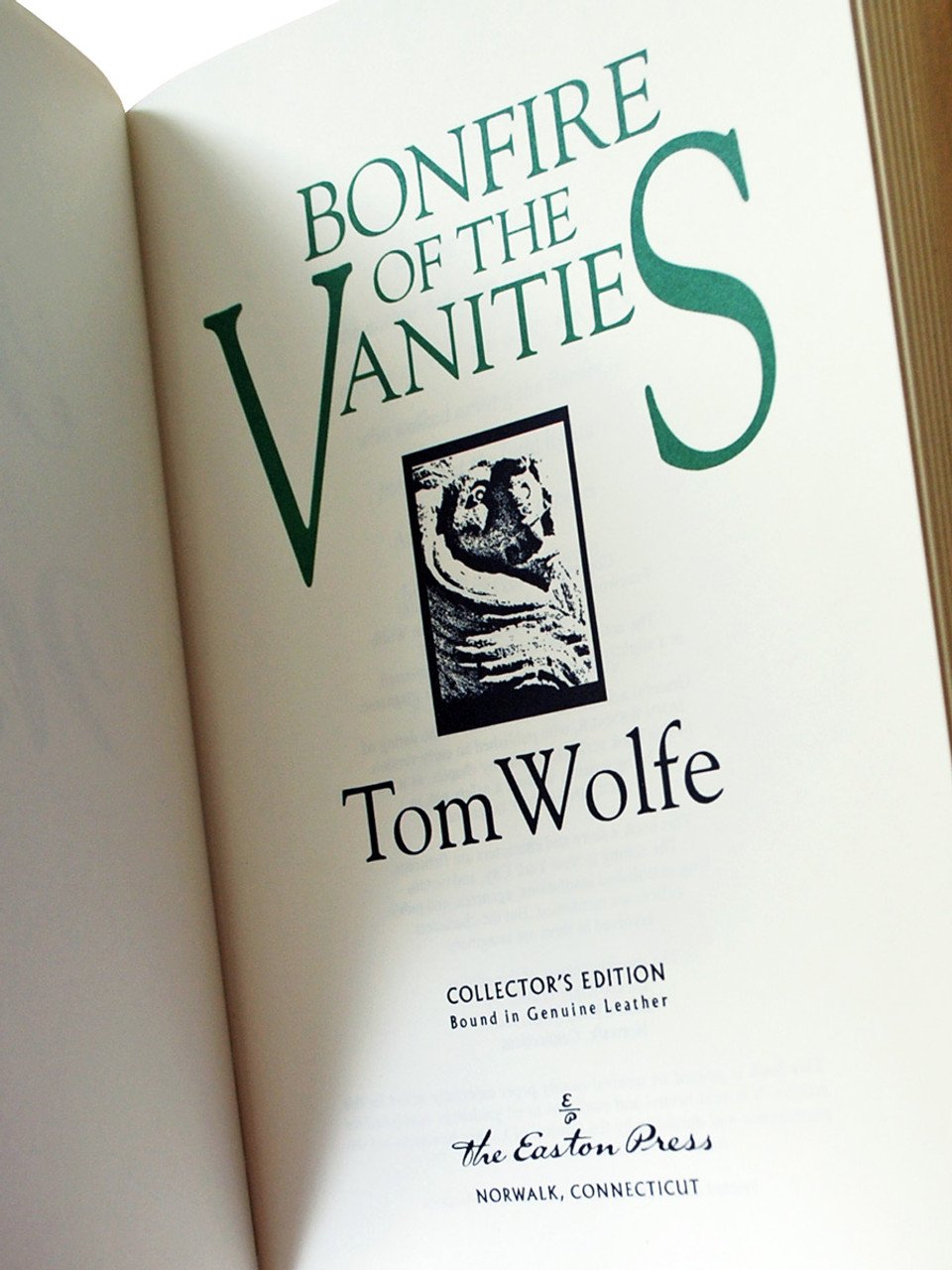 A Rare Set for the Discerning Collector

Easton Press Norwalk, CT. Tom Wolfe. "The Right Stuff", "The Electric Kool-Aid Acid Test", "The Bonfire of the Vanities". Three volume limited edition. Each edition is luxuriously bound in full genuine leather. A matching set. Sealed for two volumes. All photos of actual set. A rare set for the collector.

The Electric Kool-Aid Acid Test is a 1968 nonfiction book by Tom Wolfe. The book is a popular example of the New Journalism literary style. Wolfe presents a firsthand account of the experiences of Ken Kesey and his band of Merry Pranksters, who traveled across the US in a colorfully painted school bus, the Furthur, whose name was painted on the destination sign, indicating the general ethos of the Pranksters. Kesey and the Pranksters became famous for their use of psychedelic drugs such as LSD in order to achieve expansion of their consciousness. The book chronicles the Acid Tests (parties with LSD-laced Kool-Aid), encounters with notable figures of the time (Hells Angels, Grateful Dead, Allen Ginsberg) and describes Kesey's exile to Mexico and his arrests.

THE BONFIRE OF VANITIES

The novel was originally conceived as a serial in the style of Charles Dickens' writings: It ran in 27 installments in Rolling Stone starting in 1984. Wolfe heavily revised it before it was published in book form. The novel was a bestseller and a phenomenal success, even in comparison with Wolfe's other books. It has often been called the quintessential novel of the 1980s,[1] and in 1990 was adapted into a film of the same name by Brian De Palma.

The Right Stuff is a 1979 book by Tom Wolfe about the pilots engaged in U.S. postwar research with experimental rocket-powered, high-speed aircraft as well as documenting the stories of the first Project Mercury astronauts selected for the NASA space program. The Right Stuff is based on extensive research by Wolfe, who interviewed test pilots, the astronauts and their wives, among others. The story contrasts the "Mercury Seven" and their families with other test pilots such as Chuck Yeager, who was considered by many contemporaries as the best of them all, but who was never selected as an astronaut.

Wolfe wrote that the book was inspired by the desire to find out why the astronauts accepted the danger of space flight. He recounts the enormous risks that test pilots were already taking, and the mental and physical characteristics—the titular "right stuff"—required for and reinforced by their jobs. Wolfe likens the astronauts to "single combat warriors" from an earlier era who received the honor and adoration of their people before going forth to fight on their behalf.

Thomas Kennerly Wolfe Jr. (March 2, 1930 – May 14, 2018)[a] was an American author and journalist widely known for his association with New Journalism, a style of news writing and journalism developed in the 1960s and 1970s that incorporated literary techniques.

Wolfe began his career as a regional newspaper reporter in the 1950s, achieving national prominence in the 1960s following the publication of such best-selling books as The Electric Kool-Aid Acid Test (a highly experimental account of Ken Kesey and the Merry Pranksters) and two collections of articles and essays, Radical Chic & Mau-Mauing the Flak Catchers and The Kandy-Kolored Tangerine-Flake Streamline Baby. In 1979, he published the influential book The Right Stuff about the Mercury Seven astronauts, which was made into a 1983 film of the same name directed by Philip Kaufman.

His first novel, The Bonfire of the Vanities, published in 1987, was met with critical acclaim and also became a commercial success. It was adapted as a major motion picture of the same name directed by Brian De Palma.

VERY FINE GUARANTEED. Sealed for two volumes. . Very Fine without any flaws. As New. A wonderful bring clean copy without any other marks, writings , or stamps. Clean & straight boards. No attached bookplates or indication of any removed. A well-cared for book, protected from any potential damage. Unread with square and tight spine. The third volume, Bonfire of the Vanities is not sealed but Near Fine + with a couple of light superficial marks across the gilded page edges. All photos of actual set.